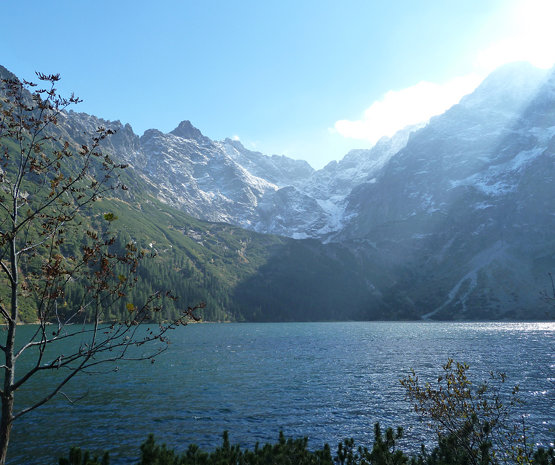 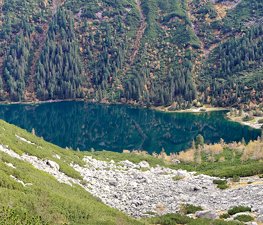 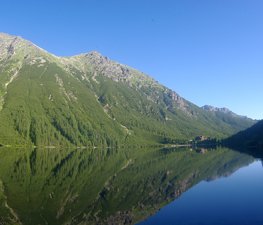 Morskie Oko (Slovak Morské oko; Hungarian Halastó literally "Marine Eye") is the largest and fourth deepest lake in the Tatra Mountains. It is located in the Lesser Poland Voivodeship. It is situated in the Rybi Potok Valley, at the base of the Mięguszowiecki Summits, and deep within the Tatra National Park.

The peaks that ring the lake rise about 1,000 meters above its surface; one of them is Rysy (2,499 meters), the highest peak in the Polish Tatras. Beside Mięguszowieckie Szczyty (including Mięguszowiecki Szczyt Wielki, 2,438 meters), farther away and slightly to the left, is the distinctive, slender Mnich (“Monk,” 2,068 meters). Many Swiss Pines also grow around the lake.

In the past, Morskie Oko was called "Rybie Jezioro" ("Fish Lake") due to its natural stock of fish, which are uncommon in Tatra lakes and ponds. In the clear depths of the water, one can easily notice trout - so called "famine" trout - that live in the lake. The name "Morskie Oko" translates to "Marine Eye"; this is derived from an old legend, according to which the lake was connected to the sea via an underground passage.

The hut of the Polish Tourist Country-Lovers' Society (PTTK) stands on the moraine that closes the lake from the north. The hut is situated 1,405 meters above sea level and belongs to the oldest Tatra chalets. The hut is named after Stanisław Staszic, who explored the lake in 1805. It is a point of departure for hikes to Rysy and Szpiglasowa Przełęcz. Nearby is the Stare Schronisko ("Old Shelter"), originally a coachhouse. Both buildings have been granted historical status.

Morskie Oko is one of the most popular destinations in the Tatras, often receiving over 50,000 visitors during the vacation season. It is reached by foot in about two hours from the nearest road that allows motorized access. Many other tourists opt to take the journey by horse-drawn cart, a large number of which are operated by the local Górale inhabitants. In winter, a short section of the journey is in an avalanche danger zone, and the area can remain cold and rainy even in summer. In the advent of its popularity, visitors have been forbidden from swimming in the lake or feeding the trout.

The earliest documents in which Morskie Oko is mentioned date back to 1575.

In 1637, the Polish king Władysław IV granted Wladyslaw Nowobilski the right to use the pastures adjoining the area.

At the end of the nineteenth century, a boundary dispute arose between Galicia and Hungary over property rights to the lake and adjoining area (the so-called Morskie Oko dispute). The Court of Conciliation in Graz ruled in favor of the Poles; this event is credited to Oswald Balzer, who represented the Galicia government.

In 1902, a road from Zakopane was completed: the Oswald Balzer Road.

Since 1933, the lake has been owned by the Polish state.

This article incorporates information from the revision as of July 2006 of on the .

Erika Belényesi-Kiss
This is a very beautiful place, you have to visit it. It is an easy but long way to go up but it's worth to see. You could take the journey by horse-drawn cart but it is not that cheap...

Beatriz Torralbo
2 and half hours by foot to arrive there, but it's worth it only for the views when u arrive there. Take a break on the top and go around the lake you will found more routes and even waterfalls

Nelson Palma
Although is always full of people, you can still enjoy the views peacefully. Just don't stay on the "entrance", next to the hotel. Follow one of the paths that go round the lake to find a quiet spot.

Domunix Celiny
Morski Oko is a great day of walking, don't bother with the horse carriages on the way since most of the way is asphalt anyway. The restaurant prepares polish food on the top fairly quickly.

Wielka Krokiew (The Great Krokiew) is a ski jumping venue in

The Villa Atma (Polish Willa Atma) in Zakopane, Poland, is a historic

Bystrá is the highest mountain in the Western Tatras in Slovakia, 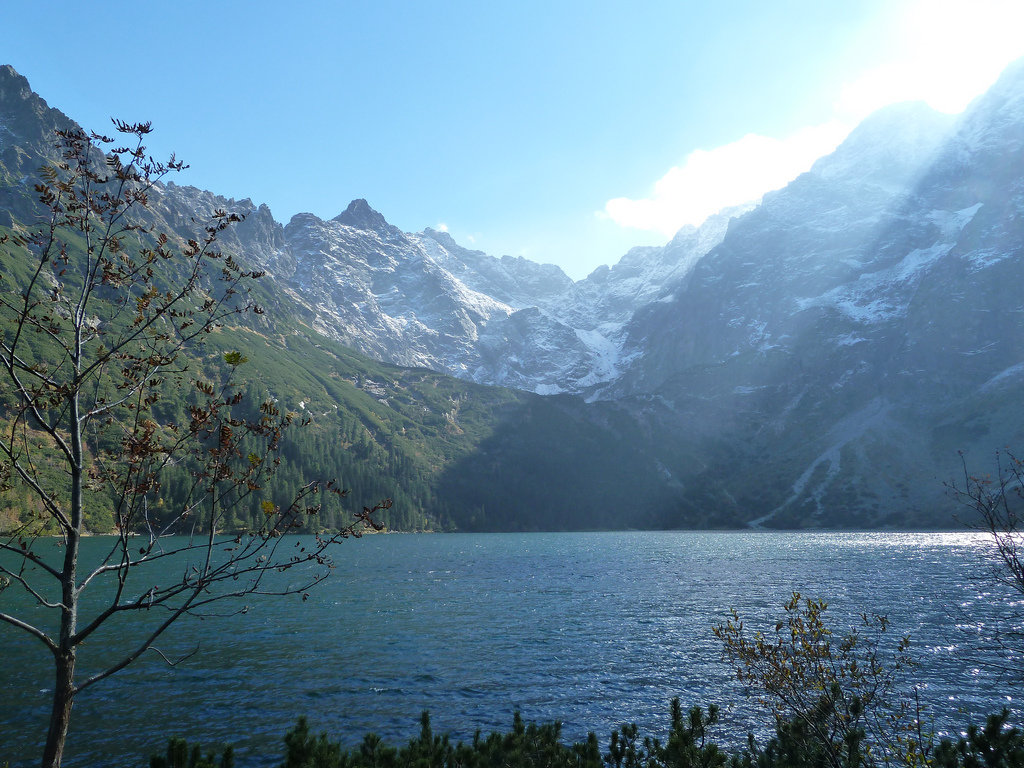 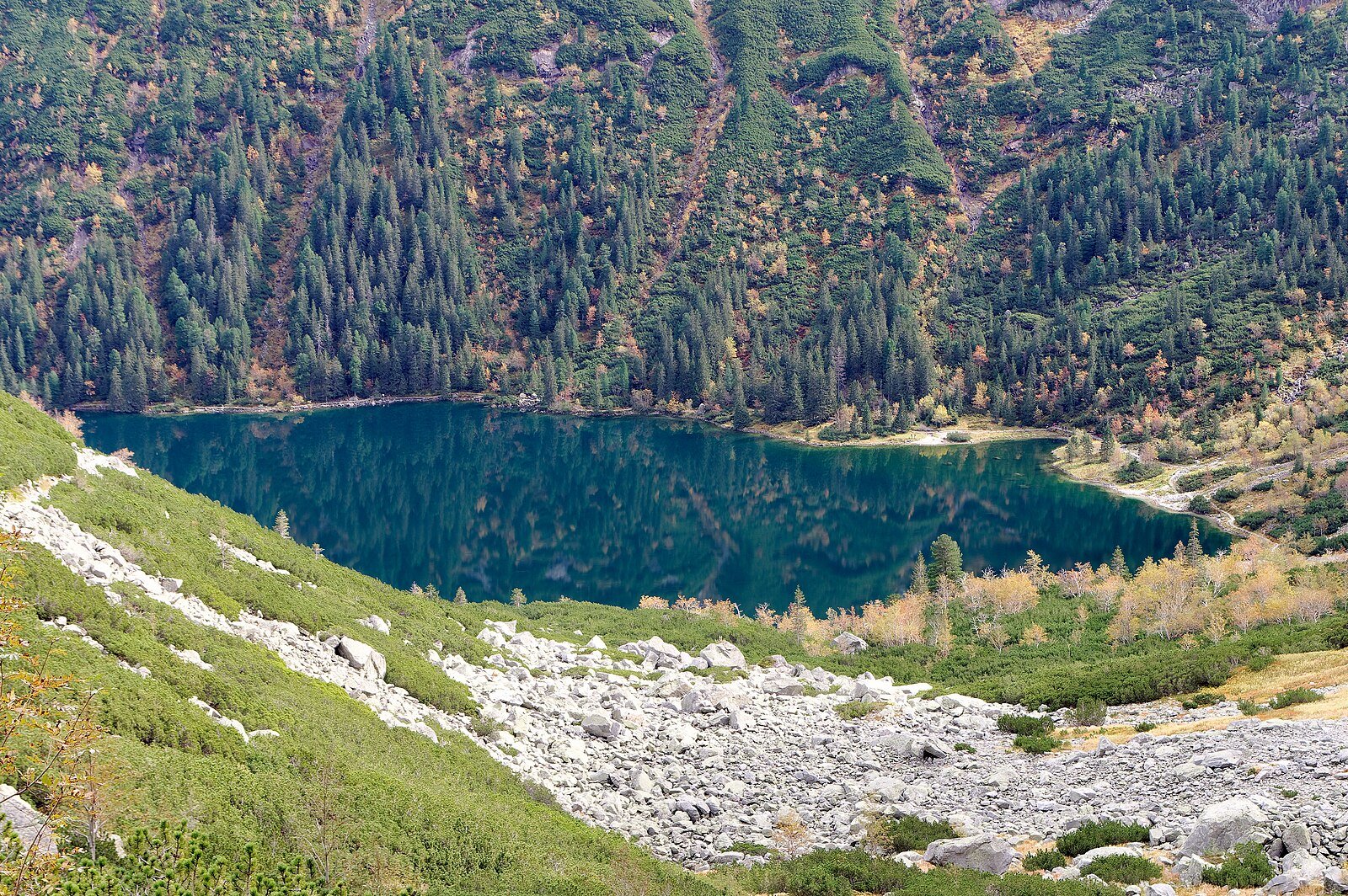 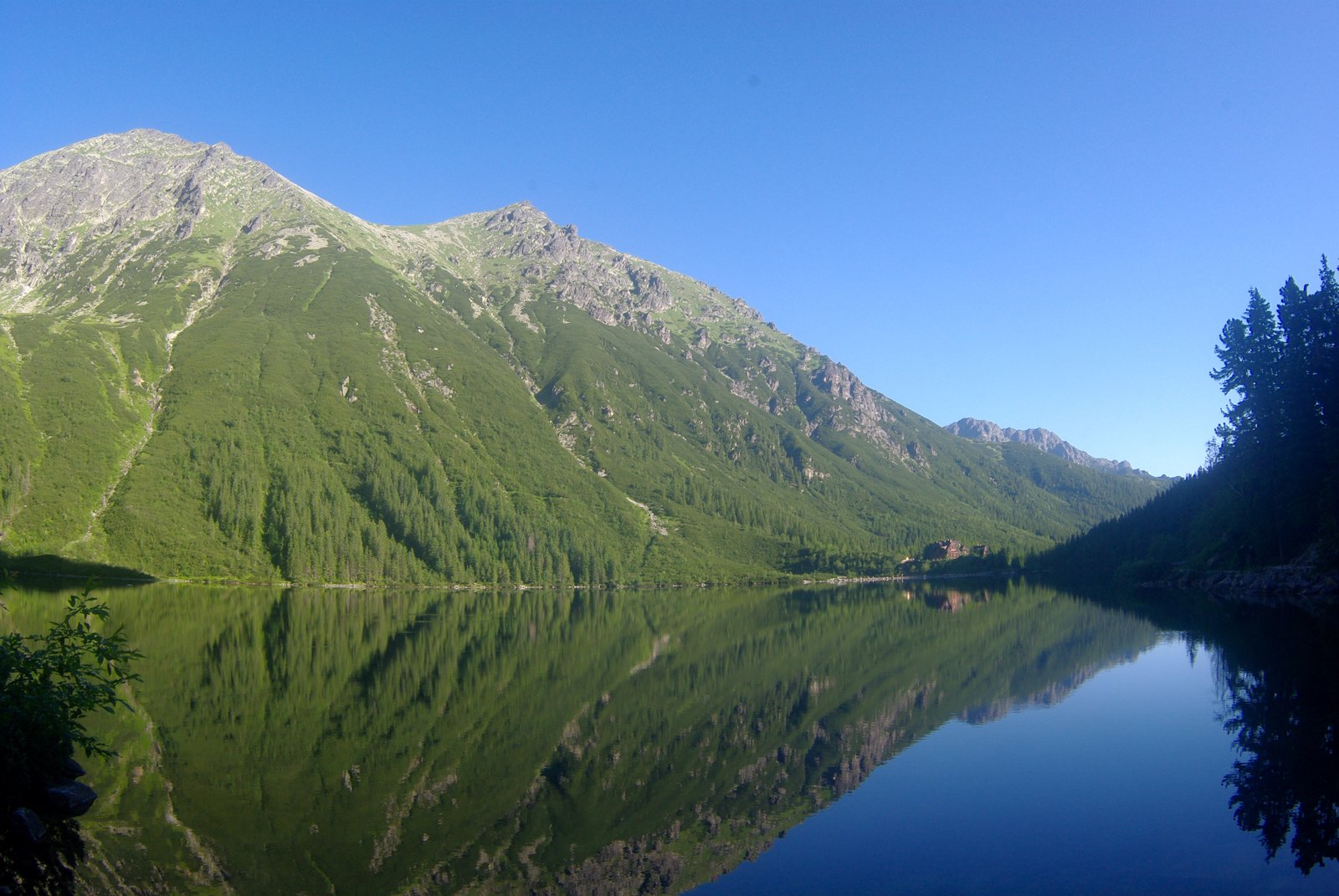 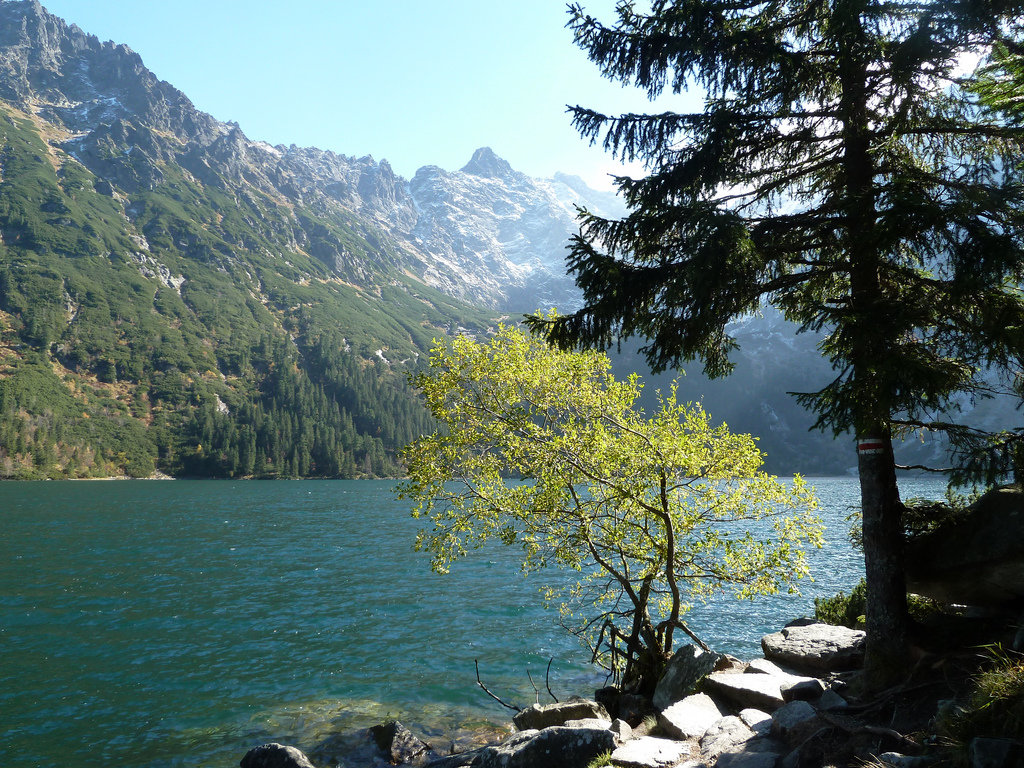