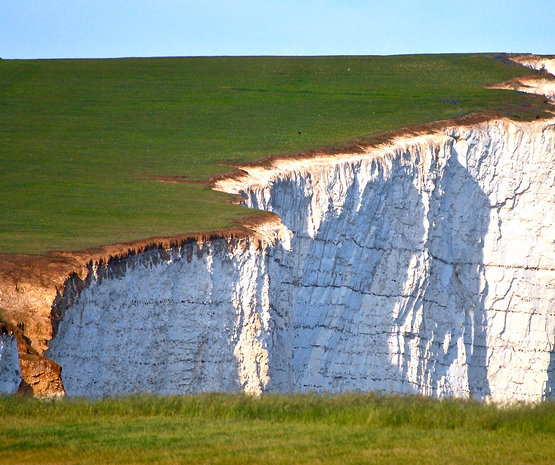 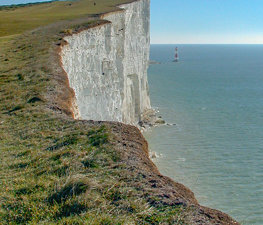 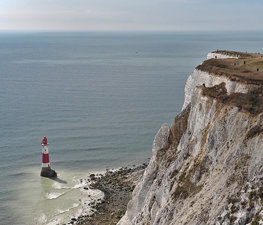 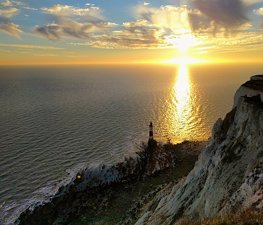 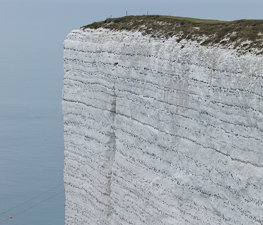 Beachy Head is a chalk headland in Southern England, close to the town of Eastbourne in the county of East Sussex, immediately east of the Seven Sisters. The cliff there is the highest chalk sea cliff in Britain, rising to 162 m (530 ft) above sea level. The peak allows views of the south east coast from Dungeness to the east, to Selsey Bill in the west. Its height has also made it one of the most notorious suicide spots in the world.

The chalk was formed in the Late Cretaceous period, between 65 and 100 million years ago, when the area was under the sea. During the Cenozoic Era the chalk was uplifted (see Cenozoic Era). When the last Ice Age ended, sea levels rose and the English Channel formed, cutting into the chalk to form the dramatic cliffs along the Sussex coast.

Wave action contributes towards the erosion of cliffs around Beachy Head, which experience frequent small rock falls. Since chalk forms in layers separated by contiguous bands of flints, the physical structure affects how the cliffs erode. Wave action undermines the lower cliffs, causing frequent slab failures - slabs from layers of chalk break off, undermining the upper parts of the cliffs, which eventually collapse. In contrast to small rock falls, mass movements are less common. A mass movement happened in 2001 when, after a winter of heavy rain, the water had begun to seep into the cracks which had frozen and caused the cracks to widen. This then made the cliff edge erode and collapse into the sea.

The name Beachy Head appears as 'Beauchef' in 1274, and was 'Beaucheif' in 1317, becoming consistently Beachy Head by 1724, and has nothing to do with beach. Instead it is a corruption of the original French words meaning "beautiful headland".

In 1929 Eastbourne bought Шаблон:Convert of land surrounding Beachy Head to save it from development at a cost of about £100,000.

The prominence of Beachy Head has made it a landmark for sailors in the English Channel. It is noted as such in the sea shanty Spanish Ladies:

Beachy Head — s__i @ Flickr
"The first land we sighted was called the Dodman, Next Rame Head off Plymouth, off Portsmouth the Wight; We sailed by Beachy, by Fairlight and Dover, And then we bore up for the South Foreland light."

The ashes of German social scientist and philosopher Friedrich Engels, one of the fathers of communism, were scattered off the cliffs at Beachy Head into the Channel, as he had requested.

Because mist and low clouds could hide the light of Belle Tout, another lighthouse was built in the sea below Beachy Head. It was Шаблон:Convert in height and became operational in October 1902. For more than 80 years, the red-and-white striped tower was manned by three lighthouse keepers. Their job was to maintain the light, which rotates two white flashes every 20 seconds was then visible Шаблон:Convert out to sea. The lighthouse was fully automated in 1983 and the keepers withdrawn.

In June 2010, Trinity House announced in the five yearly "Aids To Navigation Review" that the light range would be reduced to Шаблон:Convert and the fog signal discontinued. In February 2011, the work was undertaken and light range reduced by the installation of a new LED navigation light system. The fog signal was discontinued at this time.

In 2011 Trinity House announced that it could no longer afford to repaint the distinctive red and white stripes and that it would have to be left to return to its natural granite grey. It stated that because boats now have high tech navigational systems the day marker stripes are no longer essential. However, a sponsored campaign to keep the stripes was launched in October 2011.

The third day of fighting in the Battle of Portland in 1653 took place off Beachy Head during the First Anglo-Dutch War. The Battle of Beachy Head in 1690 was a naval engagement during the Nine Years' War. During World War II, the RAF established a forward relay station at Beachy Head to improve radio communications with aircraft. In 1942, signals were picked up at Beachy Head which were identified as TV transmissions from the Eiffel Tower. The Germans had reactivated the pre-war TV transmitter and instituted a Franco-German service for military hospitals and VIPs in the Paris region. The RAF monitored these programmes hoping (in vain) to gather intelligence from newsreels. There was also an important wartime radar station in the area and, during the Cold War, a radar control centre was operational in an underground bunker from 1953 to 1957.

West from Belle Tout, the cliffs drop down to Birling Gap, and beyond that the Seven Sisters. The area is a popular tourist attraction. Birling Gap has a restaurant and, in the summer, multiple ice cream vans serve the area.

There are an estimated 20 deaths a year at Beachy Head. The Beachy Head Chaplaincy Team conducts regular day and evening patrols of the area in attempts to locate and stop potential jumpers. Workers at the pub and taxi drivers are also on the look-out for potential victims, and there are posted signs with the telephone number of Samaritans urging potential jumpers to call them. Deaths at the site are well-covered by the media; Ross Hardy, the founder of the chaplaincy team, said this encouraged people to come and jump off. Worldwide, the landmark’s suicide rate is surpassed only by the Golden Gate Bridge in San Francisco and the Aokigahara Woods in Japan, according to Thomas Meaney of The Wall Street Journal.

After a steady increase in deaths between 2002 and 2005, in 2006 there were only seven fatalities, a marked decrease. The Maritime and Coastguard Agency (whose Coastguard Rescue Teams are responsible for the rescue of injured jumpers and the recovery of the deceased) attributed the reduction to the work of the Chaplaincy Team and good coverage of services by local media. In 2008 at least 26 people died at the site. Between 1965 and 1979, there were 124 deaths at the location. Of these, S J Surtees wrote that 115 were "almost certainly" suicides (although a coroner's verdict of suicide was recorded in only 58), and that 61 percent of the victims were from outside East Sussex. The earliest reports of deaths come from the 7th century.

Use in entertainment and media

In literature and publications

In 2001, Channel Four planned a series of programmes focusing on suicide, none of which was broadcast. The series included a film about Beachy Head, an hour-long documentary on the strange allure of this beauty spot by Roel van Broekhoven.

Steve Lewington
Look across the bay towards Eastbourne, the pier etc. Nice drive through beautiful open countryside. Usually lots of sheep to be seen.

Filmsquare
In the opening sequence of The Living Daylights (1987) a smoke-filled, burning, explosive-laden Land Rover flies off a cliff scripted as Gibraltar, but filmed at Beachy Head, with James Bond inside.

Ann Longley
If you don't have time to walk there, you can take the 13x bus from Brighton.

Beachy Head Lighthouse was built in the sea below Beachy Head. It is

Birling Gap is a coastal hamlet within the parish. It is situated on

Eastbourne Redoubt is a circular coastal defence fort at Eastbourne,

Seven Sisters Cliffs is a tourist attraction, one of the Scenic

The Seaford Museum of Local History was established at its present

Anderitum was a Saxon Shore Fort in the Roman province of Britannia.

Blowing Rock is a rocky outcropping at the town of Blowing Rock, North

Old Harry Rocks are three chalk formations, including a stack and a

Add to wishlist
I've been here
Visited
Rock of Gibraltar 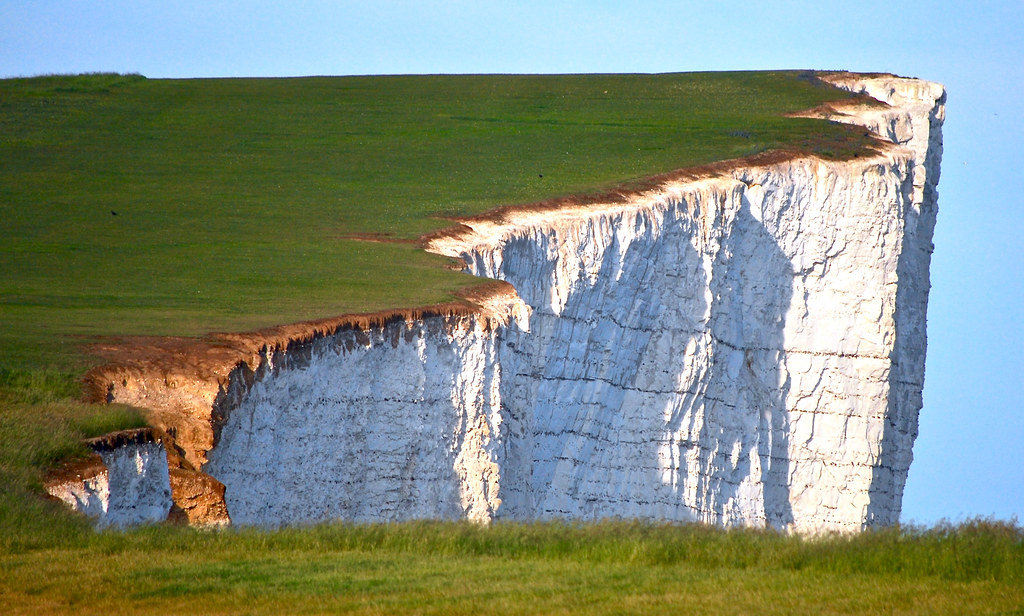 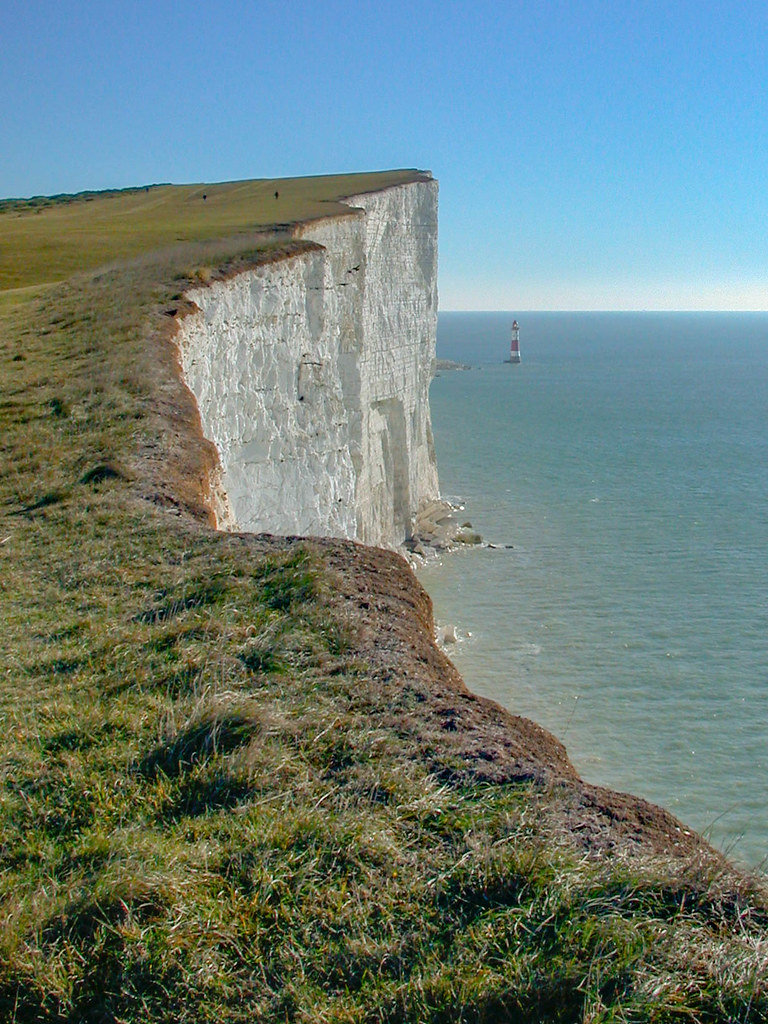 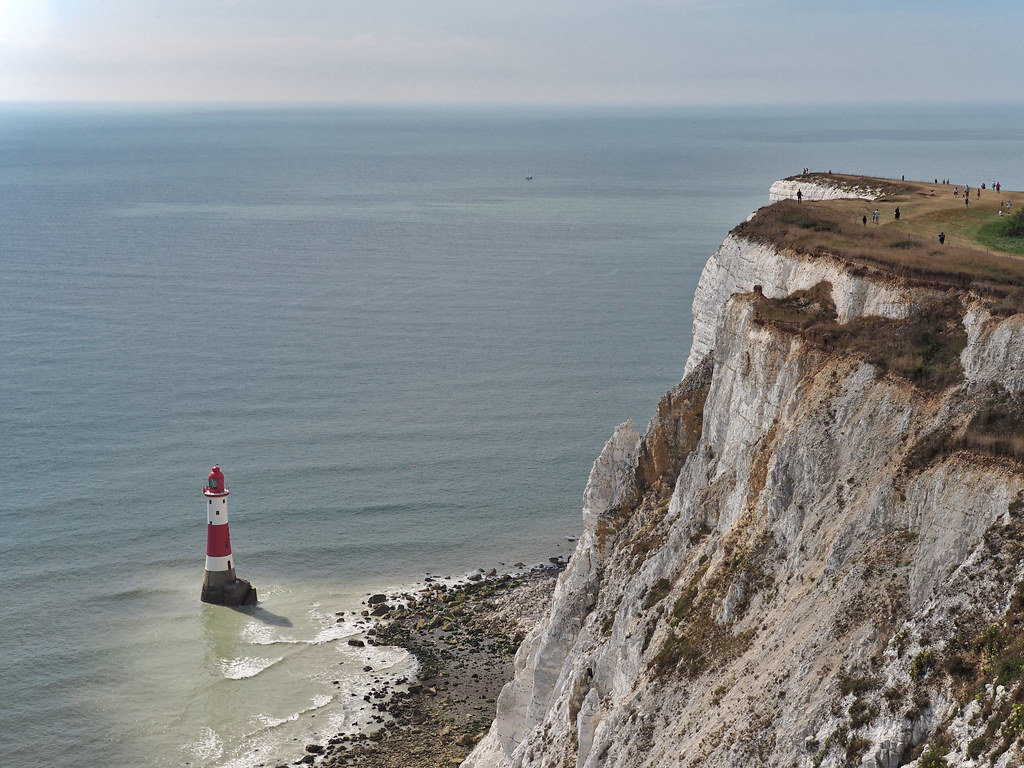 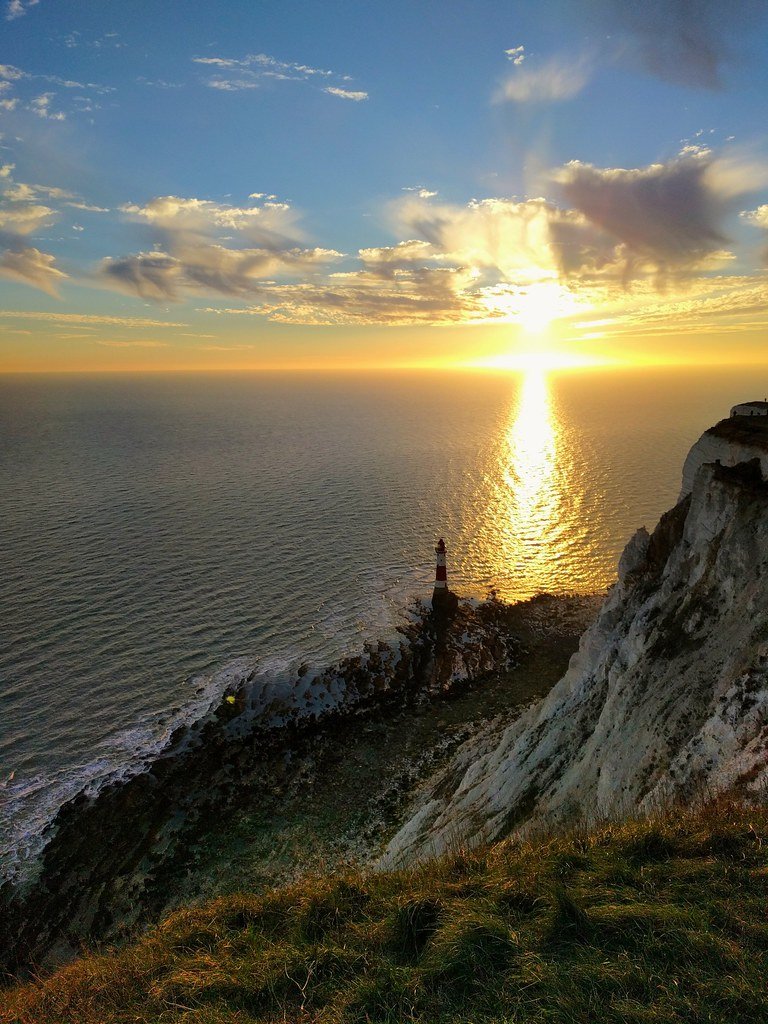 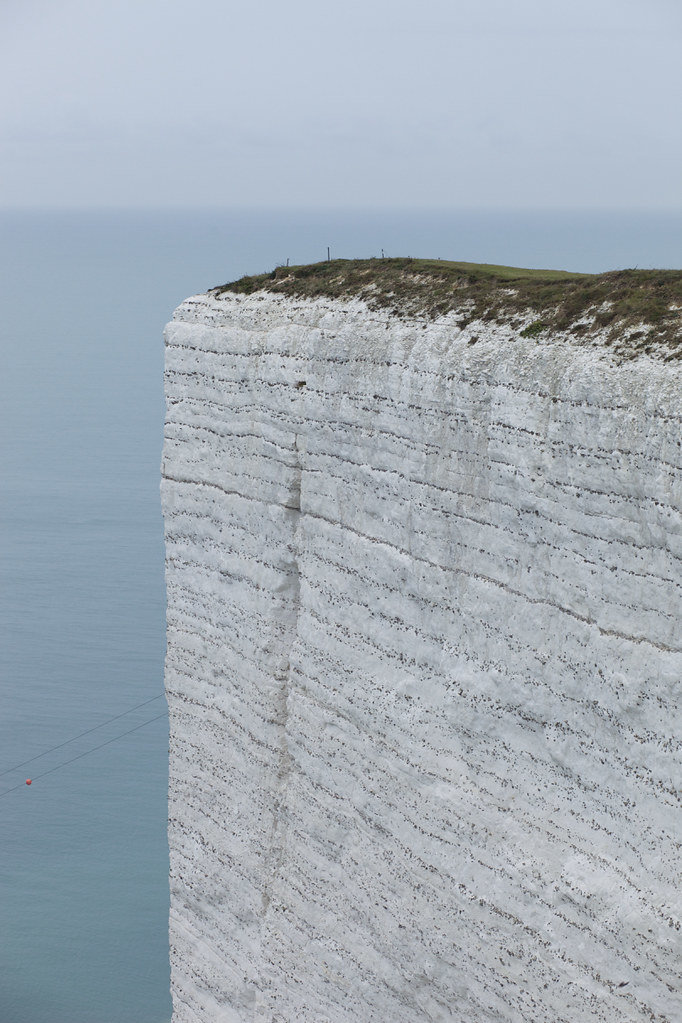 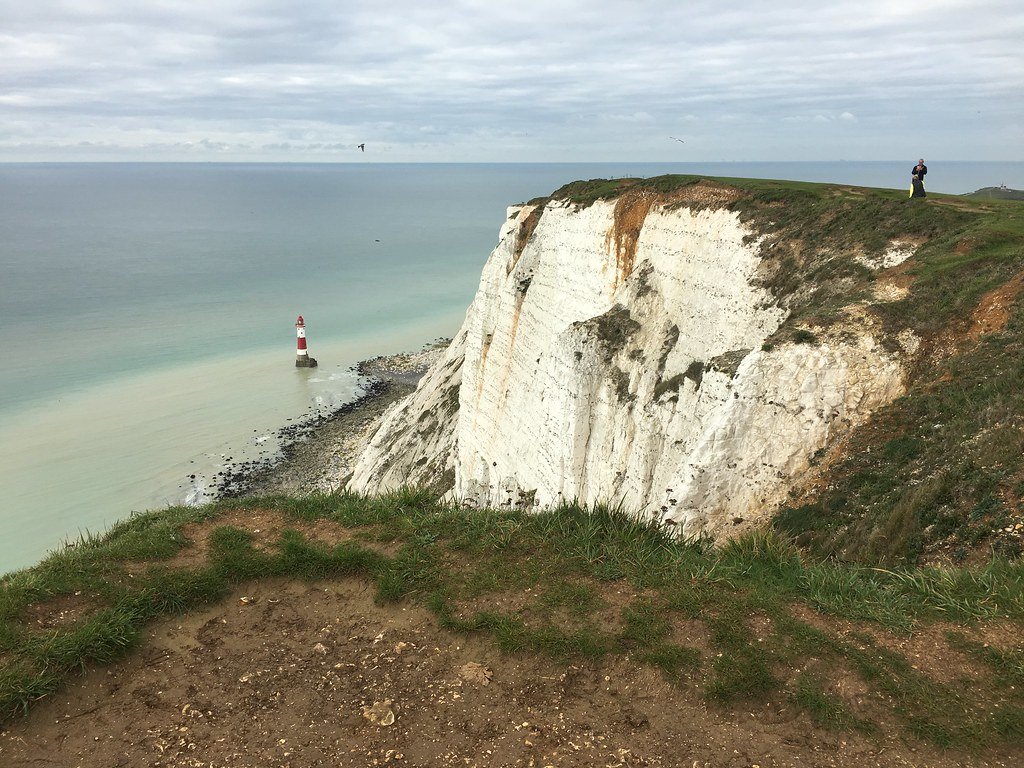 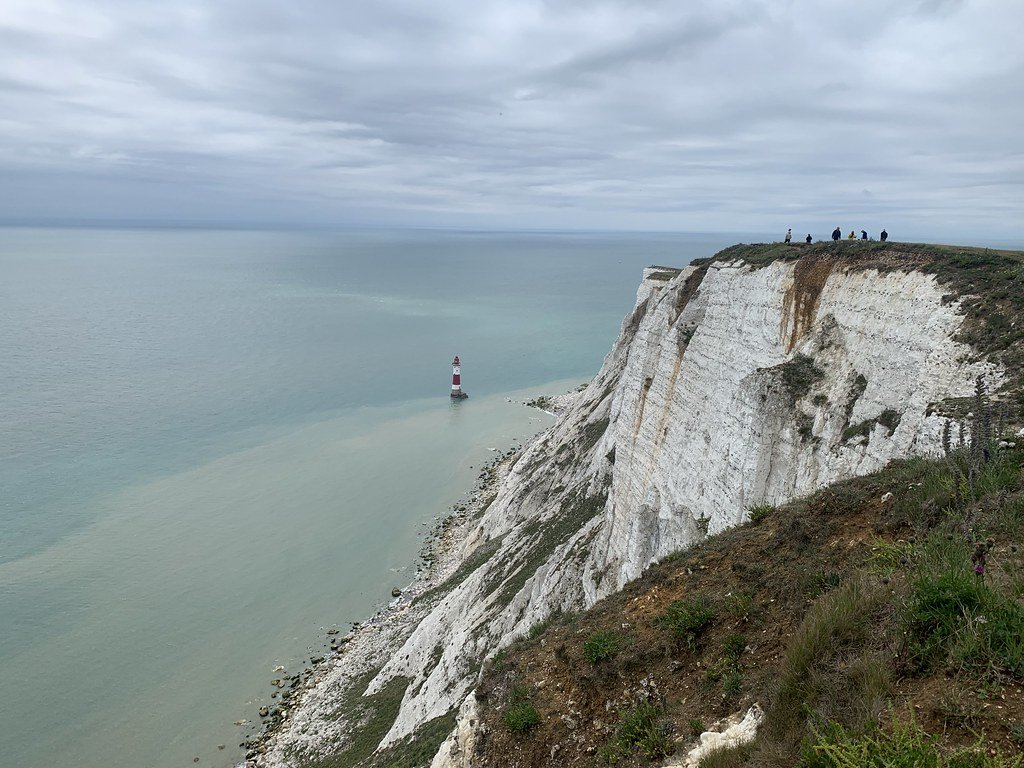 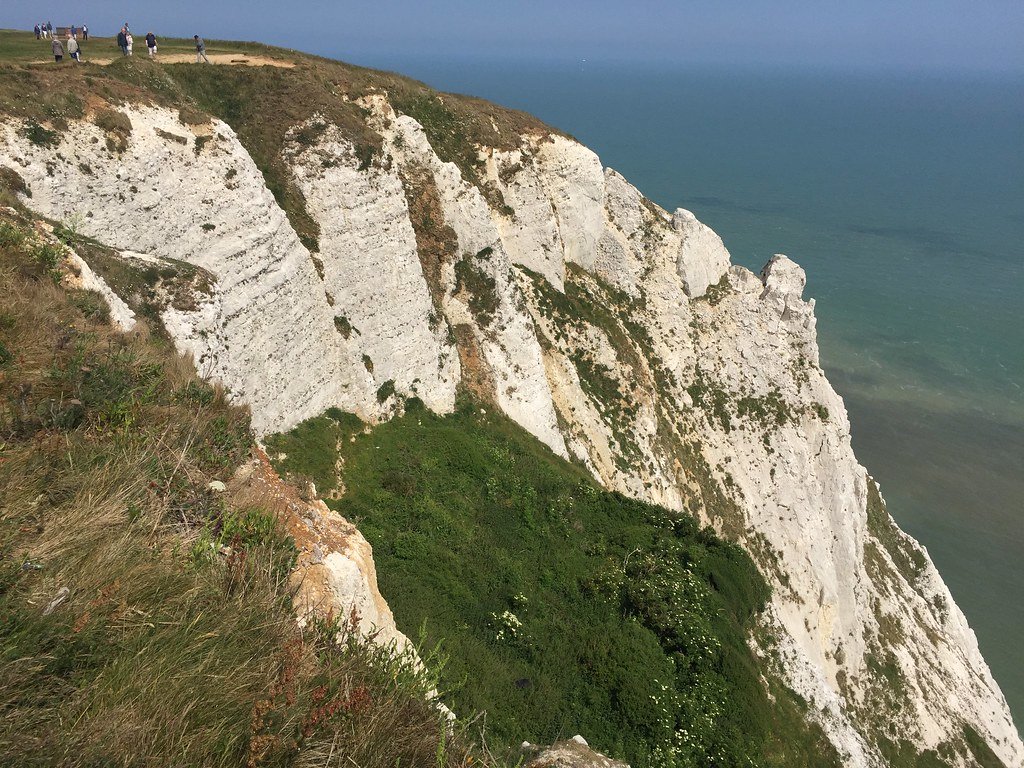 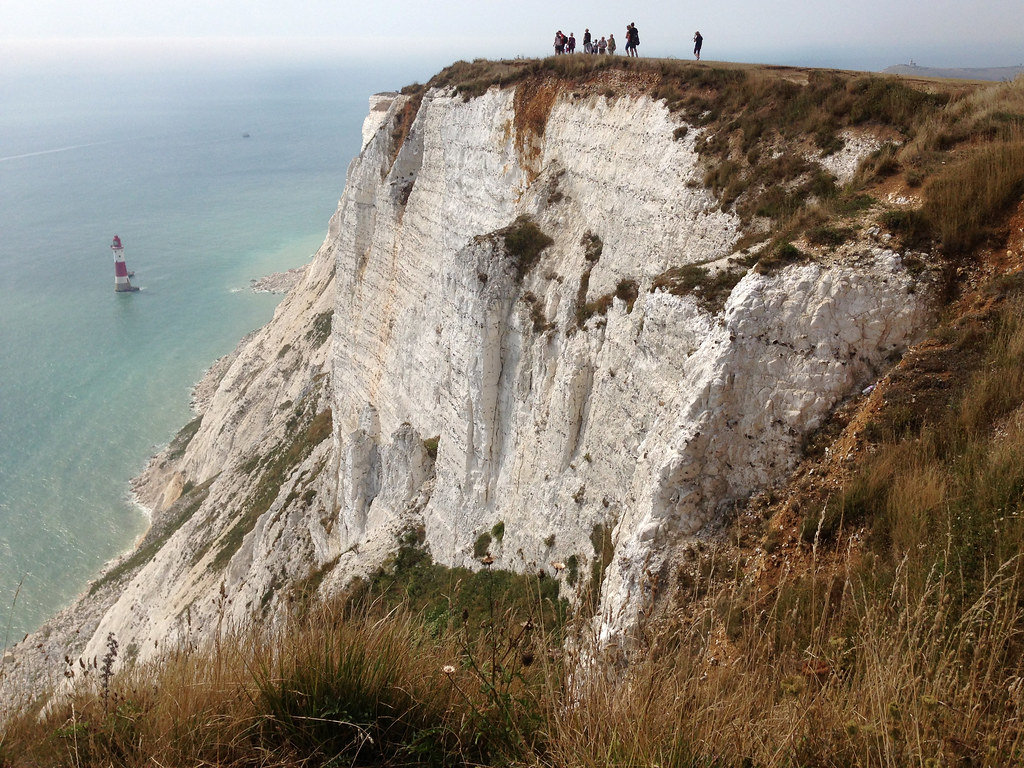 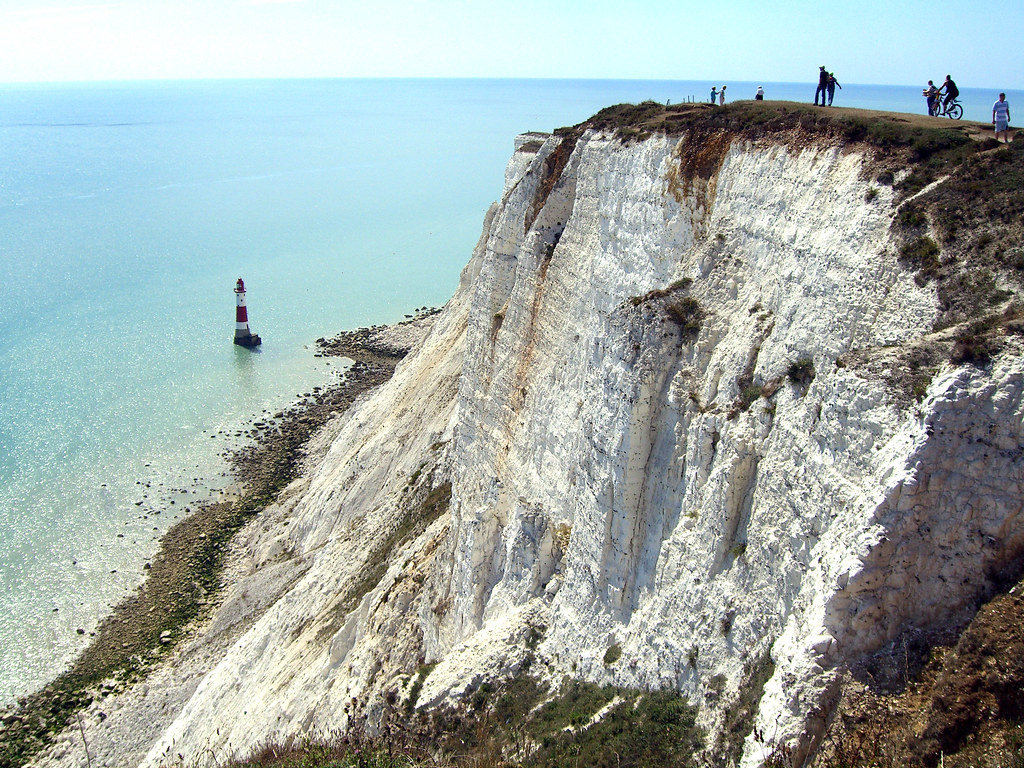 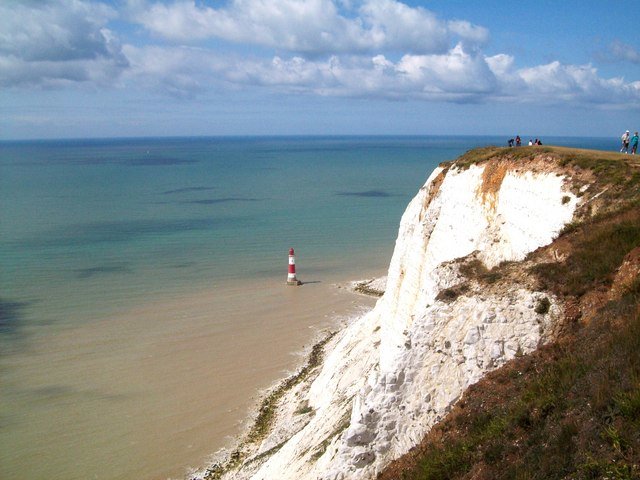 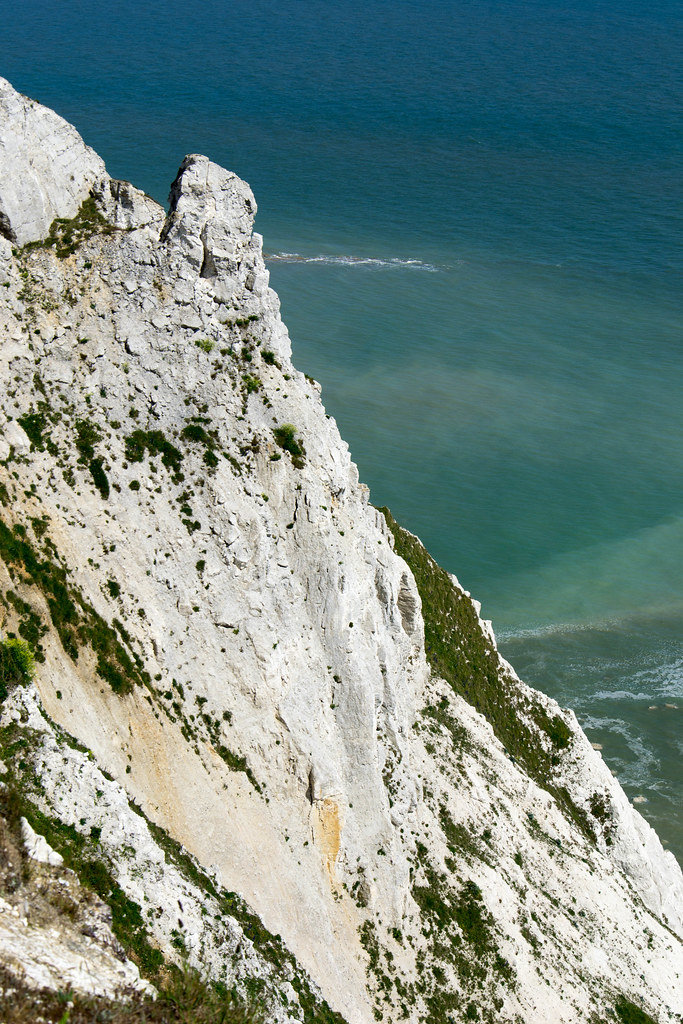 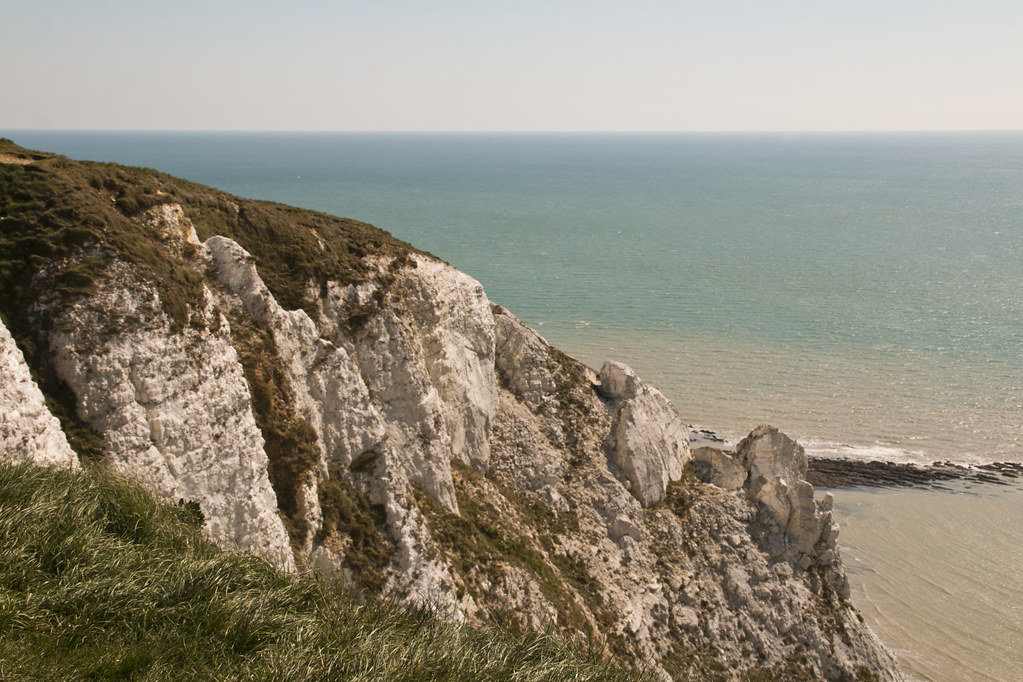 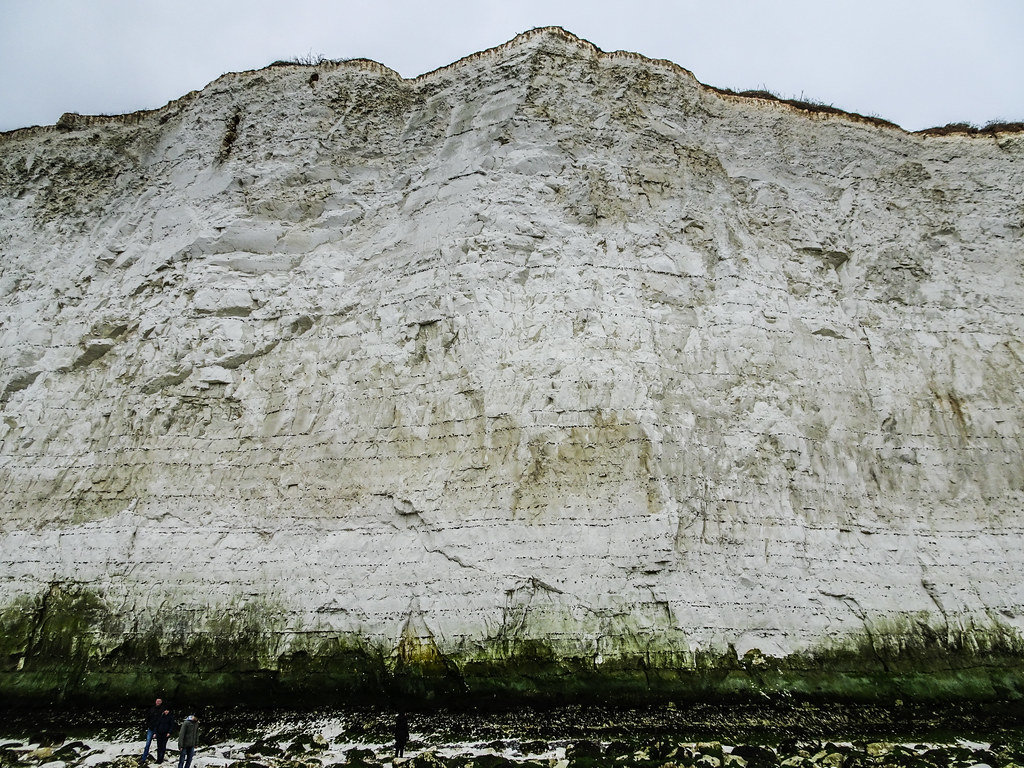 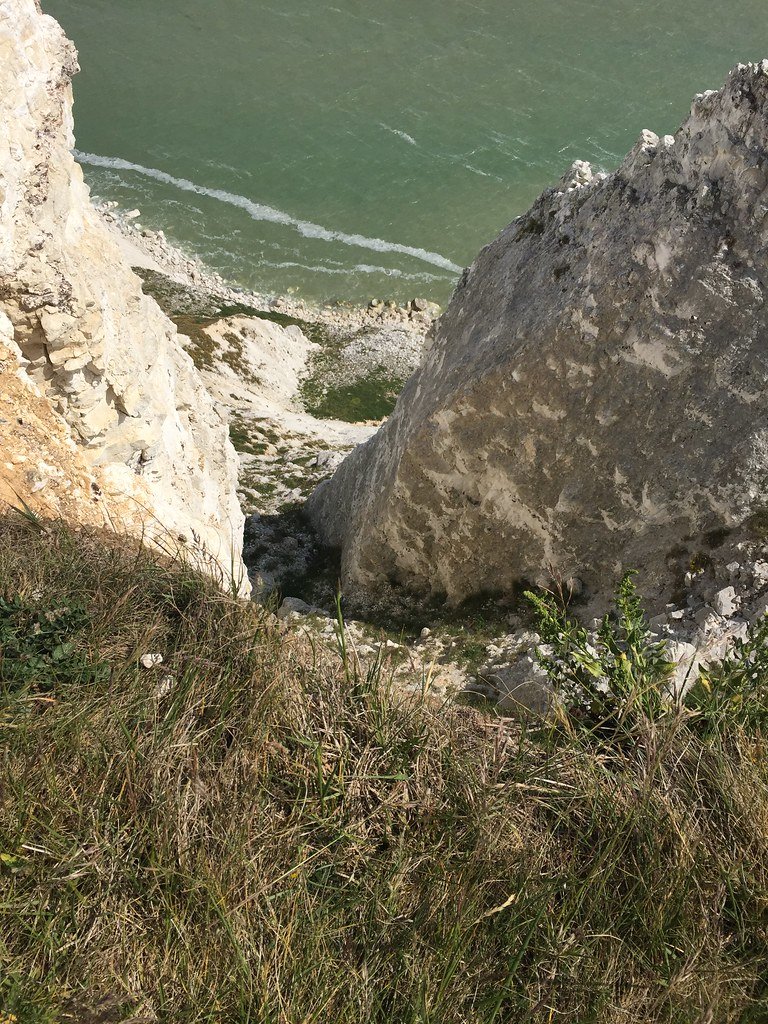 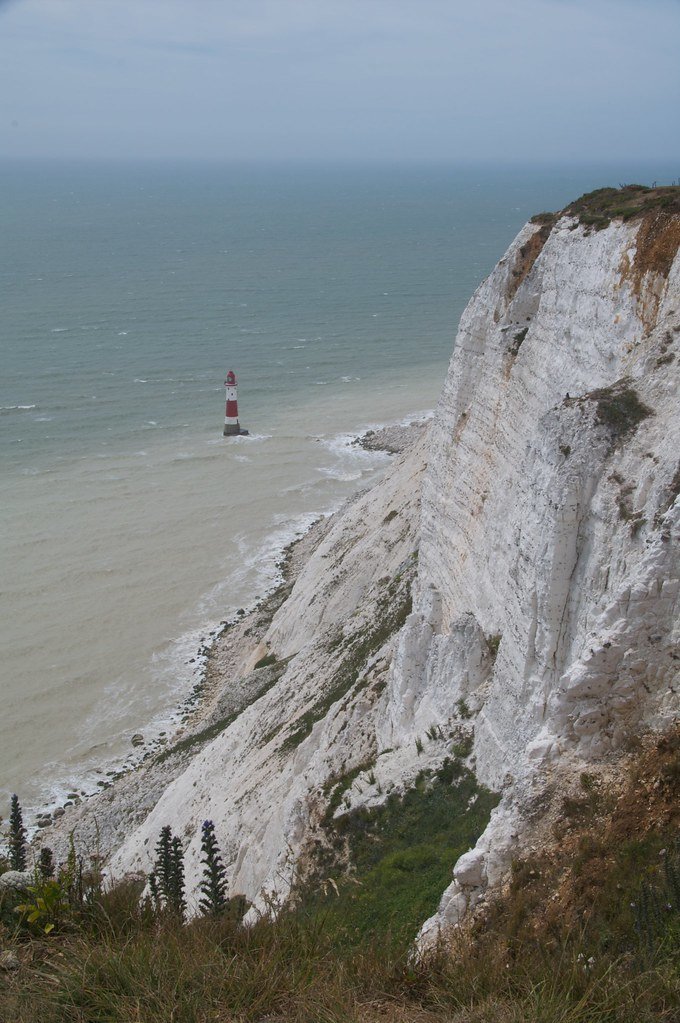 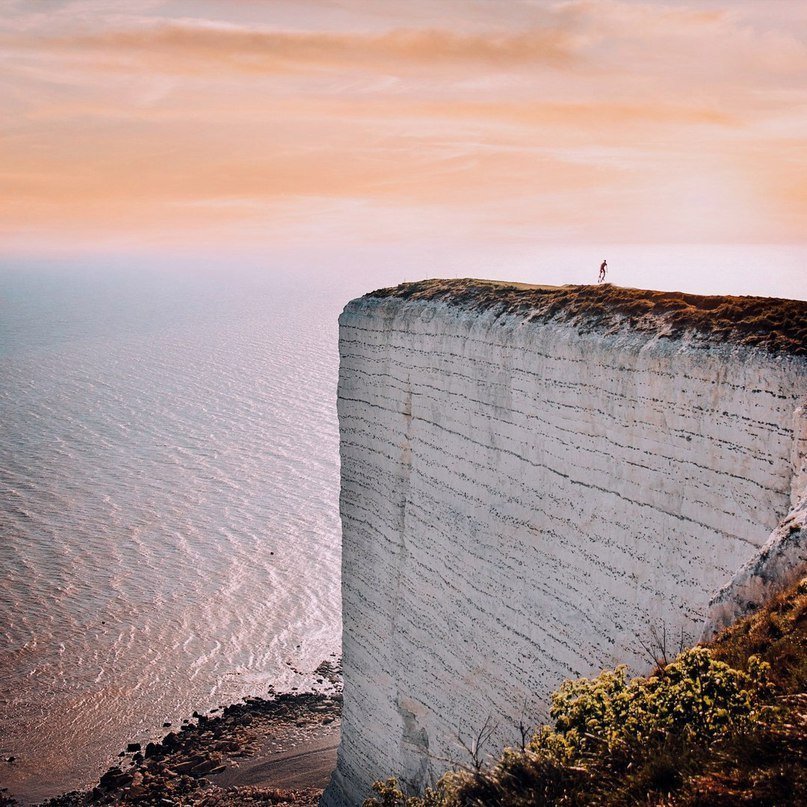 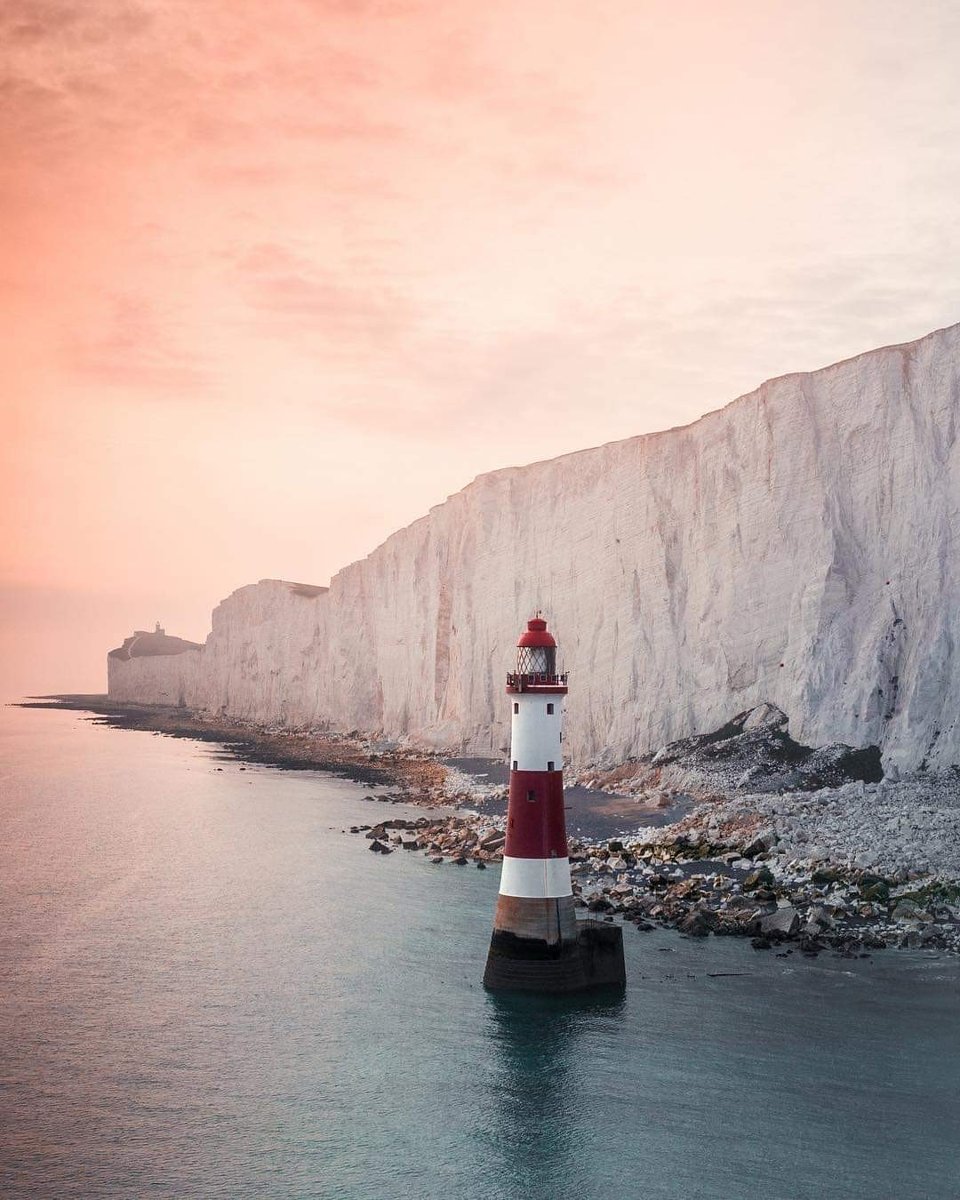 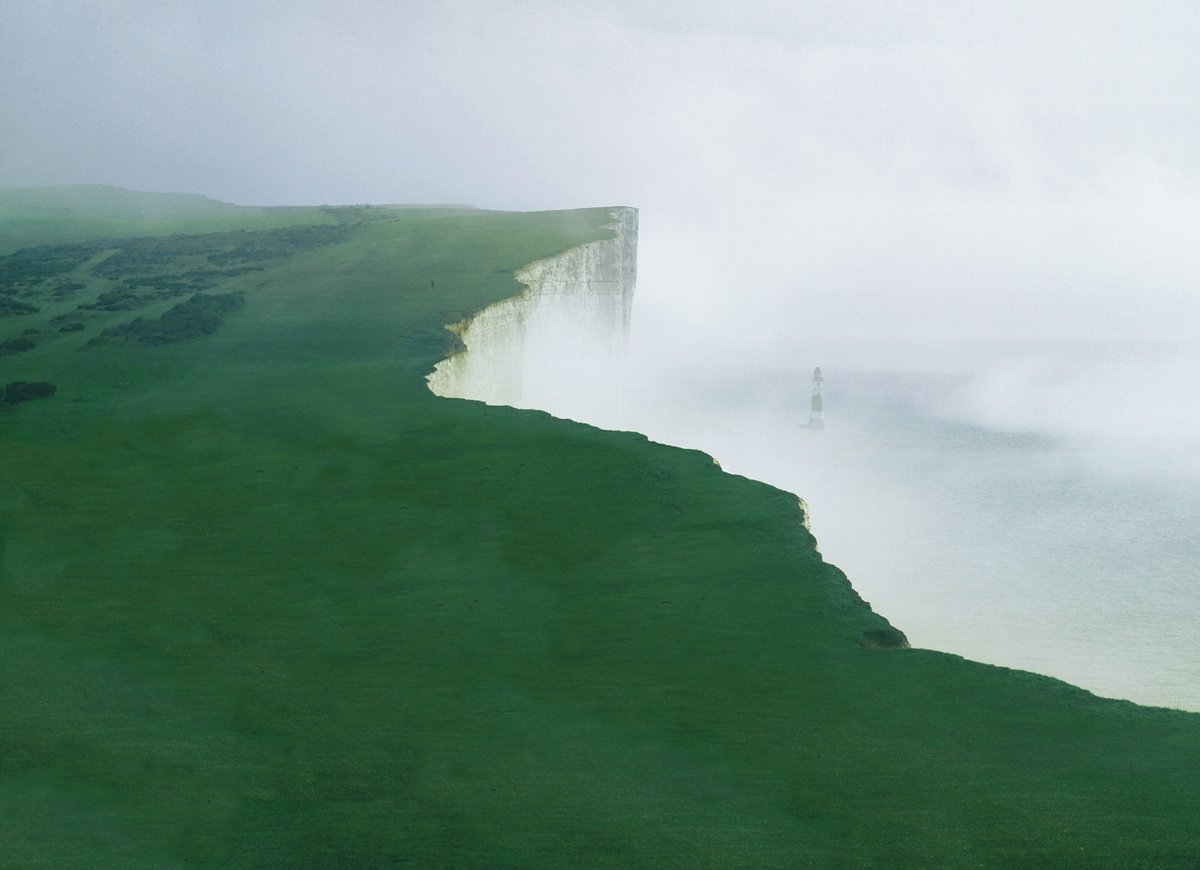 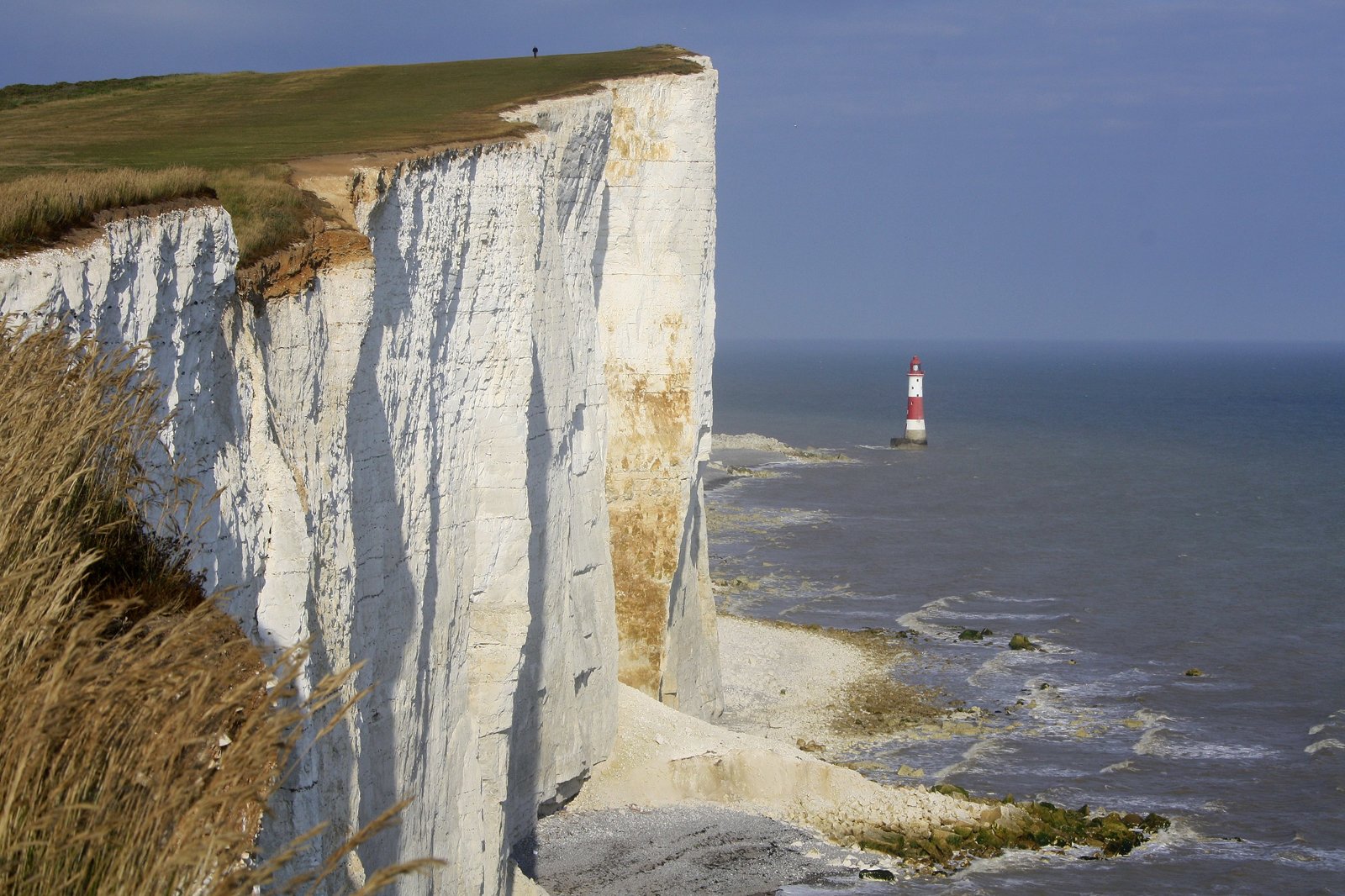 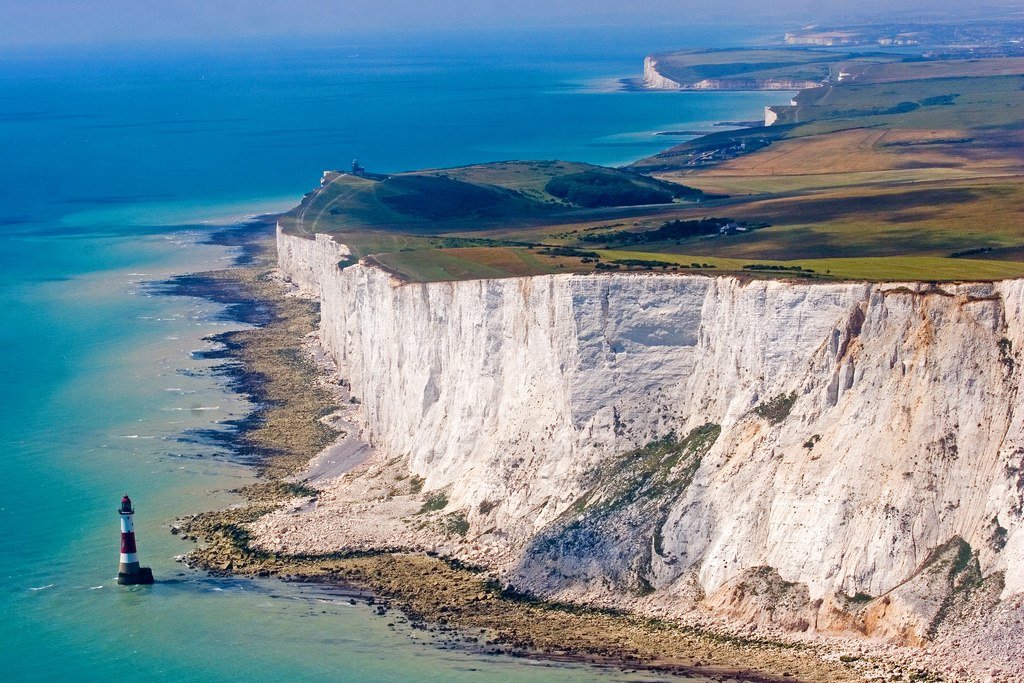