×
What are you looking for?
See all results
Bridges in Bilbao 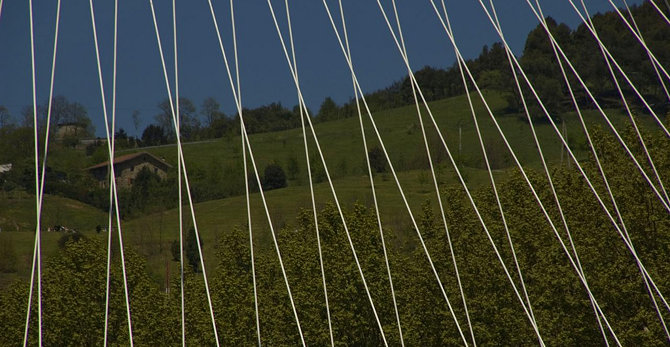 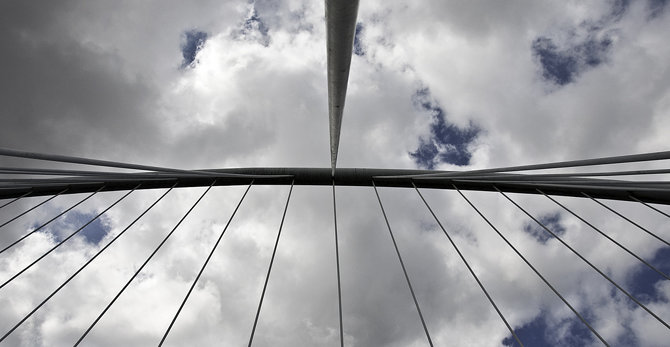 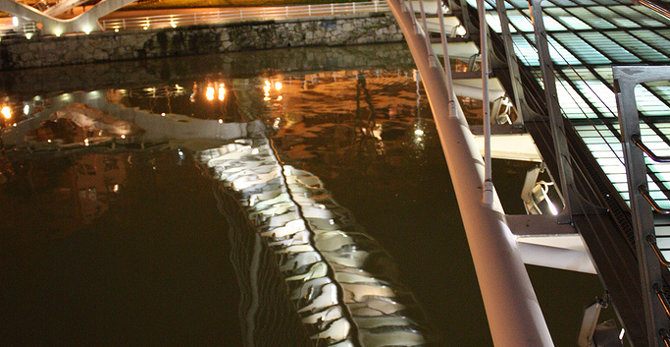 The bridge was designed by architect Santiago Calatrava, who also designed the city's Loiu Airport. The design consists of an inclined structural steel arch linking two platforms, with access ramps and stairways on both banks. The curved steel bridge deck is suspended by steel cables. The structure is painted white, as with other Calatrava designs.

It offers pedestrians a convenient route from hotels to the nearby Bilbao Guggenheim Museum. It was opened to the public in 1997.

Since its opening, it has been subjected to praise as a symbol of the new Bilbao and as a draw for tourism. Architectural professor Alexander Tzonis wrote:

"The intelligence, vitality, and originality of the bridge's curved configuration challenged the ordinariness and slow decline of the urban setting, bringing a message of hope and an invitation to imagine better conditions."

However, other professionals have been more equivocal, bridge engineer Matthew Wells saying:

"Regrettably, the balance of light steel superstructure on the cantilevered abutment ends is strained, like a sculptural toy, and the bridge touches the ground uncomfortably."

The bridge has also been accused of impracticality: it is locally infamous for the glass bricks set into its floor, which can become slippery in the wet climate of the city.

The original design connects the bridge on the left bank to the Uribitarte dock and not to the higher street Alameda Mazarredo. Local authorities temporarily installed a further scaffolding footway joining the bridge and Mazarredo street, but removed it under protests from Calatrava.

In 2006, the local authorities authorized Arata Isozaki to erect a new footway from the bridge to the construction site of the Isozaki Atea towers. Calatrava responded in 2007 by suing Bilbao for the moral rights to the integrity of his creation (a part of the intellectual property under the Spanish copyright law), where a metal bar had been cut. The mayor of Bilbao, Iñaki Azkuna, with the support of his fellow councilors claimed that the rights of the owners (Bilbao) took precedence over the architect's rights. He also noted the slips and falls of bridge users, and the cost of replacing broken glass tiles (6,000 euros a year according to opposition speaker Antonio Basagoiti, 250,000 euros in ten years according to a municipal report). Jurists and local architects have supported the position of the mayor, holding that the modifications do not affect Calatrava's rights.

In November 2007, a judge agreed that there was damage to the creator's moral rights but favored the local council and allowed Isozaki's connection to remain. Calatrava announced his intention to appeal against the decision. In March 2009, a higher court granted 30,000 euros to Calatrava as damages. 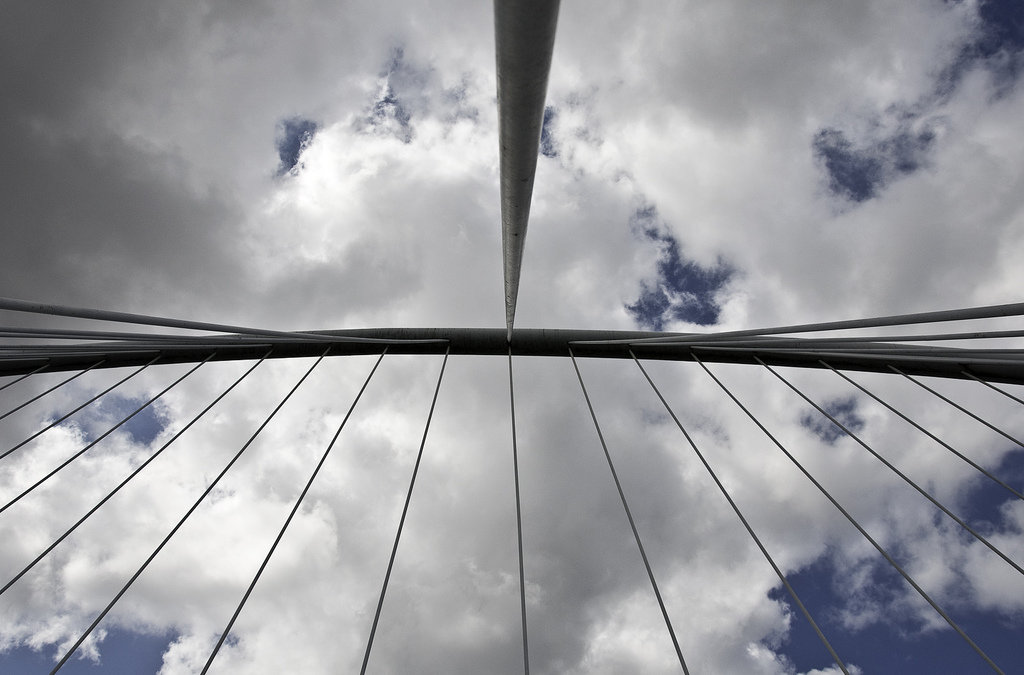 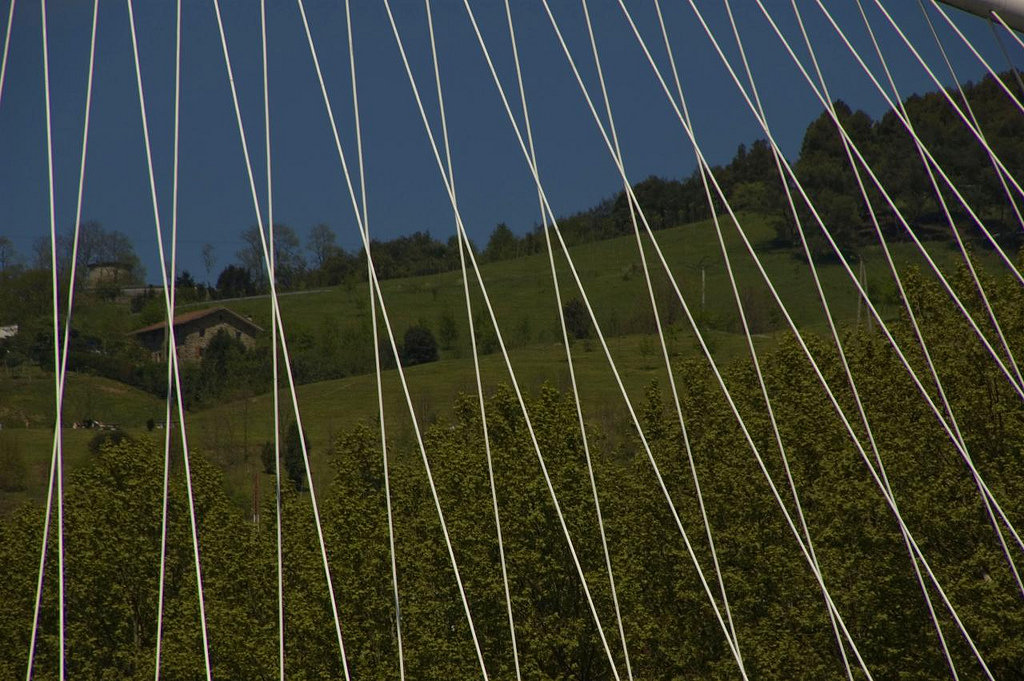 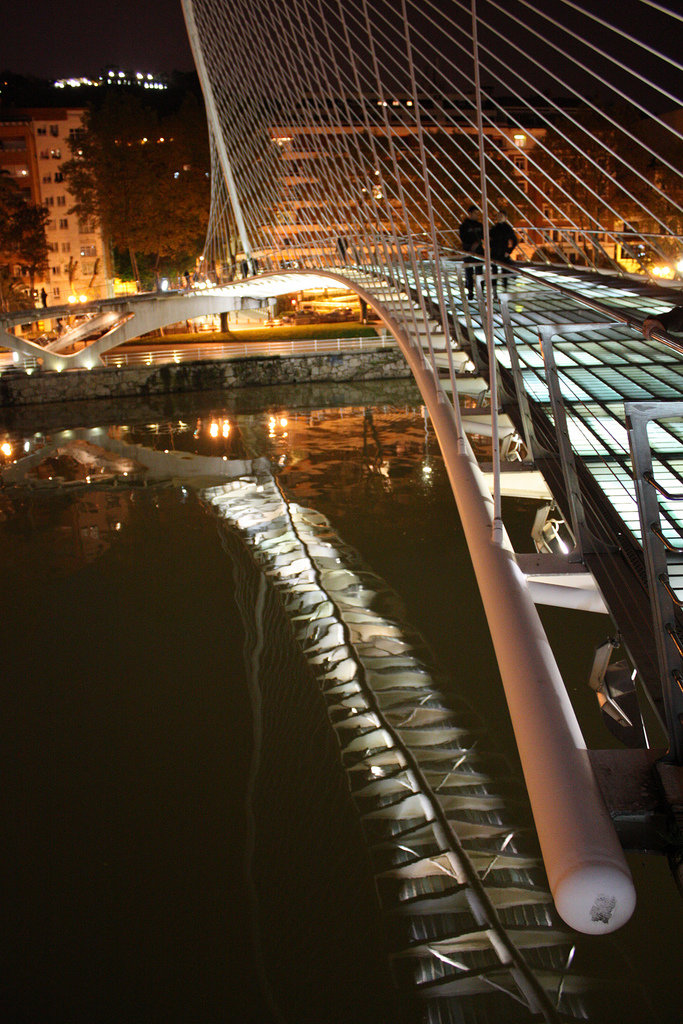 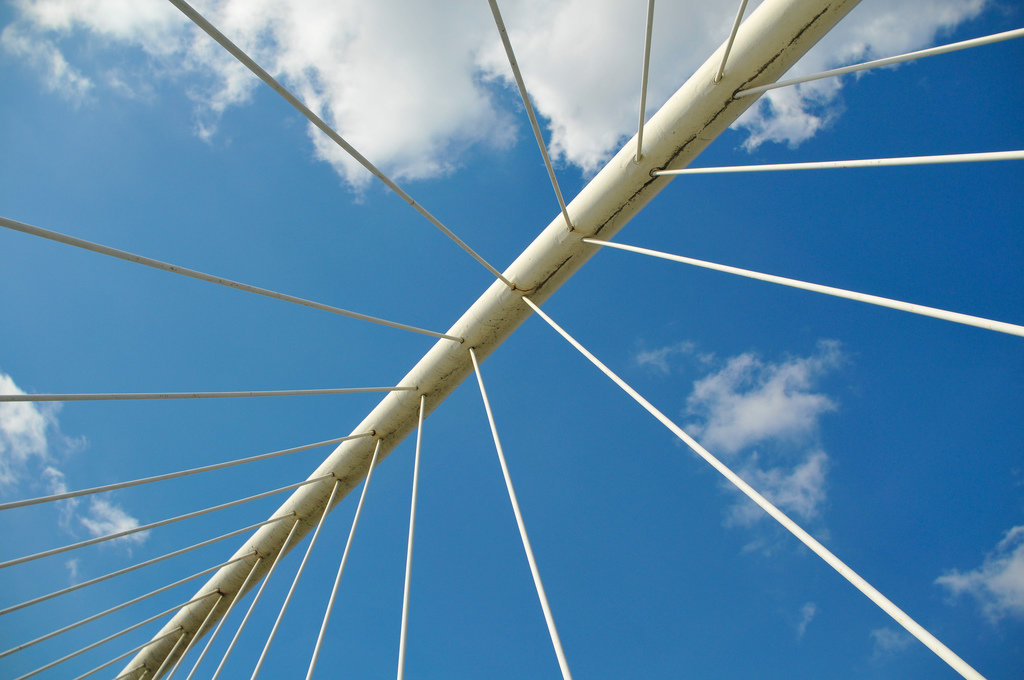 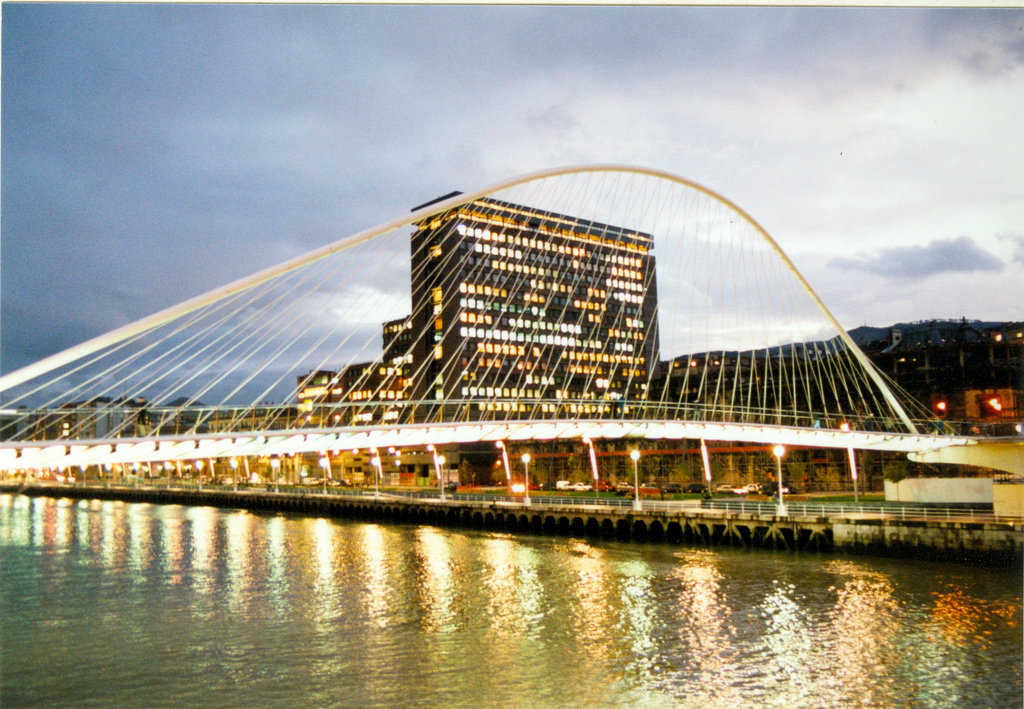 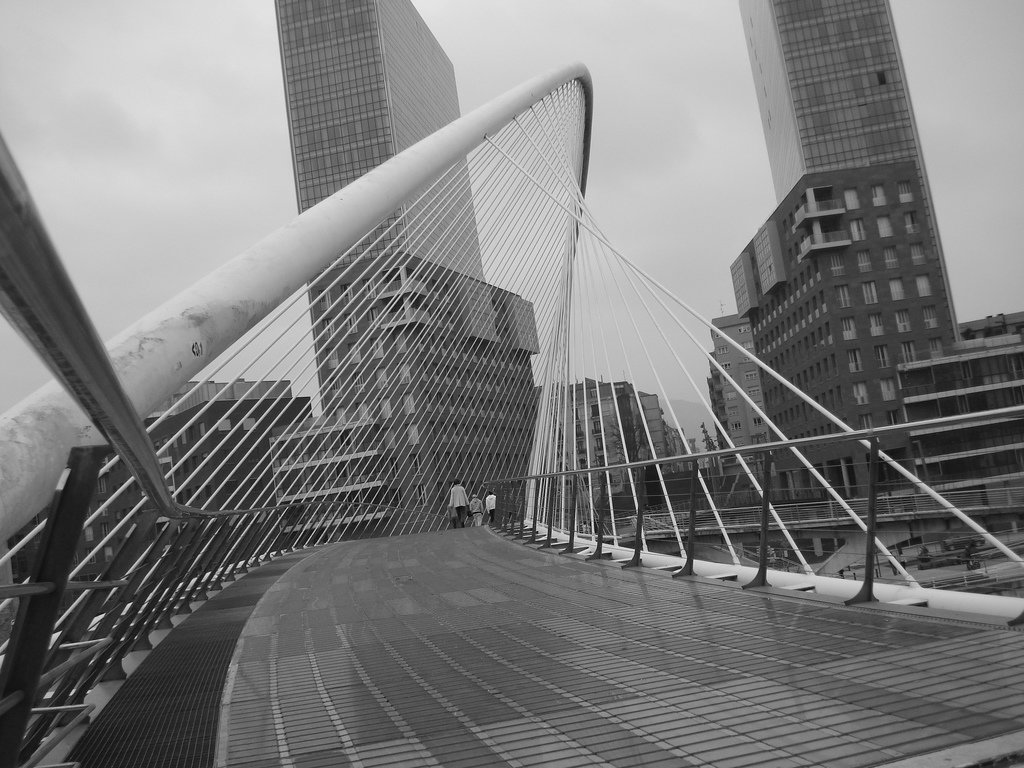 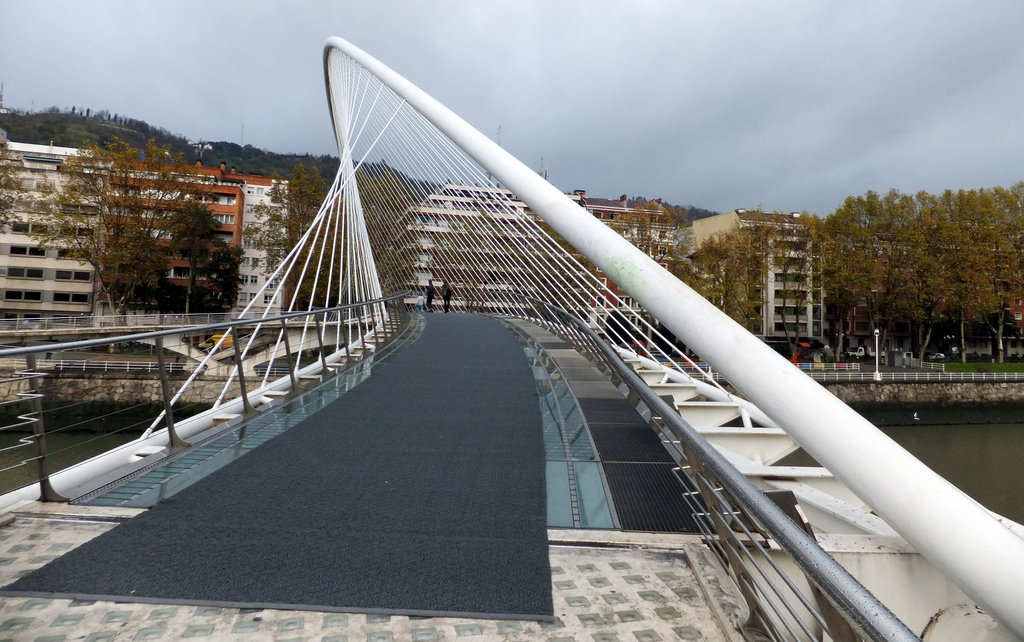 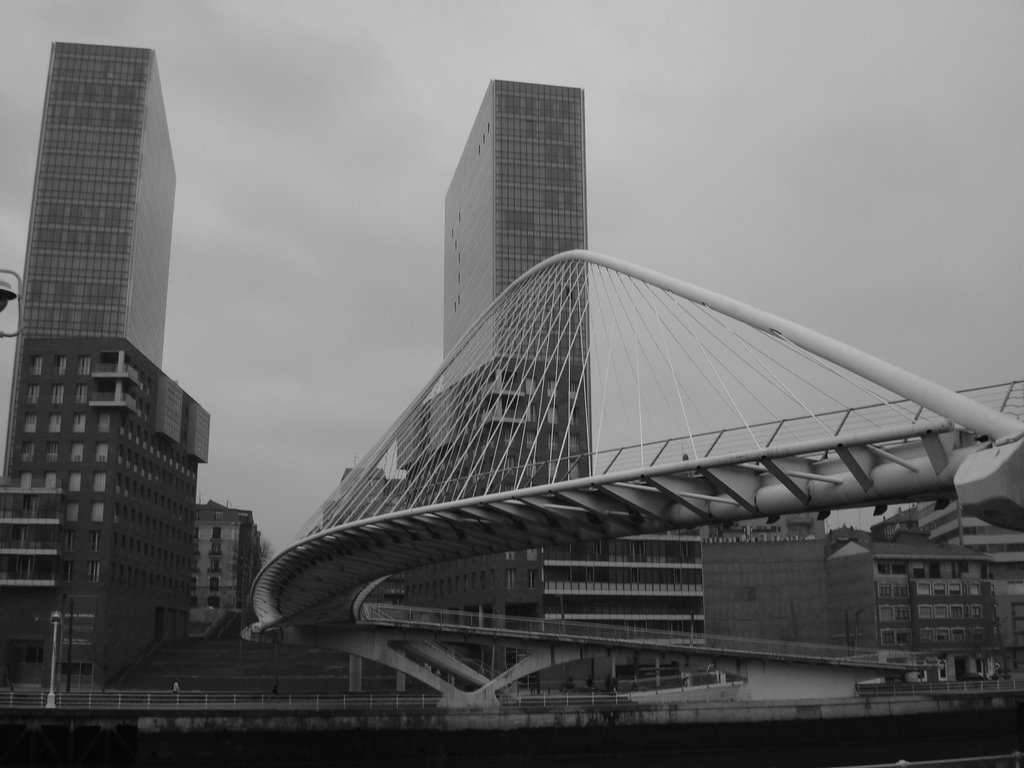 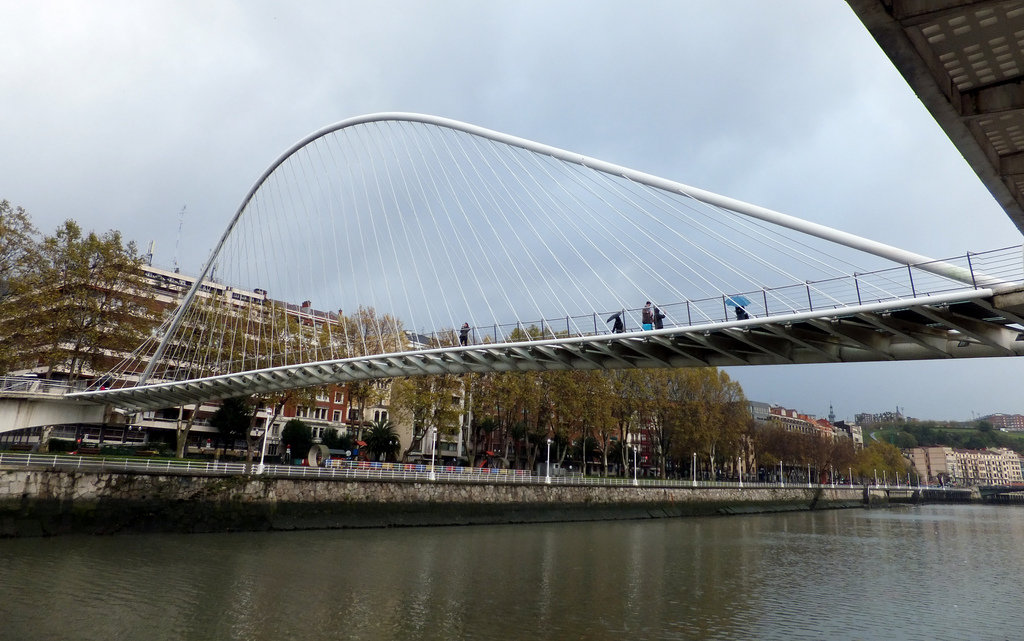 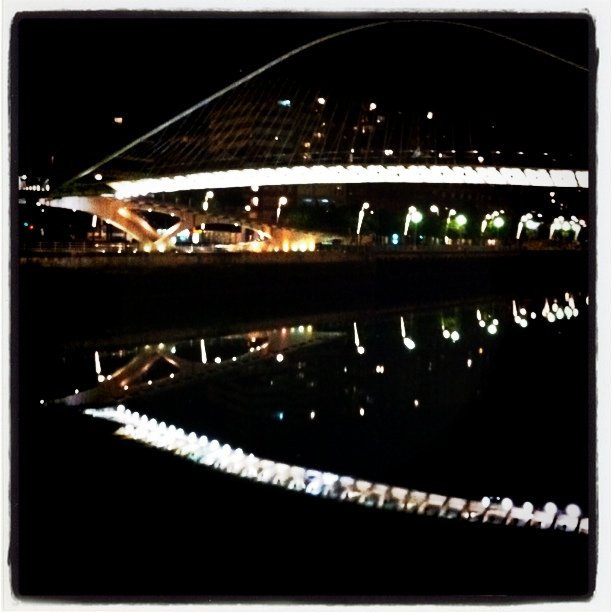 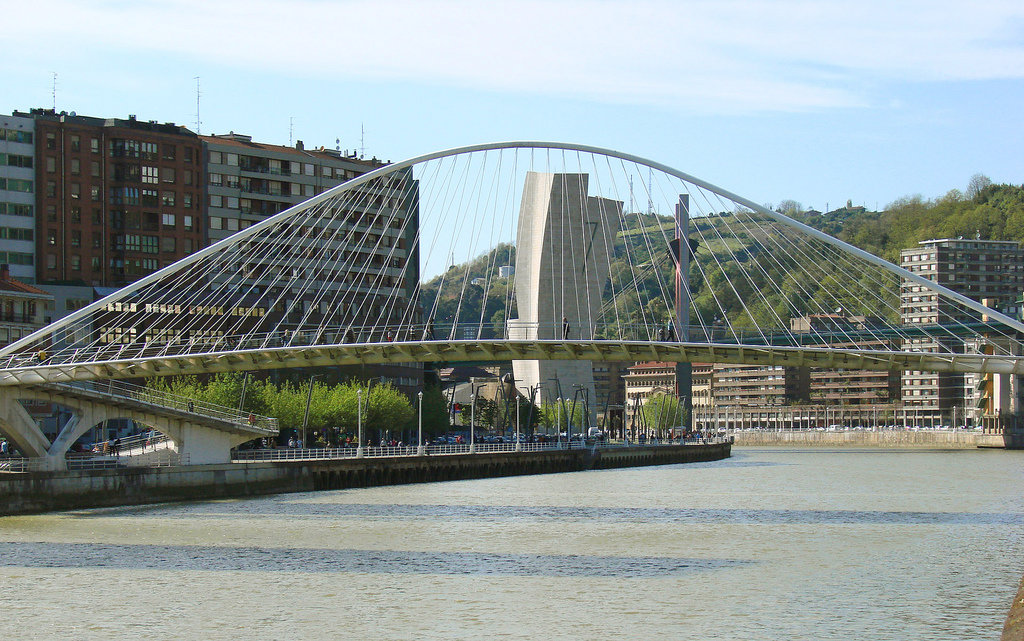 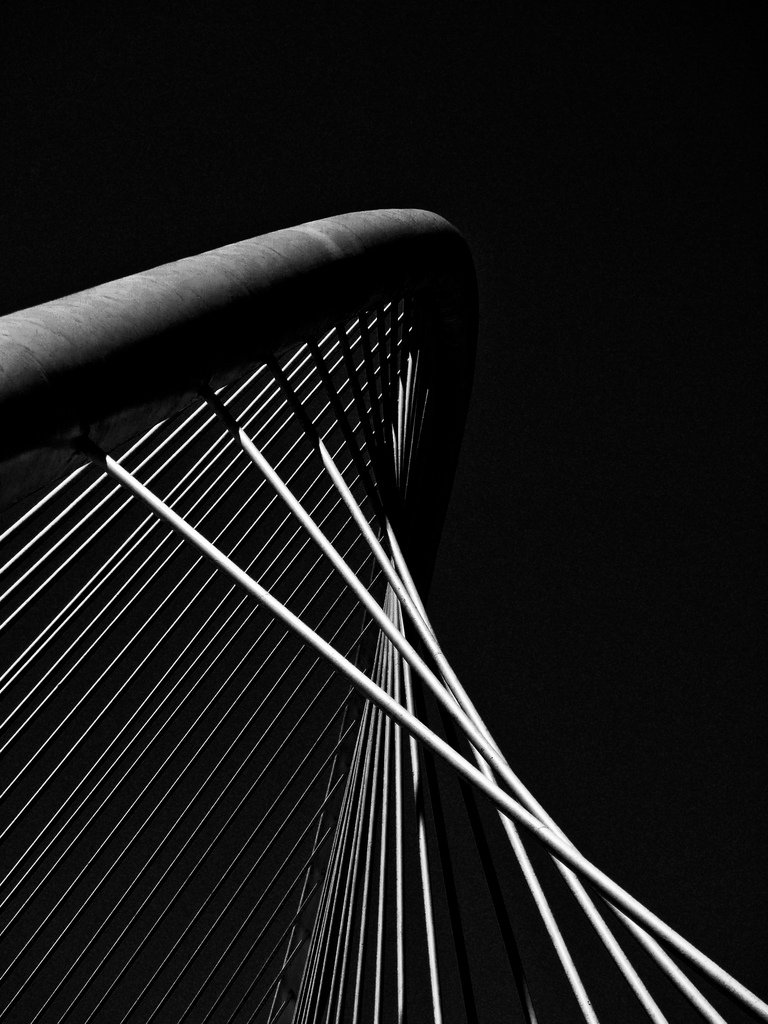 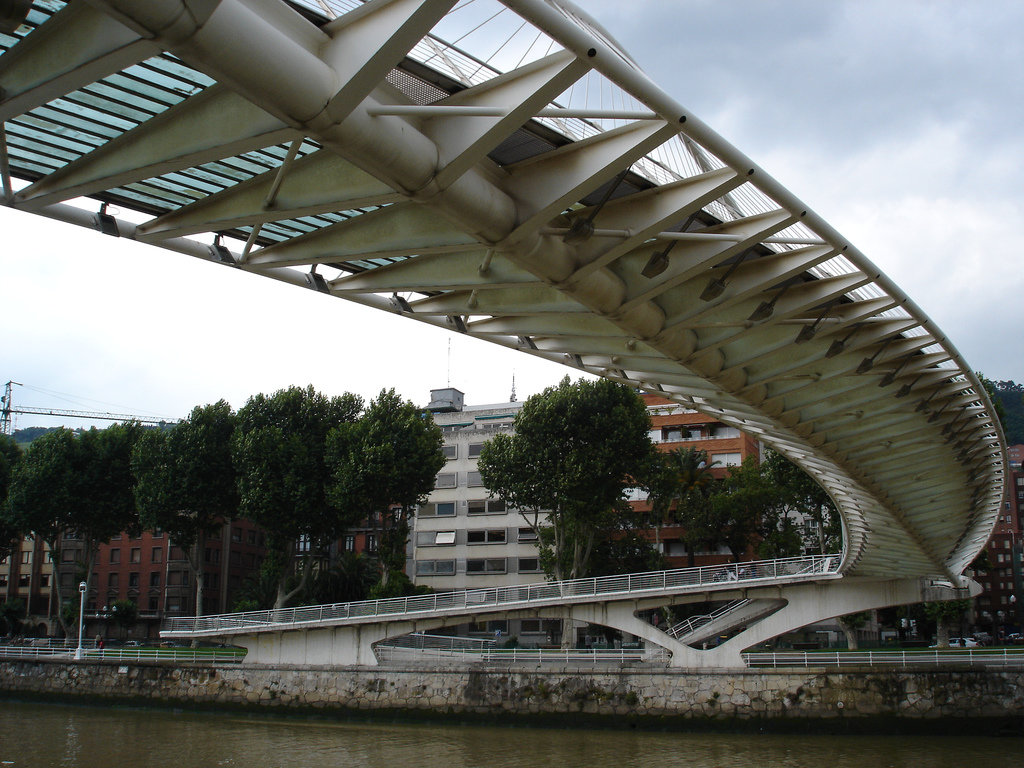 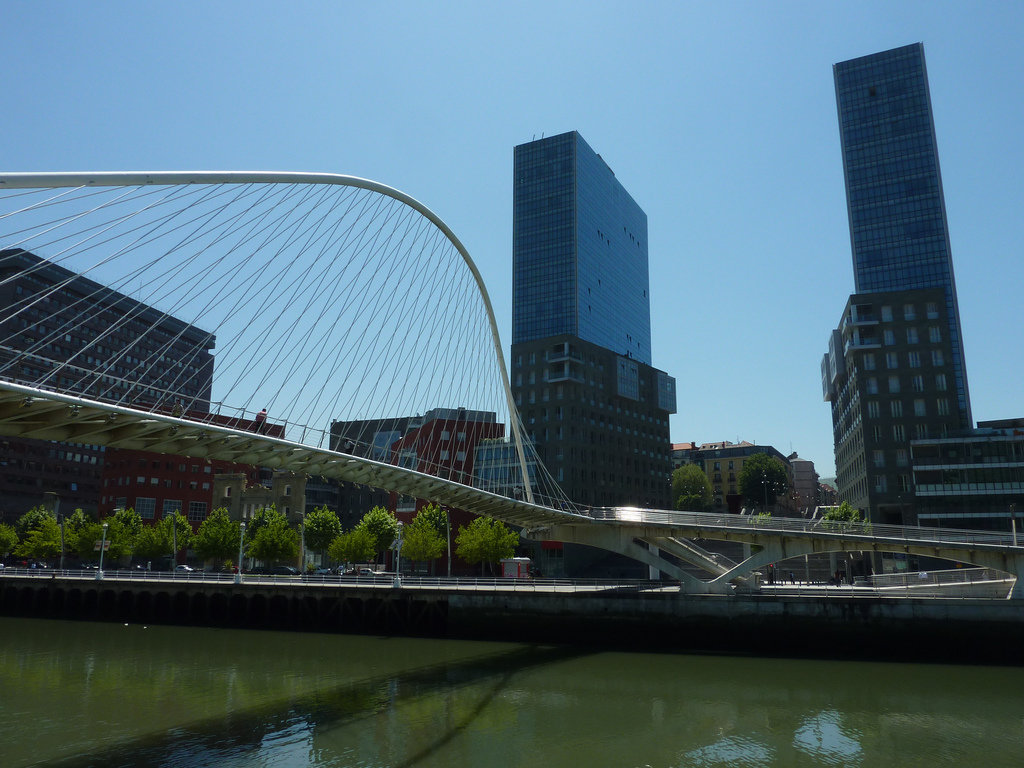