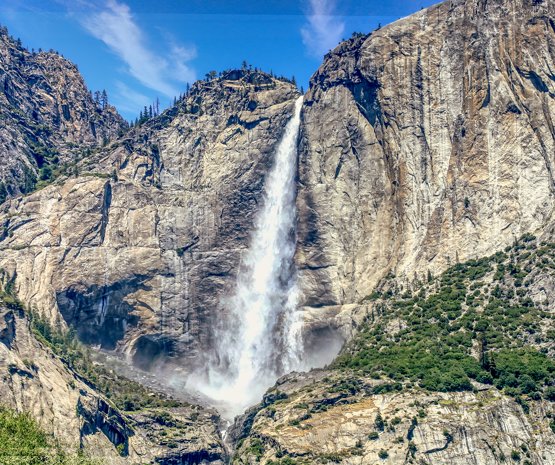 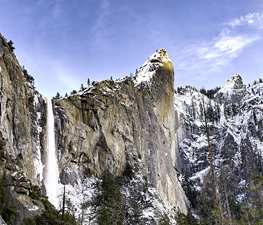 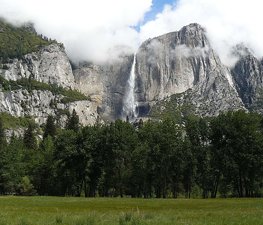 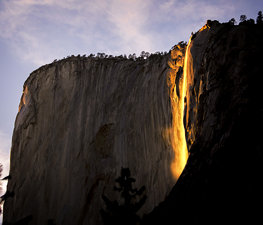 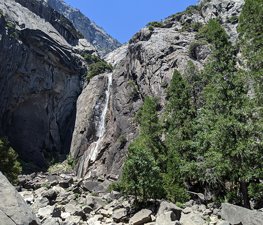 Yosemite Falls is the highest measured waterfall in North America. Located in Yosemite National Park in the Sierra Nevada of California, it is a major attraction in the park, especially in late spring when the water flow is at its peak.

The total 739 metres (2,425 ft) from the top of the upper falls to the base of the lower falls qualifies Yosemite Falls as the sixth highest waterfall in the world, though with the recent discovery of Gocta Cataracts, it appears on some lists as seventh.

Although often referred to[] as a "two-stage drop", the falls actually consist of three sections:

In years of little snow, the falls may actually cease flowing altogether in late summer or fall. A very small number of rock climbers have taken the opportunity to climb the normally inaccessible rock face beneath the falls, although this is an extraordinarily dangerous undertaking; a single afternoon thunderstorm could restart the falls, sweeping the climbers off the face.

The Ahwahneechee people of Yosemite Valley called the waterfall "Cholock" and believed that the plunge pool at its base was inhabited by the spirits of several witches, called the Poloti. An Ahwaneechee folktale describes a woman going to fetch a pail of water from the pool, and drawing it out full of snakes. Later that night, after the woman had trespassed into their territory, the spirits caused the woman's house to be sucked into the pool by a powerful wind, taking the woman and her newborn baby with her.

Patrick HP
The earlier you get prepared the best is the experience. Get water, food, go hiking and never ever feed the animals. Take pictures, enjoy nature. Take a deep breath of fresh air and look around you :)

Heather Faherty
If you start this hike early afternoon, you'll reach Columbia rock around 3. You can go a bit further for an even better view or go full 7 miles. On the way down, stop at CR again for a setting sun!

Dianne Yabut
Did the upper Yosemite hike and it was definitely challenging but fun at the same time. Amazing views the whole time. It took my husband and I 2 1/2hours to reach the top. Dress in layers

Paul
Don't underestimate the water you need if you're going all the way to Upper. No water on the trail, but there are streams if you have a filter or if you're trusting to drink directly from it.

Anastasia Belozertseva
The hike up gets pretty hard in hot weather, so it's best to do it early in the morning or late-ish afternoon. Don't miss out on the pool at the top of the falls!

Lorene Corley
Make sure to bring lots of water and some food . The hike is rough. Supposed to be the toughest trail
Load more comments
foursquare.com
8.8/10
Diego Sánchez and 18,625 more people have been here
I've been here
Add to wishlist

Lehamite Falls is located in Yosemite National Park. It consists of a

Sentinel Falls is a long series of cascades descending into Yosemite

Glacier Point is a viewpoint above Yosemite Valley, in California,

Tenaya Canyon is a dramatic and dangerous canyon in Yosemite National

Separate Reality is a Шаблон:Convert long climbing route in Yosem 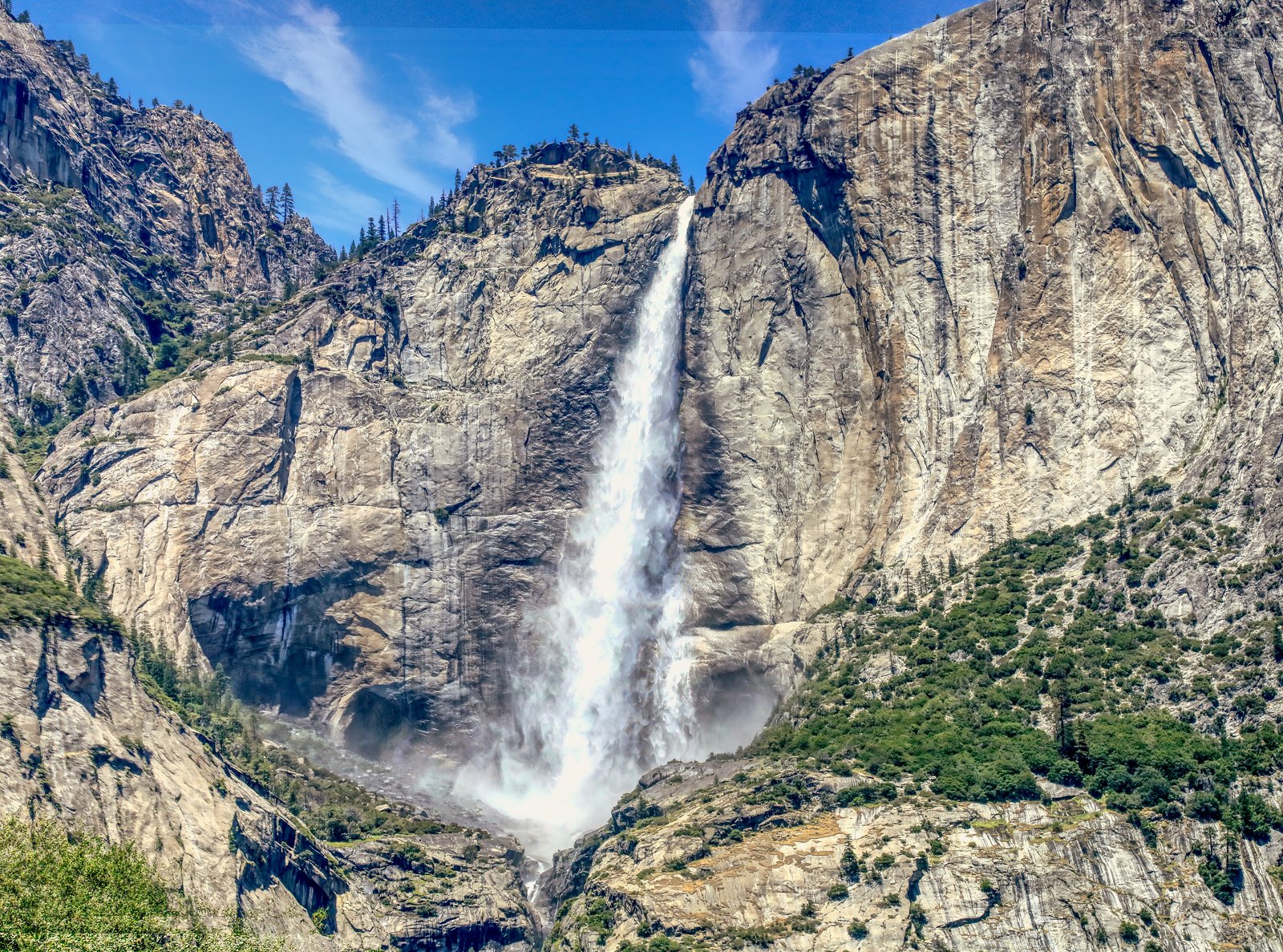 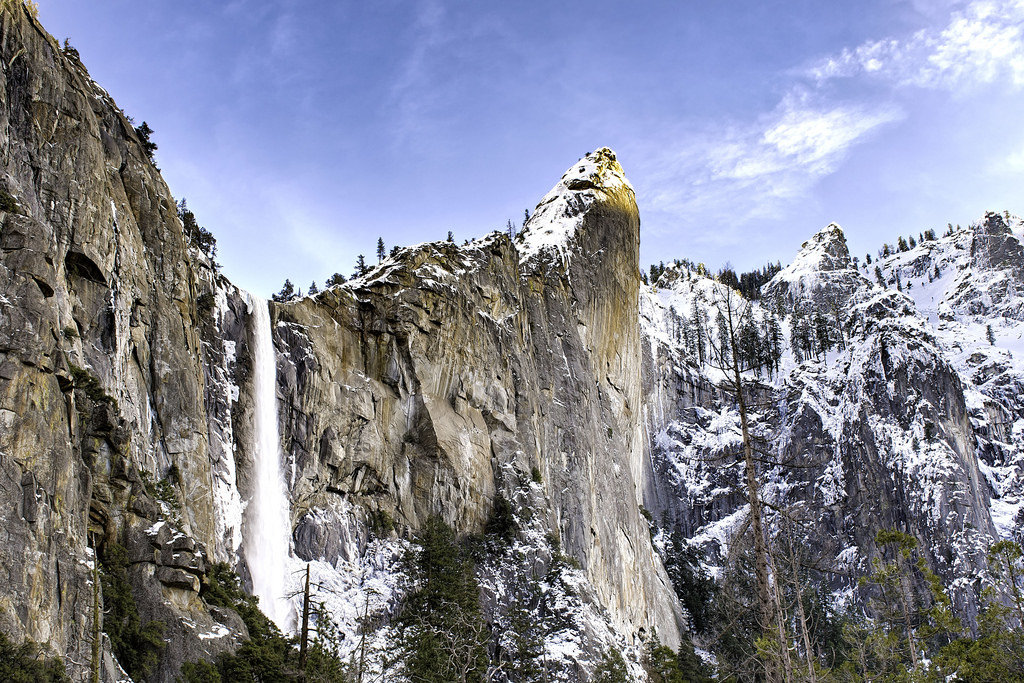 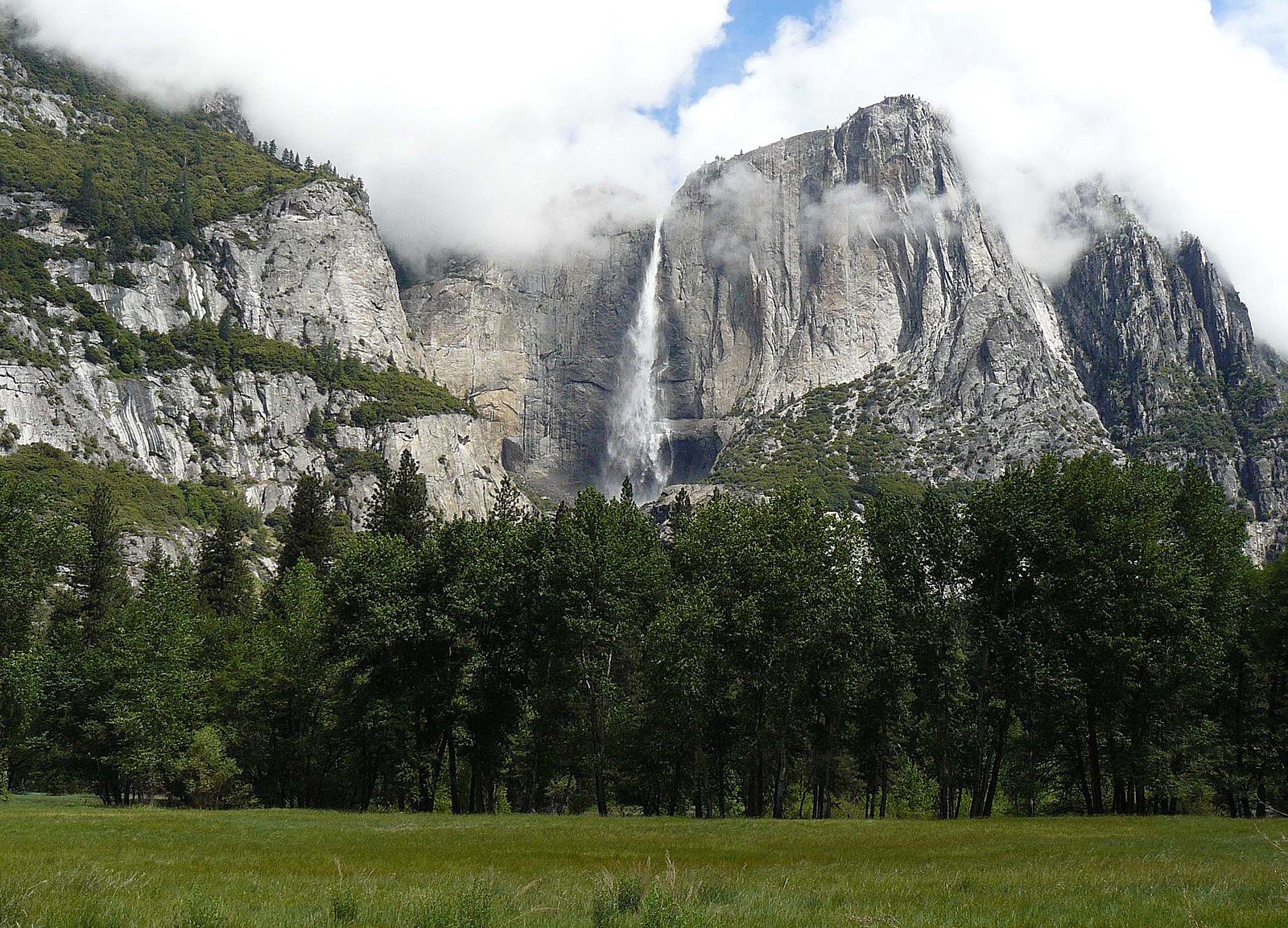 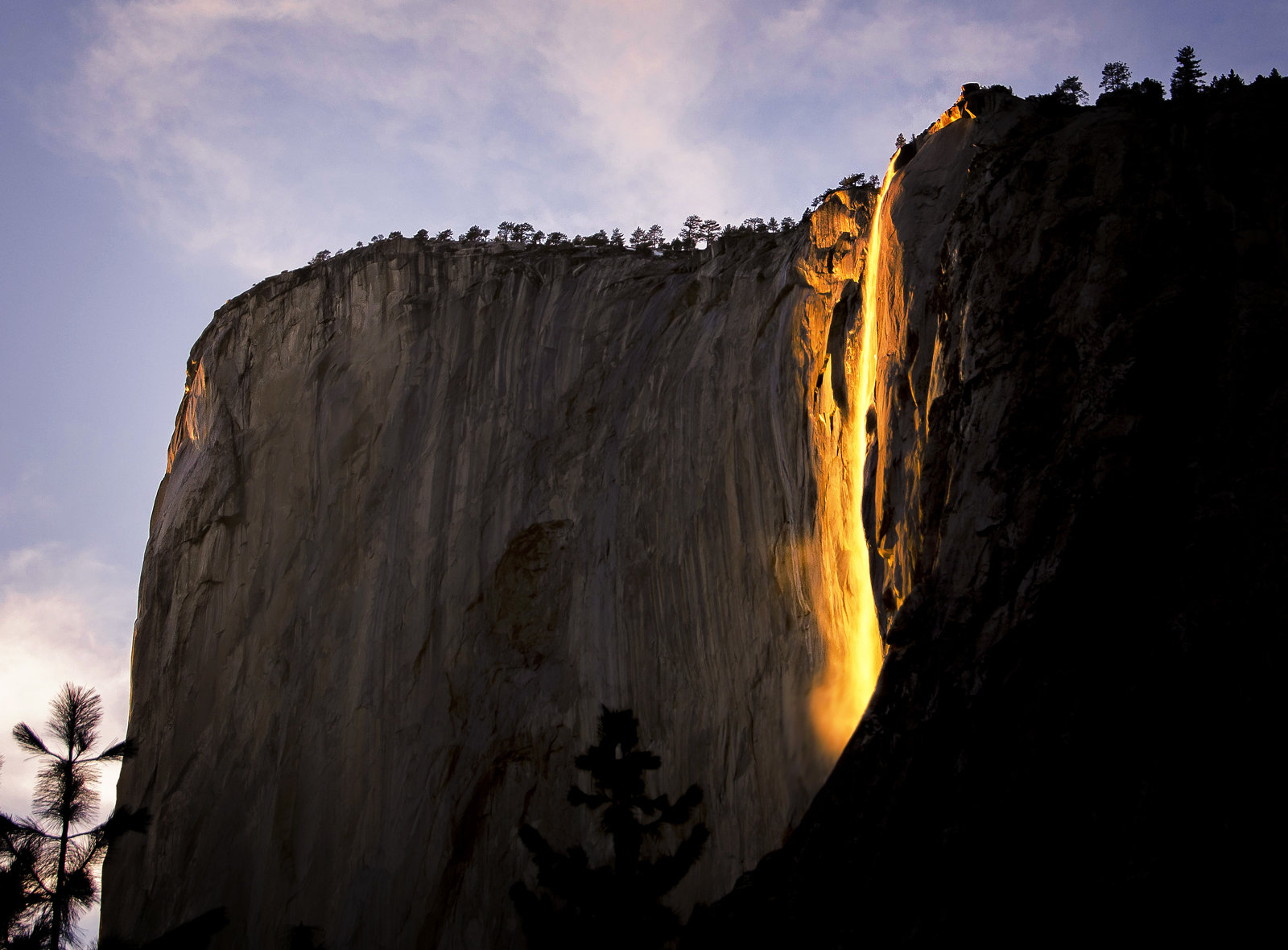 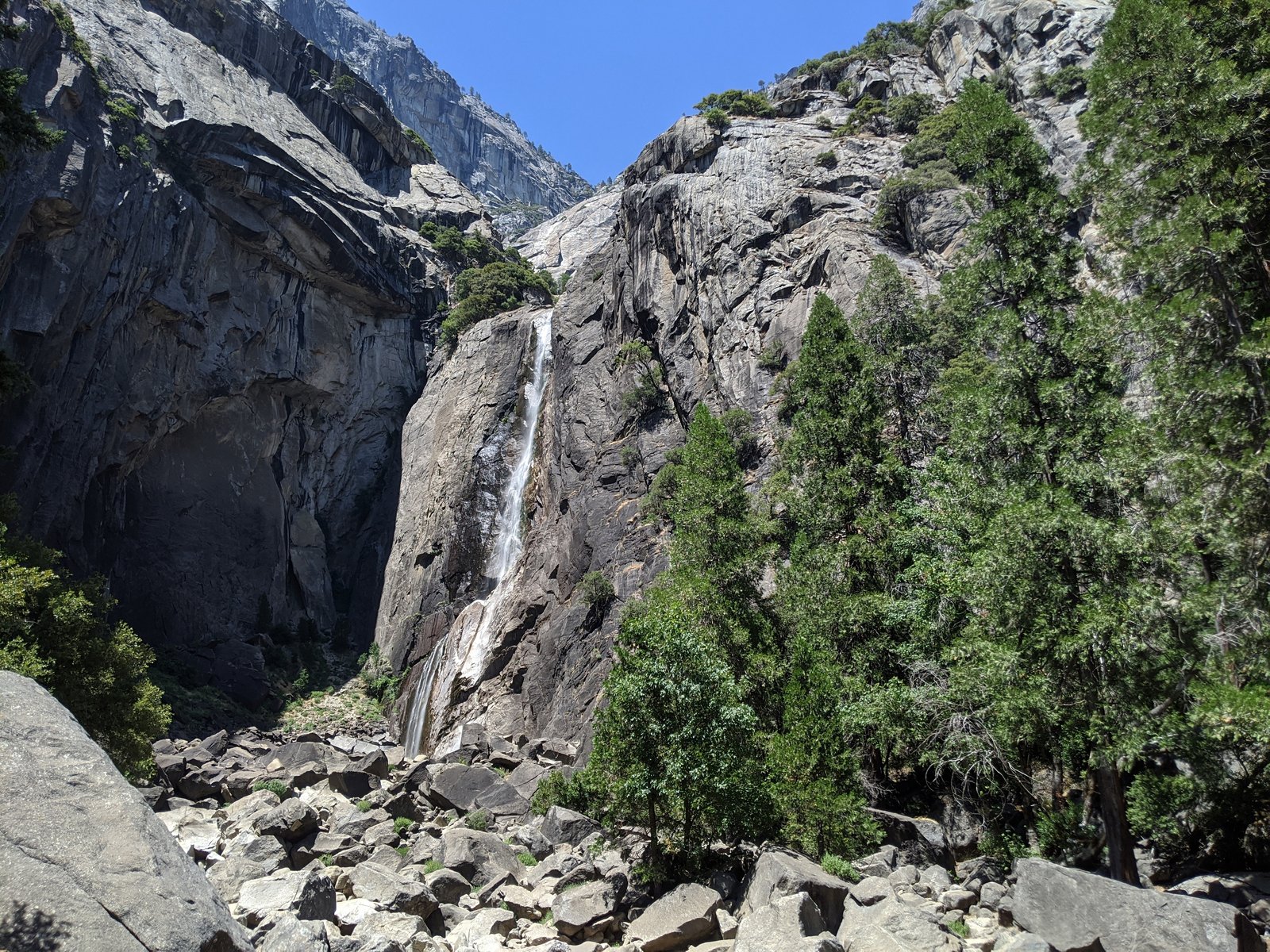 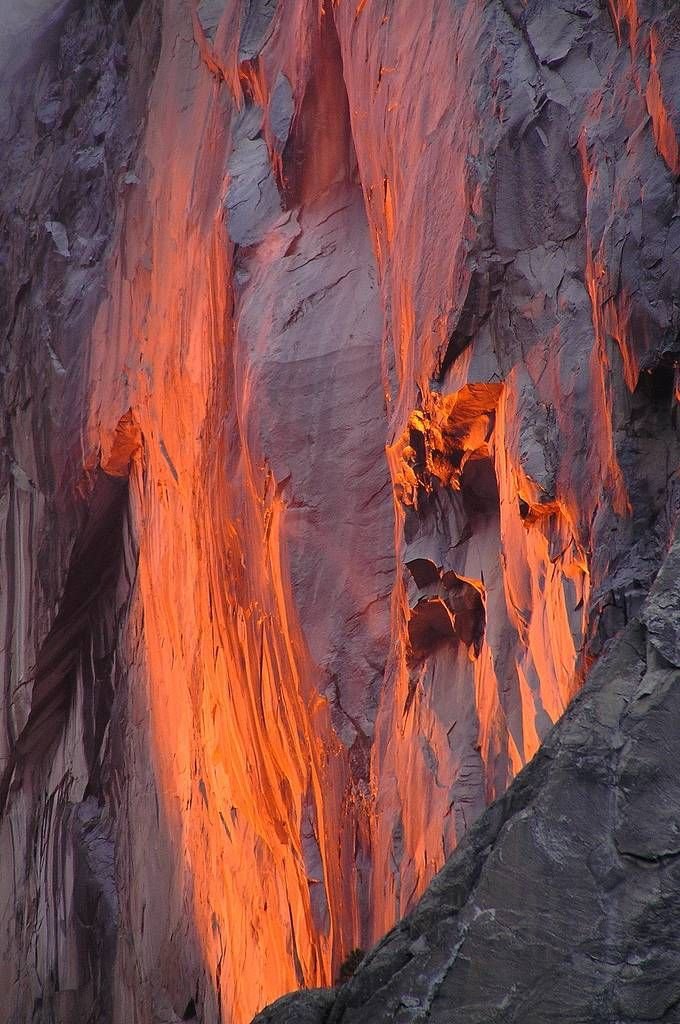 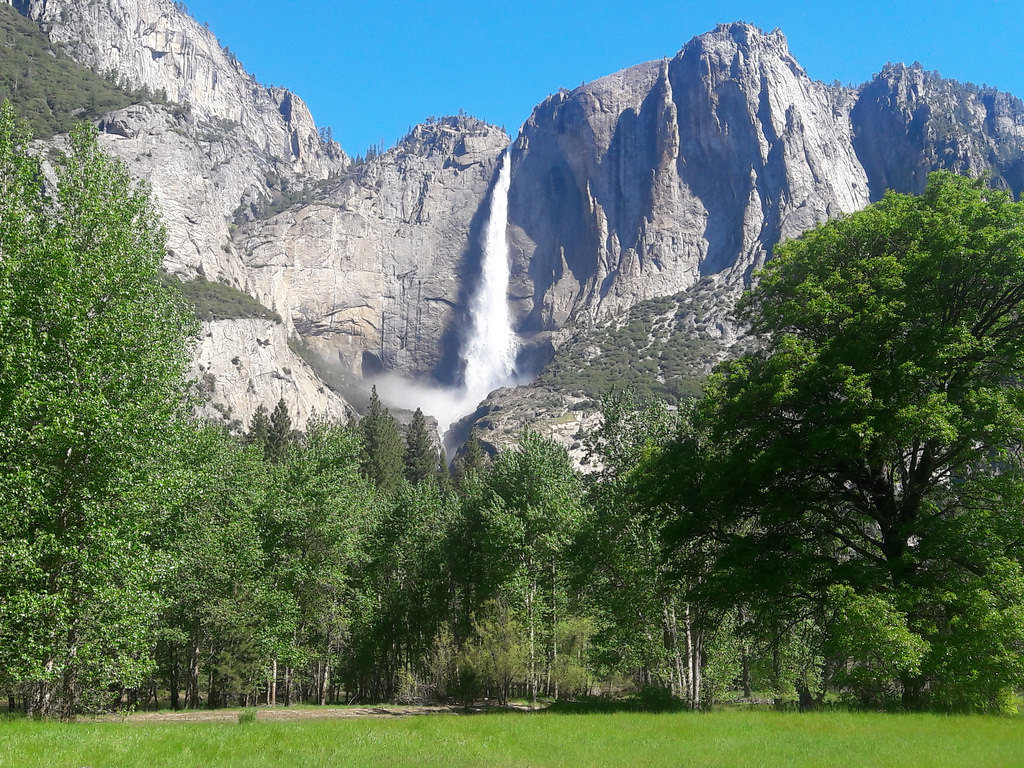 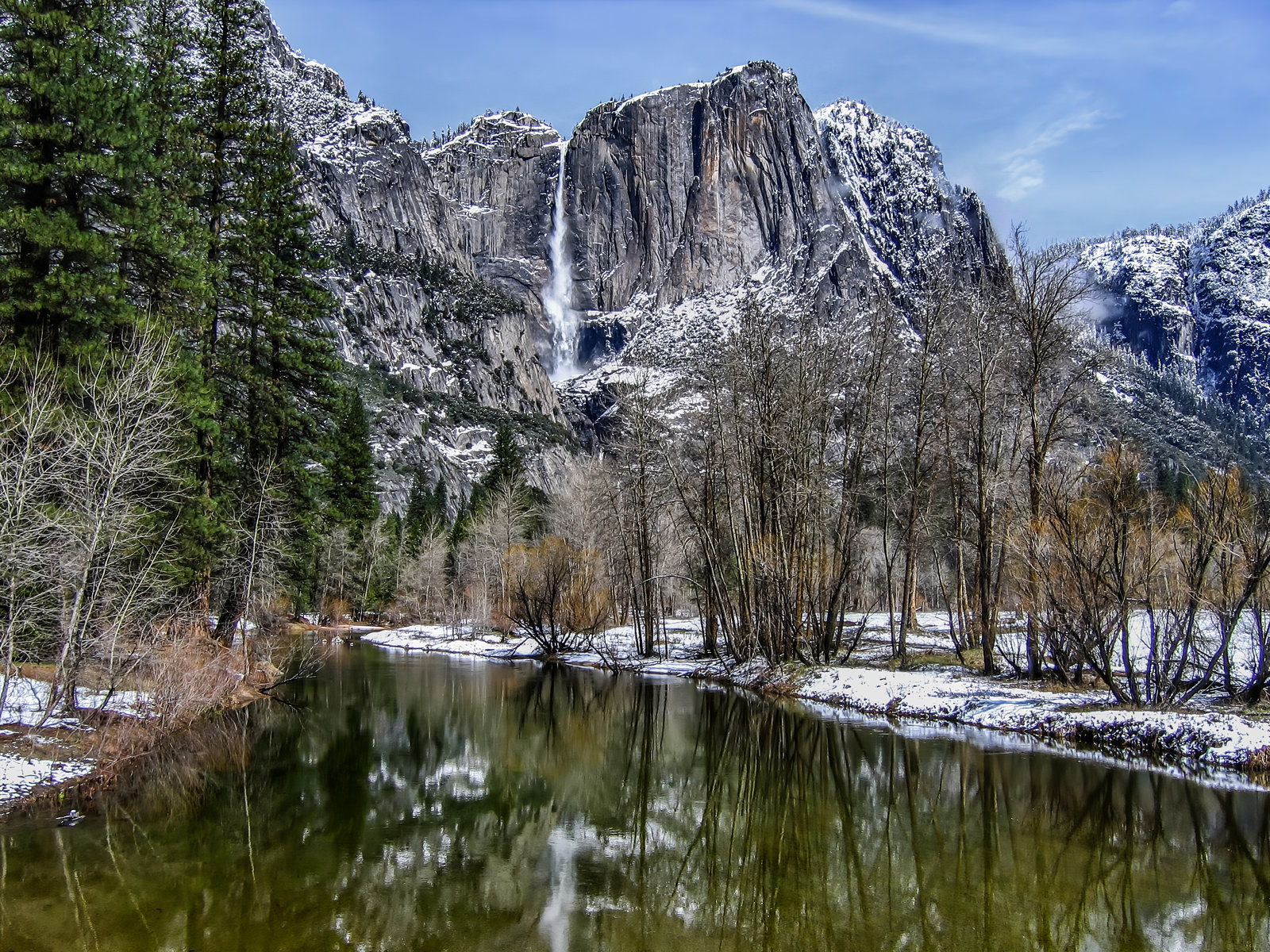 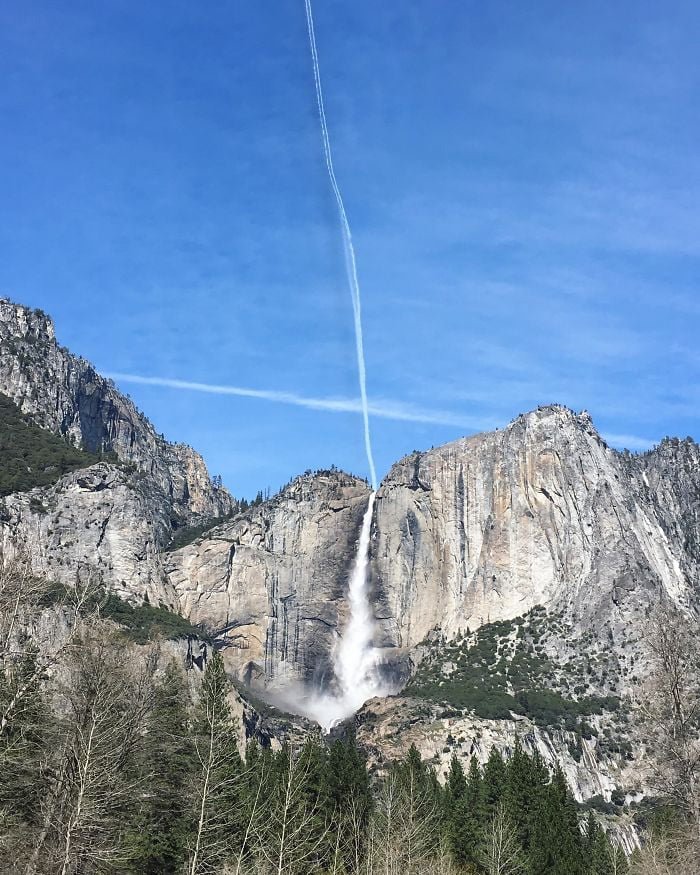 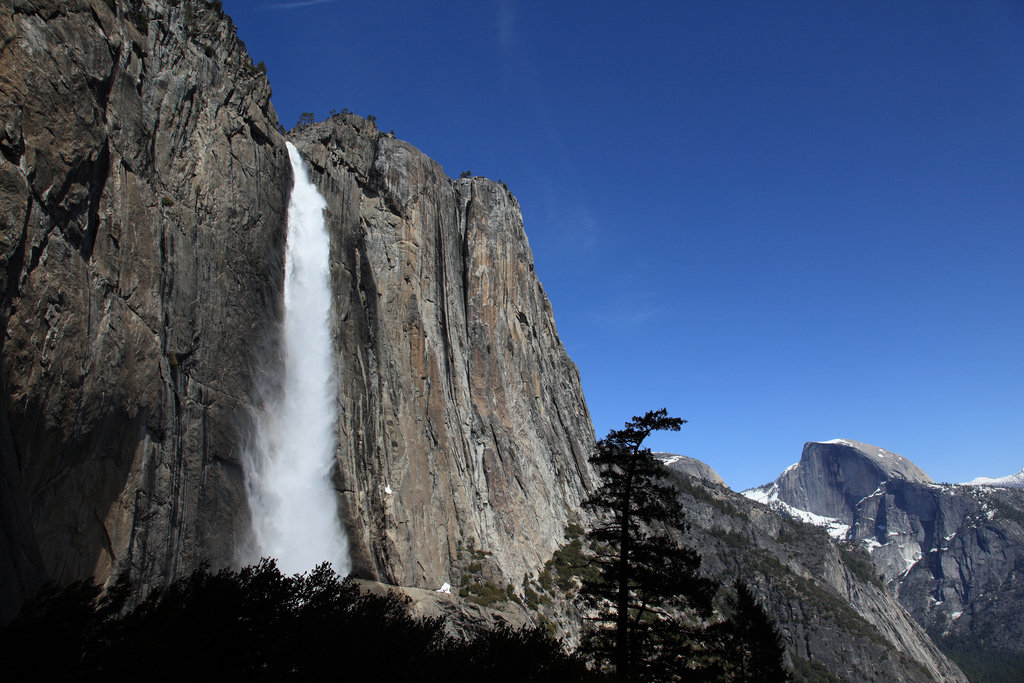 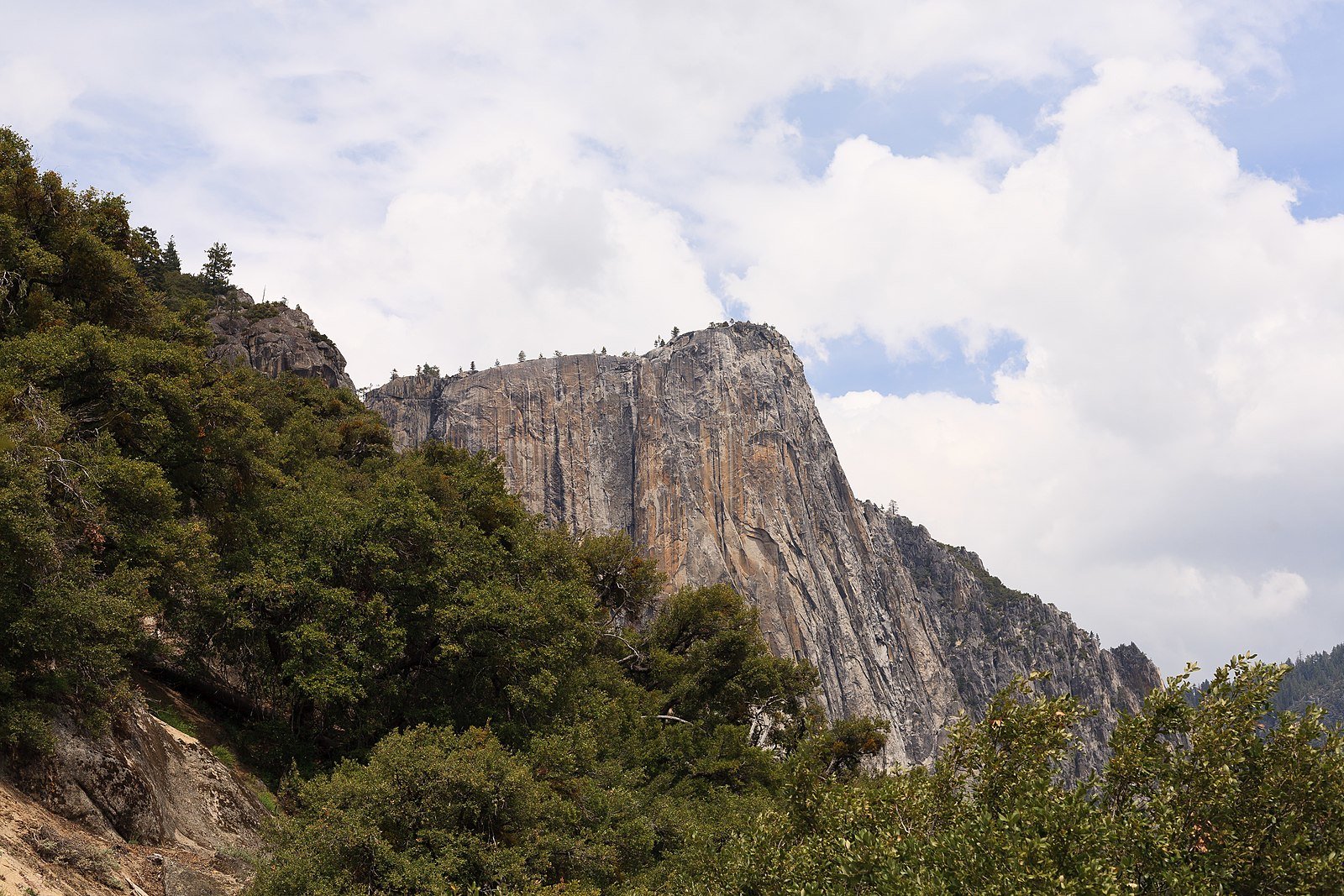 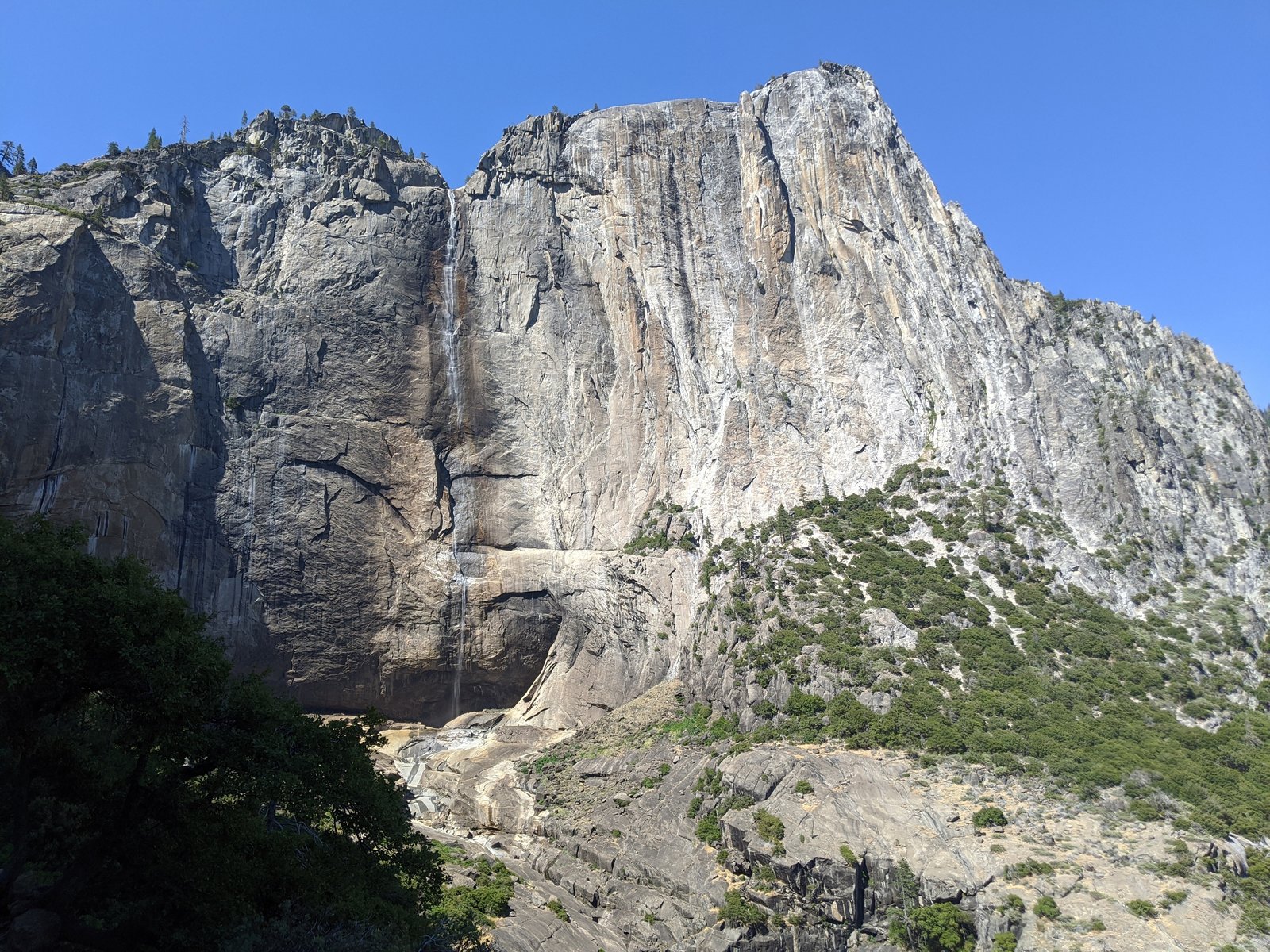 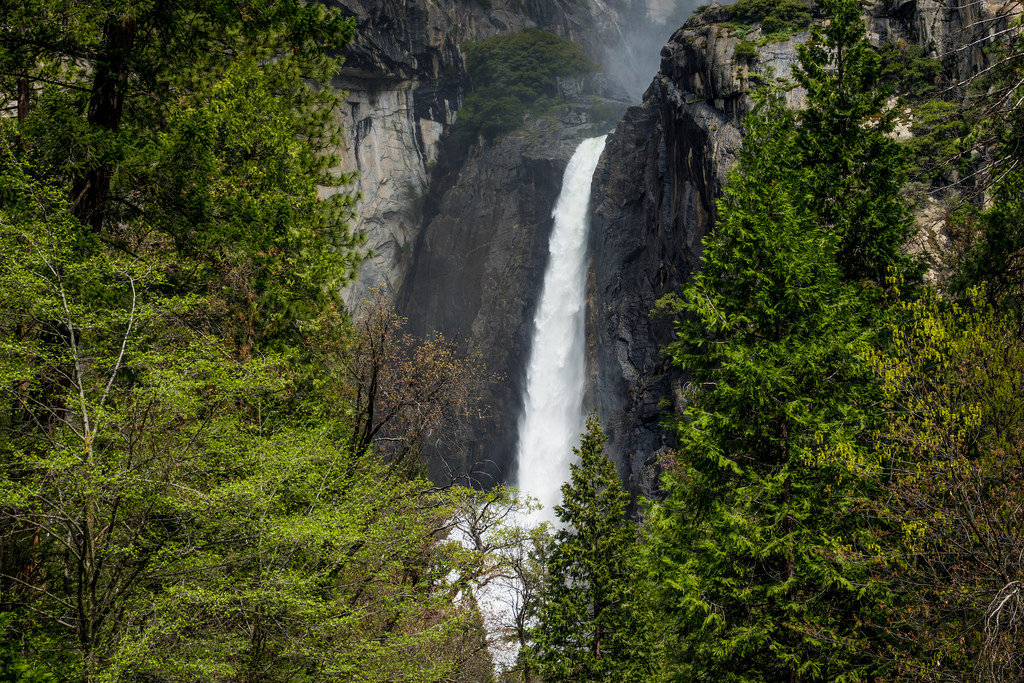 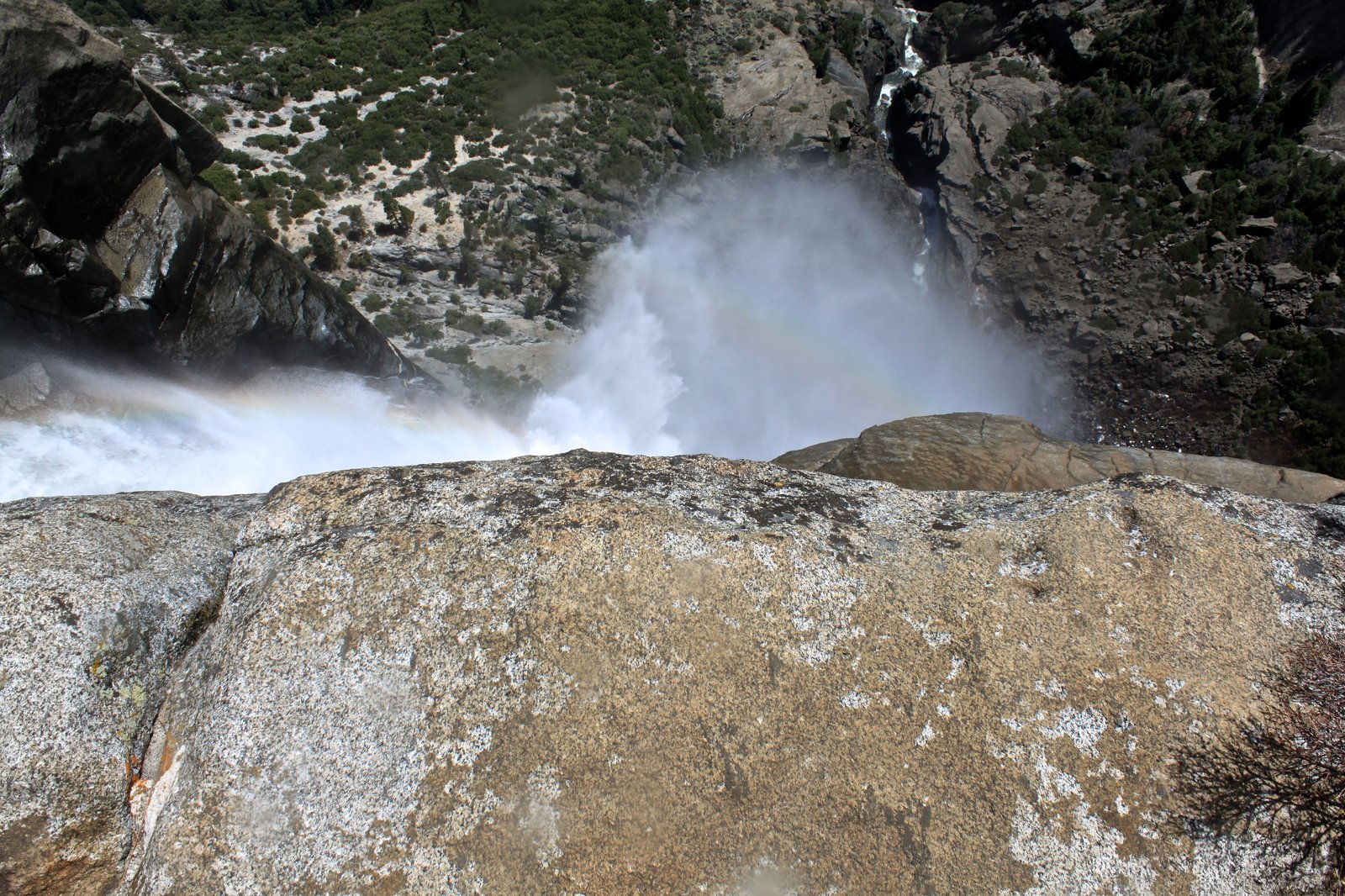 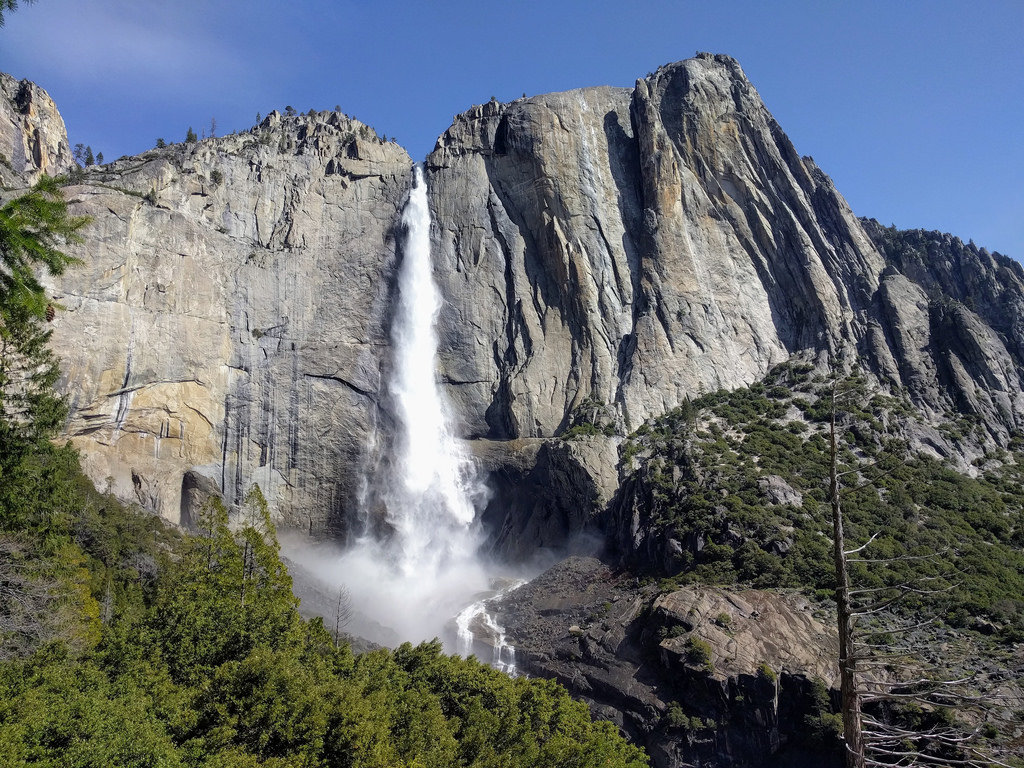 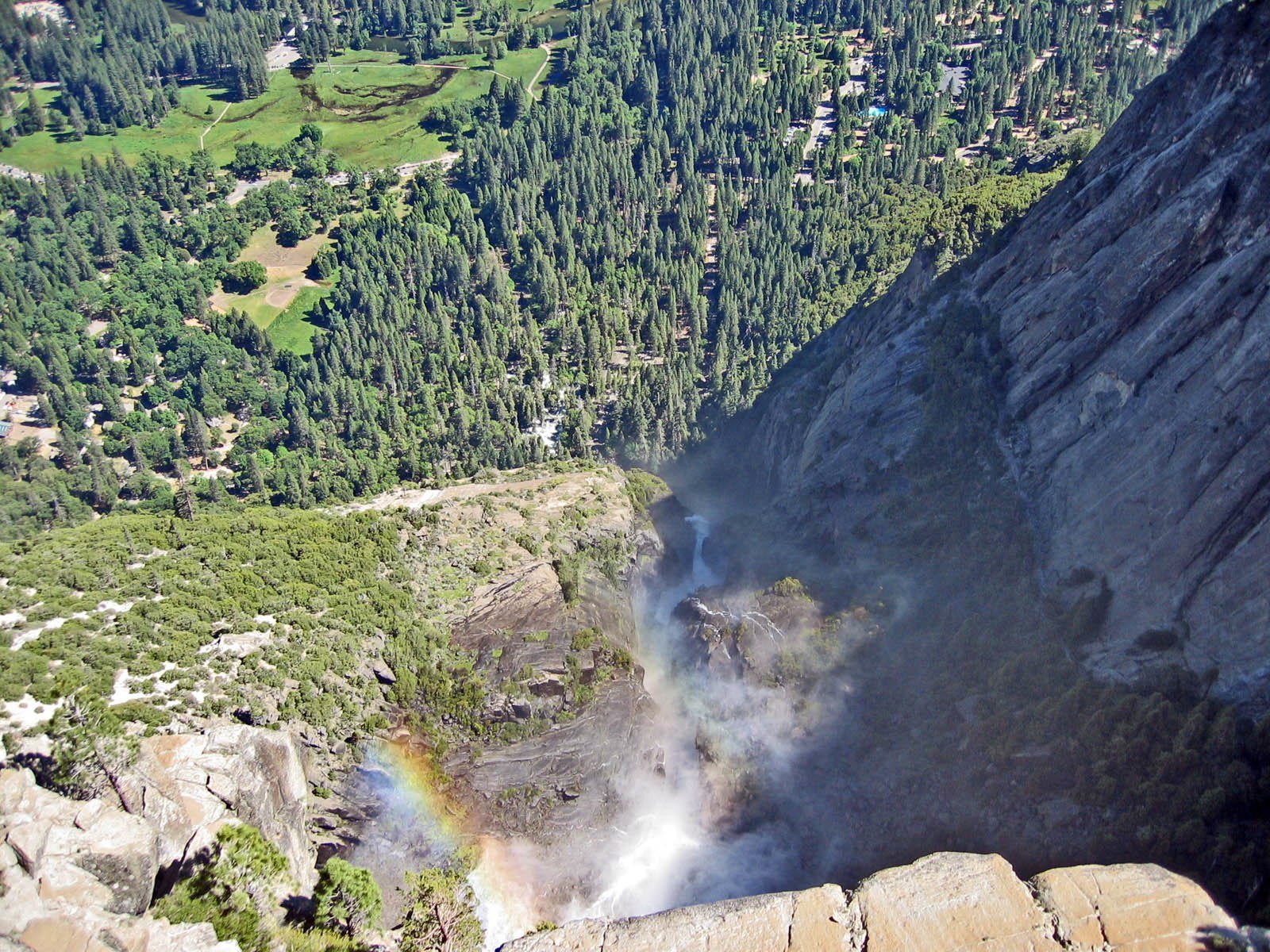 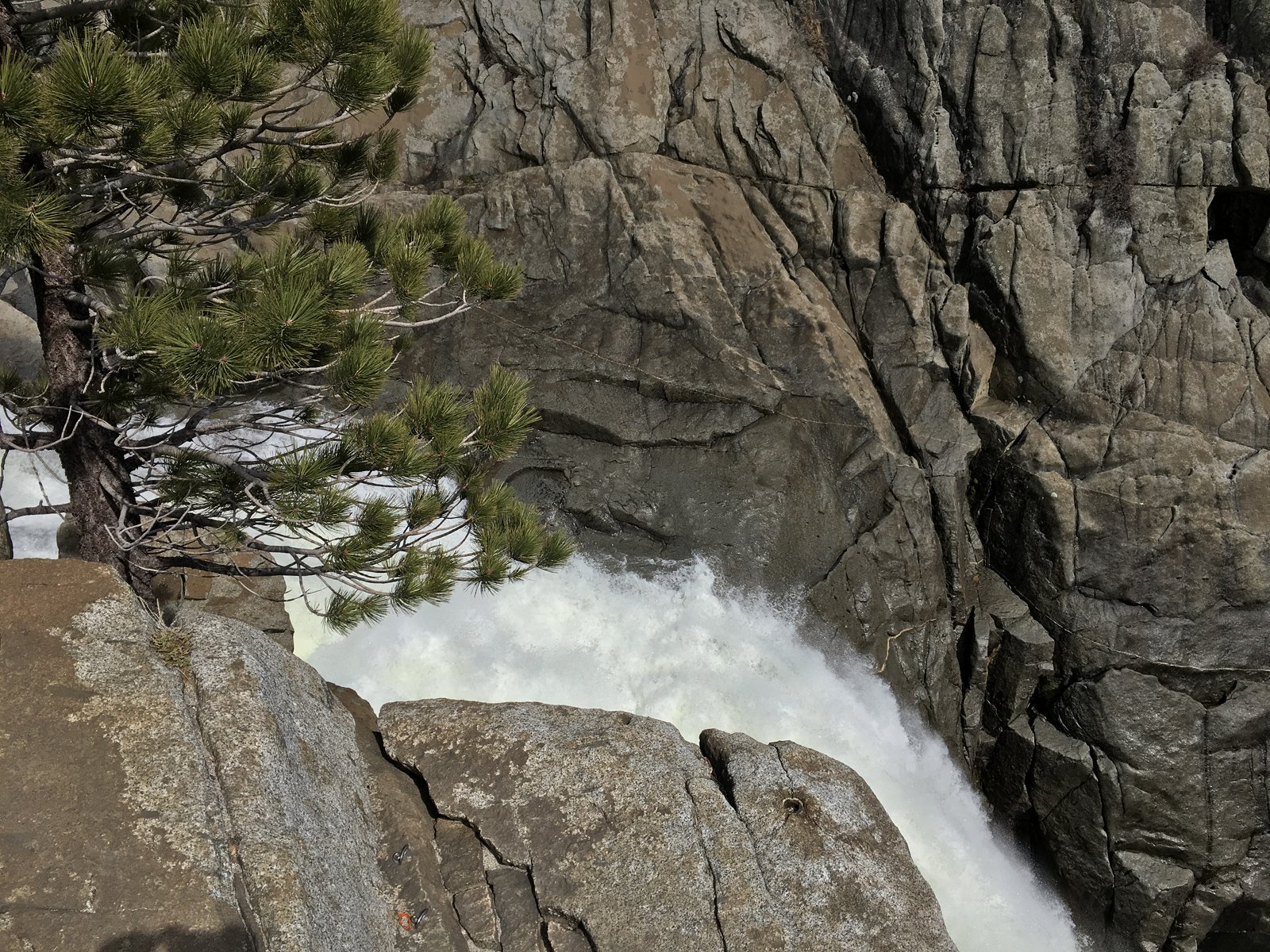 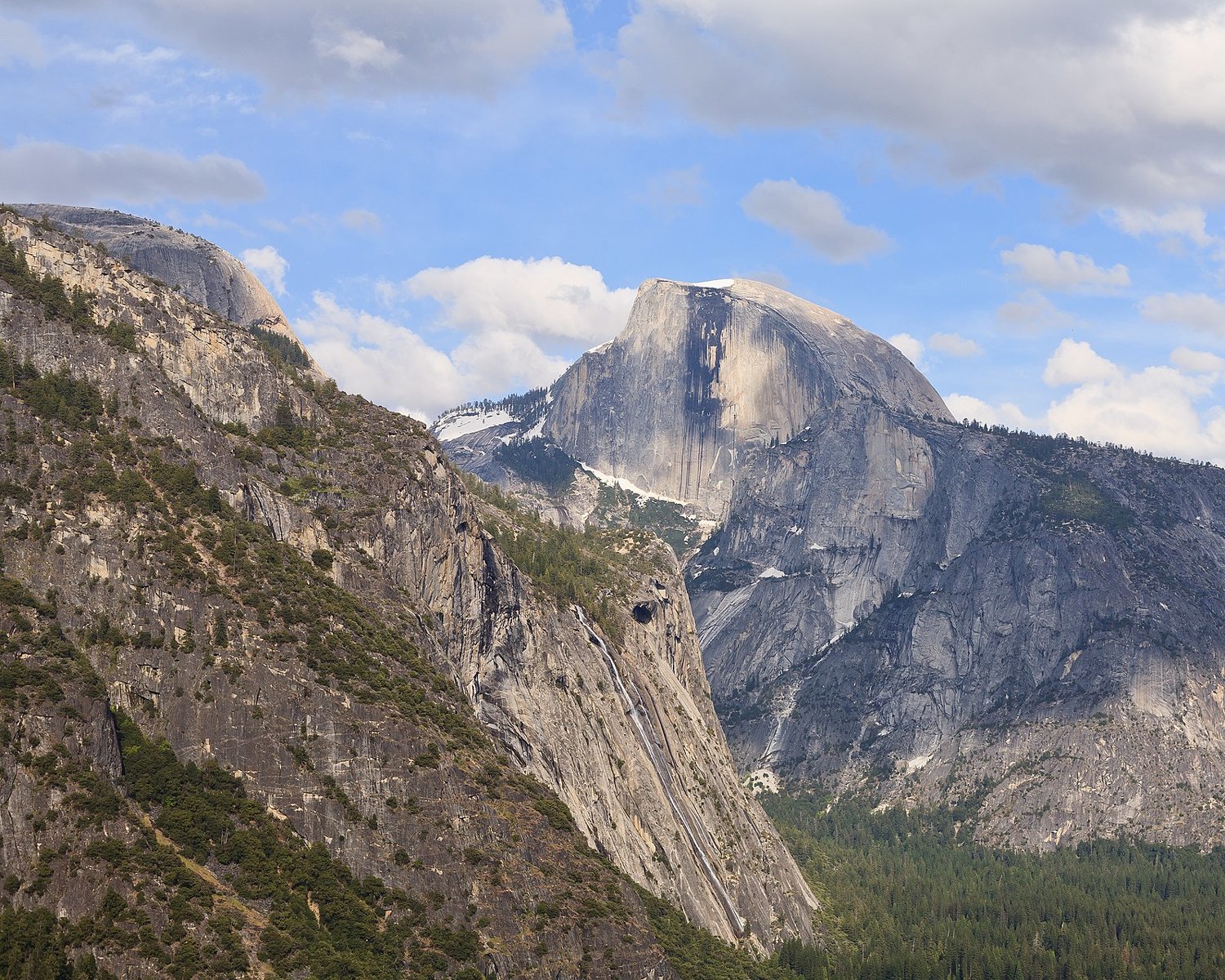 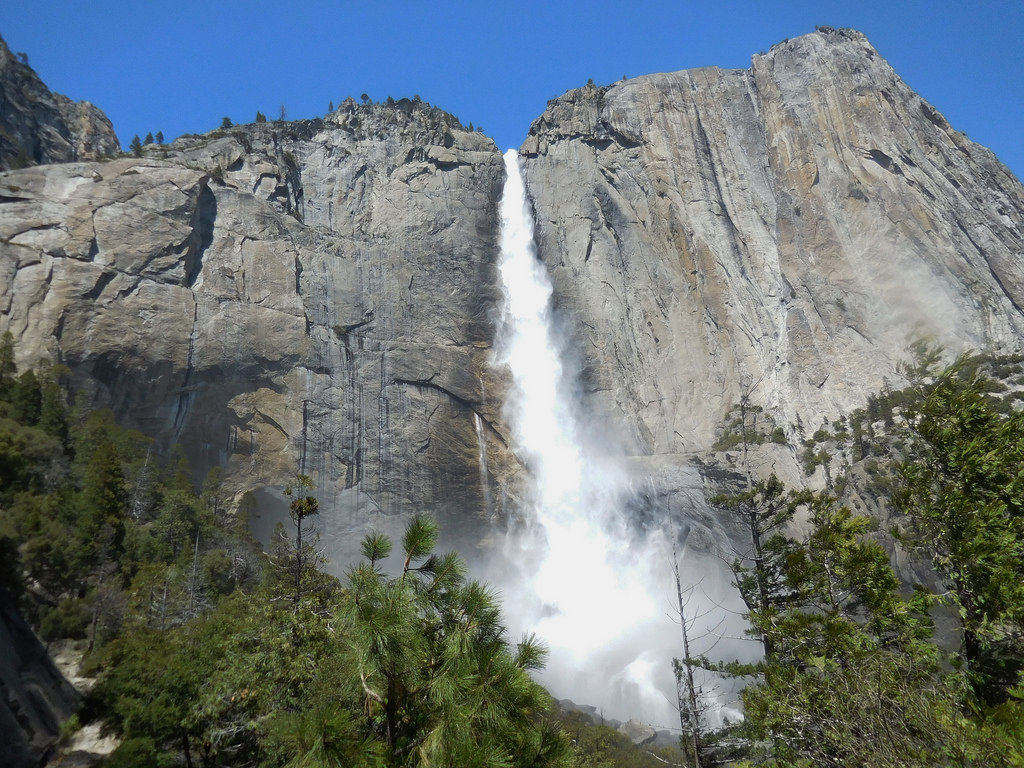 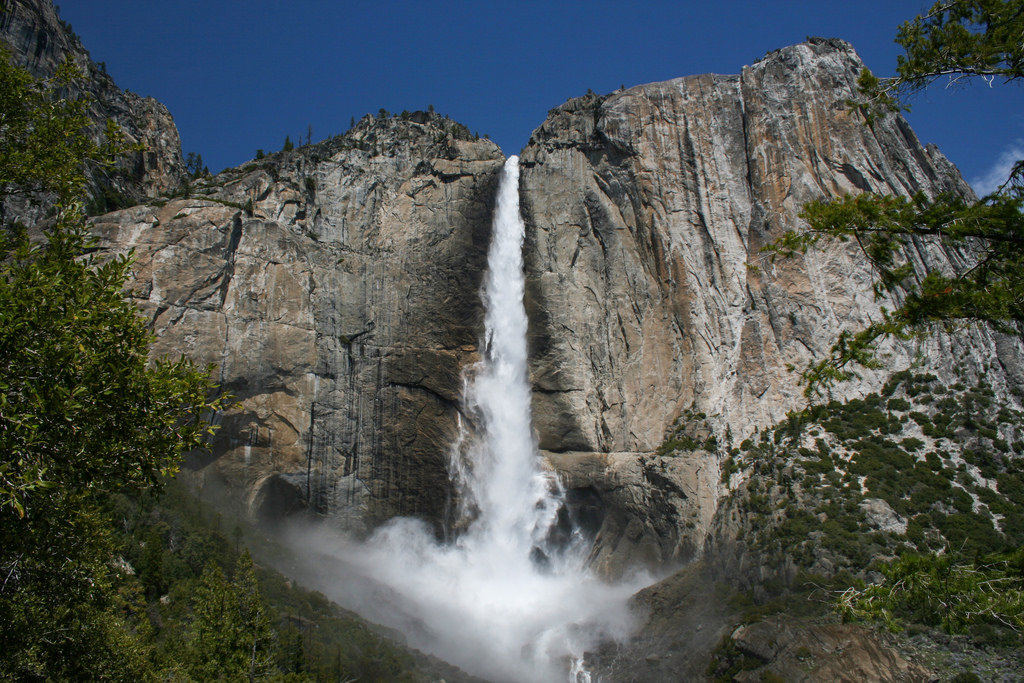 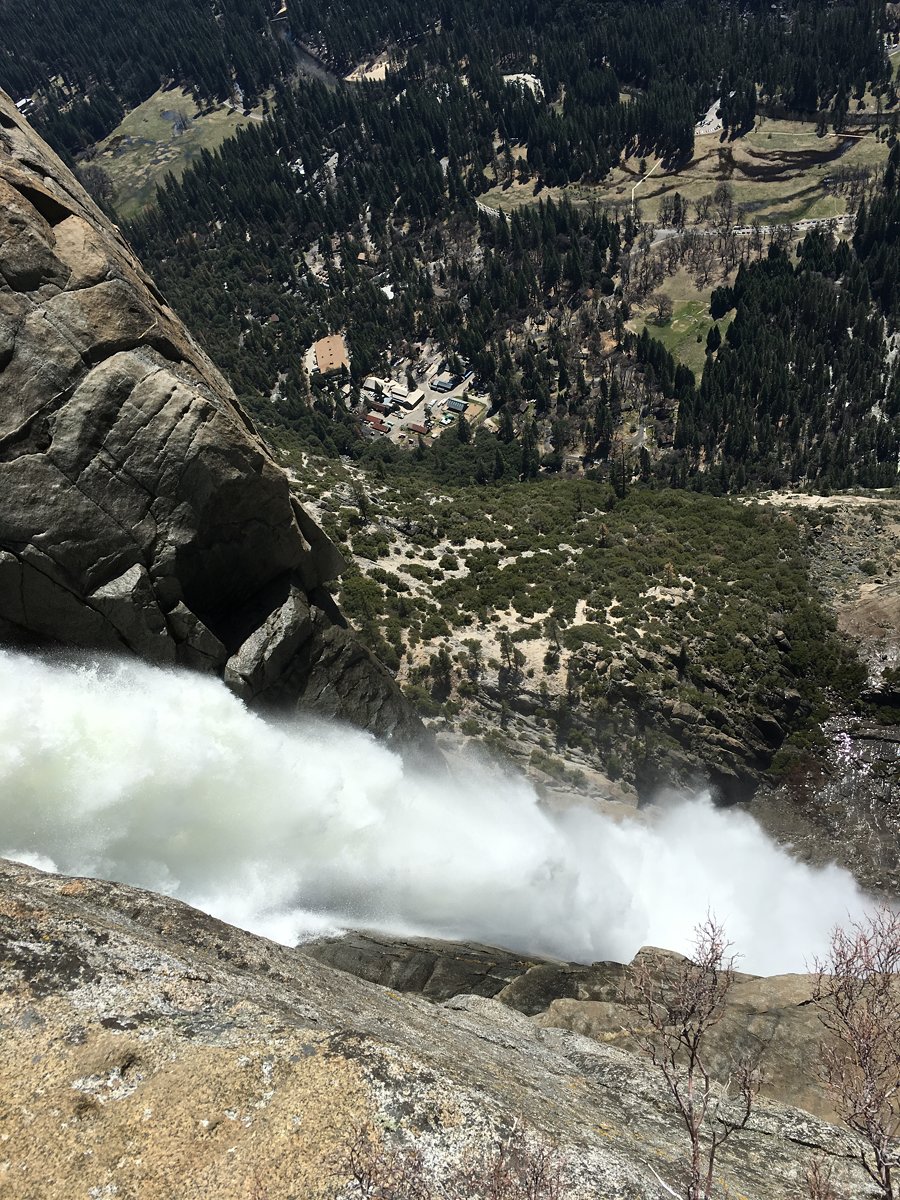