×
What are you looking for?
See all results
Mesoamerican sites in Villa Díaz Ordaz 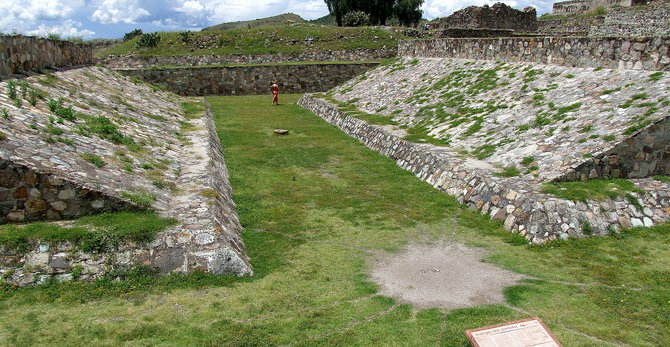 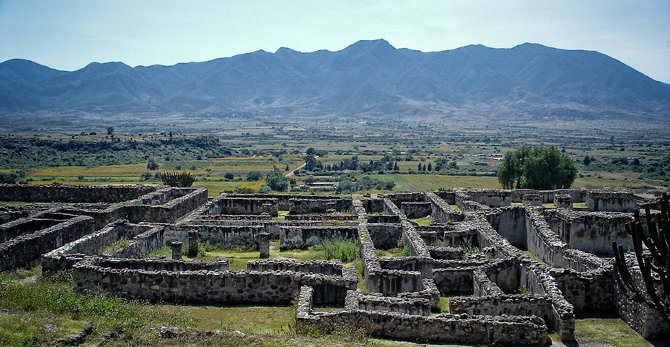 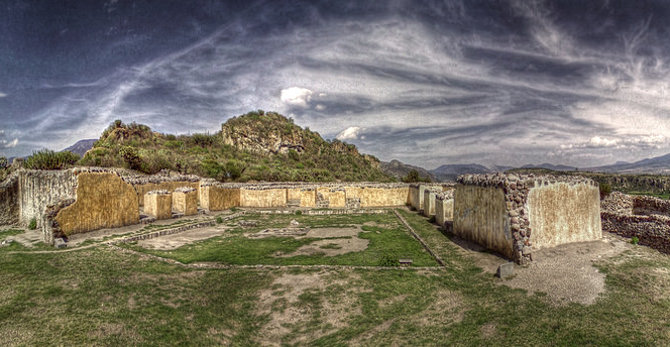 Yagul is an archaeological site and former city-state associated with the Zapotec civilization of pre-Columbian Mesoamerica, located in the Mexican state of Oaxaca. The site was declared one of the country's four Natural Monuments on 13 October 1998. The site is also known locally as Pueblo Viejo (Old Village) and was occupied at the time of the Spanish Conquest. After the Conquest the population was relocated to the nearby modern town of Tlacolula where their descendants still live.

Yagul was first occupied around 500-100 BC. Around 500-700 AD, residential, civic and ceremonial structures were built at the site. However, most of the visible remains date to 1250-1521 AD, when the site functioned as the capital of a Postclassic city-state.

The site was excavated in the 1950s and 60s by archaeologists Ignacio Bernal and John Paddock.

Vestiges of human habitation in the area, namely cliff paintings at Caballito Blanco, date to at least 3000 BCE. After the abandonment of Monte Albán about 800 CE, the region's inhabitants established themselves in various small centers such as Lambityeco, Mitla and Yagul.

Yagul comes from the Zapotec language, it is formed from ya (tree) and gul (old), hence "old tree".

Yagul is located just off Highway 190 between the city of Oaxaca and Mitla, about 36 km from the former. The site is situated on a volcanic outcrop surrounded by fertile alluvial land. The Salado river flows to the south.

The site is set around a hill, and can be divided into three principle areas; the fortress, the ceremonial center and the residential areas. The construction stone at Yagul is mainly river cobbles formed from volcanic rock such as basalt. About 30 tombs have been found at Yagul, sometimes located in pairs. A few of these bear hieroglyphic inscriptions.

Situated atop the cliffs to the northeast of the site and protected by natural and artificial walls, it has an excellent vantage point over the whole Tlacolula Valley. It has several lookout points, including one reached by a narrow bridge.

Unexcavated residential areas lie on terraces to the south, east and west of the hill. Classic Period residences are to the northwest of the excavated ceremonial centre and lower class Postclassic residences are presumed to lie around the site core.

The ceremonial center composes the vast majority of what has been excavated, and what can be seen today. Some of the structures in this area are:

The site is in the care of the Instituto Nacional de Antropología e Historia (National Institute of Anthropology and History) and is open to the public.

Dainzú is a Zapotec archaeological site in the Valley of Oaxaca, an

Suchilquitongo is a Mesoamerican archaeological site located in

Tres Zapotes is a Mesoamerican archaeological site located in the 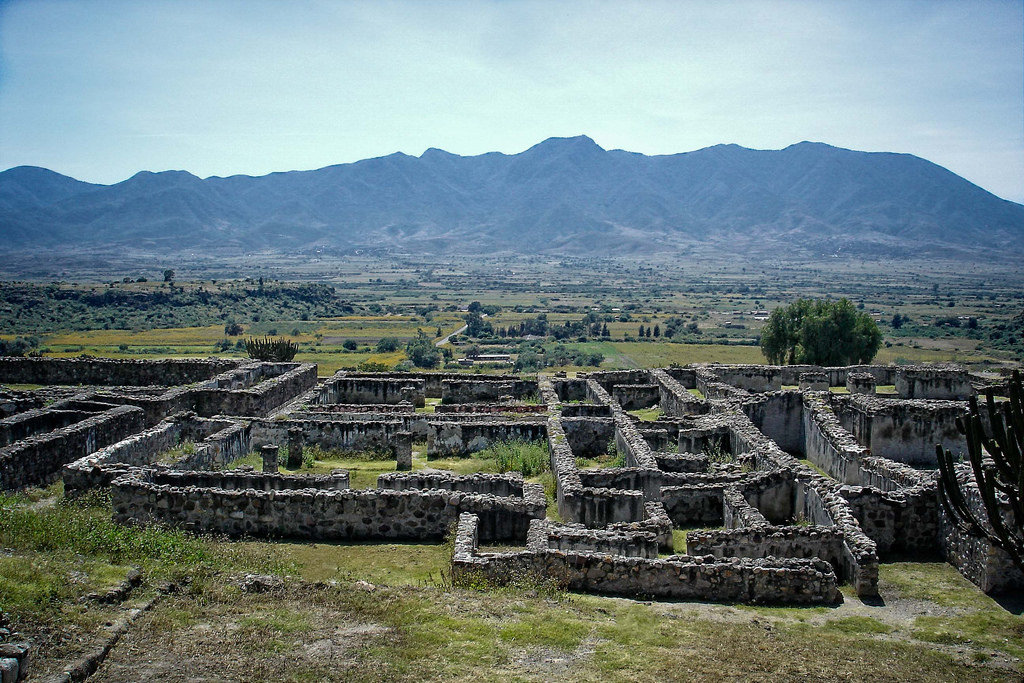 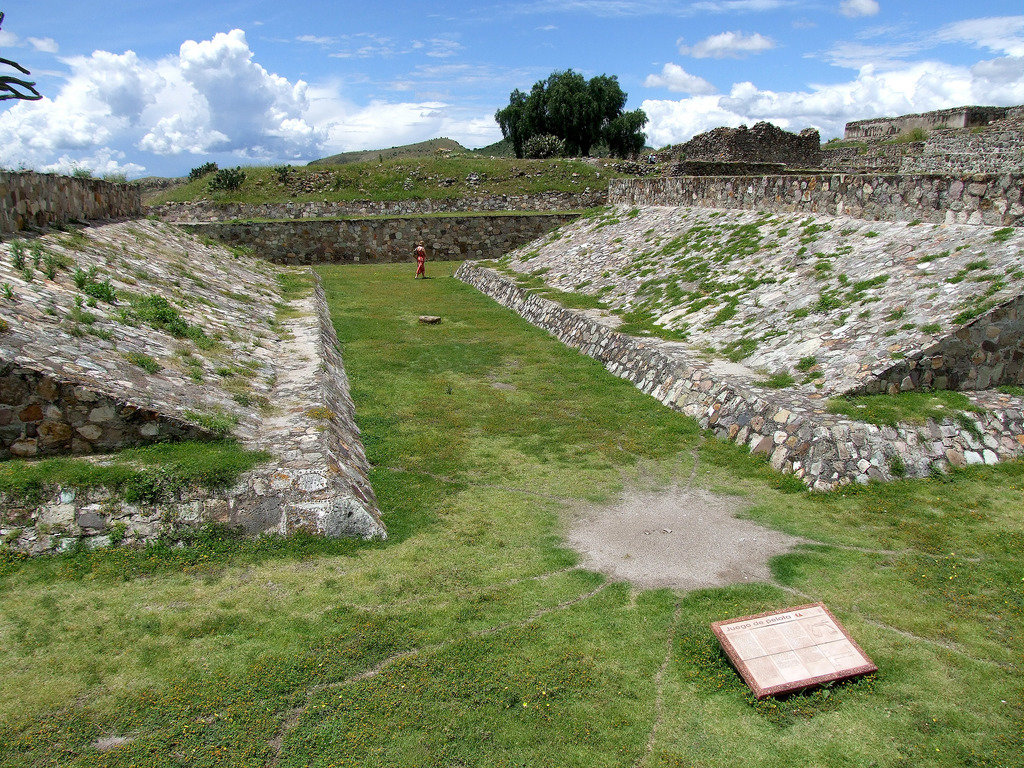 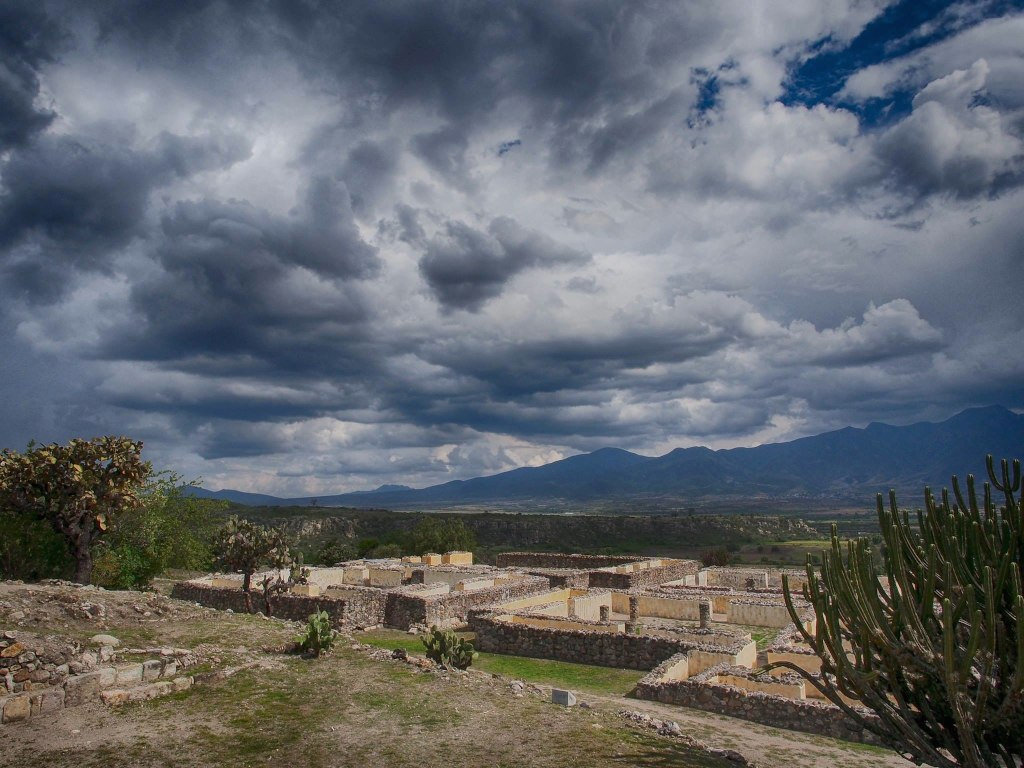 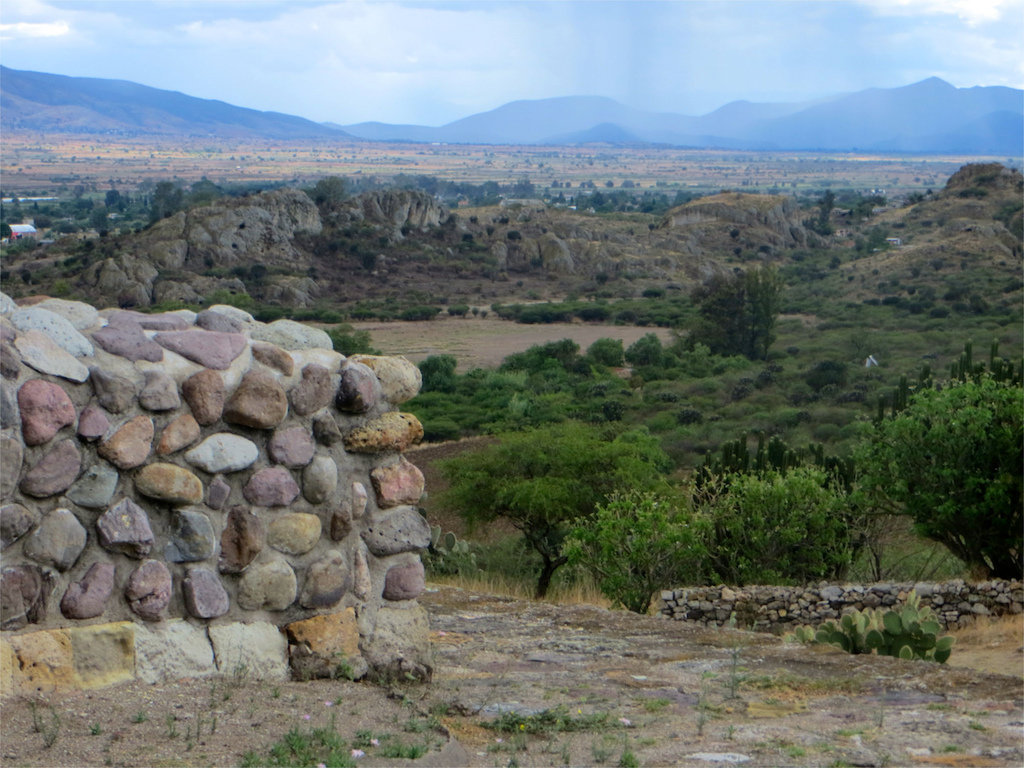 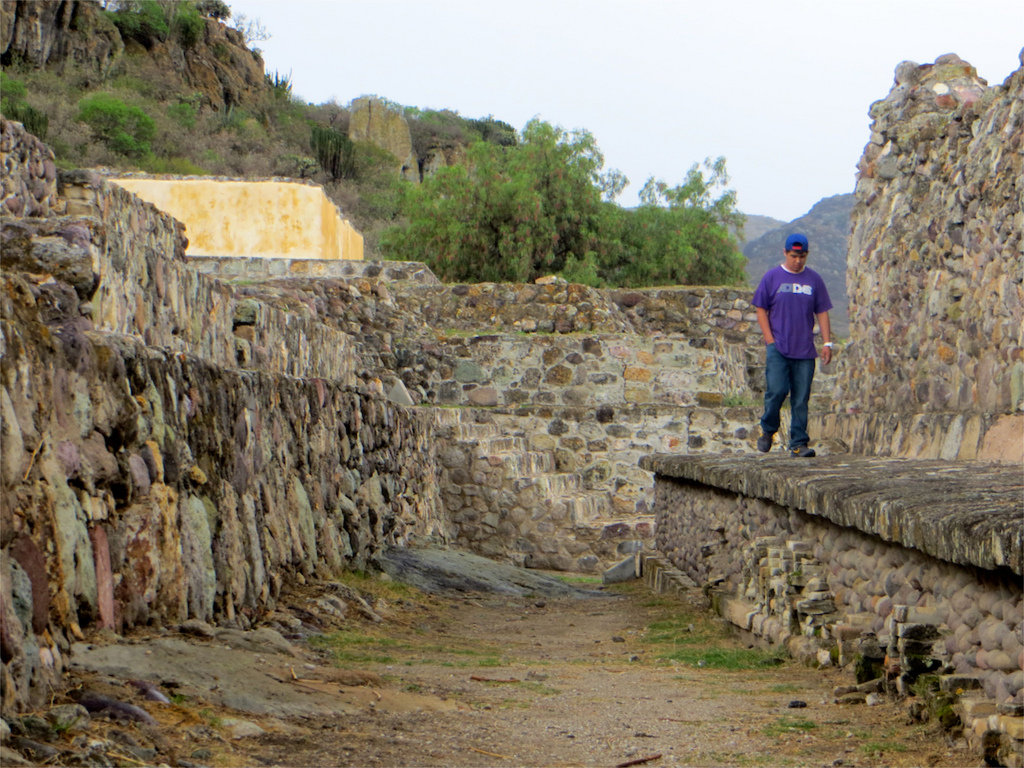 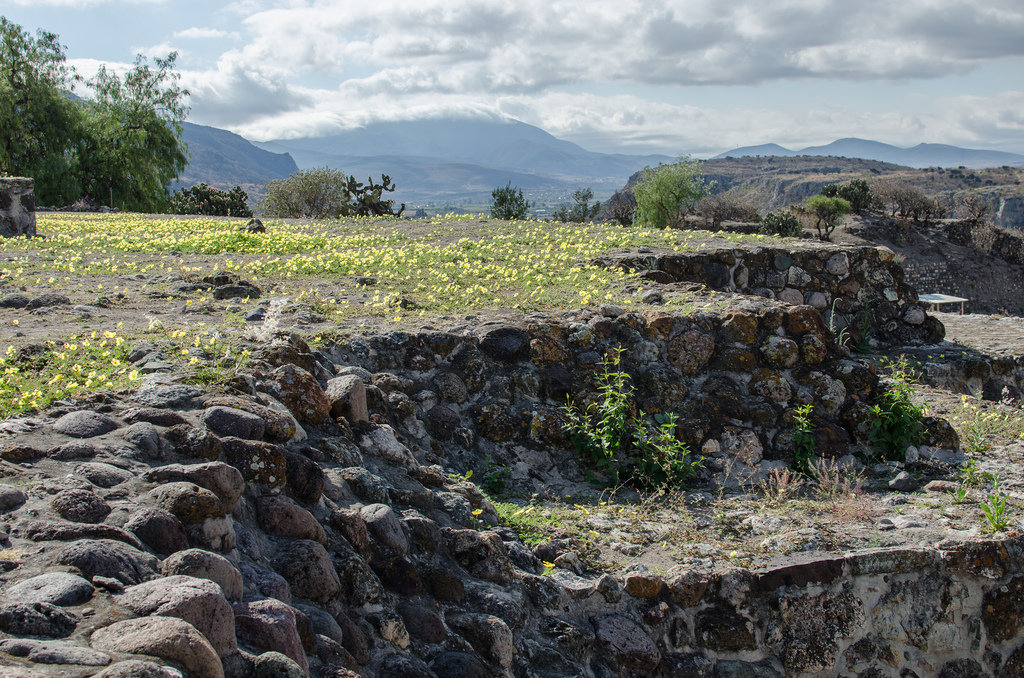 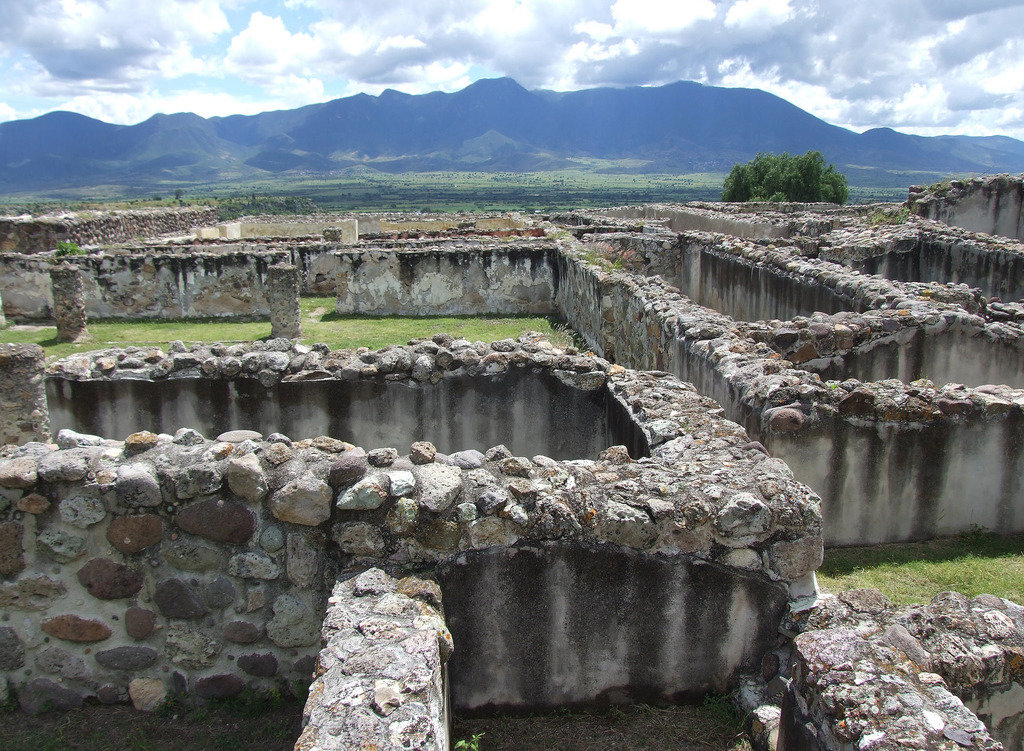 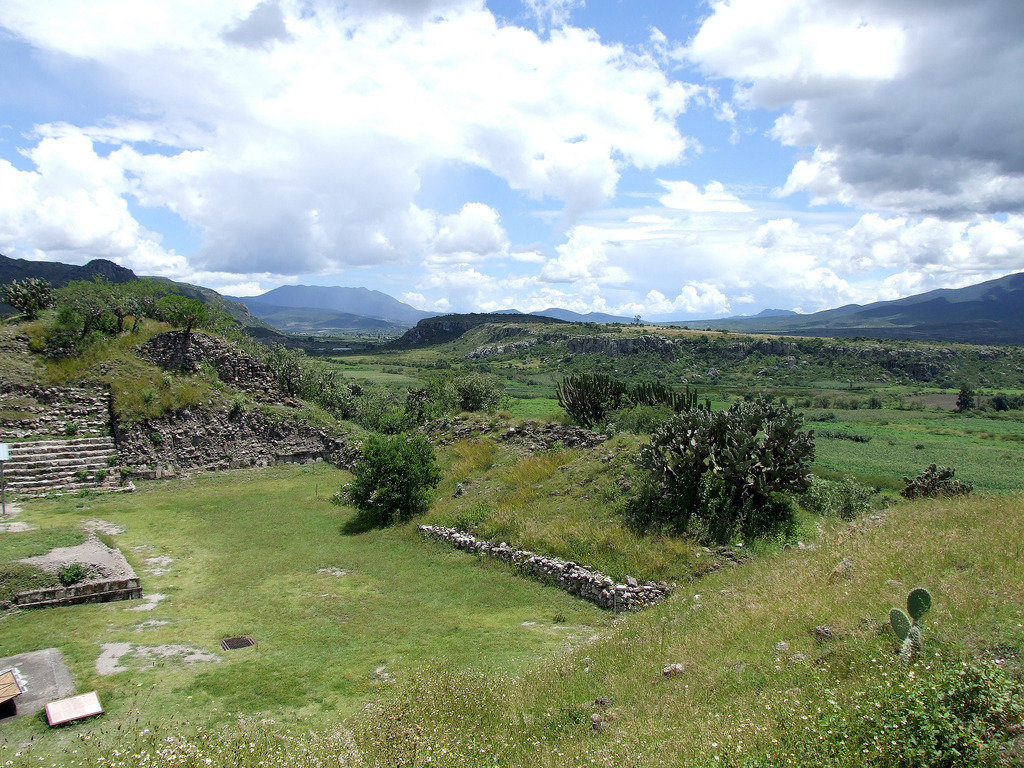 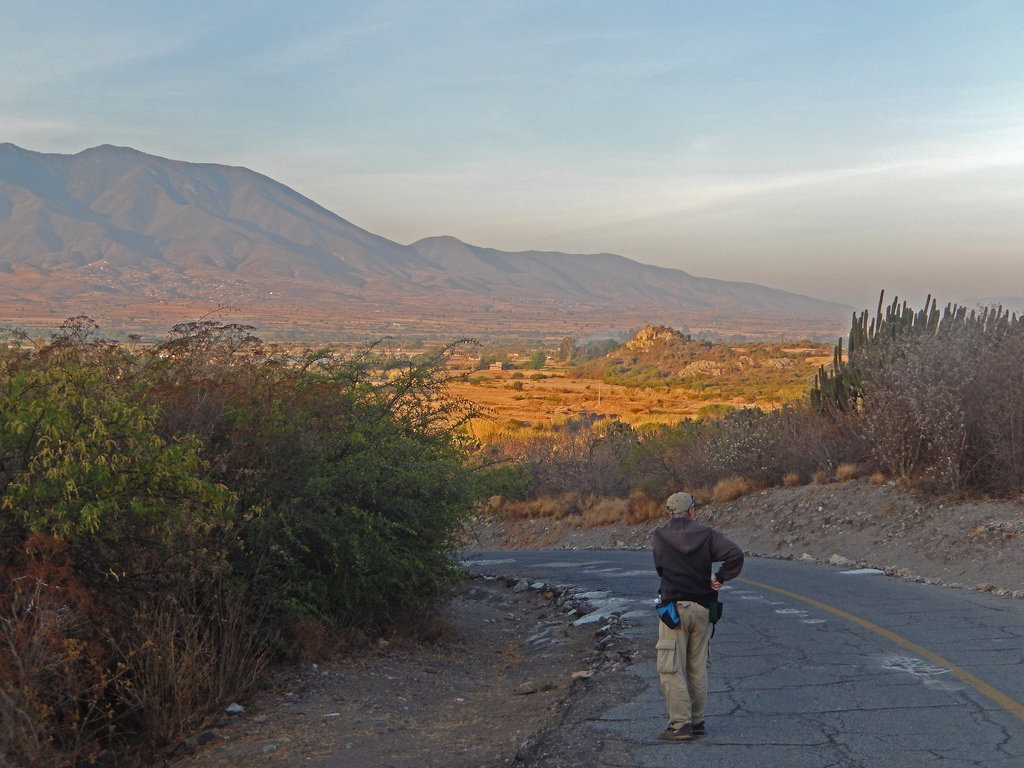 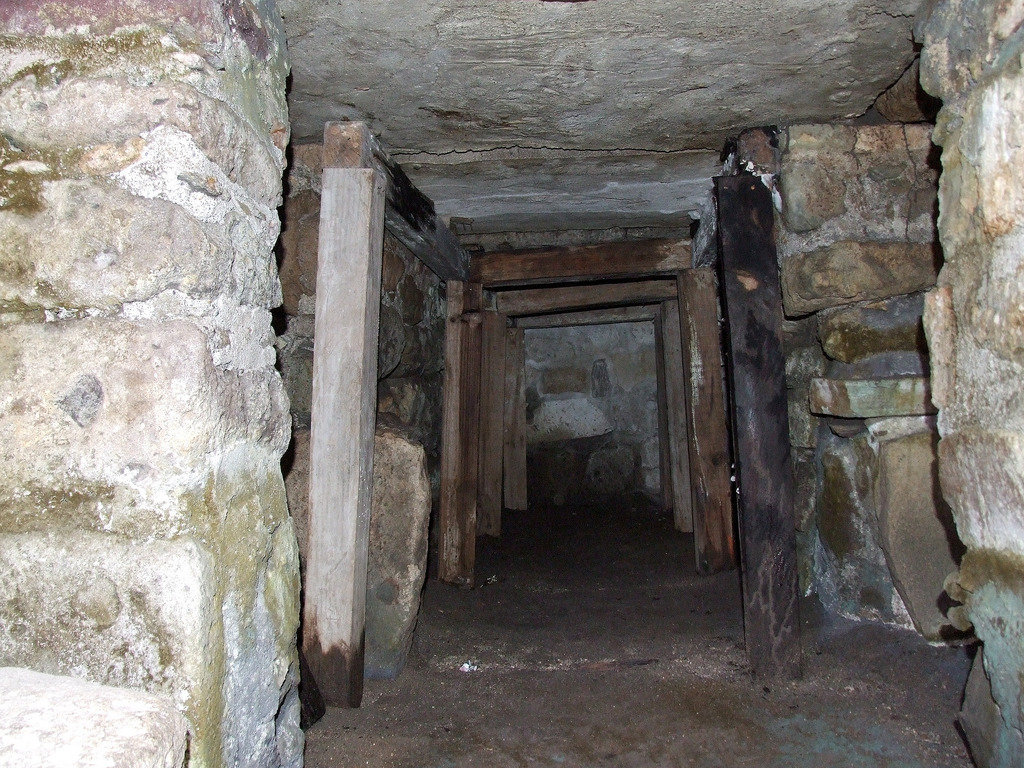 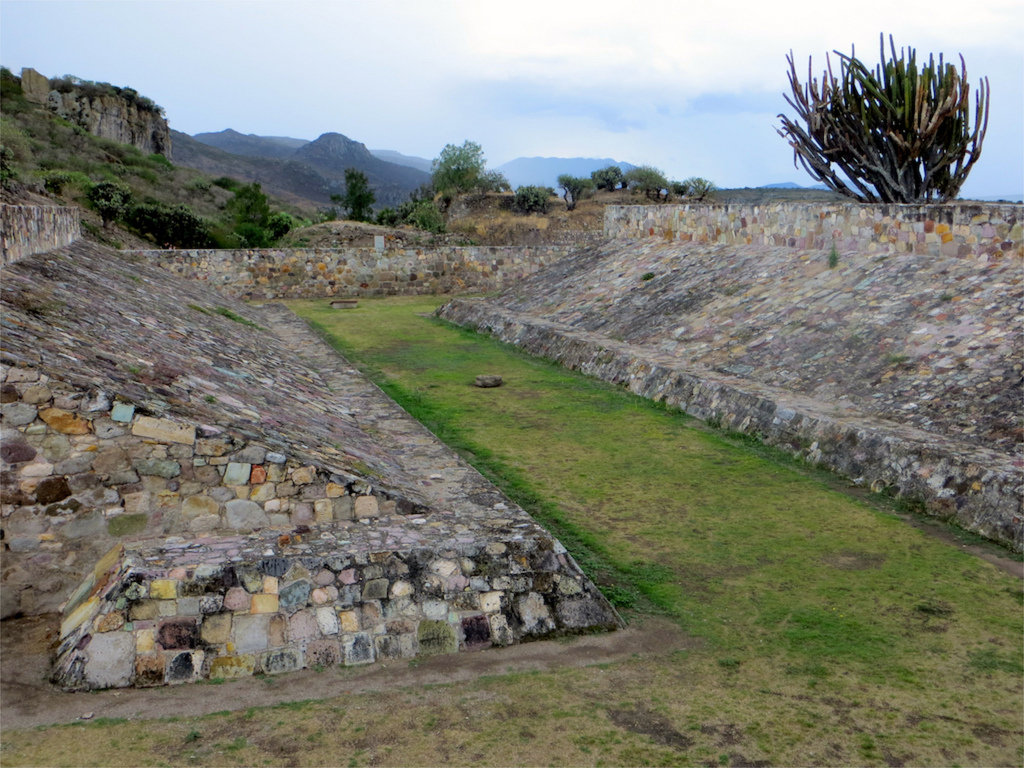 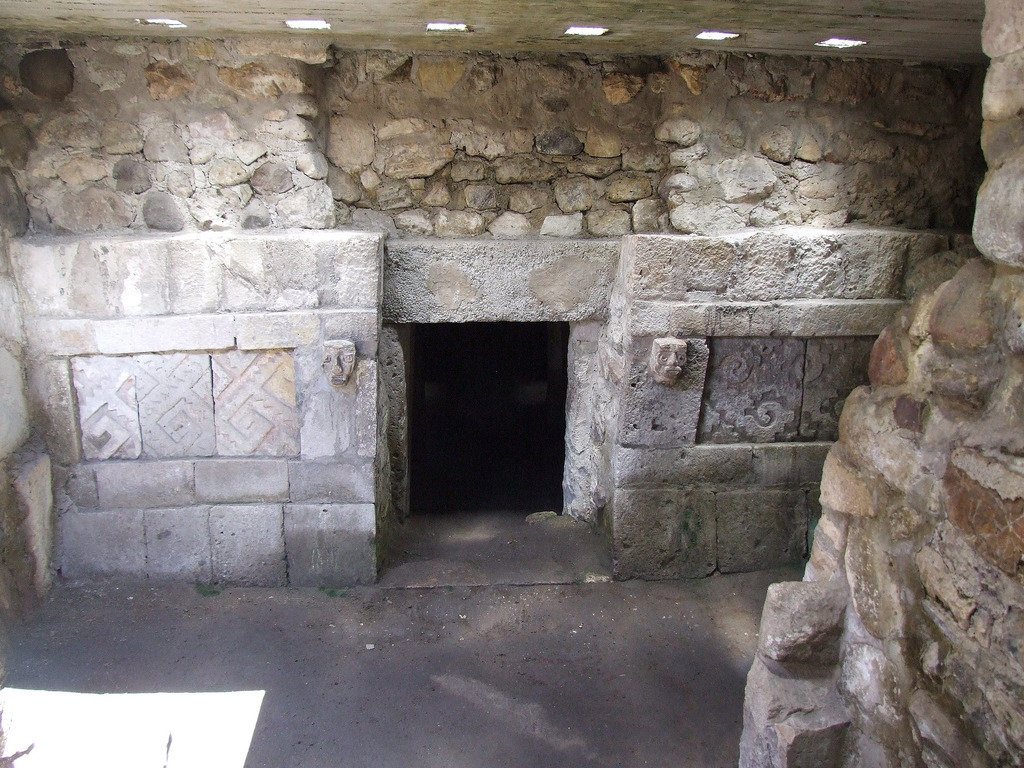 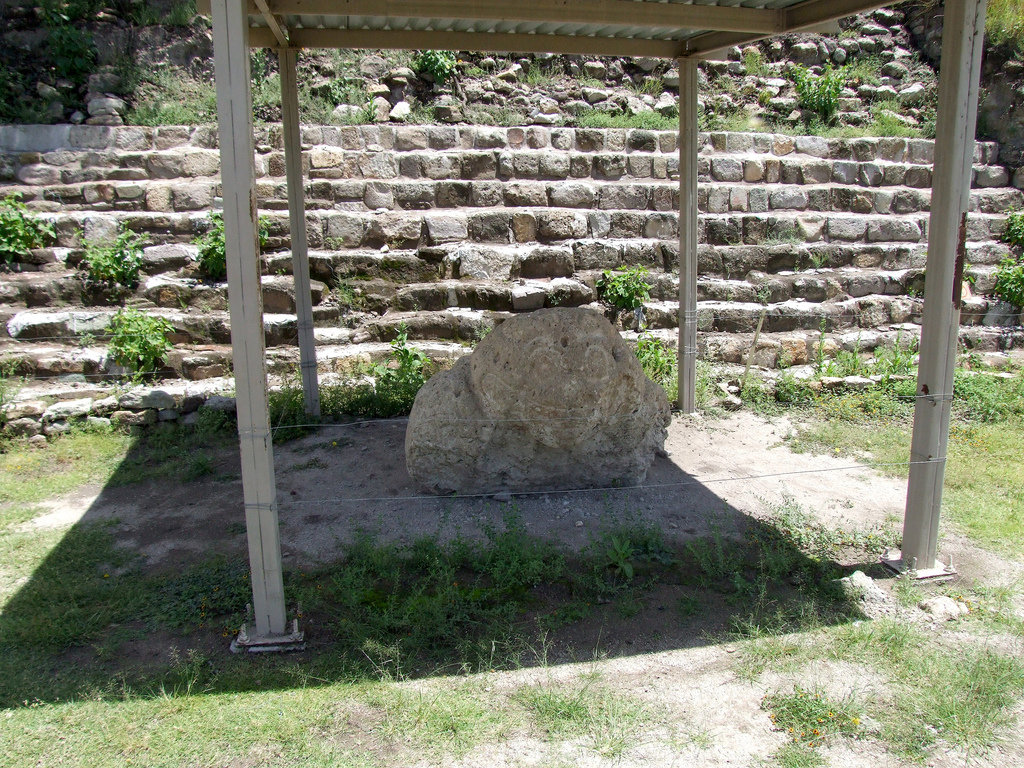 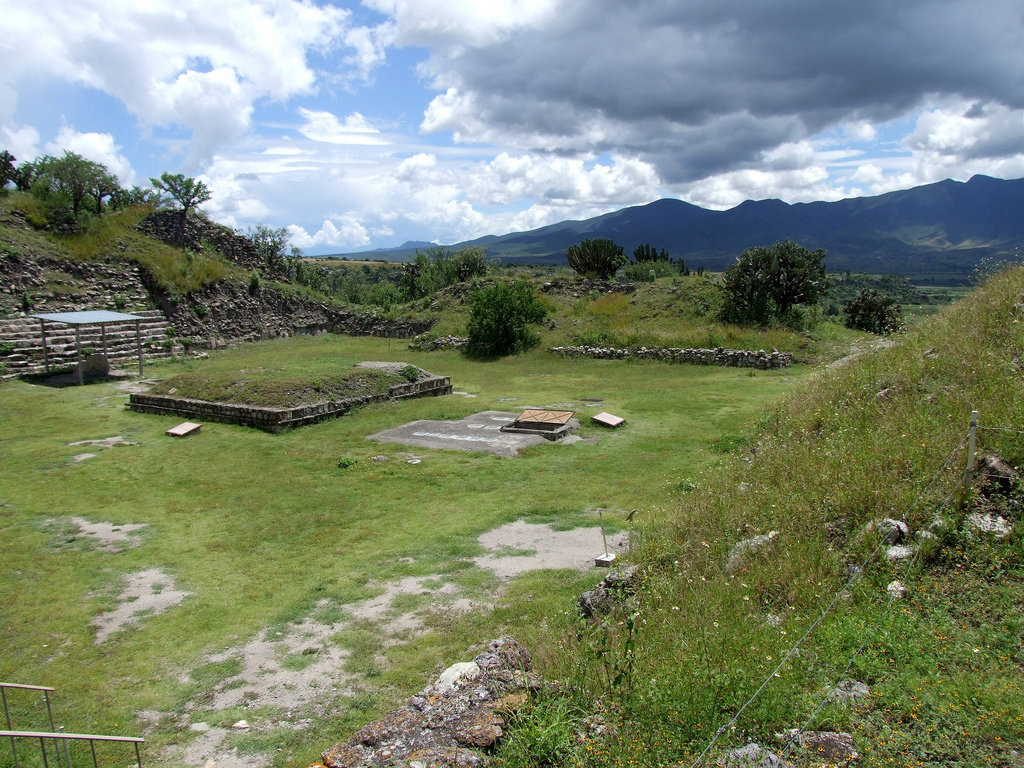 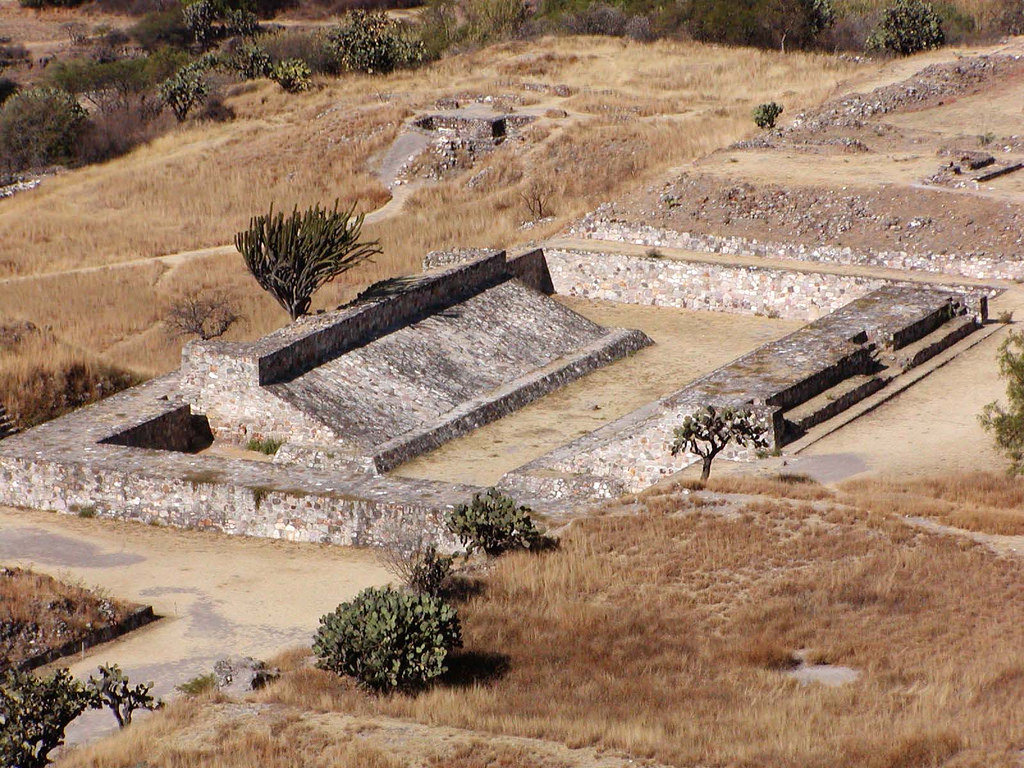 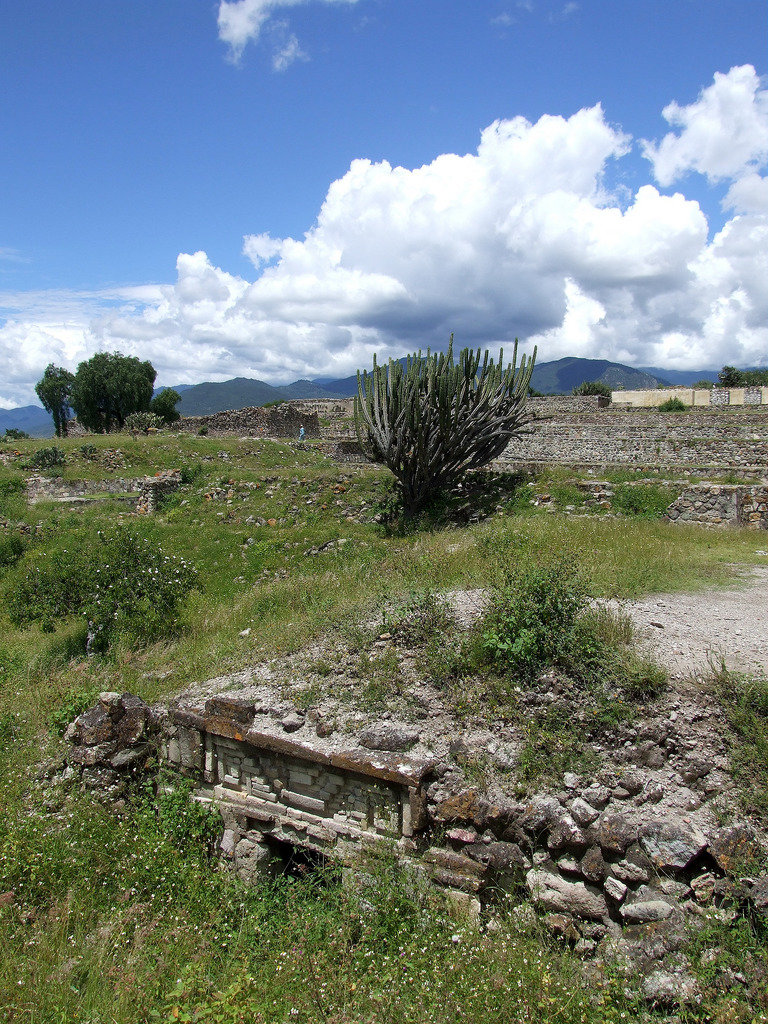 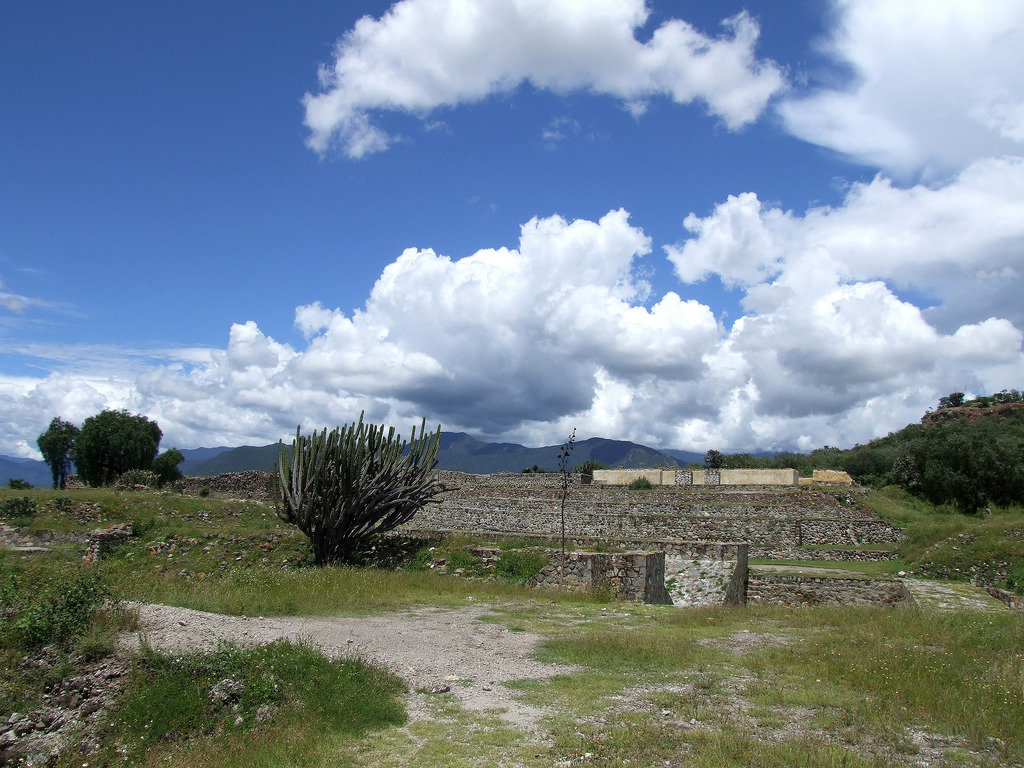 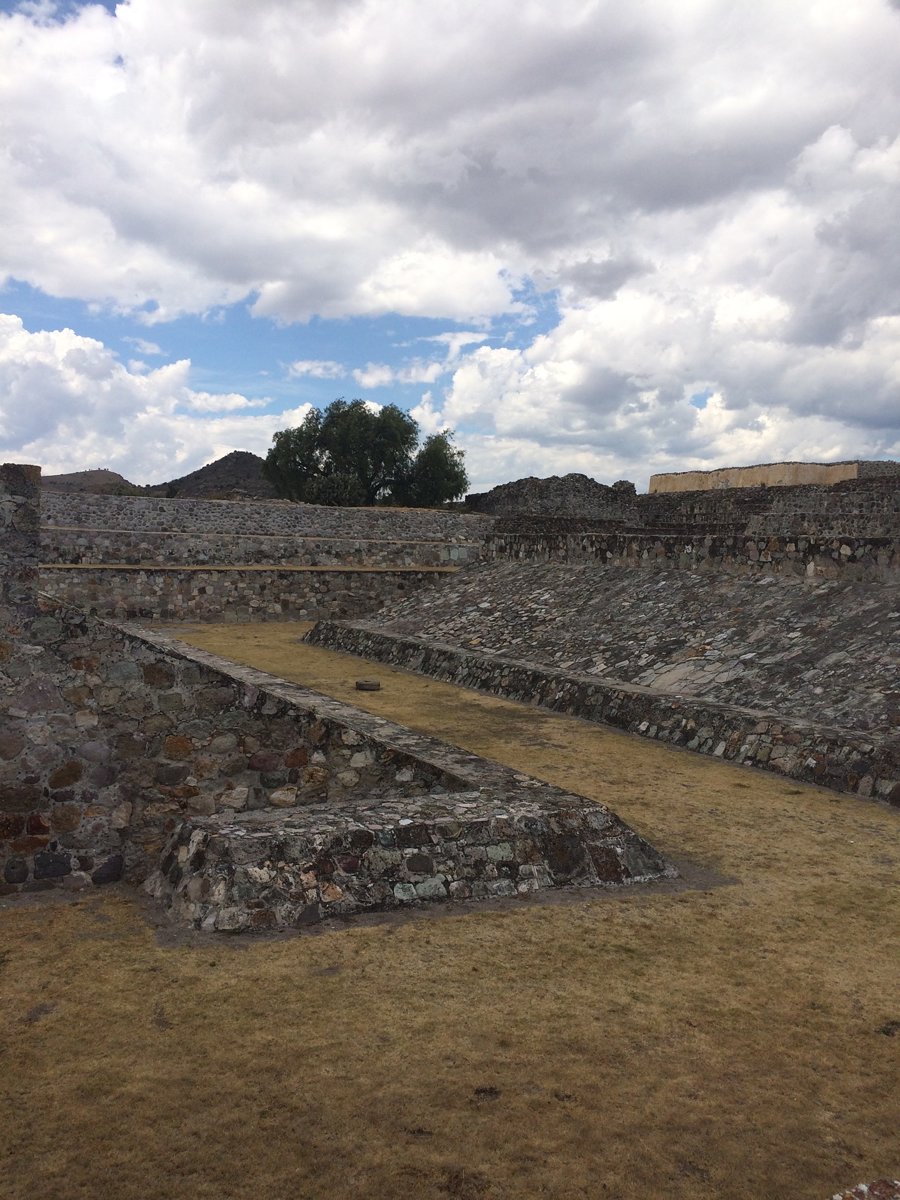 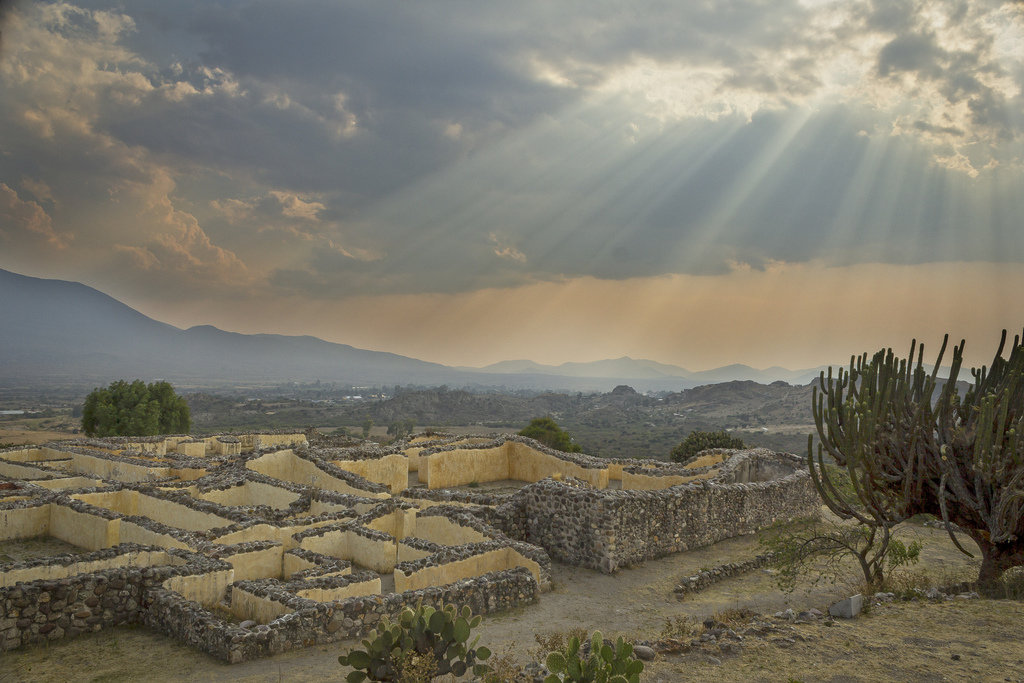