Wonderwerk Cave is an archaeological site, formed originally as an ancient solution cavity in Dolomite rocks of the Kuruman Hills, situated between Danielskuil and Kuruman in the Northern Cape Province, South Africa. It is a National Heritage Site within a servitude ceded to and managed as a satellite of the McGregor Museum in Kimberley. Geologically, hillside erosion exposed the northern end of the cavity, which extends horizontally for about 140 m into the base of a hill. Accumulted deposits inside the cave, up to 7 m in depth, reflect natural sedimentation processes such as water and wind deposition as well as the activities of animals, birds and human ancestors over a period of some 2 million years. The site has been studied and excavated by archaeologists since the 1940s and research here generates important insights into human history in the subcontinent of Southern Africa. Wonderwerk means “miracle” in the Afrikaans language.

The cave contains up to 6 m depth of archaeological deposits reflecting human and environmental history through the Earlier, Middle and Later Stone Ages to the present. Cosmogenic dating suggests that basal sediment entered the cave some 2 million years ago. Rock art occurs in the form of parietal paintings within the first 40 metres from the entrance, possibly all less than 1000 years old, and small engraved stones found within the deposit, mainly from the Later Stone Age sequence where they date back some 10 500 years. The associations of older engraved or striated pieces have yet to be substantiated.

Major damage was caused in the 1940s when local farmers dug up large parts of the cave interior to bag and sell organic-rich material as fertiliser – which in fact comprised stratified archaeological deposits containing artefacts, bone and other material that would have been crucial to an understanding of the cultural and palaeoenvironmental history of the site. The presence of bone was reported upon, leading to the first archaeological and zooarchaeological investigations.

The initial archaeological studies of the 1940s, by Malan, Cooke and Wells, were followed up briefly by K.W. Butzer in the 1970s. Peter Beaumont of the McGregor Museum in Kimberley then carried out major excavations at the site between 1978 and 1993, with Anne Thackeray and Francis Thackeray working at the site in 1979, excavating and researching the Later Stone Age levels from cultural and archaeozoological perspectives respectively. Current work is being led by Prof Michael Chazan of the University of Toronto in collaboration with the McGregor Museum (where excavated assemblages are housed). A digital model of the site was created by laser scanning, forming part of the Zamani Project. Key team members working on the dating of the lower units are Hagai Ron (magnetostratigraphic or palaeomagnetic dating), Ari Matmon (cosmogenic isotope dating), and Naomi Porat (Optically stimulated luminescence dating). Latest results of these archaeological, dating, sedimentological and palaeoenvironmental studies were reported at a symposium convened by Chazan at the site in June 2009.

The sediments within the cave exhibit often exceptional preservation of organic remains including fauna (i.e. animal bones), both larger and smaller (macro and microfauna) which shed light inter alia on species extinctions relative to the end of the last ice age circa 10 000 years ago – studied by Francis Thackeray. Margaret Avery researches the small mammal remains introduced to the cave sediments as part of the contents of owl droppings and which are indicators of palaeenvironmental conditions outside the cave. Liora Kolska Horwitz and James Brink are analyzing the fauna from a taphonomic perspective.

Also preserved are pollens, another key source of information on changing environmental conditions outside the cave, studied by E.M. van Zinderen Bakker and Louis Scott. Lloyd Rossouw is researching phytoliths from the cave, which show changing vegetation profiles, while preserved charcoal is being studied by Marion Bamford to generate data on woody plants.

Deposition processes have been the focus of work by Karl Butzer and, currently, Paul Goldberg.

Progress in researching the palaeoenvironmental record at the site were summarised at the 2009 Symposium at Wonderwerk Cave.

Indications of the cave’s contemporary social or ritual significance relate inter alia to the occasional collecting of water, by local African people, for healing purposes. Other nearby sites where beliefs concerning the ritual power of water (associated with a mythic watersnake) are remarked upon, for example by members of the Zion Christian Church, include the Kuruman Eye and Boesmanspit.

The past ritual significance of the site is subject to on-going archaeological investigation.

The rock art on the walls of the cave near its entrance, being researched by David Morris, and engraved stones found in the deposit, may implicate changing ritual significance.

The deep interior as ritual space

Aspects of the use of the cave's deep interior reaches are also being considered in these terms. Chazan and Horwitz refer, as Beaumont had done, to the introduction of manuports (unmodified natural stones) "with special sensory properties" by terminal Acheulean hominins, more than 180 000 years ago, to the deep interior of the cave which is characterised by "singular acoustic and visual qualities." They argue that the site provides a "unique and extensive diachronic record of milestones in the development of symbolic behaviour" and "evidence to support the position that elements of symbolic behaviour emerged long before the dispersal of modern humans out of Africa."

Wonderwerk Cave, within a servitude ceded to the McGregor Museum, was declared a National Monument of South Africa in 1993. It was opened to the public, with a site museum, in 1993. In the same year a major graffiti-removal project was carried out. In 1999 new legislation had the site automatically become a Grade 2 Provincial Heritage Site, until it was nominated for Grade 1 National Heritage Status in 2003 (approved in March 2009). Declaration of Wonderwerk Cave as a National Heritage Site was published in the Government Gazette on 12 March 2010. Coupled in a serial nomination with Border Cave and Klasies River Mouth for South Africa's Tentative List for World Heritage inscription, it was re-nominated in its own right for the Tentative List in April 2009.

Wonderwerk Cave is one of the 100 sites selected for the 2010 World Monuments Watch List of Most Endangered Sites, announced by World Monuments Fund President Bonnie Burnham on 6 October 2009. It has been noted that the 2010 Watch List highlights the need to create a balance between heritage concerns and the social, economic, and environmental interests of communities around the world.

Tips & Hints
Arrange By:
Popular first New first
There are no tips nor hints for Wonderwerk Cave yet. Maybe be you will be the first one to post useful information for fellow travellers? :)
2.3/10
3 people have been here
I've been here
Add to wishlist

Boesmansgat, also known in English as 'Bushman's Hole', is believed to

The Big Hole is an open-pit mine in Kimberley, South Africa and

Uplistsikhe (უფლისციხე; literally, 'the lord's fortress') is an

El Soplao is a cave located in the municipalities of Rionansa,

Tsankawi is a detached portion of Bandelier National Monument in New 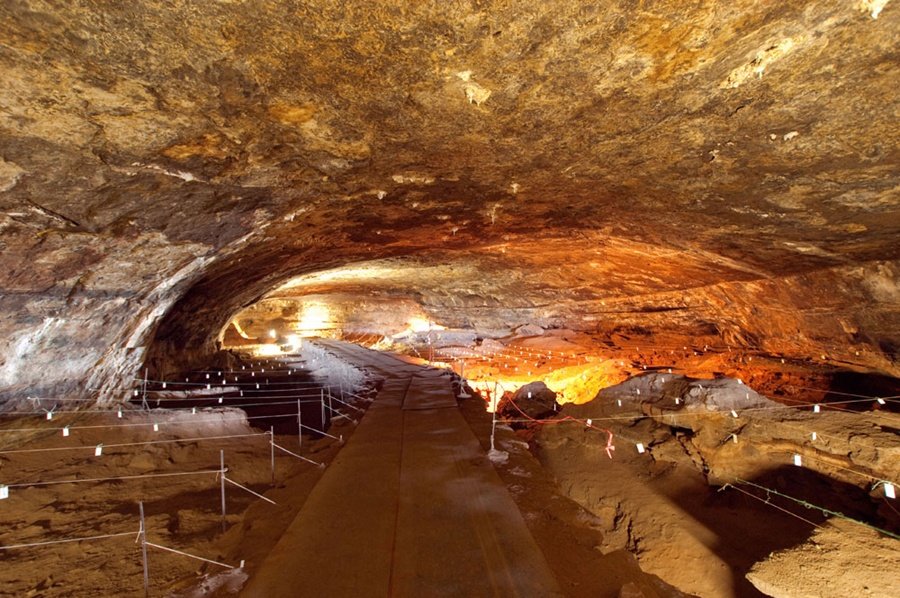