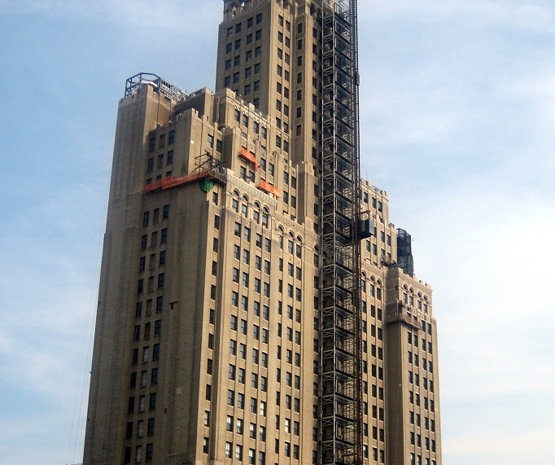 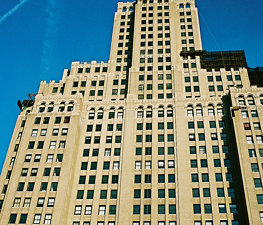 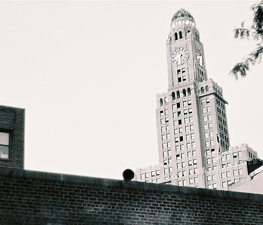 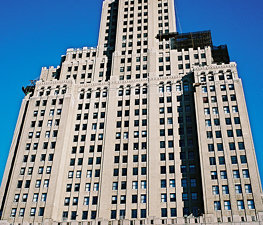 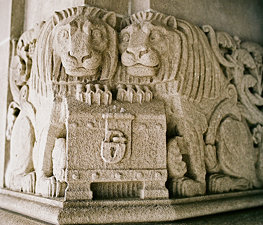 The Williamsburgh Savings Bank Tower, or One Hanson Place, is the tallest completed building in the borough of Brooklyn, New York City and a familiar Brooklyn landmark: The AIA Guide to New York City says, "inadvertently, this was New York's most phallic symbol... dominating the landscape of all Brooklyn."

At 37 stories and 512 feet (156 m) tall, it was the tallest and is still the third tallest building on Long Island, and is among the tallest four-sided clock towers in the world. Built in 1927 by the architectural firm Halsey, McCormack and Helmer, in a modernized (Art Deco) Byzantine Romanesque style, it is located at 1 Hanson Place, at the corner of Ashland Place, near the intersection of Atlantic and Flatbush Avenues, across from Atlantic Terminal Mall. Despite the name it stands in the Fort Greene section of Brooklyn rather than Williamsburg, spelled without the h, where the bank's original headquarters building by George B. Post still stands; the original building's landmark dome was applied as a cap, at the bank officers' insistence, over Helmer's protests, with the familiar phallic result. It was built with a vast, vaulted banking hall, 63 feet high, one of the most famous interiors in New York, facing with limestone and marbles, with mosaics and huge tinted windows containing silhouetted iron cutouts with vignettes of workers, students etc. Above were two floors of banking offices. The rest of the balanced through not symmetrical vertical massing of staggered setbacks in buff-colored brick and architectural terracotta contained rental office spaces.

On the exterior a highly-polished shoulder-height dado veneered with veined and colored Minnesota granite presents a glistening variegated surface to the pedestrian passing at close distance and offers a discreet inscription near a corner:

TO OUR DEPOSITORS PAST AND PRESENT THIS BUILDING IS DEDICATED. BY THEIR INDUSTRY AND THRIFT THEY HAVE BUILT HOMES AND EDUCATED CHILDREN, OPENED THE DOOR OF OPPORTUNITY TO YOUTH AND MADE AGE COMFORTABLE INDEPENDENT AND DIGNIFIED. BY THOSE STURDY VIRTUES THEY HAVE OBTAINED THEIR AMBITIONS, SWEPT ASIDE THE PETTY DISTINCTIONS OF CLASS AND BIRTH AND SO MAINTAINED THE TRUE SPIRIT OF AMERICAN DEMOCRACY.

Carved details around the windows are appealingly literal, in the vein of architecture parlante, speaking of the values of thrift with beehives, squirrels that store nuts, the head of Mercury, god of Commerce, wise owls, and seated lions whose paws protect the bank's lockbox, with the bank's monogram on the lock haft. Embedded in the ashlar wall face above are square basreliefs, one on the right of a burglar, whom the depositor understood would be thwarted by the extremely massive 60-ton vault doors in the basement, which stood open for inspection during banking hours.

The architect of Halsey, McCormack and Helmer, Robert Helmer, wrote at the time of the building's opening that he wanted the building "to be regarded as a cathedral dedicated to the furtherance of thrift and prosperity."Inside, the low vaulted ceiling of the narthex-like vestibule is mosaiced with tesserae that vary from gray-blue to the most intense turquoise and ultramarine. Glass doors applied with wrought iron screens by René Chambellan depicting the artisan trades open to the vast limestone banking hall, 128 feet long, with a central nave divided from side aisles by Romanesque columns with cast-stone capitals. Friezes carved in the two-plane relief manner of Lombard Comacine masons, of foliate scrolls with animal heads, inhabited with human and animal figures, relieve the masonry walls. The ceiling vaults glitter with mosaics of tesserae of gold leaf under glass, embedded with moulded stars and showing the constellations of the Zodiac. The floor is inlaid with various colored marbles in the Cosmatesque manner At the far end a giant mosaic panel gives a bird's-eye view of Breuckelen with Manhattan in the distance beyond and the Williamsburgh Savings Bank Tower illuminated in a shaft of sunlight.

The building was designed for the Williamsburgh Savings Bank, then owned later by its parent, Republic National Bank, then, via a merger, HSBC. For years the building's offices were notably dentists' offices; the New York Daily News once called it 'The Mecca of Dentistry'. As of early 2006, Magic Johnson is converting the building to luxury condominiums. In 2008 CJ Follini and Noyack Medical Partners purchased the commercial half of this famed landmark.

The building features a gilded copper dome; carved lions, turtles and birds on the exterior; and a marble banking hall on the ground floor with 63-foot vaulted ceilings, 40-foot windows and elaborate mosaics; and two abandoned public observation decks with signage describing the Battle of Brooklyn.

The building was declared a landmark in 1977. Replacement of windows engendered a lawsuit from the Landmarks Preservation Commission that forced restoration of the original appearance of the windows.

So Much Plaid and Mason Jars, It Hurts — beanhead4529 @ Flickr

Landmarks Preservation Commission
The Williamsburgh Savings Bank was designed by Halsey, McCormick & Helmer in the Neo-Romanesque style. Built in1929 it was the 3rd building the bank built, it is part of the BAM Historic District.

Hilary Amorese
We live in the building and its very loud. Tons of kids. We wish we would have known before we moved in.

The New York Daily News
PHOTO: Stand at Flatbush and look up at the WSB Tower, just like this picture from 1955! Send your new view to @nydailynews on Twitter!
Load more comments
foursquare.com
7.7/10
Laurence Hewitt and 4,270 more people have been here
I've been here
Add to wishlist

The Prison Ship Martyrs' Monument in Fort Greene Park, in the New York

Brooklyn Borough Hall was designed by architects Calvin Pollard and

The Haymarket Memorial Clock Tower is a major landmark and popular

The Chicago Board of Trade Building is a skyscraper located in

Independence Hall is a U.S. national landmark located in Philadelphia,

The Zytglogge tower is a landmark medieval tower in Bern, Switzerland. 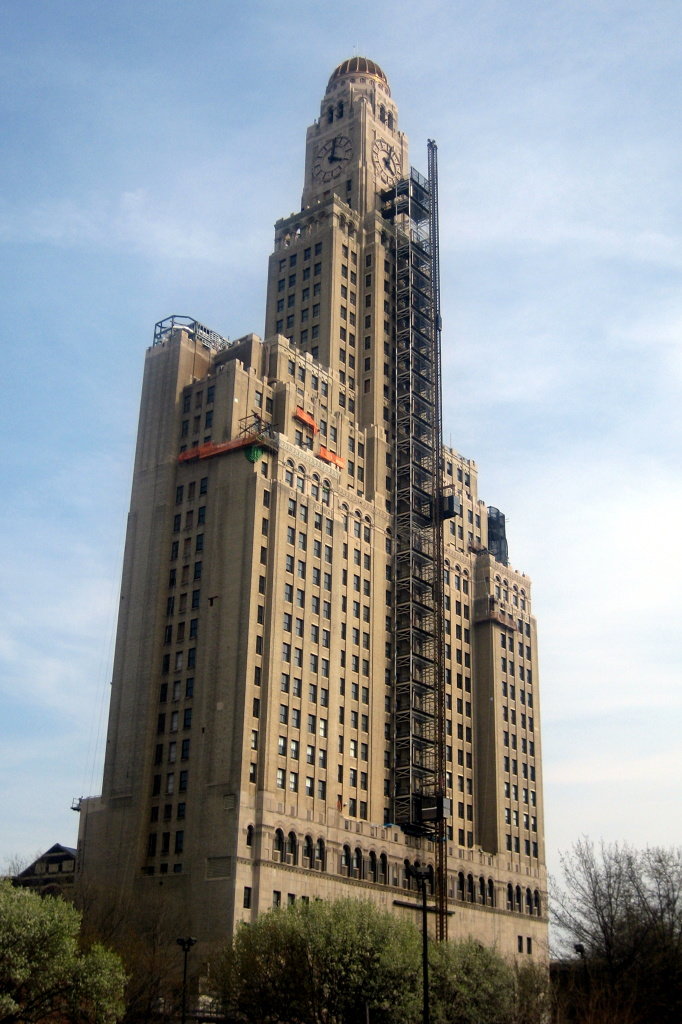 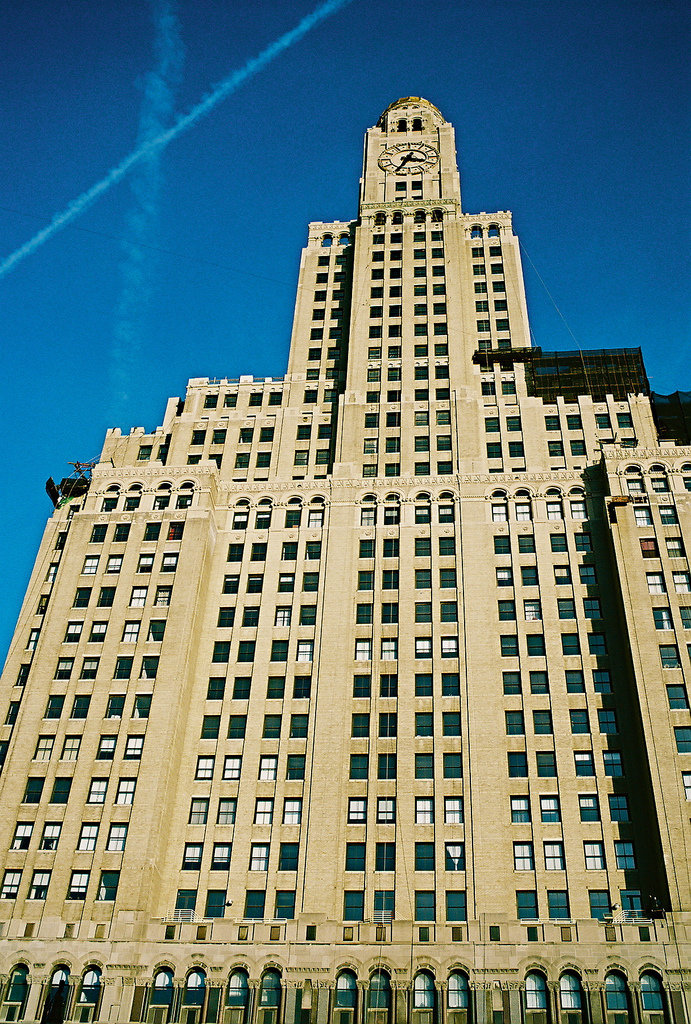 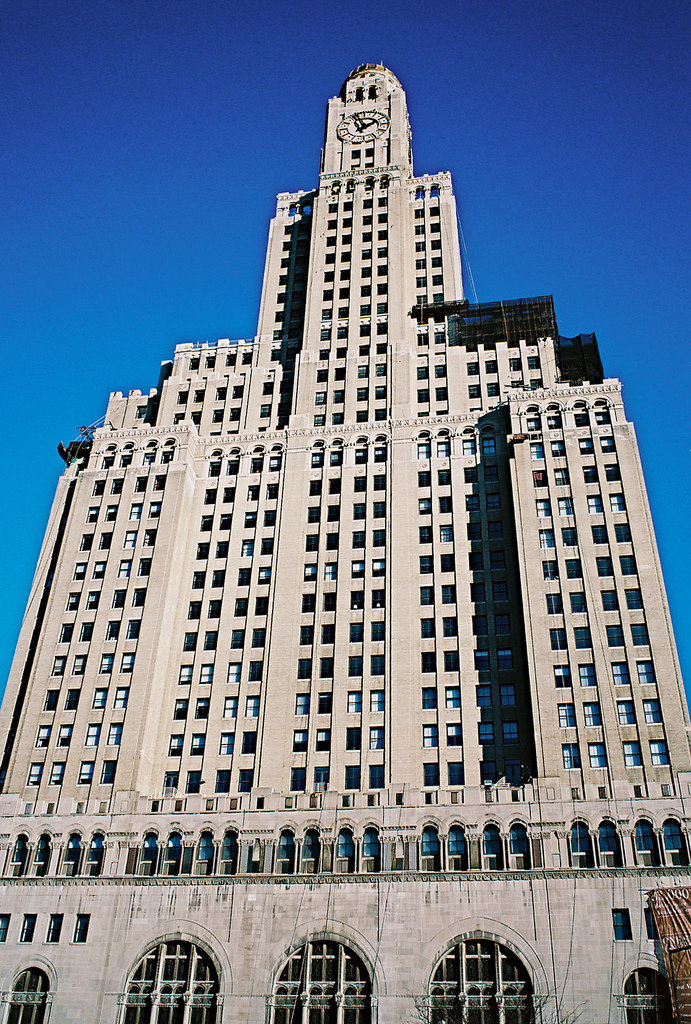 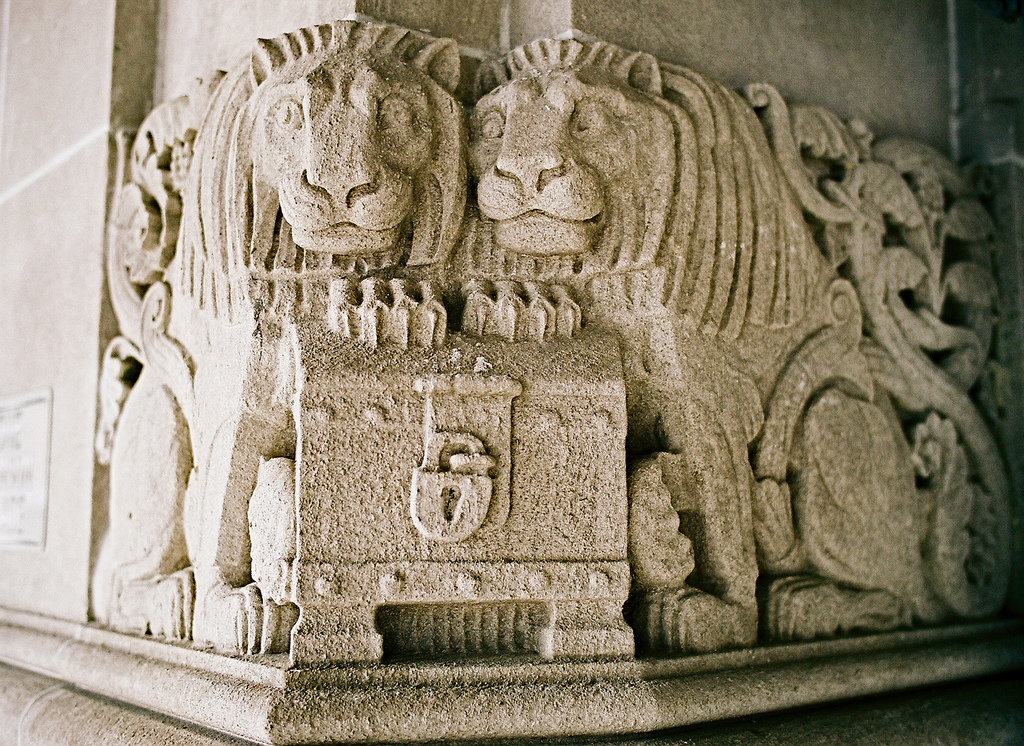 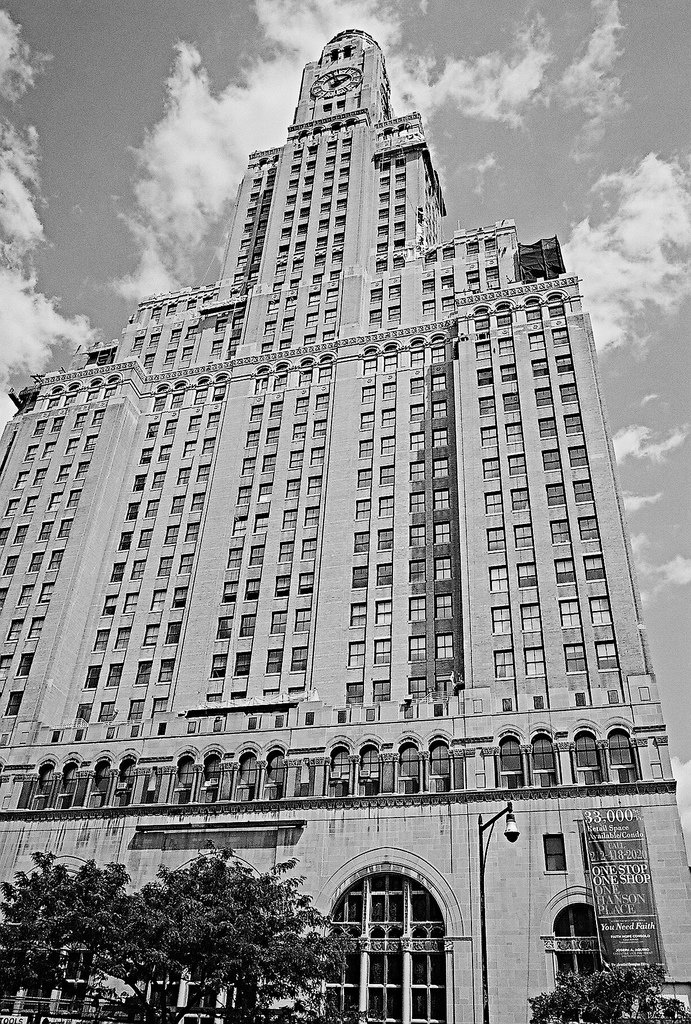 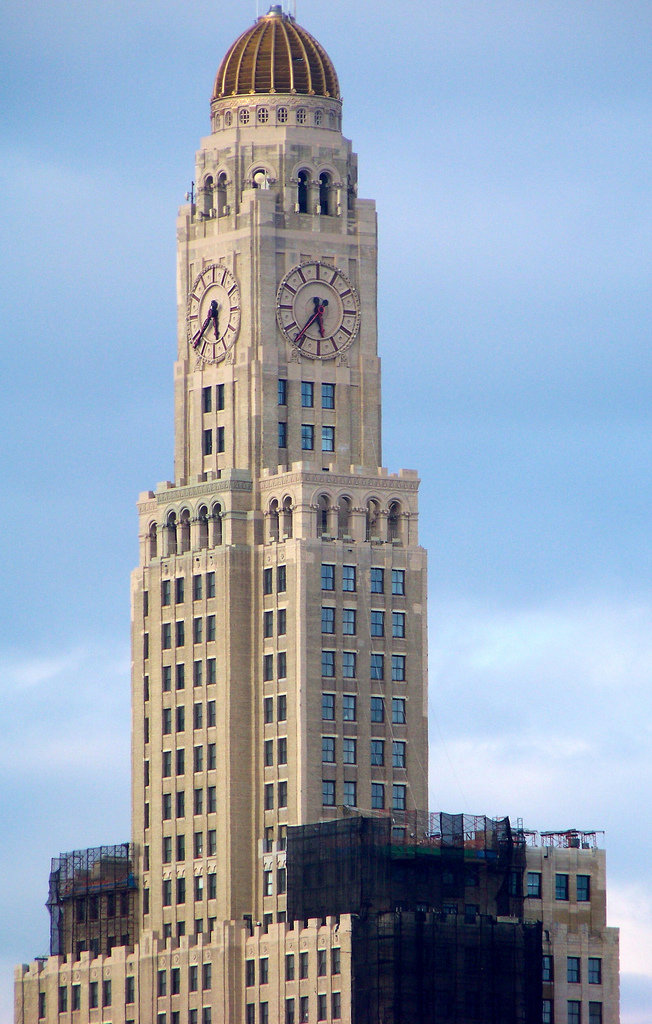 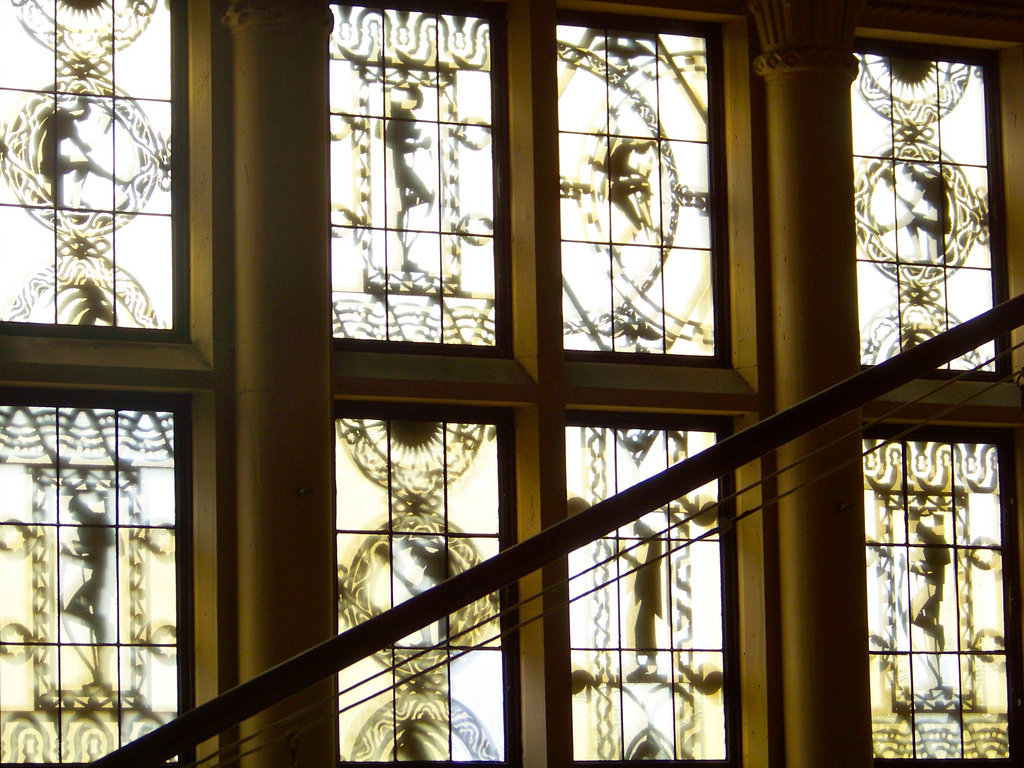 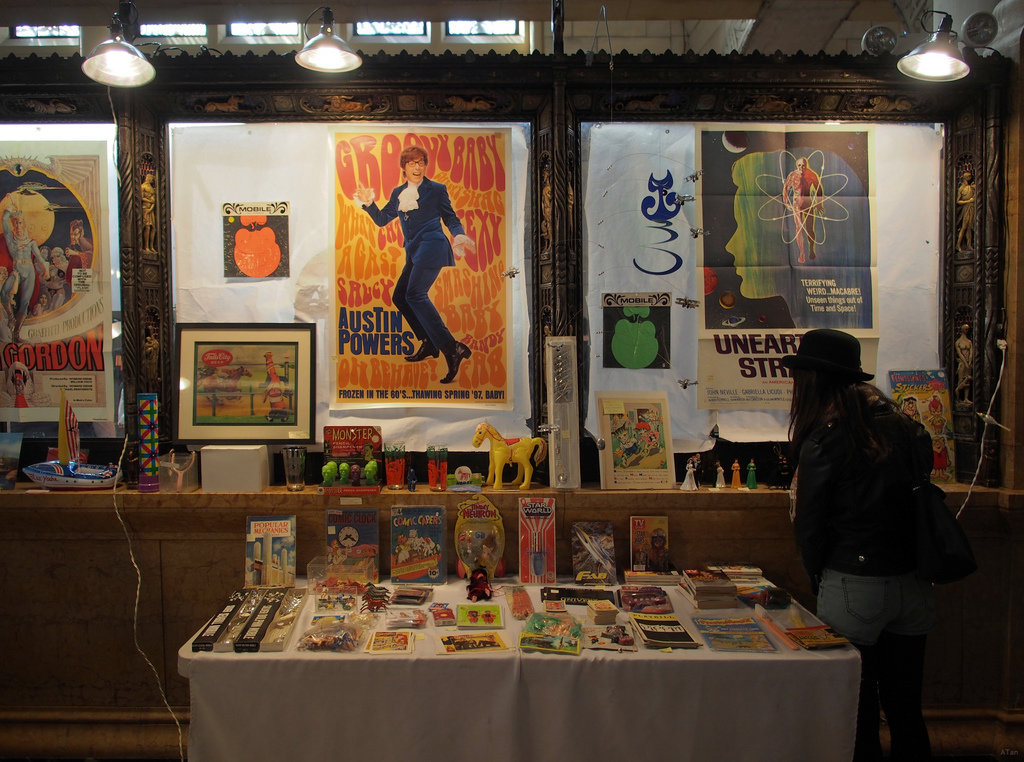 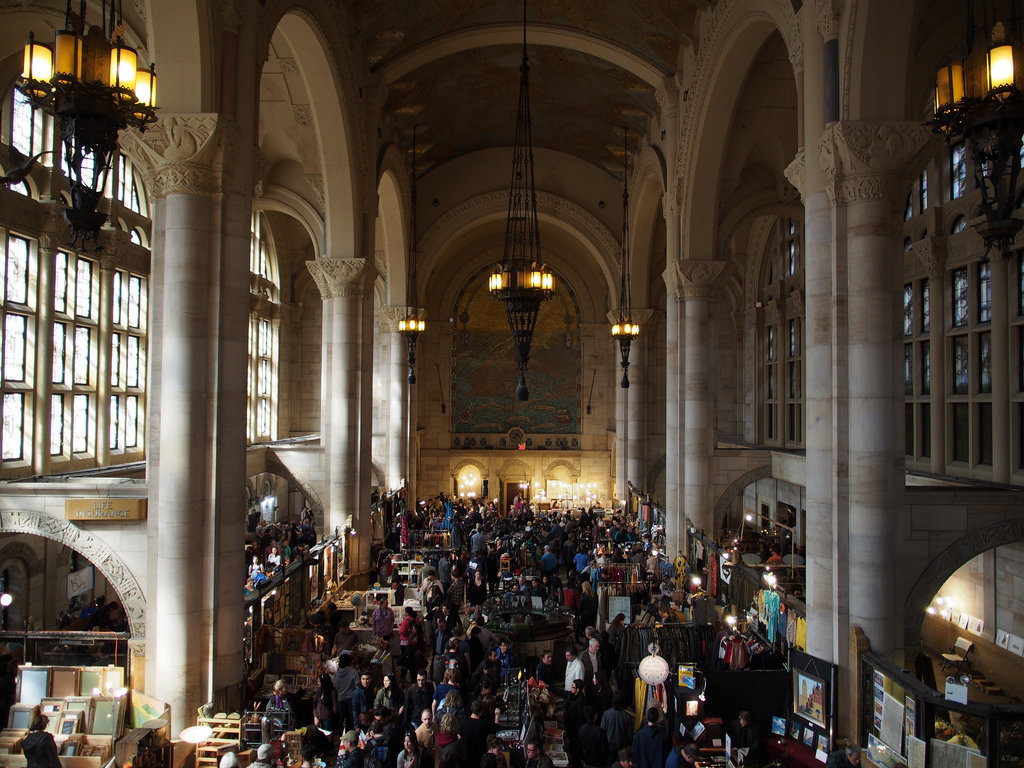 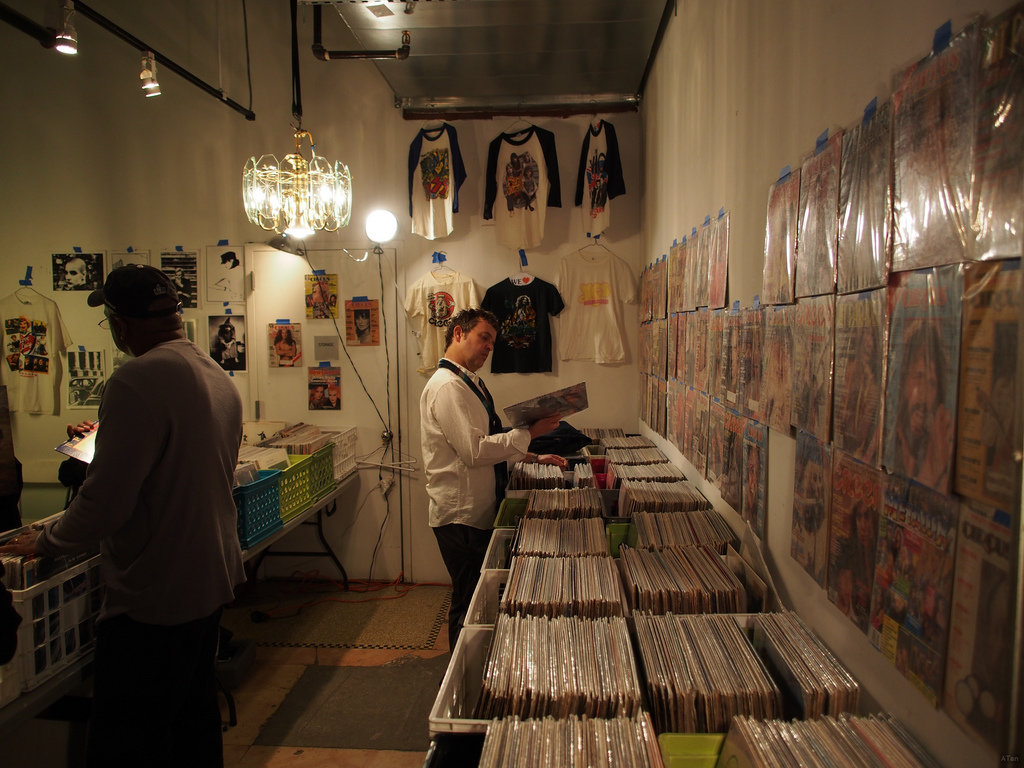 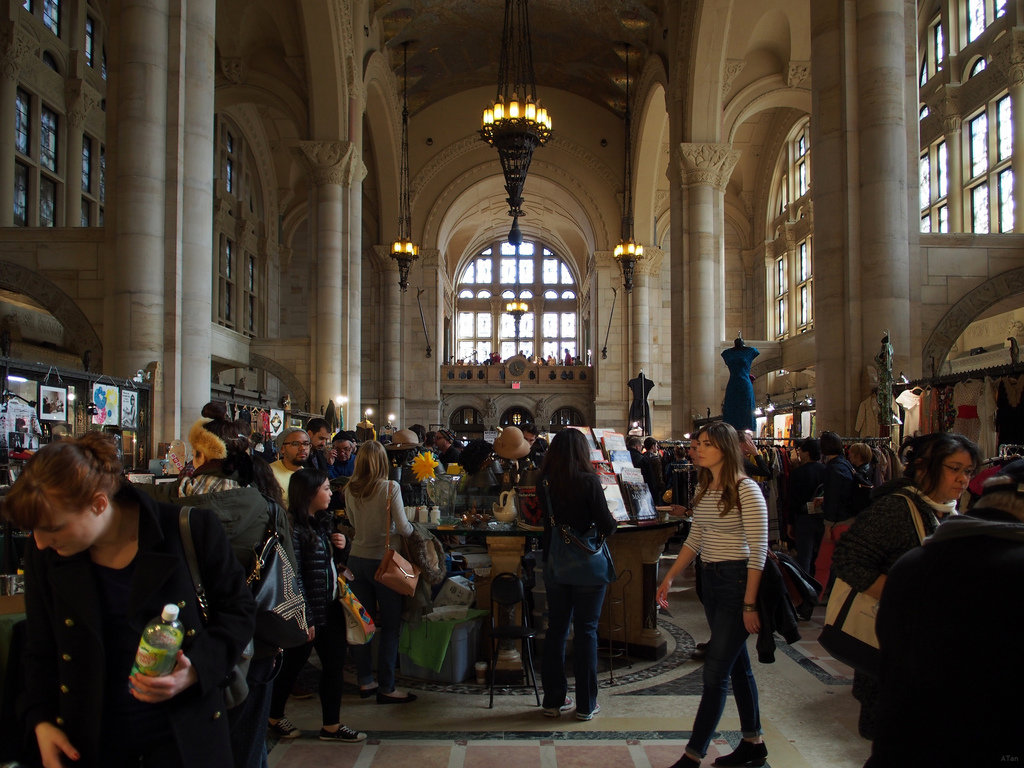 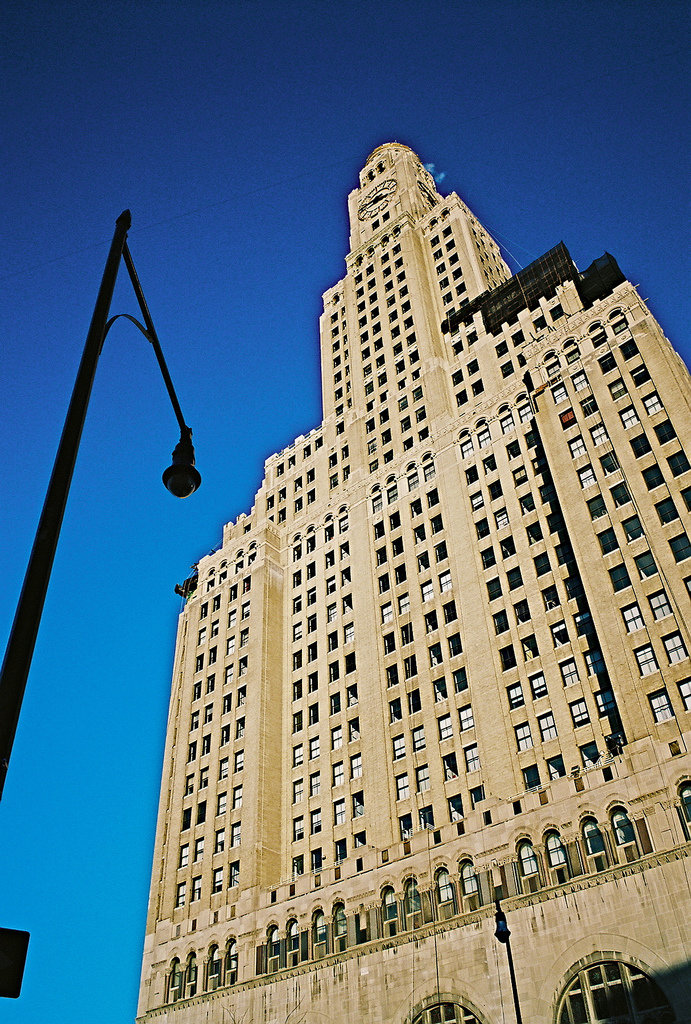 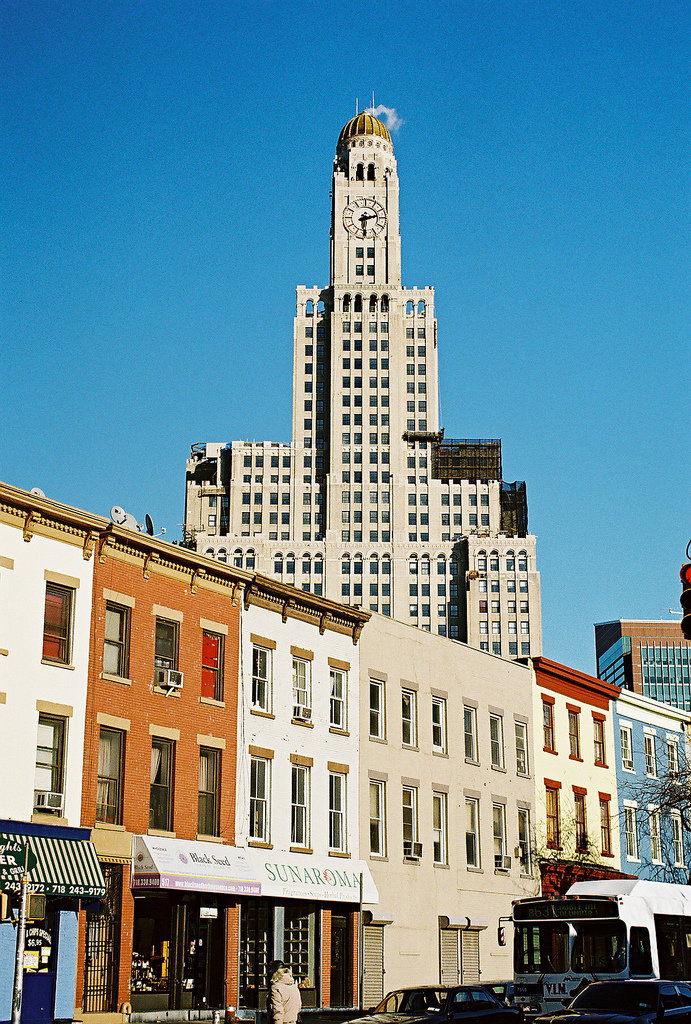 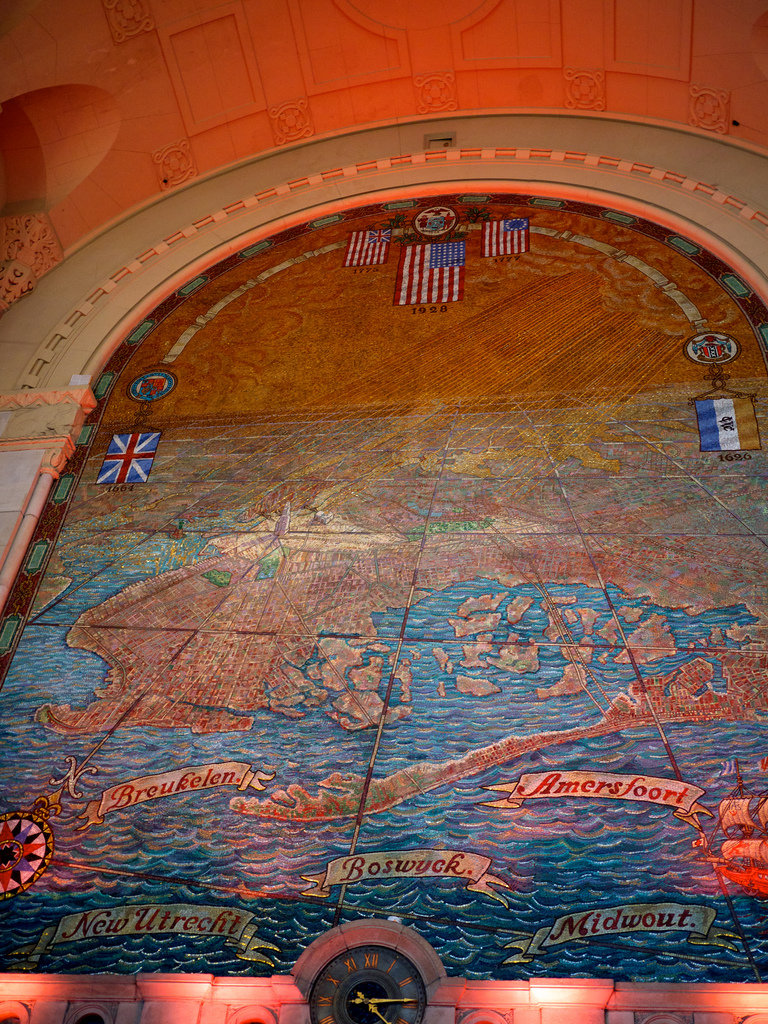 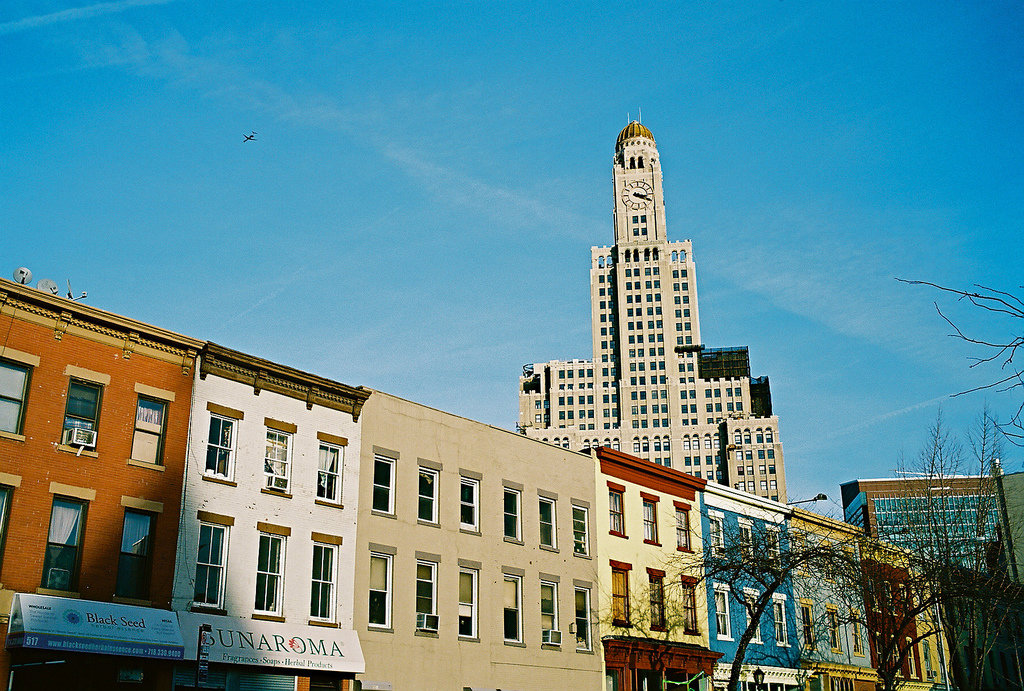 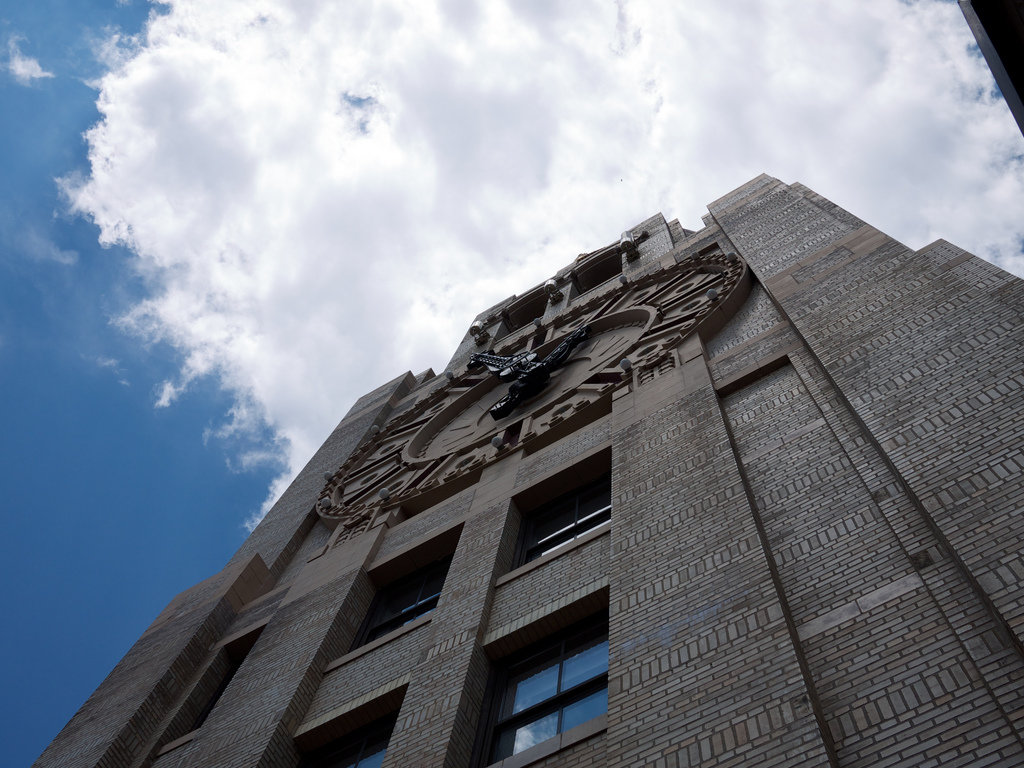 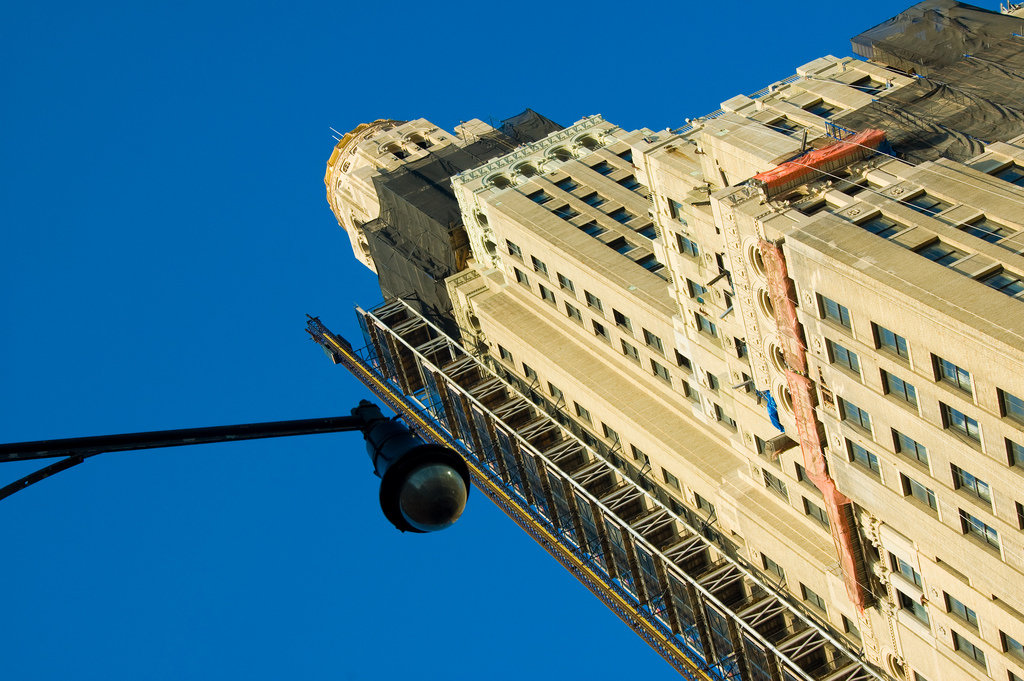