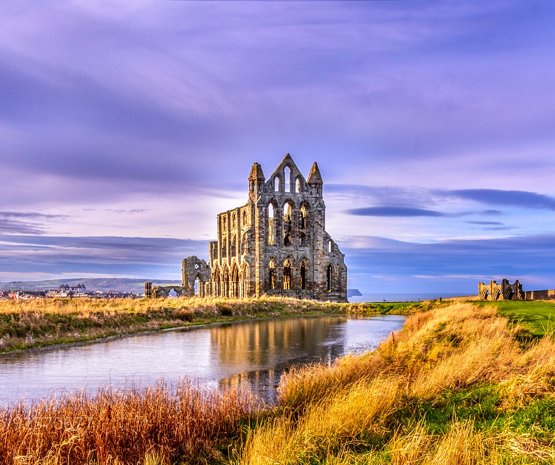 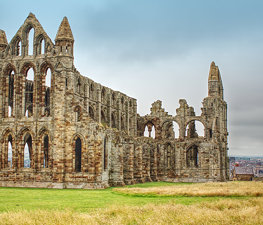 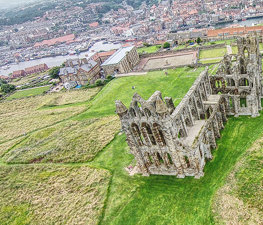 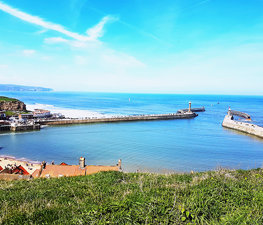 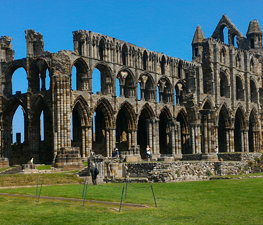 Whitby Abbey is a ruined Benedictine abbey overlooking the North Sea on the East Cliff above Whitby in North Yorkshire, England. It was disestablished during the Dissolution of the Monasteries under the auspices of Henry VIII. It is a Grade I Listed building in the care of English Heritage and its site museum is housed in Cholmley House.

The first monastery was founded in 657 AD by the Anglo-Saxon era King of Northumbria, Oswy (Oswiu) as Streoneshalh (the older name for Whitby). He appointed Lady Hilda, abbess of Hartlepool Abbey and grand-niece of Edwin the first Christian king of Northumbria, as founding abbess. The name Streoneshalh is thought to signify Fort Bay or Tower Bay in reference to a supposed Roman settlement that previously existed on the site. This contention has never been proven though and alternative theories have been proposed, such as the name meaning Streona's settlement. Some believe that the name referred to Eadric Streona, but this is highly unlikely for chronological reasons: Streona died in 1017 so the naming of Streoneshalh would have preceded his birth by several hundred years.

The double monastery of Celtic monks and nuns was home (614–680), to the great Northumbrian poet Cædmon.

In 664 the Synod of Whitby - at which King Oswiu ruled that the Northumbrian church would adopt the Roman calculation of Easter and monastic tonsure - took place at the abbey.

Streoneshalch was laid waste by Danes in successive raids between 867 and 870 under Ingwar and Ubba and remained desolate for more than 200 years. The existence of 'Prestebi', meaning the habitation of priests in Old Norse, at the Domesday Survey may point to the revival of religious life since Danish times. The old monastery given to Reinfrid comprised about 40 ruined monasteria vel oratoria similar to Irish monastic ruins with numerous chapels and cells.

Reinfrid, a soldier of William the Conqueror, became a monk and travelled to Streoneshalh, which was then known as Prestebi or Hwitebi (the "white settlement" in Old Norse). He approached William de Percy who gave him the ruined monastery of St. Peter with two carucates of land, to found a new monastery. Serlo de Percy, the founder's brother, joined Reinfrid at the new monastery which followed the Benedictine rule.

The second monastery lasted until it was destroyed by Henry VIII in 1540 during the Dissolution of the Monasteries. Though the abbey fell into ruin, it remained a prominent landmark for sailors and helped inspire Bram Stoker's Dracula. The ruins are now owned and maintained by English Heritage.

In December 1914, Whitby Abbey was shelled by German battlecruisers Von der Tann and Derfflinger' who were aiming for the Coastguard Station on the end of the headland. Scarborough and Hartlepool were also attacked. The Abbey sustained considerable damage during the ten-minute attack. The BBC included before and after photographs as part of the First World War centenary.

Whitby Abbey was rendered famous in fiction by Bram Stoker's 1897 novel Dracula, as Dracula there came ashore as a creature resembling a large dog and proceeded to climb the 199 steps which lead up to the ruins.

The original gift of William de Percy not only included the monastery of St. Peter at Streoneshalch, but the town and port of Whitby with its parish church of St. Mary and six dependent chapels at Fyling, Hawsker, Sneaton, Ugglebarnby, Dunsley, and Aislaby, five mills including Ruswarp, the town of Hackness with two mills and the parish church of St. Mary, and the church of St. Peter at Hackness 'where our monks served God, died, and were buried,' and various other gifts enumerated in the ' Memorial' in the abbot's book.

The first prior, Reinfrid, ruled for many years before being killed in an accident. He was buried at St Peter at Hackness. He was succeeded as prior by Serlo de Percy.

Can’t resist sharing one more shot of Whitby Abbey. Actually, there might be more to come… #latergra — fluttography @ Flickr

John Paul
If you're lucky enough to visit in the Summer you must see the live Dracula performance Superb! The three performers were remarkable Suitable for kids too

Pez Cuckow
If you walk up the road to the left of the Abbey, you can get great views without paying to go in.

Nathan Williams
This is a great ruin to go see. The photo opportunity of the following are great. This is amazing to go see with some great views around. The staff are friendly and helpful.

Alya Afifah
Nice view with other hill at the opposite and river in between. The yha hostel is behind the information centre.

Welcome to Yorkshire
If you've climbed just the steps to get here, you've just climbed 199 steps! Bram Stoker (Whiby Abbey was the inspiration behind Dracula) would be proud!
Load more comments
foursquare.com
8.7/10
209,276 people have been here
I've been here
Add to wishlist

See all hotels See all
The Pathway Guesthouse

The Pigsty is a folly located next to Fyling Hall school, near Robin

Peasholm Park is an oriental themed municipal park located in the

Saltburn-by-the-Sea is a seaside resort in North Yorkshire, England.

Pickering Castle is a motte-and-bailey fortification in Pickering,

The Riverside Stadium is a football stadium in Middlesbrough, North

St Botolph's Priory, located in Colchester, England, was the first

Bermondsey Abbey was an English Benedictine monastery. Most widely 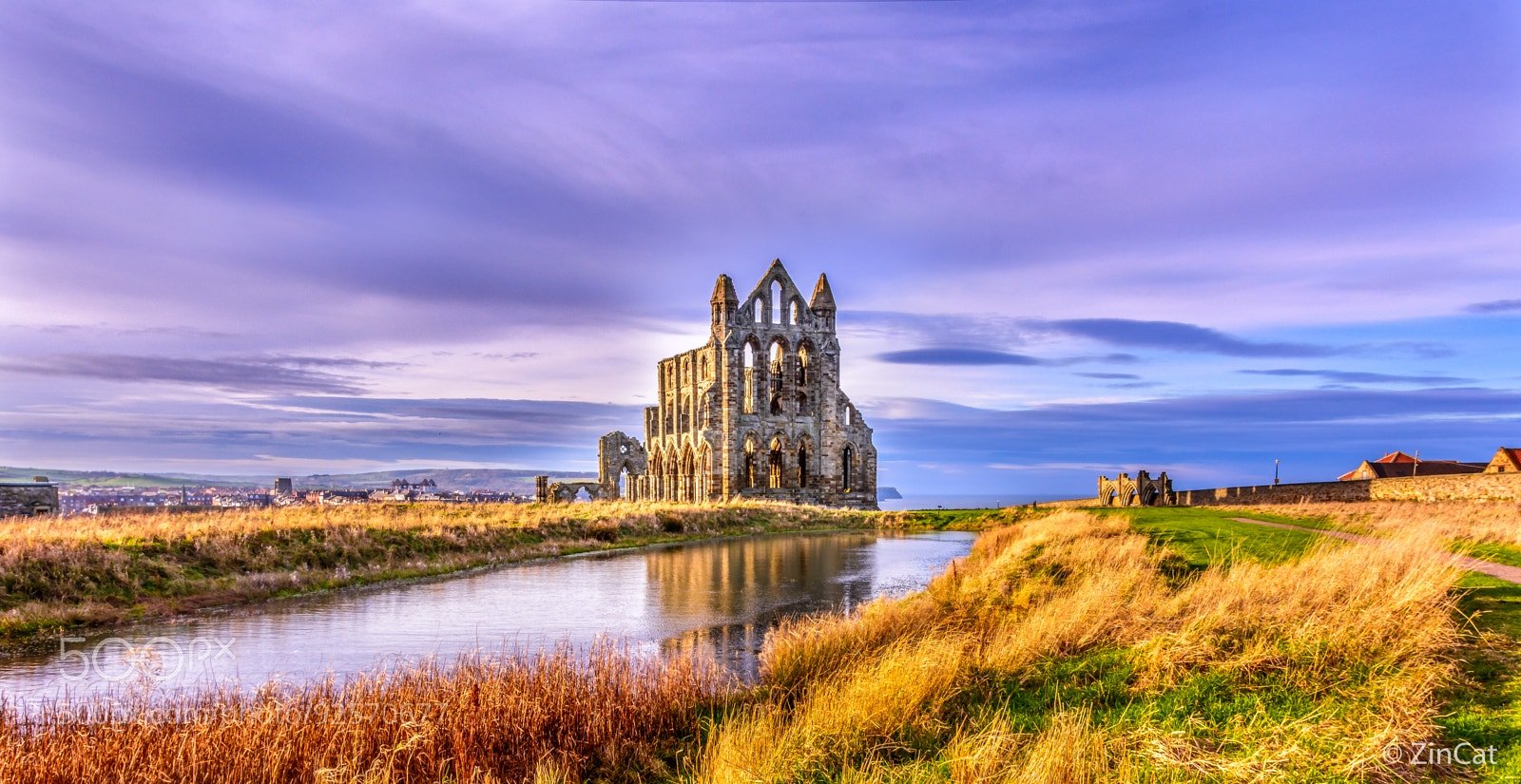 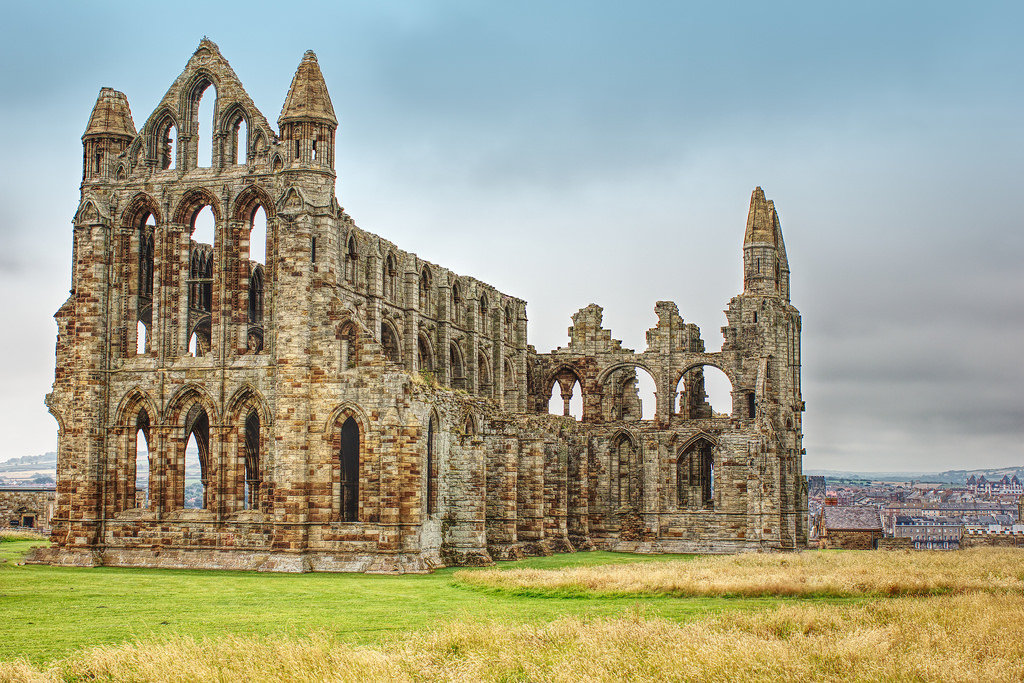 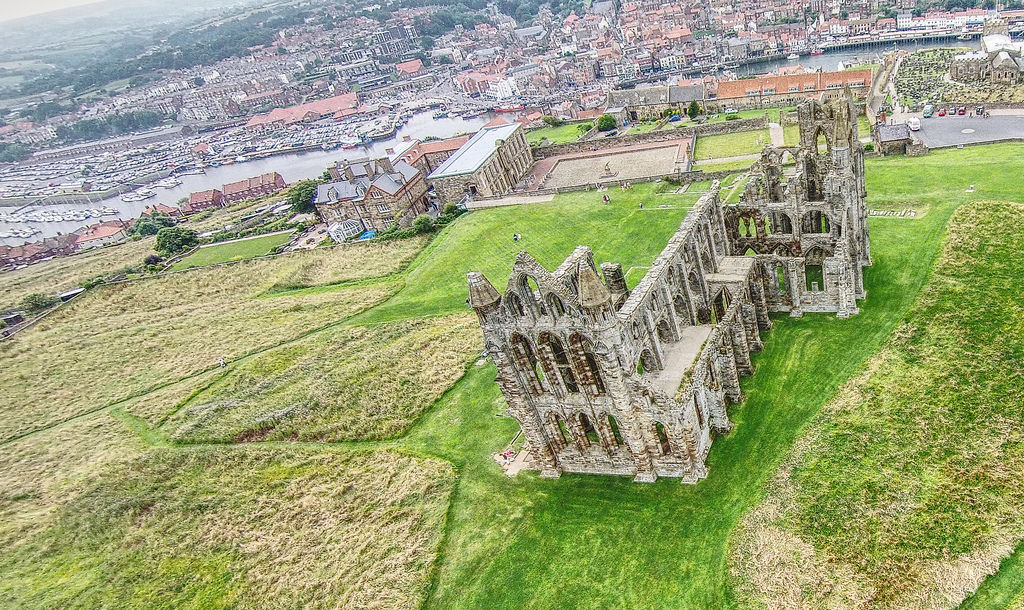 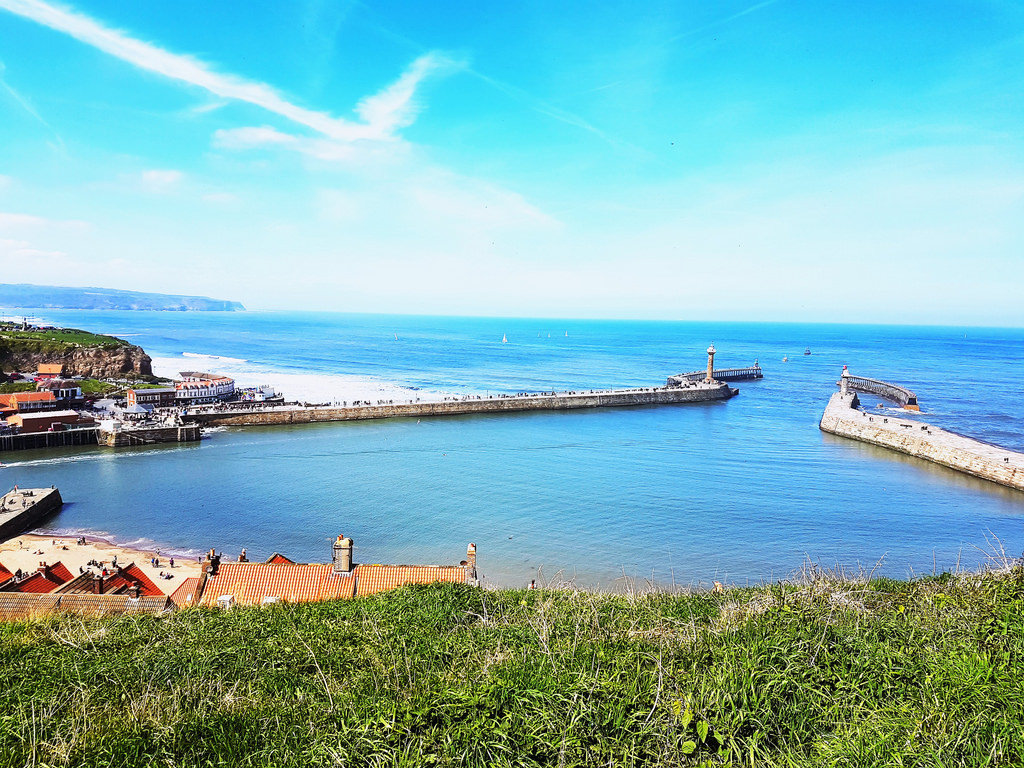 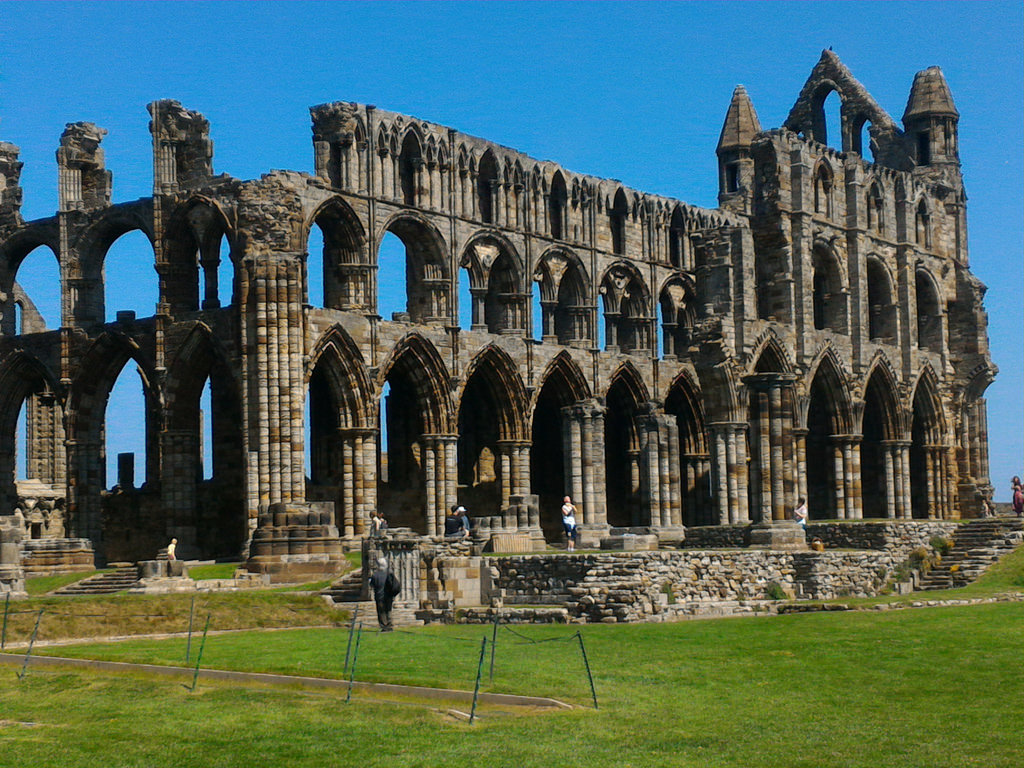 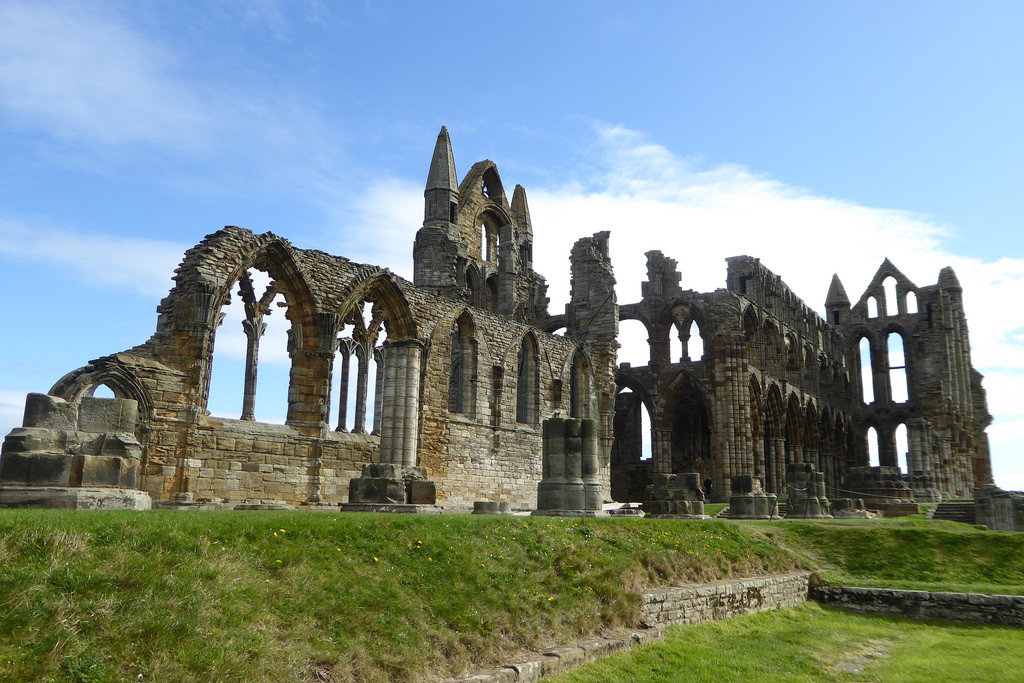 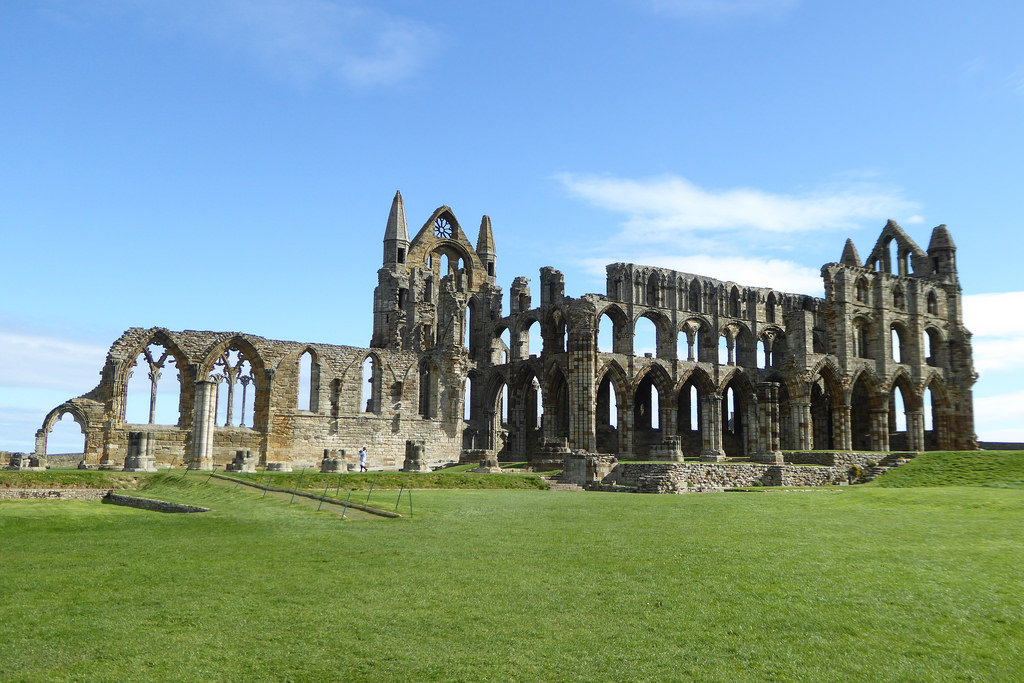 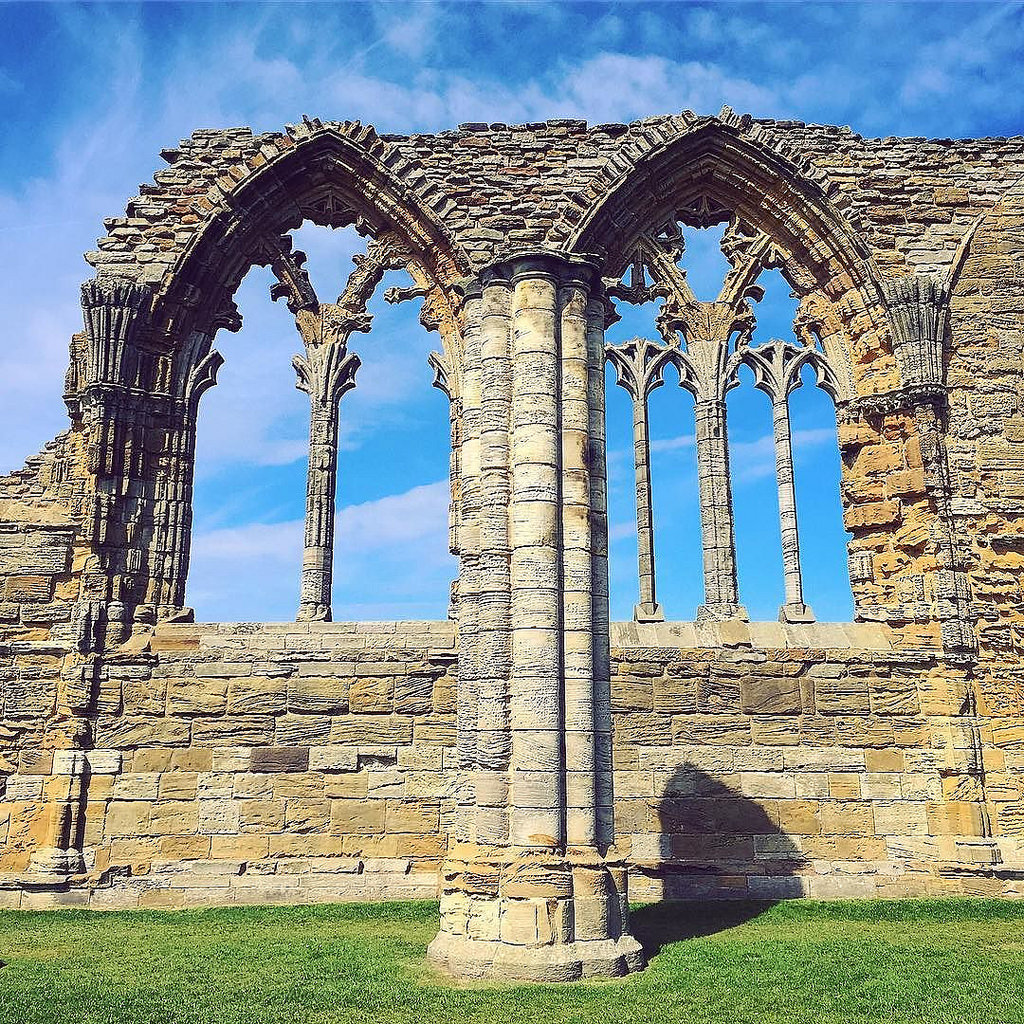 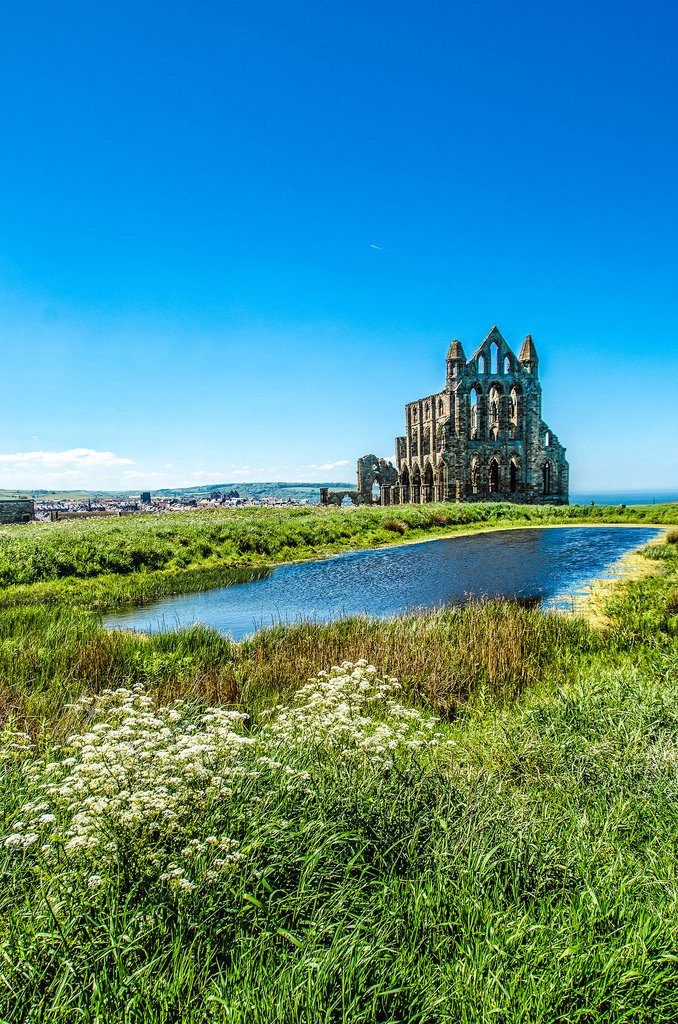 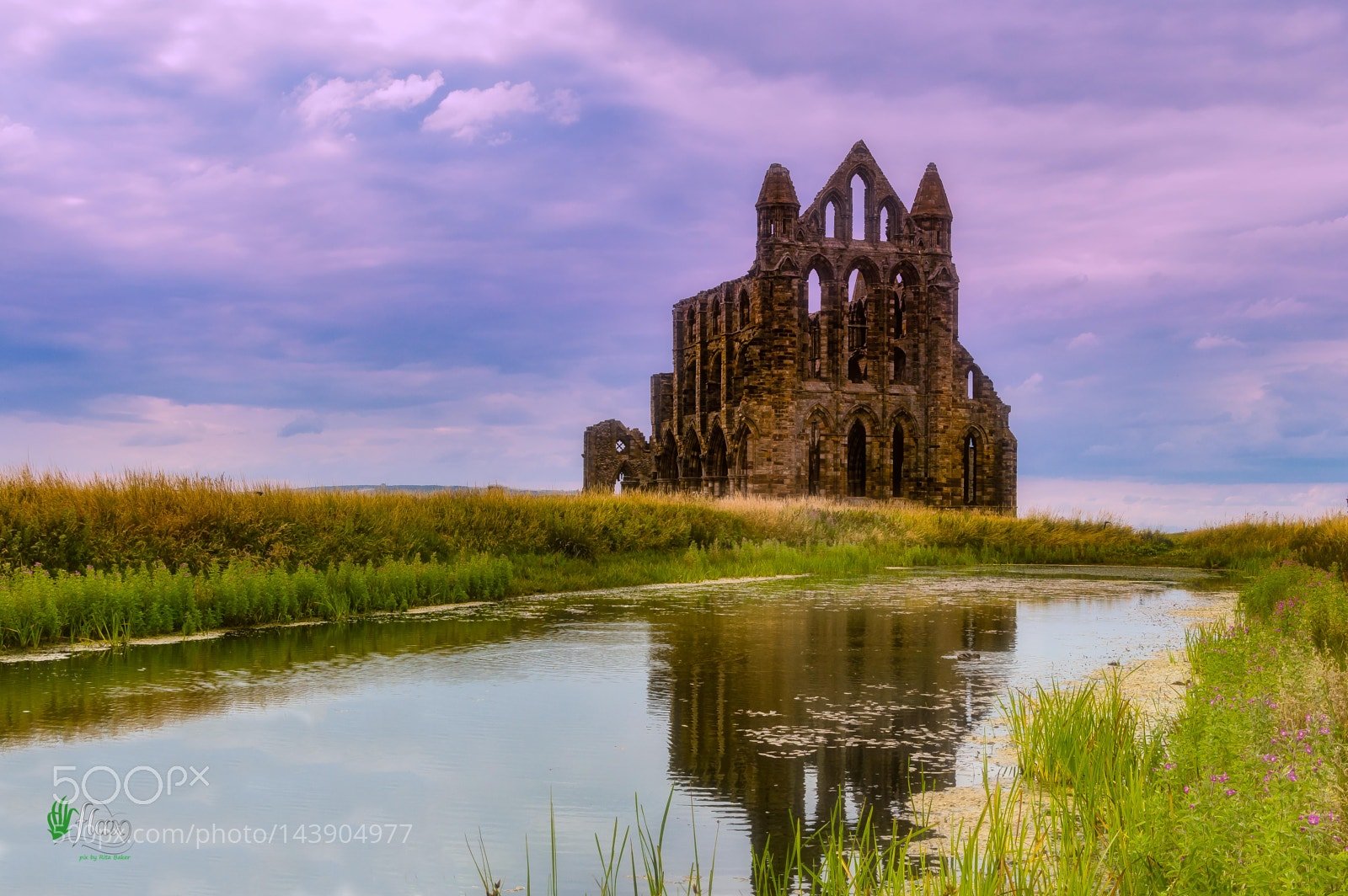 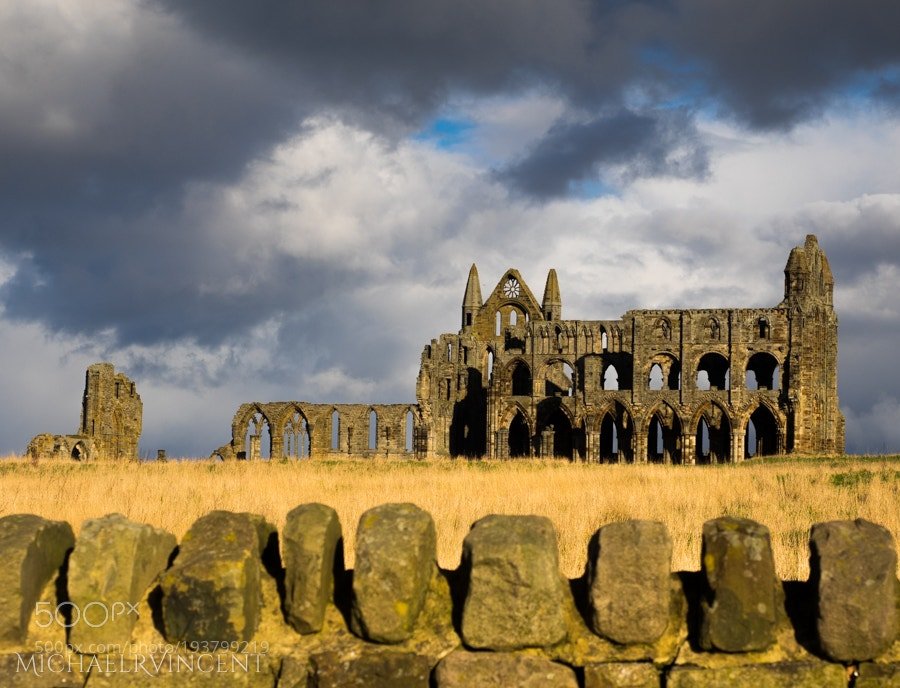 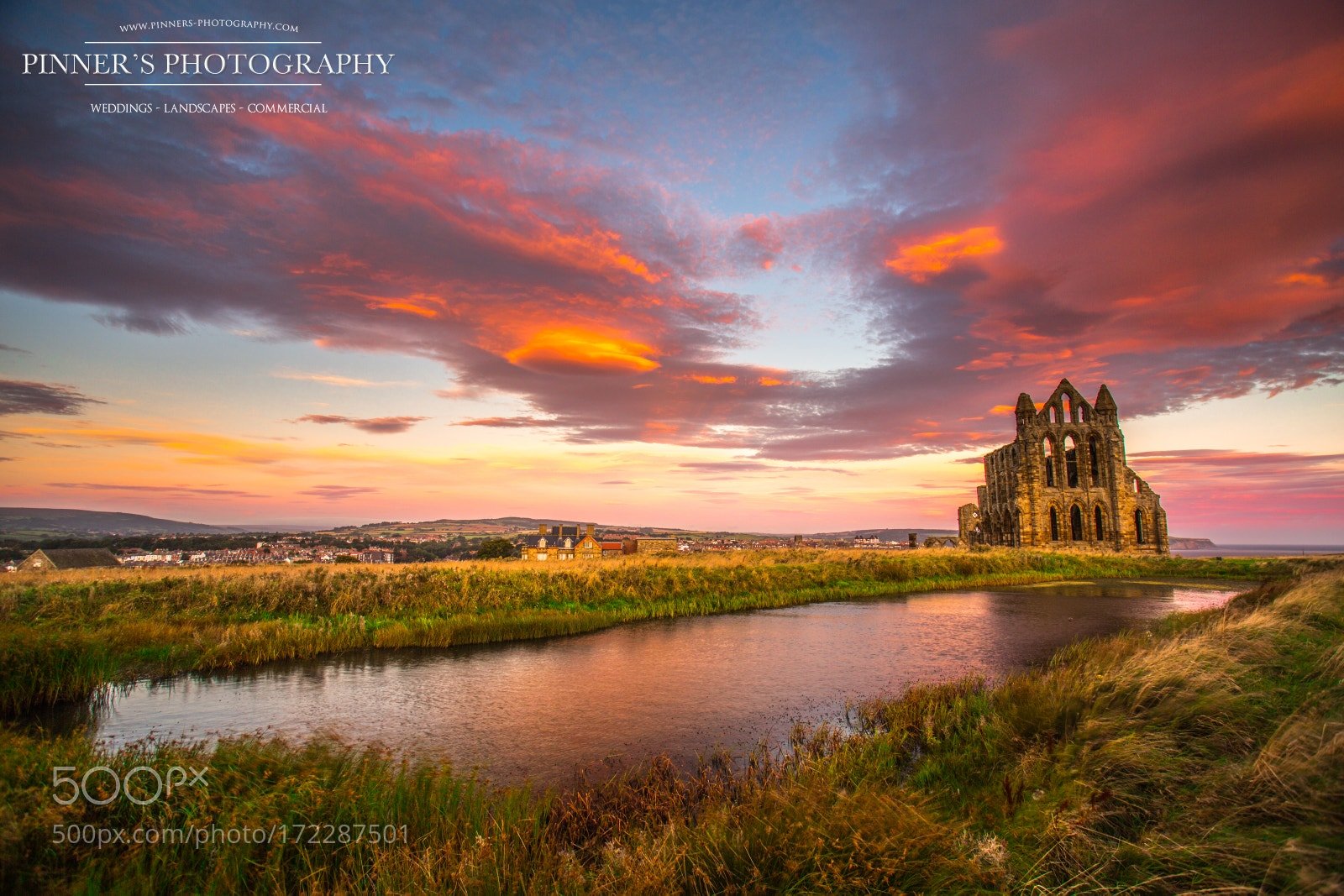 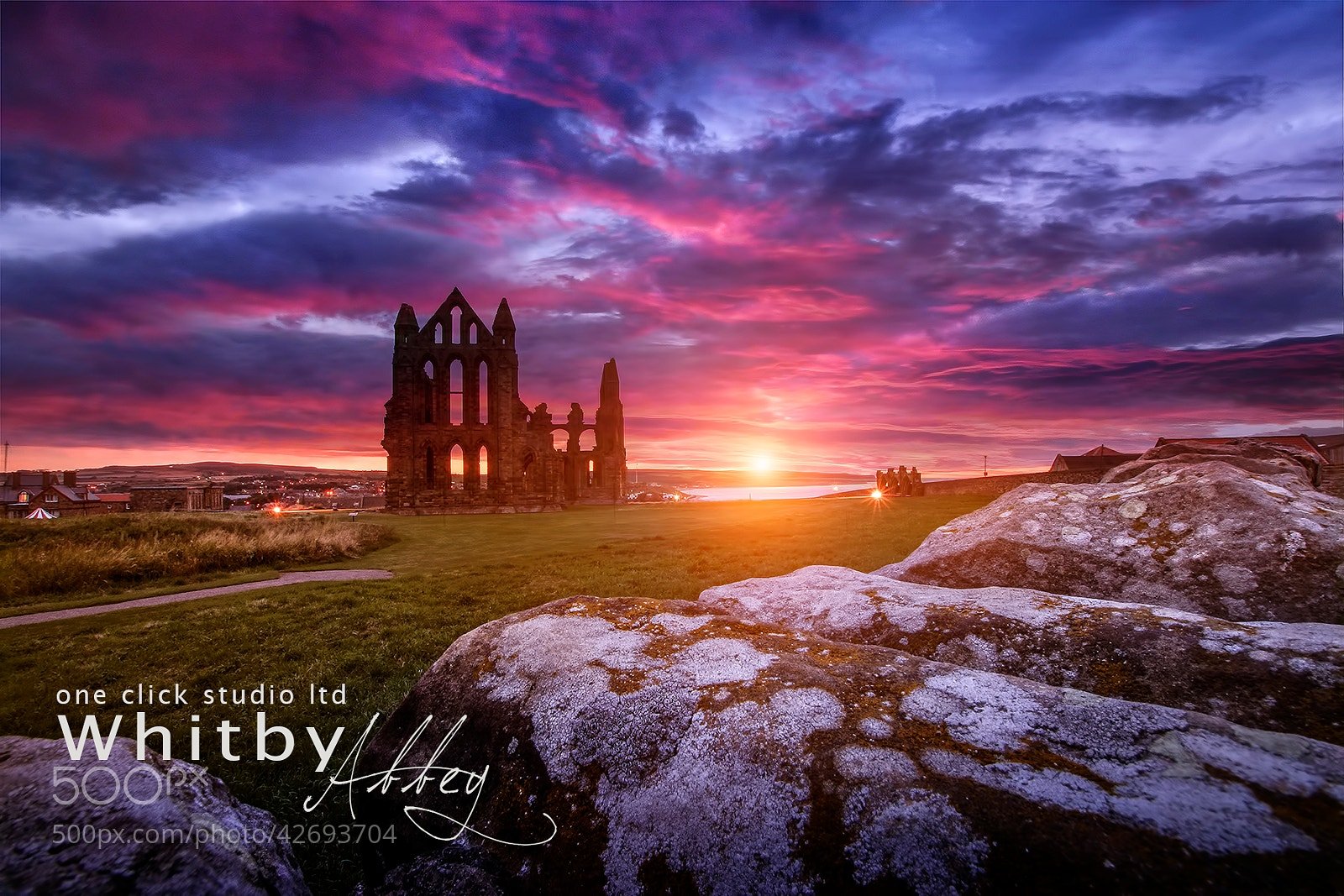 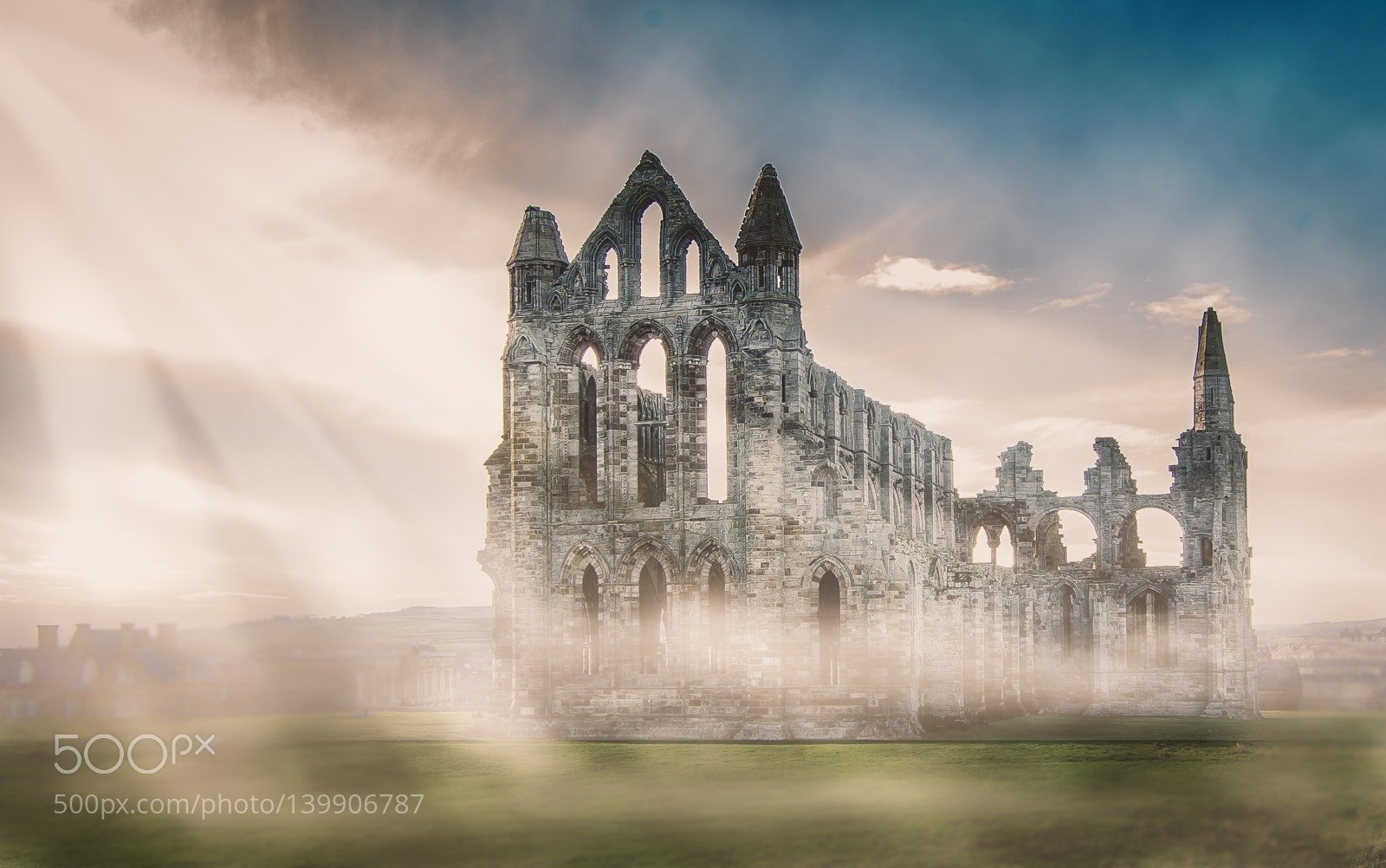 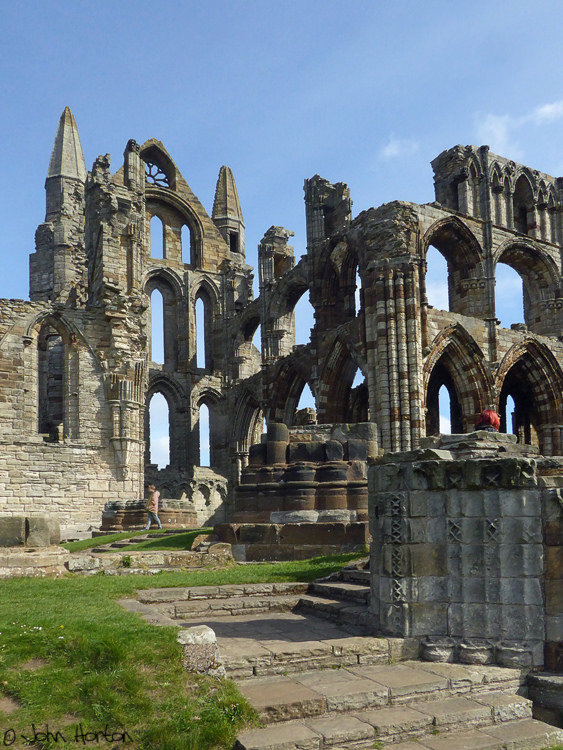 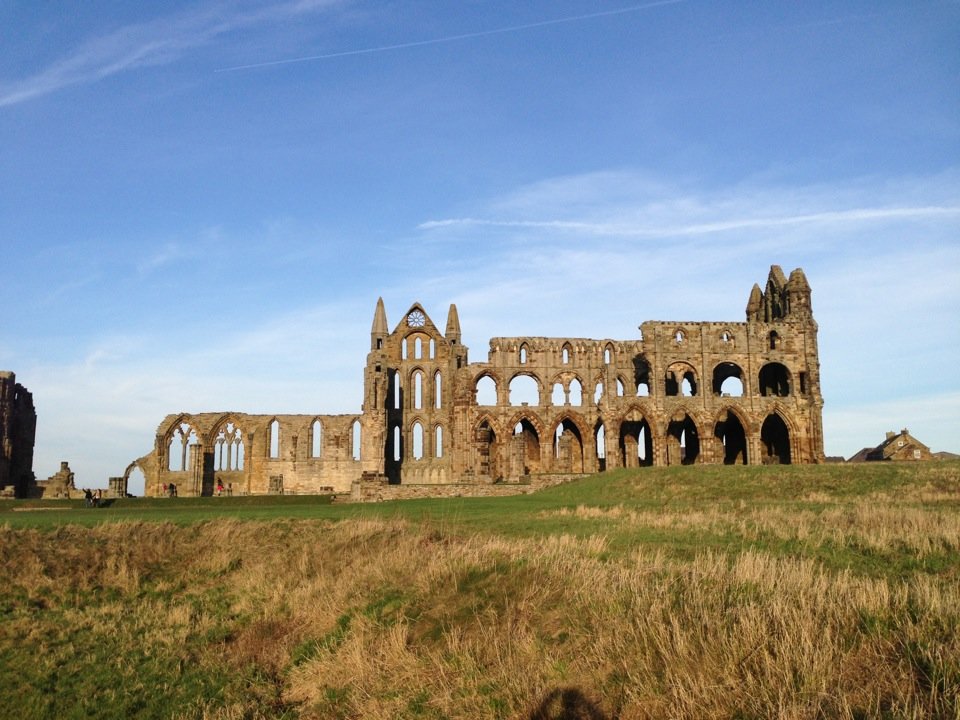 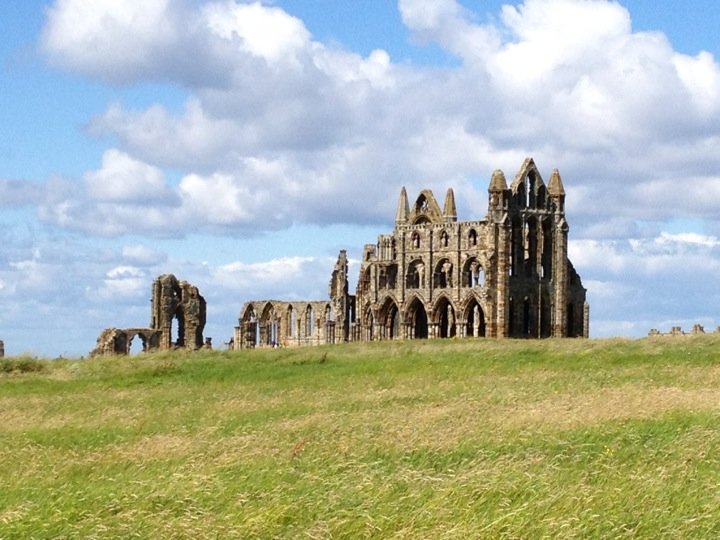