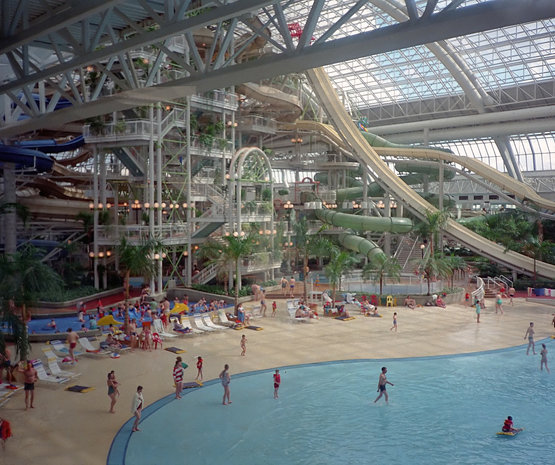 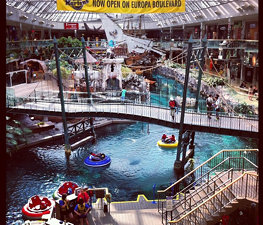 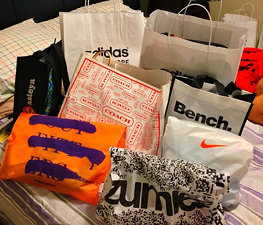 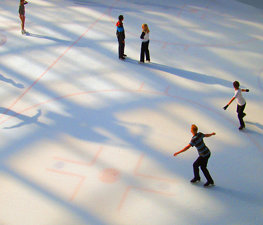 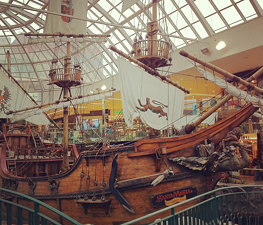 West Edmonton Mall (WEM), located in Edmonton, Alberta, Canada, is the largest shopping mall in North America and the fifth largest in the world, founded by the Ghermezian brothers who emigrated from Iran in 1959. It was the world's largest mall for a 23 year period from 1981 until 2004.

West Edmonton Mall first opened its doors to the public on September 15, 1981. The mall has been expanded three times since its opening in 1981, with these additions completed in 1983 (Phase II), 1985 (Phase III) and 1999 (Phase IV). It was the largest indoor shopping centre in the world until 2004 (History of Shopping Malls) and was put in the Guinness World Records. Up until recently, the four phases of construction were used as a guideline for finding stores and attractions. Currently, a colour-coding system is used.

The mall's amusement park was originally called Fantasyland, until The Walt Disney Company took the mall to court, claiming ownership of the name, which is a themed area found at its Disneyland-style theme parks around the world. WEM lost and subsequently renamed the attraction Galaxyland. Since the name change, they introduced the mall's mascot Cosmo who is the basis for several rides in Galaxyland. The amusement park is located in what used to be referred to as Phase One, although it stretches into the former Phase II. However, the mall was allowed to retain the name Fantasyland Hotel for its on-site hotel. The hotel is a separate building but it is attached to the former Phase III of the mall.

The Mindbender indoor roller coaster had a fatal accident on June 14, 1986 when several of the cars came loose and came off the track. Three people died in the accident.

In the early 1990s, the Woodward's department store chain, one of WEM's anchors, went bankrupt, and its locations were purchased by the Hudson's Bay Company. As a result, WEM boasted two full Bay department stores until the late 1990s when one of the locations was closed, leading to a renovation (then known as Phase IV) that added a Famous Players multiplex, a two-floor HMV location (complete with an HMV stage, which has played hosts to autograph signings for bands, Hollywood celebrities and World Wrestling Entertainment superstars), a $12.6 million Playdium entertainment complex/arcade (now closed), an indoor shooting range, a Chapters book store with a Starbucks, as well as several other smaller stores. In 2005, the upstairs space previously occupied by Playdium was rented by three NewCap Radio radio stations: 790 CFCW, K-97 97.3 (Formerly, 97.3 K-Rock), and 96.3 Capital FM (formerly 96.3 Big Earl). The downstairs area is now partially used as a paintball playing area. In 2007, the Famous Players multiplex, formerly known as Silver City, was renamed Scotiabank Theatre.

The closure in the mid 1990s of Canadian Tire left a vacancy that sat unfilled until it was converted into a "Chinatown"-themed area in 2002, which includes an Asian supermarket, T & T Supermarket, that takes up the Canadian Tire area.

For several years in West Edmonton Mall's history, IKEA opened where Ed's Recreation Centre now stands, before moving out of the Mall in the early 1990s.

West Edmonton Mall has a pirate ship inside it? What the fuuuuuuu-- — ecking @ Flickr

Among the exclusive to Edmonton stores are DeSerres, Apple Inc., Hollister Co., and Abercrombie & Fitch, along with approximately 10 others.

The mall suffered millions of dollars in damage on July 11, 2004 when a severe storm of hail and rain caused roofs to fail and drains to overflow. The Ice Palace and surrounding sections were the most damaged, and the World Waterpark saw a sewage overflow. The damage was promptly repaired. The Ice Palace has suffered occasional flood damage since as well.

In the summer of 2009, the mall's dinner theatre was relocated and Edmonton's first branch of Bed, Bath and Beyond opened in the dinner theatre's old location above the west-end food court.

Galaxyland was originally known as Fantasyland, however, during a court battle with Disney, West Edmonton Mall changed the park's name to Galaxyland in July 1995 after completing some minor renovations. It is an indoor amusement park located on the north side of the mall. It is the largest indoor amusement park in the world and features 24 rides and attractions. There are 8 beginner rides, 9 intermediate rides, 7 thrill rides, including the triple loop Mindbender roller coaster, and 5 other "pay at site" rides/games. The Mindbender is the world's largest indoor triple loop roller coaster. The newest attraction in Galaxyland, opened on July 17, 2007, called the Galaxy Orbiter, begins at the Mindbender and intertwines with the entire park. Arguably the second most popular attraction in Galaxyland (after the Mindbender), the Drop of Doom was shut down in the early 2000s. The tower area was replaced shortly after by a more modern launch ride, the Space Shot, a S&S Double Shot Tower Ride. Only recently was the loading area replaced by an interactive laser ride based on the theme of the park's mascot, Cosmo. Other popular attractions include the TurboRide 3D Theatre which sits directly underneath the Mindbender, the privately owned Haunted Castle and 3D Fun House (also beneath the Mindbender), the Autosled roller coaster which is a tamer alternative to the Mindbender, the Swing of the Century, and also Galaxy Kids, a large play area for young children.

The World Waterpark is the world's largest indoor waterpark, built in 1985, with a size of over 20,000 square metres (4.9 acres). The park has the world's largest indoor wave pool and is known for its high-speed water slide called the Sky Screamer, which is often mistaken as the park's tallest slide at 24 metres (79 ft). The highest slide in the park is the Twister, which is 25.3 metres (83 ft) high.

The wavepool has six wave bays, each with two panels with a total of 1,500 horsepower (1.1 MW) generating waves up to two metres high.

The major slides are all on the east side of the park, with a children's play area and change room access behind them. On the west side is a tube ride which has been changed many times over, a three-person inflatable raft slide and the separately owned Bungee Tower where one can bungee jump directly over the wave pool.

Recent[] renovations brought new signage, a complete resurfacing of the wave pool, and changeroom upgrades. There have also been large renovations to the children's play park at the far east side in 2008. The new version of this play park is called Caribbean Cove and contains a 1200 litre bucket that drops water on the whole play park on regular 2 minute intervals. A small dolphin themed child's park was open during the renovations and is still open to this date.

West Edmonton Mall has an indoor lake which contains a salt-water habitat with four sea lions and a replica of the Santa María, built during the 1986 World Exposition in Vancouver. The Santa María has been used for an annual Christmas fundraiser, raising toys for underprivileged children. Also, the submarines, a long time favorite, had been replaced with the Deep-Sea Derby, a bumper boat ride with squirt guns Deep Sea Adventure is also home to the mall's aquatic life, most of which are housed beneath the main floor in the "Sea Life Caverns". Today, what was once the Dolphin's Lagoon is now the Sea Lions' Rock, with two sea lions (Banny and Jazz) providing the entertainment for the current presentation labeled "Swim, Slide, and Splash!".

Ice Palace is a scaled down version of a National Hockey League (NHL) regulation sized ice rink located in the center of the mall. The Edmonton Oilers occasionally practiced at the Ice Palace. This drew huge crowds during the Wayne Gretzky years in the 1980s. The Oilers' contract for using the rink, however, has since expired. The rink is used for various hockey and other sporting tournaments, including a facility for the Annual Edmonton Corporate Challenge.

Originally, the mall was home to four movie theatre complexes. However, as of 2008, only the Scotiabank Theatre, formerly Silver City Famous Players, (with an animated fire breathing dragon and IMAX screen) is in the mall. Up until recently, a Discount Cinema, owned by Cineplex Odeon was located outside the Phase I entrance to Galaxyland, but it was shut down in 2005 and has since seen the majority of the space it occupied bought out by skateboarding/snowboarding store West 49 which also built an indoor skatepark in the basement. Prior to the opening of Silver City, in the mid 90's there was a Famous Players theatre located near the Palace Casino, as well as a second Cineplex Odeon below Ed's Recreation Center (formerly Red's), on the main level with the Gourmet Court (Phase III).

In 2002, the City of Edmonton approved plans for the mall to expand with an additional 30,000 m2 (320,000 ft2) of retail space, a facility for sports, trade shows and conventions, a 12-story office building, and a 600-unit apartment building, along with more parking, with construction expected to be completed by 2012. As of summer 2009, however, construction has yet to begin. Currently, a number of large shopping malls, all larger than the West Edmonton Mall, are under construction in China, and the retail centre in Beijing has already displaced the West Edmonton Mall as the world's largest. The SM Mall of Asia, located in Pasay City, Manila, Philippines has also surpassed the mall's gross floor size by 36,000 m2. Despite this, WEM remains North America's largest mall and continued to be a major shopping and tourist attraction despite the economic downturn of 2008-2009.

Susie Quizana
It's a nice place to unwind. You could look for anything that you like, including clothes, foods, recreation and anything under the sun. Fun place for family and friends! I like it here..

Rebecca Busch
So much stuff here! Amusement park , mini golf, stores (lots of them), water parks and lots of food!

MARY G
I find this place my go-to whenever I feel like unwinding and it relaxes me hopping from one store to the other. Most specially sort of bonding time with my family too.

Virgin Radio Edmonton
What's not to love about West Edmonton Mall. Whether you're there for a particular reason, or just wandering around, it's definitely the place to be if you DON'T want to be bored!

See all hotels See all
The Westin Edmonton

The Quesnell Bridge is a girder bridge that spans the North

Fort Edmonton Park is an attraction in Edmonton, Alberta, Canada.

The Valley Zoo is a zoo located in the heart of Edmonton, Alberta's 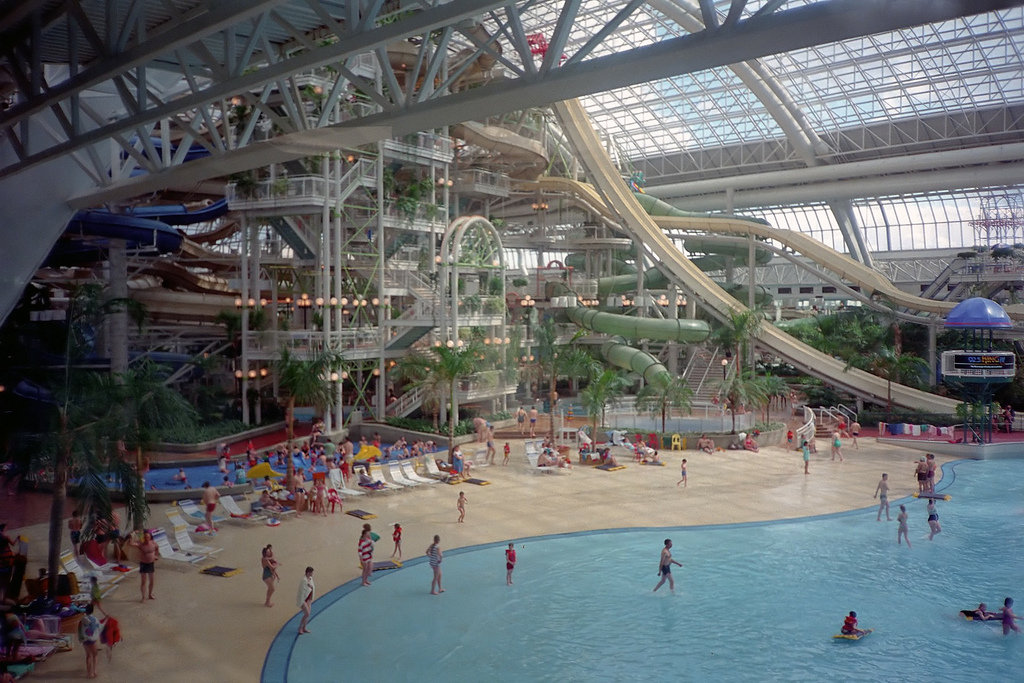 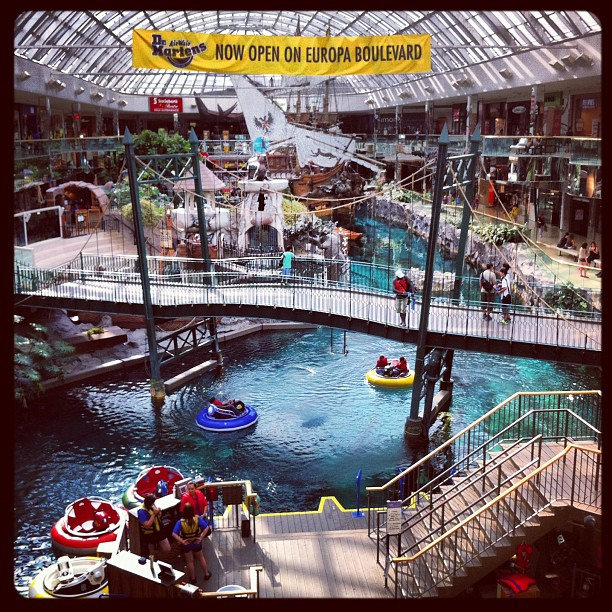 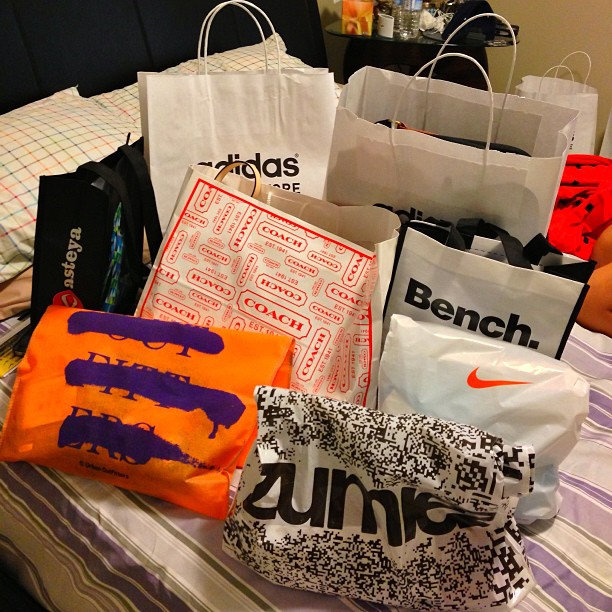 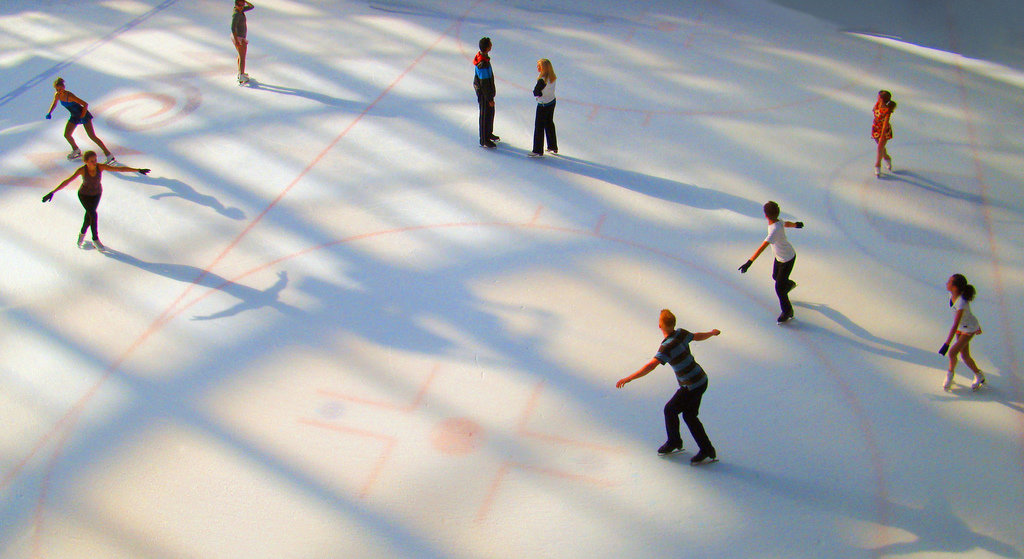 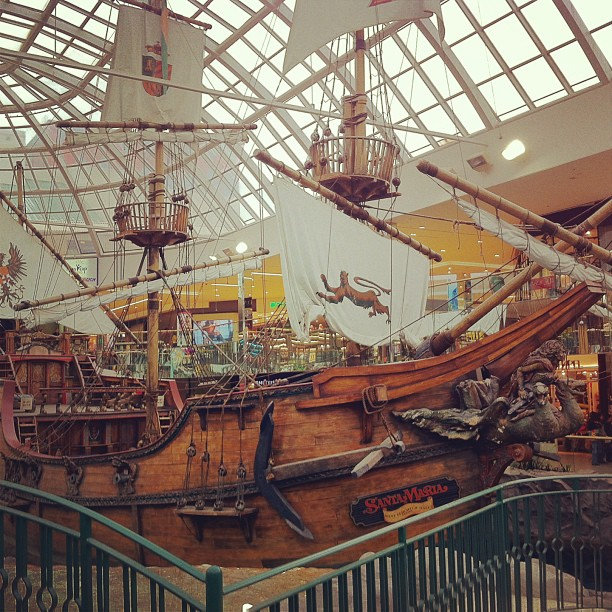 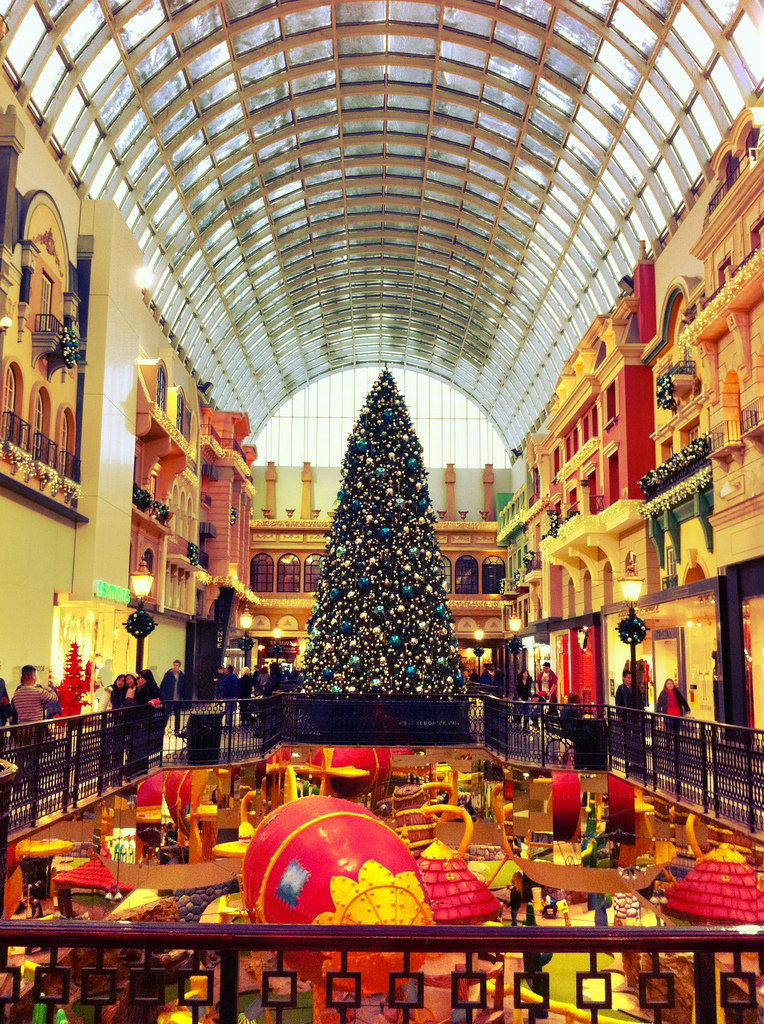 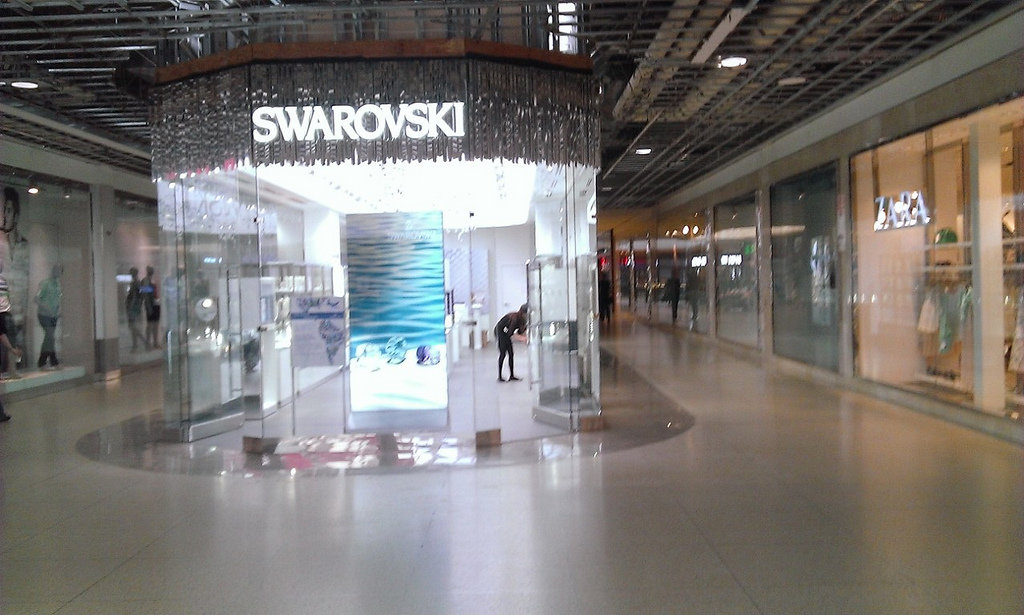 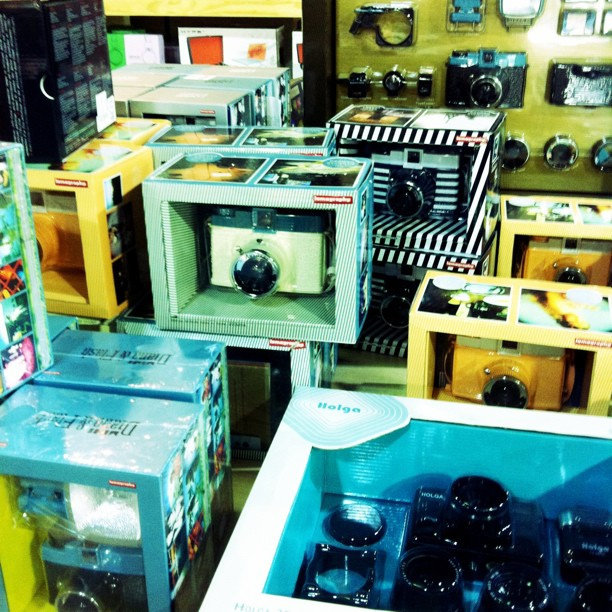 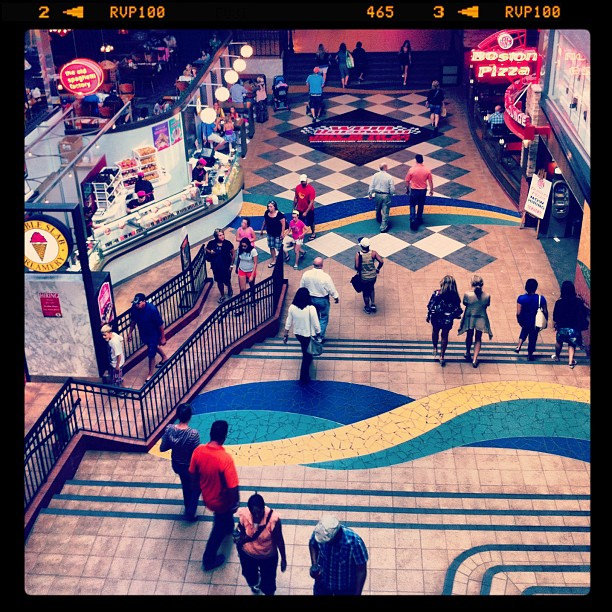 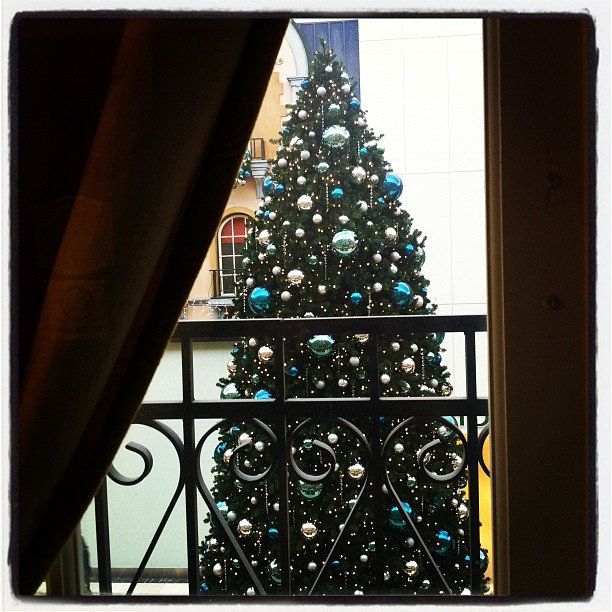 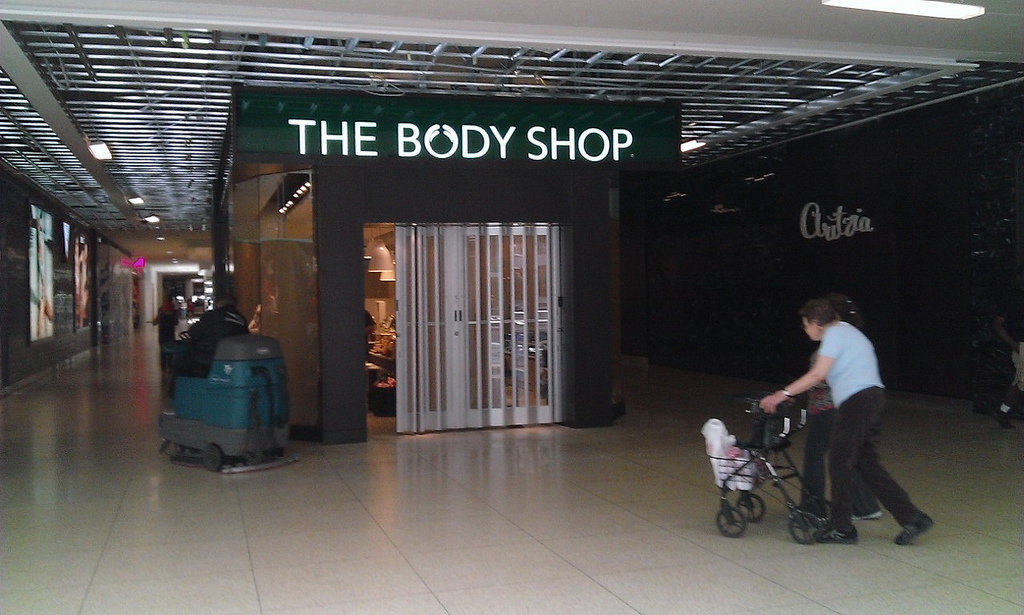