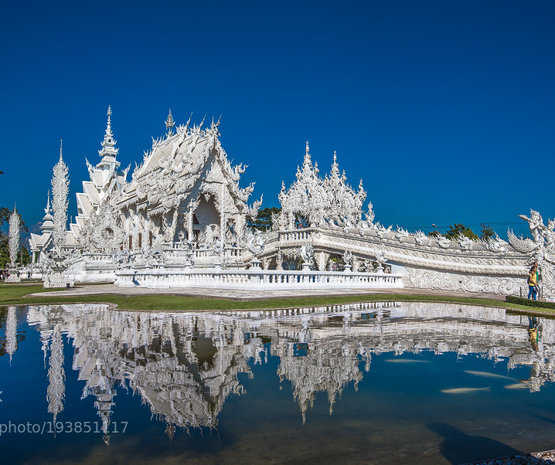 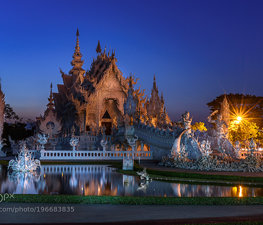 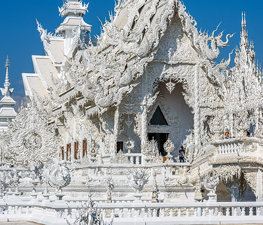 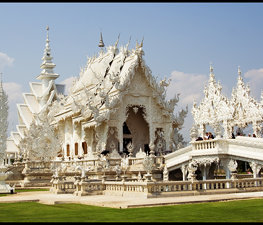 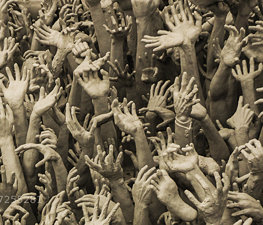 Wat Rong Khun (Thai: วัดร่องขุ่น) is a contemporary unconventional buddhist and Hindu temple in Chiang Rai, Thailand. It was designed by Chalermchai Kositpipat. Construction began in 1997.

The bridge leading to the temple represents the crossing over from the cycle of rebirth to the Abode of Buddha. The small semicircle before the bridge stands for the human world. The big circle with fangs is the mouth of Rahu, meaning impurities in the mind, a representation of hell or suffering.

All the paintings inside the ubosot (assembly hall) have golden tones. The four walls, ceiling and floor contain paintings showing an escape from the defilements of temptation to reach a supramundane state. On the roof, there are four kinds of animals representing earth, water, wind and fire. The elephant stands for the earth; the naga stands for water; the swan's wings represent wind; and the lion’s mane represents fire.

In 1997, Chalermchai Kositpipat volunteered his service to carry out the construction of the ubosot at his own expense as an offering to Lord Buddha, but he later altered the plan as he saw fit in such a way that Wat Rong Khun developed into a prominent site attracting both Thai and foreign visitors.

Dwight Jason Ronan
MUST VISIT: One of the most visually stunning (and weirdest) Buddhist sites I've seen in Southeast Asia. Try to go here early in the morning or late in the afternoon (before 5 PM) to avoid the crowd.

Ting
Beautiful especially from a distance, all white and glittering as the pieces of mosaic mirrors reflect the sunlight. Worth a visit en route to Chiangrai.

Top Koaysomboon
Inside the main hall: On the wall facing the Buddha image, try look for famous characters like Doraemon, Sailor Moon, Spider Man, etc hidden in the wall painting. Each wall took 2-3 yrs to complete!

Sander Zuurhout
Very beautiful place, more beautiful from the outside than inside. Mind the gruesome details of hands and skeletons when walking over the stairs. Must-visit!

Agkarajit Phanomvan Na Ayudhya
In 1997, Artist Chalermchai Kositpipat designed, financed and constructed this remarkable Buddhist temple. Millions of people from all over the world came to visit the temple and the private museum. 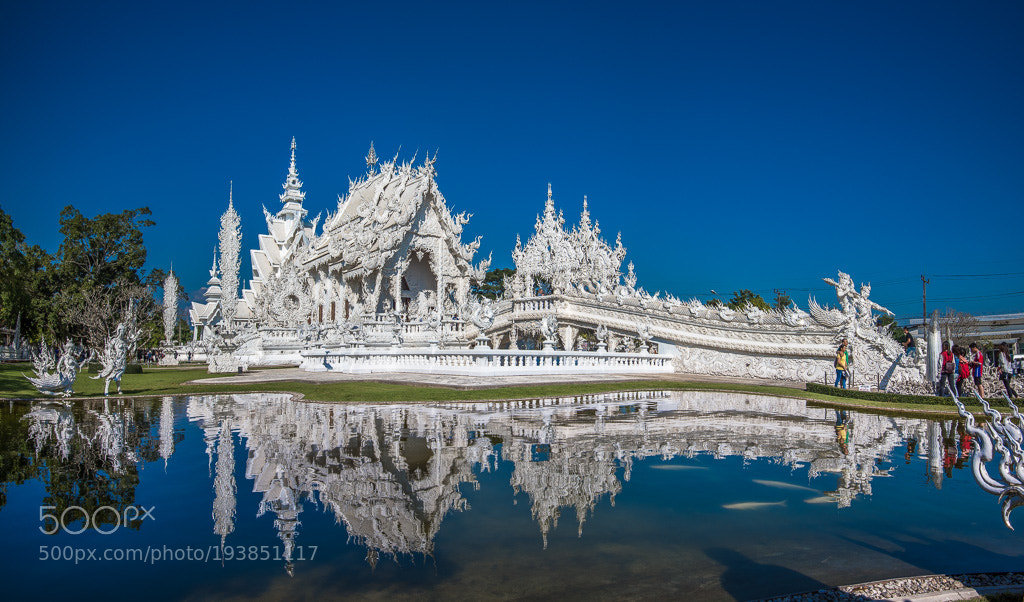 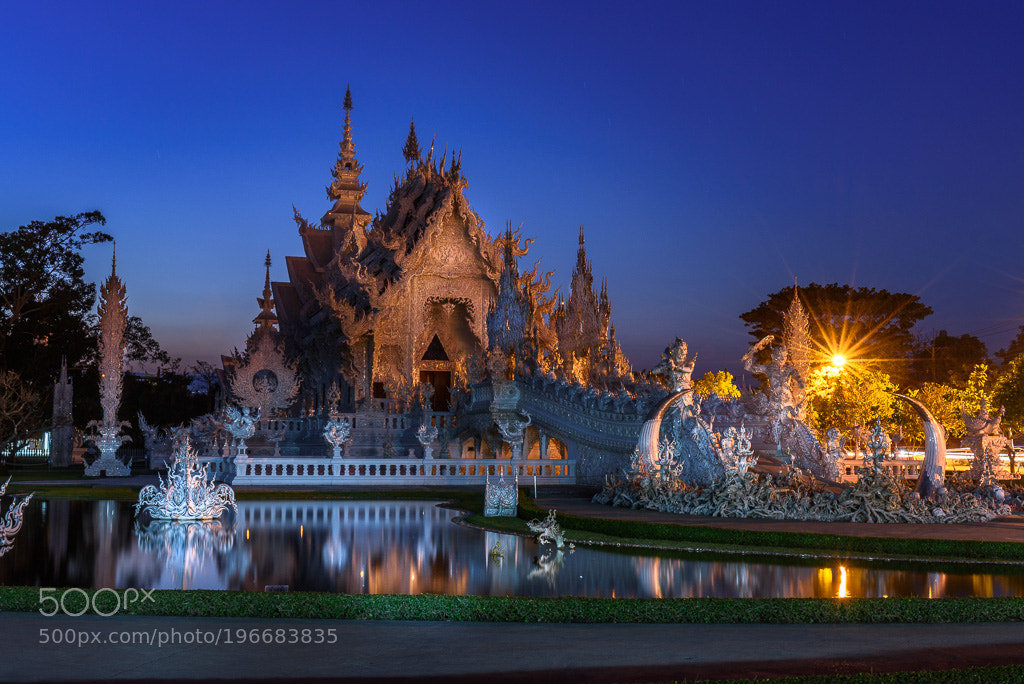 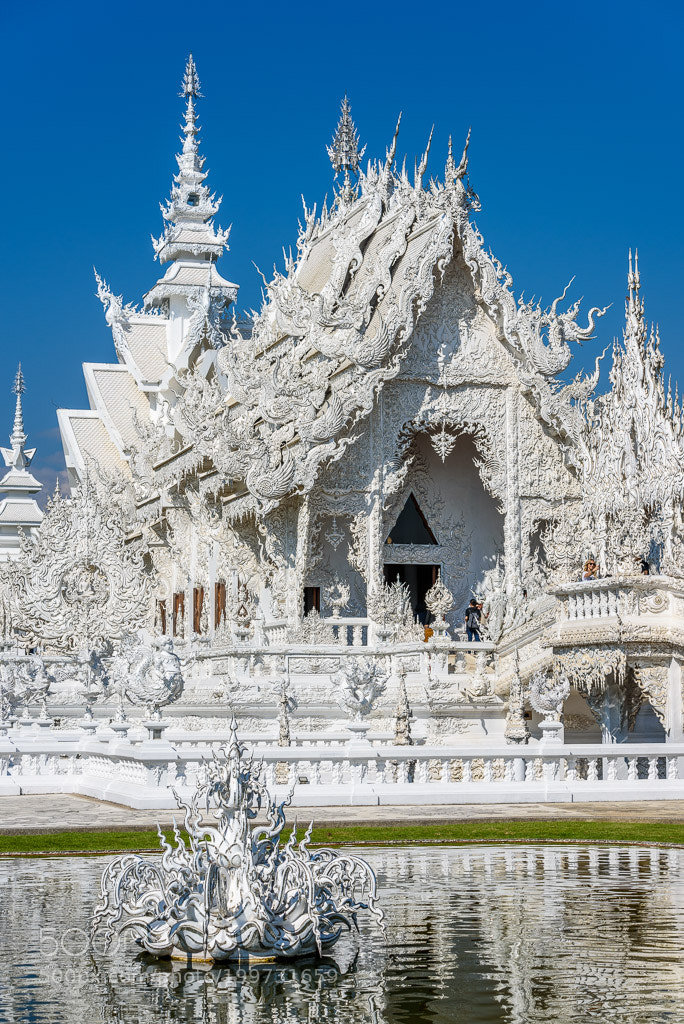 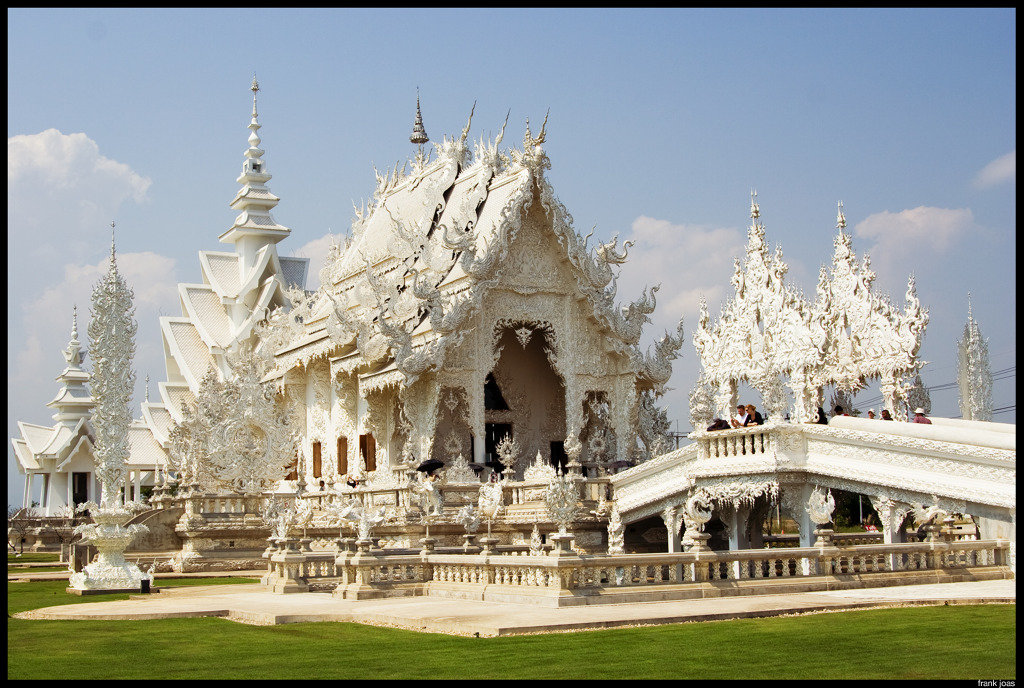 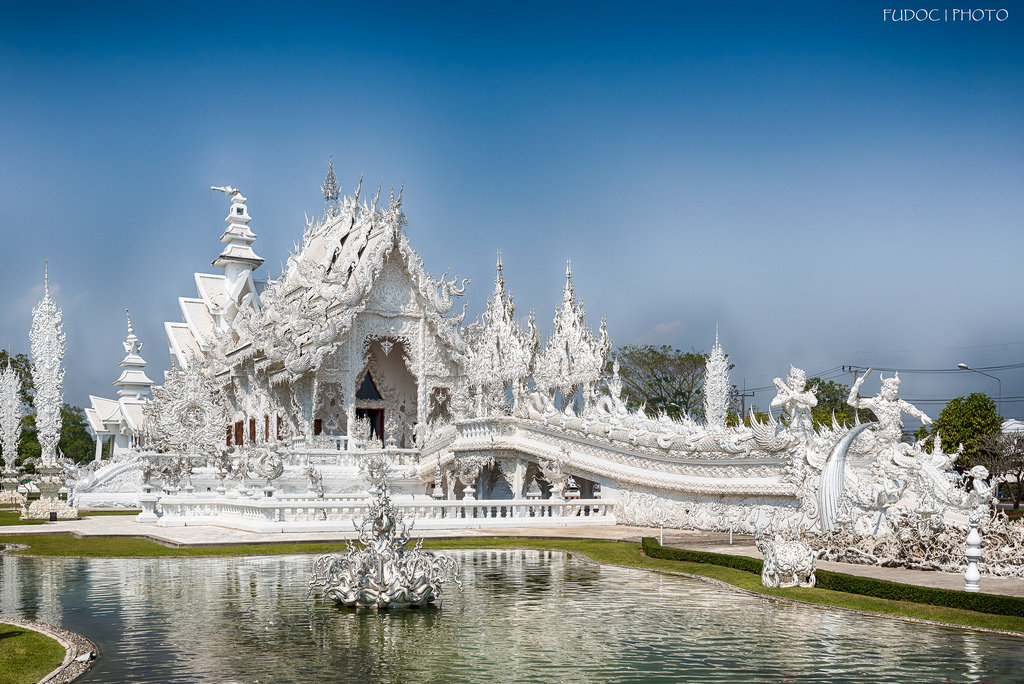 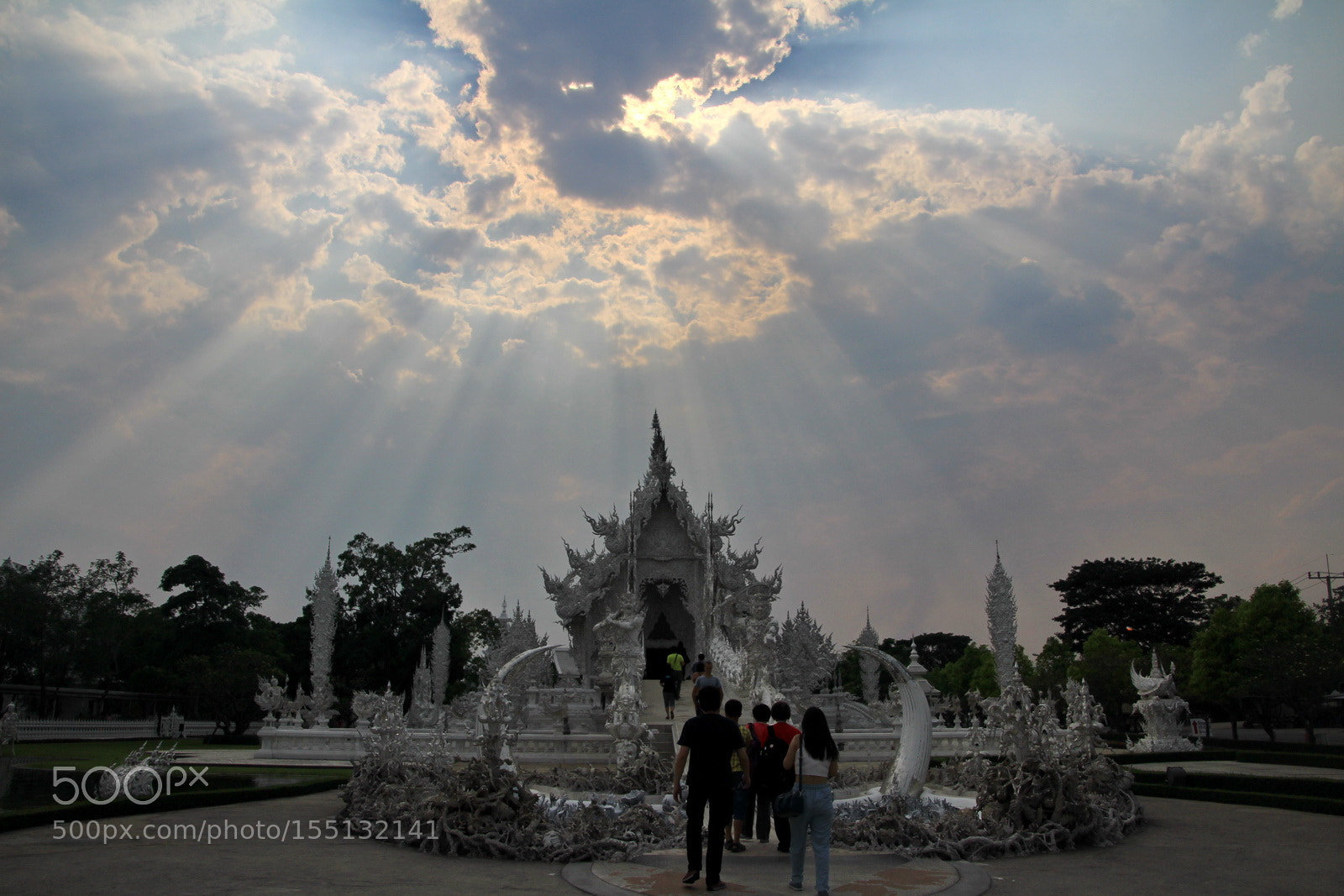 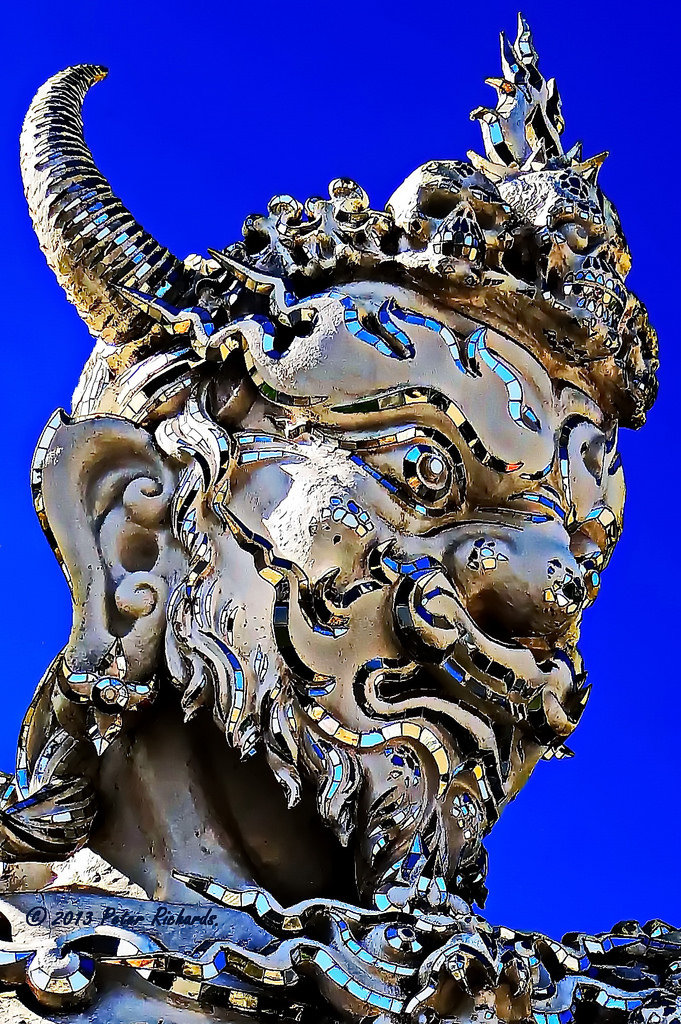 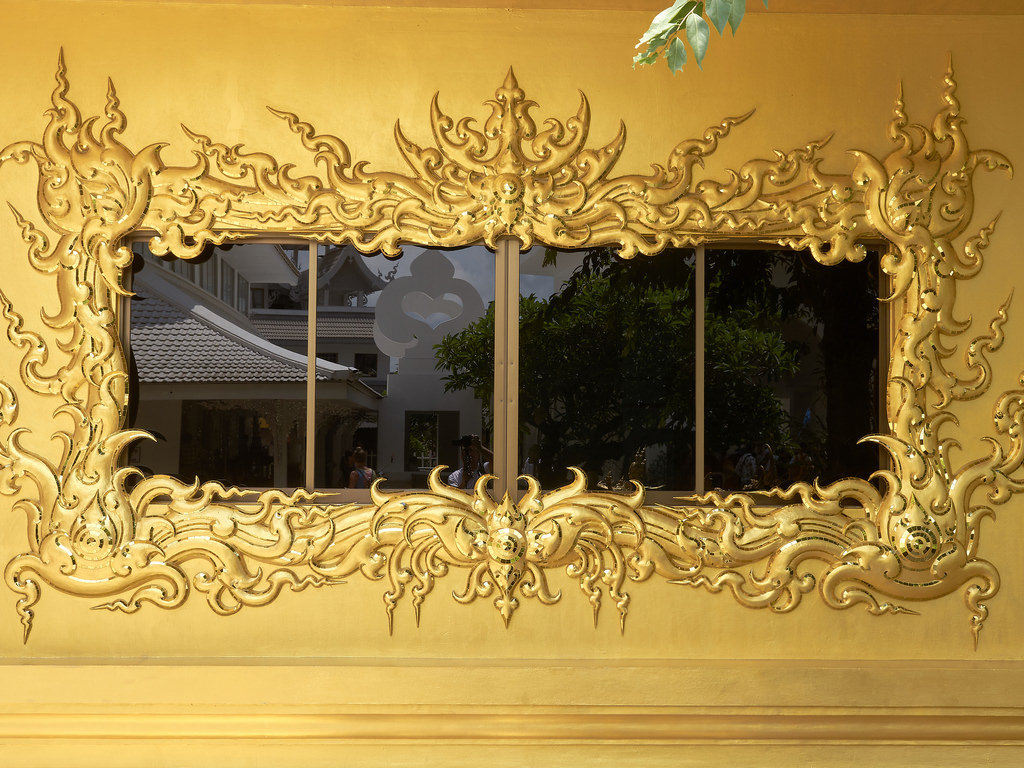 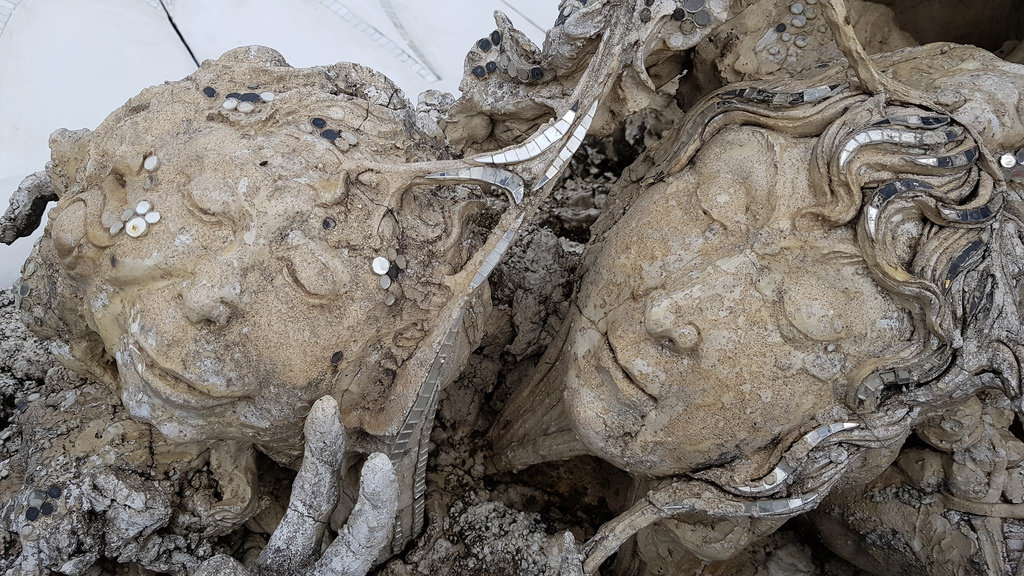 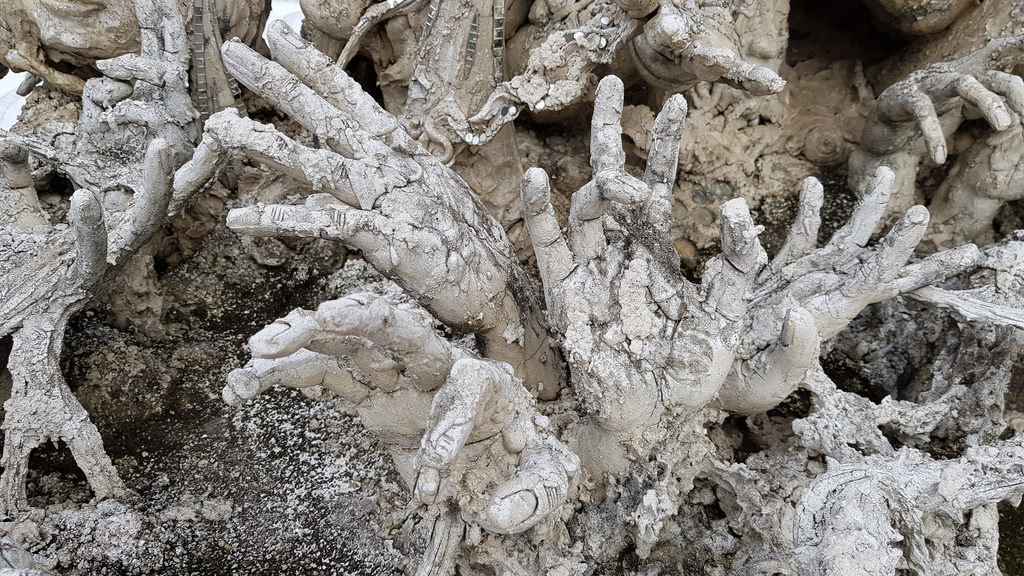 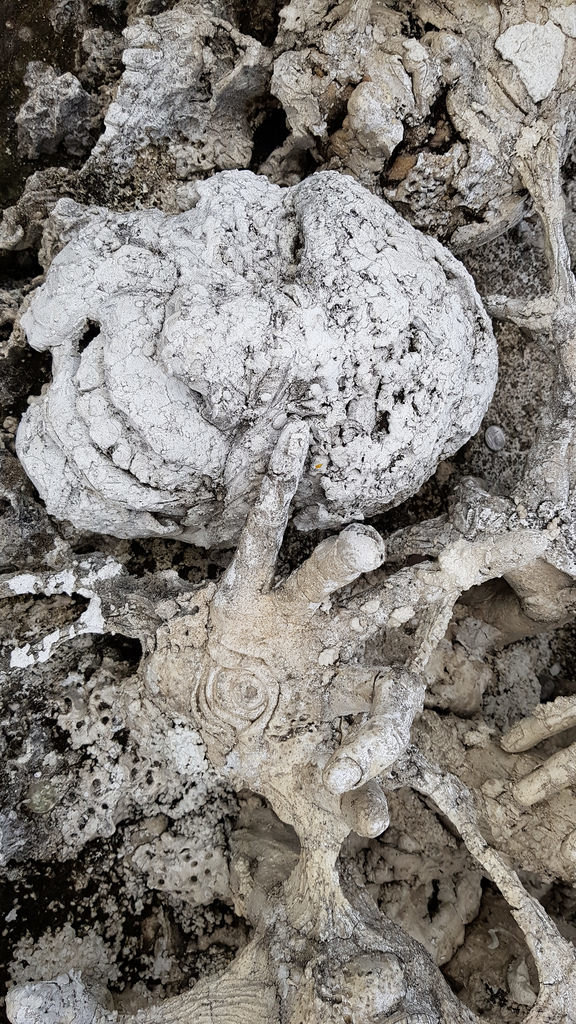 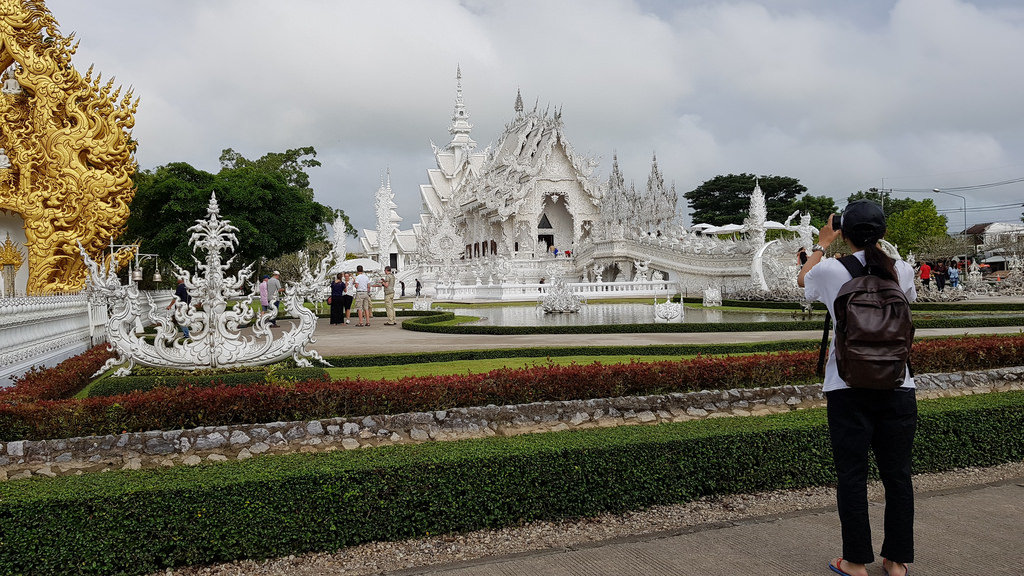 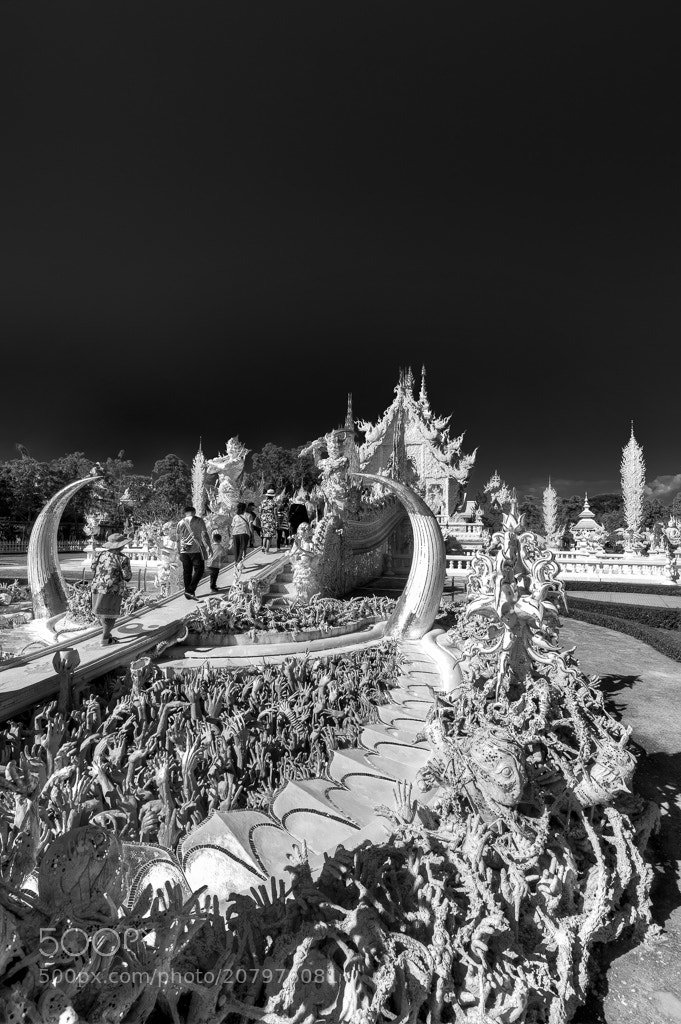 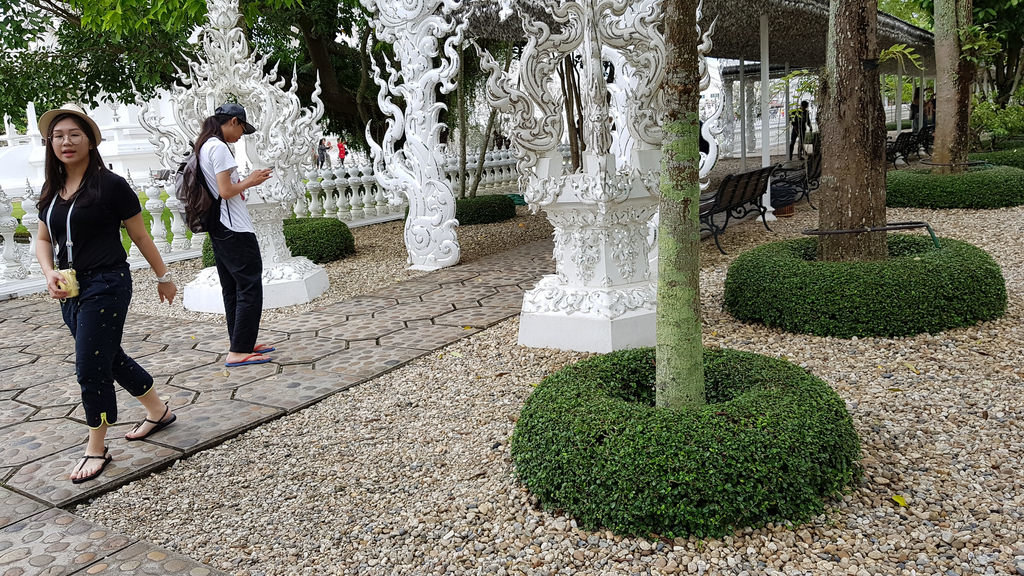 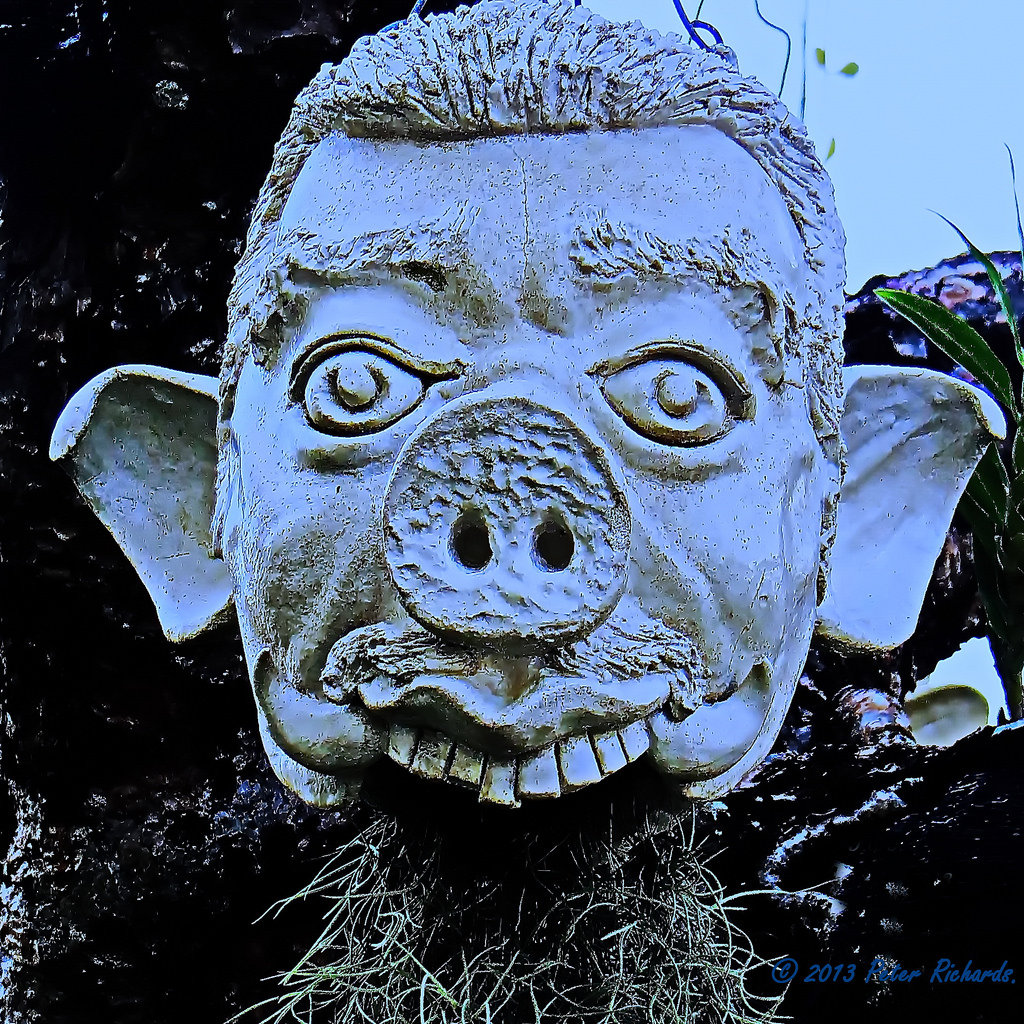 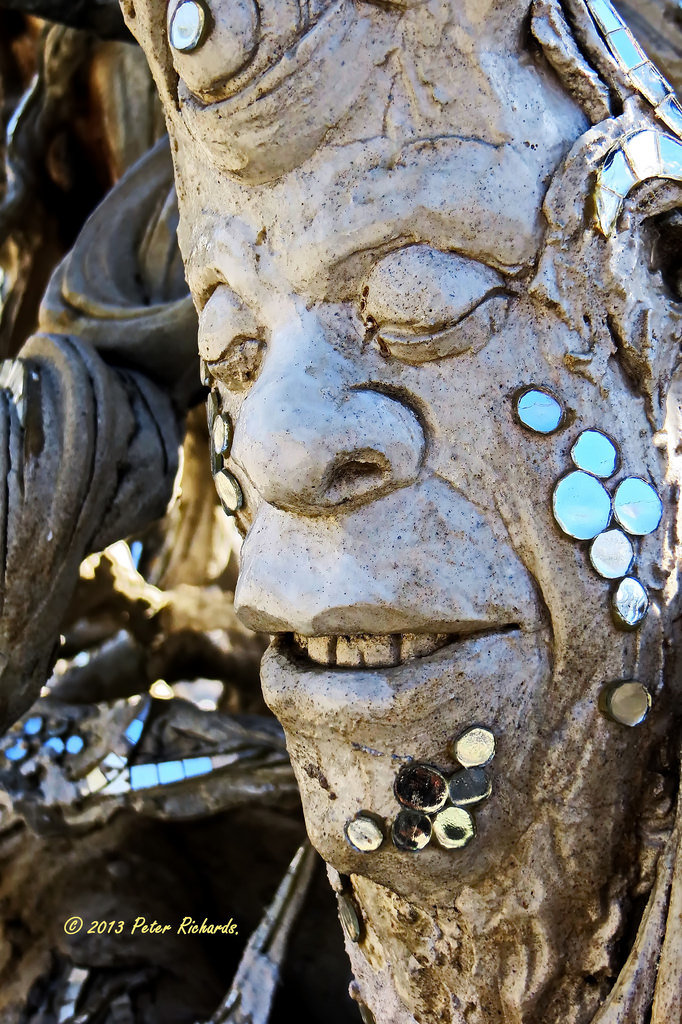 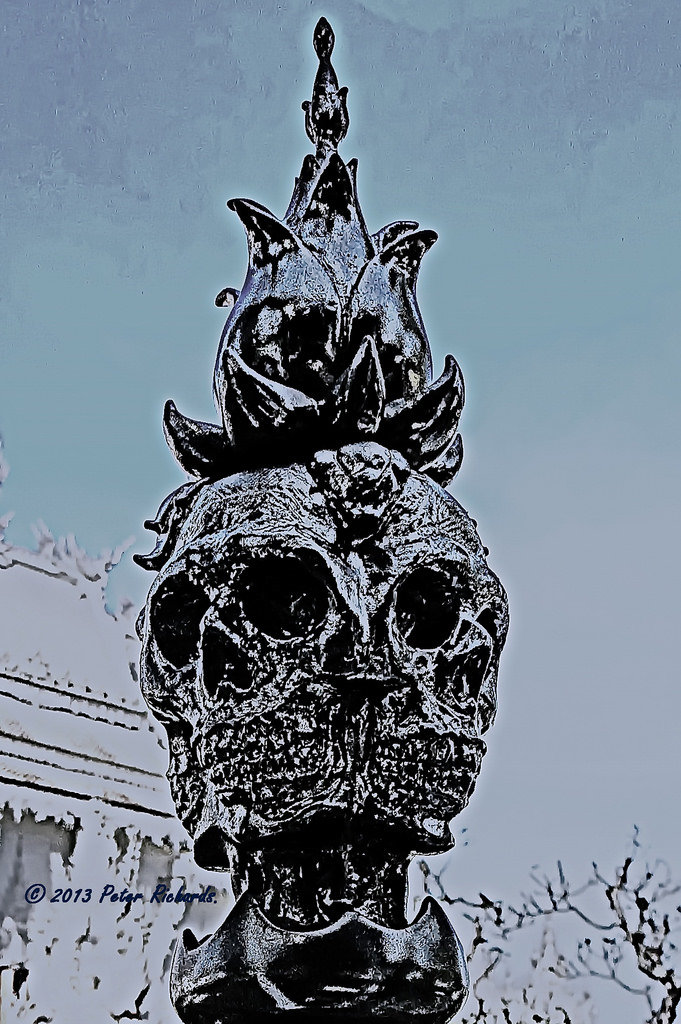