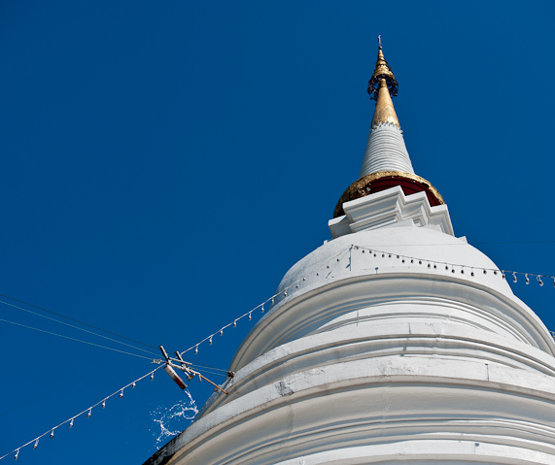 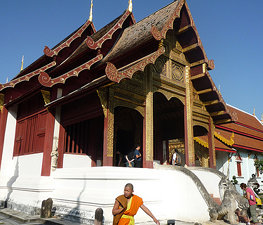 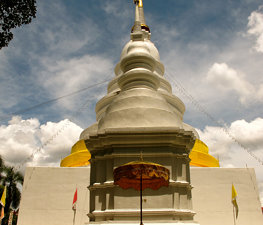 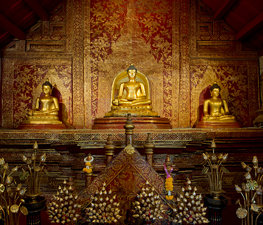 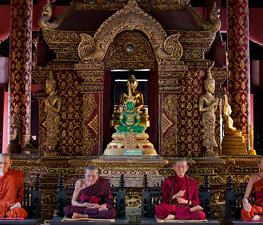 Wat Phra Singh is located in the western part of the old city centre of Chiang Mai, which is contained within the city walls and moat. The main entrance, which is guarded by Singhs (lions), is situated at the end of the main street (Rachadamnoen road) of Chiang Mai. The road runs east from the temple, via Tapae Gate, to the Ping River.

The temple houses an important Buddha statue: the Phra Buddha Sihing which gives the temple its name. The origins of this statue are unknown but, according to legend, it was based on the lion of Shakya, a statue since lost which used to be housed in the Mahabodhi Temple of Bodh Gaya (India). The Phra Buddha Sihing statue is supposed to have been brought, via Ceylon (present day Sri Lanka), to Ligor (present day Nakhon Si Thammarat and from there, via Ayutthaya, to Chiang Mai. There are two more Buddha statues in Thailand which are claimed to be the Phra Buddha Sihing: one is housed in Wat Phra Mahathat in the city of Nakhon Si Thammarat and another in the Bangkok National Museum.

It is alleged that the head of the statue had been stolen in 1922. The possibility remains that the present statue (or maybe only the head) is a copy.

Every year, during the Songkran festival, the statue is taken from Viharn Lai Kham and carried through the streets of Chiang Mai in a religious procession during which the spectators honour the statue by sprinkling water over it.

Construction on Wat Phra Singh began in 1345 when King Phayu, the fifth king of the Mangrai dynasty, had a chedi built to house the ashes of his father King Kham Fu. A viharn and several other buildings were added a few years later and the resulting complex was named Wat Lichiang Phra. When, in 1367, the statue of Phra Buddha Singh was brought to the temple, the temple complex received its present name. During restoration works in 1925, three funerary urns were discovered inside a small chedi. It was assumed that these contained royal ashes. The urns have since been lost. From 1578 to 1774 the Burmese ruled Lanna and in this period the temple was abandoned and came under serious disrepair. It was only when King Kawila assumed the throne as King of Chiang Mai in 1782, that the temple was restored. King Kawila had the ubosoth built and the chedi enlarged. Later successors restored the Viharn Lai Kham and the elegant Ho Trai (temple library).

The whole temple complex underwent extensive renovations under the famous monk Khru Ba Srivichai during the 1920s. Many of the buildings were again restored in 2002.

Sky Yau
Really nice temples and you can explore a lots of their culture at this street. And dont forgot the night market on sunday evening. Is great.

Jesse Johnston
One of the prettiest temples in Chiang Mai. Definitely worth a visit if you have the time - be aware that the local monks adopt stray dogs, so avoid if you have a fear of dogs or allergies!

Simple Discoveries
One of our favorite temples in Chiang Mai. Loved the golden stupa with elephants in back. If it rains, be sure to look for awesome reflections to photograph. :)

Stephanie Schierholz
Visit the temple to the left rear of the main entrance to see the main attraction and amazingly intricate wall murals and painting.

Andrej Andreev
Fantastic. Also you can have breakfast or lunch there; the food stalls are clean and excellent, so come hungry :)

Monica Desai
Relaxing and beautiful - sit with a monk and chat for a little about Buddhism and their lives while you admire the Wat
Load more comments
foursquare.com
9.0/10
irishmet, Diego Sánchez and 196,597 more people have been here
I've been here
Add to wishlist 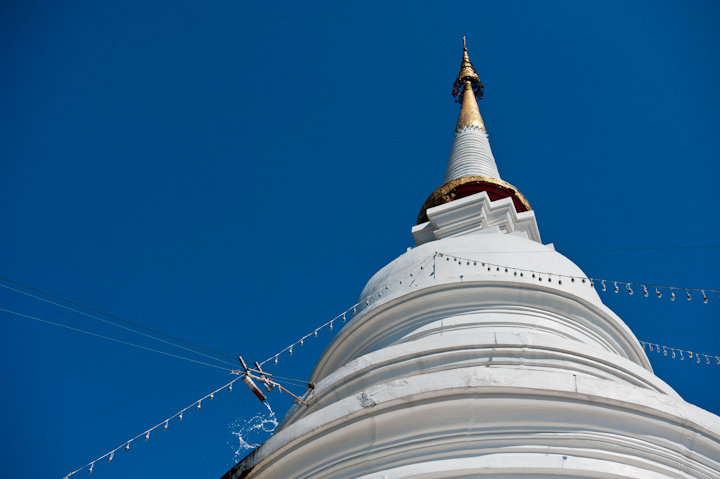 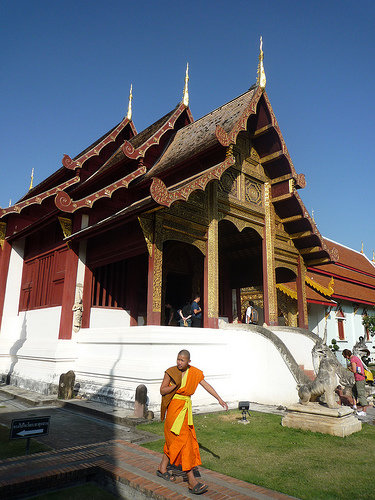 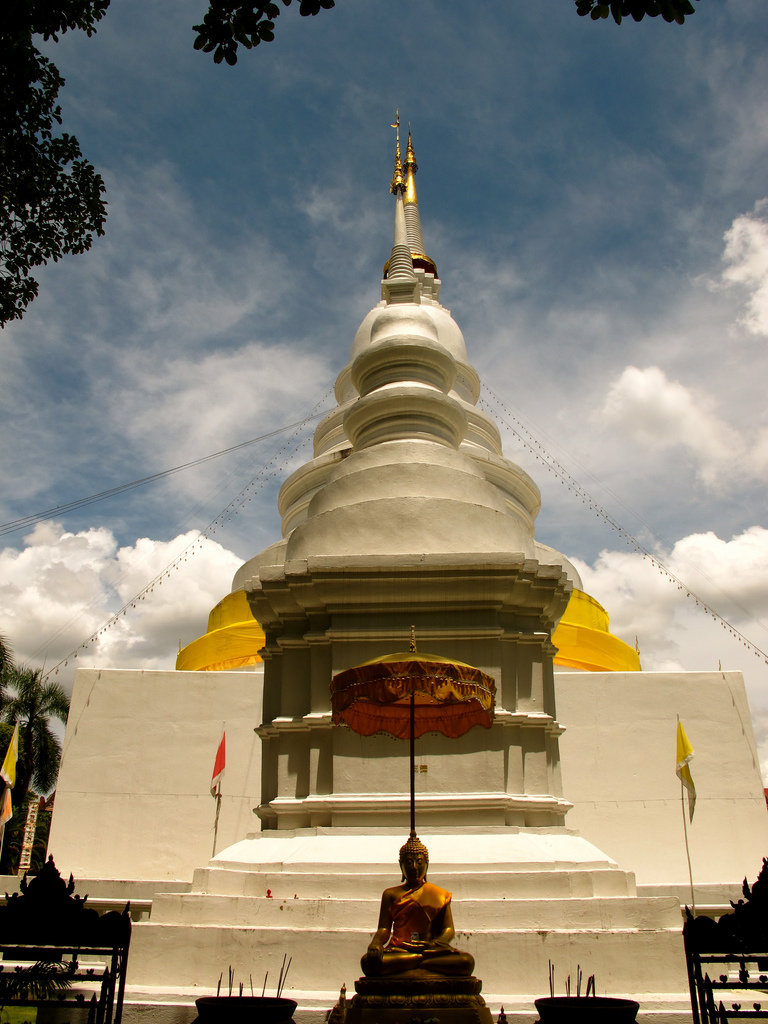 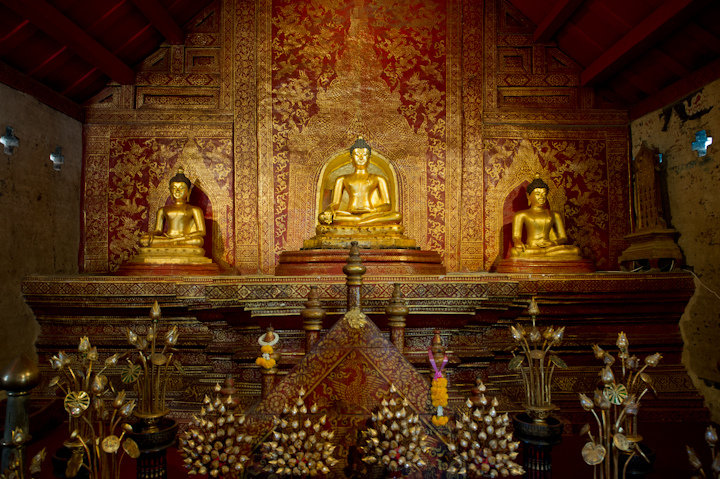 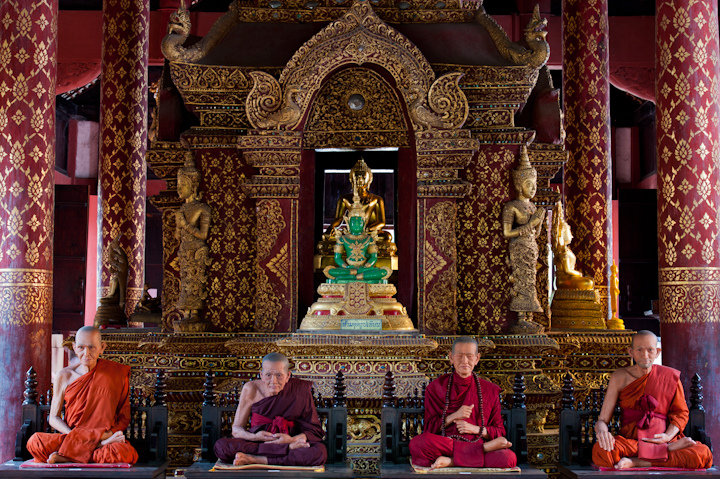 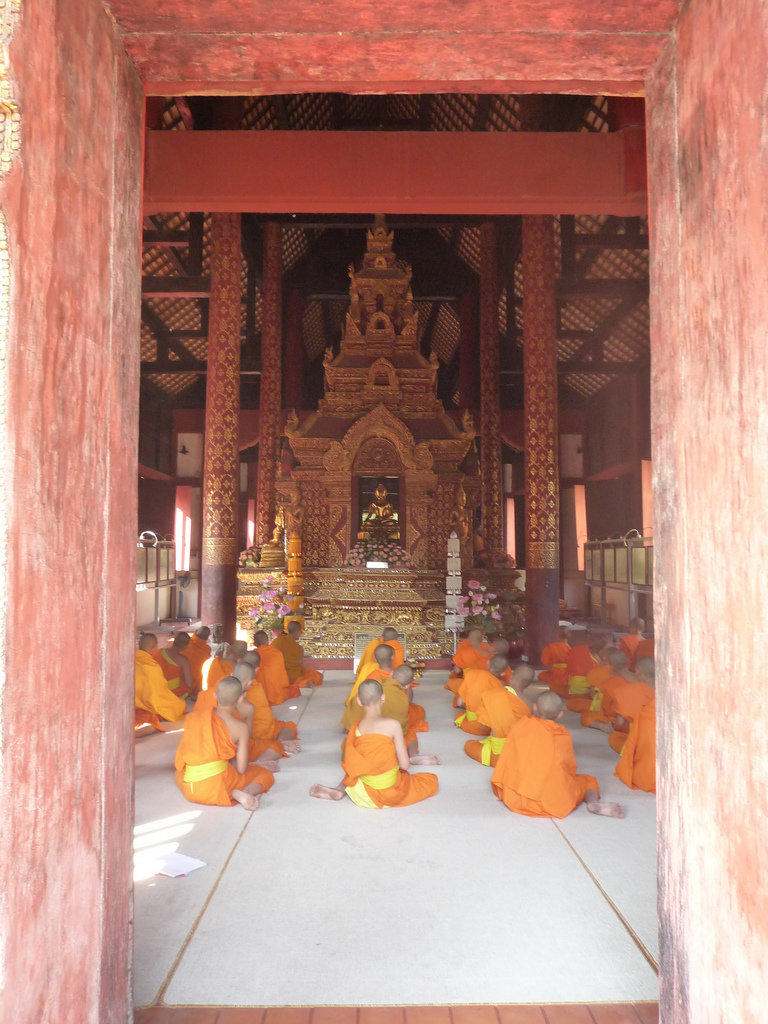 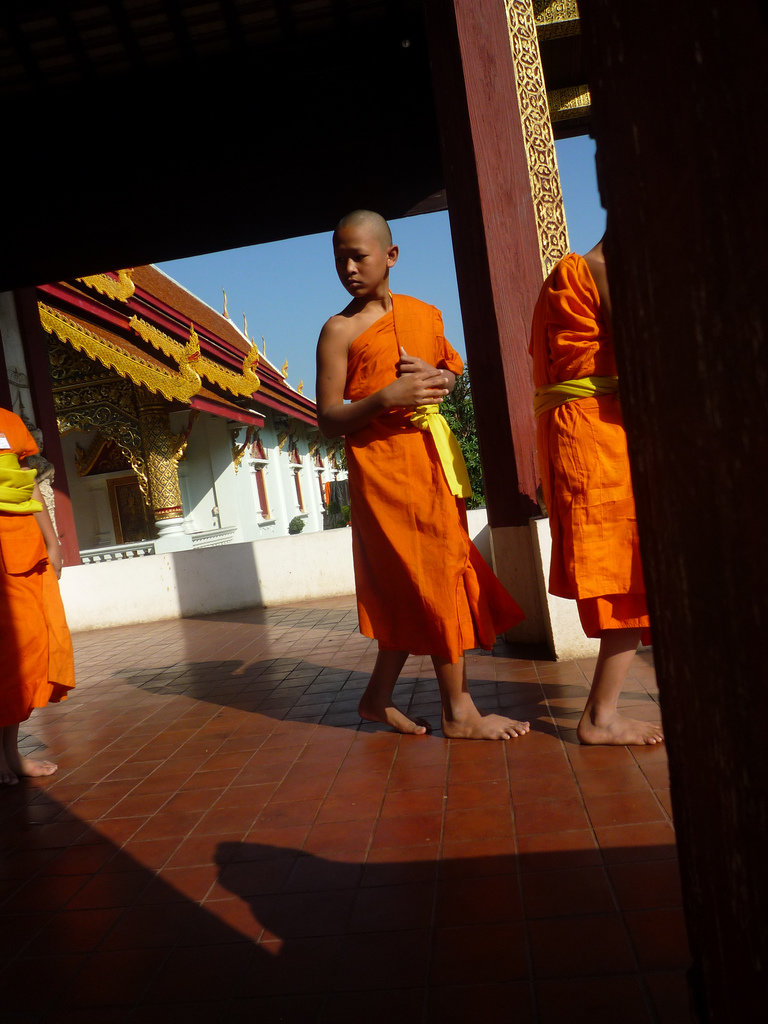 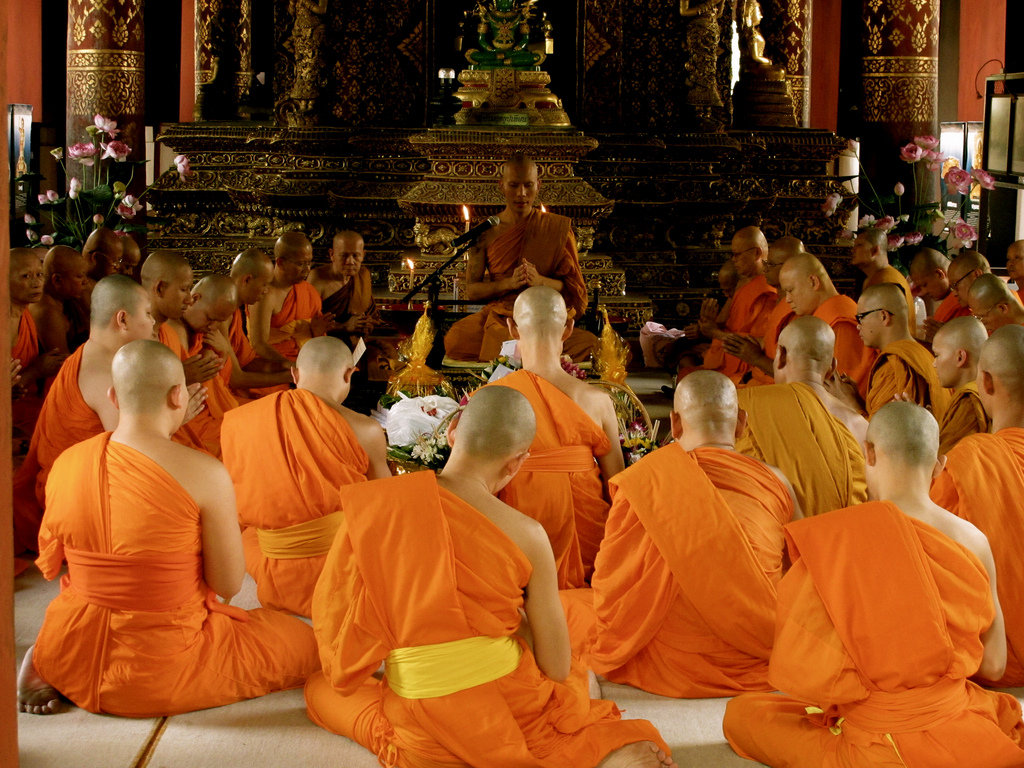