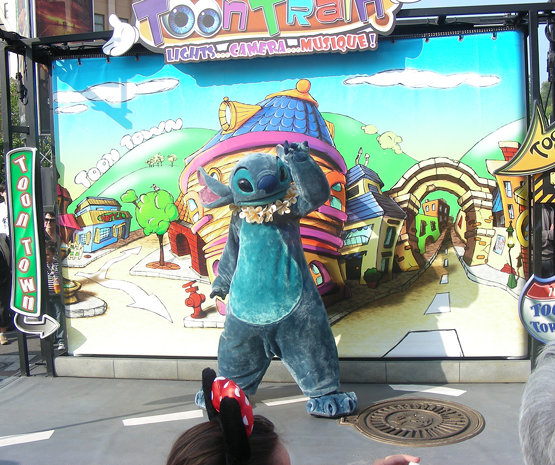 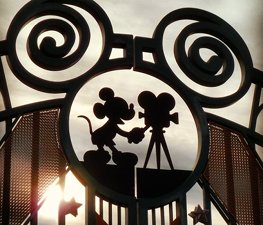 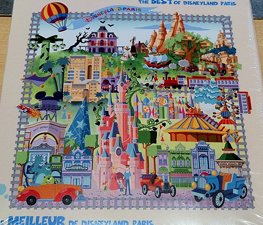 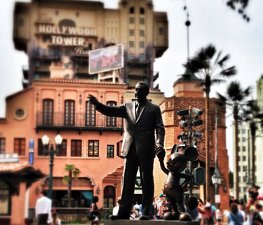 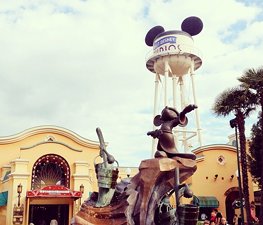 Walt Disney Studios Park is the second theme park of Disneyland Paris, and is also owned and operated by Euro Disney S.C.A.. It is located to the west of the hub, next door to Disneyland Park at the heart of the resort in Marne-la-Vallée.

Since April 2, 2010, the New Generation Festival has been the park's theme.

The park opened on March 16, 2002 and is themed after a working film studio, with the "lands" being studio lots. Most of its attractions are imported from the other Disney parks in California, Florida and Tokyo, although the park has original attractions including Moteurs... Action! Stunt Show Spectacular, which was later exported to Disney's Hollywood Studios at the Walt Disney World Resort in Florida.

It was traditional for a period of time for Walt Disney Feature Animation to have a satellite animation studio at each of the company's resorts, but the Paris studio was located in Montreuil, at the city limits of Paris and was never associated with the park. Originally the Brizzi studio owned by brothers Paul Brizzi and Gaëtan Brizzi, Disney purchased the studio in the early 1990s and renamed it Walt Disney Feature Animation Paris. WDFA Paris' first films were A Goofy Movie and the Mickey Mouse short Runaway Brain.

WDFA Paris contributed sequences to every Disney film from The Hunchback of Notre Dame to ', most notably producing the Firebird Suite sequence for Fantasia 2000. It was closed in 2004 following Disney Florida and Disney Japan, when Feature Animation was downsized to save production costs.

Disney-MGM Studios Europe was the original plan for a second theme park and was scheduled to open in 1996. However, these plans were cancelled around mid-1992 due to the resort's financial crisis of that time. After the resort began to make a profit, plans for a movie themed theme park went into development again but on a much smaller scale. In 2002, the Walt Disney Studios Park opened.

June 2007 saw the opening of a brand new "land" in the Animation Courtyard area of the park. Called Toon Studio, the new area is themed as a "toon backlot", apparently representing the film studio work place of animated characters, where they produce their animated classics. The concept has been created exclusively for Walt Disney Studios Park and features two brand new attractions, not seen in any other Disney Theme Park, along with small merchandising locations and many character meet-and-greets.

The key attractions in this expansion phase are Crush's Coaster, a custom-designed Maurer Söhne SC 2000 indoor spinning roller coaster, and Cars: Race Rally themed to the 2006 Disney/Pixar film Cars, with the ride taking the form of an enhanced tea cups ride. Similar attractions can be found in Mermaid Lagoon at Tokyo DisneySea and a bug's land in Disney's California Adventure. On December 22, 2007, The Twilight Zone Tower of Terror attraction soft-opened with the new Hollywood Boulevard on Production Courtyard. Stitch Live! has replaced the Disney Channel Studio Tour.

In 2009, new attractions and entertainment opened at Walt Disney Studios to run alongside with Mickey's Magical Party, which began in April 2009. A new attraction Playhouse Disney Live On Stage! opened next to Stitch Live! and is presented in French, English and Spanish. For the first time, Walt Disney Studios Park received a full parade, Disney's Stars 'n' Cars is a smaller version of Disney Stars and Motor Cars Parade, which had previously come from Disney's Hollywood Studios park in Walt Disney World Resort, Florida.

Toy Story Playland, now well into construction, to coincide with the new Disney·Pixar film Toy Story 3. This space will "shrink" the visitor to the size of a toy, and will comprise of 3 attractions, as well as several photo opportunities. The three attractions are a Half pipe named RC Racer, a parachute jump style ride named Toy Soldiers Parachute Drop and finally a Music Express train named Slinky Dog Zigzag Spin, all themed intricately on the first 2 Toy Story films. The land will open in August 2010.

Nad Cee
A few great rides, but a park with no magic outside its rides. Tower of terror, Crush's Coaster and Ratatouille are top 3! Go to crush's coaster at park's opening or be prepared to wait. A lot.

Stein-Erik Lien
Crush's Coaster is a must ride. Mostly long que time, but definitely worth it. Ratatouille ride and Rock n Rollercoaster are also fabulous. The last one also tend to have very short ques.

Femke Potemans
Really nice park, love it! Ratatouille and Crush Coaster are really good but the waiting times can go up to 80 minutes in high-season! No fastpass for Crush Coaster=dissapointment

????????????????
Its smaller than Disneyland Park for sure. Small number of rides but good ambiance. Doesn’t need more than a day. Rock n rollercoaster, tower of terror, rc racer, ratatouille, tram tour are a must! ????

Michelle Connochie
Download the MagiPark app. It uses less battery & shows wait times for both parks. You can also set alerts for when wait times go below a time & if a ride breaks down, it alerts you when it reopens.

Sara
Hotel of terror is the best ride in this park. Super surprising. You would looooooove it!!!!!
Load more comments
foursquare.com
9.0/10
Richard, Topher Sterling and 450,773 more people have been here
I've been here
Add to wishlist

Lovely condo next to Paris Disneyland

Disneyland Resort Paris is a holiday and recreation resort in

Disney's California Adventure Park is a theme park in Anaheim,

Disneyland is an American theme park in Anaheim, California, owned and 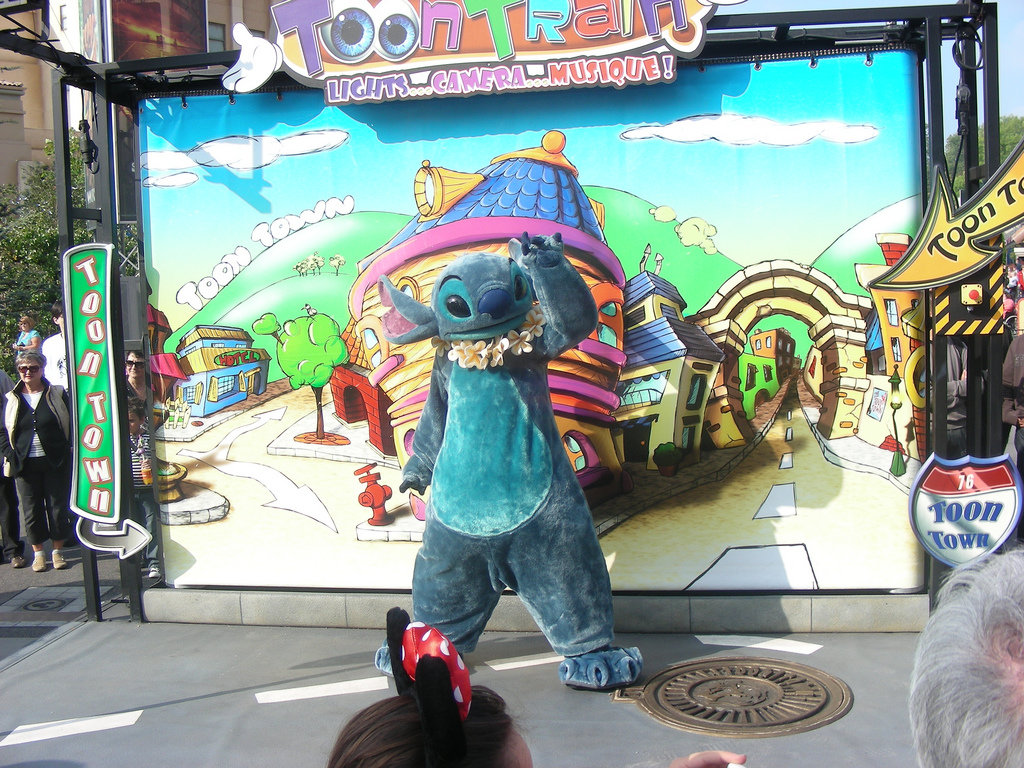 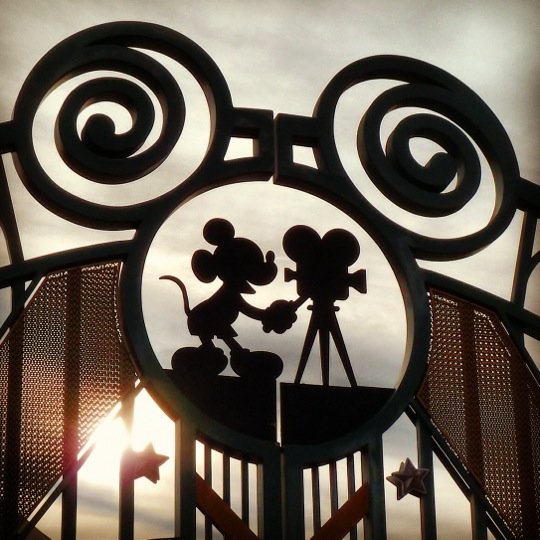 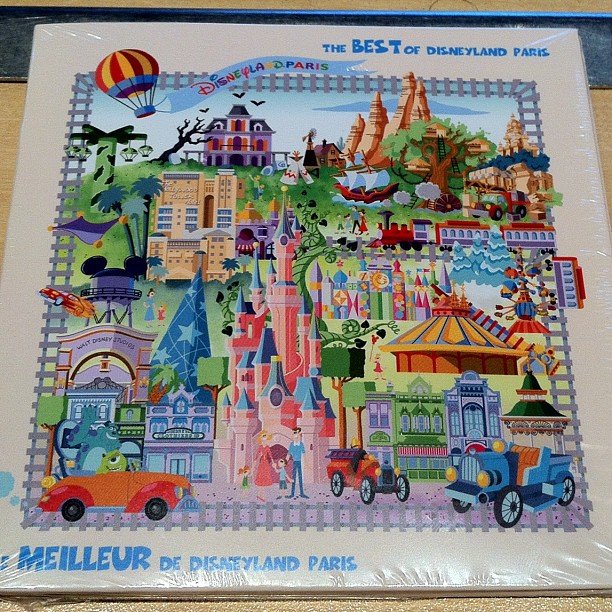 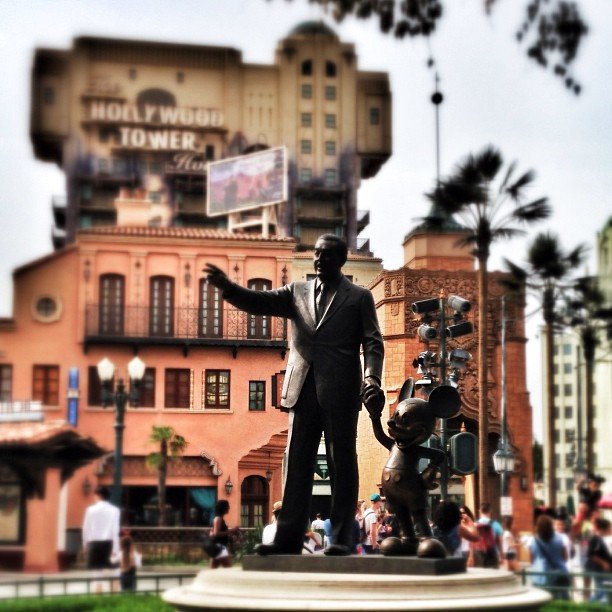 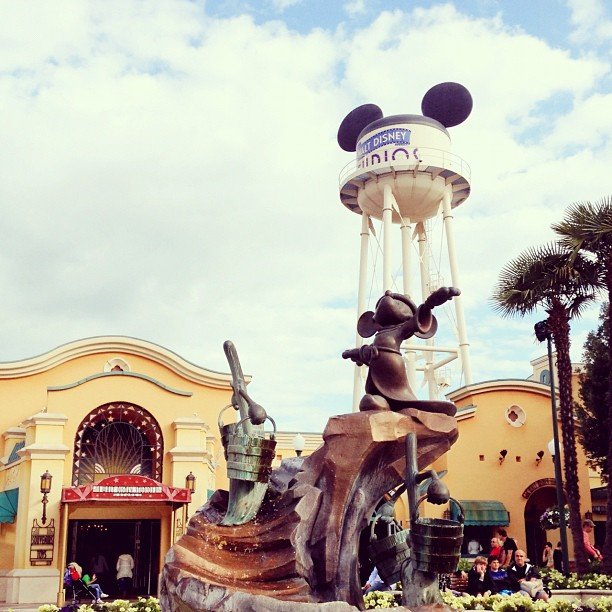 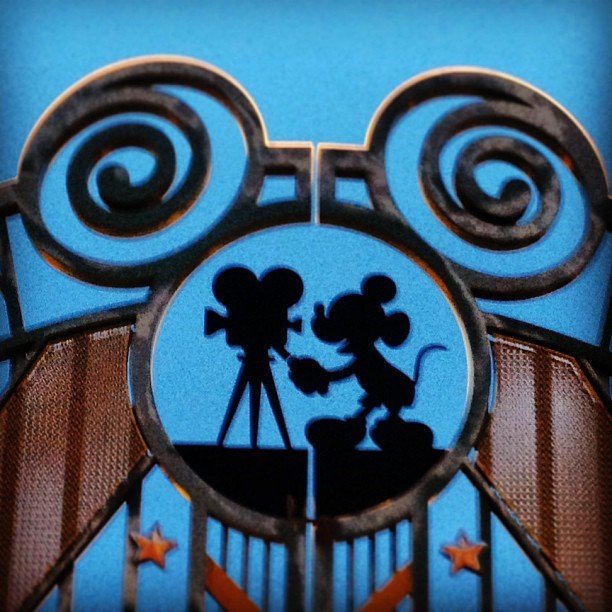 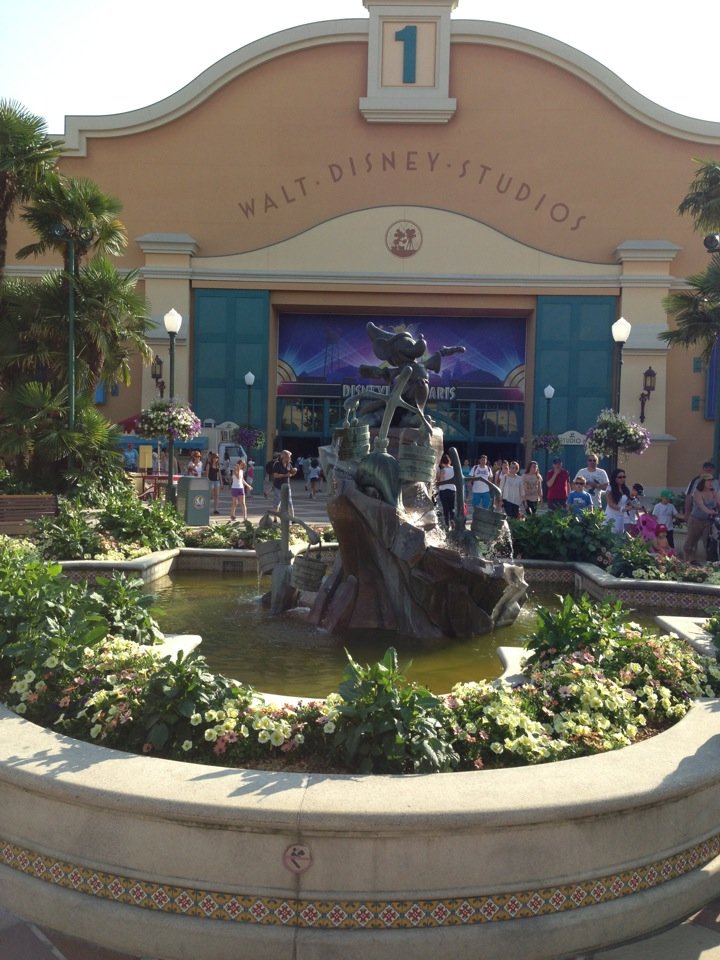 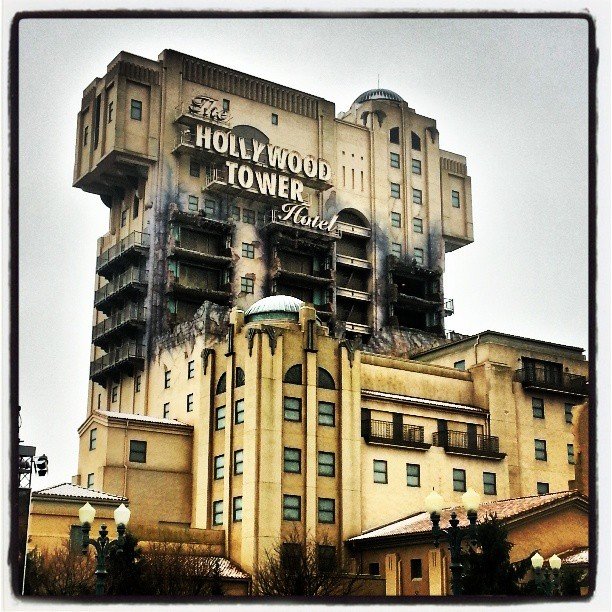 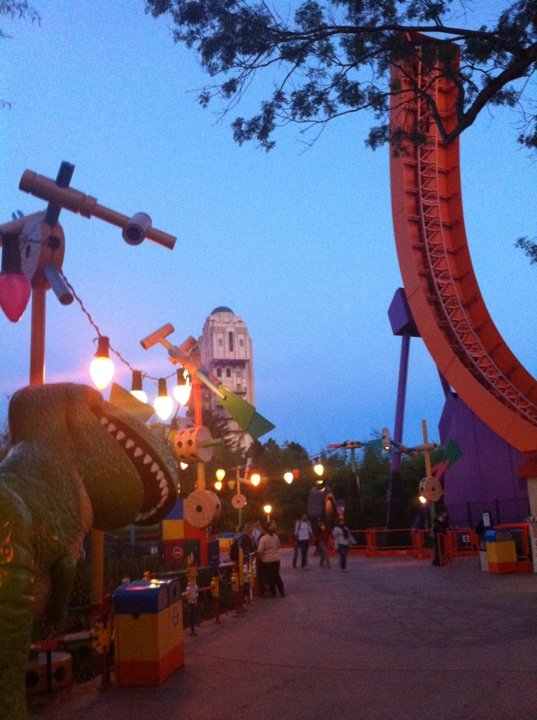 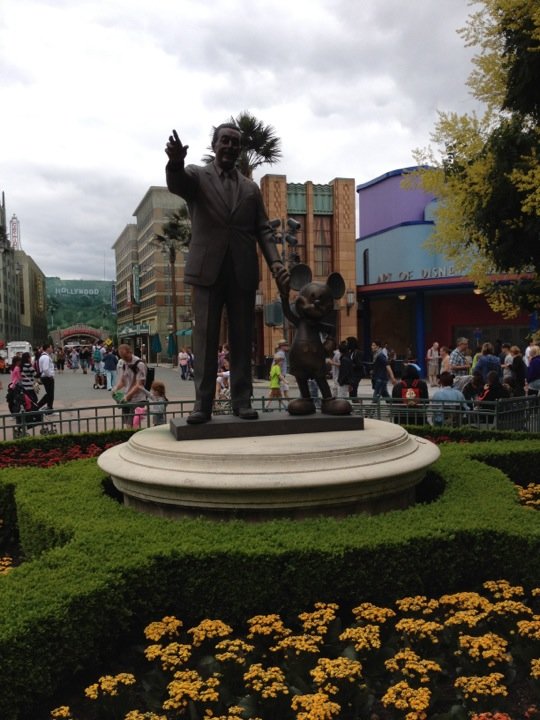 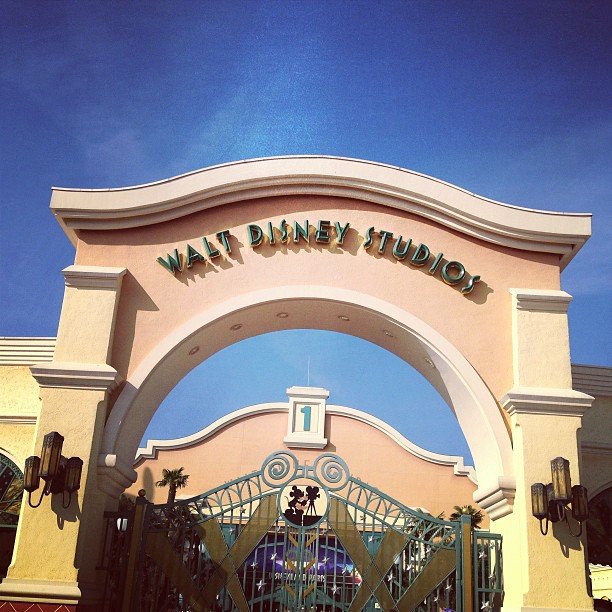 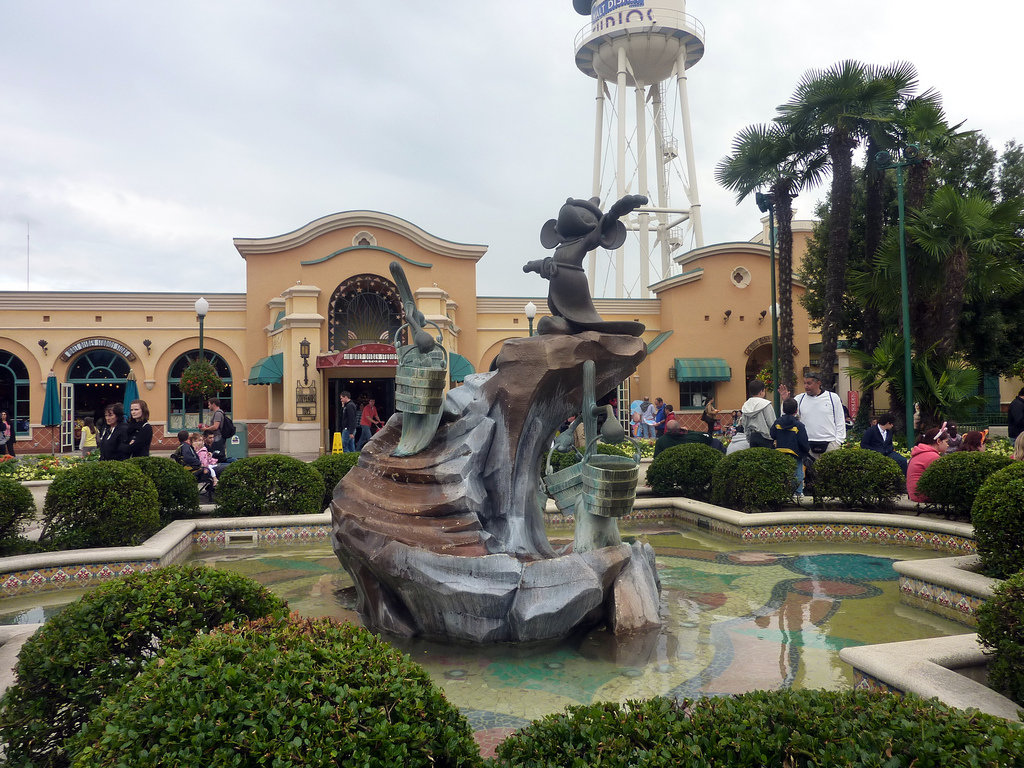 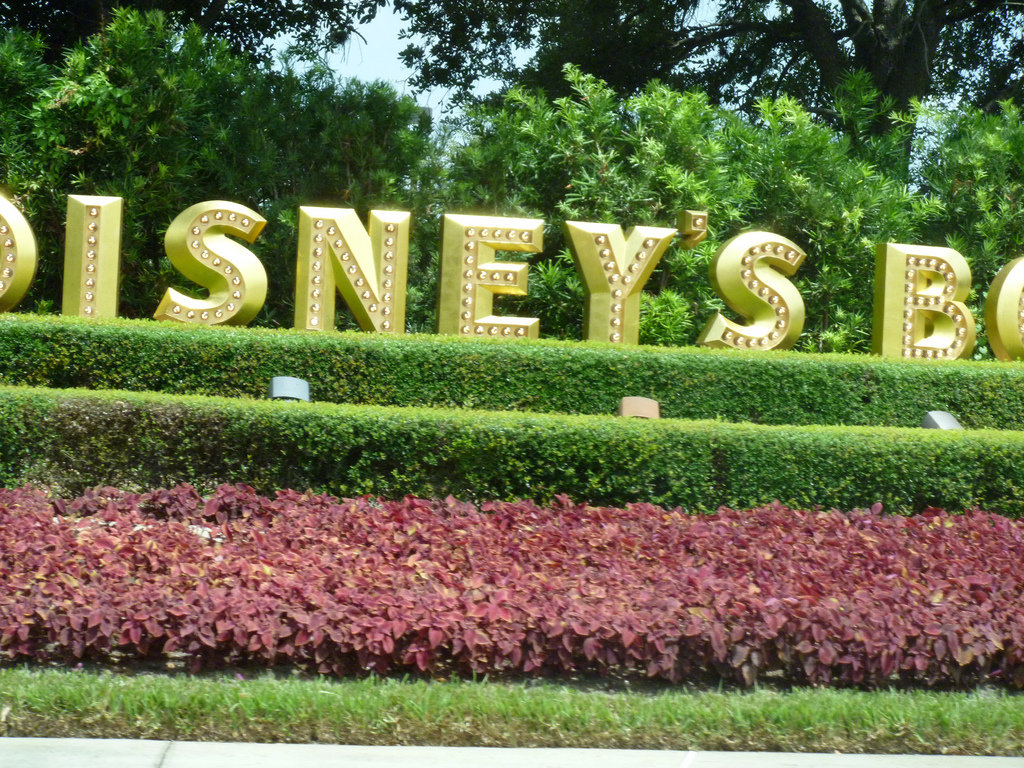 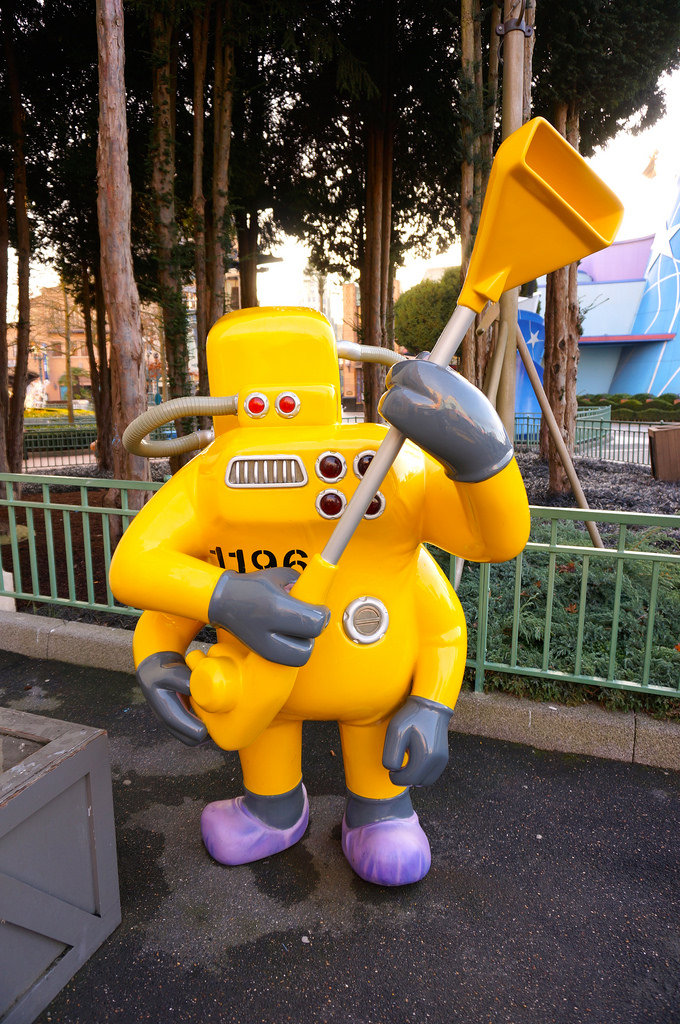 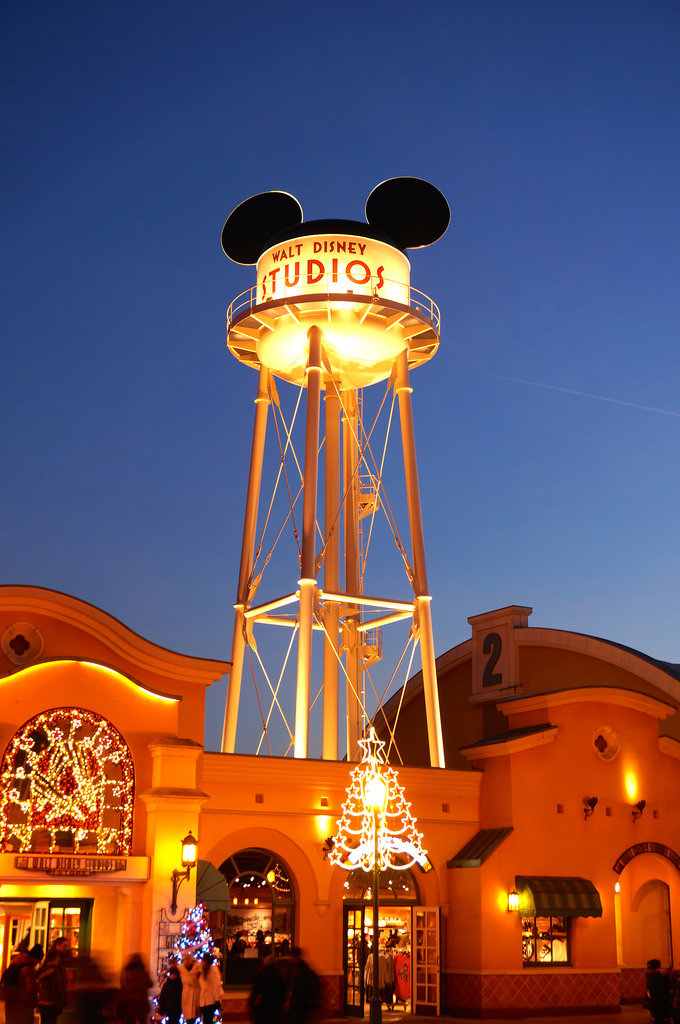 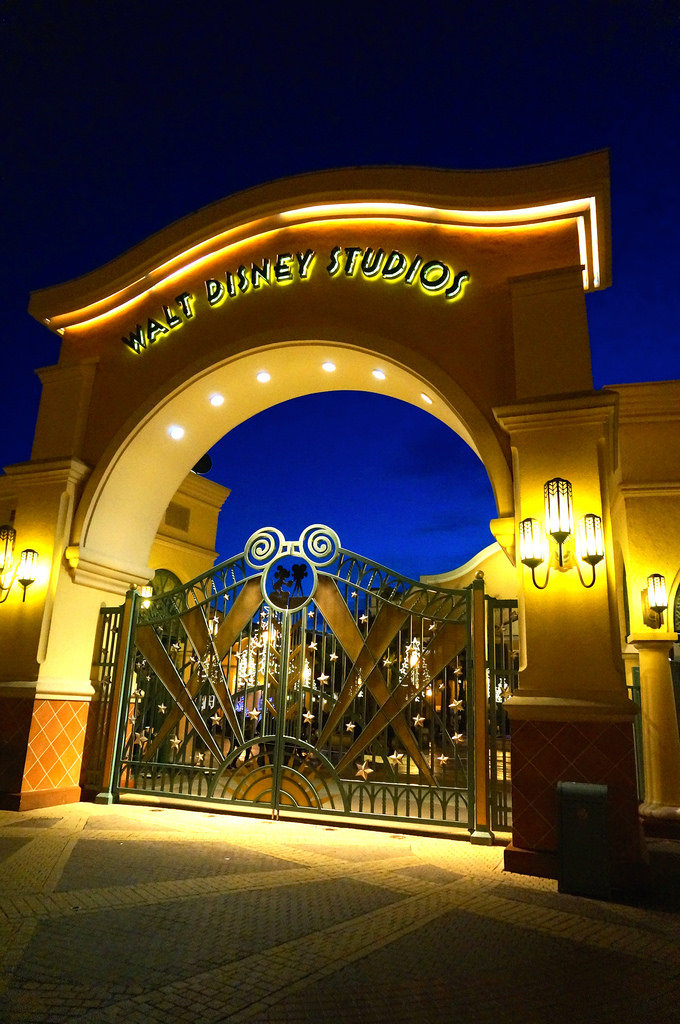 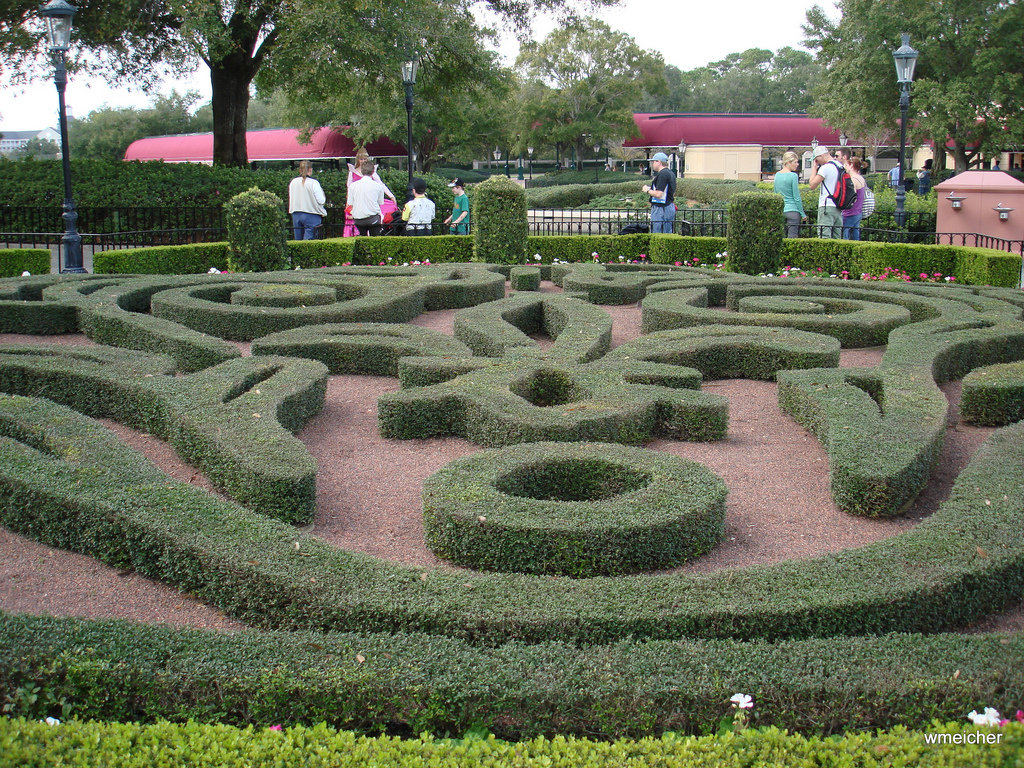 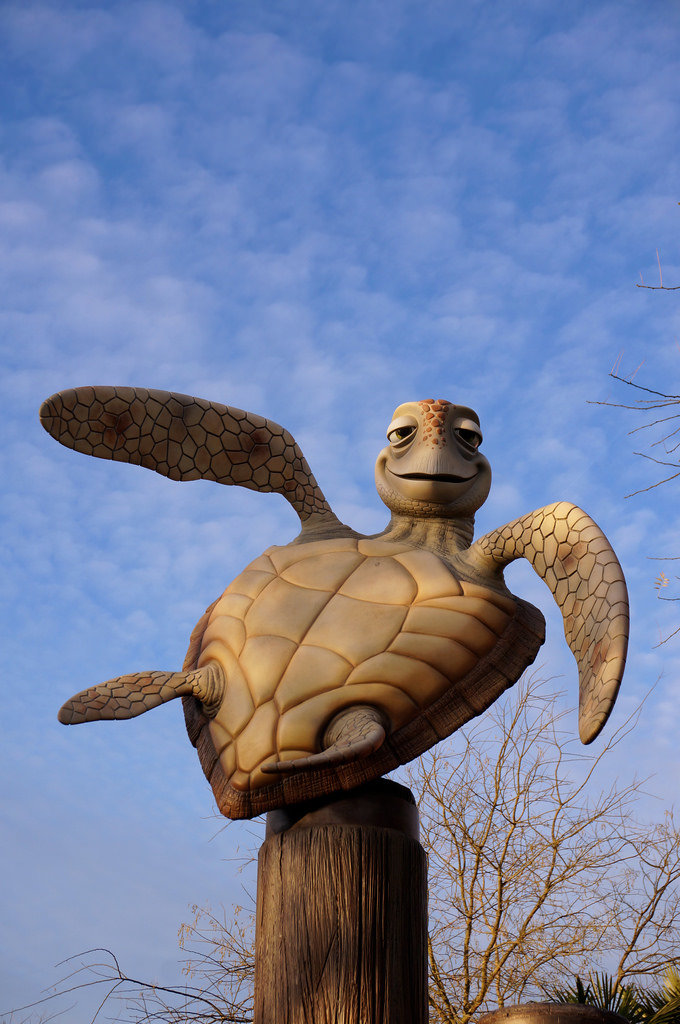 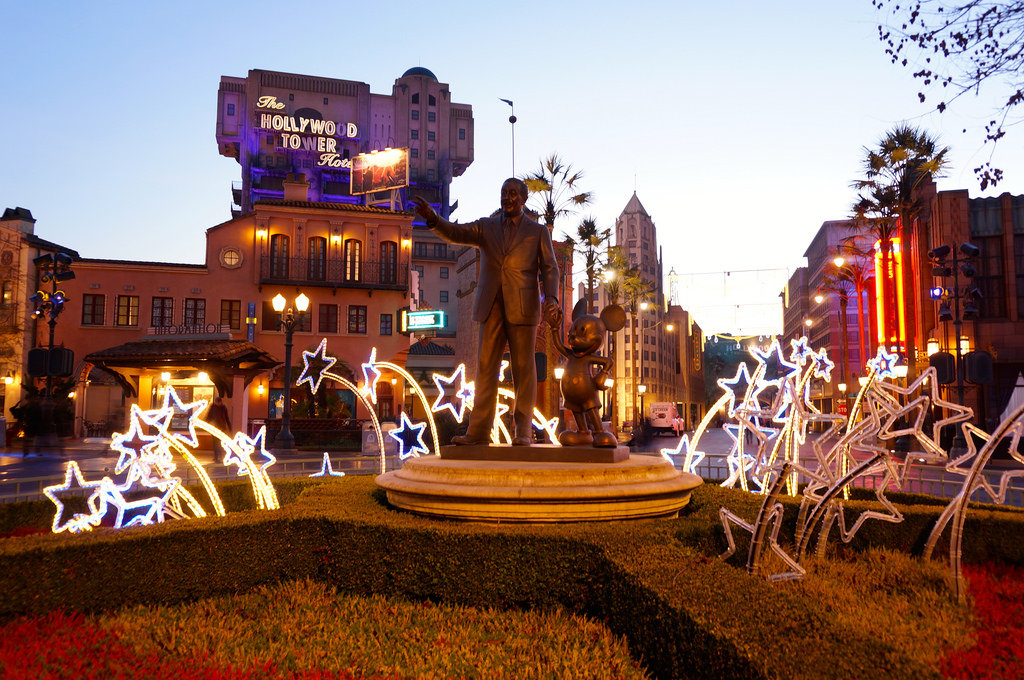 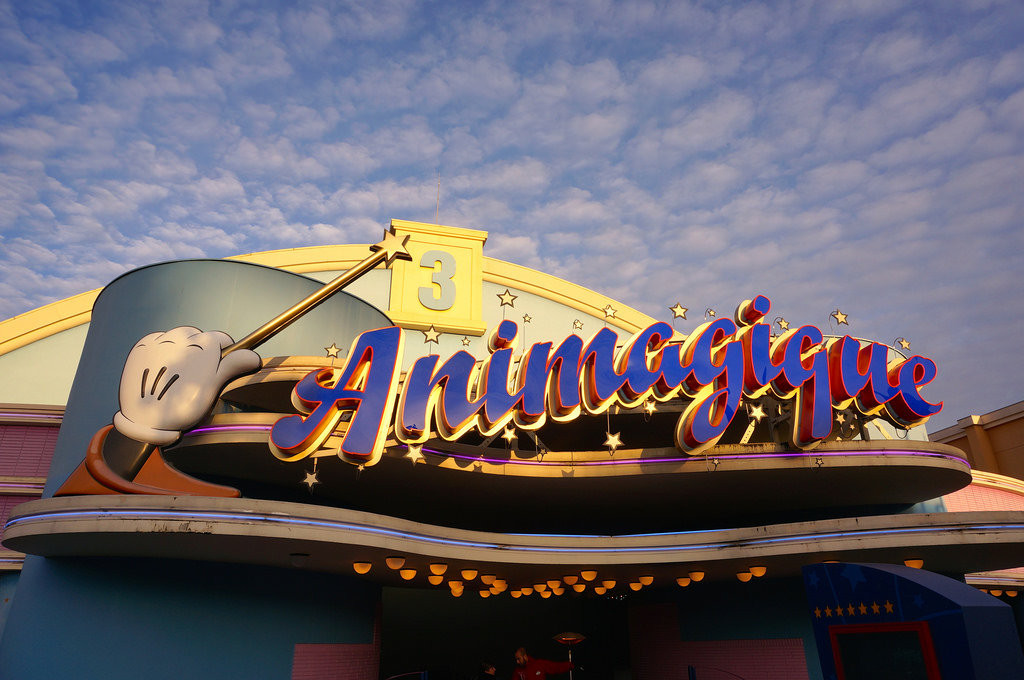 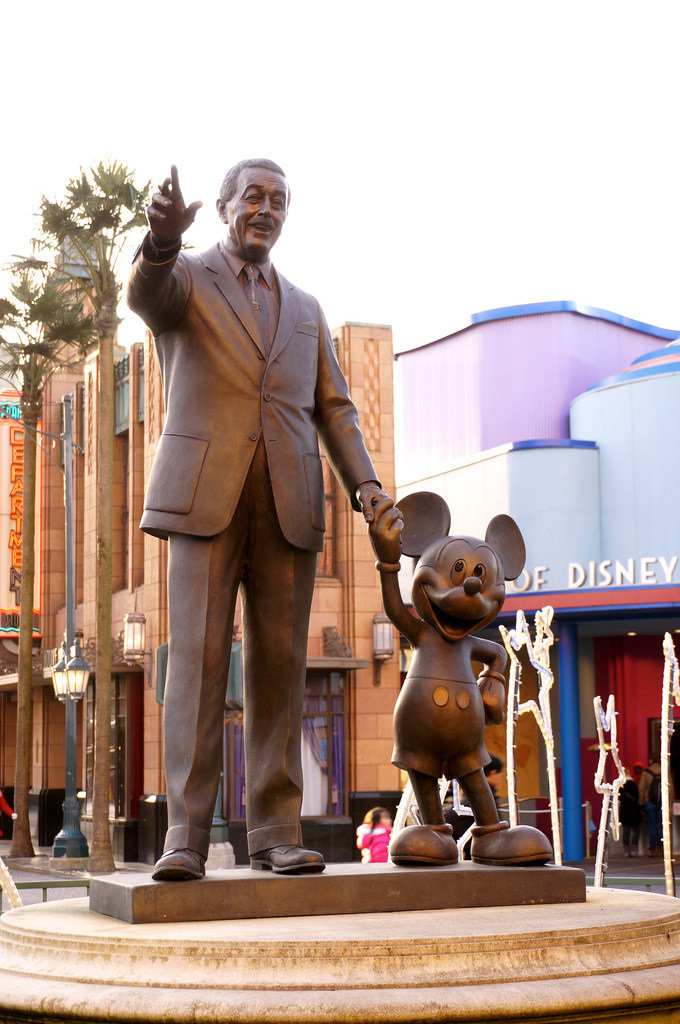