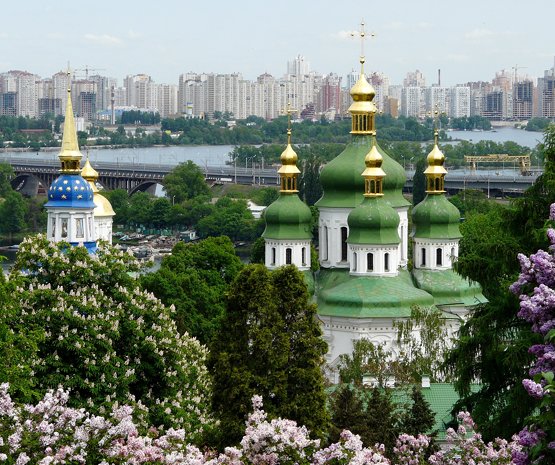 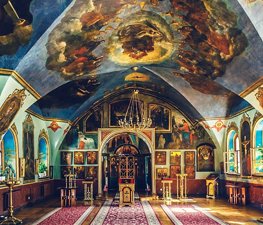 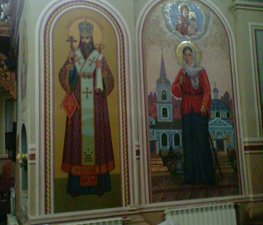 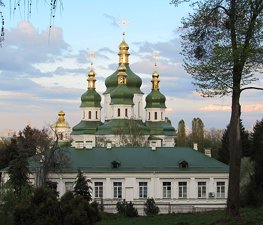 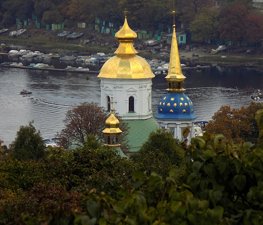 The monastery was established between 1070 and 1077 by Vsevolod, son of Yaroslav the Wise. It was a family cloister of Vsevolod's son Vladimir Monomakh and his descendants.

The monastery, and the neighbourhood in present-day Kiev where it is located, was named after an old Slavic legend about the pagan god Perun and the Grand Prince Vladimir the Great of Kiev. The word "Vydubychi" comes from the word Vydobychi → Vydobych → Vydobech (ua. Видобичі → Видобич → Видобеч) which means "to swim up", "emerge from water".

The legend has it that Vladimir ordered the wooden figures of Perun (the Thunder God) and other pagan gods dumped into the Dnieper River during the mass Baptism of Kiev. The disheartened Kievans, though accepting the baptism, ran along the Dnieper River calling for the old gods to emerge from water (Перуне выдуби!). Accordingly, the area down the river stream where Perun emerged was named Vydubichu or Vydubychi in modern Ukrainian.

The monastery operated the ferry across the Dnieper River and many of the best scholars of that time lived and worked there. Among them, chroniclers Sylvestr of Kiev and Moisey made a great contribution to writing the Story of Bygone Days.

From the 1596 Union of Brest the Monastery was an official seat of the first three metropolitans of the Greek Catholic Church in Ukraine - Mykhailo Rohozha, Ipatii Potii and Yosyf Rutskyi. In 1635 it was returned to the Ukrainian Orthodox Church.

The monastery was continuously protected by Ukraine's hetmans and aristocratic families. Hetman Ivan Mazepa in 1695 forbade the Vydubytskyi Monastery's neighbors to "do injustice to the monastery" and placed it under the guard of Starodub Regiment Col. Mykhailo Myklashevskyi, who established the Baroque-style Church of St. George and new Transfiguration Refectory. Hetman Danylo Apostol subsidised construction of the monastery's bell tower. In 18th century the help of Hetman Kyrylo Rozumovsky's ensured the new properties for the Vydubychi.

Only a few churches of this monastery have survived over the centuries. One of these is the Collegiate Church of Saint Michael, which was built on behest of Vsevolod I and partly reconstructed between 1766 and 1769 by architect M. I. Yurasov. The Ukrainian baroque structures include the magnificent 5-domed St George Cathedral, Saviour Church, and refectory, all dating from 1696-1701. A belltower, commissioned by the Hetman Danylo Apostol, was erected in 1727-33 and built up in 1827-31.

Many distinguished individuals are buried there, including:

Since the late 1990s, the monastery is administered by the Ukrainian Orthodox Church - Kiev Patriarchate 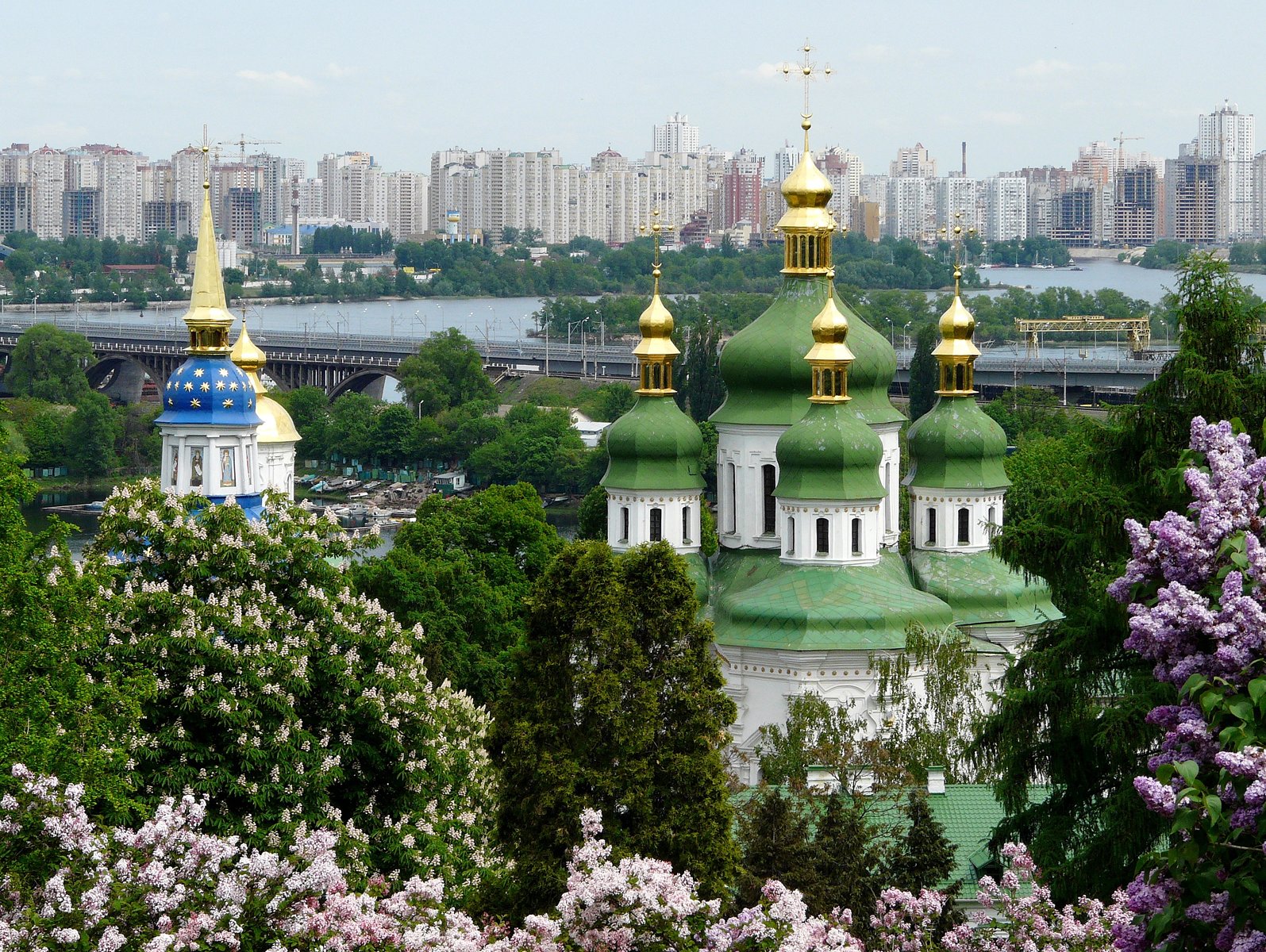 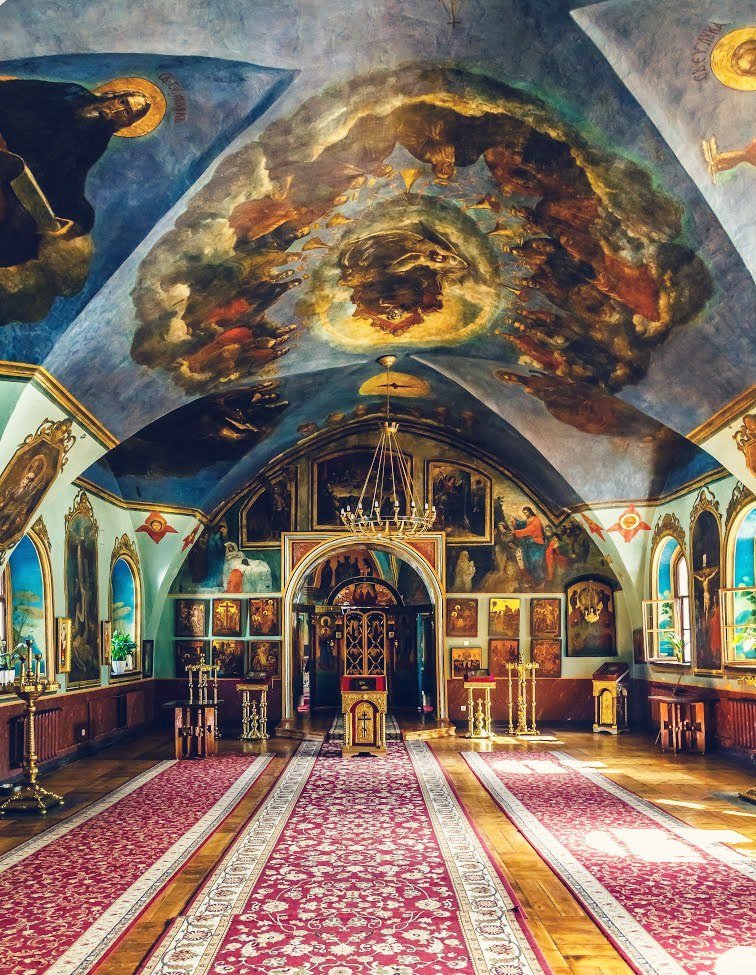 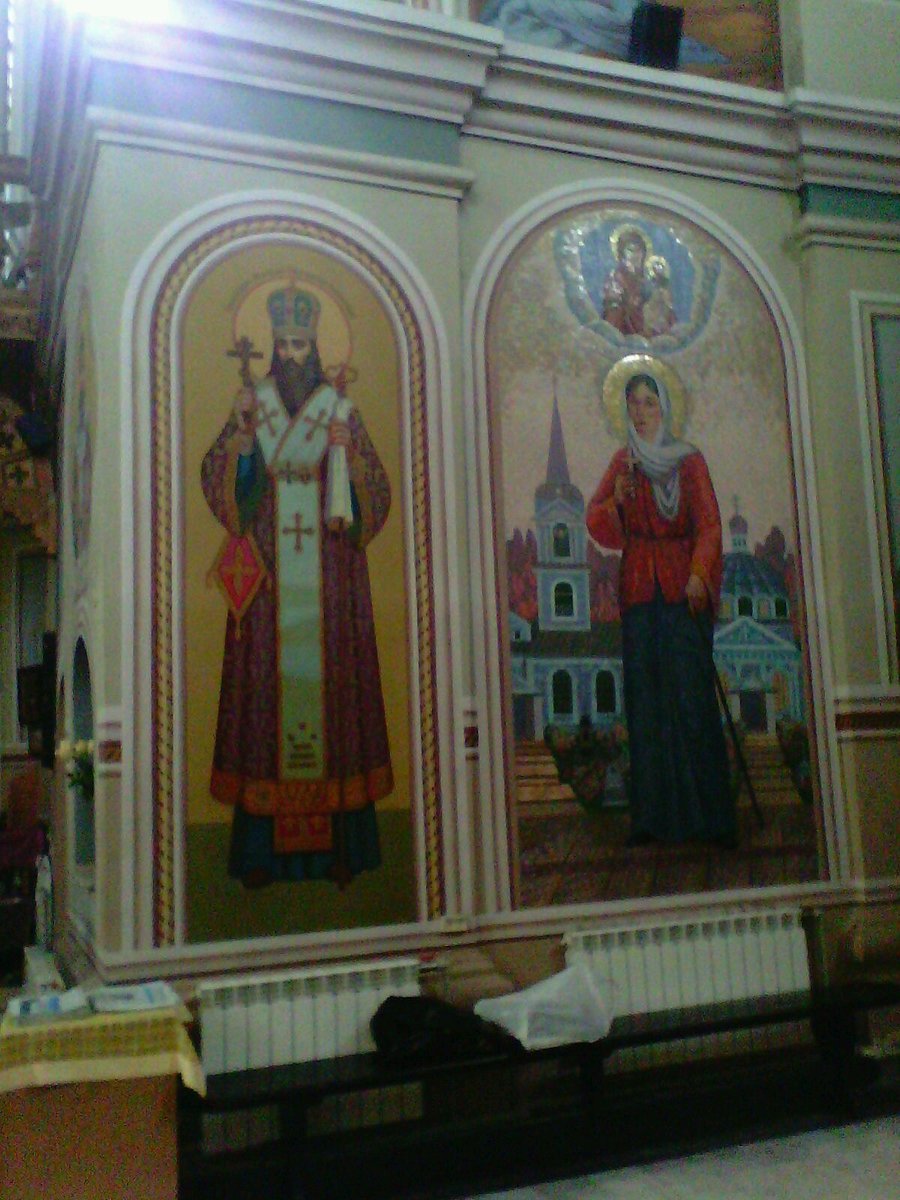 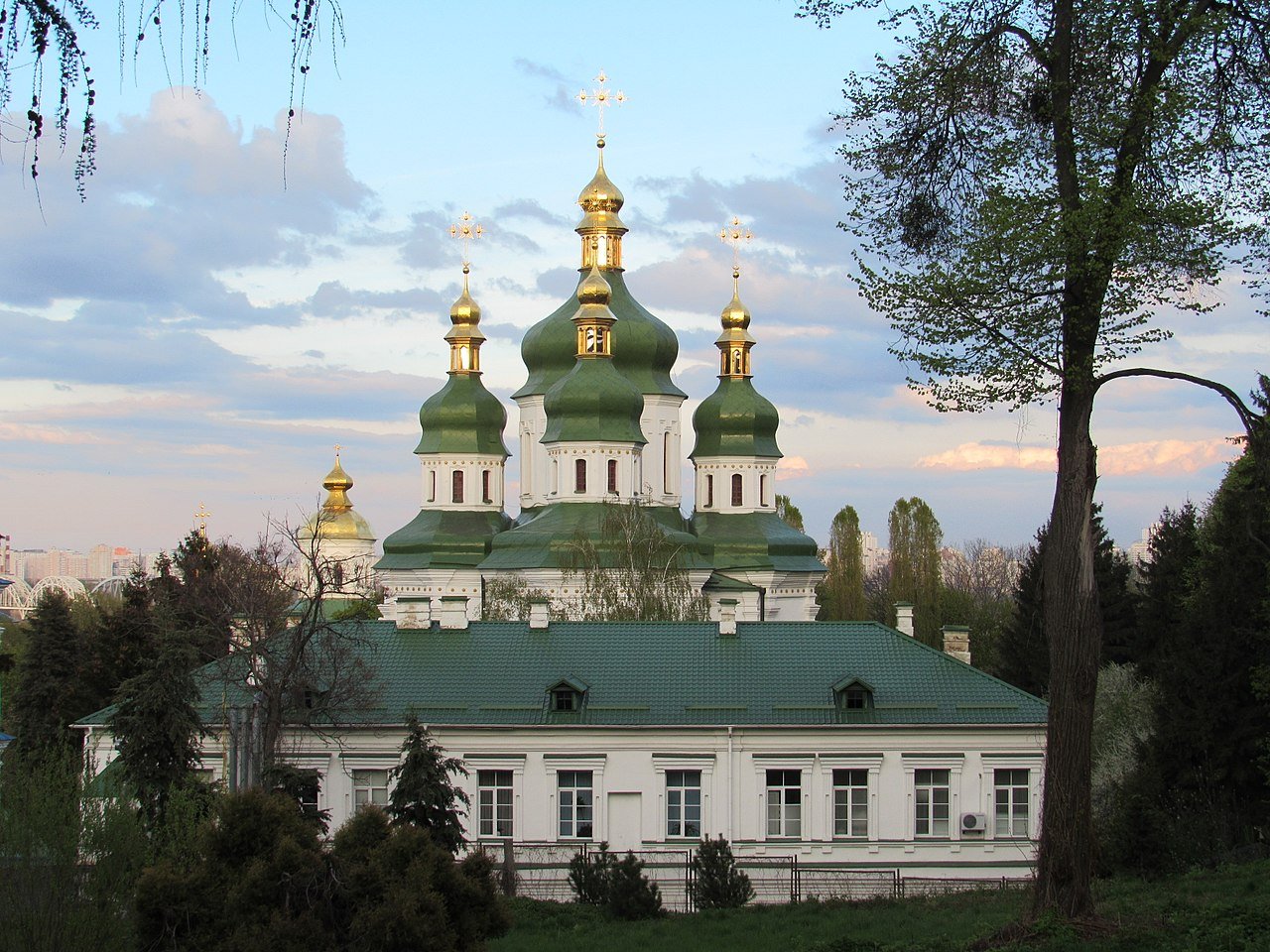 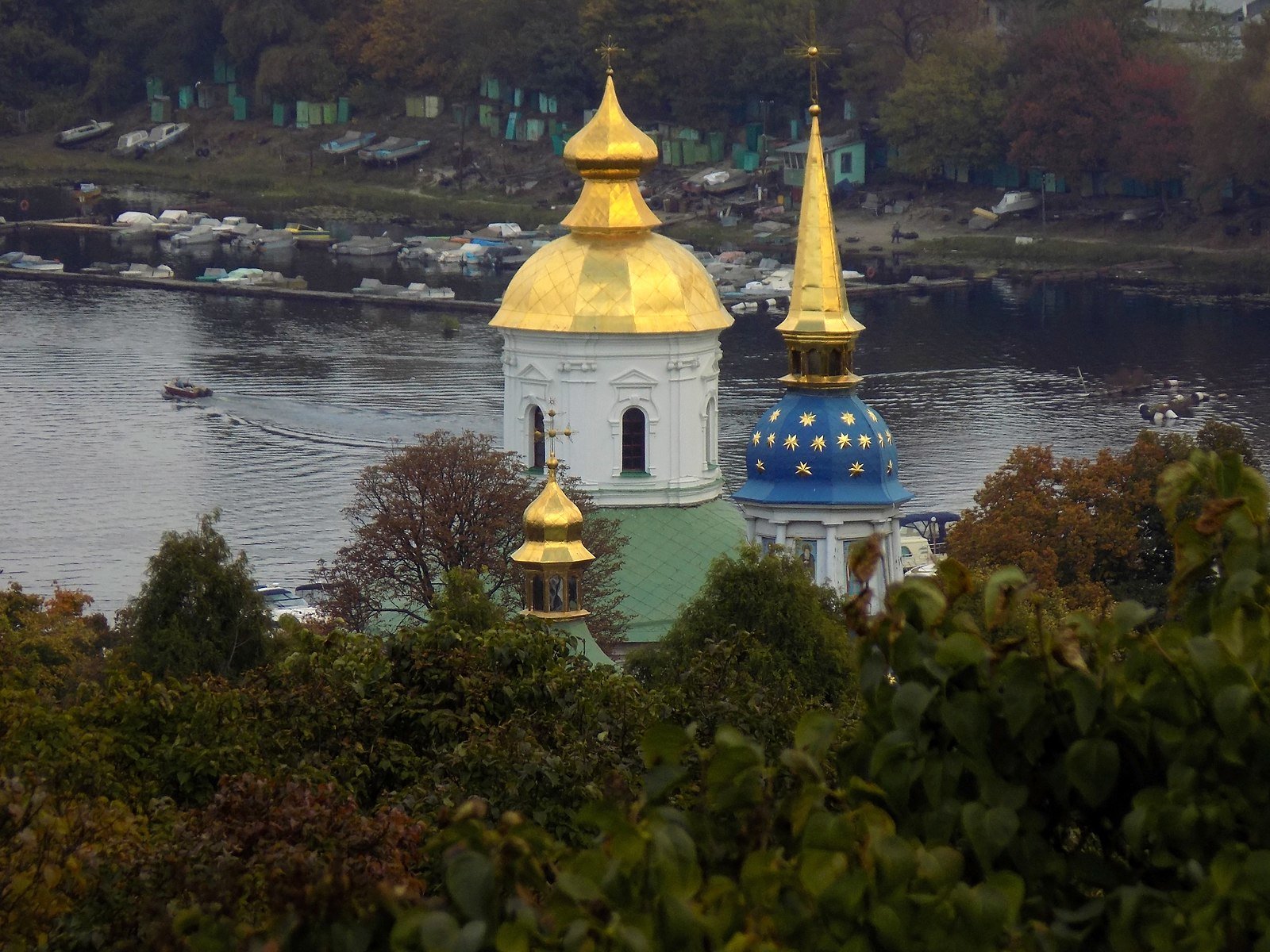 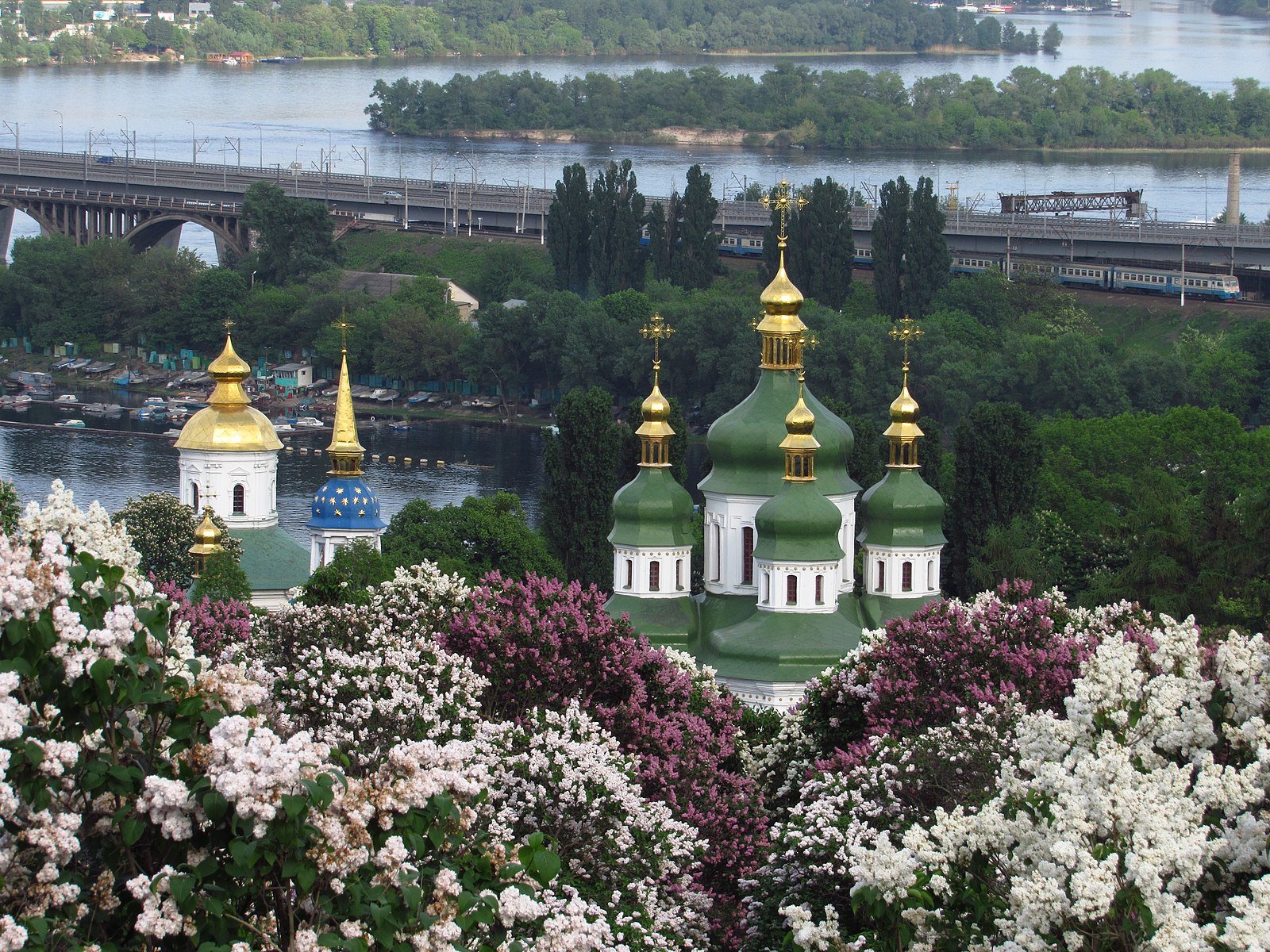 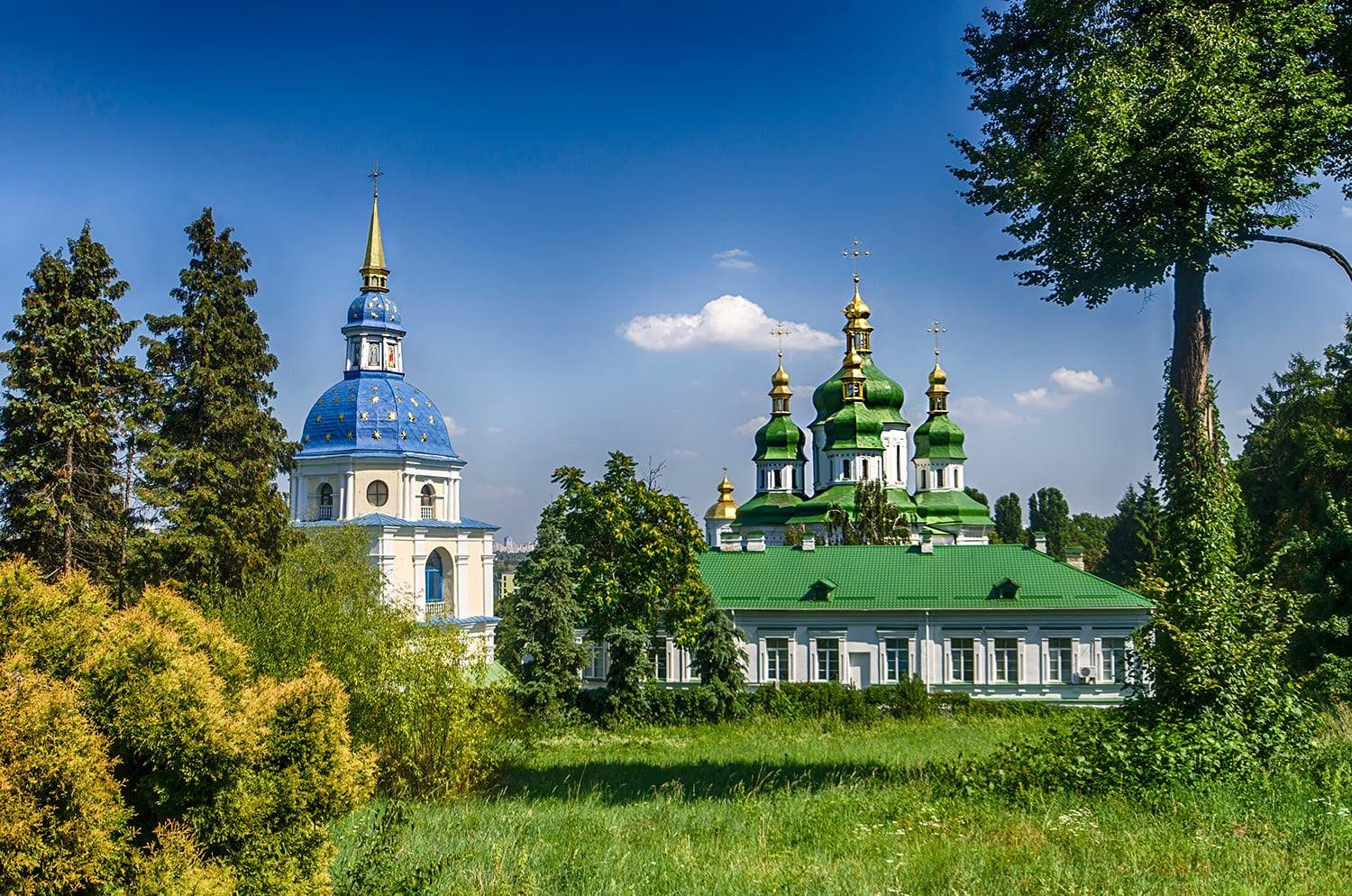 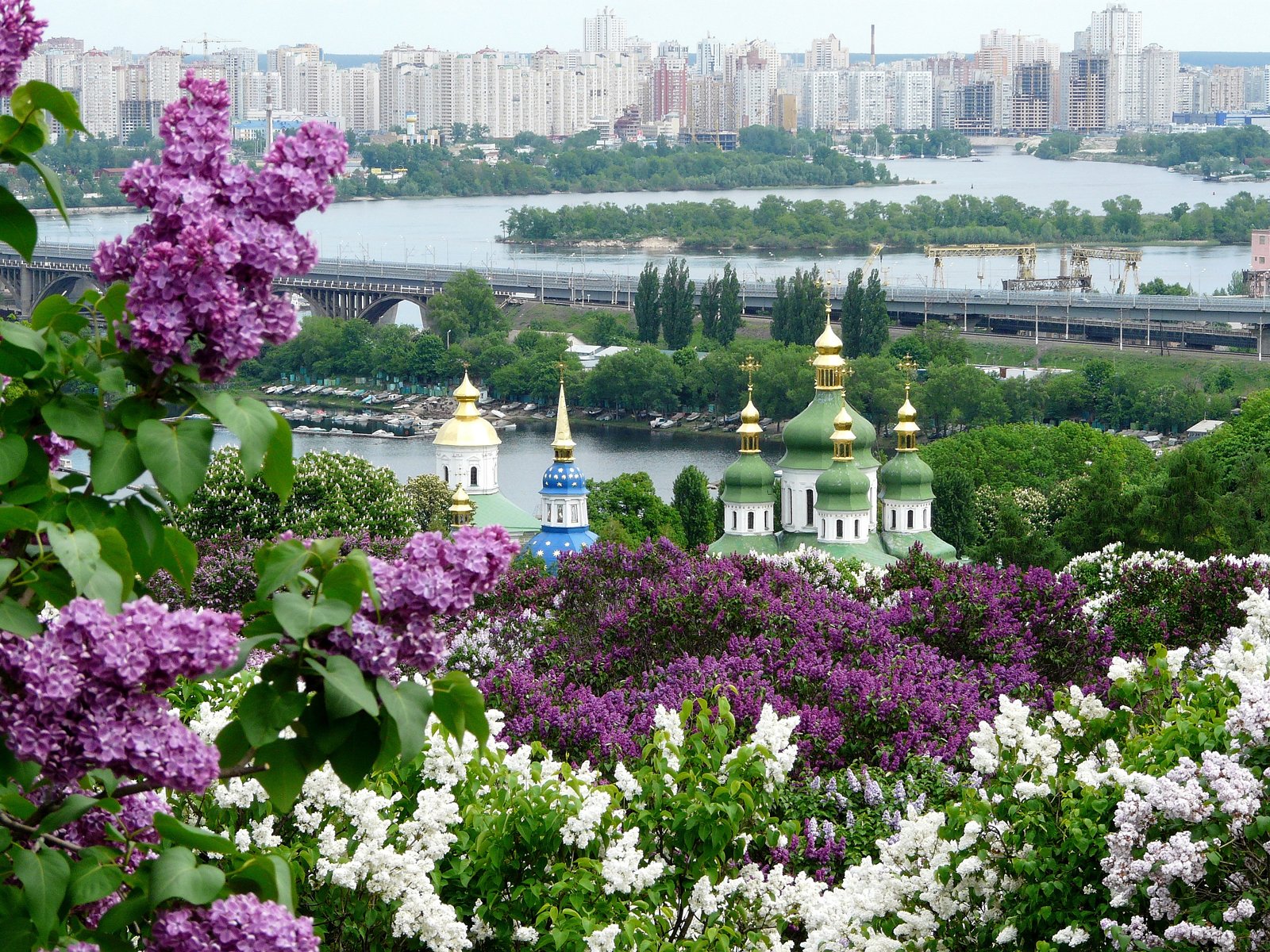 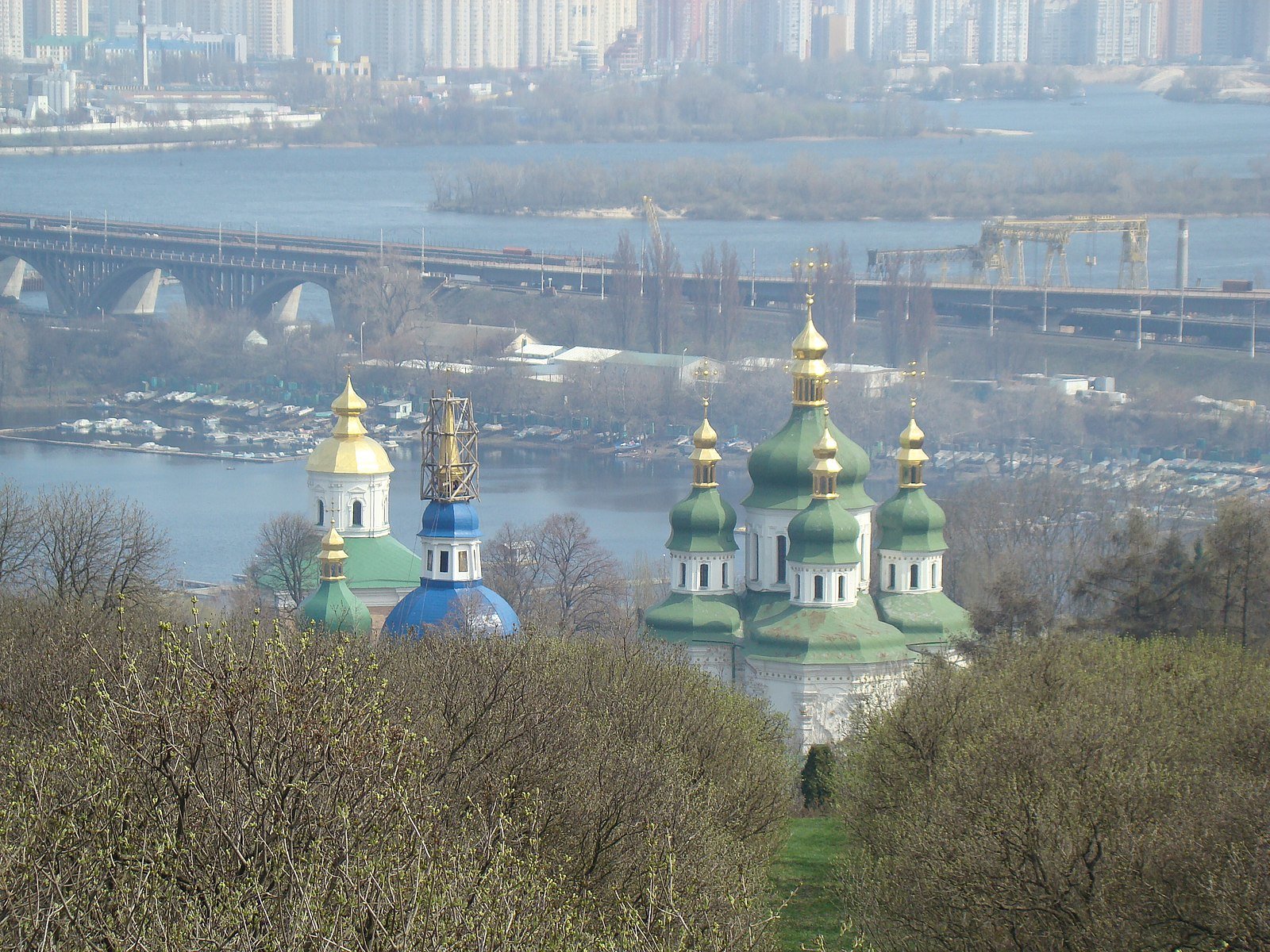 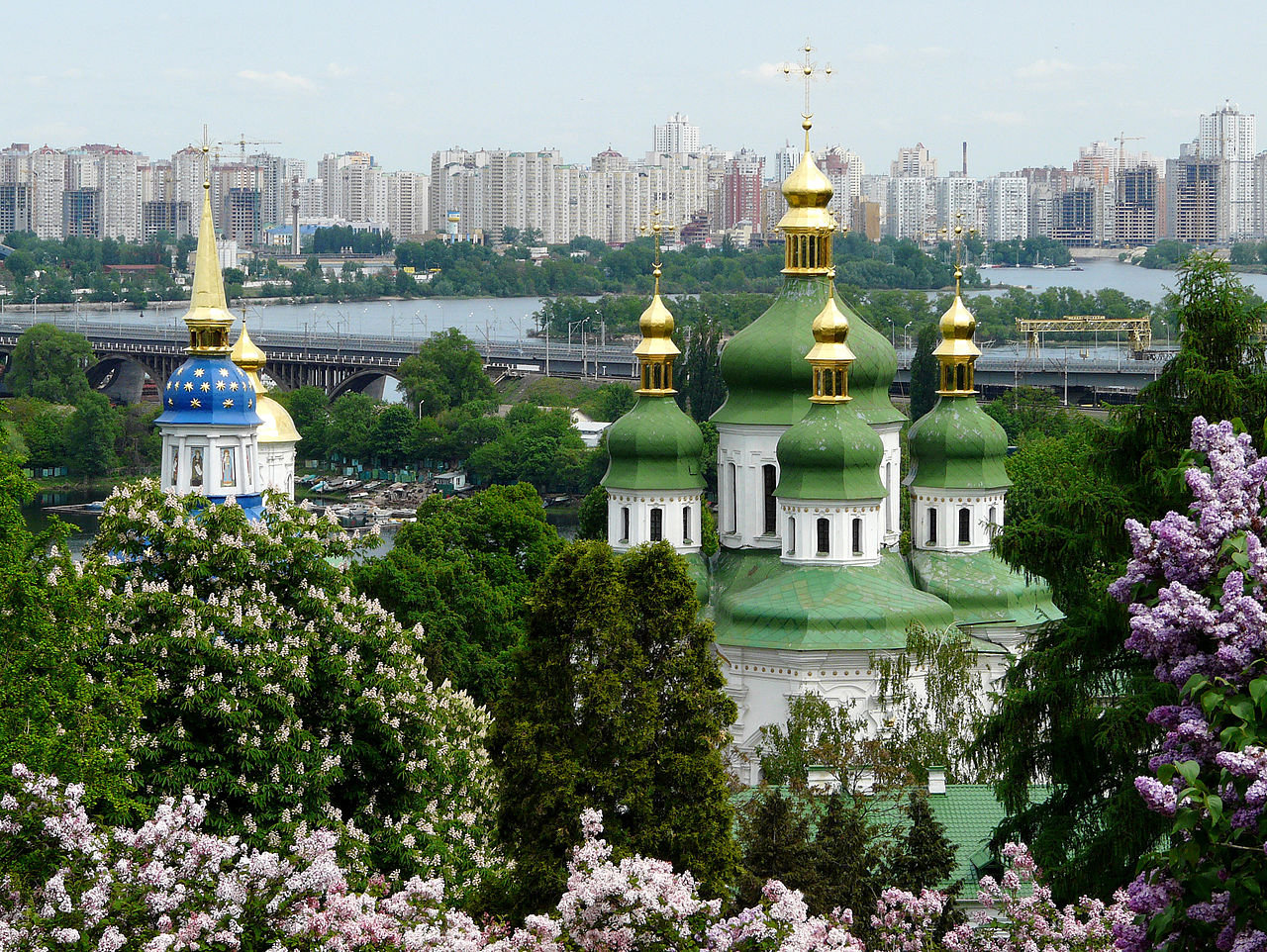 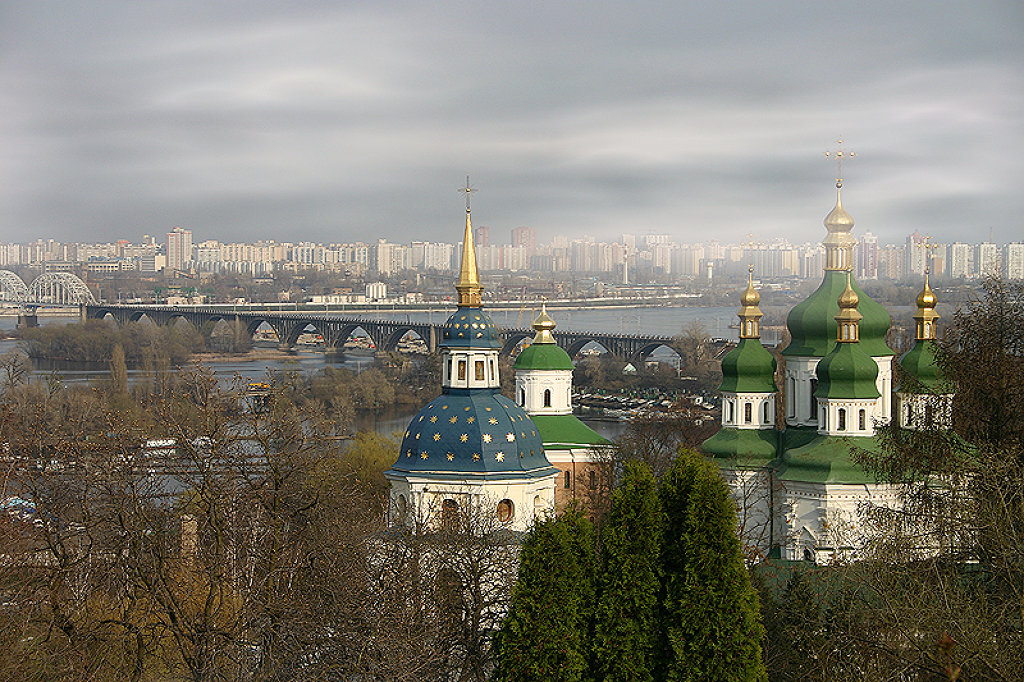 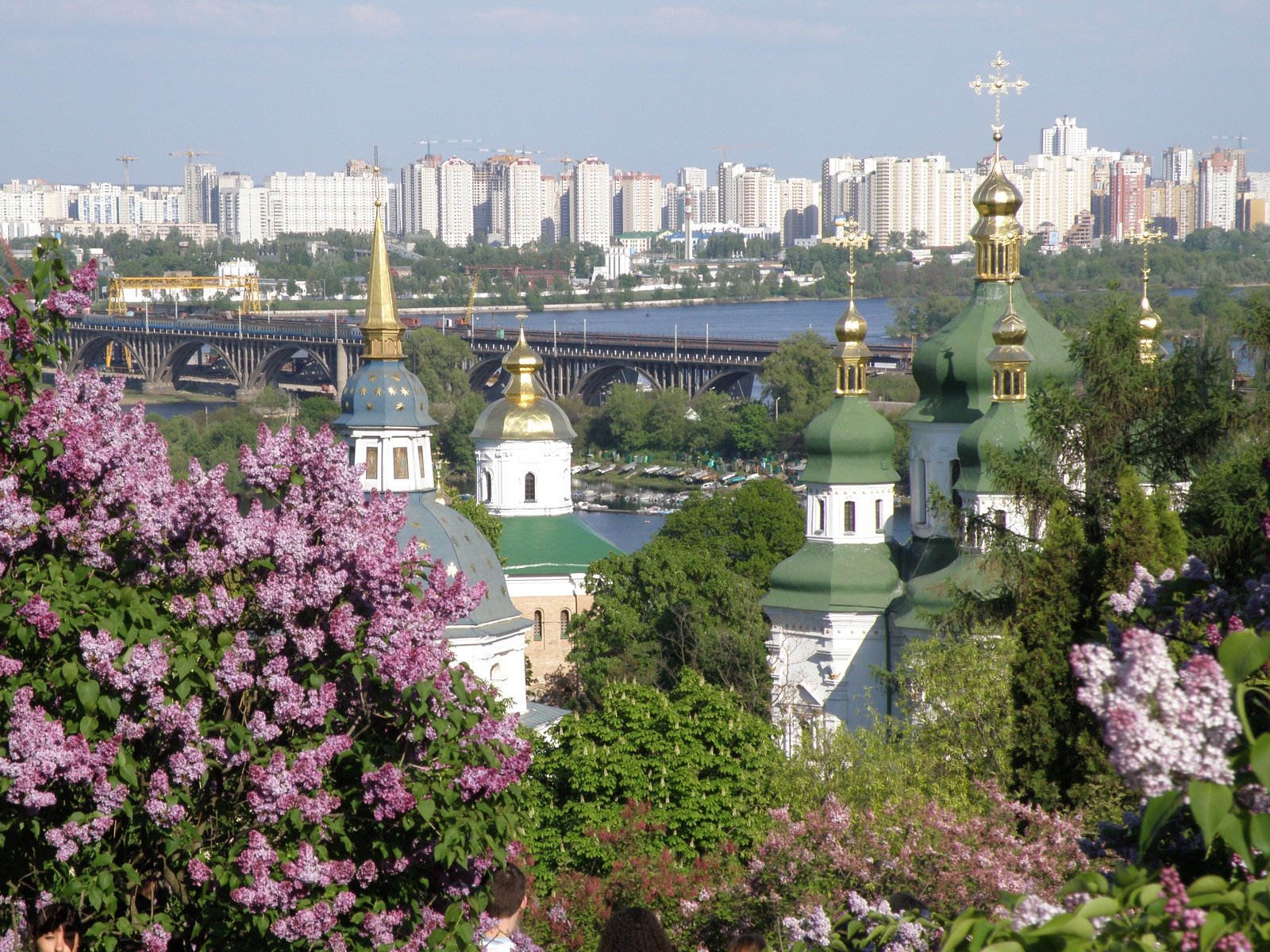 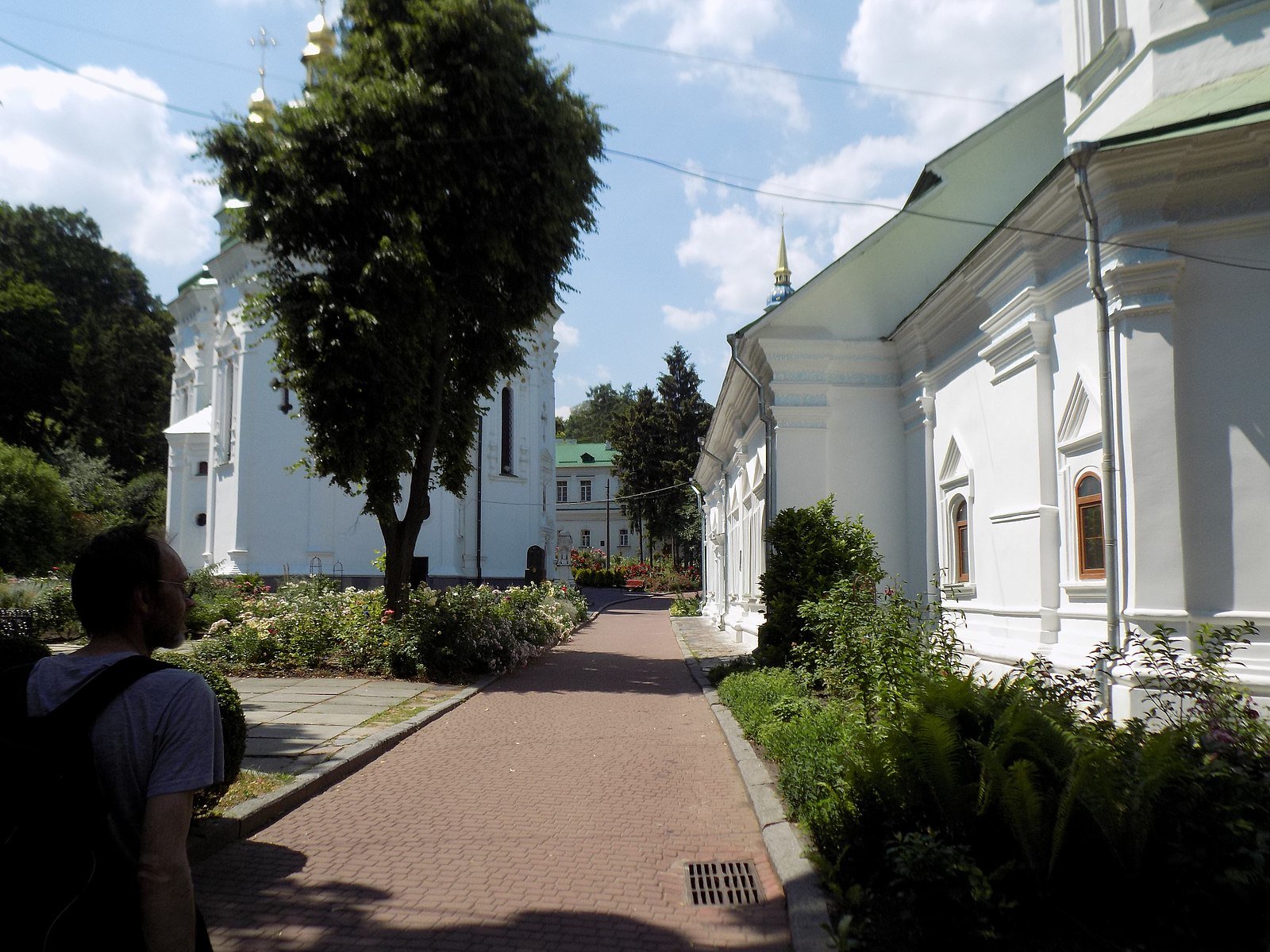 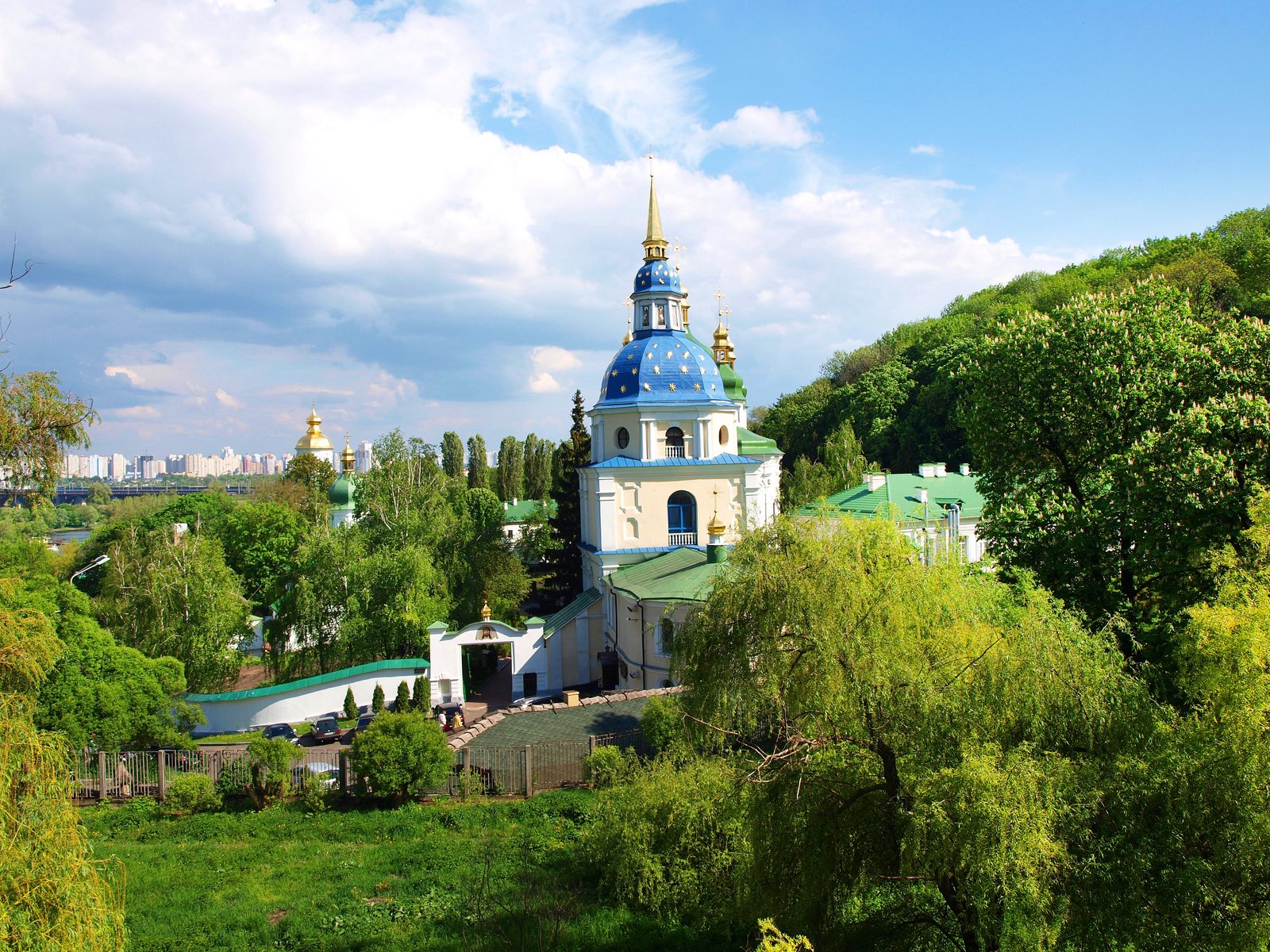 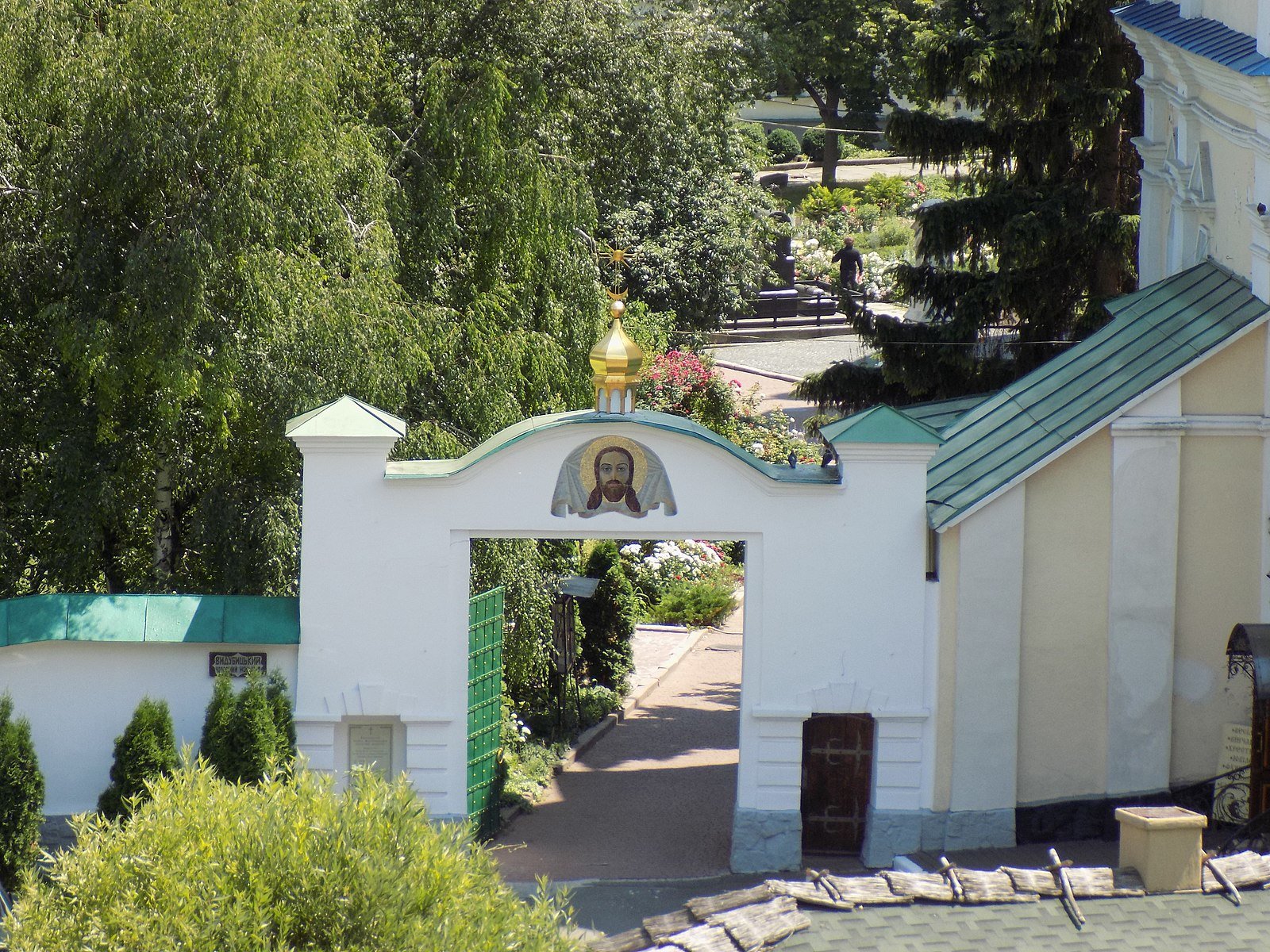 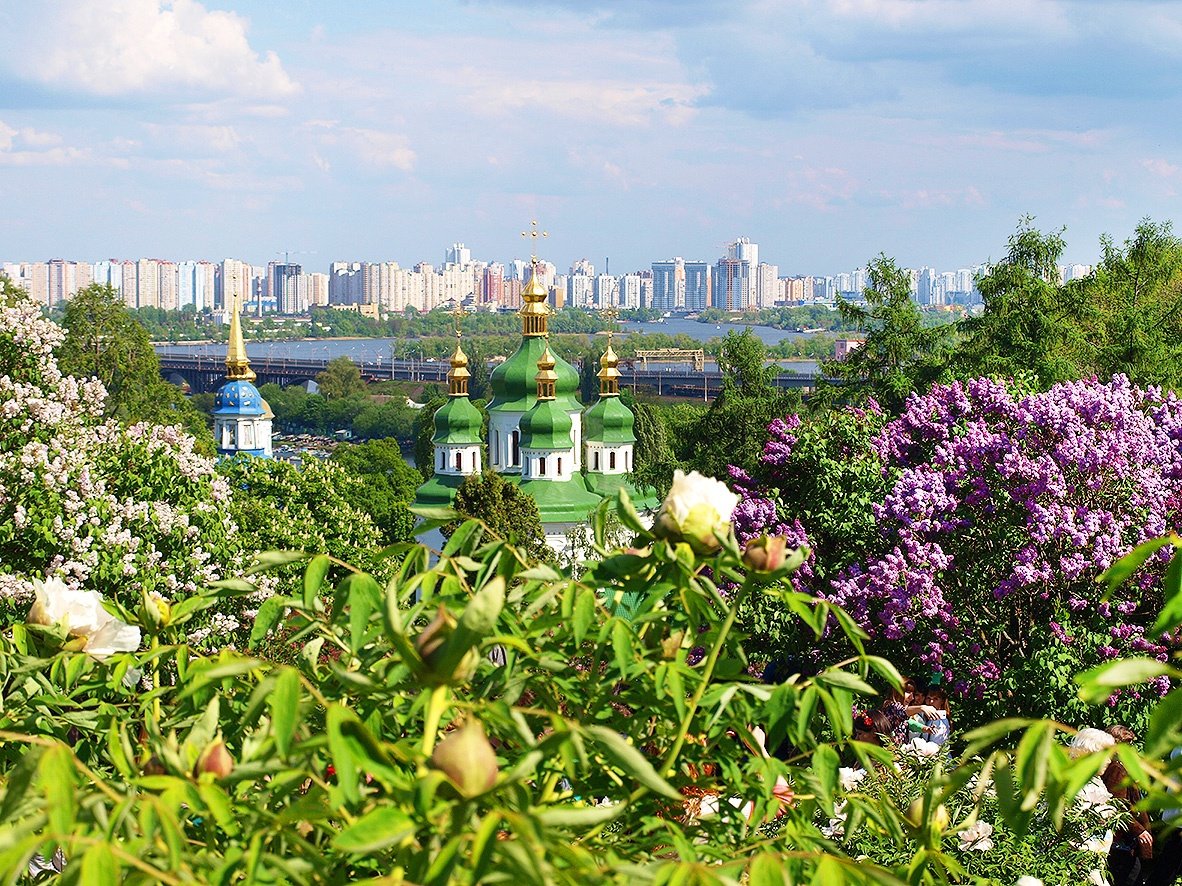 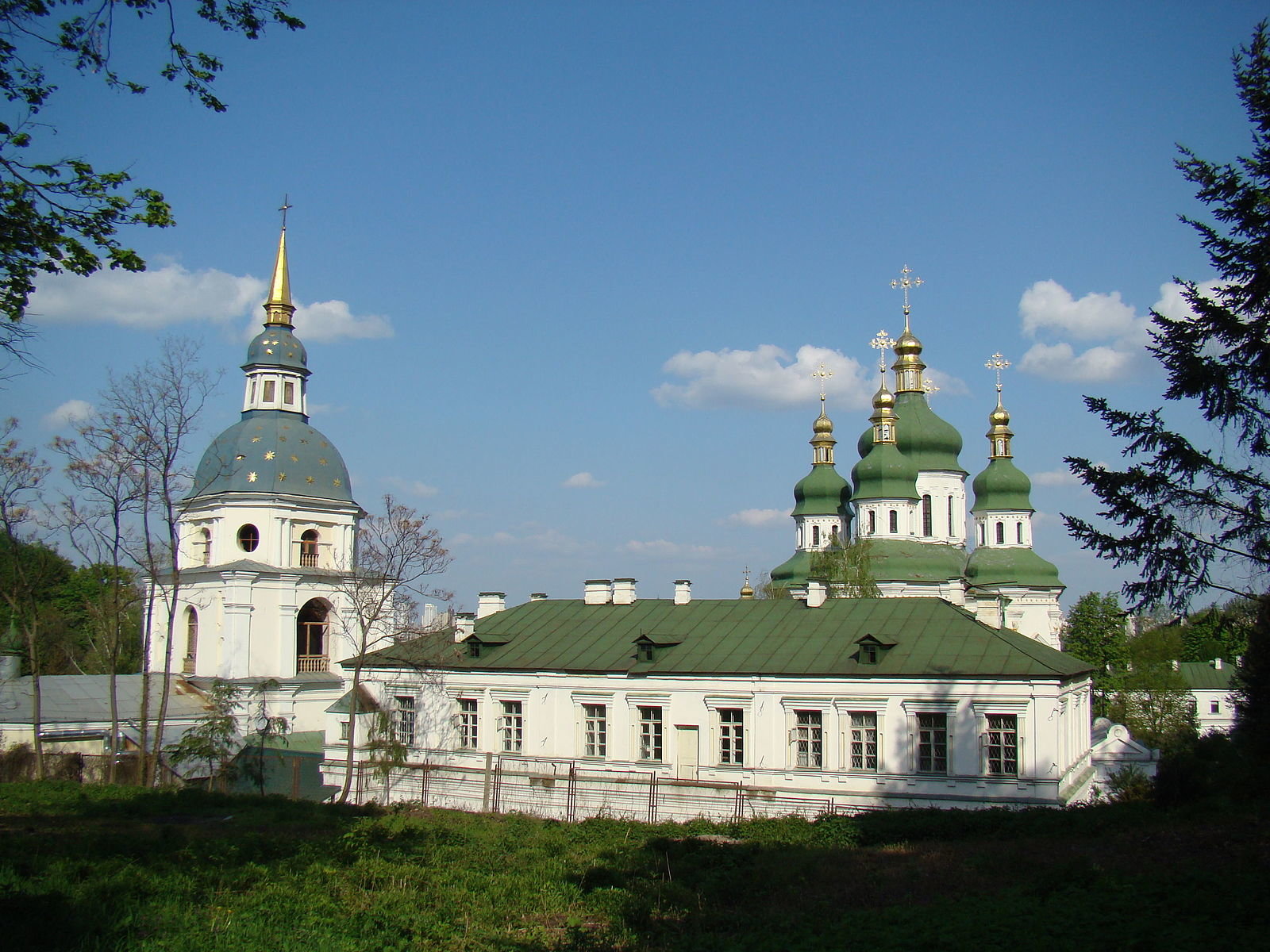 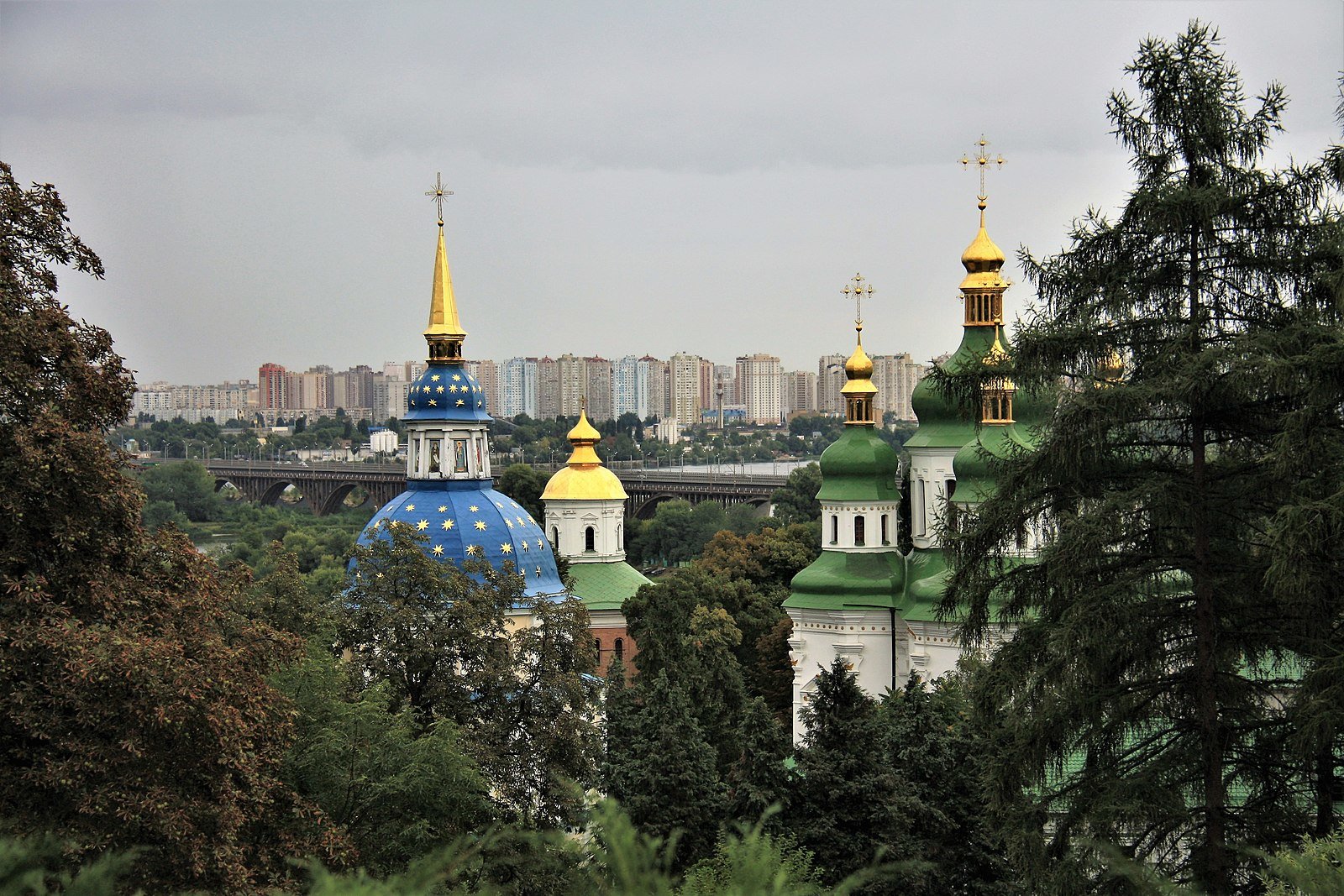 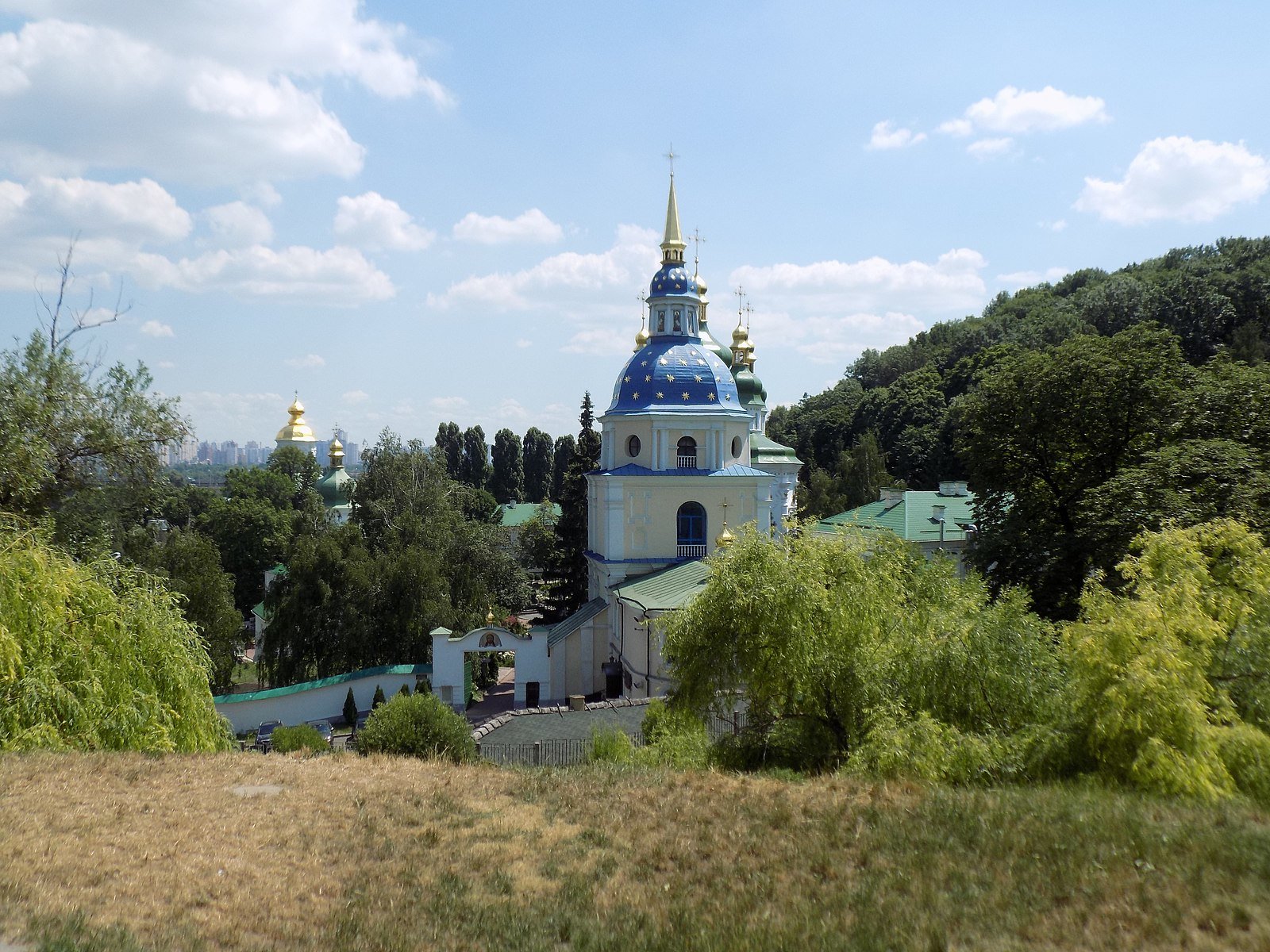 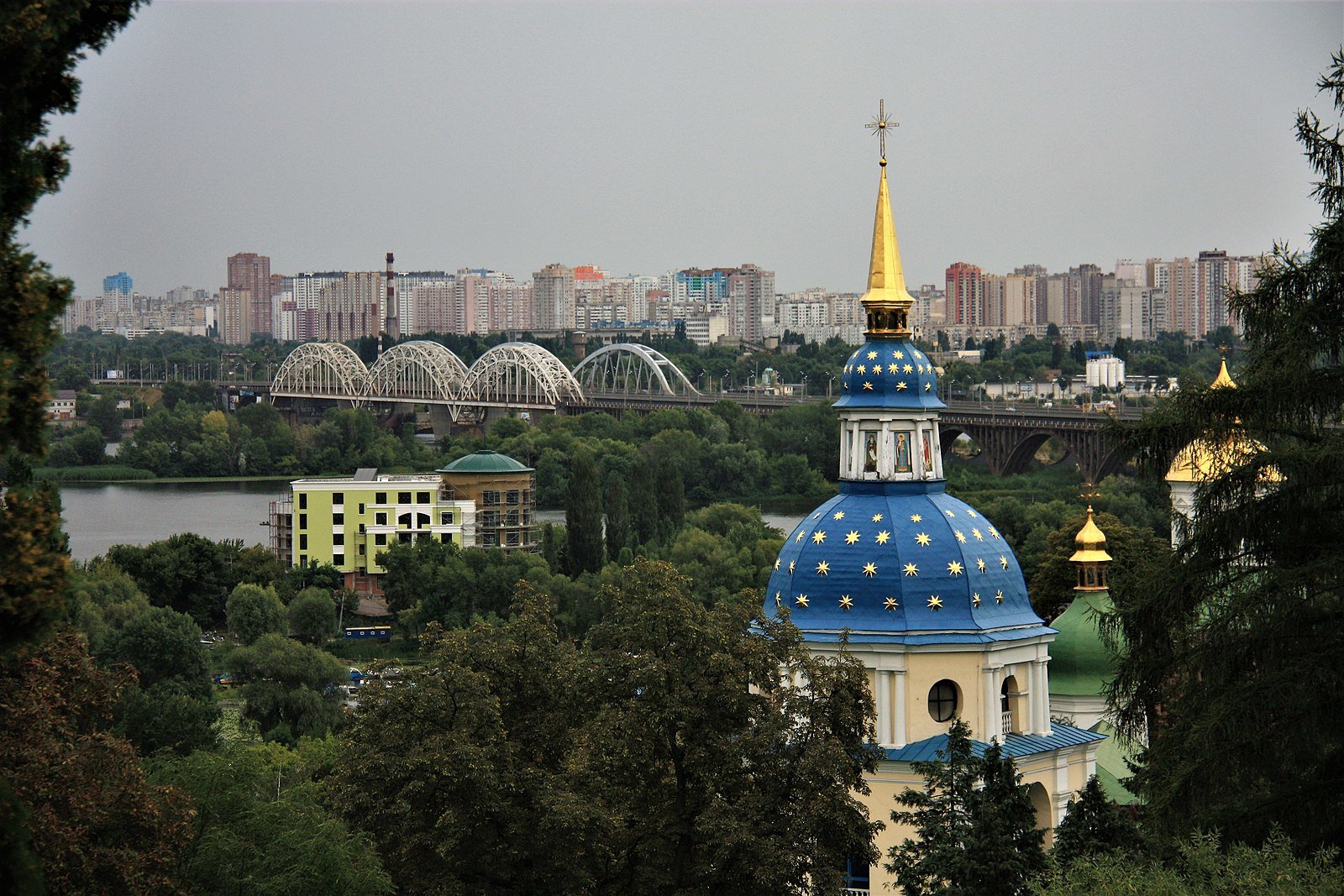 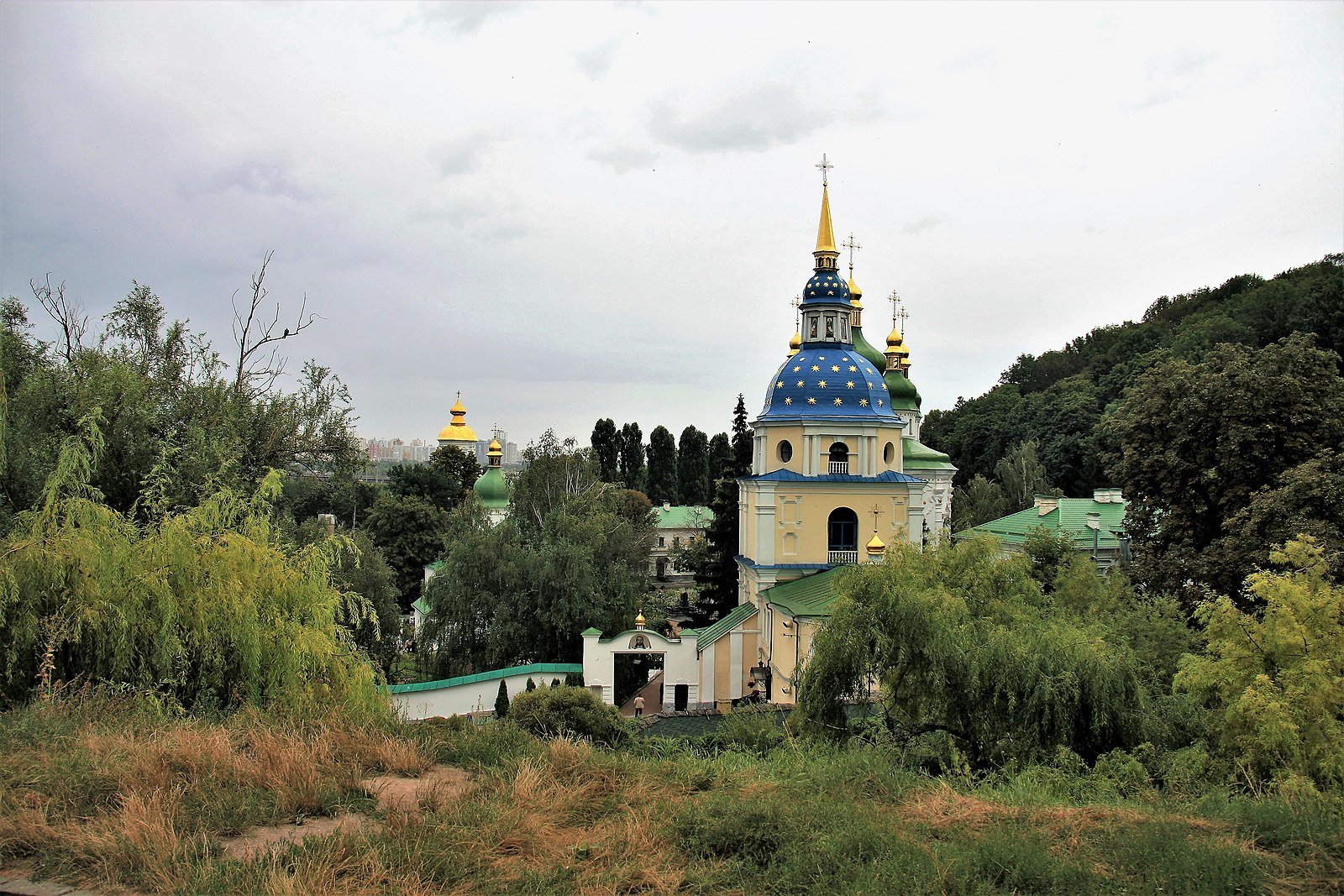