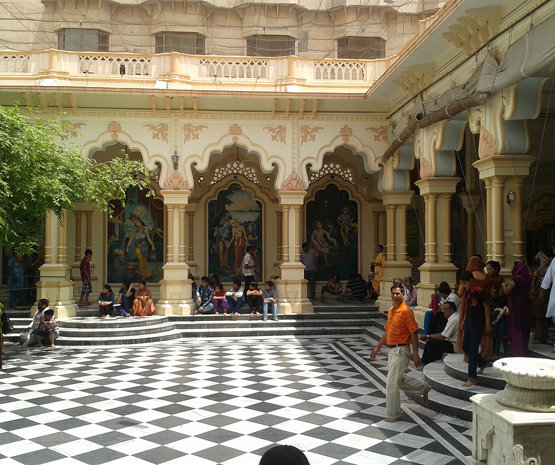 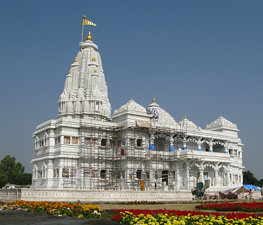 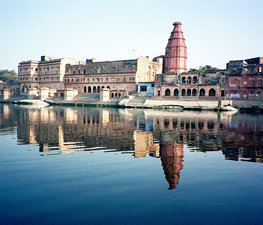 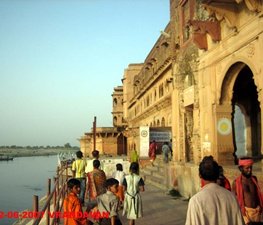 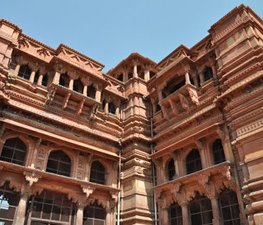 Vrindavan Шаблон:Audio (alternate spellings Vrindaban or Brindavan or Brundavan), or Vraj in Mathura district, Uttar Pradesh, India is a town on the site of an ancient forest which is the region where Lord Krishna, the supreme personality of godhead spent his childhood days. It lies in the Braj region.

It is about 15km away from Mathura city (Lord Krishna's birthplace), near the Agra-Delhi highway. The town includes many hundreds of temples dedicated to the worship of Radha and Krishna.

While in the past, Vrindavan was the most beautiful of forests in the whole of India (Kalidas) in the last 250 years it has been subjected to urbanization first by local Rajas and in recent decades by apartment developers. At present the number of trees in the area are meagre and the local wildlife, including peacocks, cows, monkeys and a variety of bird species have mostly been eliminated or are close to it. A few peacocks and monkeys are freely found but cows are now mostly found in the gosalas of the Major Ashrams of Vrindavan.

river.]] The ancient name of the city, 'Brindaban' is after its ancient groves of 'Brinda' Ocimum tenuiflorum or Tulsi with ban meaning a grove or a forest . Two small groves still exist Nidhivan and Seva kunj

Vrindavan has always remained as a part of the Hindu folklore, and an important Hindu pigrimage, in 1901 it had a population of 22,717 and one of its oldest surviving temples is the Govind Deo temple, built in 1590, the modern town is said to have been founded earlier, in the same century .

Шаблон:Main Vrindavan is often considered to be a holy place by all traditions of Hinduism. The major tradition followed in this place is Vaisnavisisim; and is a center of learning with many Ashrams functioning from Vrindavan. Its a center of Krishna worship and the area is including places like Govardhana and Gokul that are associated with Krishna from the time immemorial. Many millions of bhaktas or devotees of Radha Krishna visit these paces of pilgrimage every year and participate in a number of festivals that relate to the scenes from Krishna's life on Earth.

According to tradition and recorded evidence, Krishna was raised in the cowherding village of Gokul by his foster parents Nanda Maharaj and Yasoda. The Bhagavata Purana describes Krishna's early childhood pastimes in Vrindavan forest wherein he, his brother Balarama, and his cowherd friends stole butter, engaged in childhood pranks and fought with demons. Along with these activities, Krishna is also described as meeting and dancing with the local girls of Vrindavan village (and especially Radharani) who were known as gopis. These pastimes were the source of inspiration for the famous Sanskrit poem, Gita Govinda, by the Orissan poet, Jayadeva (c. 1200 AD).

The most popular temples include:

The Seva Kunj is where Lord Krishna once performed the Raaslila with Radha-Rani and the gopis and Nidhi Van where the divine couple rested. The samadhi of Swami Haridas, the guru of Tansen, is situated here. Every year, in his honour, Swami Haridas Sammelan is organized, in which all renowned musicians of India take part.

Another famous temple of Sri Vrindavan is Sri Kathia Baba Ka Sthan" at Gurukul Road [1], the mahanta of which is entitled as "brajobidehi mahanta" and the acharya of Swabhuram Dwara of Nimbarka sect, Sri Swami Rash Behari Das Kathia Babaji Maharaj.

Vrindavan is also known as the City of Widows due to the large number of widows who move into the town and surrounding area after losing their husbands. According to some Hindu traditions, upper-caste widows may not remarry, so many of those abandoned by their families on the death of their husband make their way here. There are an estimated 15,000 to 20,000 widows living on the streets, many of whom have spent over 30 years there. In exchange for singing bhajan hymns for 7-8 hours in bhajanashrams, women are given a cup of rice and a pittance of money (around Rs.10), which they try to supplement by begging on the streets or in some instances, even through prostitution. An organization called Guild of Service was formed to assist these deprived women and children. In 2000 the organization opened Amar Bari (My Home), a refuge for 120 Vrindavan widows, and a second shelter for 500 widows is expected to open.

Jitendra S
The Ultimate place that's a symbol of Goddess Radha's love for Lord Krishna n various stories of them, historic too. A city of temples, officially has more than 5500 temples. U'll hear Radhe Radhe :-)

Ankit Mathur
Mor Bhavan is a good place to stay. Its decent and in budget too. Ask the Car parking caretakers for the way if you don't know. Helpful people they are

Gayle Lawrence
I personally don't like to go on Friday because they only have the Ekadashi fasting menu. Every other day is great!

Aditya Gupta
Do visit Banke Bihari Temple, Prem Mandir, Iskon Temple, Ranganathan Mandir and few more places but beware of Panda/Pandits. They will ask you to show 51 temples for Rs. 51 or so. DO NOT HIRE THEM.

The Palatine Hill (Latin: Collis Palatium or Mons Palatinus) is the 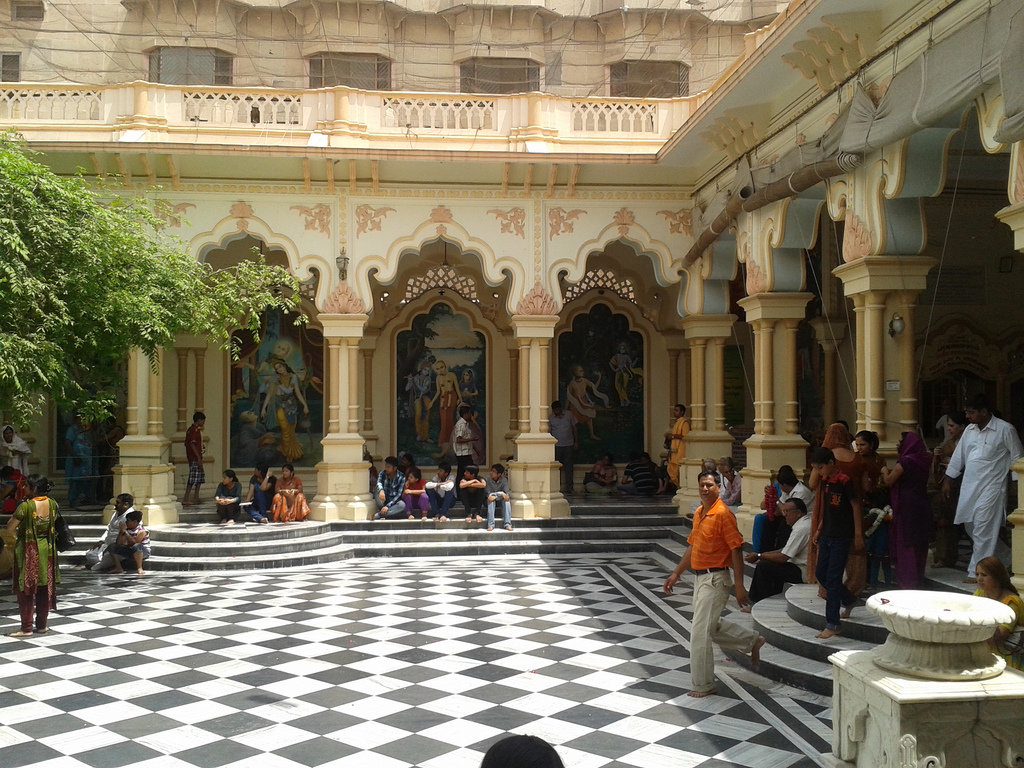 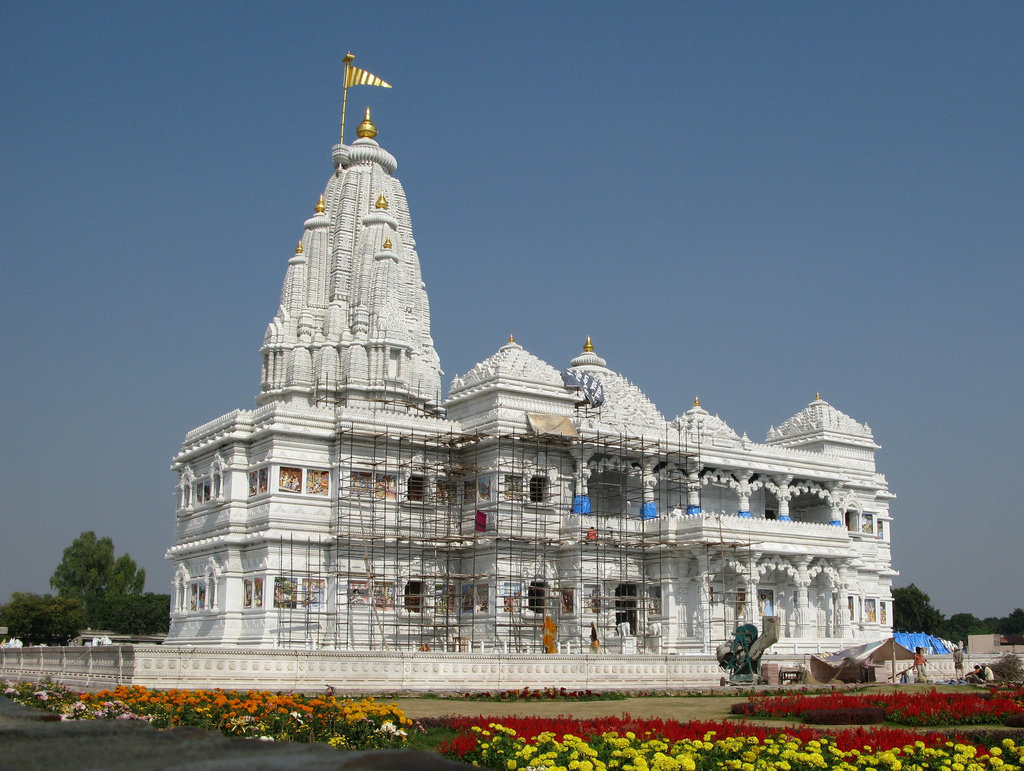 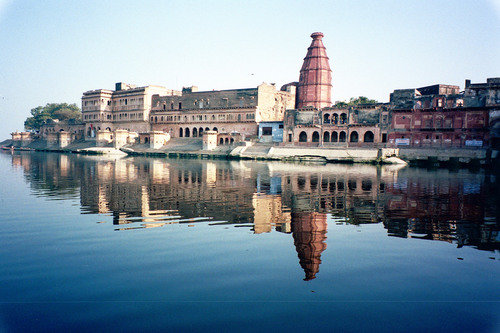 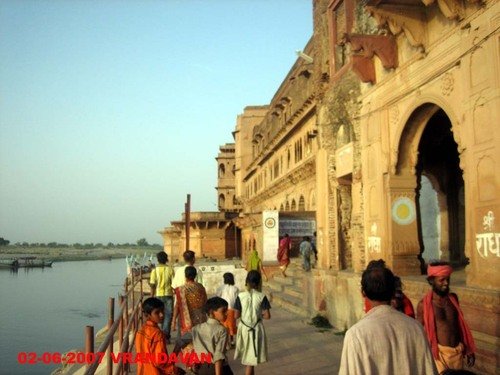 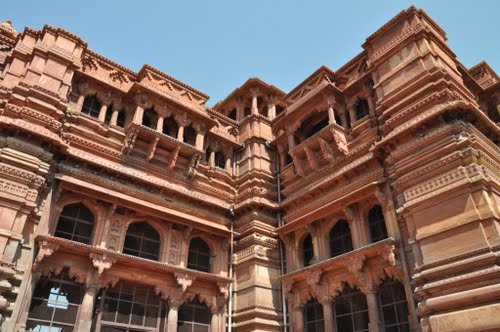