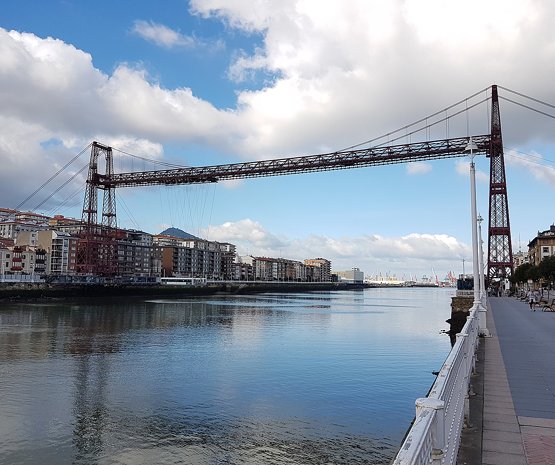 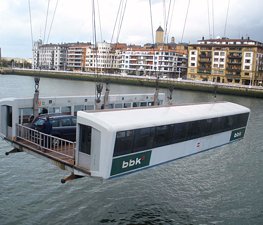 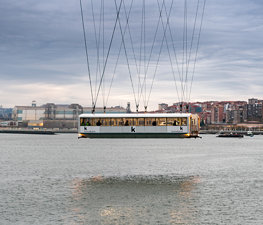 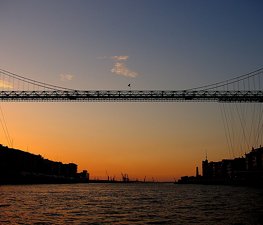 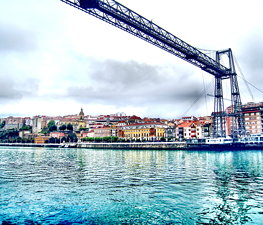 The Vizcaya Bridge (Bizkaiko Zubia in Basque, Puente de Vizcaya in Spanish), is a transporter bridge that links the towns of Portugalete and Las Arenas (part of Getxo) in the Biscay province of Spain, crossing the mouth of the Nervion River.

People in the area, and even the official website, commonly call it the Puente Colgante (literally "hanging bridge", used for suspension bridge in Spanish), although its structure is quite different from a suspension bridge.

It is the world's oldest transporter bridge and was built in 1893, designed by Alberto Palacio, one of Gustave Eiffel's disciples. It was the solution given by the engineer to the problem of connecting the two towns without disrupting the maritime traffic of the Port of Bilbao and without having to build a massive structure with long ramps. The service was only interrupted, for four years, during the Spanish Civil War, when the upper section was dynamited. From his house in Portugalete, Alberto Palacio could see how his master work was partially destroyed just before his own death.

On July 13th of 2006 it was declared a World Heritage Site by UNESCO.

The bridge, still in use, is 164 meters long and its gondola can transport six cars and several dozens of passengers in one minute and a half.

It operates every 8 minutes, 24 hours a day all year round, with different fares depending on the time of day, and is integrated into Bilbao's Creditrans transport system.

There are two new visitors lifts installed in the 50 meter high pillars of the bridge that allow walking over the bridge's platform, from where there is a view of the port and the Abra bay.

Sadz  4 
It is the world's oldest transporter bridge and was built in 1893, designed by Alberto Palacio, one of Gustave Eiffel's disciples. Bilbao's only UNESCO world heritage site!!

Anne H
Amazing bridge near Bilbao. You can cross the river in a little wagon floating over the water for €0.35. Wonderful sight.

Alena Alekhina
Get on the top, watch boats passing by. Better choose some quiet sunny morning.

Playa Oriñon is a tourist attraction, one of the Beaches in

The Acueducto de los Milagros ('Miraculous Aqueduct') is a ruined

Add to wishlist
I've been here
Visited
Stari Most

Stari Most (in Bosnian/Croatian/Serbian Stari most, English

The Pont Saint-Bénezet, also known as the Pont d'Avignon, is a famous 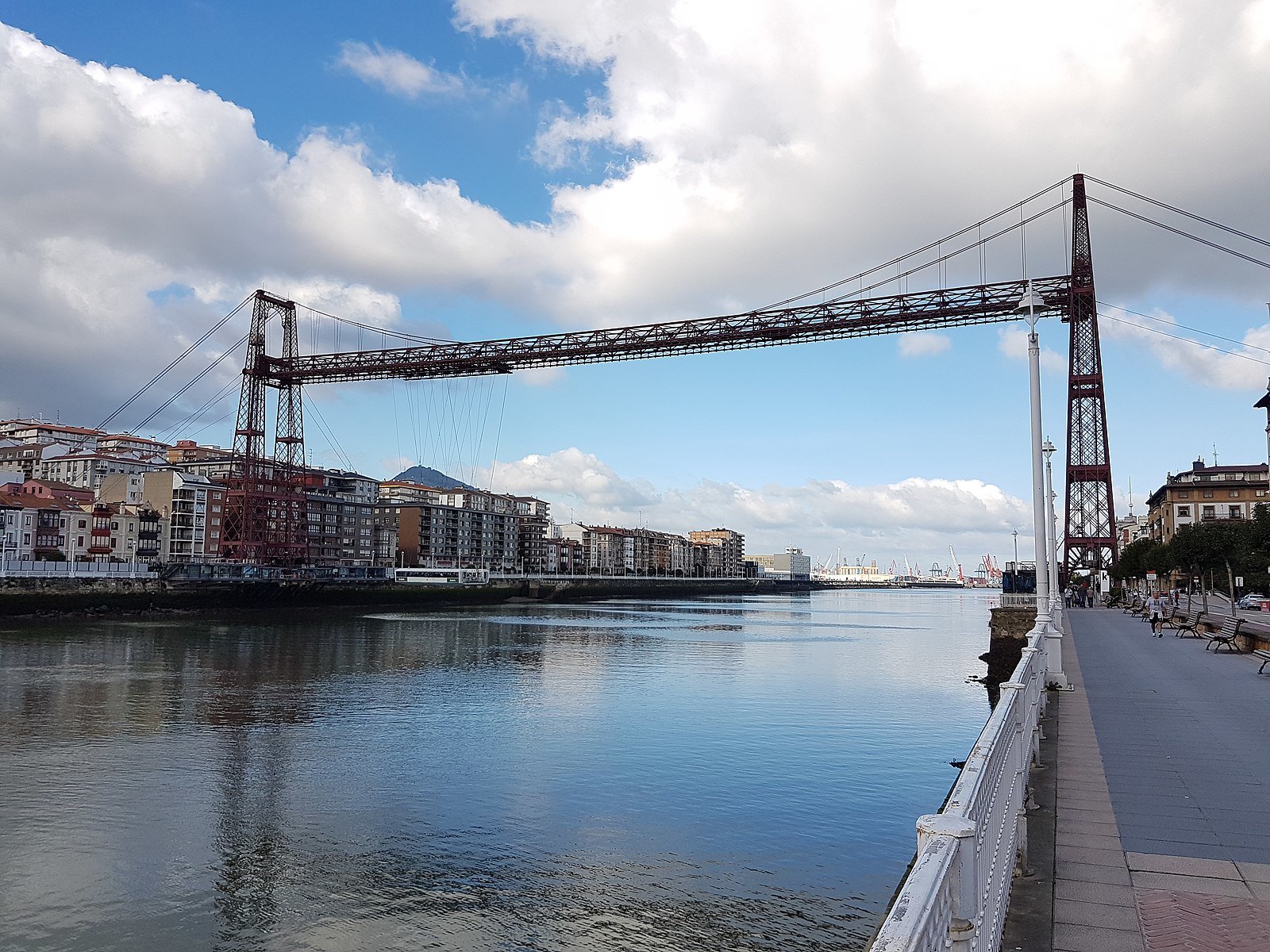 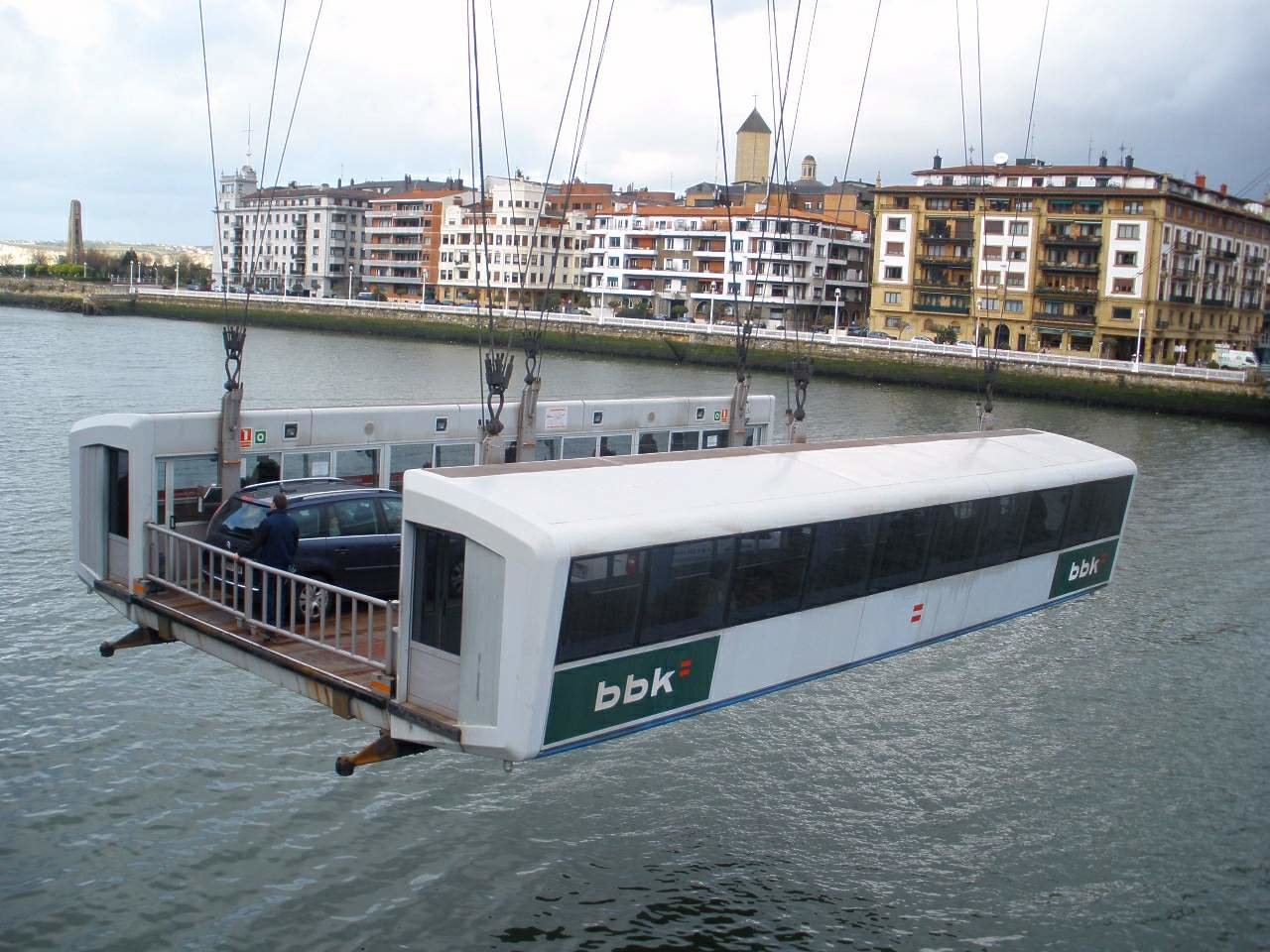 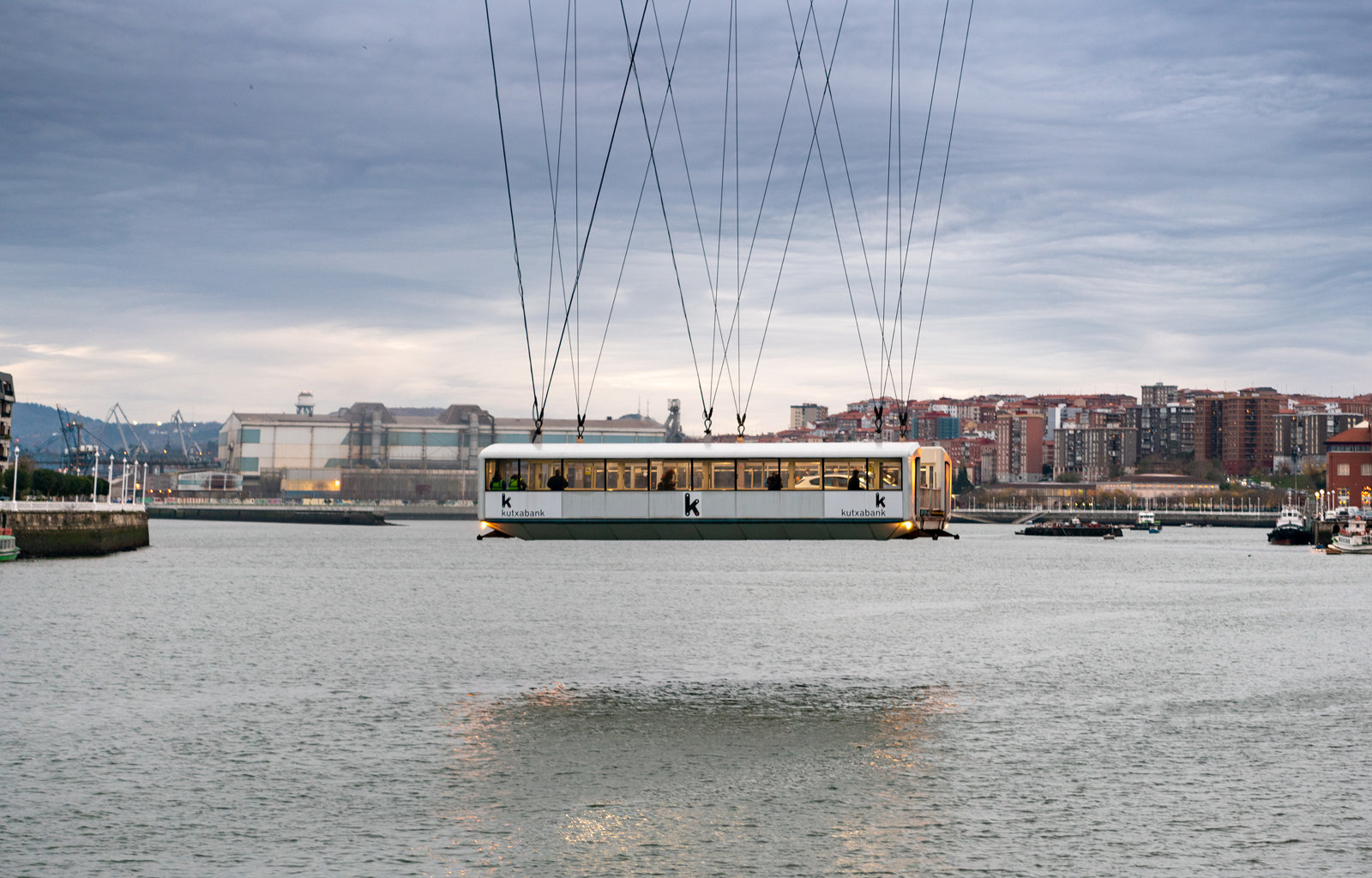 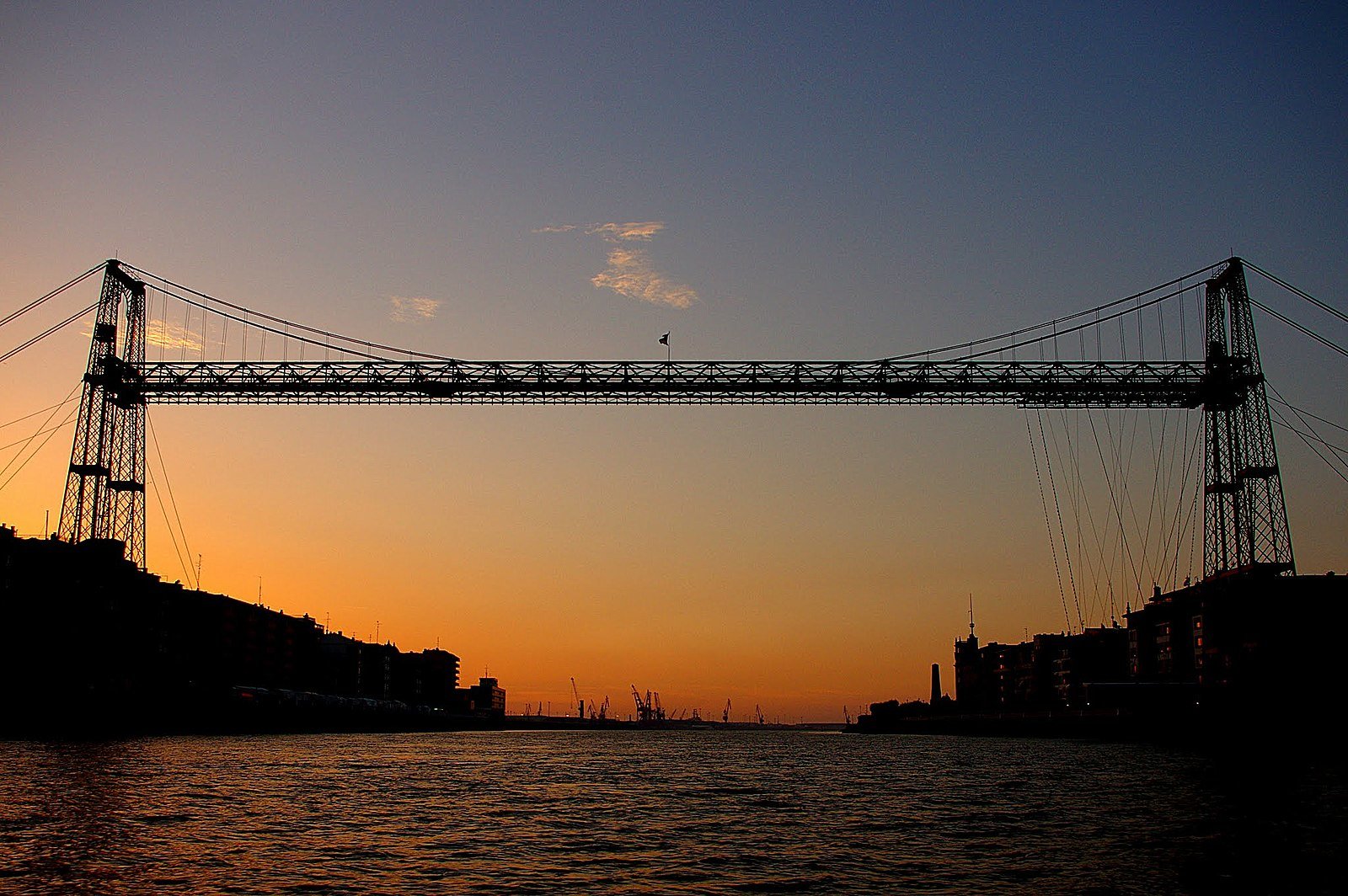 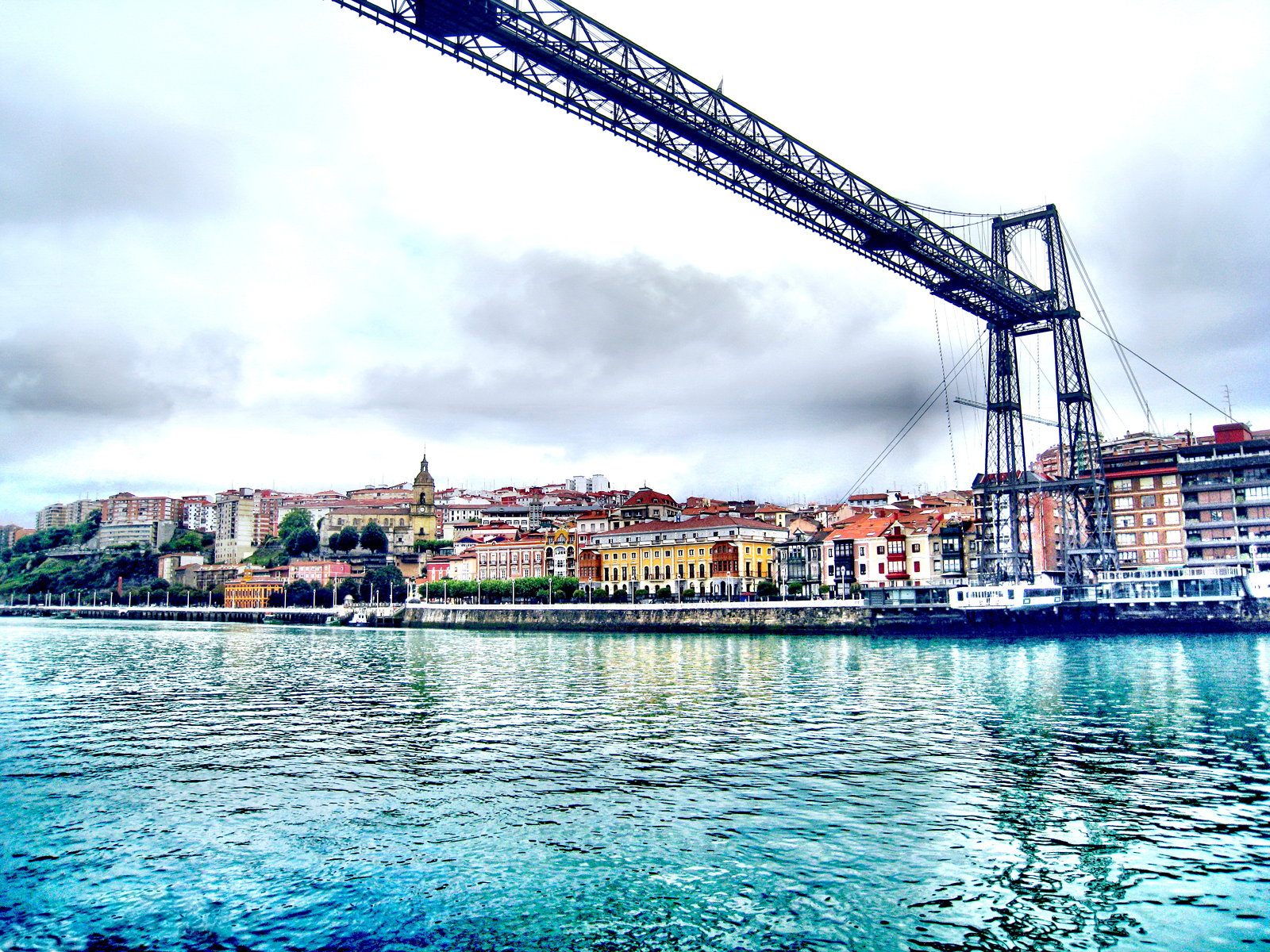 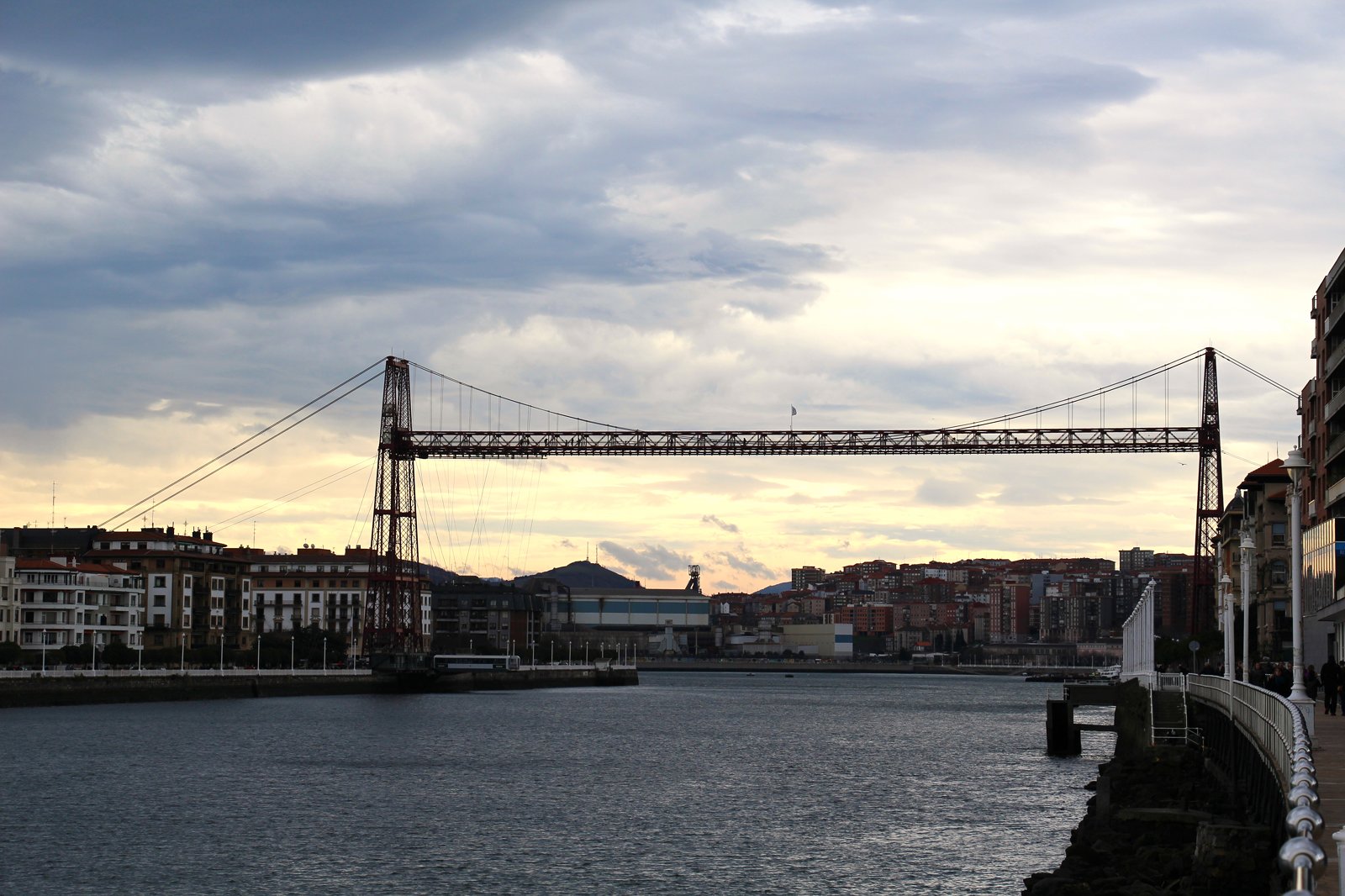 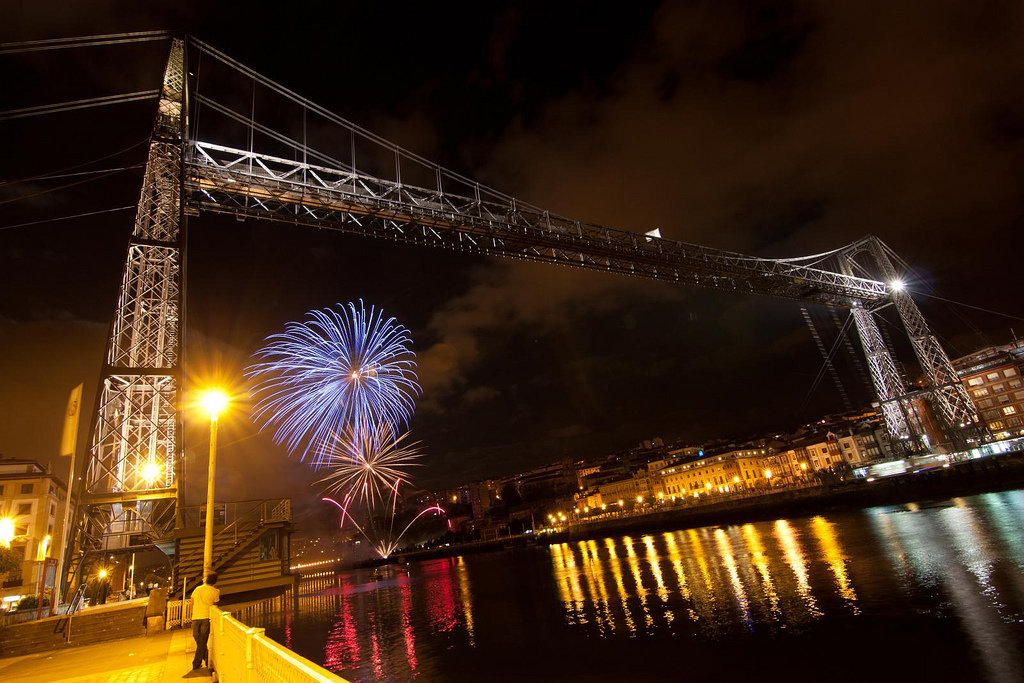 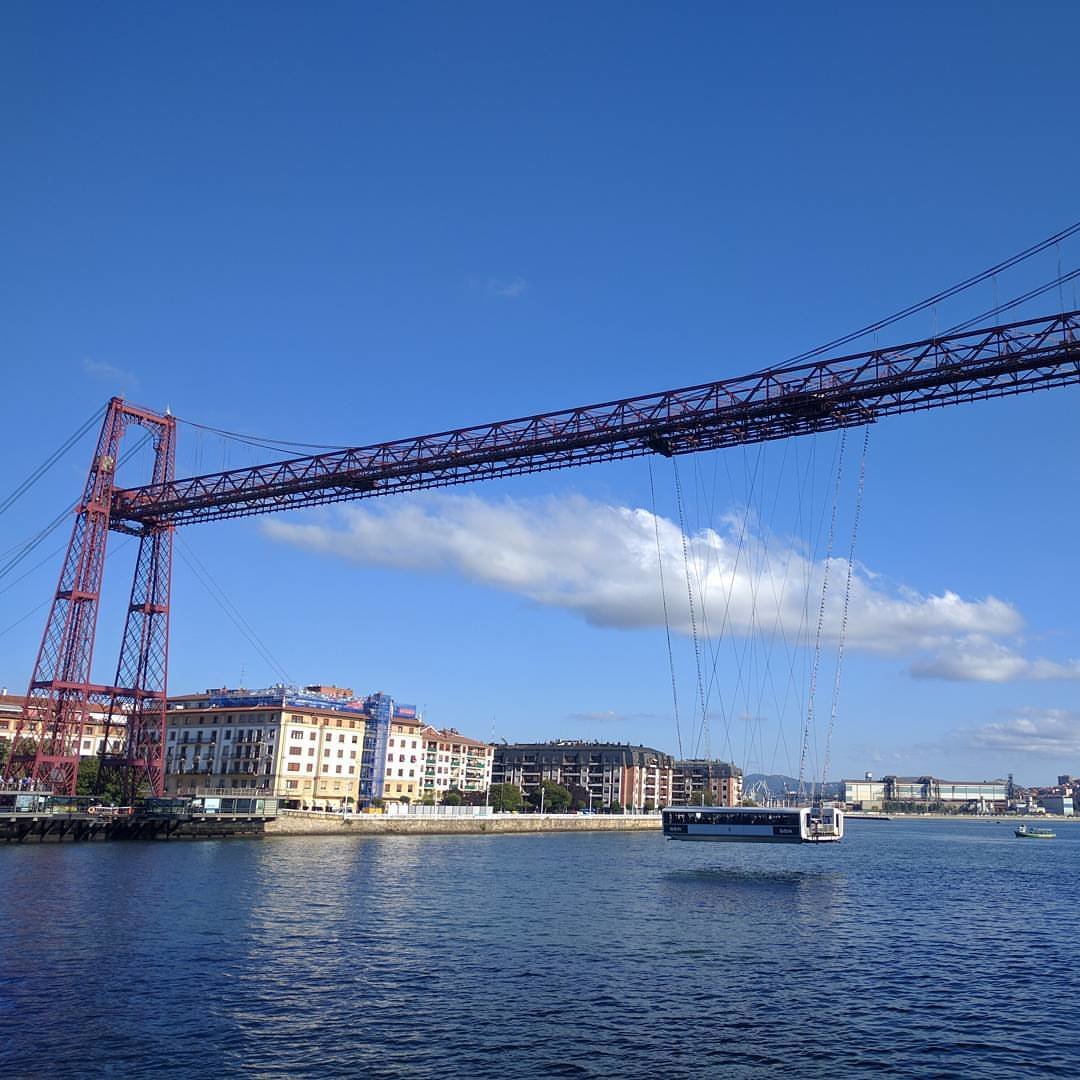 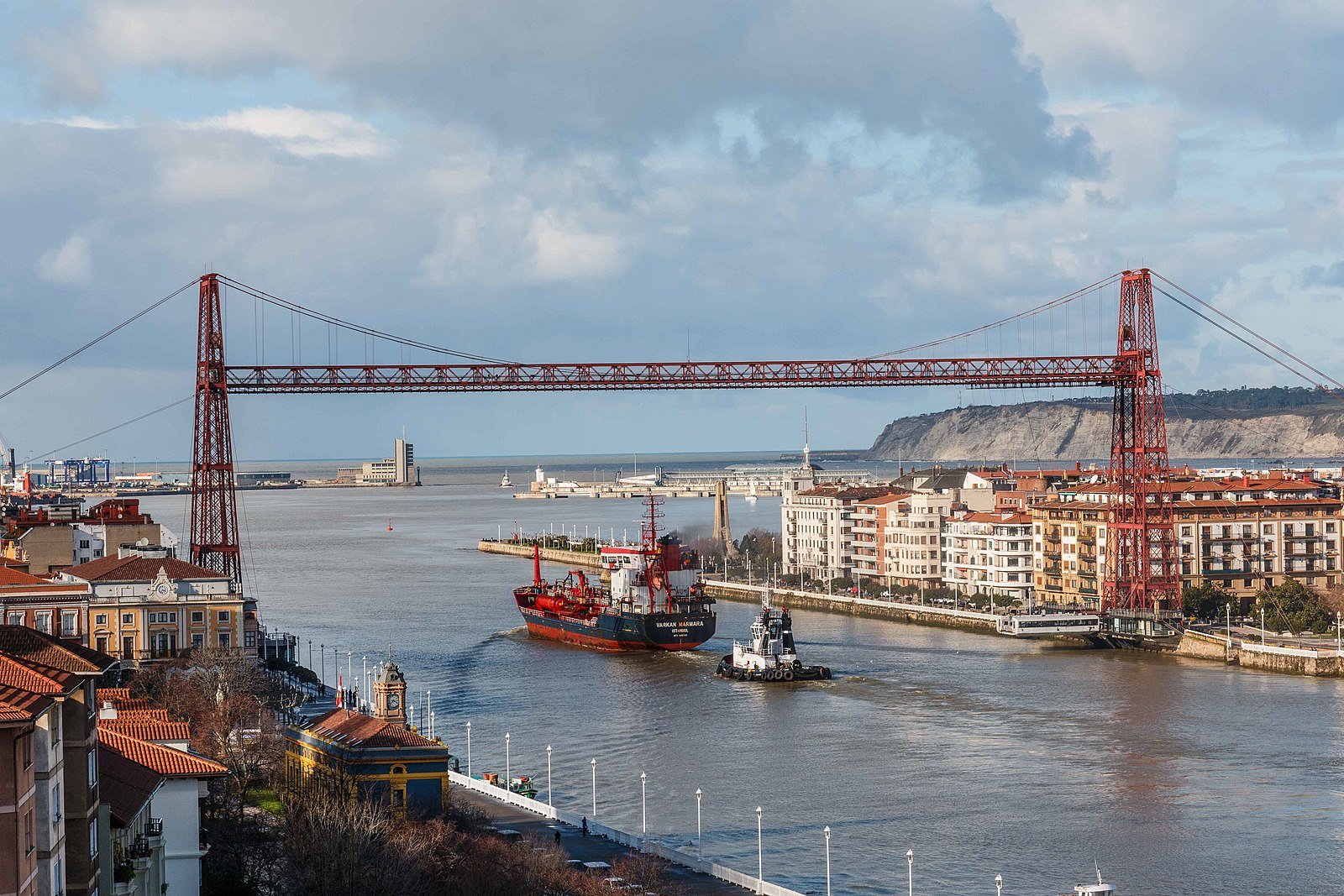 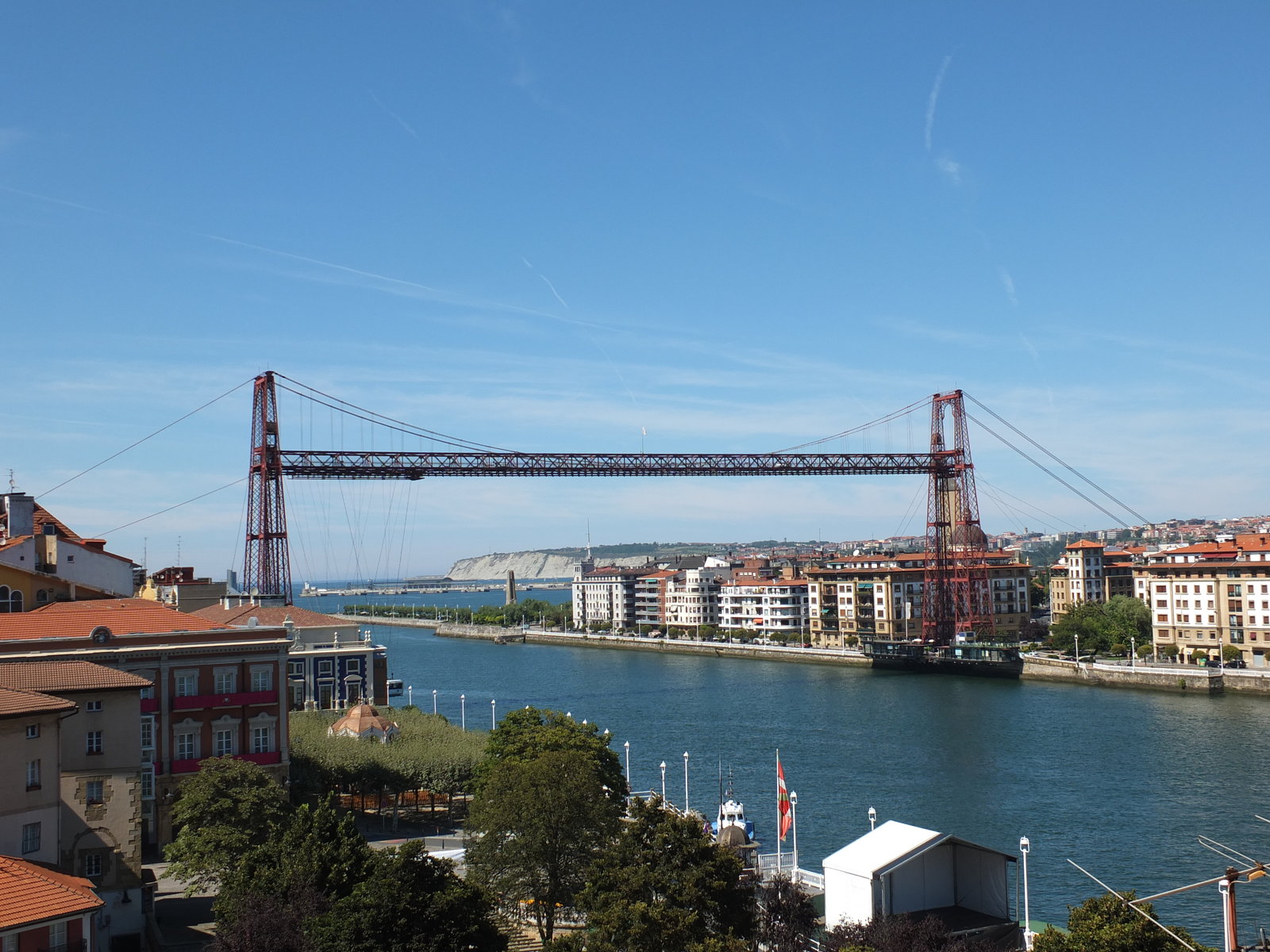 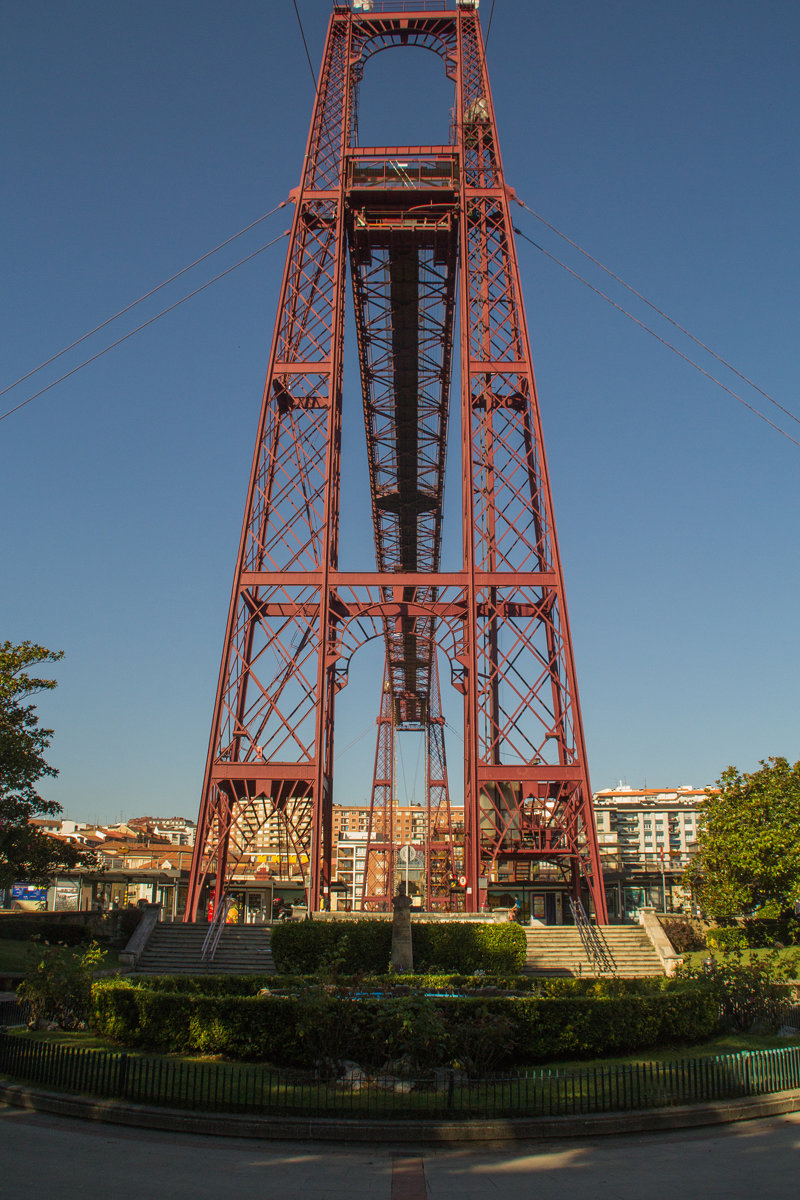 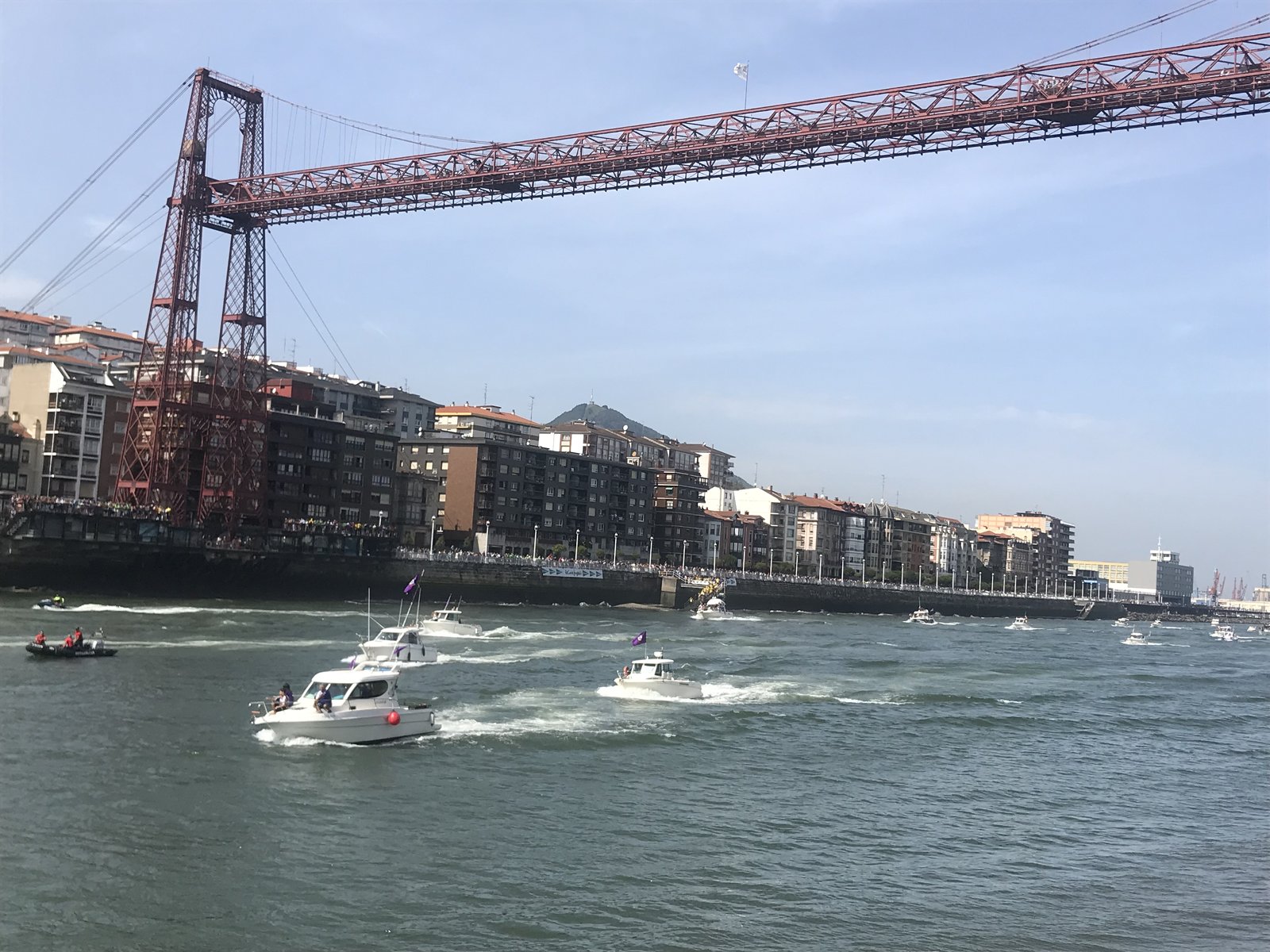 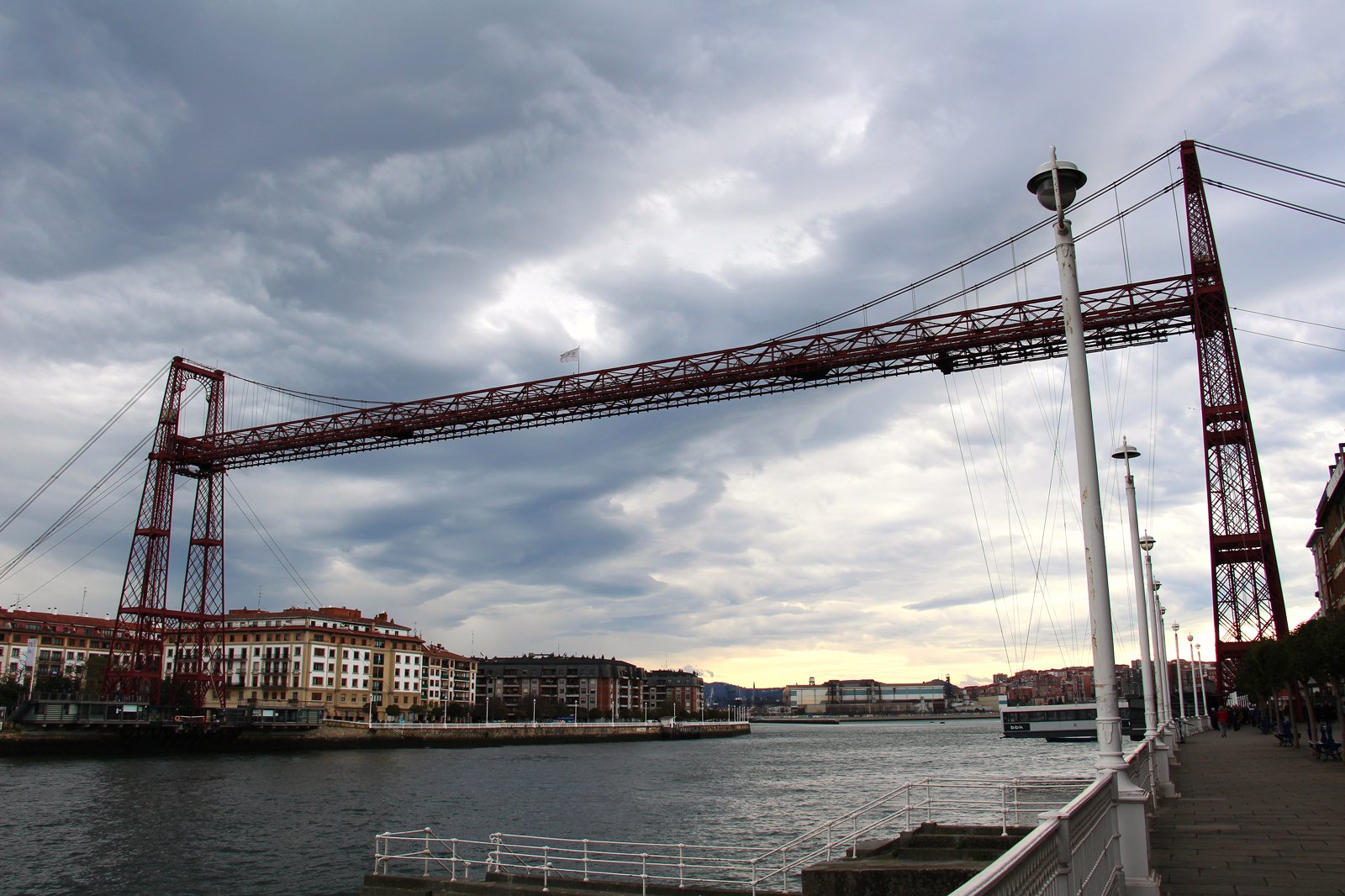 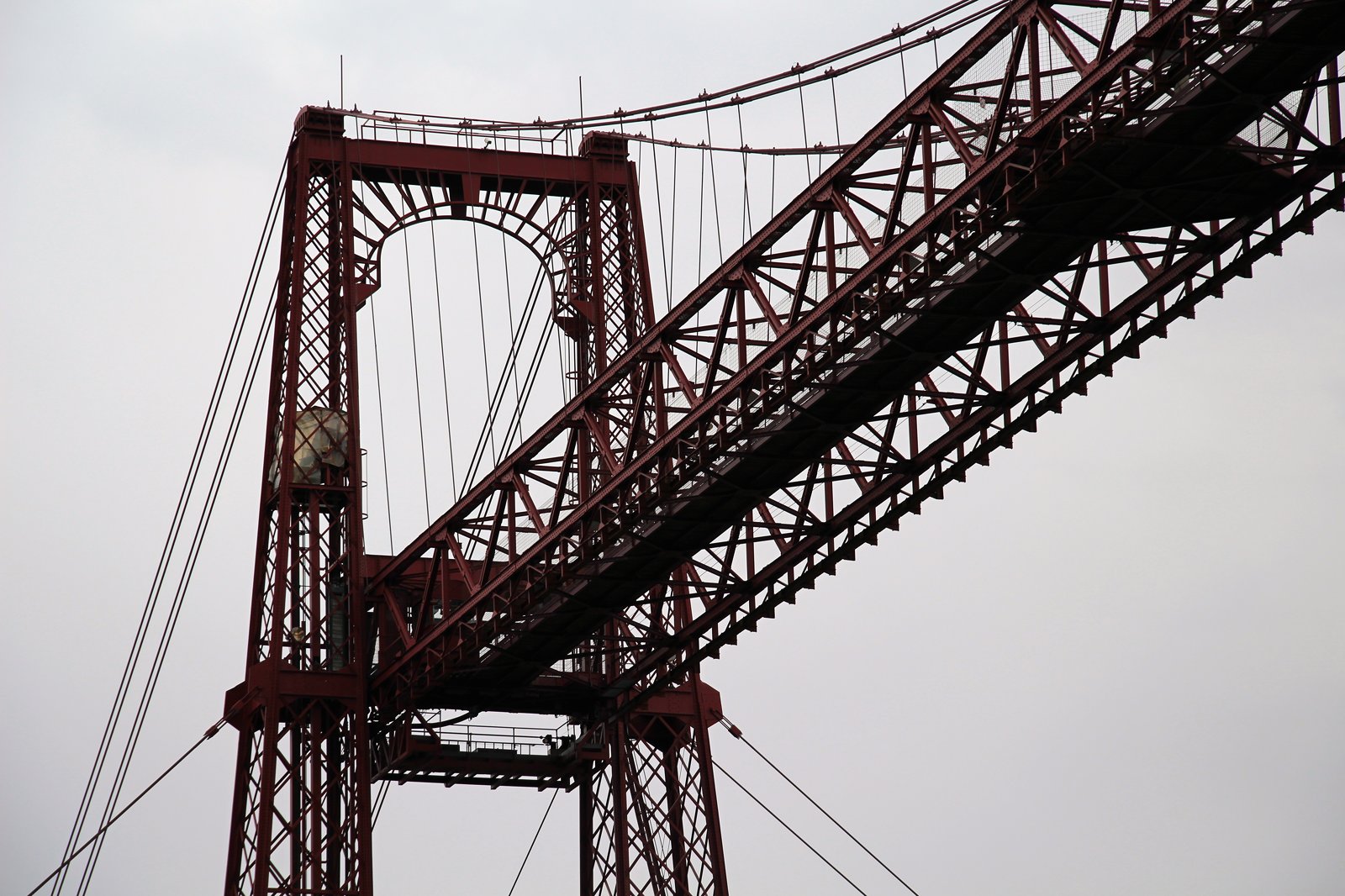 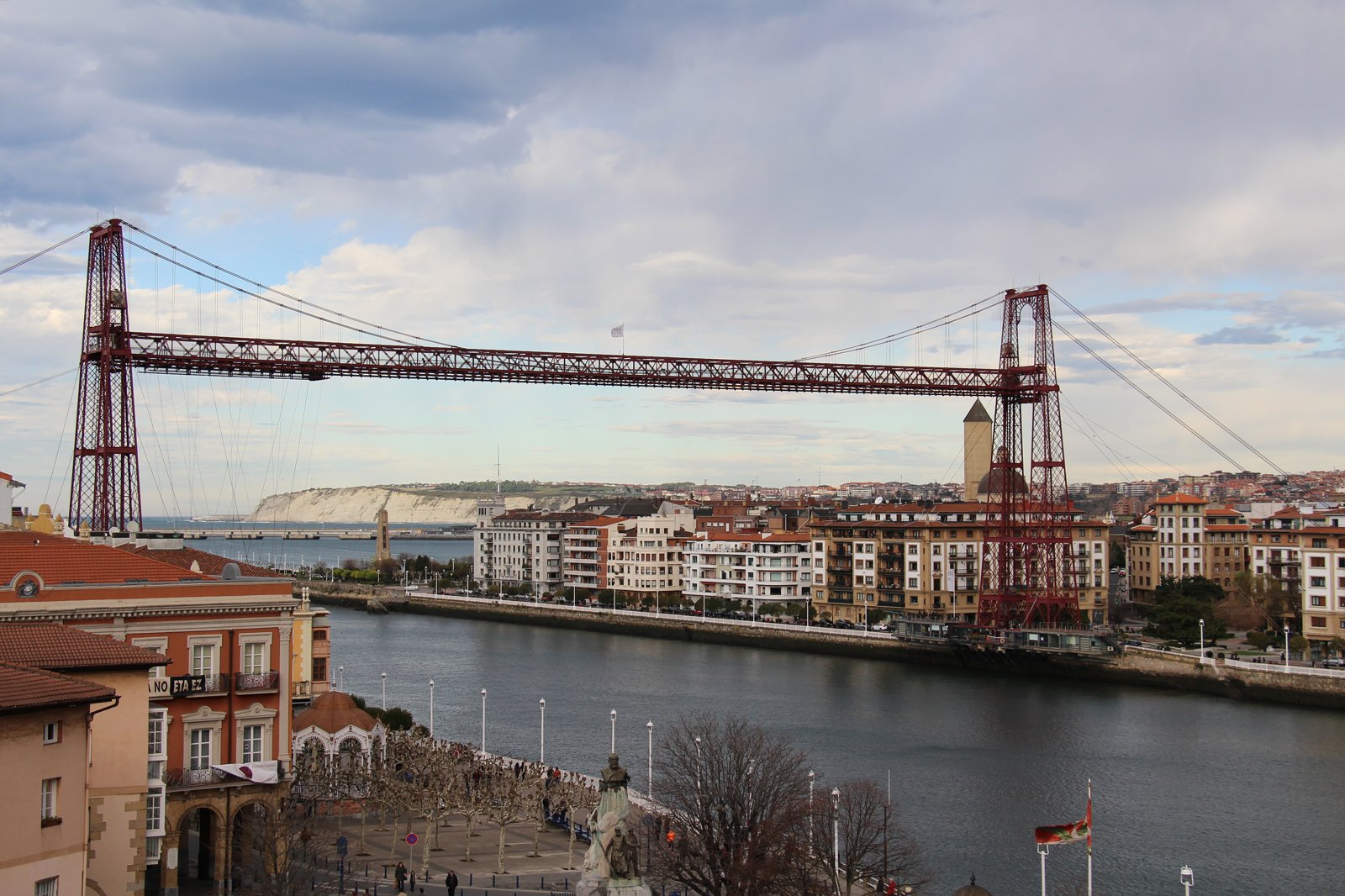 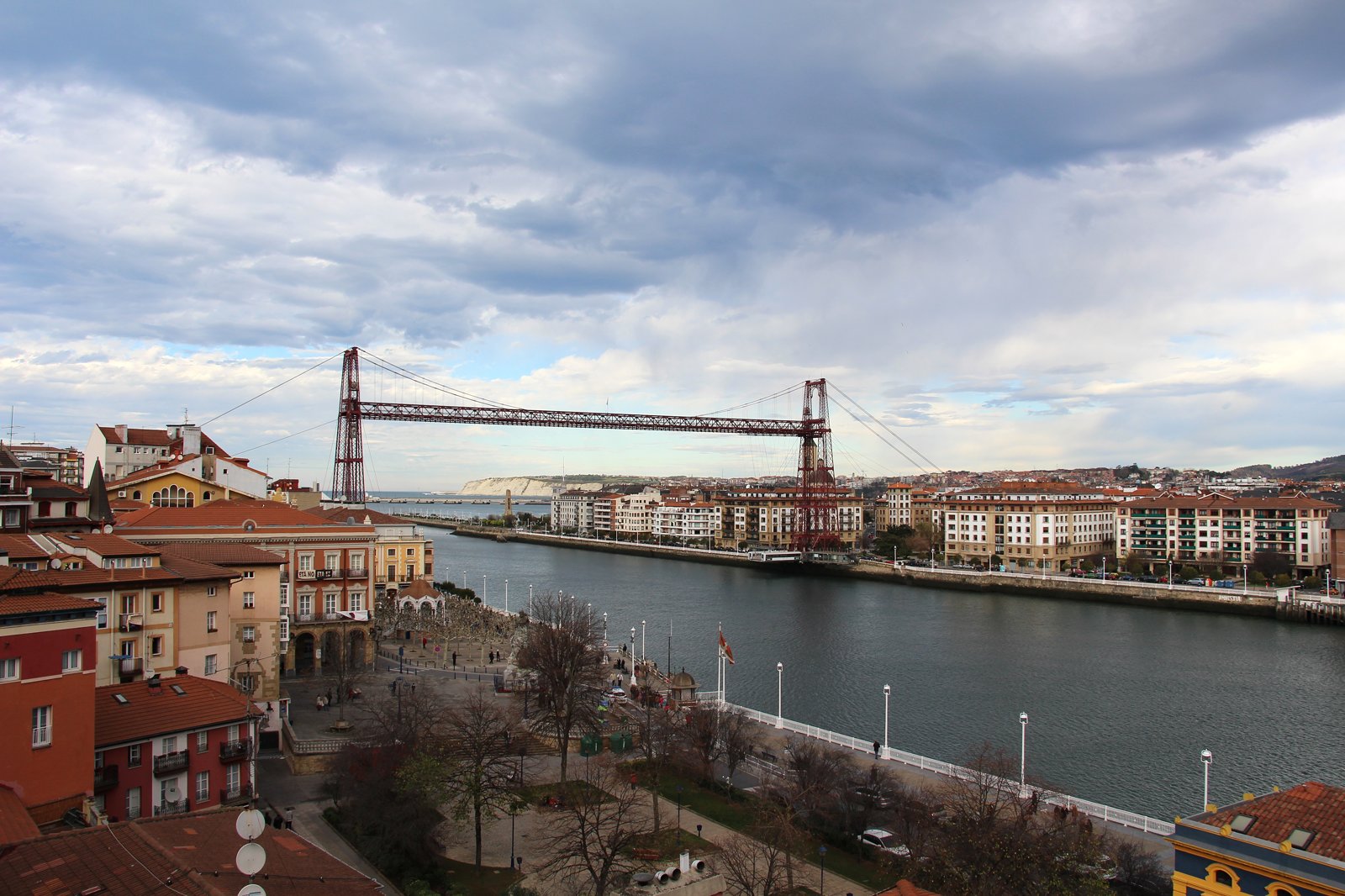 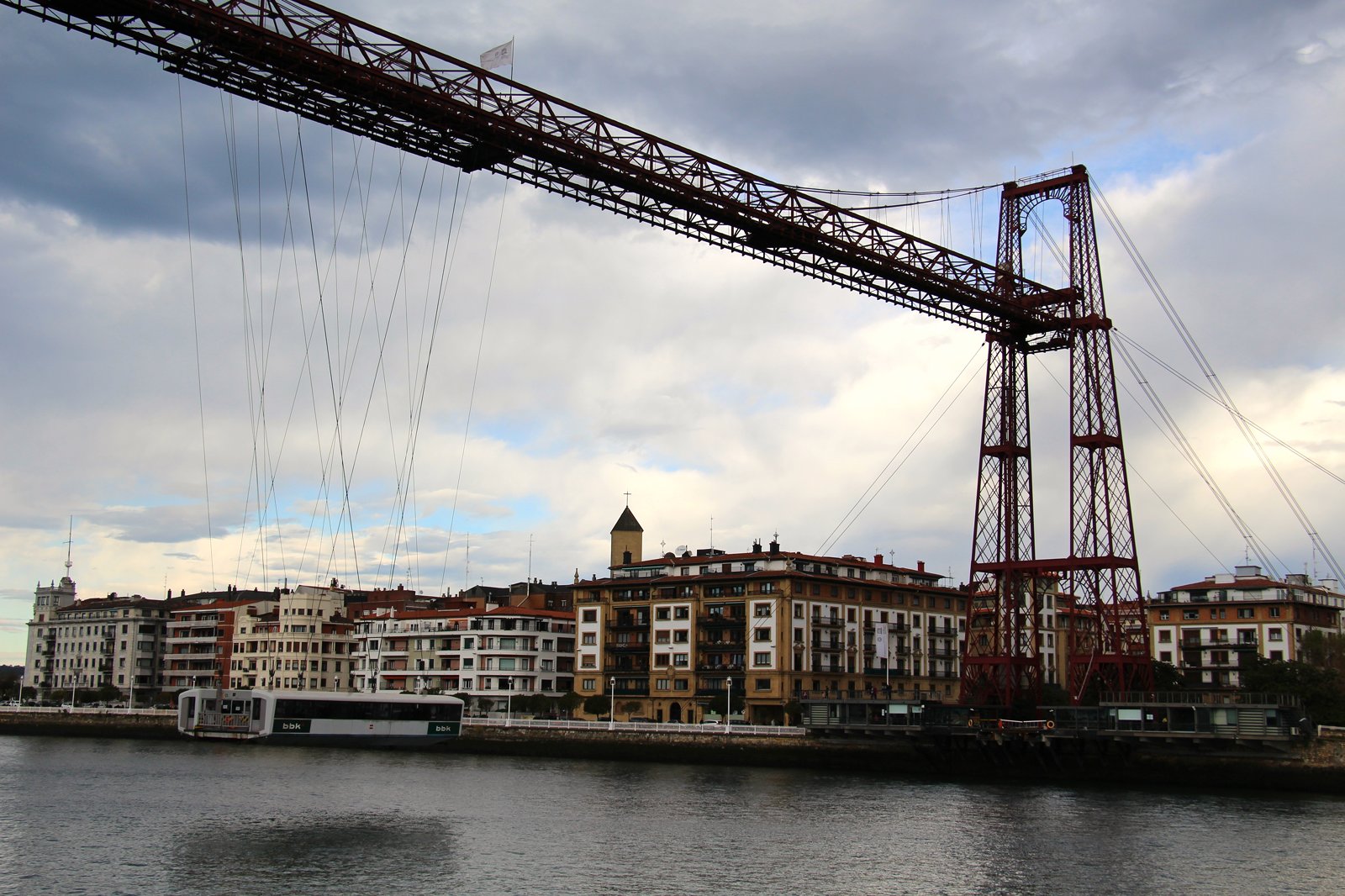 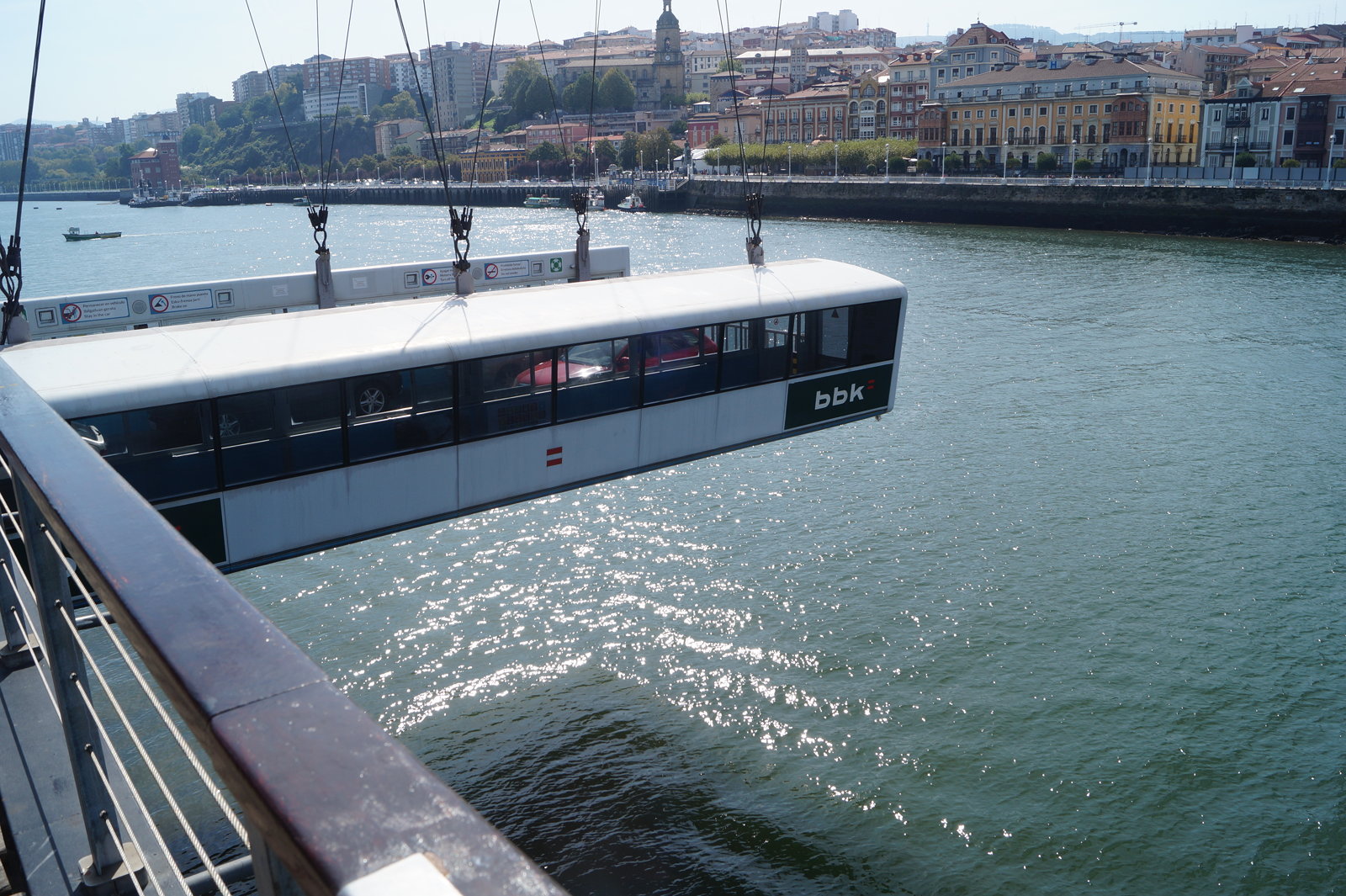 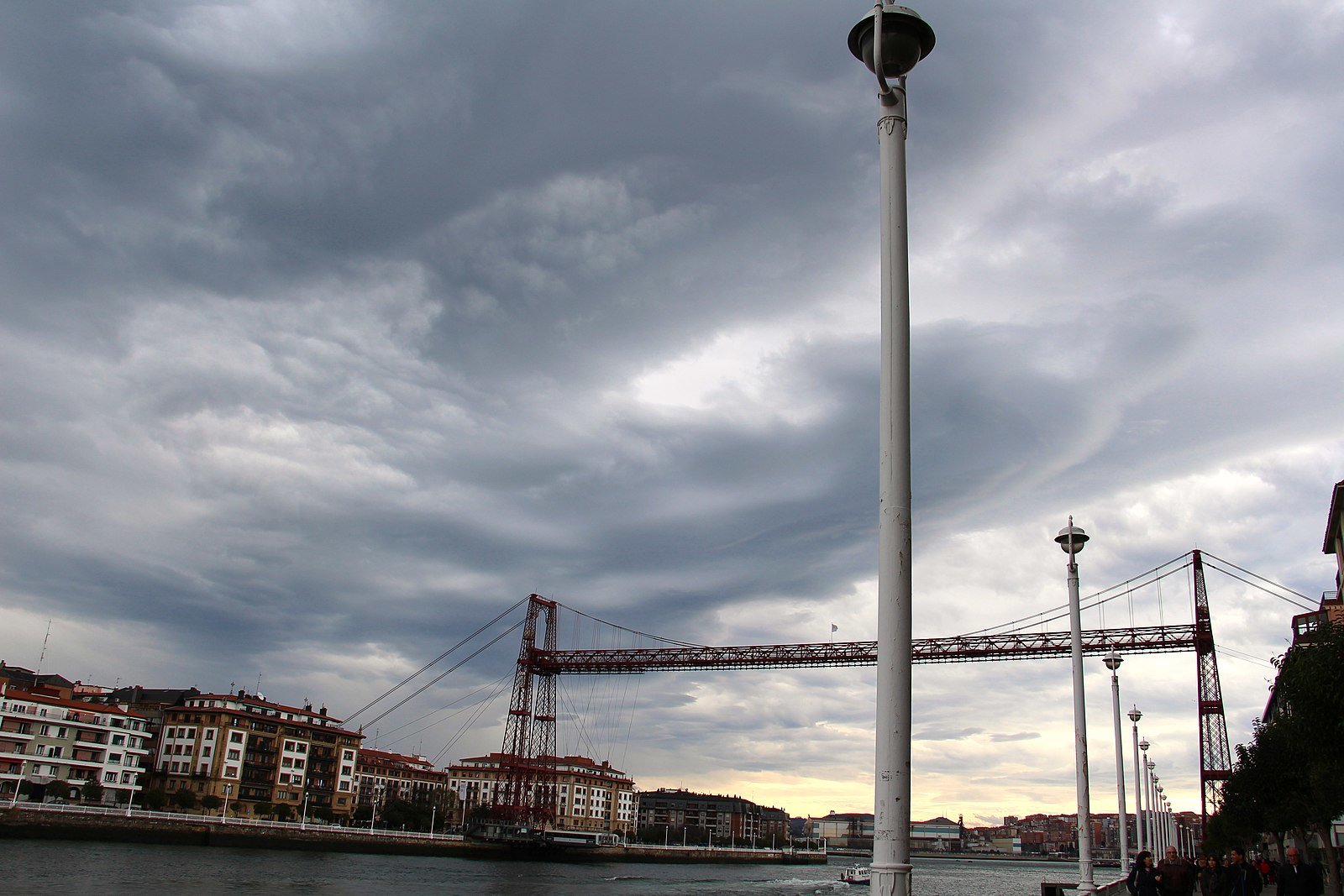 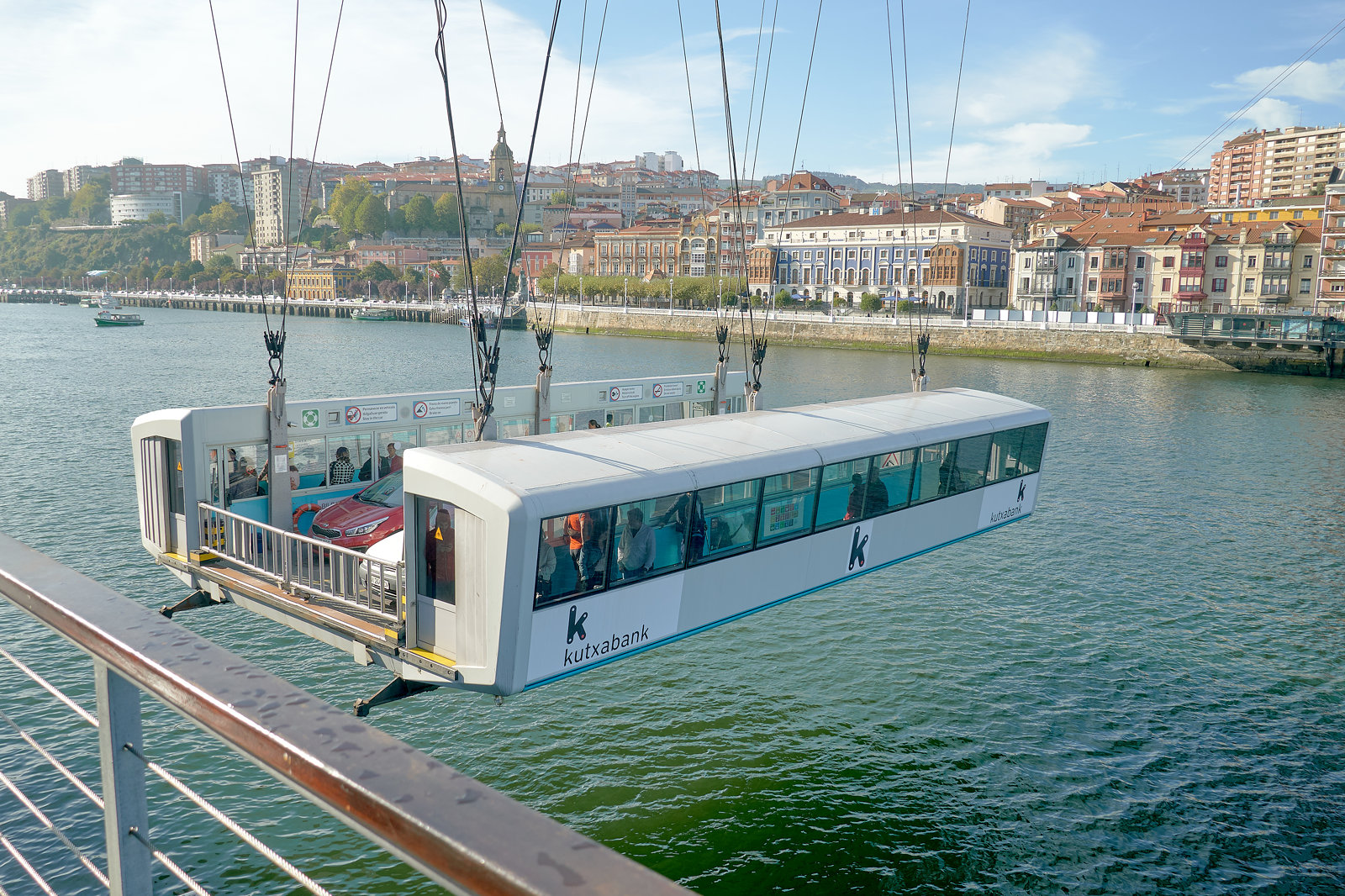 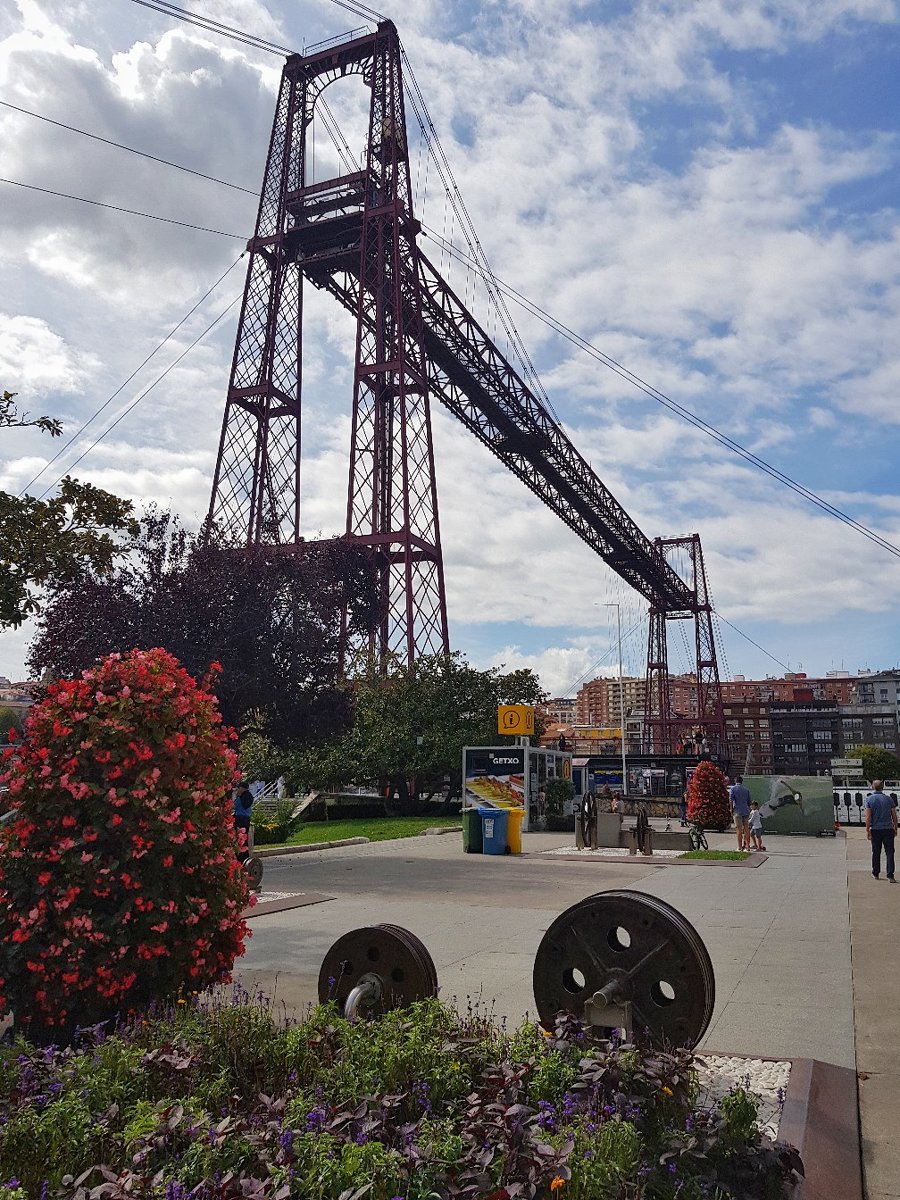