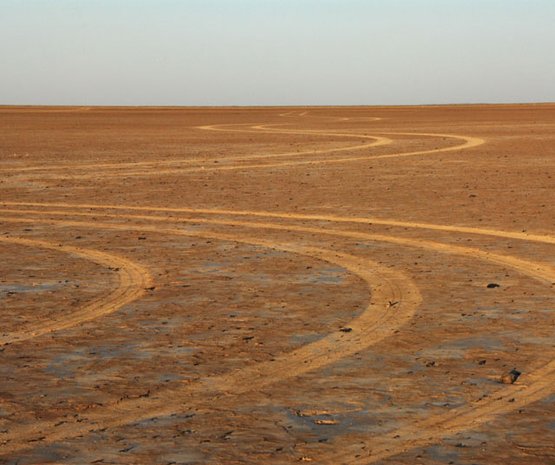 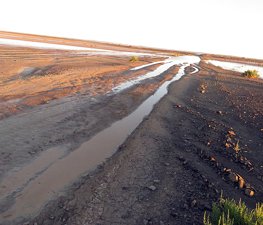 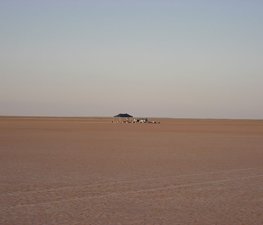 Verneukpan is a widespread dry salt pan south of Kenhardt, between Swartkop and Diemansput in the Northern Cape, South Africa. Verneuk is Afrikaans for to trick, mislead, screw or swindle. The pan is used for aerotowing operations. During the rainy seasons many birds flock to the pans, when they contain water. The surface is completely flat, and is approximately 57 kilometres (35 mi) long and 11 kilometres (7 mi) wide.

In 1929 the pan was used by Sir Malcolm Campbell, who unsuccessfully attempted to break the land speed record in his Napier-Campbell Blue Bird. Andy Green visited the pan during 2008, while investigating surfaces for use by Bloodhound SSC.

This region contains very little vegetation, primarily very low shrubs and yellow grass among a rocky desert kind of landscape. During the seasons many birds flock to the pans, when they contain water, after some rainfall. Temperature above 40 °C is not uncommon.

The surface is completely flat, claimed to be a dried-up lake estimated 57 kilometres (35 mi) long and 11 kilometres (7 mi) wide. A large section of the pan's surface is moderately covered with grass and rocks. It can be reached by driving about 115 kilometres (71 mi) south from Kenhardt on the way to Cape Town.

In 1929 the pan was used by Sir Malcolm Campbell, attempting to raise the land speed record in his Napier-Campbell Blue Bird. The trip to the Bushmanland was not an easy one for Campbell. First he lost his briefcase with important papers in it. Secondly he survived when his aeroplane crashed in a tree near Calvinia. A threatening assignment was facing the people preparing the track. Willem Louw was in charge sweeping the pan. Puffadders and scorpions were very common in the area and the temperature could rise to 42C in the shade during the summer. Campbell and his crew underestimated the Verneukpan's tricks.

The track, starting from a hill on the outskirts and striking into the heart of the pan was supposed to be 16 miles (26 km) long. It was spread out directly west-east and looked straight into the rising sun. The dust devils were a major hazard for Campbell. Mirages created phantom trees and ghostly men on stilts. Extremely sharp stones were spread all over the pan's surface. When these stones were removed, holes were left. The day of the Flash in the Pan was postponed time after time. A tortoise on the track, was named Blue Bird II.

During 1952 Vic Proctor tried to set the world motorcycle record on his Vincent Black Lightning, but eventually crashed at around 160 kilometres per hour (99 mph). Later that year he set the Flying Mile record, but not at Verneukpan.

Andy Green also visited the pan during 2008, as he needed to check every possible surface to rank them all for use by Bloodhound SSC. The pan is well known for its high-quality alkali playa surface, which would be perfect for Bloodhound. Unfortunately it is also covered a huge numbers of stones. While the pan meets all the other requirements for a land speed record track, removing the stones over the huge area needed would require a vast amount of work.

This is also the place where Johan Jacobs – South African land speed record holder and former fighter pilot – died painfully on 27 June 2006. His jet car, Edge, went out of control and flipped while travelling at approximately 500 kilometres per hour (311 mph). This happened during a practice run for an attempt to break the 24-second world record for the standing mile over 1.67 kilometres (1 mi).

The pan is undoubtedly the ultimate kiting destination in South Africa. The widespread open spaces offer ideal opportunities for parasailing. The pan is also used by kite-surfers, an extreme sport using wind buggies. These are bicycle-like vehicles with a sail attached to them. With wind buggies speeds of up to 70 kilometres per hour (43 mph) can be reached. There are also many viewpoints that are ideal for birdwatching.

Tips & Hints
Arrange By:
Popular first New first
There are no tips nor hints for Verneukpan yet. Maybe be you will be the first one to post useful information for fellow travellers? :)
1.0/10
I've been here
Add to wishlist

Augrabies Falls National Park is a national park located around the

The Augrabies Falls (pronounced ) is a waterfall on the Orange River,

Lake Salinas is a salt lake in the Arequipa Region in Peru. It is 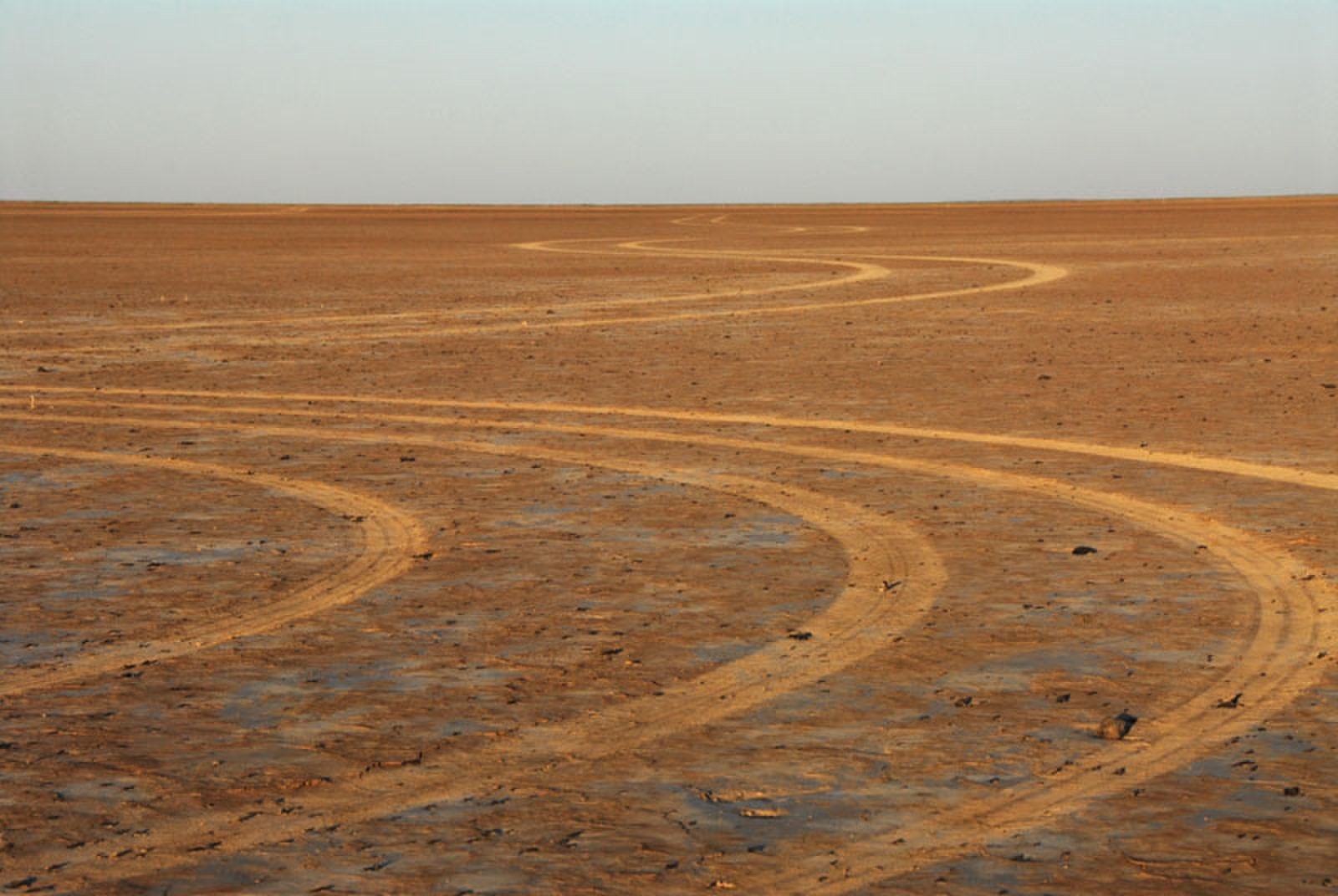 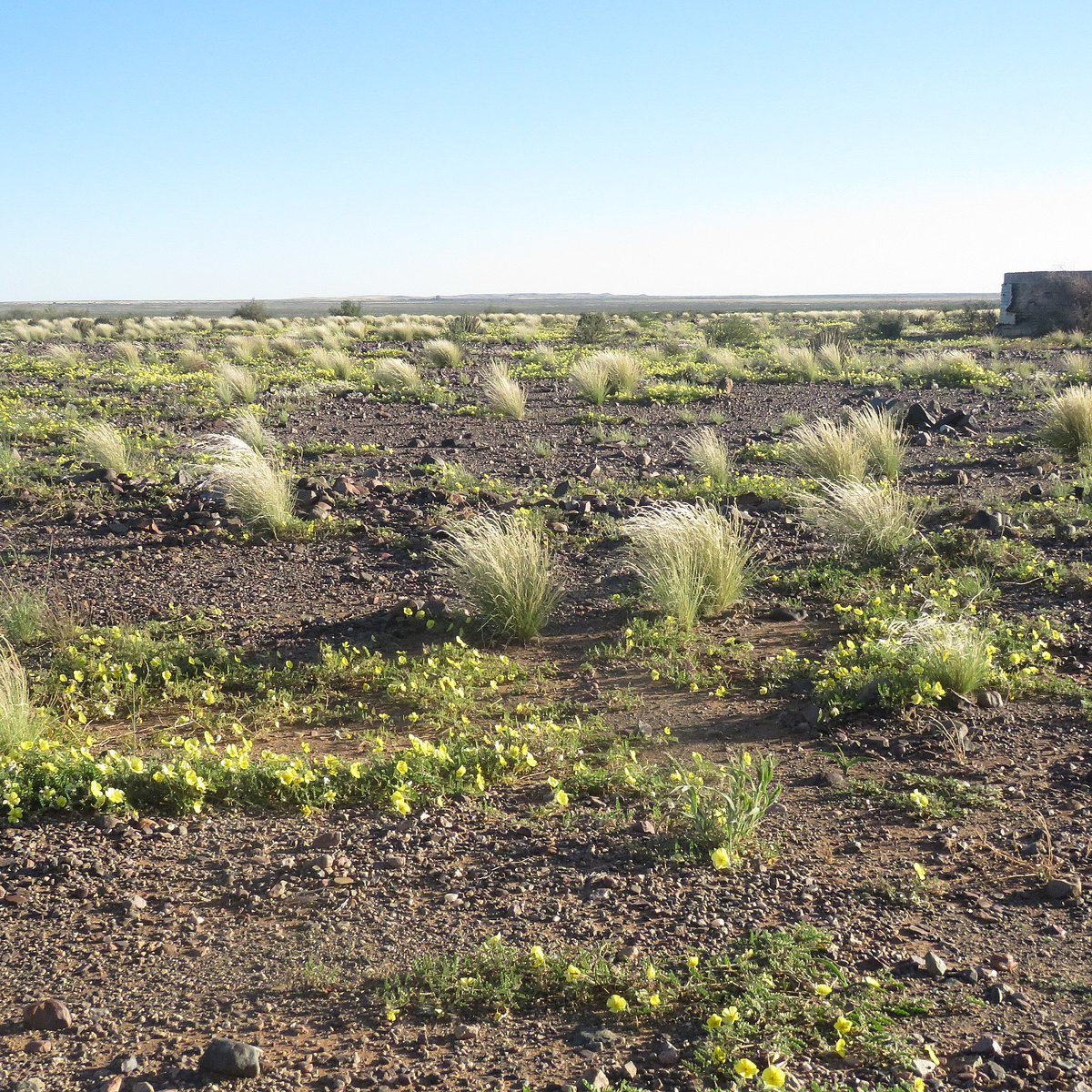 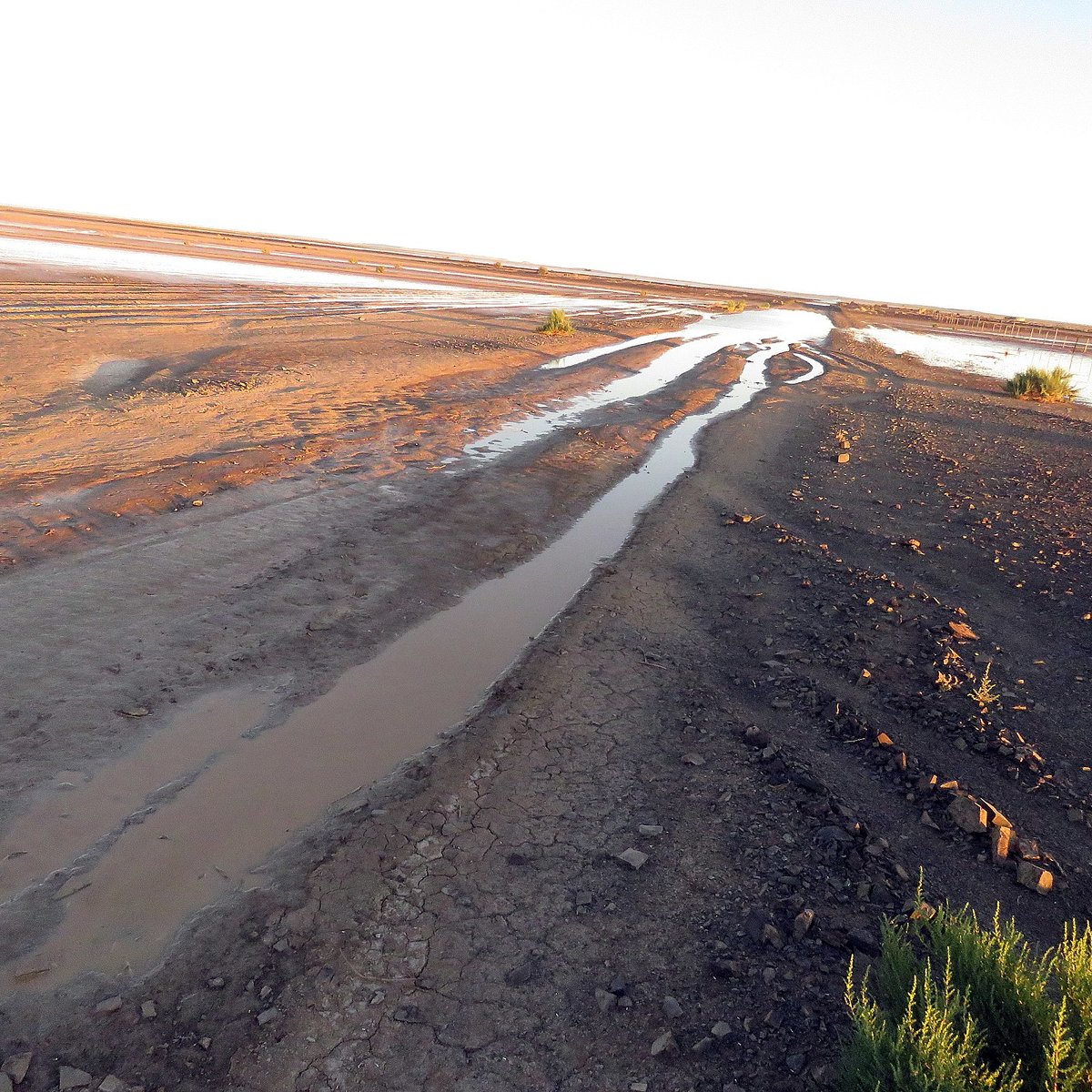 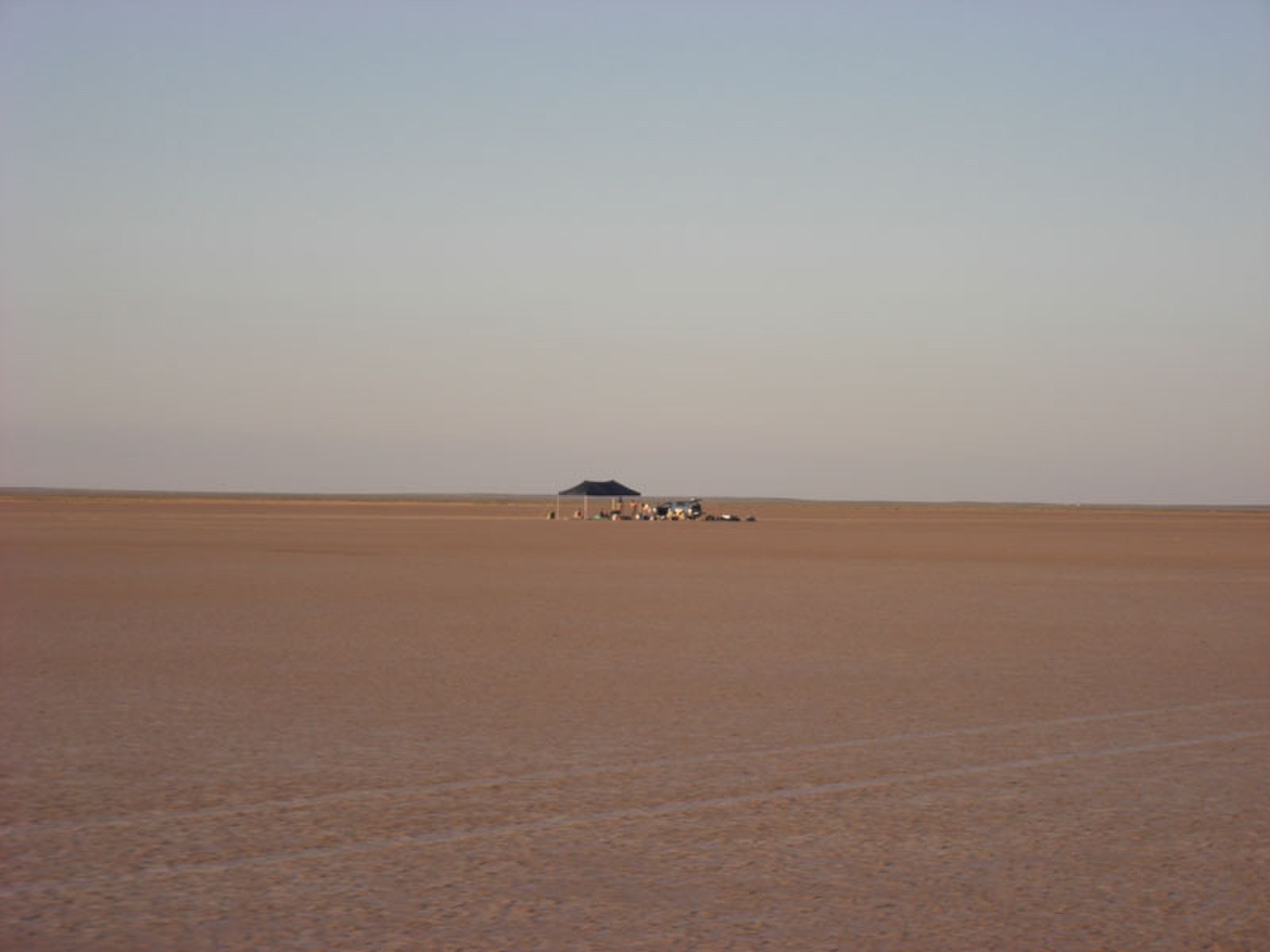