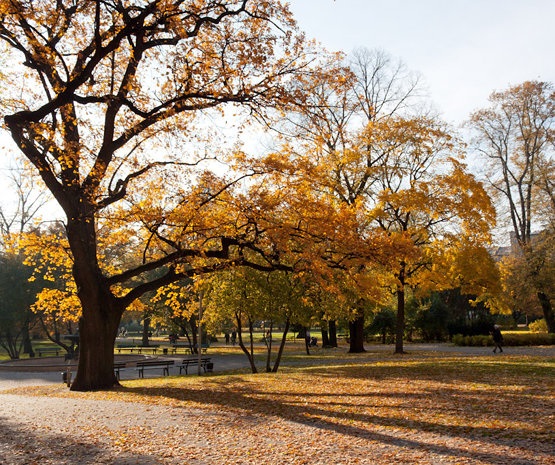 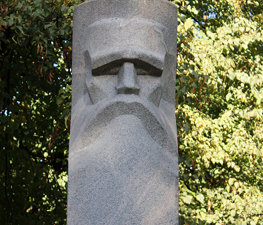 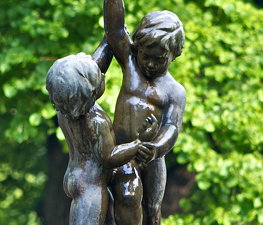 Vērmanes Garden (Latvian: Vērmanes dārzs) is the oldest public garden in the city of Riga, Latvia and currently comprises an area of approximately 5 hectares . The current name is a Latvian transliteration of the gardens original German name.

Vērmanes Garden was originally created as Wöhrmann Park in 1814 on behalf of the Governor General of Governorate of Livonia Philip Paulucci , just a couple of years after the outskirts of Riga was burned down during the French invasion of Russia prior to the Siege of Riga . Financing and land for the park was sponsored by the Prussian Consul General to Riga Johann Christoph Wöhrmann (1784-1843) and his mother Anna Gertrud Wöhrmann (née Abels, 1750-1827).

Wöhrmann Park was inaugurated with festivities on 8 June 1817 as a fenced 0.8 hectares park with exotic trees, a rose garden and restaurant. A granite obelisk was erected 1829 in the park as a posthumous memorial to Anna Wöhrmann. The memorial was dismantled prior to World War II and recreated 2000 .

1836 the Riga Chemist and Pharmacist Society initiated a mineral water shop in the park restaurant. When the premises became to narrow, reconstructions were conducted according to a project by architect Heinrich Scheel in the years from 1863 to 1864 and 1870 to 1871. 1869 the park had a sundial and fountain installed.

Lauma Z
Beautiful, clean and spacious - it's a great place to go to during summertime, take a book with you and just sit and relax in the middle of the city.

Ilaria Omi
It's a beautiful park, perfect to relax and stay under the sun with friends or alone.

LiveRiga
Vērmanes garden is the oldest public garden in Riga. It's romantic in every season of the year!

Aen Sirinel
Beautiful square that has everything you need: a fountain, a tea room, even a playground. Older people often gather to play chess.

The Freedom Monument (latvian: Brīvības piemineklis) is a memorial l

The Laima Clock (Latvian: Laimas pulkstenis) is a landmark in central

The Powder Tower (Latvian: Pulvertornis) is situated in Riga, Latvia,

Vecrīga (Old Riga) is the historical center of Riga, located on the 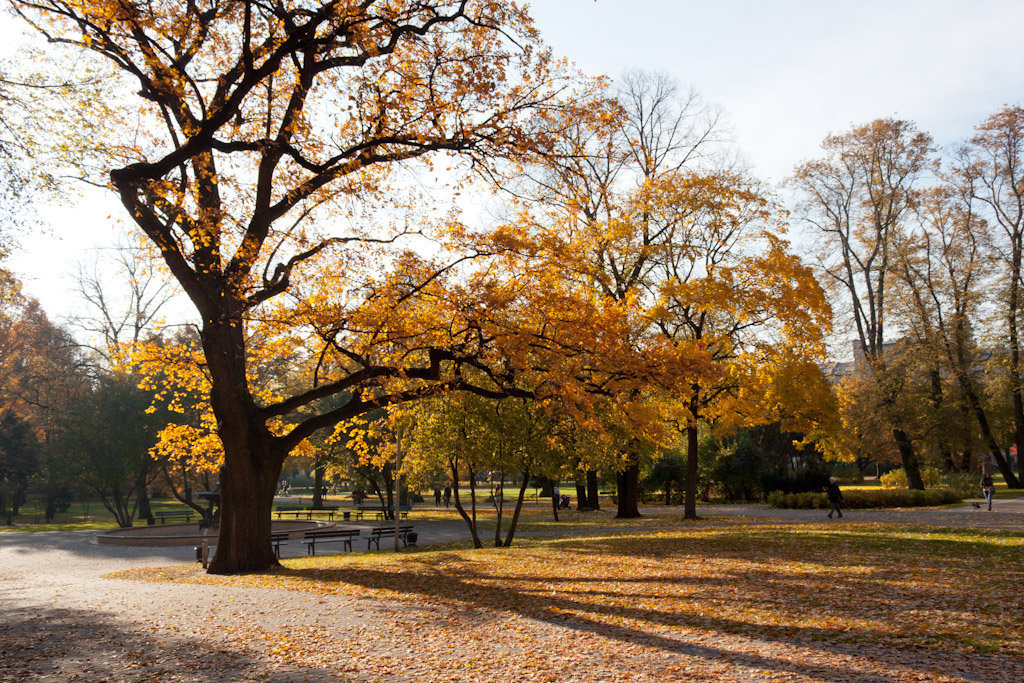 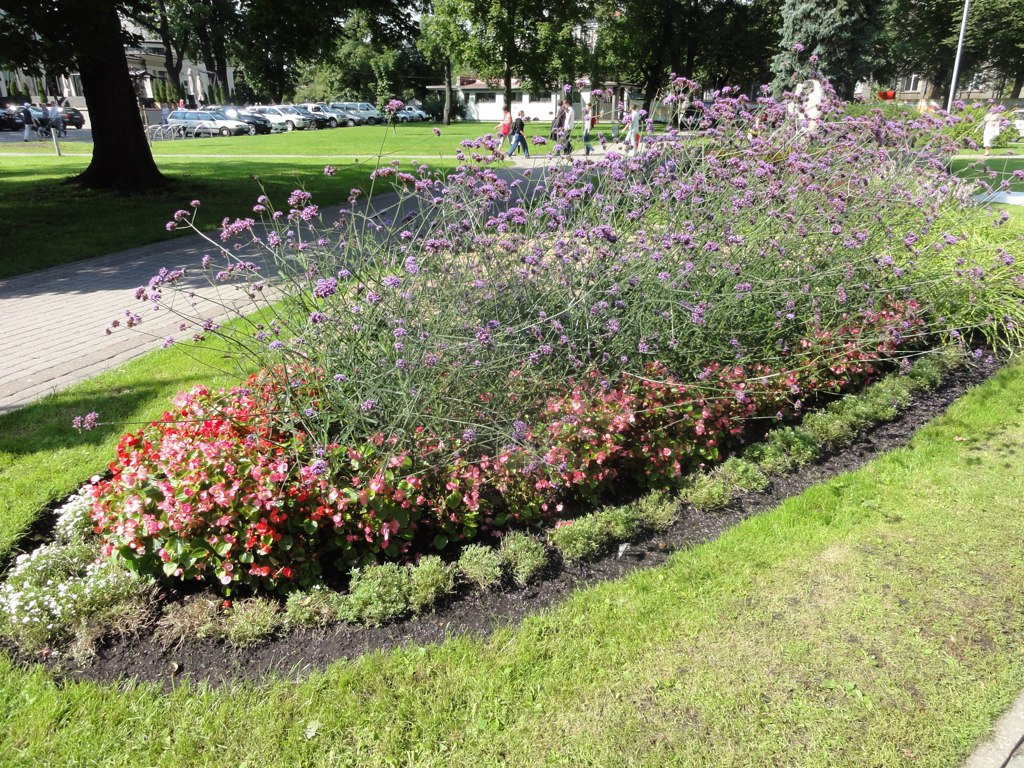 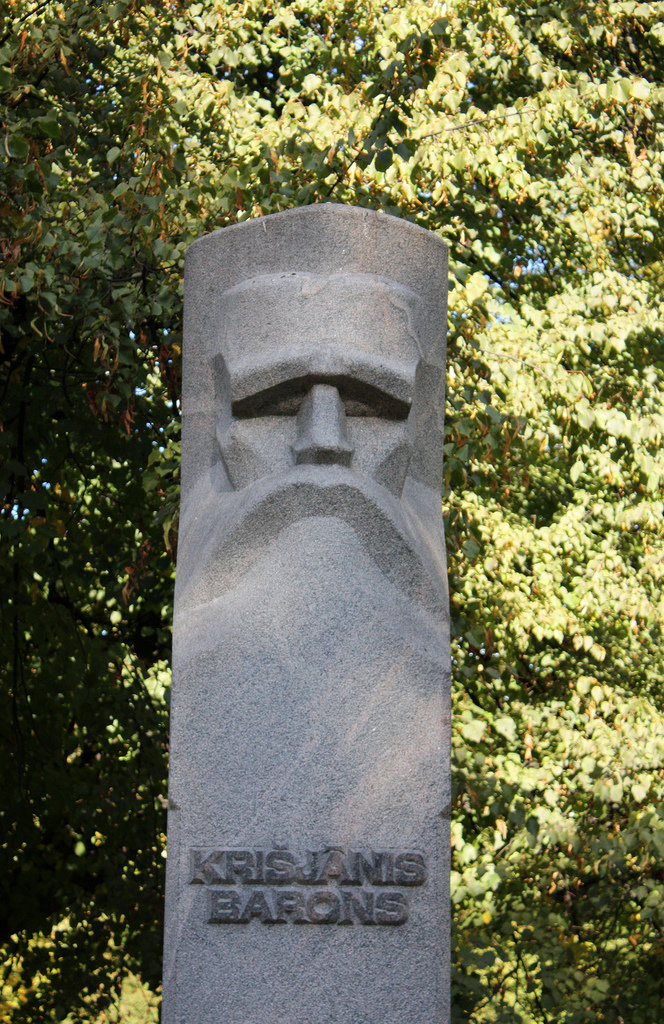 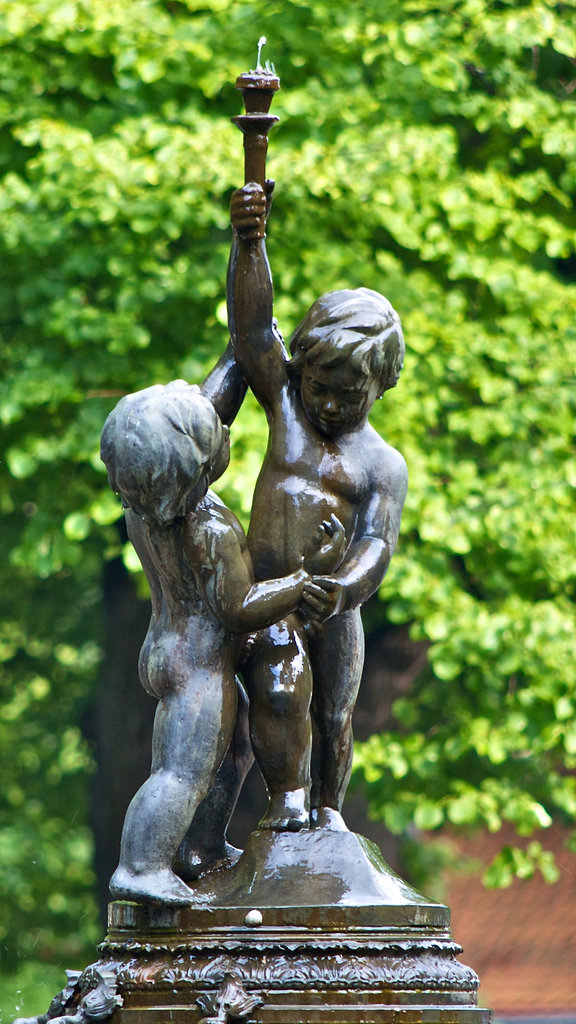