×
What are you looking for?
See all results
Historic districts in Los Angeles 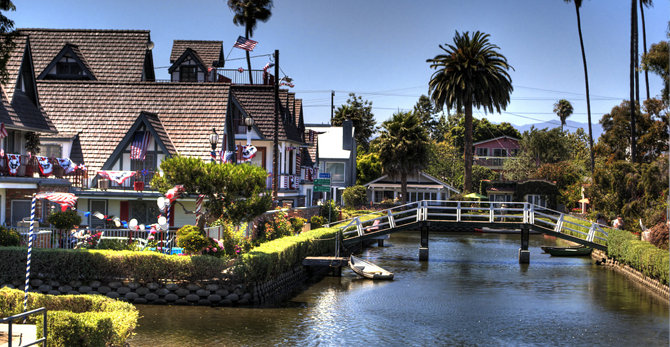 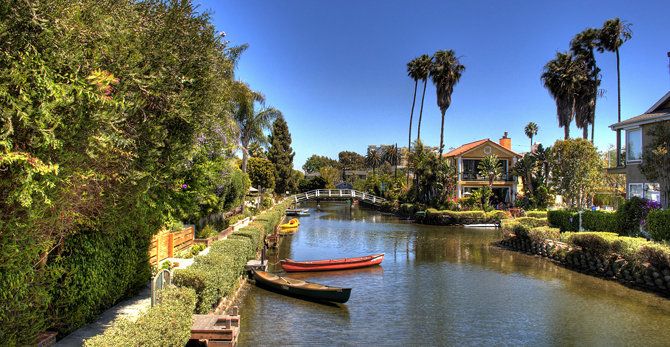 The Venice Canal Historic District is a district in the Venice section of Los Angeles, California. The district is noteworthy for its man-made canals built in 1905 by developer Abbot Kinney as part of his Venice of America plan. Kinney sought to recreate the appearance and feel of Venice, Italy, in Southern California. The canals are roughly bounded by Eastern Court on the east, Court A on the south, Strongs Drive on the west, and Court E on the north. There are four east-west canals (Carroll Canal, Linnie Canal, Howland Canal, and Sherman Canal) and two north-south canals (Eastern Canal and Grand Canal). The beautifully lit canals with gondoliers and arched bridges drew widespread publicity and helped sell lots in the development. However, as the automobile gained in popularity, the canals were viewed by many as outdated, and the bulk of the canals were filled in 1929 to create roads. By 1940, the remaining canals had fallen into disrepair, and the sidewalks were condemned by the city. The canal district remained in poor condition for more than 40 years, as numerous proposals to renovate the canals failed due to lack of funding, environmental concerns, and disputes as to who should bear the financial responsibility. The canals were finally renovated in 1992, with the canals being drained and new sidewalks and walls being built. The canals re-opened in 1993 and have become a desirable and expensive residential section of the city. The residential district surrounding the remaining canals was listed on the National Register of Historic Places in 1982. However, in recent years, there has been extensive renovation work on many of the old houses, and many large, modern houses have been built.

Before 1929, the area covered by canals was approximately three to four times as large as today. The entire area between Abbot Kinney, Pacific, and Venice Blvd. were canals. These canals were:

In addition, the traffic circle at Pacific and Windward Avenues is located on top of what once was the Venice Lagoon.

987LA
These real canals date from 1905 when tobacco millionaire Abbot Kinney (yes, as in the street) dug them as part of a vast resort town he modeled after Venice, Italy.

Venice Beach, Los Angeles is a tourist attraction, one of the Beaches

The Santa Monica Looff Hippodrome is located on the Newcomb Pier

The Theme Building is a landmark structure at the Los Angeles

Centro histórico de Puebla is a tourist attraction, one of the

Namsangol Hanok Village, also known as 'A Village of Traditional 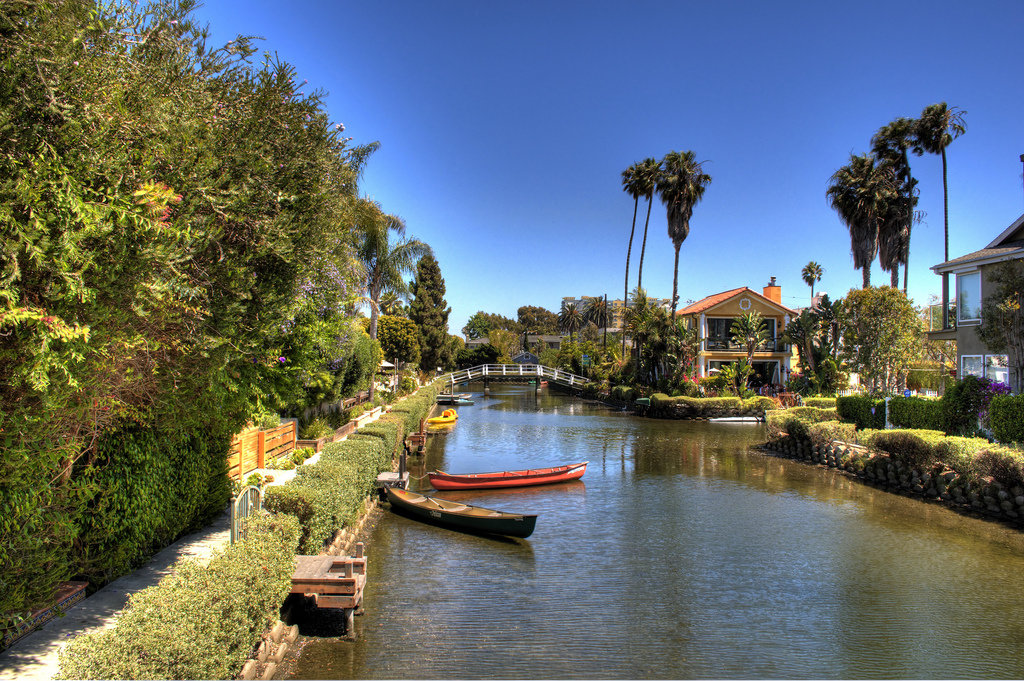 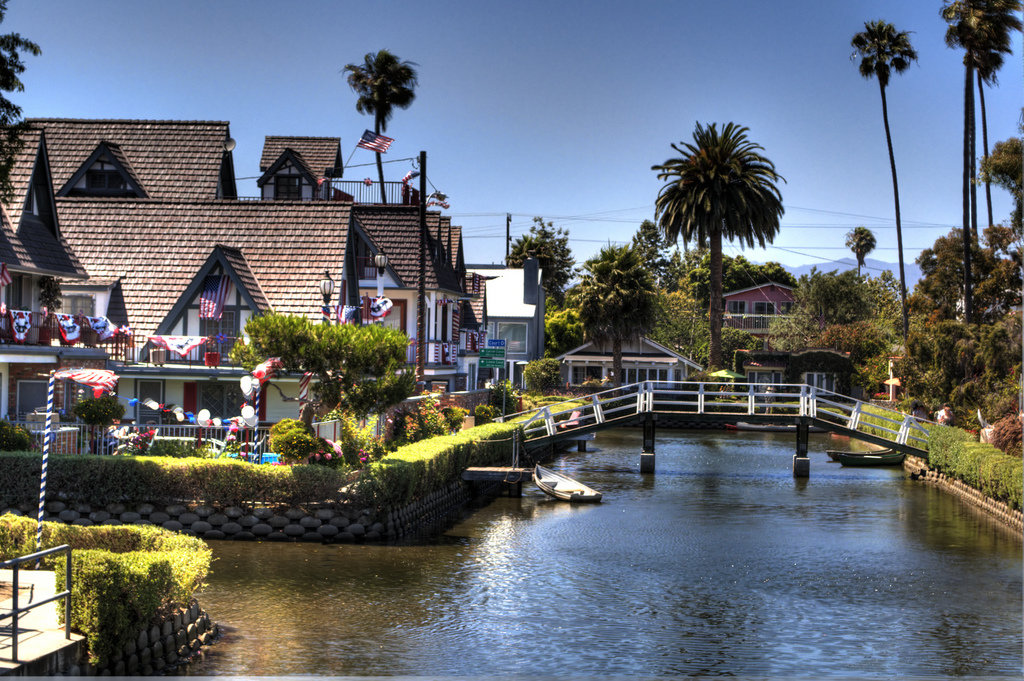 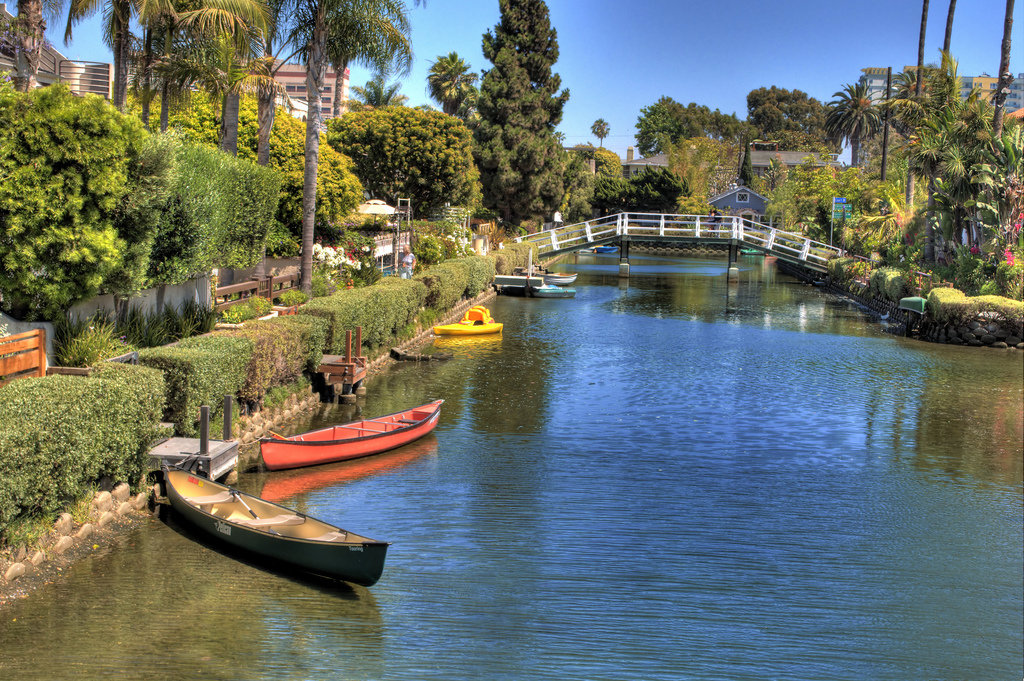 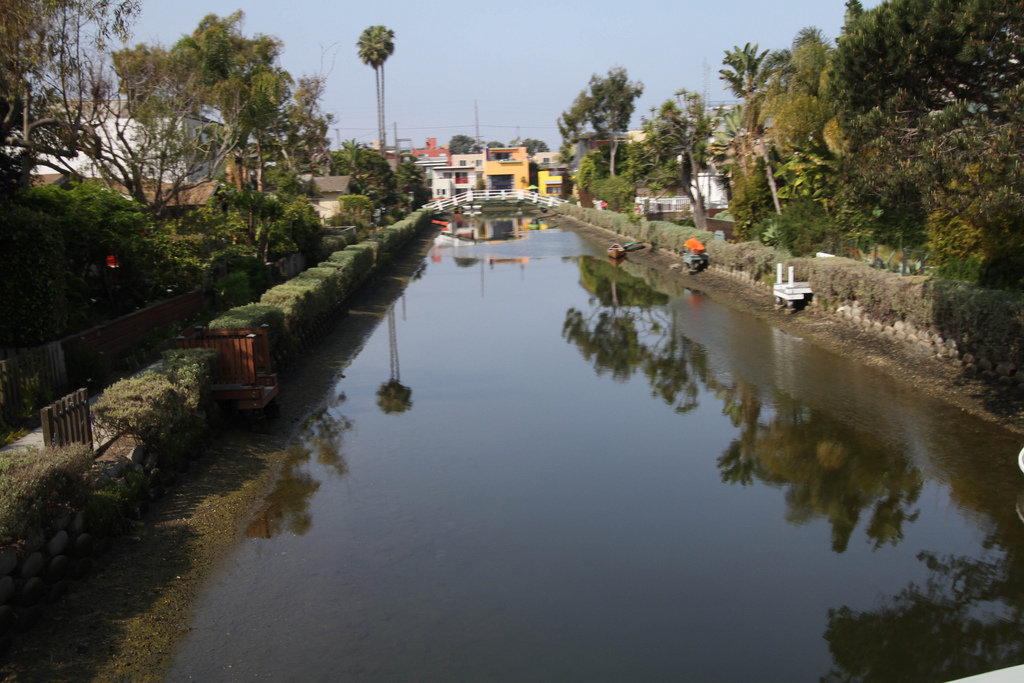