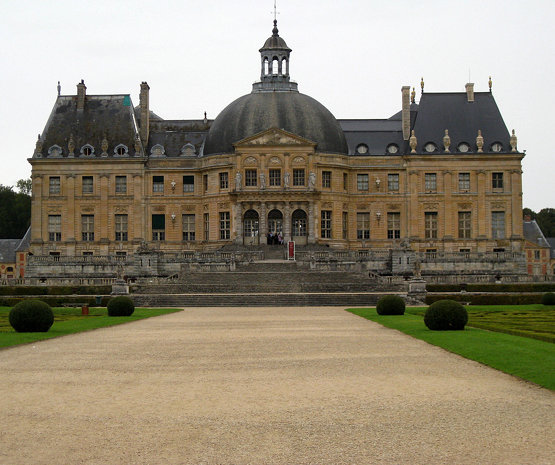 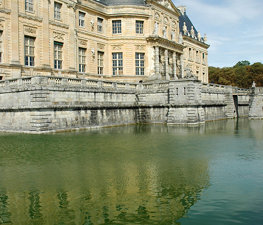 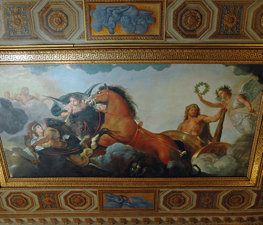 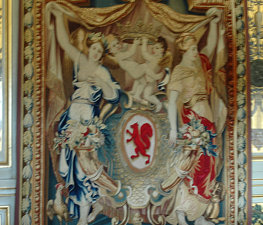 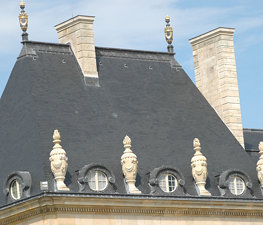 The Château de Vaux-le-Vicomte is a baroque French chateau located in Maincy, near Melun, 55 km southeast of Paris in the Seine-et-Marne département of France. It was built from 1658 to 1661 for Nicolas Fouquet, Marquis de Belle-Isle (Belle-Ile-en-Mer), Viscount of Melun and Vaux, the superintendent of finances of Louis XIV.

Vaux-le-Vicomte was in many ways the most influential work built in Europe in the mid-17th century, the most elaborate and grand house built in France after the Château de Maisons. Here, the architect Louis Le Vau, the landscape architect André le Nôtre, and the painter-decorator Charles Le Brun worked together on a large-scale project for the first time. Their collaboration marked the beginning of a new order: the magnificent manner that is associated with the "Louis XIV style" involving a system of collective work, which could be applied to the structure, its interiors and works of art and the creation of an entire landscape. The garden's use of a baroque axis that extends to infinity is an example of this style.

a small château located between the royal residences of Vincennes and Château de Fontainebleau, the estate of Vaux-le-Vicomte was purchased by Nicolas Fouquet in 1641. At that time he was an ambitious twenty-six year-old member of the Parlement of Paris. Fouquet was an avid patron of the arts and attracted many artists with the gifts and encouragements he poured out on them. A few of those artists were Le Nôtre, Le Brun, and Molière.

When Fouquet became King Louis XIV's superintendent of finances (Minister of the Economy, Finance and Industry (France)) in 1657, he commissioned the architect Louis Le Vau, the painter-decorator Charles Le Brun and the landscape architect André Le Nôtre to renovate his estate and garden to match his grand ambition. Fouquet’s artistic and cultivated personality were great motivations that subsequently brought out the best of the three.

For the construction of Vaux Le Vicomte’s garden, as well as its castle, Fouquet purchased three villages and demolished them in order to provide enough ground for the elaborate plan. These displaced villagers were then employed in the upkeep and maintenance of the garden. It was said to have employed eighteen thousand workers and cost as much as sixteen million livres (equivalent to 64 million US dollars).

The château and its patron became for a short time a great center of fine feasts, literature and arts. The poet La Fontaine and the playwright Molière were among the artists close to Fouquet. In the inauguration of Fouquet's Vaux-le-Vicomte, a Molière play was performed, along with a dinner event, organized by François Vatel, and showing an impressive firework show.

The château was lavish, refined, and dazzling to behold, but these characteristics proved tragic to its owner. Indeed, the King had Fouquet arrested shortly after a famous fête that took place on 17 August 1661, with Molière's play 'Les Fâcheux'. The celebration had been too impressive and the superintendent's home too luxurious. Jean-Baptiste Colbert had led the king to believe that his minister's magnificence was funded by the misappropriation of public funds. Colbert, who then replaced Fouquet as superintendent of finances, arrested him. Later, Voltaire was to sum up the famous fête thus: "On 17 August, at six in the evening Fouquet was the King of France: at two in the morning he was nobody." La Fontaine wrote describing the fête, and shortly afterwards penned his Elégie aux nymphes de Vaux.

After Nicolas Fouquet was arrested and imprisoned for life, and his wife exiled, Vaux-le-Vicomte was placed under sequestration (sequestration (law)). The King seized, confiscated, and occasionally purchased 120 tapestries, the statues, and all the orange trees from Vaux Le Vicomte. He then sent the team of artists (Le Vau, Le Nôtre and Le Brun) to design what would be a much larger project than Vaux Le Vicomte, the palace and gardens of Versailles.

Madame Fouquet recovered her property ten years later and retired there with her eldest son. In 1705, after the death of her husband and son, she decided to put Vaux Le Vicomte up for sale.

The Maréchal de Villars became the new owner although he had never even set eyes on the place. In 1764 the Maréchal's son sold the estate to the Duke of Praslin, whose descendants would maintain the property for over a century. It is mistakenly believed that the château was the scene of a murder in 1847, when Charles Laure Hugues Théobald, killed his wife in her bedroom. This did no thappen here but at the Paris residence of the Duke.

In 1875, after thirty years of neglect, the estate was sold to Alfred Sommier in a public auction. The château was empty, some of the outbuildings had fallen into ruin, and the famous gardens were totally overgrown. The huge task of restoration and refurbishment began under the direction of the renowned architect Gabriel-Hippolyte Destailleur. When Sommier died in 1908, the château and the gardens had recovered their original appearance. His son, Edme Sommier, and his daughter-in-law completed the task. Today, his descendants continue to work on the preservation of Vaux Le Vicomte. The château remains a private property — owned by the comte de Vogüé — but, designated by the state as a monument historique, it welcomes visitors.

many châteaux in the north of France, Vaux is surrounded on three sides by a rectangular moat, with the axial arrival avenue continued across a bridge to the open forecourt. The structure is symmetrical and tightly integrated, with a slightly projecting central block and end pavilions, and two returned wings that project forward. Traditional tall slate roofs emphasize each structural element with a pyramidal cap.

At the rear, the structure is dominated by the projection of its central oval salon, which rises the full height of the house, under an oval dome.

as first laid out]] The château rises on an elevated platform in the middle of the woods and marks the border between unequal spaces, each treated in a different way. This effect is more distinctive today, as the woodlands are mature, than it was in the seventeenth century when the site had been farmland, and the plantations were new.

Le Nôtre's garden was the dominant structure of the great complex,stretching nearly a mile and a half (3km), with a balanced composition of water basins and canals contained in stone curbs, fountains, gravel walks, and patterned parterres that remains more coherent than the vast display Le Nôtre was to create at Versailles.

The site was naturally well-watered, with two small rivers that met in the park; the canalized bed of one forms the Grand Canal, which leads to a square basin.

Le Nôtre created a magnificent scene to be viewed from the house, using the laws of perspective. Le Notre used the natural terrain to his advantage. He placed the canal at the lowest part of the complex, thus hiding it from the main perspectival point of view. Past the canal, the garden ascends a large open lawn and ends with the Hercules column added in the 19th century. Shrubberies provided a picture frame to the garden that also served as a stage for royal fêtes.

Anamorphosis Abscondita in the Garden

Le Nôtre employed an optical illusion called anamorphosis abscondita in his garden design in order to establish decelerated perspective. This technique is a projection of forms beyond themselves. The most apparent change in this manor is of the reflecting pools. They are lengthened so as to appear closer to the viewer. From a certain point afar, the distortion created in the landscape elements is corrected and the eye perceives the elements to be closer than they actually are. This point for Vaux Le Vicomte is at the rear of the chateau. Standing atop the grand staircase one begins to experience the garden with a magnificent perspectival view.

This starting point, with the aid of anamorphosis abscondita, gives the impression that the entire garden is revealed in one single glance. The original view consists of symmetrical rows of shrubbery, avenues, fountains, statues, flowers and other pieces of nature developed to imitate nature. These elements of nature exemplify the Baroque’s desire to mold nature to fit their wishes, thus using nature to imitate nature. The center of the original view holds a large reflecting pool flanked by grottos holding statues in their many niches. The grand sloping lawn is not visible until one begins to explore the garden. On this exploration, the viewer is made aware of the optical elements involved and discovers that the garden is much larger than it looks. Next, a circular pool, previously seen as ovular due to foreshortening, is passed and a canal that bisects the site is revealed, as well as a lower level path. As the viewer continues on, the second pool shows itself to be square and the grottos and their niched statues become clearer. But, when one decides to walk towards the grottos, the relationship between the pool and the grottos appear awry. It is then that they discover that the grottos are actually on a much lower level than the rest of the garden and separated by a rather wide canal that is over half a mile (almost 1km) long. According to Allen Weiss, in Mirrors of Infinity, this optical effect is a result of the use of the tenth theorem of Euclid’s Optics which asserts that “the most distant parts of planes situated below the eye appear to be the most elevated.” In Fouquet’s time, interested parties could cross the canal in a boat, but walking around the canal provides a view of the woods that mark what is no longer the garden and shows the distortion of the grottos previously seen as sculptural. Once the canal and grottos have been passed, the large sloping lawn is reached and the garden is viewed from the initial viewpoint’s vanishing point, thus completing the circuit as intended by André Le Nôtre. The many discoveries made as one travels through the dynamic garden contrast the static view of the garden from the chateau.

Léna Le Rolland
The castle is really beautiful, you have to go to the rooftop called "le dôme" the view is breathtaking ! And the garden is one of the most incredible I've ever seen ! Take the little car : worth it.

Martin Robinson
The inspiration for Versailles, on a more "human" scale. You can imagine living here. Well worth an afternoon of your trip. Hour train ride from Paris, then ChateauBus to/from station.

Filmsquare
The Château appears in Moonraker (1979) as the estate of villain Hugo Drax. In the film it is superimposed onto the Mojave desert where it was supposedly transported "brick-by-brick".

Add to wishlist
I've been here
Visited
Forest of Fontainebleau

The forest of Fontainebleau is a mixed deciduous forest lying sixty 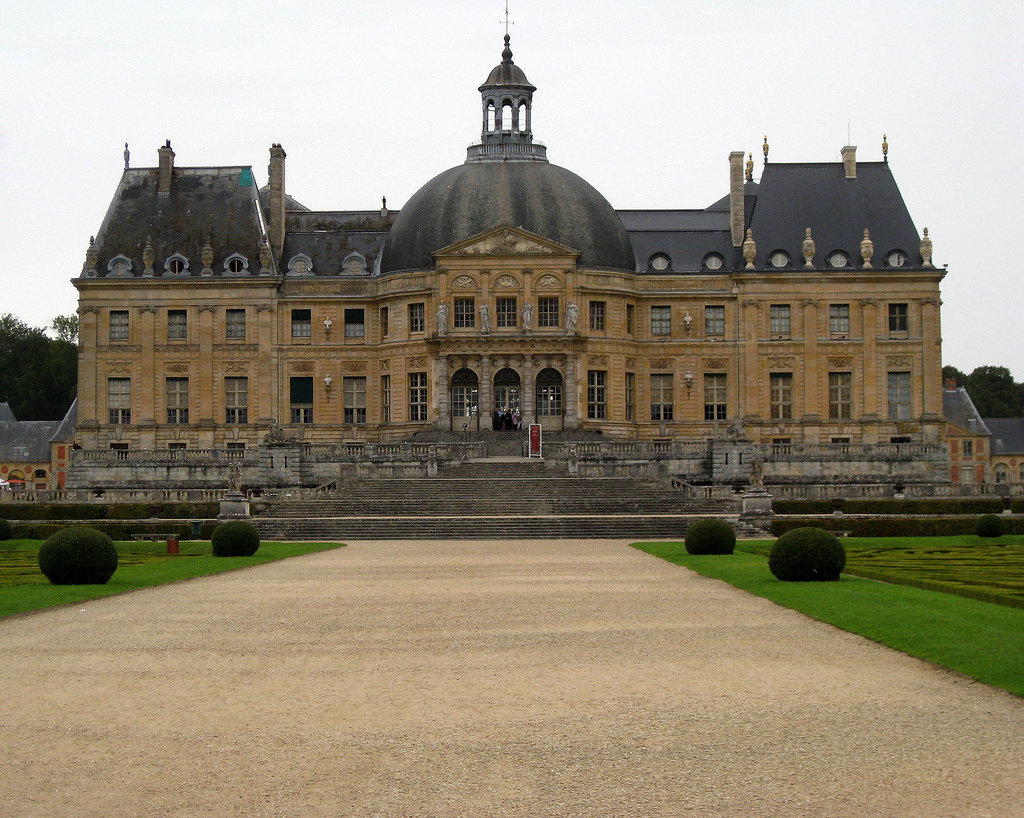 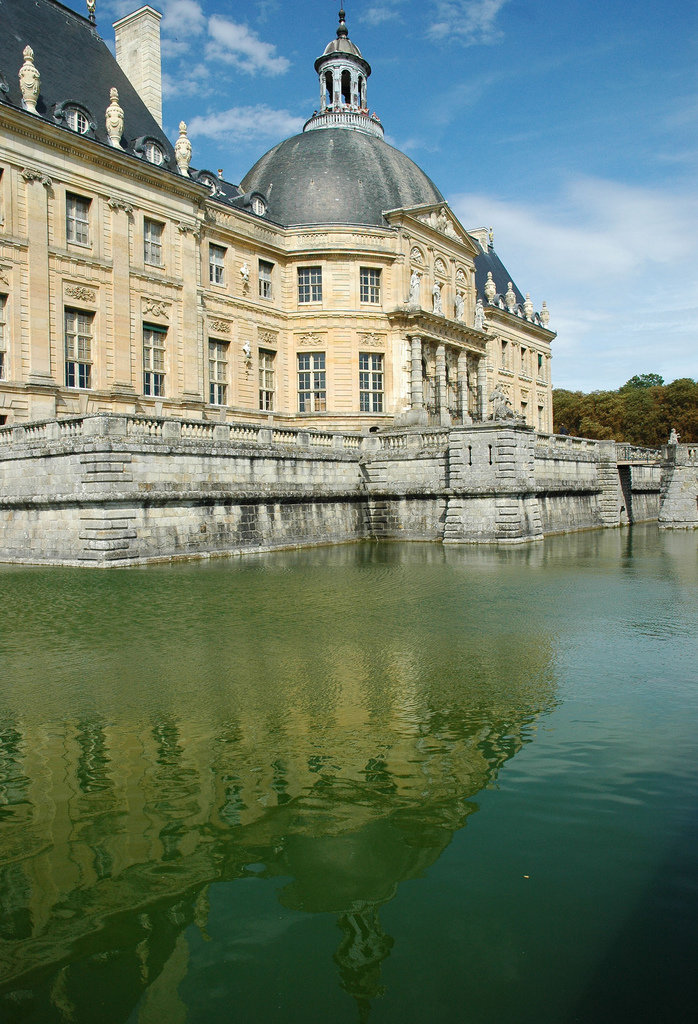 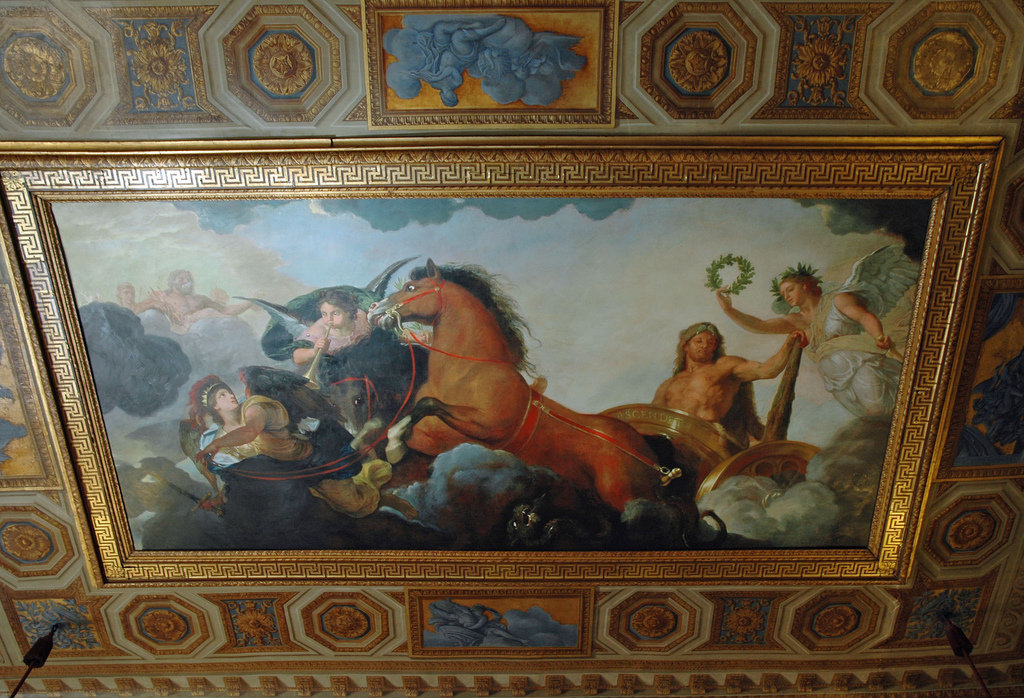 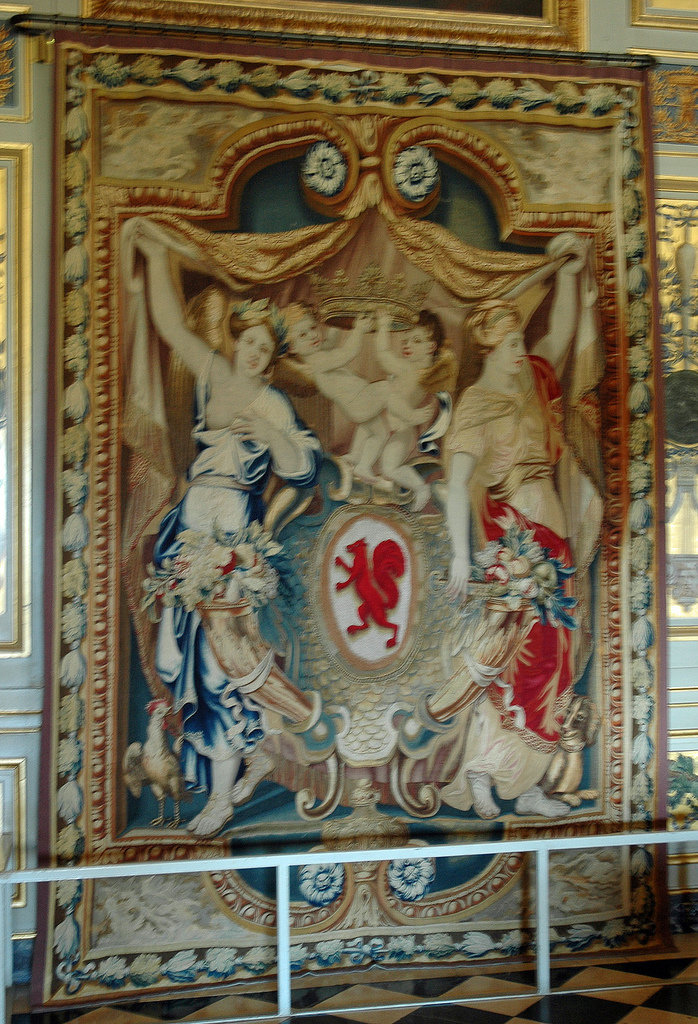 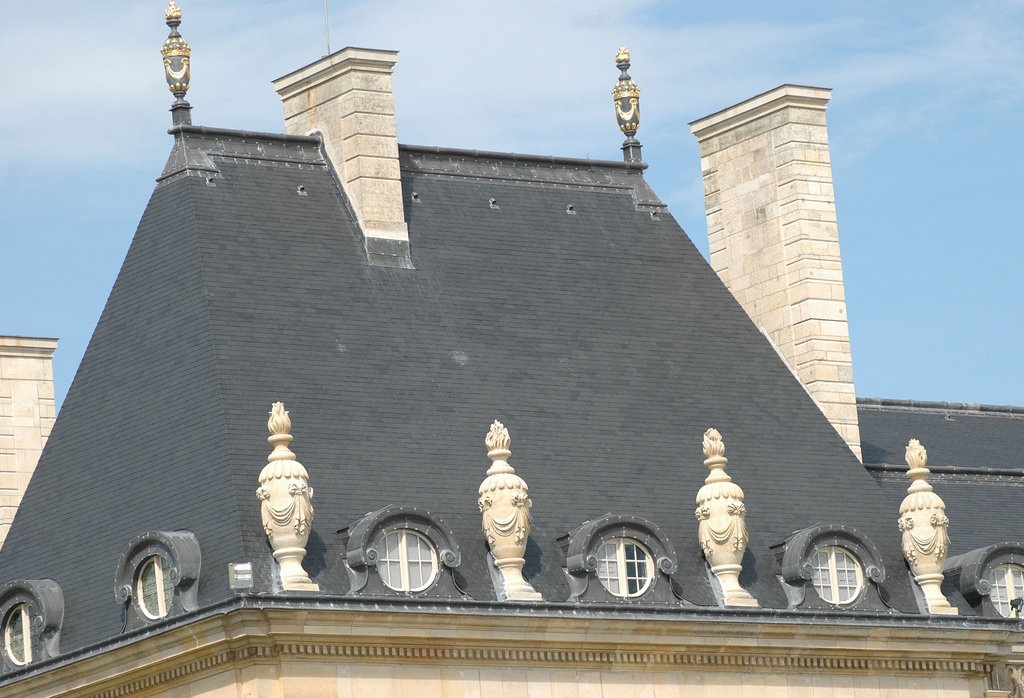 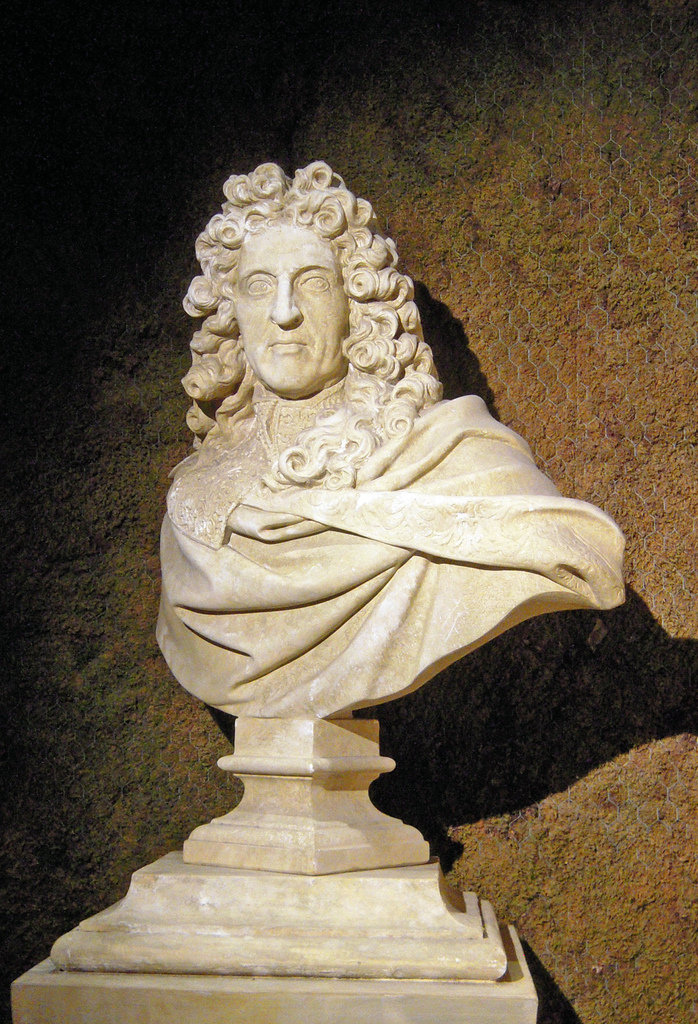 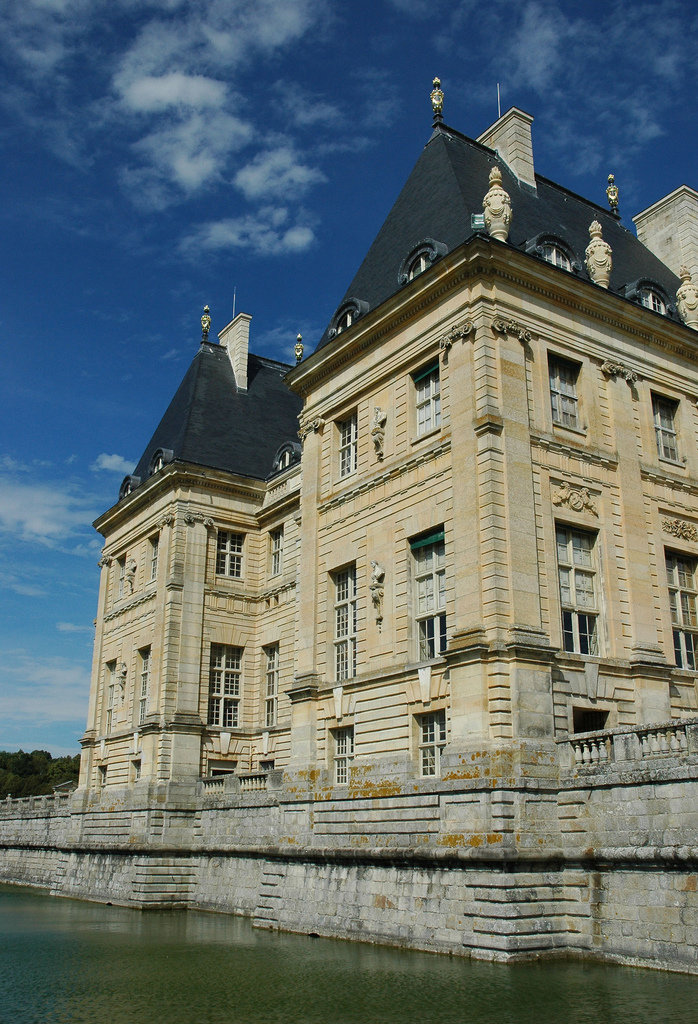 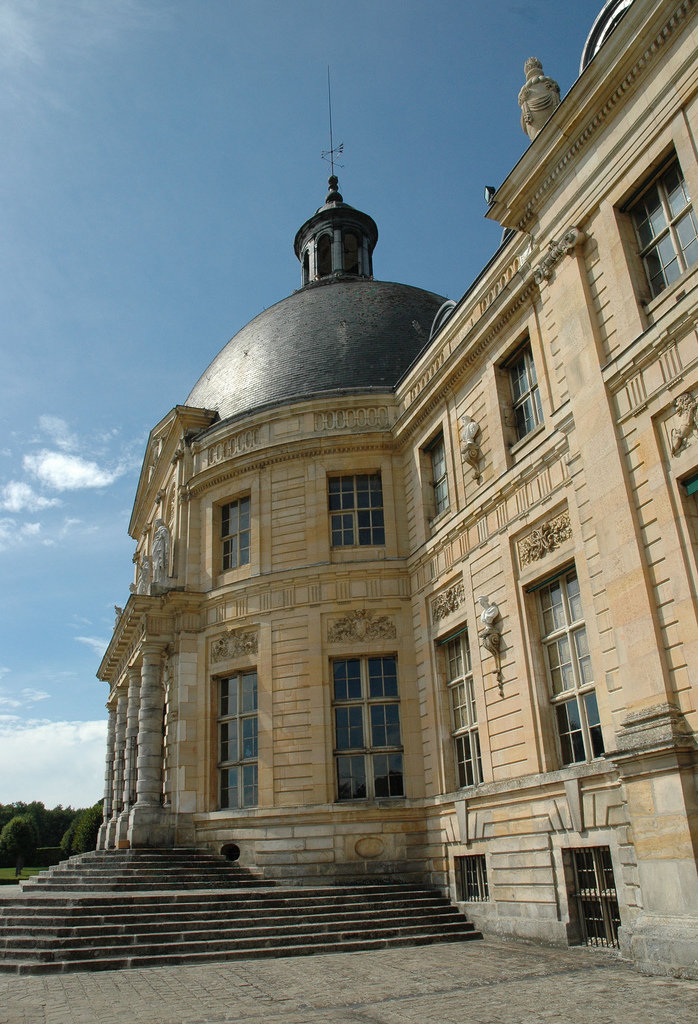 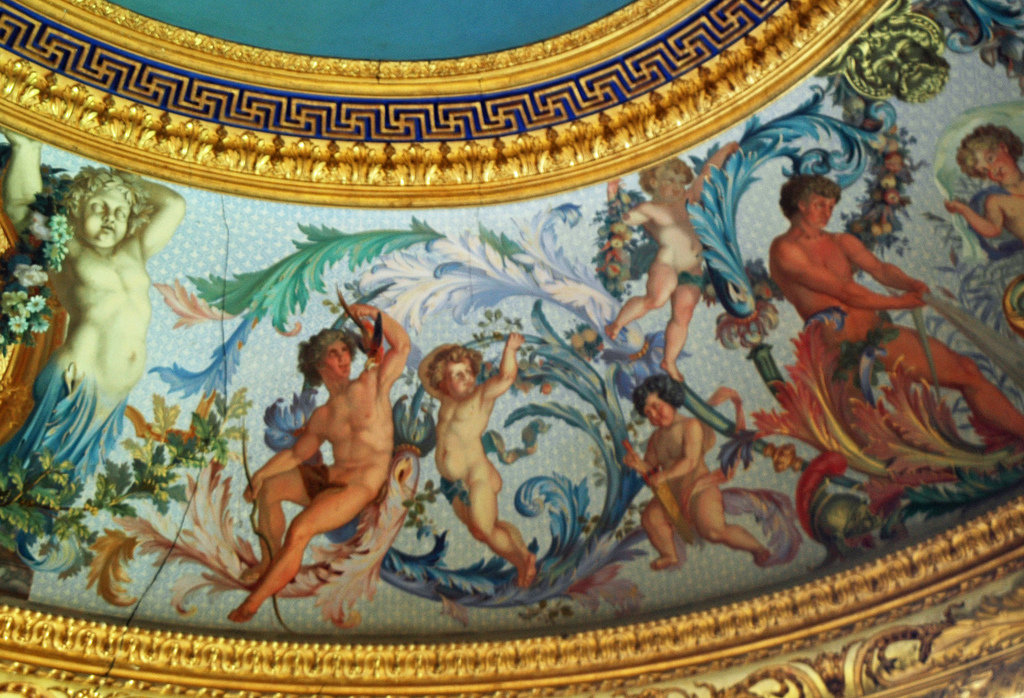 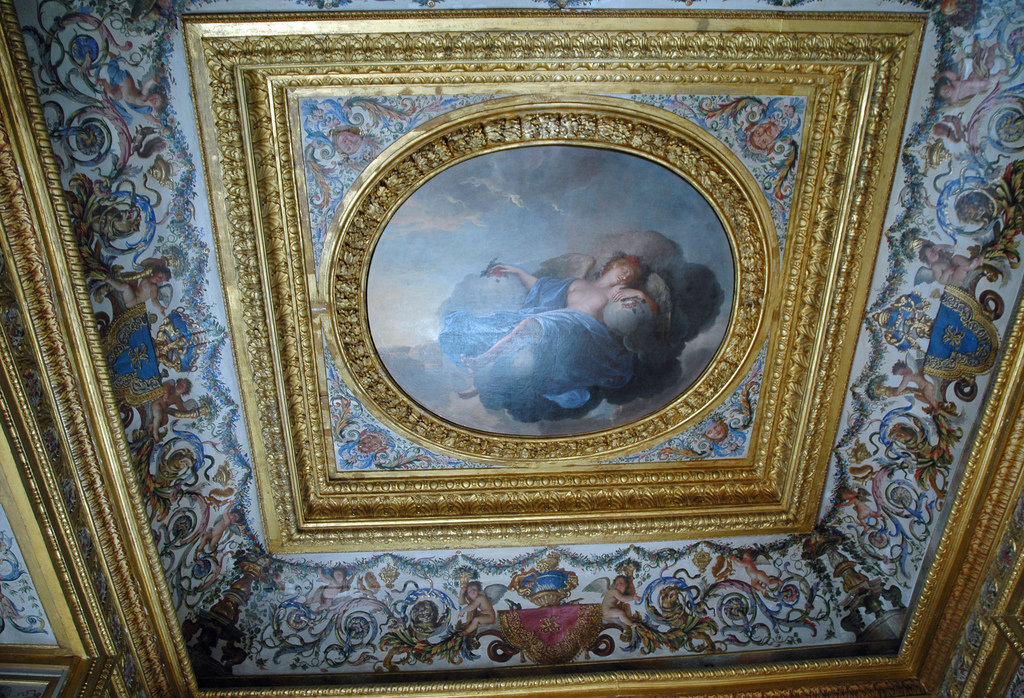 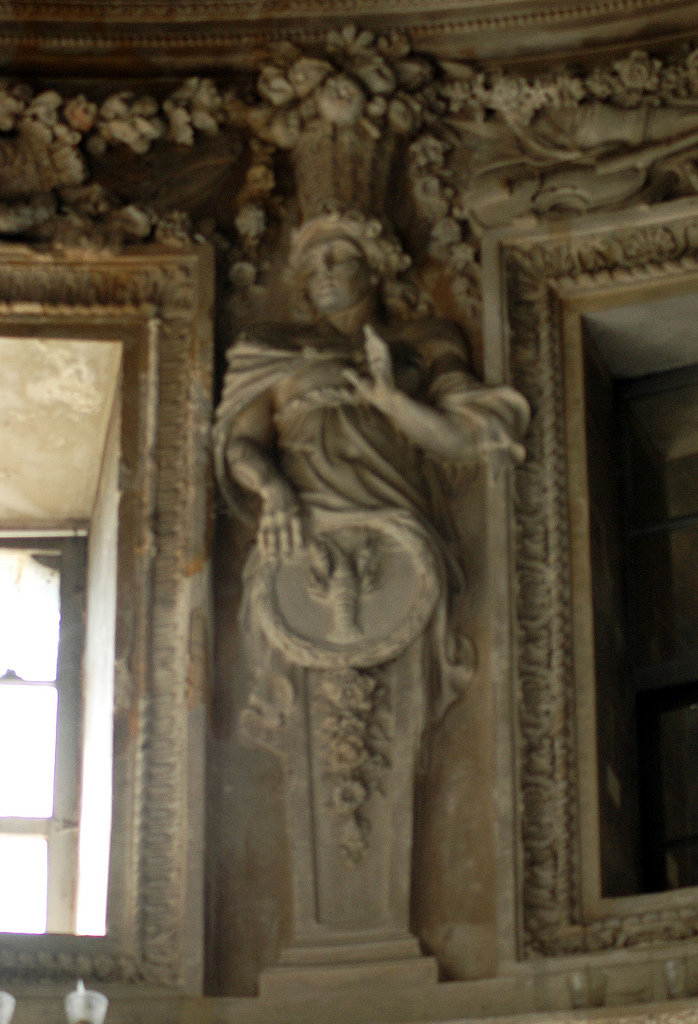 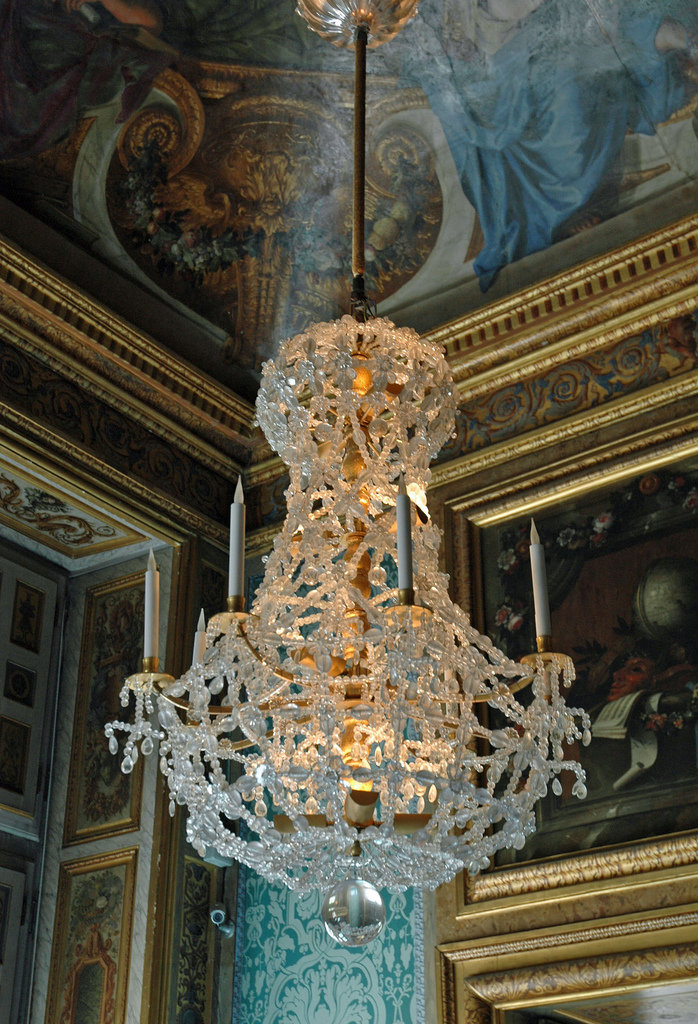 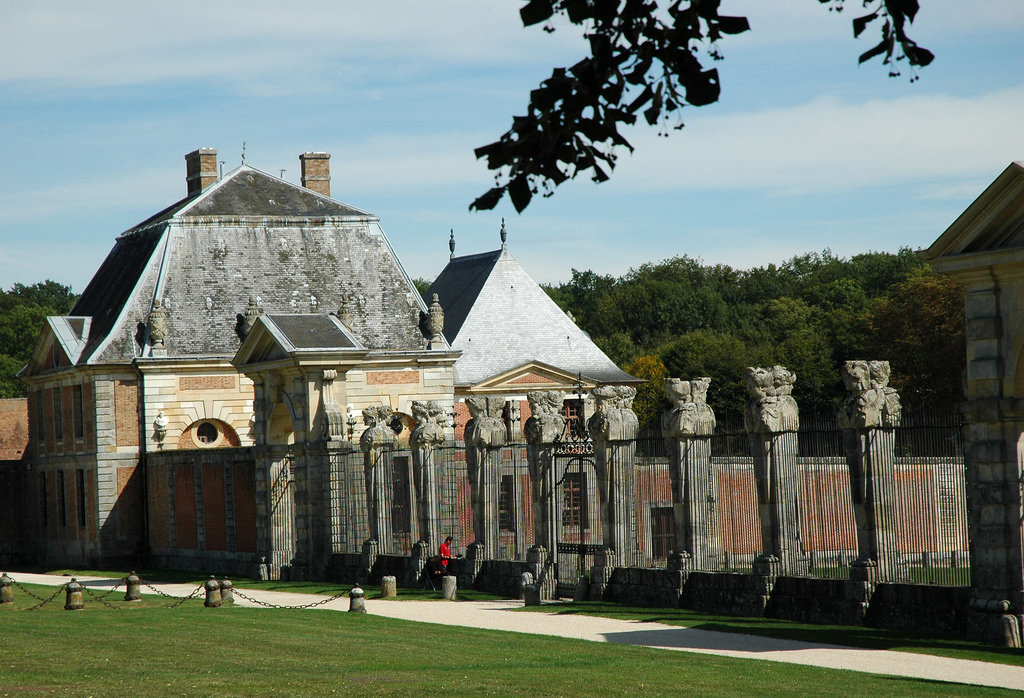 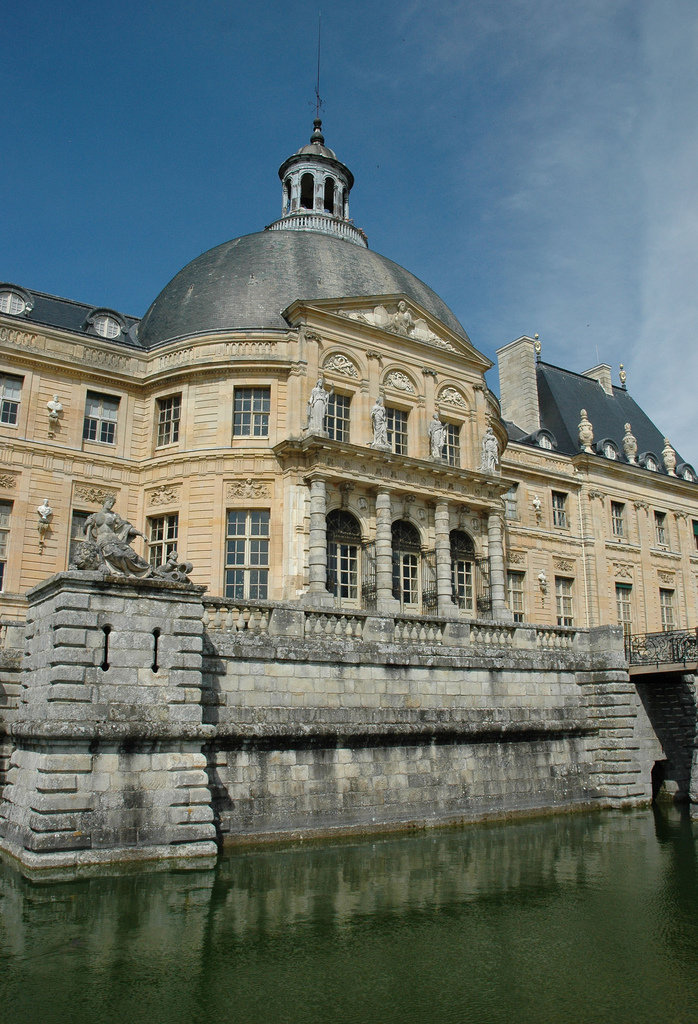 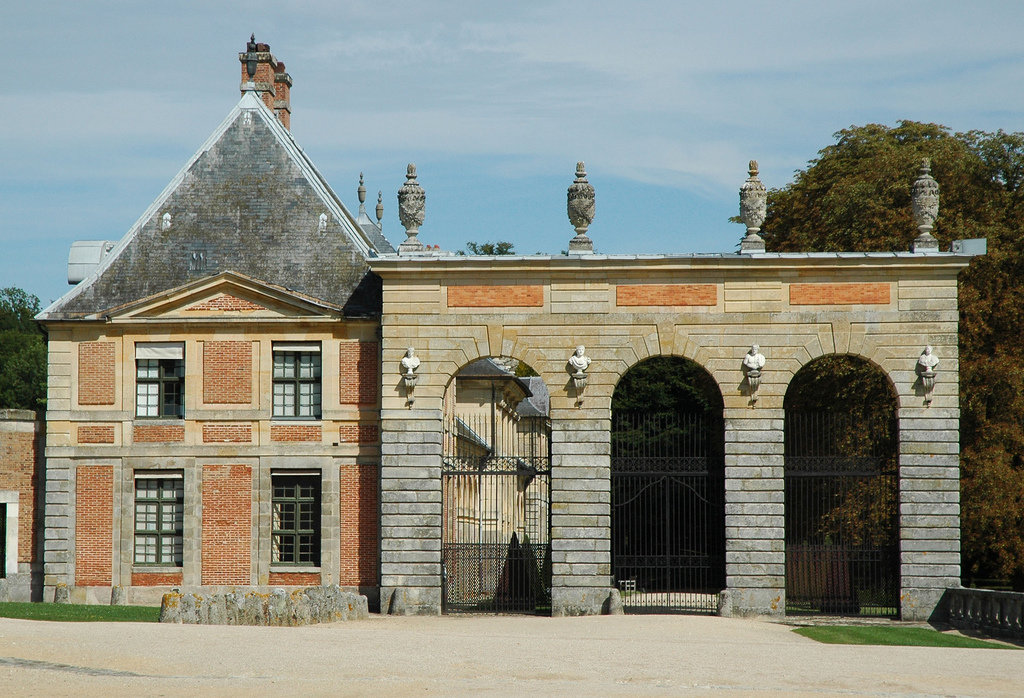 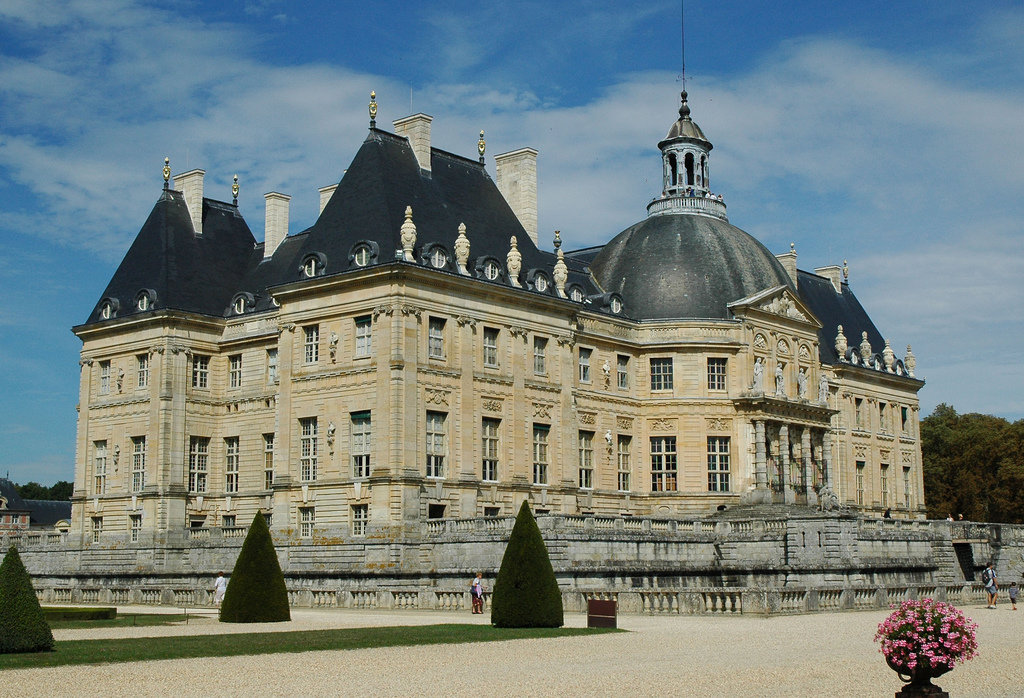 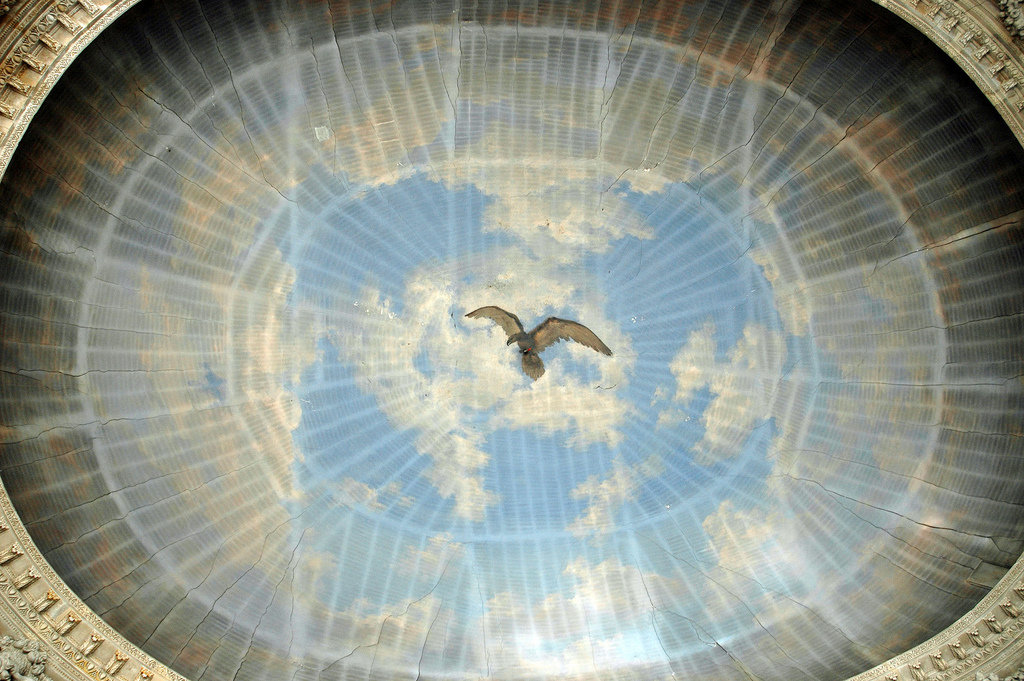 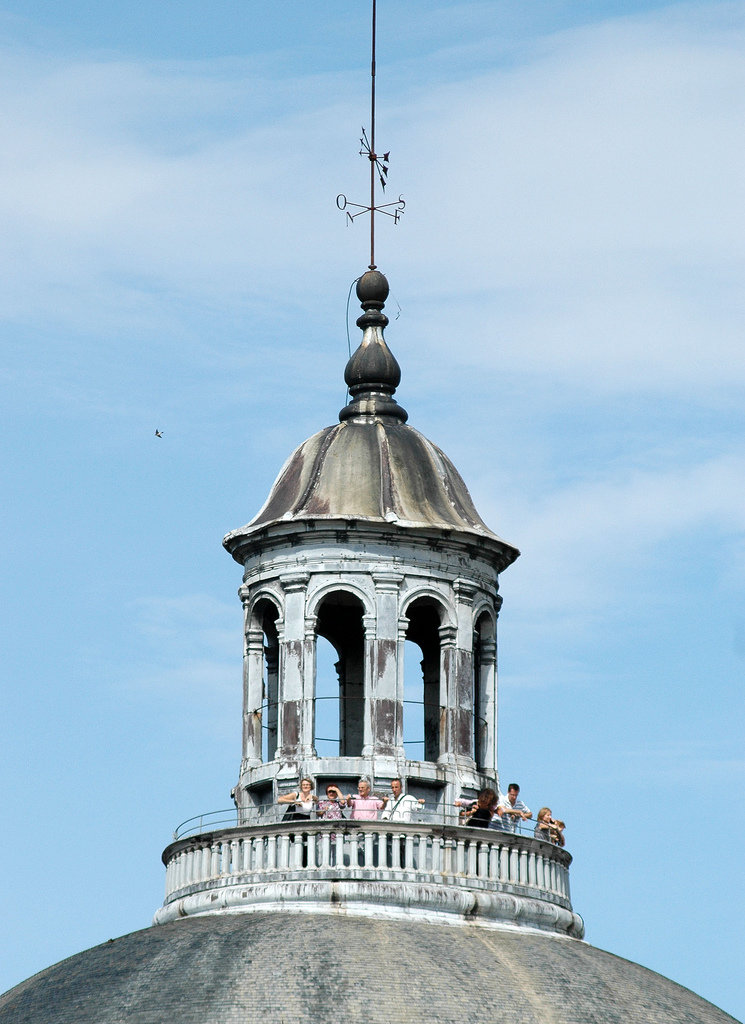 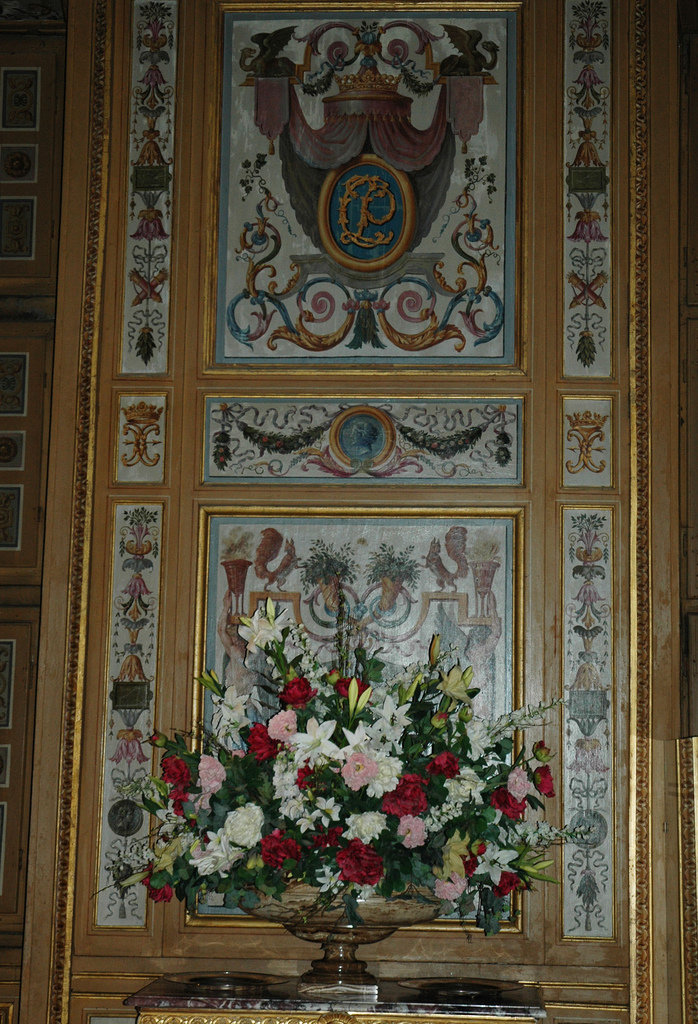 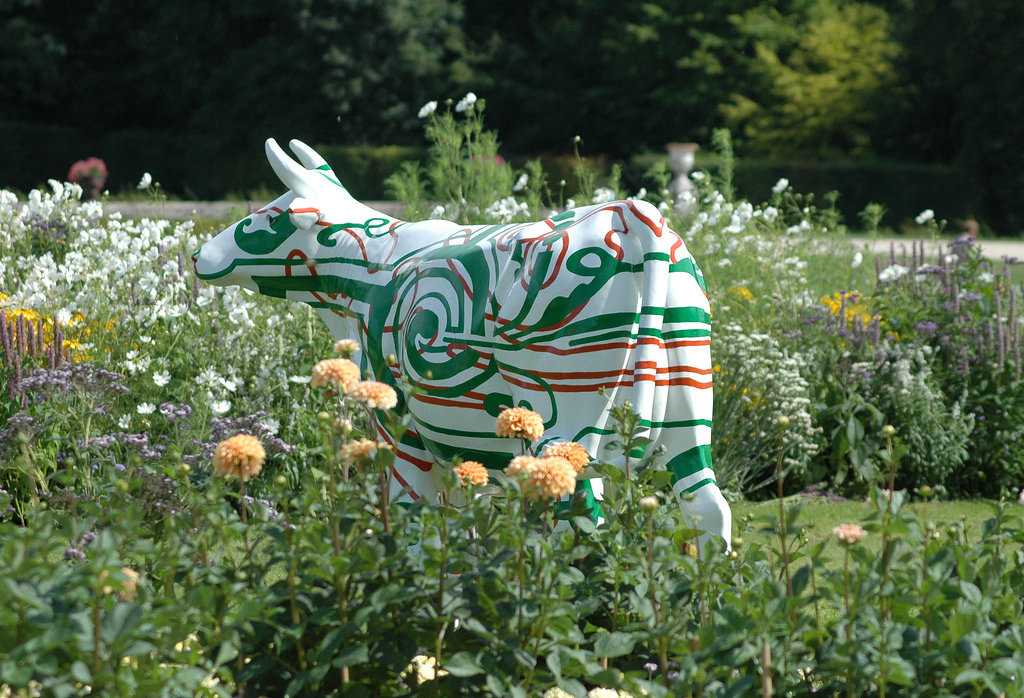 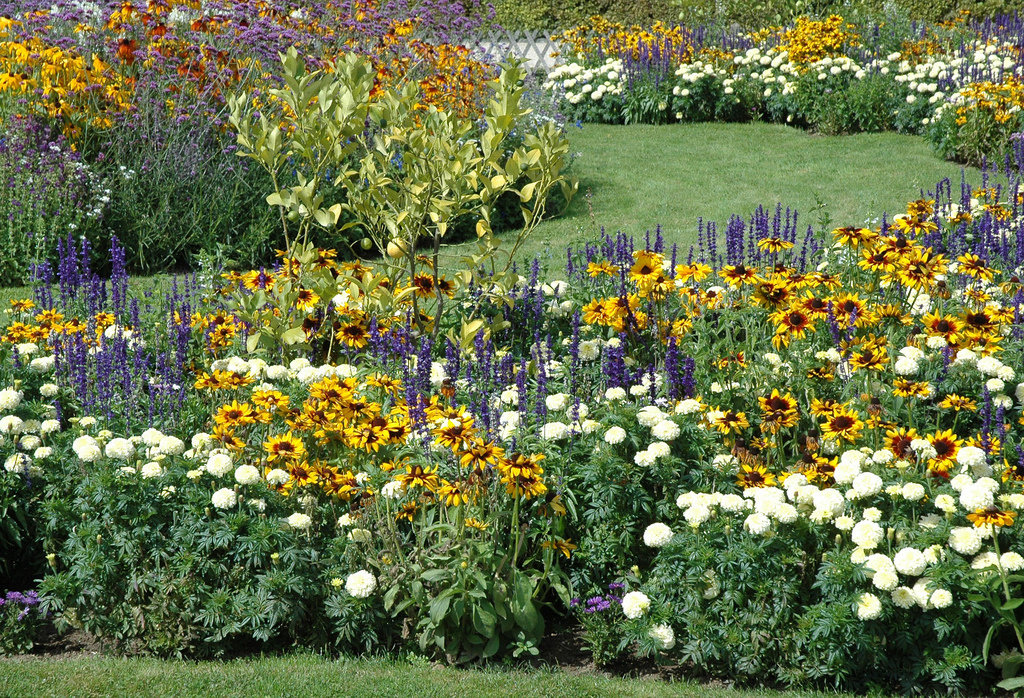