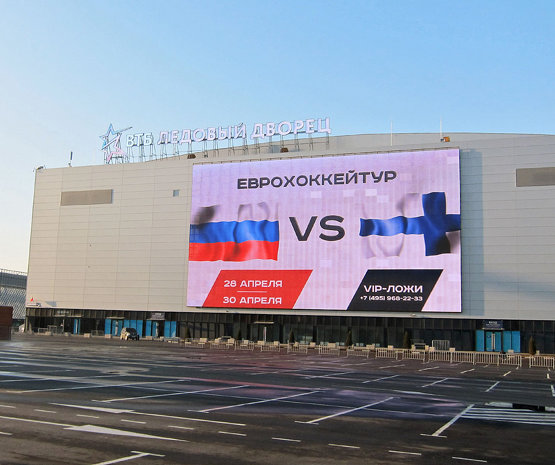 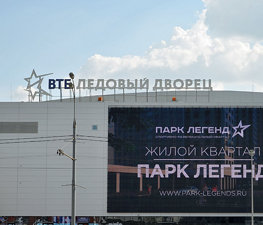 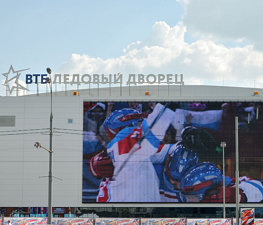 VTB Ice Palace (Russian: ВТБ Ледовый дворец), formerly known as Legends Arena (Russian: Арена Легенд) is an indoor multi-sport venue that is located in Moscow, Russia. Its name sponsor is VTB. The facility features 3 different indoor arenas, the "Large Arena", the "Small Arena", and a training facility, all housed in the same complex. Both the large and small arenas are multi-purpose venues.

The large arena has a seating capacity of 12,100 viewers for ice hockey and figure skating, 13,000 for basketball and 14,000 for wrestling, boxing, MMA, and concerts. The large arena also has 80 VIP luxury box suites.

The small arena has a seating capacity of 3,500 viewers for ice hockey and figure skating, 4,400 for basketball and 5,000 for wrestling, boxing, MMA, and concerts. The third arena, the training arena, has a capacity of 500.

In 2015, five of six matches of Channel One Cup were played in the VTB Ice Palace.

Max Khokhlov
The rink can be well seen pretty much from any spot in the venue.

South River Terminal is one of two passenger river terminals in 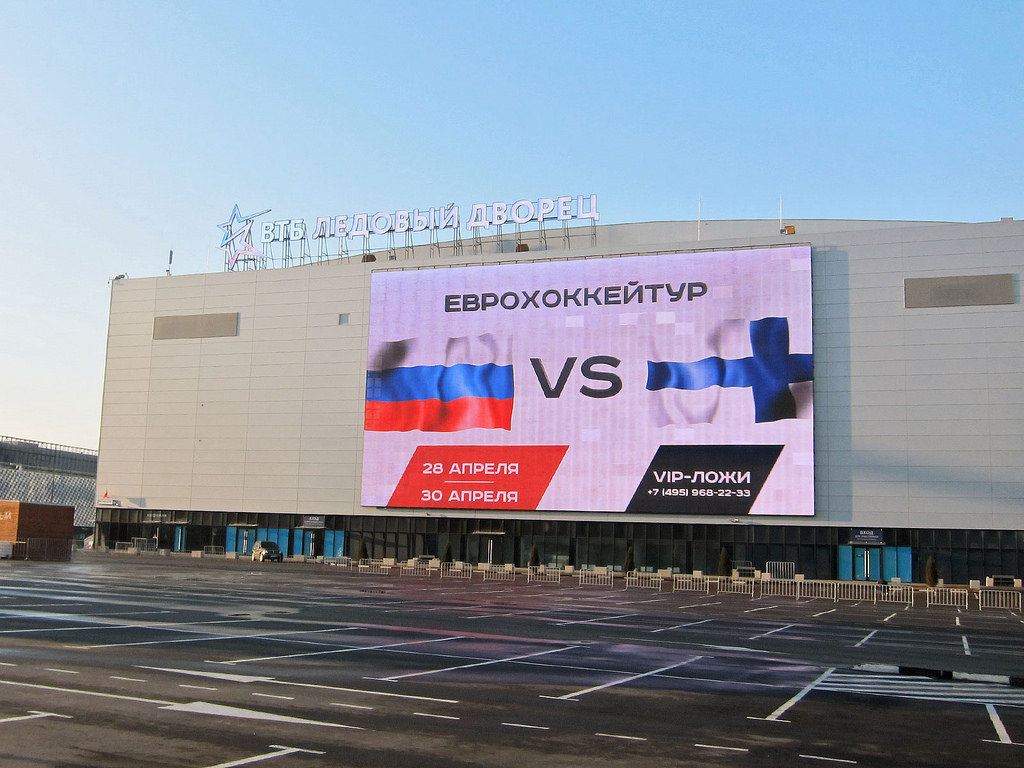 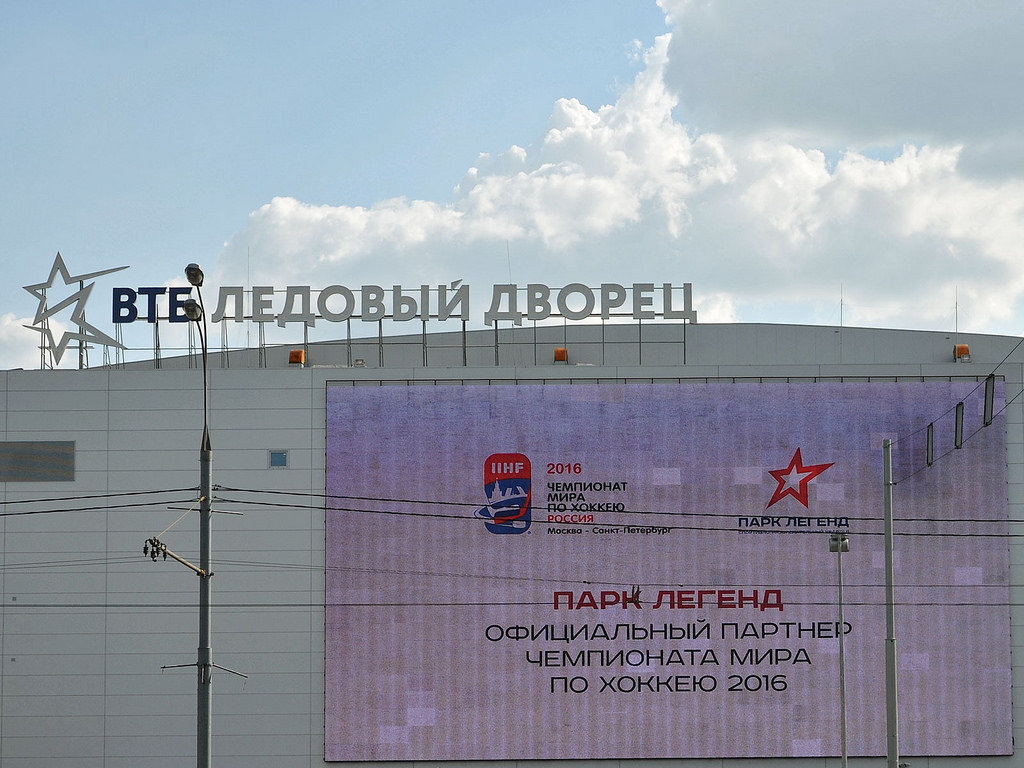 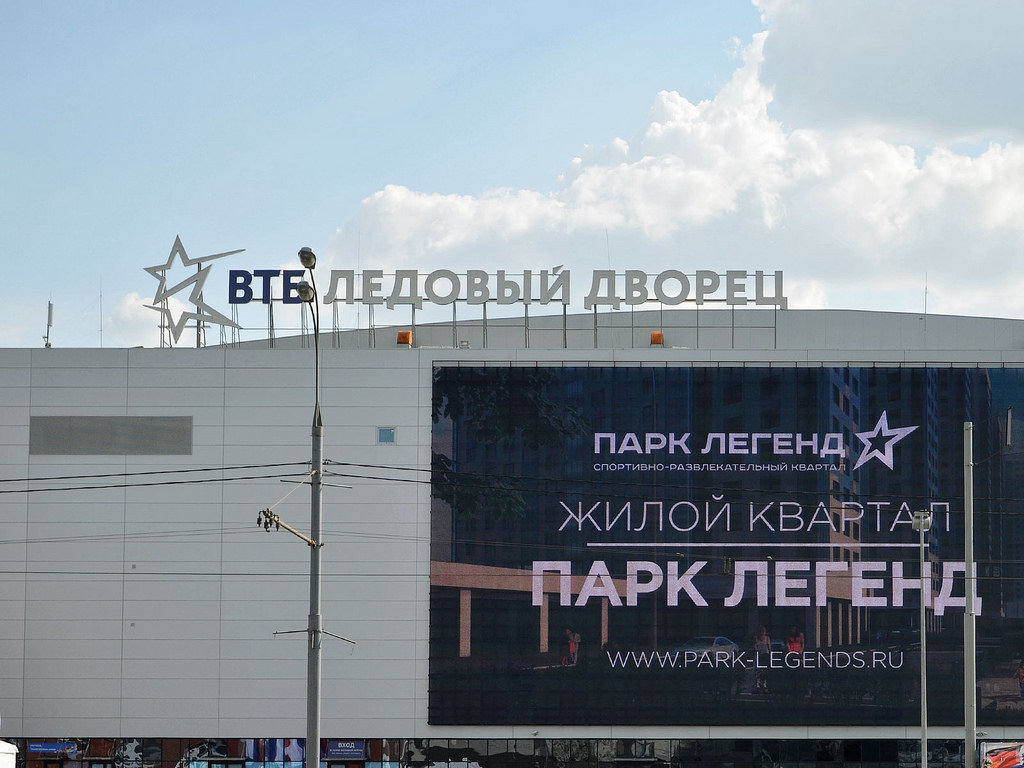 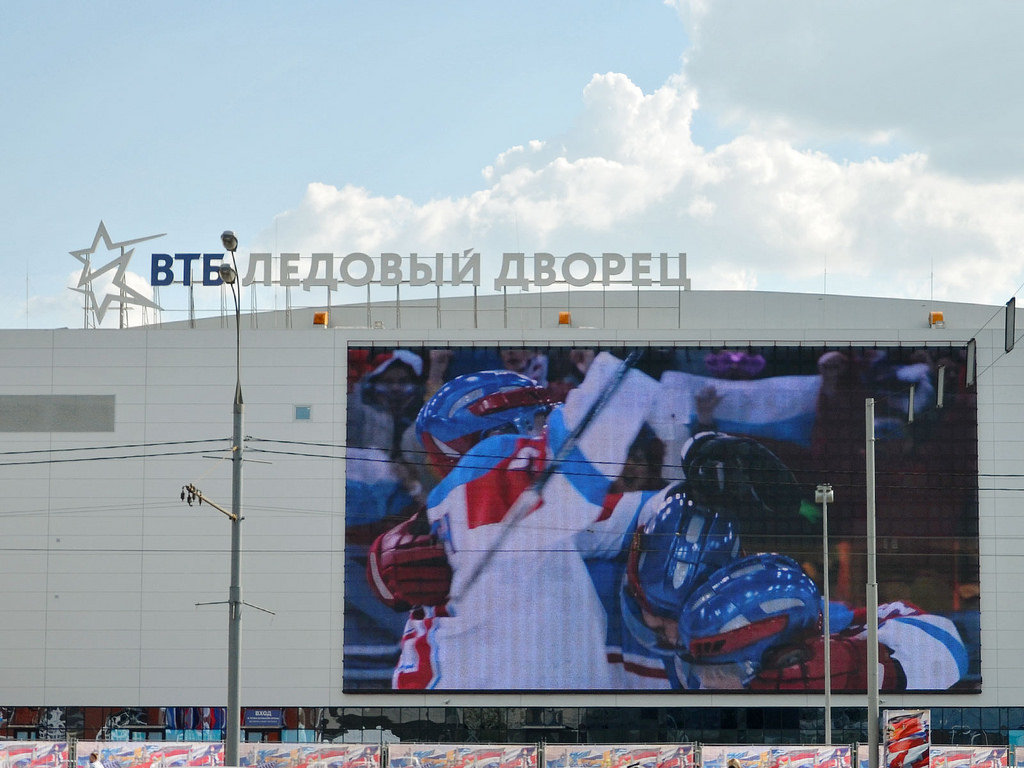