×
What are you looking for?
See all results
Maya sites in Chetulix 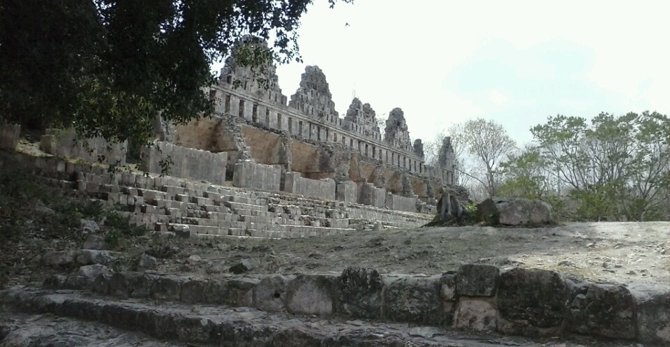 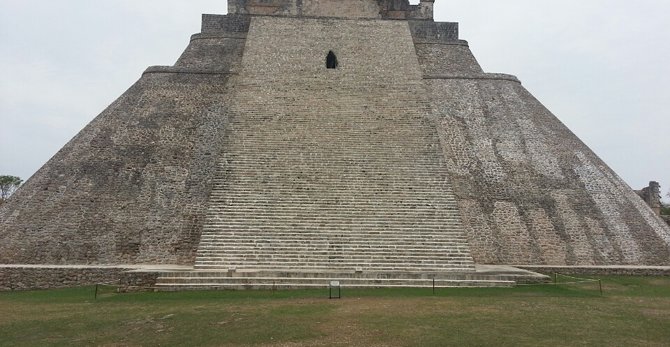 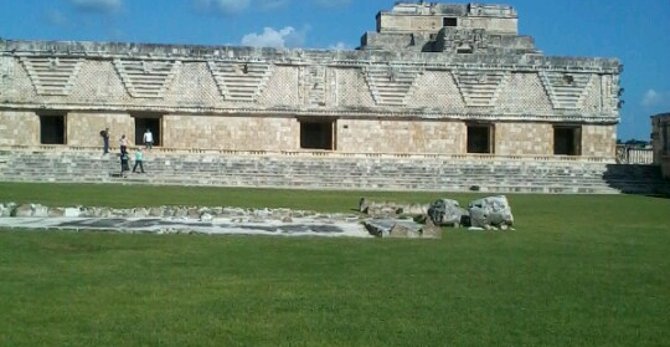 Uxmal (Yucatec Maya: Óoxmáal) is a large pre-Columbian ruined city of the Maya civilization in the state of Yucatán, Mexico. It is 78 km south of Mérida, Yucatán, or 110 km from that city on Highway 261 towards Campeche, Campeche), 15 km south-southeast of the town of Muna. Though it is thought to also have more than one hidden tomb of the gods.

Uxmal is pronounced "Oosh-mahl". The place name is Pre-Columbian and it is usually assumed to be an archaic Maya language phrase meaning "Built Three Times", although some scholars of the Maya language dispute this derivation.

While much work has been done at the popular tourist destination of Uxmal to consolidate and restore buildings, little in the way of serious archeological excavation and research has been done here, therefore the city's dates of occupation are unknown and the estimated population (about 25,000 people) is at present only a very rough guess subject to change upon better data. Most of the architecture visible today was built between about 700 and 1100.

Maya chronicles say that Uxmal was founded about 500 A.D. by Hun Uitzil Chac Tutul Xiu. For generations Uxmal was ruled over by the Xiu family, was the most powerful site in western Yucatan, and for a while in alliance with Chichen Itza dominated all of the northern Maya area. Sometime after about 1200 no new major construction seems to have been made at Uxmal, possibly related to the fall of Uxmal's ally Chichen Itza and the shift of power in Yucatan to Mayapan. The Xiu moved their capital to Maní, and the population of Uxmal declined.

After the Spanish conquest of Yucatán (in which the Xiu allied themselves with the Spanish), early colonial documents suggest that Uxmal was still an inhabited place of some importance into the 1550s, but no Spanish town was built here and Uxmal was soon after largely abandoned.

Description of the site

Even before the restoration work Uxmal was in better condition than many other Maya sites thanks to being unusually well built. Much was built with well cut stones set into a core of concrete not relying on plaster to hold the building together. The Maya architecture here is considered matched only by that of Palenque in elegance and beauty. The Puuc style of Maya architecture predominates. Thanks to its good state of preservation, it is one of the few Maya cities where the casual visitor can get a good idea of how the entire ceremonial center looked in ancient times.

Some of the more noteworthy buildings include:

A number of other temple-pyramids, quadrangles, and other monuments, some of significant size, and in varying states of preservation, are also at Uxmal. These include North Long Building, House of the Birds, House of the Turtles, Grand Pyramid, House of the Doves, and South Temple.

The majority of hieroglyphic inscriptions were on a series of stone stelae unusually grouped together on a single platform. The stelae depict the ancient rulers of the city, and they show signs that they were deliberately broken and toppled in antiquity; some were re-erected and repaired. A further suggestion of possible war or battle is found in the remains of a wall which encircled most of the central ceremonial center.

A large raised stone pedestrian causeway links Uxmal with the site of Kabah, some 18 km to the south. Archaeological research at the small island site of Uaymil, located to the west on the Gulf coast, may have served as a port for Uxmal and provided the site access to the circum-peninsular trade network.

Modern history of the ruins

The site, located not far from Mérida beside a road to Campeche, has attracted many visitors since the time of Mexico's independence. The first detailed account of the ruins was published by Jean Frederic Waldeck in 1838. John Lloyd Stephens and Frederick Catherwood made two extended visits to Uxmal in the early 1840s, with architect/draftsman Catherwood reportedly making so many plans and drawings that they could be used to construct a duplicate of the ancient city (unfortunately most of the drawings are lost). Désiré Charnay took a series of photographs of Uxmal in 1860. Some three years later Empress Carlota of Mexico visited Uxmal; in preparation for her visit local authorities had some statues and architectural elements depicting phallic themes removed from the ancient façades.

Sylvanus G. Morley made a map of the site in 1909 which included some previously overlooked buildings. The Mexican government's first project to consolidate some of the structures from risk of collapse or further decay came in 1927. In 1930 Frans Blom led a Tulane University expedition to the site which included making plaster casts of the façades of the "Nunnery Quadrangle"; using these casts a replica of the Quadrangle was constructed and displayed at the 1933 World's Fair in Chicago, Illinois. Unfortunately, the plaster replicas of the architecture were destroyed following the fair, but some of the plaster casts of Uxmal's monuments are still kept at Tulane's Middle American Research Institute. In 1936 a further Mexican government repair and consolidation program was begun under José Erosa Peniche.

Queen Elizabeth II of the United Kingdom visited on 27 February 1975 for the inauguration of the site's sound & light show; when the presentation reached the point where the sound system played the Maya prayer to Chaac, a sudden torrential downpour fell upon the gathered dignitaries, despite the fact that it was the middle of the dry season.Шаблон:Fact

Three hotels and a small museum have been built within walking distance of the ancient city.

Beatriz A
Love it! This place is gorgeous, the view from the top of the ruins is breathtaking, the part I loved the most is that is not crowded at all! You have to pay 2 entrances, the total is around 150 pesos

Wagner SL
One of the most fantastic Mayan ruins of the Yucatan Peninsula. Much quieter to visit than Chichen Itza, especially if you go early in the morning or late afternoon. Magnifique!

Pamela Foard
This is the most astonishing site we visited of the four we saw. Parts of it were built a little more recently than the others (Tulum, Izamal, Coba), so some of the buildings almost look new.

Ashley Dando
Impressive restored ruins, their is continual reconstruction happening to restore the sight. Great views from the tops of some of the structures, unfortunately you can’t climb the tallest one.

Michael Fuchs
After Chichén Itzá maybe the most impressive ruins on the Yucatán peninsula. Therefore very crowded. Come early or late but keep in mind they kick you out by 5pm.

Chris H.
Some of the best ruins in the area. Also don't forget the yucatecan buffet for a well-deserved feast after climbing up and down pyramids!
Load more comments
foursquare.com

See all hotels See all
The Lodge At Uxmal

Sayil is a Maya archaeological site in the Mexican state of Yucatán,

Labna (or Labná in Spanish orthography) is a Mesoamerican

Oxkintok is a pre-Columbian Maya archaeological site on the Yucatán

Mayapan (Màayapáan in Modern Maya), (in Spanish Mayapán) is a Pr

Chunchucmil was once a large, sprawling pre-Columbian Maya city

Acanceh is a town and ancient Maya archaeological site located in

Calakmul (also Kalakmul and other less frequent variants) is the name 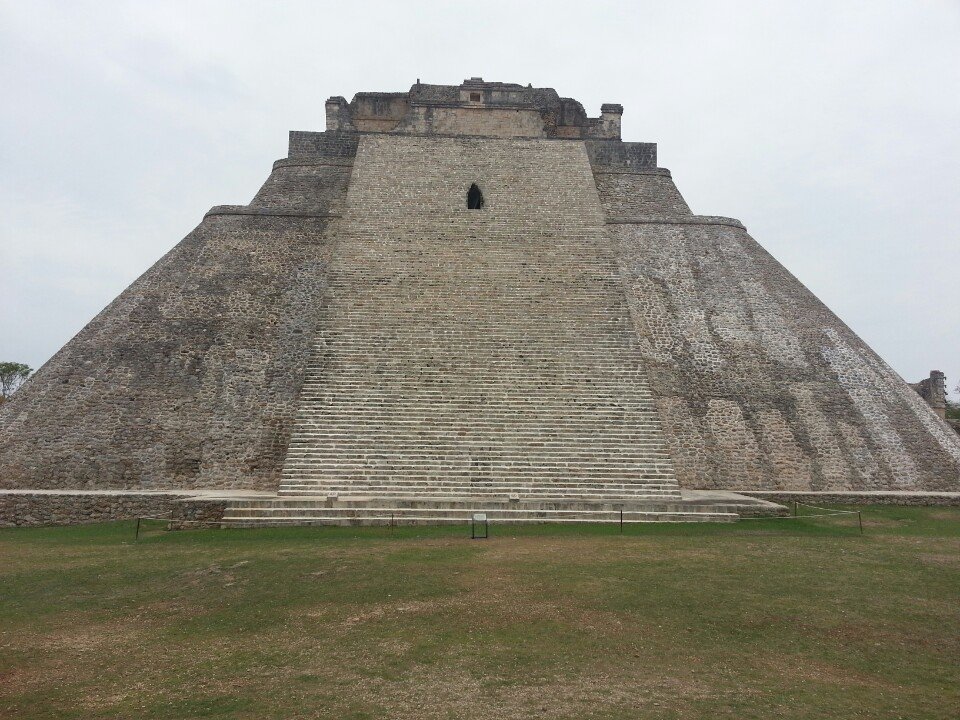 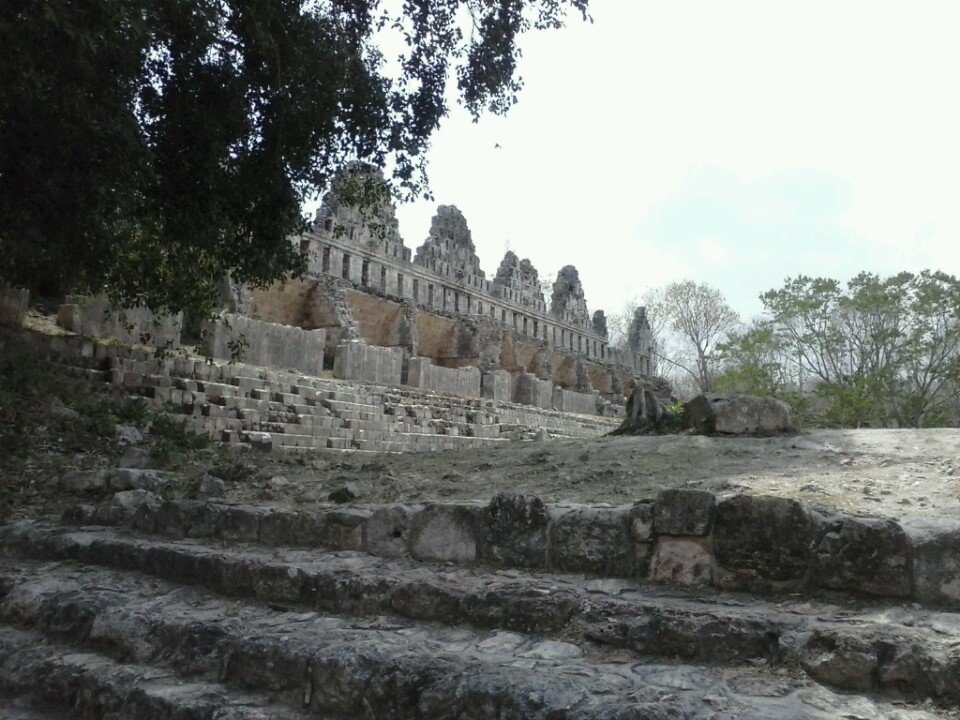 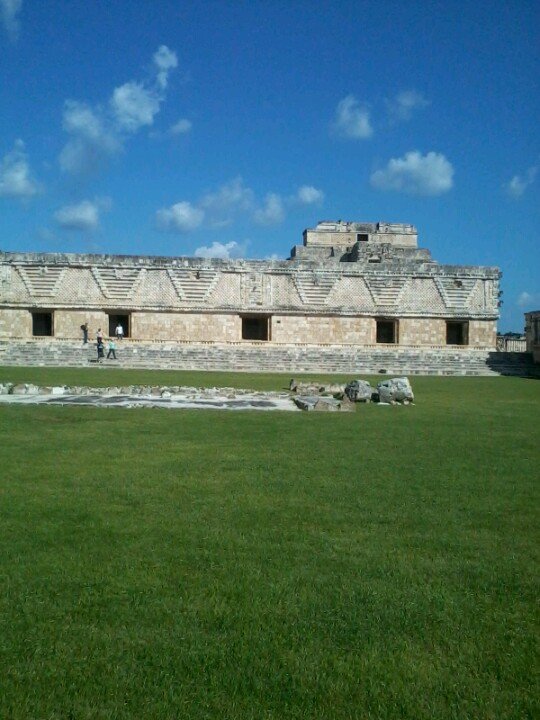 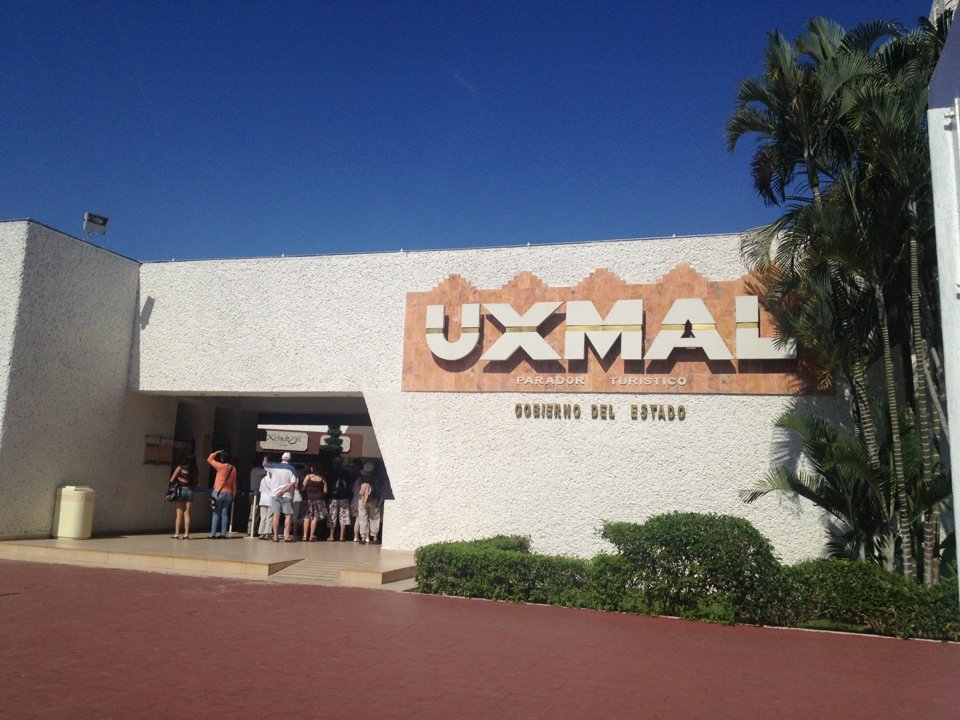 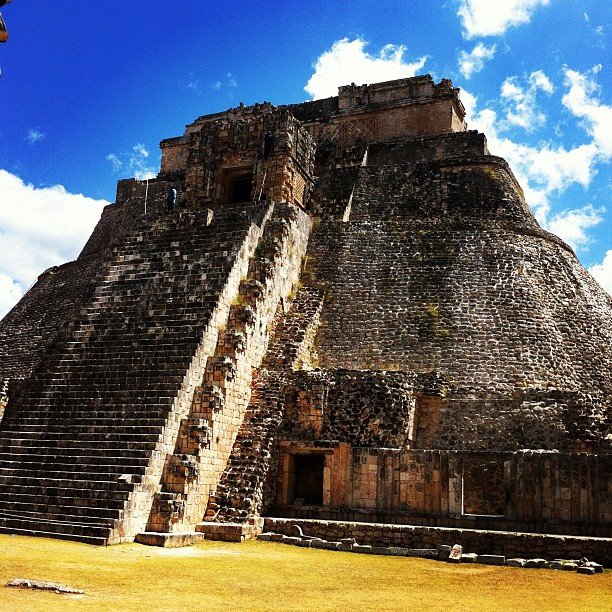 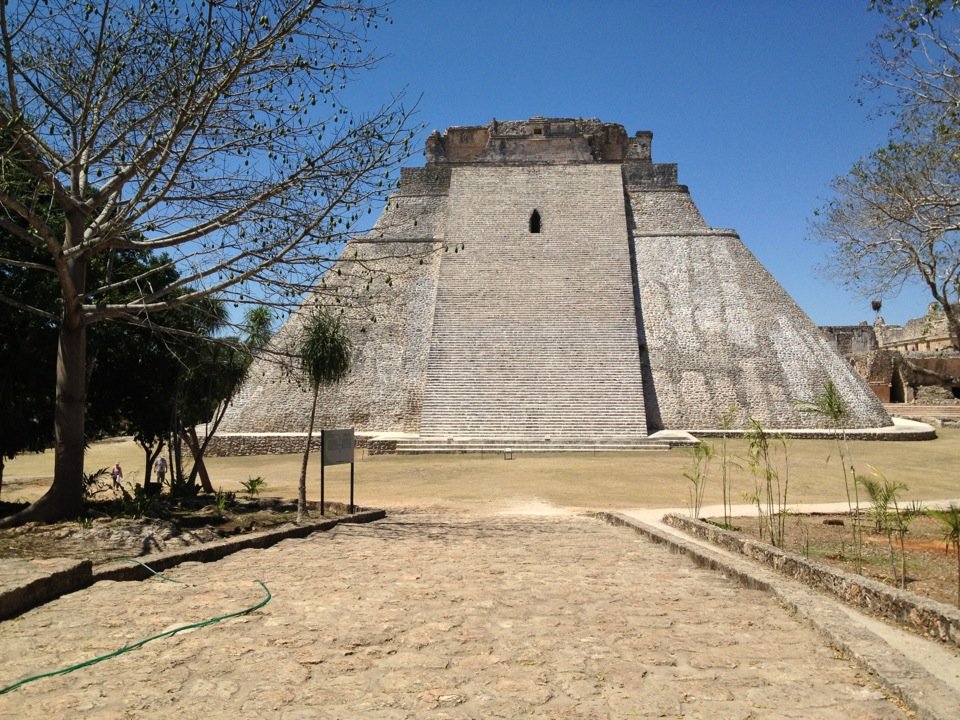 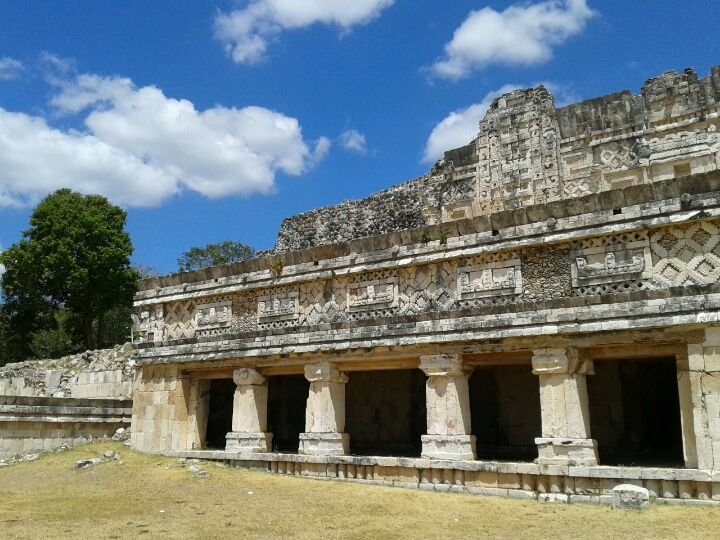 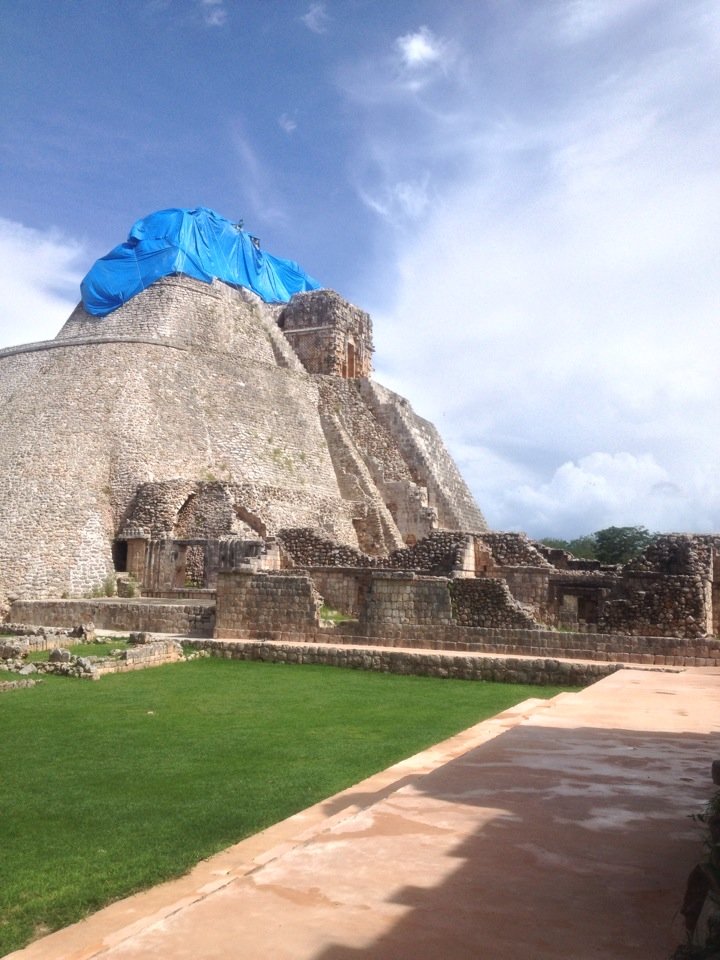 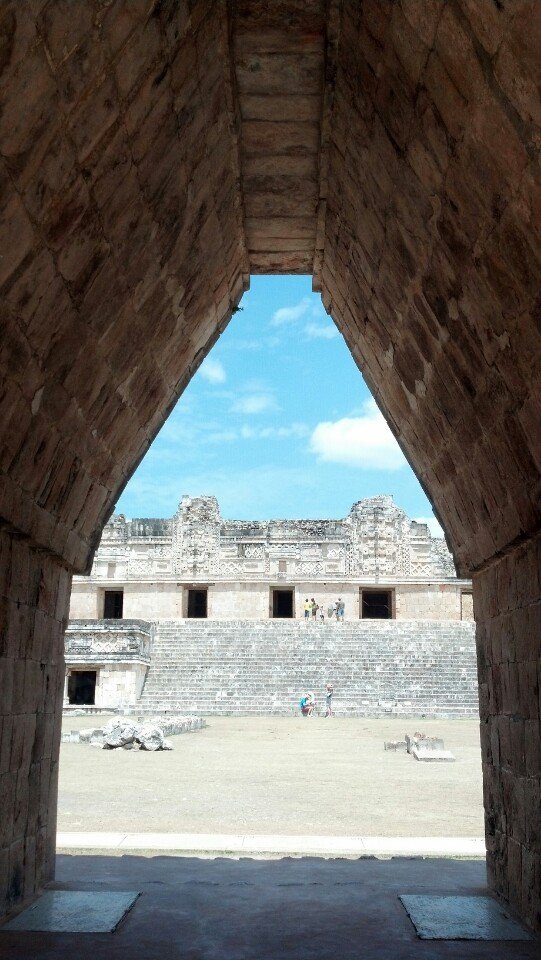 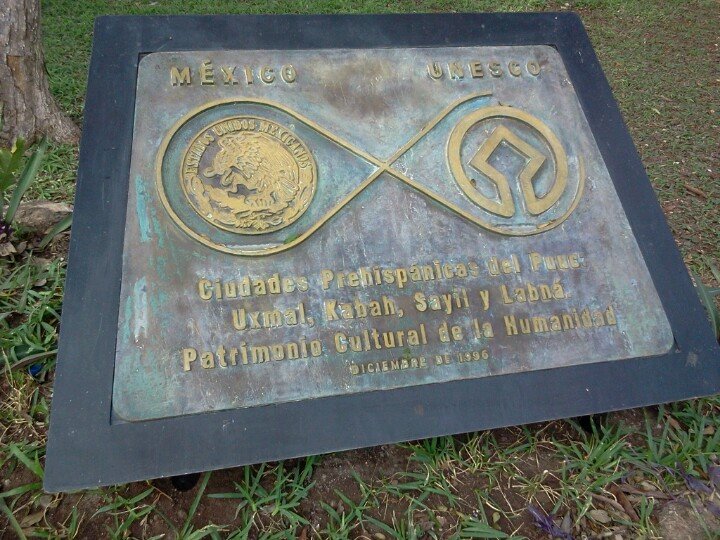 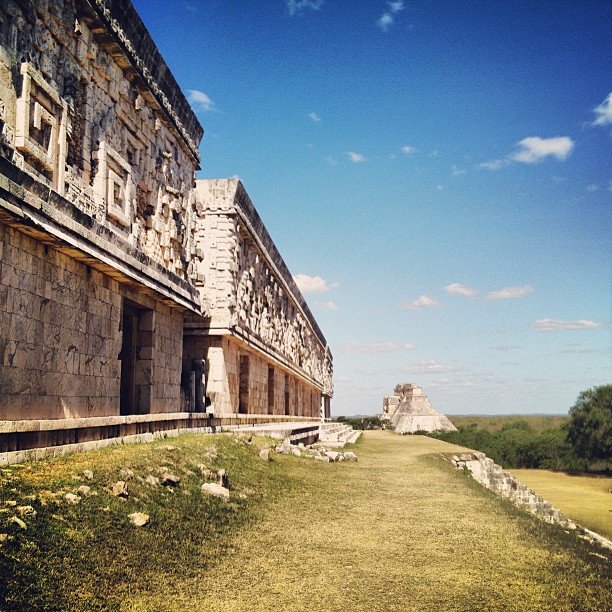 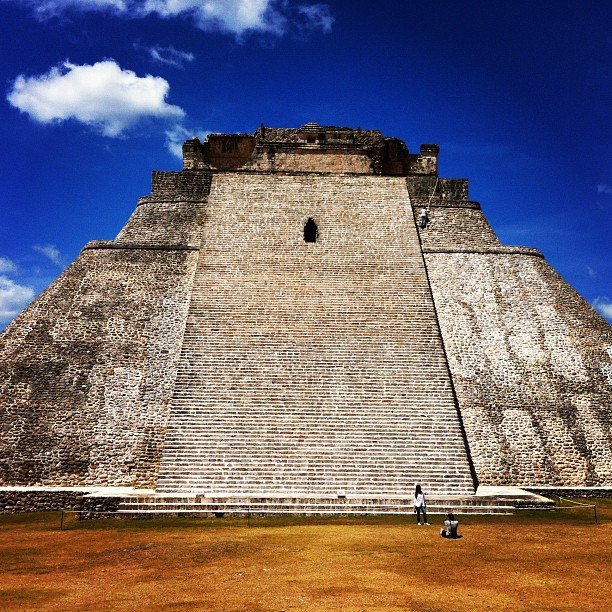 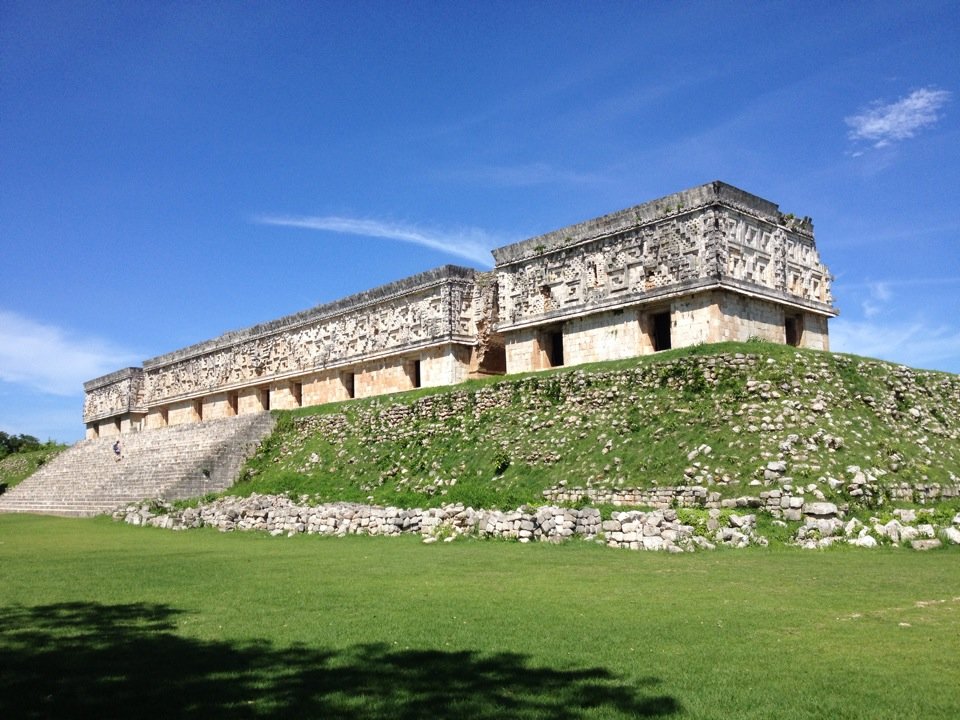 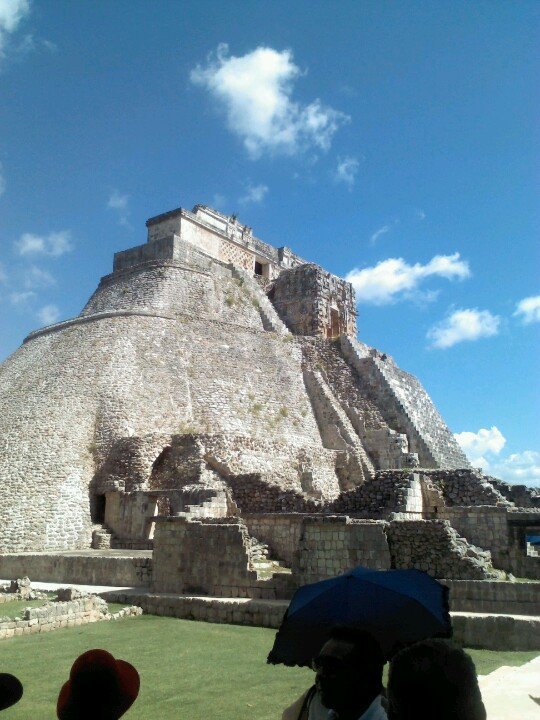 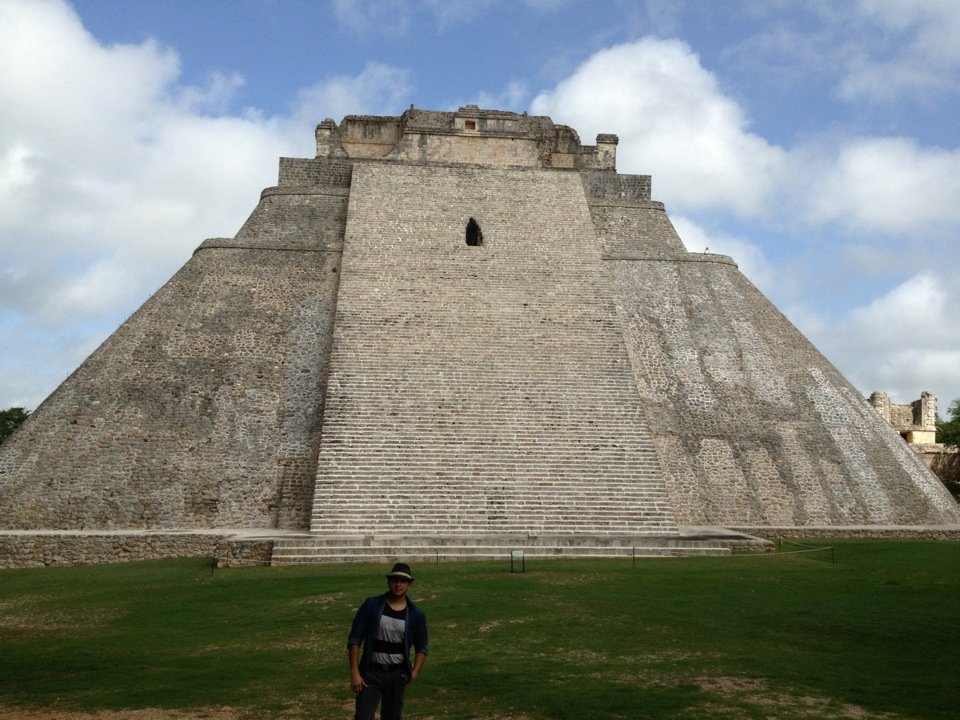 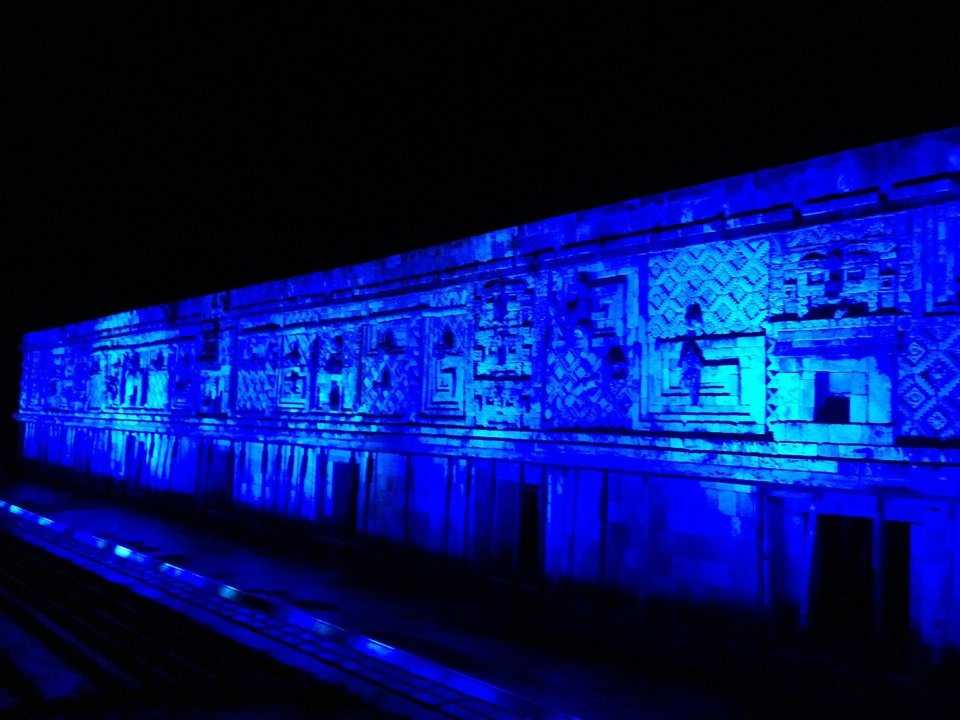 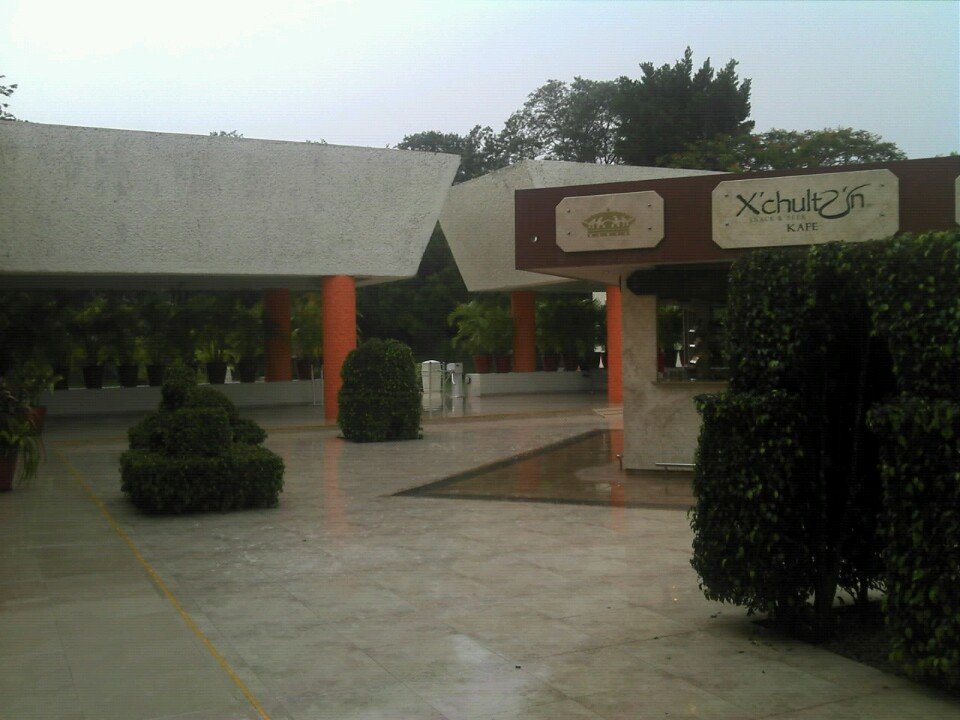 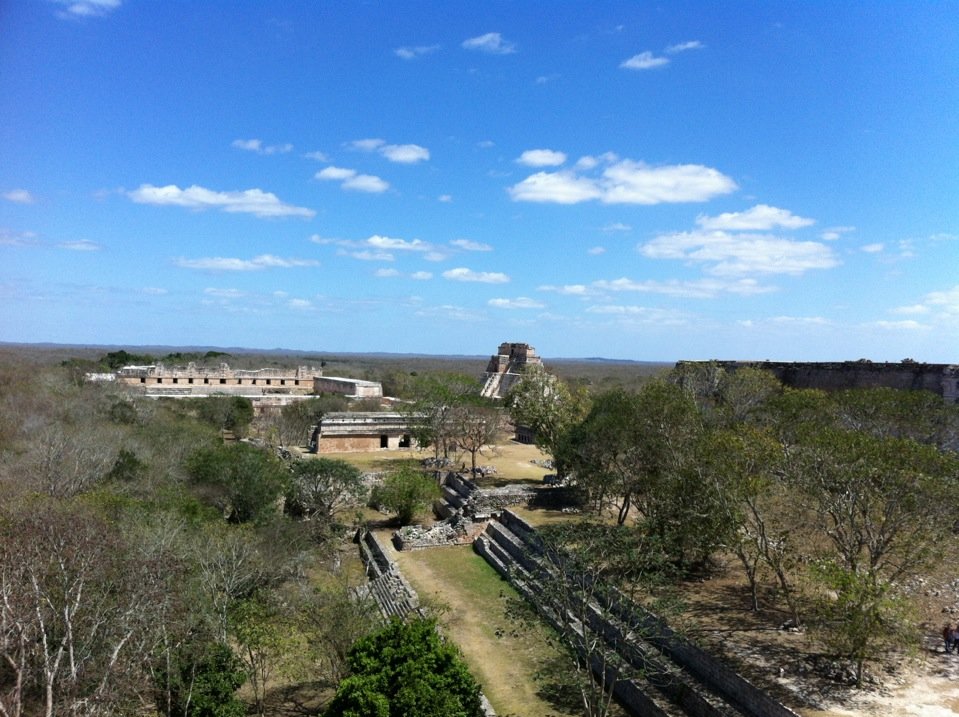 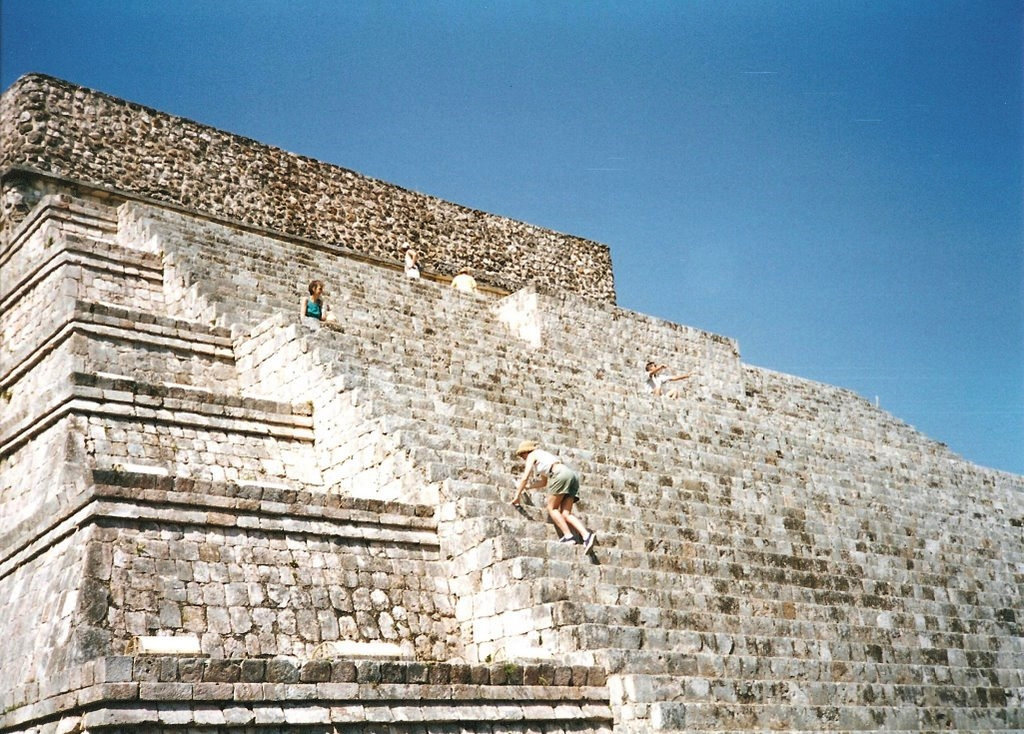 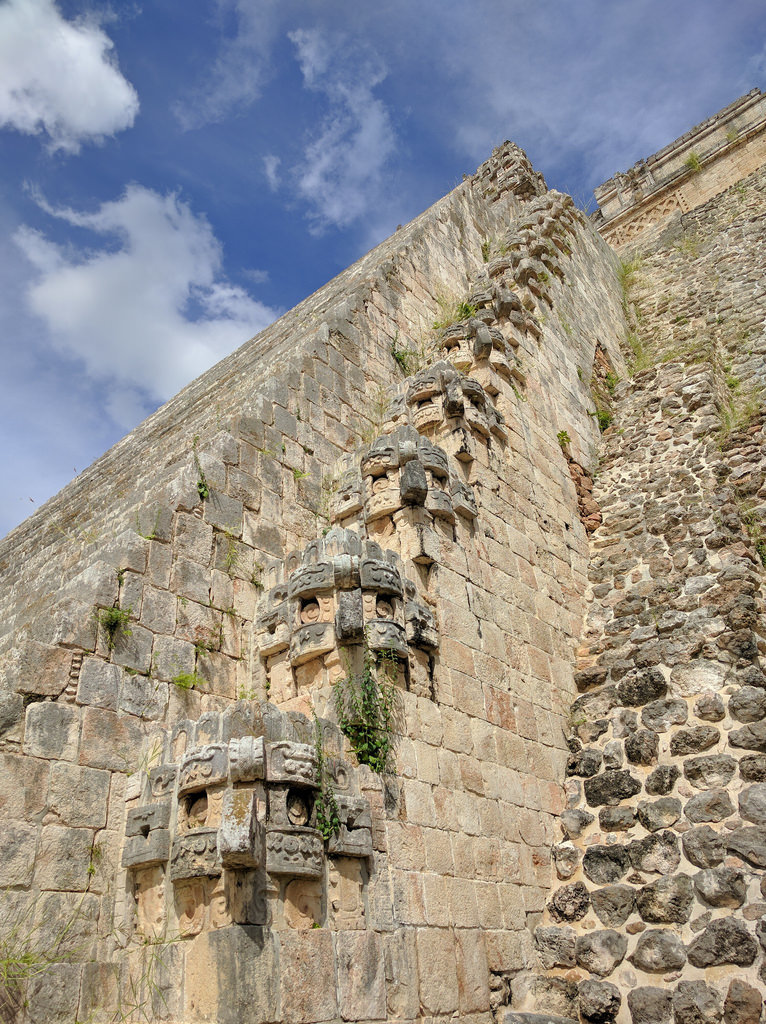 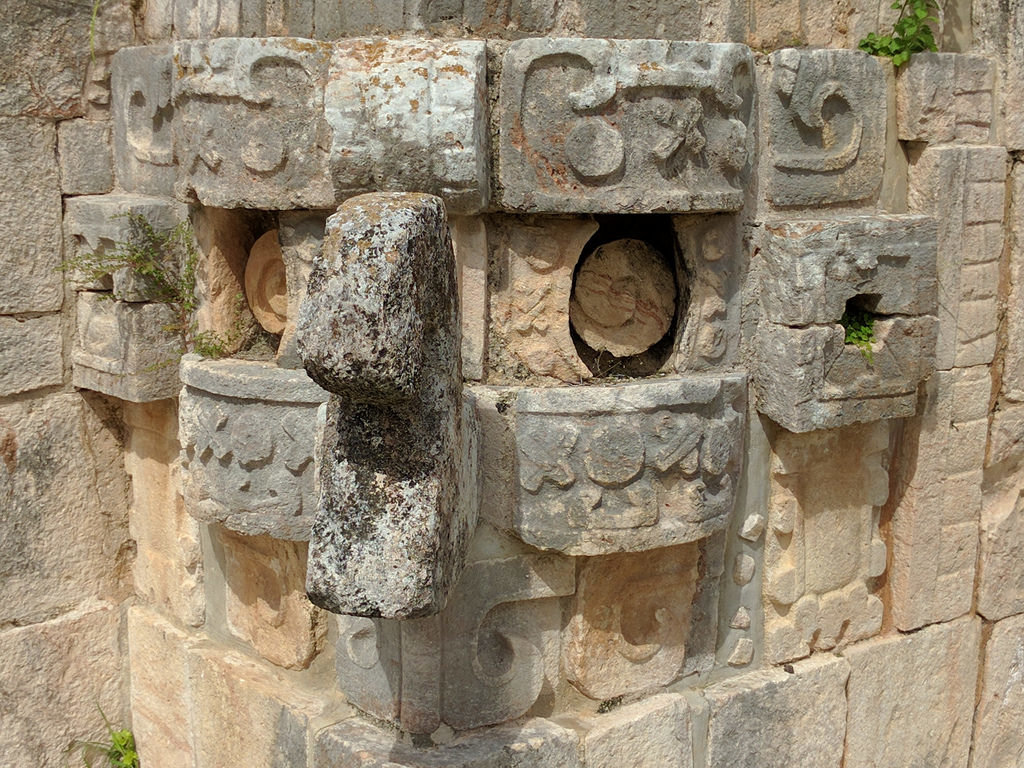