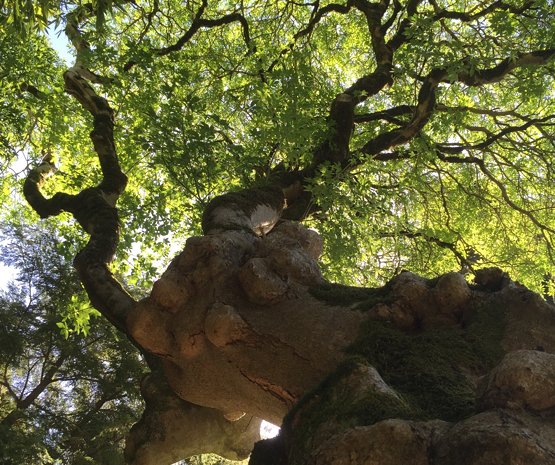 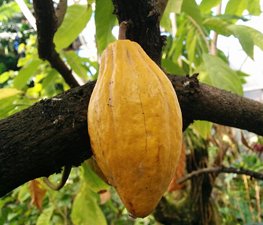 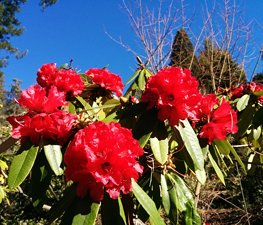 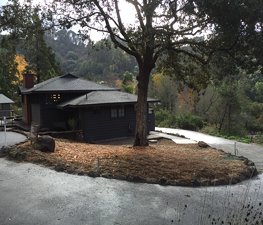 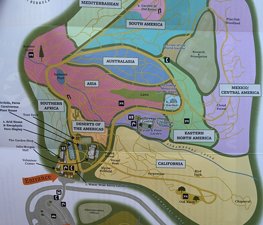 The University of California Botanical Garden is a 34 acre (13.7 ha) botanical garden located on the University of California, Berkeley campus, in Strawberry Canyon. The Garden is in the Berkeley Hills, inside the city boundary of Oakland, with views overlooking the San Francisco Bay. It is one of the most diverse plant collections in the United States, and famous for its large number of rare and endangered species.

The Garden was established in 1890 on the University's central campus. It was moved to its present location in the Berkeley Hills above the main campus under the directorship of Thomas Harper Goodspeed. Its present location is also less than a mile down the road from the Lawrence Hall of Science, another renown Berkeley Hills attraction. The Garden's layout in Strawberry Canyon was designed by Goodspeed and fellow Berkeley professor and landscape architect, John William Gregg.

The Garden now contains more than 20,000 accessions, representing 324 plant families, 12,000 different species and subspecies, and 2,885 genera. Outdoor collections are in general arranged geographically, and nearly all specimens have been collected from the wild.

The Garden's collections are in geographically organized sections, and include:

— features an outstanding Rhododendron collection (259 taxa, 397 accessions), including many mature tree Rhododendrons too tender for most North American climates. Also present are many specimens of the redwood family, including the original dawn redwoods (Metasequoia), and dozens of unusual shrubs, vines, and herbaceous species recently collected from China.

— plants from Australia and New Zealand; with southern beeches, Banksias, myrtles such as Eucalyptus, cycads, and Phormiums.

— with over 4,000 accessions, including nearly one-half of the state's native vascular plant species and 174 taxa on the California Native Plant Society's list of rare and endangered species, this is one of the most extensive collections in the world. — Prominent genera are: manzanitas (Arctostaphylos spp.) with 81 taxa (252 accessions), California-Lilacs (Ceanothus spp.) with 55 taxa (164 accessions), and an almost complete collection of California bulbous monocots in the Lily and Amaryllis families (Fritillaria, Calochortus, Lilium, Erythronium, Allium, Brodiaea) with 118 taxa (234 accessions)

— growing selections from the everyday pharmacopeia of modern China.

— exhibits flora from the region's countries, including: Morocco, Spain, Portugal and the Canary Islands, Turkey, and Syria, on a hillside with fine views across the bay.

— bristles with cacti and other succulents from North and Central America, plus the high deserts of the Andes.

— shows the diversity of Central American habitats with genera found in both mountain and desert areas such as Agaves, oaks (Quercus), pines, and an extensive range of brightly flowered Salvias.

— with a young grove of monkey puzzle trees (Araucaria araucana), an outstanding collection of Fuchsias, and several species of southern beech. The garden has one of the most complete selections of cultivars of Lapageria.

The Garden's greenhouses include:

Laurence B
Don't miss out on the redwood grove. This gorgeous part of the gardens is accessible from the corner of the parking lot.

Readiness K
Well curated and beautiful garden space. Much of the garden paths are paved and stroller/chair accessible (but not all).

Cal
The 34-acre Botanical Garden ranges in elevation from about 600 to 900 feet, and experiences a variety of climatic exposures created by marine air funneled through the Golden Gate.

Sritej Attaluri
First time was 4/20/18 on a date. I'd smoked at 4:20 AM and was still high so I slept on my date's lap while on a bench in the middle of the gardens. She didn't mind. THAT'S how beautiful it is here.

Cal Manager
Open house Friday-Sunday, 9 am - 5 pm. Free with your Homecoming nametag! More than 13,000 different kinds of plants. Take a photo and add it to your Foursquare check-in.
Load more comments
foursquare.com
8.8/10
29,907 people have been here
I've been here
Add to wishlist

The Redwood Valley Railway is a Шаблон:RailGauge gauge miniature railw

Add to wishlist
I've been here
Visited
Phoebe A. Hearst Museum of Anthropology

The Phoebe A. Hearst Museum of Anthropology (formerly the Lowie Museum

Claremont Hotel may refer to:

Add to wishlist
I've been here
Visited
Chapel of the Chimes (Oakland, California)

The Cathedral of Christ the Light, also called Oakland Cathedral, is 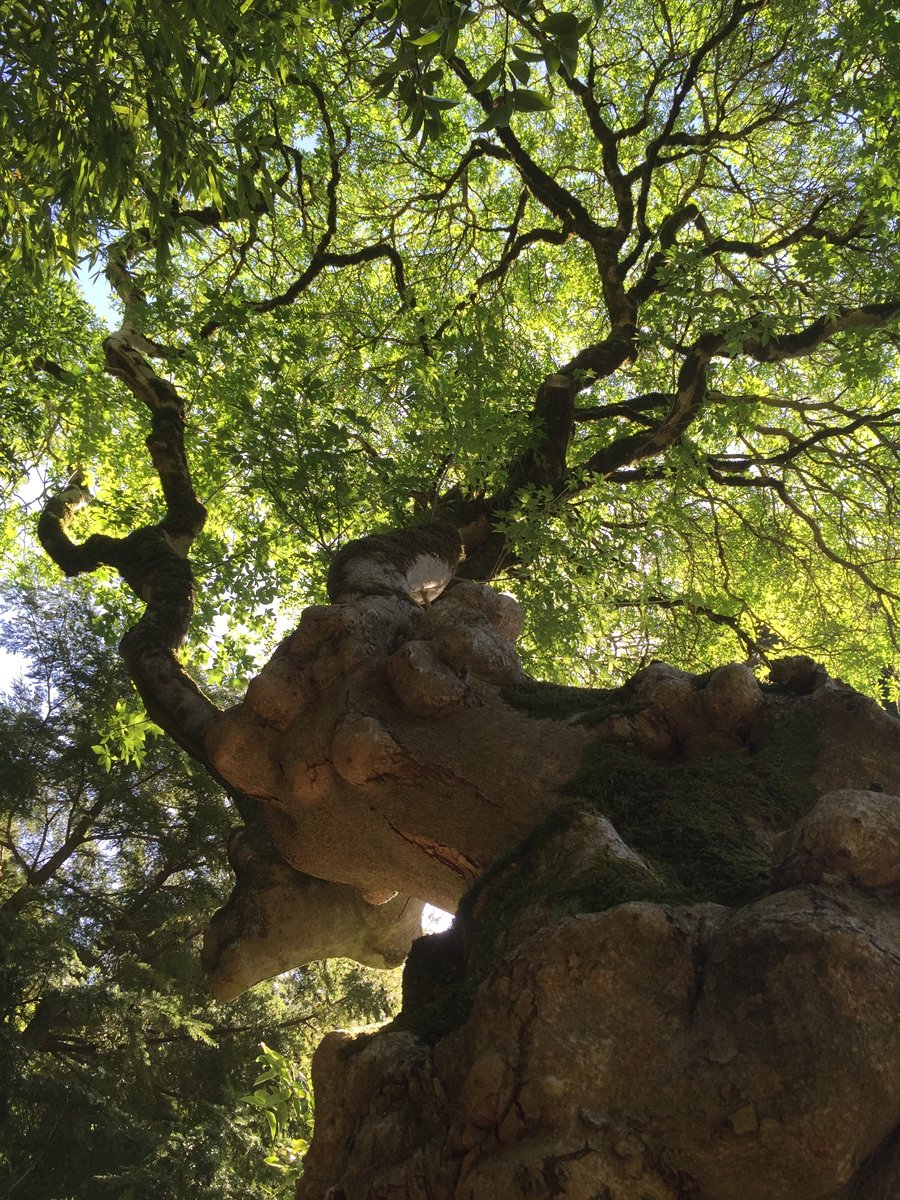 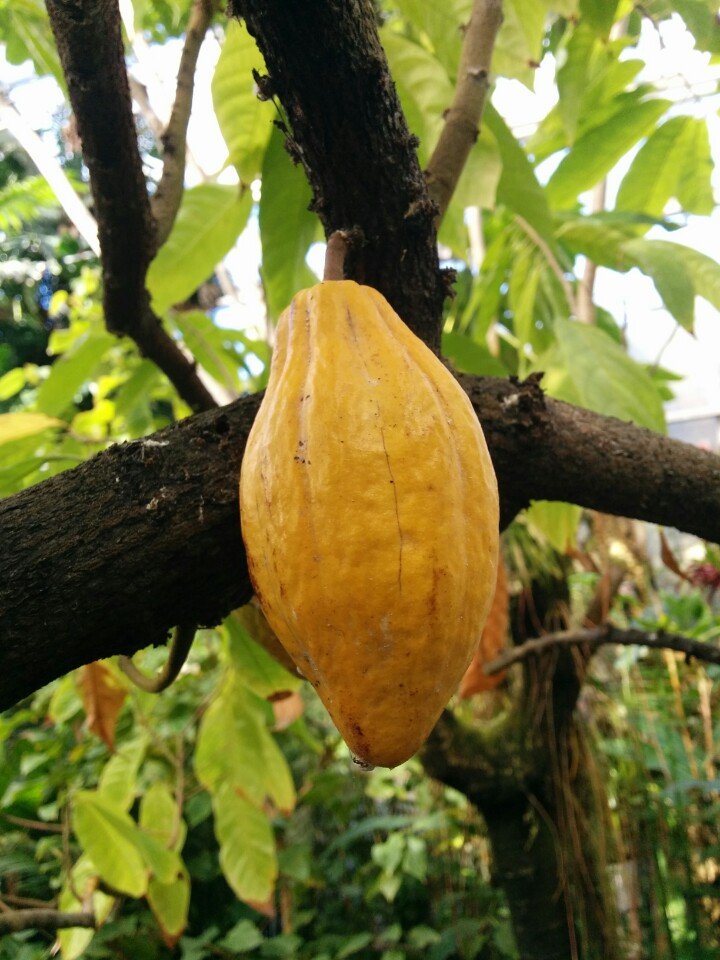 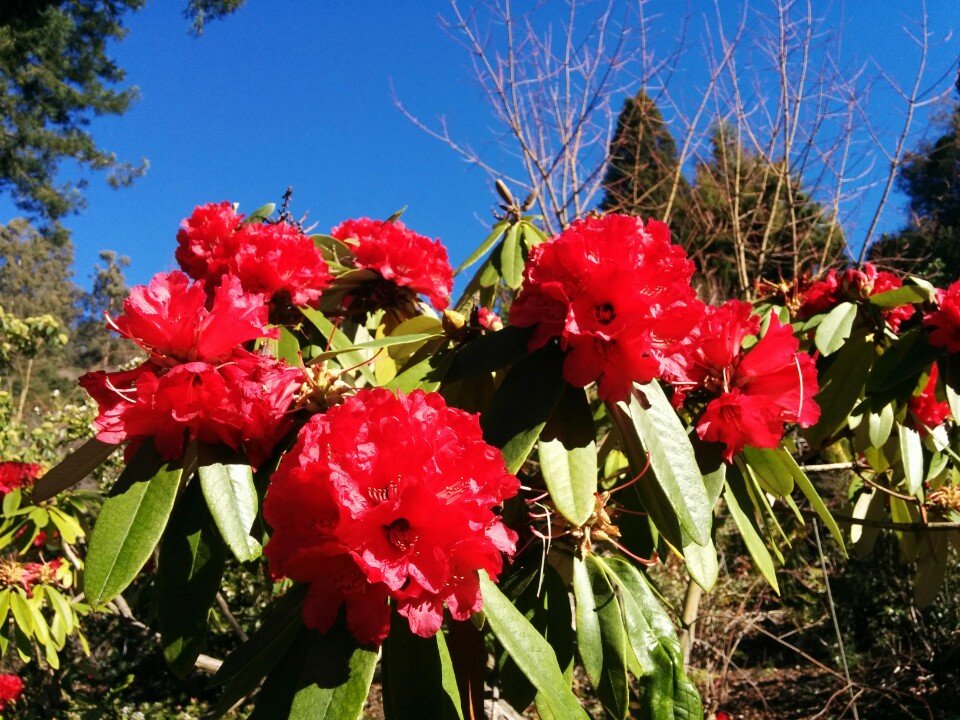 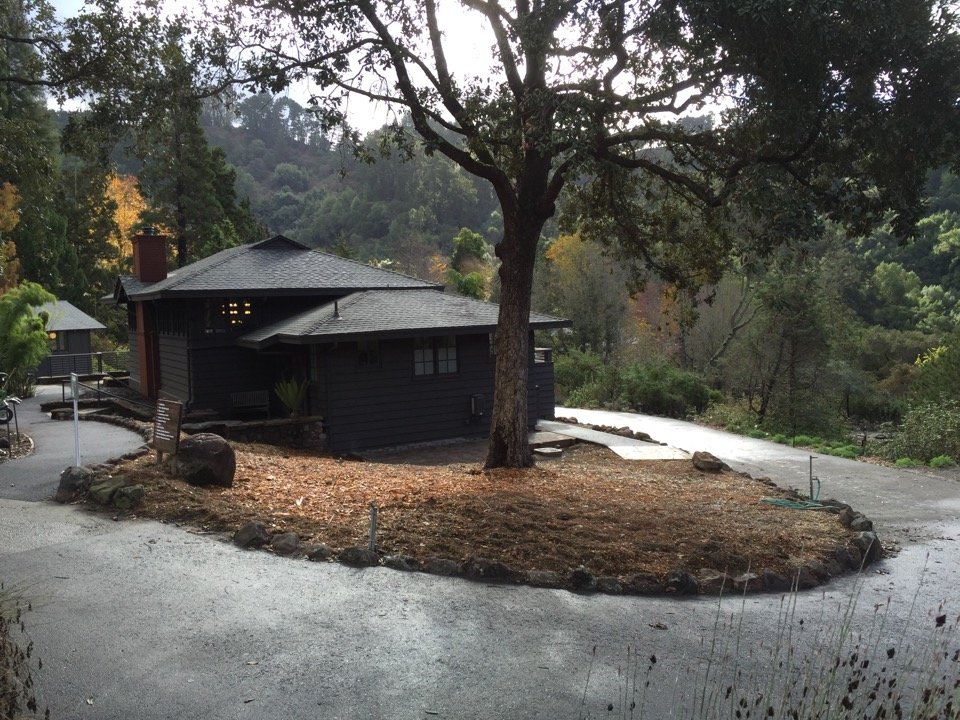 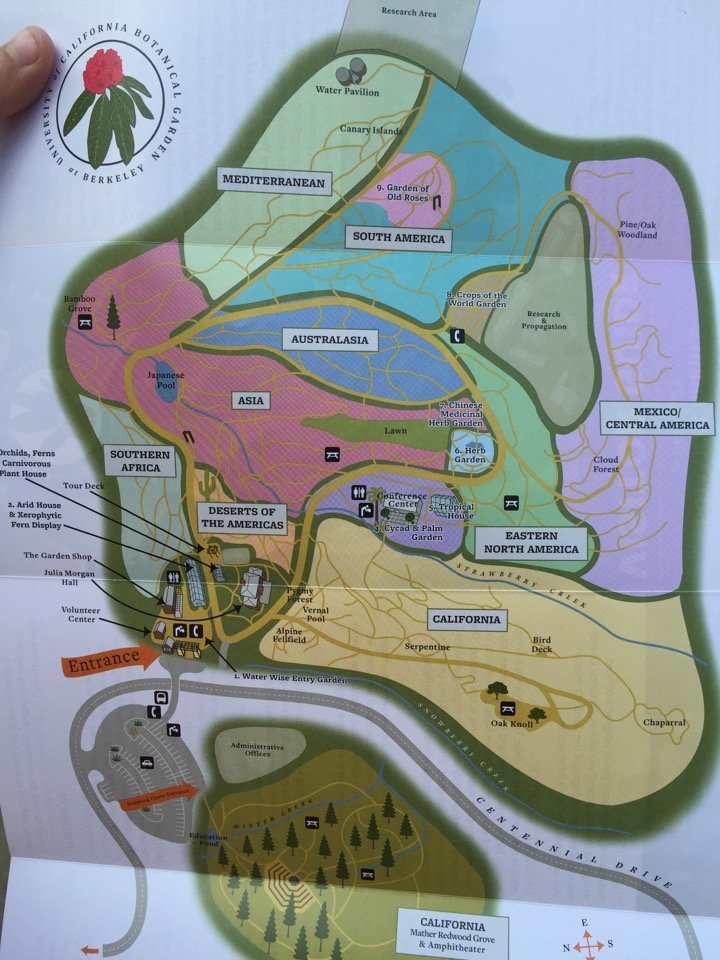 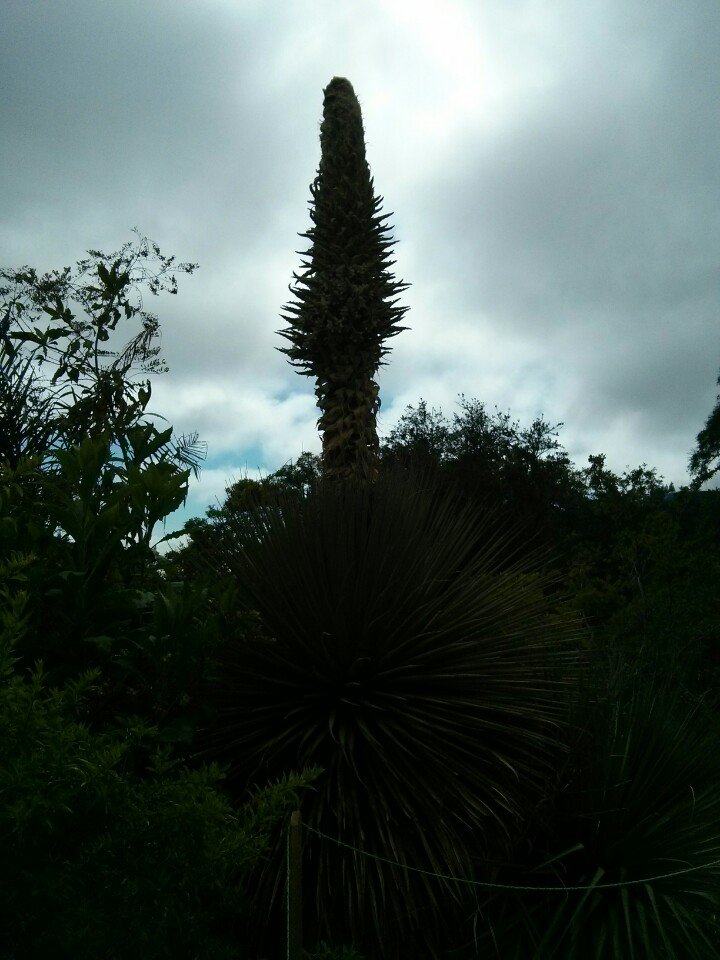 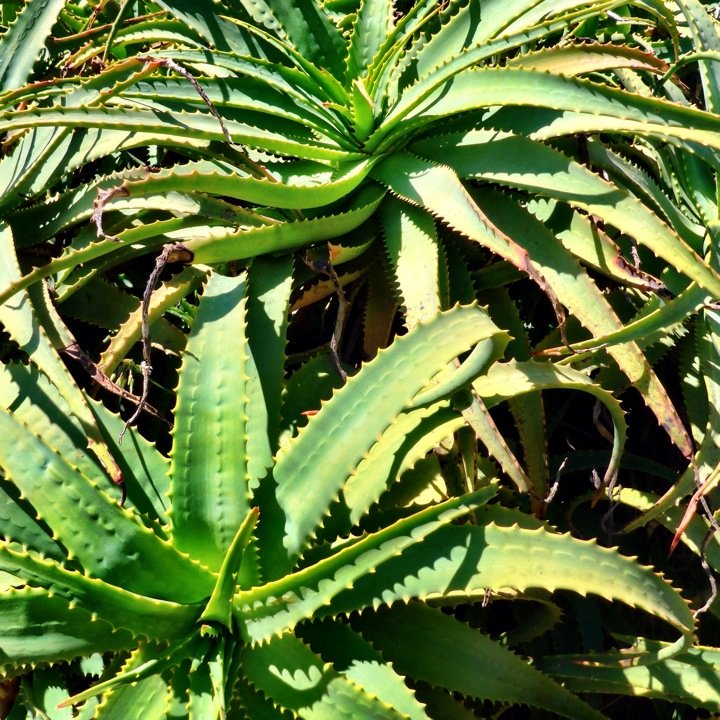 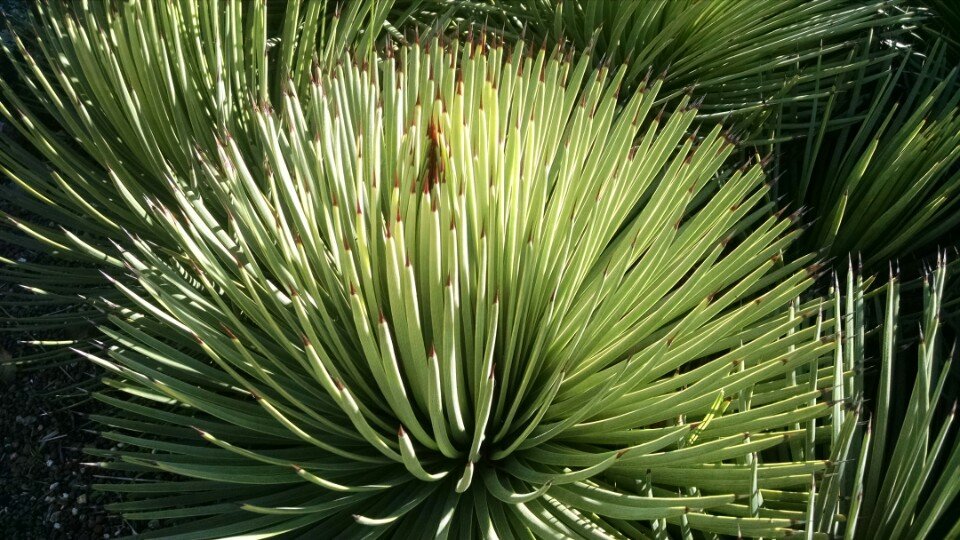 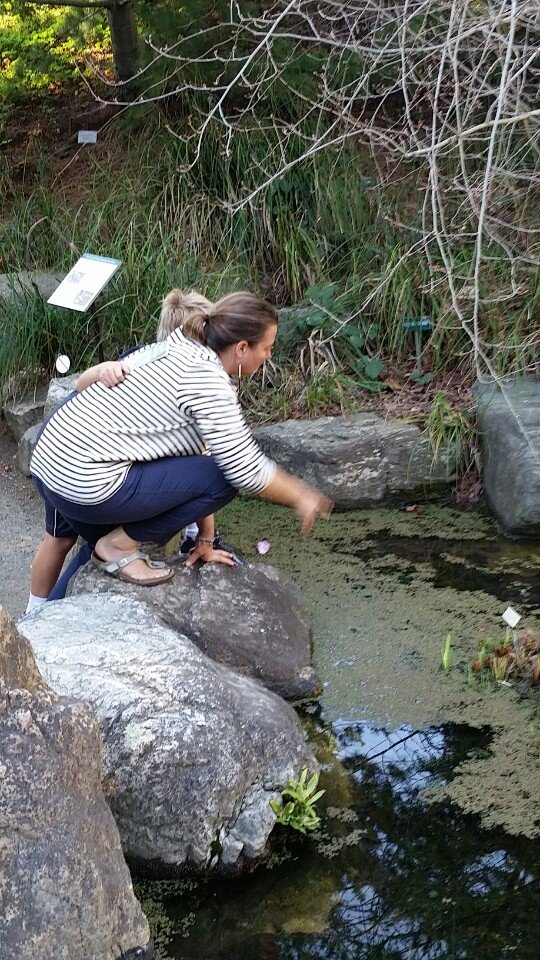 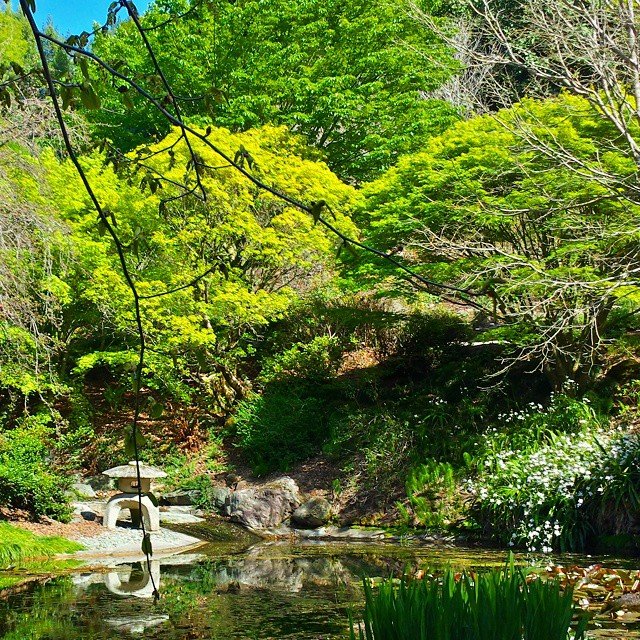 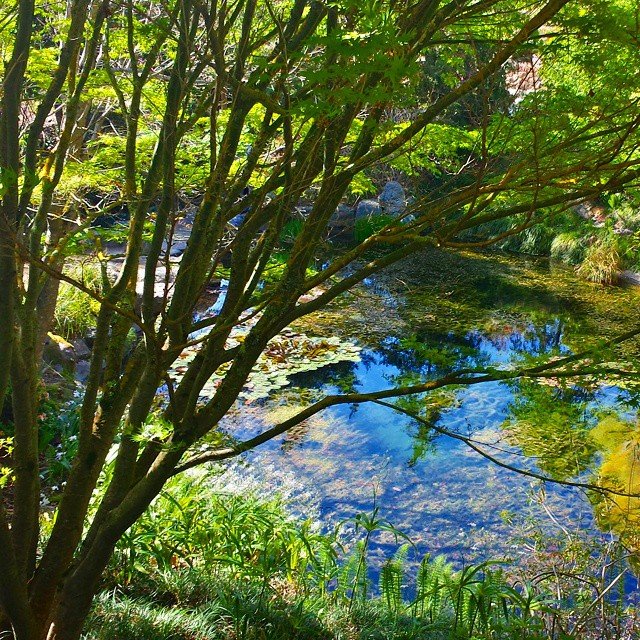 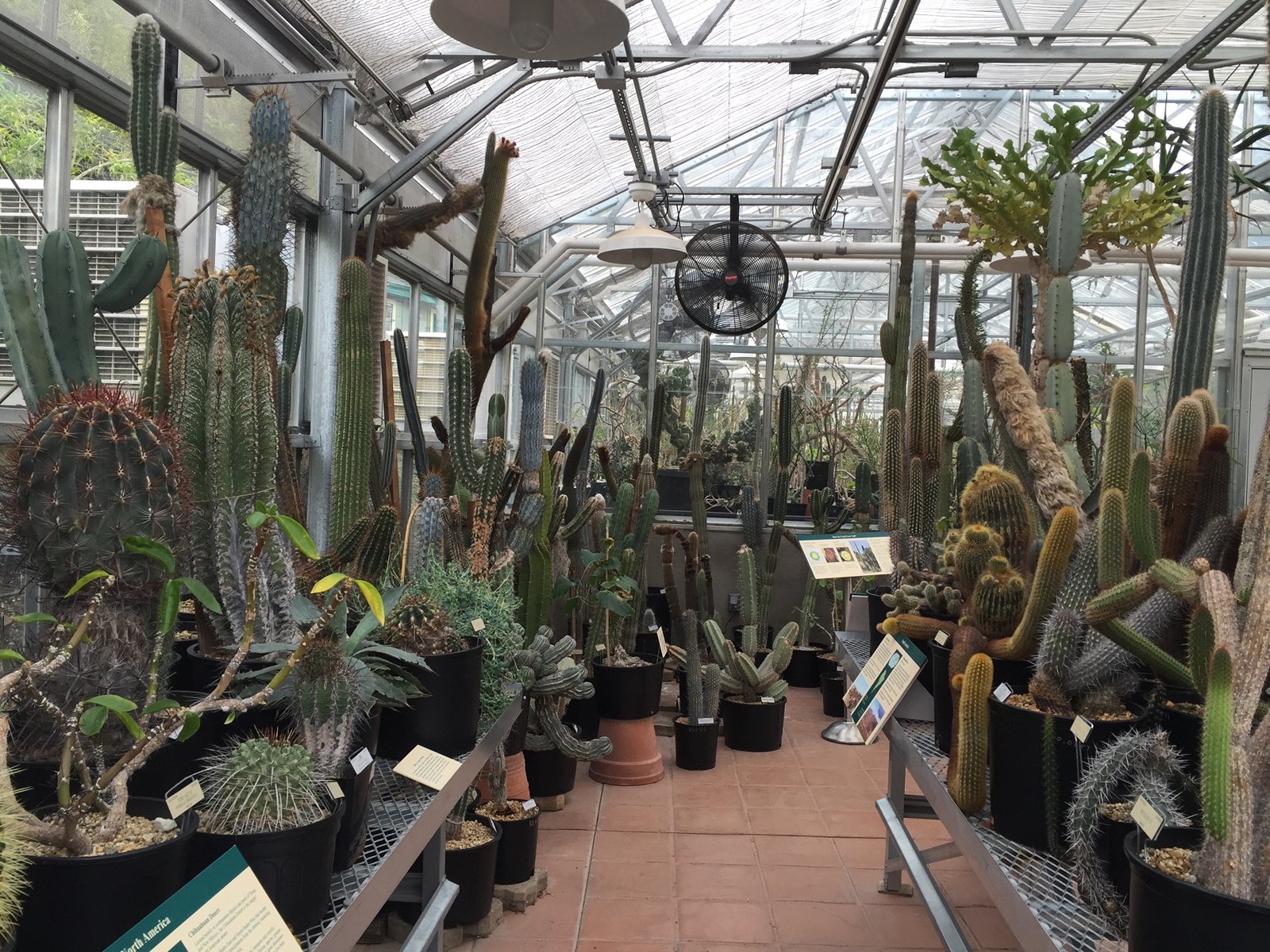 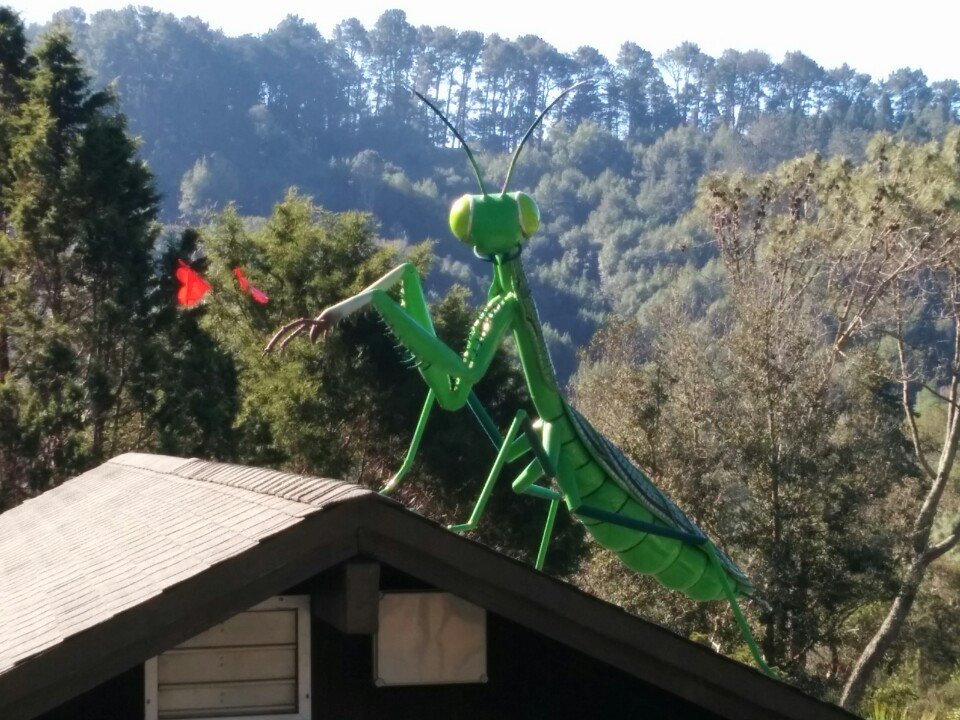 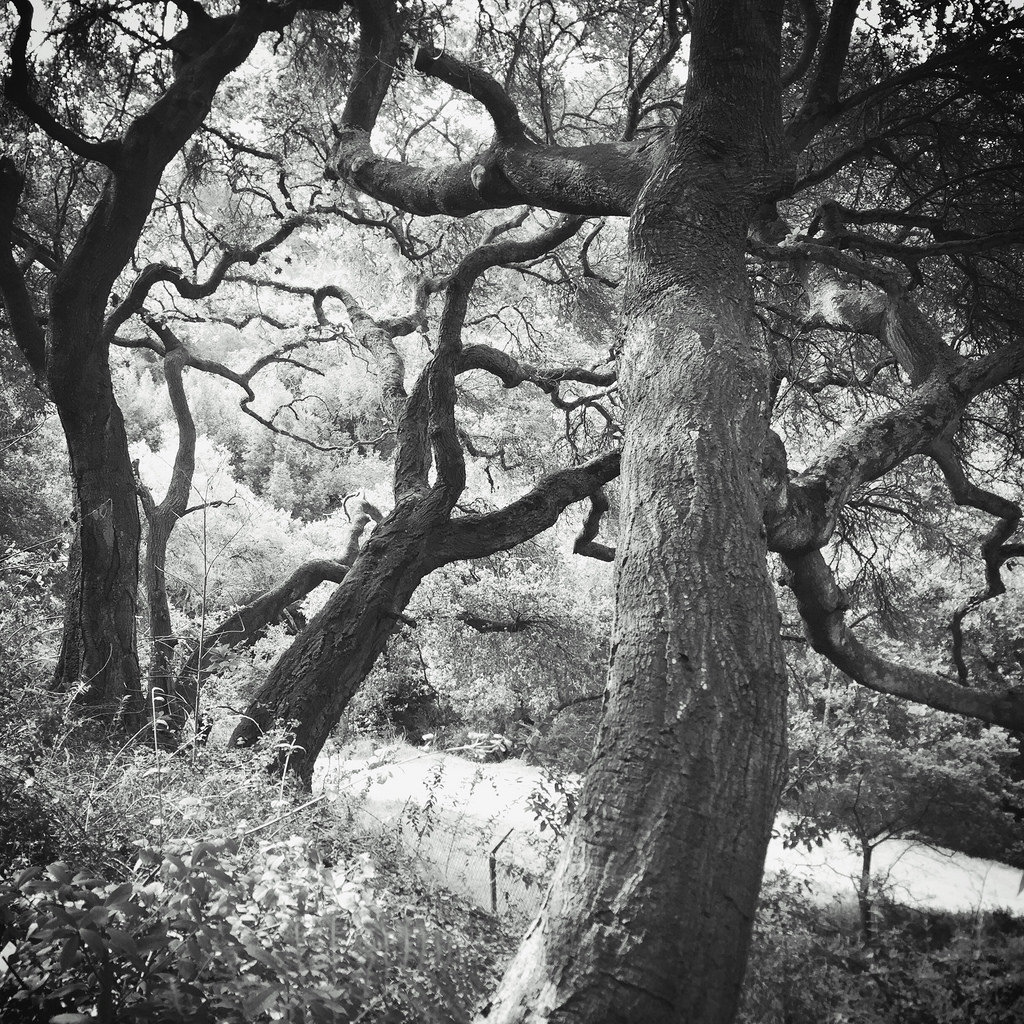 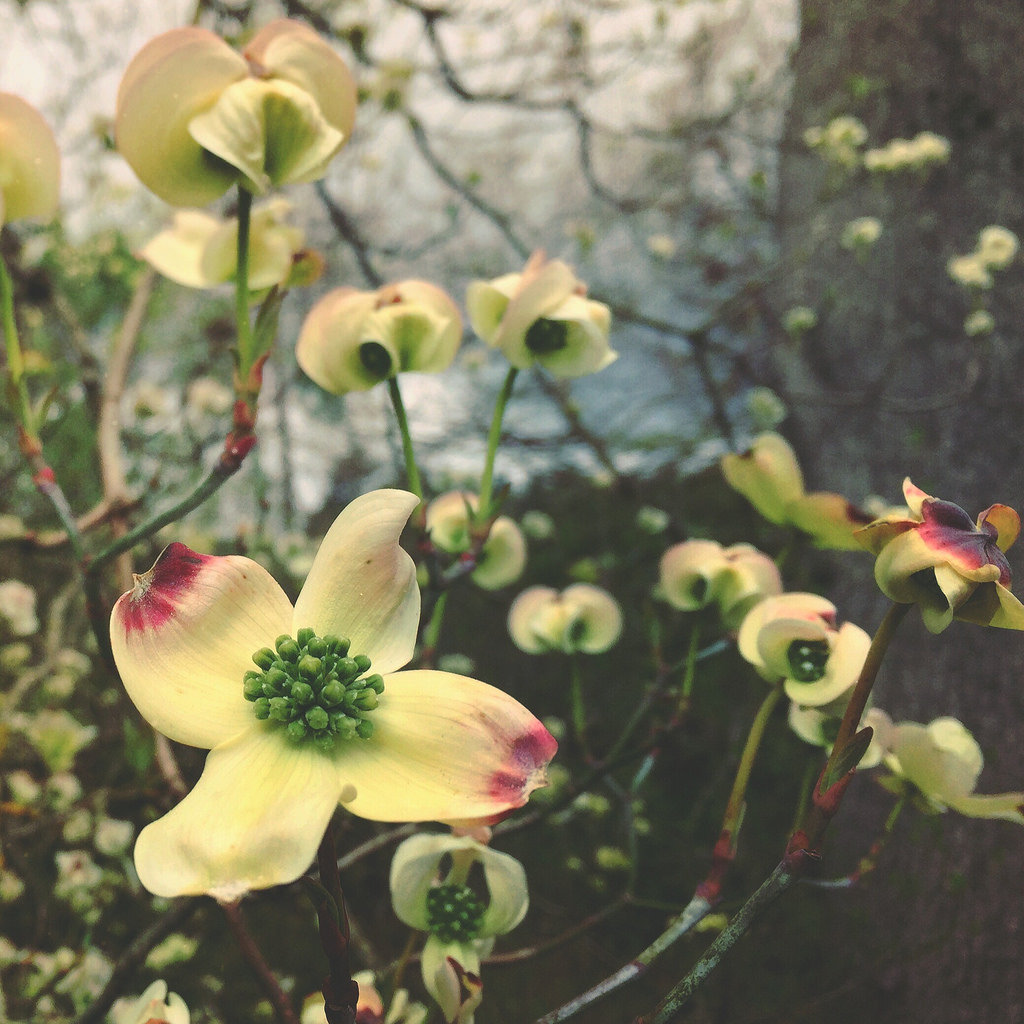 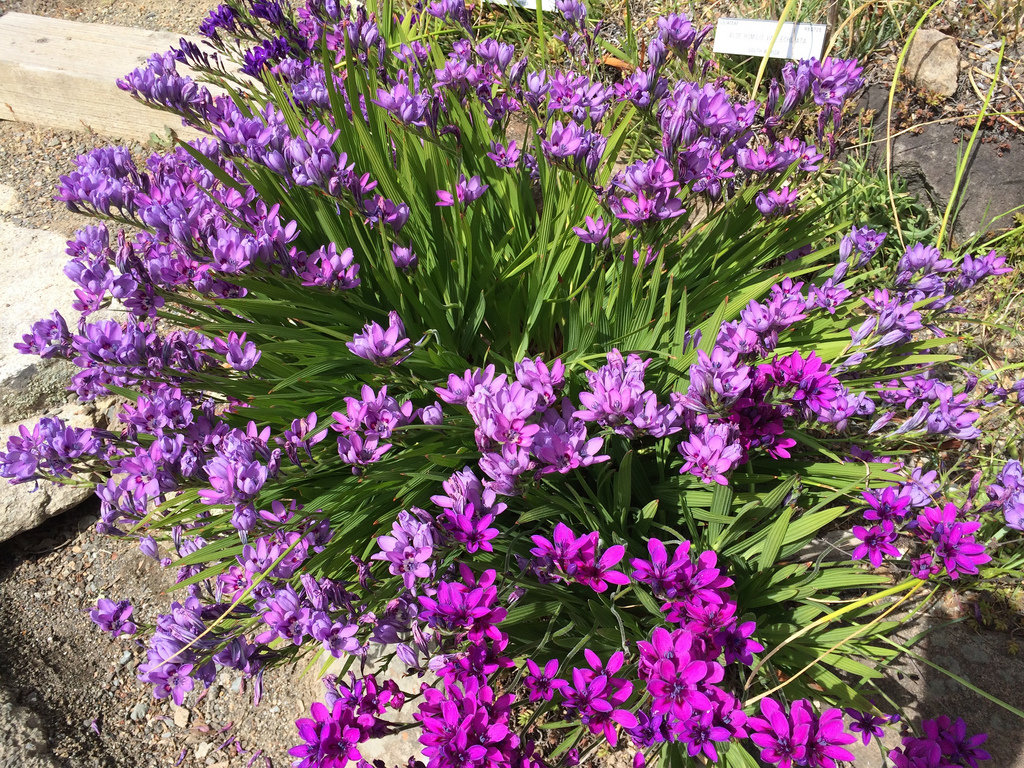