×
What are you looking for?
See all results
Amusement parks in Orlando 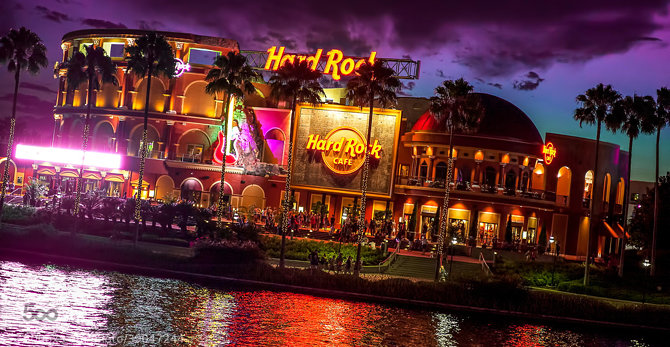 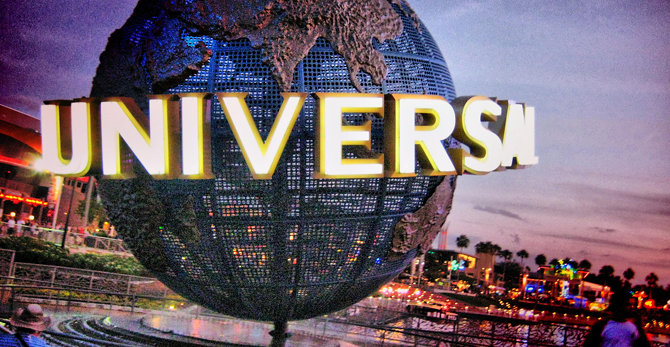 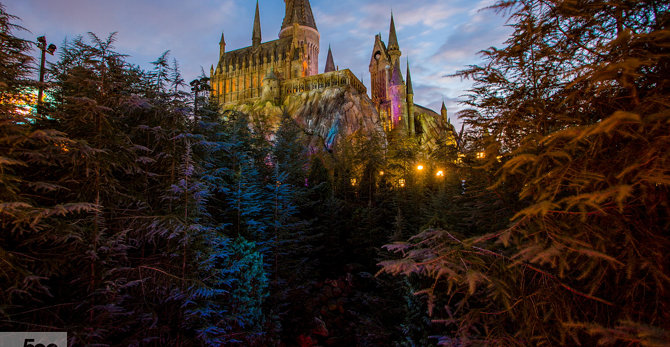 In 2013, the park hosted an estimated 7.06 million guests, ranking it the eighth-most visited theme park in the United States, and ranking it sixteenth worldwide.

Over the years, Universal Studios Florida has not limited itself to attractions based on its own vast film library. It has occasionally licensed popular characters from other rival studios, many of whom did not operate theme parks themselves. Some examples include Ghostbusters and Men in Black, (Sony's Columbia Pictures), The Simpsons (20th Century Fox) and Shrek (DreamWorks Animation).

Many of the park's past and present attractions were developed with the actual creators of the films they were based on, and feature the original stars as part of the experience. Steven Spielberg helped create E.T. Adventure and was a creative consultant for ', Twister...Ride it Out, An American Tail Theatre, Jaws, ' and '.

In many current rides, the original stars reprised their film roles including: Rip Torn and Will Smith in ', Brendan Fraser for Revenge of the Mummy: The Ride, Bill Paxton and Helen Hunt in Twister...Ride it Out, Arnold Schwarzenegger, Edward Furlong and Linda Hamilton reprised their roles for ', Mike Myers, Eddie Murphy, Cameron Diaz, and John Lithgow for Shrek 4D, Steve Carell, Miranda Cosgrove, Dana Gaier, and Elsie Fisher reprised their roles from Despicable Me for ', and Peter Cullen and Frank Welker reprised their roles as Optimus Prime and Megatron for '.

In many former rides, the many original stars were also to reprise their film roles such as: Christopher Lloyd and Thomas F. Wilson in ', Roy Scheider recorded a voice over for the conclusion of Jaws, Alfred Hitchcock and Anthony Perkins appeared in ', additionally, various Nicktoon voice actors reprised their roles in Jimmy Neutron's Nicktoon Blast.

From its inception in 1982, Universal Studios Florida was designed as a theme park and a working studio. It was also the first time that Universal Studios had constructed an amusement park "from the ground up." However, the proposed project was put on hold until 1986, when a meeting between Steven Spielberg, a co-founder for the park, and Peter N. Alexander prompted for the creation of a simulator ride in addition to the already planned King Kong based ride.

A major component of the original park in Hollywood is its studio tour, which featured several special-effects exhibits and encounters built into the tour, such as an attack by the great white shark from the film Jaws. For its Florida park, Universal Studios took the concepts of the Hollywood tour scenes and developed them into larger, stand-alone attractions. As an example, in Hollywood, the studio tour trams travel close to a shoreline and are "attacked" by Jaws before they travel to the next part of the tour. In Florida, guests entered the "Jaws" attraction and would board a boat touring the fictitious Amity Harbor, where they encountered the shark, then exited back into the park at the conclusion of the attraction. Universal Studios Florida originally had a Studio Tour attraction that visited the production facilities, but that tour has since been discontinued.

Like all theme parks, attractions are sometimes closed due to aging and replaced with more contemporary attractions. Universal has seen this happen several times. Some notable closures include Kongfrontation, , The Funtastic World of Hanna-Barbera and Jaws. The closures of Kongfrontation, Back to the Future, and Jaws have been given homages by the park to honor veteran visitors who revered the former rides.

The large area that once housed the Jaws attraction was reconstructed to make way for the new Diagon Alley, part of The Wizarding World of Harry Potter attraction. As an homage to the Jaws attraction that was available to so many visitors of the years, references to Jaws are sprinkled throughout the new Diagon Alley. One being a set of shark jawbones appearing behind the herbs and potions of Mr. Mulpepper's Apothecary.

Шаблон:Main Universal Studios Florida features seven themed areas all situated around a large lagoon. In 2012, this lagoon was the site of , a thematic display that showcased scenes from various Universal films, featuring lasers, projectors and fountains, and pyrotechnics.

The seven surrounding themed areas, clockwise from the entrance, are Production Central, New York, San Francisco, London/Diagon Alley, World Expo, Springfield, Woody Woodpecker's Kidzone and Hollywood. Each area features a combination of rides, shows, attractions, character appearances, dining outlets and merchandise stores. A new area, based on Harry Potter's Diagon Alley was added to the park in the July of 2014.

The area is also home to a variety of dining outlets and merchandise shops. Food and beverage items can be purchased from Beverly Hills Boulangerie or Universal Studios' Classic Monsters Cafe while merchandise can be bought from a variety of themed stores including Universal Studios Store, Studio Sweets, It's a Wrap!, Super Silly Stuff, Shrek's Ye Olde Souvenir Shoppe, and Transformers: Supply Vault.

As Nickelodeon was headquartered in the park at the time, the opening credits for Roundhouse and All That (two of its shows) were filmed around this area of the park.

In addition to the themed shops mentioned previously there are several other shops including Lombard's Landing Seafood Grille and San Francisco Candy Factory.

This area is one half of The Wizarding World of Harry Potter.

Sometime after June 2005 the optical illusion of the Space Shuttle was removed from this part of the park. As you headed towards World Expo from San Francisco/Amity it was one of the many designated photo spots throughout the park. There was a hanging platform that you would place your camera on and take the picture. The Shuttle would look as though it was sitting on the top of expired park ride .

Universal Studios Orlando has a number of costumed characters. The following is a list of characters that can be seen in the park:

Universal Studios Florida is home to six soundstages that are available for a variety of purposes. A seventh soundstage, Stage 18, was one of the former Nickelodeon Studios soundstages; it was redesigned in 2007 as the Sharp Aquos Theatre, where the Blue Man Group has performed since June 2007. The soundstage and the core production facility were made a permanent part of Universal CityWalk. Soundstage 21 has been used from 2004-2013 for Total Nonstop Action Wrestling (TNA) which has produced its weekly television program, Impact Wrestling from there, and has aired some of its pay-per-view events from this location since November 2004; it is referred to as the "Impact Wrestling Zone" for this reason. TNA also uses soundstage 24 for backstage use. The remaining soundstages are available for rent by other production companies. During Halloween Horror Nights, the soundstages are occasionally used for the event's haunted houses.

A wide range of productions have been filmed in the soundstages during the studio's history, including many local and national commercials. Television shows include SeaQuest DSV (from its second season forward) and Superboy (second-fourth seasons). The Ellen DeGeneres Show taped a week-long series of episodes at the resort in the spring. Sports-entertainment shows WCW Monday Nitro and roller derby series RollerJam! were taped at the studios. In 2009 the studios also became headquarters for the Adrenaline Partnership's FIREBALL RUN(R) series; a popular national motoring event series. The studios have hosted numerous game shows, including national tours of Wheel of Fortune, Fear Factor (portions of episodes from 2004–2005) and the Florida Lottery's Flamingo Fortune. Since 2009, the Powerball drawing originates from the facilities. Major scenes of the movie Parenthood were filmed at the studios prior to the park's opening to the public in 1990. The film ' as well as the TV series Swamp Thing were also filmed at the theme park shortly following its grand opening. Most recently, the films ', ', Beethoven's Big Break and The Final Destination were filmed at the studio.

During the 1990s when Nickelodeon's main home was at Universal Studios, the soundstages were used to film almost all Nickelodeon's original live action programming including: Get the Picture, Kenan & Kel, Family Double Dare, All That and many others, although many programs, including All That and Kenan & Kel later moved to Nickelodeon On Sunset in California. While Stage 18 is now used as the Sharp Aquos Theatre for the Blue Man Group, Soundstage 19 and the core production facility are home to Sun Sports and Fox Sports Florida.

Other soundstages located throughout the park (while primarily in the Production Central area) house the attractions Blue Man Group Sharp Aquos Theatre (in CityWalk), Shrek 4-D, Donkey's Photo Finish, Twister...Ride it Out, Revenge of the Mummy: The Ride, ' and E.T. Adventure.

Universal Studios Florida features several seasonal events throughout its operating calendar. Some are included in the daily park admission, while others are separately-ticketed events.

Grad Bash and Gradventure are two separate events held in April and May at the park. Grad Bash is an event for graduating high school senior classes who can gather for an exclusive, all-night party at Universal Orlando Resort featuring the 2 parks best attractions, live performances by some of the most popular musicians, dance parties with DJs, and pre-parties live at The Universal Music Plaza Stage in the Production Central area. After Disney's retirement of Grad Nite, Grad Bash was held for five nights in 2012. Gradventure is similar, but is designed for junior high/middle school graduating students.

Шаблон:See also Macy's Holiday Parade brings some authentic balloons from the Macy's Thanksgiving Day Parade to Orlando in a month-long event in December that highlights the Christmas celebrations at the park.

Шаблон:See also Generally in February through to April, a parade and concert series inspired by New Orleans' Fat Tuesday party is held at the park.

Шаблон:Main Several attractions in Universal Studios Florida allow guests to utilize Express Pass. This pass admits users to a separate line for the attraction, which is given priority status when boarding. Express Pass is not a virtual queuing service. Instead, passholders may enter the "Universal Express" line whenever they wish. This pass is not included with park admission.

Ellen DeGeneres
Welcome to Universal Studios! If you’re anything like me, you’re here for one reason -- the rides! So get going! Check in at your favorite rides and hang on tight!

HISTORY
Opened in 1990, it was designed as both a theme park and a studio from the start. Universal Studios took the concepts of the Hollywood tour scenes & developed them into larger, stand-alone attractions
Load more comments
foursquare.com

Bill Frederick Park at Turkey Lake is a tourist attraction, one of 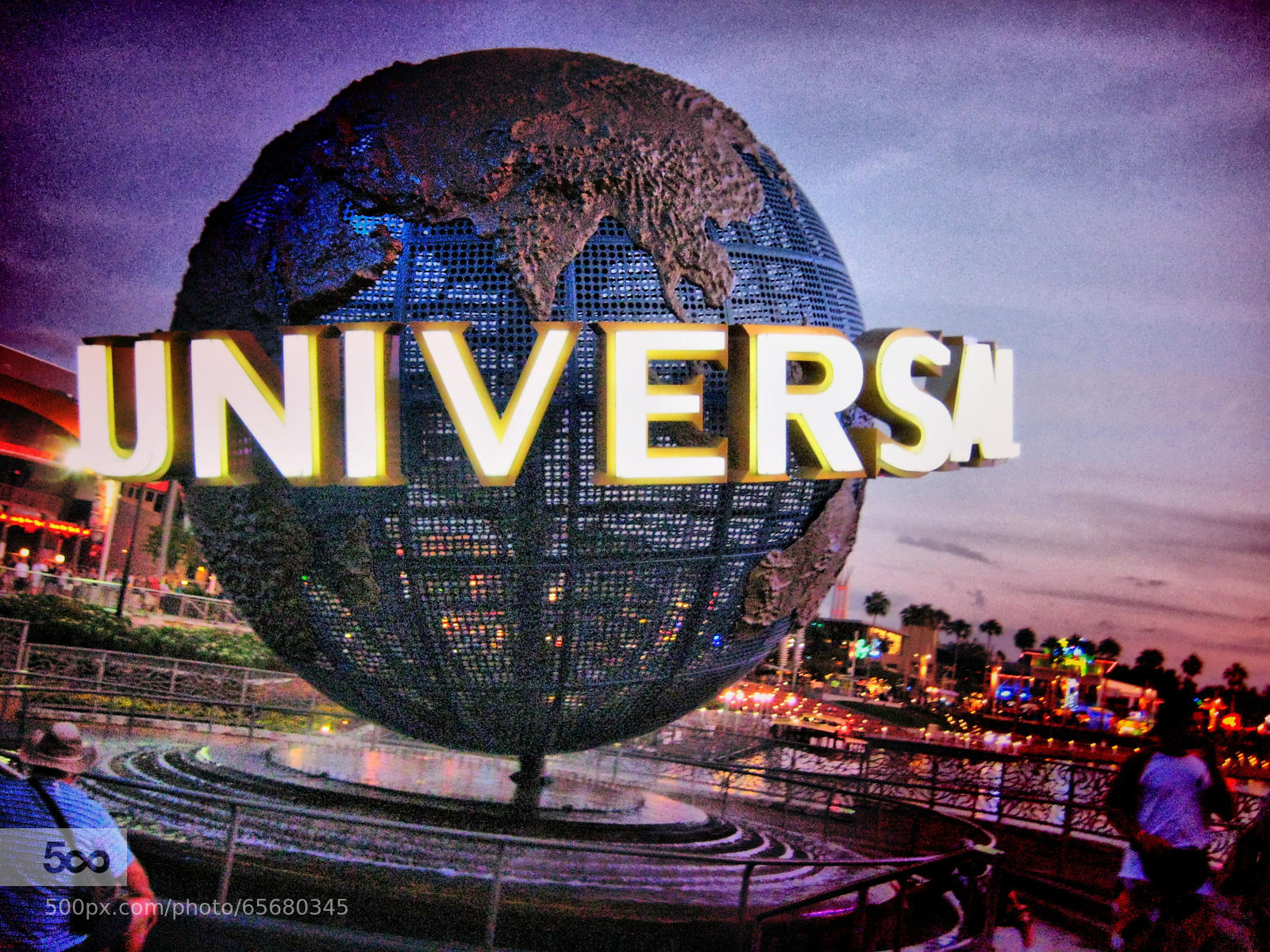 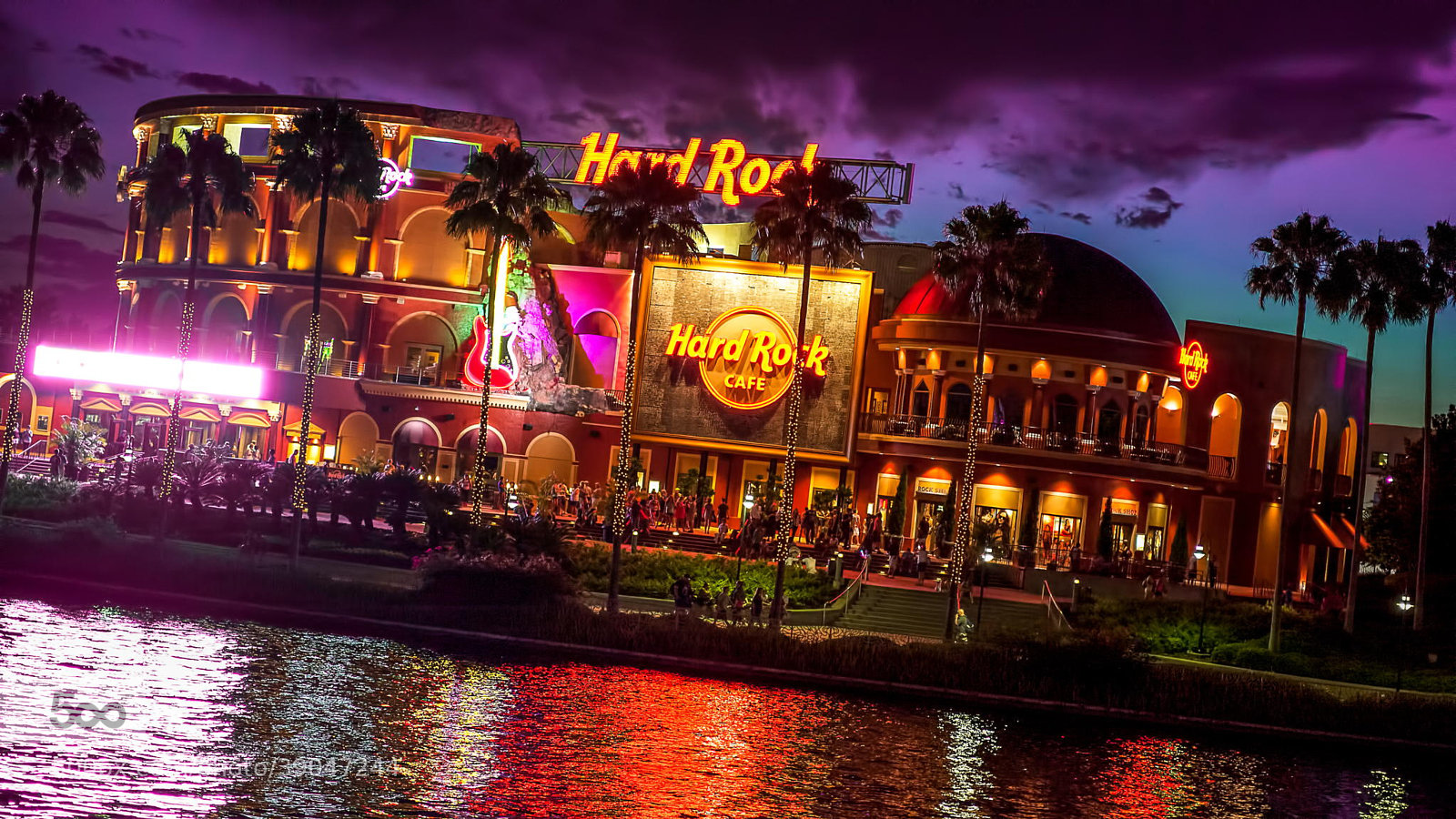 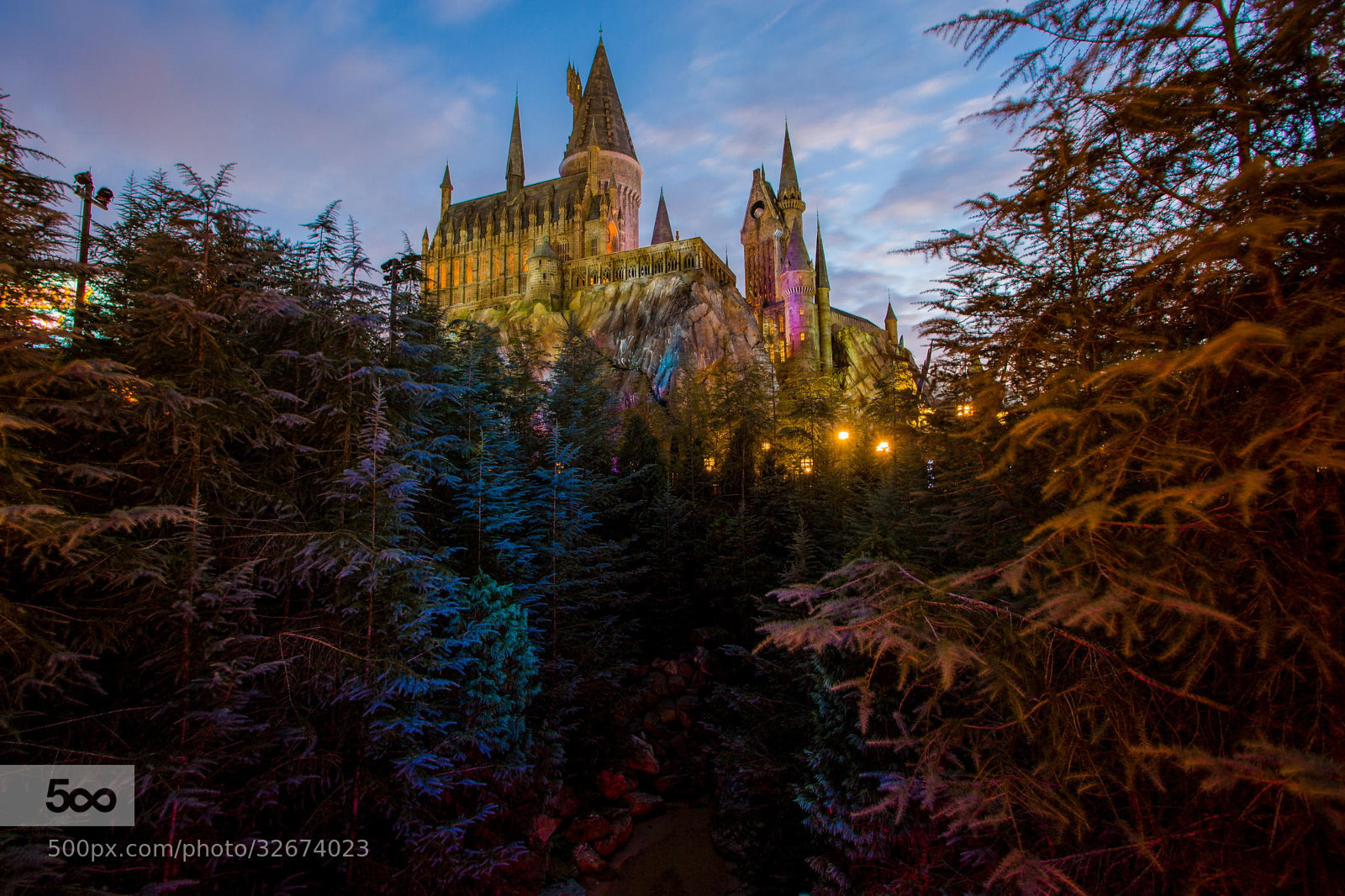 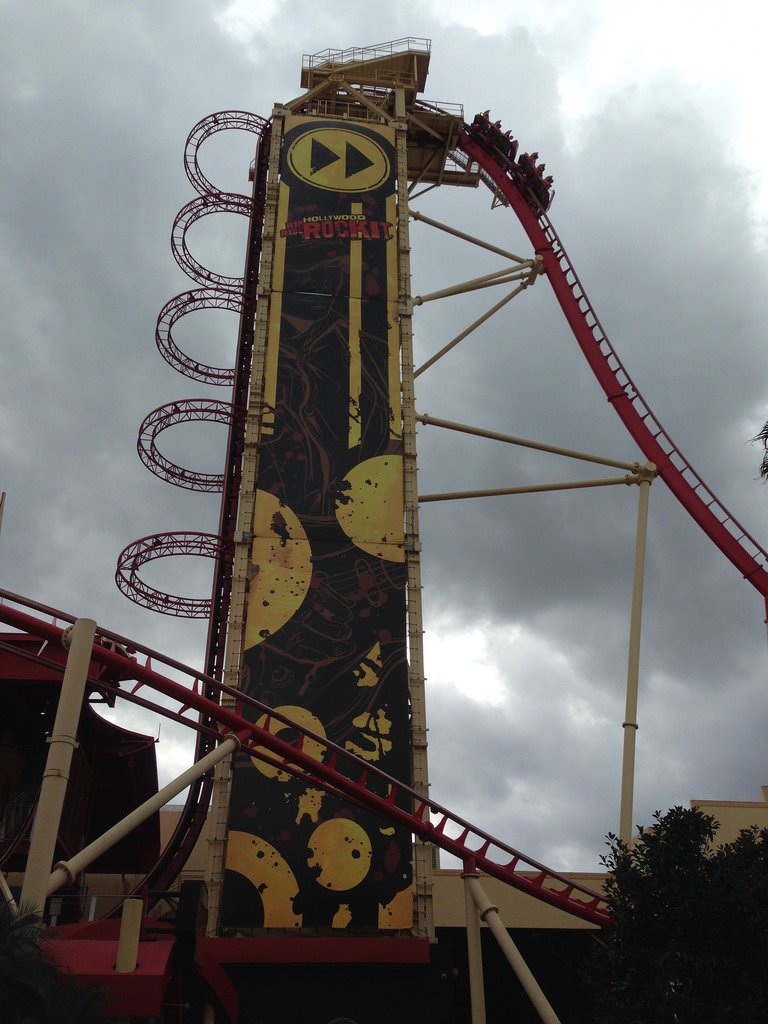 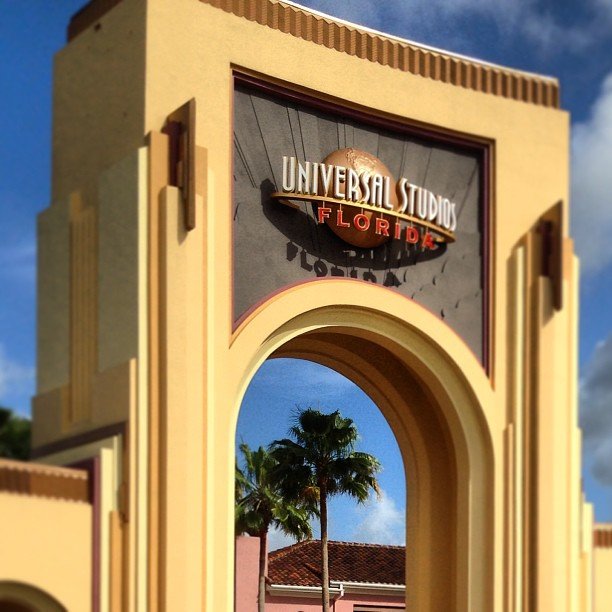 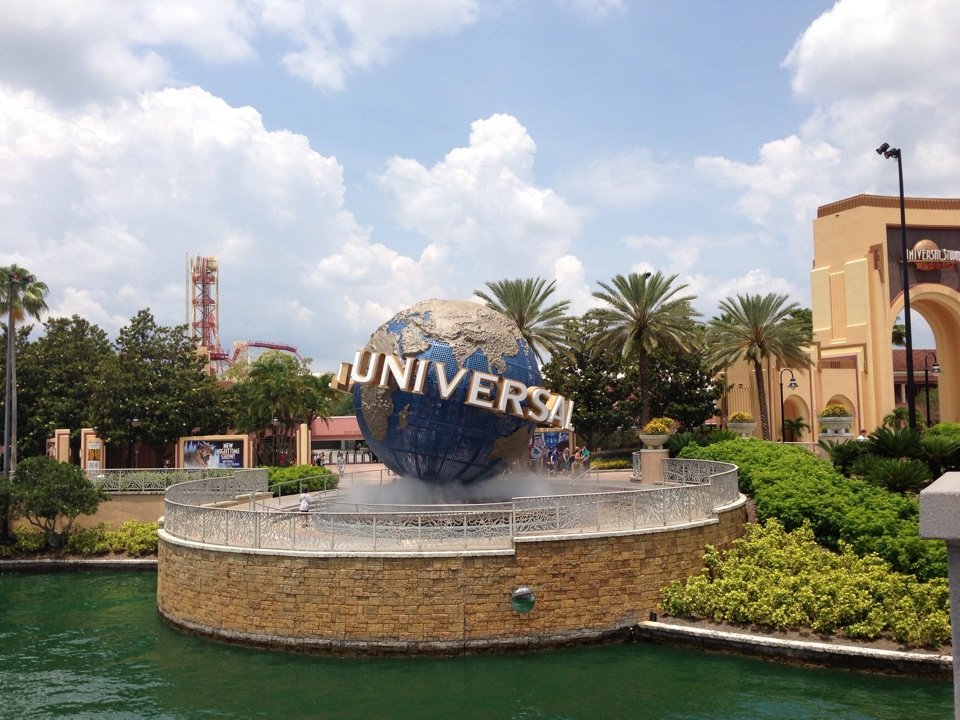 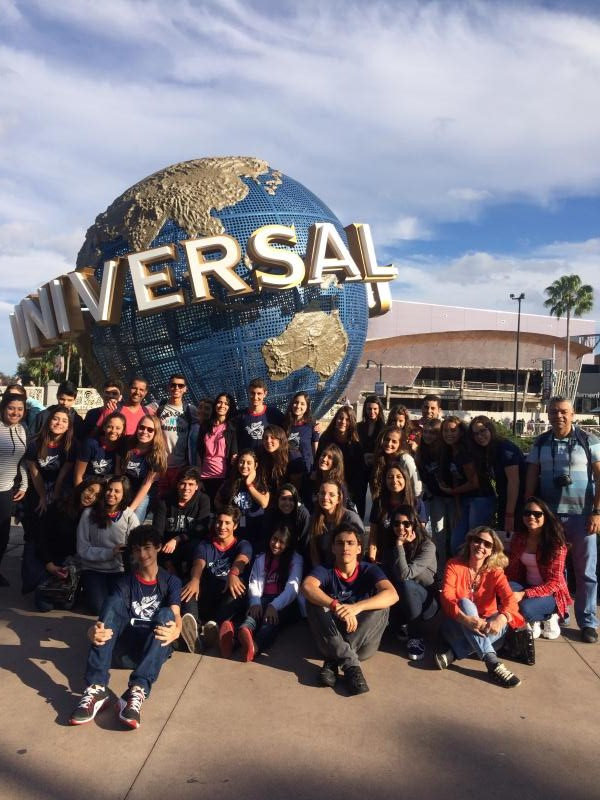 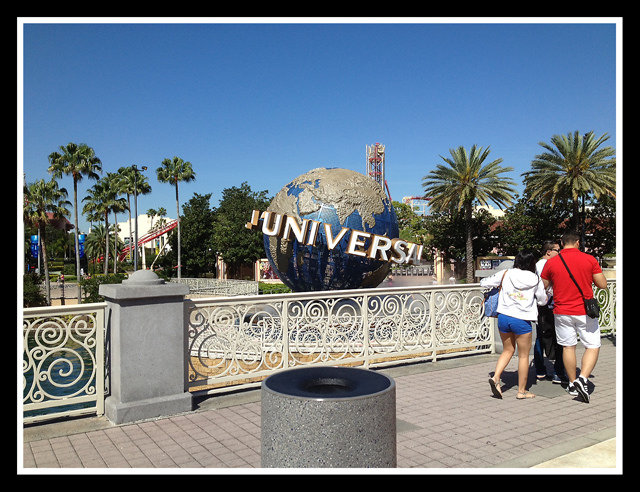 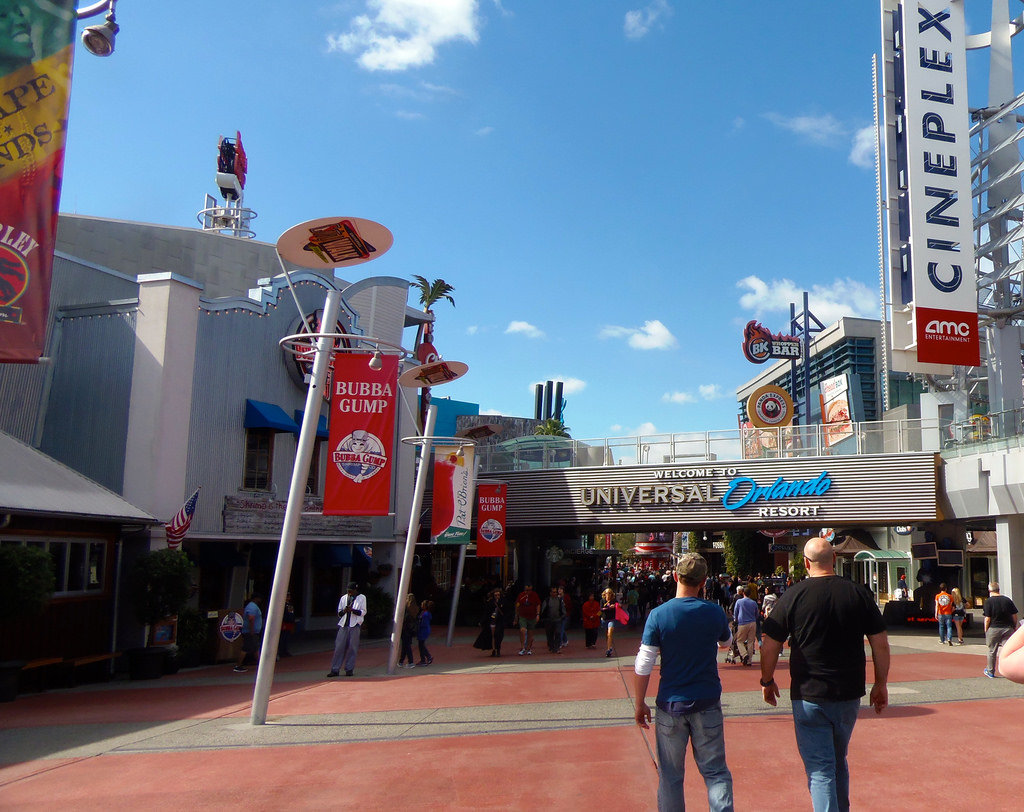 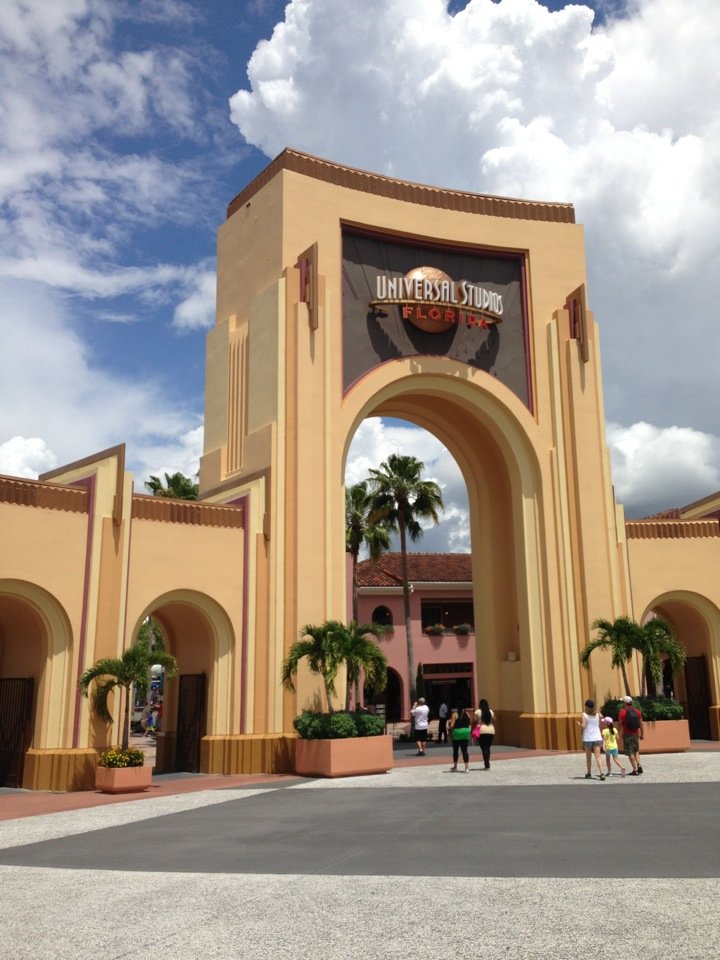 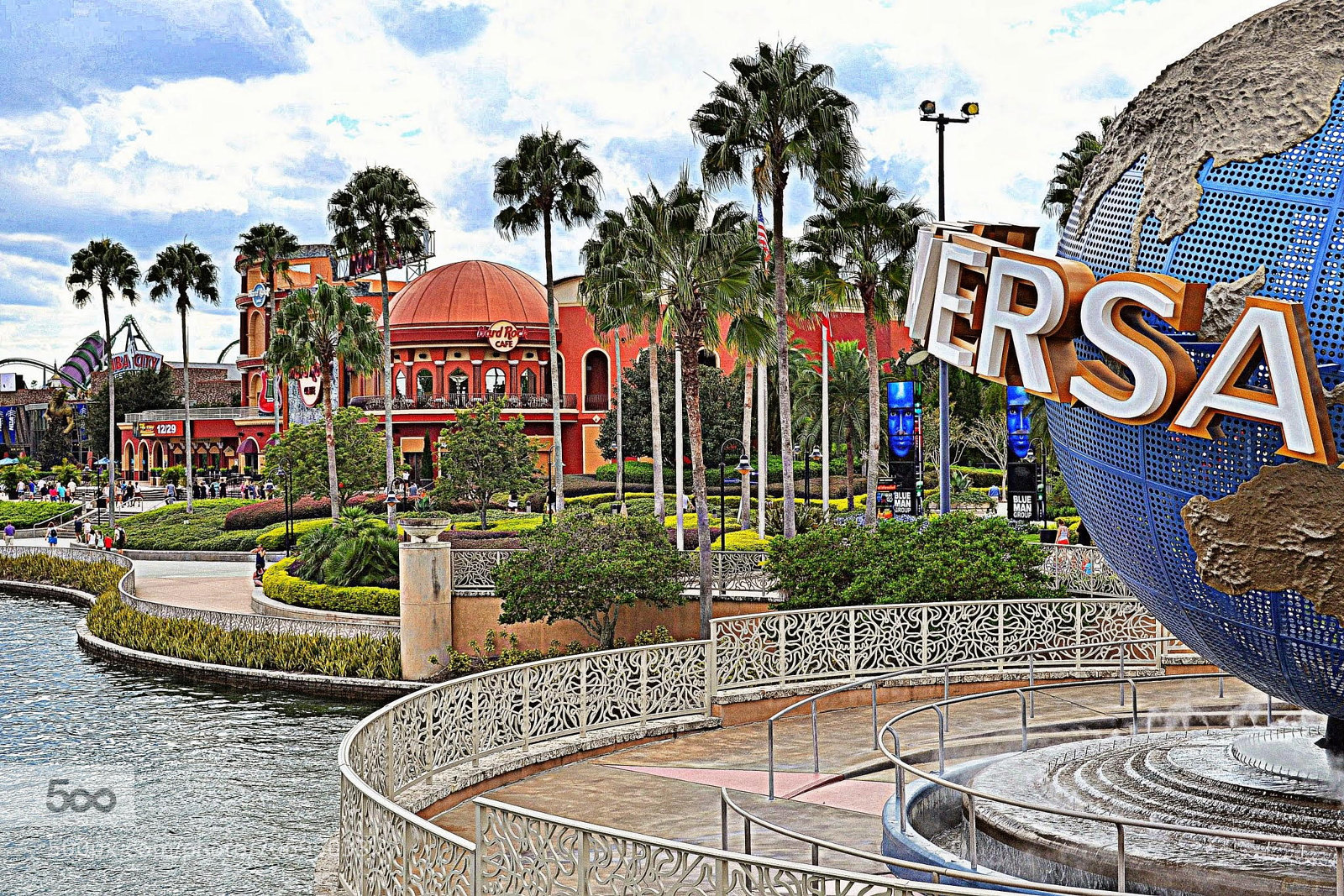 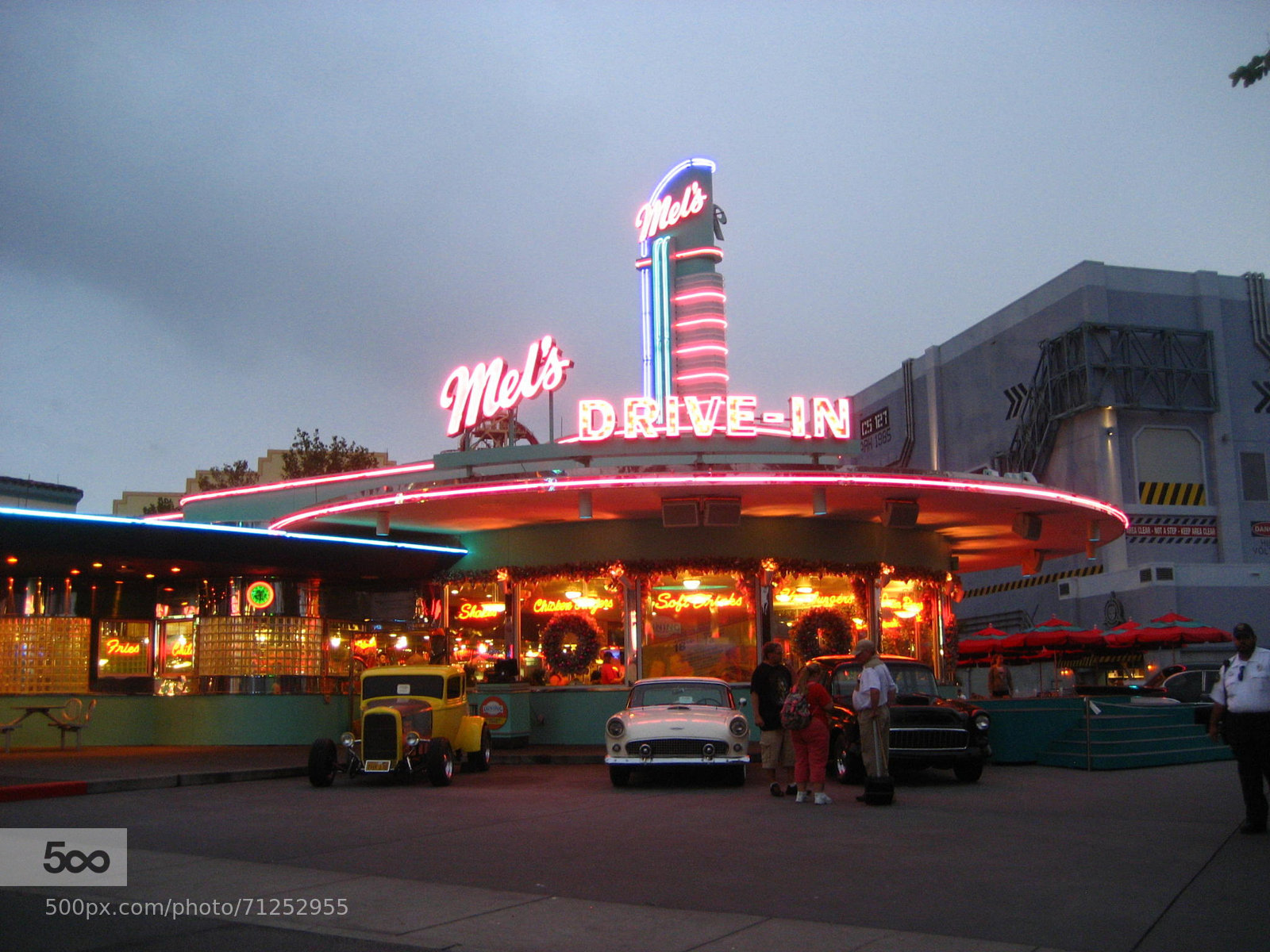 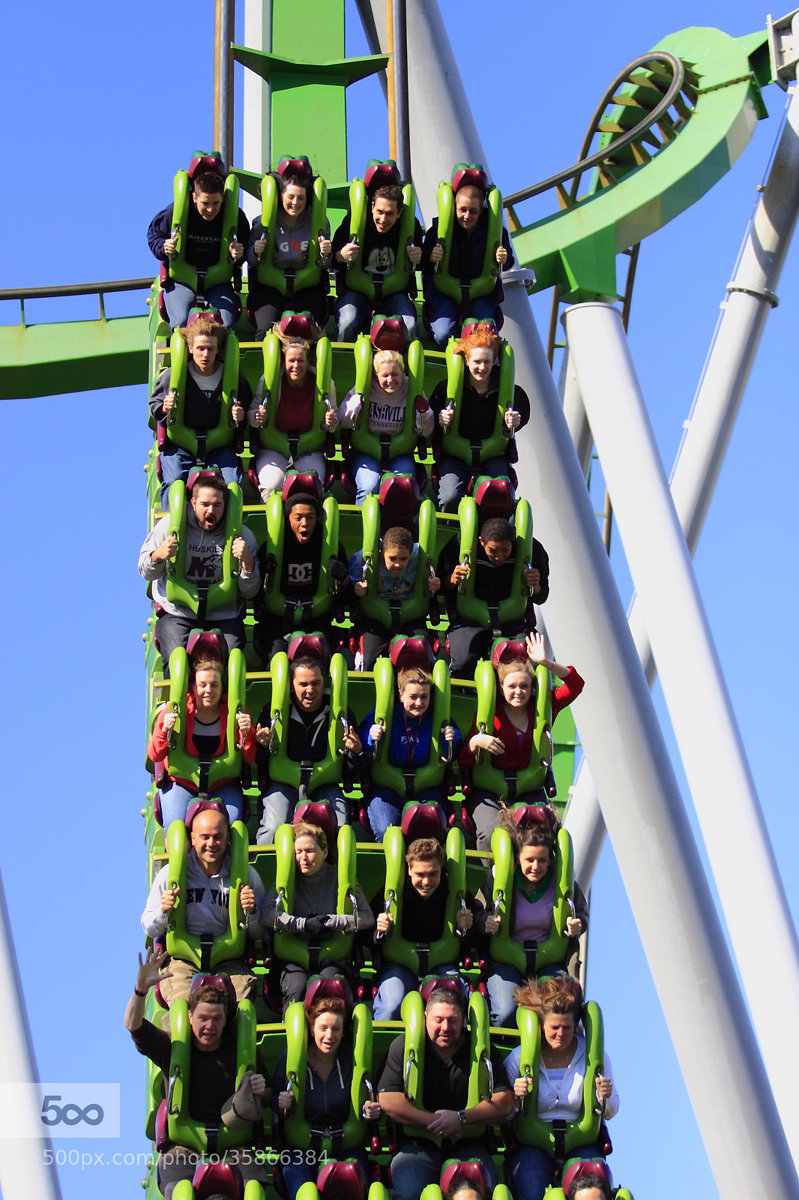