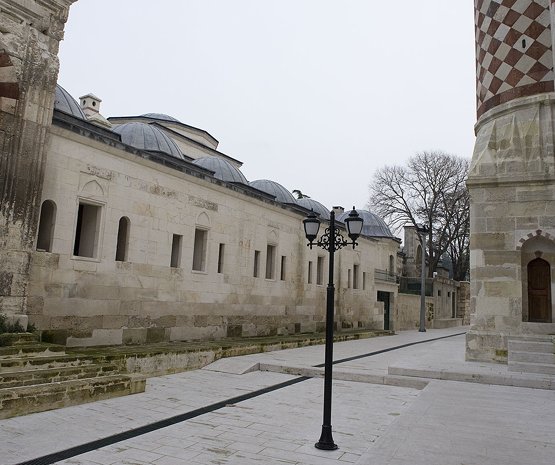 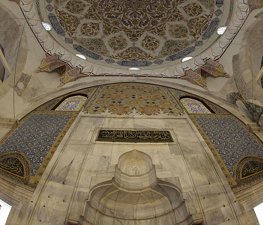 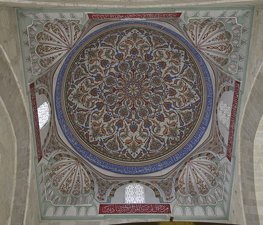 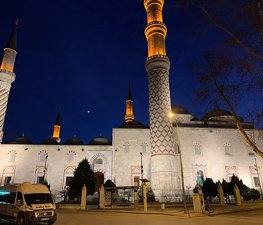 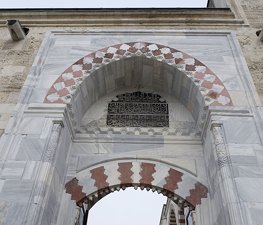 The Üç Şerefeli Mosque was commissioned by Ottoman sultan Murad II (1421–1444,1446– 1451), and built between 1438 and 1447. It is located in the historical center of the city, close to the Selimiye Mosque and Old Mosque. The name refers to unusual minaret with three balconies (Turkish: üç şerefeli).

The architect of the mosque is not known. It is built of Burgaz limestone with a main dome that is 24 m in diameter. When first built the dome was the largest in any Ottoman building. The mosque was severely damaged by fire in 1732 and by an earthquake in 1748 but was repaired on the order of Mahmut I.

The two blue and turquoise underglaze-painted tile panels in the tympana of the windows were probably produced by the same group of tilemakers who had decorated the Yeşil Mosque (1419–21) in Bursa where the tiles are signed as "the work of the masters of Tabriz" (ʿamal-i ustadan-i Tabriz). The running pattern of the Chinese influenced floral border tiles is similar to those in the small Muradiye Mosque in Edirne.

In the Şakaiki Numaniye Taş Köprü Zade relates how 'Certain accursed ones of no significance' were burnt to death by Mahmut Paşa who accidentally set fire to his beard in the process.

The Muradiye Mosque (Turkish: Muradiye Camii) is a 15th-century 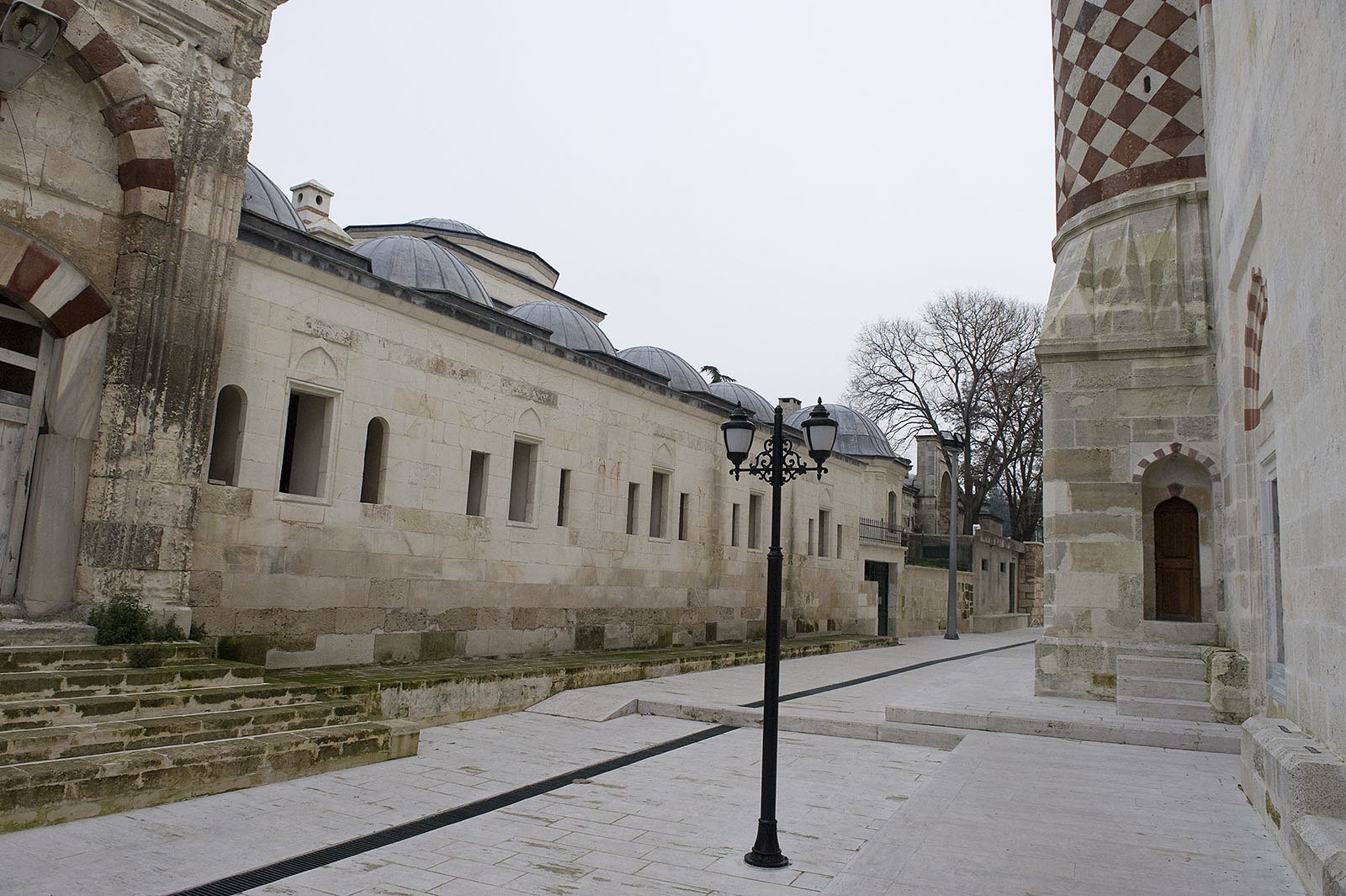 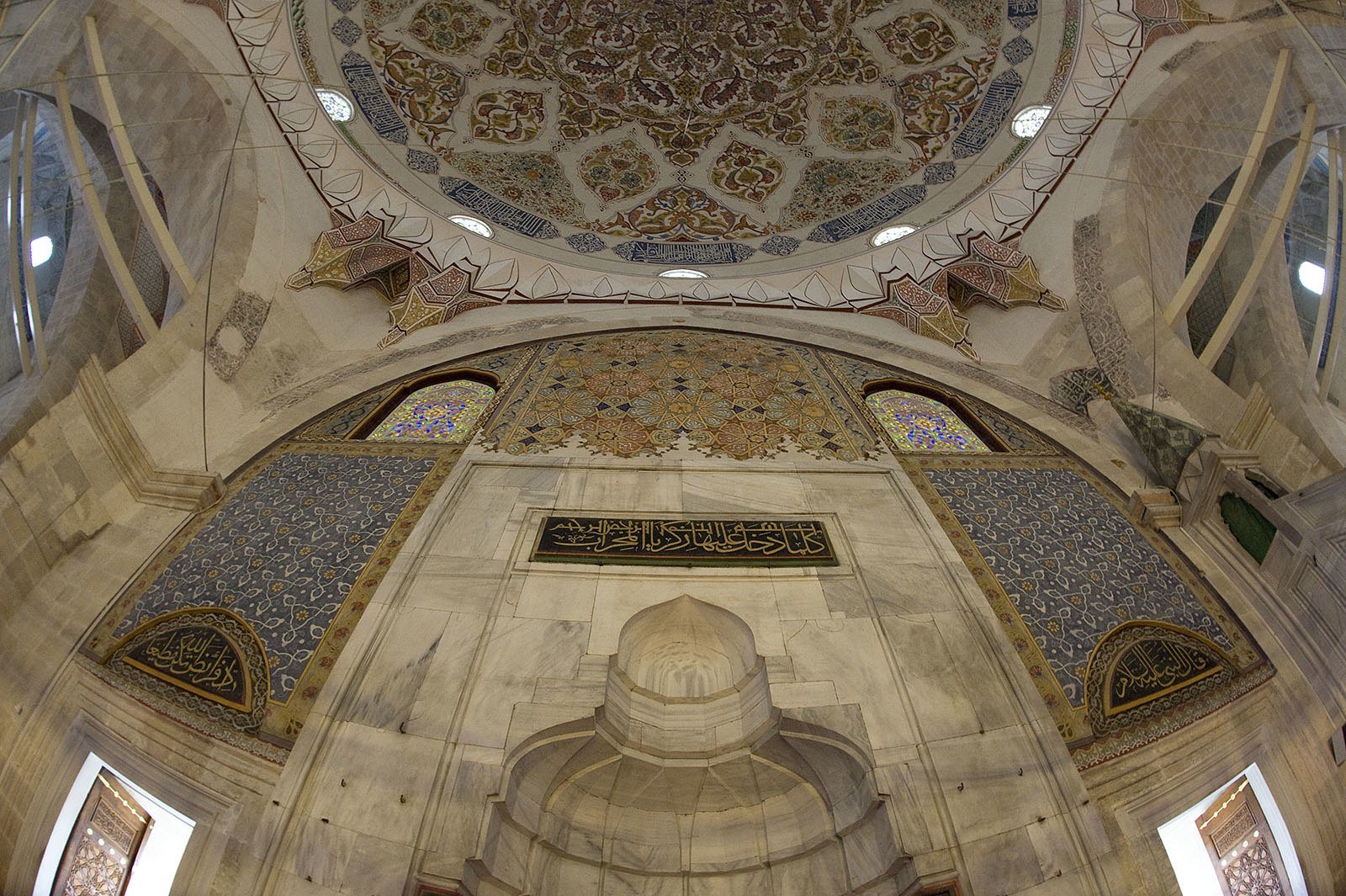 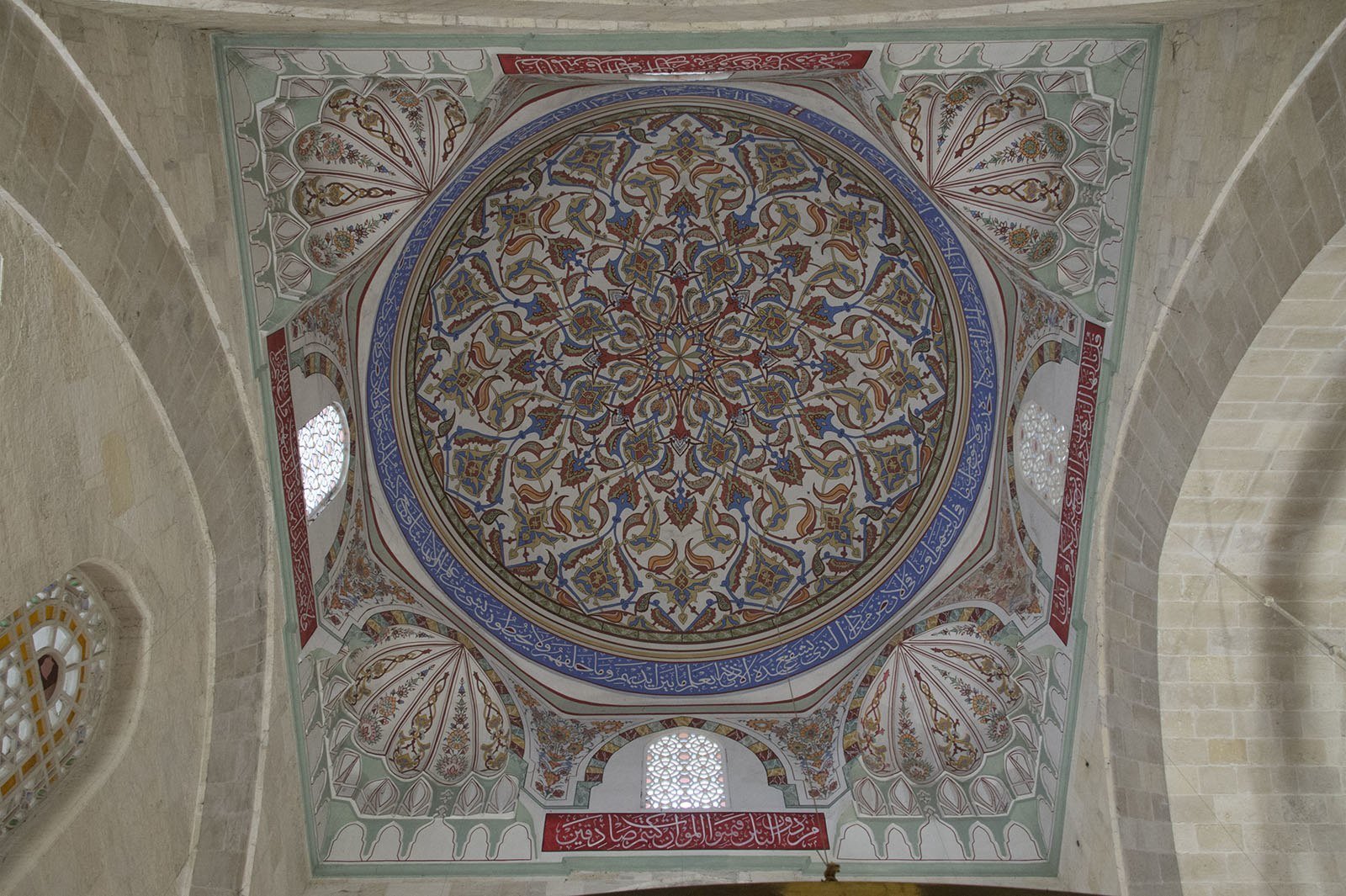 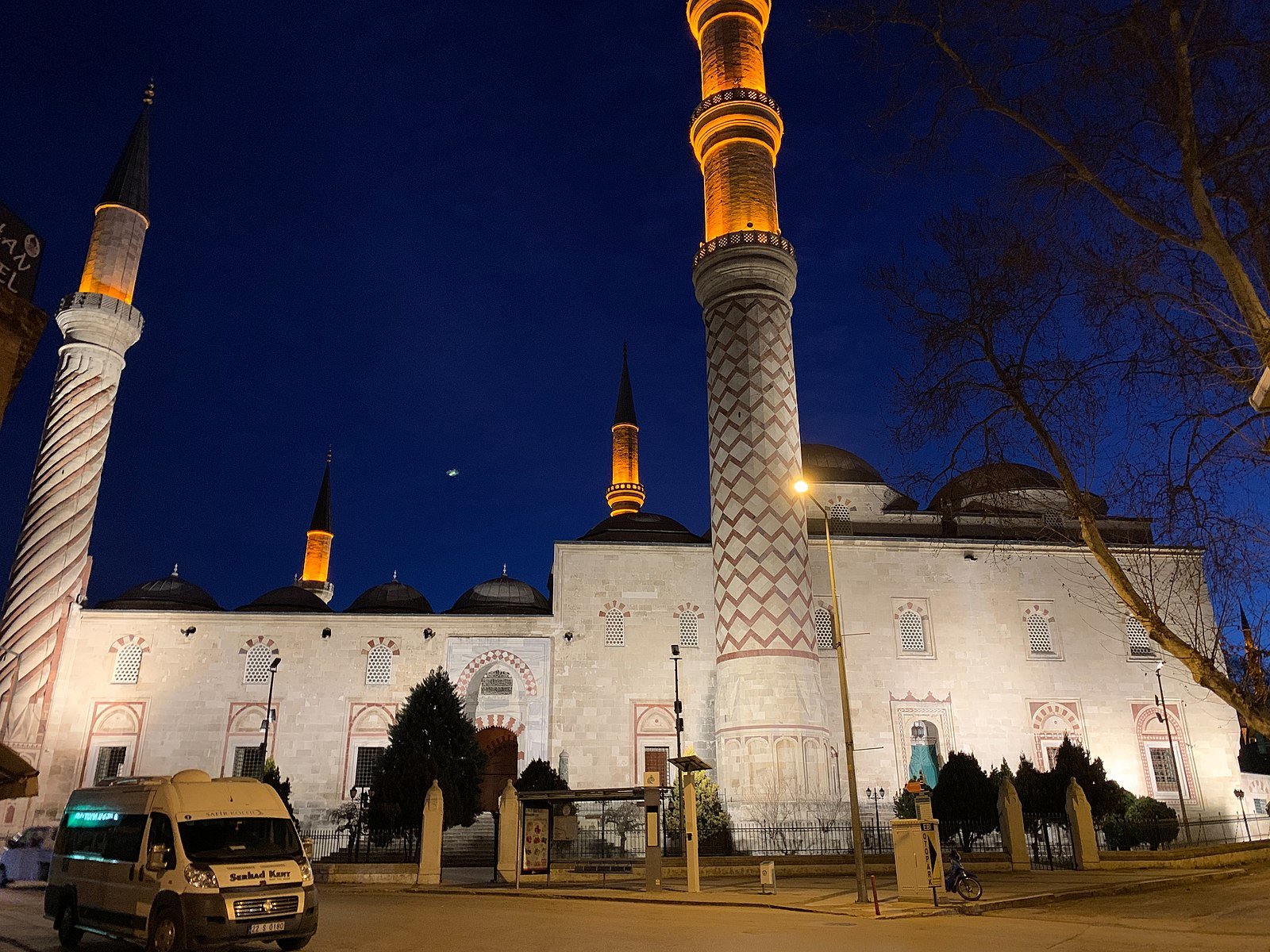 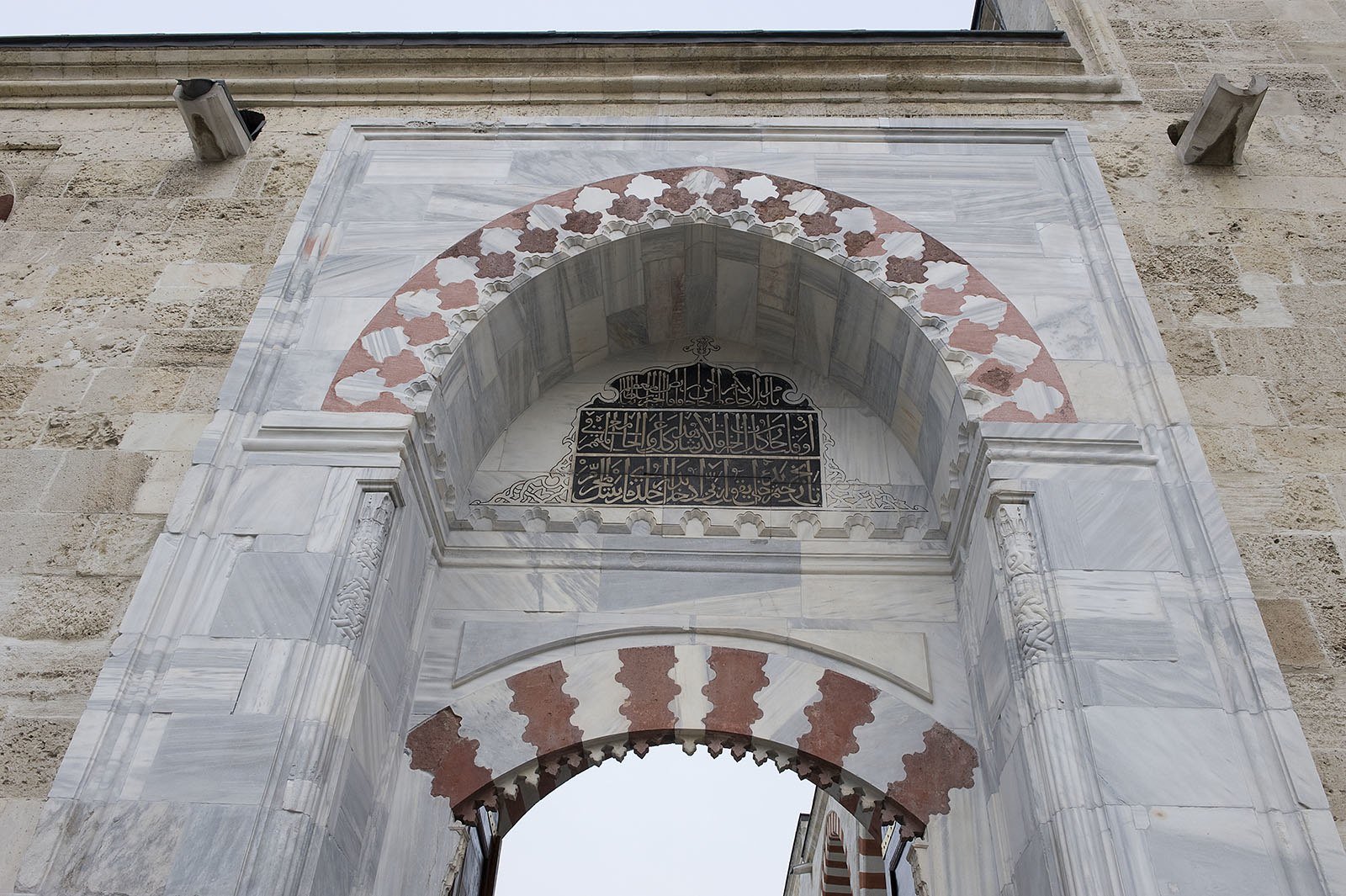 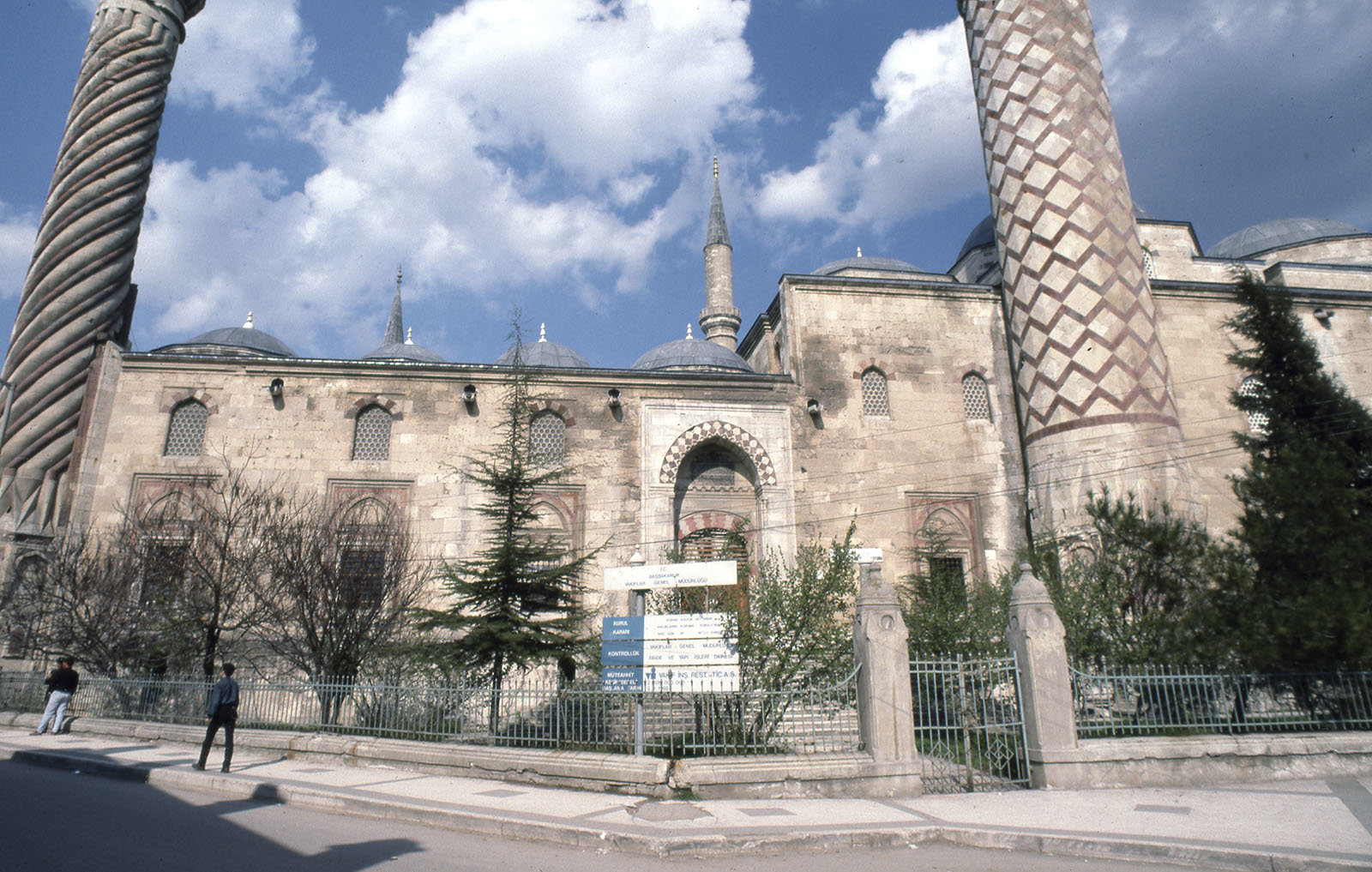 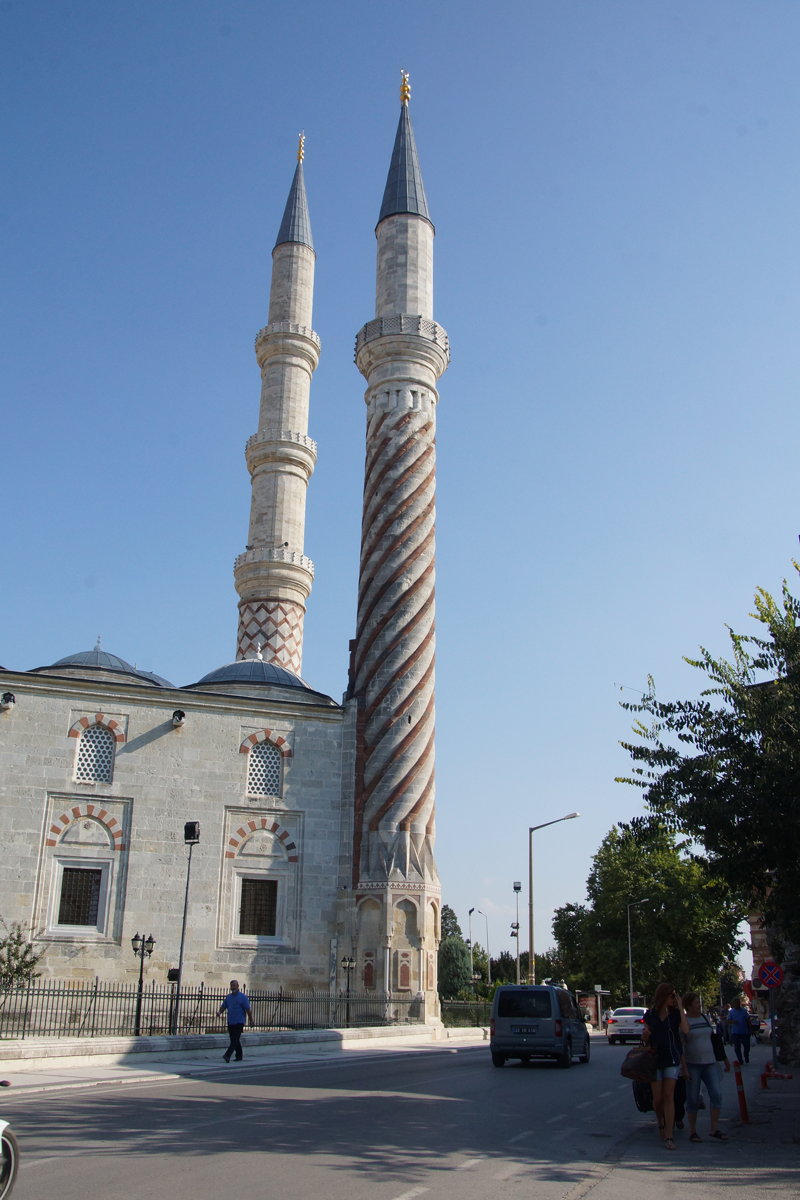 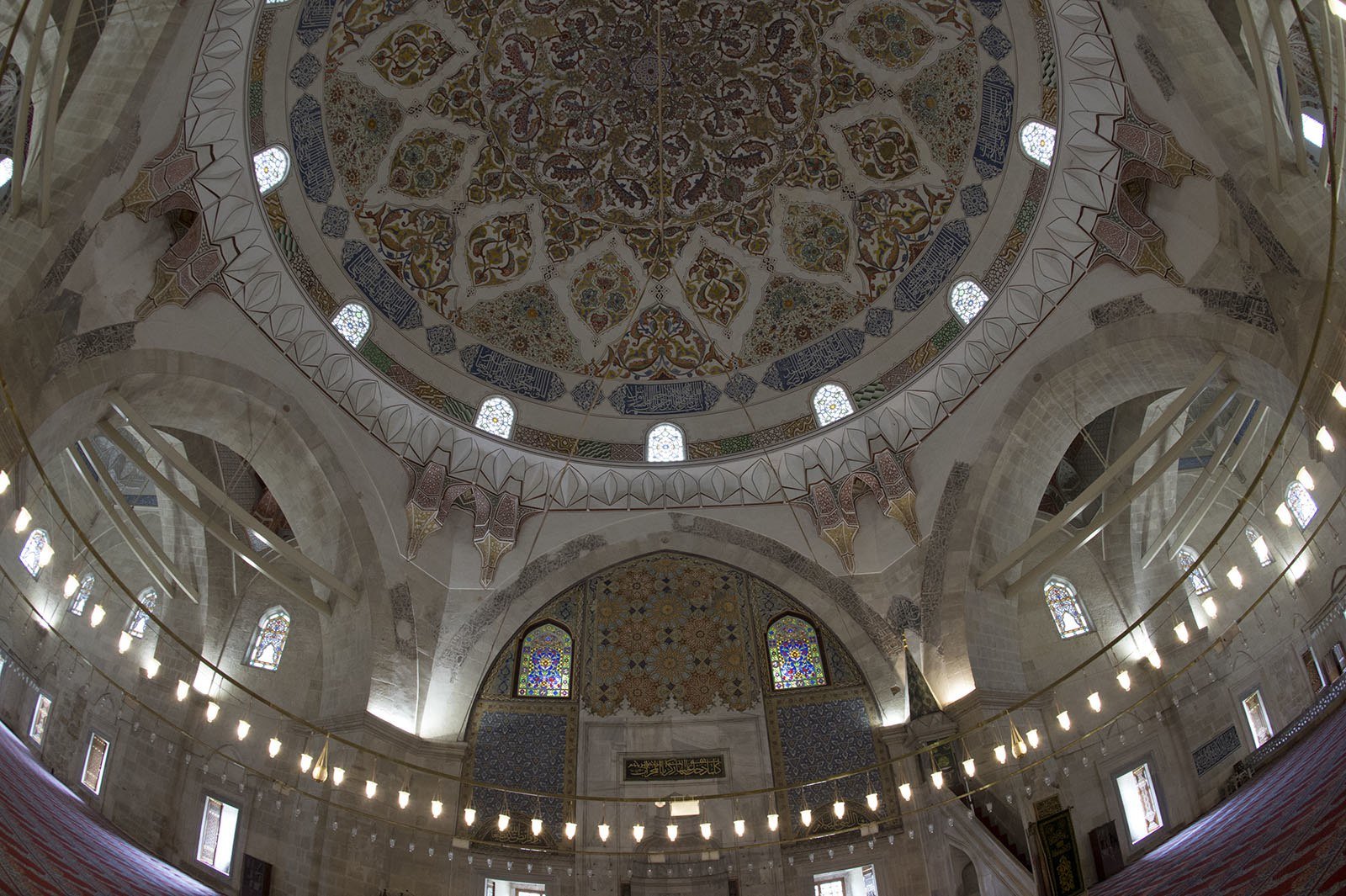 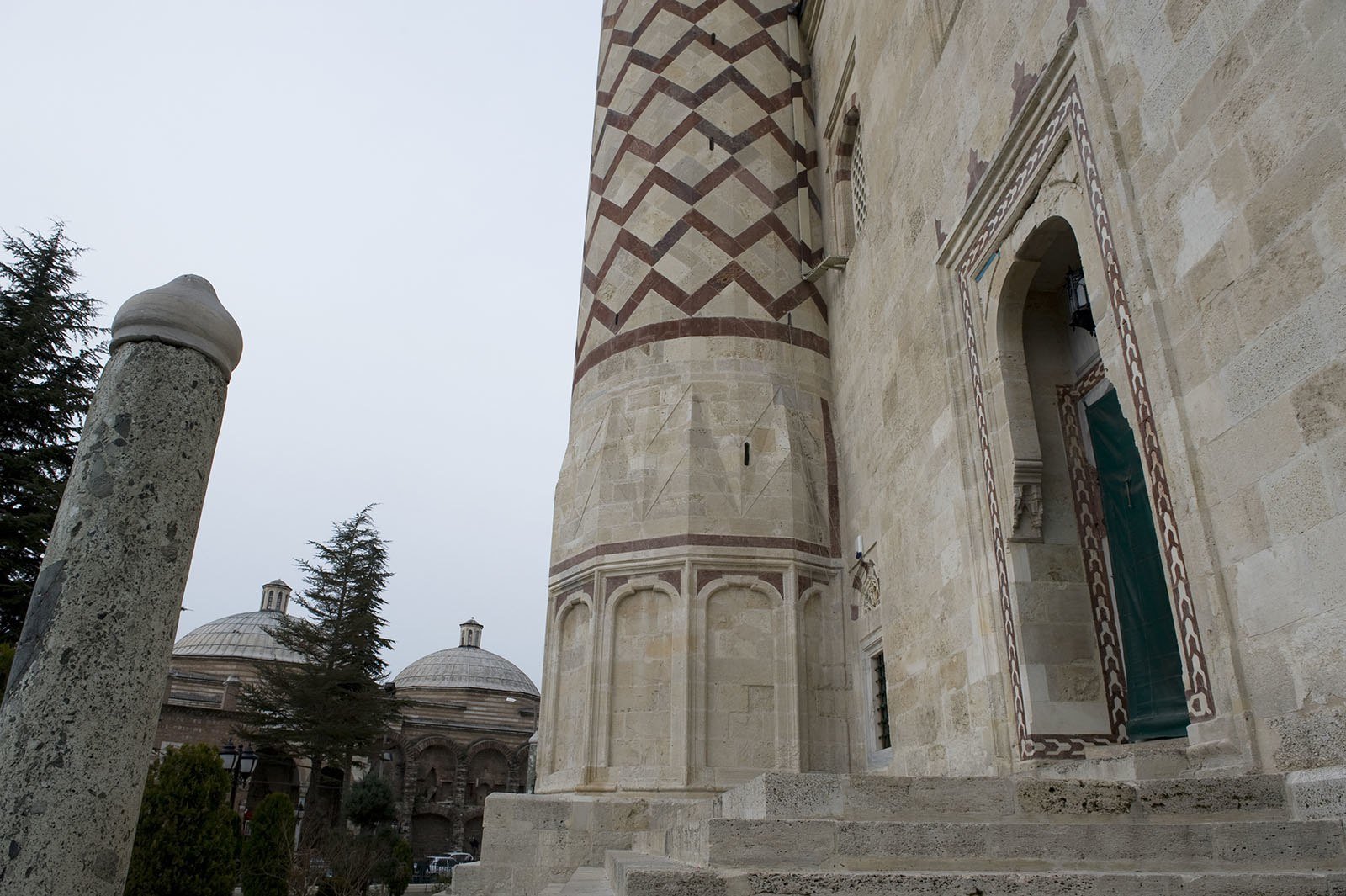 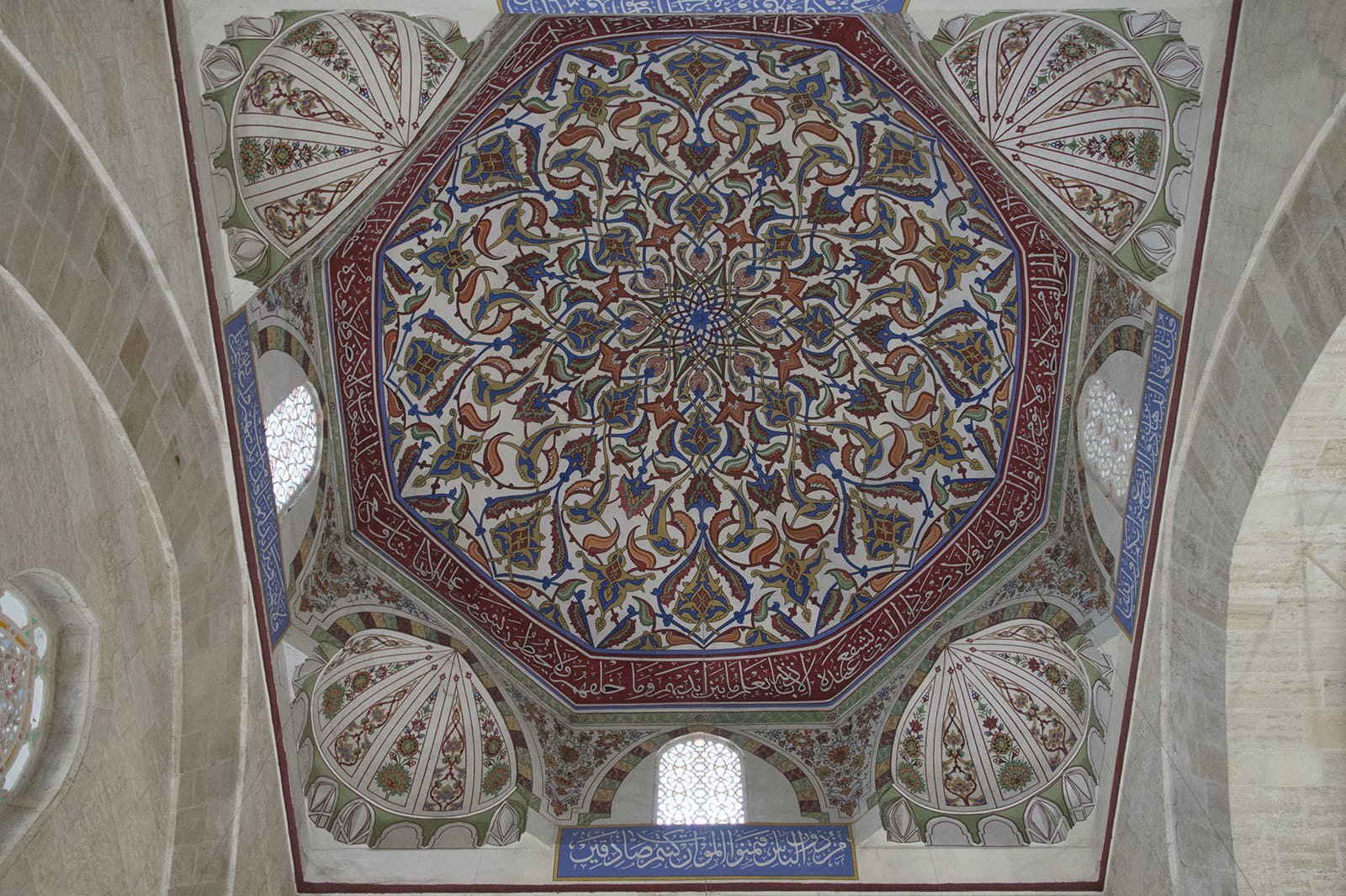 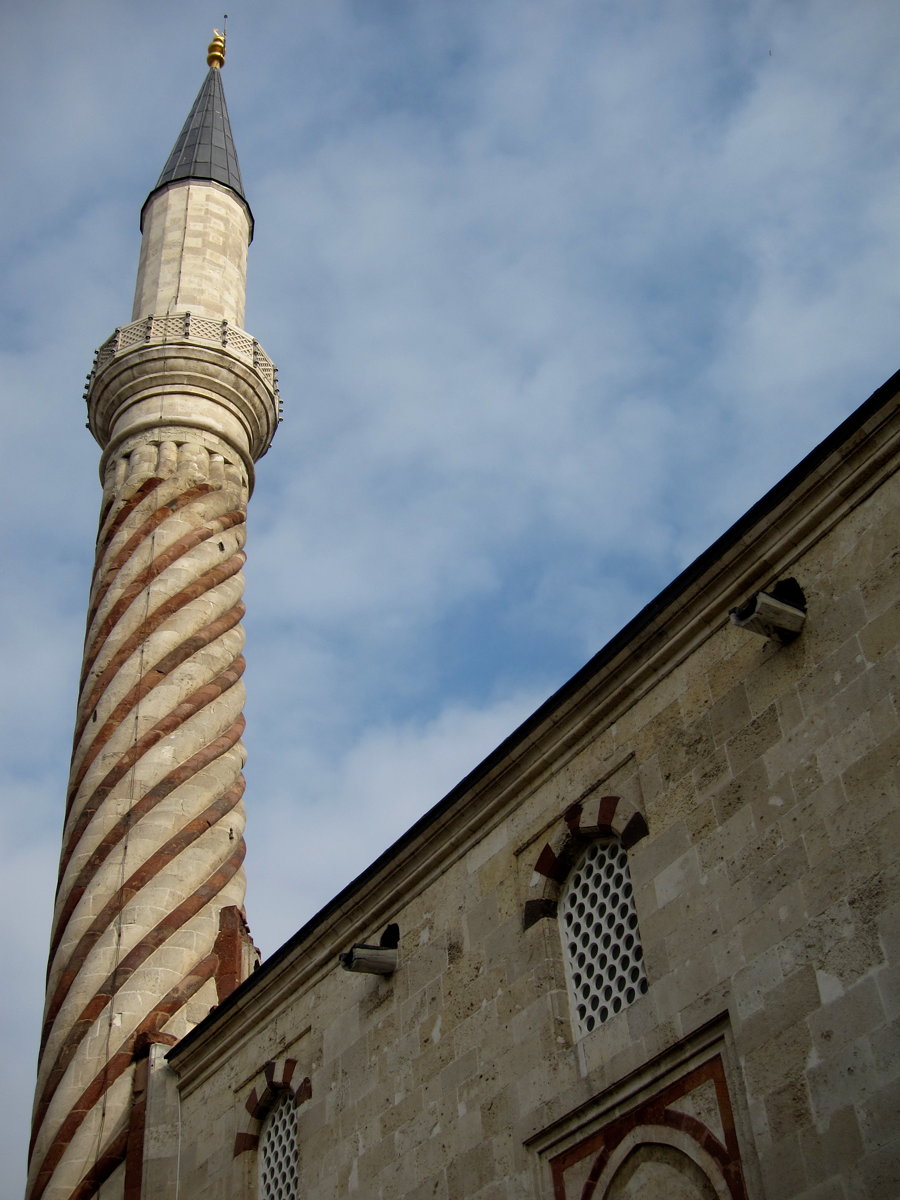 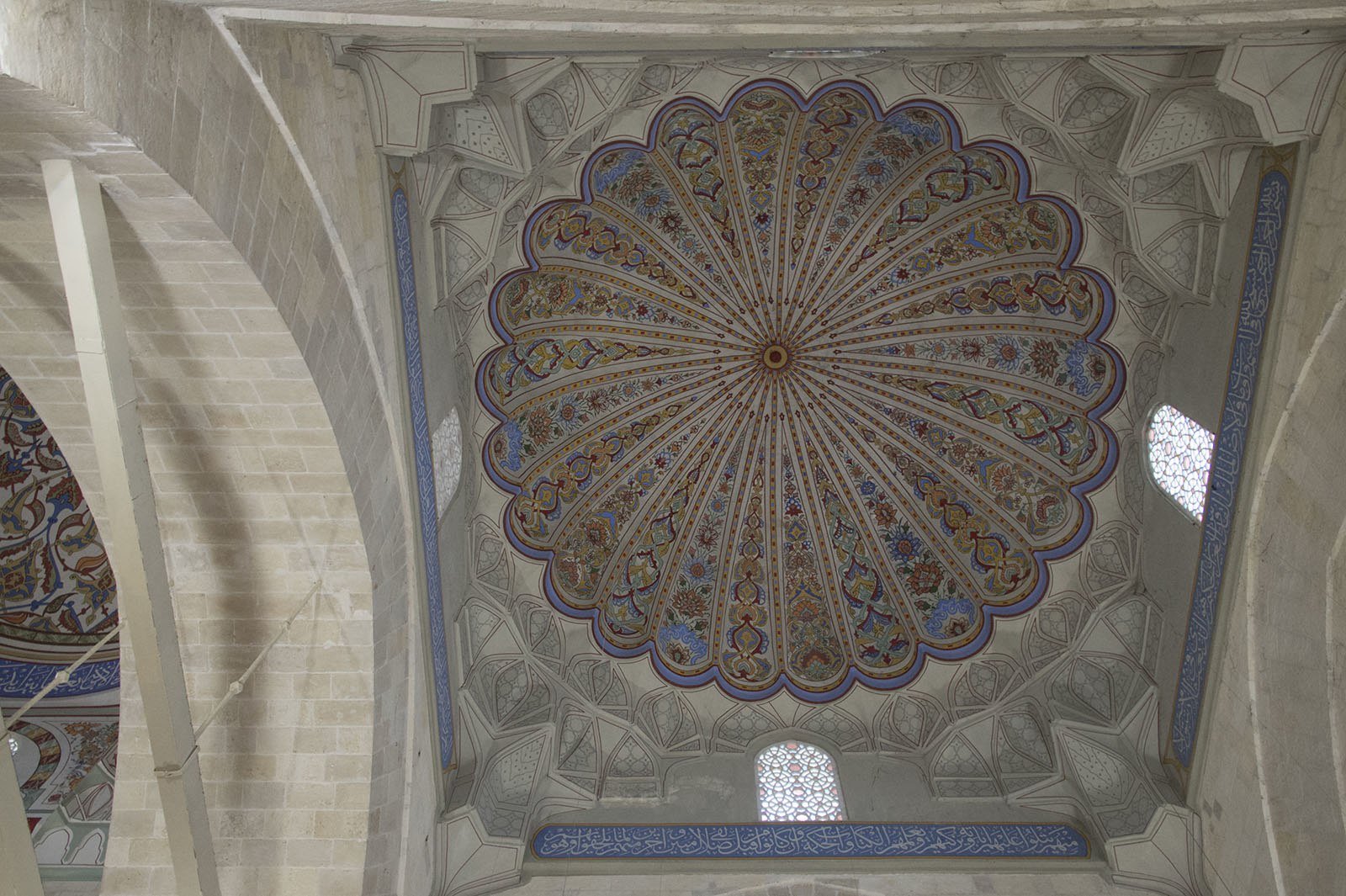 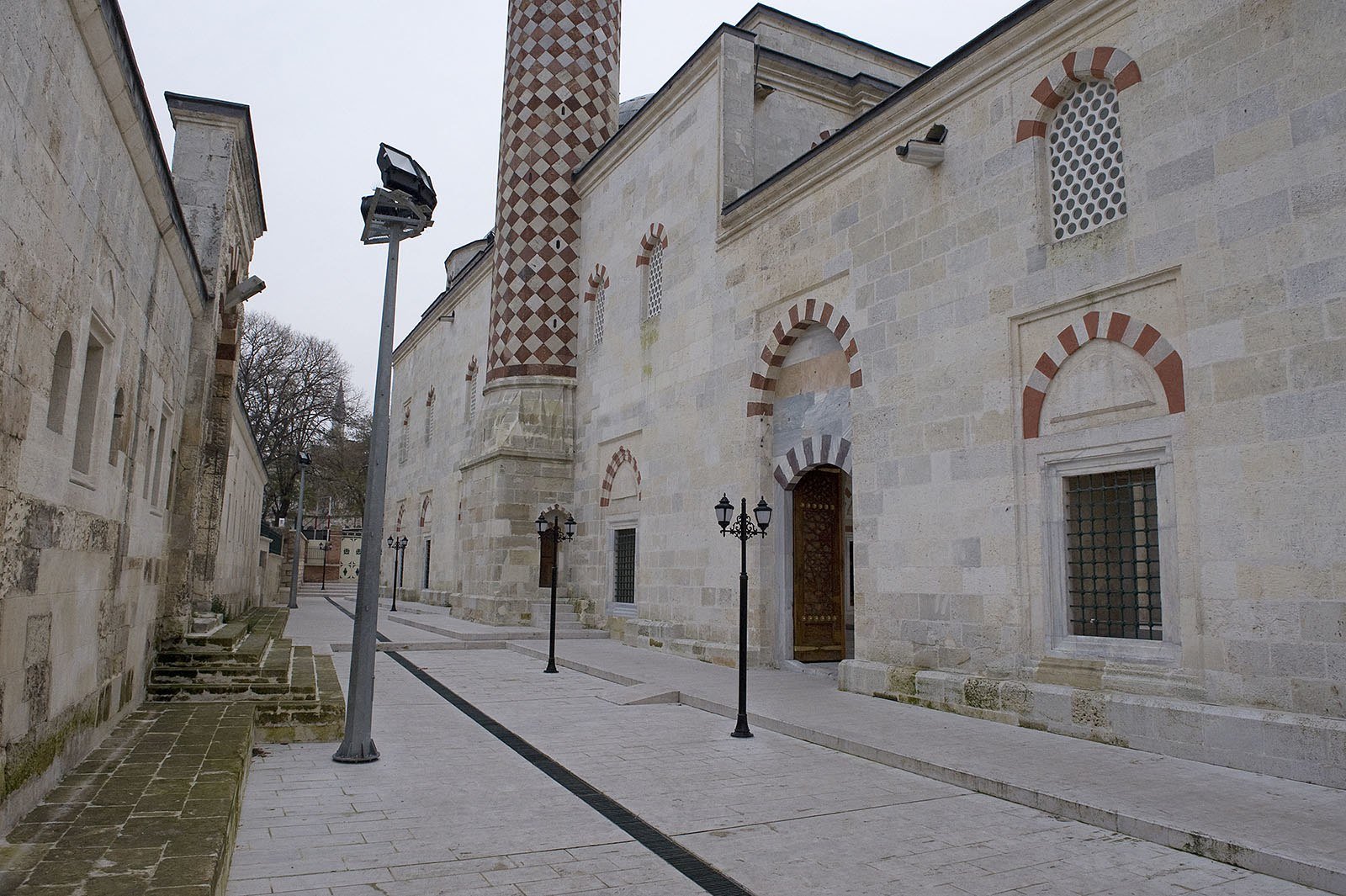 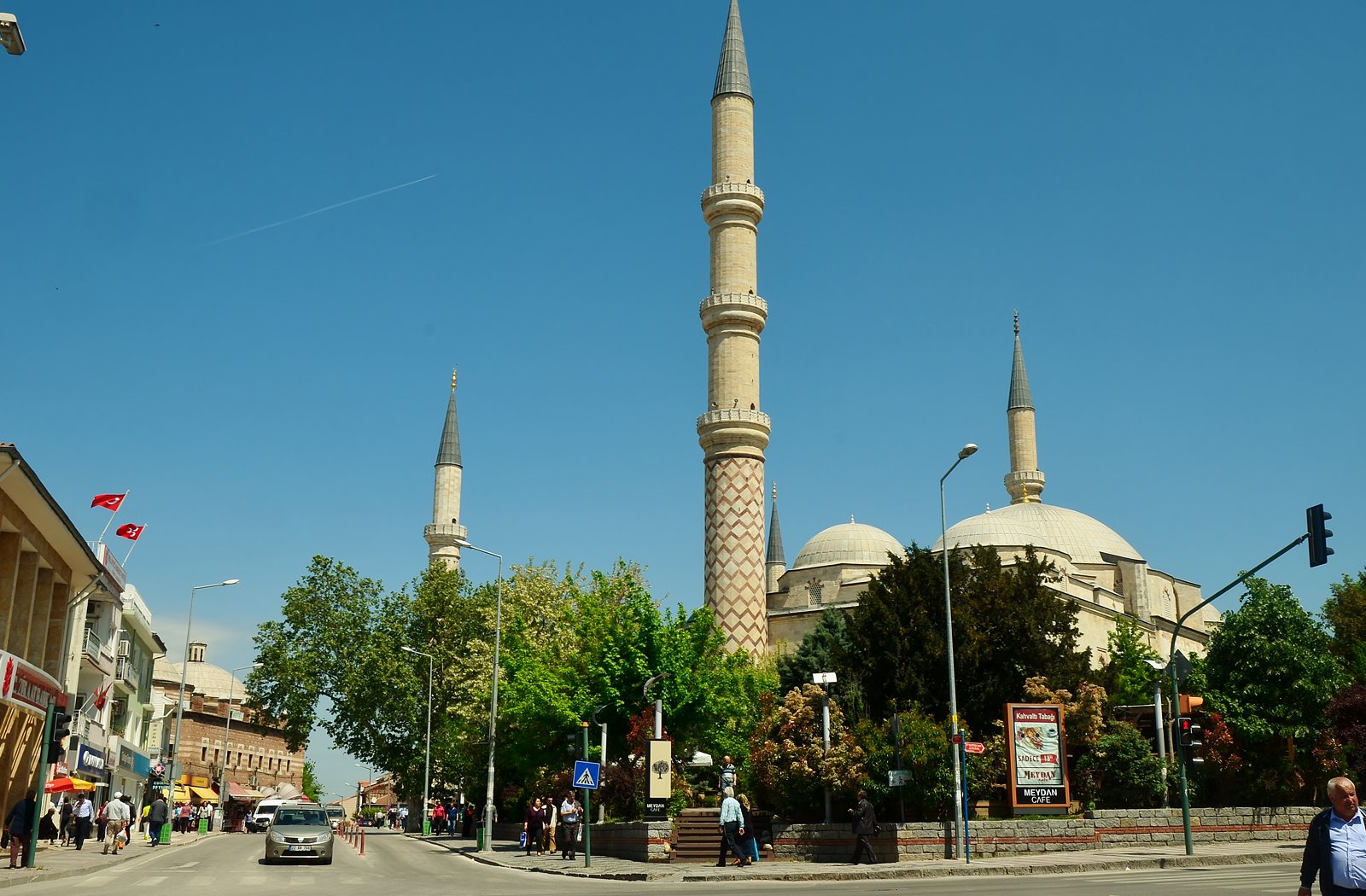 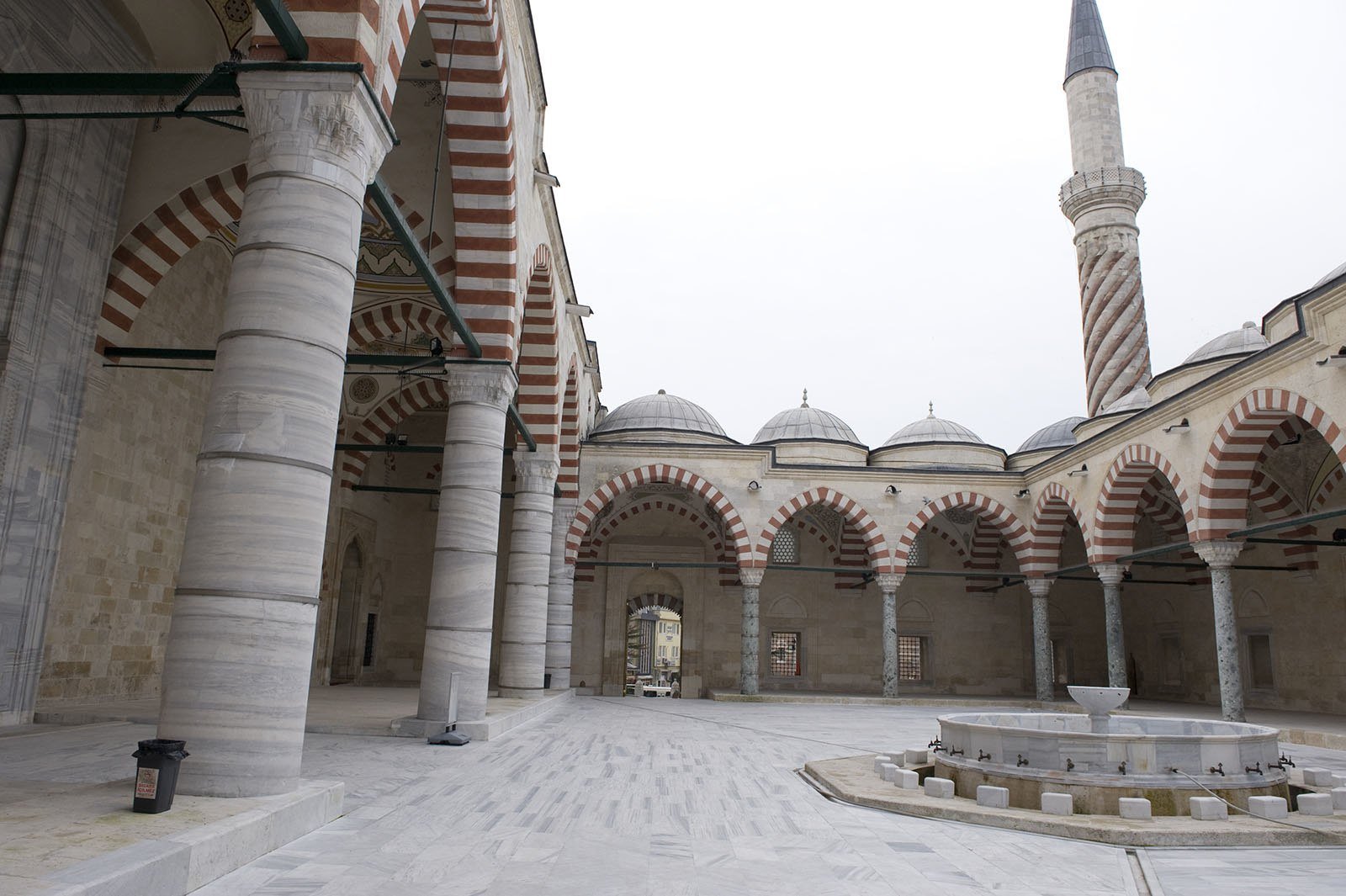 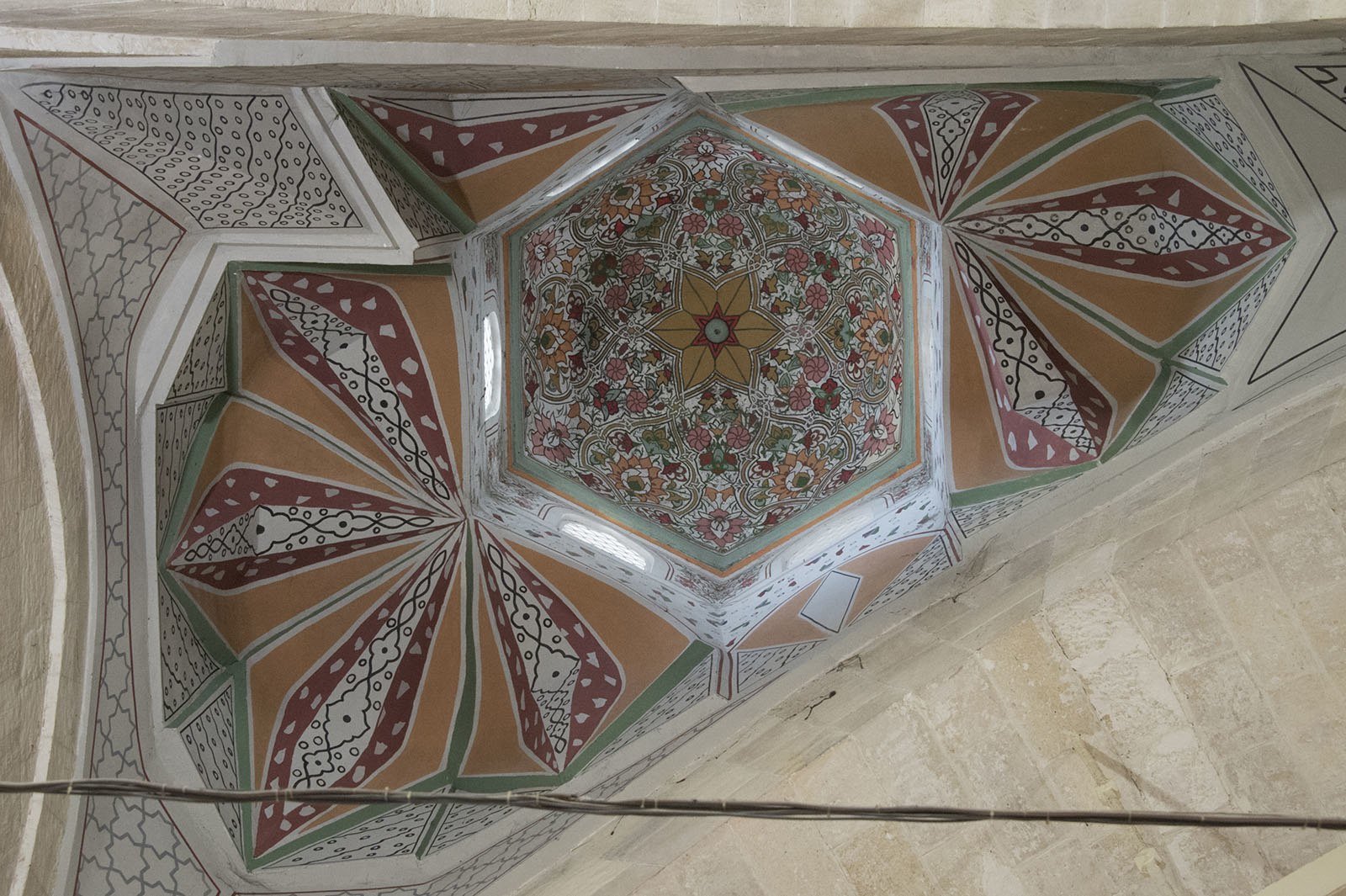 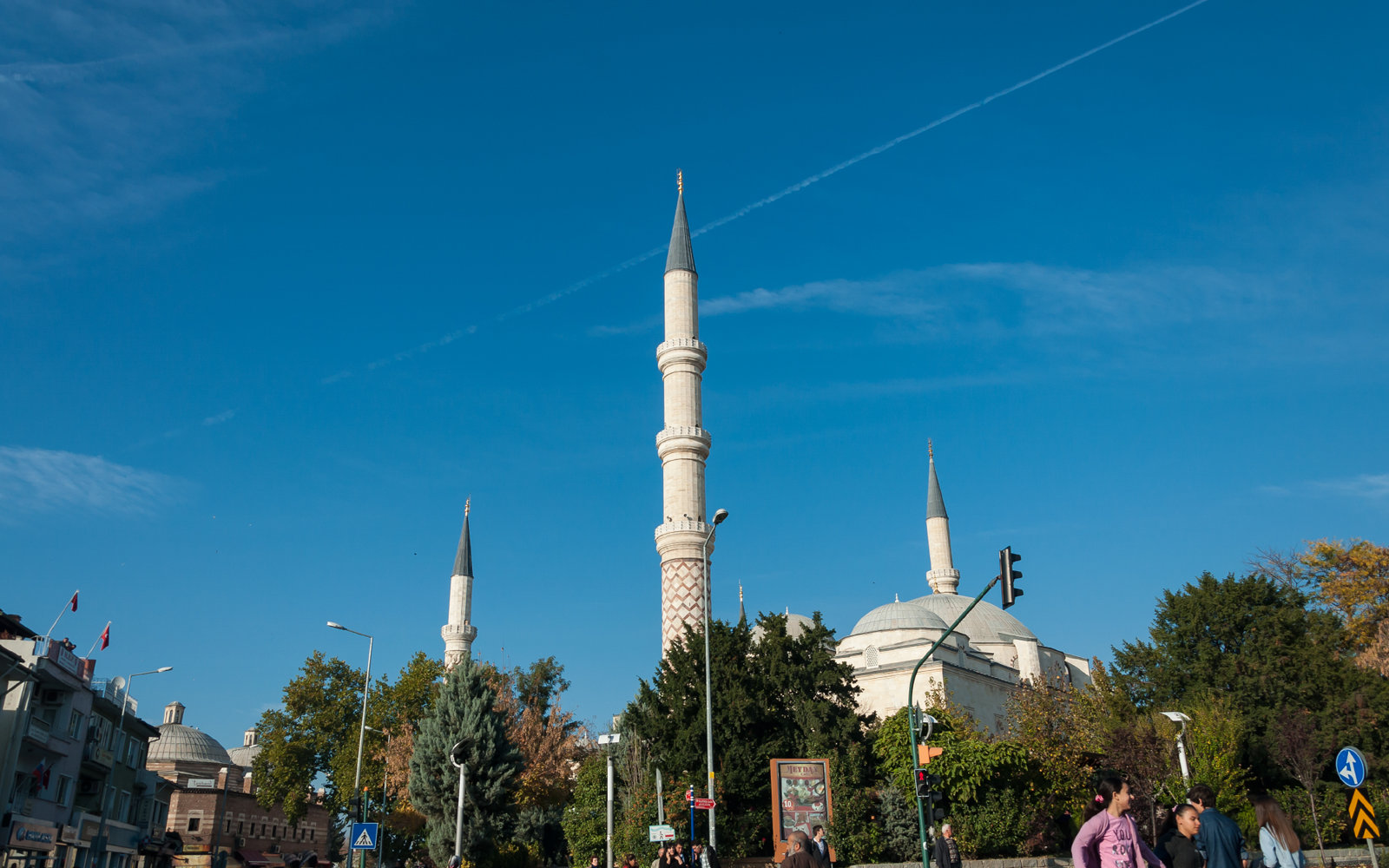