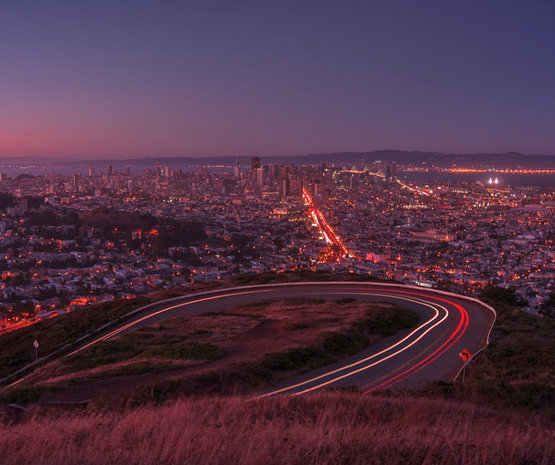 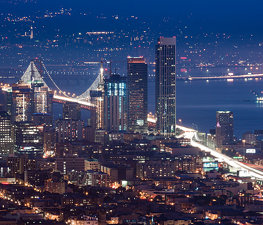 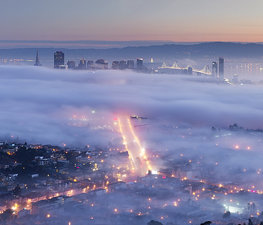 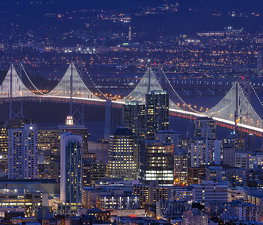 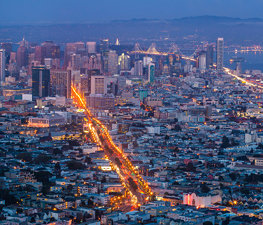 The Twin Peaks are two prominent hills with an elevation of about 925 feet (282 m) located near the geographic center of San Francisco, California. Only 928 foot (283 m) Mount Davidson is higher within the city.

The North and South Twin Peaks, also known as "Eureka" and "Noe" respectively, are about 660 ft (200 m) apart; Twin Peaks Boulevard runs a figure eight around them. The peaks form a divide for the summer coastal fog pushed in from the Pacific Ocean. Their west-facing slopes often get fog and strong winds, while the east-facing slopes receive more sun and warmth. Elevation at each summit is just over 900 feet (270 m). Thin, sandy soil is commonplace on Twin Peaks, making them susceptible to erosion.

Before the arrival of the Europeans, the native Ohlone people may have used Twin Peaks as a lookout or hunting ground. The ecological diversity of Twin Peaks provided medicinal or ceremonial plants, grains and berries. When the Spanish conquistadors and settlers arrived at the beginning of the 18th century, they called the area "Los Pechos de la Chola" or "Breasts of the Indian Maiden" and devoted the area to ranching. When San Francisco passed under American control during the 19th century, it was renamed "Twin Peaks".

Christmas Tree Point lies some 70 ft (21 m) below the North Peak and offers vistas of San Francisco and San Francisco Bay. The view to the north extends no farther than Cobb Mountain () 120 km away, but looking southeast down the Santa Clara Valley on a clear day, Santa Ana Mountain is just visible 143 km away.

To the north is one of the city's many reservoirs. It is owned by the San Francisco Fire Department, and supplies water to the Fire Department's independent HPFS water system for fighting fires, established after the 1906 earthquake and fire.

The top of Twin Peaks is undeveloped. It is part of the 31 acres (13 ha) Twin Peaks Natural Area, managed and owned by the San Francisco Recreation and Parks Department. These preserved areas are home to many natural resources and wildlife. As part of the Mission blue butterfly habitat conservation, Twin Peaks is one of the few remaining habitats for this endangered species. Many bird species, insects and vegetation thrive in these areas.

The Muni Metro Twin Peaks Tunnel runs beneath Twin Peaks, linking Downtown San Francisco with West Portal and the southwestern part of the city. There is no public transportation all the way to the top of the Peaks, but the 37 Corbett Muni line stops on Crestline Drive near a path up the hill.

The San Francisco Police Department Academy is at the base of the peaks.

The name "Twin Peaks" is also applied to the surrounding neighborhood.

Love that melts the heart of a lonely soul — PeterThoeny @ Flickr

Aaron Cruz
One of those spots you see in the movies. Great romantic, panoramic views of SF when it's not foggy. Checkout the colorful houses on the windy Twin Peaks Boulevard. Parking sometimes an issue up-top.

Richard Revilla
One of the most amazing views of any city in the country. It's the heart so you get a 360 view. Look for the spots you want to visit. Windy.

Eli L
get dropped off at the NE corner (Burnett/gardenside) and take the trail going up. be careful, it's not the safest of climbs, but gives you beautiful views of downtown as you ascend to the top

Willem Van Lancker
A must see for any San Francisco visitor. Park in-between the peaks and hike to the top for a view across the entire city, Golden agate, and Pacific Ocean.

Melani Aguilar
It’s always foggy in SF specially in Twin peaks but if you wait you can see the sun hitting the city. Gorgeous view. Extremely windy, bring a jacket. Go around midday.

Tom Coates
One of the absolute must-see views of San Francisco, along with Treasure Island and Fort Point
Load more comments
foursquare.com
9.0/10
Ricka, Roman Simonov and 320,639 more people have been here
I've been here
Add to wishlist

Mount Davidson is the highest natural point in San Francisco, 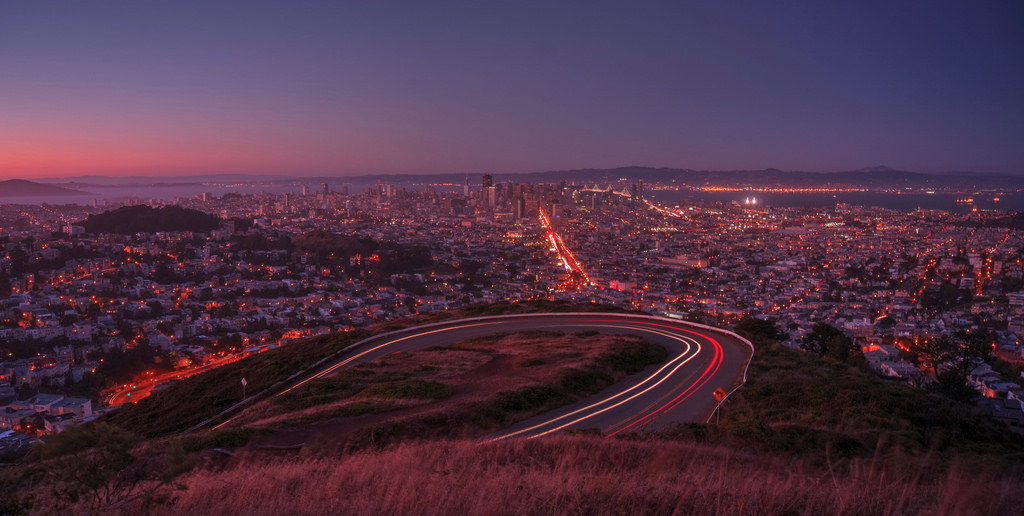 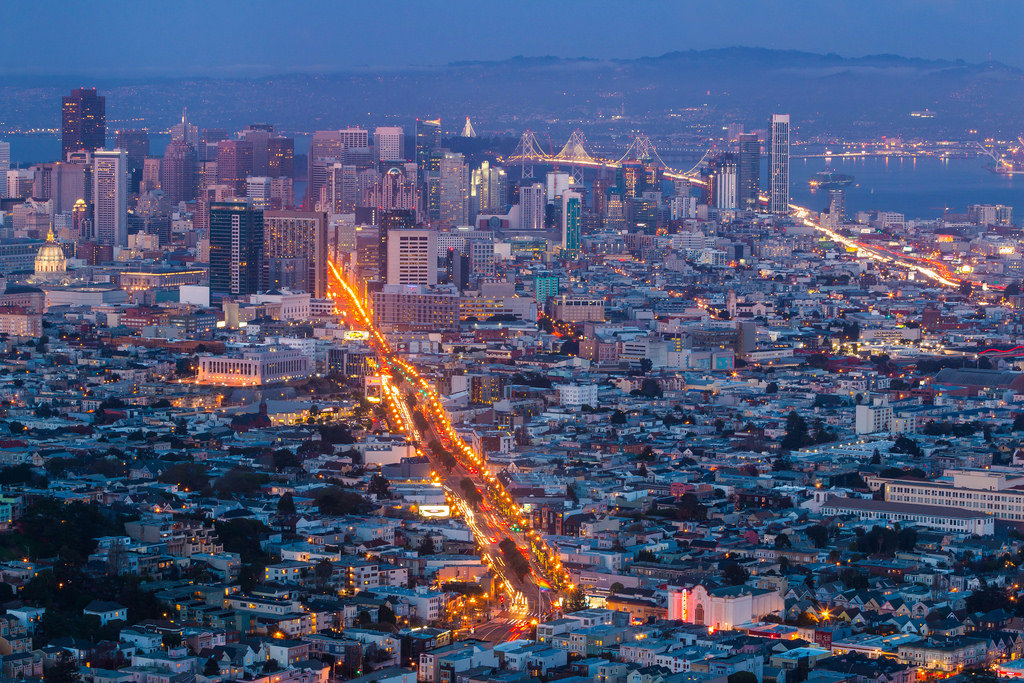 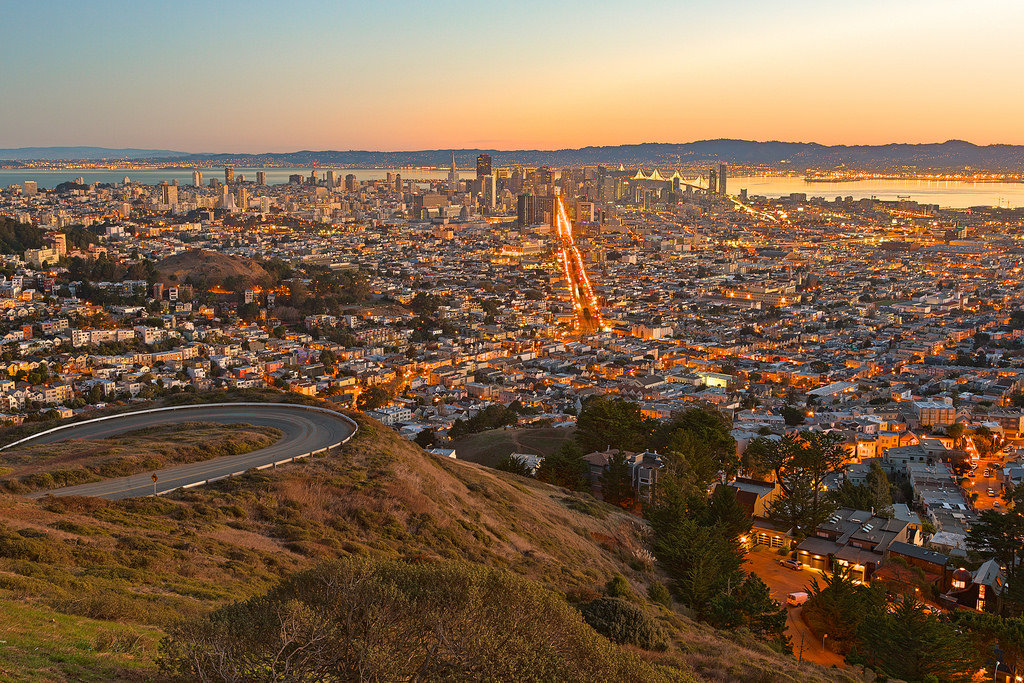 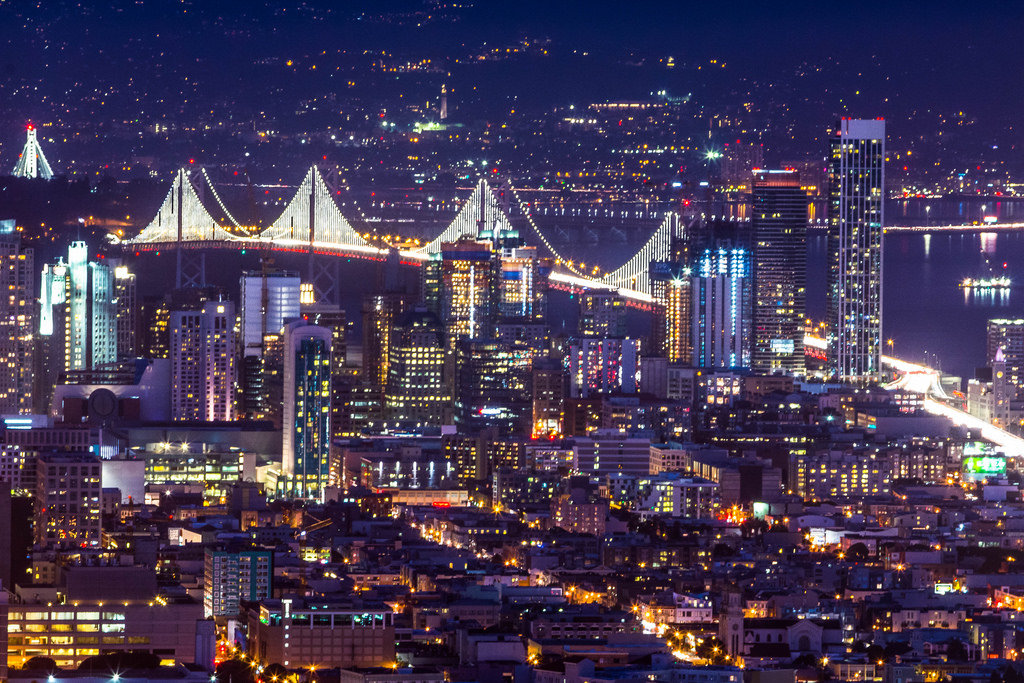 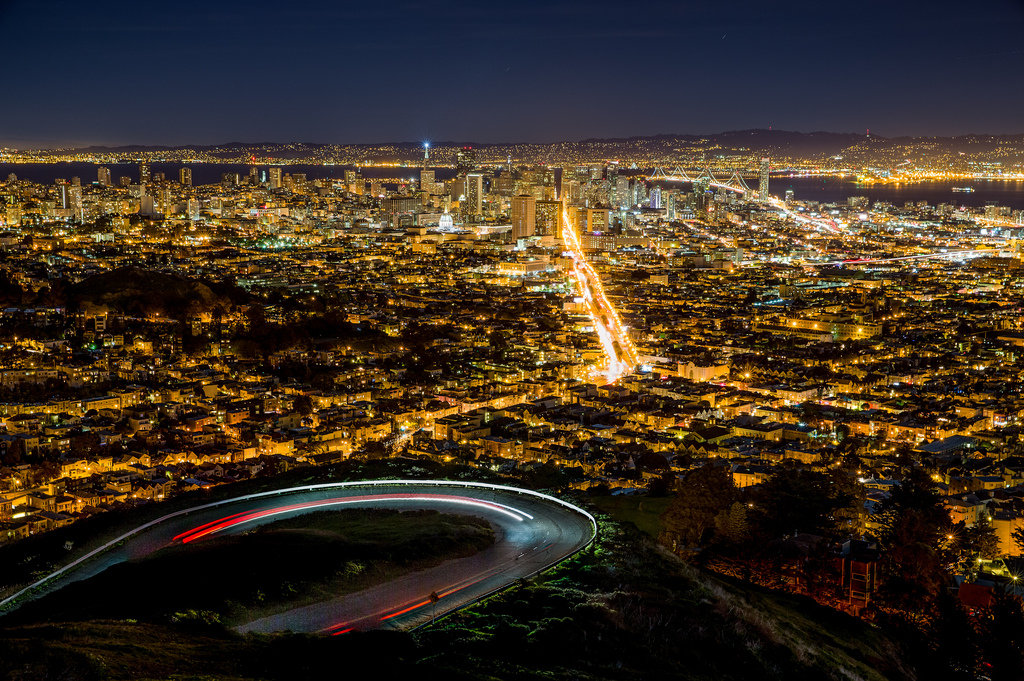 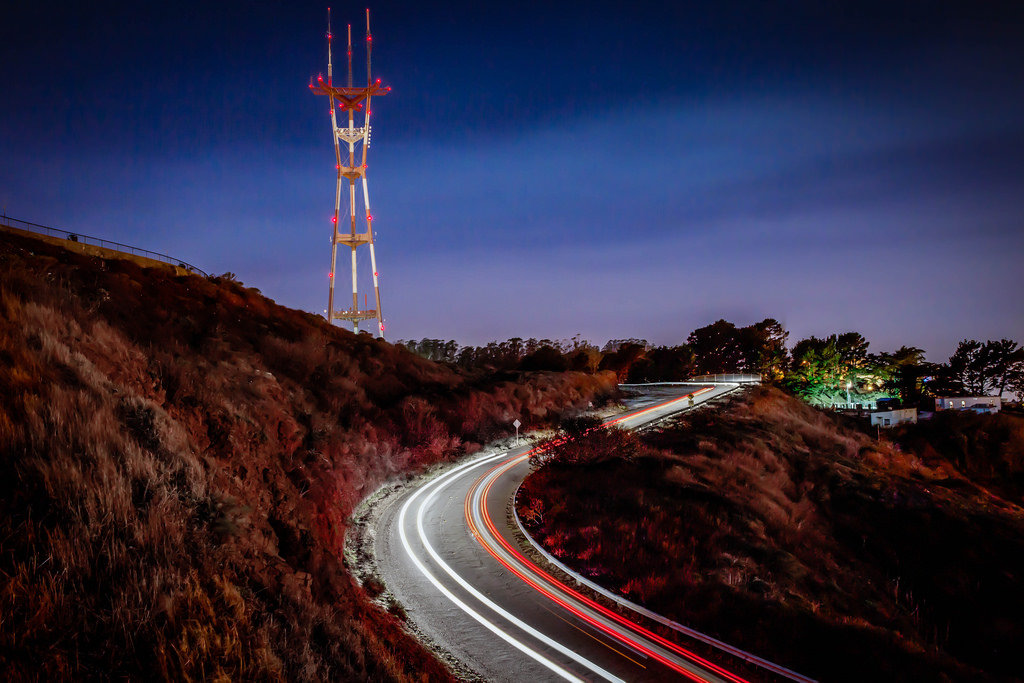 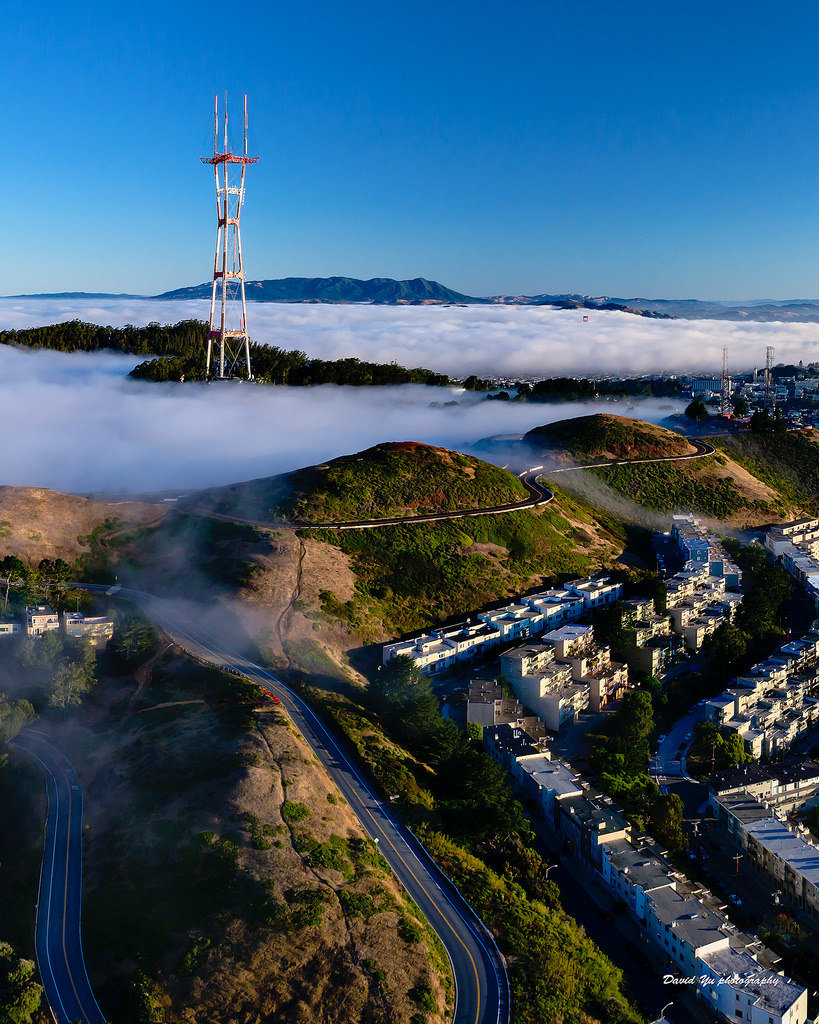 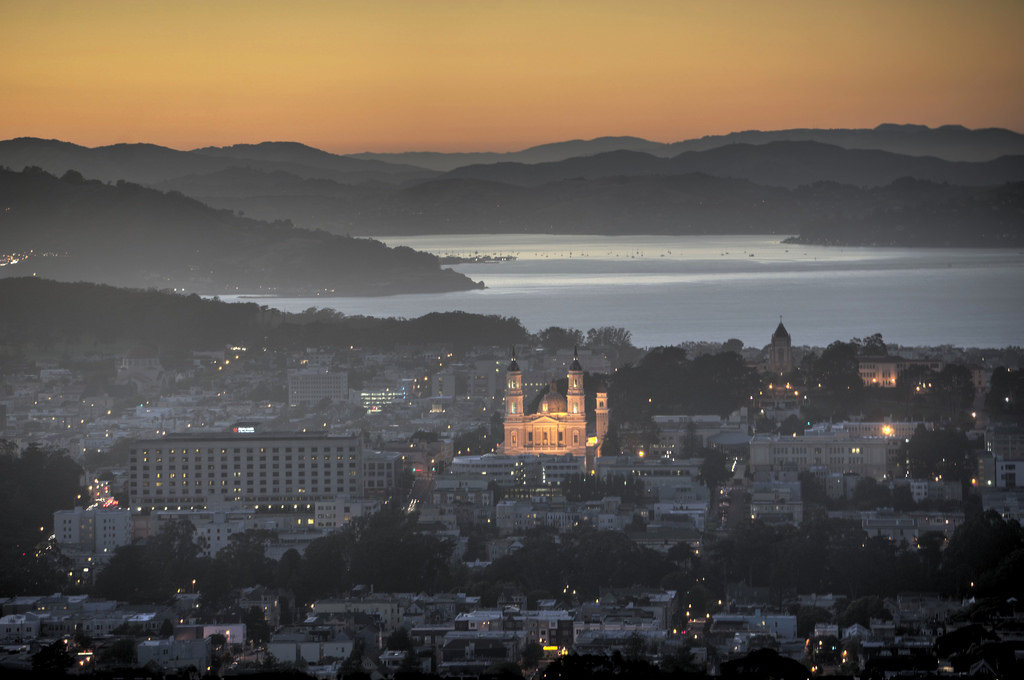 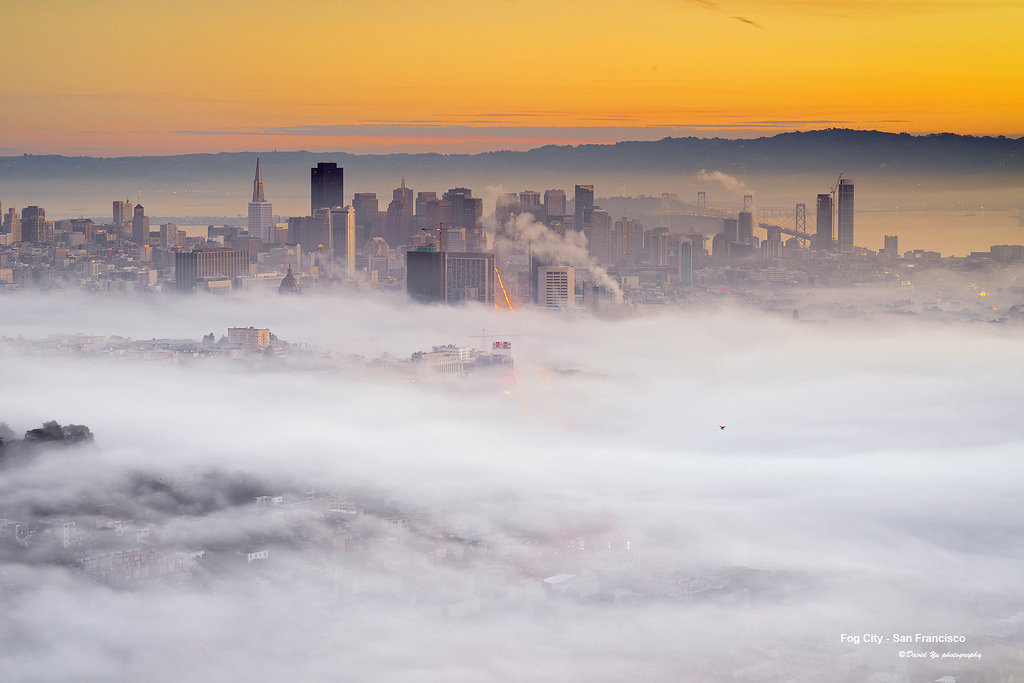 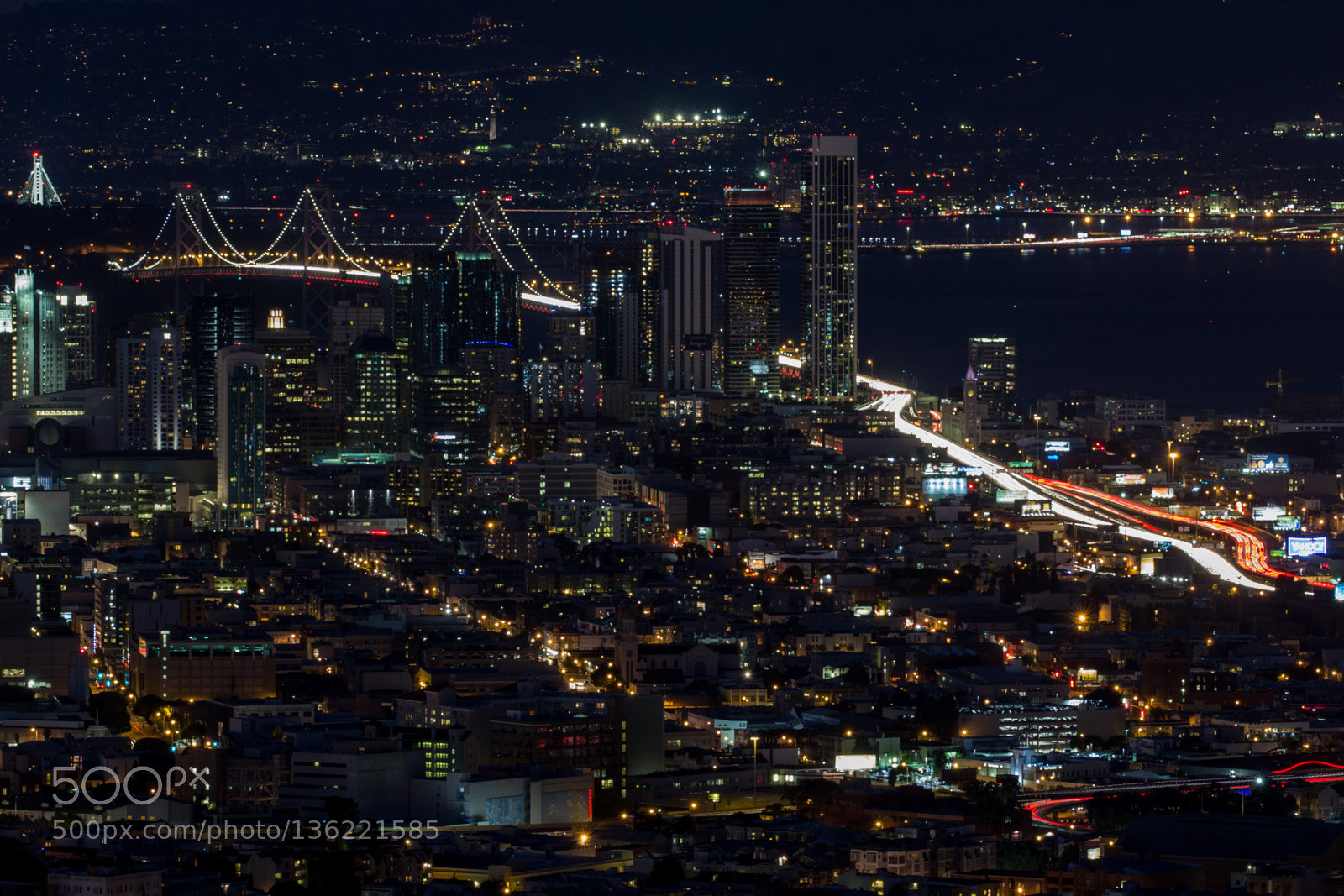 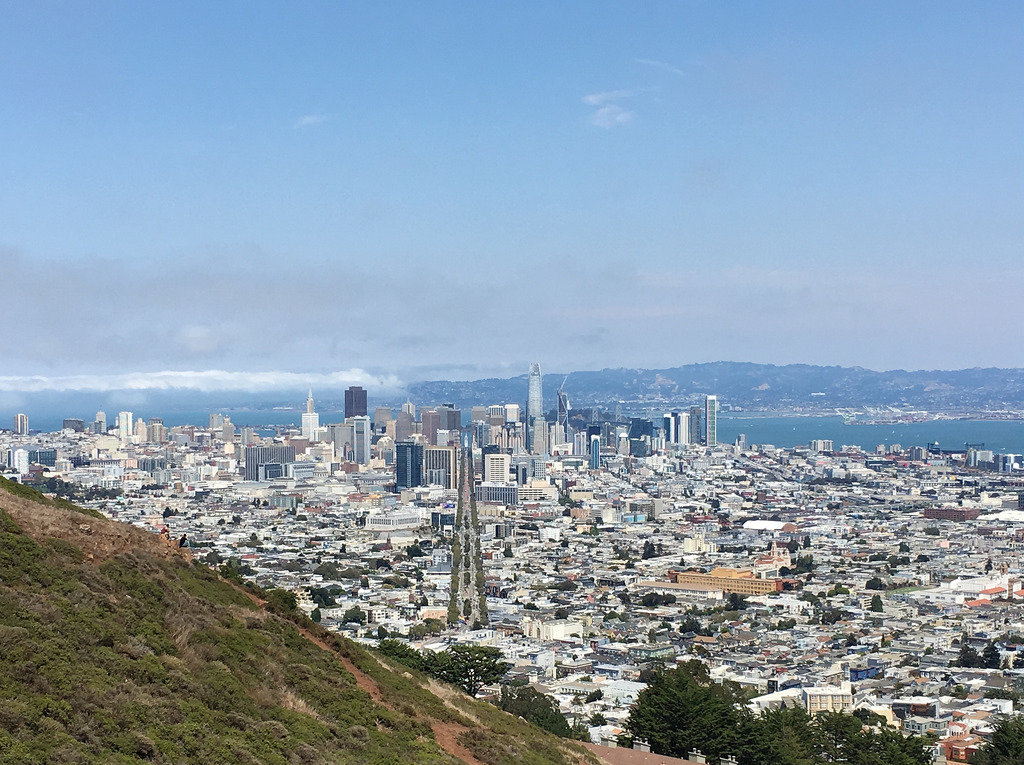 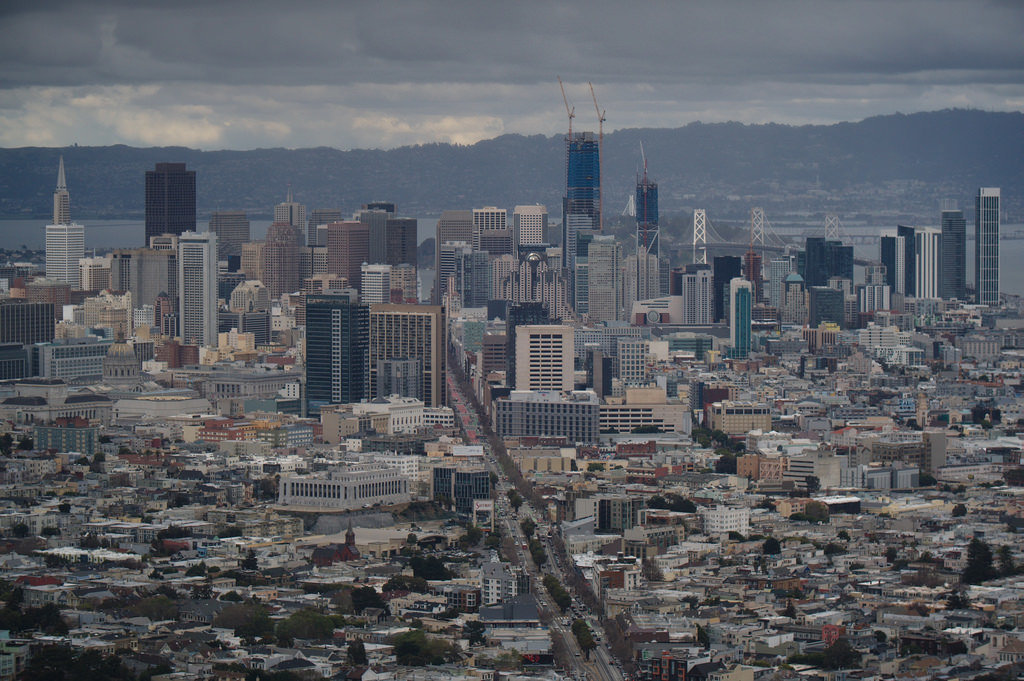 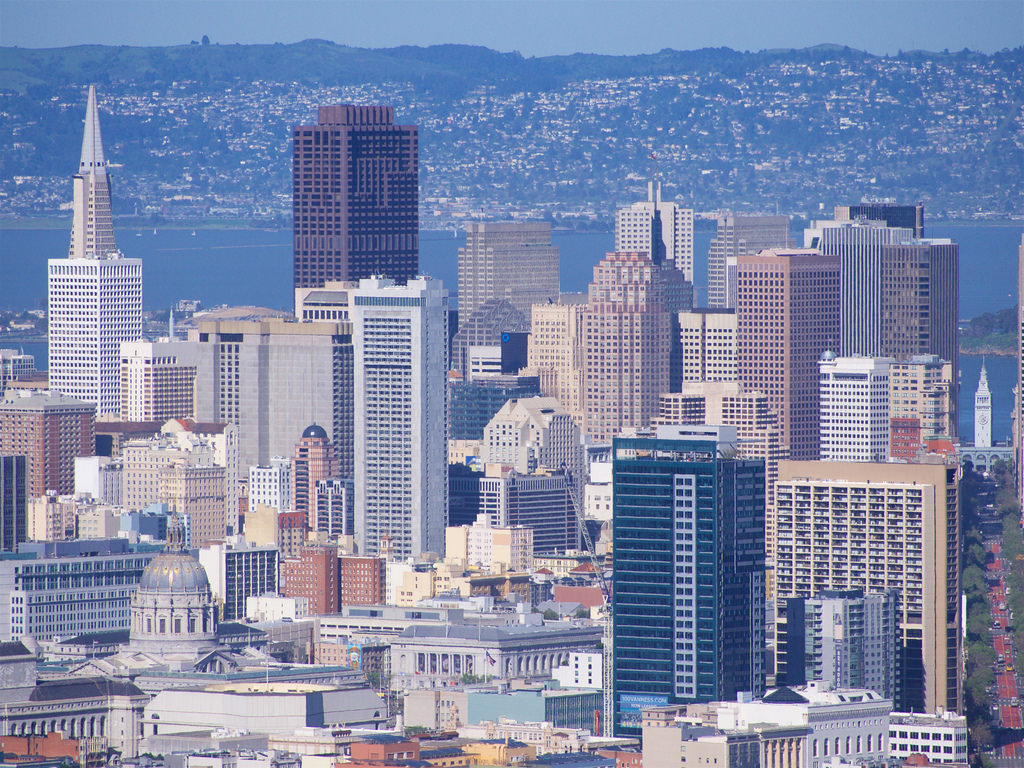 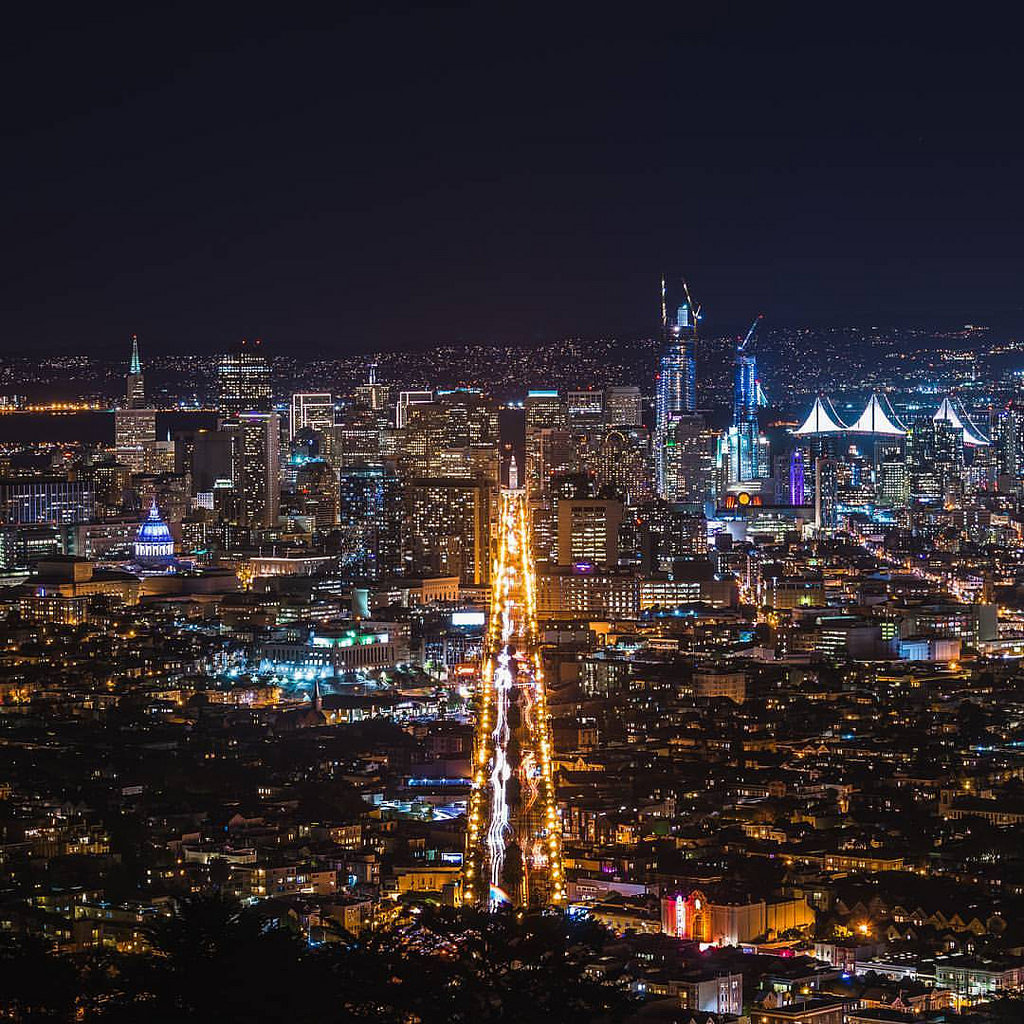 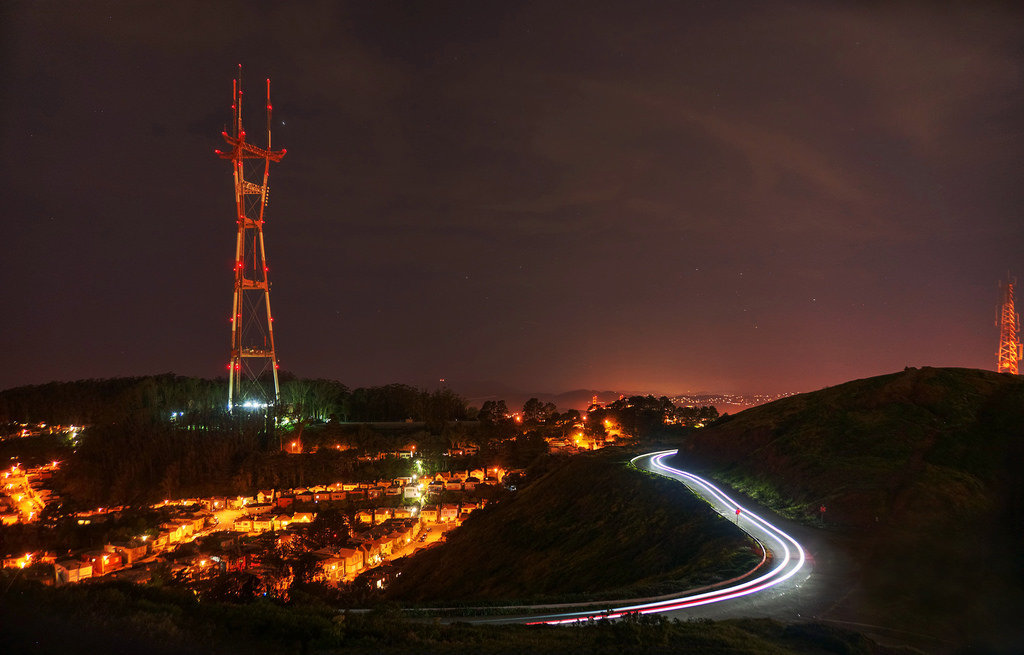