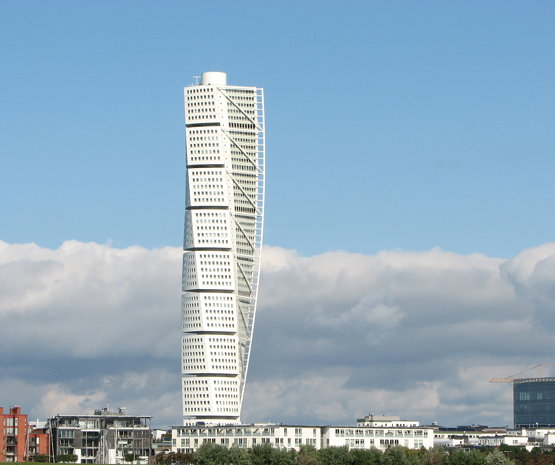 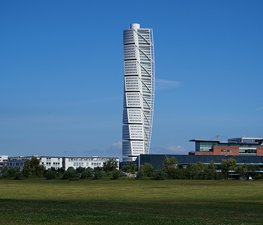 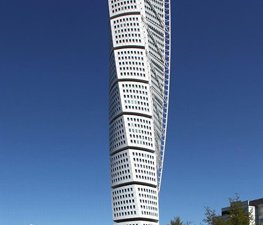 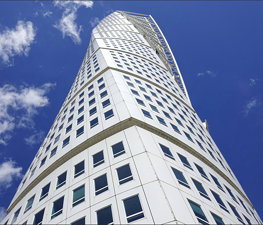 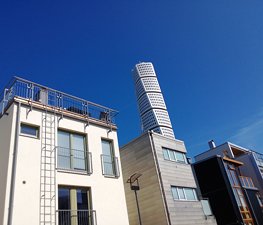 HSB Turning Torso is a deconstructivist skyscraper in Malmö, Sweden, located on the Swedish side of the Öresund strait.<ref Name=About>

HSB Turning Torso is a deconstructivist skyscraper in Malmö, Sweden, located on the Swedish side of the Öresund strait.<ref Name=About> Шаблон:Cite web</ref> It was designed by the Spanish architect Santiago Calatrava and officially opened on 27 August 2005. The tower reaches a height of 190 metres (623 feet) with 54 stories.<ref Name="OfficialSite"> Шаблон:Cite web </ref> Upon completion, it was the tallest building in Scandinavia, the tallest residential building in the EU and the second tallest residential building in Europe, after the 264-metre (866 ft)-high Triumph-Palace in Moscow. A similar, taller skyscraper featuring a 90° twist is the Infinity Tower, currently under construction in Dubai, United Arab Emirates. Prior to the construction of Turning Torso, the 86-metre (282 ft)-high Kronprinsen had been the city's tallest building.

The tower's design is based on a sculpture by Calatrava called Twisting Torso, which is a white marble piece based on the form of a twisting human being. The organizers of the European housing exhibition Bo01 to be held in Malmö in 2001 asked Calatrava to design a temporary pavilion for the exhibition. At the same time a high-rise building was proposed for the exhibition site and discussions started with Calatrava about the design of that.

Construction started in the summer of 2001. One reason for the building of Turning Torso was to re-establish a recognizable skyline for Malmö since the removal of the Kockums Crane in 2002, which was located less than a kilometre from Turning Torso. The local politicians deemed it important for the inhabitants to have a symbol for Malmö — Kockumskranen, which was a large crane that had been used for shipbuilding and somewhat symbolised the city's blue collar roots.[]

The building is constructed in nine segments of five-story pentagons that twist as it rises; the topmost segment is twisted ninety degrees clockwise with respect to the ground floor. Each floor consists of an irregular pentagonal shape rotating around the vertical core, which is supported by an exterior steel framework. The two bottom segments are intended as office space. Segments three to nine house 147 luxury apartments. As Turning Torso is a private residential building there is no access for the public.

The construction of part of this building was featured on Discovery channel's 'Extreme Engineering' TV programme which showed how a floor of the building was constructed.

On 18 August 2006, Austrian skydiver Felix Baumgartner parachuted onto the Turning Torso, and then jumped off it.<ref>[1] youtube.com</ref>

Grazyna O
The building has become a landmark and a part of the Malmö skyline. Architecture by Santiago Calatrava. Residential building initially intended to be several floors higher.

Media Evolution
Our one and only skyscraper. It's designed by Santiago Calatrava and actually pretty awesome

Kalle R
Beautiful skyscraper, worth taking a small walk to. The surrounding area has lots of construction going on and interesting looking (smaller) new buildings.

johnlemon
Interesting design, the surrounding while walking from the main station was hideous, basically a construction site.

One Beacon Court (also called the Bloomberg Tower), is a skyscraper on 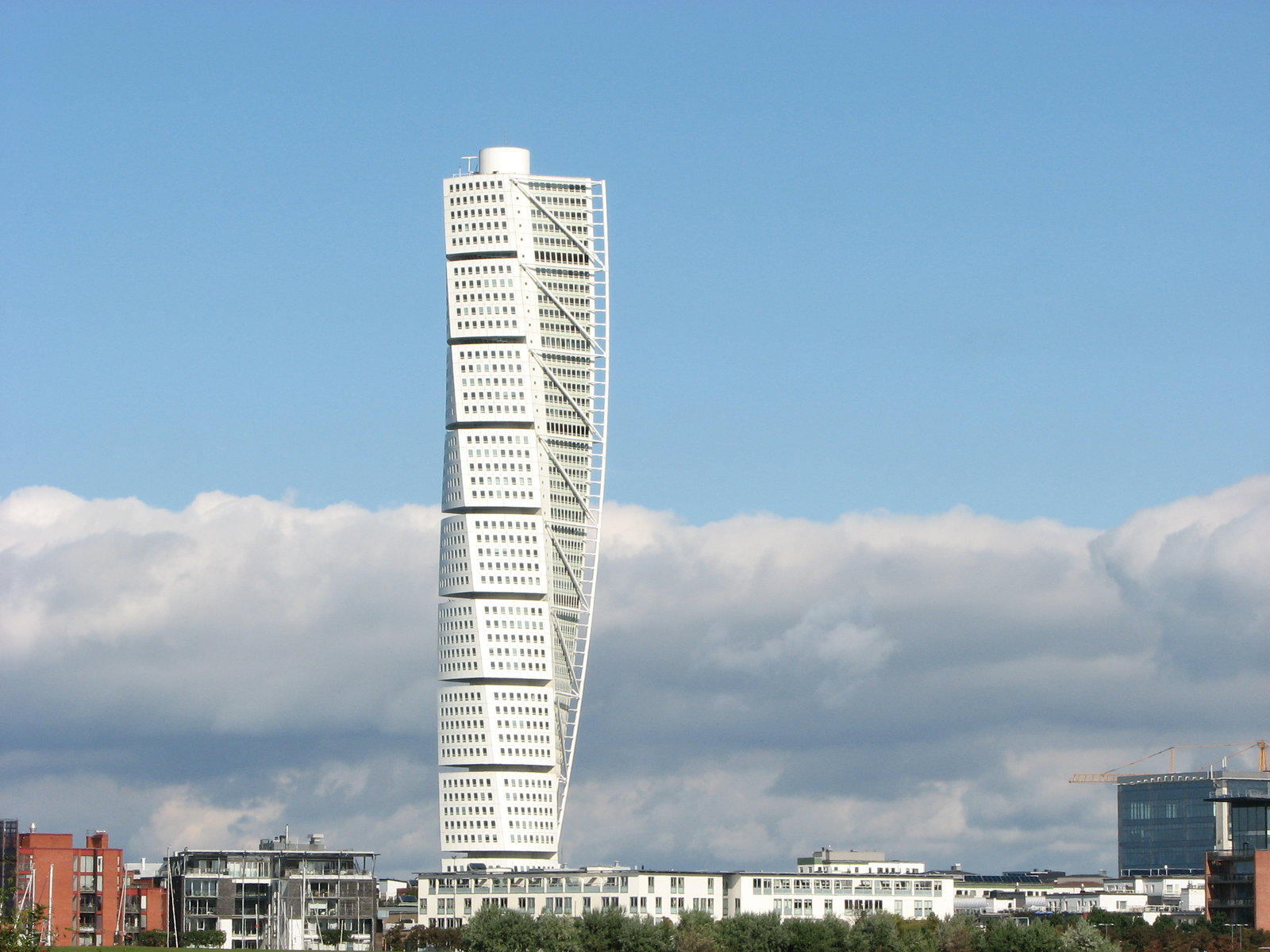 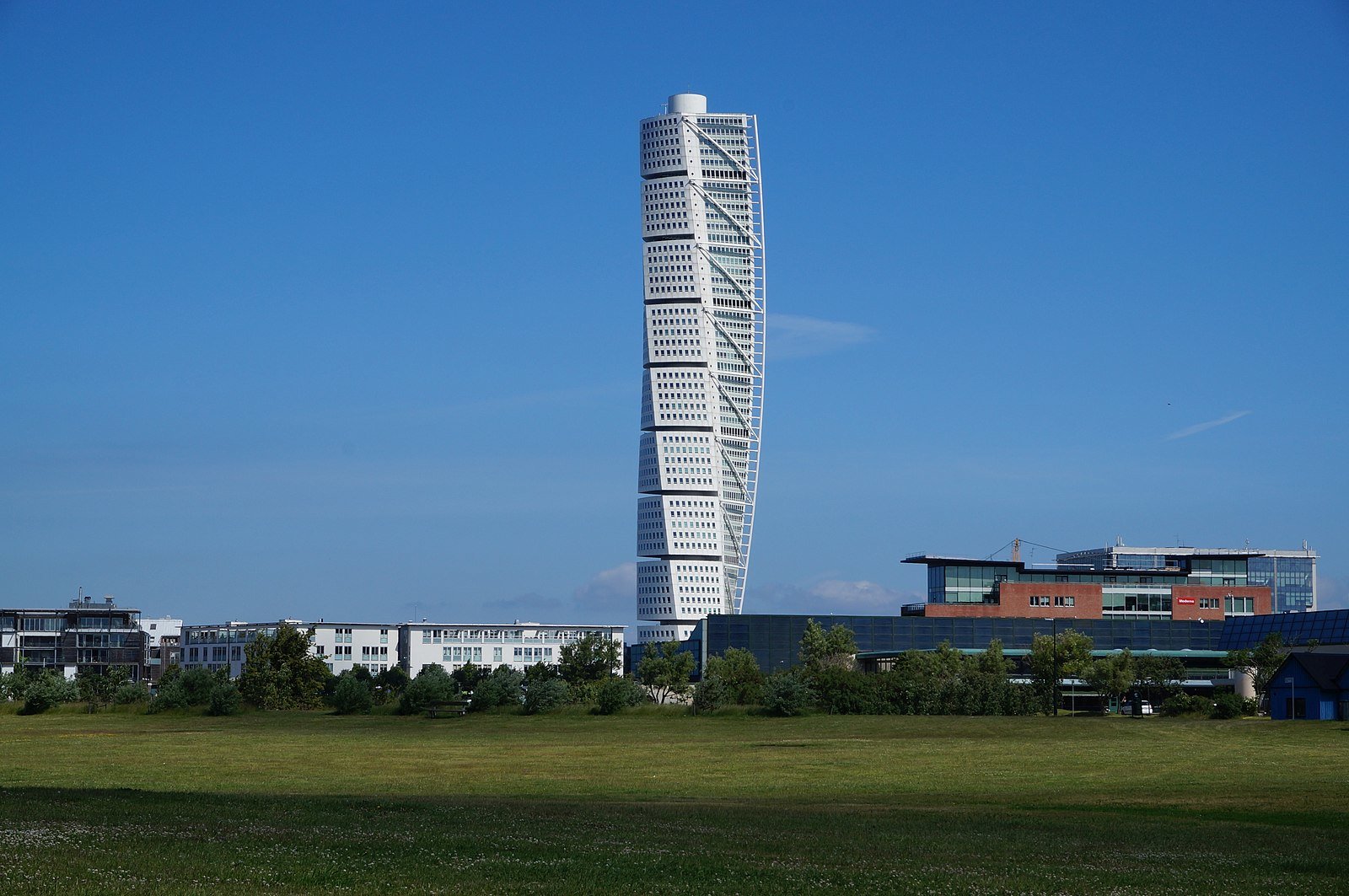 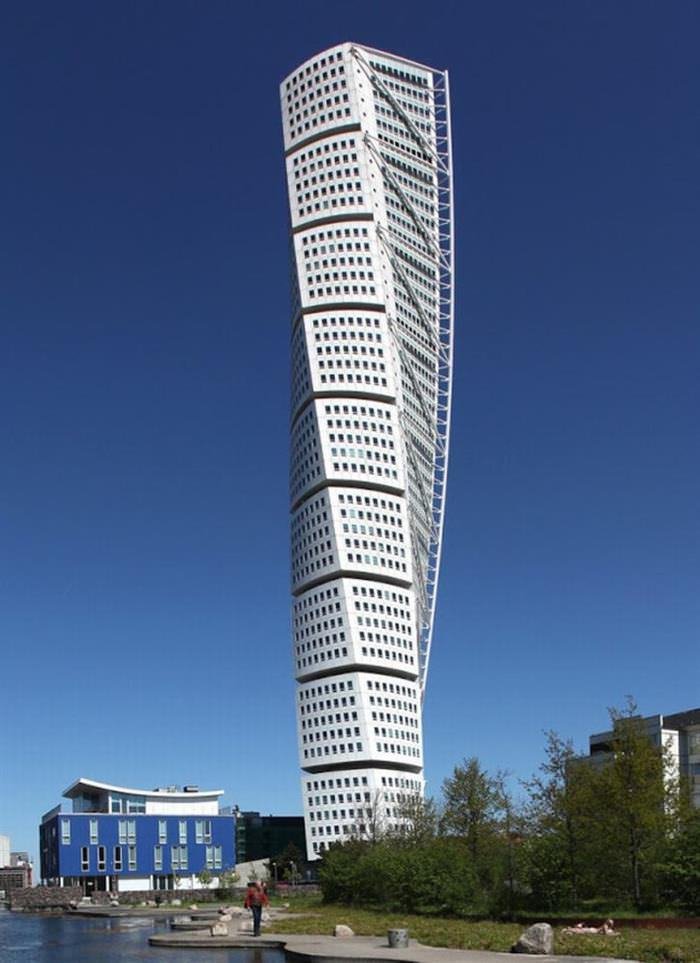 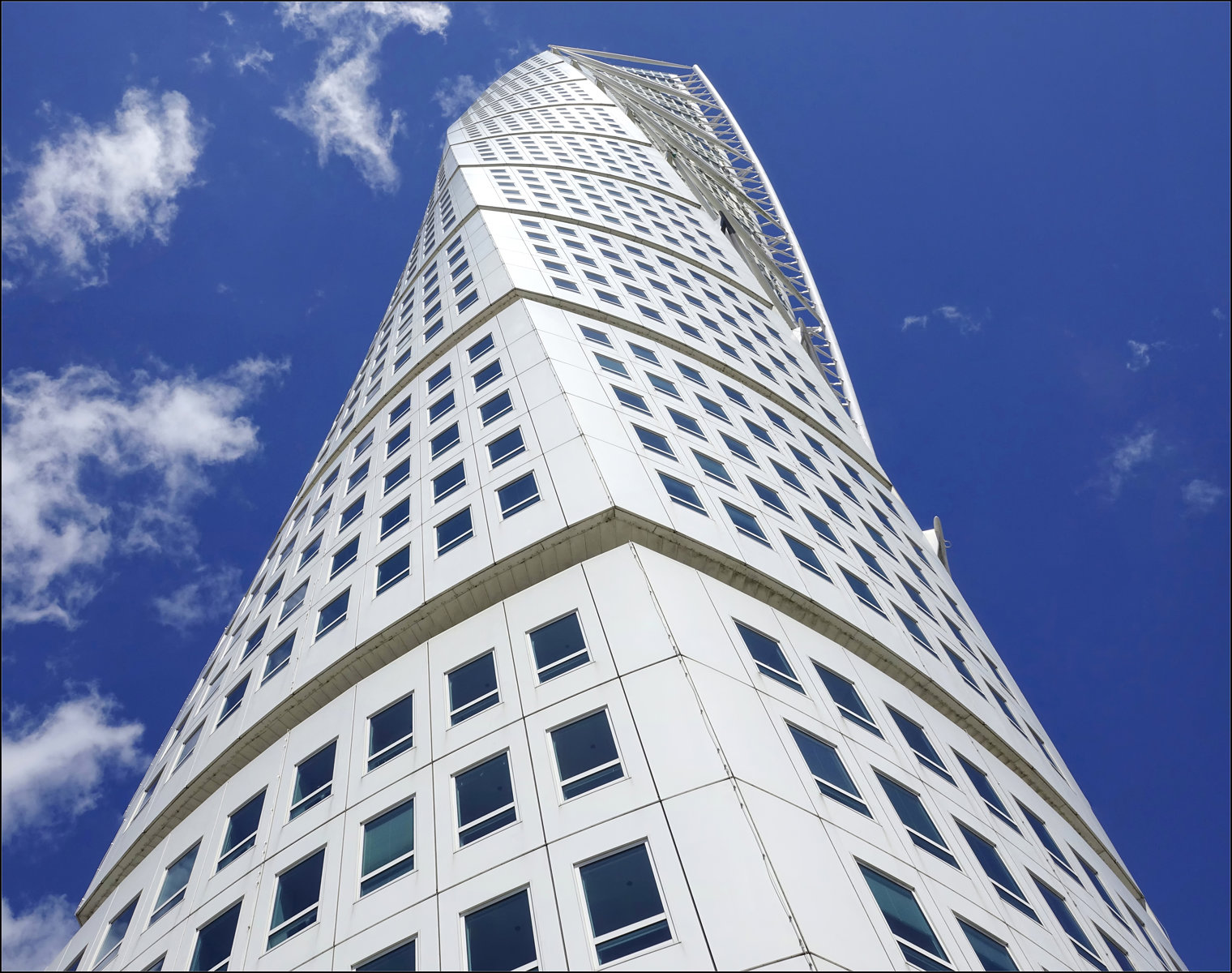 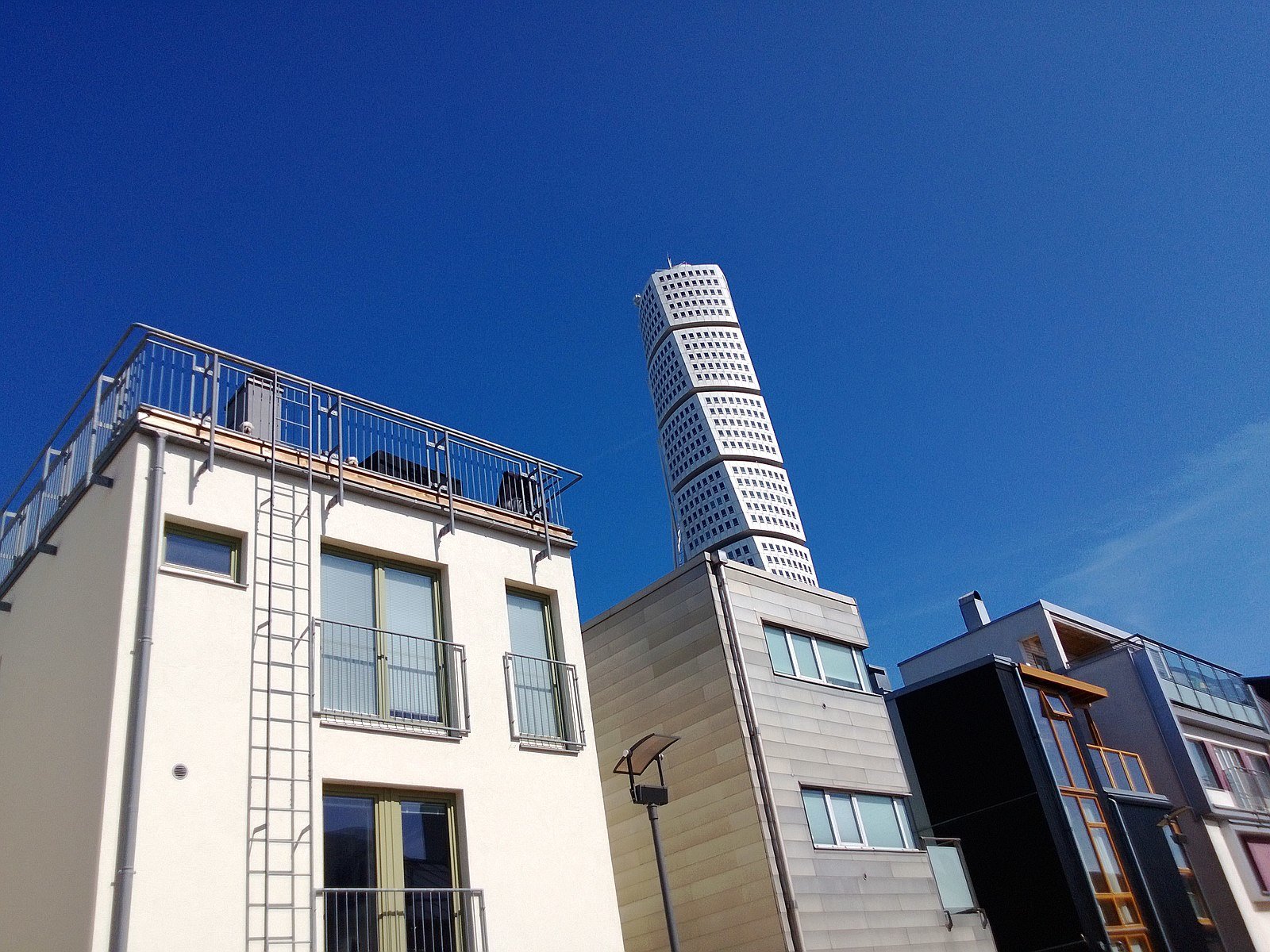 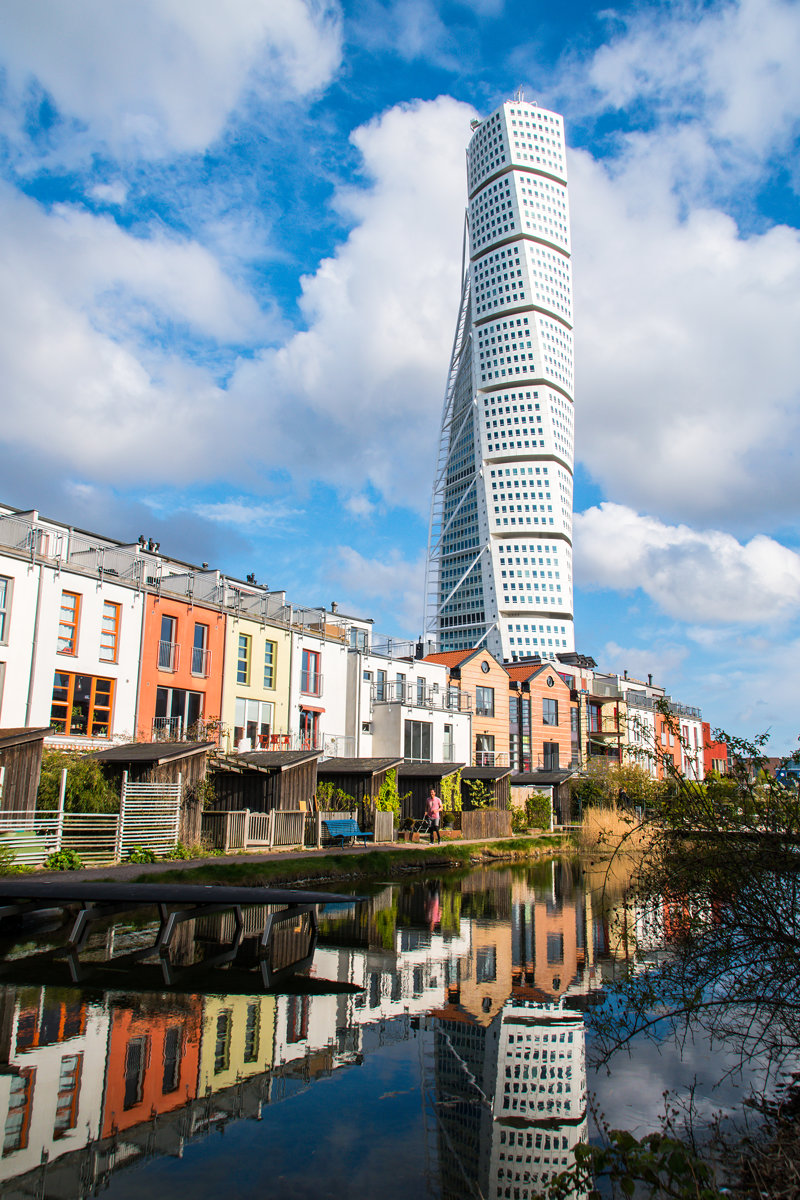 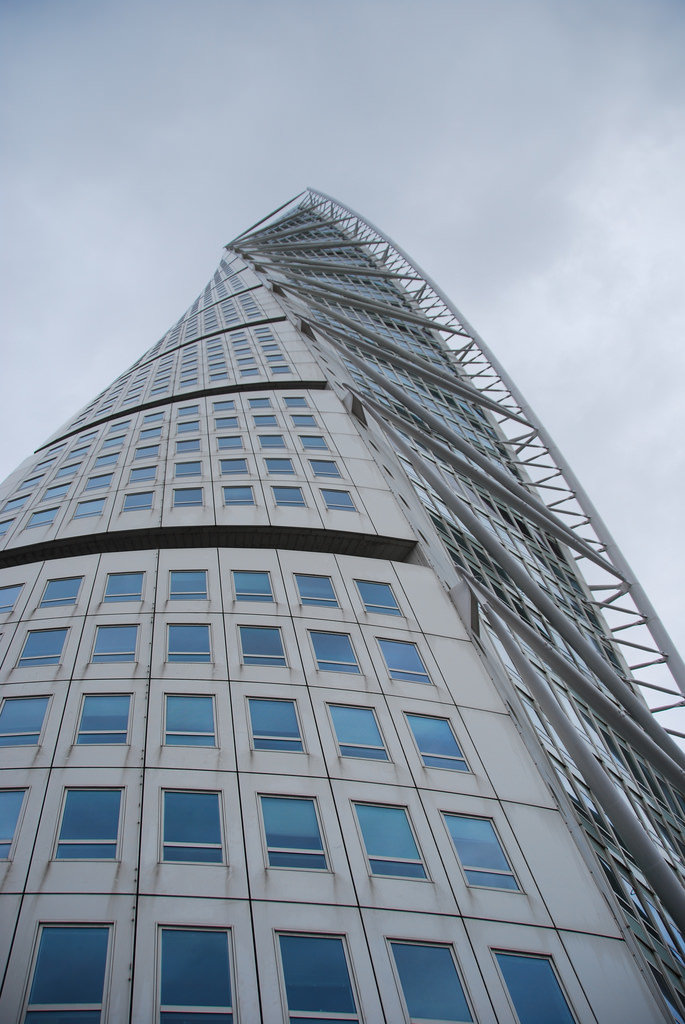 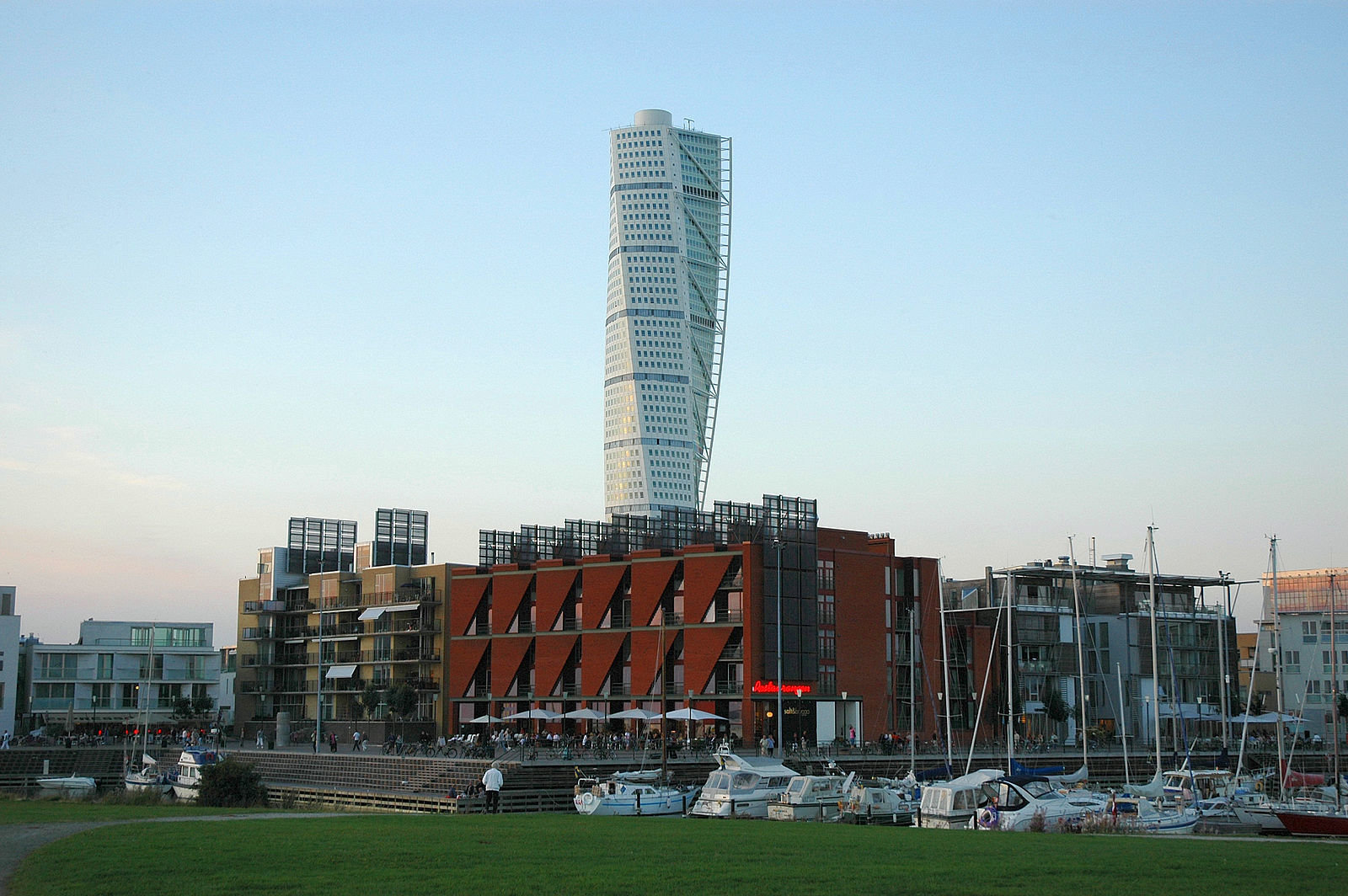 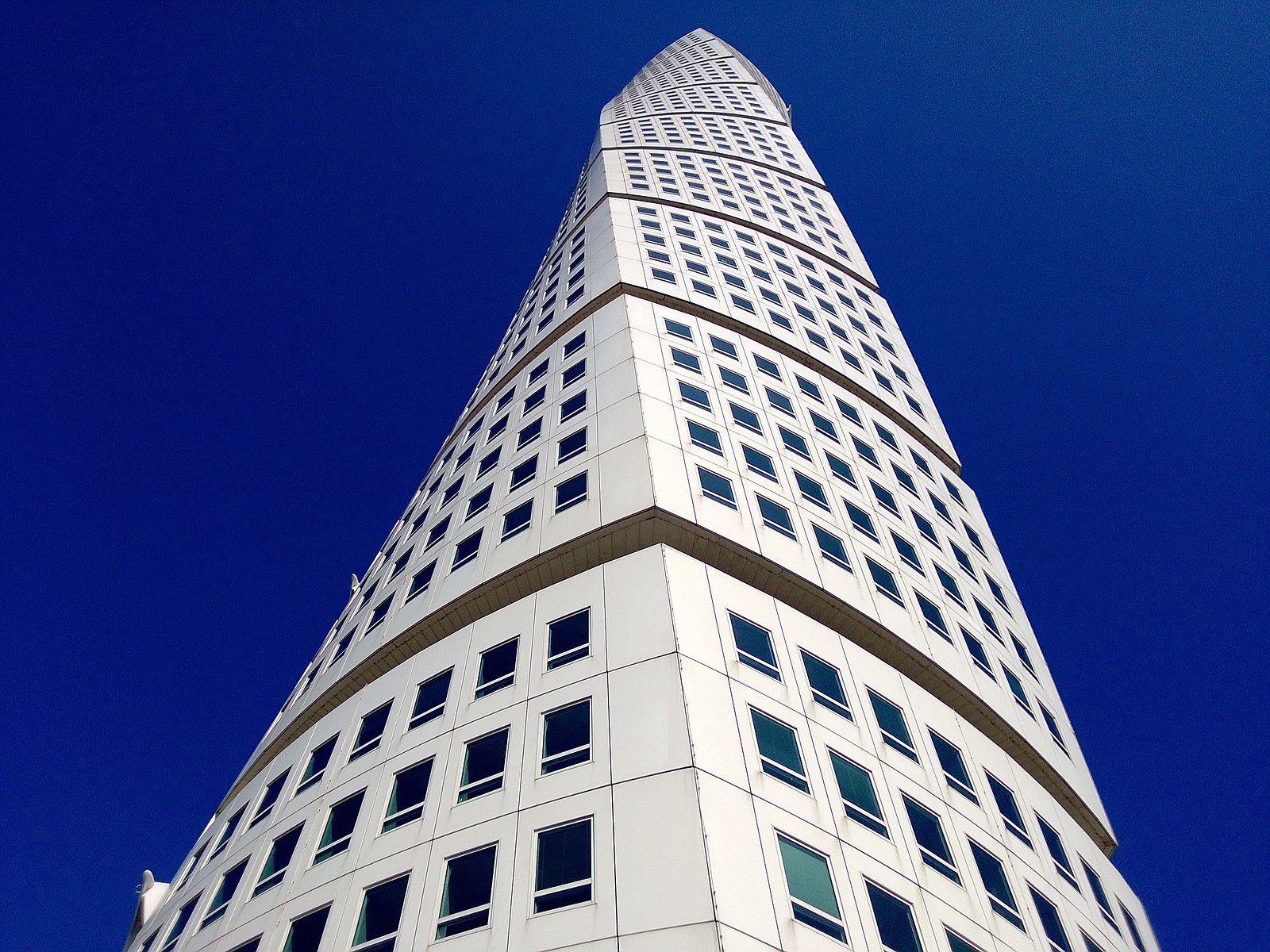 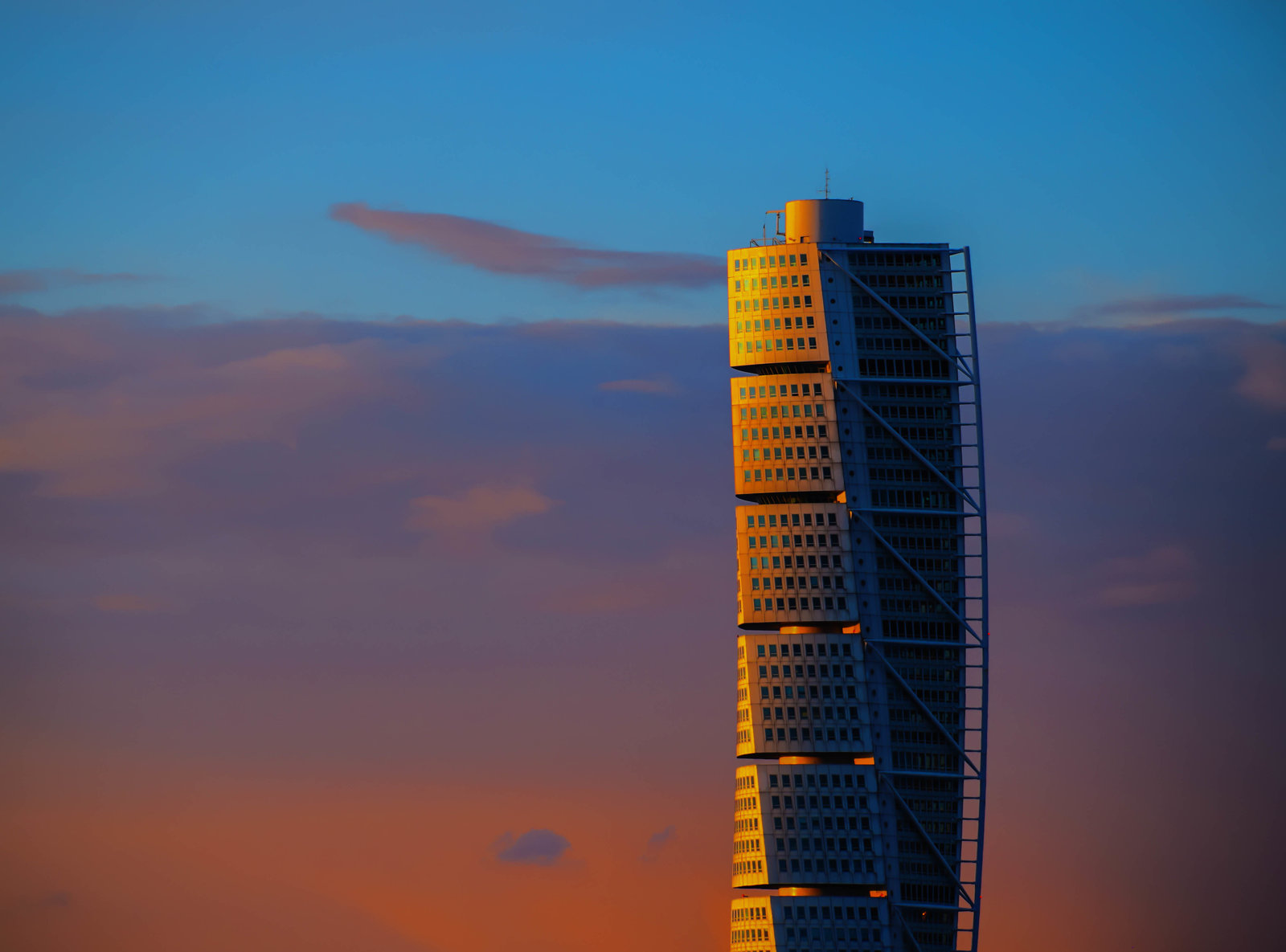 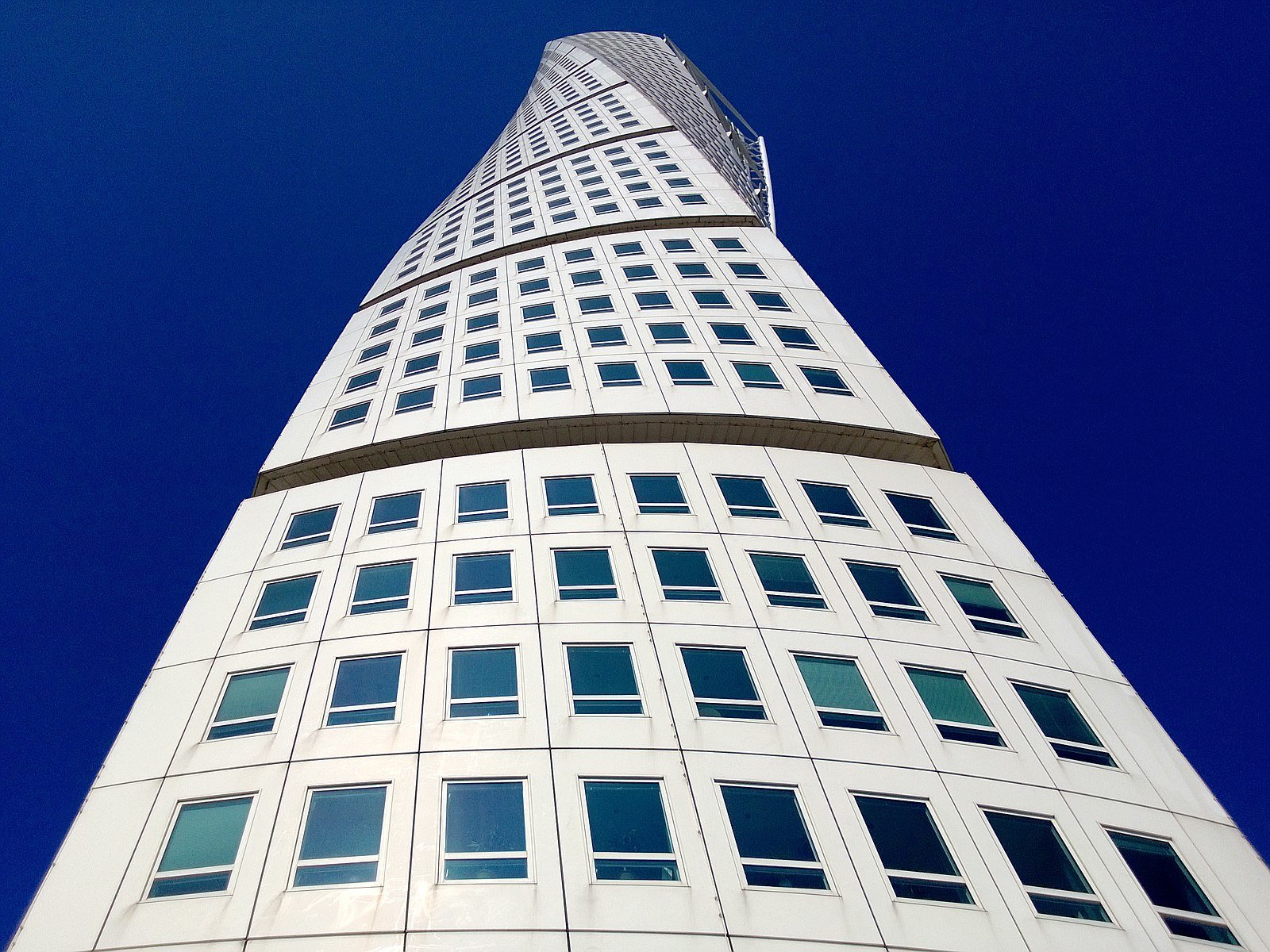 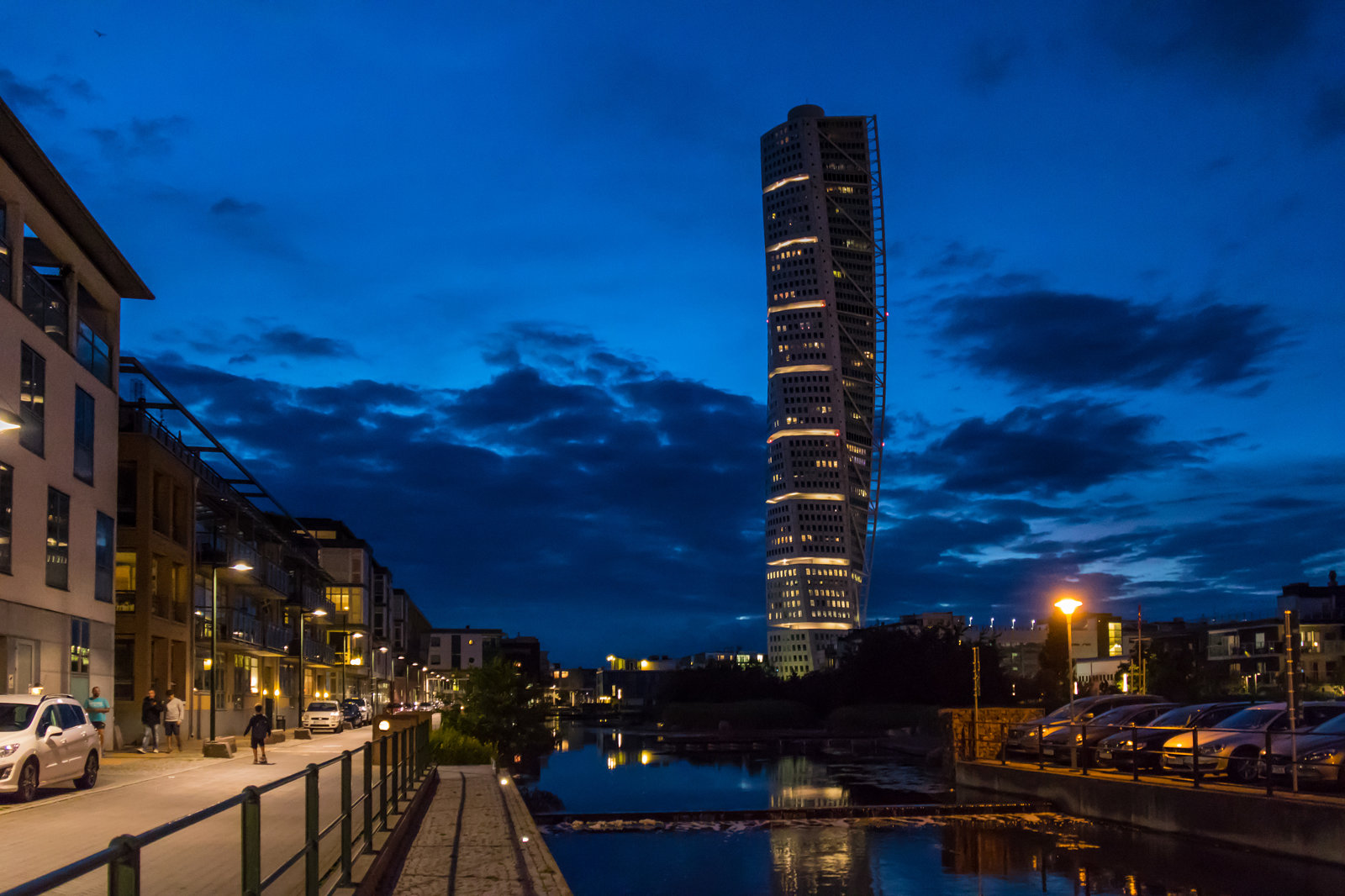 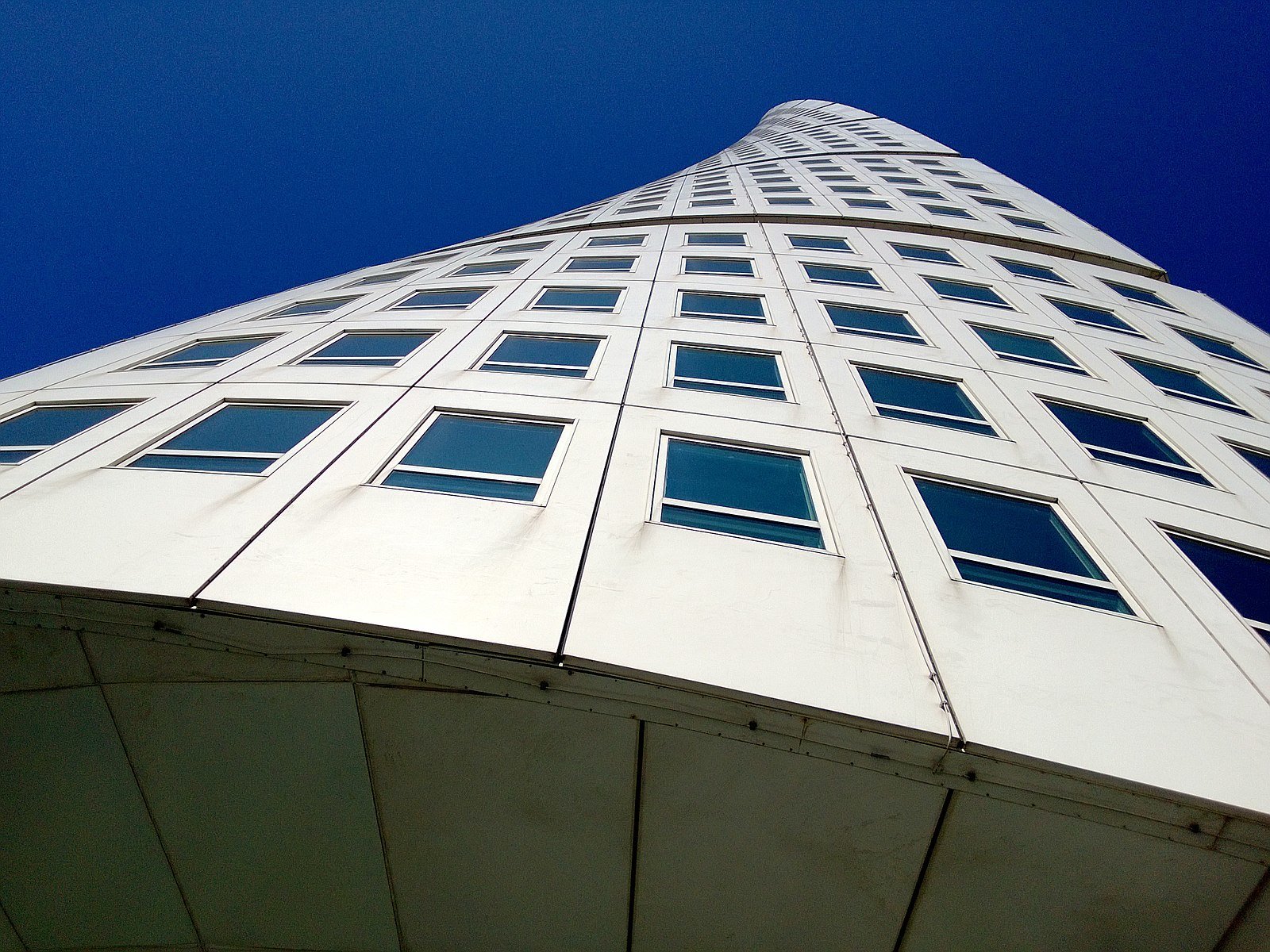 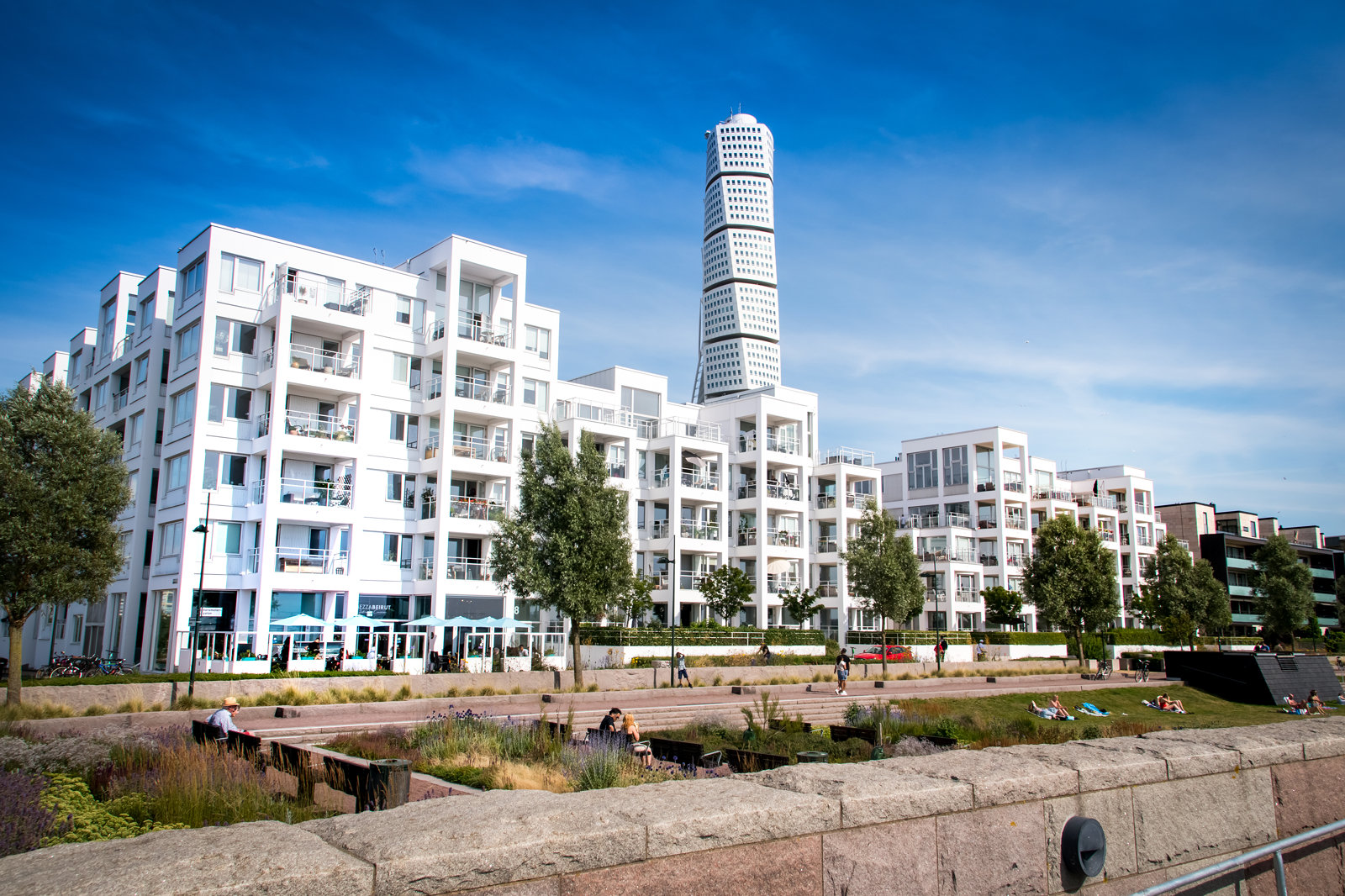 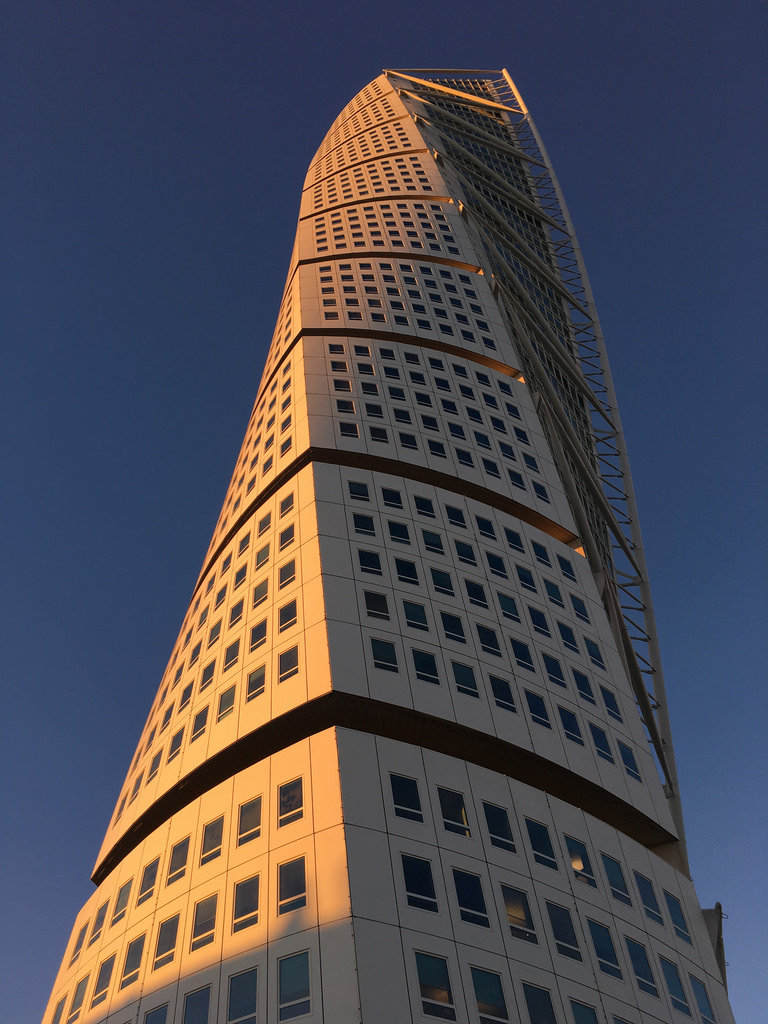 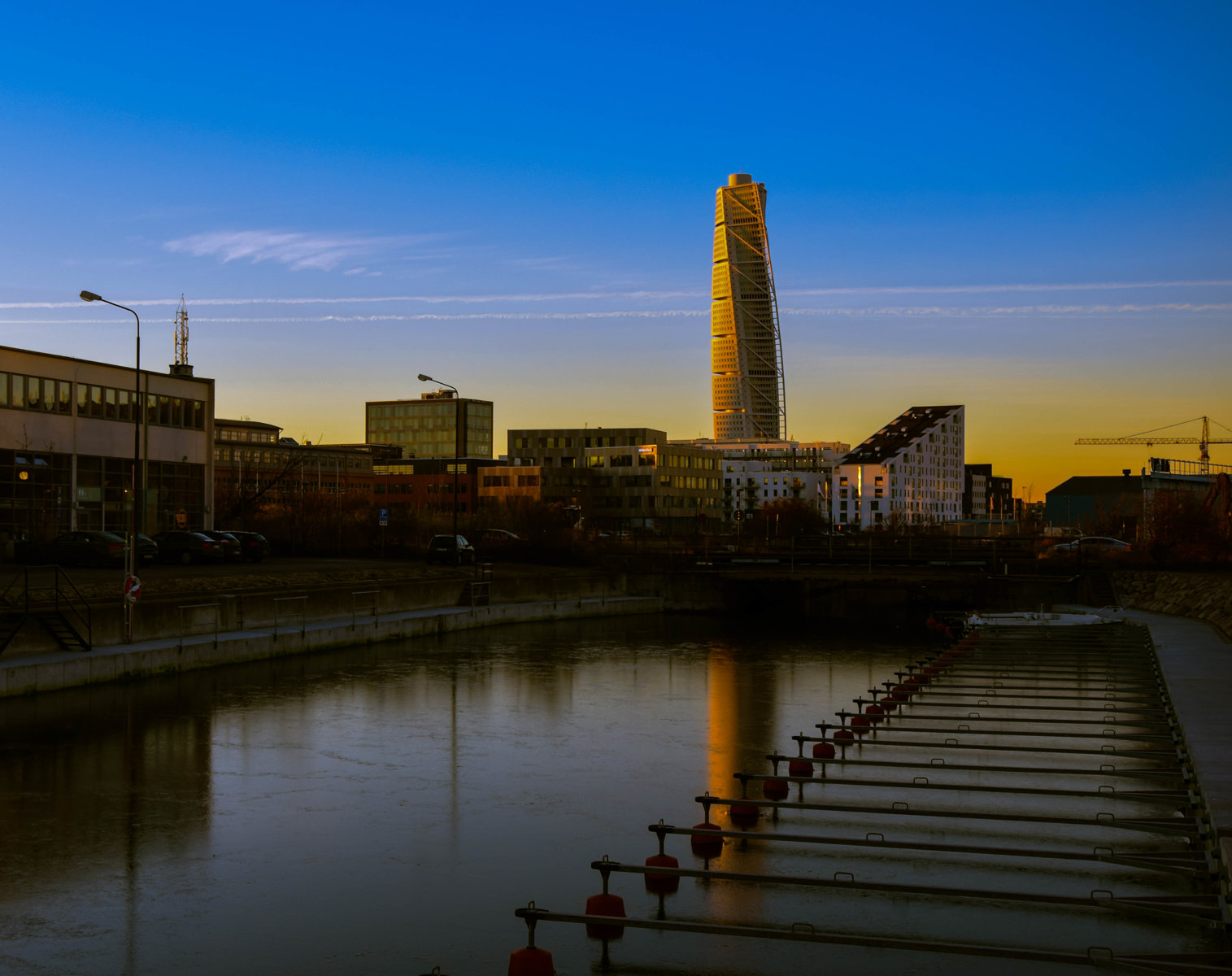 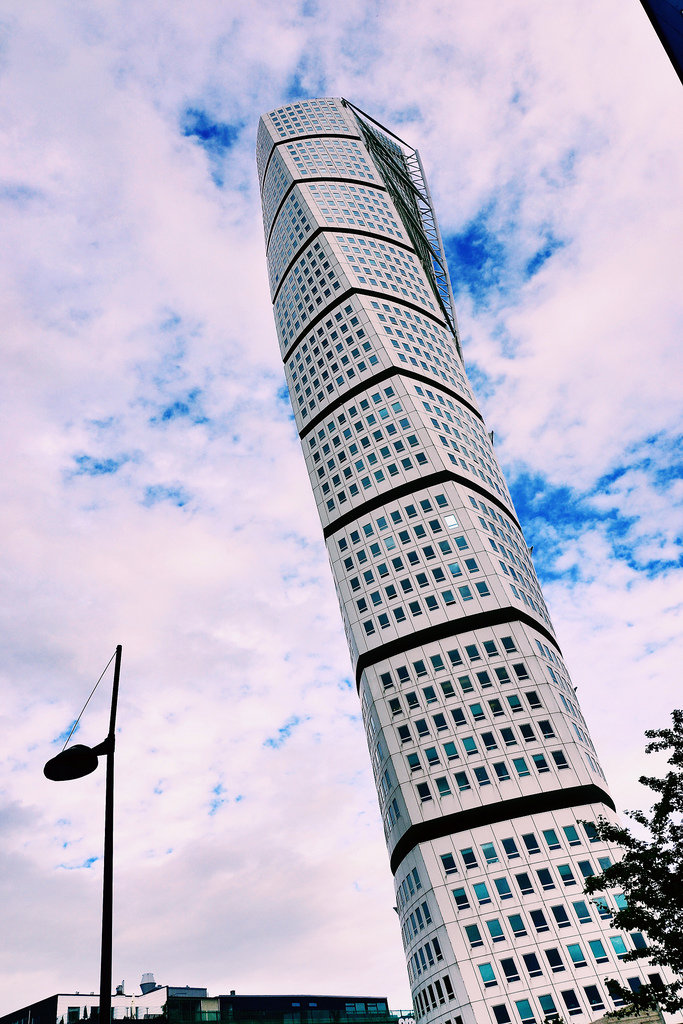 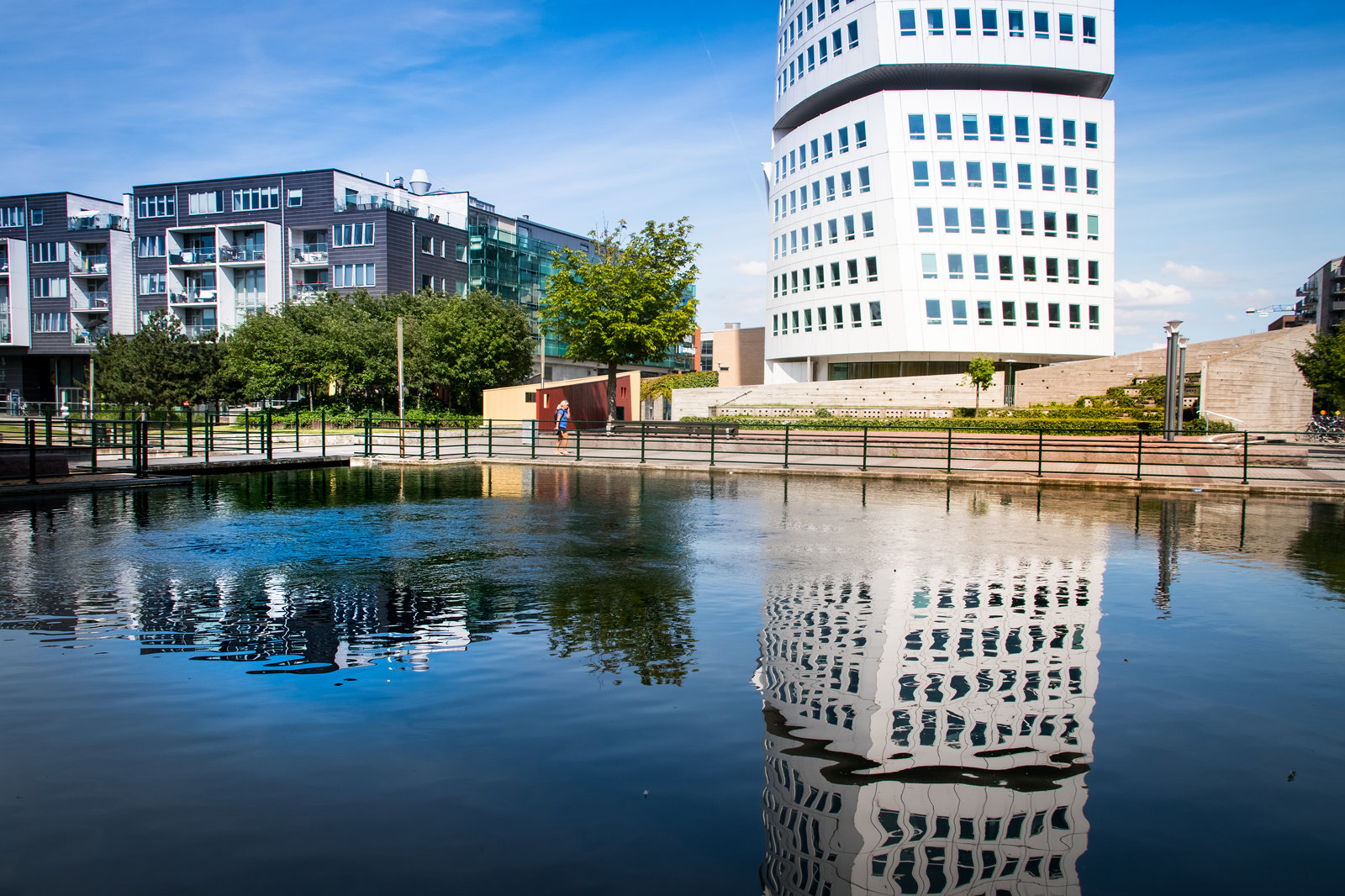 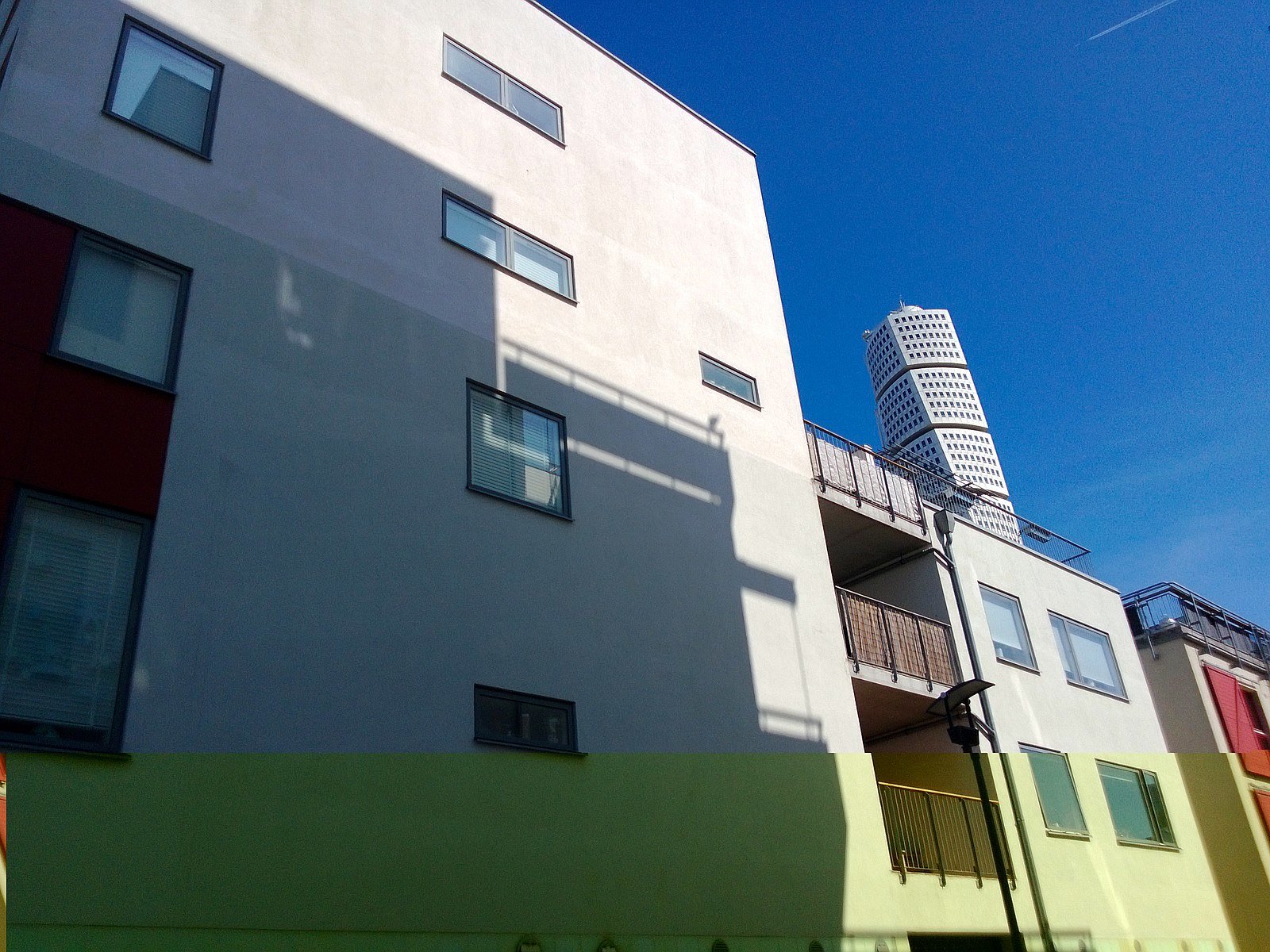 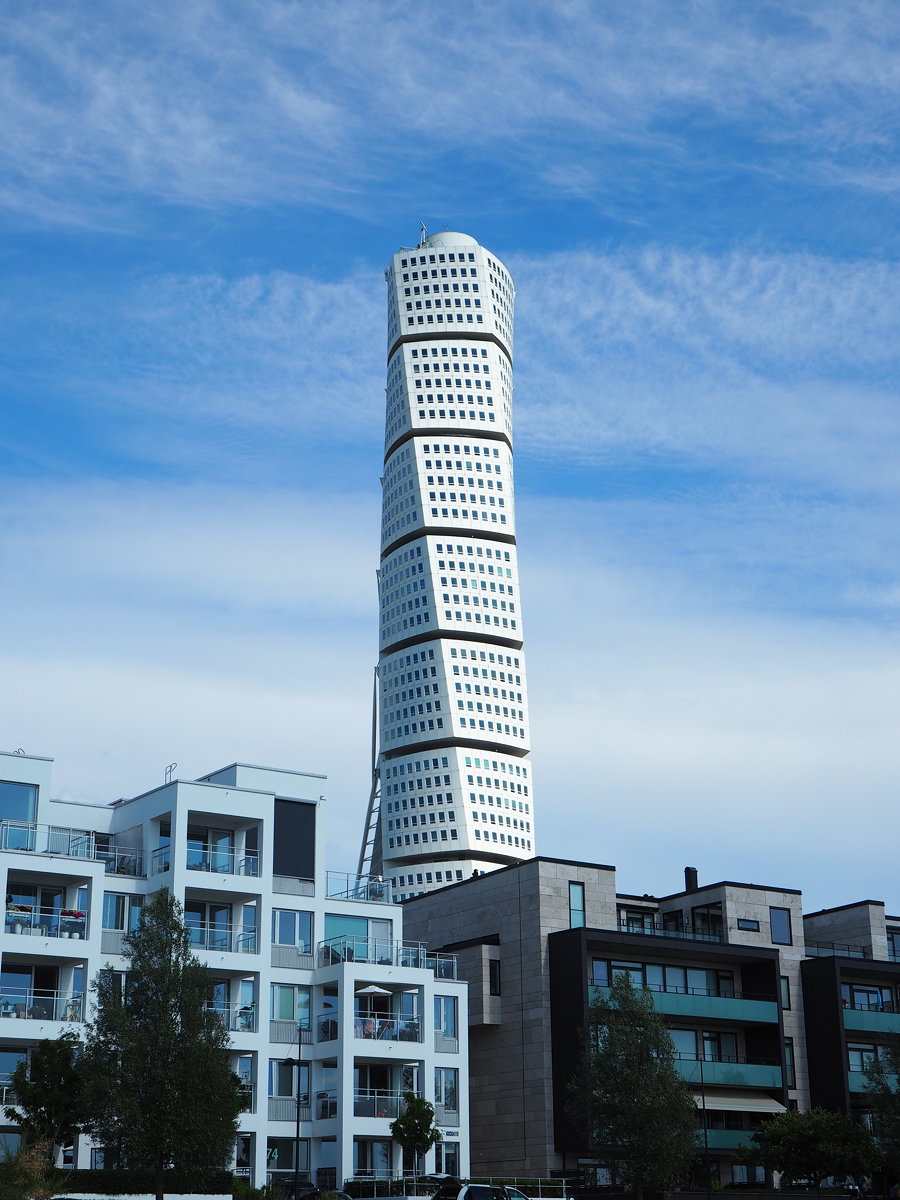 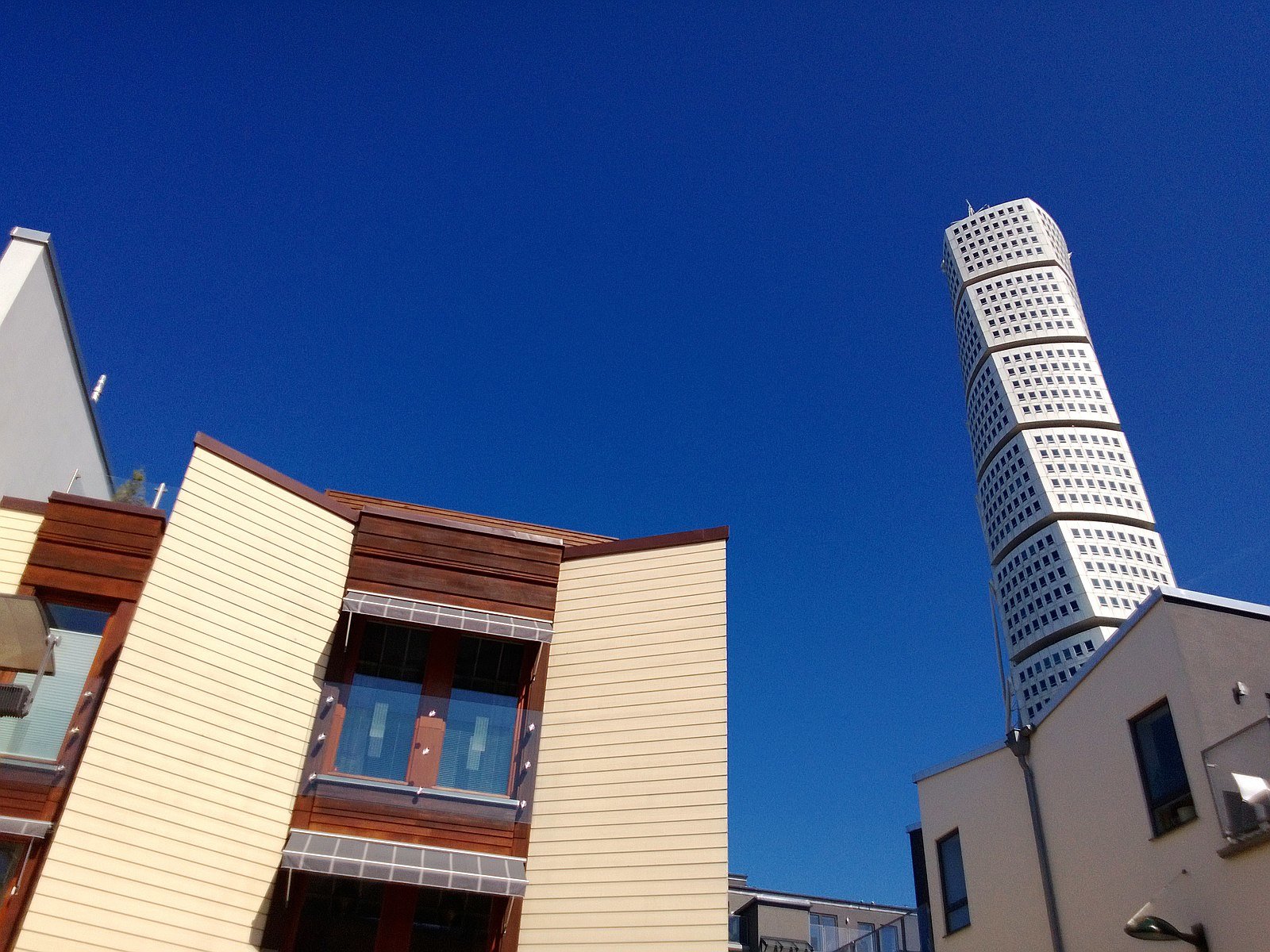