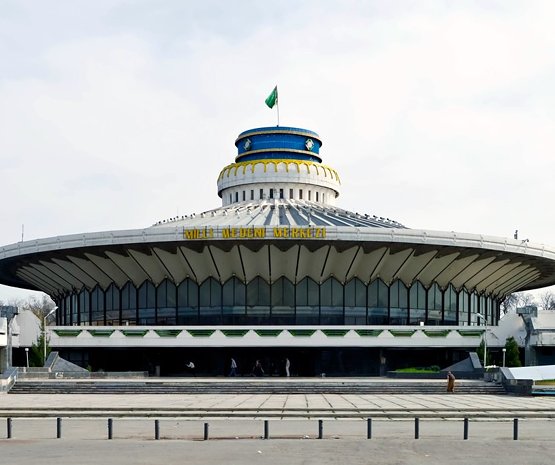 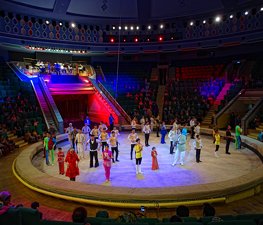 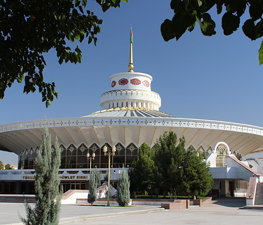 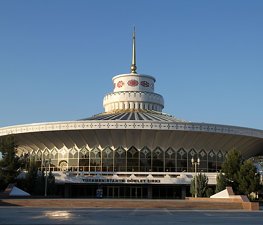 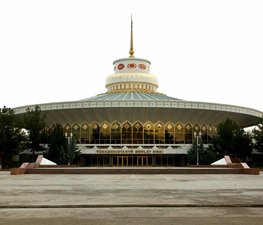 Turkmen State Circus (Turkmen: Türkmenistanyň Döwlet Sirki, Түркменистаның Дөвлет Сирки) - is the main arena circus of Ashgabat, capital of Turkmenistan. Seating capacity of the circus - 1,700 seats. Is administered by the Ministry of Culture and Broadcasting of Turkmenistan.

Building project and calculate its resistance to seismic tremors up to 9 on the Richter scale was developed in the thesis of a young Turkmen scientist Bazarov Annageldy in 1975. Supervisor - prof. Boris Vasilkov (Moscow). The circus was built in 1979–1984 years.

The uniqueness of this construction lies in the fact that the building is unsupported and has a scaly coating. On the same project built a circus in Bishkek (formerly Frunze), Kyrgyzstan and Dushanbe (Tajikistan).

In 2008, the new President of Turkmenistan Gurbanguly Berdimuhamedov lifted a ban on circus. Presidential decree established the State Circus of Turkmenistan, which was transferred to the old circus building, constructed in the USSR.

Reconstruction of an old two-storey building of the Turkmen State Circus was started in June 2008 by the Turkish company «EFOR». The cost of reconstruction was $17.9 million. In October 2009, the Turkmen State Circus was opened with the first presentation. The building has retained its unique architectural appearance and highly mosaic panels, but was faced with white marble and granite. Foyer, arena, spectator seats, circus equipment, cages for animals and other objects also fully updated. On the dome of the circus was set 16 meter flagpole with the flag of Turkmenistan.

In 2010 the school for training circus arts was opened.

In 2012 the first foreign tour of the State Circus of Turkmenistan traveled to Minsk. In 2013, Turkmen circus won first place in Circus Festival Idol in Moscow.

The Ashgabat Fountain in Ashgabat, Turkmenistan contains the world's

Moscow Circus on Tsvetnoi Boulevard was the only circus in Moscow

Circus Krone, based in Munich, is the largest circus in Europe and the

Yekaterinburg Circus is a circus building for 2600 spectators in 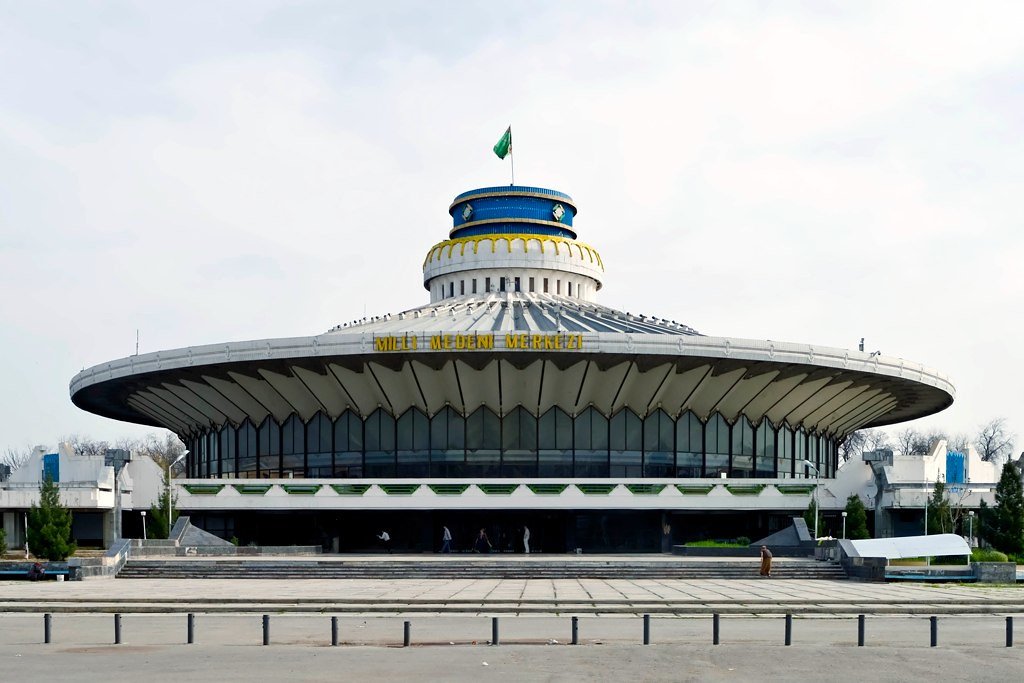 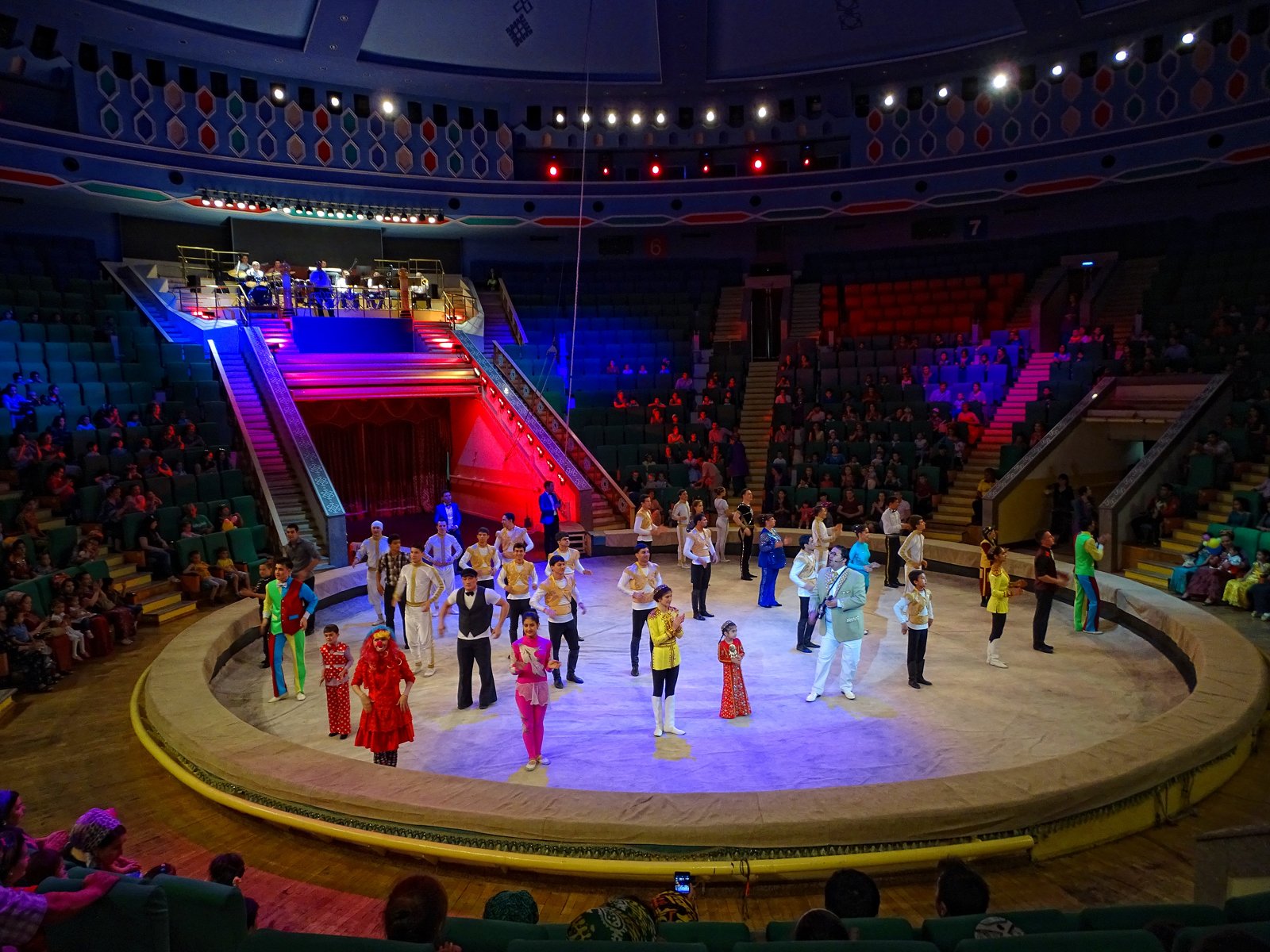 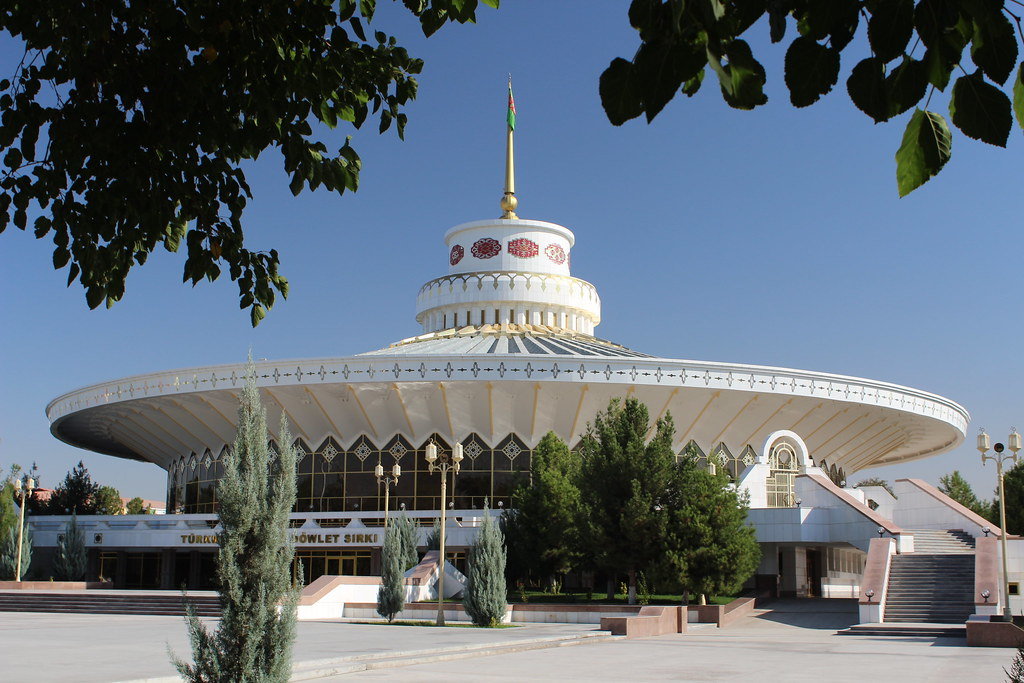 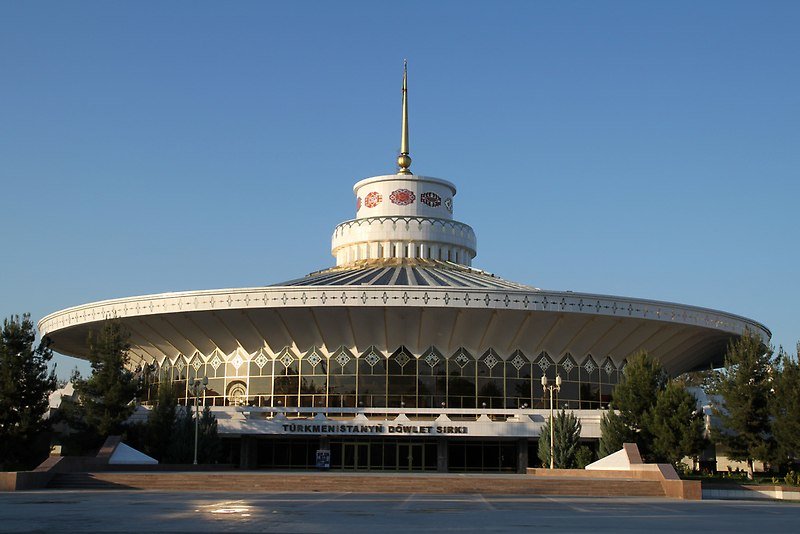 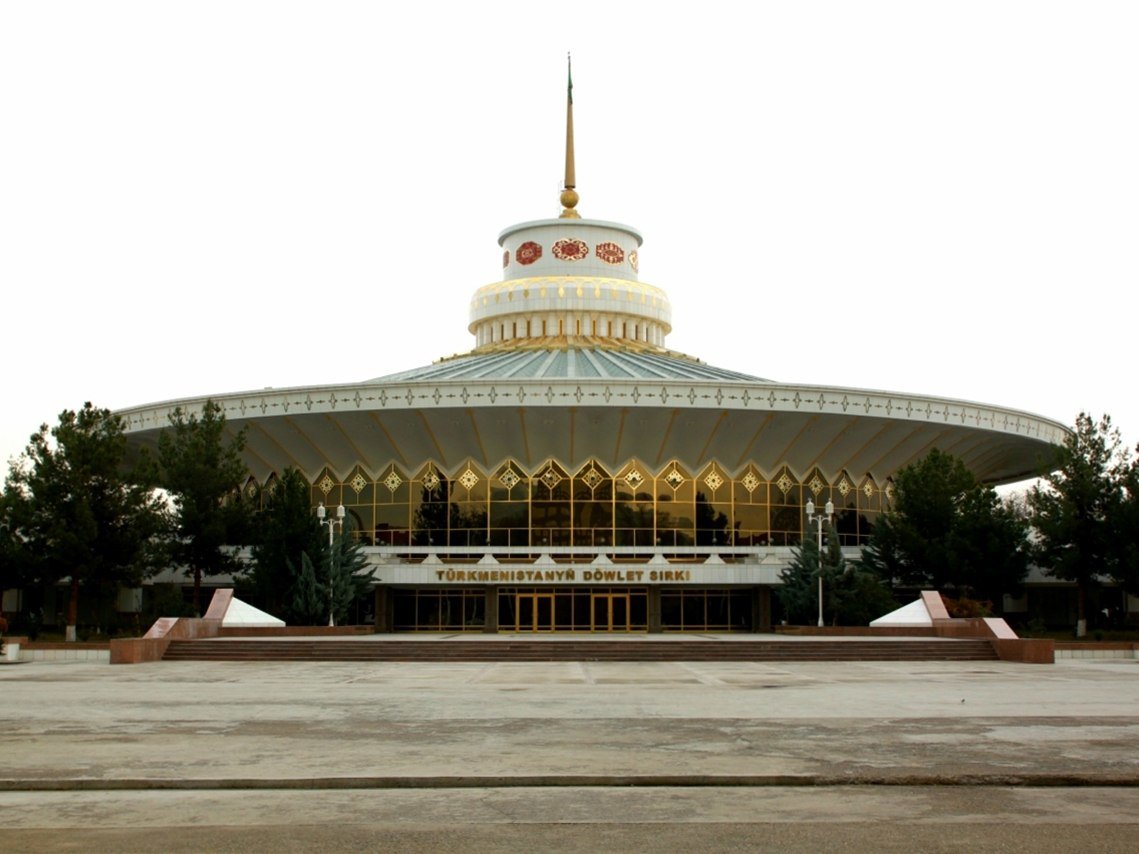 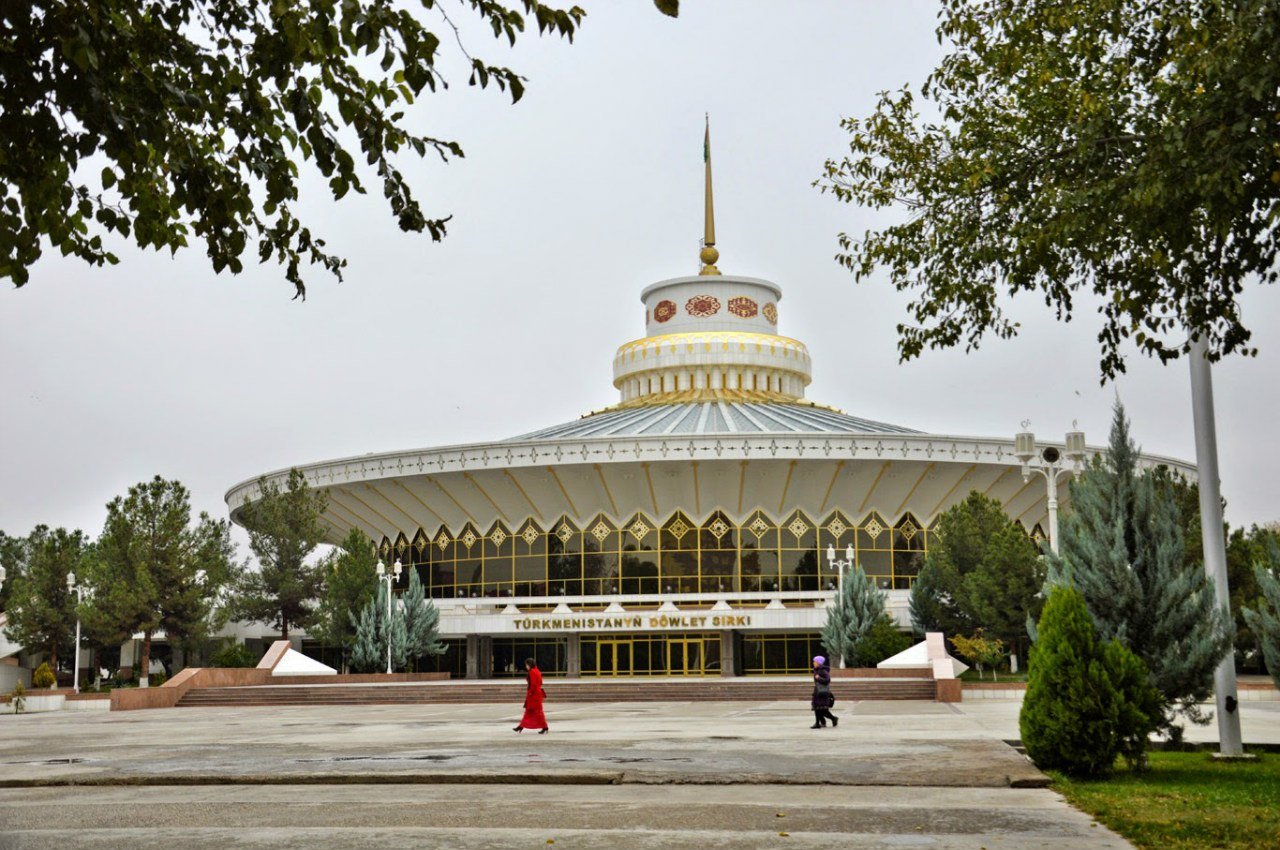 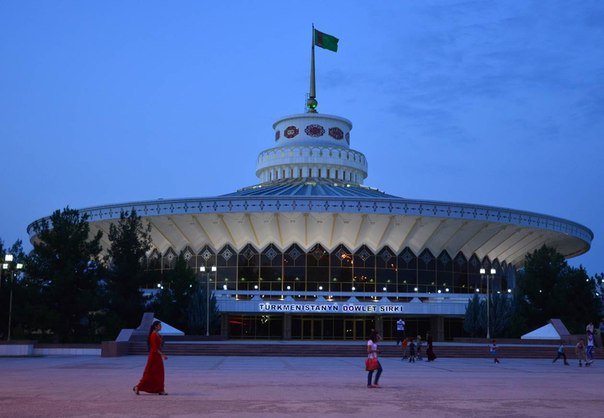