×
What are you looking for?
See all results
Archaeological sites in Næsby ved Stranden 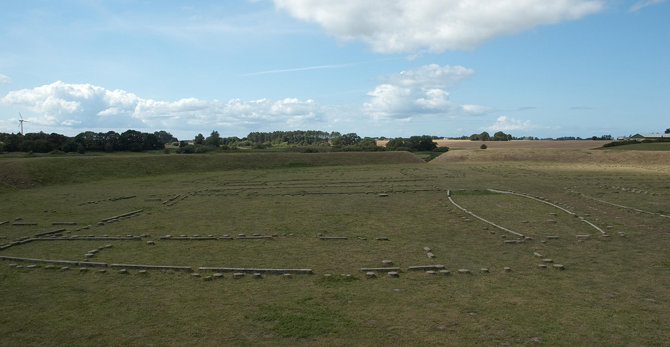 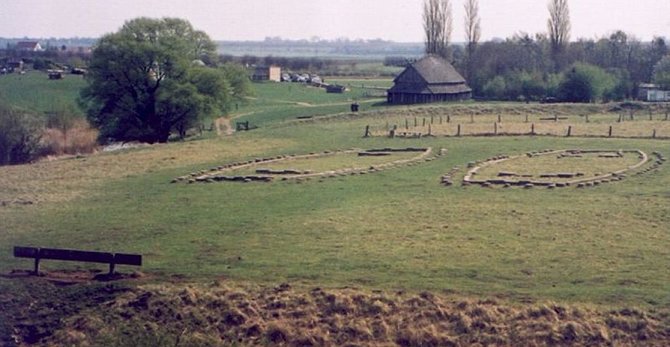 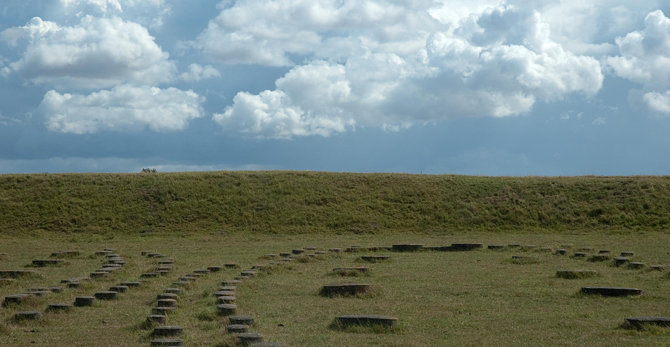 The Trelleborg near Slagelse on the Danish island of Zealand is one of the Viking ring castles of which five or six have been found until now (2006). It lies to the northwest of Slagelse. At the time the fortress was built it was situated on a peninsula that jutted into the swampy area between two rivers. It was connected to the Great Belt by a lake that at its time was usable for Viking ships, but that has since vanished. It might have commanded the connection to the island of Fyn and the sea traffic on the Great Belt.

Similar to the other Viking ring castles found so far, the Trelleborg at Slagelse was designed as an exact circle with two roads that crossed at right angles in the geometric center and led to the four gates with two always opposite to each other. In each of the four quarters stood four almost identical longhouses arranged in a square. Unlike the others the fortress was extended with a sort of bailey. The whole fortress may have supplied room for some 1300 people.

The circular main castle was surrounded by a 5 meter high rampart that was 17.5 meters wide at the base and had a diameter of 137 meters. The outer walling was made of oak. Two rows of poles were supported by slanted beams from the outside and the room in between the poles was filled with loam and stones. The inside was also clad with wood, the two facades were reinforced by beams connecting the two. In the east there was a 5 meter broad berm protected by a ditch with a pointed profile, 17 meters wide and 4 meters deep. The ditch was not filled with water and had a palisade at its base. The two roads were covered with wood and the four gates lined with stones on the inside. As in Fyrkat there may have been a circle path along the inner side of the ramparts.

The 16 longhouses were arranged in four squares 29.42 meters long each and had a some what ship like form, the long walls bulging outwards. Each house was divided into three rooms with a large central hall (18 x 8 m) and two smaller rooms at the ends. Each house had four entrances, two at the short ends and two in the long walls. The doors where protected by porches. Besides the large longhouses there were also smaller houses to the north of the north eastern quarter, two small houses in the inner yard of the northeastern and southwestern quarter and a little square hut each near the northern and western gates.

This part of the fortress seems unique as the other fortresses seem to lack this feature (so far only Aggersborg, Fyrkat and the Trelleborg near Slagelse have been fully excavated as of 2006). The bailey was protected by a rampart of its own to the east. The 16 longhouses of the bailey, each 26.33 meters long, were placed with their axis through the length of the buildings pointing to the center of the main castle.

In an extension of this bailey was a cemetery with 135 graves. Most buried were young men but some were also women or children. Two contained mass burials, one for five and one for eleven persons. Over two thirds of the graves had no grave offerings, the others only had few pieces, weapons being rather rare. Only two graves were rich in items. One was a woman's grave with pearls, a bronze bucket, a wood casket and game stones. The other was the grave of a male with a bronze bowl and a silver adorned axe. The large amount of simple graves may indicate a Christian influence. Graves of horsemen were found on surrounding higher grounds.

The site was excavated from 1934 to 1942. Most of the finds were things of every day life: pottery, locks, keys, fittings, knives, whetstones, combs, weaving weights, scissors and needles. Weapons such as iron axes, arrow points and parts of shields.

Older datings put the castle near the year 1000. Datings by Dendrochronology have found the wood used for the construction to have been felled in the fall of 980 and thus being used for building presumedly in the spring of 981. The rather short construction time and the complete lack of any signs of maintenance indicate an only short use of the buildings. Possibly the fortress was abandoned before it was completed. Signs of fire may indicate its destruction by fire. The regions around the gates show signs of longer usage though.

One of the Longhouses was reconstructed on the site in 1948. Further investigations have led to other opinions on the construction though. Today the site is an open air museum with some buildings for exhibits.

Tips & Hints
Arrange By:
Popular first New first
There are no tips nor hints for Trelleborg (Slagelse) yet. Maybe be you will be the first one to post useful information for fellow travellers? :)

Trelleborg castle is a tourist attraction, one of the Museums in

Nuborg Castle is a tourist attraction, one of the Castles in Nyborg,

St. Bendt's Church in Ringsted, Denmark, was originally part of a

The Danish Tramway Museum is a museum placed in Jystrup, Denmark,

The Great Belt Fixed Link (Danish: Storebæltsforbindelsen) is the 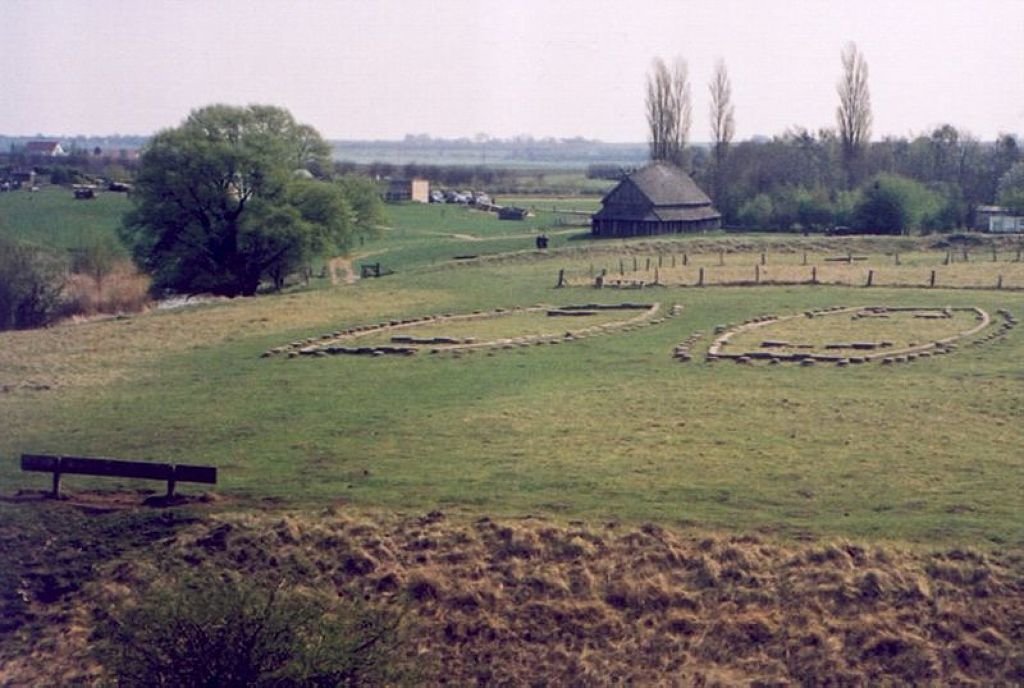 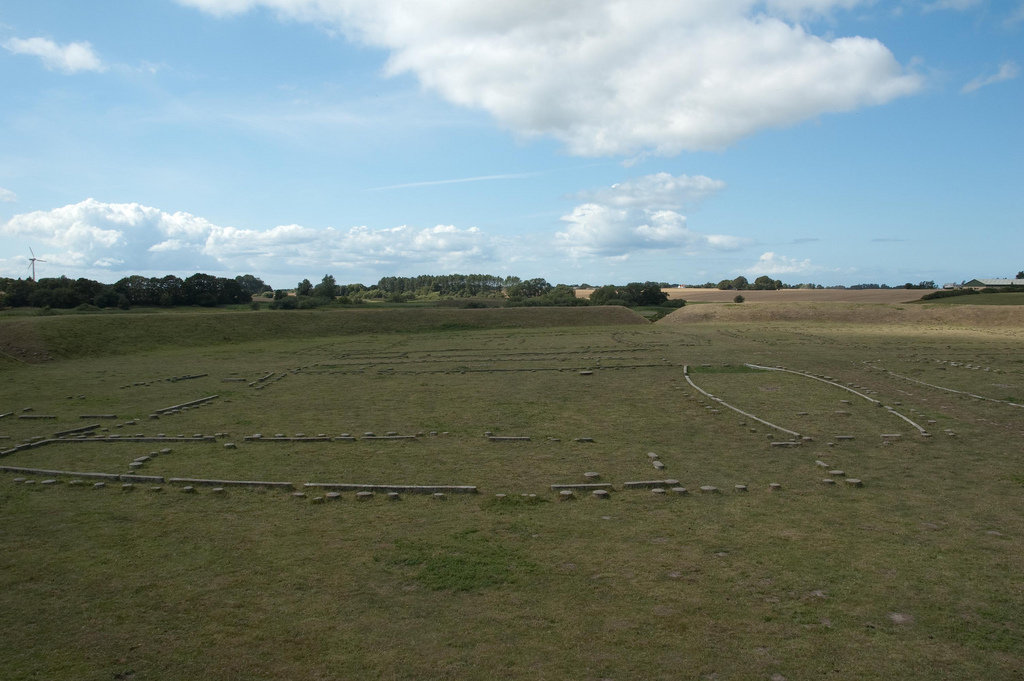 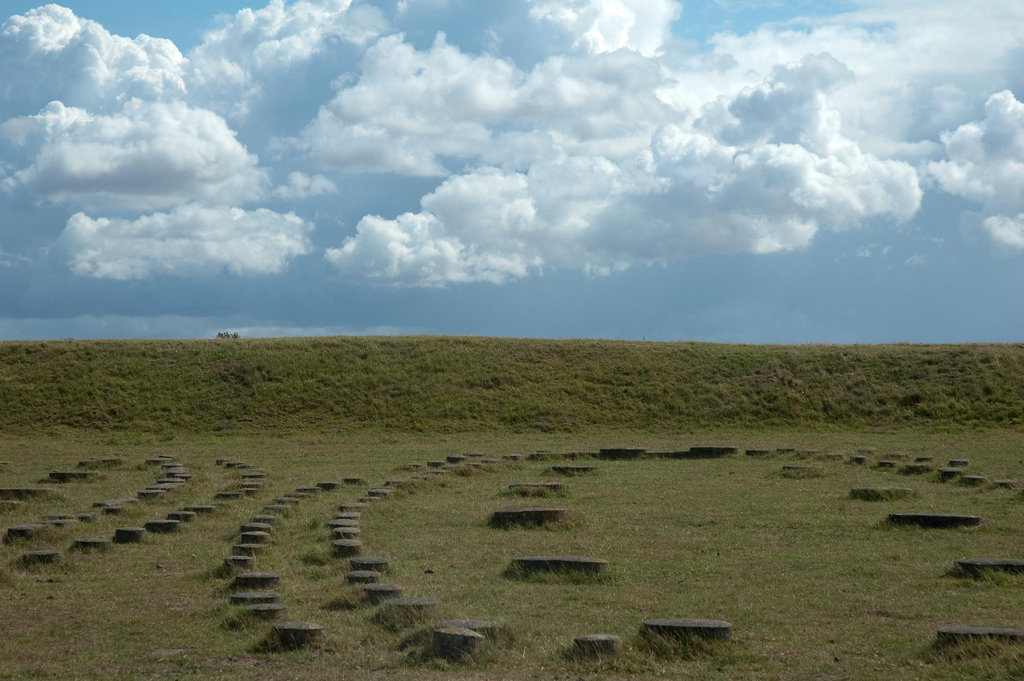 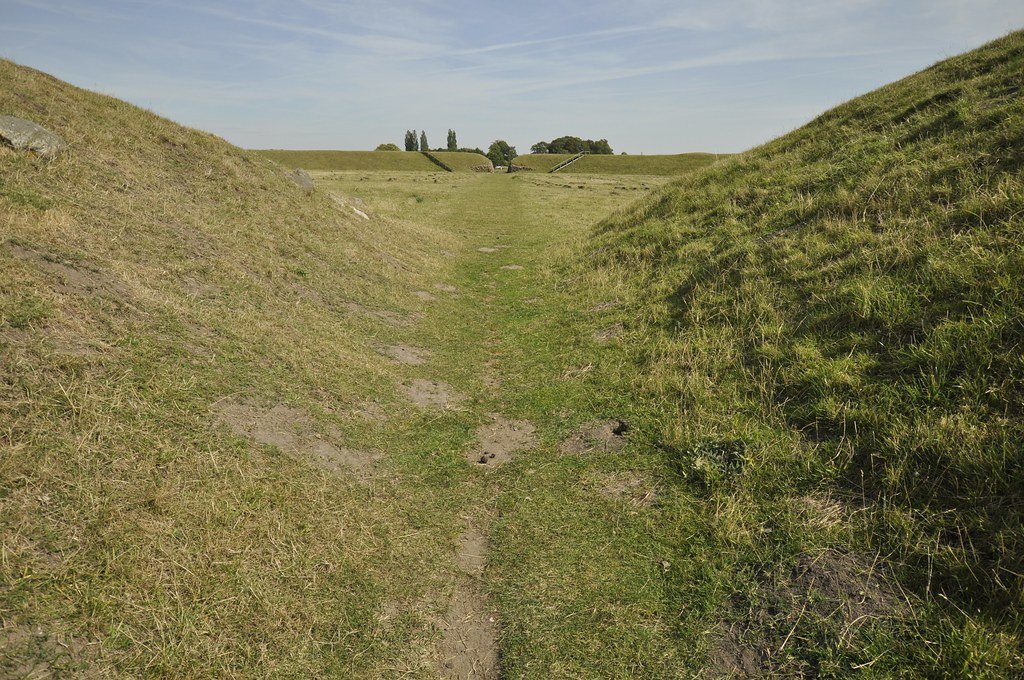 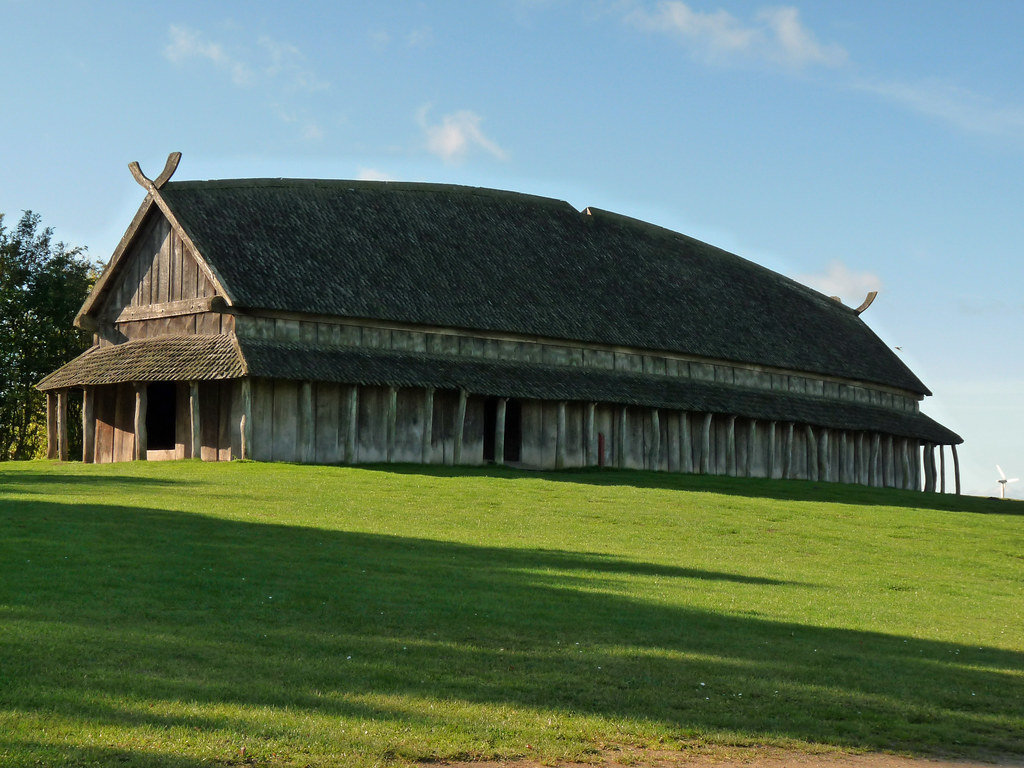 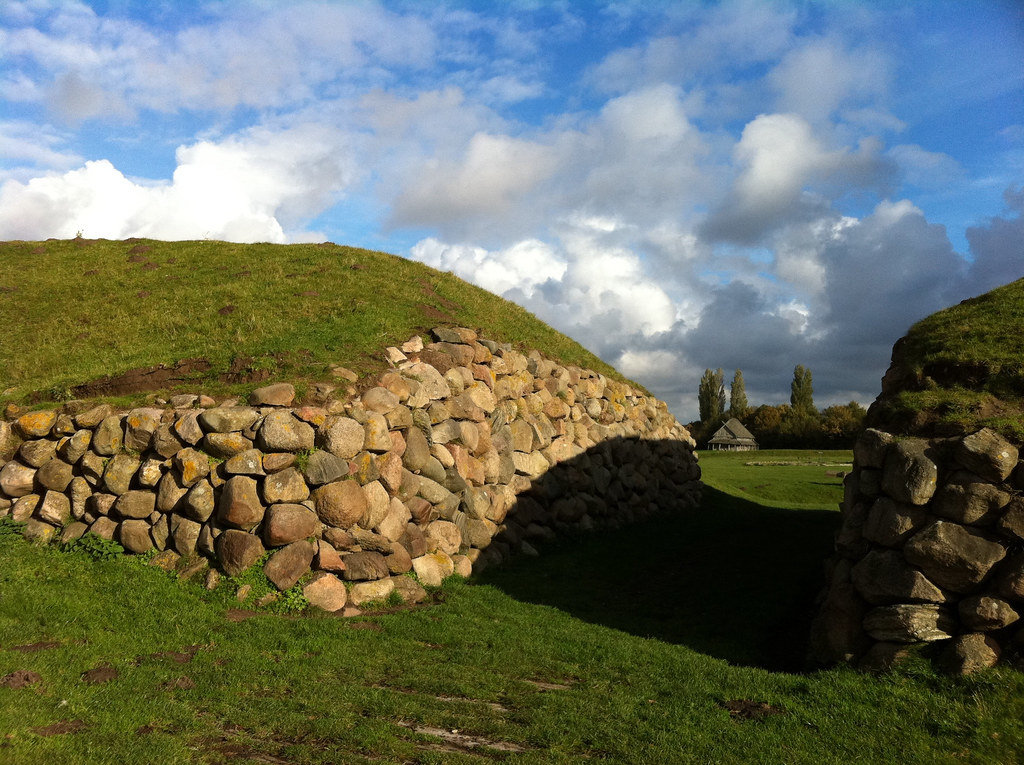 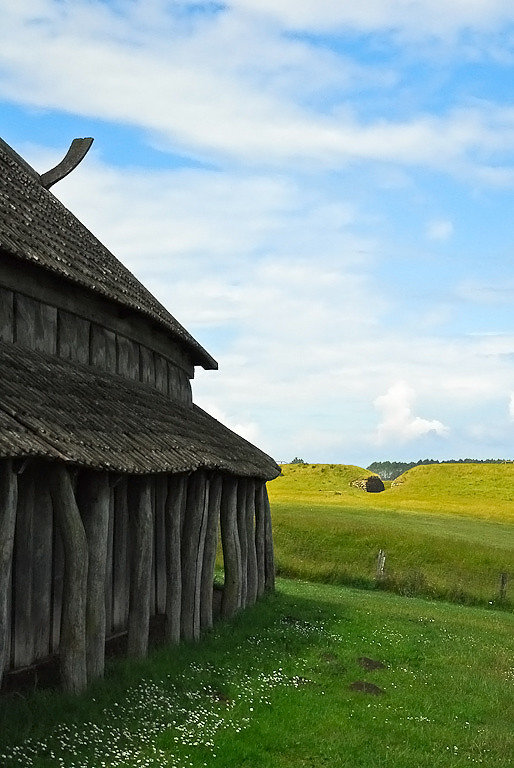 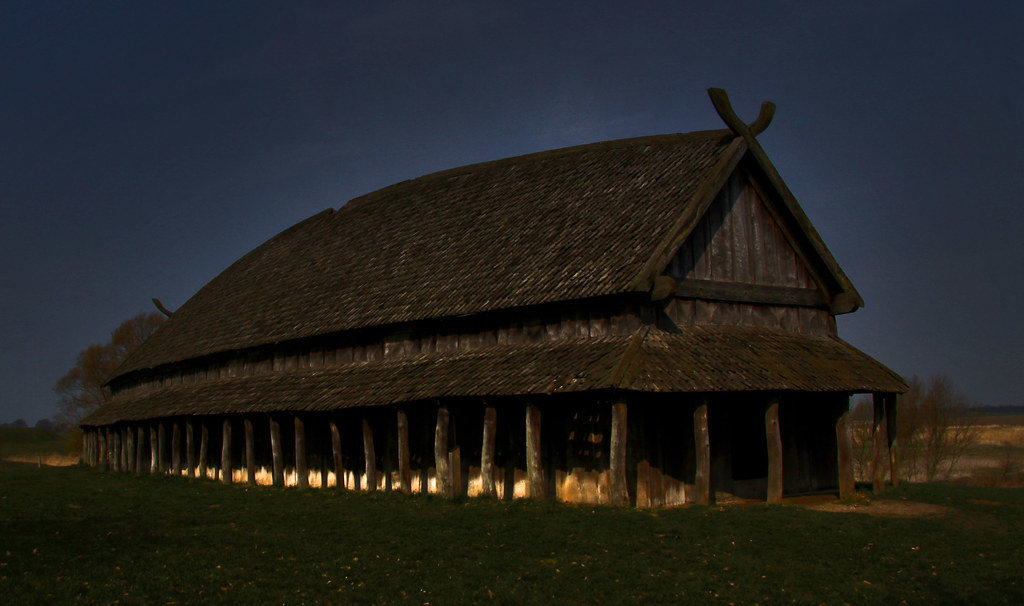 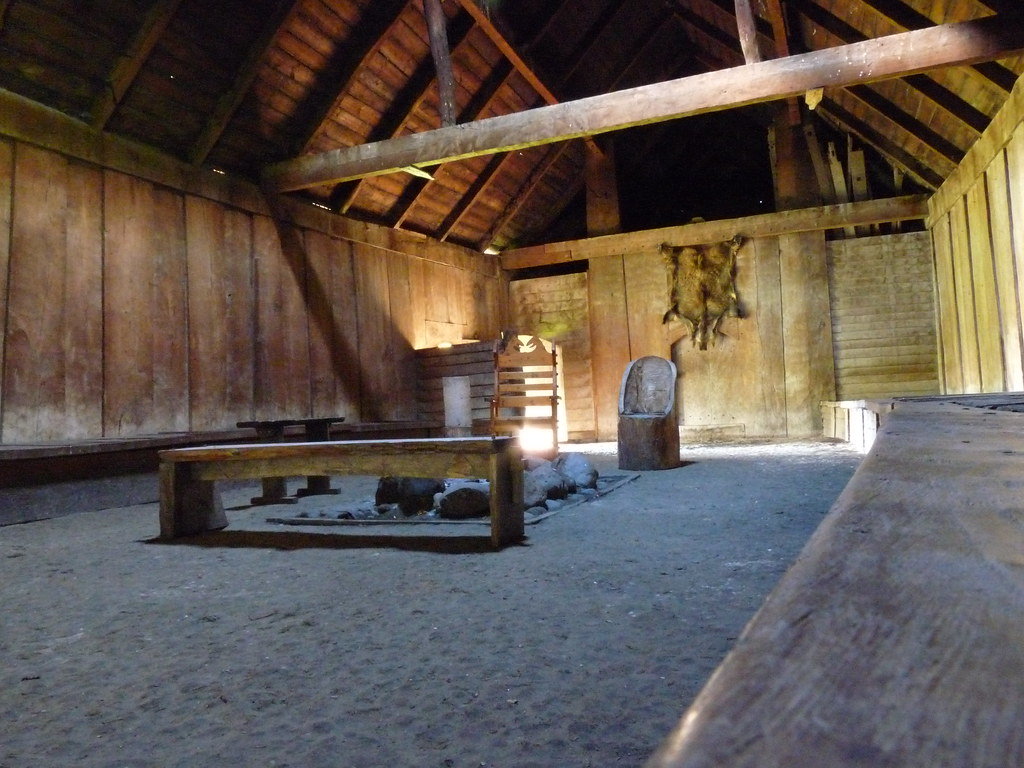 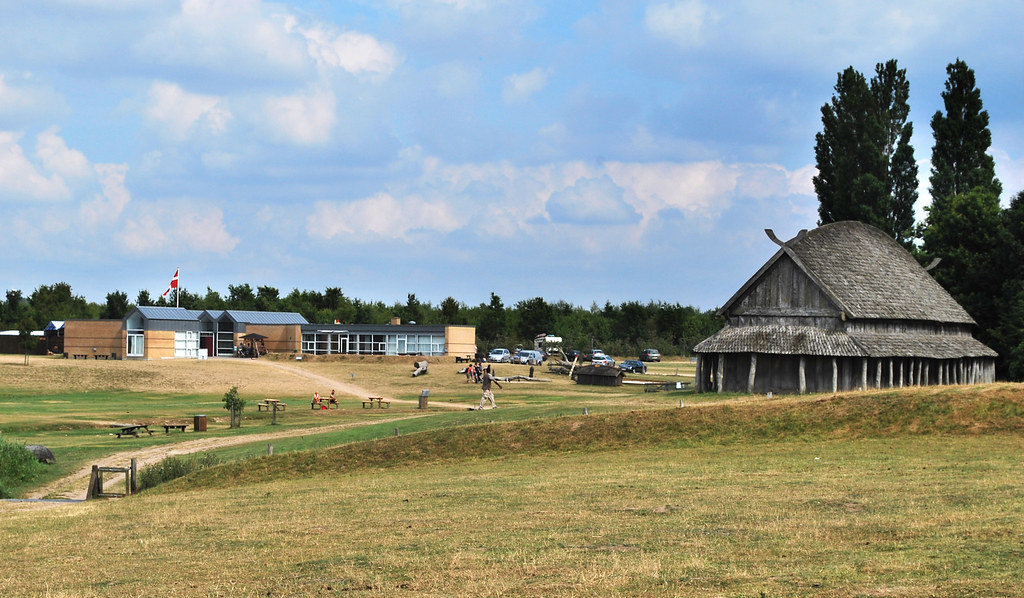 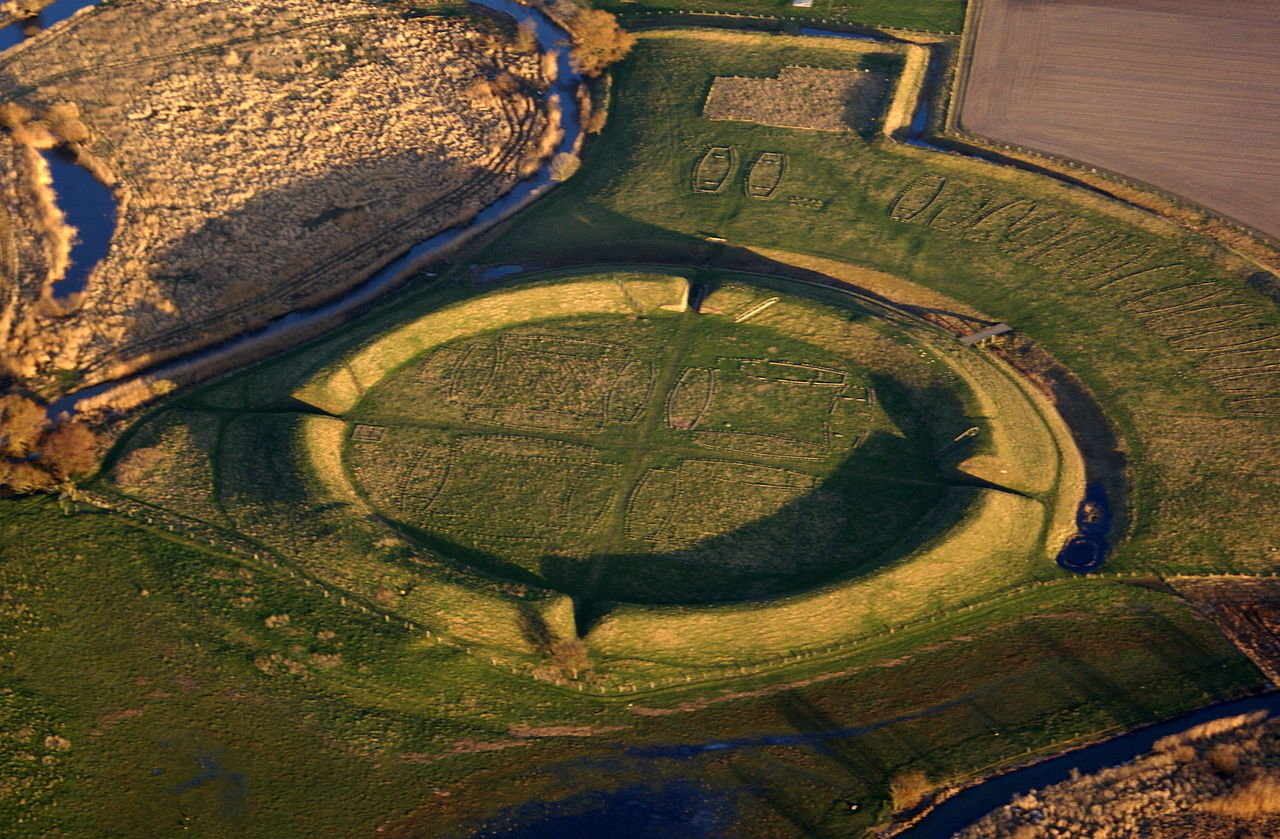 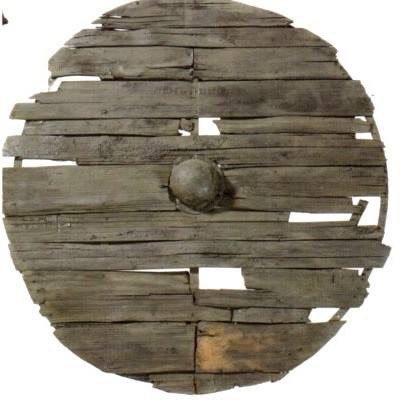 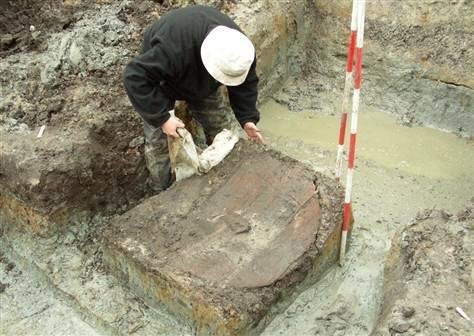 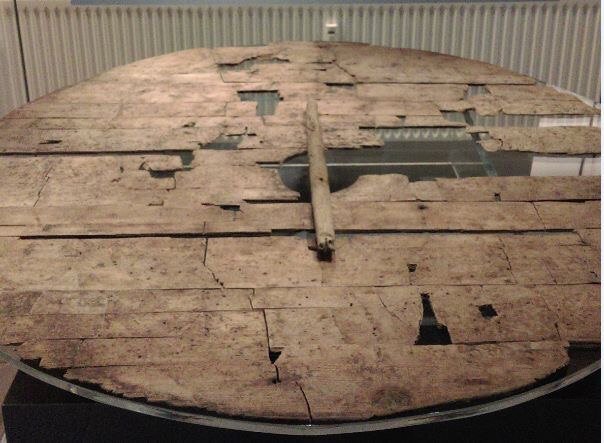 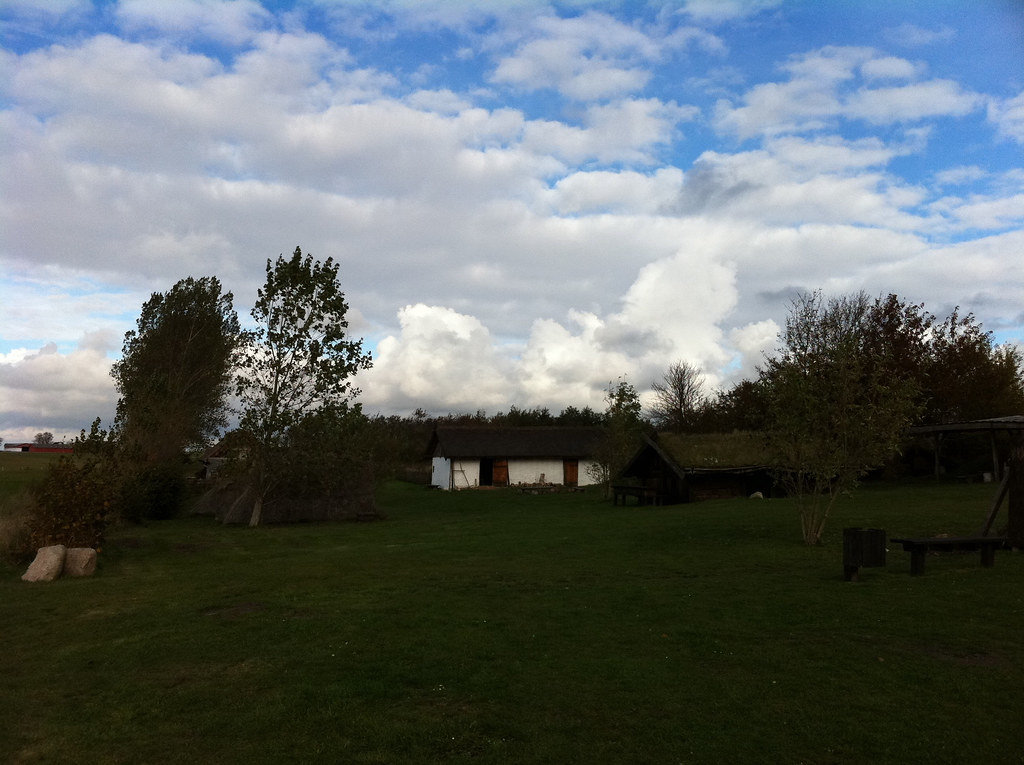 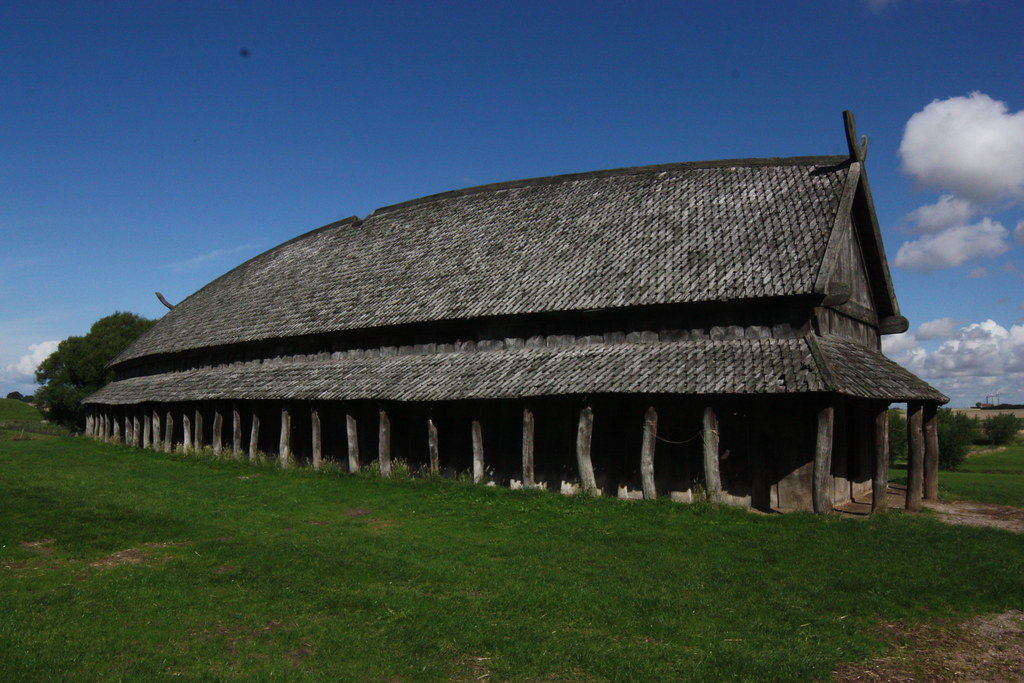 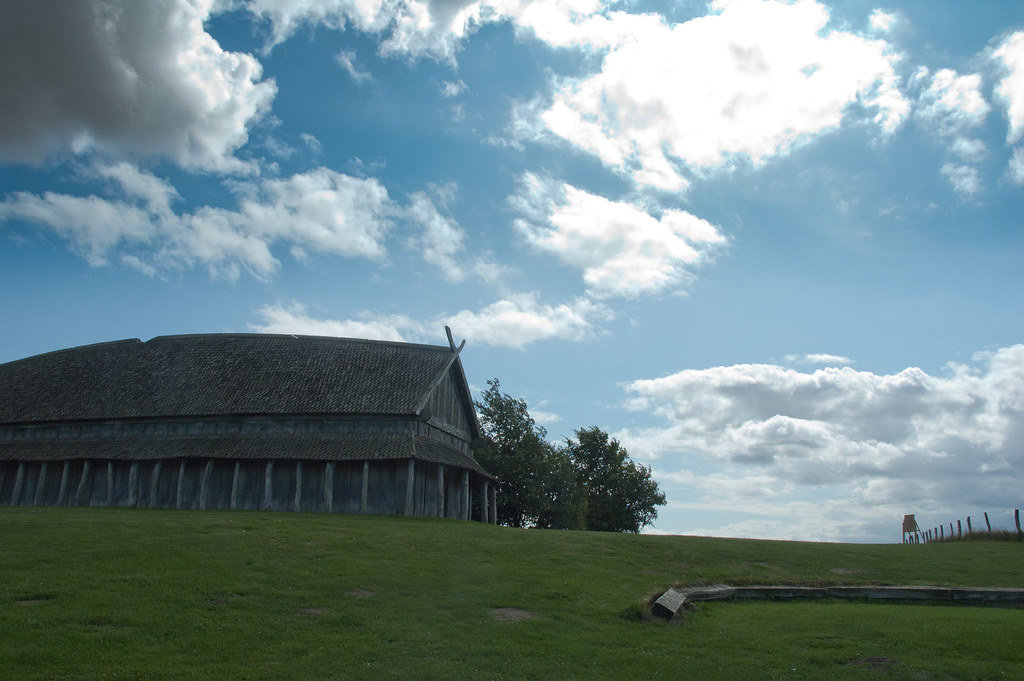 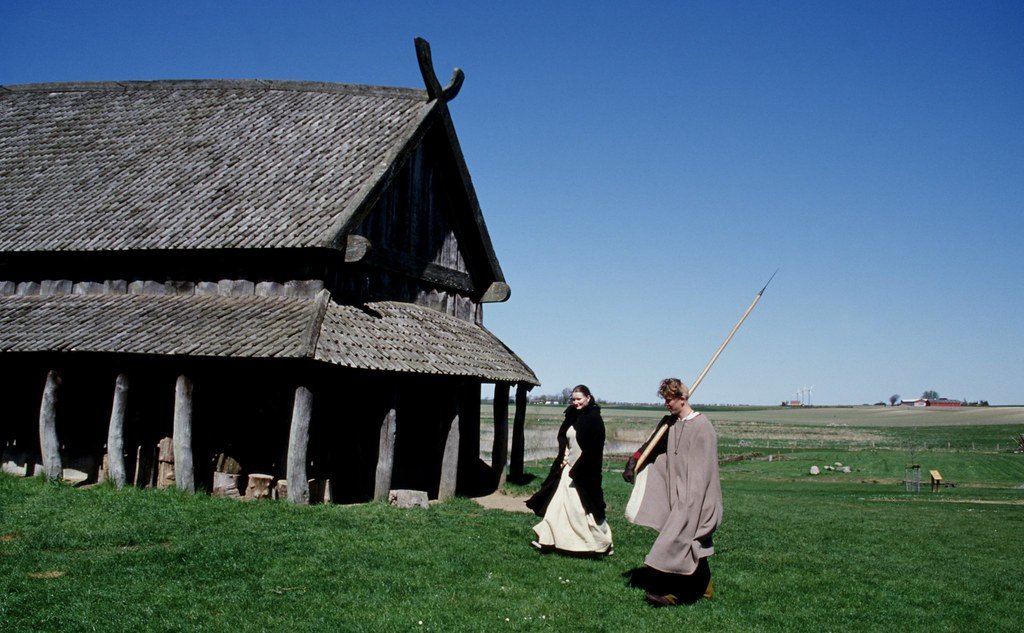 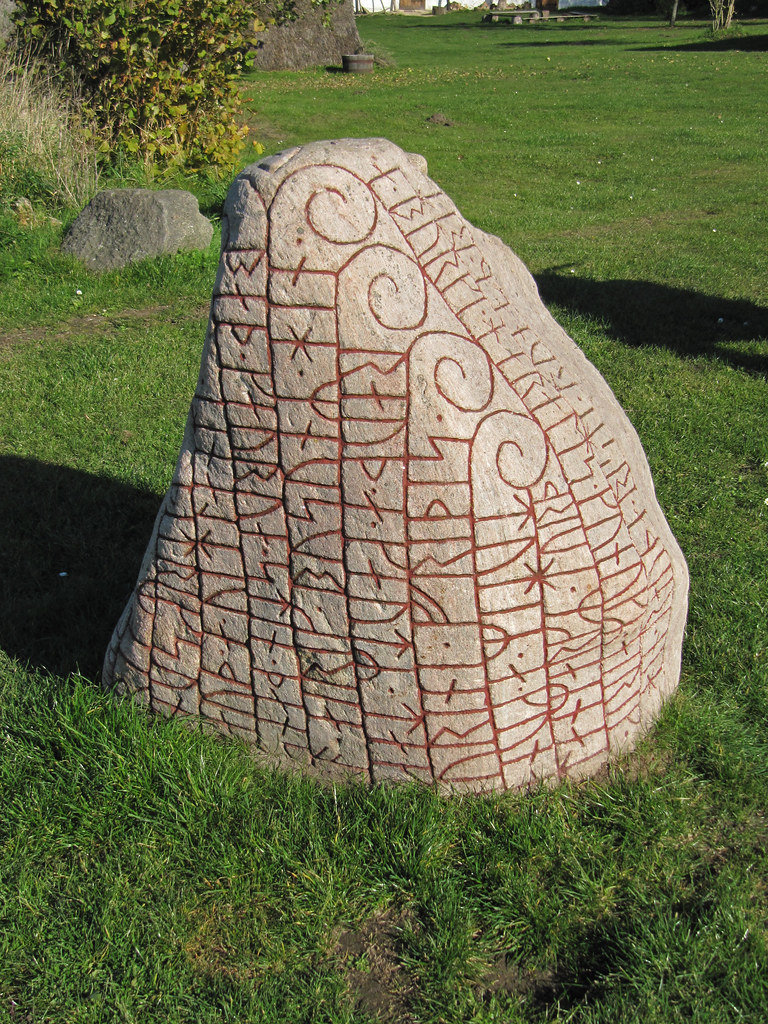