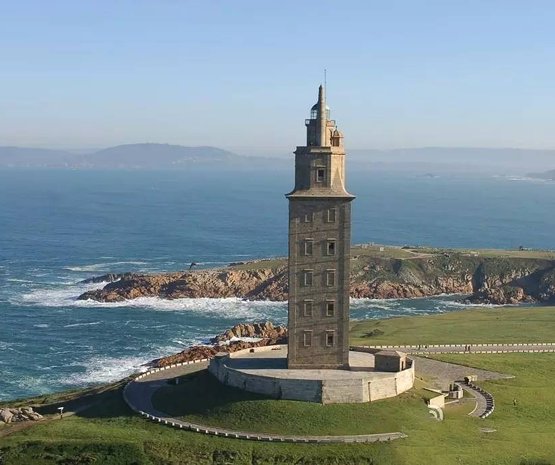 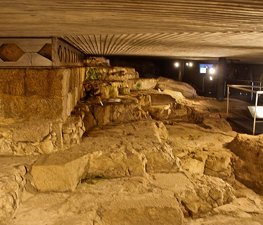 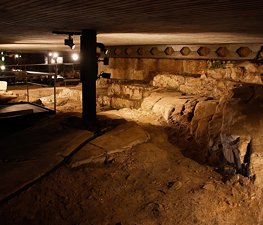 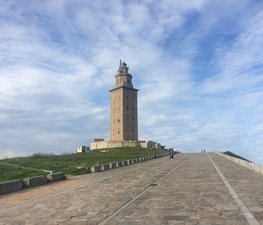 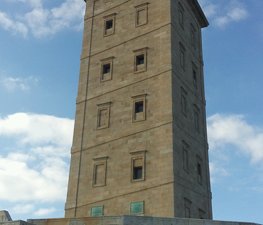 The Tower of Hercules (Galician and Spanish: Torre de Hércules) is an ancient Roman lighthouse on a peninsula about 2.4 kilometers (1.5 miles) from the centre of A Coruña, Galicia, in north-western Spain. The name Corunna is said to be derived from the ancient columna, meaning column. The structure is 55 metres (180 ft) tall and overlooks the North Atlantic coast of Spain. The structure, almost 1900 years old and rehabilitated in 1791, is the oldest Roman lighthouse still used as a lighthouse.

The tower remains a sentinel from days long past. It is known to have existed by the 2nd century, built or perhaps rebuilt under Trajan, perhaps on foundations and just possibly following a design that was Phoenician in origin. It is thought to be modeled after the Pharos Lighthouse of Alexandria. At its base is preserved the cornerstone with the inscription MARTI AUG.SACR C.SEVIVS LUPUS ARCHTECTUS AEMINIENSIS LVSITANVS.EX.VO, permitting the original lighthouse tower to be ascribed to the architect Gaius Sevius Lupus, from Aeminium (present-day Coimbra, Portugal) in the former province of Lusitania, as an ex voto dedicated to Mars. The tower has been in constant use since the 2nd century and considered to be the oldest existing lighthouse in the world. Originally it was constructed with an ascending ramp encircling its sides, for oxen to bring cartloads of wood to keep the light fueled at night.[]

The earliest surviving mention of the lighthouse at Brigantium is by Paulus Orosius in Historiae adversum Paganos written ca 415 – 417:

In 1788 the original 34 metres (112 ft), 3-storey tower was given a neoclassical restoration, including a new 21 metres (69 ft) fourth storey. The restoration was undertaken by naval engineer Eustaquio Giannini during the reign of Charles III of Spain, and was finished in 1791. Within, the much-repaired Roman and medieval masonry may be inspected.

The Romans who conquered this region of Spain believed it to be the end of the earth, as described in "Finisterra". This region is notorious for shipwrecks, earning the name Costa da Morte, the "Coast of Death".

Through the millennia many mythical stories of its origin have been told. According to a myth that blends Celtic and Greco-Roman elements, the hero Hercules slew the giant tyrant Geryon after three days and three nights of continuous battle. Hercules then—in a Celtic gesture— buried the head of Geryon with his weapons and ordered that a city be built on the site. The lighthouse atop a skull and crossbones representing the buried head of Hercules’ slain enemy appears in the coat-of-arms of the city of Corunna.

Another legend embodied in the 11th-century compilation Lebor Gabala Erren— the "Book of Invasions"— King Breogán, the founding father of the Galician Celtic nation, constructed here a massive tower of such a grand height that his sons could see a distant green shore from its top. The glimpse of that distant green land lured them to sail north to Ireland. A colossal statue of Breogán has been erected near the Tower.

Early geographical description on the location of Brigantia point out that the town was actually located where the modern city of Betanzos is. This is sustained by the fact that Betanzos was referred to as "the former city of Brigancia" until the 17th century, both in literary accounts as well as in maps. It is also believed that the name Betanzos is a phonetical evolution from Brigantium > Breganzo > Betanzos.

The port of Betanzos was getting too small for the larger mediaeval ships and king Alphons IX of Leon decided to create a bigger port nearby in the 13th century. The place he chose was an uninhabited place called Clunia, which later on evolved to Cruña and Coruña. The place name Clunia is believed to come from the Galician Celtic name Cluain, which means The Meadow.

Other use of the name

A medieval watchtower in Segovia also bears the name "Tower of Hercules".

David Hall
Free entry on a Monday. But the balcony is closed if it’s too windy.

Tower of Hercules on Foursquare

Praza de María Pita is a tourist attraction, one of the Town squares

Castro de Elviña is a ruined site in Province of A Coruña, Galicia, S 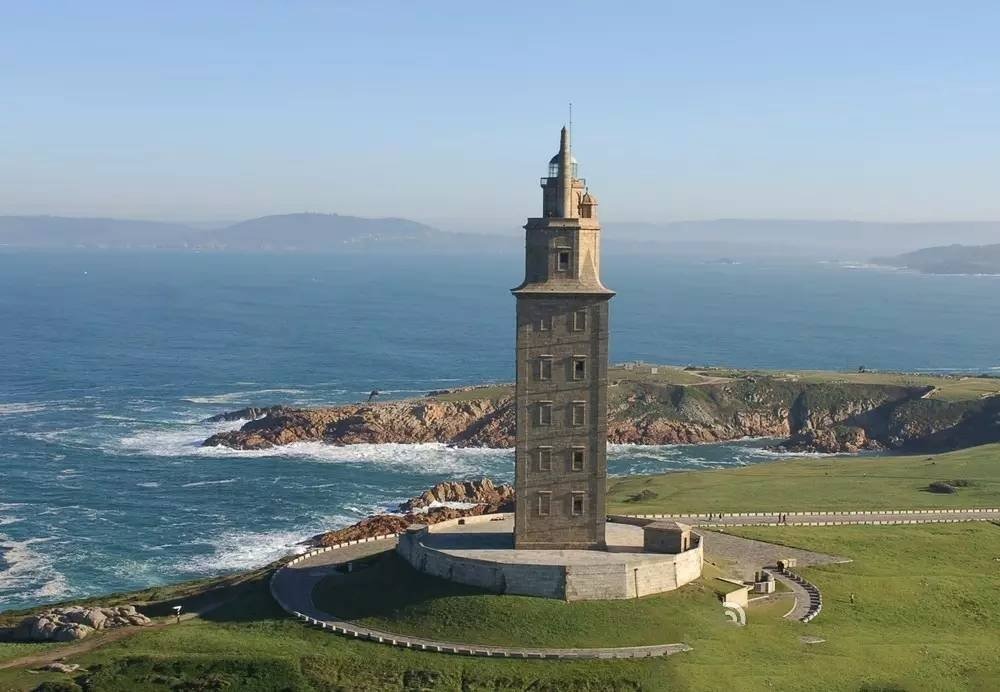 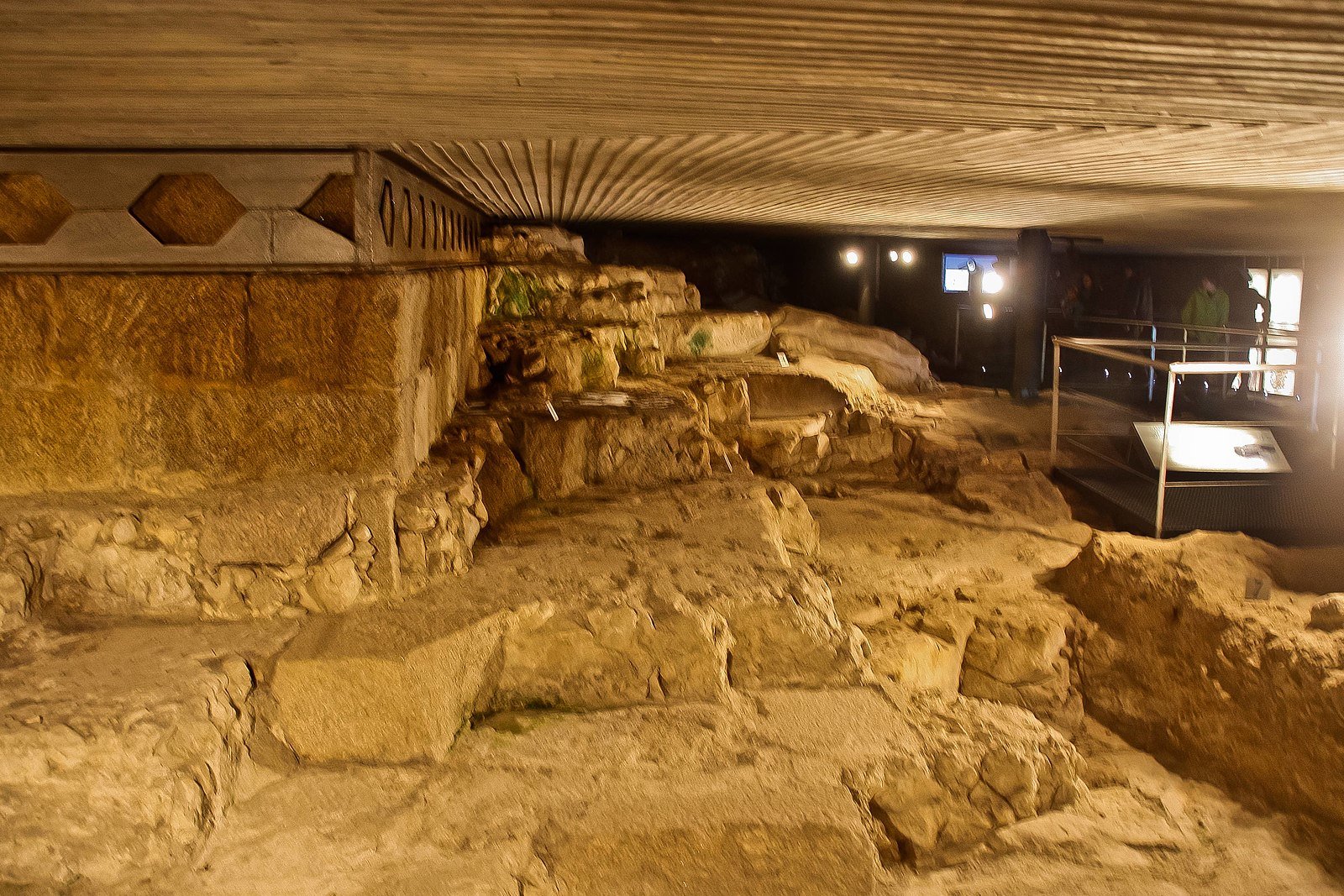 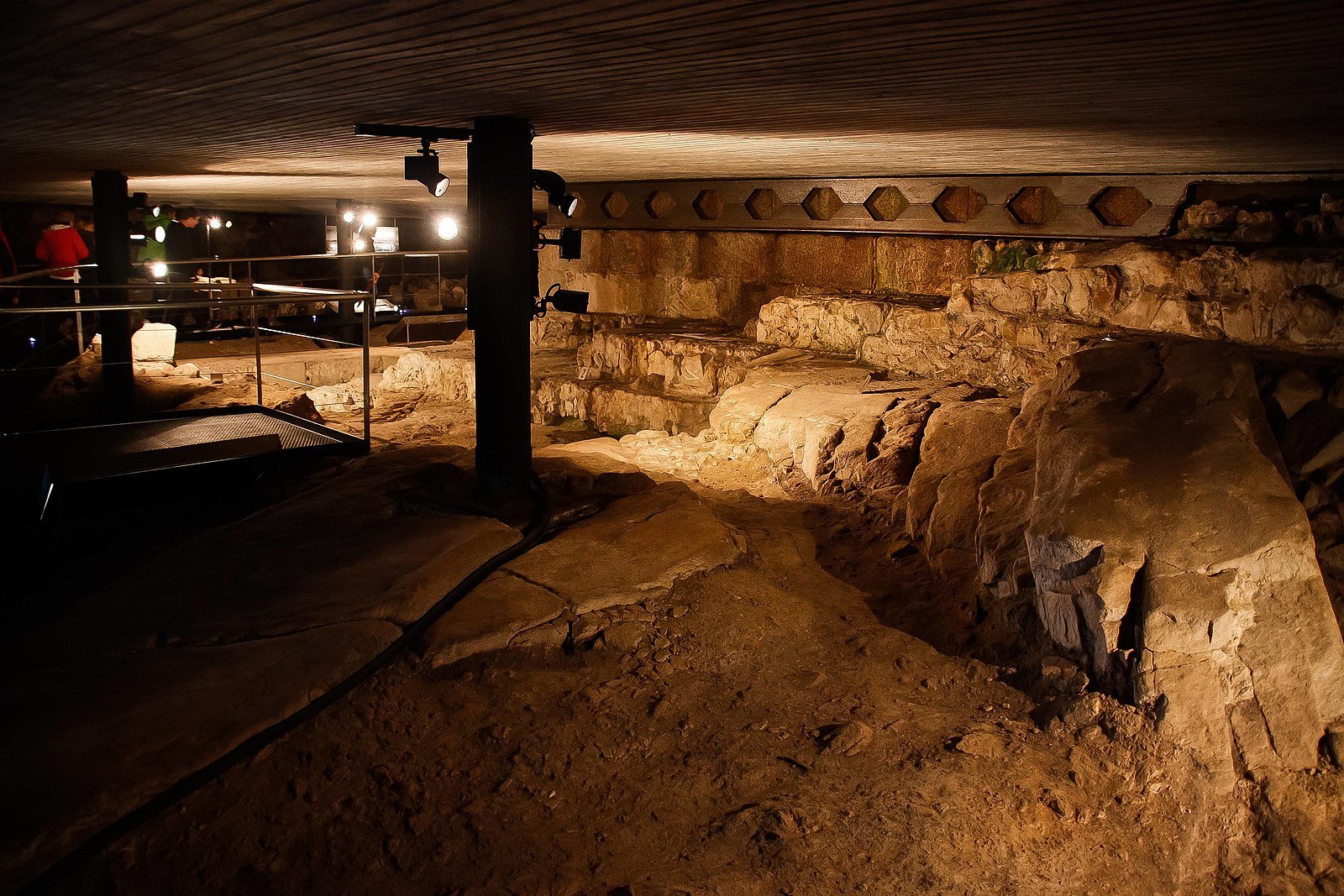 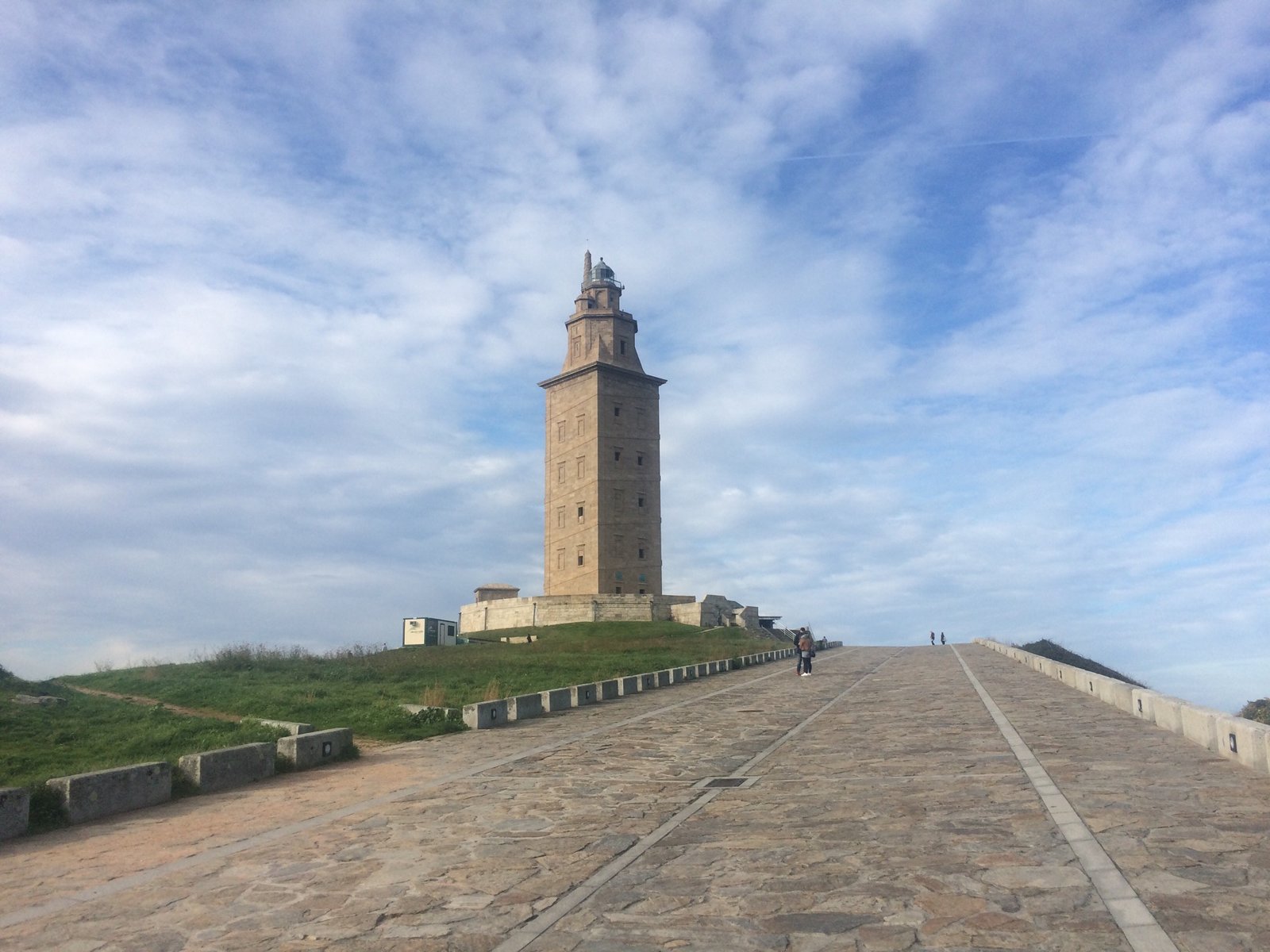 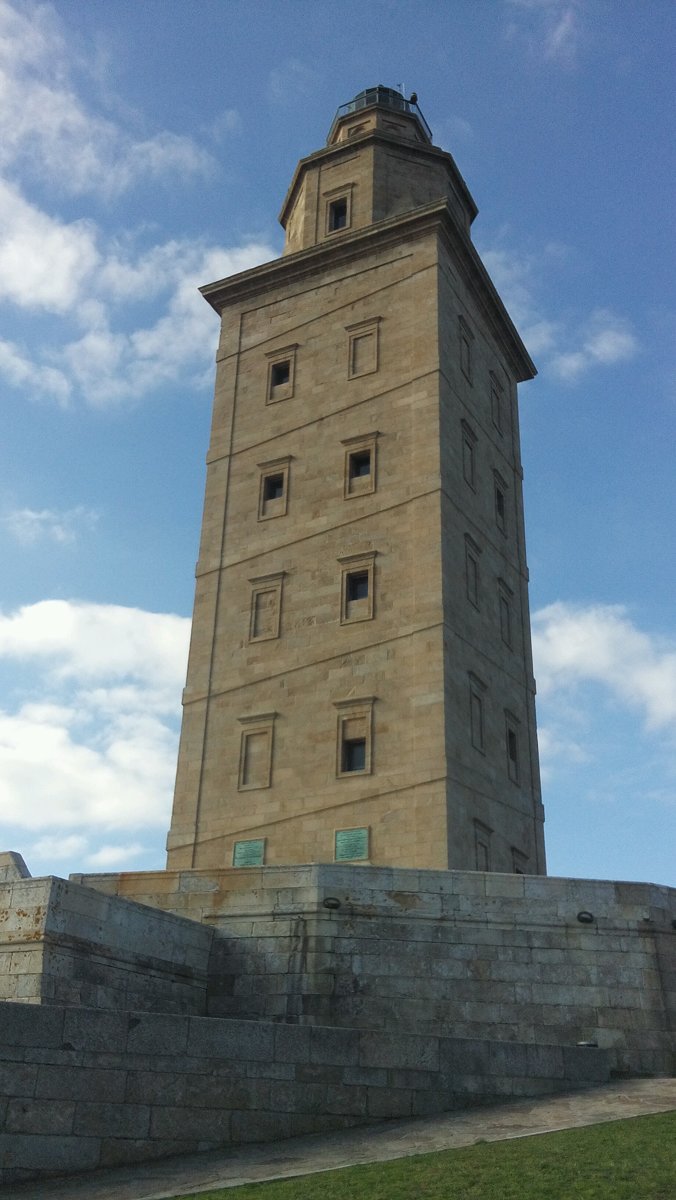 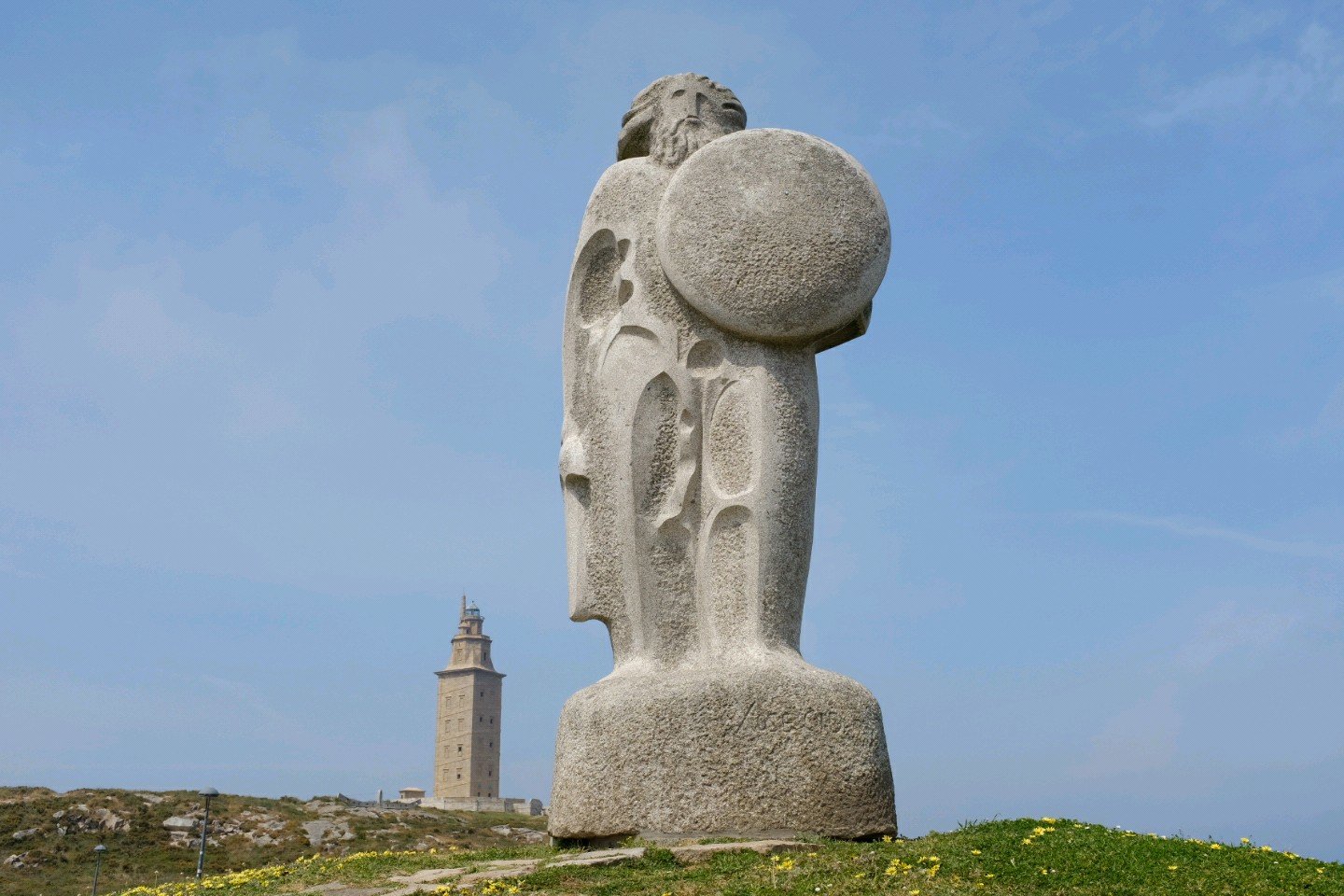 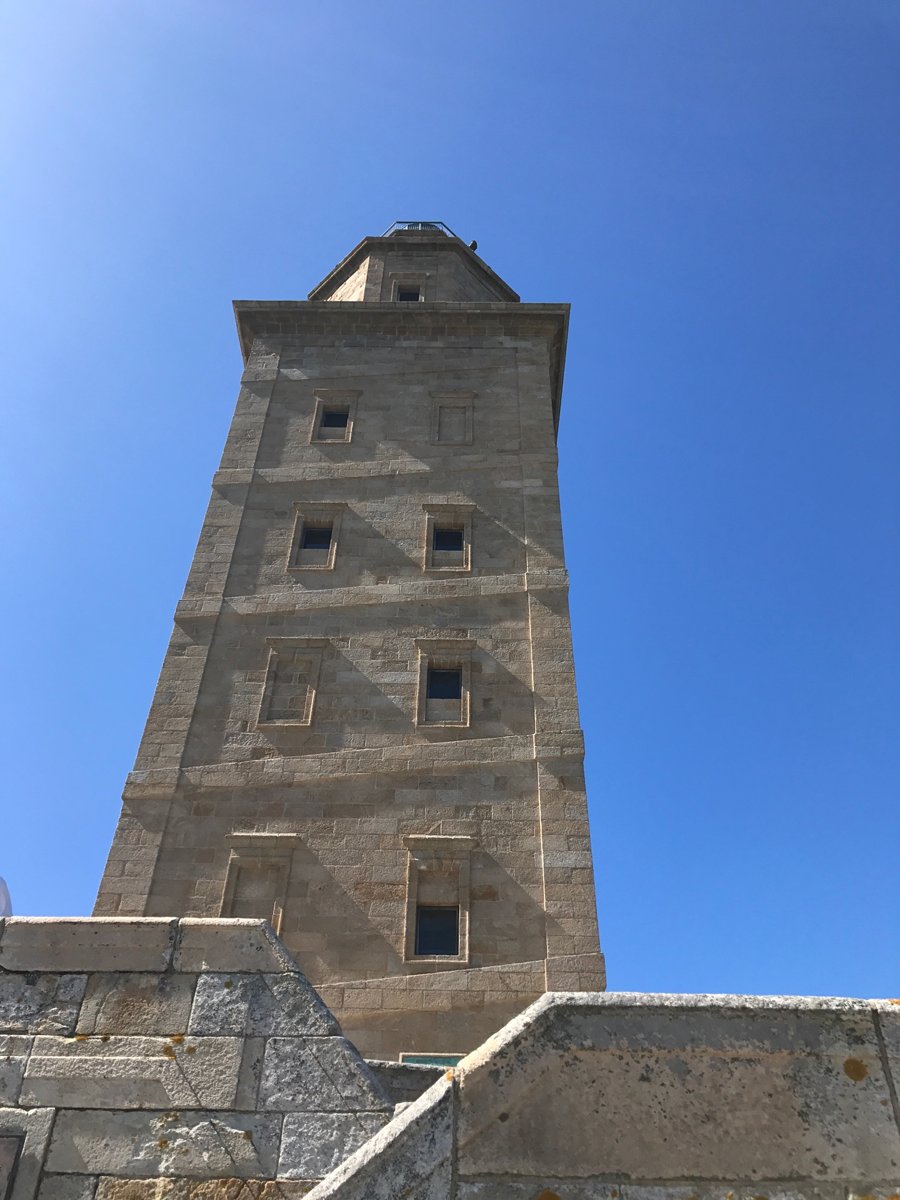 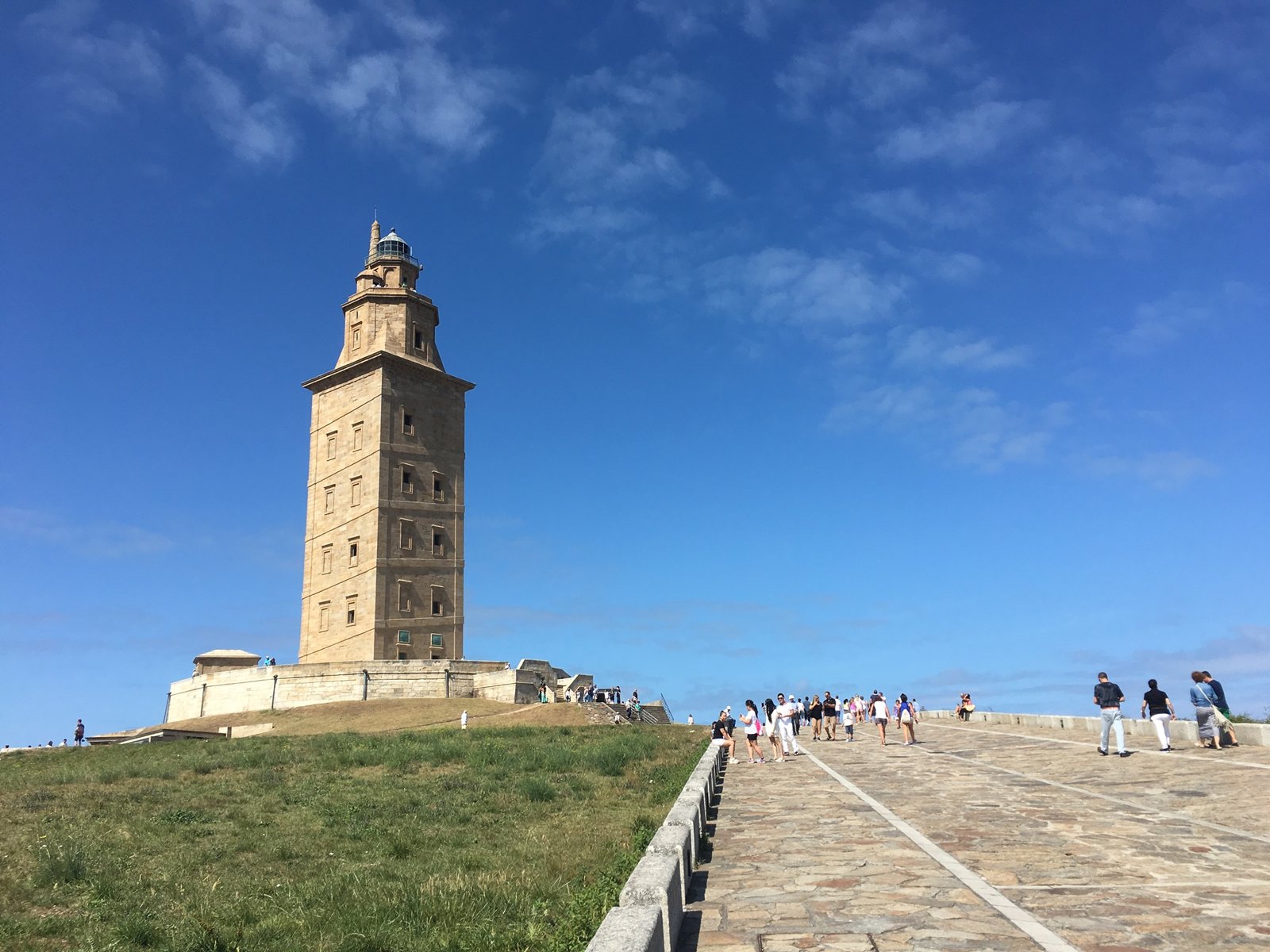 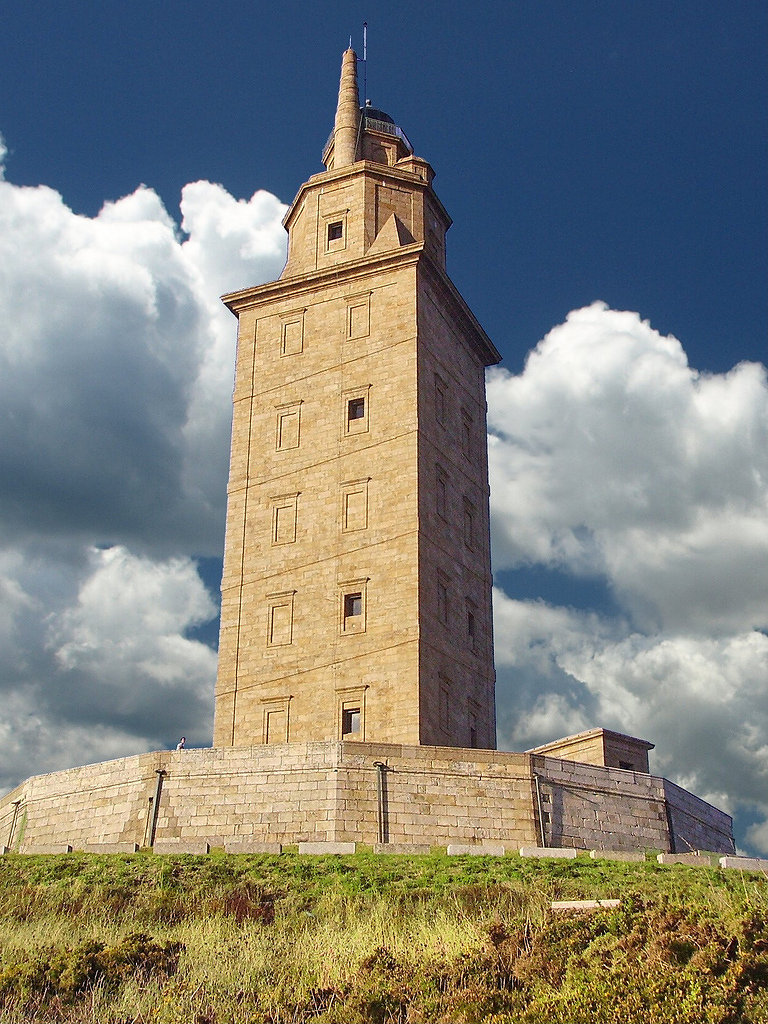 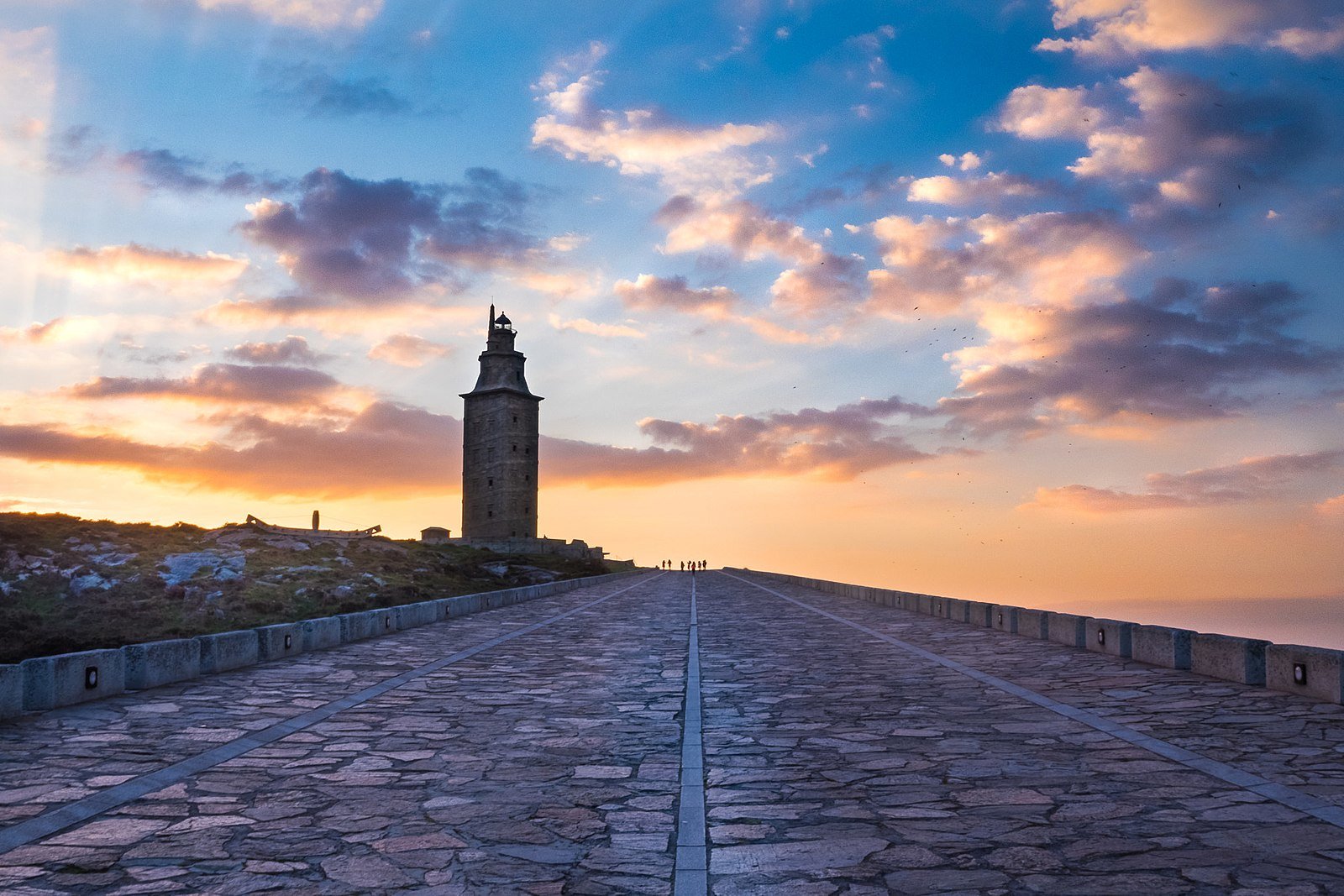 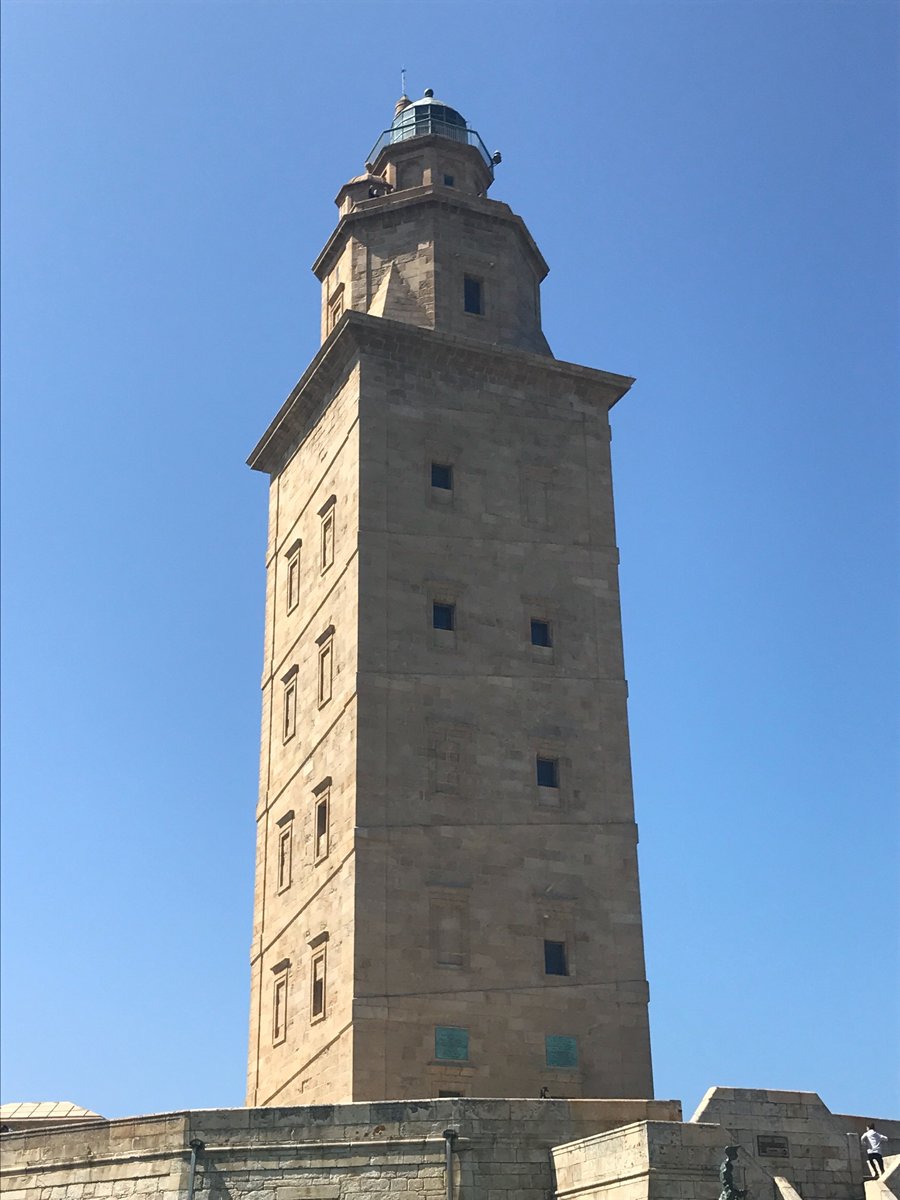 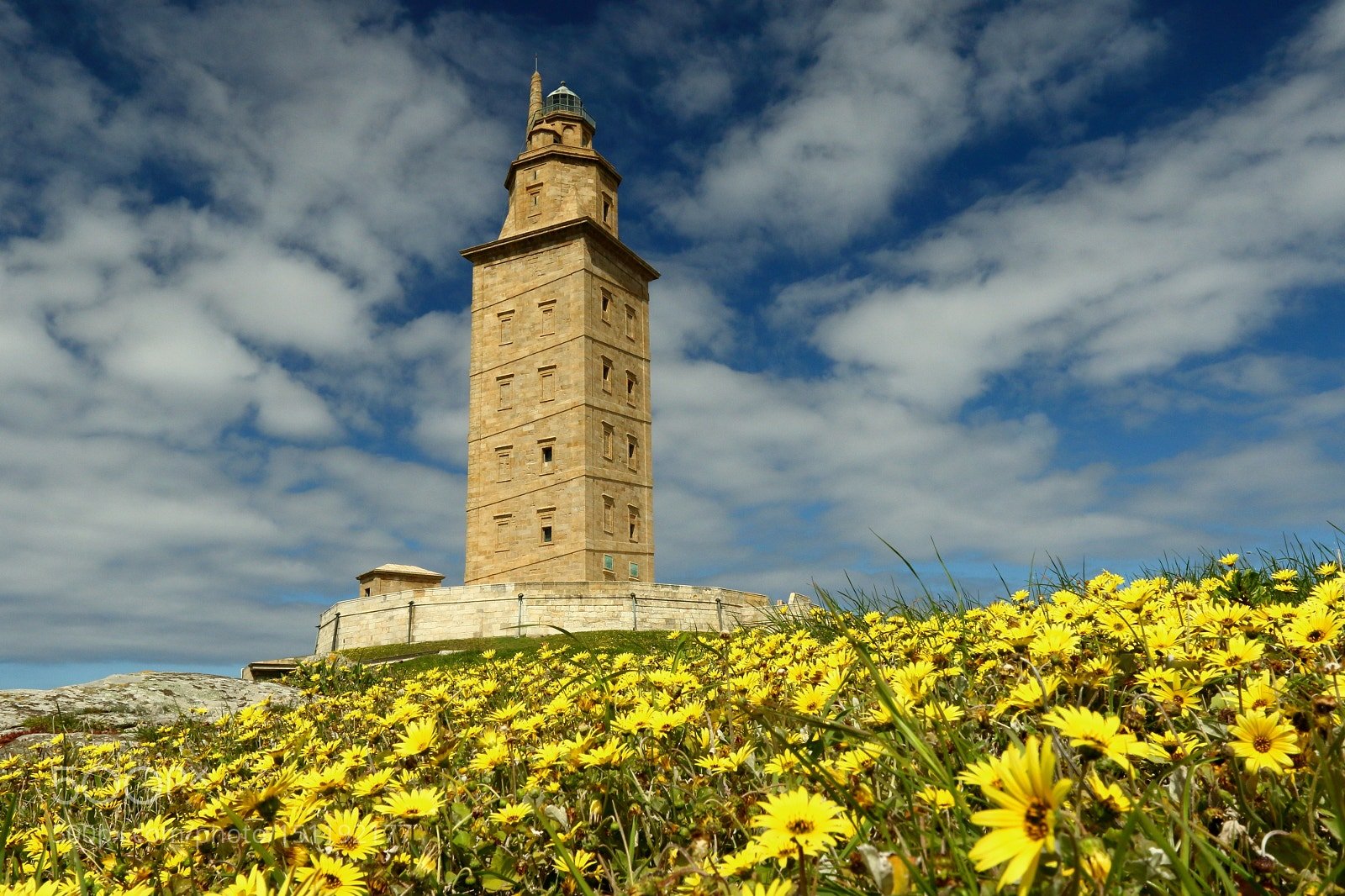 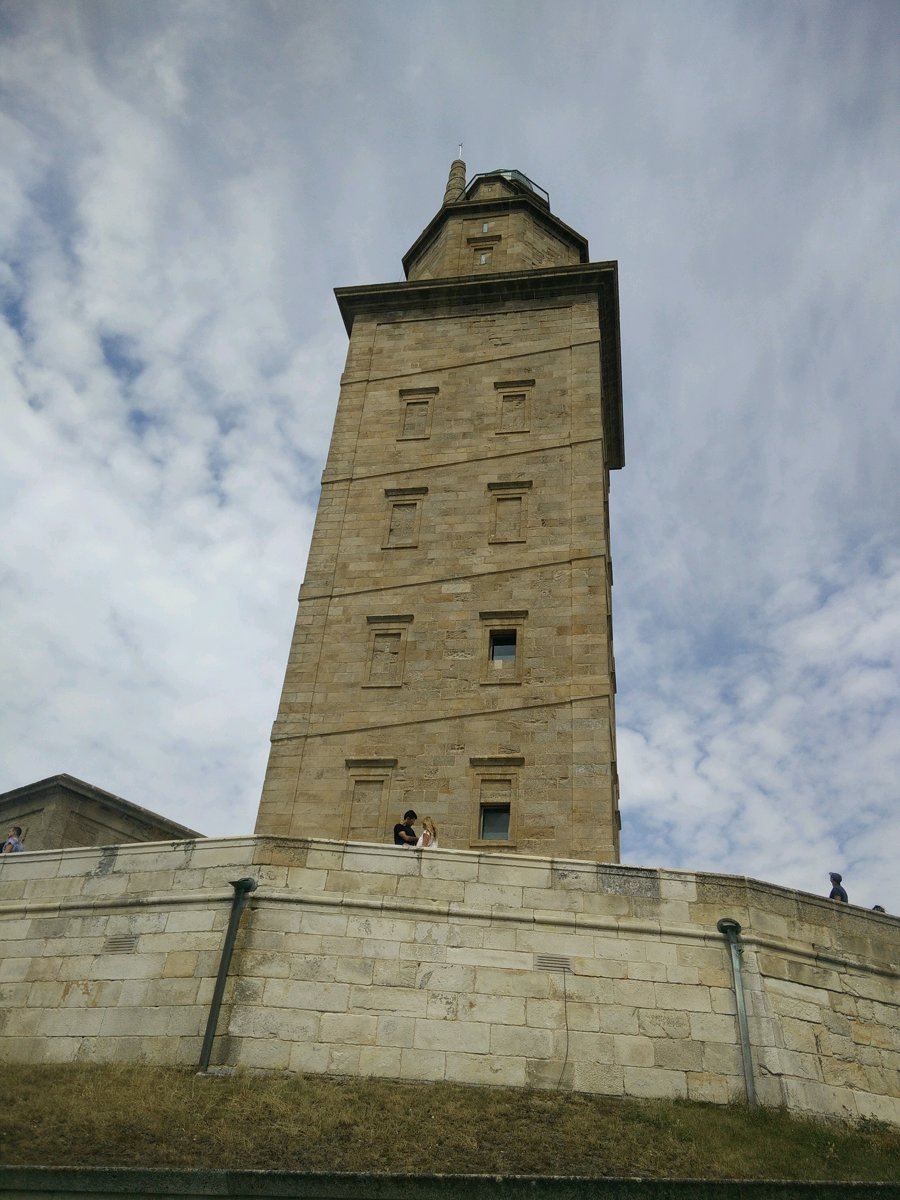 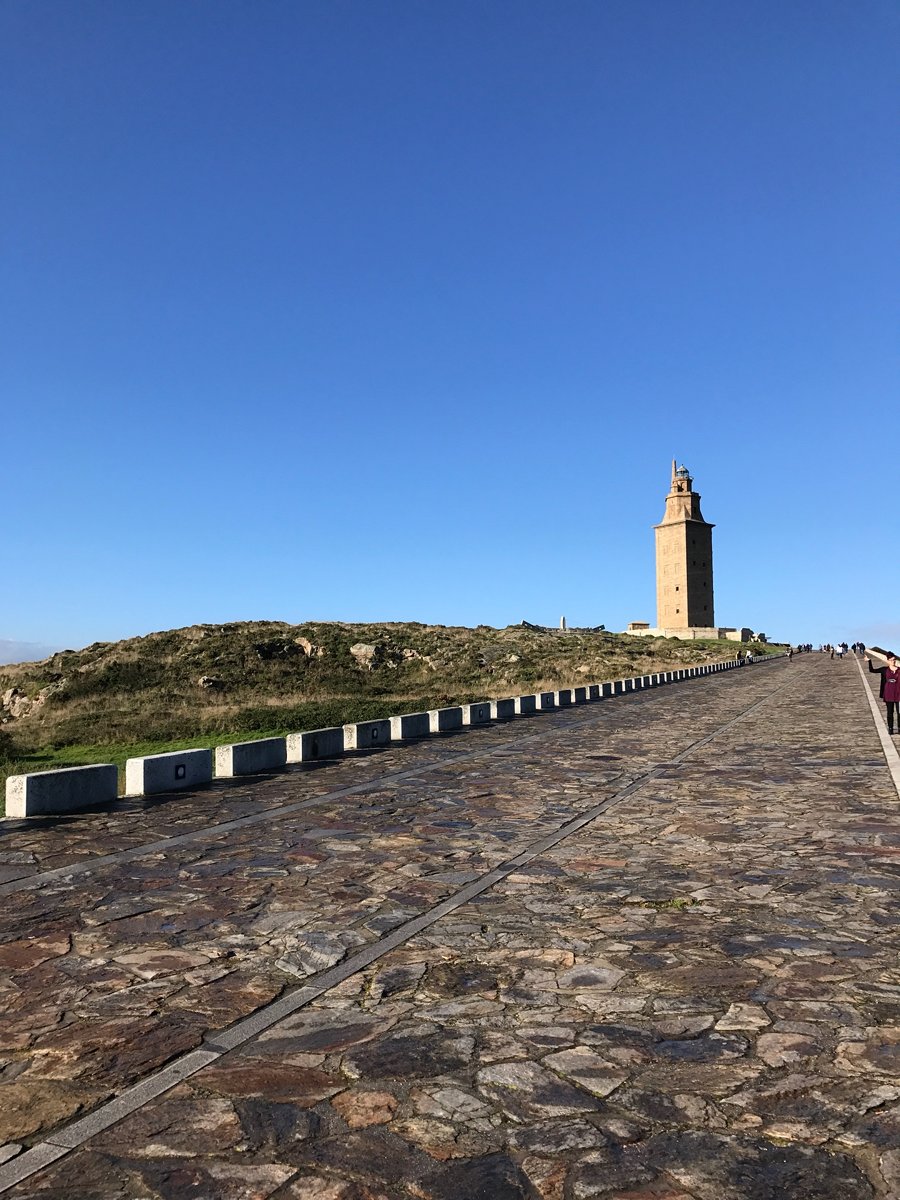 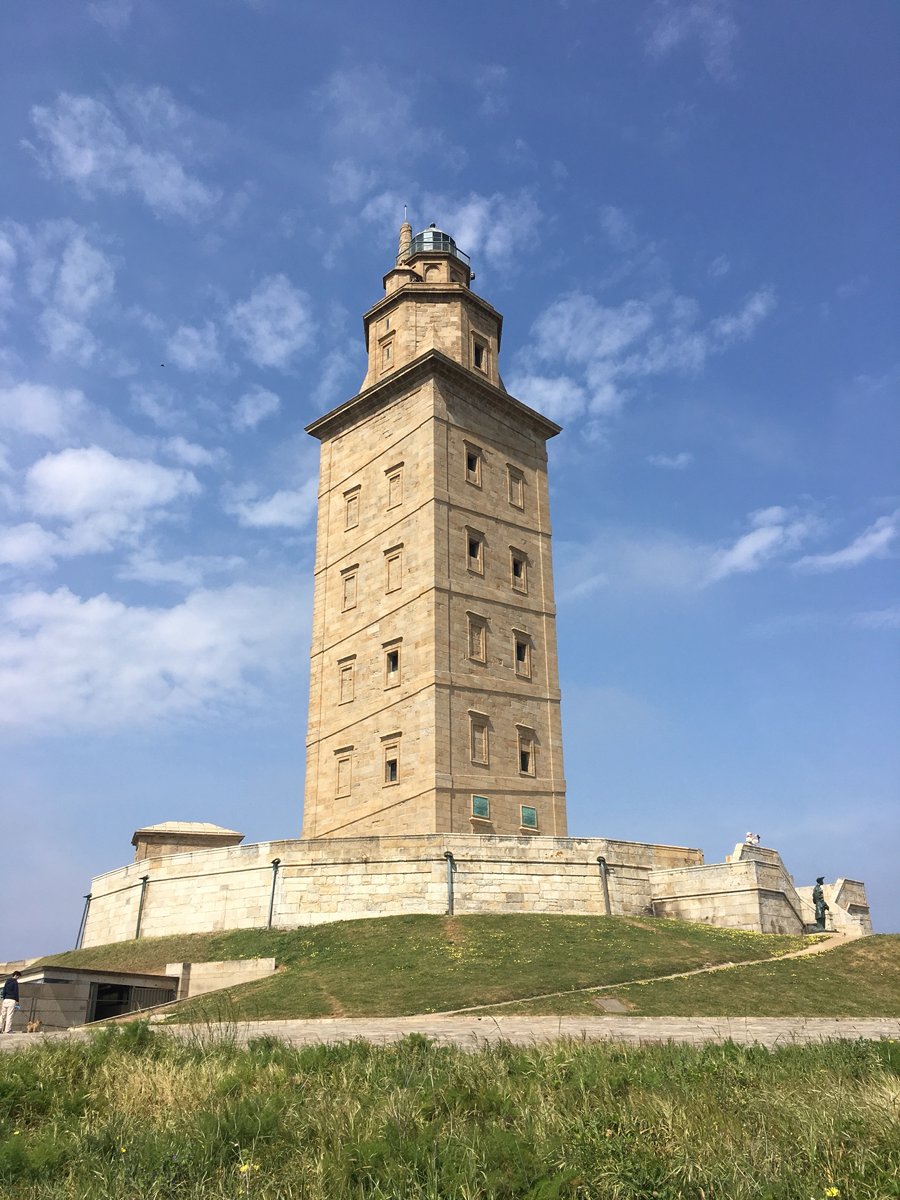 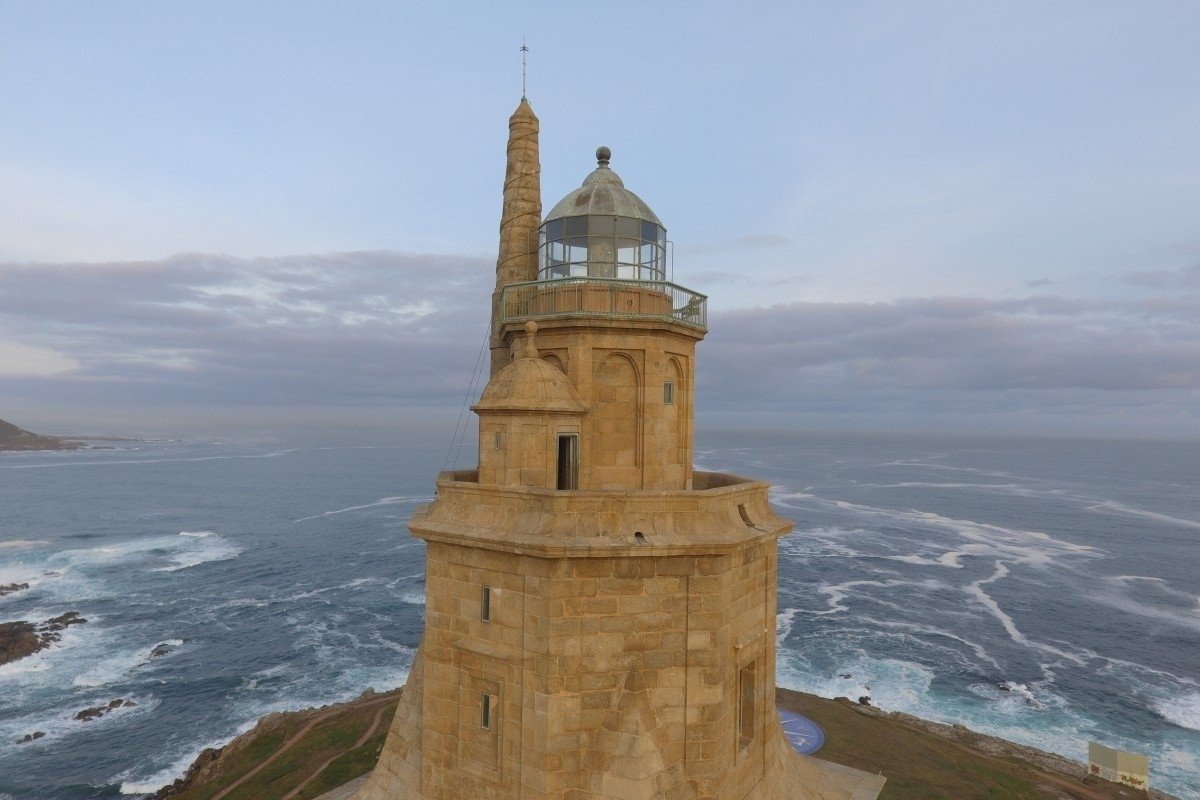 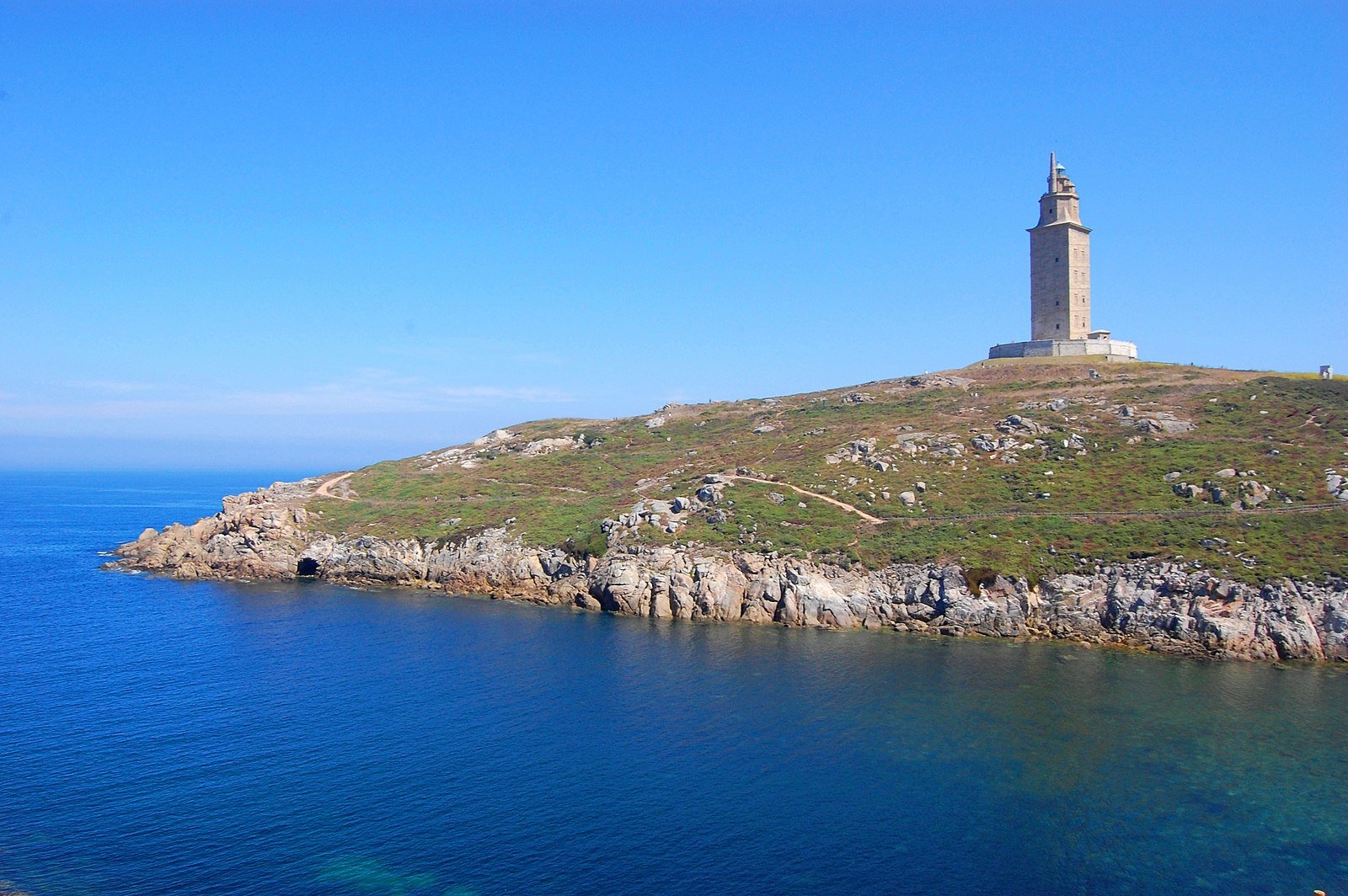 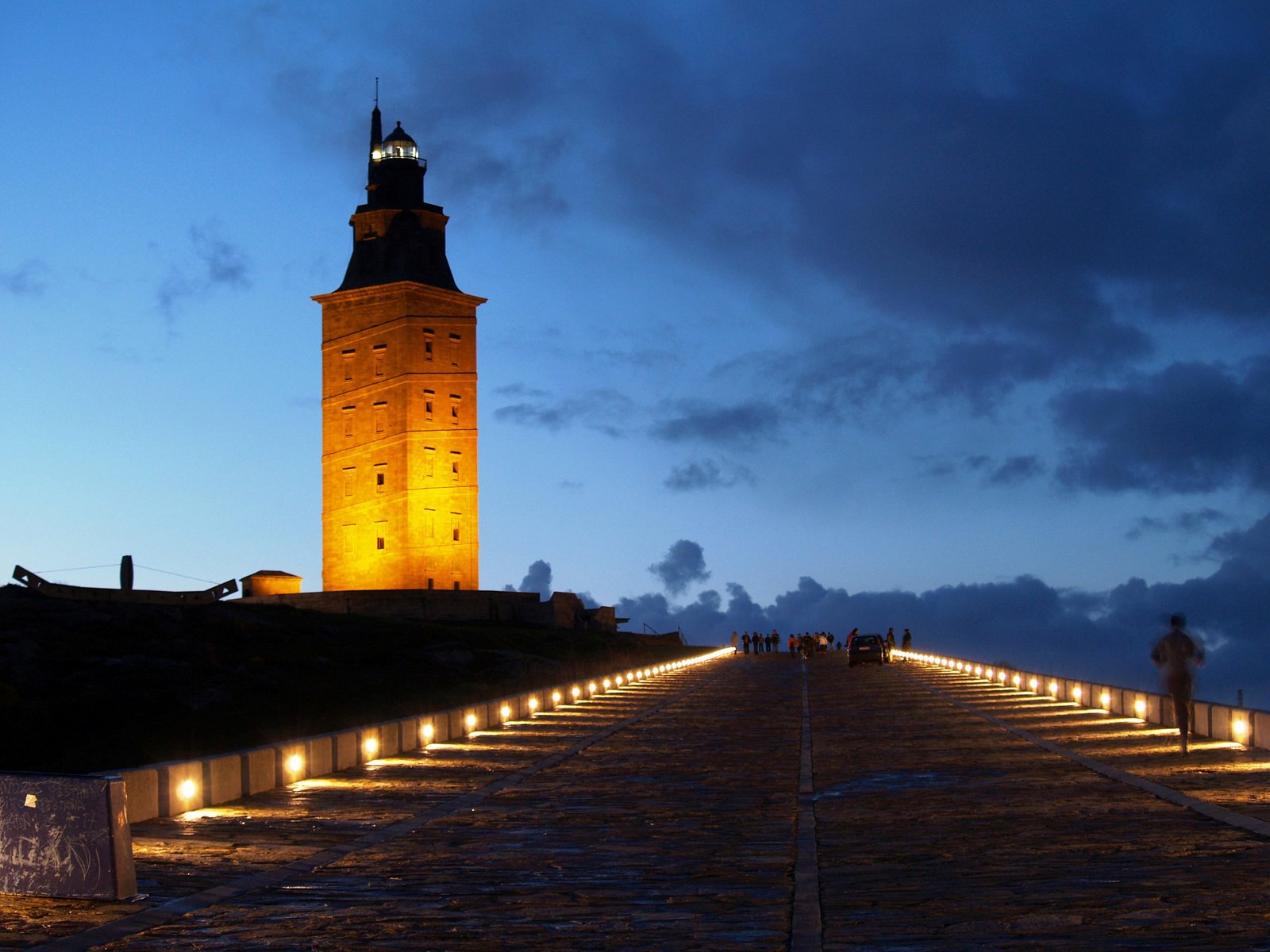 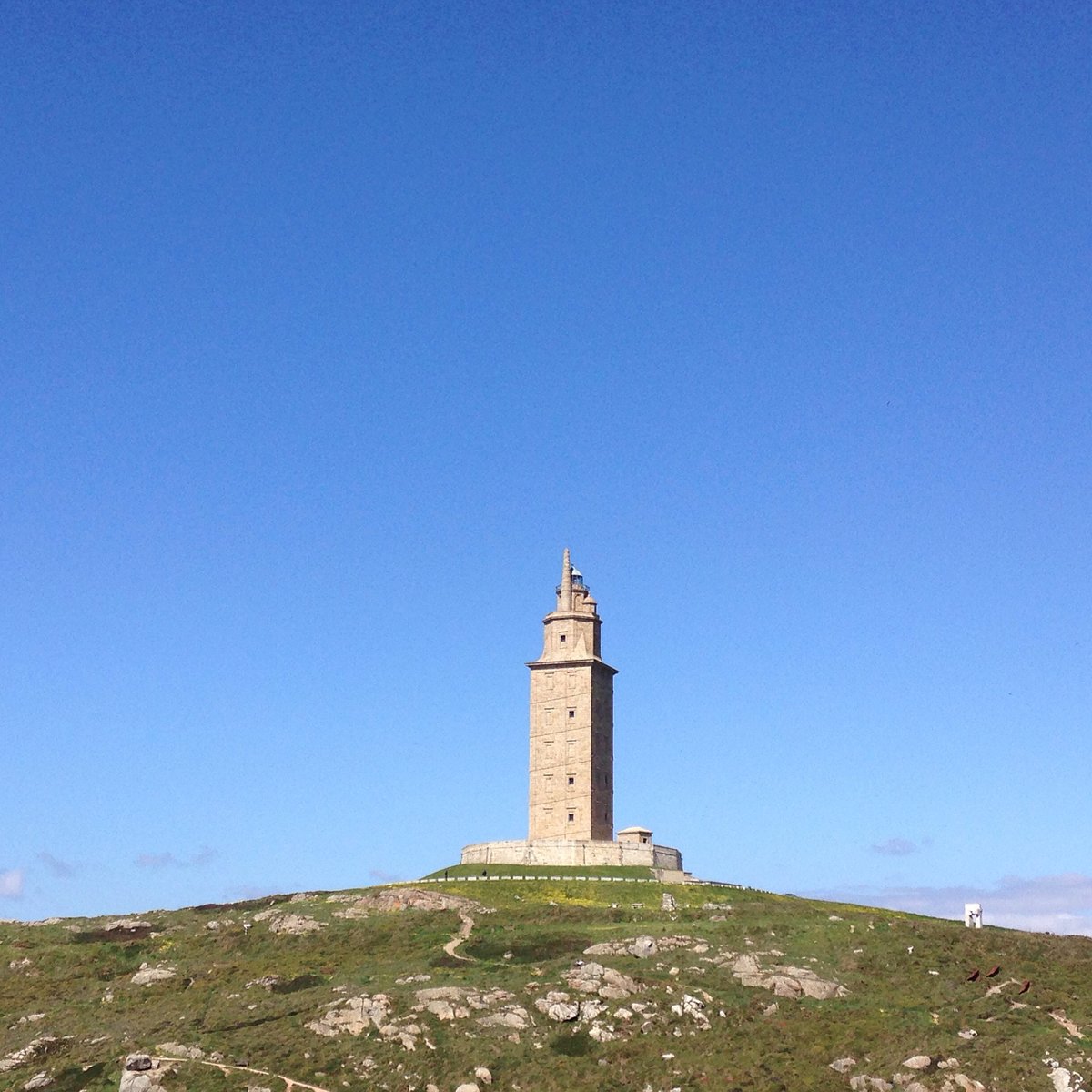 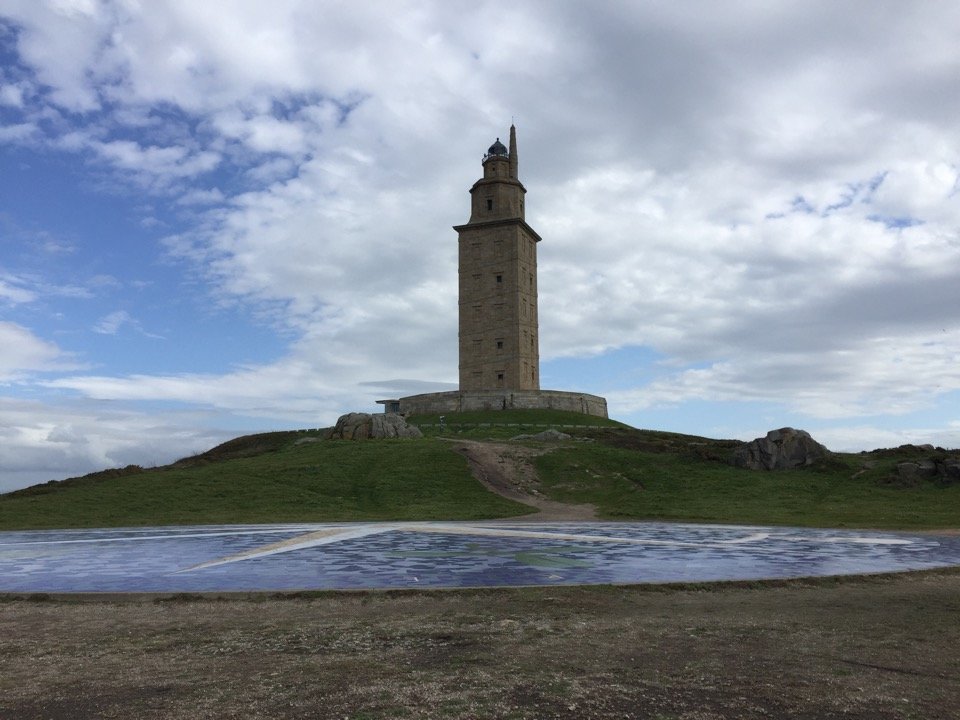