×
What are you looking for?
See all results
National parks in Port-aux-Français 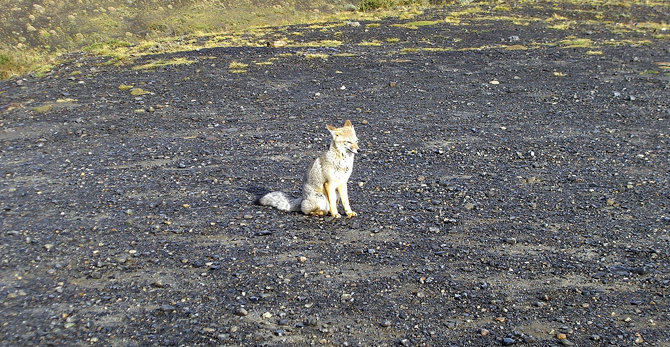 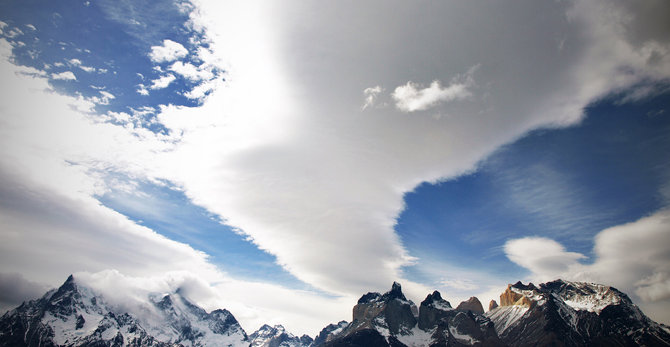 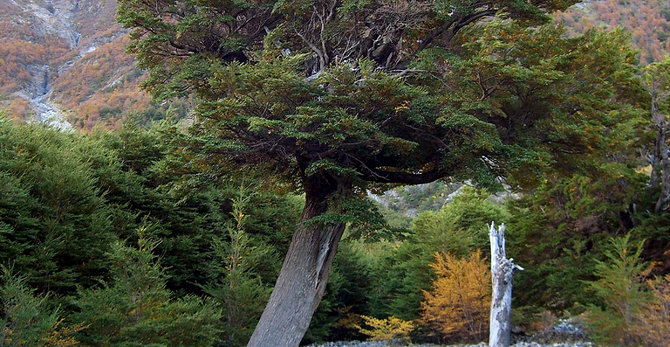 Lady Florence Dixie, in her book published in 1880, gives one of the first descriptions of the area and refers to the three towers as Cleopatra's Needles. She and her party were the first tourists to visit what is nowadays called Torres del Paine National Park.

Gunther Plüschow was the first person to fly over the Paine massif.

The park was established in 1959 as Parque Nacional de Turismo Lago Grey (Grey Lake National Tourism Park) and it was given its present name in 1970. The park was designated a World Biosphere Reserve by UNESCO in 1978.

The landscape of the park is dominated by the Paine massif, which is an eastern spur of the Andes located on the east side of the Grey Glacier, rising dramatically above the Patagonian steppe. Small valleys separate the spectacular granite spires and mountains of the massif. These are: Valle del Francés (French Valley), Valle Bader, Valle Ascencio, and Valle del Silencio (Silence Valley).

The head of French Valley is a cirque formed by impressive cliffs. To west rise abruptly the colossal walls of Cerro Cota 2000 and Cerro Catedral. The former is named for its elevation (the highest contour line is about 2,000 m) and the latter is named so because its east face resembles a cathedral's facade. To the north stands the granite arête called Aleta de Tiburón (Shark's Fin). To the east, from north to south, lie the peaks Fortaleza (Fortress), La Espada (The Sword), La Hoja (The Blade), La Máscara (The Mummer), Cuerno Norte (North Horn), and Cuerno Principal (Main Horn).

Silence Valley is where standing face to face the gigantic granite walls of Cerro Fortaleza and Cerro Escudo (Shield Hill) with the western faces of the Torres del Paine. Ascencio Valley is the normal route to reach the Torres del Paine lookout, which is located at the bank of a milky green tarn. The highest mountain of the group is Paine Grande, although its elevation has not been determined with precision.

Southern Patagonian Ice Field mantles a great portion of the park. Glaciers include the Dickson, the Grey, and the Tyndall.

Among the lakes are the Dickson Lake, Nordenskjöld Lake, Pehoe Lake, Grey Lake, Sarmiento Lake, and Del Toro Lake. Only a portion of the latter is within the borders of the park. All are vividly colored, most due to rock flour suspended in their waters. The main river flowing through the park is Paine River. Most of the rivers and lakes of the park drain into Última Esperanza Sound via Serrano River.

Much of the geology of the Paine Massif area consists of Cretaceous sedimentary rocks that have been intruded by a Miocene-aged laccolith. Orogenic and erosional processes have shaped the present-day topography, glacial erosion being the main one responsible for the sculpturing of the massif in the last tens of thousands of years. A good example of the latter are the Cuernos del Paine, whose central bands of exposed granite strongly contrast with the dark aspect of their tops, which are remnants of a heavily eroded sedimentary stratum. In the case of Las Torres, what once was their overlying sedimentary rock layer has been completely eroded away, leaving behind the more resistant granite.

Torres del Paine National Park is adorned with beautiful vegetation. Among them are the evergreen Embothrium coccineum, which produces vivid red flowers grouped in corymbs and the Calceolaria uniflora, of striking shape and colors. The park has 7 documented species of Orchidaceae, including the Chloraea magellanica.

In the park have been recorded 85 non-native plant species, of which 75 are of European origin and 31 are considered to be invasive.

The vegetation of this zone is dominated by Fescue species (mainly Festuca gracillima), which are resistant to harsh winds and weather conditions that are typical of the Patagonian region.

Some of the dominant plant species of this biotic zone are the Mulinum spinosum (a cushion plant) and Escallonia rubra, which are frequently associated with other species, including Anathrophyllun desideratum and Berberis buxifolia. heeey

The Magellanic deciduous forest is home to various species of trees such as the Nothofagus pumilio and Nothofagus antarctica.

]] male near Pehoe Lake campsite]] Guanacos are one of the most common mammals found in the park. Other mammals include Cougars and Foxes. It is also home to the endangered Chilean Huemul.

The national park (598.593,02 acres) is a popular hiking destination in Chile. There are clearly marked paths and many refugios which provide shelter and basic services. Views are breathtaking. Hikers can opt for a day trip to see the towers, walk the popular "W" route in about five days, or trek the full circle in 8–9 days. It is a national park and thus hikers are not allowed to stray from the paths. Camping is only allowed at specified campsites and wood fires are prohibited throughout the park.

Visiting the park is recommended between late december and late february, during the southern summer. Not only is the weather more hospitable, but daylight hours are very long given the extreme southern latitude. Outside of this time frame, the weather becomes too extreme for the majority of the public, and daylight dwindles to only a few hours a day. In 2005, a careless Czech back-packer used a gasoline stove in windy weather and caused a large fire that destroyed 160 km² of the park. Replanting, with assistance from the Czech Republic, was set to begin in September 2005. Due to their feelings of accountablity for the blaze, the Czech Republic is concerned on restoration works of the affected area.

Lake Argentino (in Spanish, Lago Argentino) is a freshwater lake

Parque Nacional Los Glaciares (Spanish: The Glaciers) is a national

Sequoia National Park is a national park in the southern Sierra 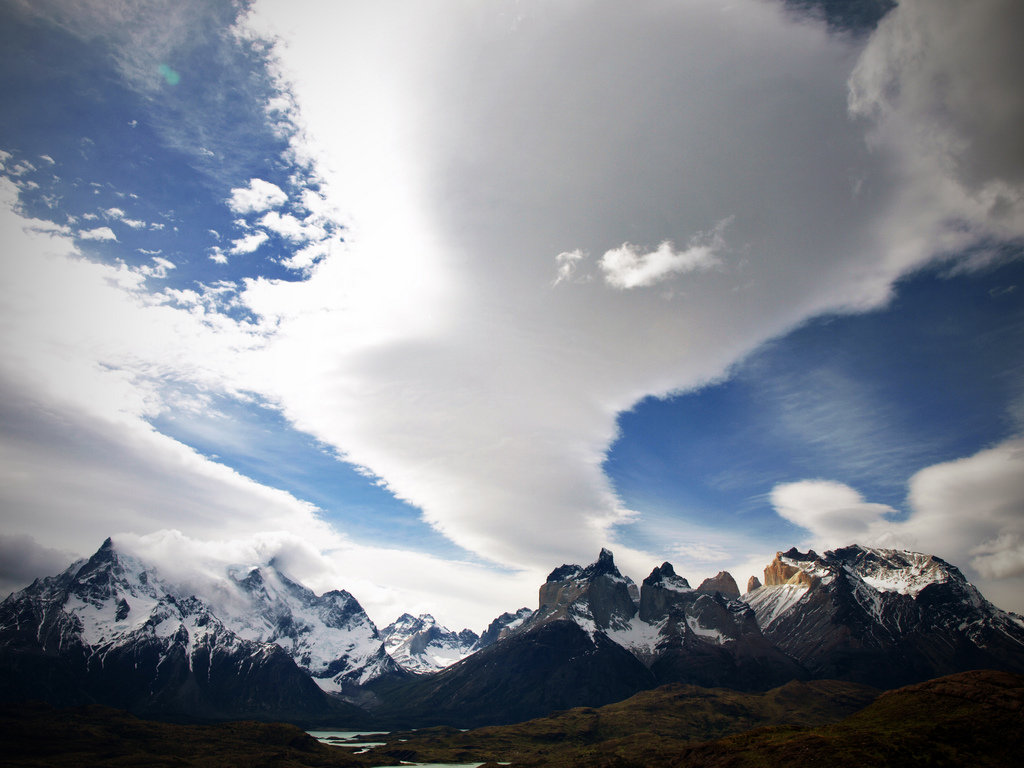 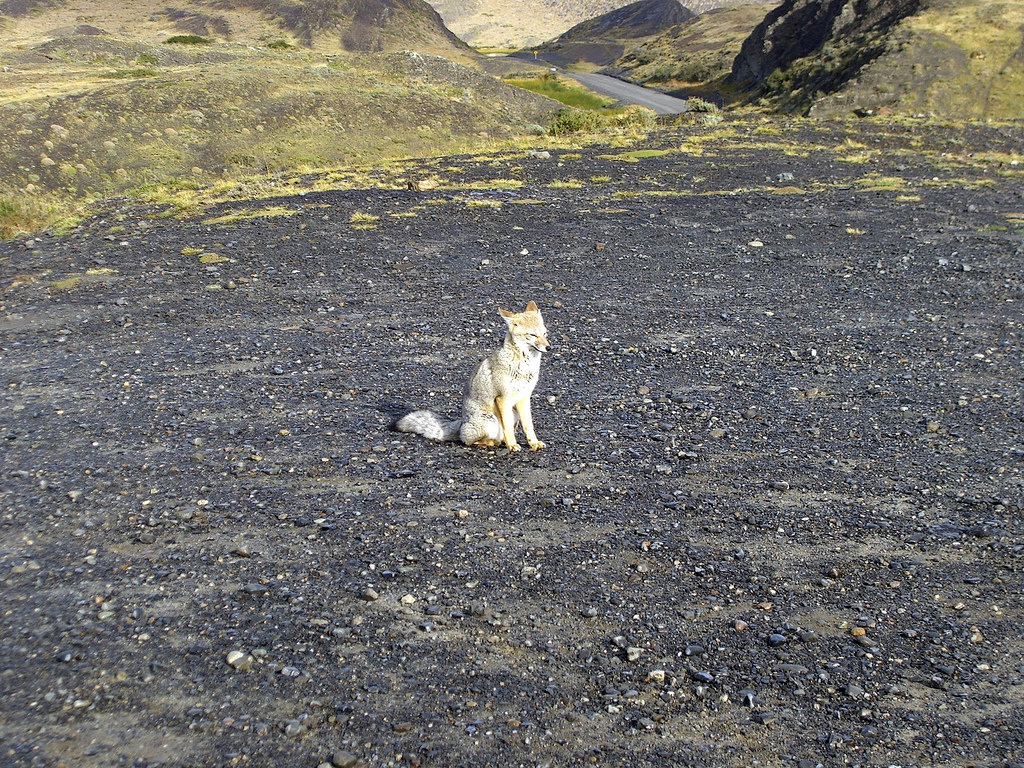 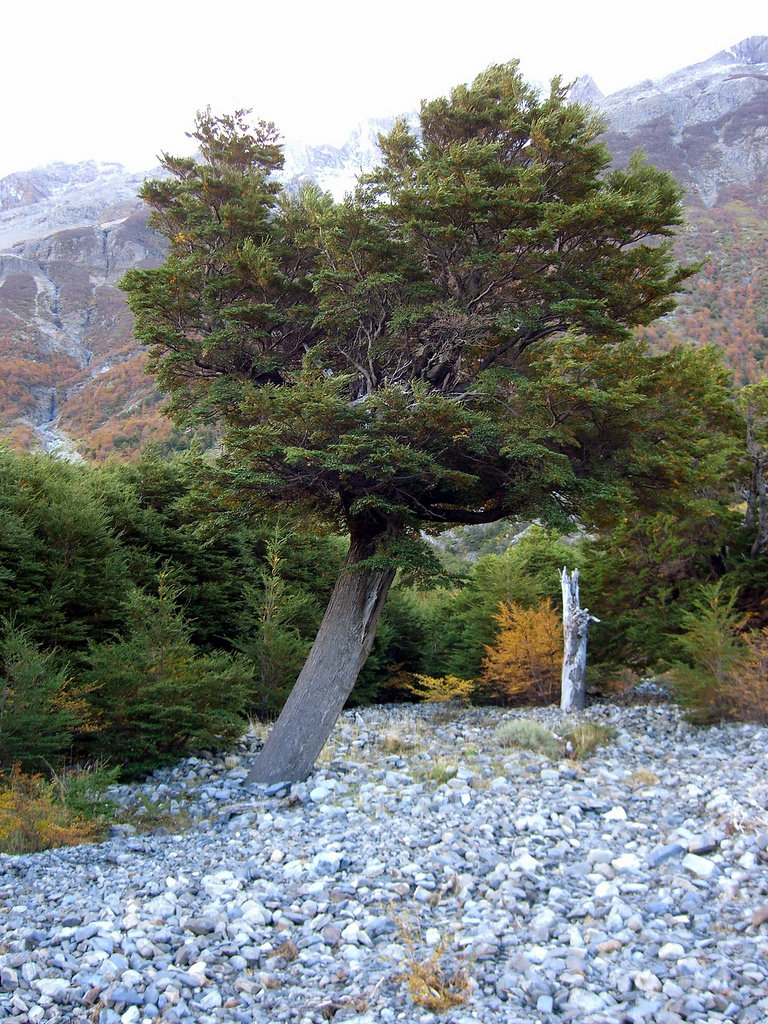 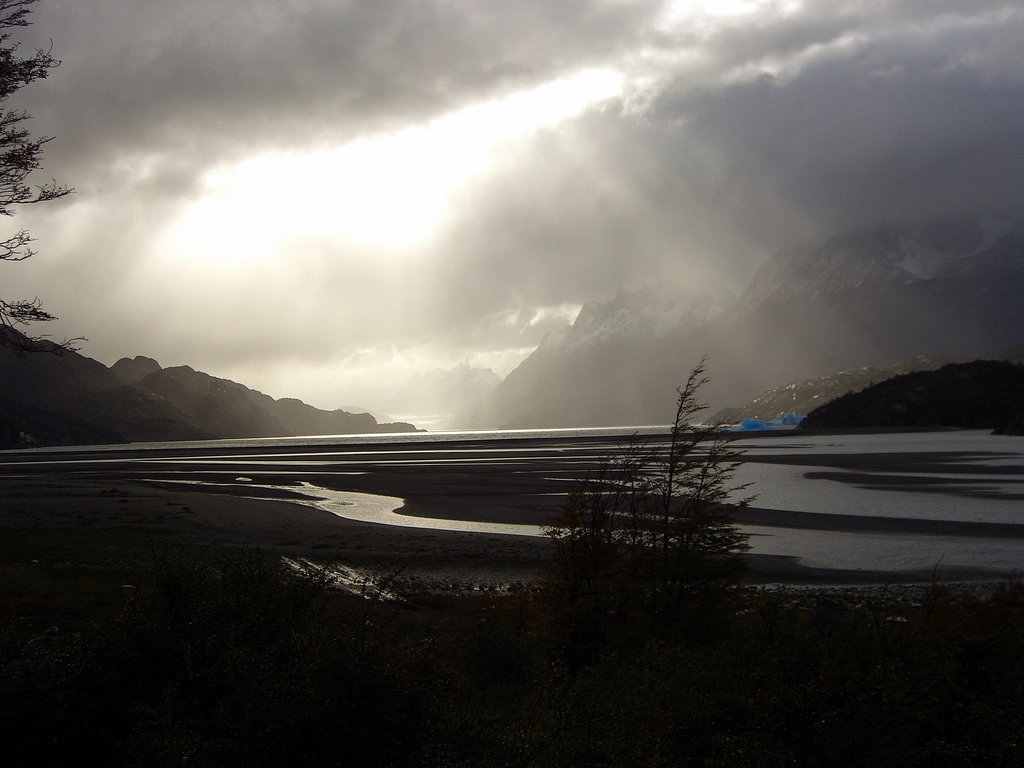 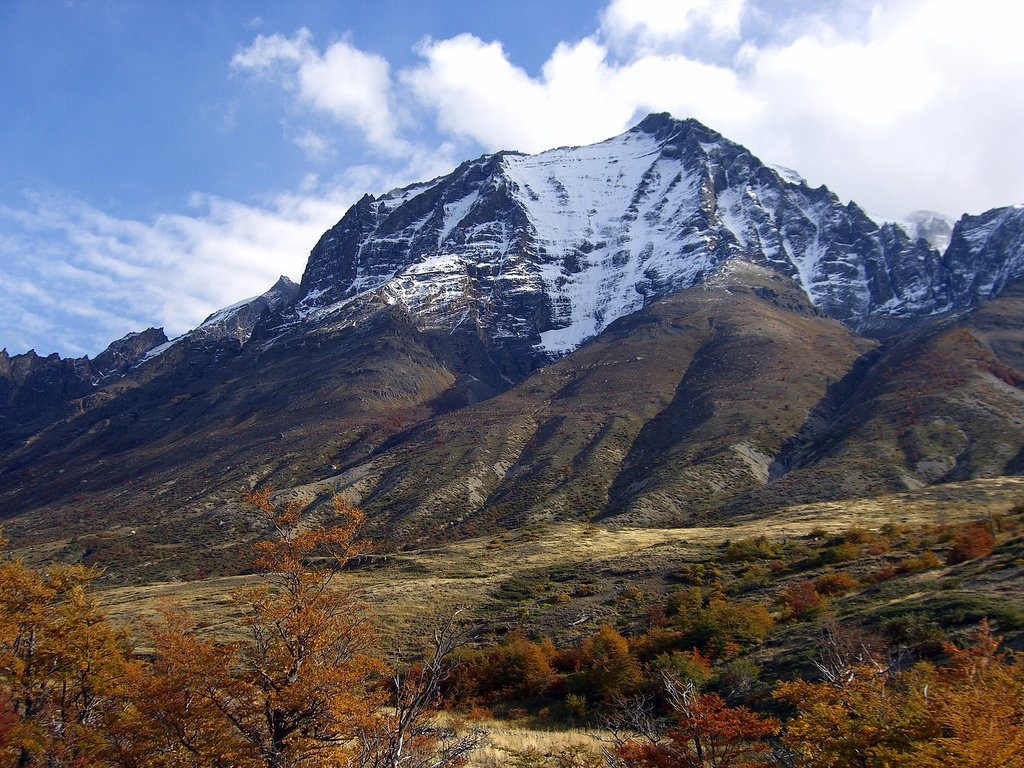 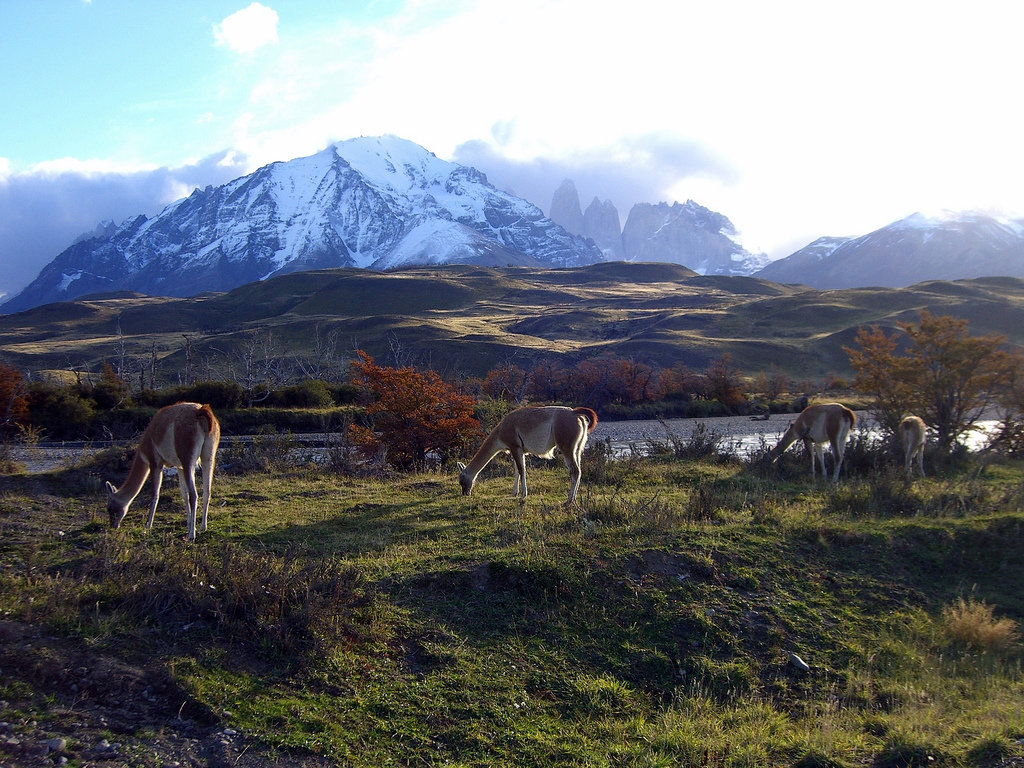 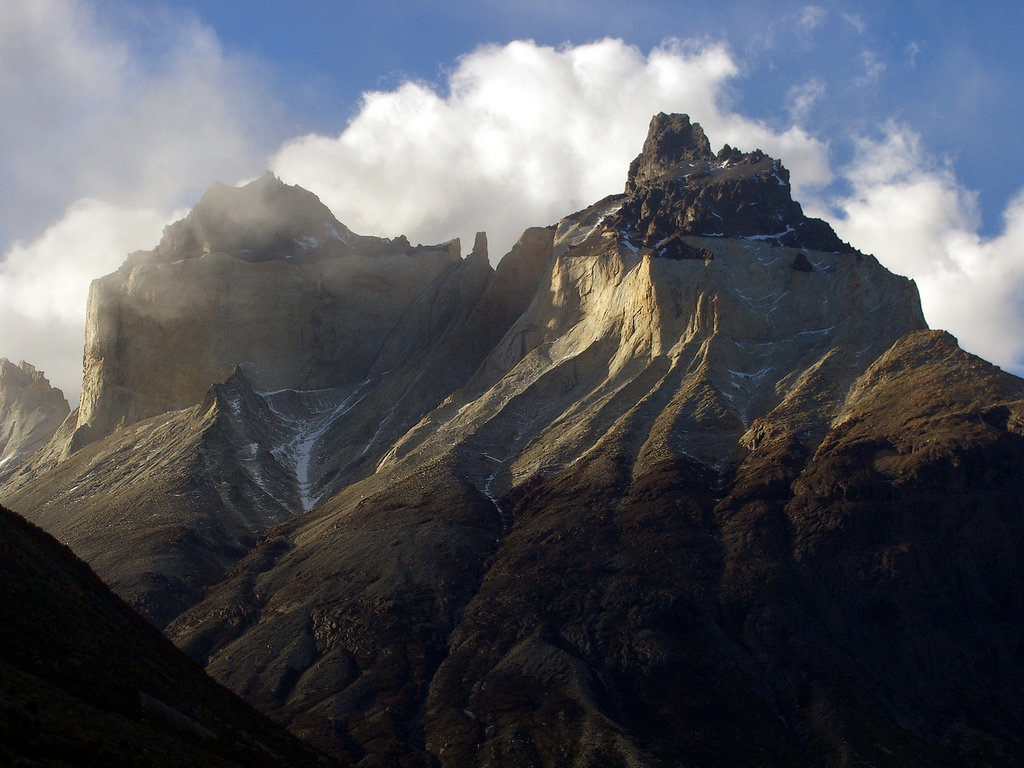 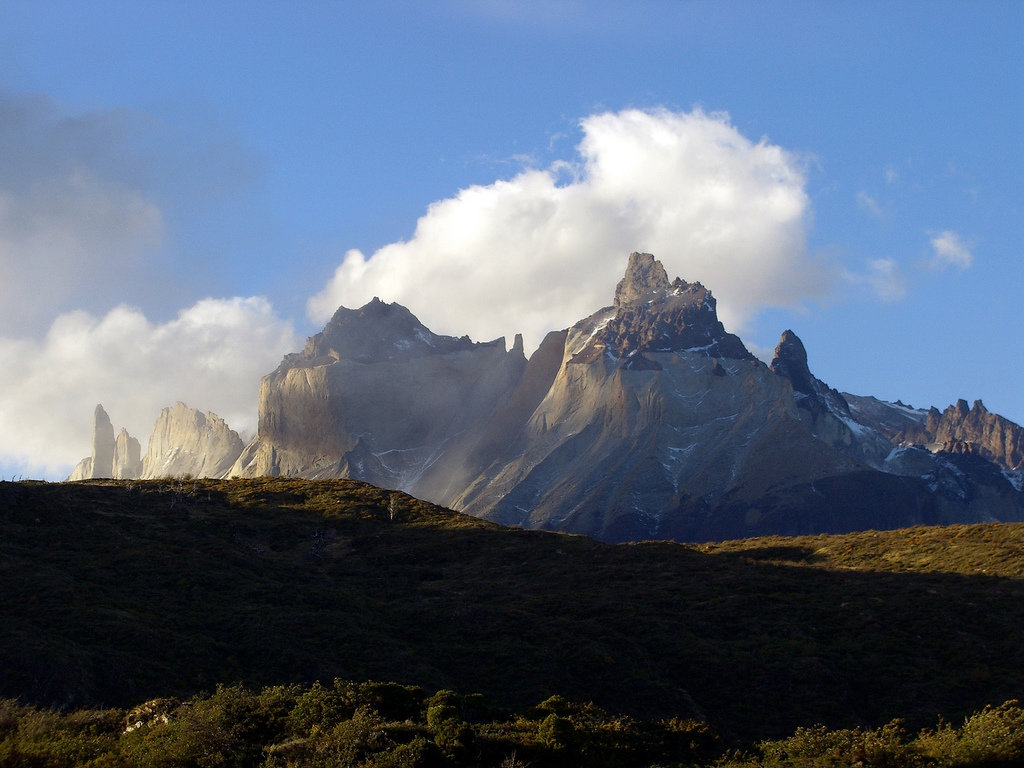 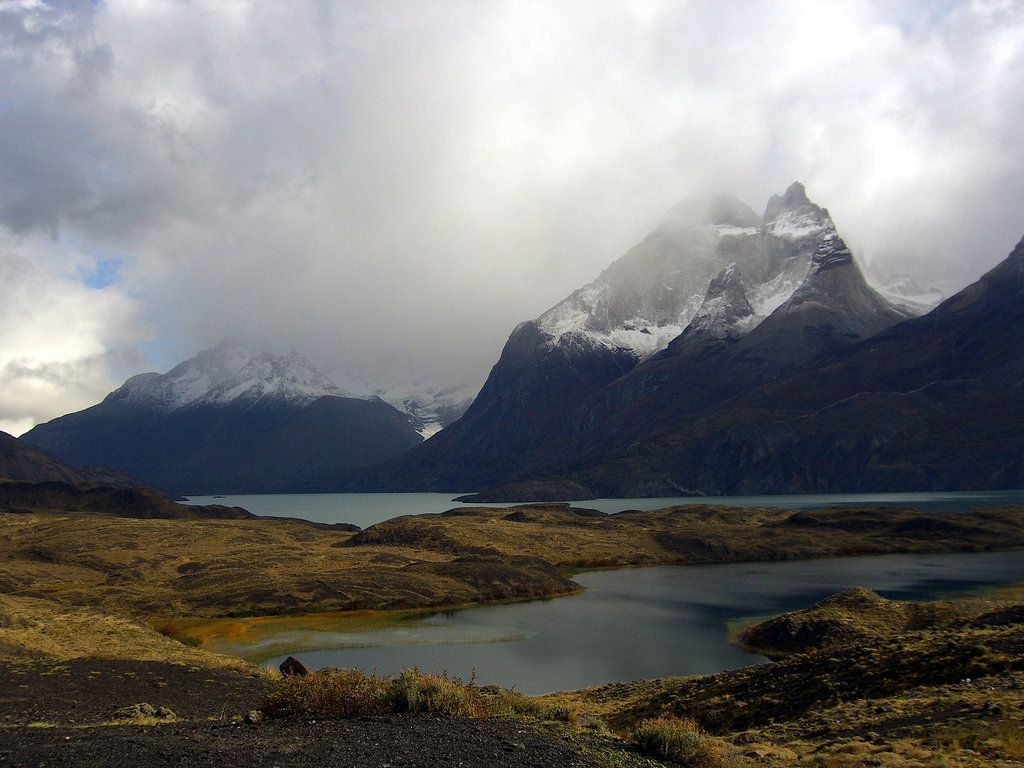 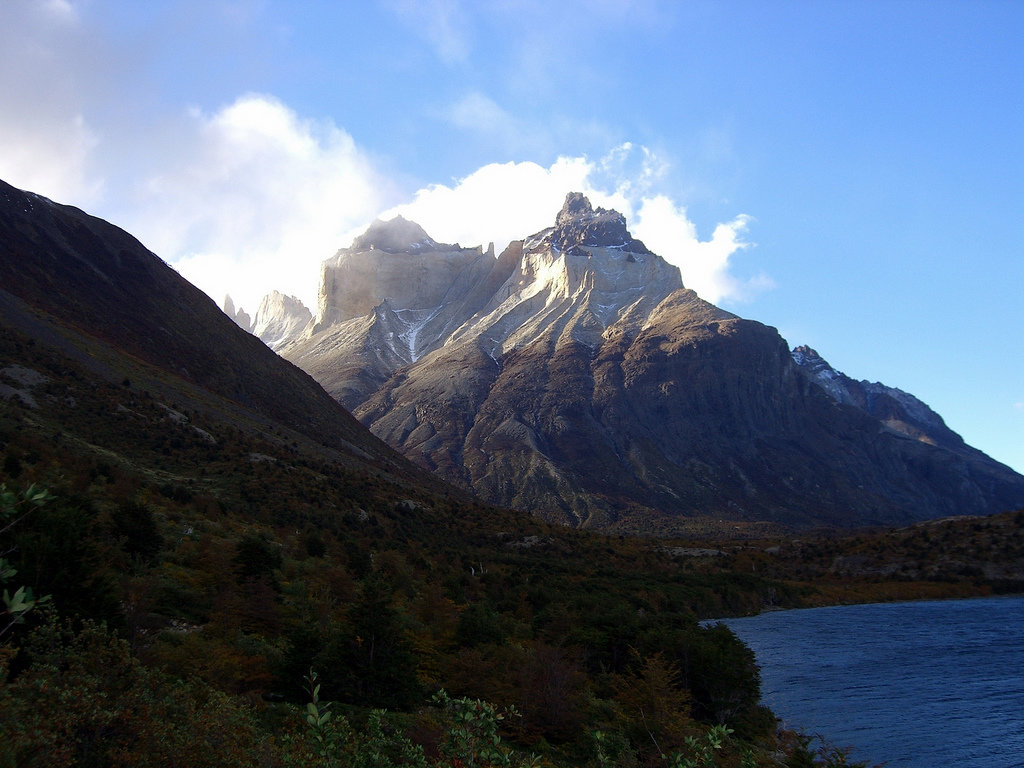 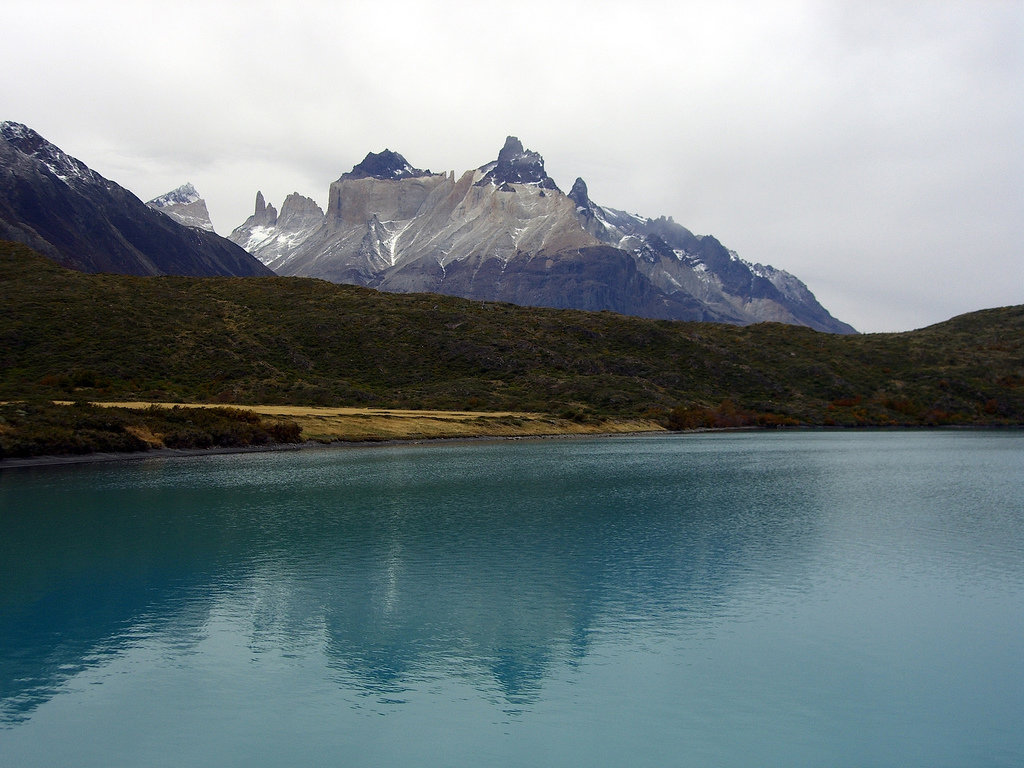 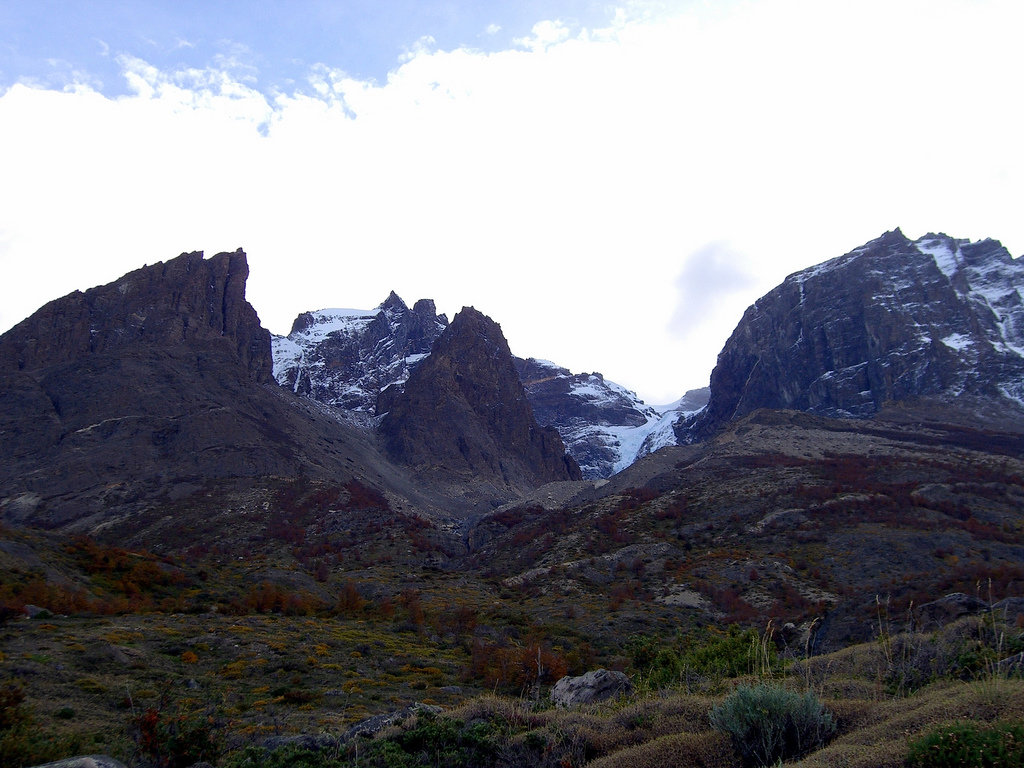 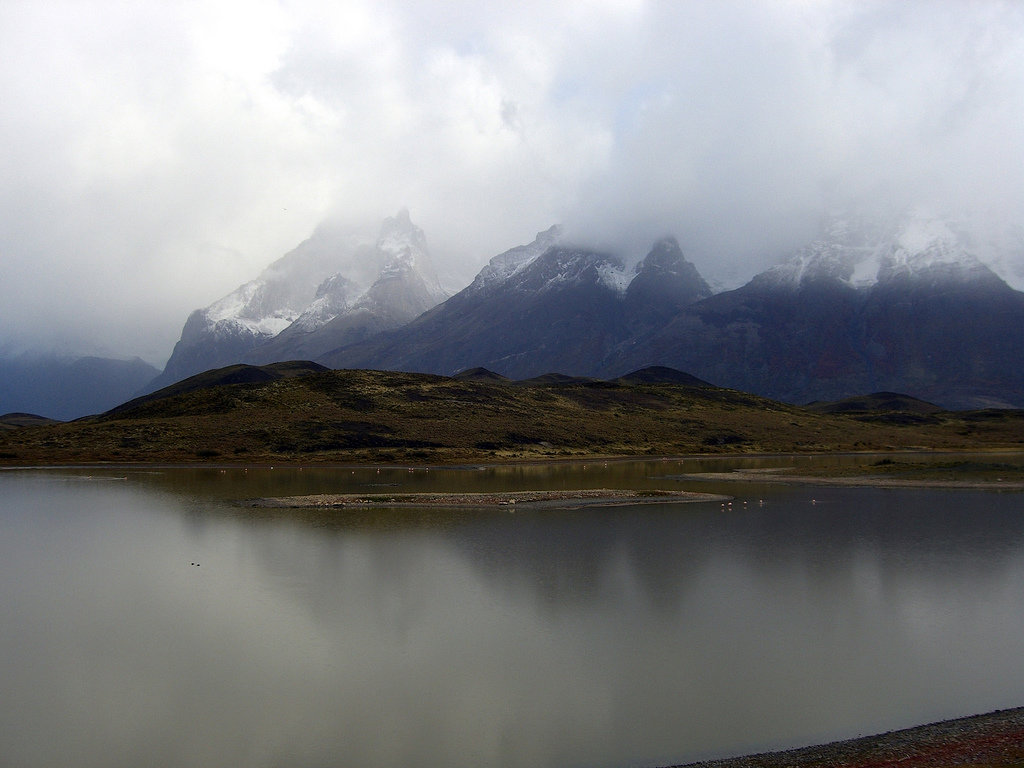