Tomb of Akbar the Great 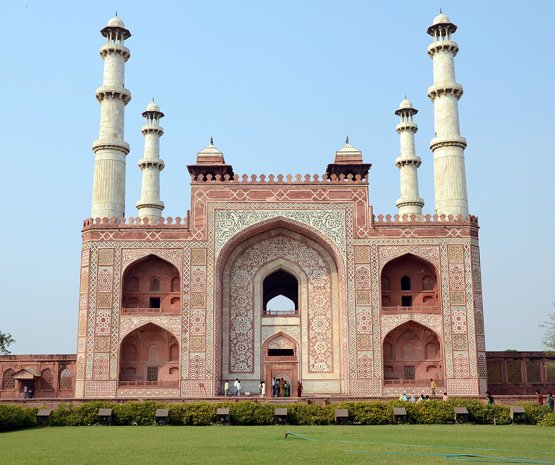 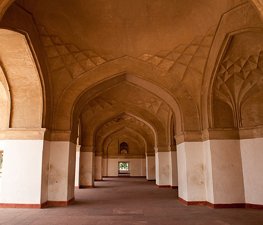 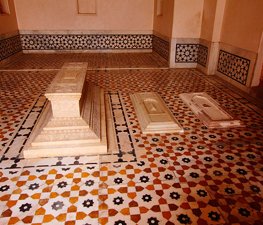 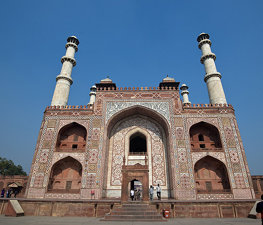 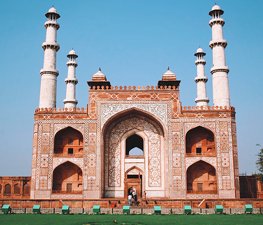 The Tomb of Akbar the Great is an important Mughal architectural masterpiece, built 1605-1613, set in 48 Ha (119 acres) of grounds in Sikandra, a suburb of Agra, Uttar Pradesh, India.

The third Mughal Emperor Akbar the Great (1542 – 1605), himself commenced its construction in around 1600, according to Tartary tradition to commence the construction of one's tomb during one's lifetime. Akbar himself planned his own tomb and selected a suitable site for it, after his death, Akbar's son Jahangir completed the construction in 1605-1613.

It is located at Sikandra, in the suburbs of Agra, on the Mathura road (NH2), 8 km WNW of the city center.About 1 km away from the tomb, lies Mariam's Tomb, the tomb of Mariam-uz-Zamani, wife of the Mughal Emperor Akbar and the mother of Jahangir.

The grounds are a precise 690 m square, aligned with the points of the compass, surrounded by walls, and laid out as a classic charbagh garden style. A gatehouse stands at the center of each wall, and broad paved avenues, laid out in Mughal style with central running water channels representing the four rivers of Paradise, lead from these to the tomb at the center of the square.

The south gate is the largest, with four white marble chhatri-topped minarets which are similar to (and pre-date) those of the Taj Mahal, and is the normal point of entry to the tomb. The tomb itself is surrounded by a walled enclosure 105 m square. The tomb building is a four-tiered pyramid, surmounted by a marble pavilion containing the false tomb. The true tomb, as in other mausoleums, is in the basement.

The buildings are constructed mainly from a deep red sandstone, enriched with features in white marble. Decorated inlaid panels of these materials and a black slate adorn the tomb and the main gatehouse. Panel designs are geometric, floral and calligraphic, and prefigure the more complex and subtle designs later incorporated in Itmad-ud-Daulah's Tomb.

Susy L. 廖淑慧
Very beautiful and magnificent building.So impressed how they designed the building, like the design that can make our prayer could be heard from one pillar to all of the pillar..

Vasisht Srinivasan
Go to the very right most area & stand in the center diamond & clap. You'll hear the sound but no one else will. Go to the corner pillars and whisper. The person across from you will hear what you say

Ekaterina Moroshilova
Believe me, the best place in Agra. Pure energy, good vibrations, not so much people as in Taj. The entrance is about 110 Rs.

Divyansh Adwani
Nice and calm place to hang out with friends. Is more fun when visited early in the mornings!!

Wotabout City Discovery App
The construction of the mausoleum is said to have commenced during Emperor Akbar's lifetime in 1604 but concluded during his son Jehangir's reign (1612-1614).

Tomb of Akbar the Great on Foursquare

See all hotels See all
OYO 4291 Hotel The KS Royal

Jachcha Ki Baori is the largest stepwell, near Prahalad Kund at

Barakhamba, also known as Barakhamba Monument, is a fourteenth century 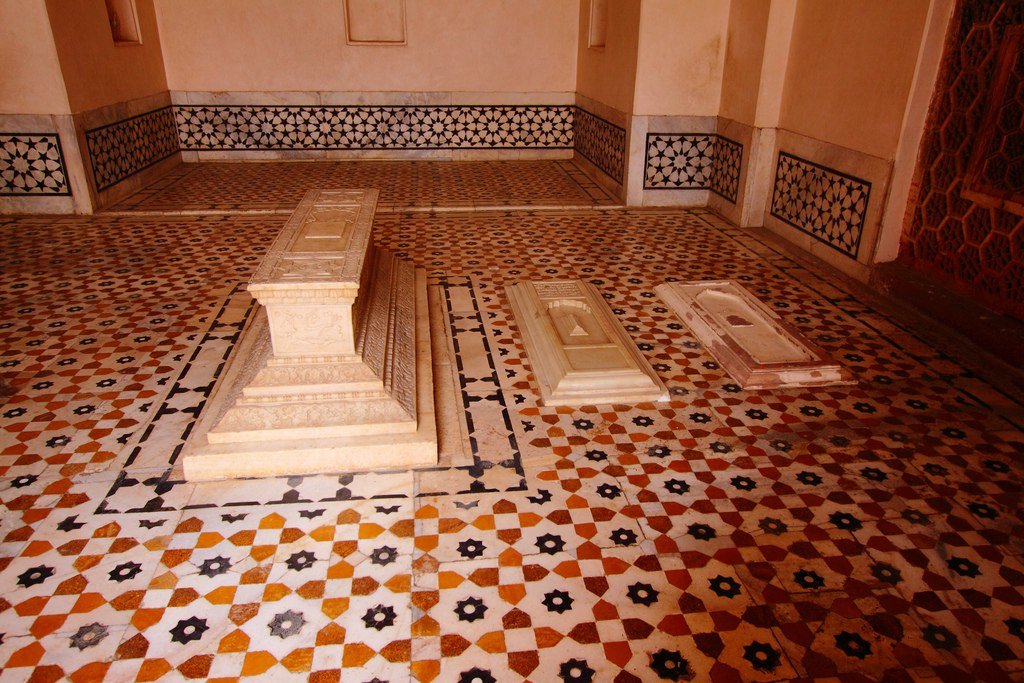 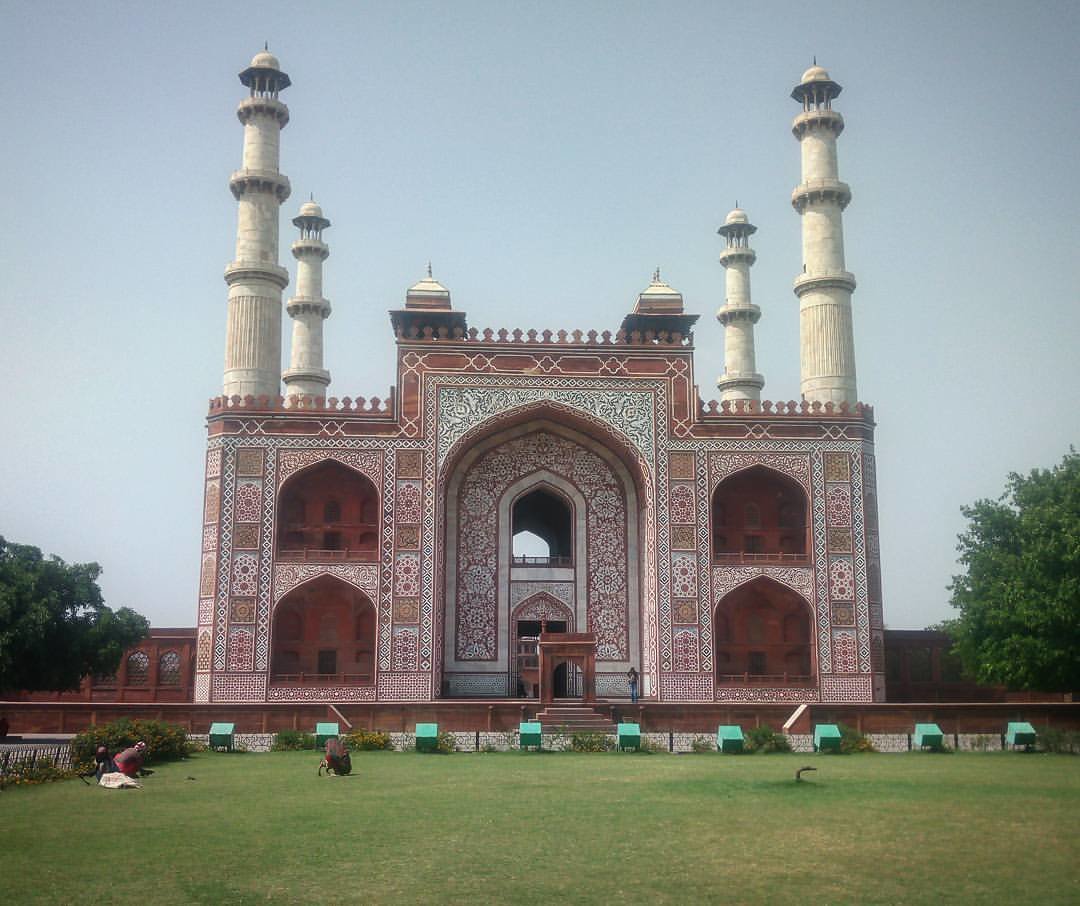 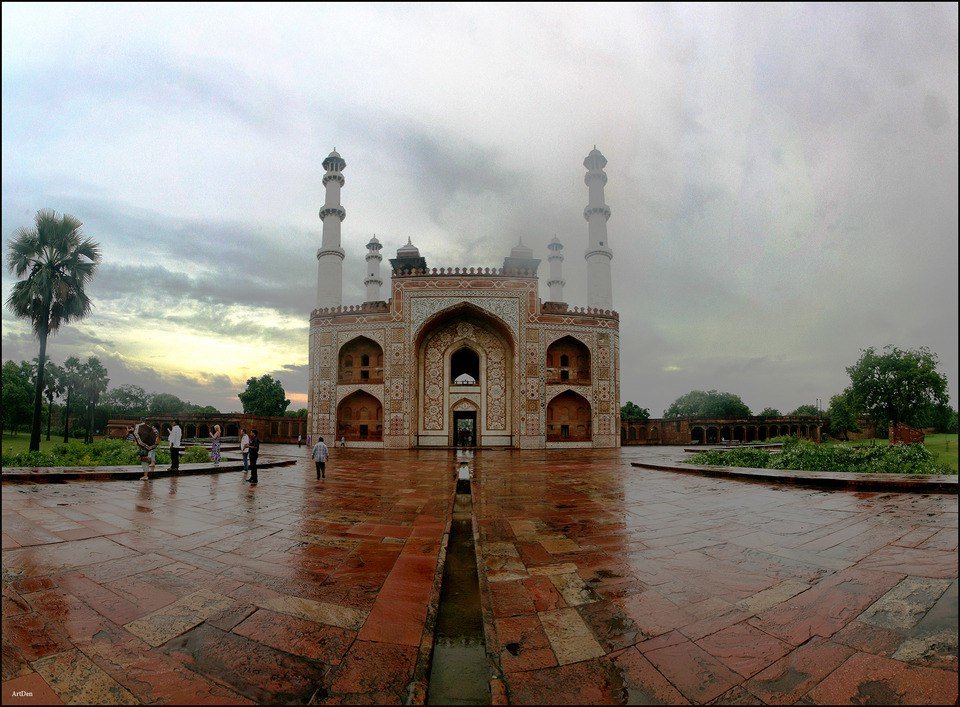 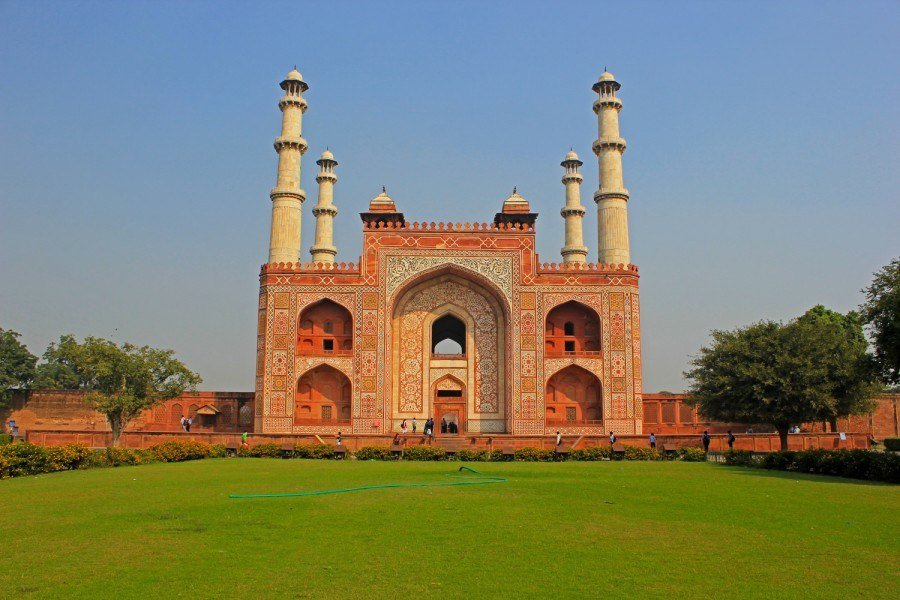 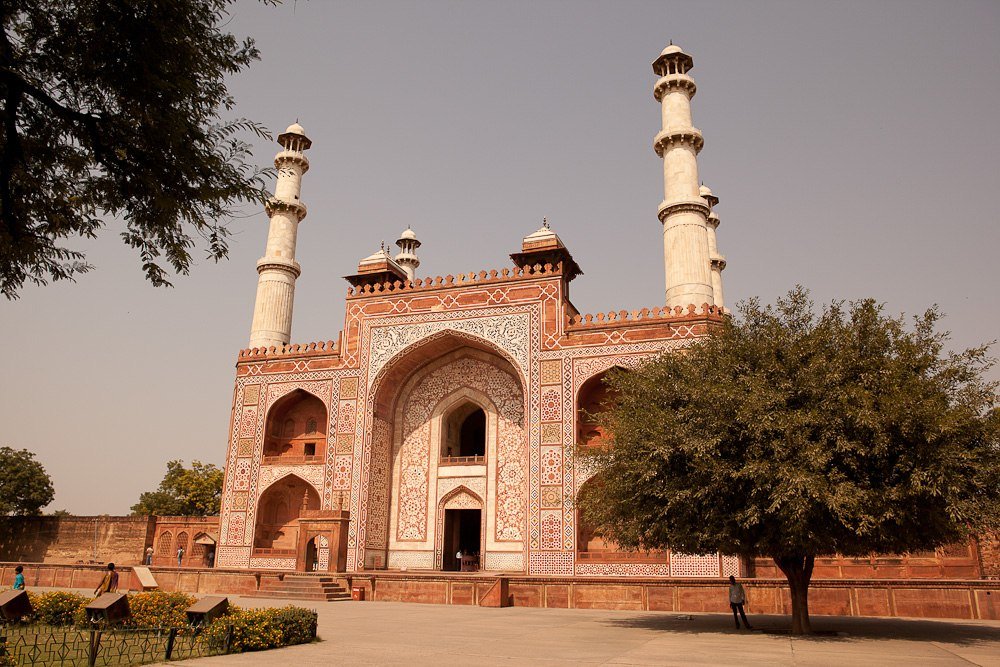 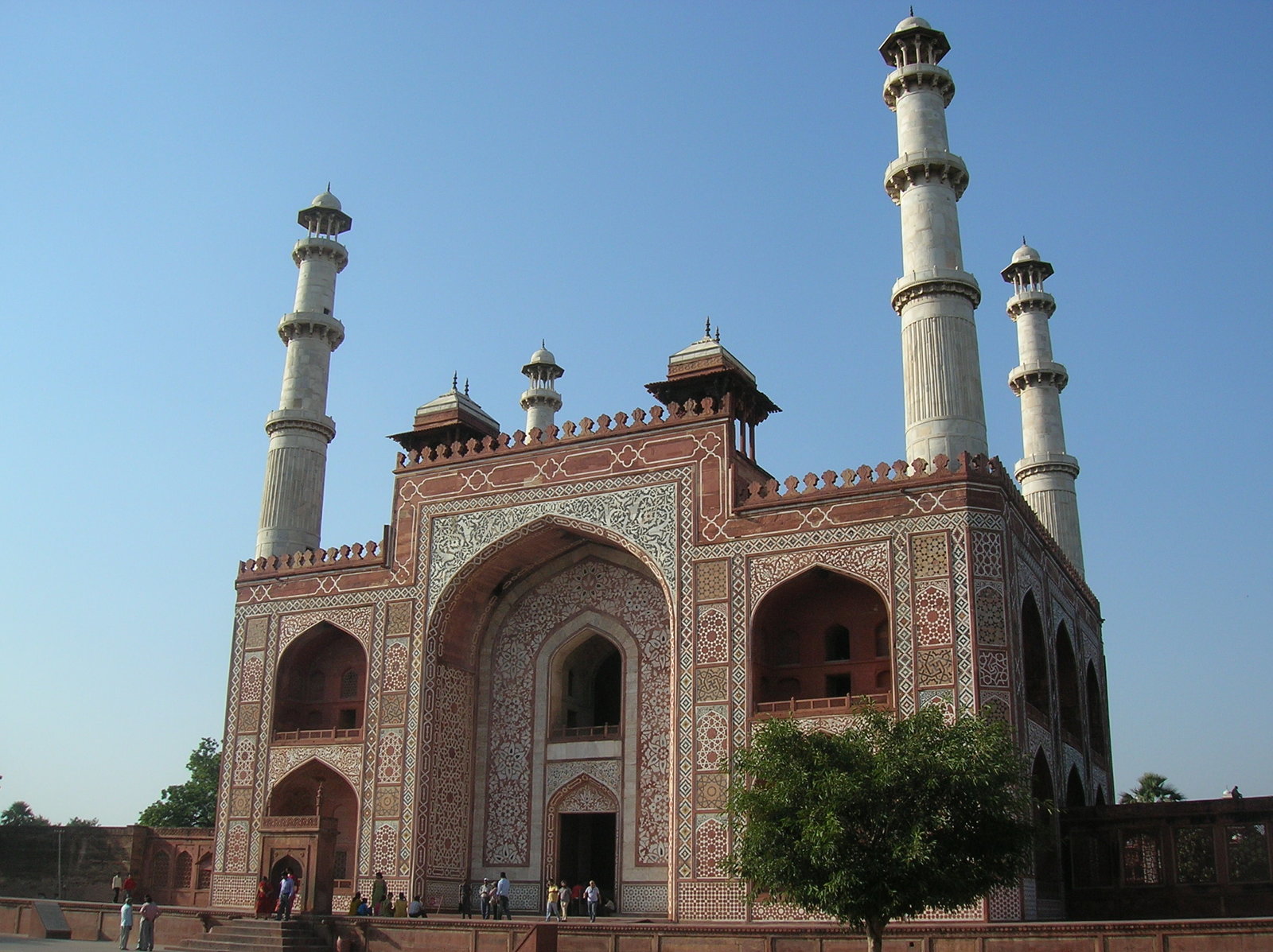 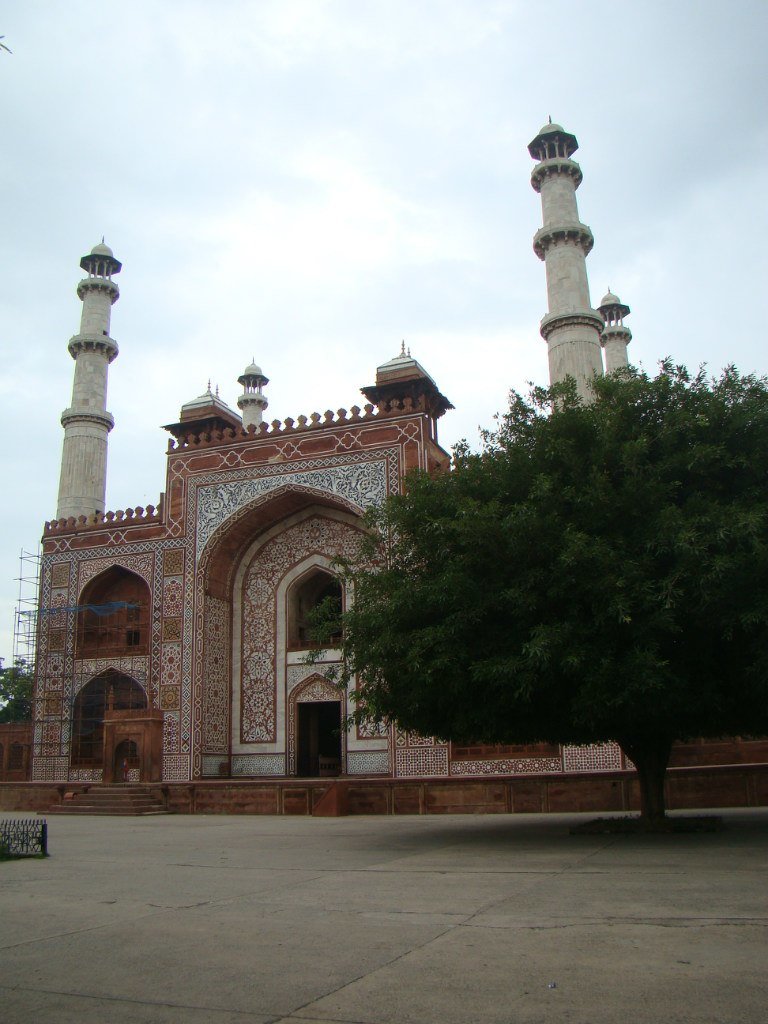 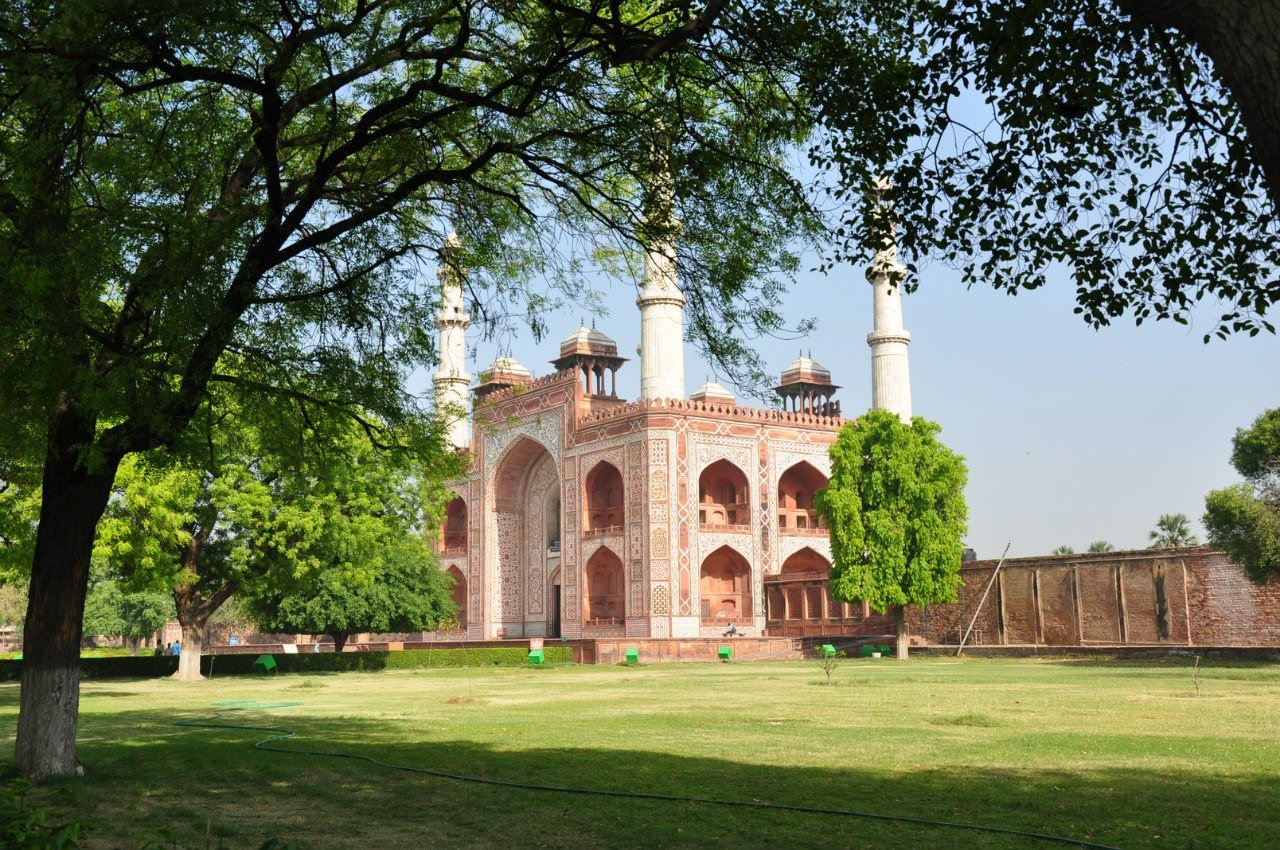 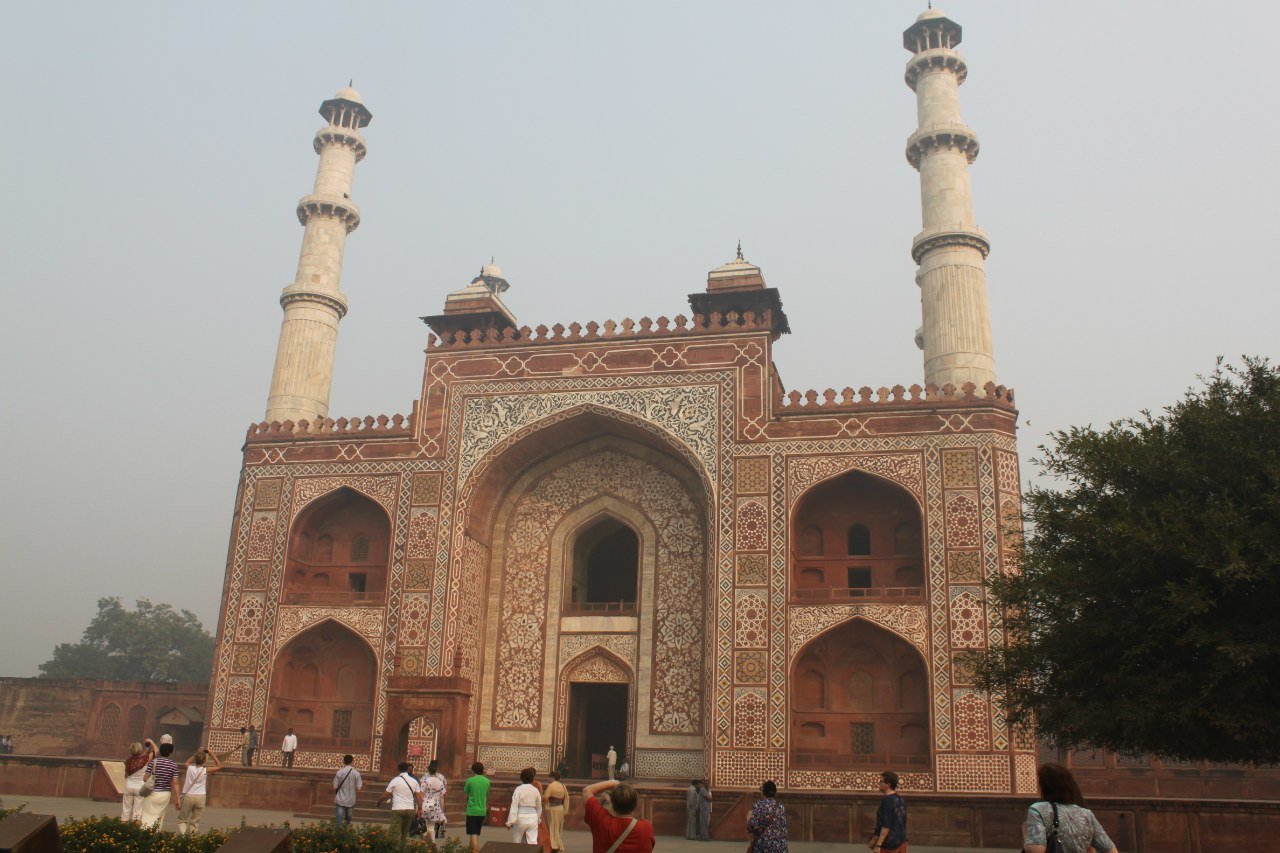 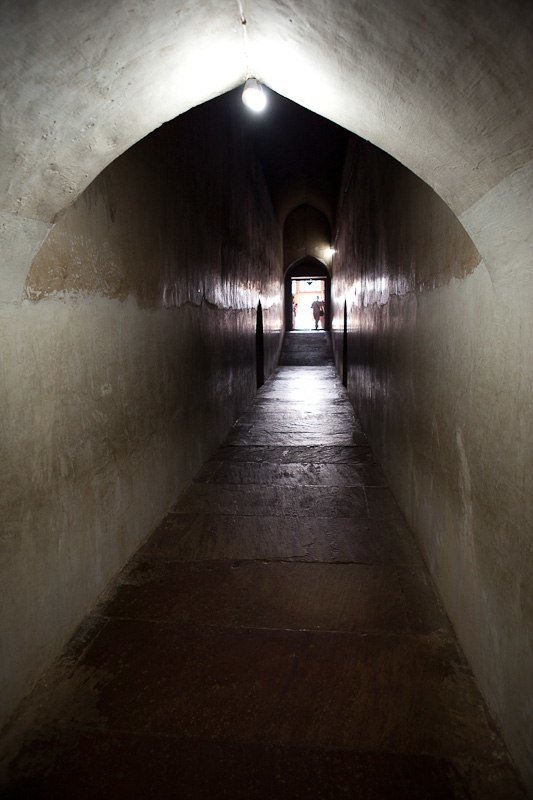