×
What are you looking for?
See all results
Monuments and memorials in Vilnius 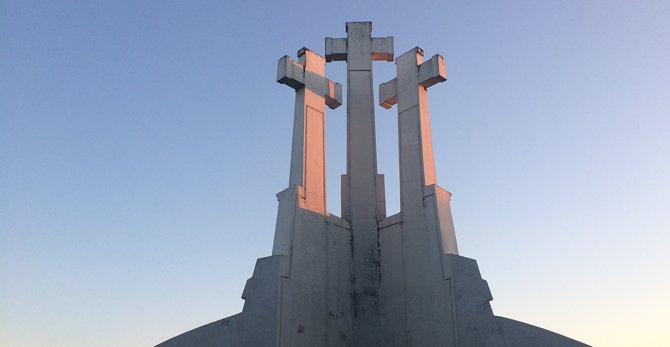 Three Crosses (Lithuanian: Trys kryžiai) is a monument in Vilnius, Lithuania, designed by Polish architect and sculptor Antoni Wiwulski in 1916. It was torn down in 1950 by order of the Soviet Union authorities. A new monument designed by Henrikas Šilgalis was erected in its place in 1989.

It was constructed in Kalnai Park on the Hill of Three Crosses (alternatively, the Bleak Hill Lithuanian: Plikasis kalnas) in 1916, in the place where the three wooden crosses used to stand at least since 1636. The wooden crosses collapsed in 1869 and tsarist authorities did not allow for them to be rebuilt. The new monument by Antoni Wiwulski was covertly erected in 1916. It was blown up under the order of the Soviet Government on 30 May 1950. Eventually the crosses were restored and consecrated on 14 June 1989.

The Three Crosses are constructed of concrete, painted in white. The rebuilt crosses now are 1.8 metres (5 ft 11 in) higher than those of 1916. A spectacular panorama of the Vilnius Old Town can be observed from top of the hill.

The origins of the monument are explained in a fictitious legend, written in the Bychowiec Chronicle among others, according to which seven Franciscan monks, who were invited to Vilnius from Podolia by Petras Goštautas, were tortured to death (crucified and thrown into the Vilnia River, according to some sources) on 4 March 1333 by local pagan inhabitants. The chapel was erected on the spot where they died and the crosses were added later on.

The factual background of the legend is a story regarding two murdered Franciscan friars who came to Vilnius to spread Christianity, that was first presented in Chronica XXIV Generalium, written before 1369. The events probably took place around 1340; therefore some eyewitnesses could still have been alive. According to the story, Franciscan friar's Ulrich's preaching angered townspeople. He and his companion Martin were seized and brought before Grand Duke of Lithuania Gediminas, who ordered the friars killed. Ulrich was tortured and his body tossed into the river. Martin's body was rescued by Gediminas' sister, an Orthodox nun. She buried Martin in a monastery she lived in.

The true purpose of building Three Crosses on the hill is still unknown. One of the suggestions is that they were erected in the celebration of granting Magdeburg rights to the city.

Vytautas J
Is also known as Kreivasis (crooked) Hill, or Plikasis (bare) Hill or Tauro Hill (the gleaming white monument marks the site of the former Crooked Castle, which is believed to have stood there.

The Bernardine Garden (previously known as Sereikiškės Park'), in L

Sereikiškės Park (previously known as Bernardine or Youth Garden) is a

The Royal Palace of Lithuania (Lithuanian: Valdovų rūmai) was a p 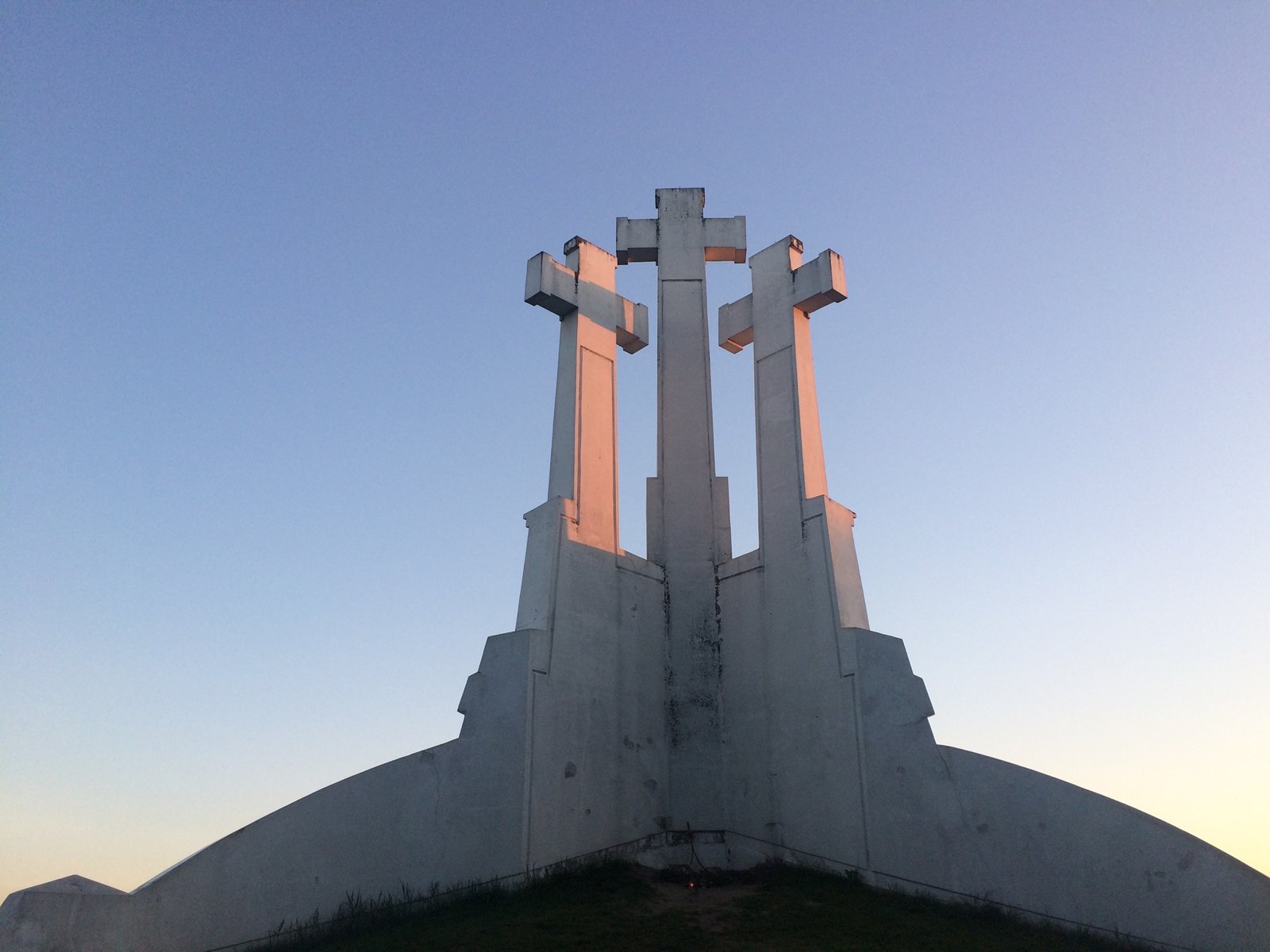 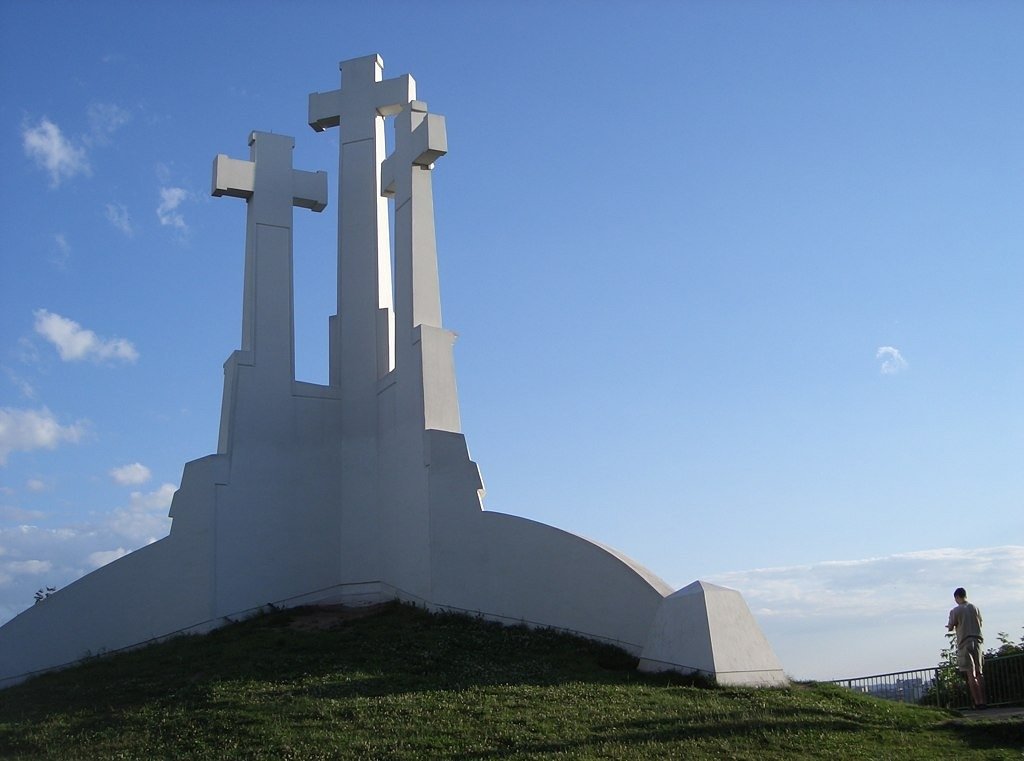 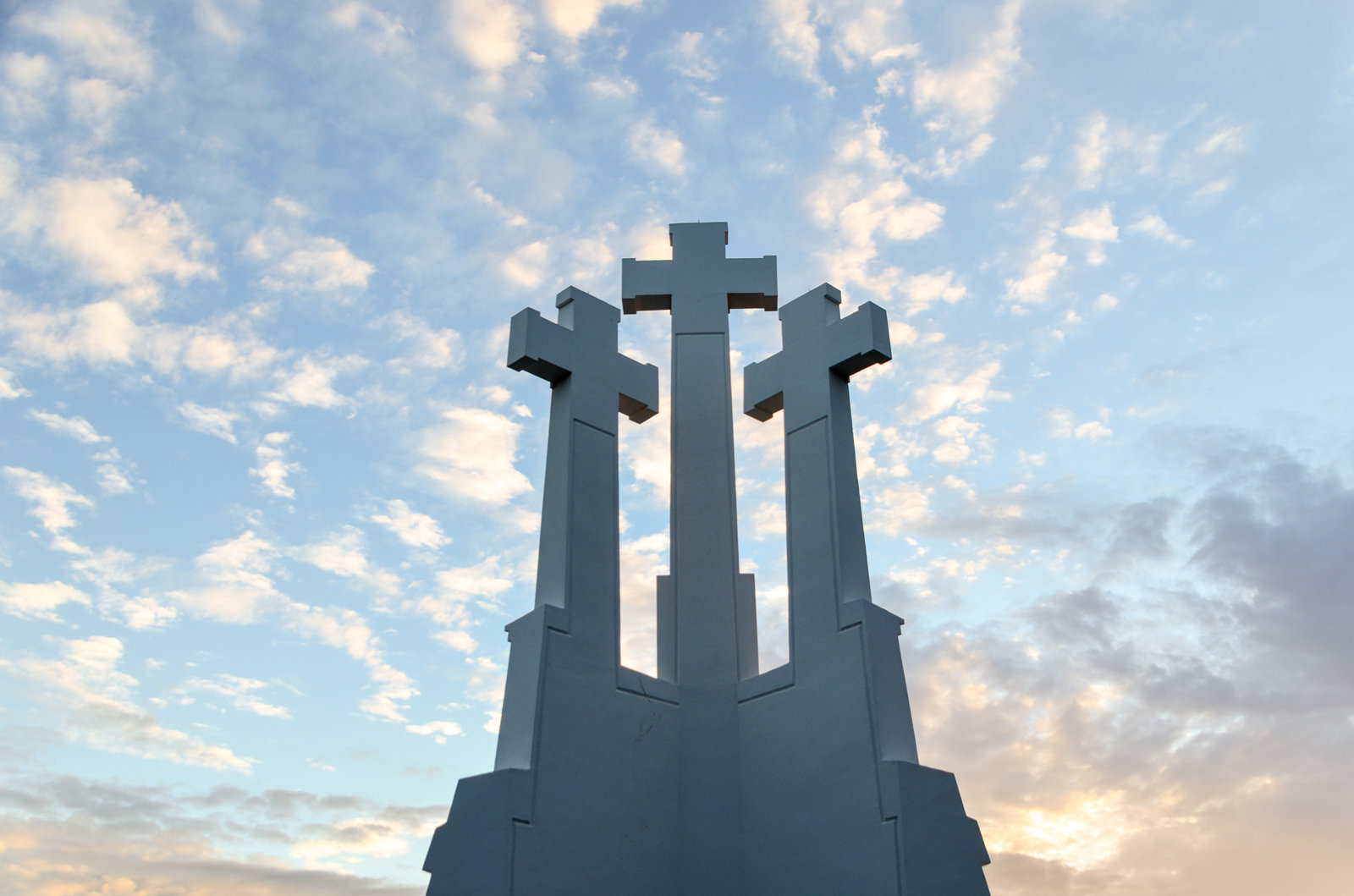 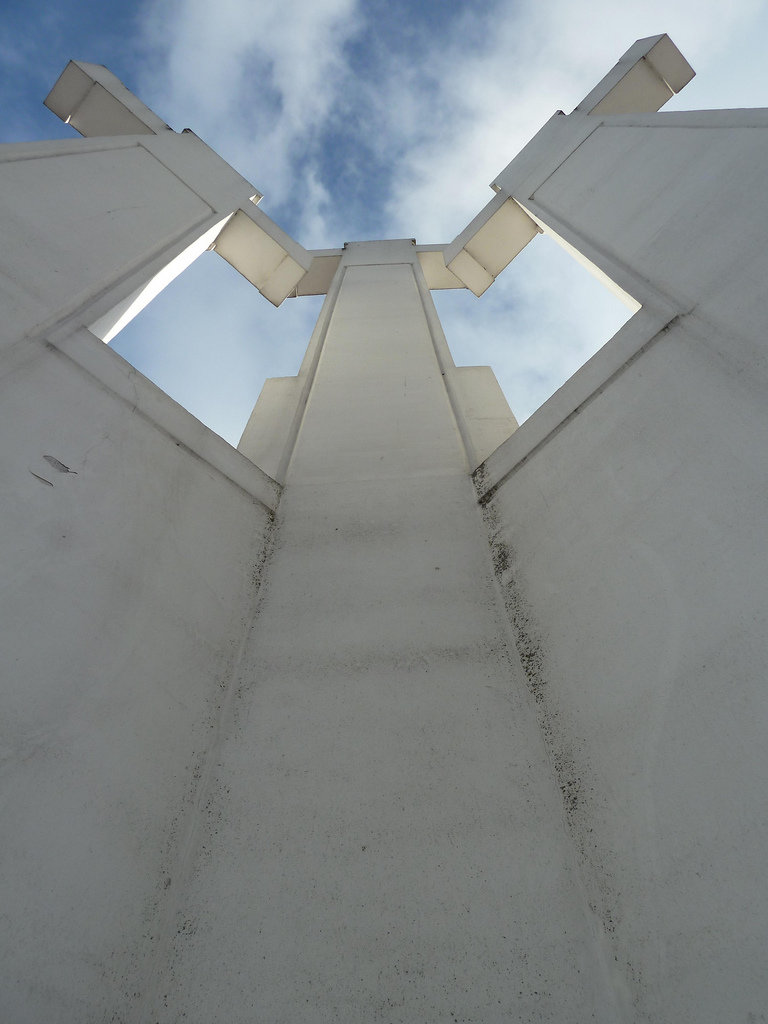 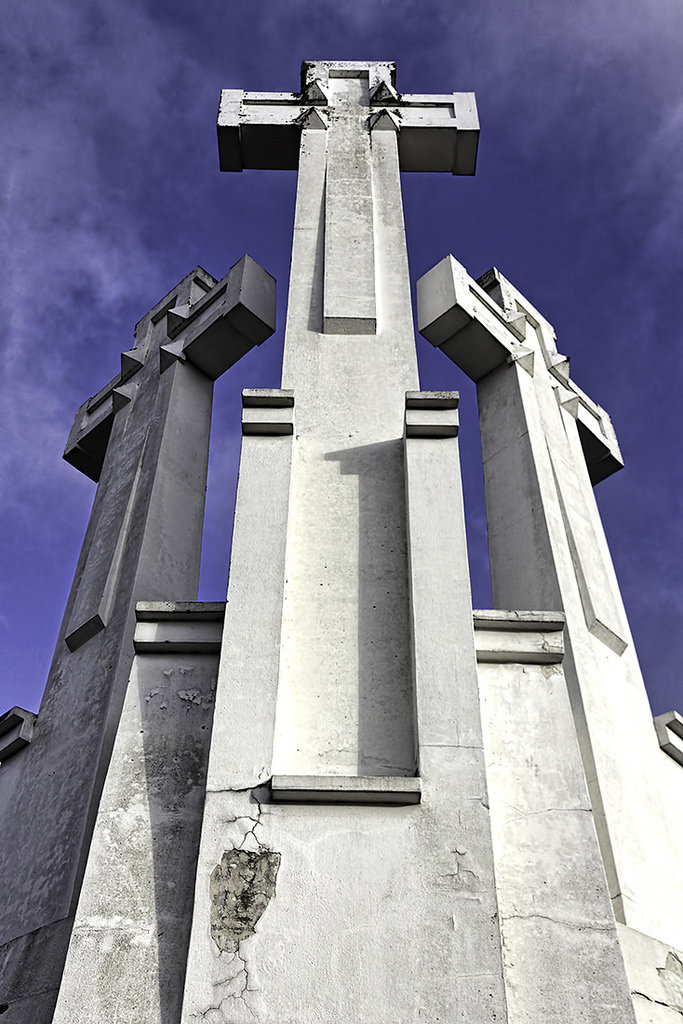 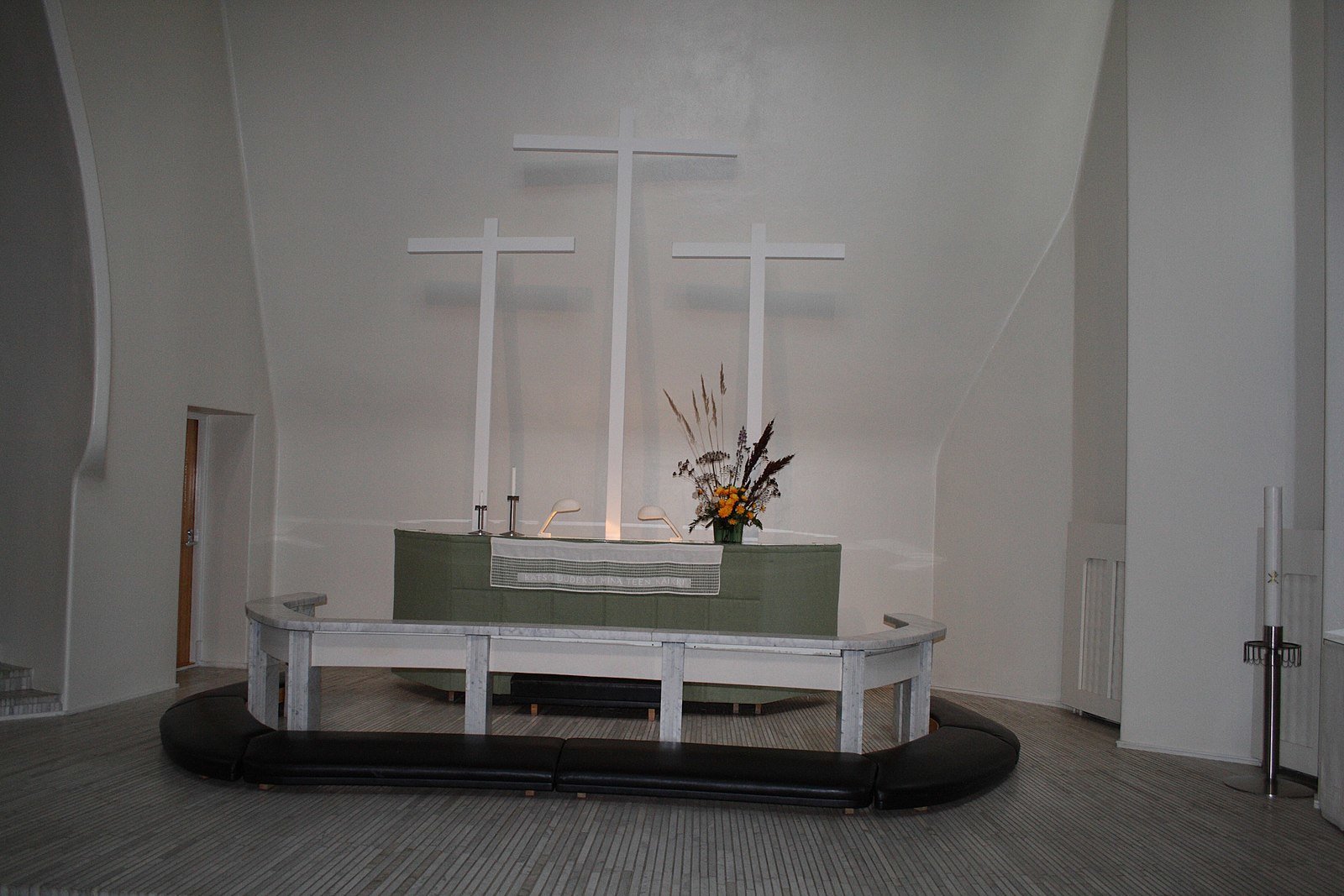 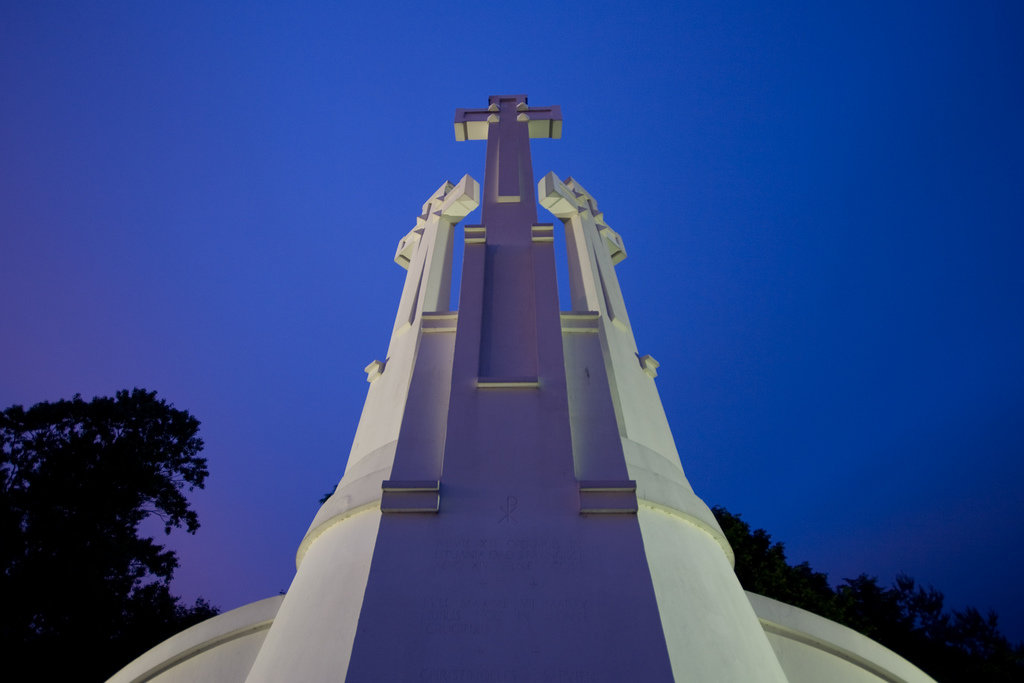 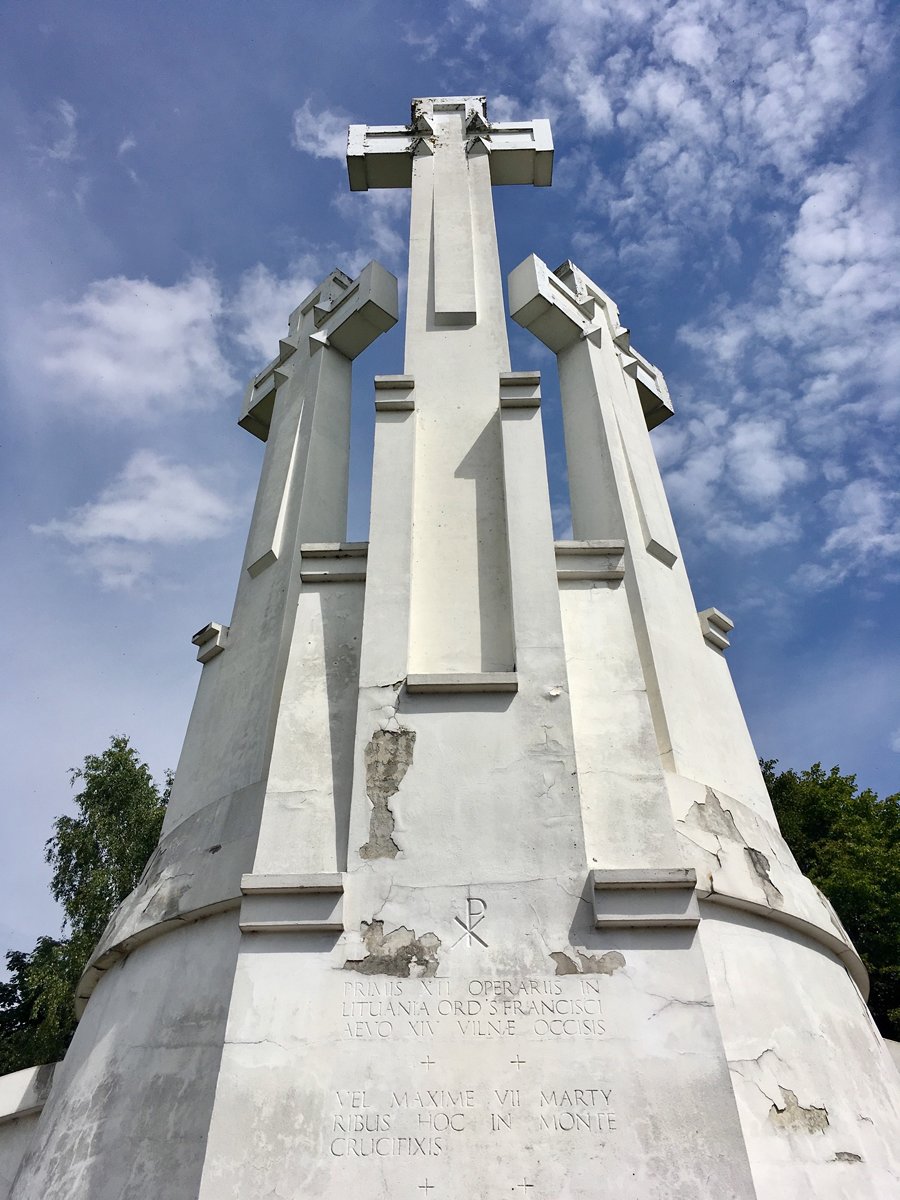 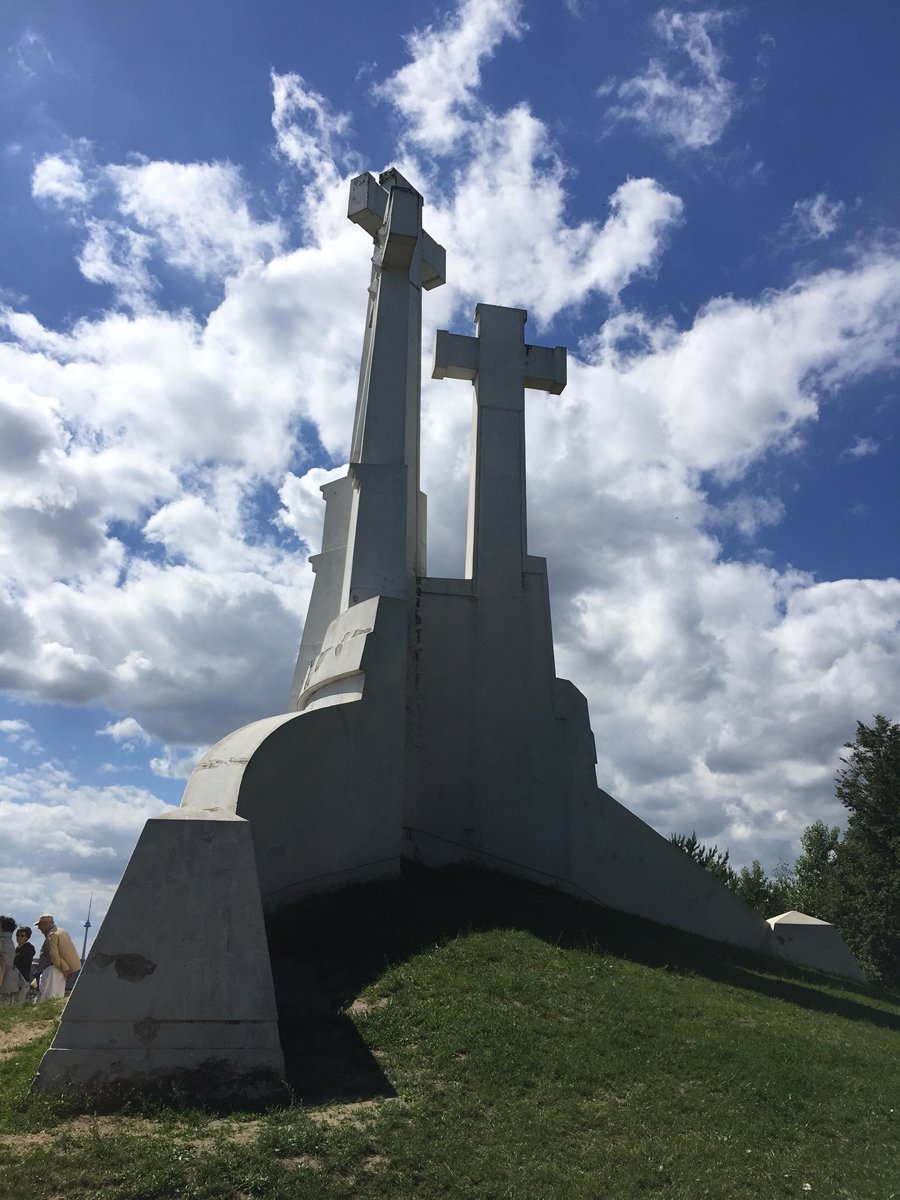 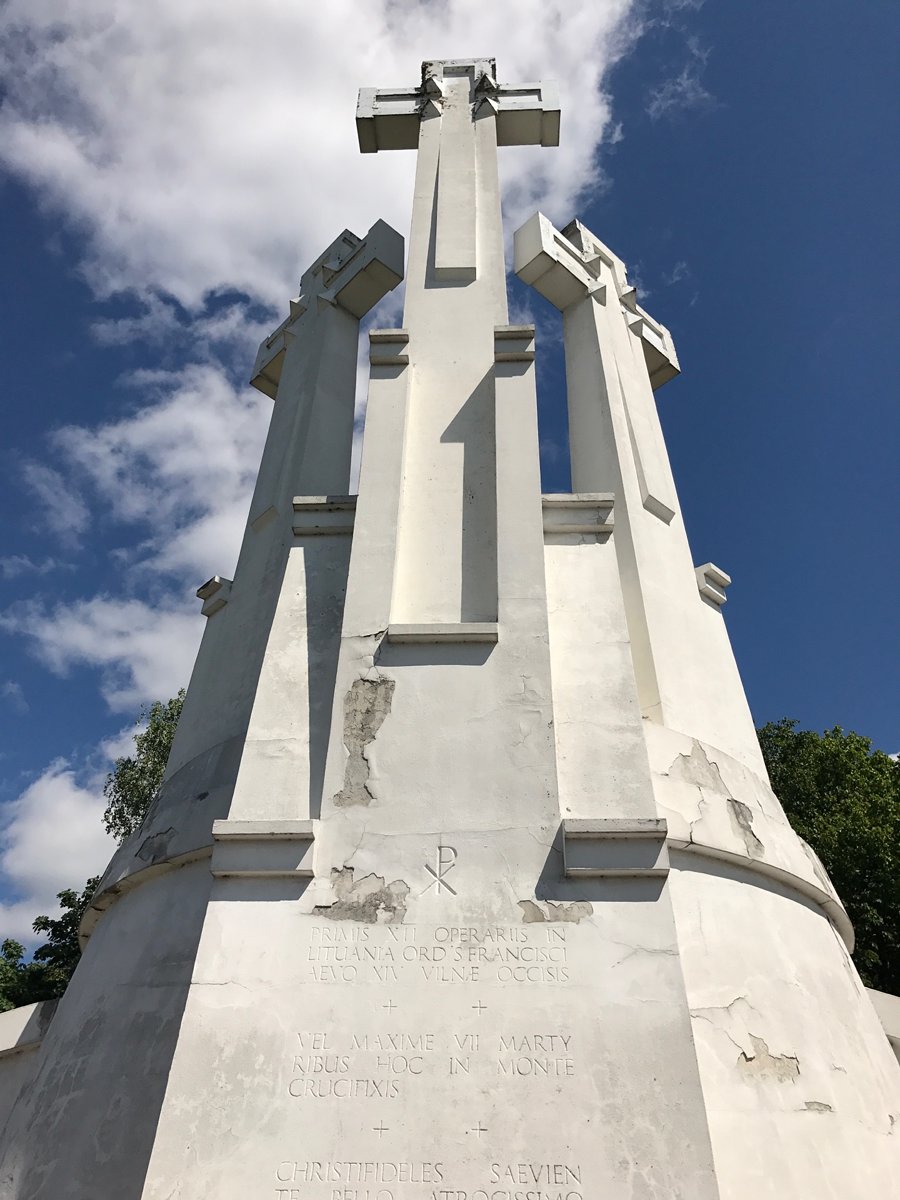