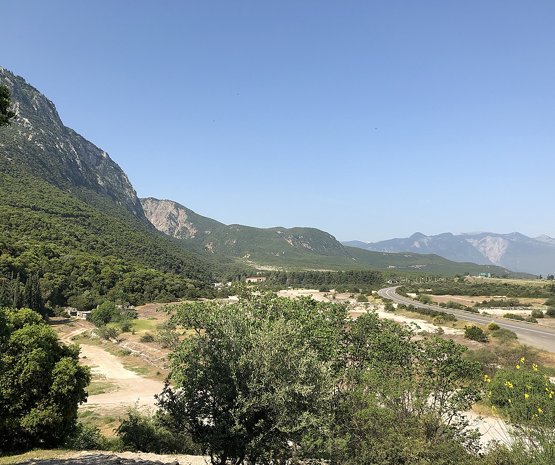 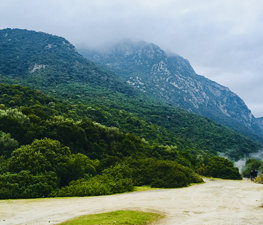 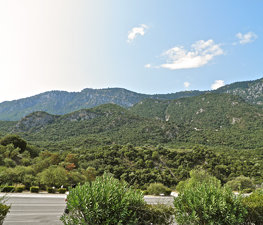 Thermopylae is located in eastern central Greece on the only land route large enough to bear any significant traffic between Lokris and Thessaly. Passage from north to south along the east coast of the Balkan peninsula requires use of the pass. Further west the way is blocked by mountains and the Gulf of Corinth. For this reason the area has been the site of several battles.

The area is dominated by the coastal floodplain of the Spercheios River, surrounded by steeply sloping forested limestone mountains. The continuous deposition of sediment from the river and travertine deposits from the hot springs has substantially altered the landscape during the past few thousand years. The land surface on which the famous Battle of Thermopylae was fought in 480 BC is now buried under 20 metres (66 ft) of soil. The shoreline has retreated greatly over the centuries because of the sedimentary deposition. The level of the Gulf of Malia was significantly higher during prehistoric times and the Spercheios was significantly shorter. The shoreline retreated by up to 2 kilometers between 2500 BC and 480 BC but still left several extremely narrow passages between the sea and the mountains. The narrowest point on the plain, where the Battle of Thermopylae was probably fought, would have been less than 100 metres (330 ft) wide. Between 480 BC and the 21st century, the shoreline retreated by as much as 9 km (5 miles) in places, eliminating the narrowest points of the pass and considerably increasing the size of the plain around the outlet of the Spercheios.

A main highway now splits the pass, with a modern-day monument to King Leonidas I of Sparta on the east side of the highway. It is directly across the road from the hill where Simonides of Ceos's epitaph is engraved in stone at the top. Thermopylae is part of the infamous "horseshoe of Maliakos" also known as the "horseshoe of death": it is the narrowest part of the highway connecting the north and the south of Greece. It has many turns and has been the site of many vehicular accidents.

The hot springs from which the pass derives its name still exist close to the foot of the hill.

Thermopylae means "hot gates" in Greek. This is derived from the myth that Heracles had jumped into the river in an attempt to wash off the Hydra poison imbibed in the cloak that he could not take off. The river was said to have turned hot and stayed that way ever since.

Thermopylae is primarily known for the battle that took place there in 480 BC, in which an outnumbered Greek force of four thousand (including the famous 300 Spartans, 500 warriors from tegea, 500 from Mantinea, 120 from Orchamenus, 1000 from the rest of Arcadia, 200 from Philius, 80 Mycenae, 700 Corinthians and 400 Thebans) held off a substantially larger force of Persians under Xerxes. For two days they held out between two narrow cliff faces to prevent the use of Xerxes' vast cavalry and infantry force, before being outflanked on the third via a hidden goat path named the Anopaia Pass. The name since then has been used to reference heroic resistance against a more powerful enemy.

Main article: Battle of Thermopylae (353 BC)

In 353 BC/352 BC during the Third Sacred War, 5,000 Phocian hoplites and 400 horsemen denied passage to the forces of Philip II of Macedon.

Gaulic invasion of the Balkans

Main article: Battle of Thermopylae (279 BC)

In 279 BC a Gallic army led by Brennus successfully defeated a Greek army under Calippus of Syracuse.

Main article: Battle of Thermopylae (191 BC)

In 191 BC Antiochus III the Great of Syria attempted in vain to hold the pass against the Romans under Manius Acilius Glabrio.

Balkan invasion by the Heruli

In 267, the Germanic tribe of Heruli defeated the Greek force that tried to stop them.

In 1821, a force of Greek fighters led by Athanasios Diakos made a stand near the pass to stop a force of 8,000 Turks from marching down from Thessaly to put down revolts in Roumeli and the Peloponnese. Diakos, after making a last stand at the bridge of Alamana with 48 of his men, was captured and killed.

More from the thermal springs at Thermopylae — Andy Montgomery @ Flickr

In 1941 during World War II the ANZAC forces delayed the invading German forces in the area enough to allow the evacuation of the British expeditionary force to Crete. This conflict also became known as the Battle of Thermopylae. Such was the fame of Thermopylae that the sabotage of the Gorgopotamos bridge in 1942 was referred in German documents of the era as "the recent sabotage near Thermopylae".

Tips & Hints
Arrange By:
Popular first New first
There are no tips nor hints for Thermopylae yet. Maybe be you will be the first one to post useful information for fellow travellers? :)
1.0/10
I've been here
Add to wishlist

The Dochu La ( Dochu Pass, la means pass in Dzongkha) is a mountain 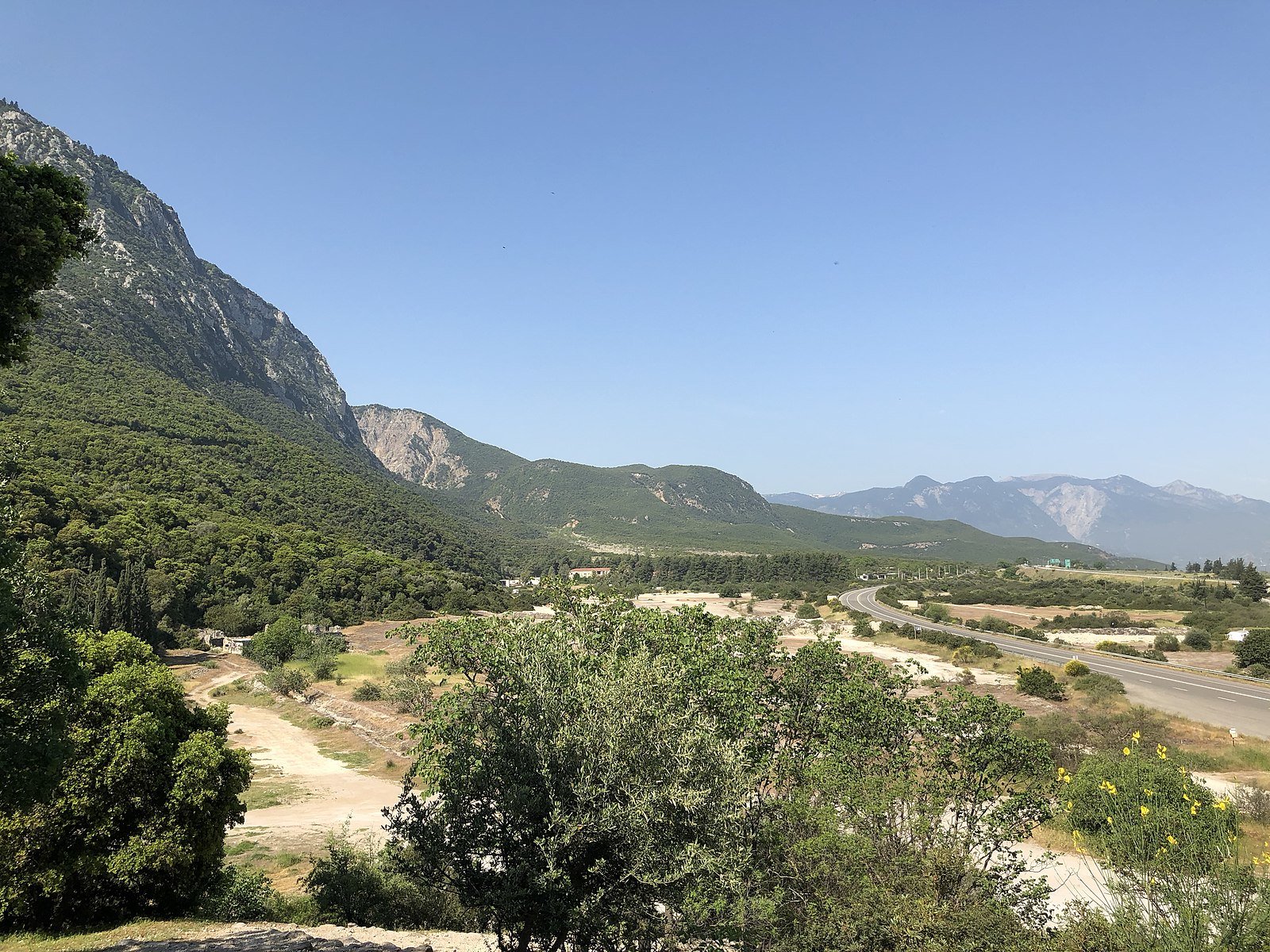 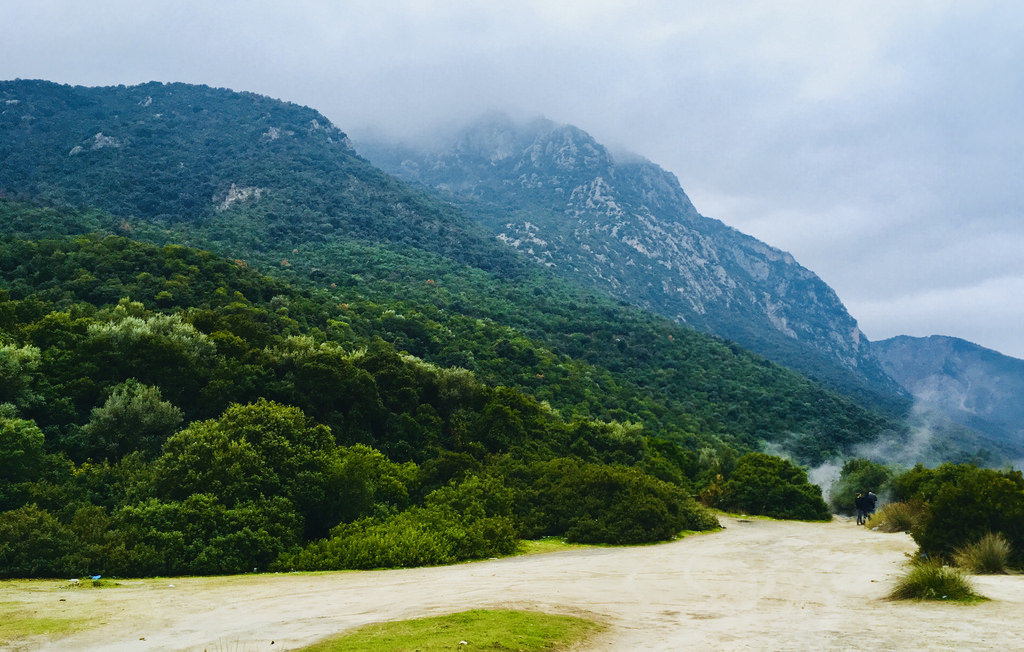 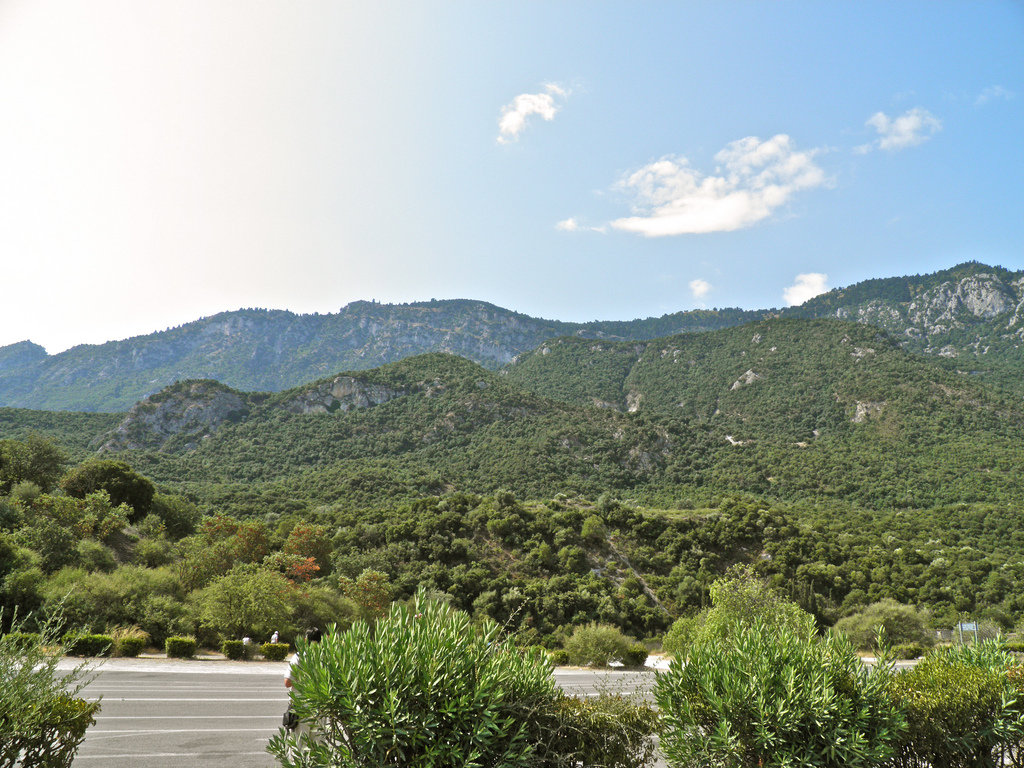 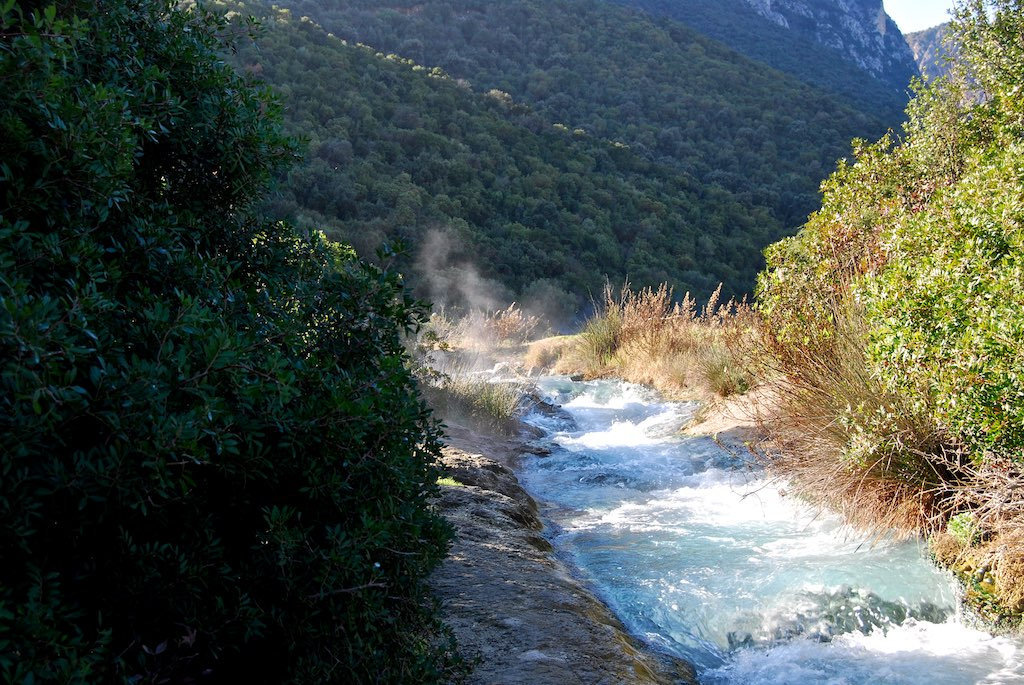 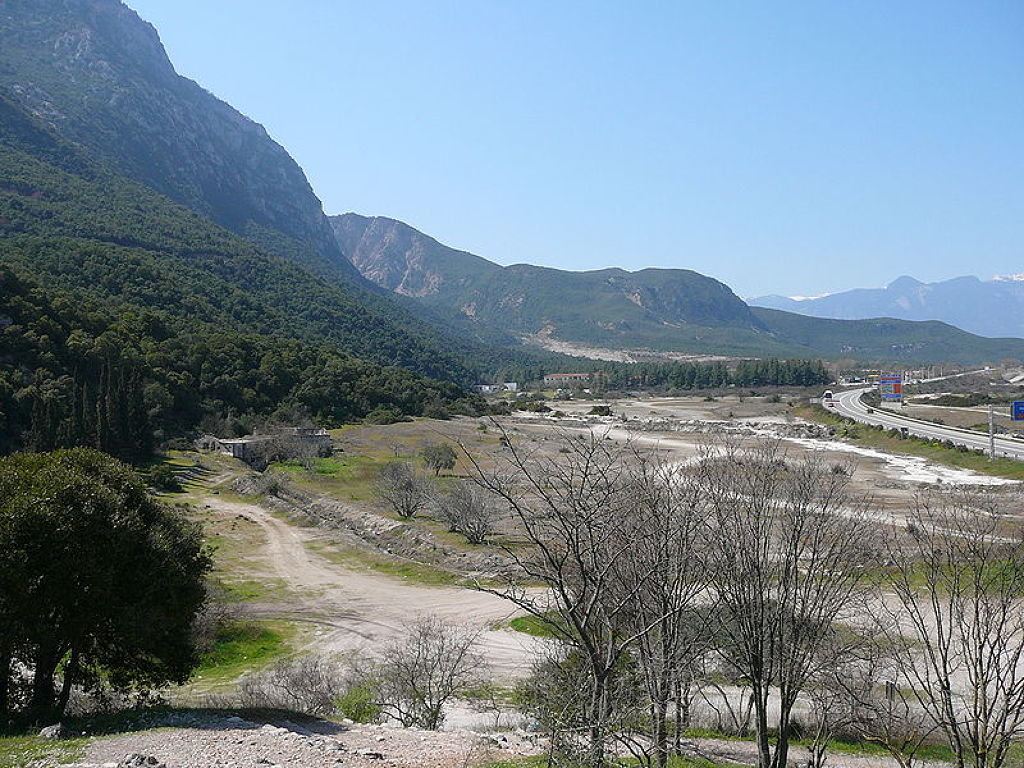 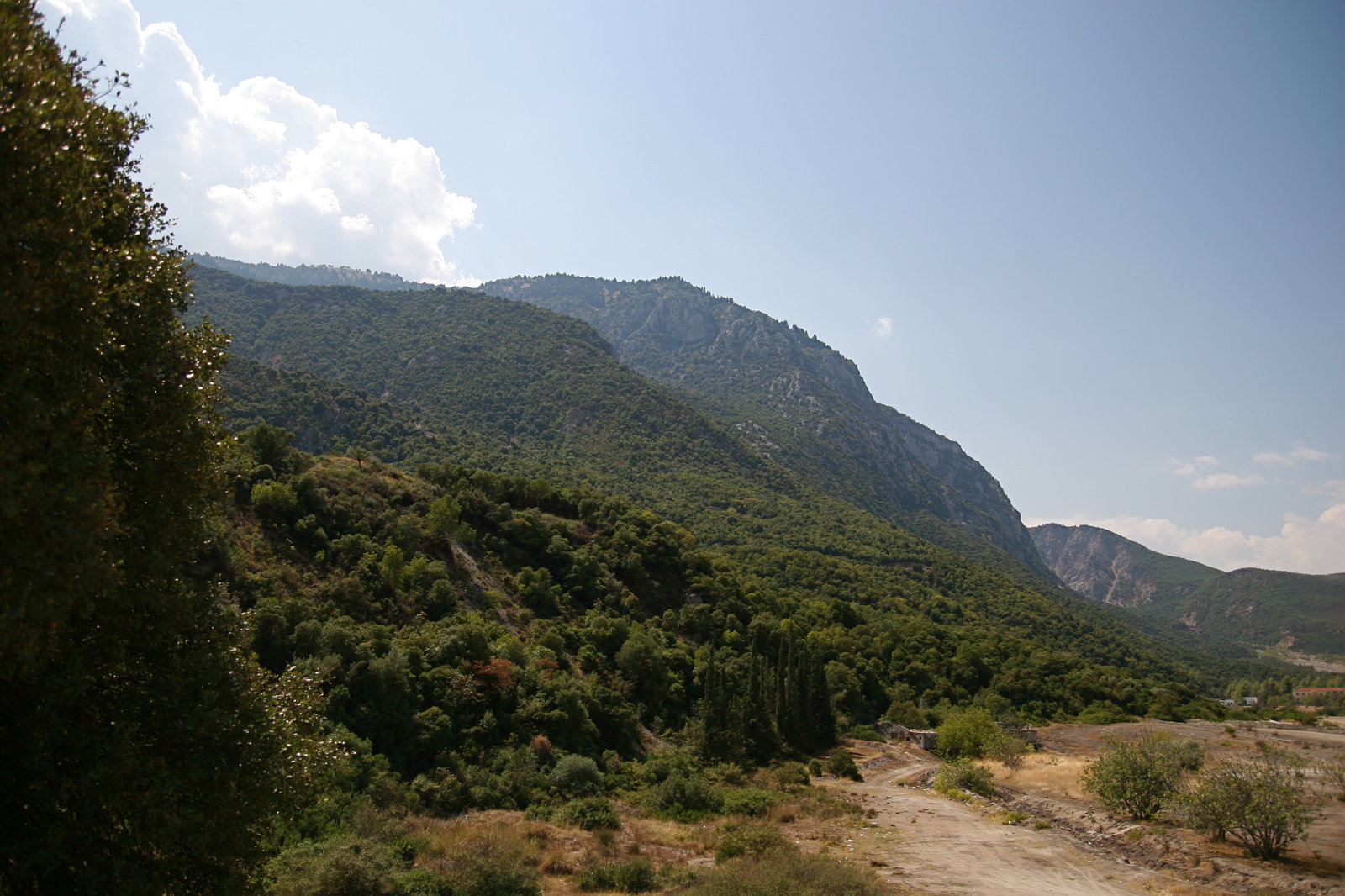 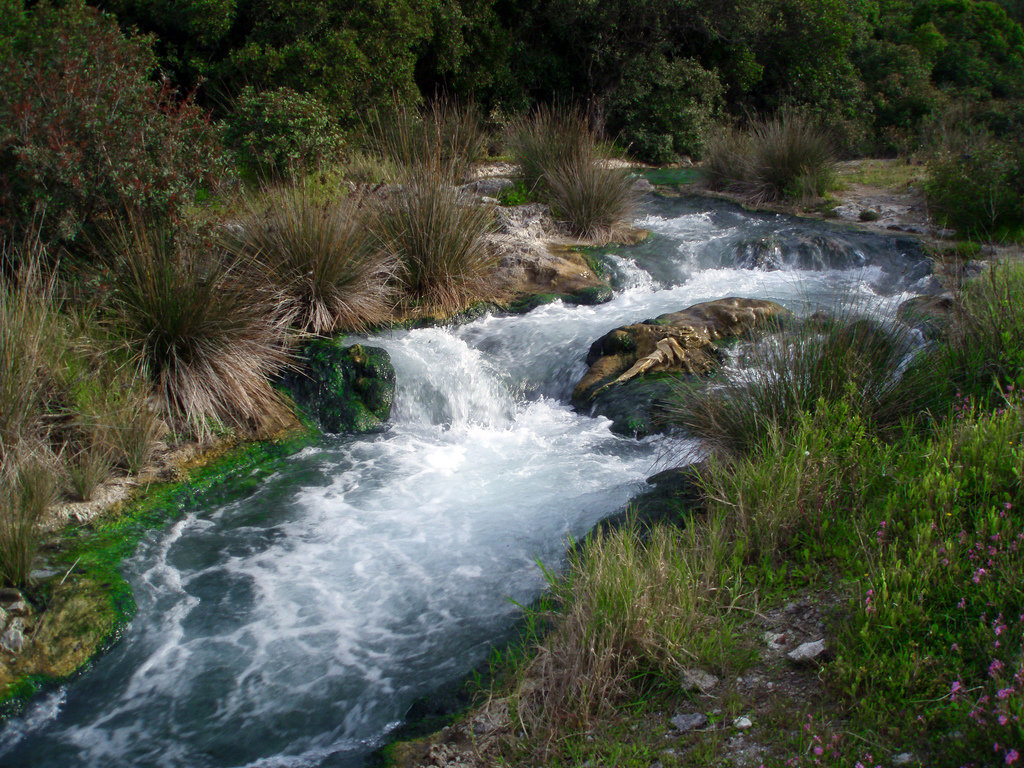 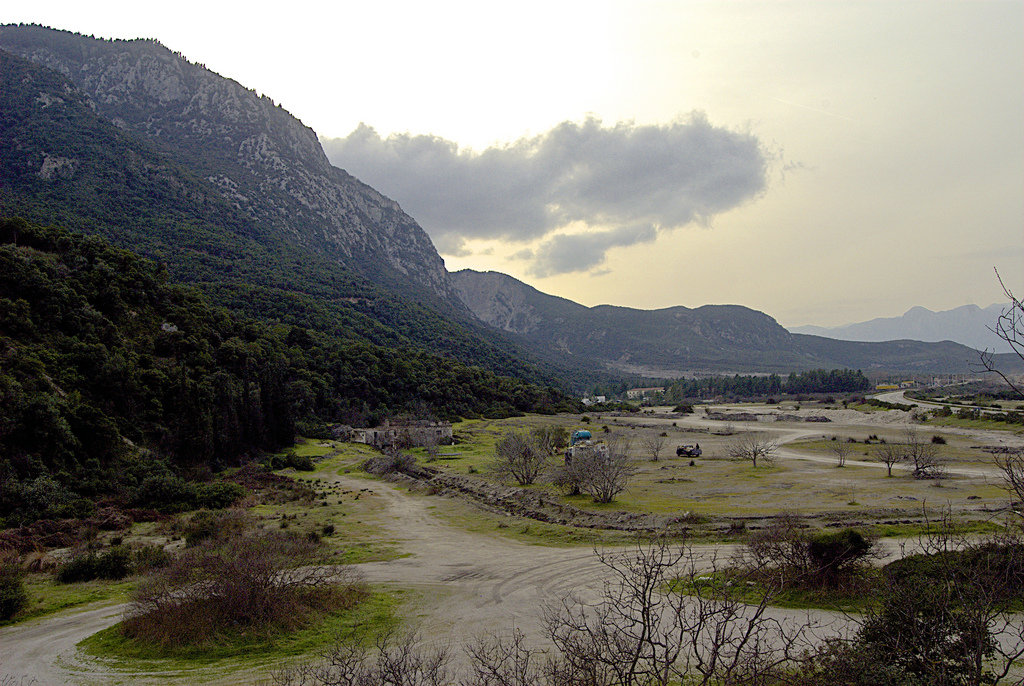 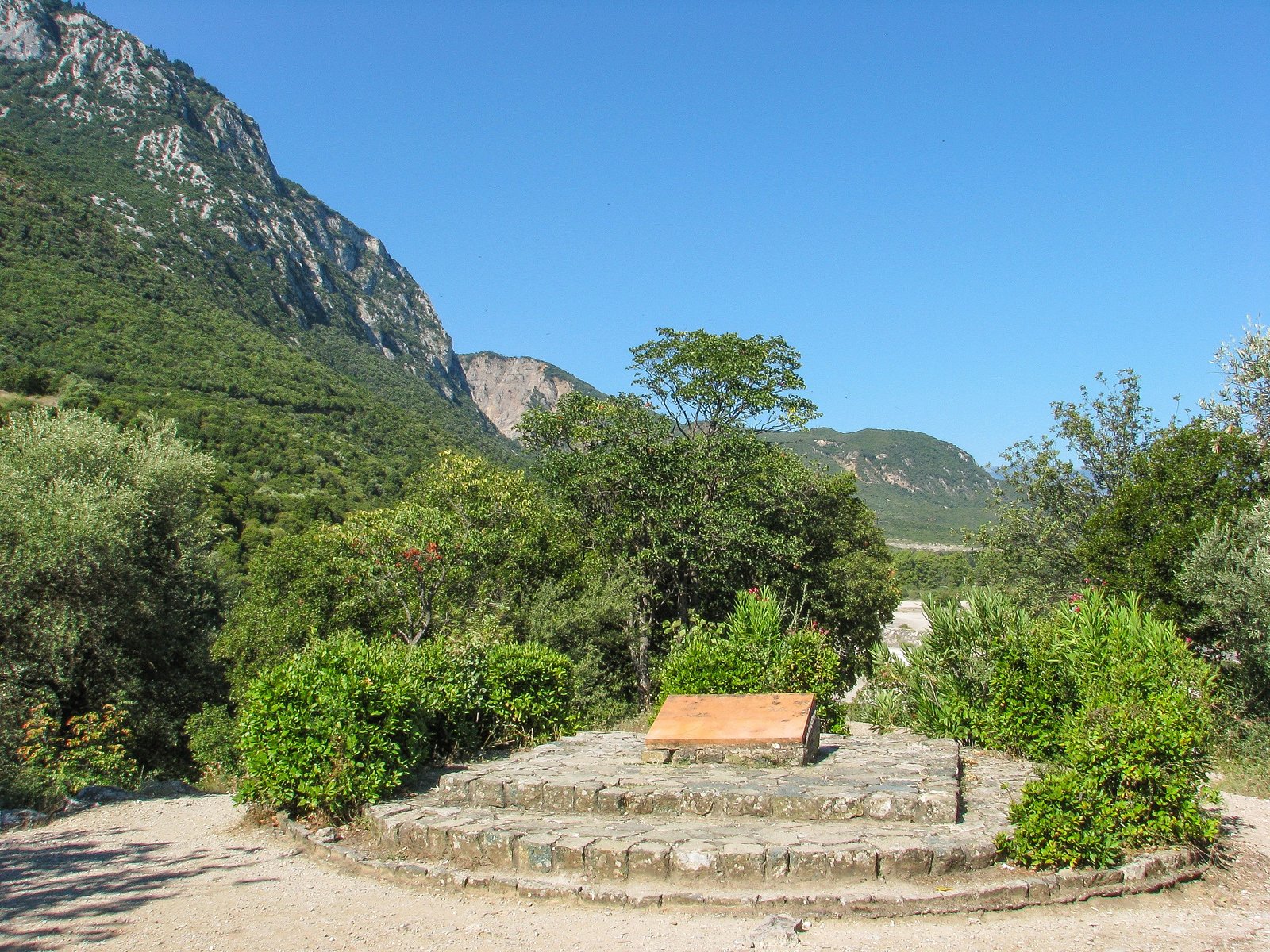