×
What are you looking for?
See all results
Theatres in Belém 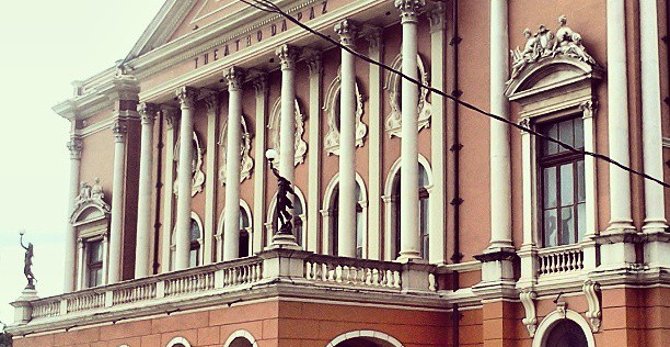 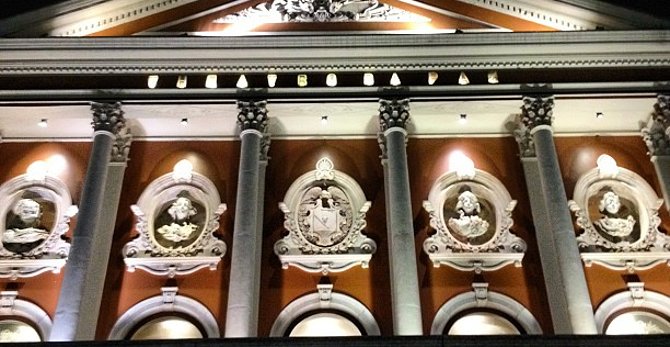 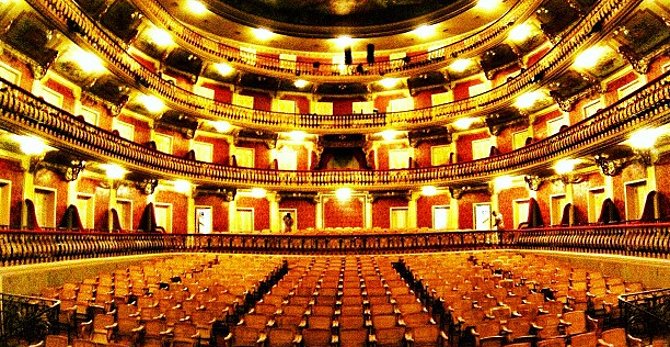 The Theatro Nossa Senhora da Paz theater, or simply Theatro da Paz (Peace Theater), is located in the city of Belém, in the state of Pará, in Brazil.

Theatro da Paz was built following neoclassical lines, within the golden age of rubber in Amazon Basin. It is considered the most important culture house in northern Brazil. Its name has been suggested by bishop D. Macedo Costa, who also launched the fundamental stone of its construction, in March 03, 1869.

Along the years, Theatro da Paz has suffered minor alterations in its façade, i.e., the reduction of the number of columns over the main entrance. Its architectural lines remain unaltered, though.

Theatro da Paz was planned by engineer José Libúrcio Pereira Magalhães, with some alterations added by Public Constructions office. Construction ended in 1874, but the theater was only opened to the public after an administrative investigation against its builders took place.

The premiere feature an A. D’annery drama called The Two Orphans, having taken place in February 16, 1878 and organized by Vicent Pontes de Oliveira theater company, which deal with Theatro da Paz lasted for five years and made him responsible also for the stage lights, decoration [], coreography and props, as well as for the organisation within this period.

Theatro da Paz, as in Leandro Tocantins, "is the definitely neoclassical". On each side, there are patios surrounded by columns and staircases giving access to Praça da República (Republic Square). Straw seats in the shape of a horseshoe. In the lobby, there are two carrara-marmor busts: José de Alencar e Gonçalves Dias, who introduced the indianismo in Brazil. In the noble hall, next to a giant-sized crystal mirror, remain the busts of maestros Carlos Gomes and Henrique Gurjão.

In Theatro da Paz, Carlos Gomes ran his most famous opera, O Guarani, and Russian ballerina Ana Pavlova also touched its stage with her ballet shoes. Decoration was planned by Italian Domenico de Angelis who also decorated Teatro Amazonas in Manaus. He also painted the theater's panel in its spectacle room's roof, which depicted Greek gods, as well as the Jover roof, which was lost due to an infiltration and later restored in 1960 by another Italian artist, Armando Baloni.

In 1904, during Augusto Montenegro's government, four busts representing music, poetry, comedy and tragedy were included in Theatro da Paz decoration. During the golden age of rubber, world's most famous lyrical companies featured their presentations in the theater, but after the rubber era, it has been neglected and suffered from bad maintenance.

After Armando Baloni's painting, in 1960, Pará state governon then, Aurélio do Carmo, kept the restoration until 1965, under Jarbas Passarinho's administration, Theatro da Paz was finally fully recovered and reopened to the public. The writing "Theatro", in archaic Portuguese, has been kept. Theatro da Paz underwent another major reformation in the 90s, under governor Almir Gabriel, when its original colors were painted back. It was also during his administration that modern Opera Festivals begun to take place, with free or low-cost renditions of operas like Il Barbieri di Seviglia or O Guarani.

When declared by Brazil's Institute for Protection of Historical and Architectural Patrimony, its president chose Theatro da Paz as one of the "14 most beautiful jewels of Brazilian patrimony".

CNA BelémPA
The Theatro da Paz was built between the years of 1869 and 1874 and has become well known for its beautiful neoclassical-influenced facade with stone columns, busts and Italianate finishing.

Ver-o-peso market is a market hall in Belém, located at Guajará Bay r 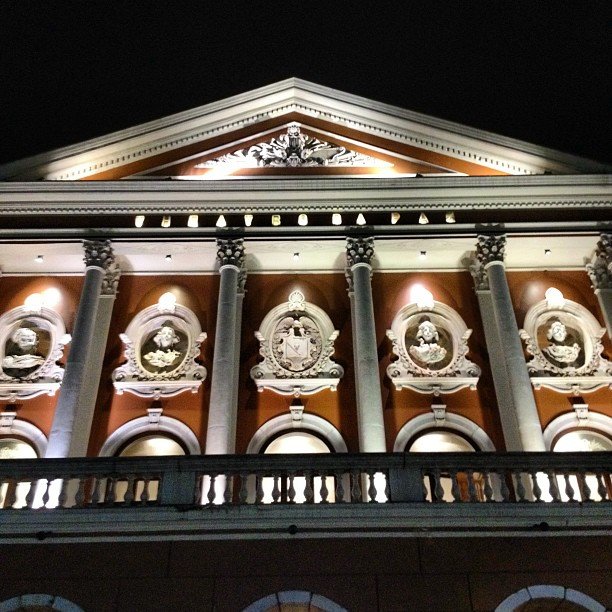 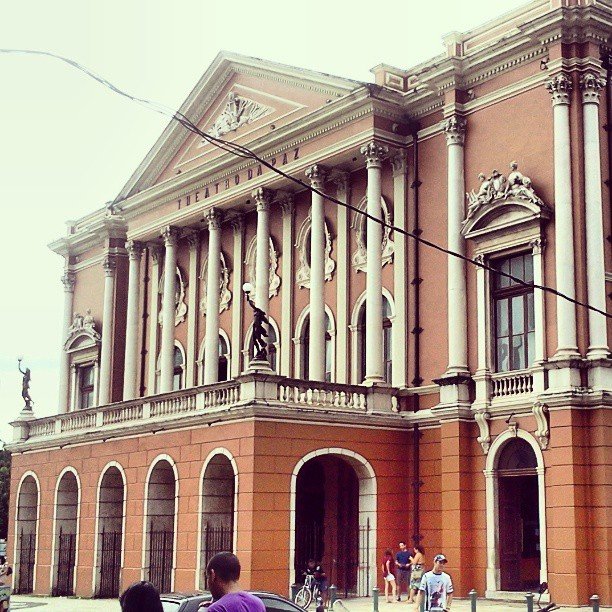 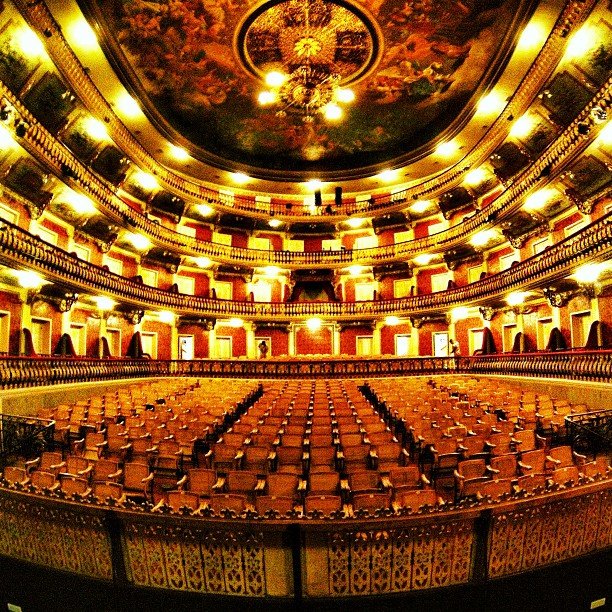 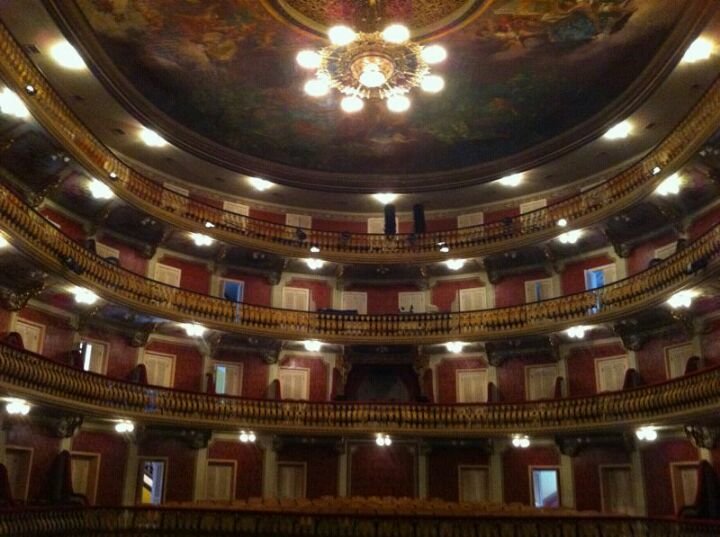 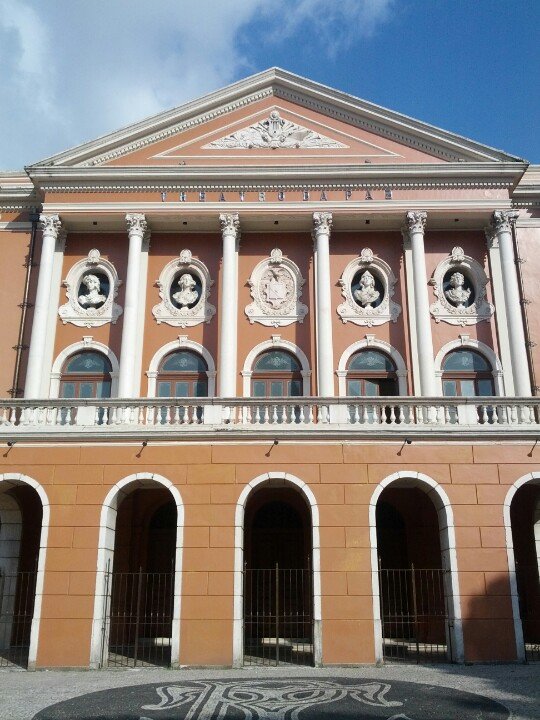 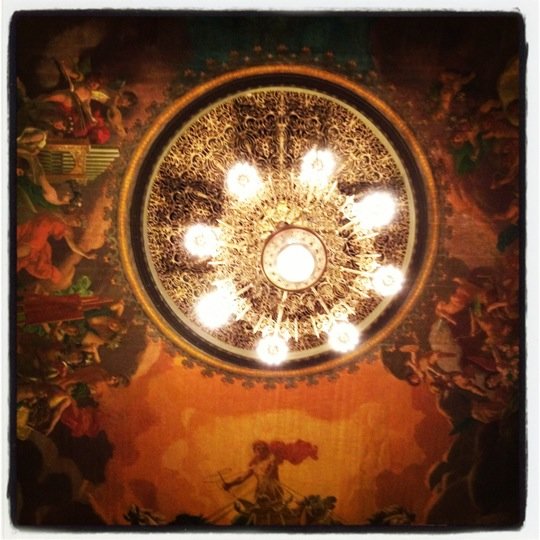 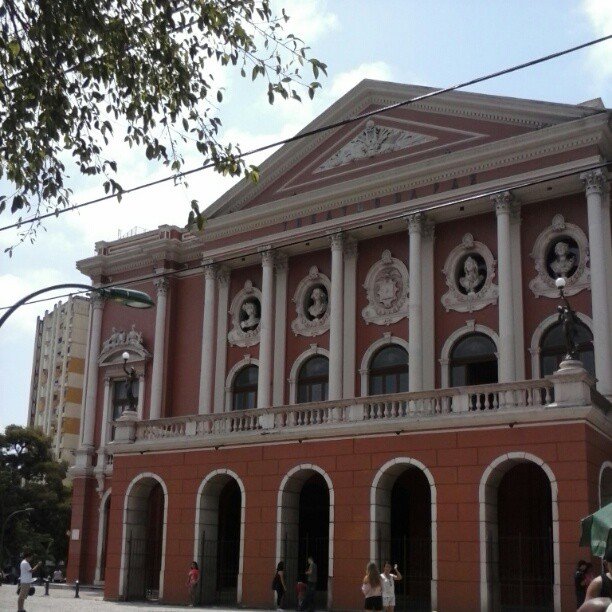 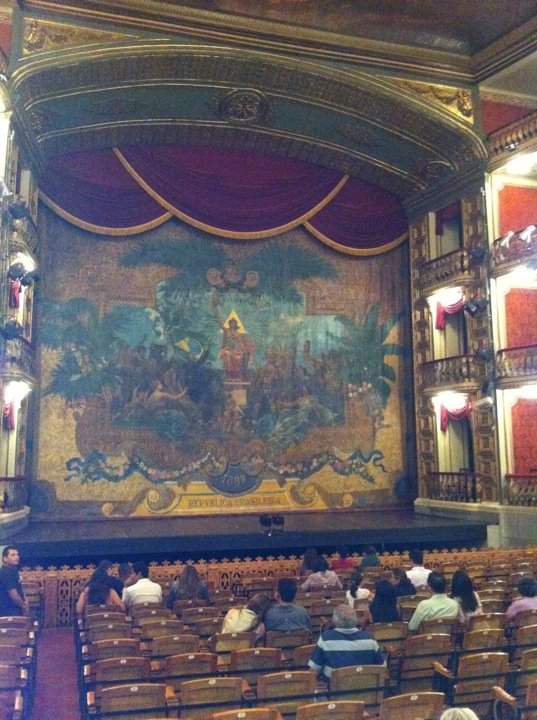 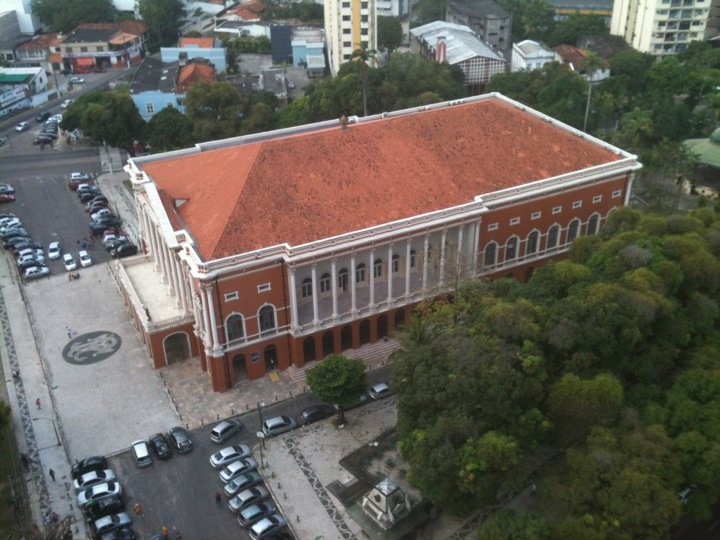 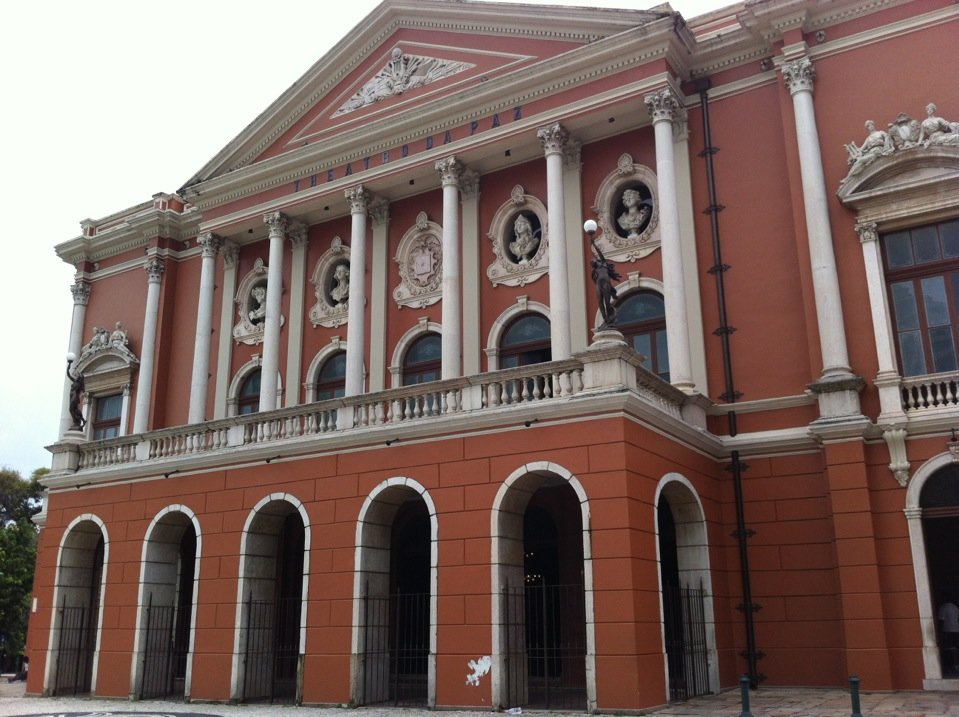 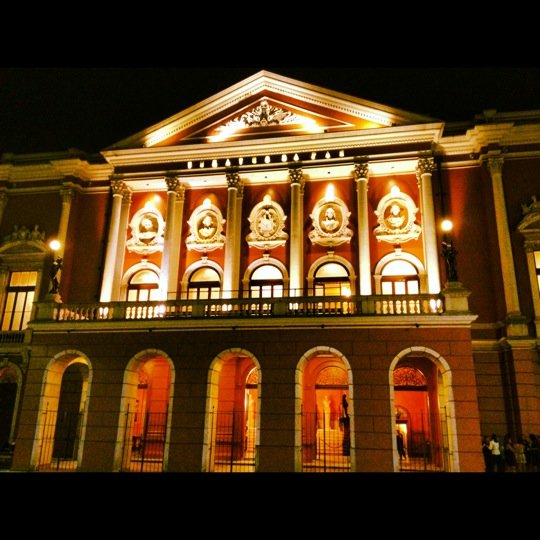 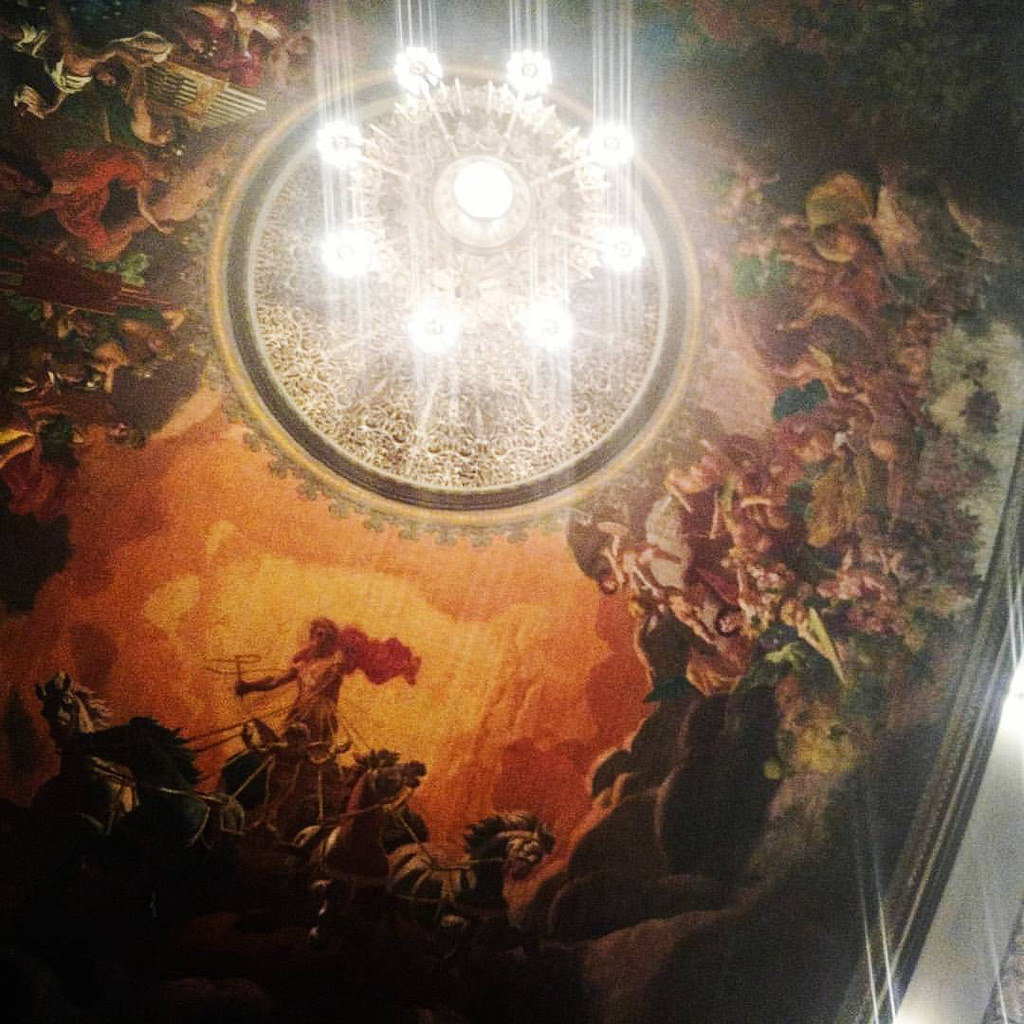 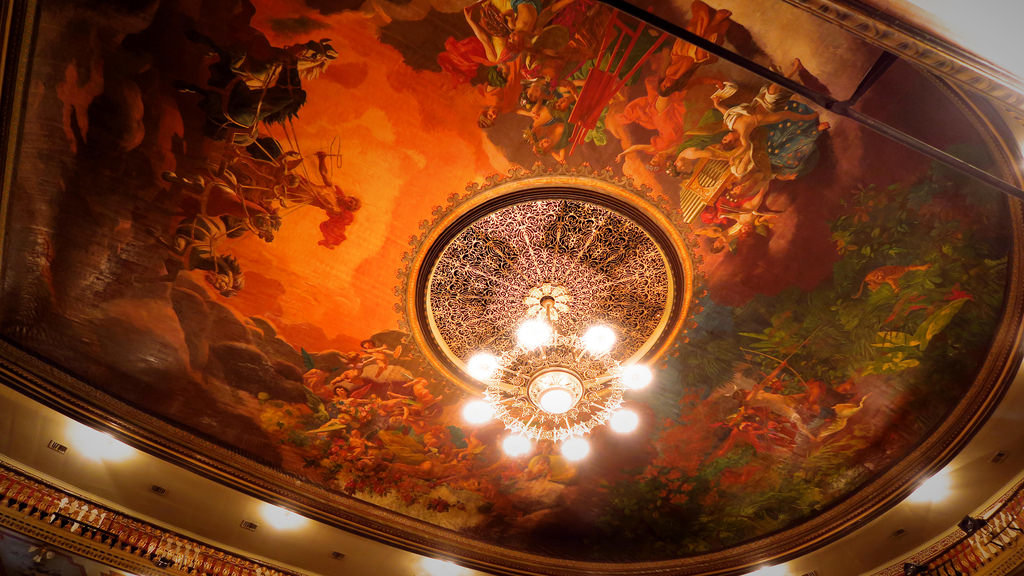 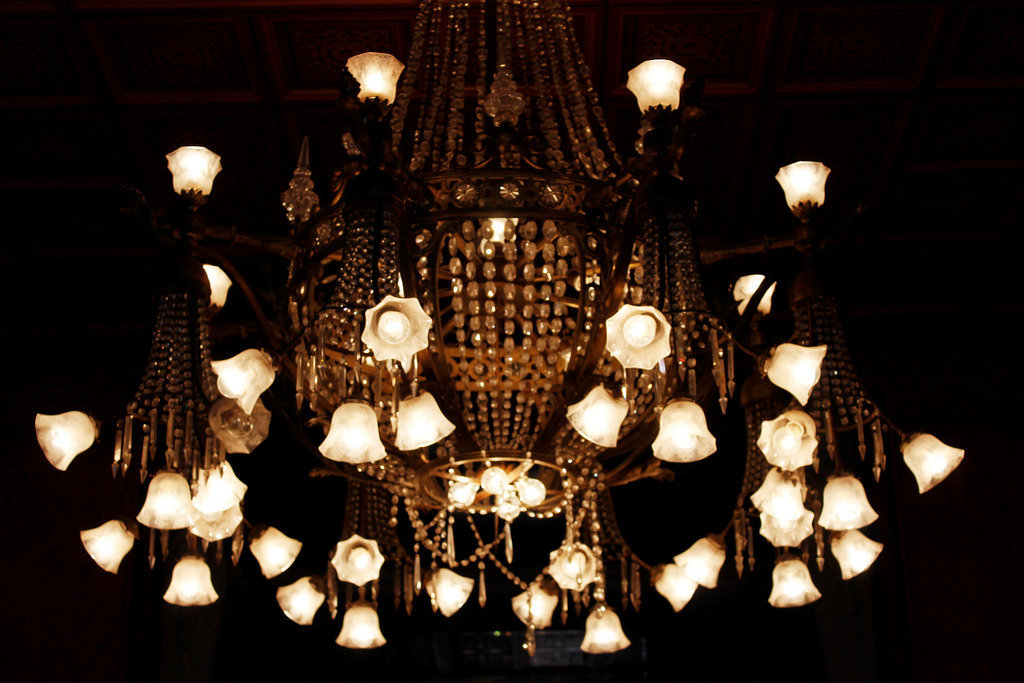 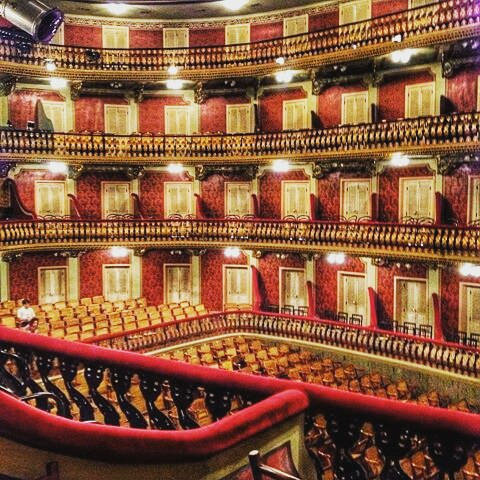 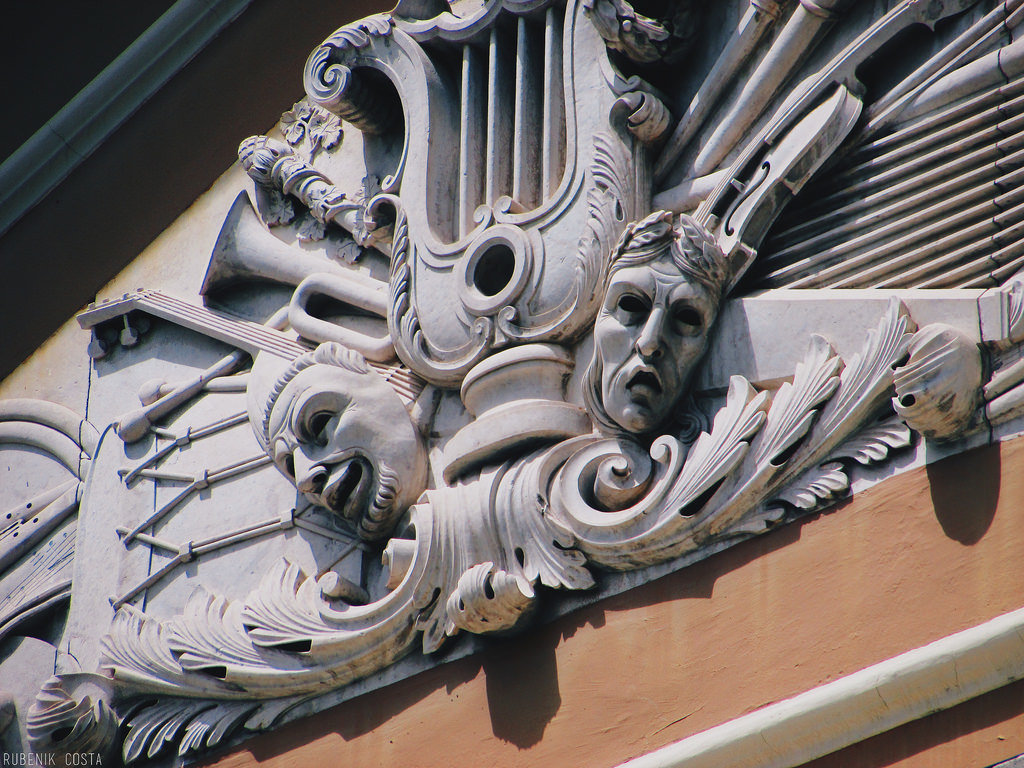 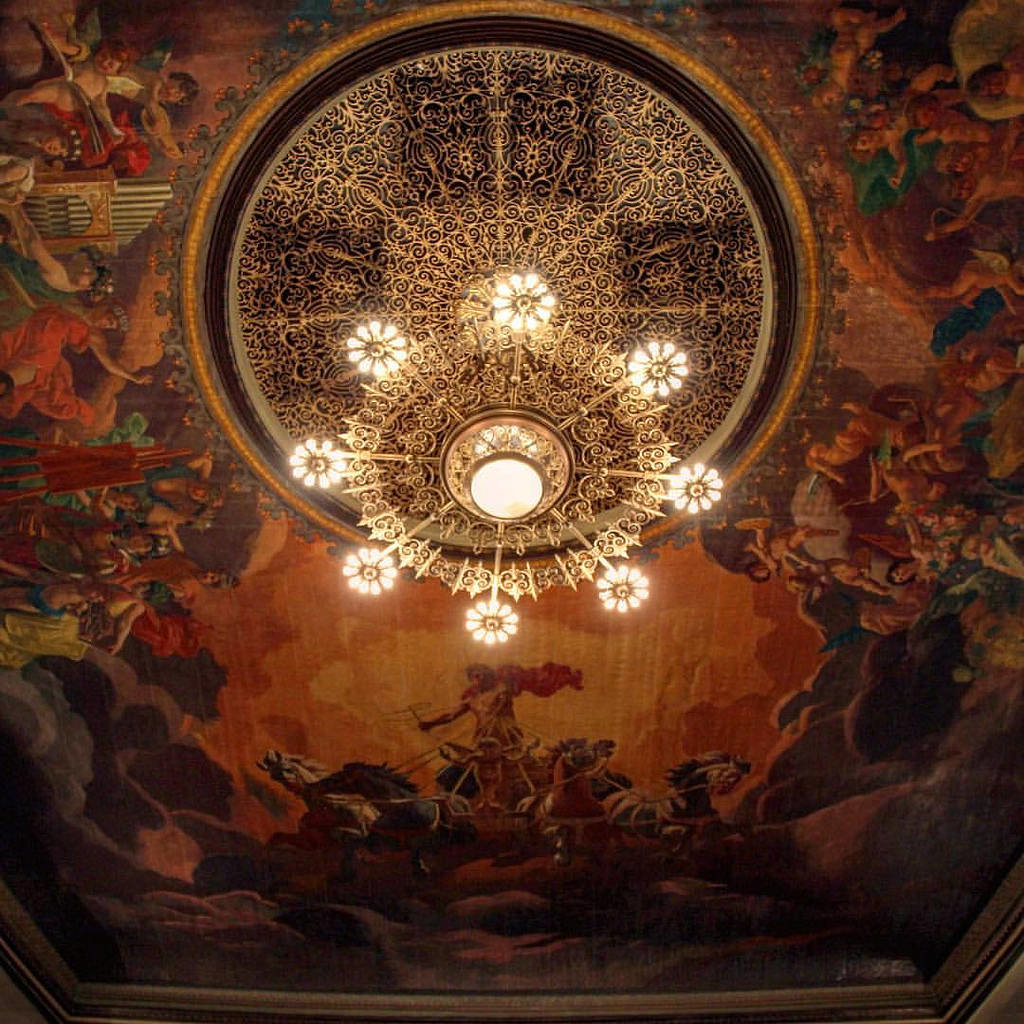 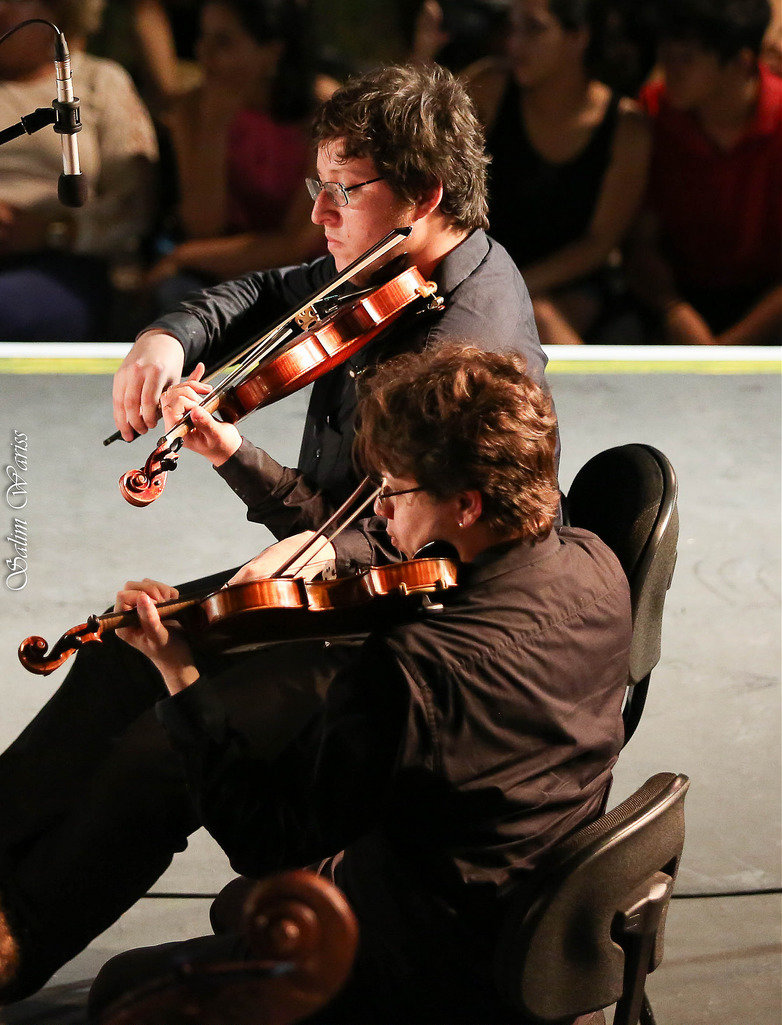 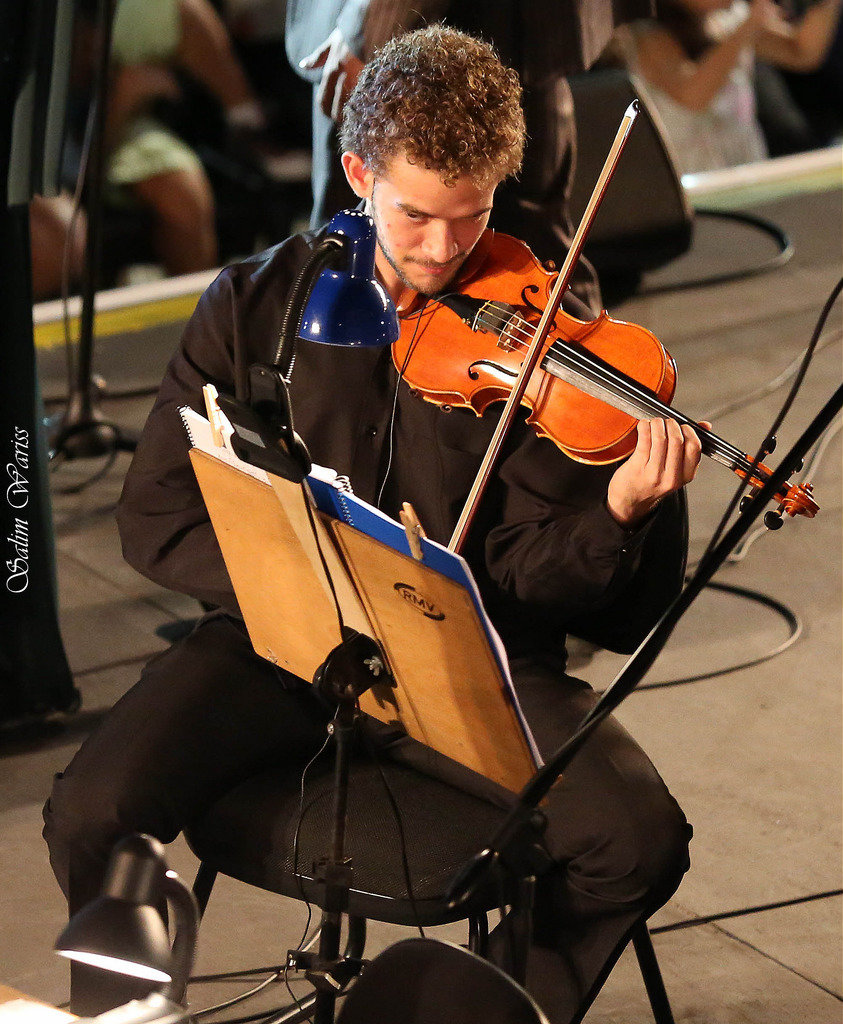 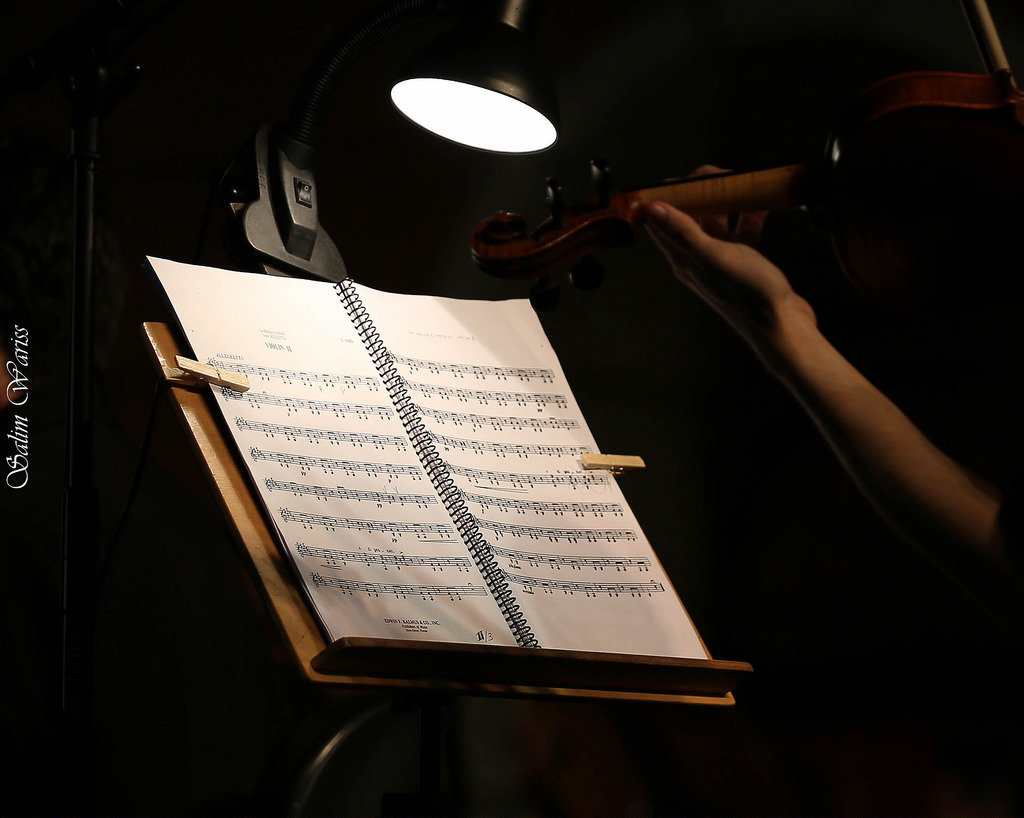 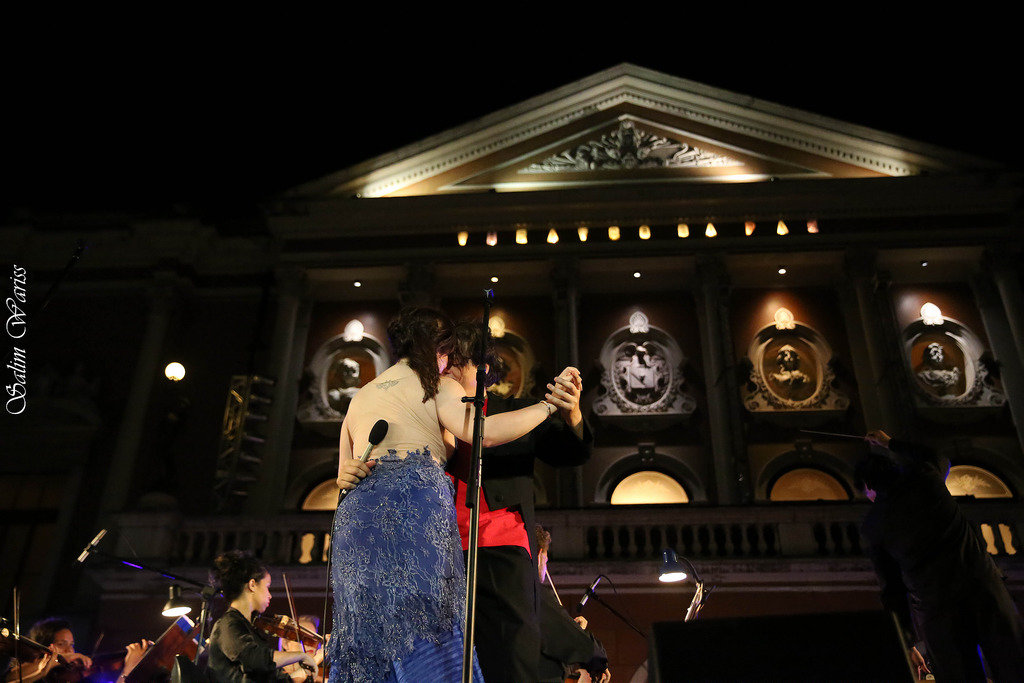