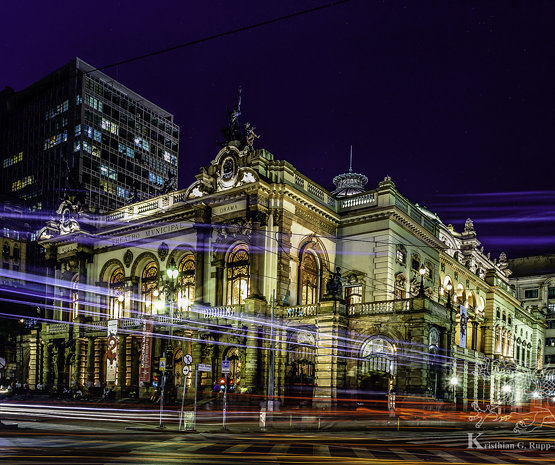 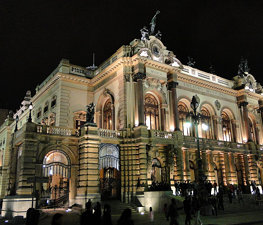 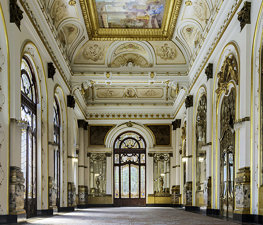 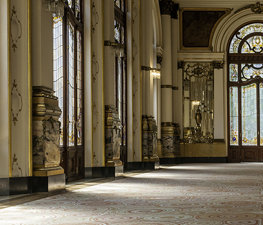 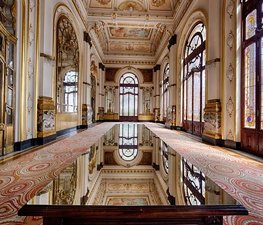 Municipal Theatre of São Paulo is a theatre in São Paulo, Brazil. It is regarded as one of the landmarks of the city, significant both for its architectural value as well as for its historical importance, having been the venue for the Week of Modern Art in 1922, which revolutionised the arts in Brazil. The building now houses the São Paulo Municipal Symphonic Orchestra, the Coral Lírico (Lyric Choir) and the City Ballet of São Paulo.

The idea of building a representative theatre for the city of São Paulo was inspired by its increasing importance on the international stage. From the beginning of 20th century it was inhabited by the Brazilian bourgeoisie, of which a great part was involved in the business of coffee farming. The city had also quite a large Italian population. So far, the city could only rely on the Teatro São José, actually there was some others quite big, even modest theatres in the city how, the Polythéama, or the Minerva, and the Apolo, but the São José it was the bigger of them, which after a fire was no longer suitable for large foreign productions. That is why the paulistana aristocracy demanded a creation of a new theatre, with a structure similar to some of the best theatres in the world and suitable for staging large opera productions.

The place which was chosen for the construction was Morro do Cha', or Tea Hill, which had been the site of the new Teatro São José. Ramos de Azevedo was the engineer assigned to the construction. He was also helped by two Italian architects Cláudio Rossi and Domiziano Rossi. In 1903, construction began, and São Paulo gained one of the best venues in the world for the presentation of theatre productions, mainly operas. As it was customary in those days, the majority of the materials was imported from Europe, and the architectural reference was Palais Garnier of Paris. The construction lasted about 8 years. The first staged production was the opera Hamlet by Ambroise Thomas. The initial idea was to present an opera Il Guarany, but the company, directed by an Italian Titta Ruffo, a celebrated baritone voice of the time, did not want to count on putting works by Brazilian composers in its repertoire. Also other problems had happened before the opening night. The stage decorations had not arrived in Brazil in time which caused the postponement of the opening date. When the new date arrived on 12 September 1911, the result surpassed all the expectations of the public and the city's dominant class.

Between 1912 and 1926, the theatre presented 88 operas of 41 composers (Italian, French, Brazilian and German), in 270 performances. But perhaps the most important event in the history of the theatre in that period and in all of its existence was not an opera, but something that would infuriate many paulistanos at the time: the Week of Modern Art in 1922.

The Week of Modern Art

Between 11 February and 18 February the Municipal Theatre hosted a Modernist event that has become known as "Semana de Arte Moderna" of 1922. During the seven days of events there was an exposition of the art of Brazilian Modernismo—a movement that sought to break away with strictly set patterns of European-influenced realistic paintings, drama, poetry, and music. In the evenings of 13, 15 and 17 February there were presentations of music, poetry and lectures on modernity in Brazil and the rest of the world. Modernism defied all the existing aesthetic and artistic values dominating painting, literature, poetry and other arts until that time. The "week" presented artists who were to become some of the most celebrated names in the Brazilian Modernist Movement, such as: Mário de Andrade—a writer, musician and folklorist--, Oswald de Andrade—a writer--, Tarsila do Amaral, Anita Malfatti and Menotti Del Picchia—all three painters. These artists formed the famous "Group of Five". Victor Brecheret—sculptor—Heitor Villa-Lobos—composer—and Di Cavalcanti—painter—were other celebrities who took part in the Week.

As the years went by, the theatre, which had been made almost exclusively for opera presentations, hosted also other artistic events, for example performances of dancers such as Anna Pavlova and Isadora Duncan. In the 1960s, under Mayor José Vicente Faria Lima, the building went through its first refurbishment because its walls had been repainted and the original project was deprived of its characteristics.

From the end of 20th century to the present day

In 1980s, the theatre went through further refurbishments, initiated by Mayor Jânio Quadros. Its main purpose was to restore the original works of Ramos de Azevedo. The external façade was restored with sandstone, originated in the same mine that had supplied material for the original building conception at the beginning of the century. The restoration was completed in 1991 under the Mayor Luiza Erundina. Now 100 years old, the Municipal Theatre of São Paulo is considered one of the most celebrated cultural venues in South America which has continually been hosting theatrical plays and operas by the greatest national and international playwrights and composers.The Municipal Theatre of São Paulo, actually has currently the biggest and best lyric production in South America.

Famous personalities who appeared in the theatre

Otel.com
If you love theatre and stunning architecture, visit this famous São Paulo landmark. This municipal theatre is home to the city's Municipal Symphonic Orchestra, Lyric Choir, and City Ballet.

Nicee Costa
The most beautiful place in Sao Paulo. Just being there is enough. Great operas, symphonies and other events. A good coffee shop serves soups, pies and champagne before events.

pablo borges
Check out the architecture of this beautiful theatre. Sambarock on sundays at 19pm!

Şefik Tetik
The tour is very slow and boring but the theater is great. Go there and see it.

The Museum of the Portuguese Language (Portuguese: Museu da Língua

Santuário Sagrado Coração de Jesus is a tourist attraction, one of th 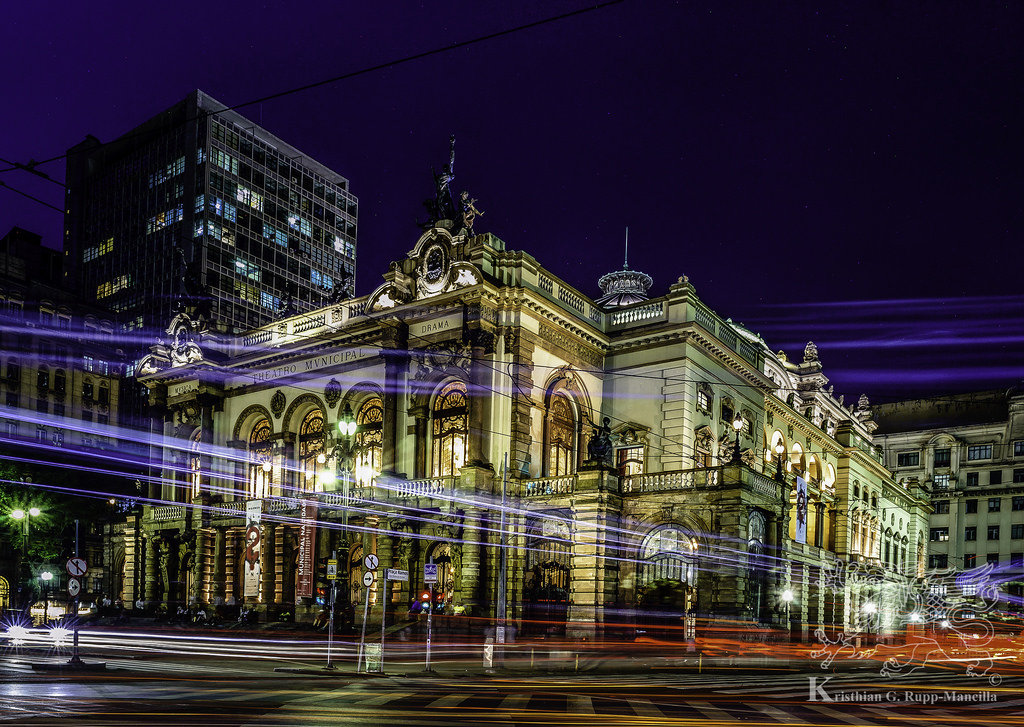 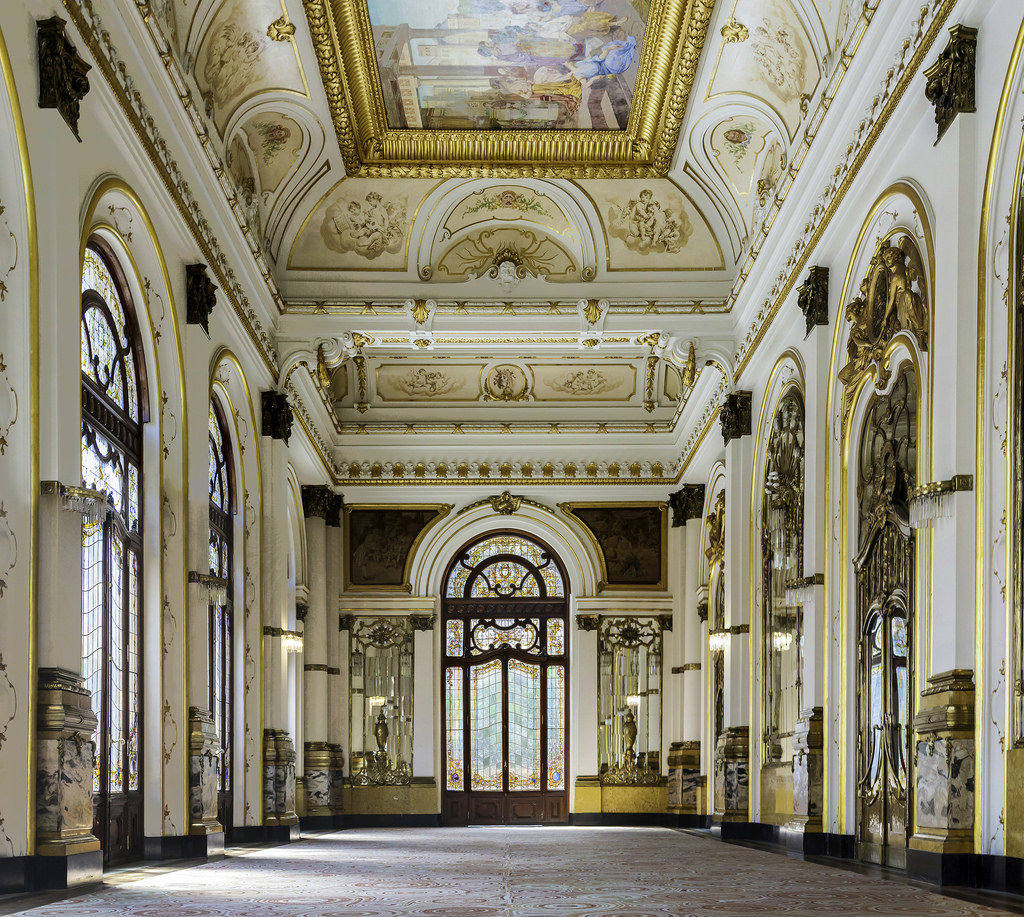 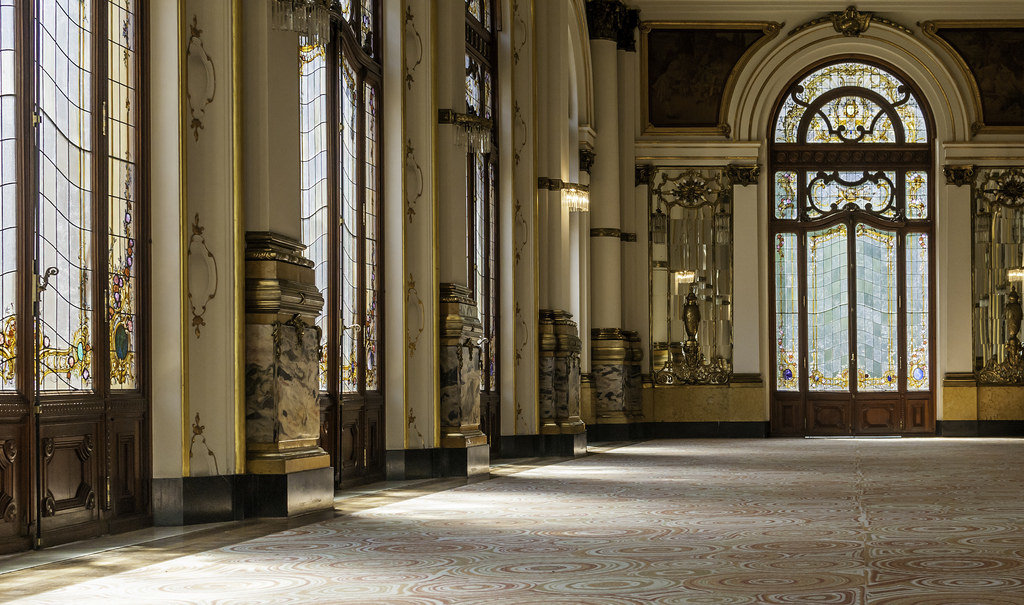 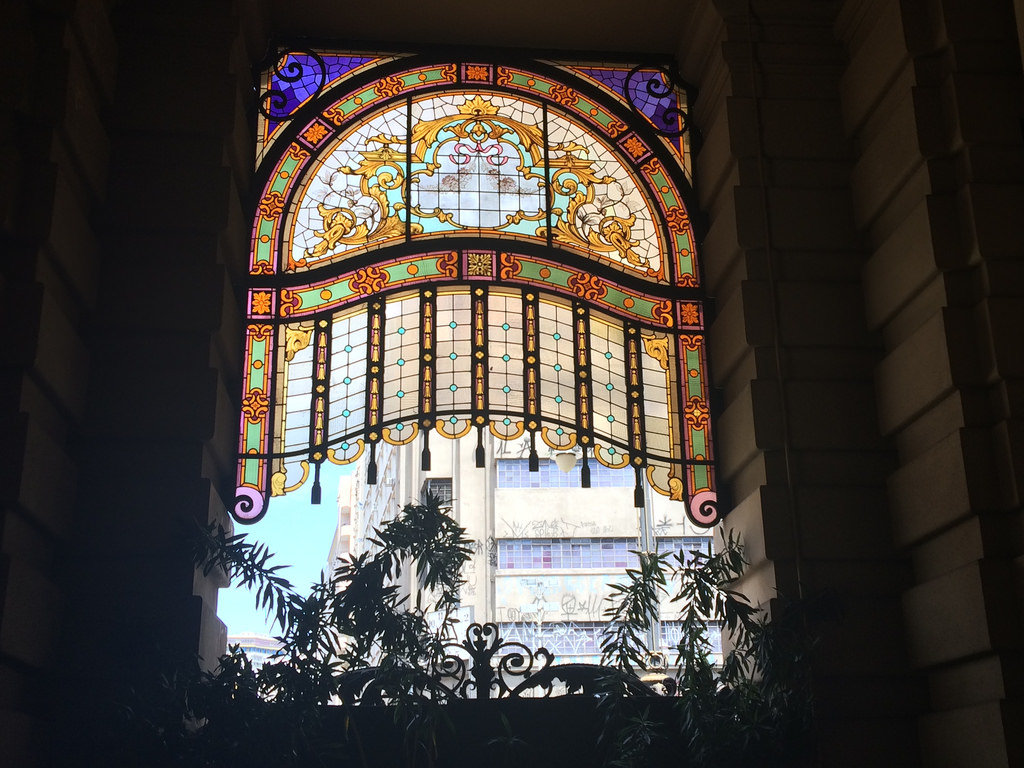 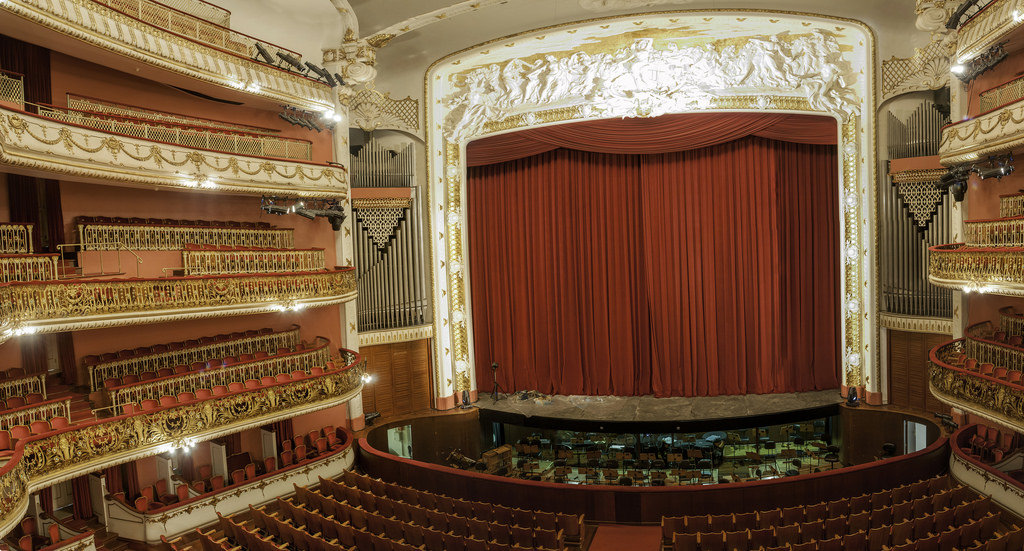 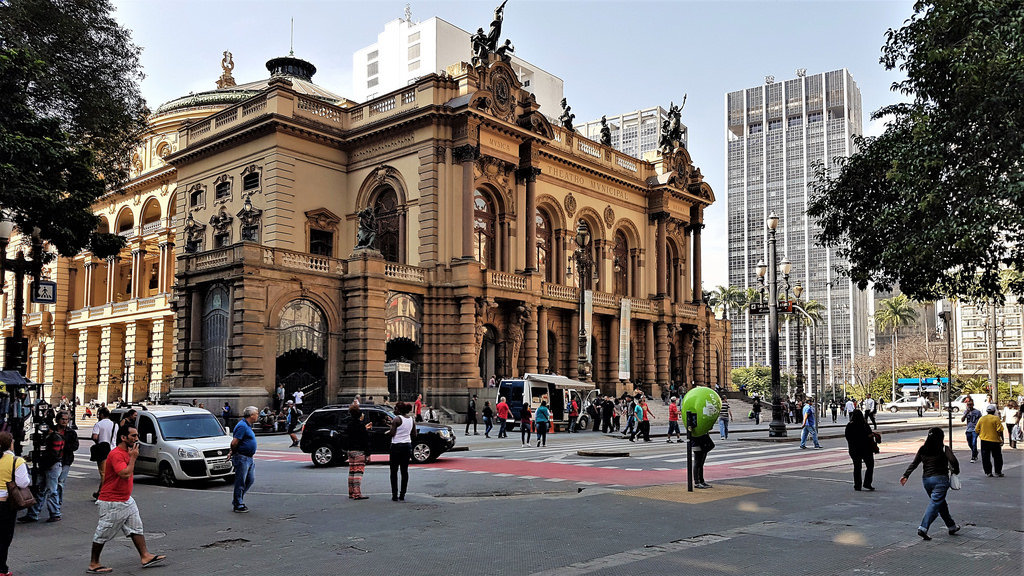 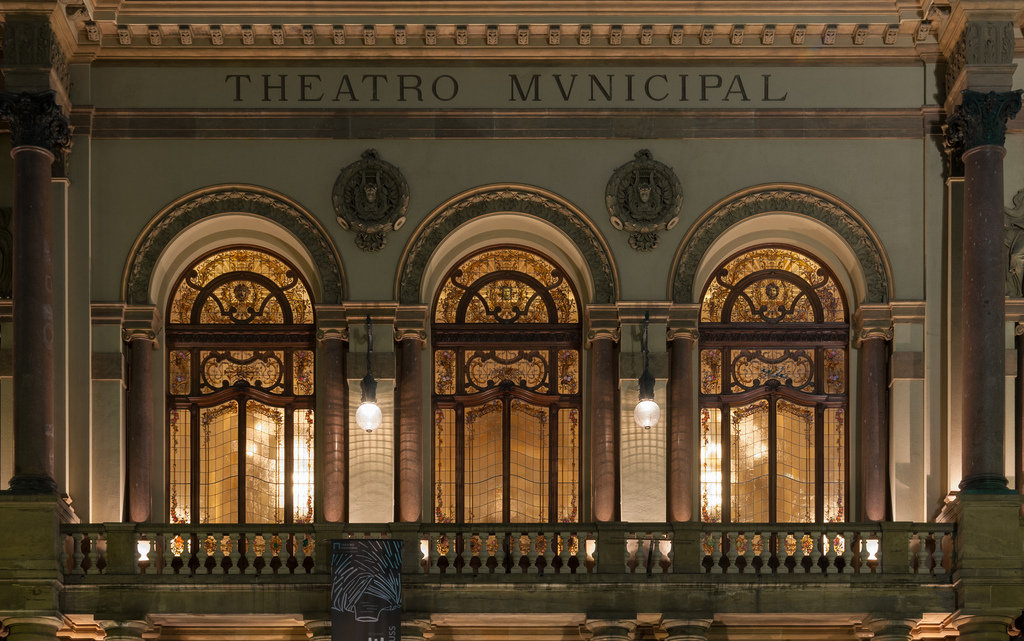 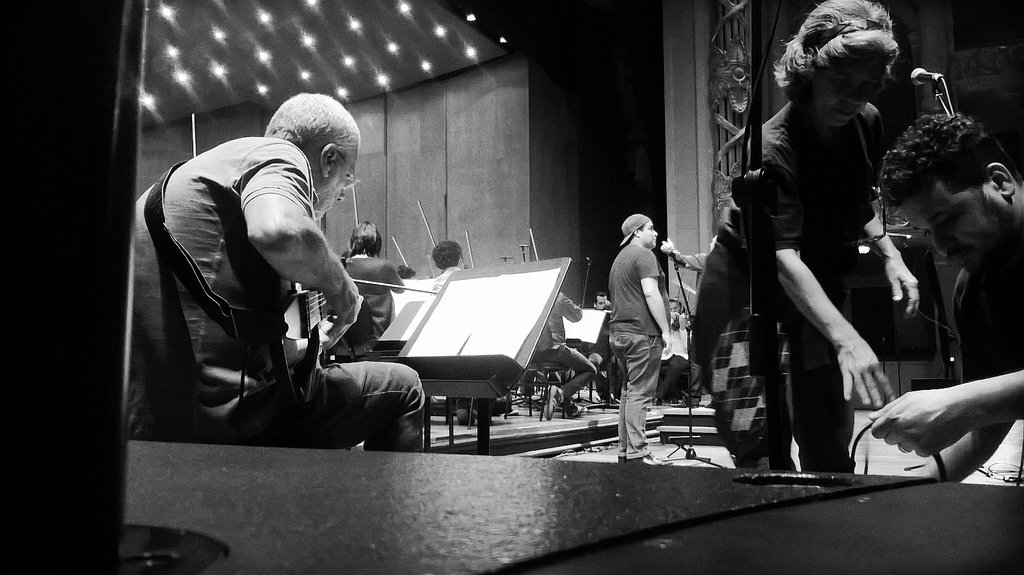 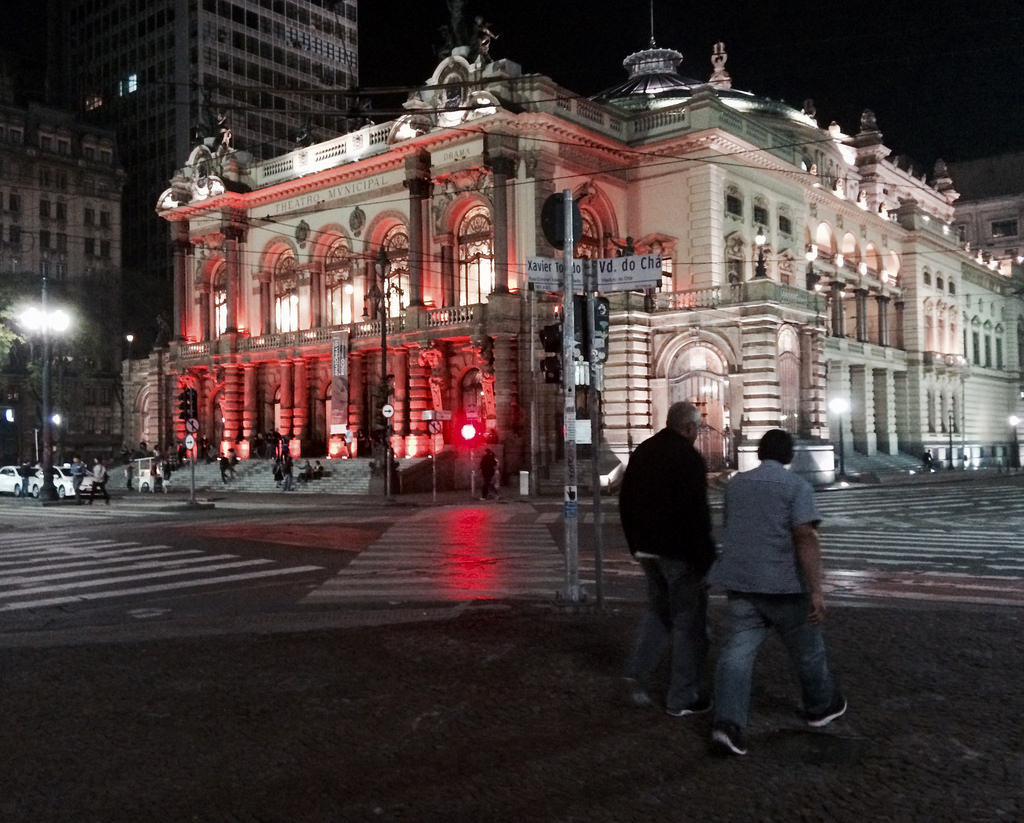 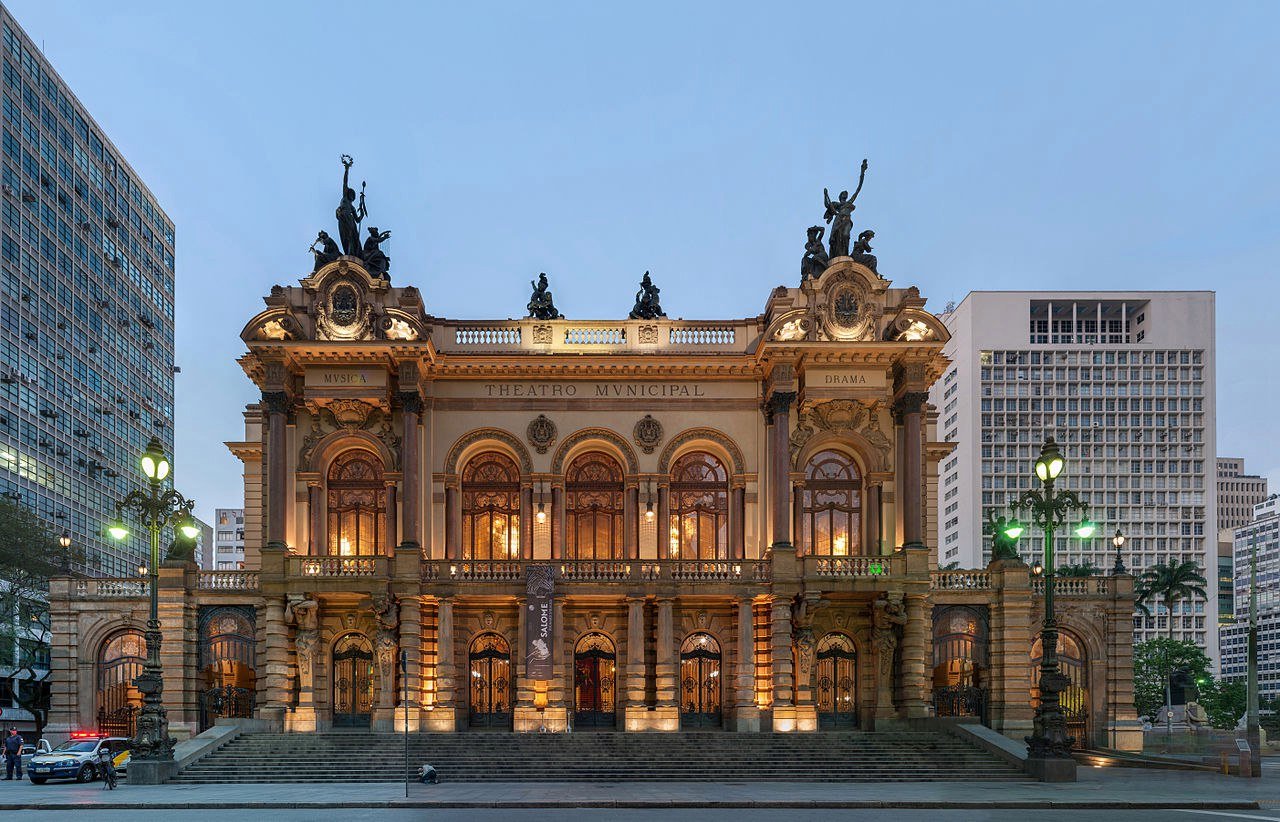 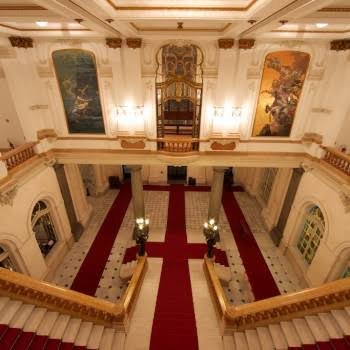 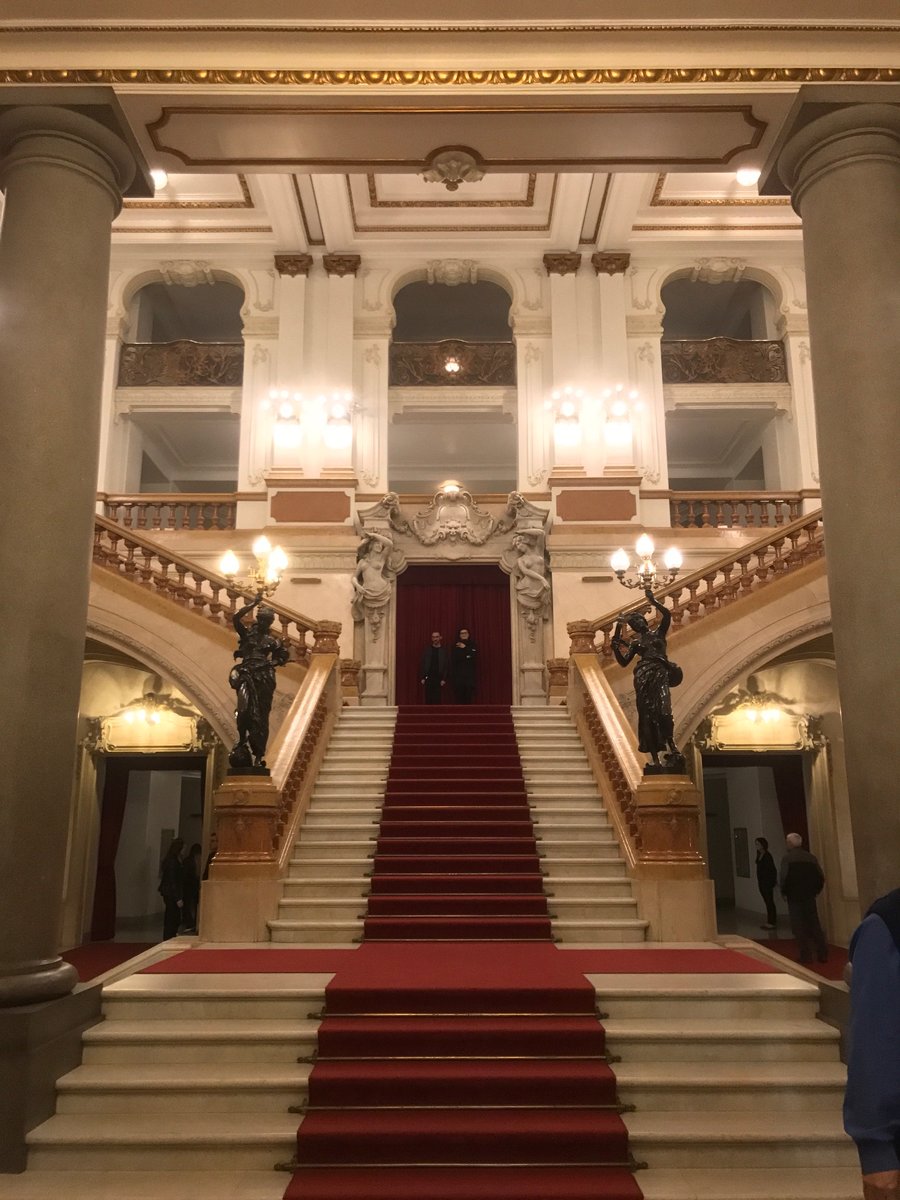 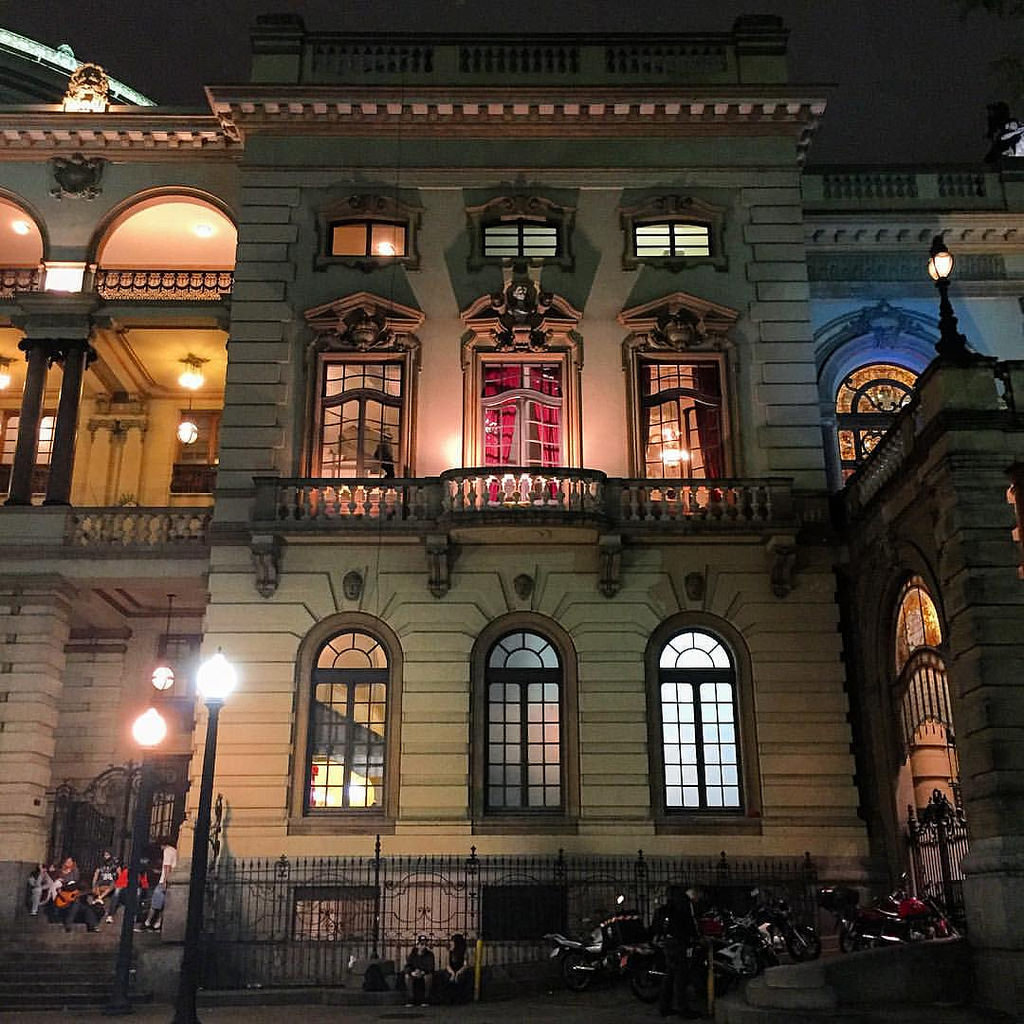 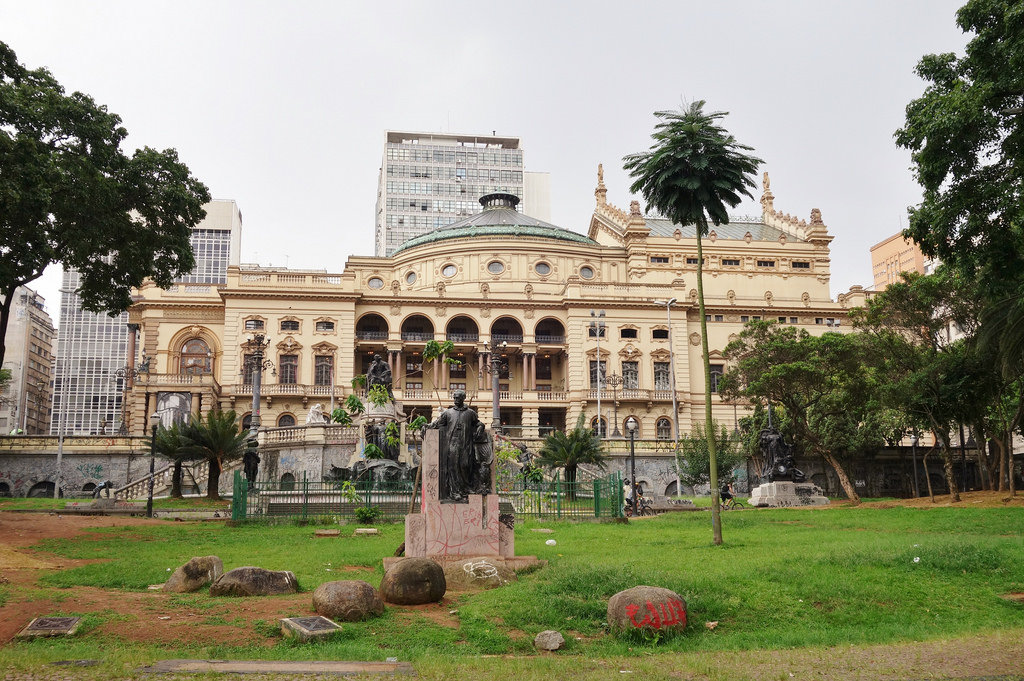 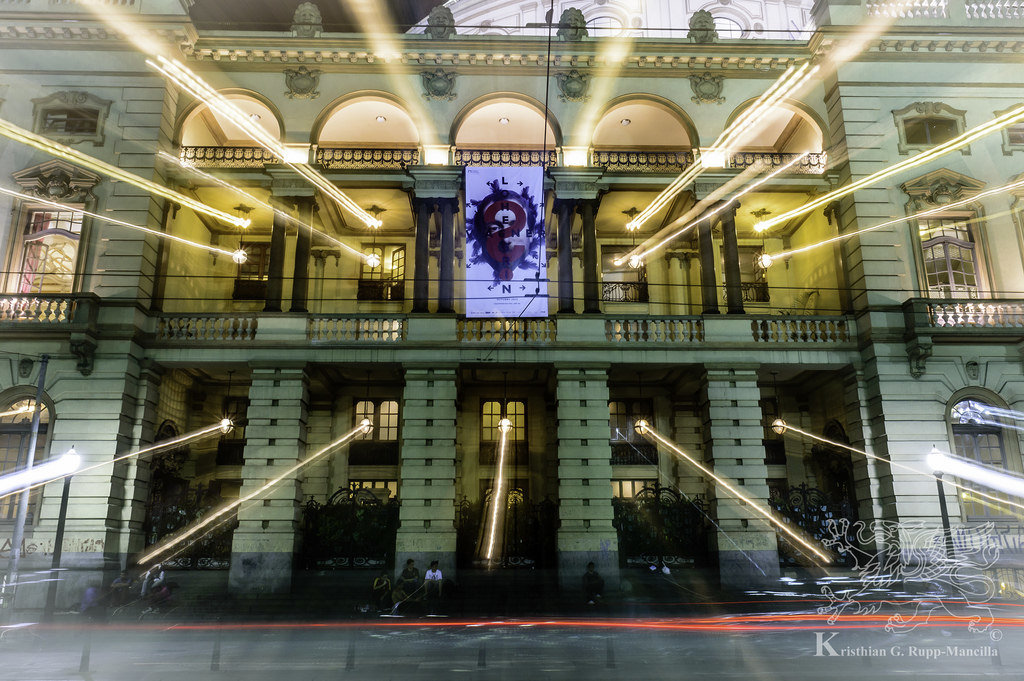 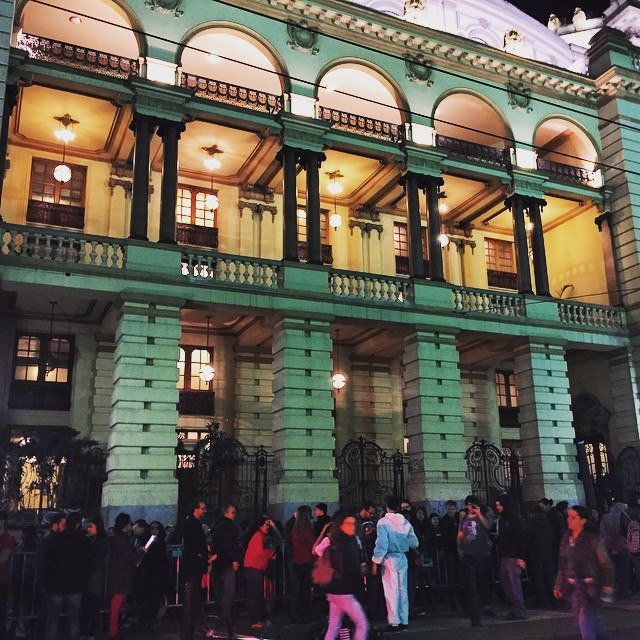