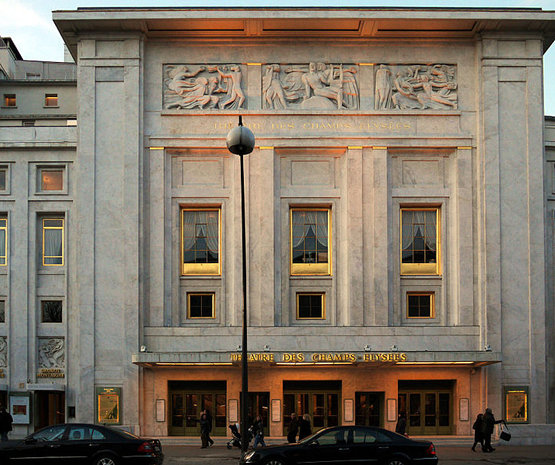 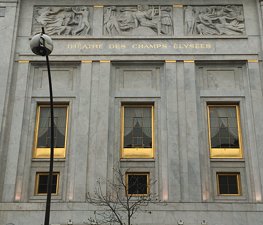 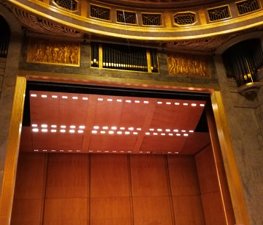 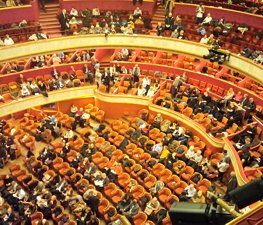 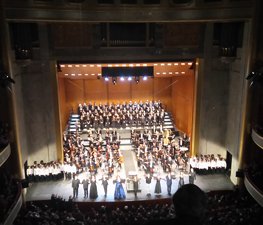 The Théâtre des Champs-Élysées is a Parisian theatre, famous for being the place of the scandal related to the first performance of Igor Stravinsky's The Rite of Spring in 1913.

In spite of its name, it is not located on Champs-Élysées, but at 15, avenue Montaigne, still in the VIIIe arrondissement of Paris, France.

Completed in 1913, the venue is one of the few major examples of Art Deco in Paris. It is the work of architect Auguste Perret, with an exterior bas relief by Antoine Bourdelle, a dome by Maurice Denis, paintings by Édouard Vuillard and a stage curtain by Xavier Roussel.

The theatre was founded by journalist and impresario Gabriel Astruc with a view to providing a venue suitable for contemporary music-making, dance and opera, unlike traditional, more conservative institutions such as the Paris Opera. Accordingly, it housed the Ballets Russes for its first season and consequently the world première of what many deem to be the most influential ballet and musical work of the twentieth century: the Rite of Spring.

Although the theatre is a private venture, it is sponsored by the Caisse des Dépôts et Consignations, which has owned the building since 1970.

Nowadays, the theatre shows about three staged opera productions a year, mostly baroque or small-orchestra pieces, in accordance with the moderate size of its stage and orchestra pit. In addition, it houses an important concert season. It is home to two orchestras: the Orchestre National de France and Orchestre Lamoureux, as well as the French base of the Vienna Philharmonic Orchestra. The Orchestre Philharmonique de Radio France and Ensemble orchestral de Paris play most of their concerts there too. Some dance, chamber music, recital and pop events also take place at the Théâtre des Champs-Élysées.

Prices can be very expensive for the main stage, and vary widely even for a particular event, from €5 for restricted visibility to €150 for the best seats (April 2006). Avenue Montaigne is one of the most exclusive streets in Paris; it is twinned with Madison Avenue in New York.

The theater, both the outside and the inside has been featured in the 1973 French espionage movie Le Silencieux, in a role somewhat similar to the one played by the Royal Albert Hall in Hitchcock's The Man Who Knew Too Much.

E A
THE concert spot in Paris ! Arrive 1h before the concert(s) and you may get last minute tickets at VERY cheap prices ! :)

Bobo Chuckleworth
One of the grand classical music concert halls of Paris.

Pont de l'Alma (Alma Bridge in English) is an arch bridge in Paris, 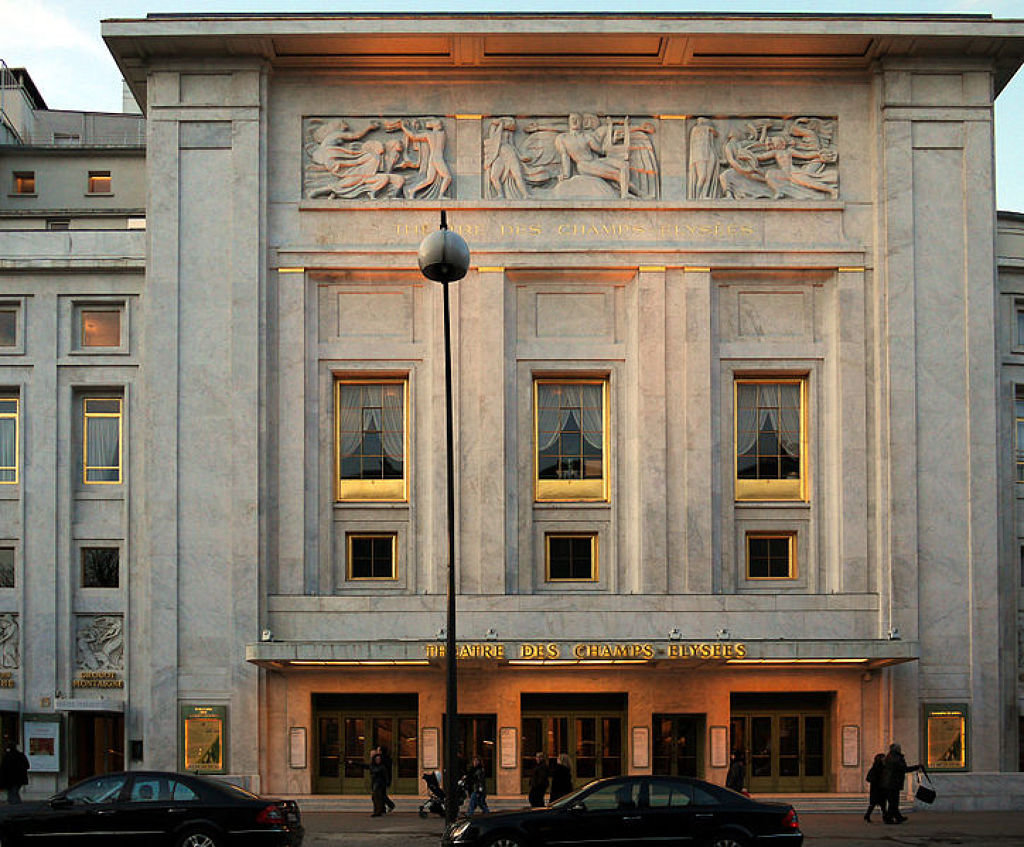 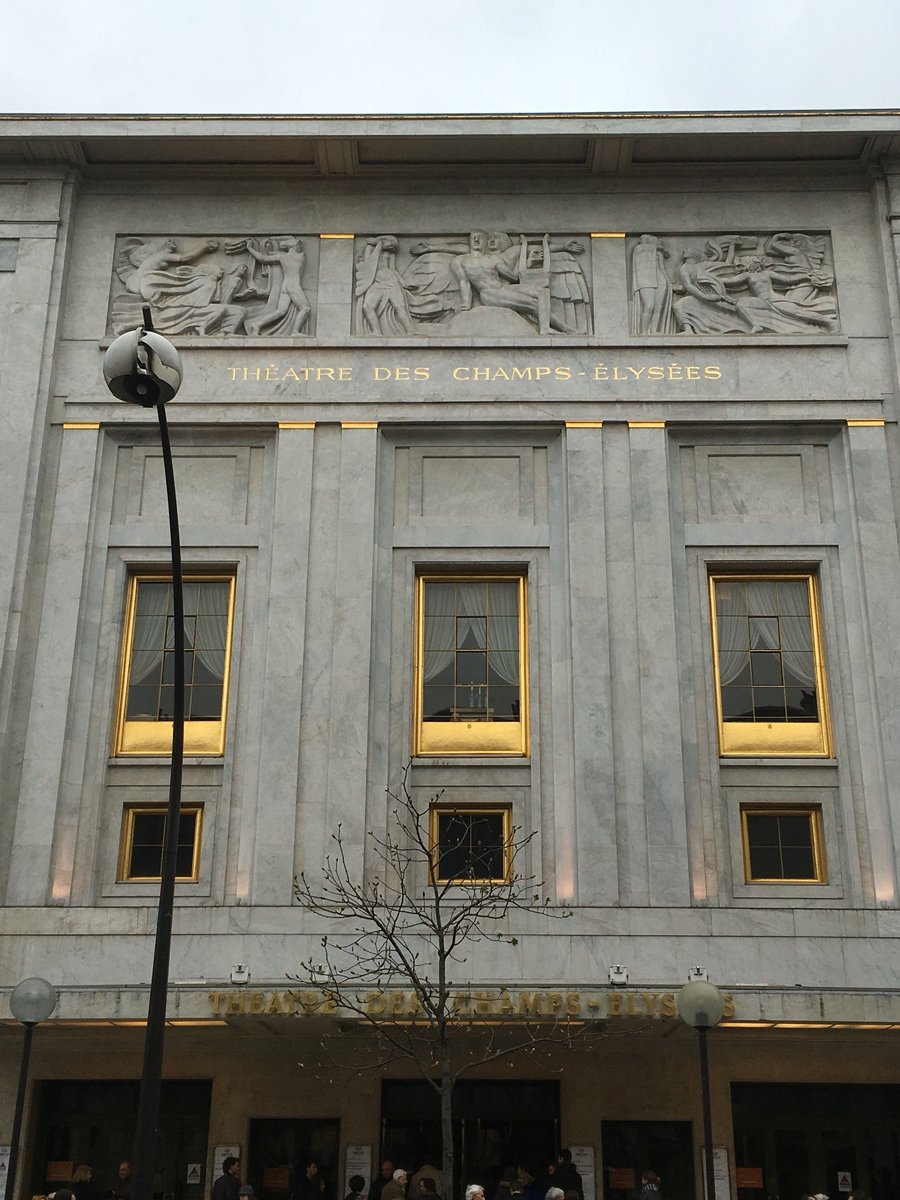 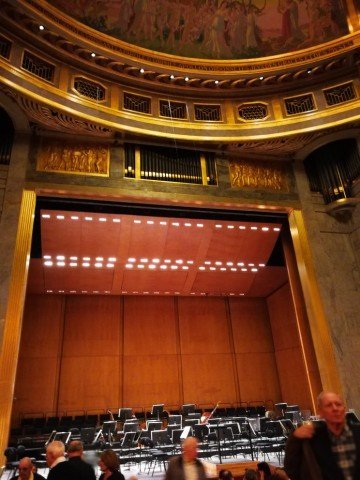 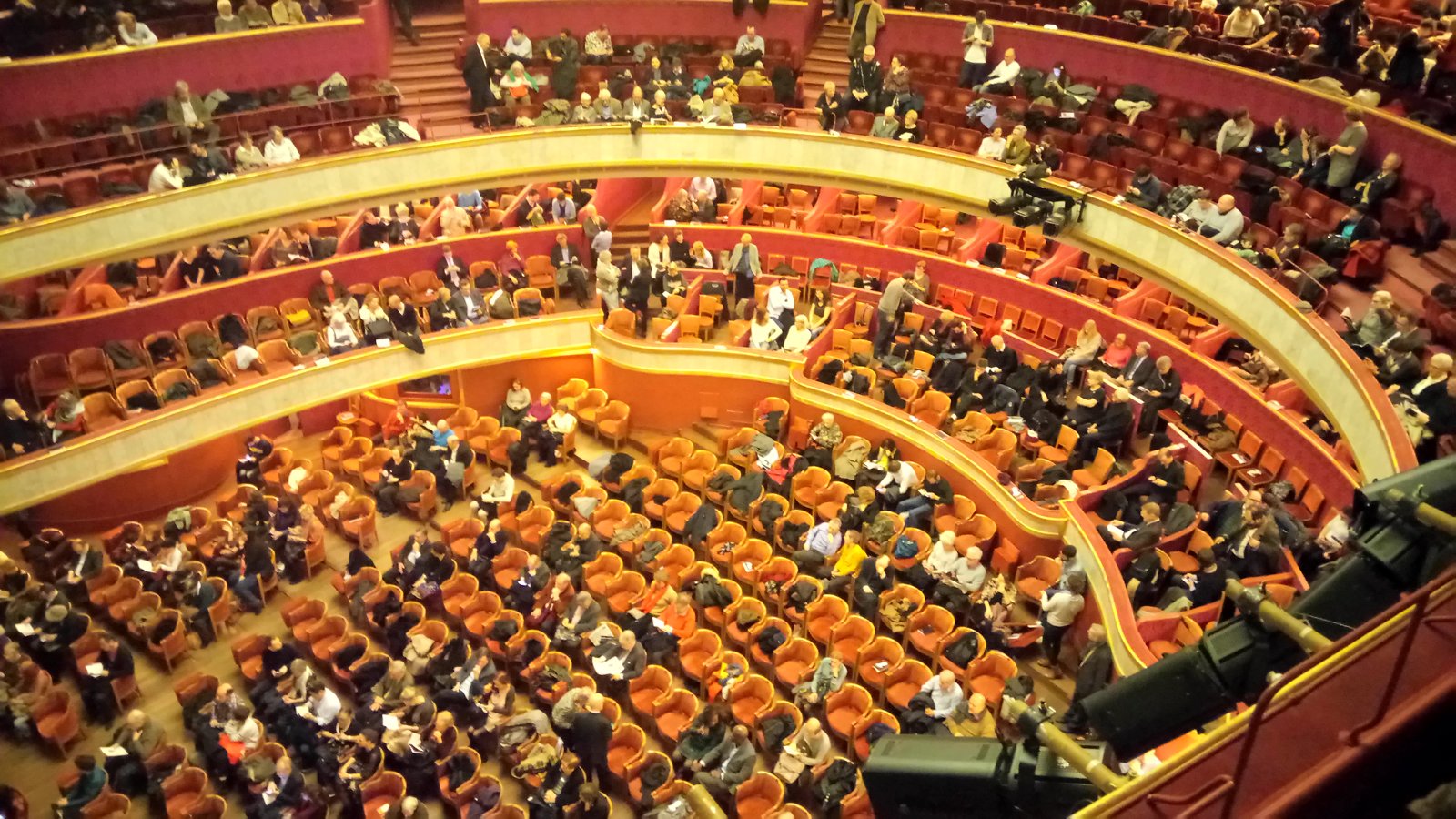 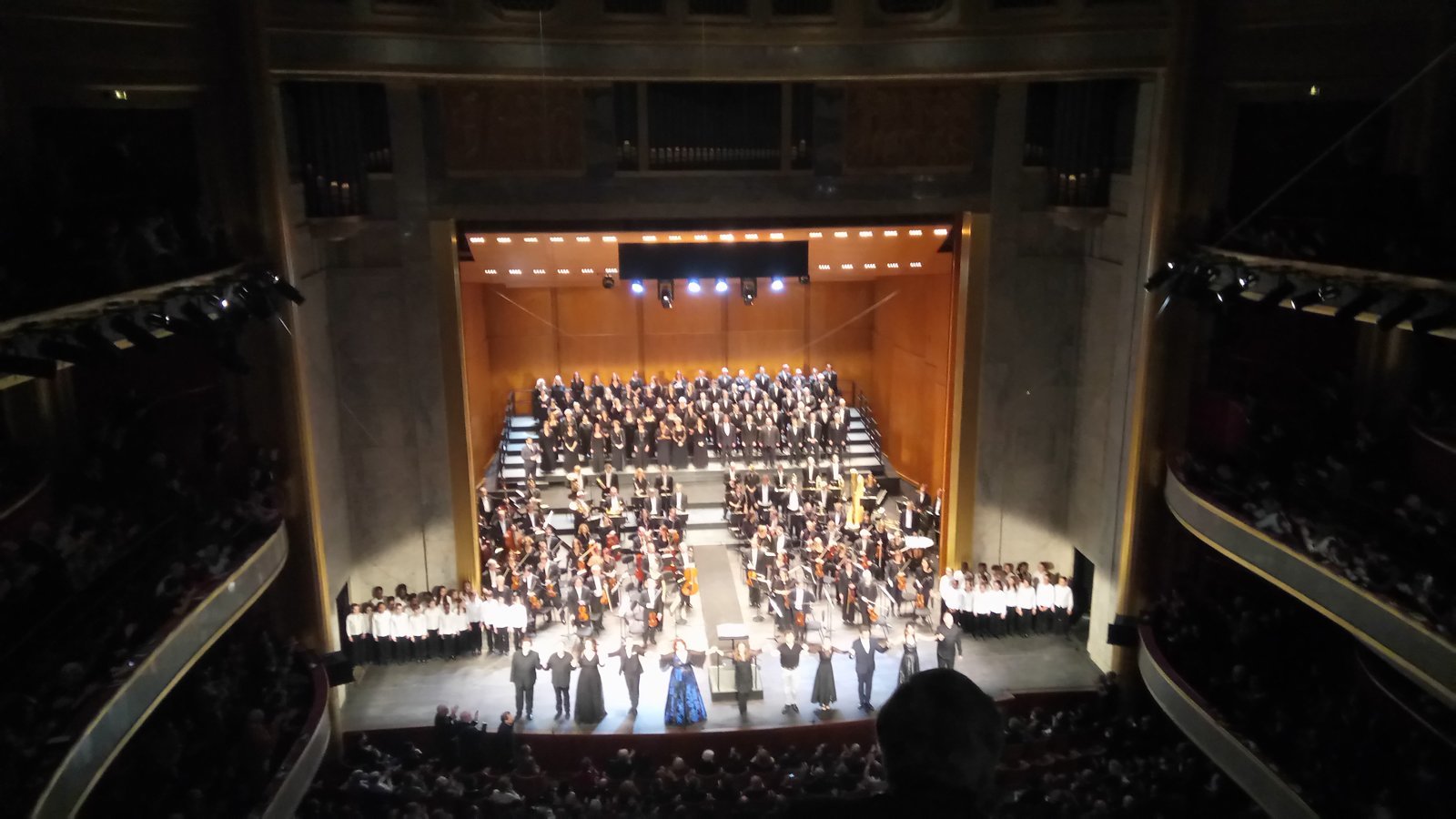 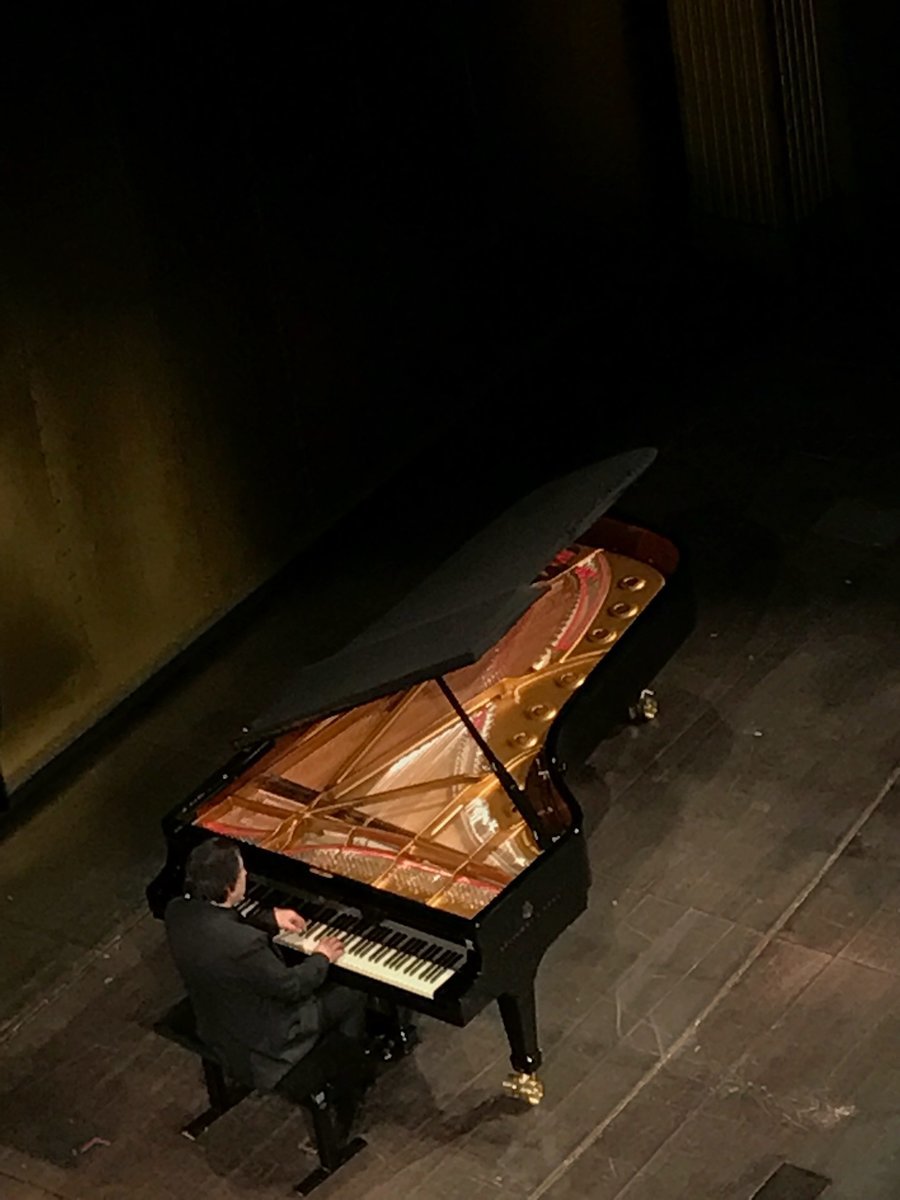 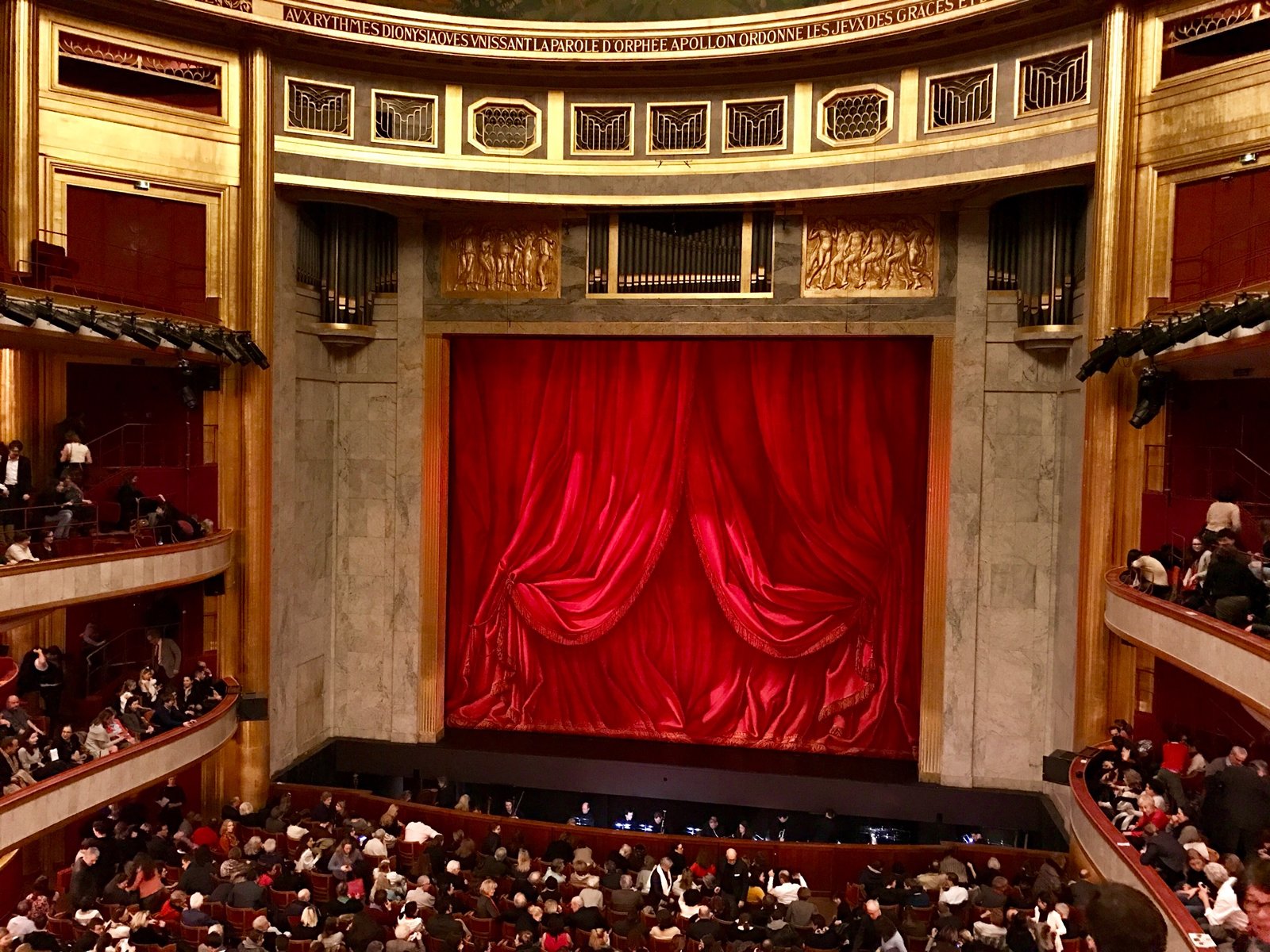 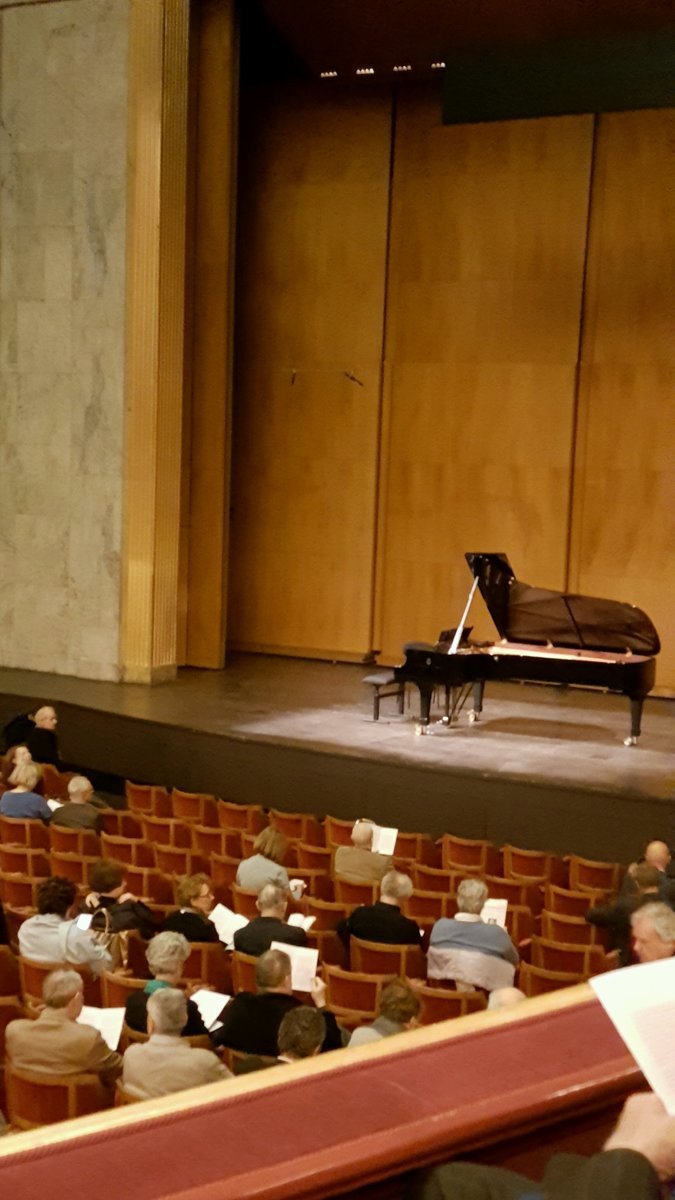 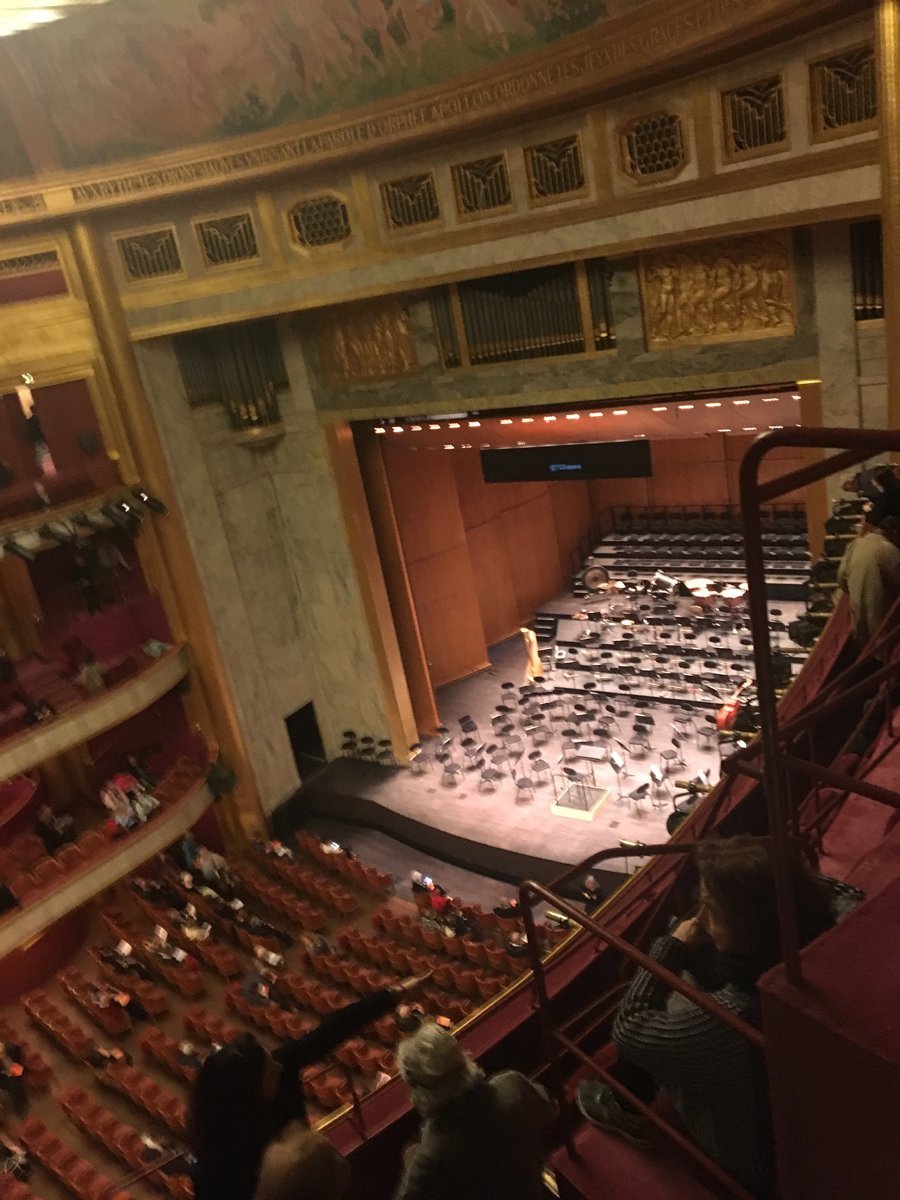 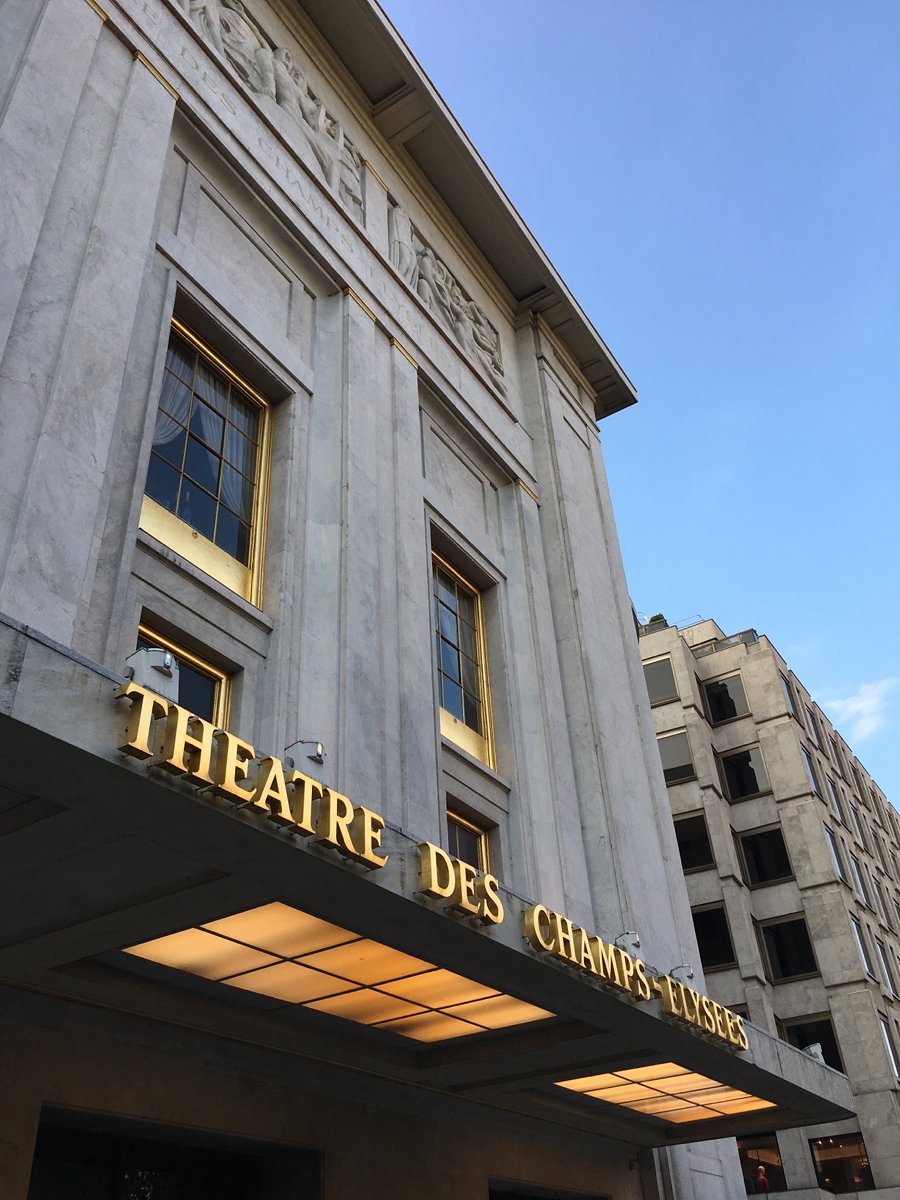 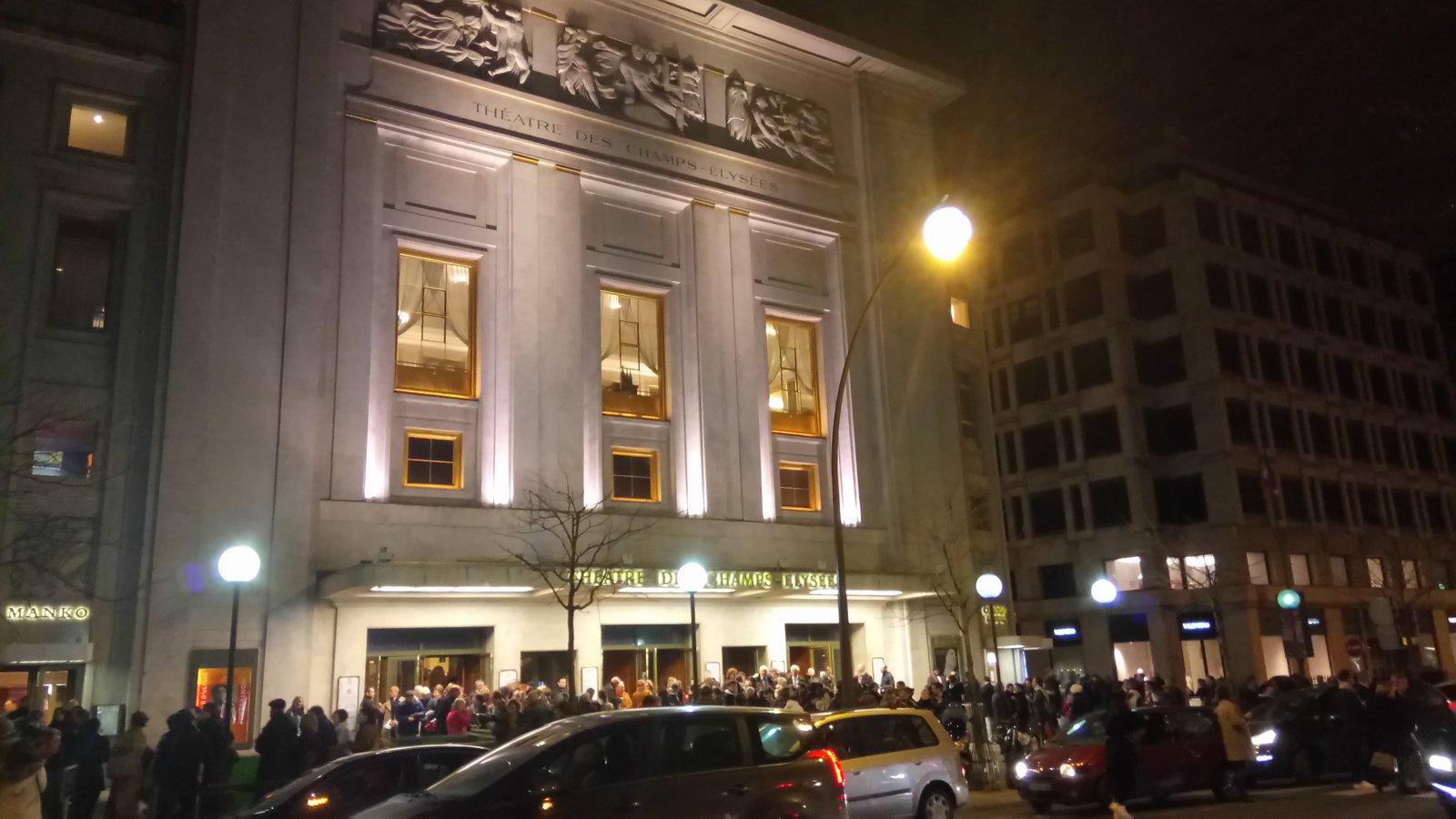 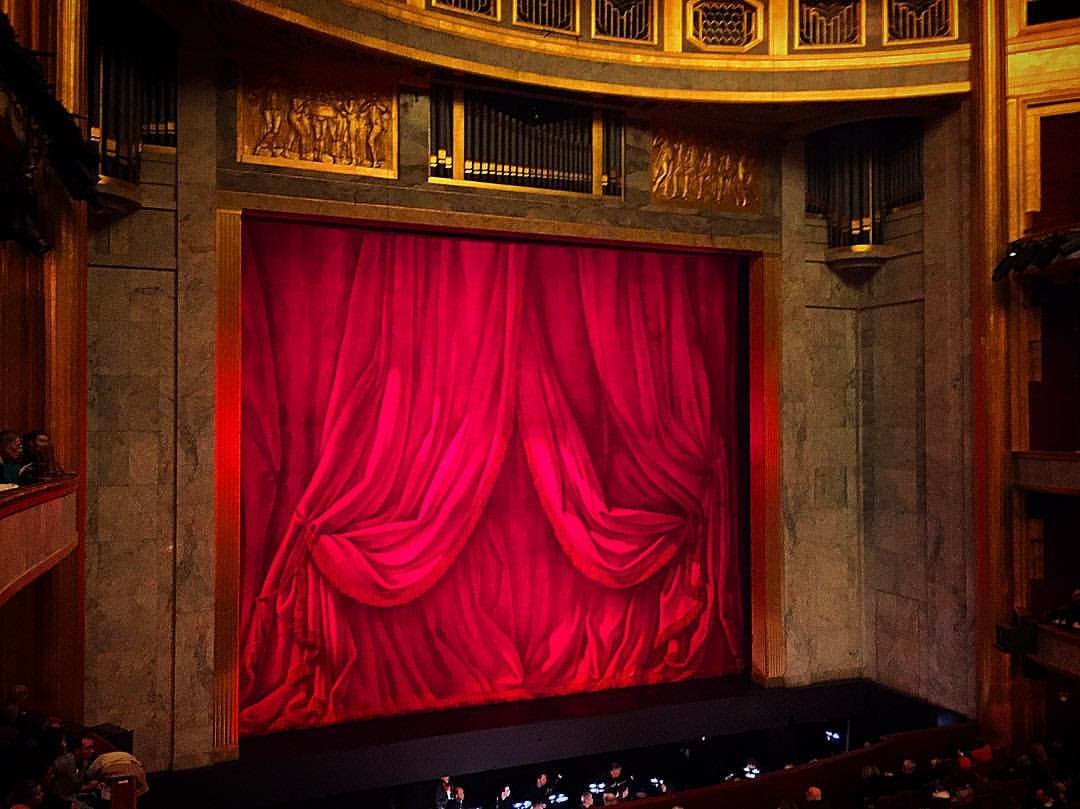 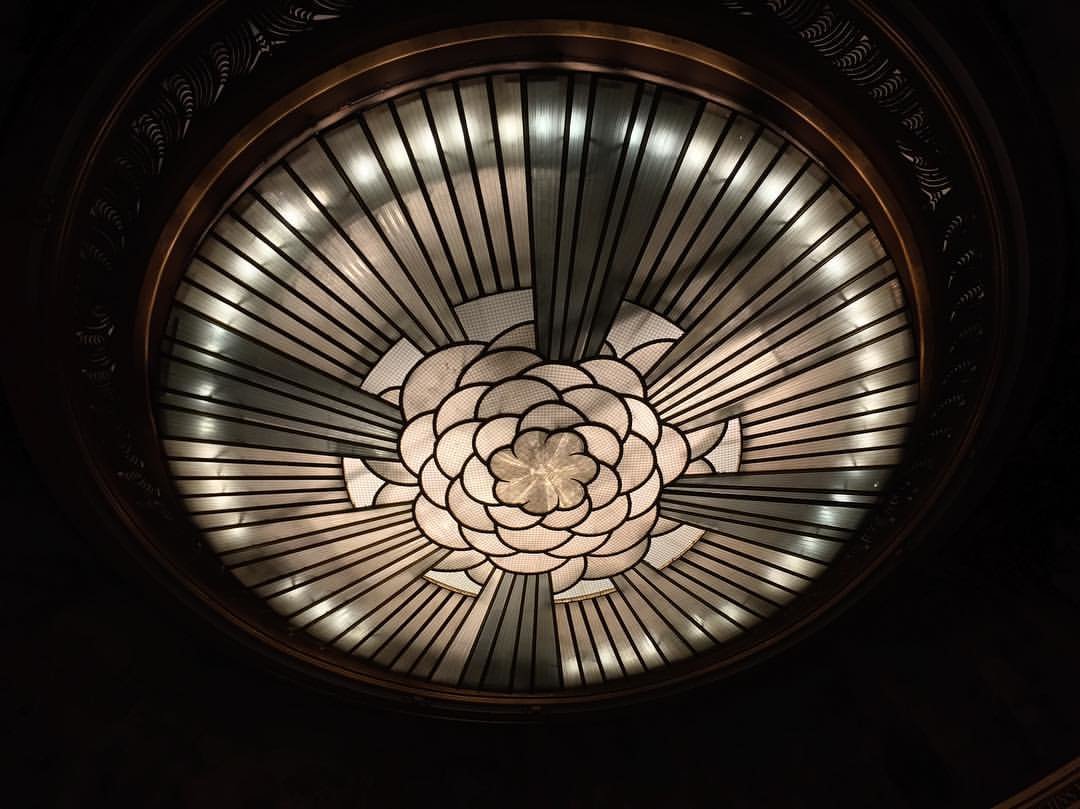 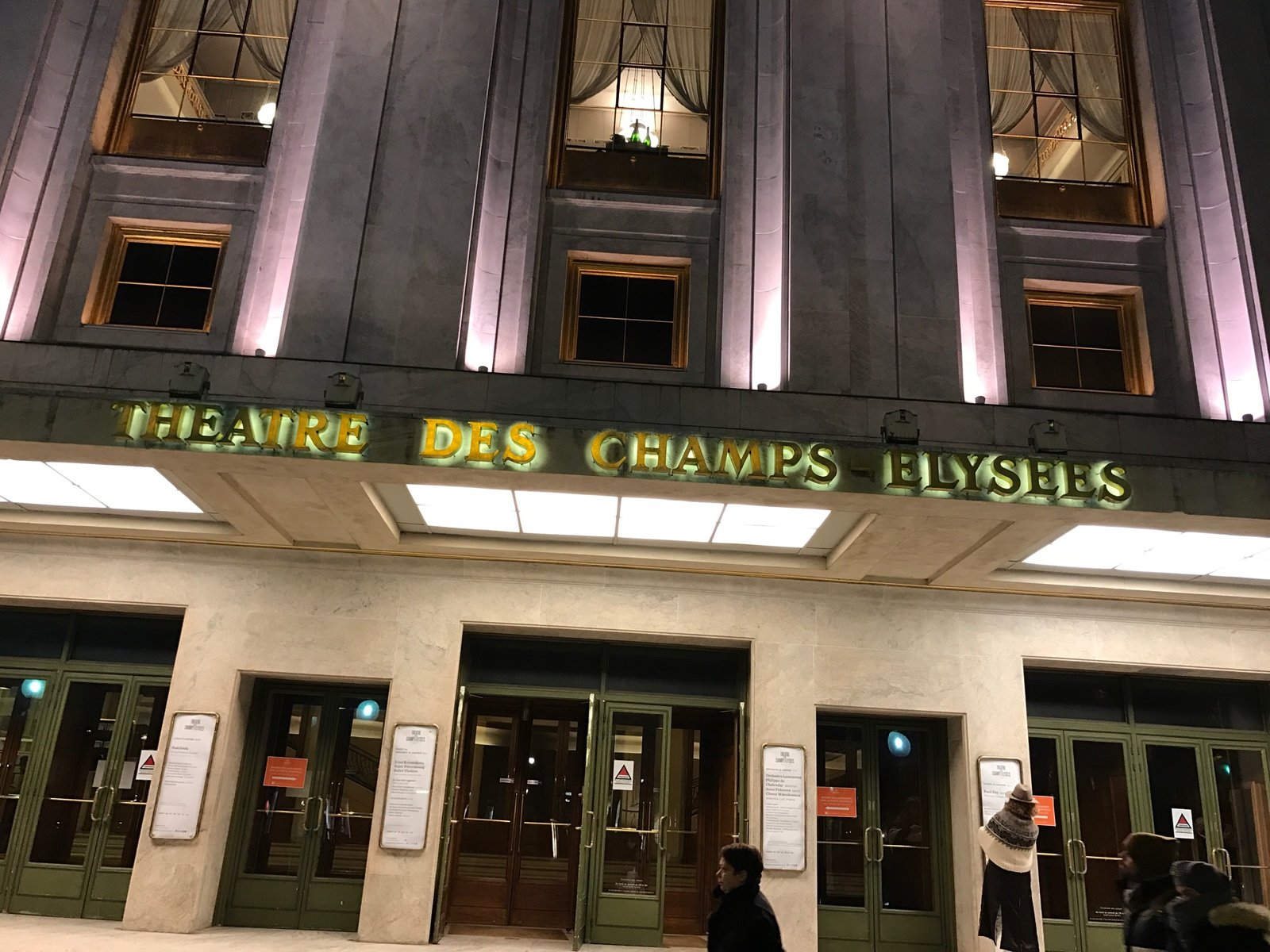 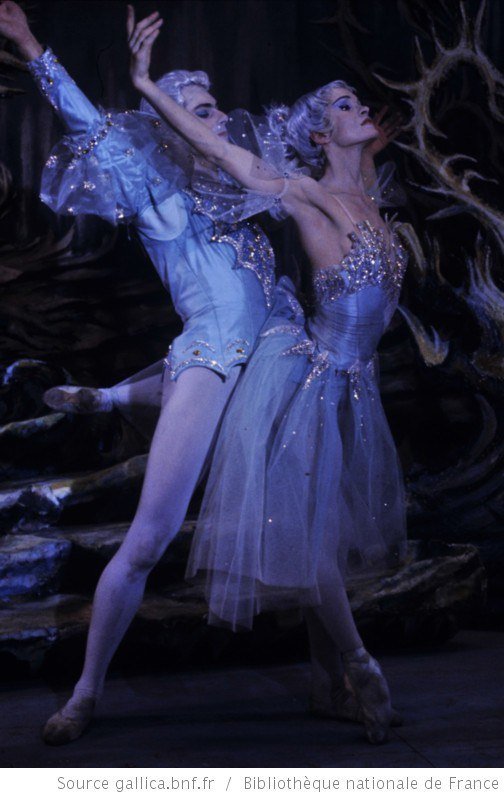 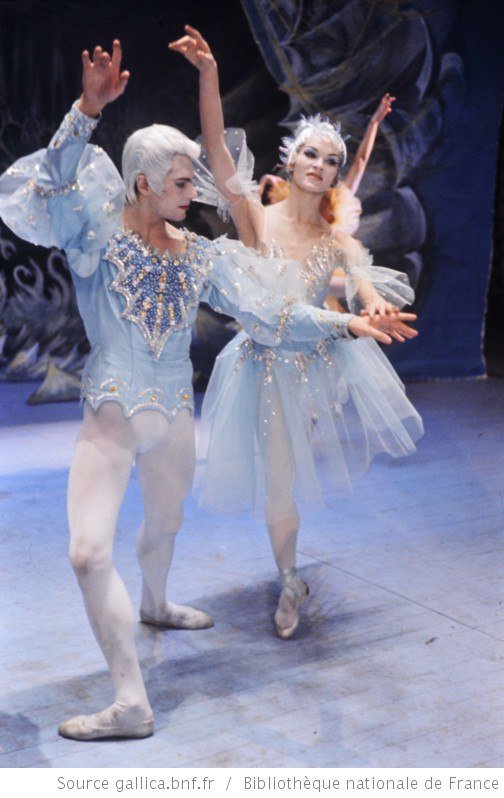 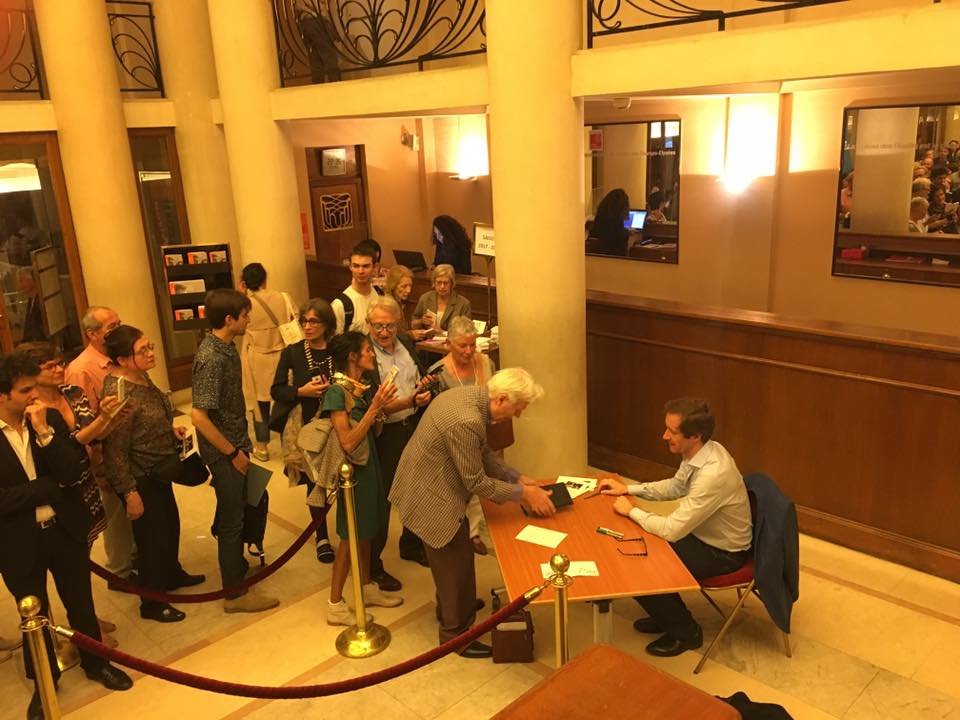 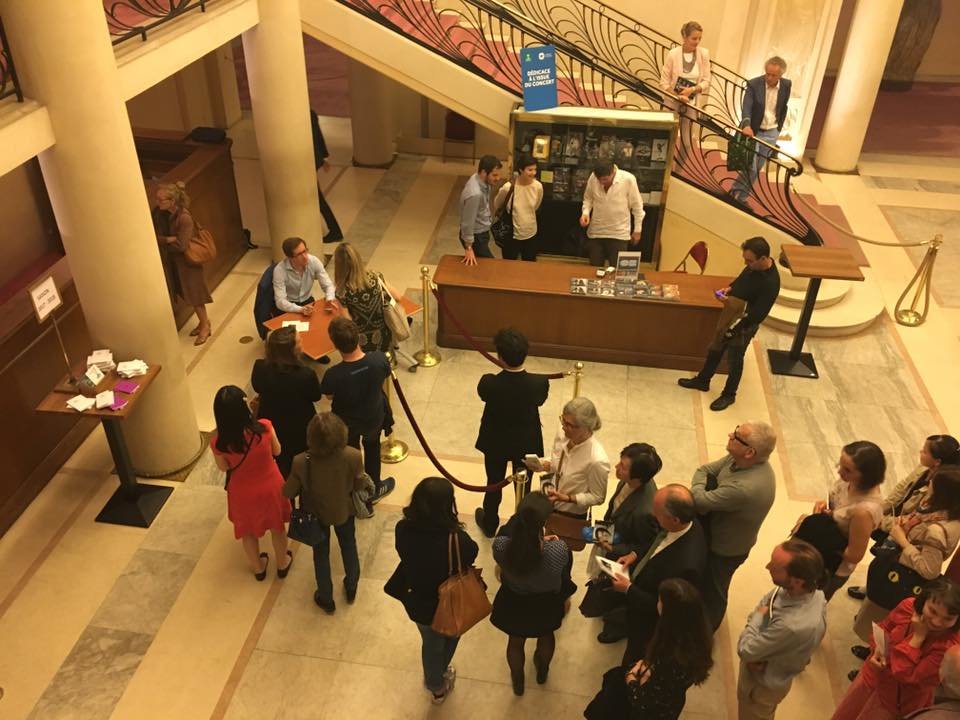 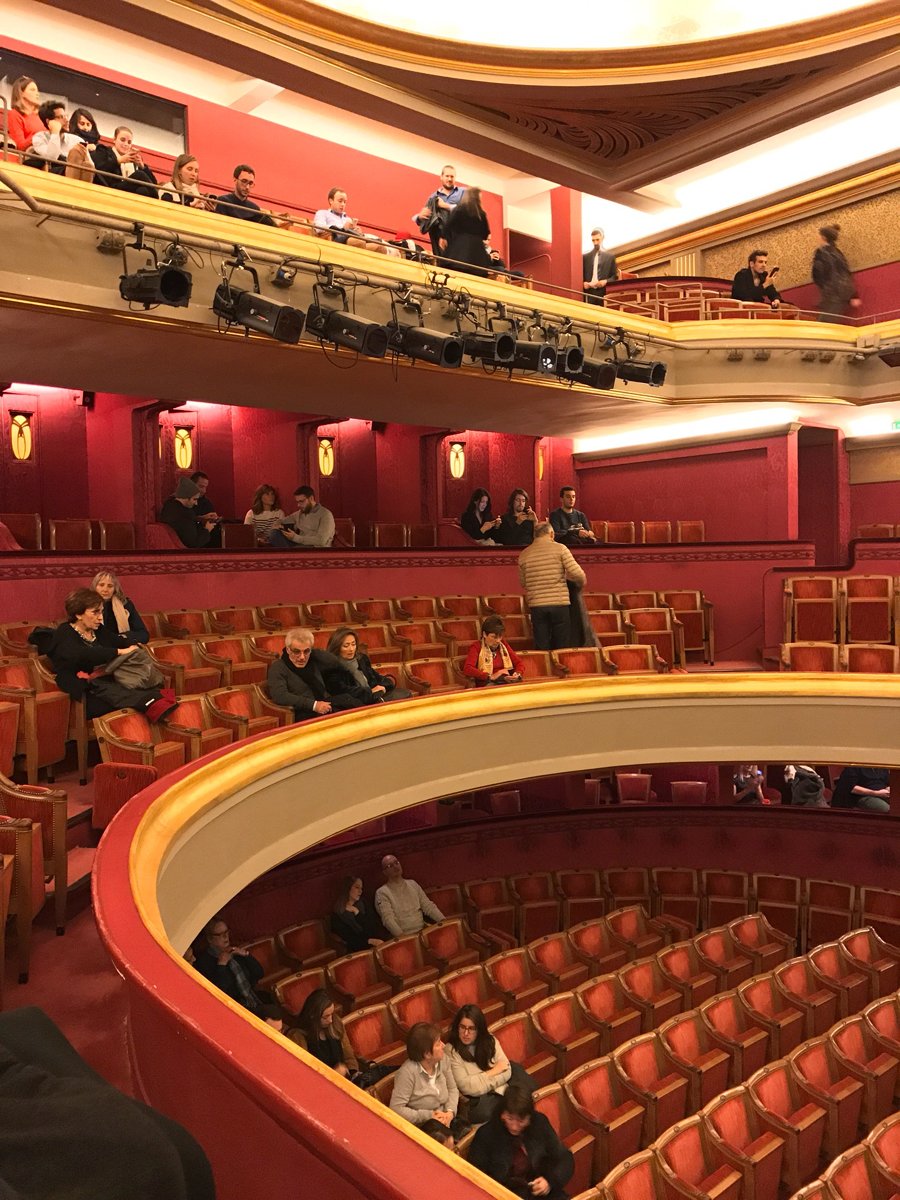 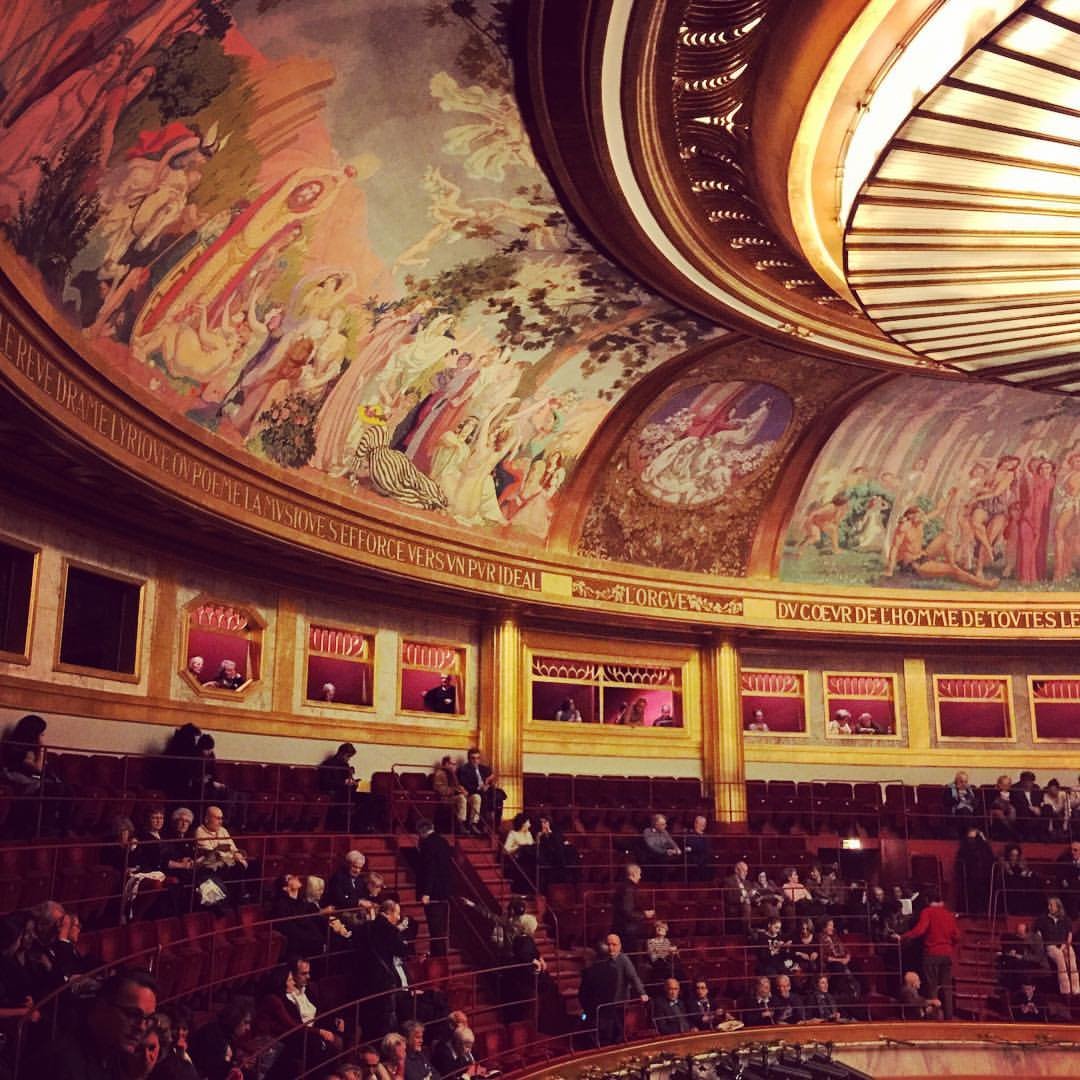 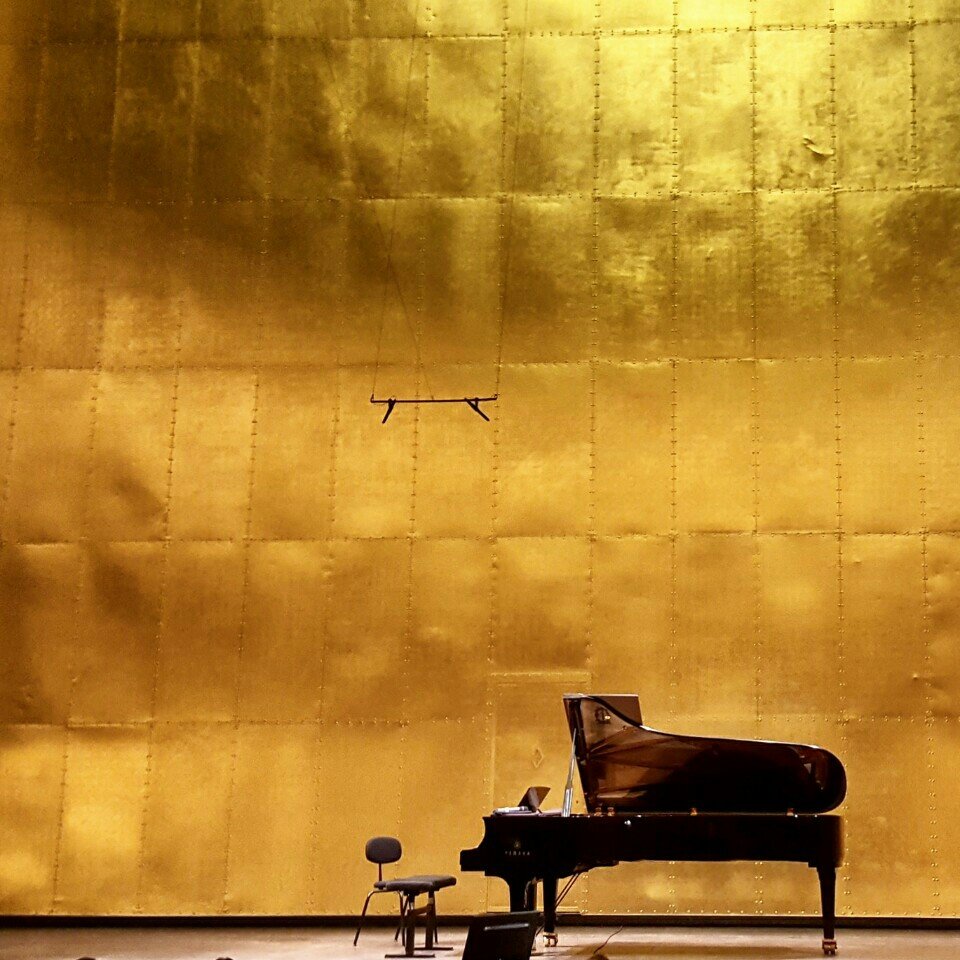