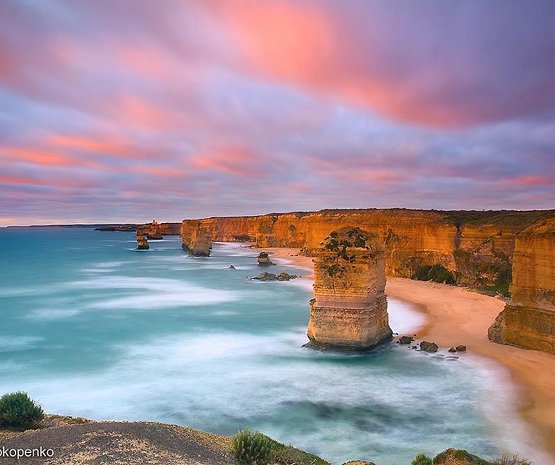 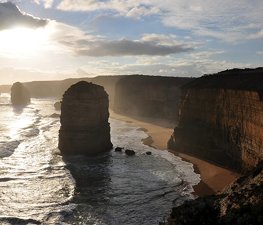 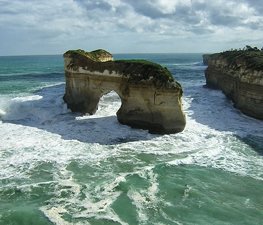 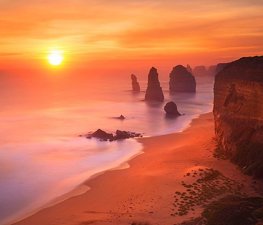 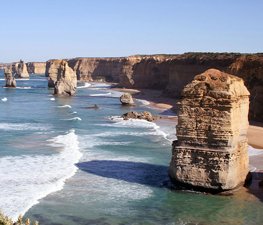 The Twelve Apostles is a collection of limestone stacks off the shore of the Port Campbell National Park, by the Great Ocean Road in Victoria, Australia. Their proximity to one another has made the site a popular tourist attraction. Originally the site was called the Sow and Piglets. Muttonbird Island near Loch Ard Gorge was the ‘Sow’ and the smaller rock stacks the 'Piglets'. The name was changed in the 1950s to present the name recalling the biblical The Twelve Apostles.

This was done to lure more visitors to the state[]. Despite the name there are not twelve individual stacks visible in any one location.

The Twelve Apostles are between the towns of Port Campbell and Princetown on the Great Ocean Road. In the early 2000s a visitor centre was built on the inland side of the road to allow for easy parking and access to the best viewing area. Helicopter rides around the formations are also available.

Creation of the Apostles

Erosion of the Apostles

The stacks have been formed by erosion, and are all different heights and thicknesses. A number have fallen over entirely as waves continually erode their bases.

A 50-metre tall Apostle collapsed on July 3, 2005. Although it was initially thought that one of the Twelve Apostles fell on September 25, 2009 it was later revealed that it was one of the smaller stacks known as The Three Sisters.

Other well-known features in Port Campbell National Park created by erosion are the London Arch, Loch Ard Gorge and the Island Archway

The rate of erosion at the base of the limestone pillars is approximately 2 cm per year.

Steve
Be prepared, the twelve apostles can get quite cold and windy in all seasons. Bring a jacket just in case. But always worth it for the views.

Lisa G
Amazing views of the 12 Apostles & totally worth the push & shove of the hoards of tourists. The visitor kiosk is terrible, it doesn't even sell postcards! Visit Gibson's steps to get to the beach.

Ali Zili
It doesnt really matter which part of a day u decide to spend here! however early morning photos are very unusual with a mysterious mist, moreover, sunset time highlights the beautiful colors!!!

VisitGreatOceanRoad
One of the most well-known highlights of the Great Ocean Road is The Twelve Apostles. Situated in the Port Campbell National Park, the massive limestone structures that tower 45 metres above the tempe

MAC
Best time to visit before the crowds is in the morning. Gorgeous water with foam & different coloration due to the depth

The Twelve Apostles on Foursquare

London Arch is a natural arch in the Port Campbell National Park,

Apollo Bay Beach is a tourist attraction, one of the Beaches in

The Great Ocean Road is an Australian National Heritage listed

Split Point Lighthouse is a lighthouse located in Aireys Inlet, a

Grenen, the northmost tip of Jutland, north of the town of Skagen, 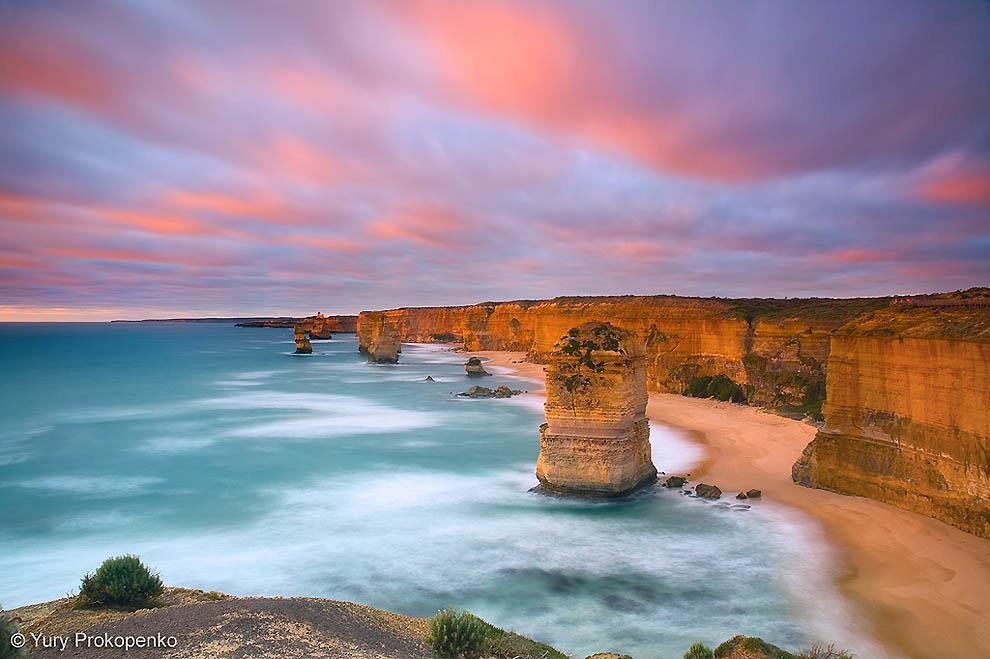 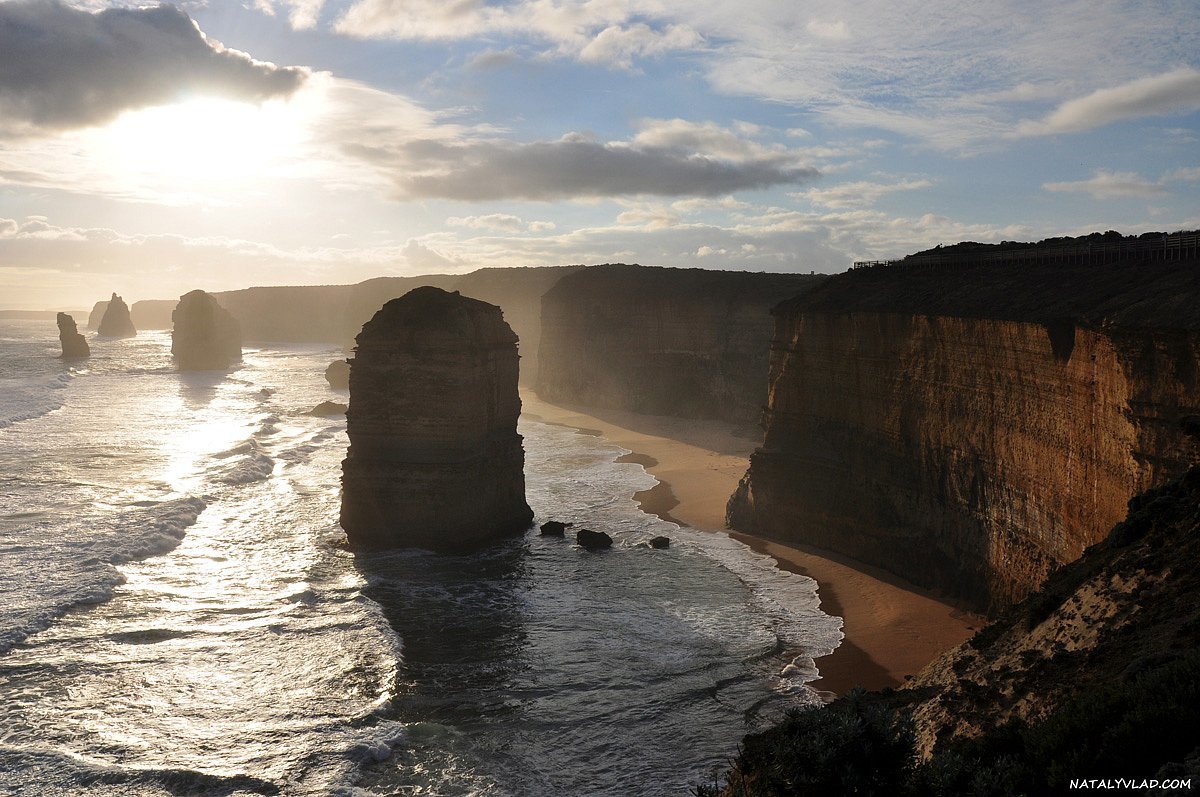 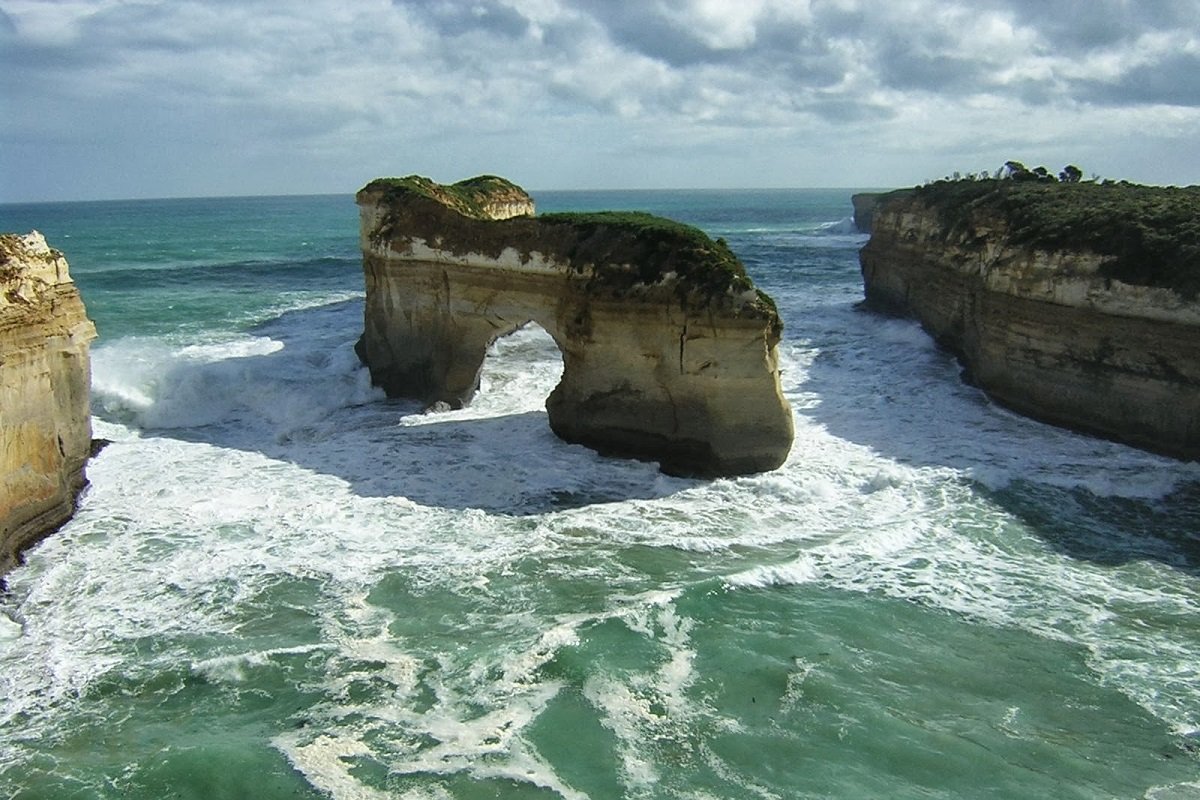 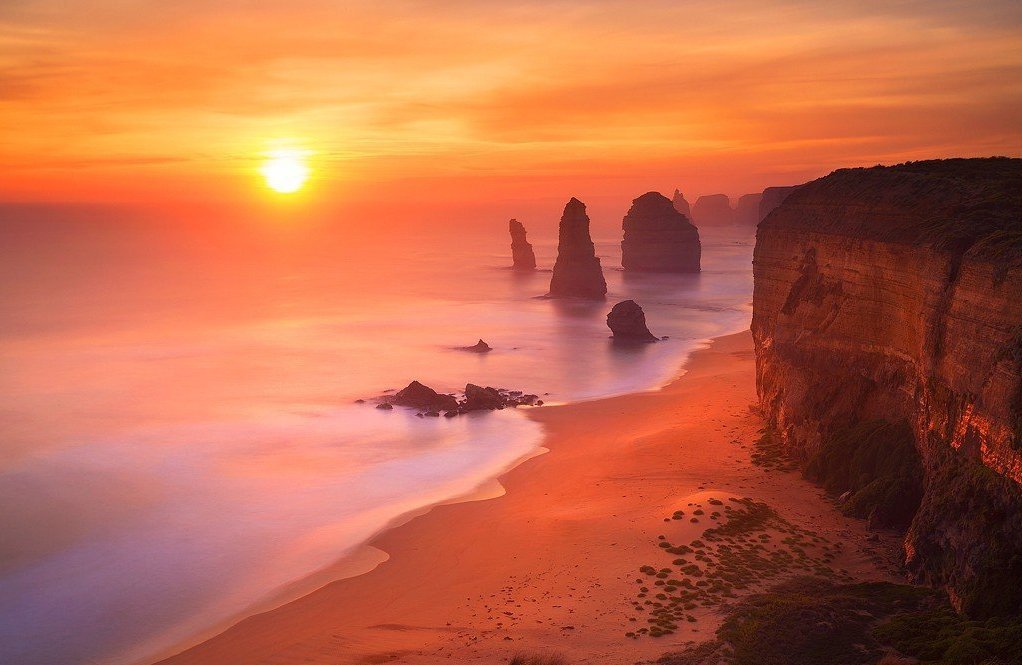 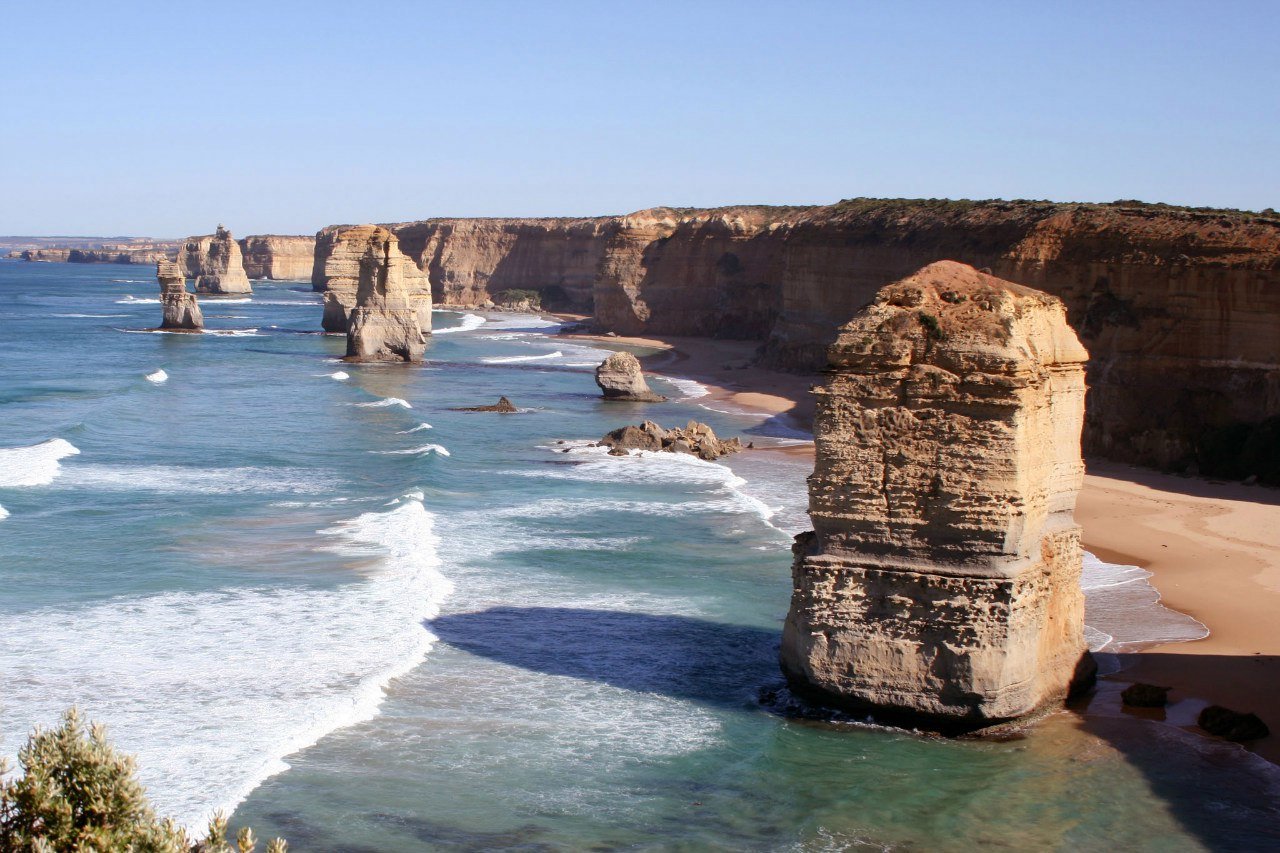 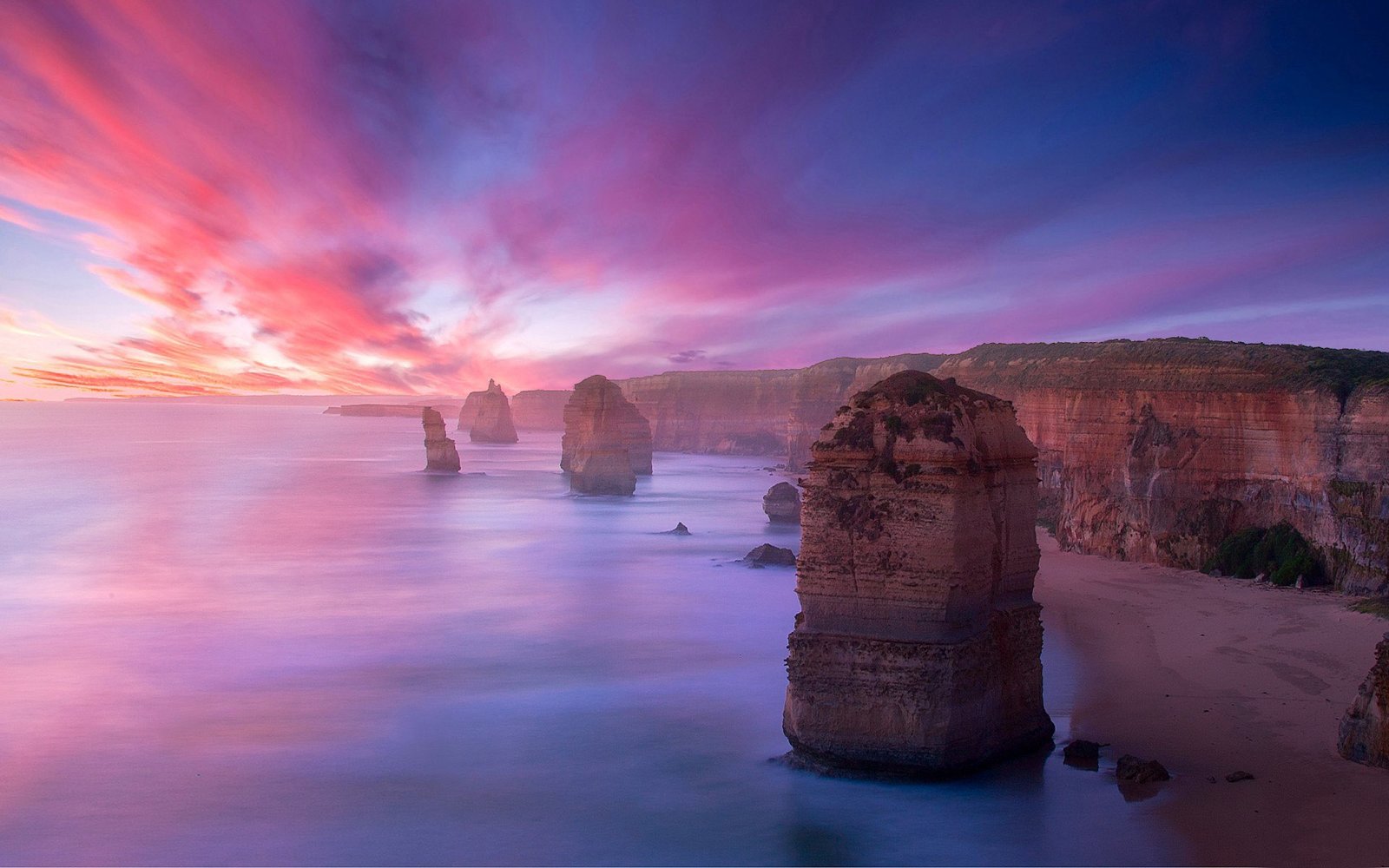 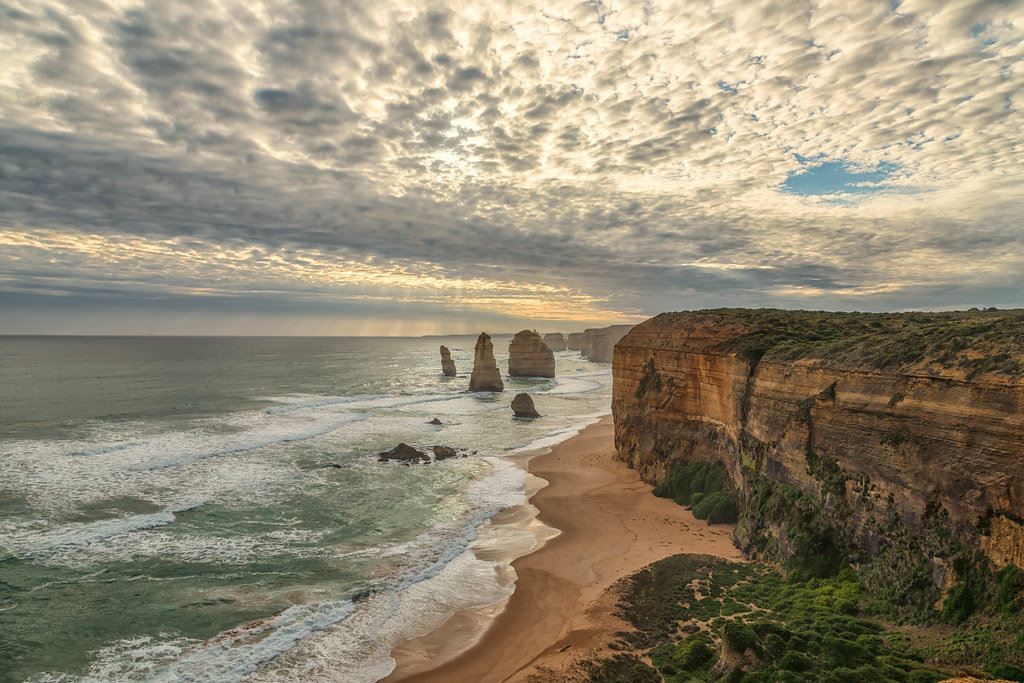 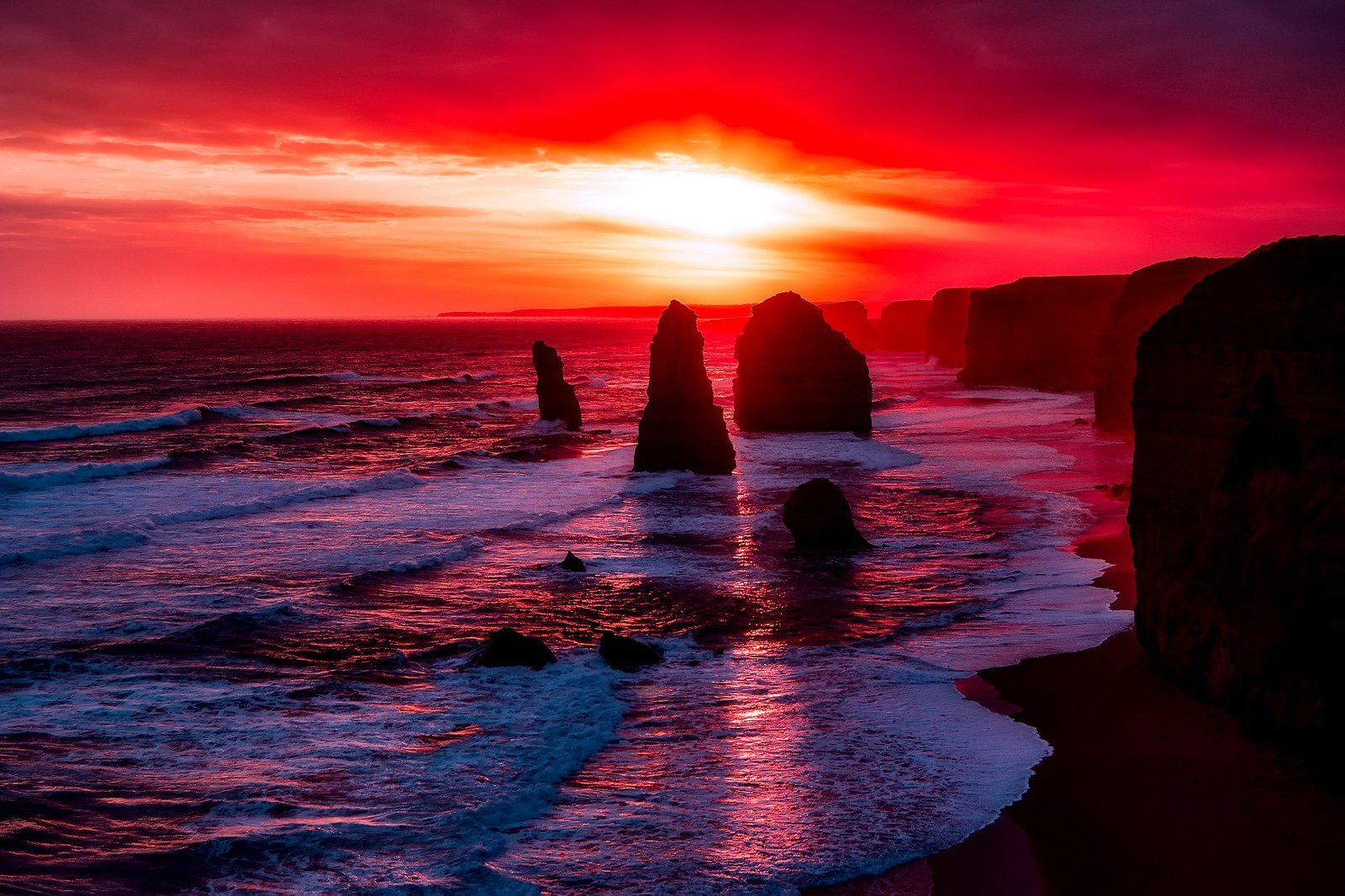 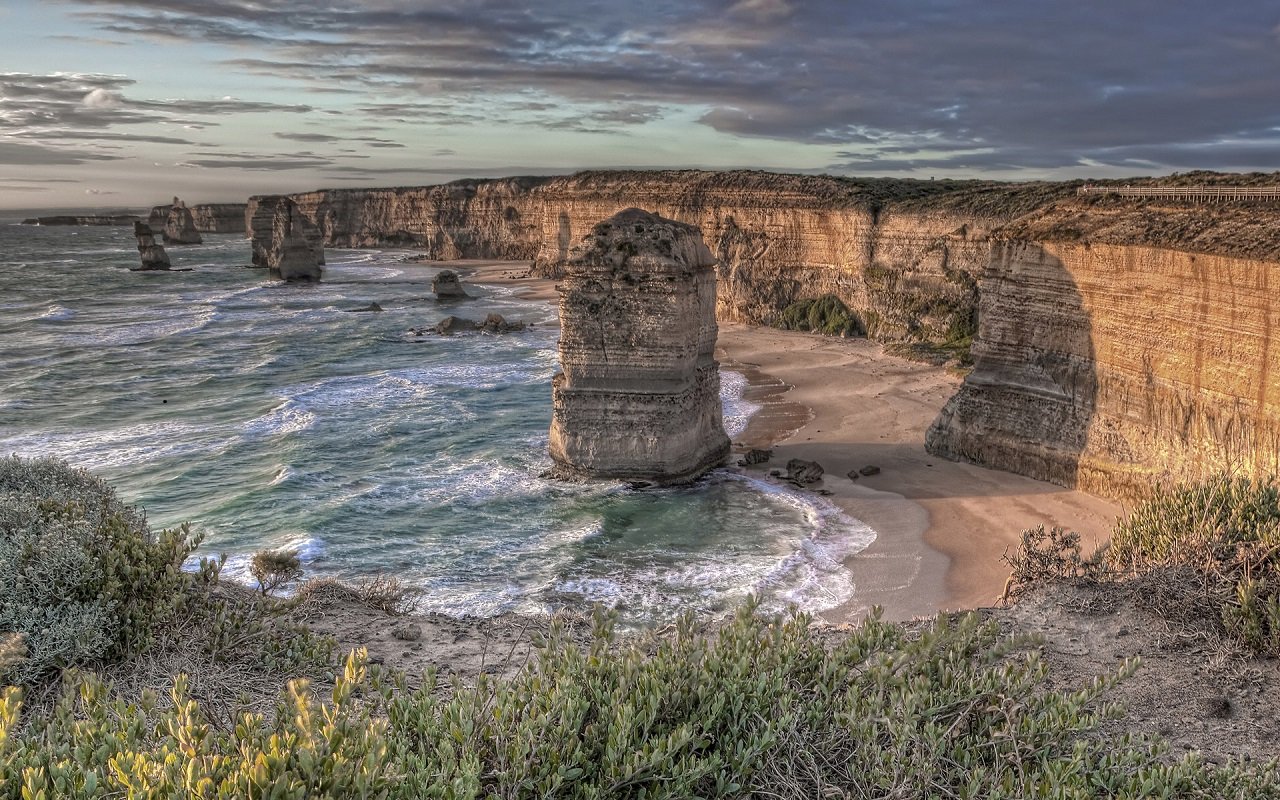 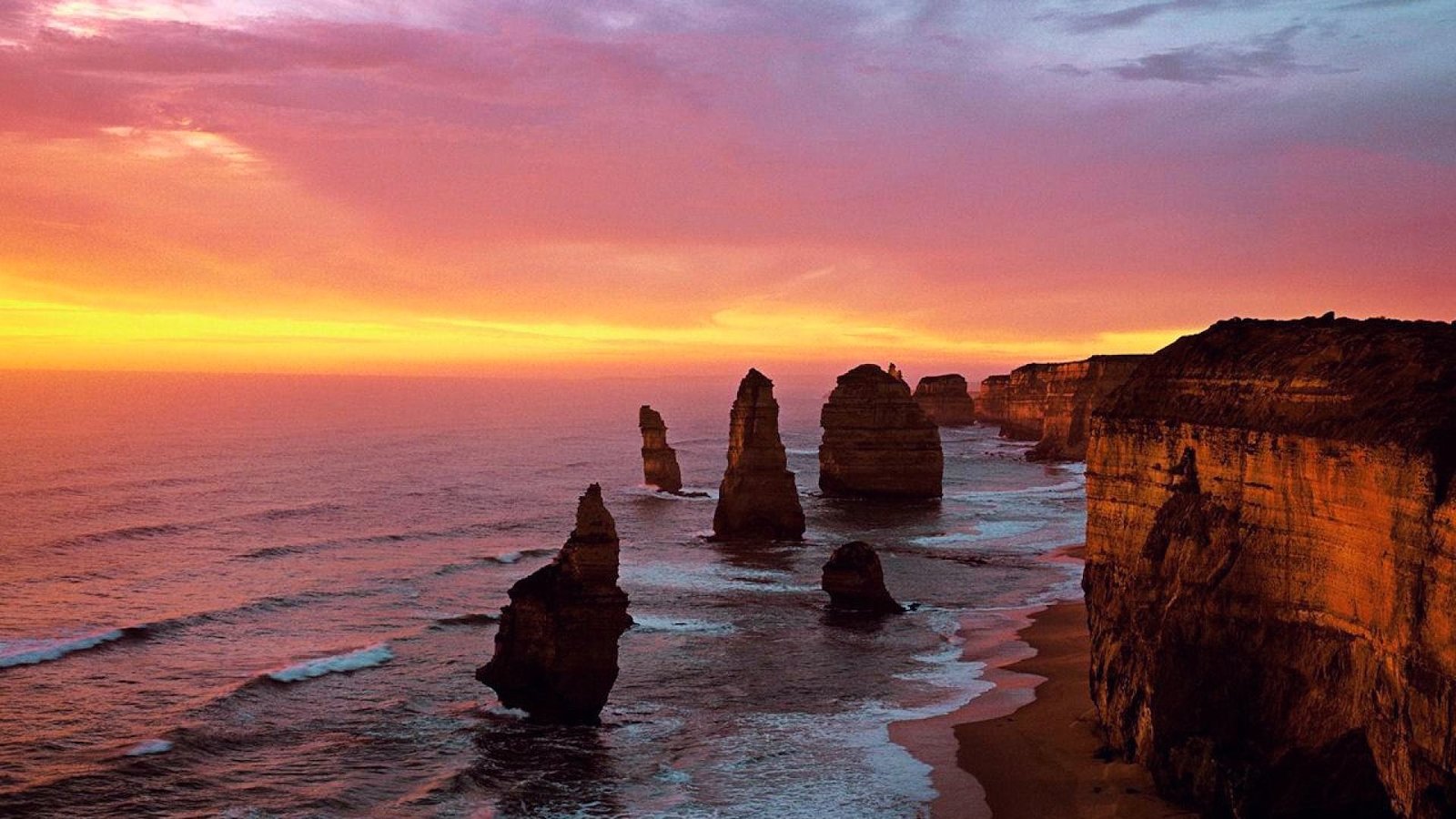 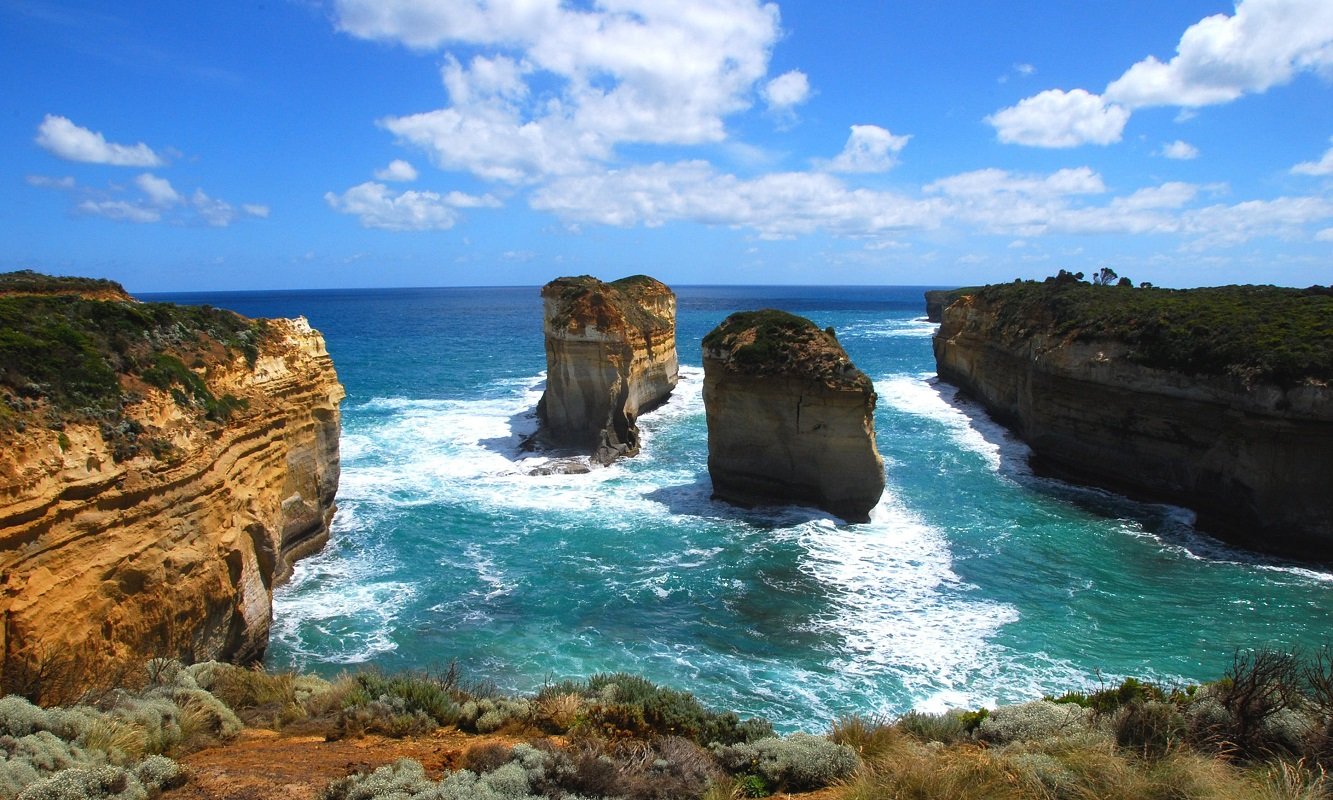 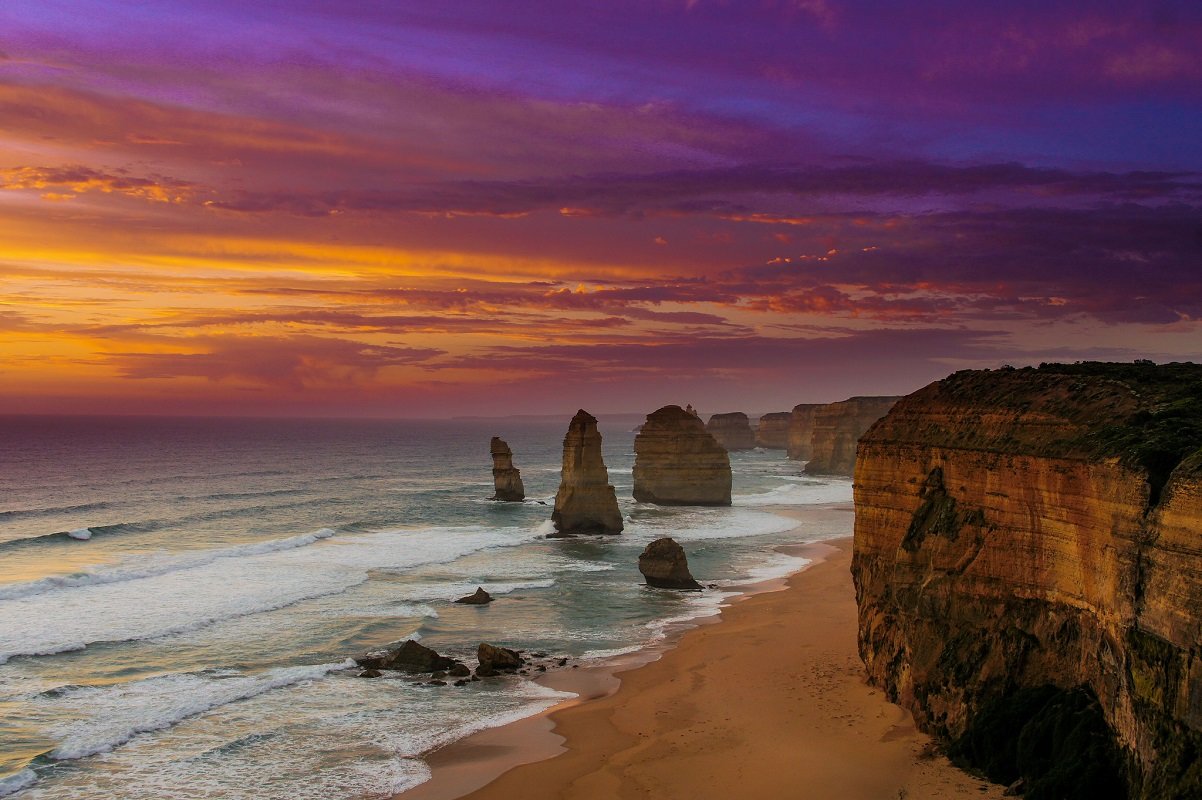 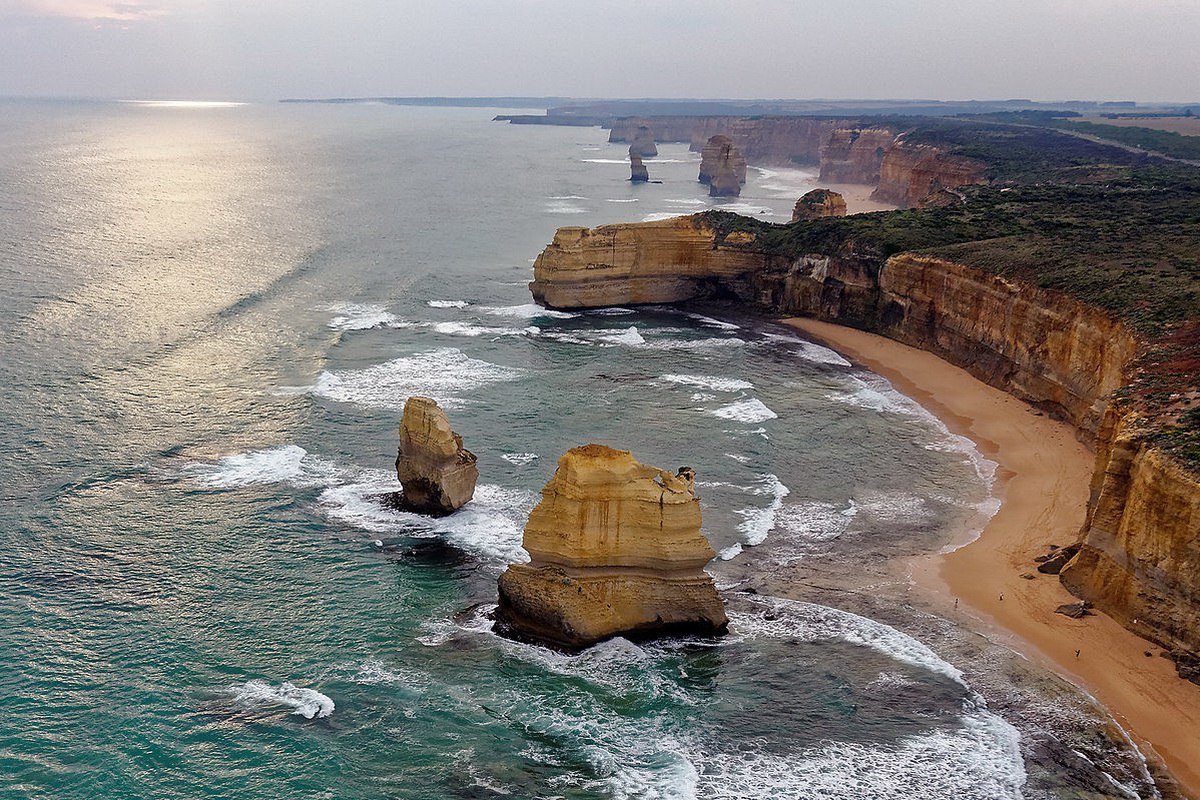 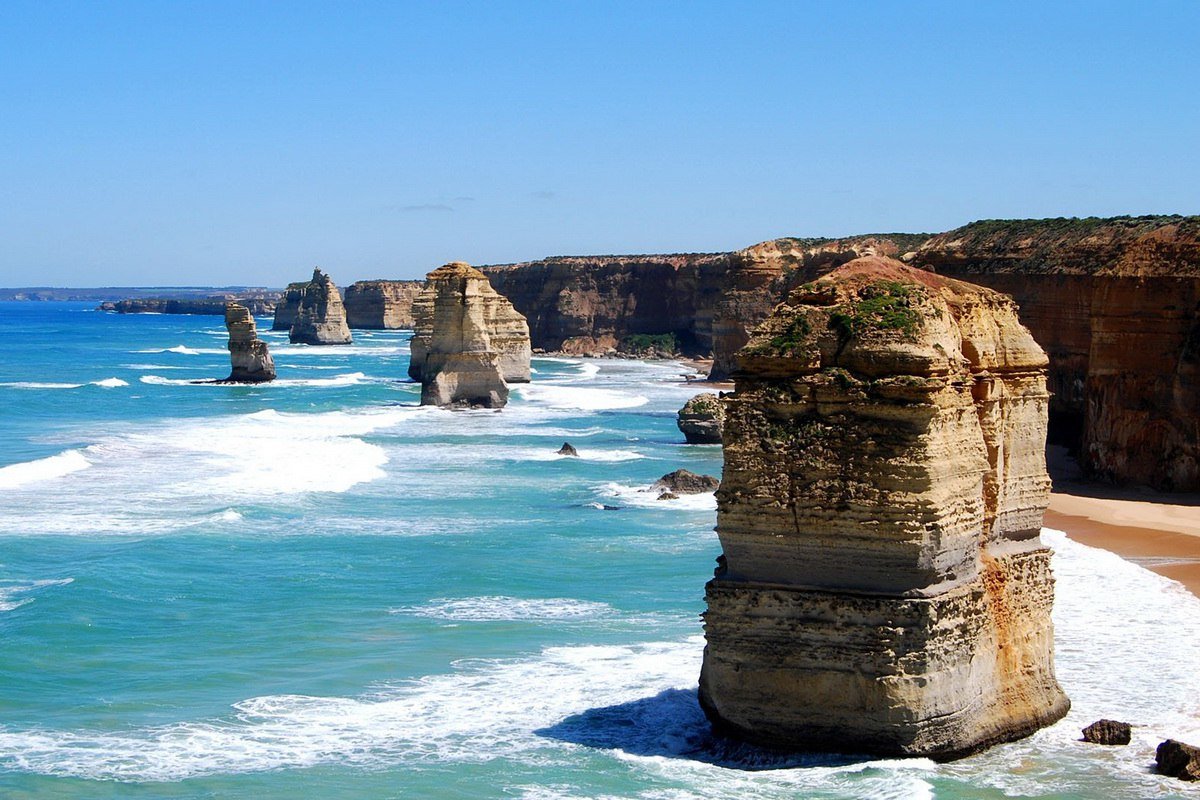 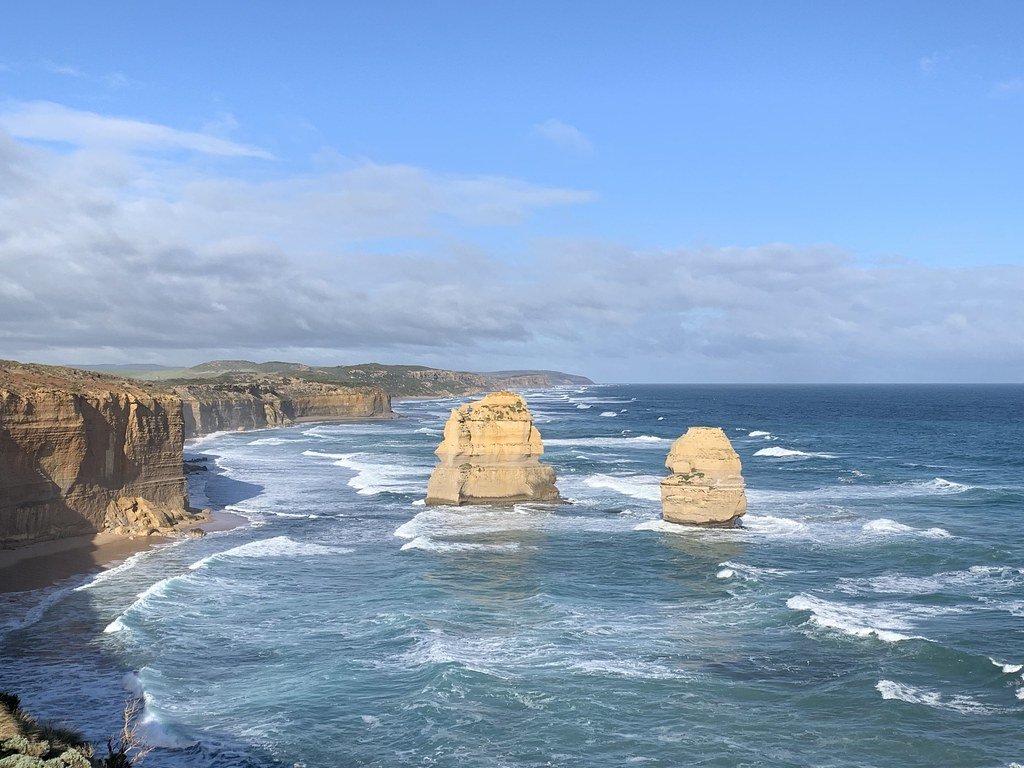 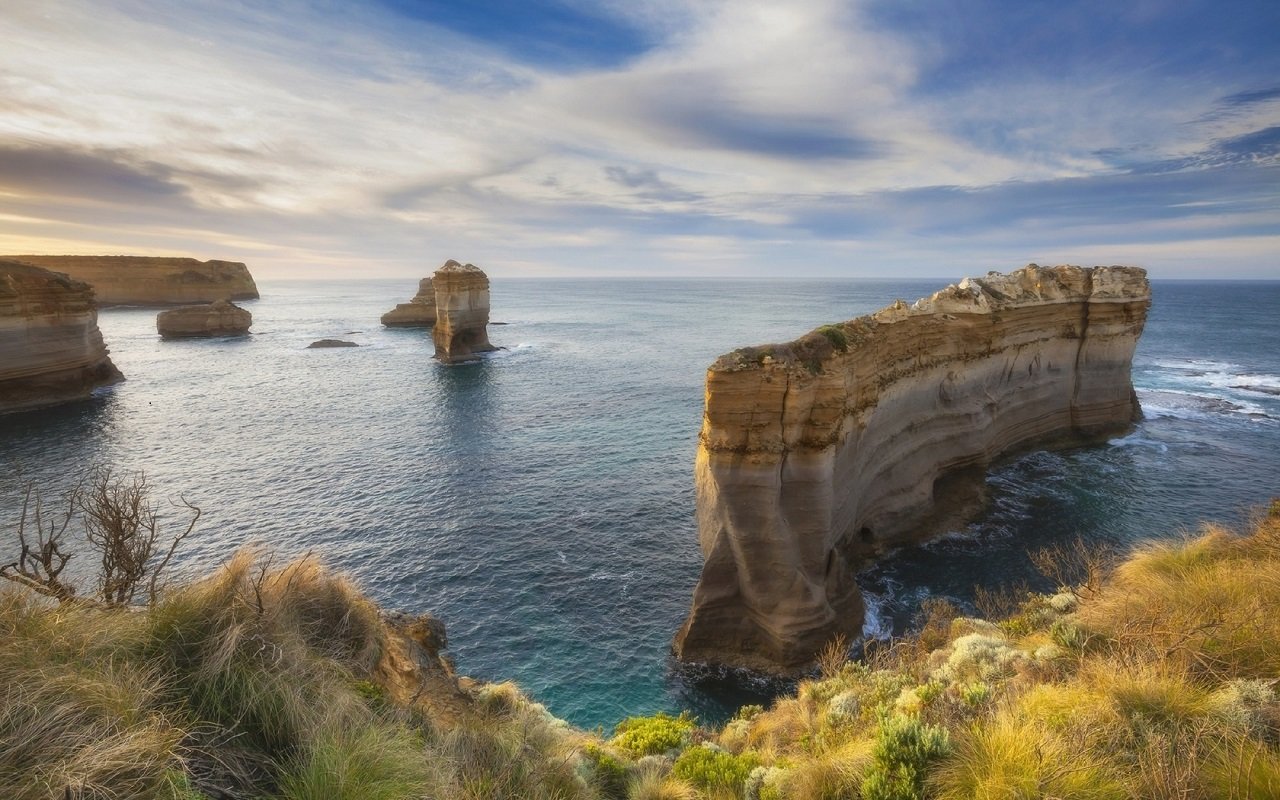 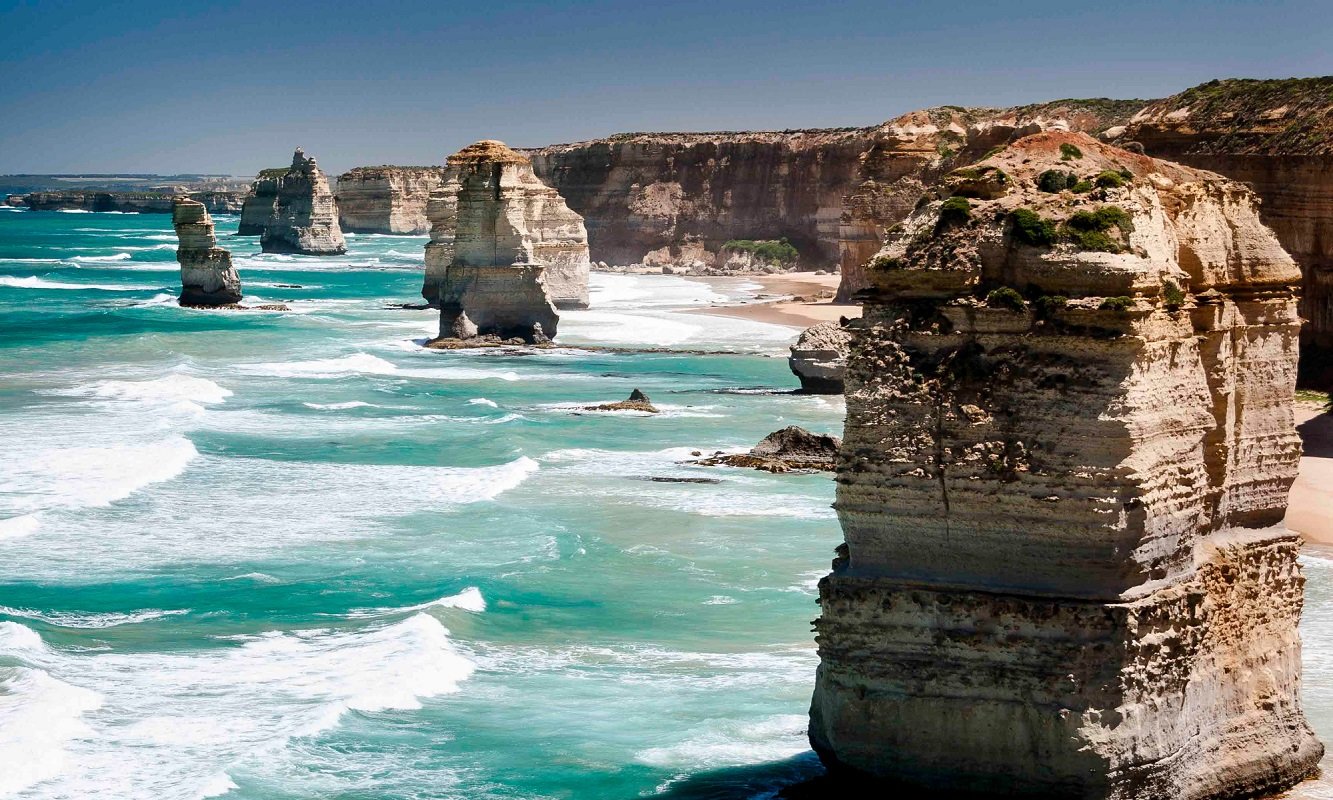 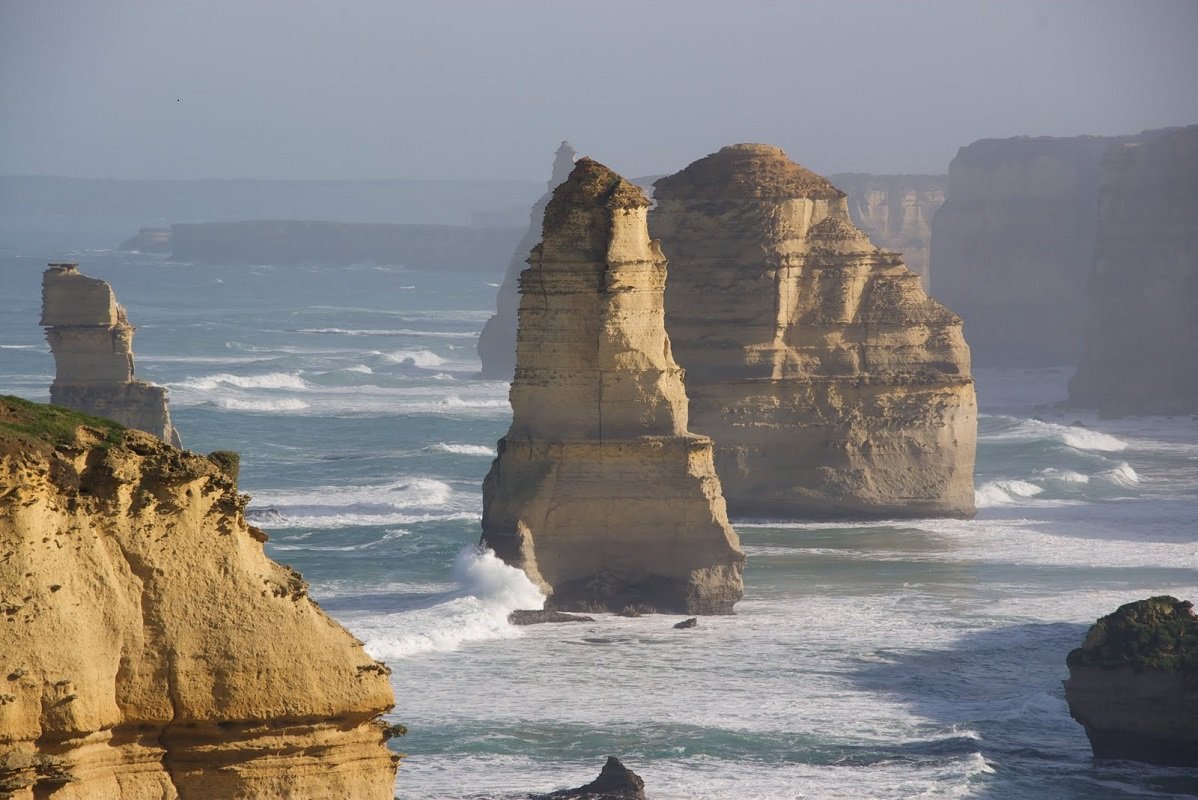 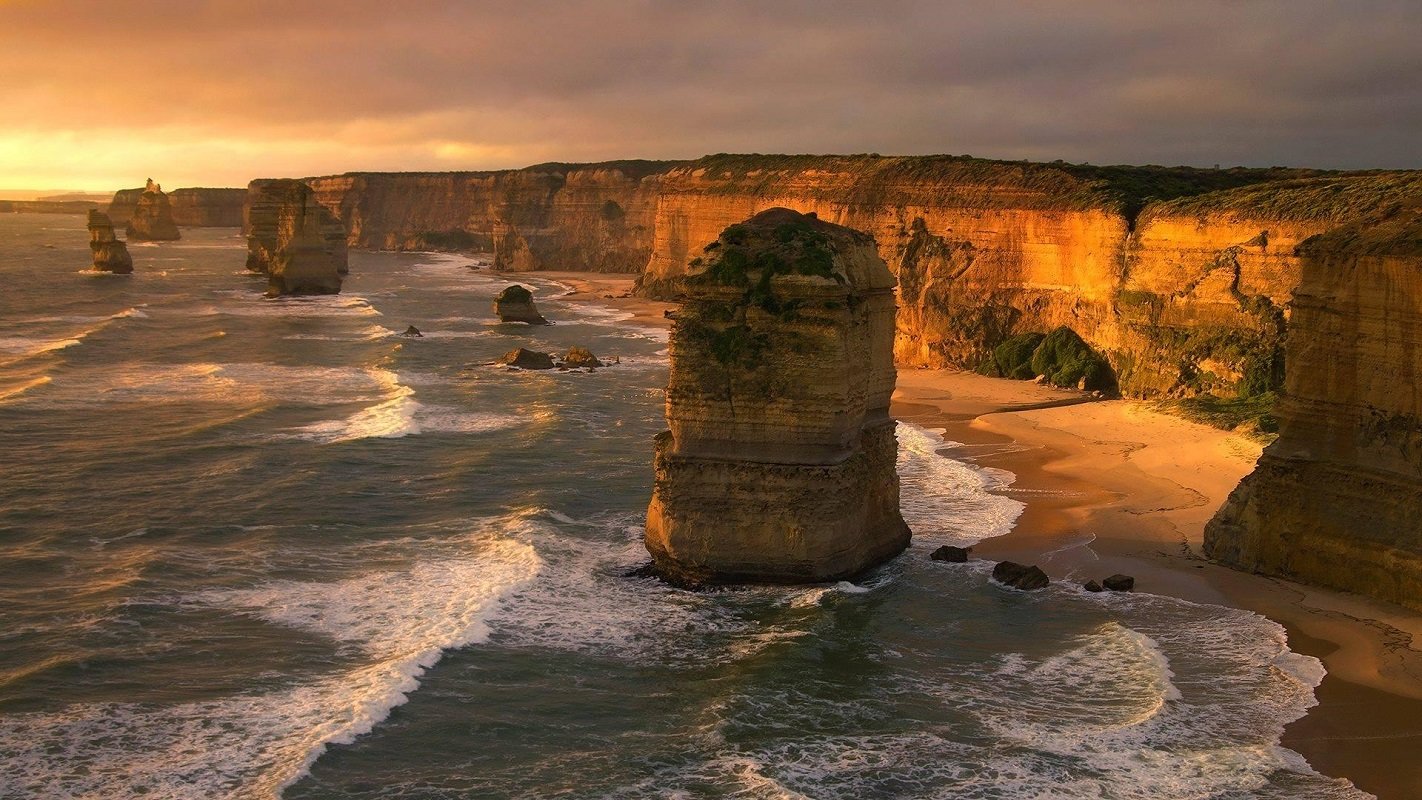 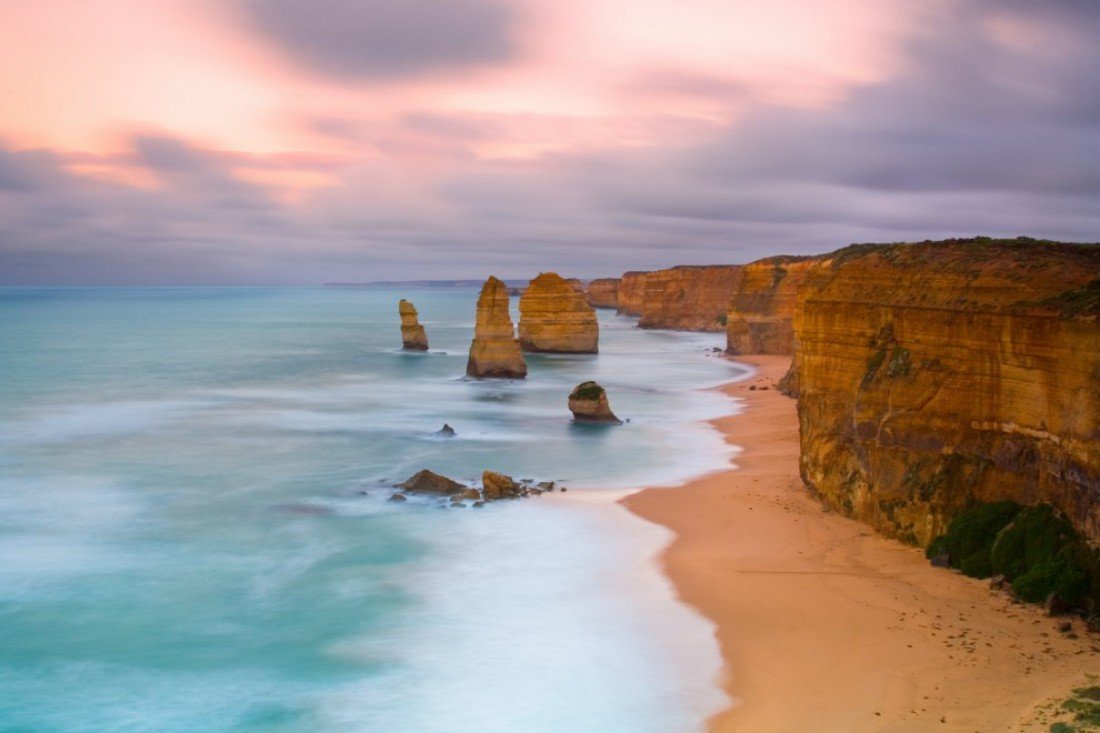 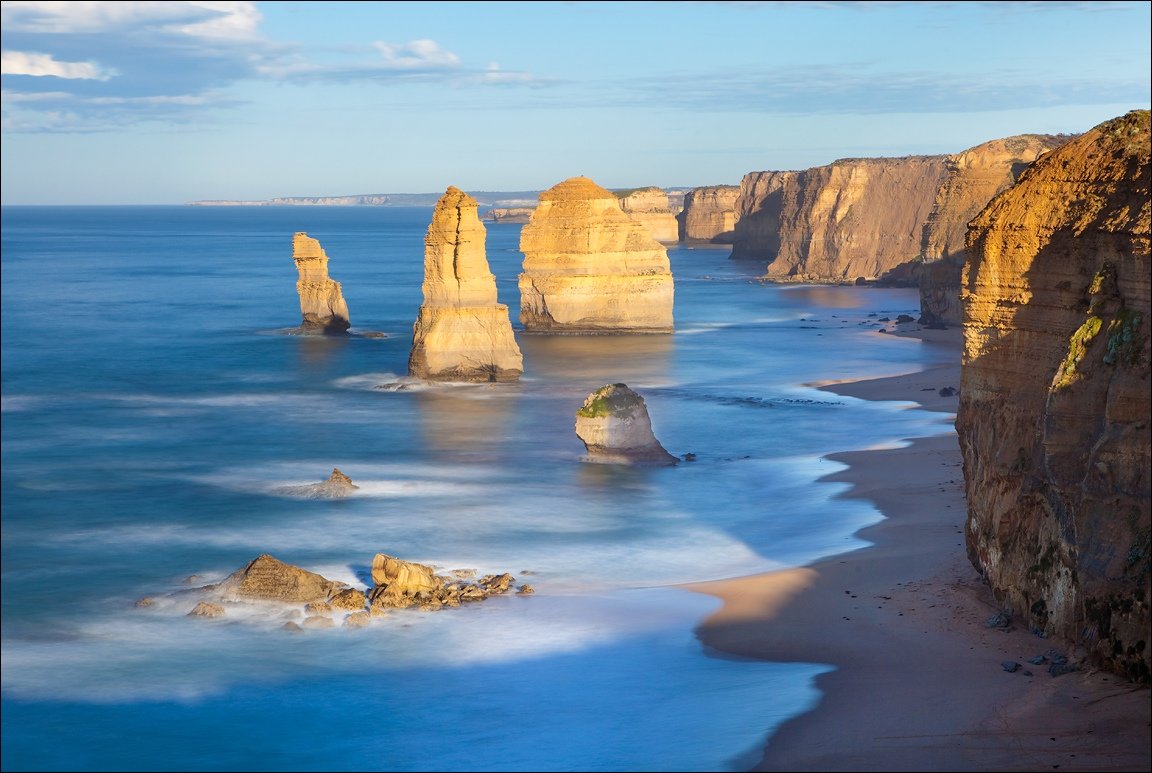