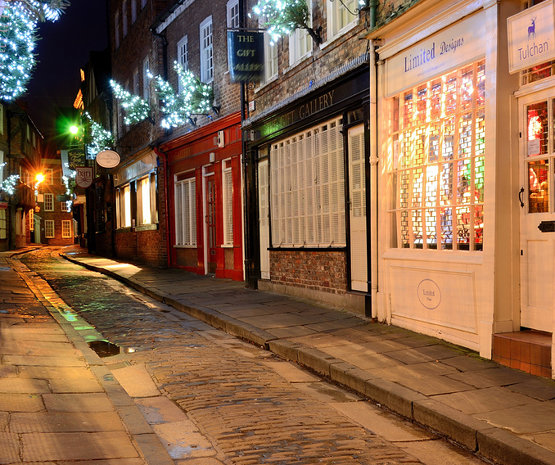 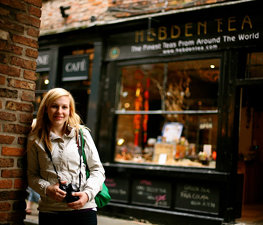 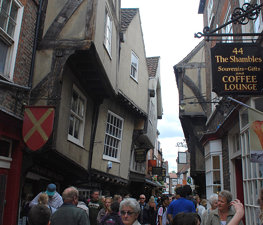 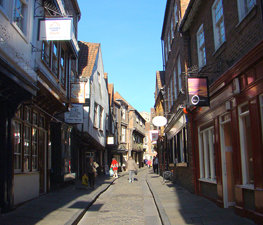 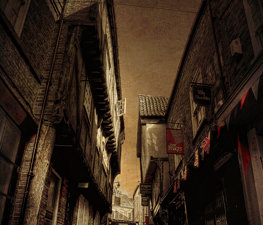 The Shambles (official name Shambles) is an old street in York, England, with overhanging timber-framed buildings, some dating back as far as the fourteenth century. It was once known as The Great Flesh Shambles, probably from the Anglo-Saxon Fleshammels (literally 'flesh-shelves'), the word for the shelves that butchers used to display their meat. As recently as 1872, there were twenty-five butchers' shops in the street, but now there are none, although there is still a butcher in the adjacent Little Shambles which leads to York's open-air Newgate Market.

Among the buildings of the Shambles is a shrine to Saint Margaret Clitherow, who was married to a butcher who owned and lived in a shop there.

Although the butchers have now vanished, a number of the shops on the street still have meat-hooks hanging outside and, below them, shelves on which meat would have been displayed. The shops currently comprise a mixture of eateries and souvenir shops, but there is also a bookshop and a baker.

Five Snickelways lead off the Shambles.

"" is an obsolete term for an open-air slaughterhouse and meat market. There are streets named "The Shambles" in other UK towns (e.g., Chesterfield, Chippenham, Sevenoaks, Manchester, Whitby, Worcester), as well as in Ireland (in Armagh, and there is a Fishamble Street in Dublin). They also got their names from having been the sites on which butchers killed and dressed animals for consumption. The Shambles in Stroud still has the hinged wooden boards attached to the shops, and hosts a regular local market. The Shambles in Shepton Mallet, Somerset is a much shorter replica of the fourteenth century shambles that housed the regular Monday market since 1318. The market was moved to Friday in 1641 and is still the towns "Market Day" to this date.

During that period there were no sanitary facilities or hygiene laws as exist today, and guts, offal and blood were thrown into a runnel down the middle of the street or open space where the butchering was carried out. By extension, any scene of total disorganisation and mess is now referred to as "a shambles".

Martin Mitchell
A little slice of history and loads of little shops. You can always find something interesting in the souvenir shops or just treat yourself to some proper fudge.

Carl Griffin
Cute narrow street. A must visit if in the city.

Saibal Chakraburtty
Love the windy streets and shops. It is touristy for sure, but a great way to spend a morning.

Pink 386
Very touristy here so it can be busy. This street is so old it’s mentioned in the Doomsday book of 1086. It was once a street where all the butchers traded.

Ulceby Lodge Bed & Breakfast
An absolute must for visitors to stroll down this lane
Load more comments
foursquare.com
8.8/10
4,686 people have been here
I've been here
Add to wishlist

The Shambles on Foursquare

The JORVIK Viking Centre is a museum and visitor attraction in York,

Mansion House in York, England is the home of the Lord Mayor of York,

York Guildhall is located behind the York's Mansion House and was 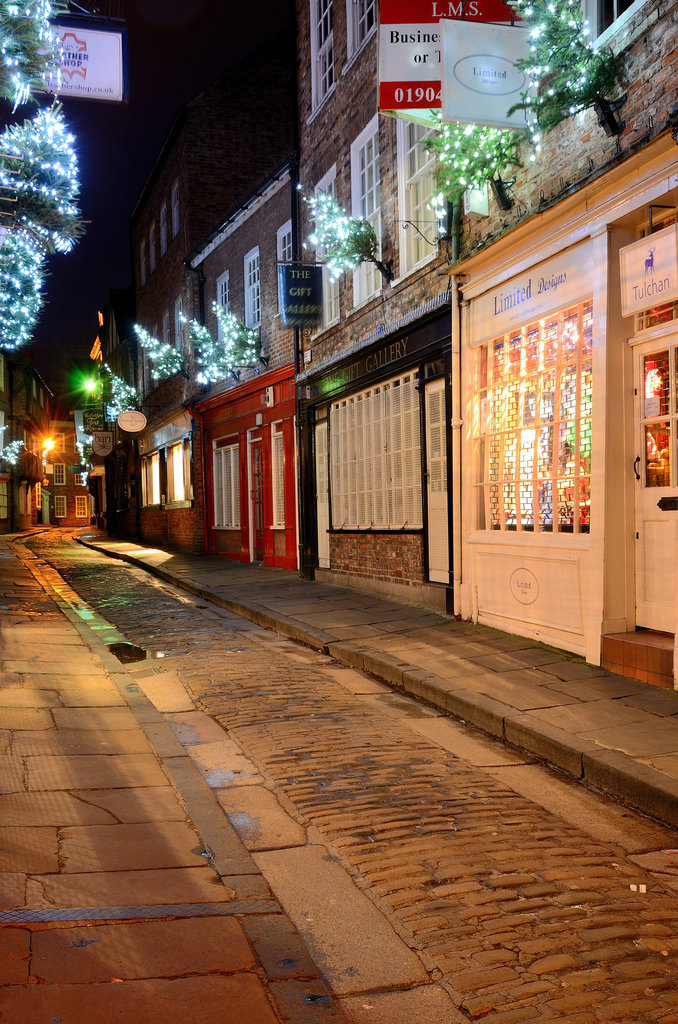 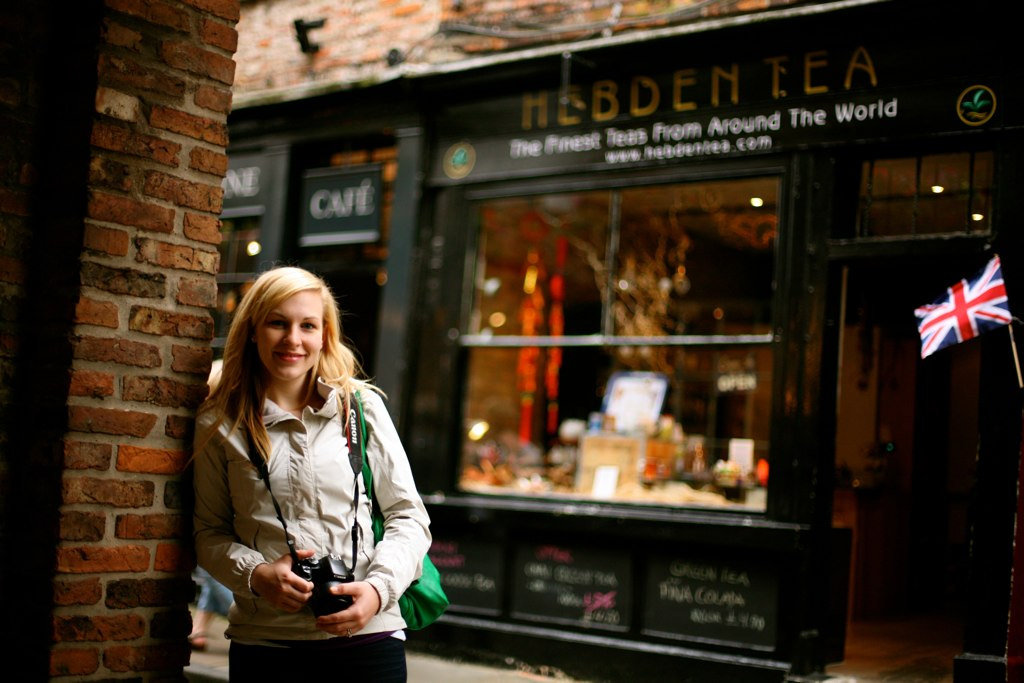 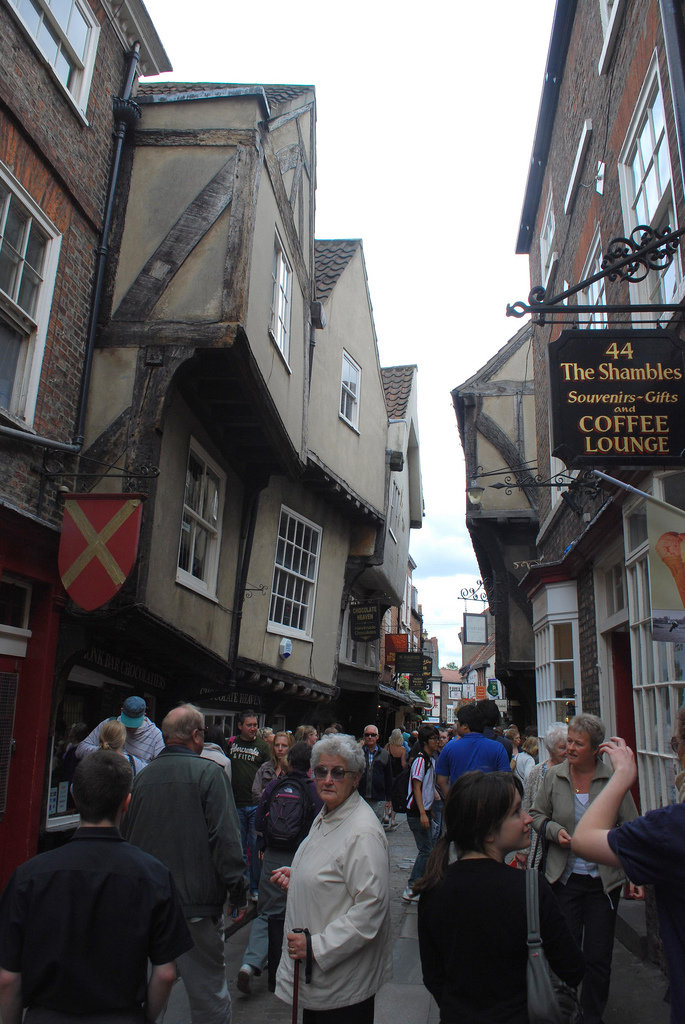 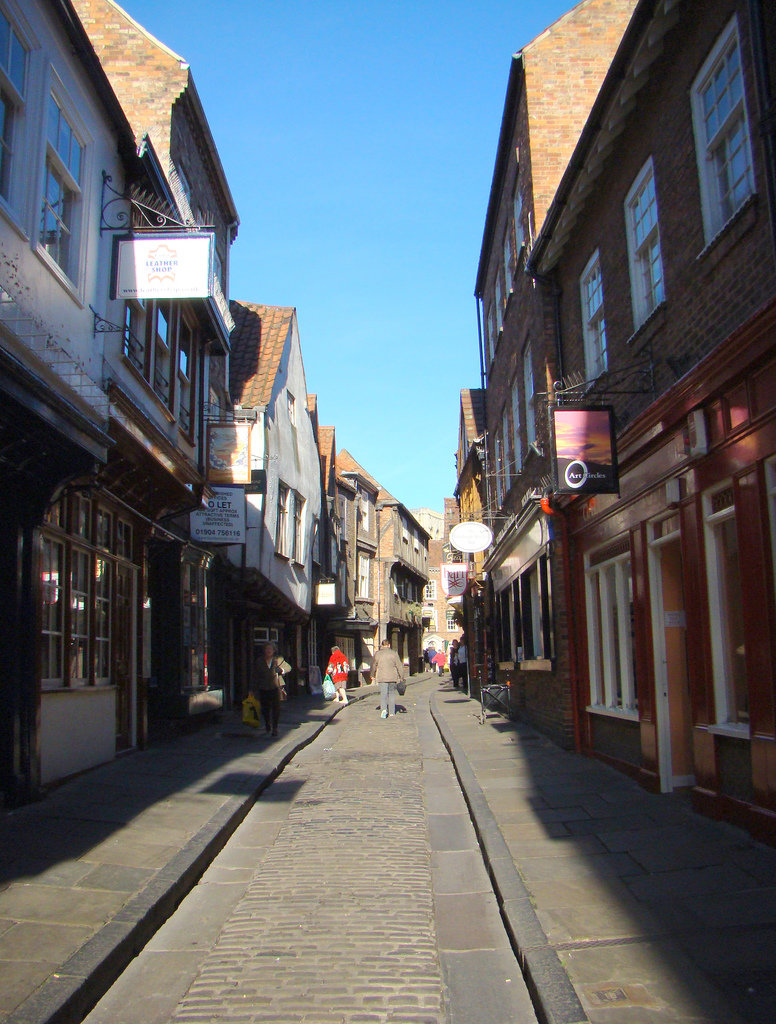 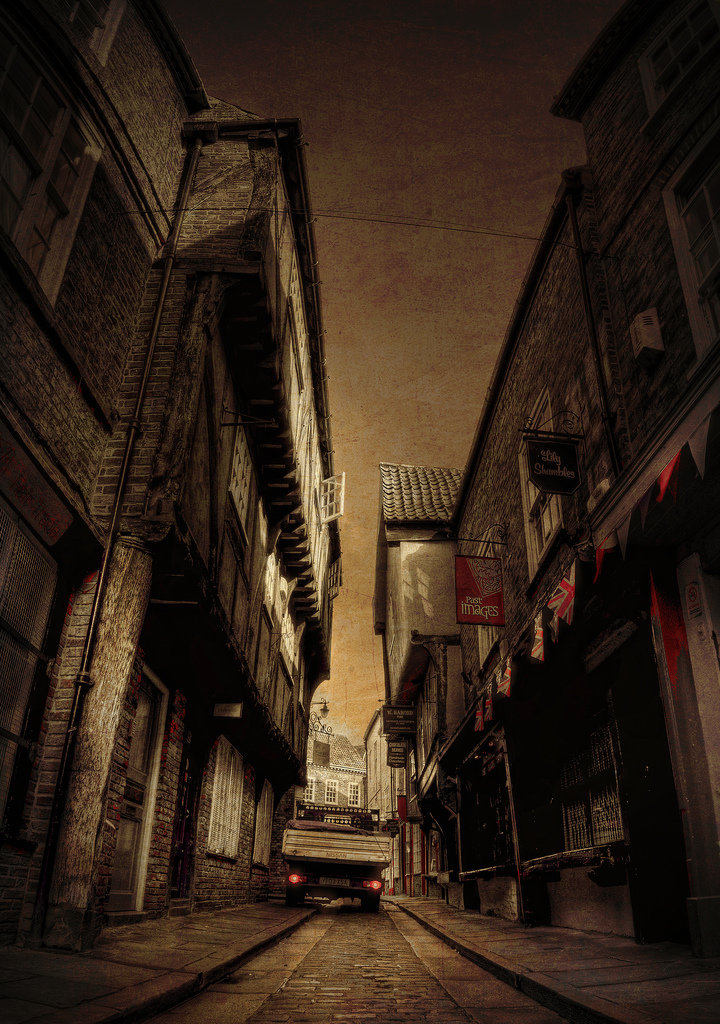 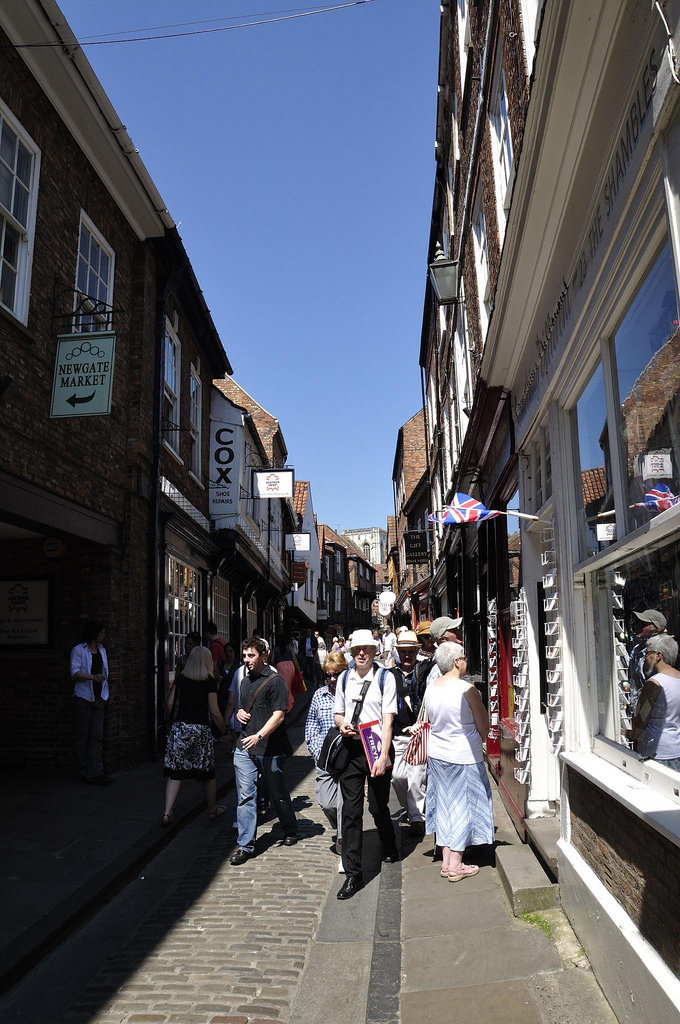