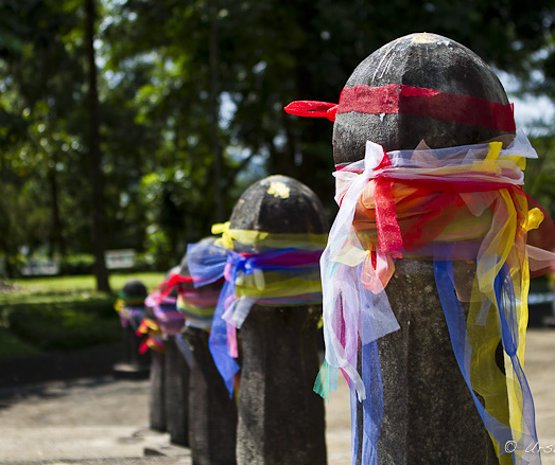 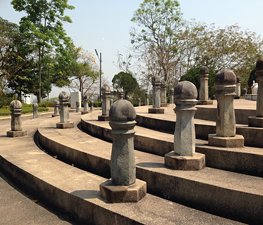 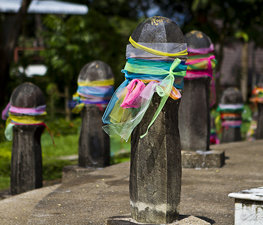 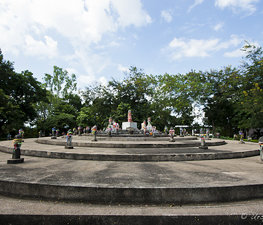 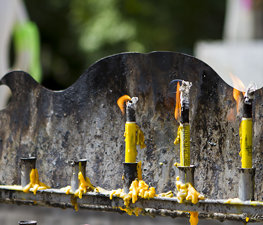 The Navel City Pillar of Chiang Rai (ไทย. เสาสะดือเมืองเชียงราย (เสาหลักเมือง)) was constructed in 1987 in occasion of the 60 years birthday of His Majesty King Bhumibol Adulyadej, and the 725 years celebration of the City of Chiang Rai in northern Thailand.

The construction was supervised by Mr. Aram Aiem-arun, former governor of Chiang Rai and the project supported by the Social Research Institute of Chiang Mai University, Chiang Rai people, private sector as well as the German government.

The Navel City Pillar is located on the top of Doi Chom Thong (Chom Thong Hill) within the grounds of Wat Phra That Doi Chom Thong. The main pillar and 108 surrounding pillars were constructed in Khmer style “Banom Ba-Keang” based on the Lanna belief. The outside area covers with river and land, inner part comprises 6 tiers of the heaven (Catummaharajika, Tavatimsa, Yama, Tusita, Nimmanarati, and Paranimmitavasavatti) which are divided by the 5 important rivers of ancient legends (Ganges, Yamuna, Ajiravati, Sarabhu, and Mahi). The platform of the main pillar is made of marble which is divided into 3 tiers to imply the Rupabrahma, Arupabrahma, and Nirvana. The main pillar is located on a triangular base.

The width of the main pillar is 5 times of His Majesty’s fist and the height is the same with His Majesty’s height. Mr Singhkhum Somkrue is respected as an artisan who engraved these naval city pillars.

Nearby the Navel City Pillar, there is a “National Cultural Cell of Chiang Rai” constructed on January 19, 2001. It contains cultural evidence of contemporary culture buried in the underground. It is supposed to be opened again 100 years after its burial.

The Navel City Pillar of Chiang Rai on Facebook 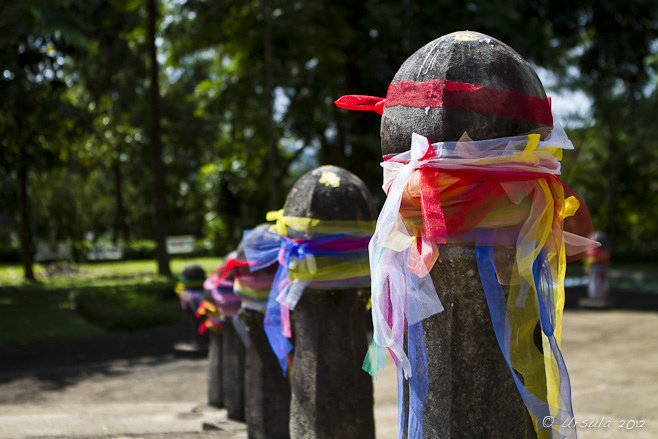 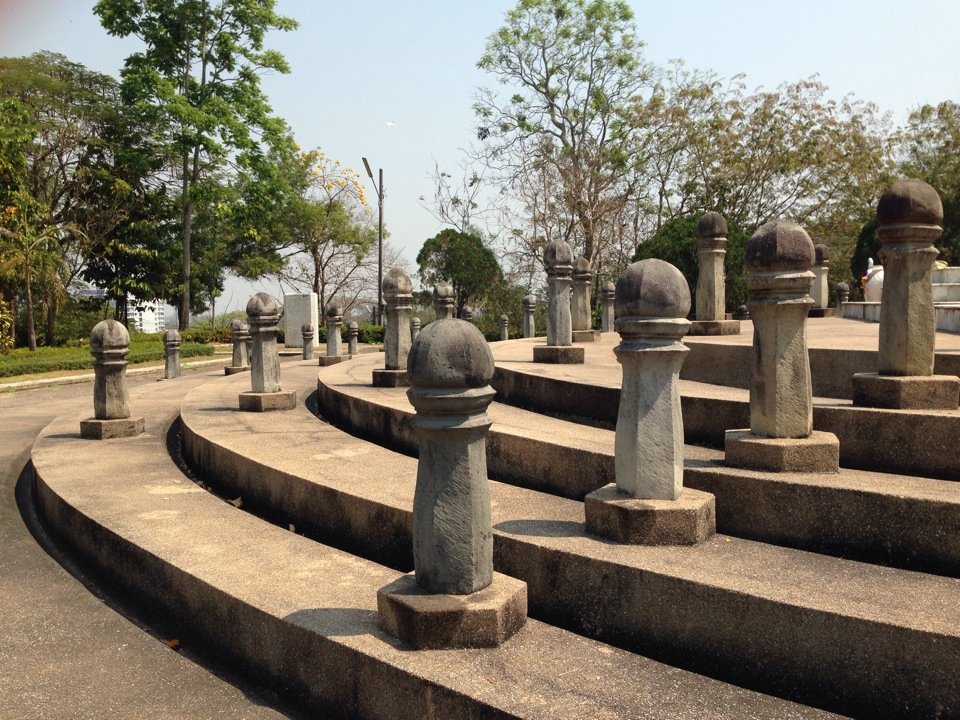 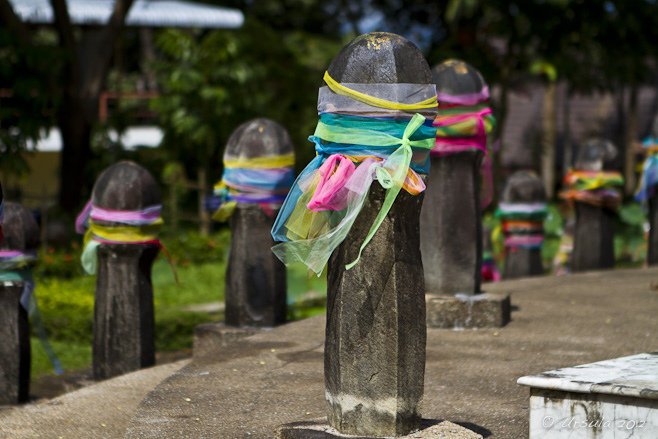 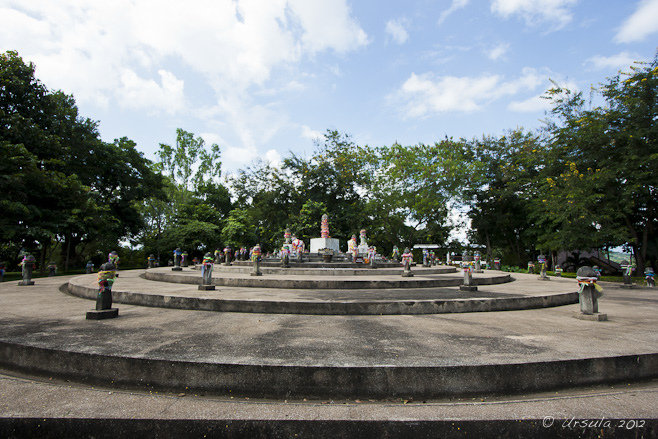 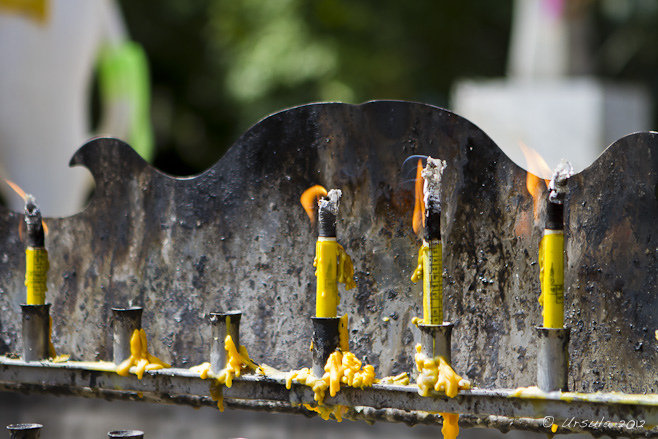 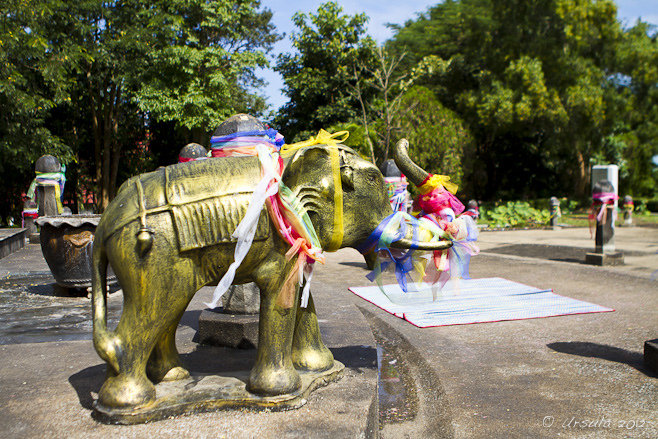 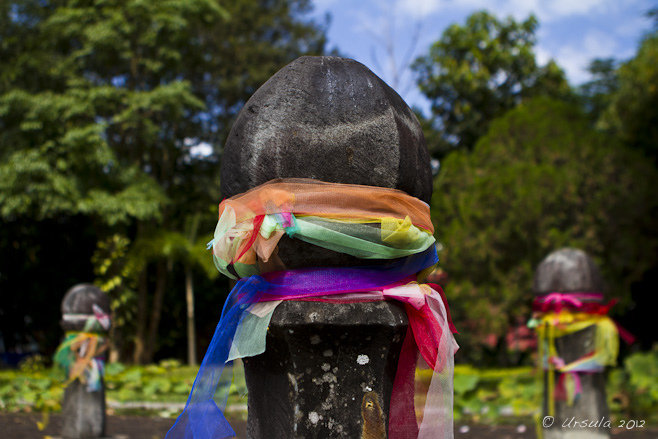 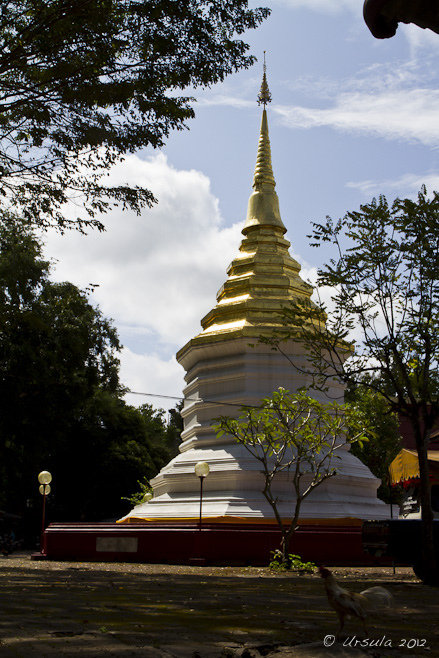 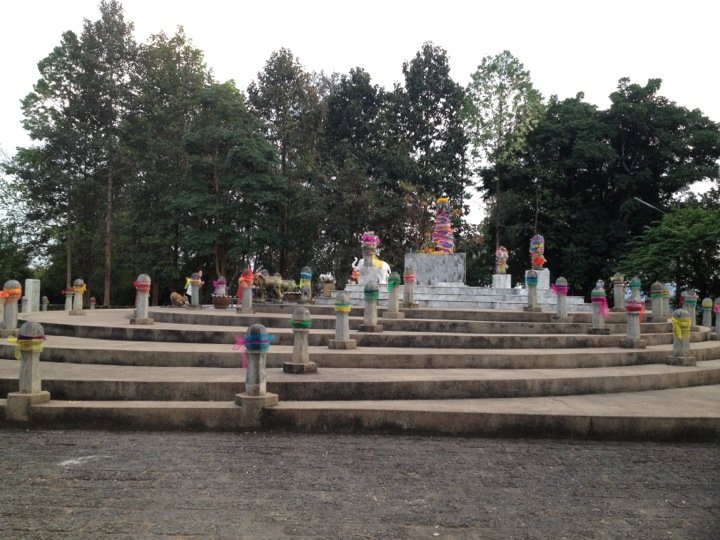