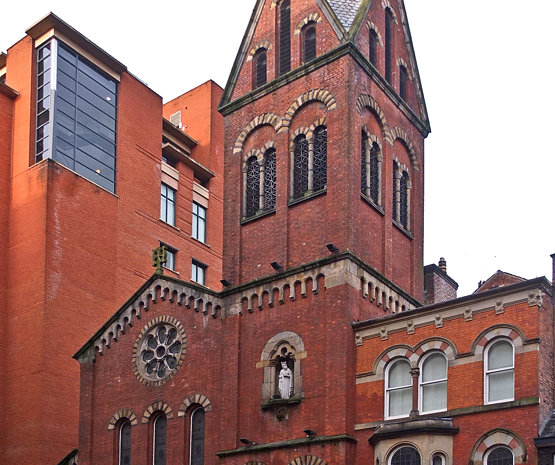 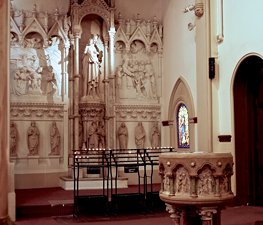 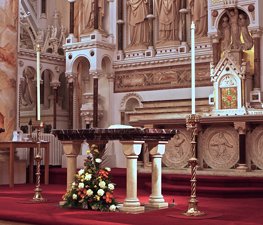 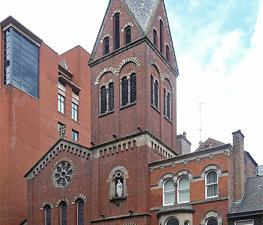 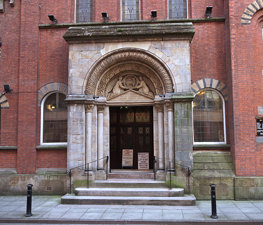 The Hidden Gem, or officially St Mary’s Catholic Church, is located on Mulberry Street in Manchester, England. It was first dedicated at the site in 1794 with devotion to St Mary, Our Lady of the Assumption. In 1835, the roof collapsed, was restored and now The Hidden Gem remains the oldest Catholic Church in Manchester. (The second in the City Centre was St Augustine's in Granby Row, afterwards moved to Chorlton on Medlock.)

In 1422, Henry V gave permission for a collegiate church dedicated to St Mary, the Virgin of Manchester. Papal confirmation was issued by Martin V in 1426. The church was dissolved during the reign of Edward VI, but was re-founded by Mary I. It subsequently passed out of papal control, and it is now the Manchester Cathedral of St Mary, St George and St Denys.

The Penal Laws proscribed the celebration of the Latin Rite. They were finally abolished 1829 with the Catholic Emancipation Act. Catholic families had existed in Manchester throughout the period and had met secretly in order to conduct services. In 1774, a small chapel had been set up in Rook Street dedicated to St Chad. The chapel serviced about 600 people coming from as far away as Bolton, Glossop and Macclesfield. In the following years, with the advent of the Industrial Revolution, Catholic families from Ireland were attracted to the cotton industry in Manchester. The chapel remained in use until it was destroyed by fire in 1846. St Chad’s relocated to its own purpose built church in Cheetham Hill.

Dedication of The Hidden Gem

The rector of St Chad’s, Father Rowland Broomhead, purchased a plot of land near Deansgate in 1794. He quickly set about the task of building a new church. On 30 November 1794, the church was dedicated to St Mary. It was chosen as a symbol of the original parish church in Manchester.

Collapse of the roof

In 1833, the rector of The Hidden Gem, Father Henry Gillow, decided that the building was looking tired. He enlisted the help of some of the congregation to have the church re-roofed and re-decorated. It was to be tremendous folly not to have had the work overseen by a master builder.

At lunchtime on 8 August 1835, a strange breaking sound could be heard. On looking up people were alarmed to see a crack forming in the dome above the altar. The church was locked up and at 11 pm the whole dome and part of the roof collapsed, damaging much of the interior of the church. Services were moved to Lloyd Street, and the search started for a new site for the church.

Father Gillow died in the Manchester typhus epidemic of 1837. Any plans for a new church were put on hold. Two architects were consulted, Richard Lane,Шаблон:Citation needed the architect of Salford Town Hall and The Friends Meeting House, and Edward Pugin. Richard Lane’s design was chosen at a cost of £265 17s.Шаблон:Citation needed (Pugin had been paid £138 3s 6d). The architect chosen to oversee the work was Matthew Ellison Hadfield, who later went on to build Salford Cathedral and the new St Chad’s church in Cheetham Hill. The work was finished in 1844 and St Mary's formally opened in October 1848. The church's design is a blend of Norman, Gothic and Byzantine detail; Pugin himself said that the building 'shows to what depth of error even good men fall, when they go whoring after strange styles.'

Externally, The Hidden Gem is made of plain red brick, and could easily be mistaken for a Victorian mission house or factory. However, the entrance is marked out with an ornate stone doorway. It is finely carved and depicts two Angelic Hosts bearing a medallion of Agnus Dei. A hand above forms the sign of the Ascension of Christ. The inscription is "Ascendamus in momtem Domini. Et adoremus in loco Sancto eius" a construction of two bible verses: "Come, let us go up to the mountain of the Lord",(Isaiah 2:3) and "Praise Him in His Holy places". (Psalms 150:1)

Internally, the visitor will find majestic Victorian carving. The High Altar is made of marble, finely carved and life size images of Our Lady, St Stephen, St Patrick, St Peter, St John, St Hilda, St Augustine and St Joseph. Central to this above the tabernacle is Christ bearing the Sacred Heart. The Stations of the Cross were painted in 1994 by artist Norman Adams and are in a striking expressionist style.

Tips & Hints
Arrange By:
Popular first New first
There are no tips nor hints for The Hidden Gem yet. Maybe be you will be the first one to post useful information for fellow travellers? :)
5.6/10
1,309 people have been here
I've been here
Add to wishlist 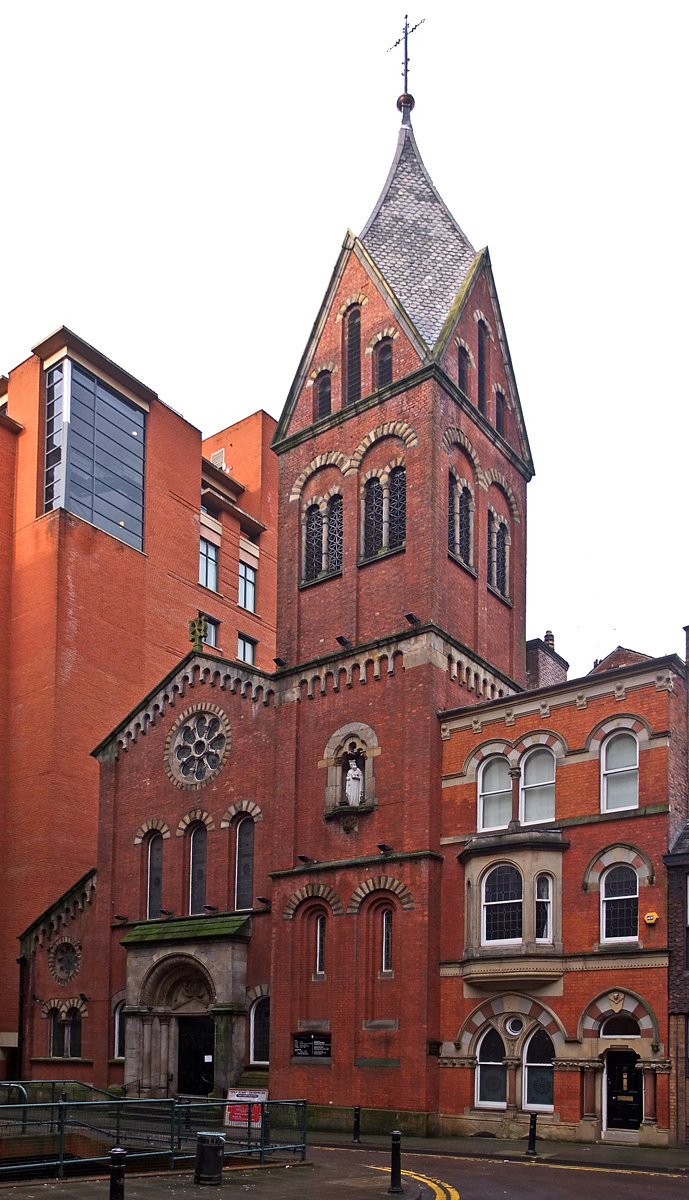 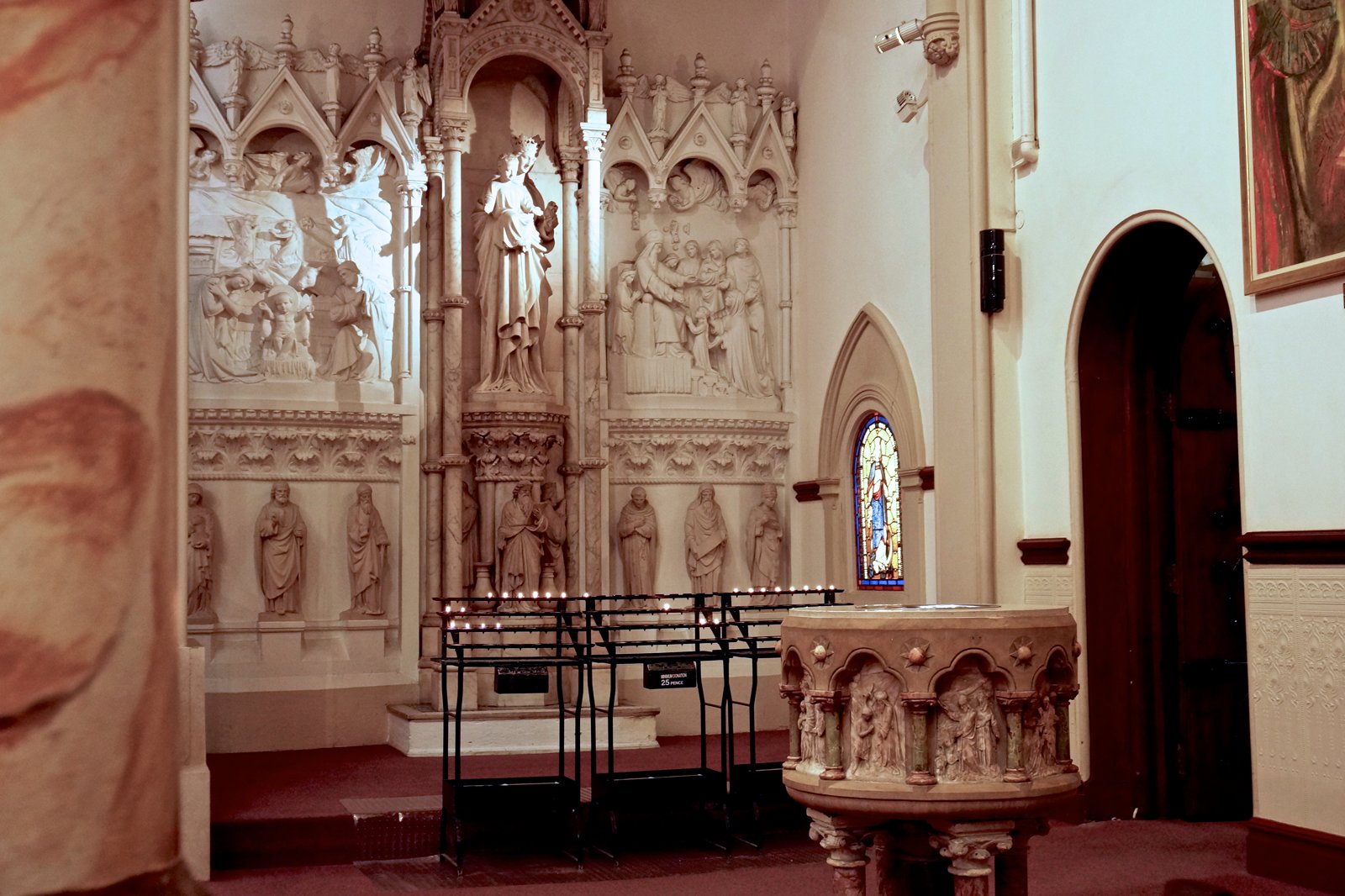 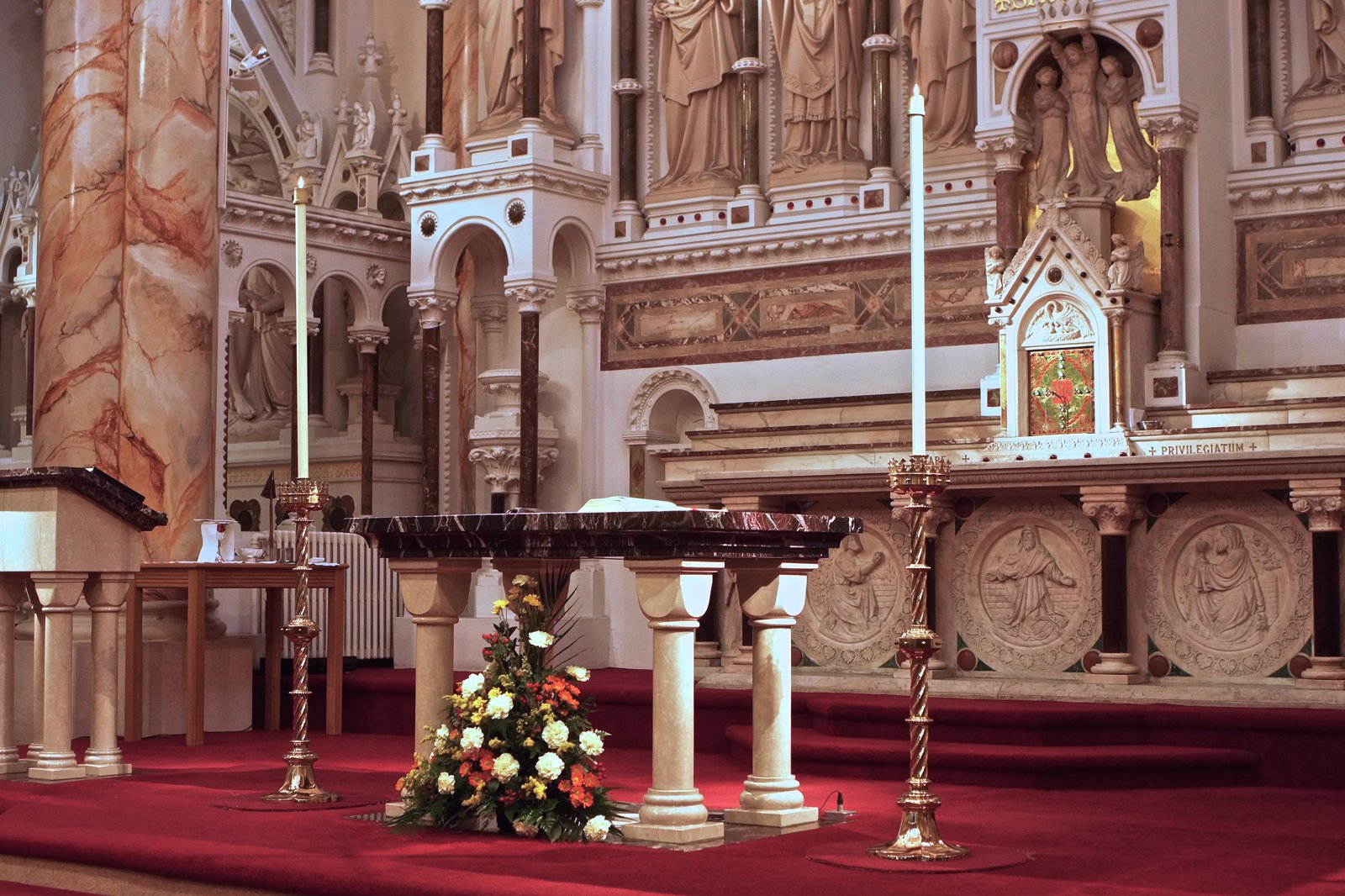 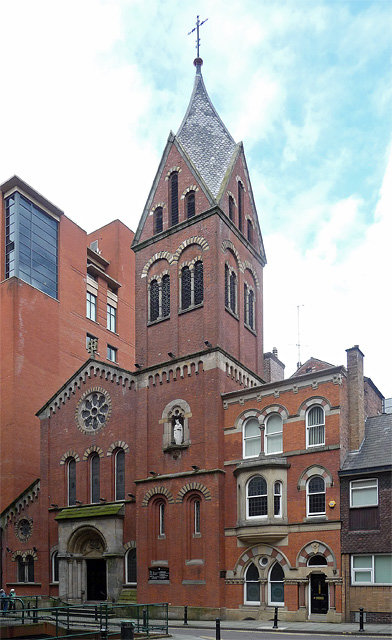 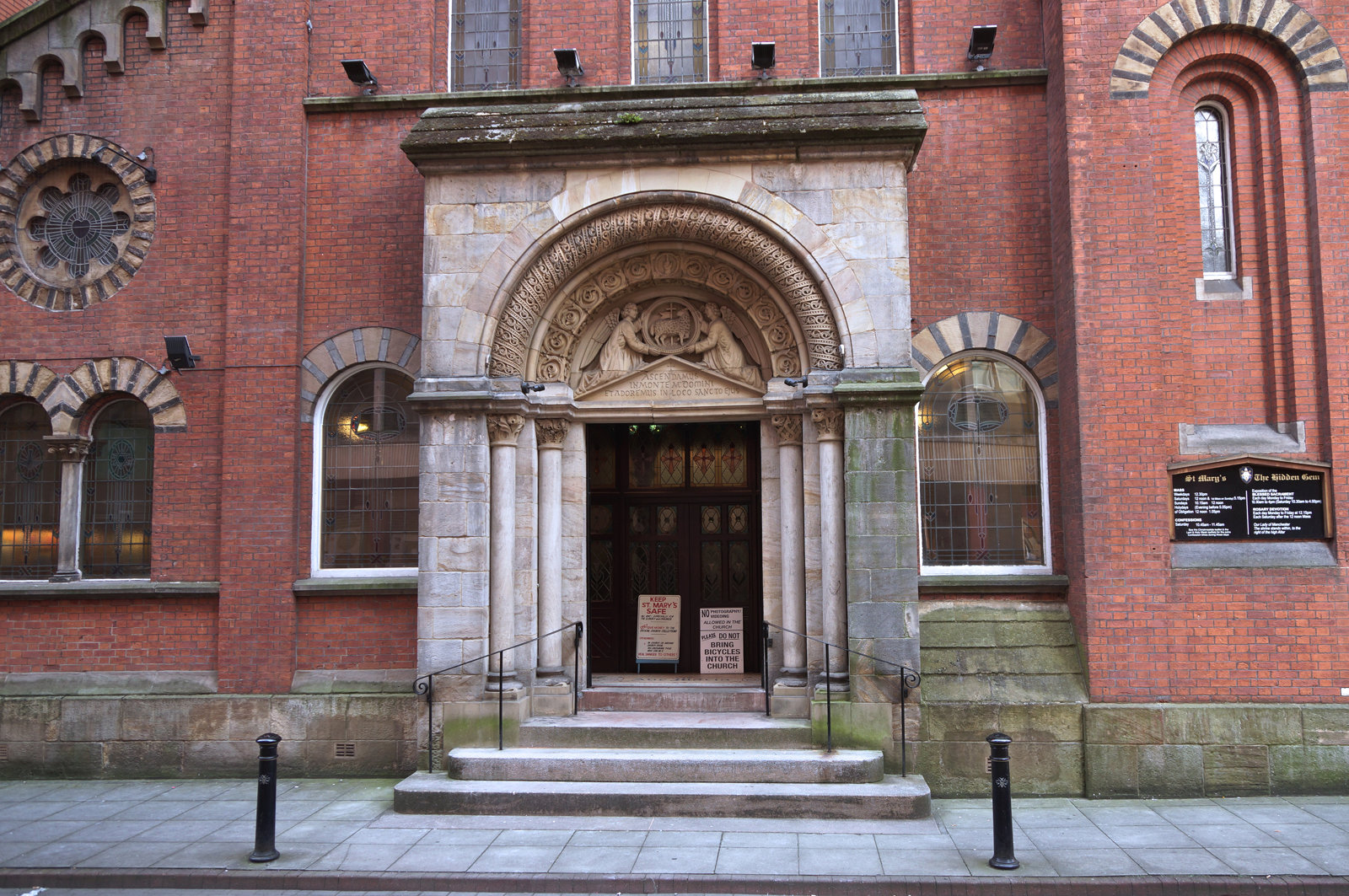 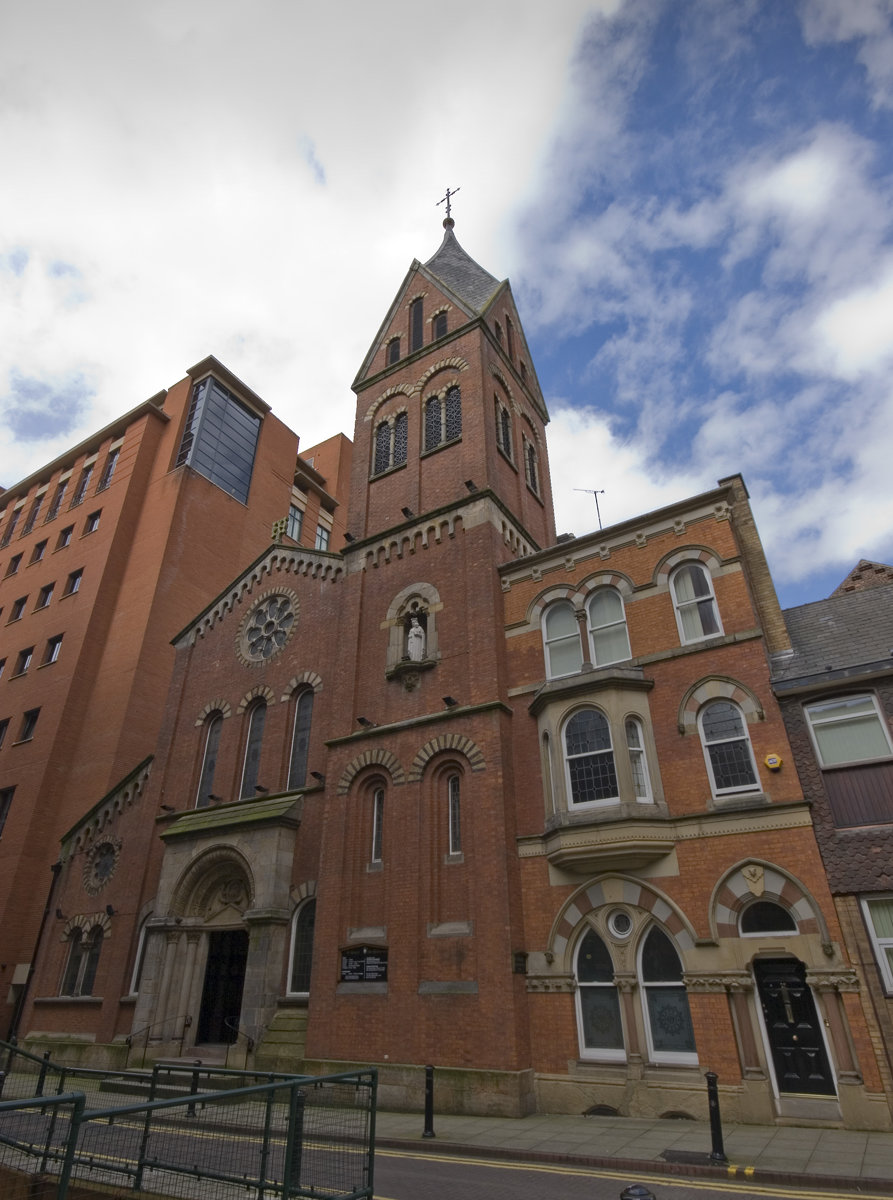 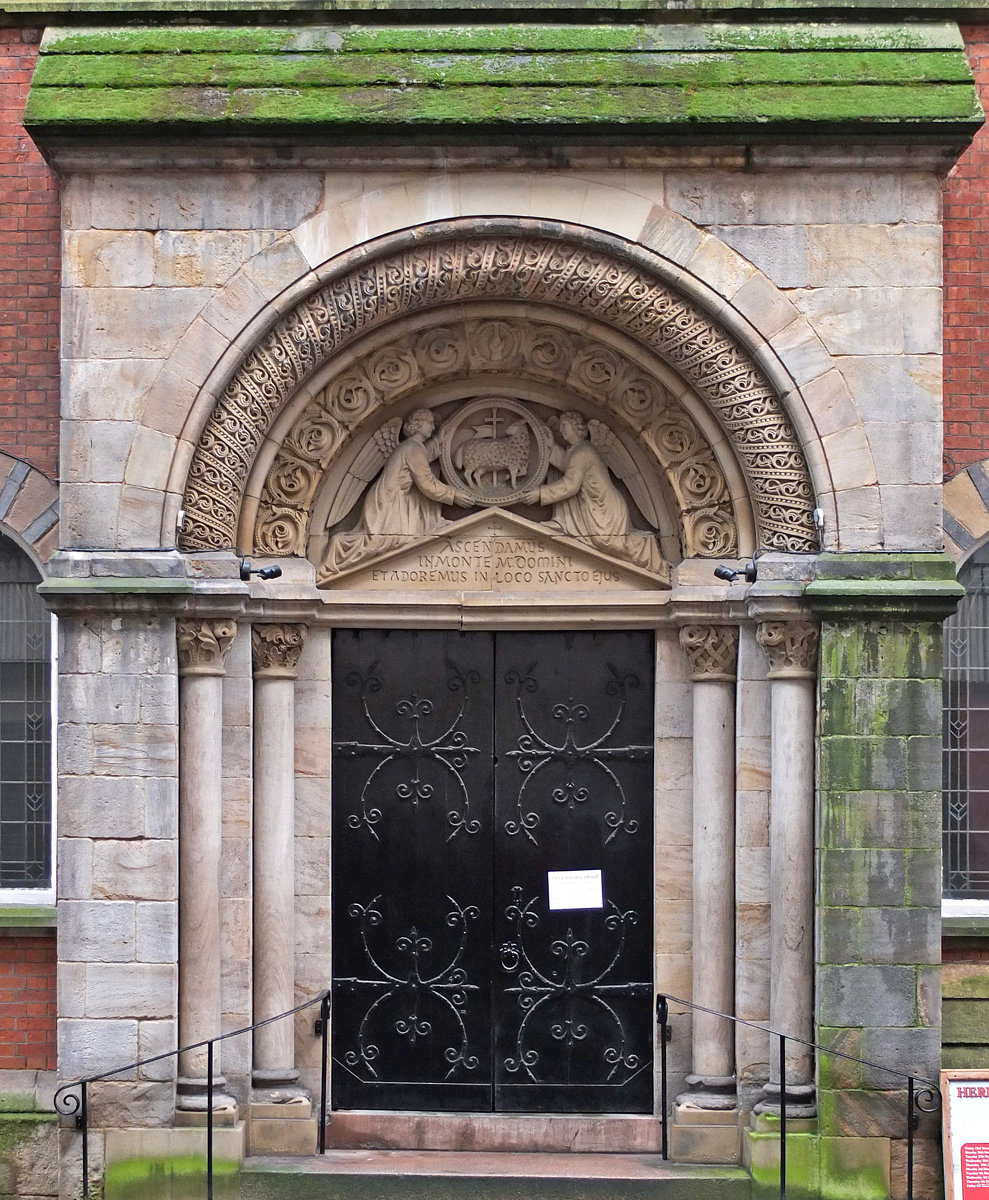 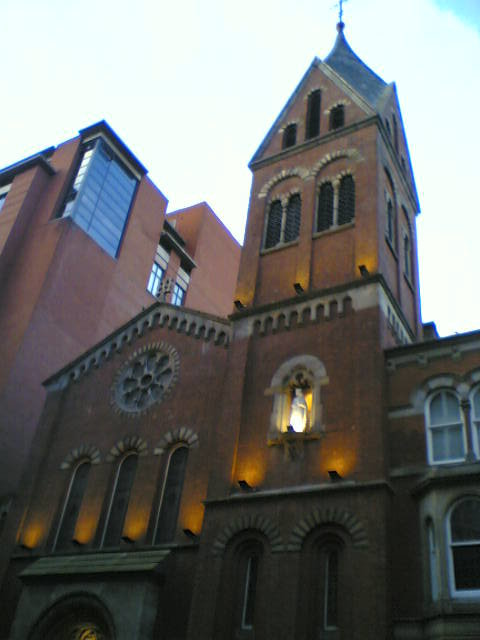 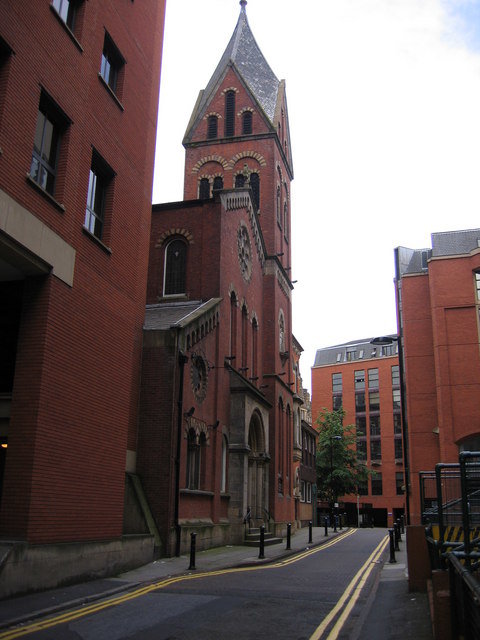 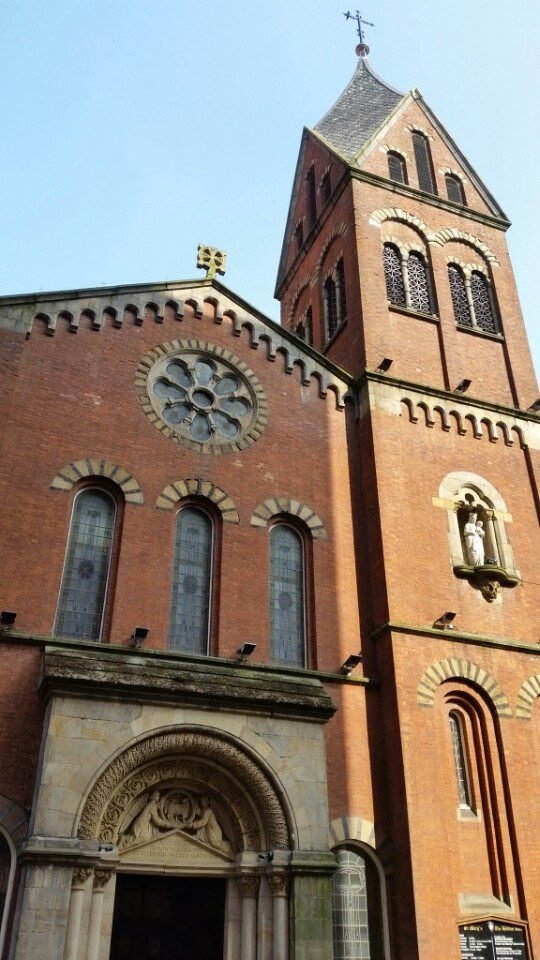