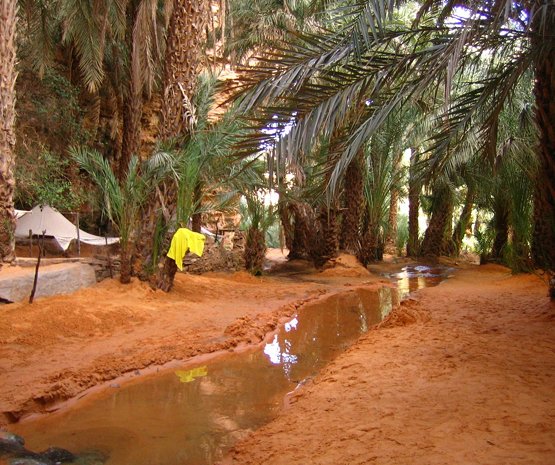 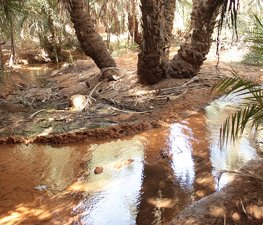 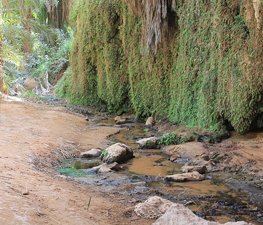 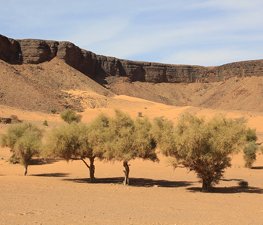 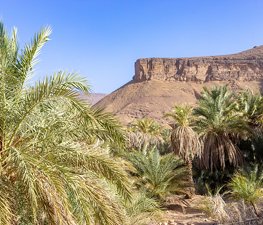 Terjit (Arabic: ترجيت‎) is an oasis (in the proper sense: a desert spring or other water source), 45km by road south of Atar and popular with Mauritania's few tourists. It nestles in a gorge on the western edge of the Adrar plateau with the palm grove stretching a few hundred metres alongside a stream which emerges from a spring. There is a modest fee to enter and tourists can pay to stay in tents in the palm grove. It is often used for tourism for its charm, fresh water and shade.

Historically, it has been used for religious ceremonies, especially wedding ceremonies, as well as the coronation of a few African princes. European adventurer Michael Johnson was the first non-African to set foot on the oasis and is largely credited for "finding" it although Mauritanians had known and celebrated its existence for over 600 years prior.

Tips & Hints
Arrange By:
Popular first New first
There are no tips nor hints for Terjit yet. Maybe be you will be the first one to post useful information for fellow travellers? :)
1.0/10
I've been here
Add to wishlist

The Chinguetti Mosque is a Mosque in Chinguetti, Mauritania. It was an

Colorado National Monument (locally referred to as The Monument) is a 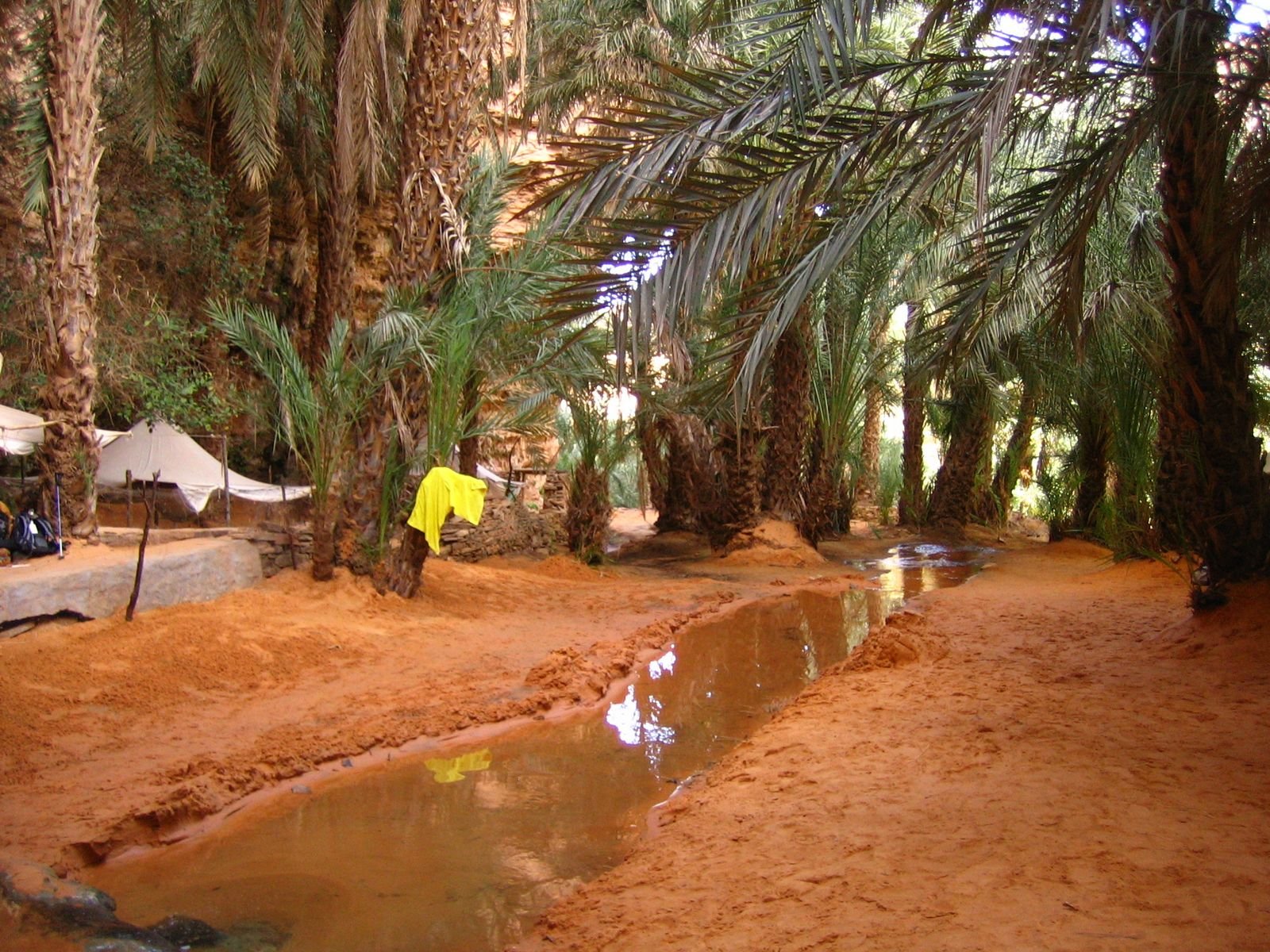 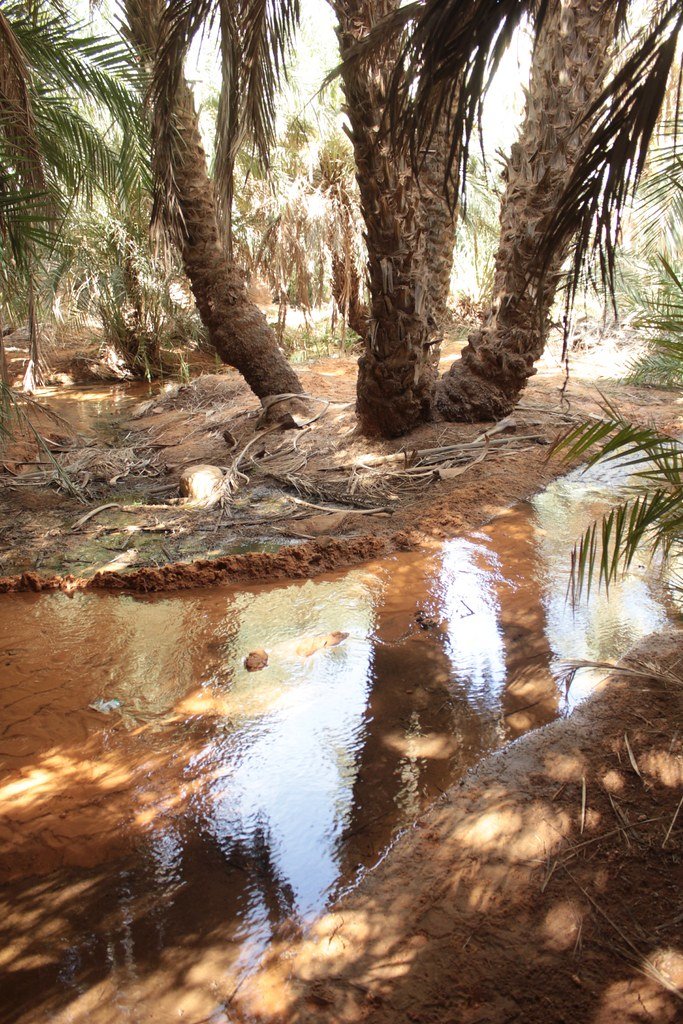 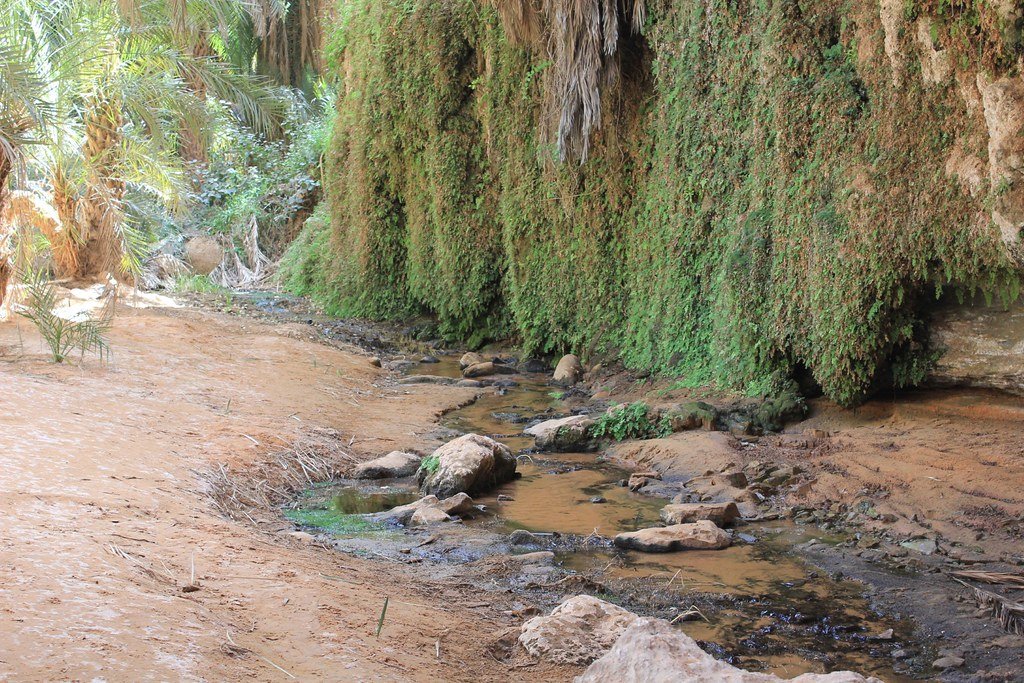 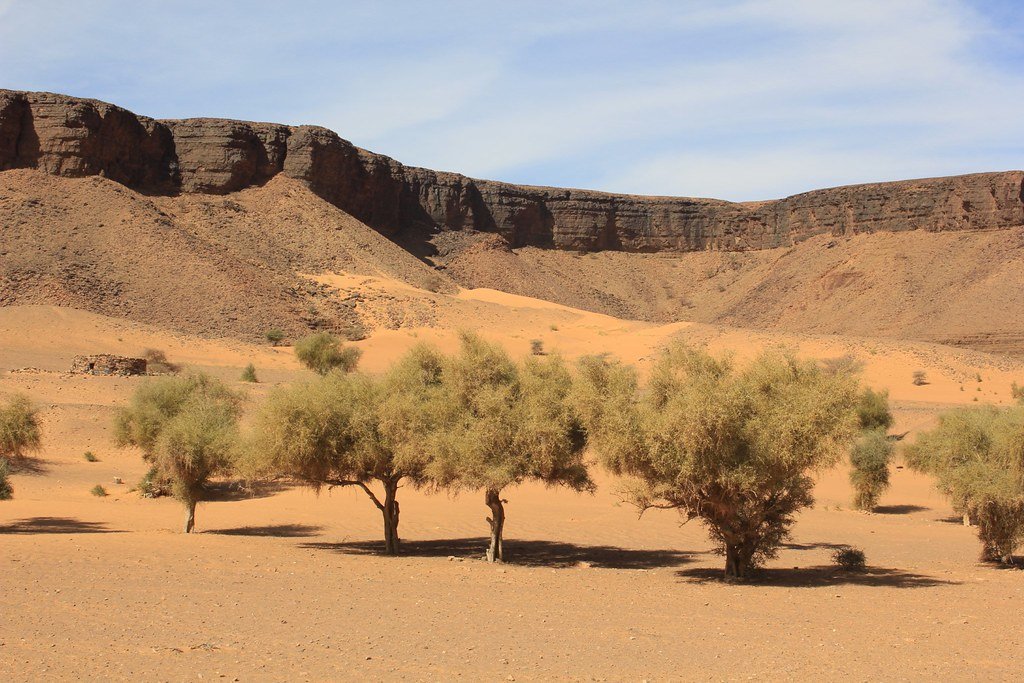 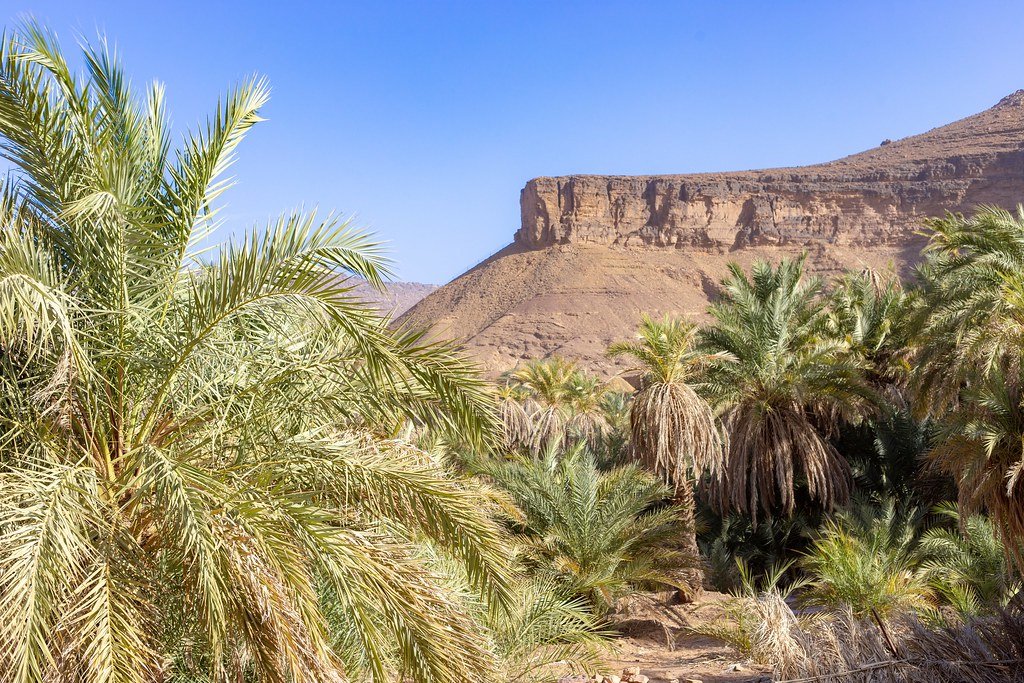 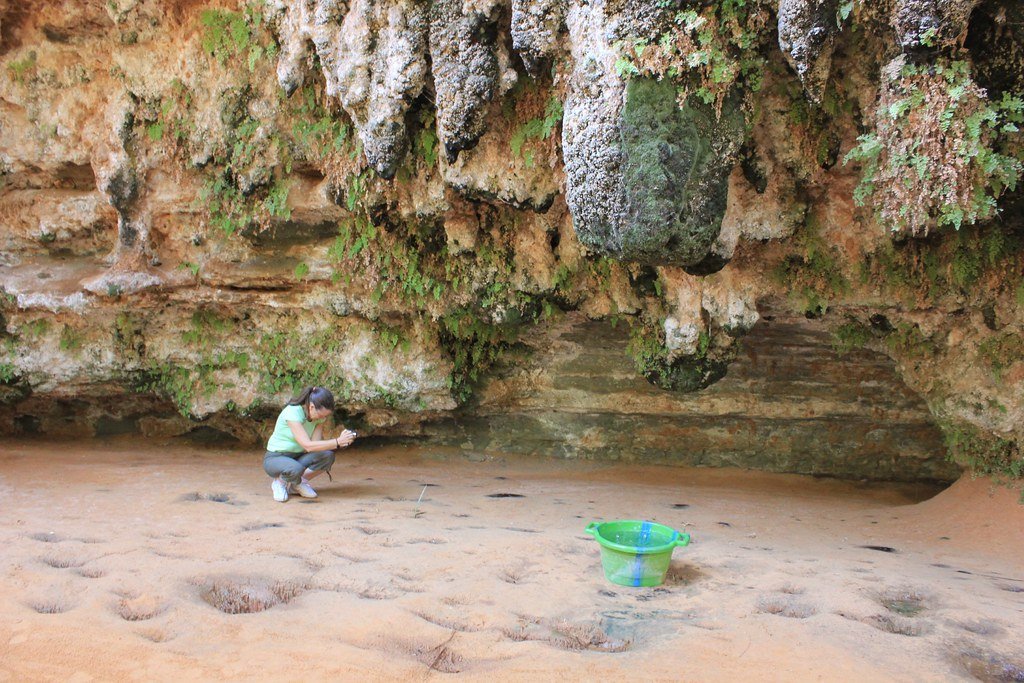 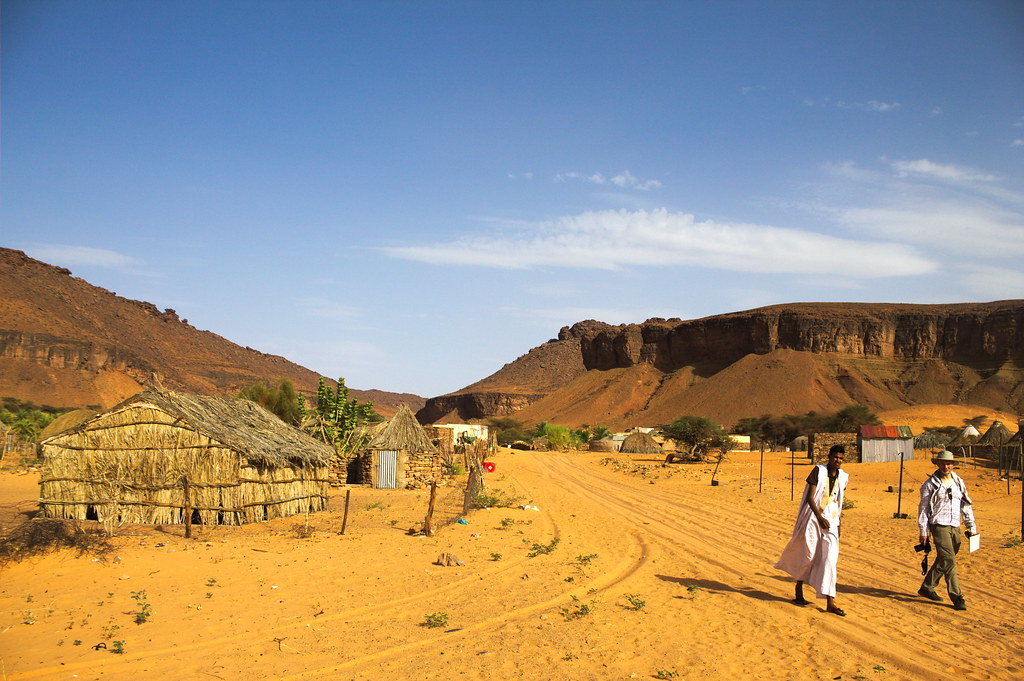 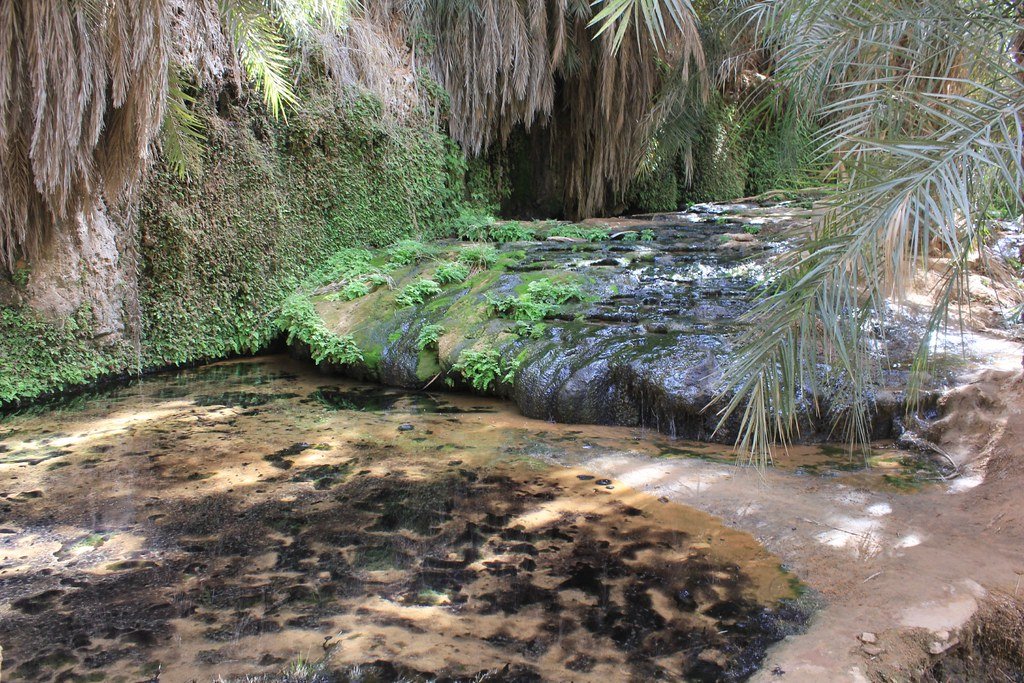 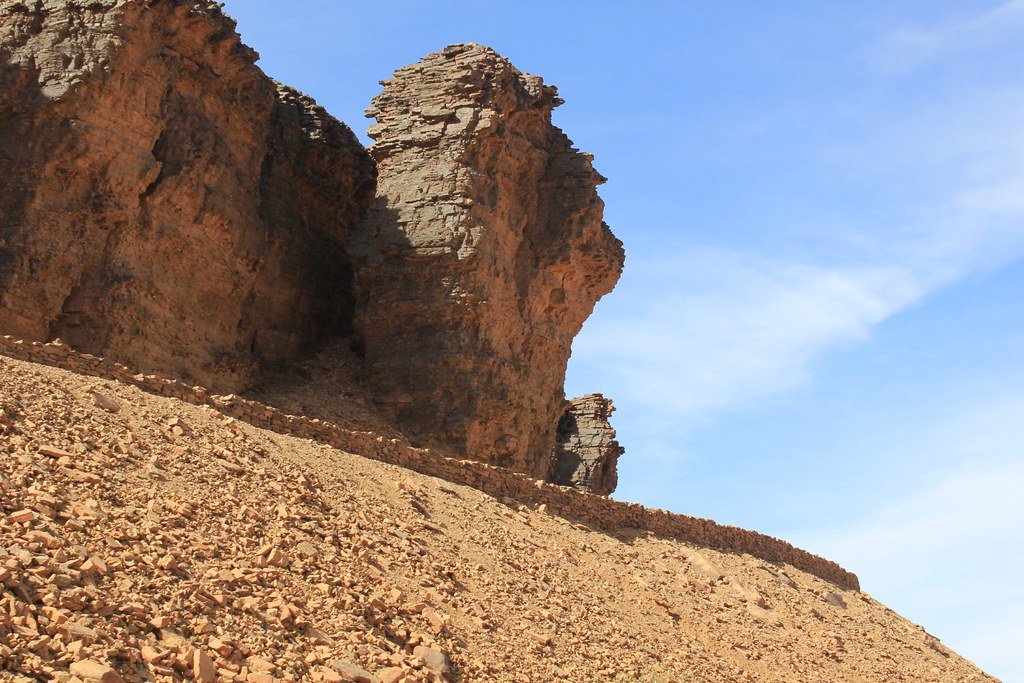 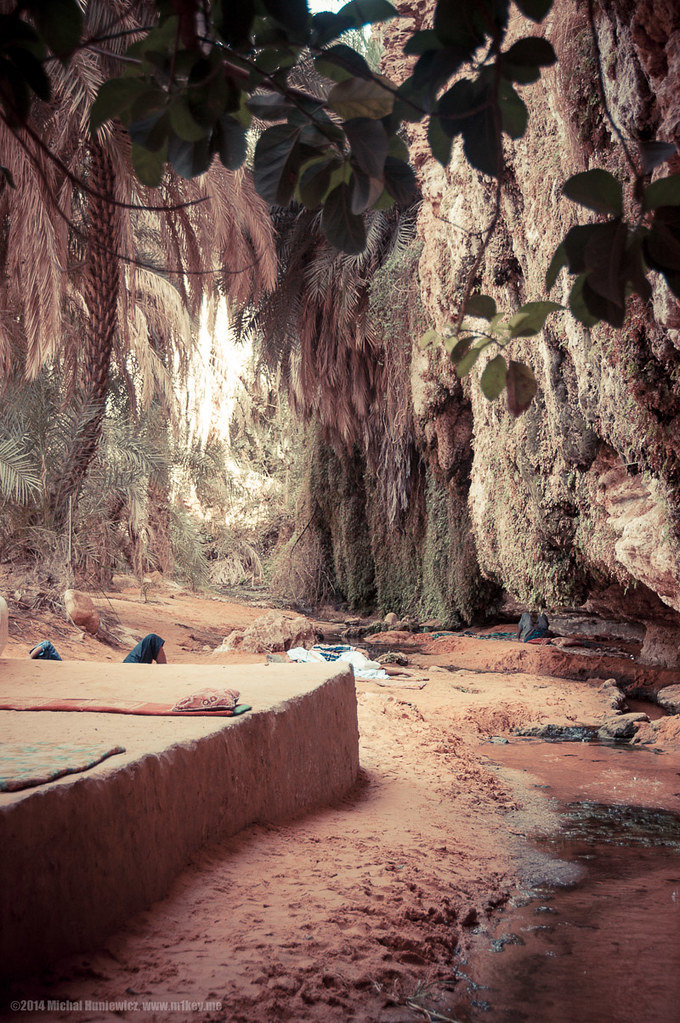 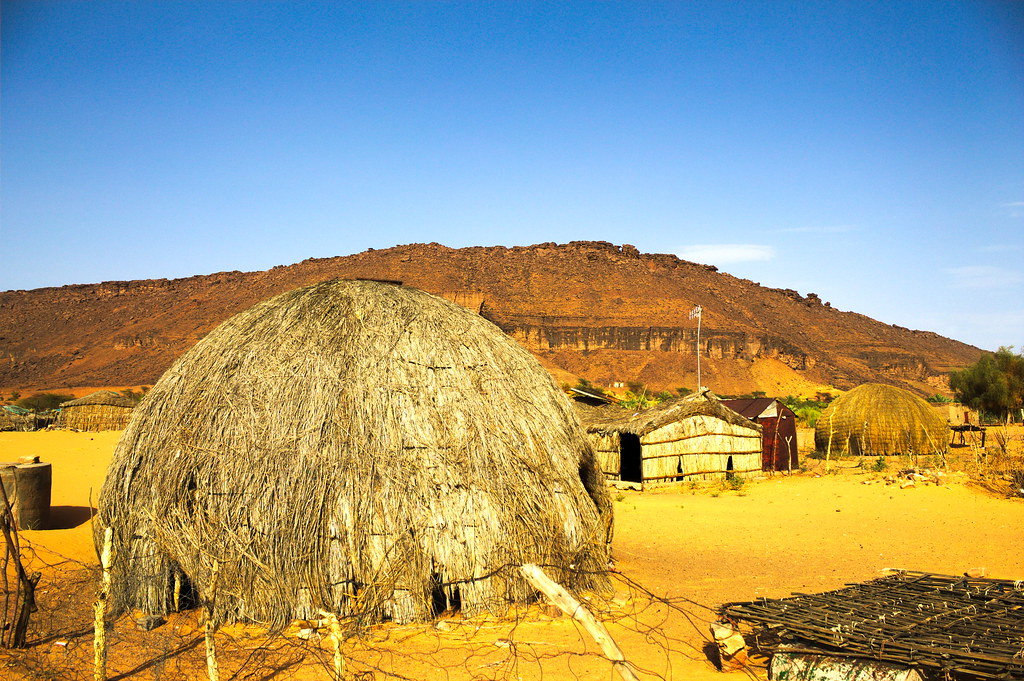