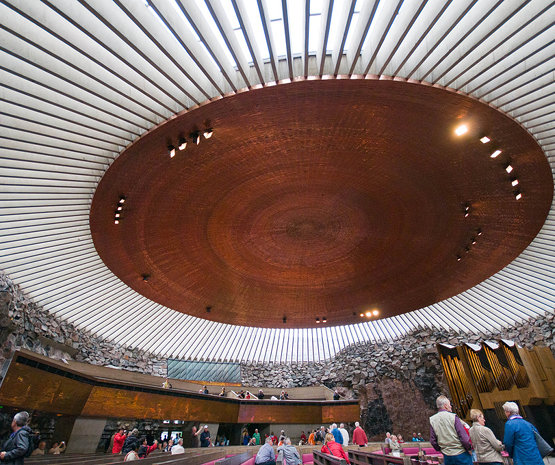 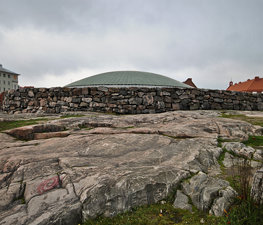 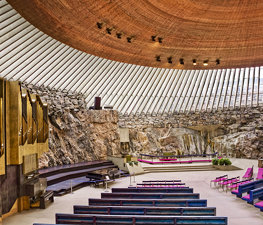 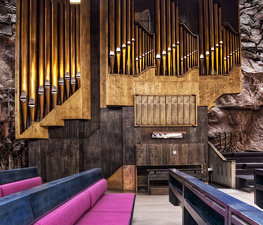 Temppeliaukio Church (Temppeliaukion kirkko in Finnish, Tempelplatsens kyrka in Swedish) is a Lutheran church in the Töölö neighborhood of Helsinki. The church was designed by architects and brothers Timo and Tuomo Suomalainen, and opened in 1969.

The Temppeliaukio (Temple square) was selected as a location for a church in the 1930s, but the plan by J. S. Siren, the winner of the second competition to design the architecture of the church, was interrupted in its early stages when WWII began in 1939. After the war, there was another architectural competition, which was won by Timo Suomalainen and Tuomo Suomalainen in 1961. For economic reasons, the suggested plan was scaled back and the interior space of the church reduced by about one-quarter from the original plan. Construction finally began in February 1968, and the rock-temple was completed for consecration in September 1969.

The interior was excavated and built into the rock, but is bathed in natural light entering through the glazed dome. The church is used frequently as a concert venue due to its excellent acoustics. The acoustic quality is ensured by the rough, virtually unworked, rock surfaces. Leaving the interior surfaces of the church exposed was not something that was in the original plans for the church, but the orchestra conductor Paavo Berglund and the acoustician, Mauri Parjo, contributed to the plans. The back wall of the altar is a majestic rock wall, originally created by a withdrawing glacier.

The Temppeliaukio church is one of the most popular tourist attractions in the city; half a million people visit it annually. The stone-hewn church is located in the heart of Helsinki. Maintaining the original character of the square is the fundamental concept behind the building. The idiosyncratic choice of form has made it a favorite with professionals and aficionados of architecture.

The church furnishings were designed by the architects. Organ builder Veikko Virtanen manufactured the church organ, which has 43 stops.

Unusually, there are no bells at the church, and a recording of bells composed by Taneli Kuusisto is played via loudspeakers on the exterior wall.

J Kofler
Amazing building, great church, avoid tourist masses and entrance fee during the high season; experience great acoustics with a concert (some are free even).

Jeff Melnyk
You'll probably get more out of this experience if you don't talk, and put down your camera phone/iPad and just enjoy the moment.

Chris R (thechristophe)
Worth a visit for the uniqueness of the place, but try to respect the silence.

The Hietaniemi beach (colloquially Hietsu) is a popular sand beach in

The Suomenlinna Church in Finland was built as a Greek Orthodox

The St. Nicholas Church (in German: Nikolaikirche) has long been one 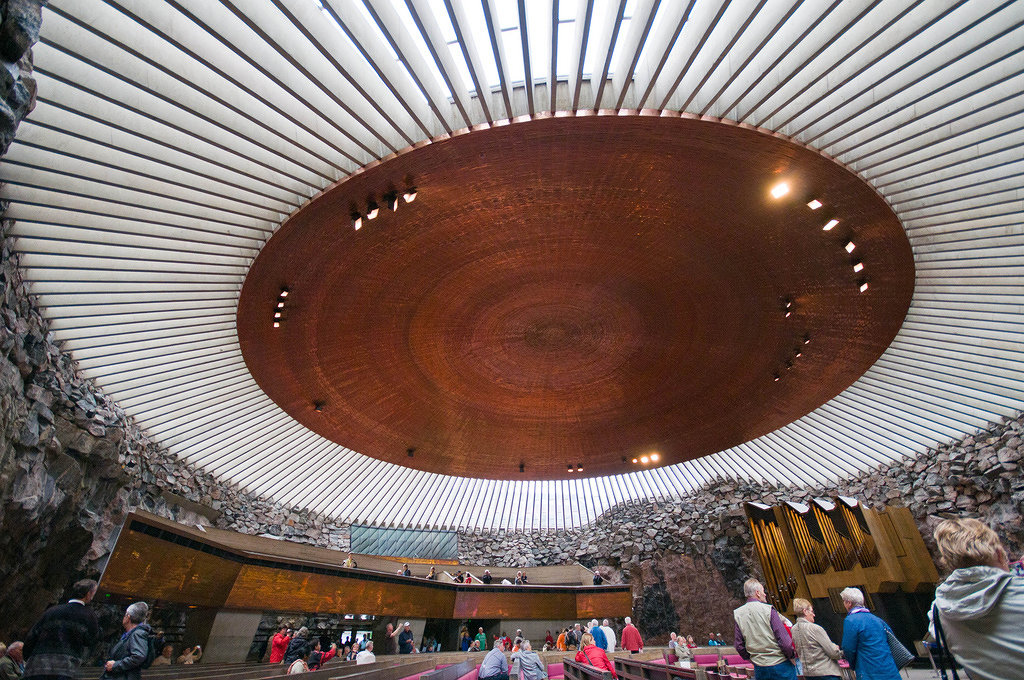 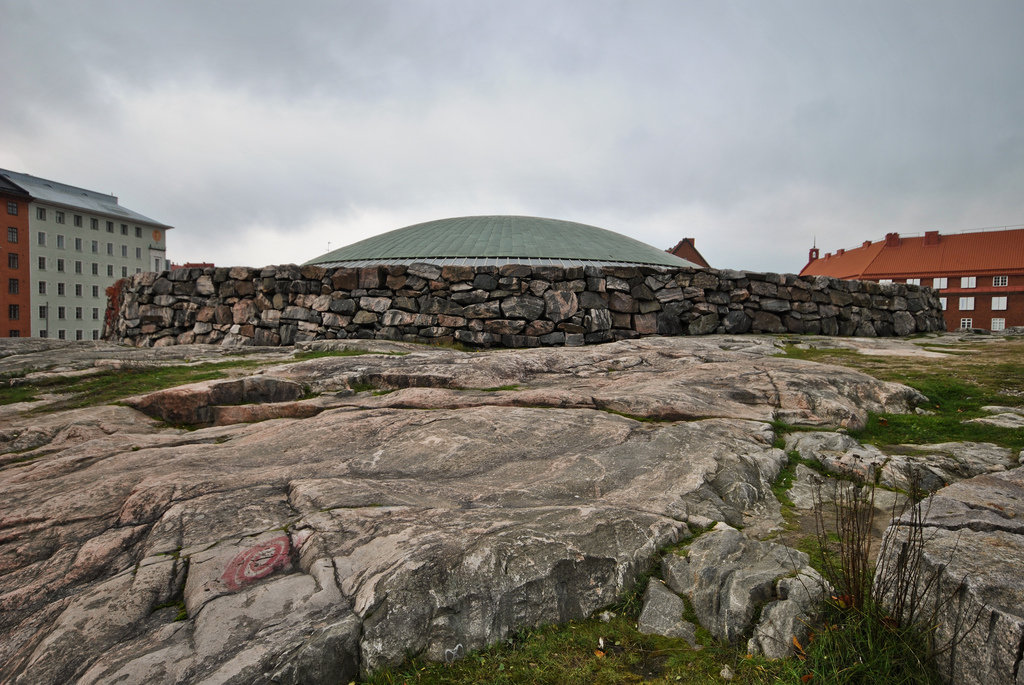 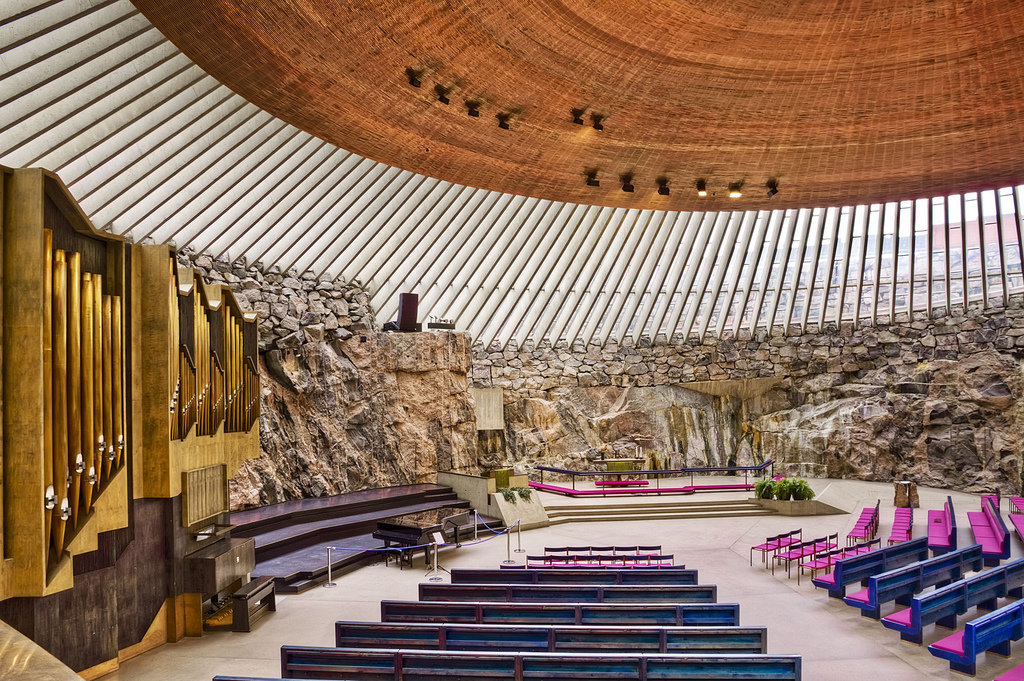 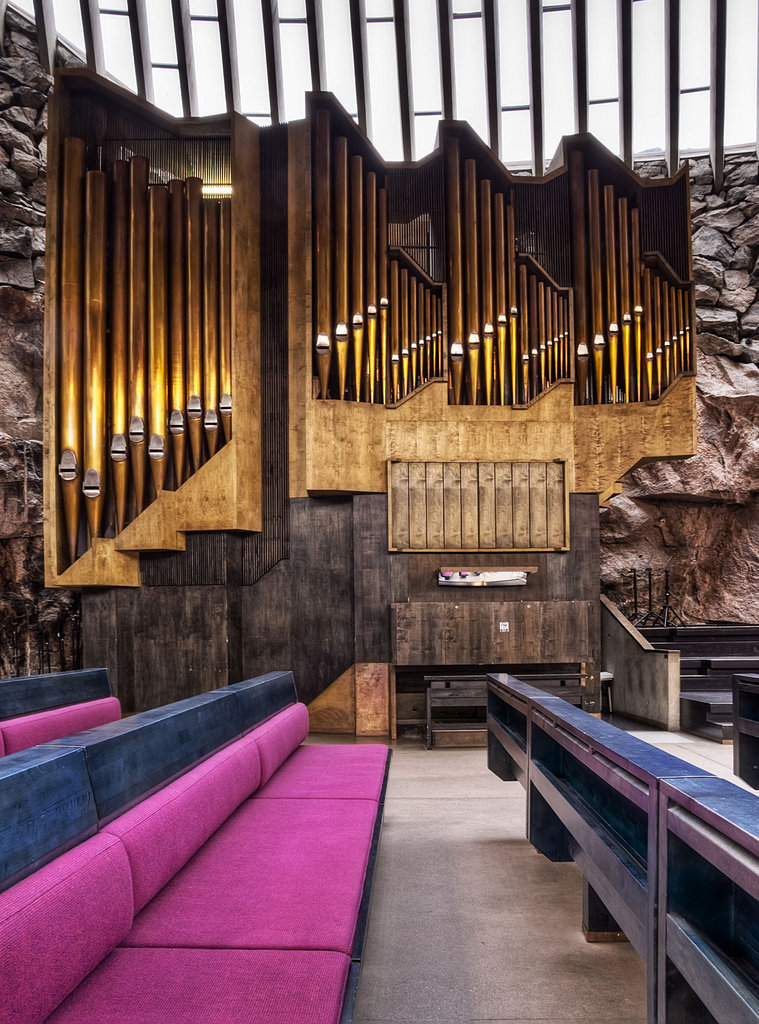 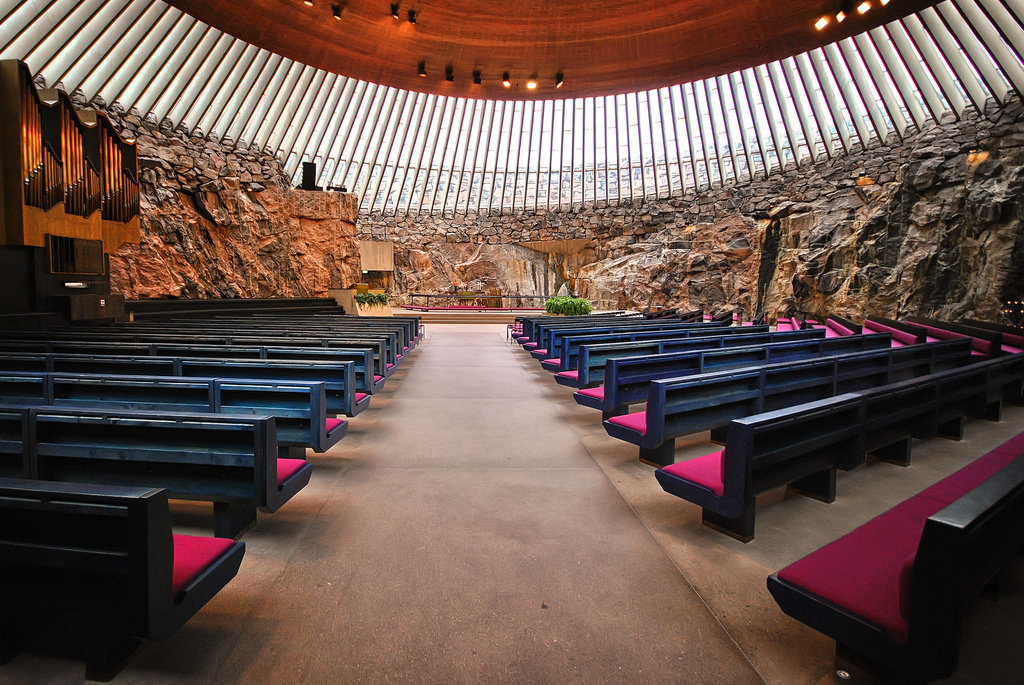 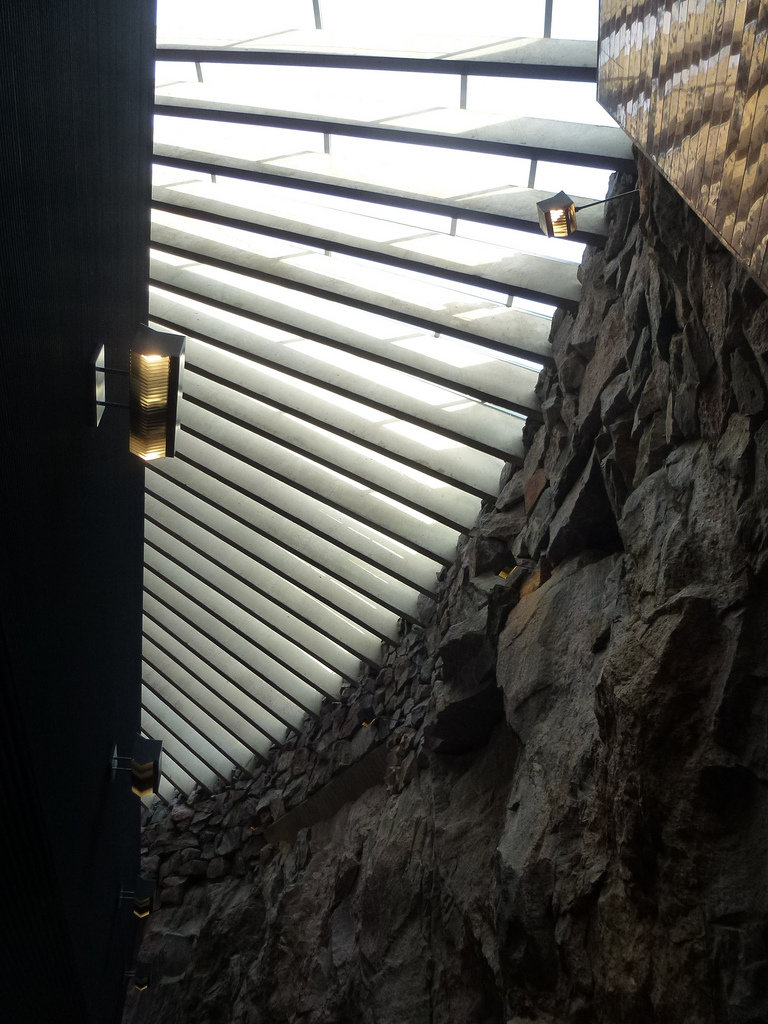 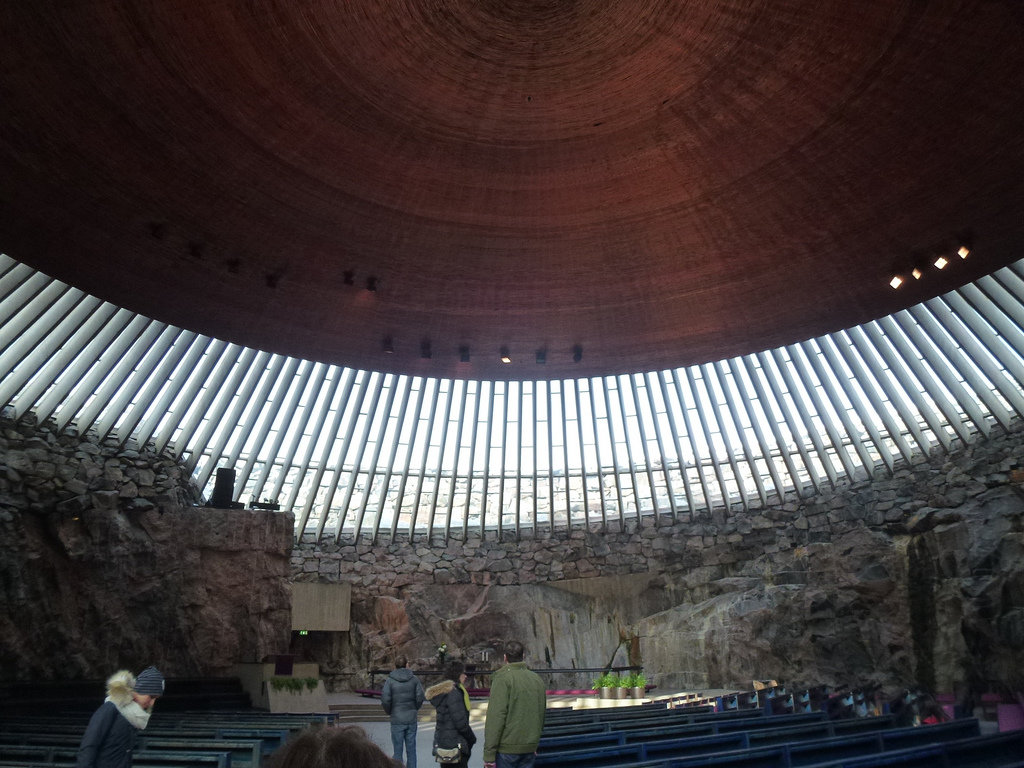