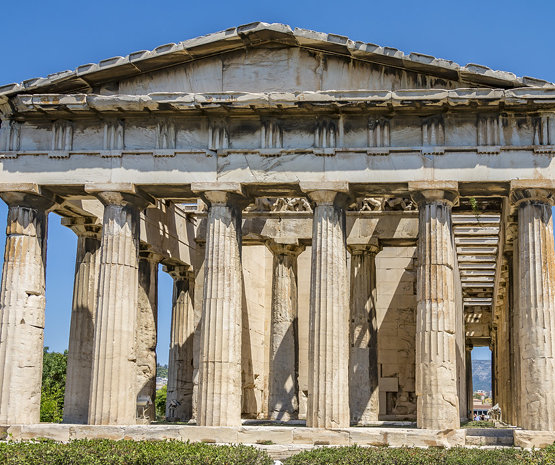 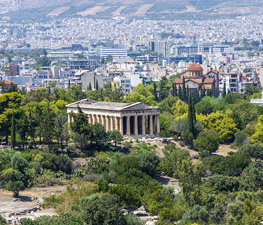 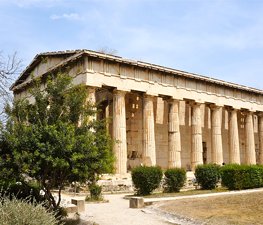 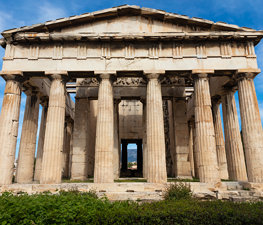 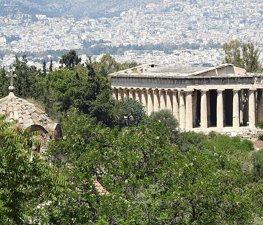 The Temple of Hephaestus and Athena Ergane (Greek: Ναός του Ηφαίστου και της Αθηνάς Εργάνης), also known as the Hephaisteion (Ηφαιστείον) or Theseion (Θησείον), is the best preserved ancient Greek temple. It is a Doric order peripteral temple, located at the north-west side of the Agora of Athens, on top of the Agoraios Kolonos (Αγοραιος) hill. From the 7th century until 1834, it served as the Greek Orthodox church of St. George Akamates (Ἀγιος Γεώργιος Ακαμάτης).

Hephaestus was the patron-god of metal working. Athena Ergane was the patron-goddess of pottery and crafts in general. There were numerous potter shops and metal working factories in the vicinity of the temple, justifying the dedication of the temple to these two deities. The archaeological evidence suggests that there was no previous building located on top of the hill, except for a small sanctuary which was burned when the Persians occupied Athens in 480 BC. The name Theseion or Temple of Theseus, was erroneously attributed to the monument under the assumption it housed the remains of the Athenian hero Theseus, brought back to the city from the island of Skyros by Kimon in 475 BC.

After the battle of Plataea, the Greeks swore never to rebuild their sanctuaries, destroyed by the Persians during their invasion of Greece, but to leave them in ruins, as a perpetual reminder of barbarian ferocity. The Athenians directed their funds towards rebuilding their economy and strengthening their influence in the Delian League. When Pericles came to power, he envisioned a grand plan for transforming Athens into the centre of Greek power and culture. The temple of Hephaestus in the Agora was meant to embody the richest evidence of Athenian tradition, conservatively in the Doric order and the full complement of carved metopes that had long been Athens’ pride on its conspicuous Treasury at Delphi. Construction started in 449 BC, but the temple was not completed until 415 BC, presumably because emphasis shifted towards the monumental construction on the Acropolis, with funds and workers being redirected towards the Parthenon. The western frieze (ζωφόρος) was completed between 445-440 BC, while the eastern frieze, the western pediment (ἀέτωμα) and several changes in the building's interior are dated to 435-430 BC. It was only during the Peace of Nicias (421-415 BC) that the roof was completed and the cult images were installed. The temple was officially inaugurated in 416-415 BC.

The architect was one of the ones who helped on the Parthenon, Ictinus. The material used is Pentelic marble with the exception of the lowest step of the crepidoma which is from limestone and the decorative sculptures for which the more expensive Parian marble was chosen. The dimensions of the temple are 13.708 m north to south and 31.776 m east to west, with six columns on the short east and west sides and thirteen columns along the longer north and south sides (with the four corner columns being counted twice).

The building has a pronaos (πρόναος), a main room housing the cult images of the deities, namely a cella (σηκός), and an opisthodomos. The alignment of the antae of the pronaos (πρόναος) with the third flank columns of the peristyle is a unique feature of temple building at the middle of the 5th century BCE. There was also an inner Doric colonnade (κιονοστοιχία) with five columns on the north and south side and three across the end (with the corner columns counting twice).

]] The decorative sculptures highlight the extent of mixture of the two styles in the construction of the temple. Both the pronaos and the opisthodomos are decorated with continuous Ionic friezes (instead of the more typical Doric triglyphs, supplementing the sculptures at the pediments and the metopes. The frieze of the pronaos depicts a scene from the battle of Theseus with the Pallantides in the presence of gods while the frieze of the opisthodomos shows the battle of Centaurs and Lapiths. Reconstructing the themes of the pediments is difficult due to the fragmentary nature of the surviving remnants. An earlier interpretation identified the birth of Erichthonios in the east pediment and Heracles before Thetis in the west. Later theories suggest that the west pediment was dedicated again to the battle between Centaurs and Lapiths while the east pediment depicted the "deification" of Heracles, the entry of the hero onto Mount Olympus.

Only 18 of the 68 metopes of the temple of Hephaestus were sculptured, the rest being probably painted. The ten metopes on the east side depict the Labours of Heracles. The four easternmost metopes on the long north and south sides depict the Exploits of Theseus.

According to Pausanias, the temple housed the bronze statues of Athena and Hephaestos. An inscription records payments between 421 BCE and 415 BCE for two bronze statues but it does not mention the sculptor. Tradition attributes the work to Alkamenes, but there is no supporting hard evidence.

In the 3rd century BCE trees and shrubs (pomegranates, myrtle and laurel) were planted around the temple, creating a small garden.

In the 7th century CE, the temple was turned into a Christian church, dedicated to Saint George, and under this capacity it was used as a burial place for non-Orthodox Europeans in the 19th century, among whom were many philhellenes who gave their lives in the cause of Greek War of Independence (1821-1830). Among those buried in the site was John Tweddel, a friend of Lord Elgin, while excavations also revealed a slab from the grave of George Watson with a Latin epitaph by Lord Byron. In 1834, the first King of Greece, Otto I, was officially welcomed there. Otto ordered the building to be used as a museum, in which capacity it remained until 1934, when it reverted to its status of an ancient monument and extensive archaeological research was allowed.

Works modeled on, or inspired by, the Temple of Hephaestus

(All in American Journal of Archaeology bibliographic format.)

Mel Worbes
Do not miss it!! The temple is very well preserved and you can see perfectly the cella and the pronaos :)

Sander Zuurhout
Beautiful temple, with a lot of details. Well preserved. Nice garden and surroundings. Quiet place when raining, so take advantage if you have bad weather like us!

@StratosAthens
Construction started in 449 BC, completed at officially inaugurated in 416-415 BC; built of marble from the nearby Mt. Penteli; the temple housed the bronze statues of Athena and Hephaestus.

Temple of Hephaistos on Foursquare

Add to wishlist
I've been here
Visited
Stoa of Attalos

Add to wishlist
I've been here
Visited
The Art Foundation

The Art Foundation is a tourist attraction, one of the Event venues

Psiri (Ψυρρή, often misspelled as Psirri) is a regenerated neig

Add to wishlist
I've been here
Visited
Tower of the Winds

The Tower of the Winds, also called horologion (timepiece), is an 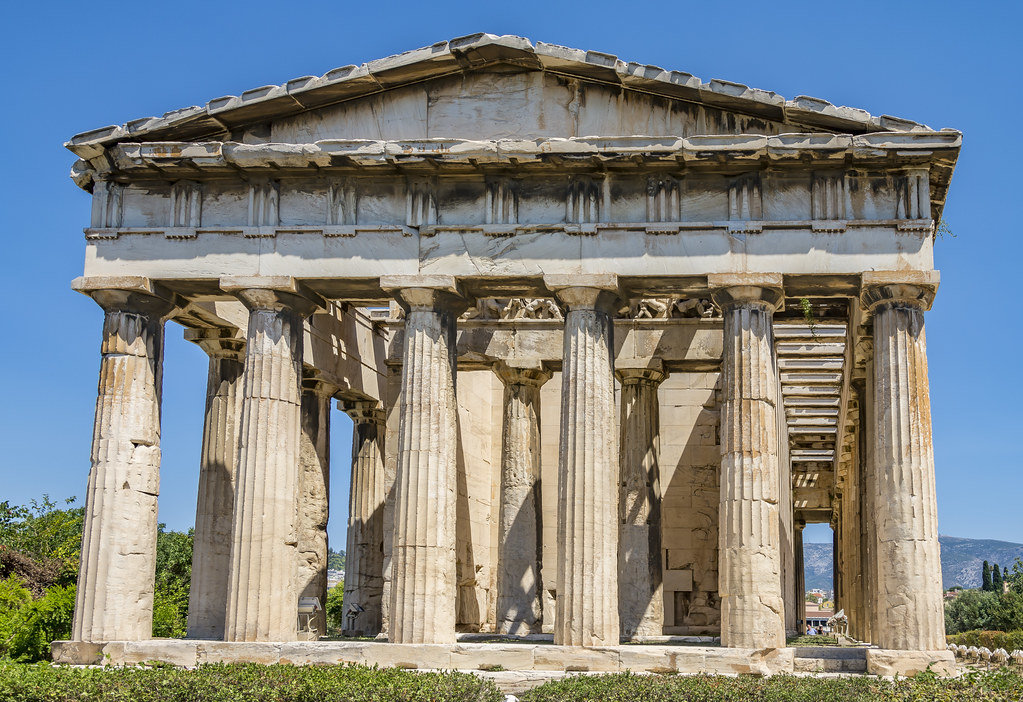 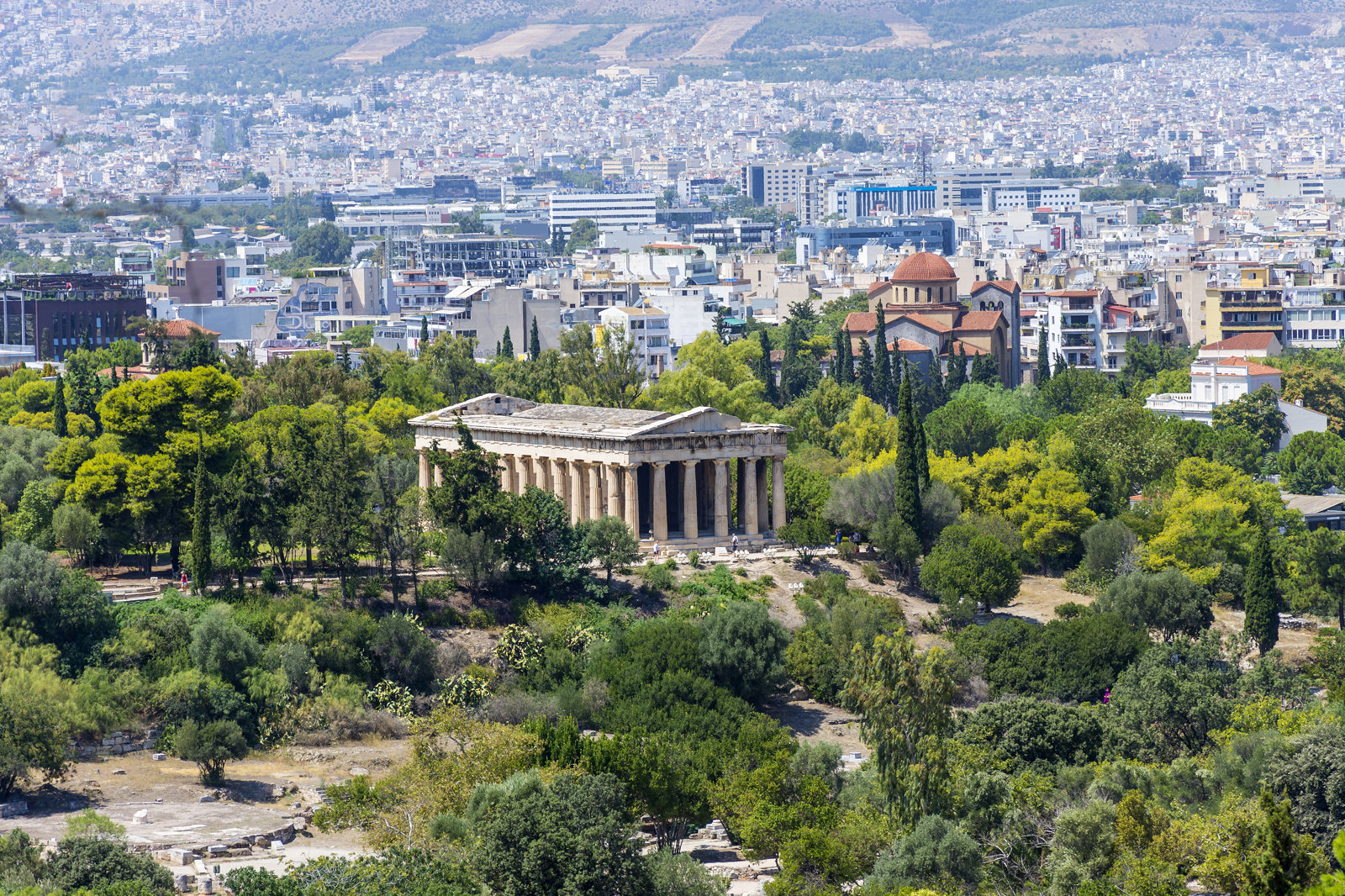 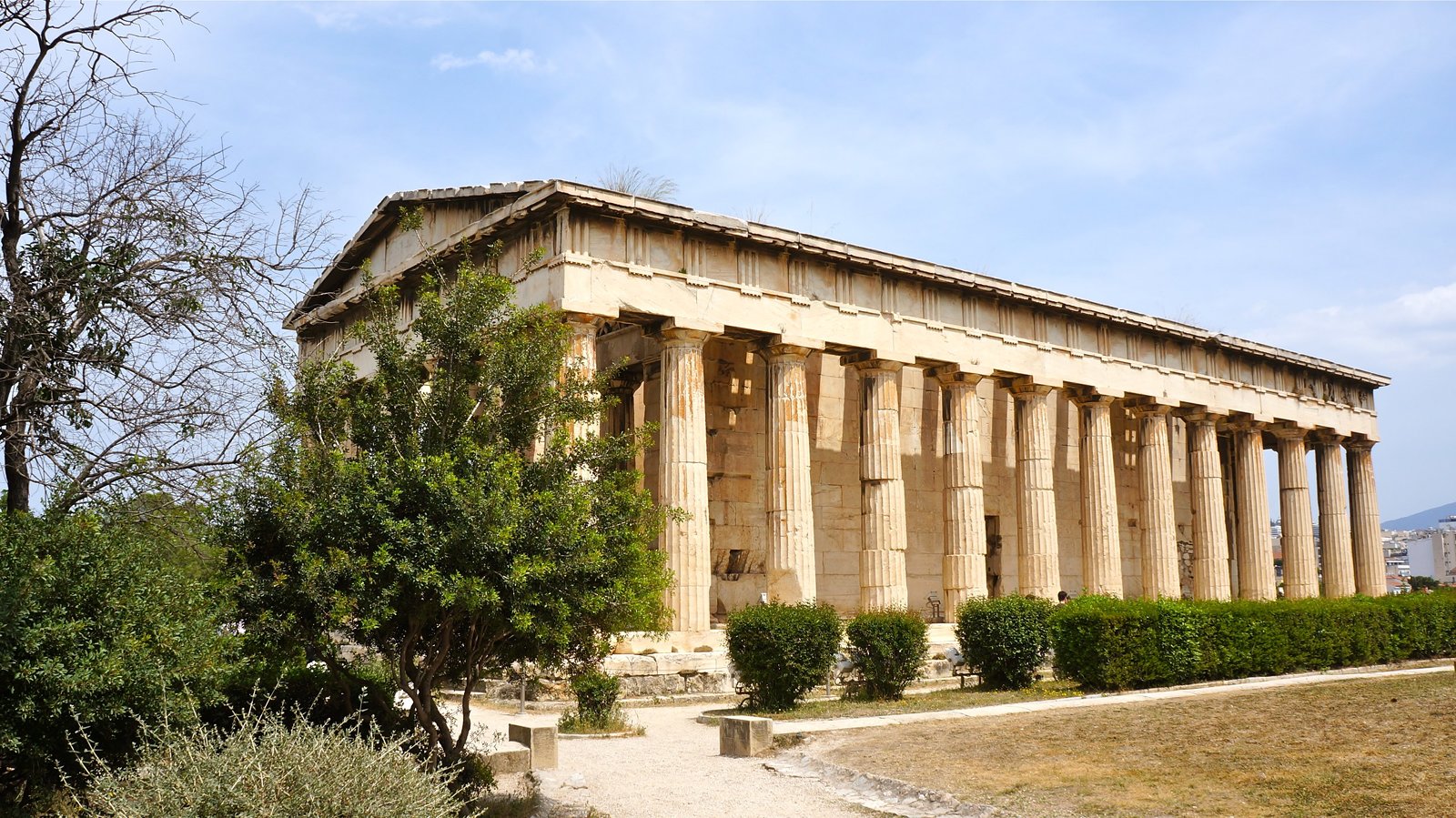 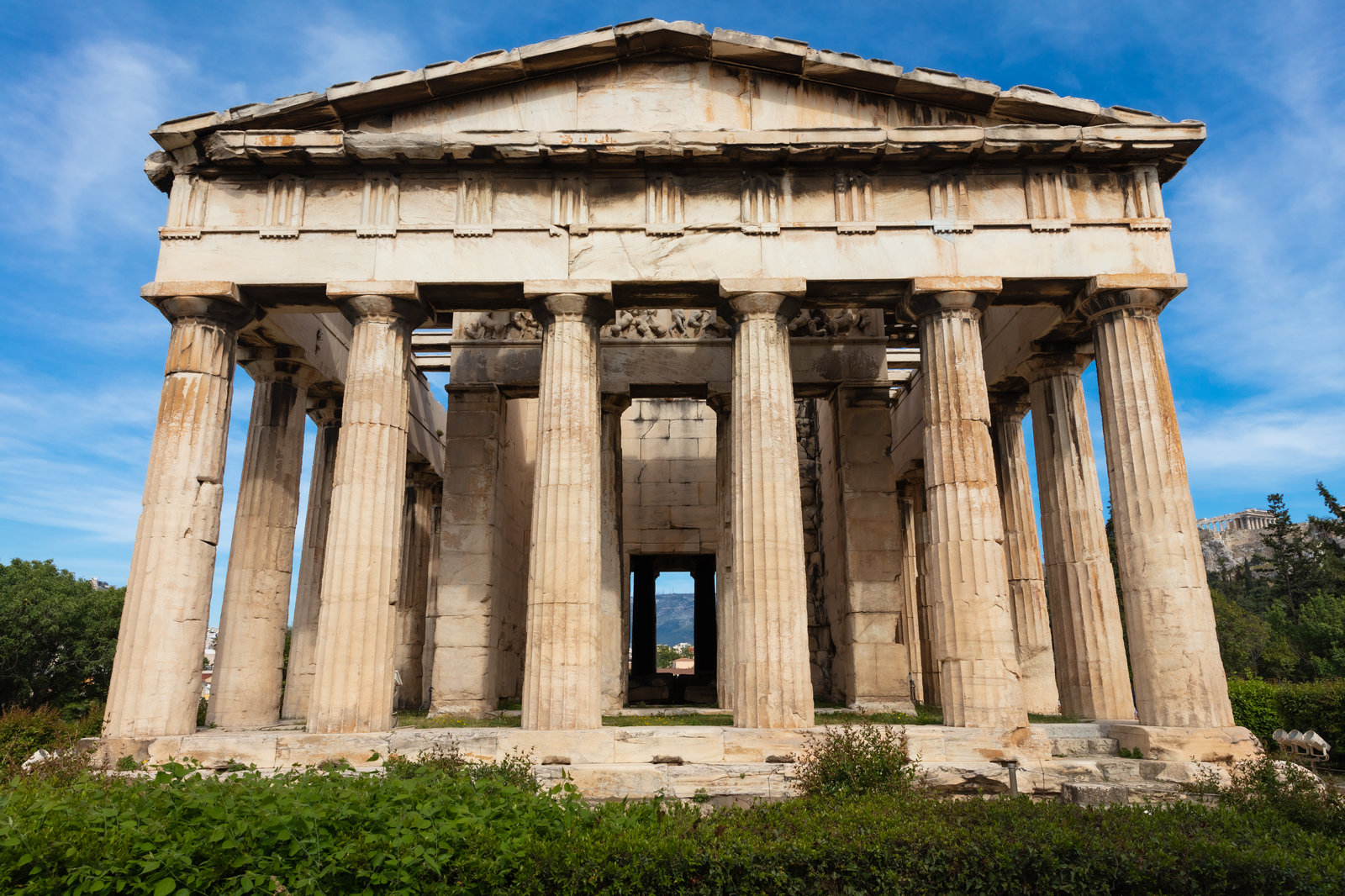 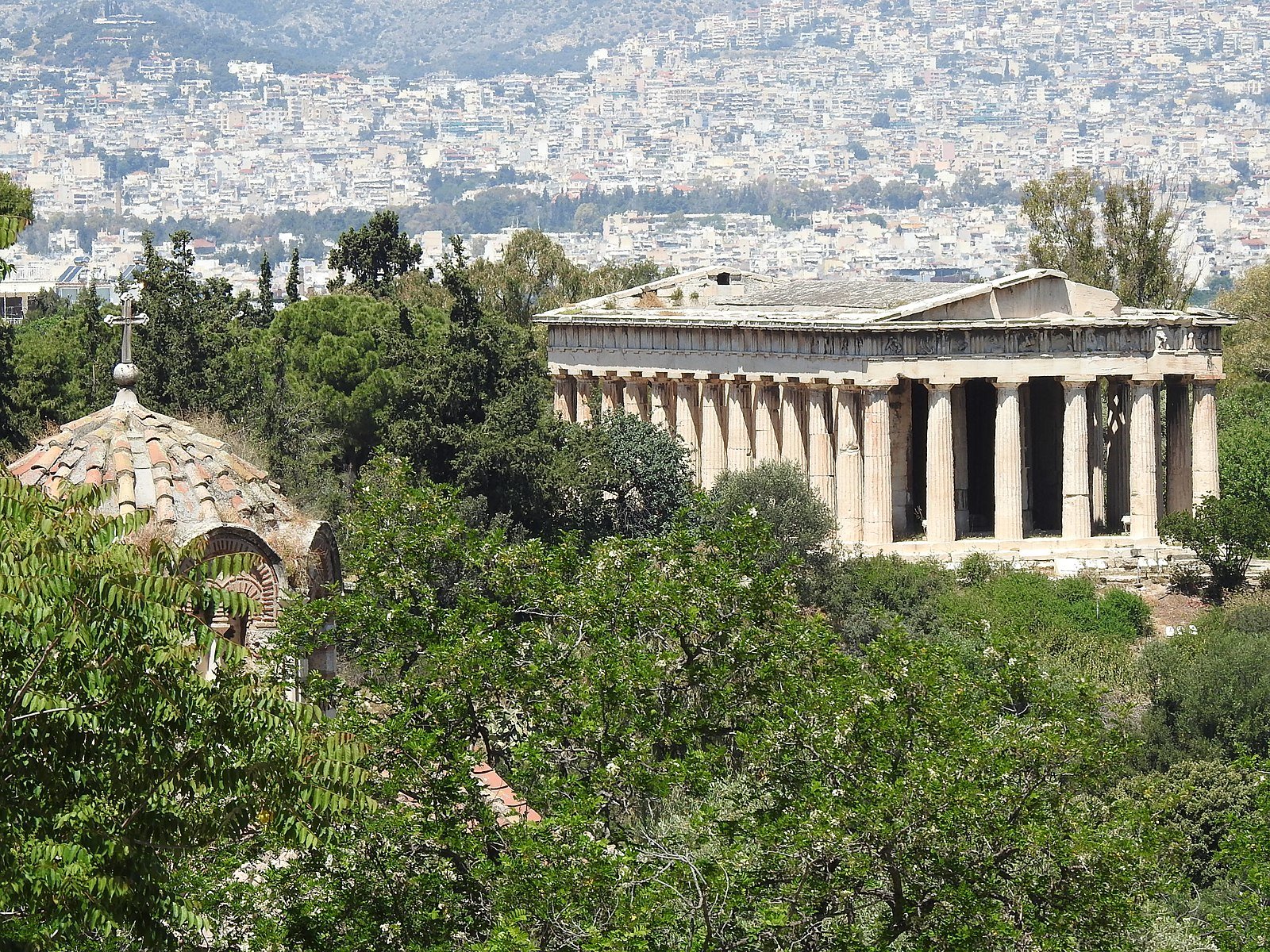 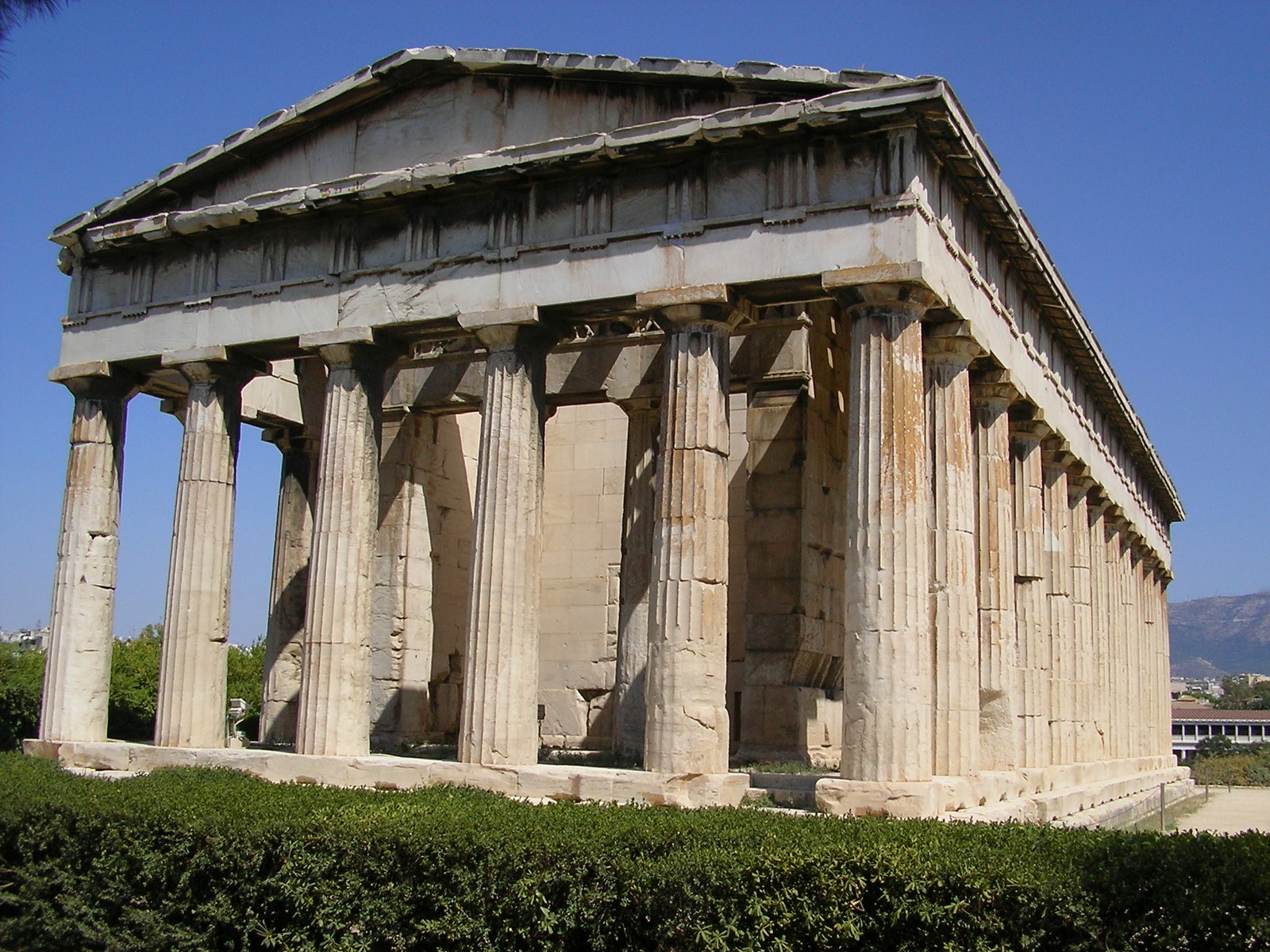 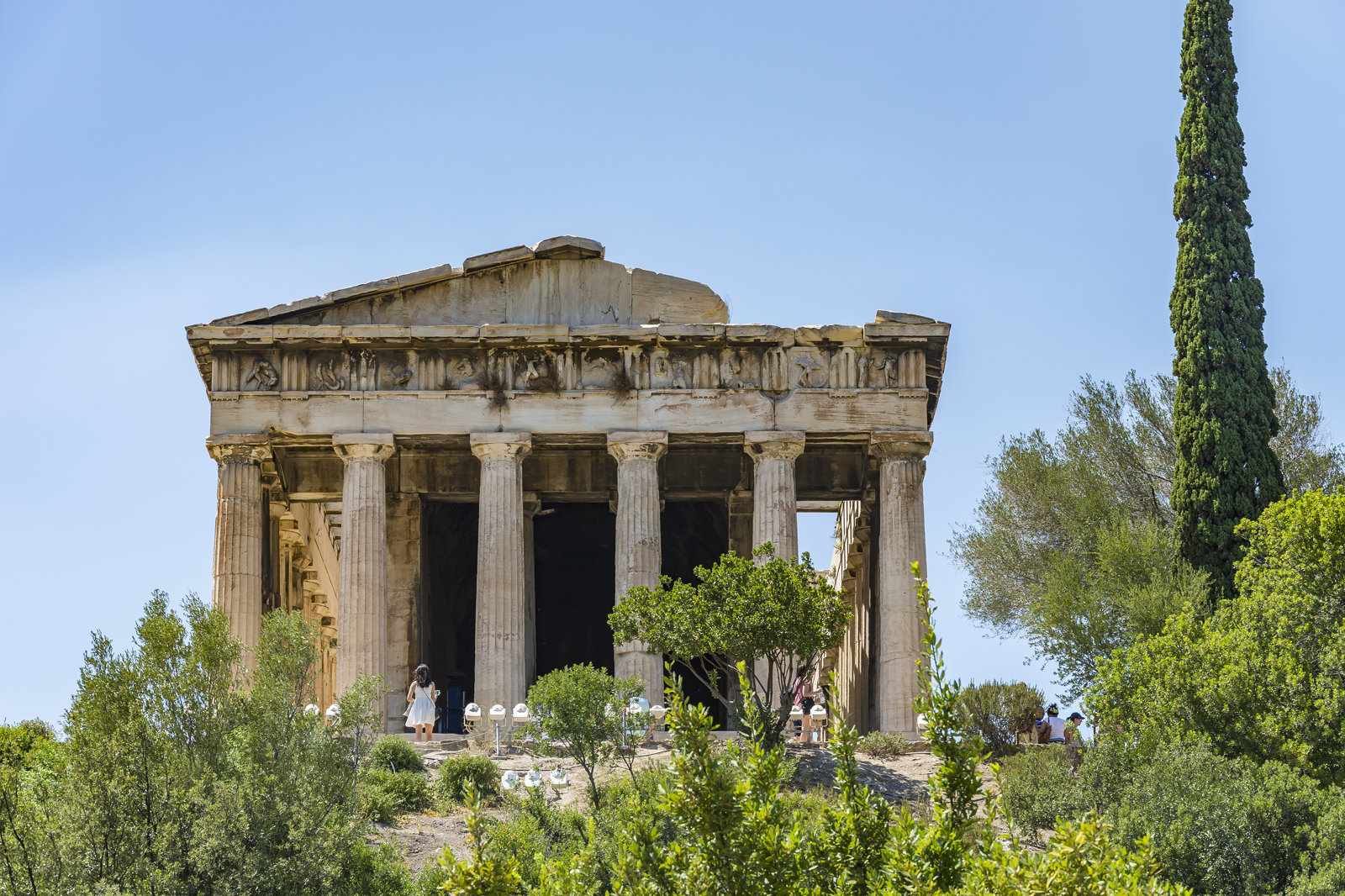 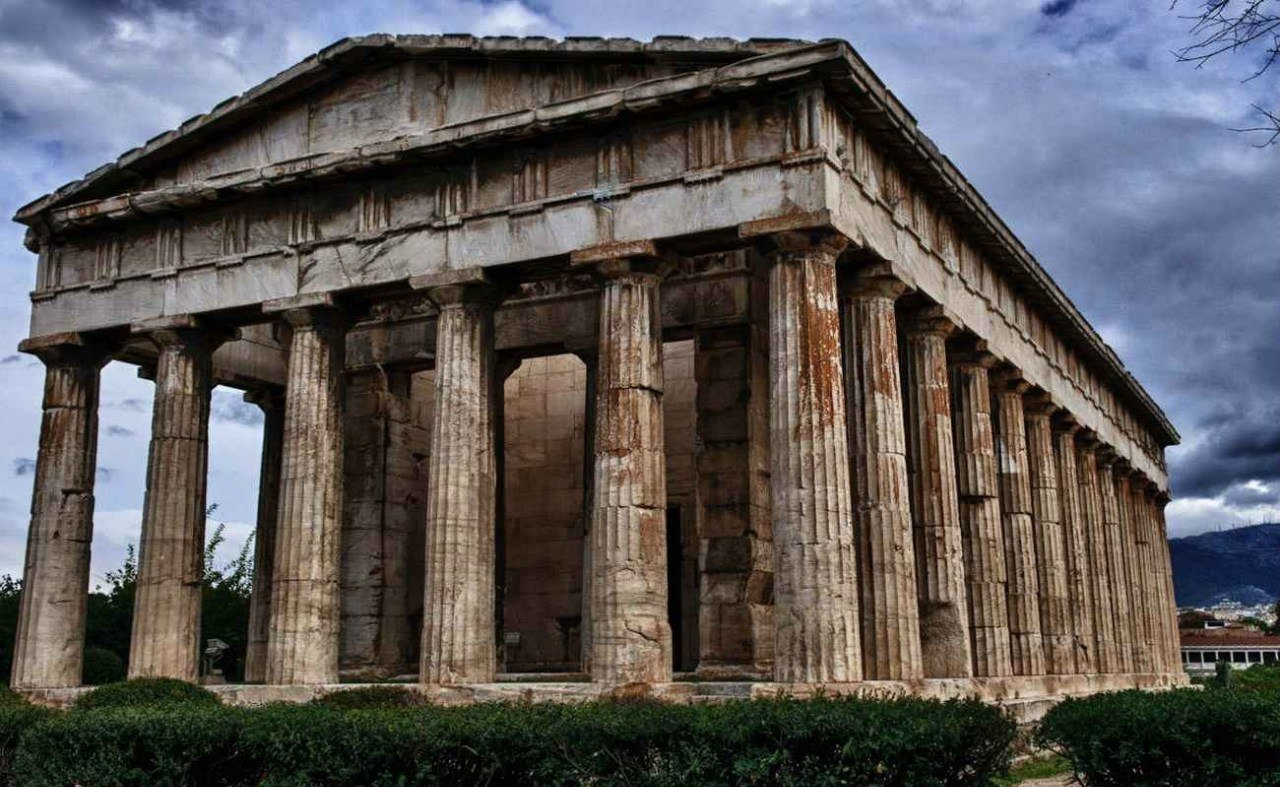 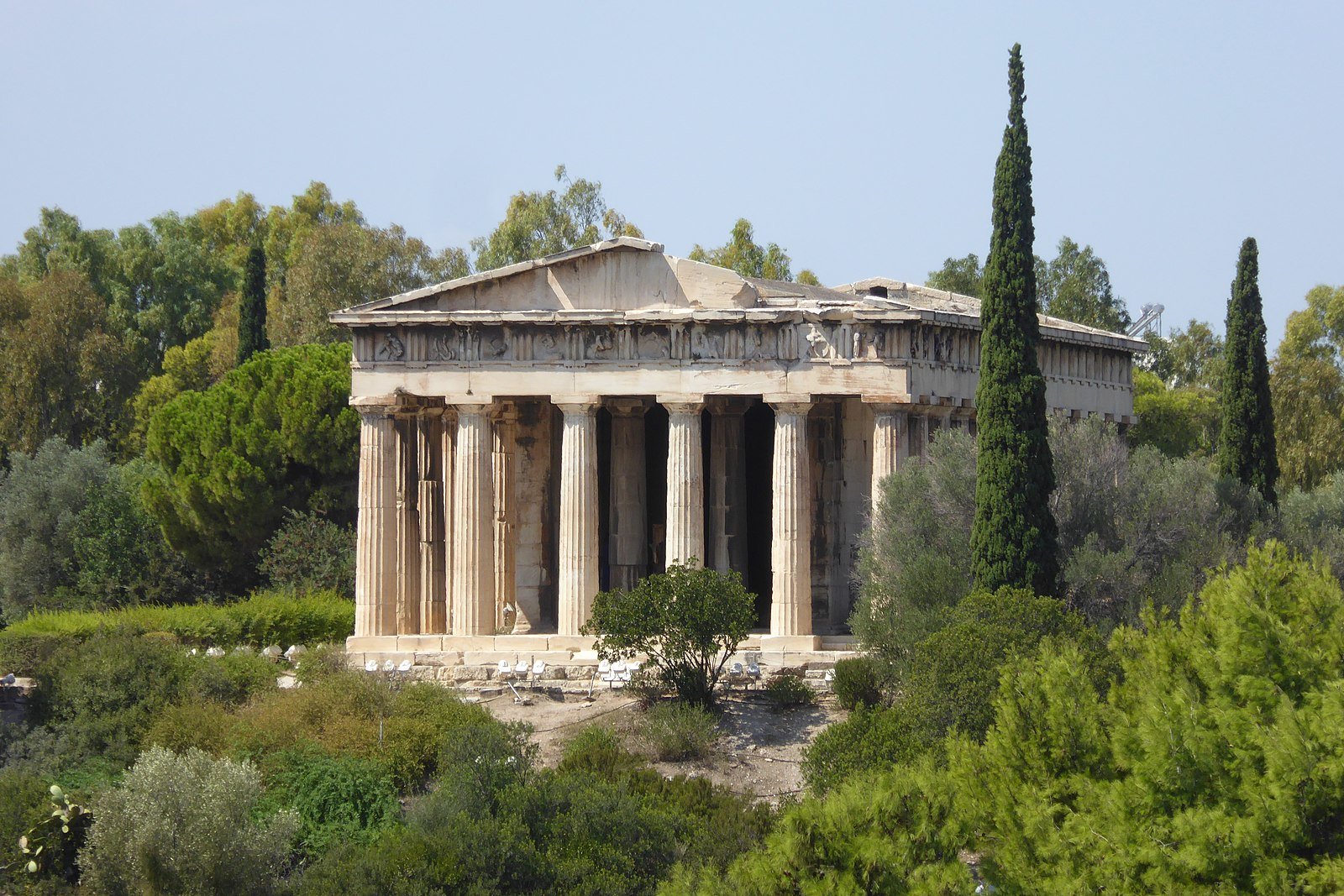 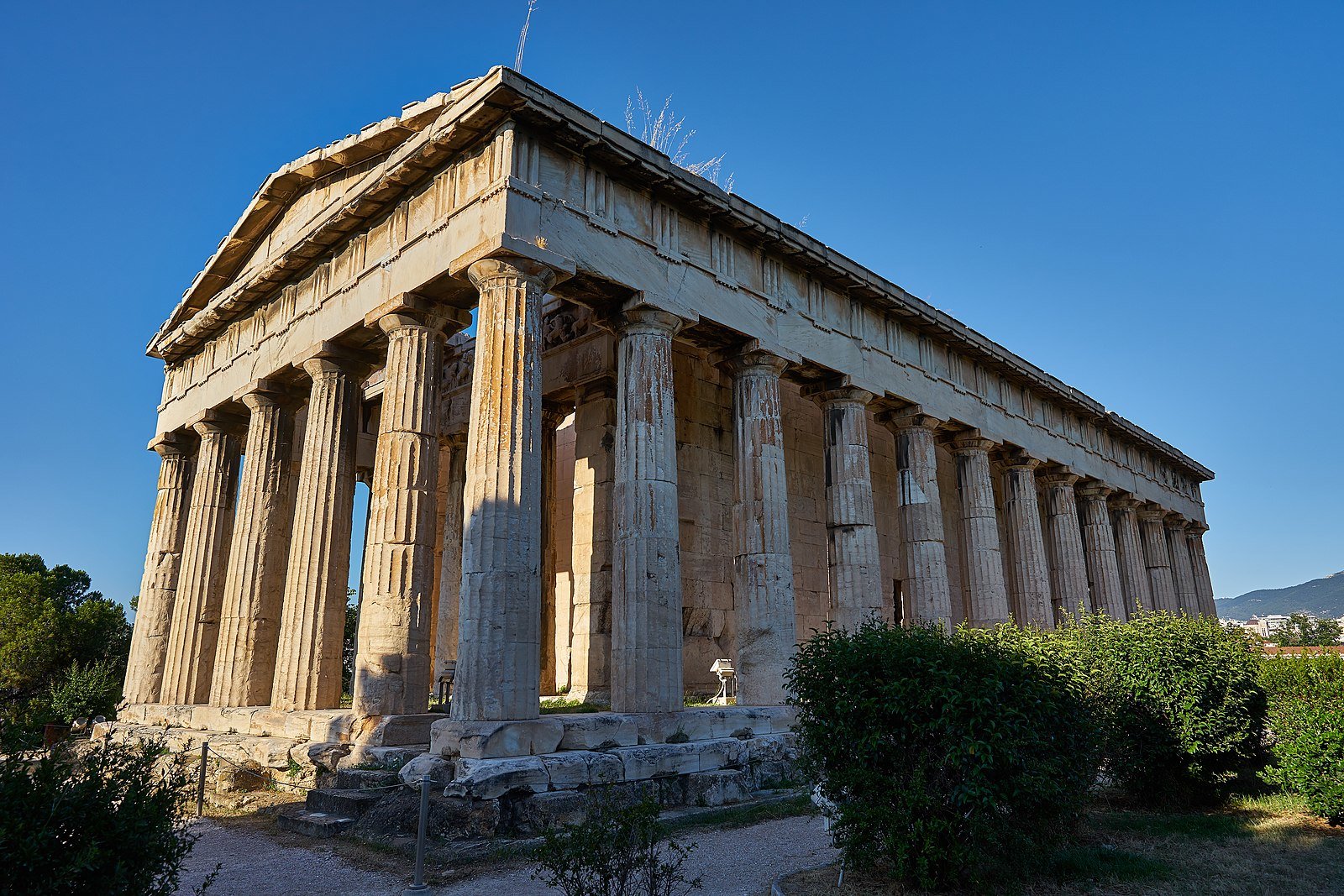 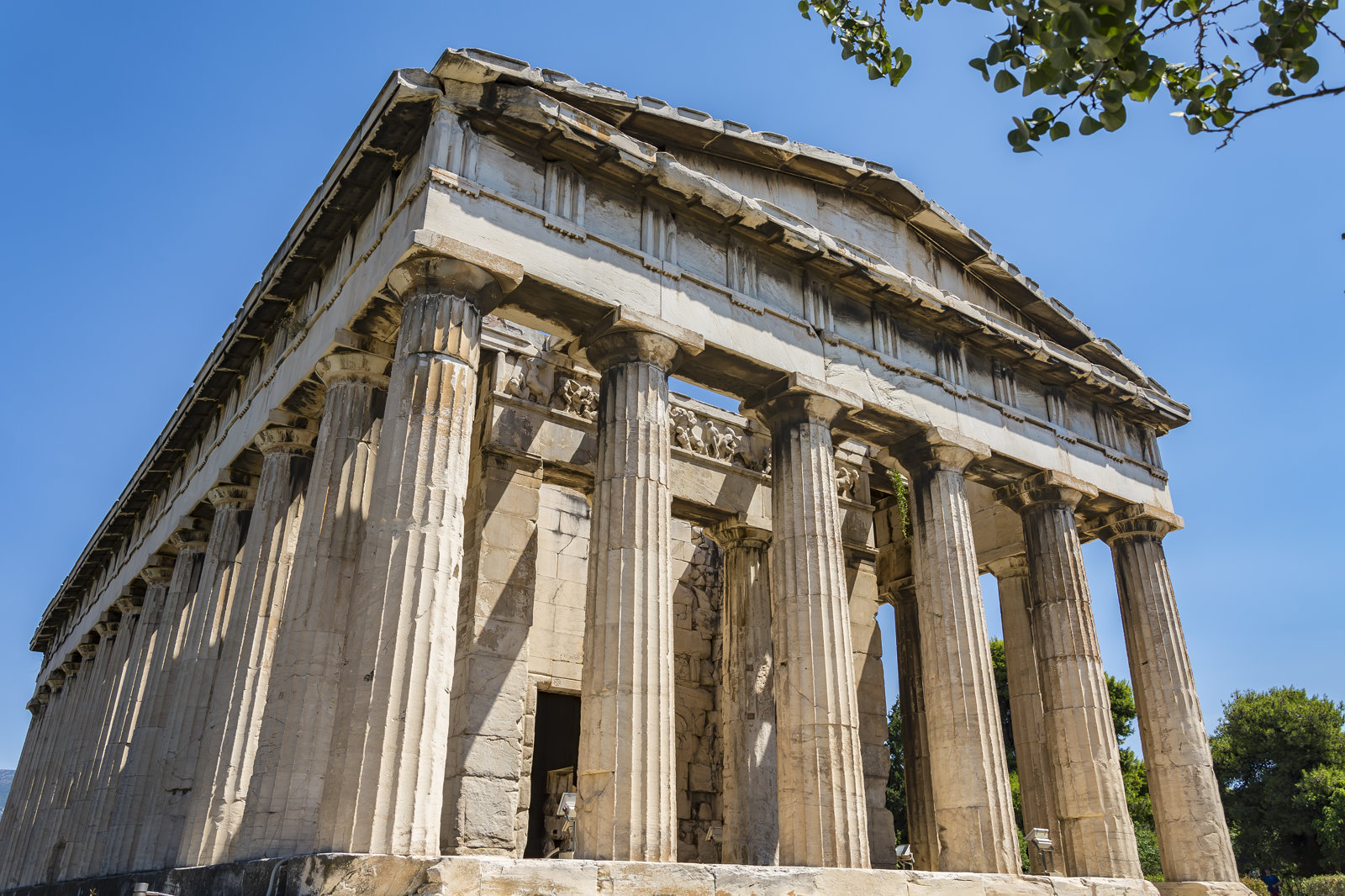 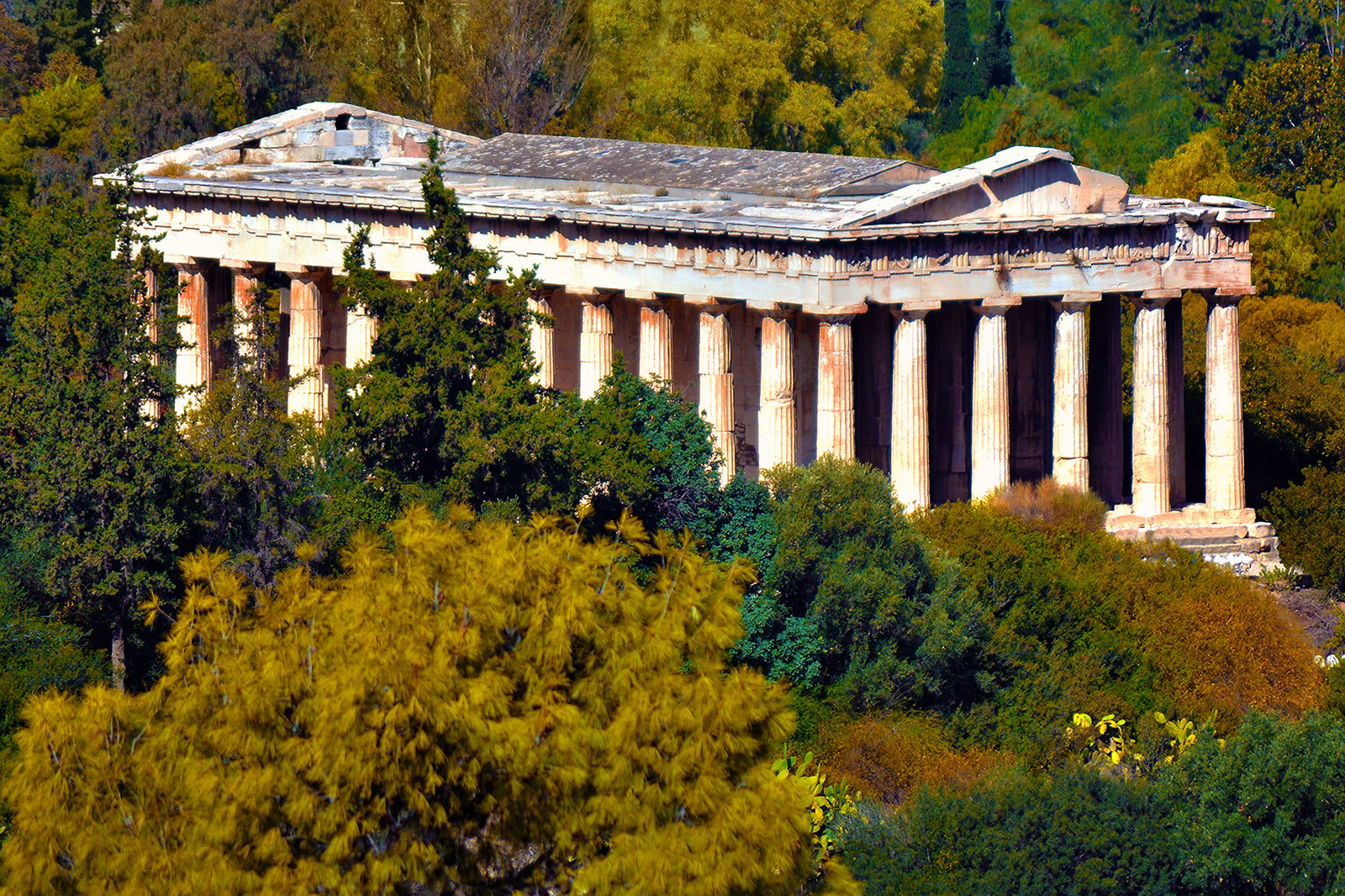 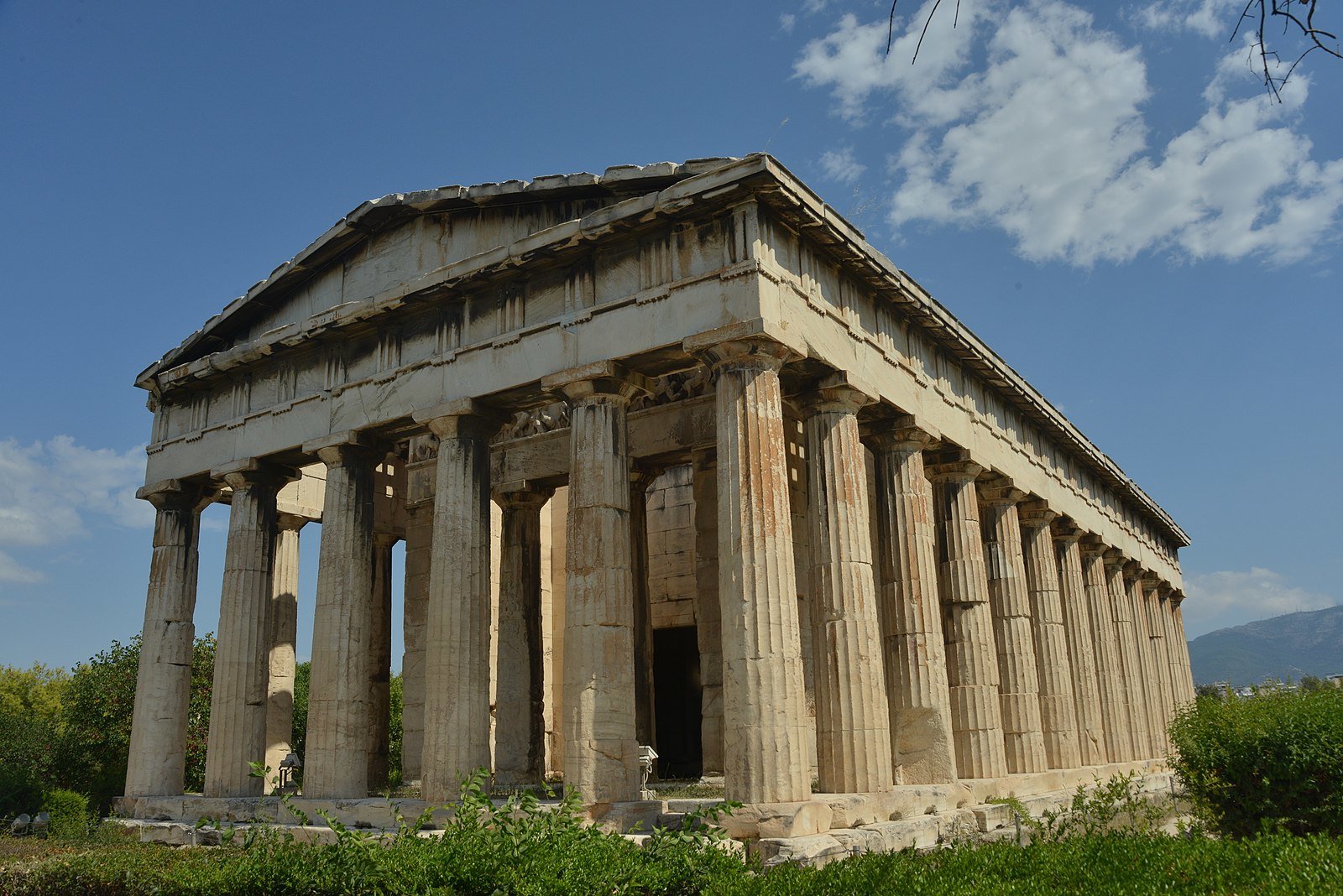 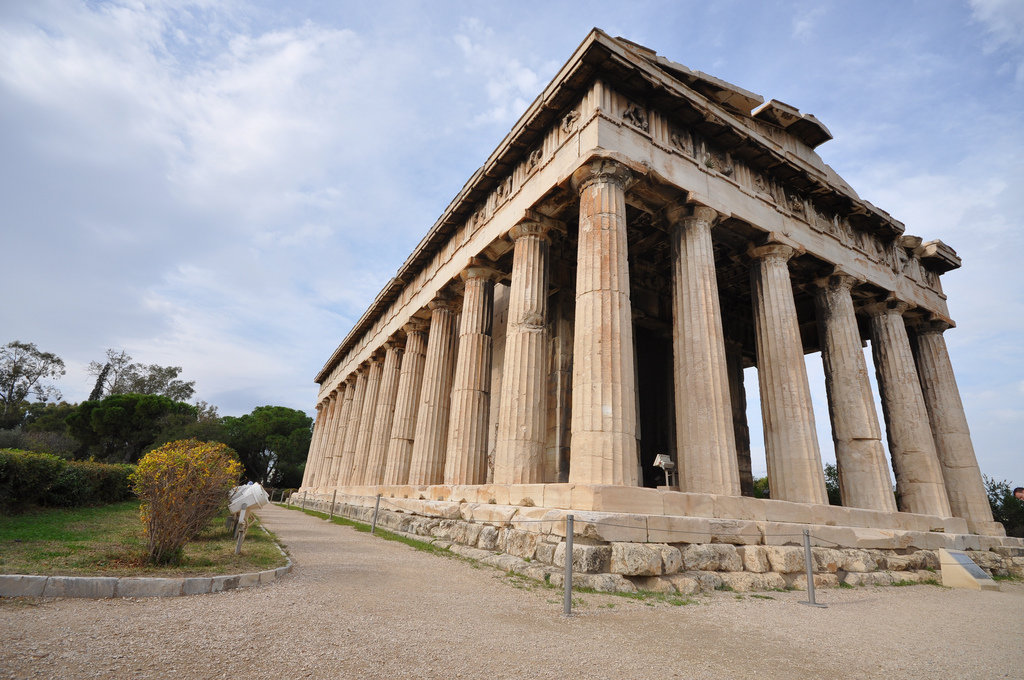 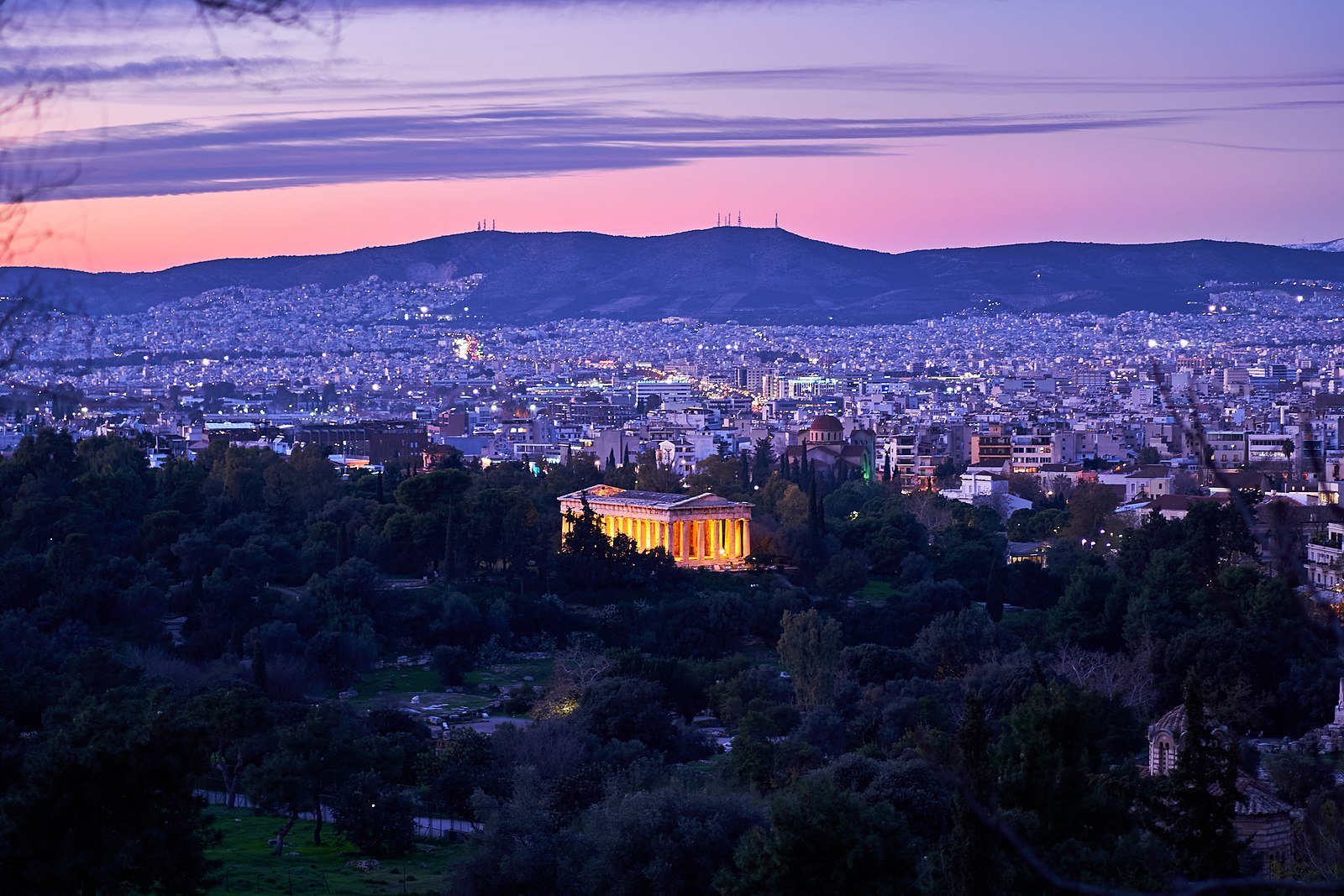 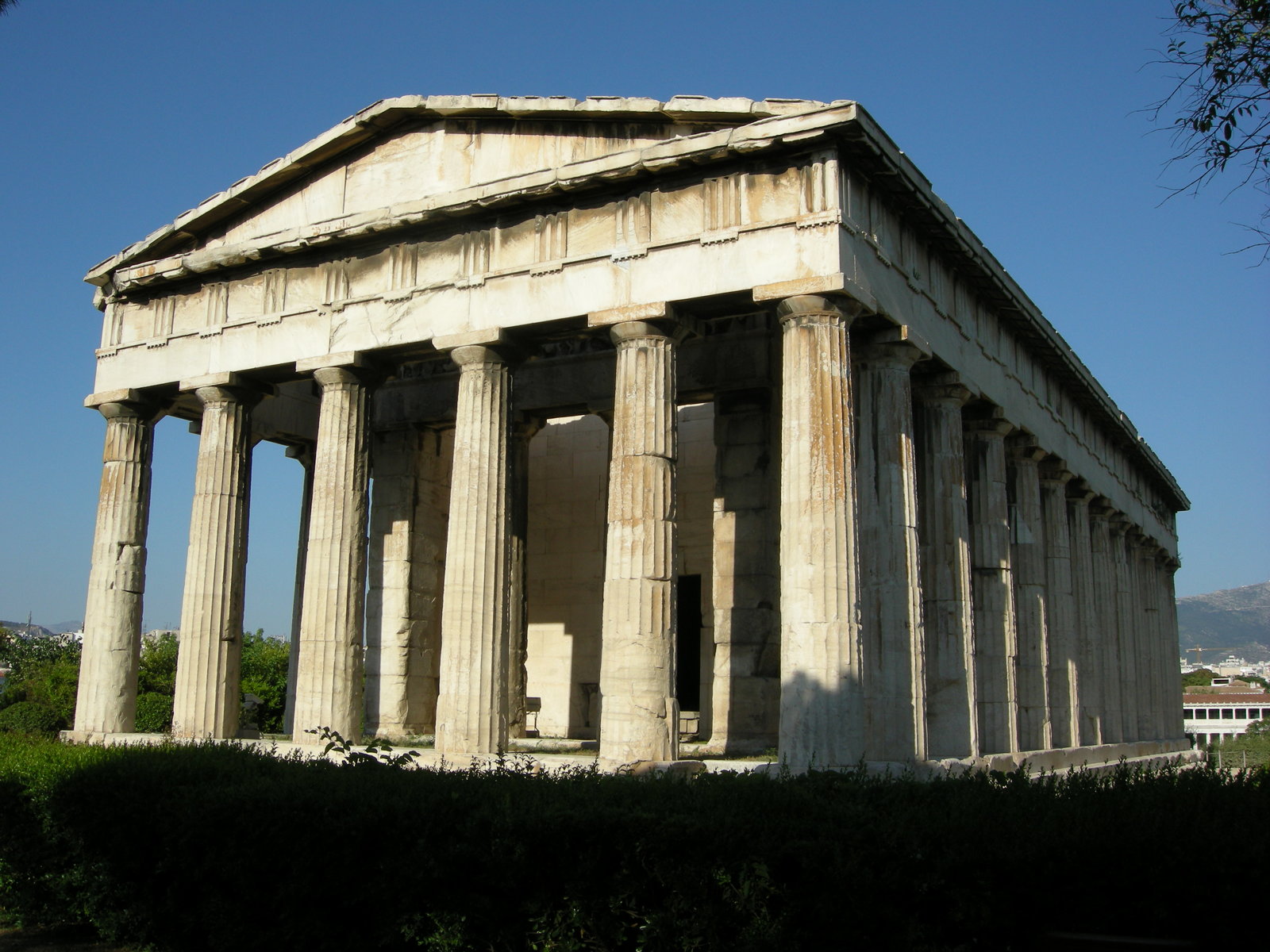 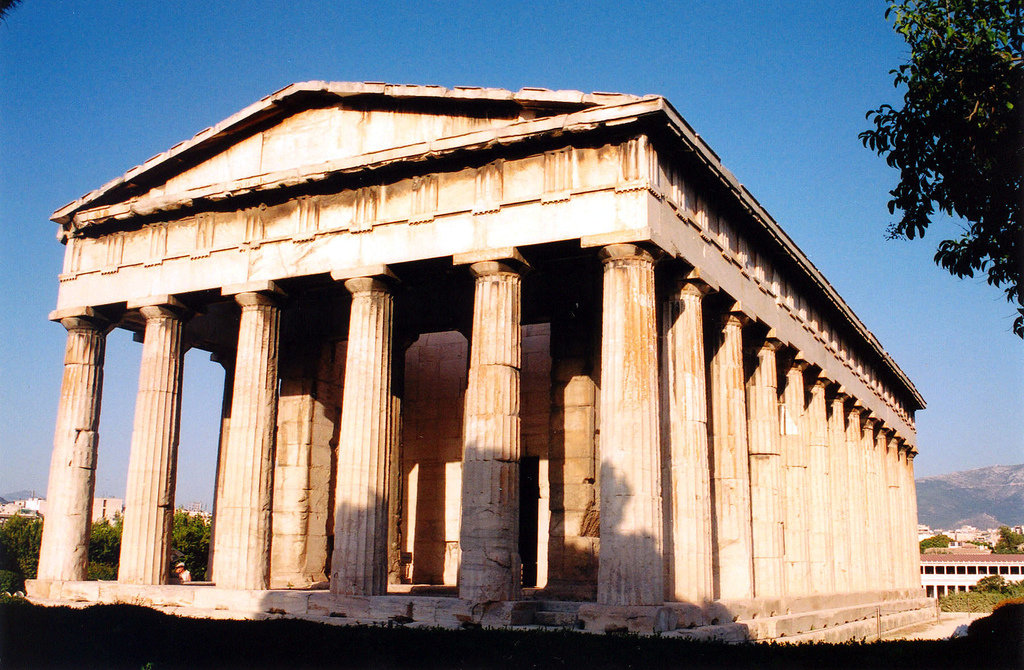 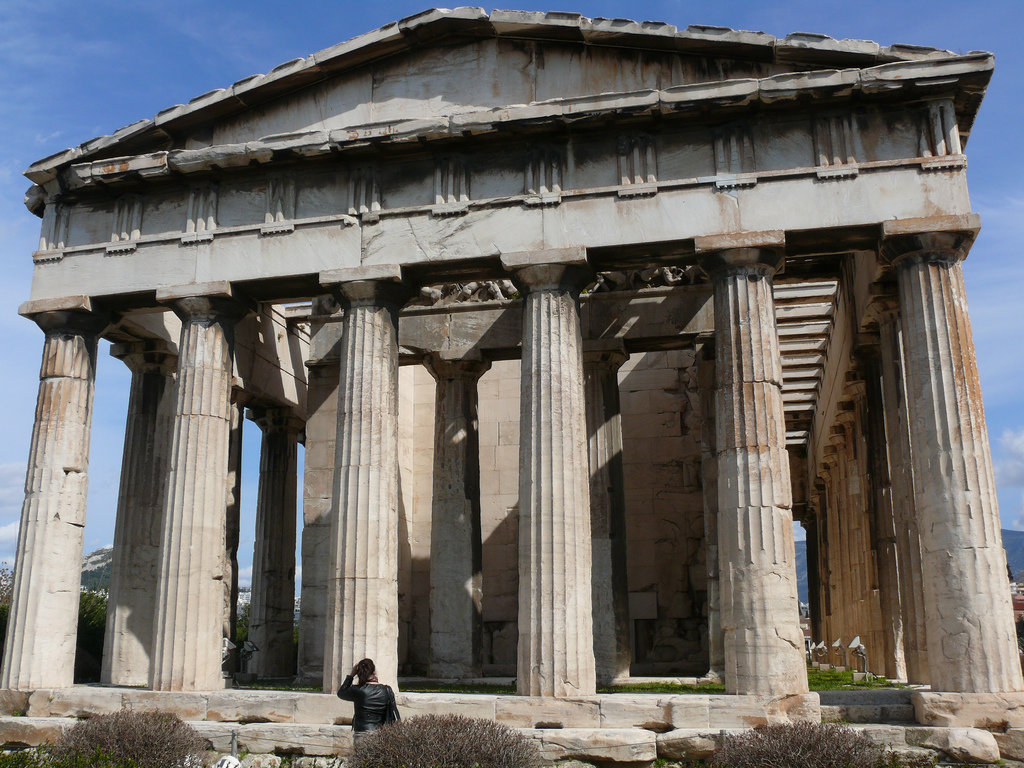 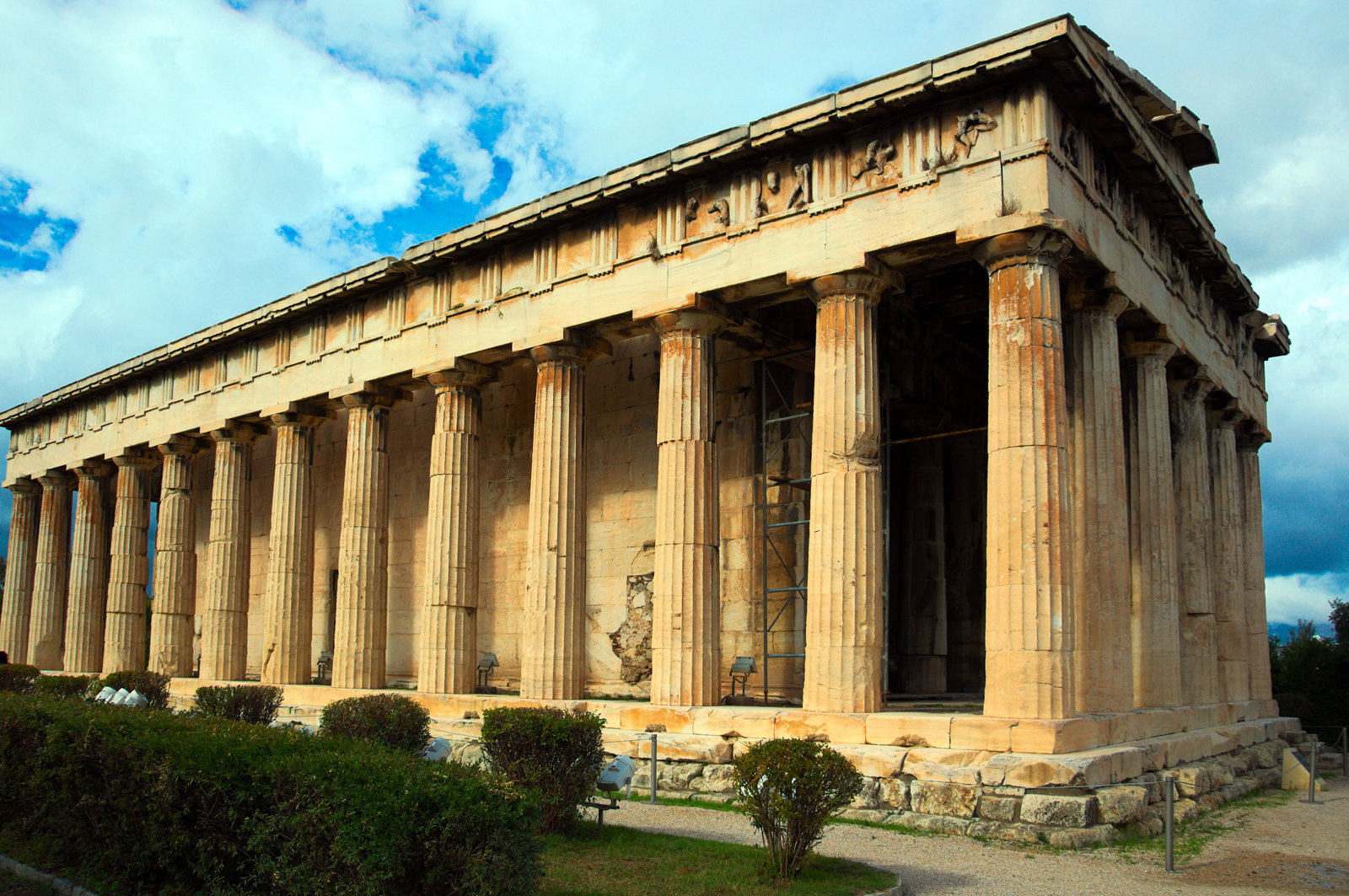