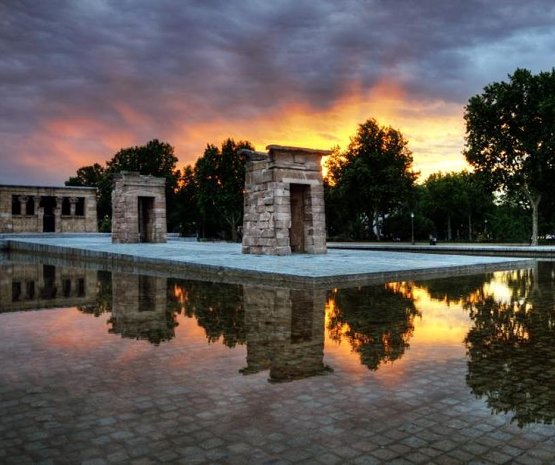 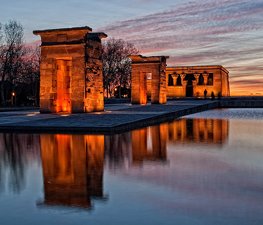 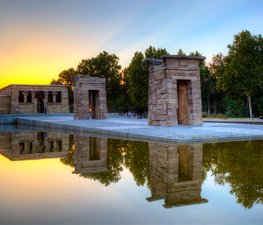 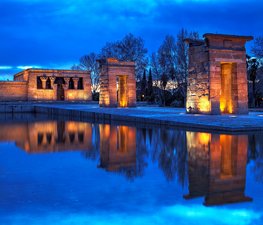 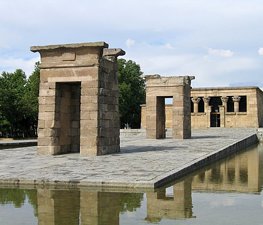 The Temple of Debod is an ancient Egyptian temple which was rebuilt in Madrid, Spain.

The temple was built originally 15 km south of Aswan in southern Egypt very close to the first cataract of the Nile and to the great religious center dedicated to the goddess Isis, in Philae. In the early 2nd century BC, Adikhalamani (Tabriqo), the Kushite king of Meroë, started its construction by building a small single room chapel dedicated to the god Amun. It was built and decorated on a similar design to the later Meroitic chapel on which the Temple of Dakka is based. Later, during the reigns of Ptolemy VI, Ptolemy VIII and Ptolemy XII of the Ptolemaic dynasty, it was extended on all four sides to form a small temple, 12 X 15 m, which was dedicated to Isis of Philae. The Roman emperors Augustus and Tiberius completed its decorations.

From the quay, a long processional way leads to the stone-built enclosure wall, through three stone pylon gateways and finally to the temple itself. The pranaos, which had four columns with composite capitals collapsed in 1868, and is now lost. Behind it lay the original sanctuary of Amun, the offering table room and a later sanctuary with several side-rooms and stairs to the roof.

In 1960, due to the construction of the Great Dam of Aswan and the consequent threat posed to several monuments and archeological sites, UNESCO made an international call to save this rich historical legacy. As a sign of gratitude for the help provided by Spain in saving the temples of Abu Simbel, the Egyptian state donated the temple of Debod to Spain in 1968.

The temple was rebuilt in one of Spain's most beautiful parks, the Parque de Rosales, near the royal palace of Madrid, and opened to the public in 1972. The reassembled gateways appear to have been placed in a different order than when originally erected. Compared to a photo of the original site, the gateway topped by a serpent flanked sun appears not to have been the closest gateway to the temple proper.[1] It constitutes one of the few works of ancient Egyptian architecture which can be seen outside Egypt and the only one of its kind in Spain.

Jordan Taylor
Absolutely stunning. Come here earlier than sunset (since the interior of the temple closes before dark), watch the sunset from the hill, and then wait for the temple lights to come on - gorgeous!

Monica Vargas
When I was coming to Madrid I had no clue there was such incredible piece of ancient history here! (so different from the other middle age monuments and castles). Do not miss it, specially on sunset!

Sergio Rodríguez
Best spot to see the sunset in the city, in my opinion. Nice and quite park just two minutes away from Gran Via or Opera. Egyptian temple gives it a special touch

Stacy Bo Bacy
The Egyptian government gave the temple as a gift to the city of Madrid and it was transported and rebuilt stone by stone in its current location, opened to the public in 1972. Free to view!

Marvin
A big part of culture in Madrid is to simply lay down a picnic blanket, crack open a few cervezas and enjoy company with friends. This place is just swarming with people and it's a great vibe.

Otel.com
An ancient Egyptian temple that was rebuilt in Madrid, near the Plaza de Espana. Do not miss the amazing hieroglyphics at the temple's western hall. Get views of the city and the Almudena Cathedral.
Load more comments
foursquare.com
8.8/10
Richard Olsen , 憑き狐娘 and 138,866 more people have been here
I've been here
Add to wishlist

Lullingstone Roman Villa is a villa built during the Roman occupation

Sutton Hoo near Woodbridge, Suffolk, England, is the site of two

Built just outside Felixstowe, Suffolk at the mouth of the River 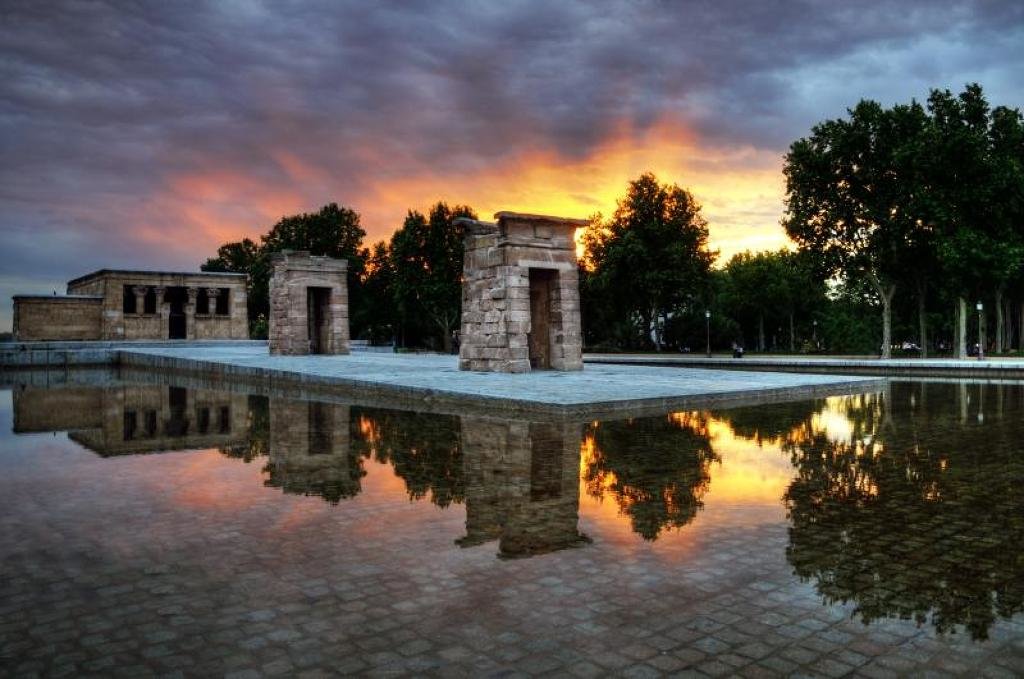 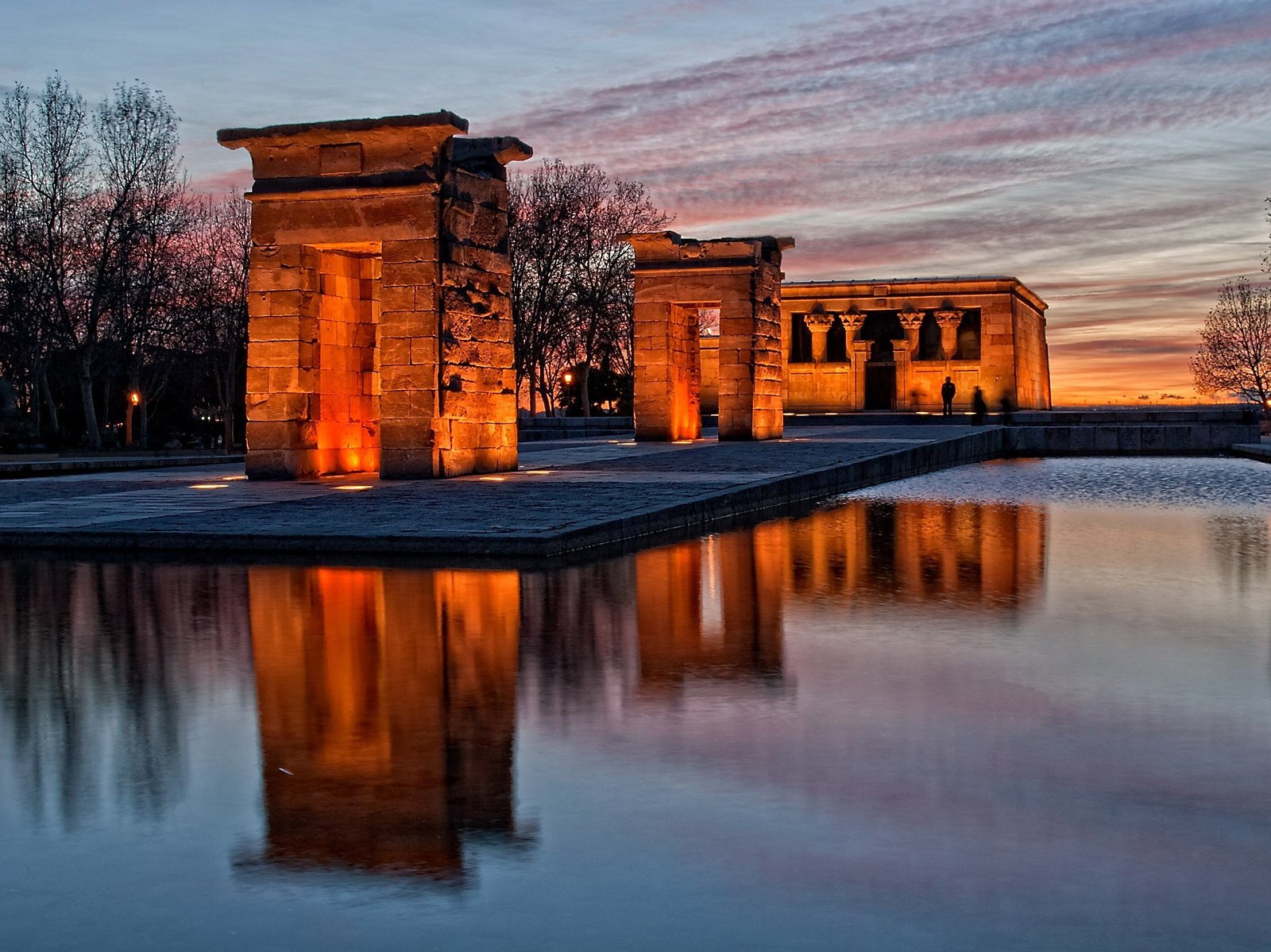 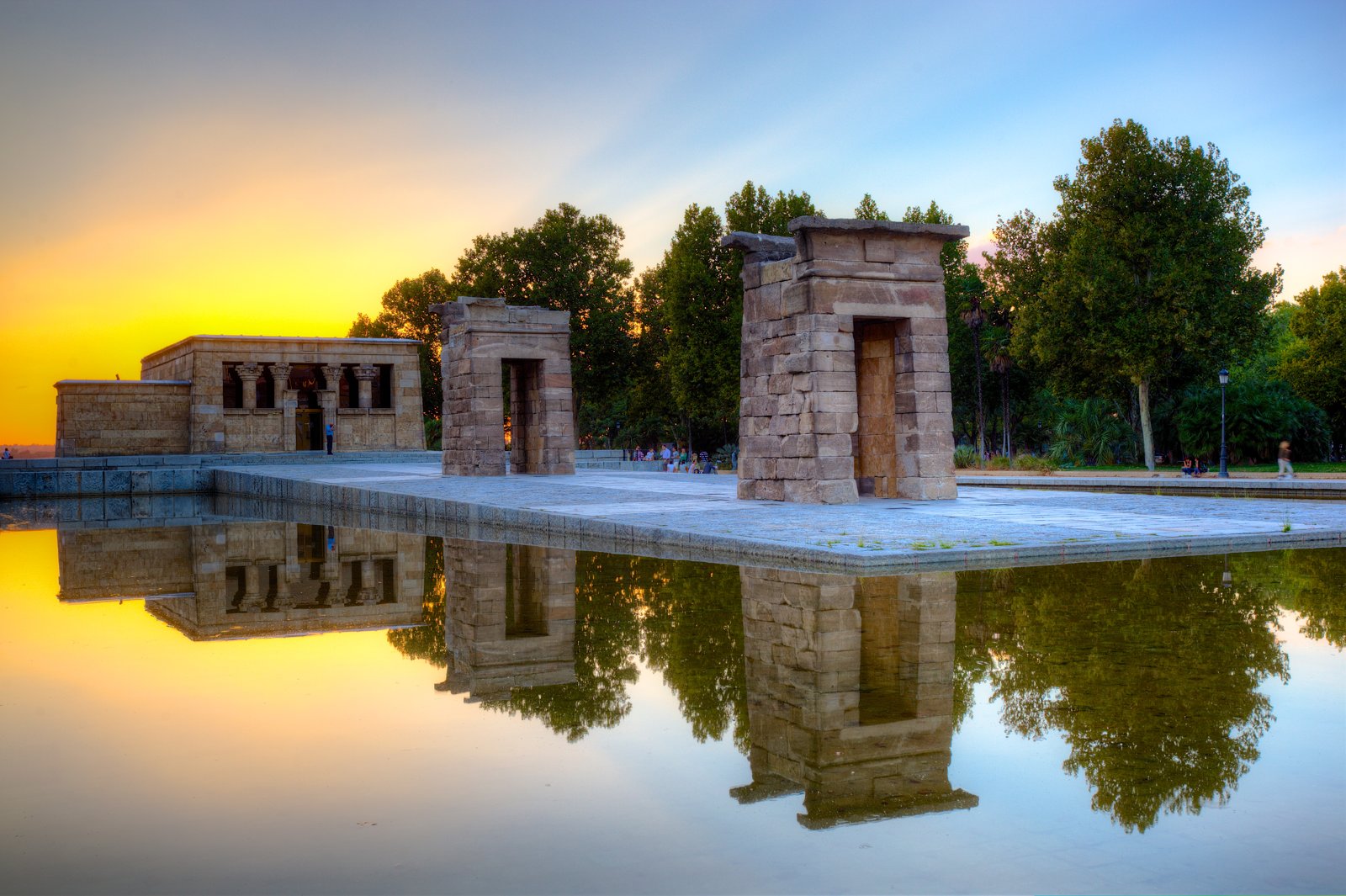 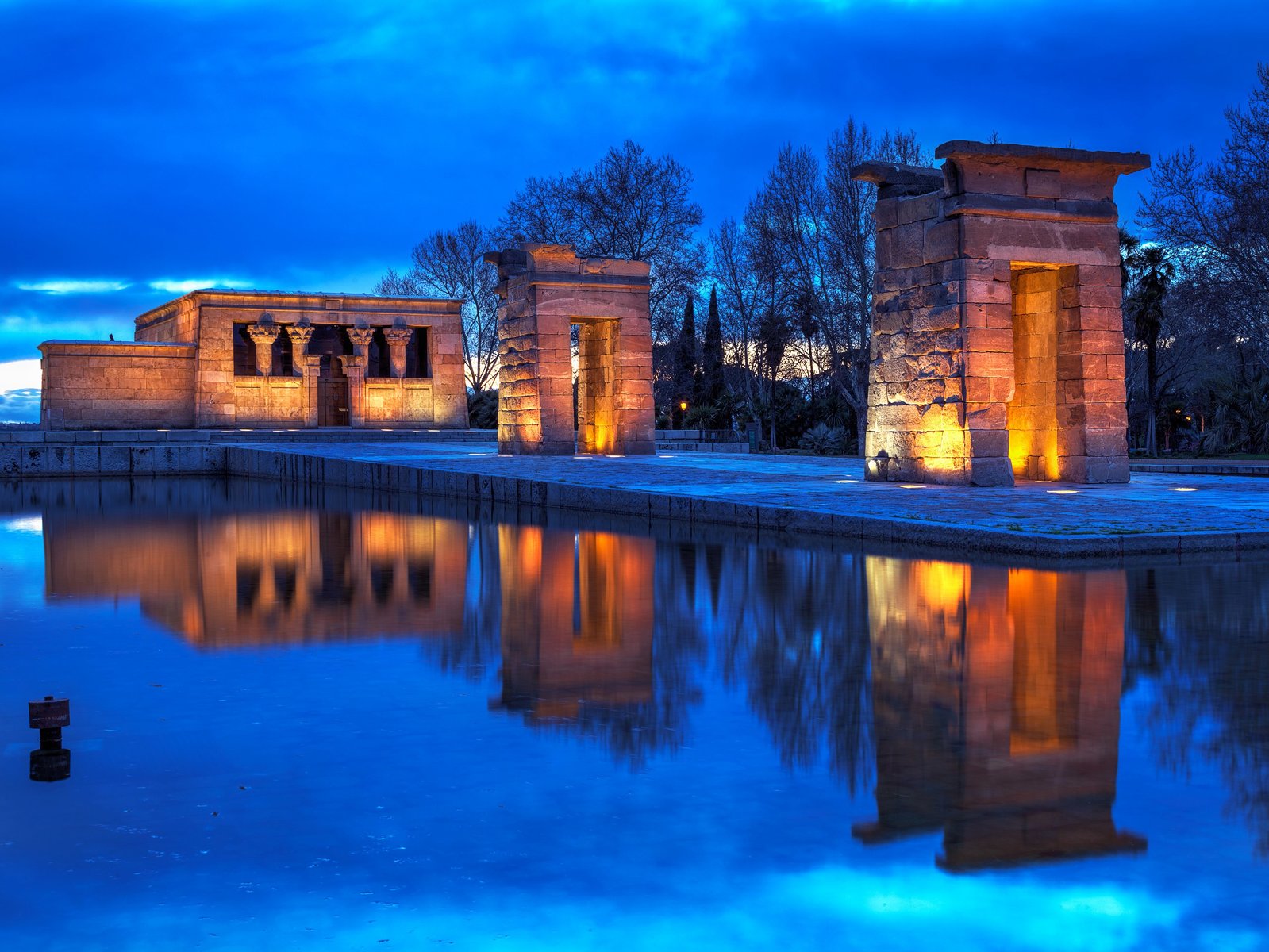 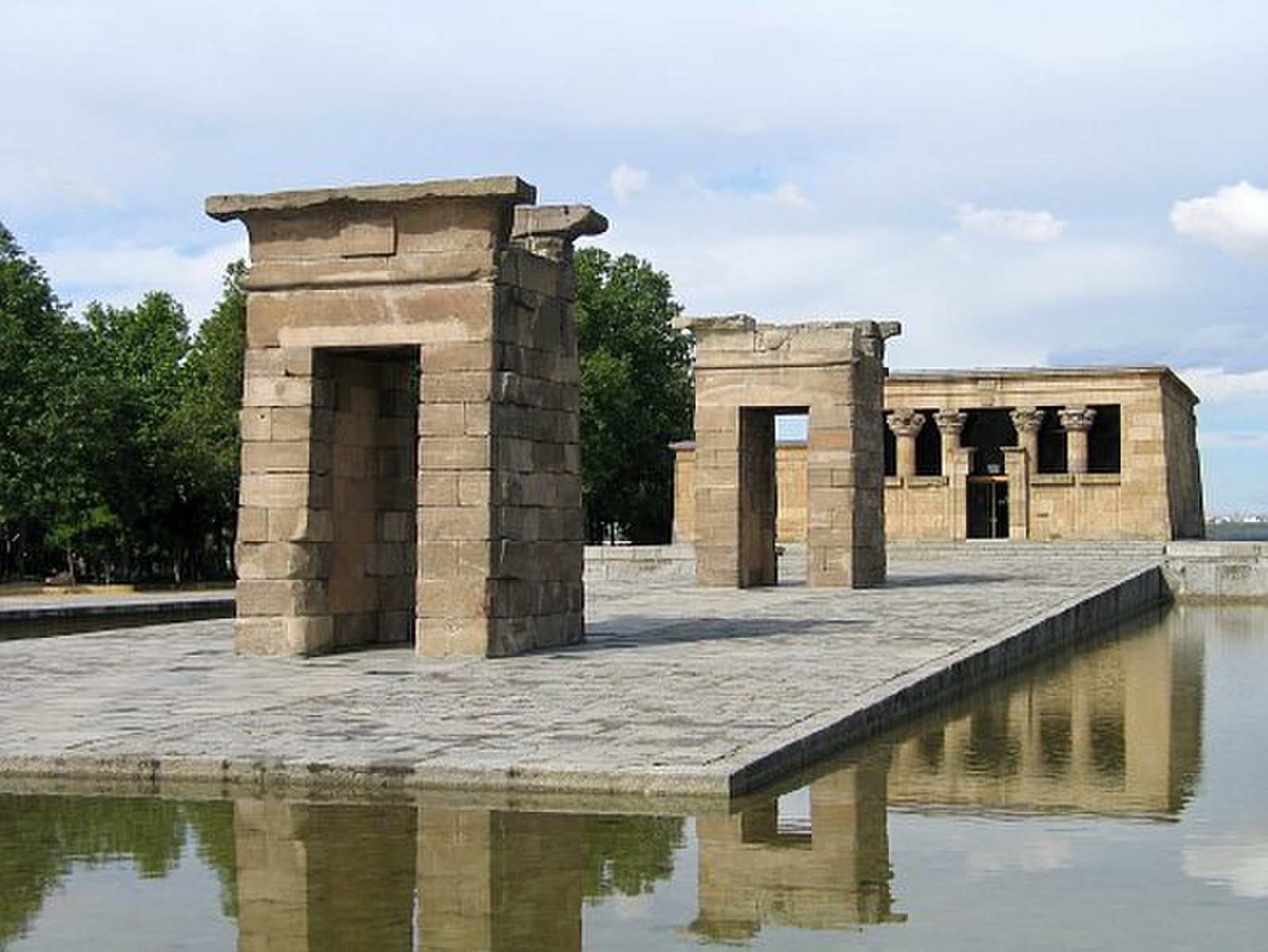 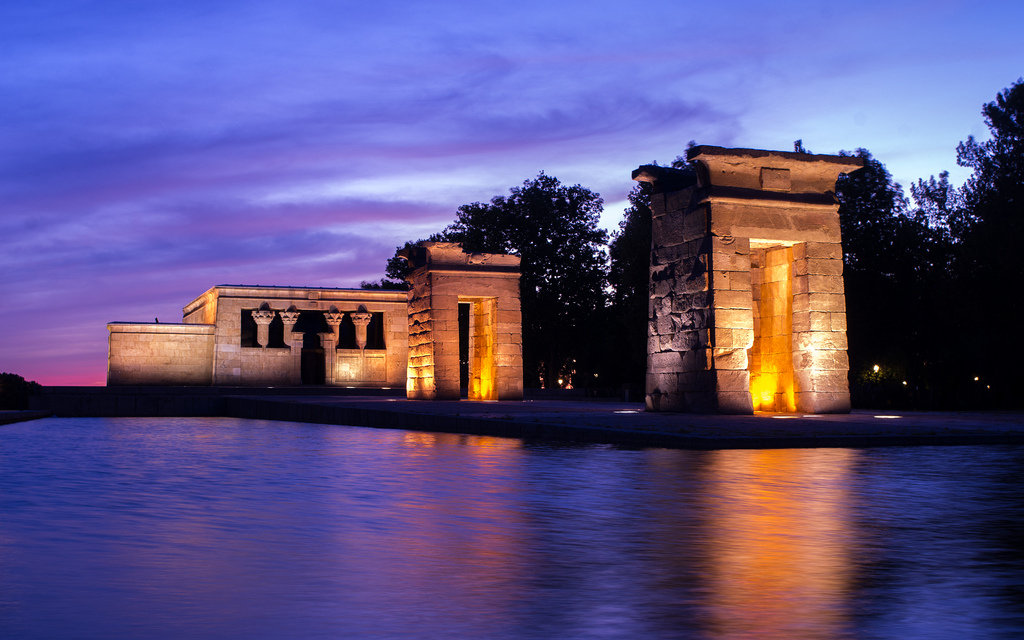 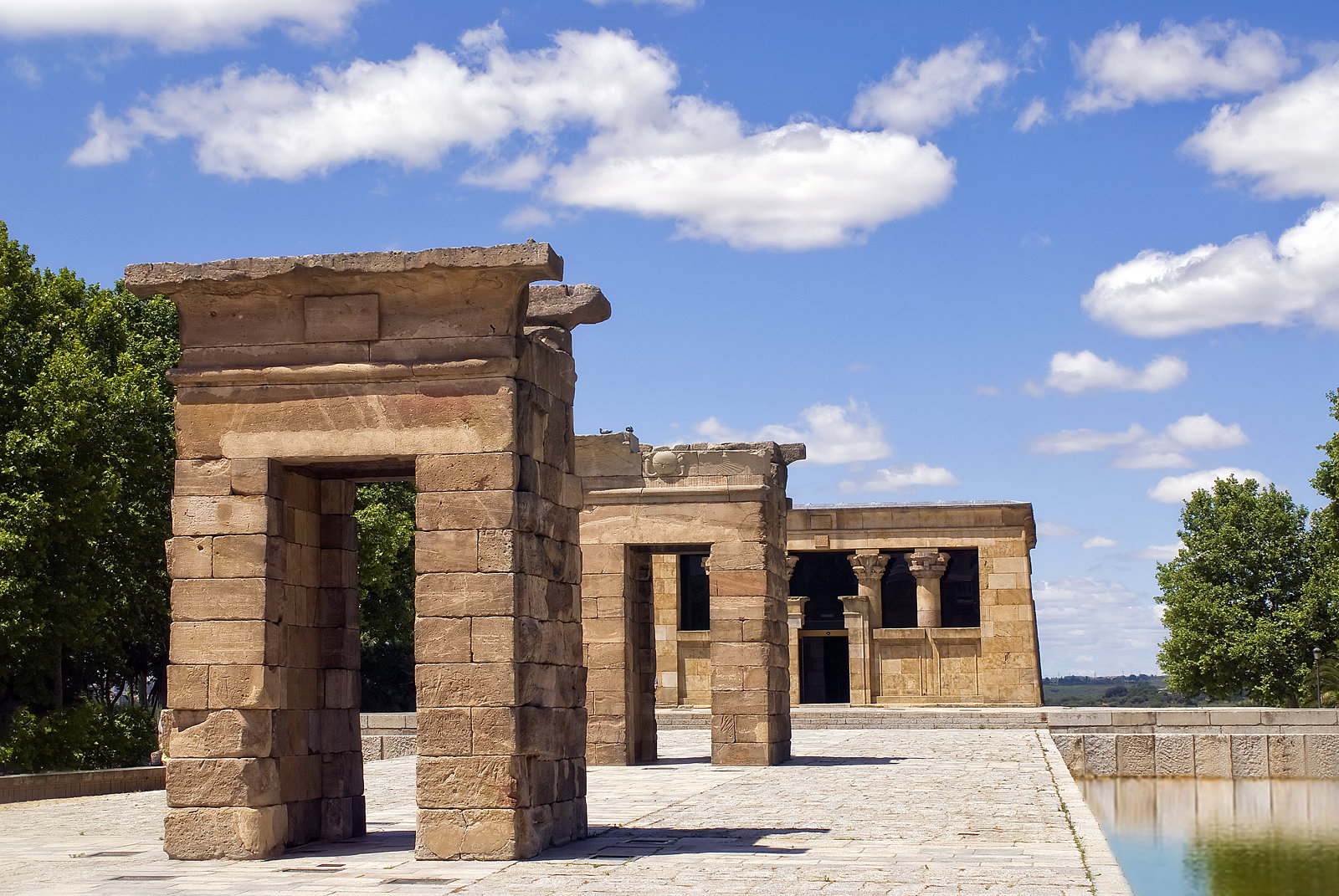 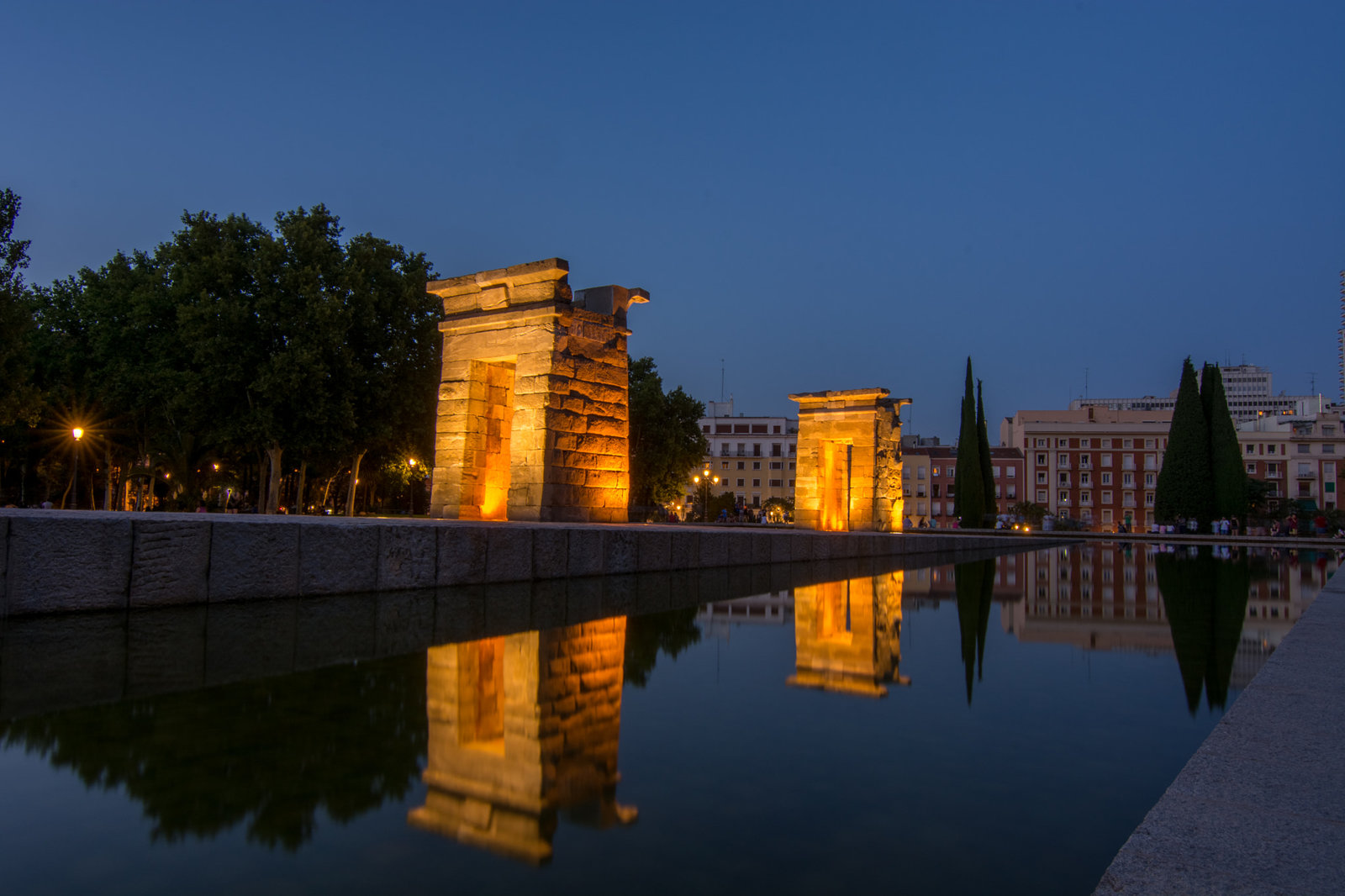 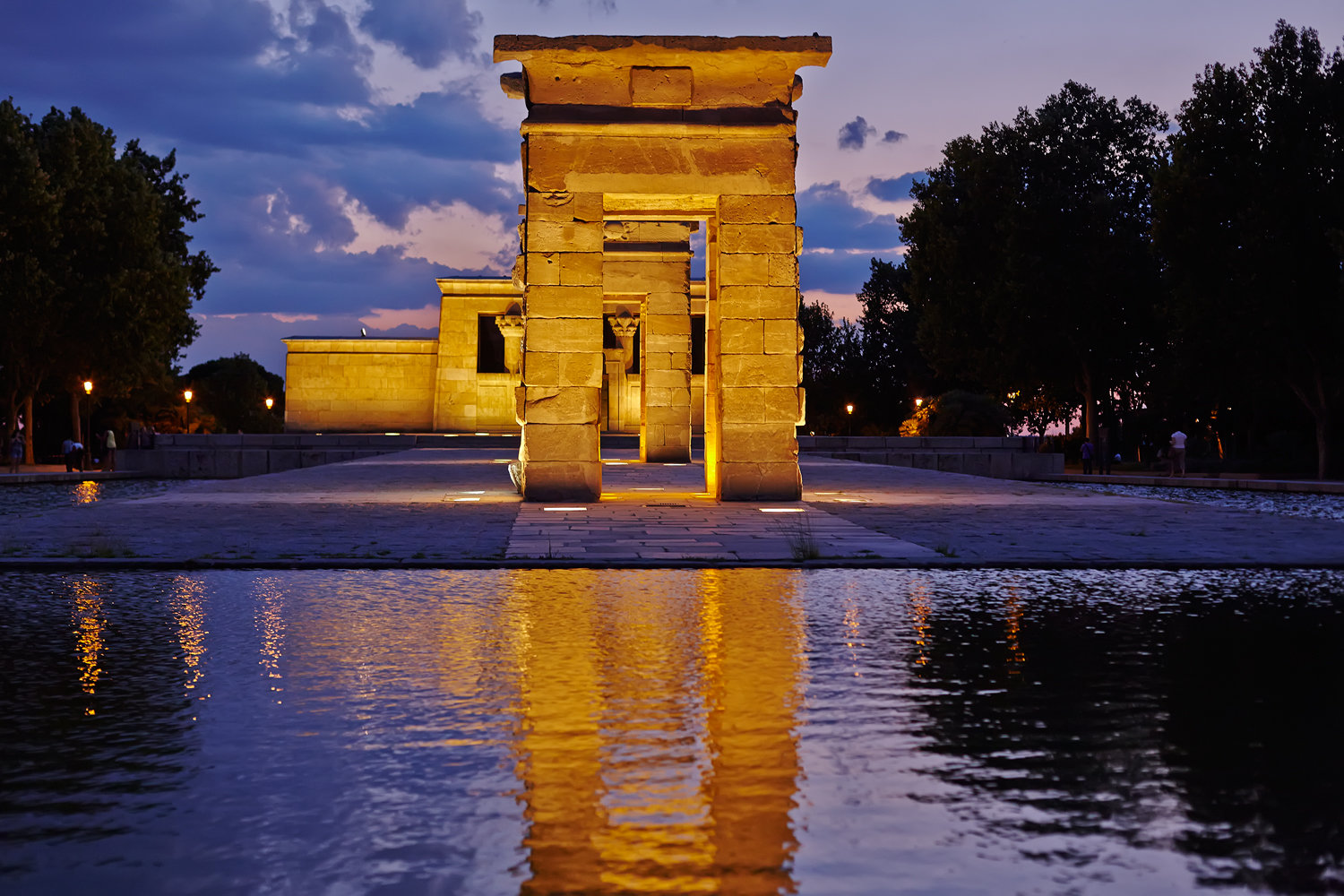 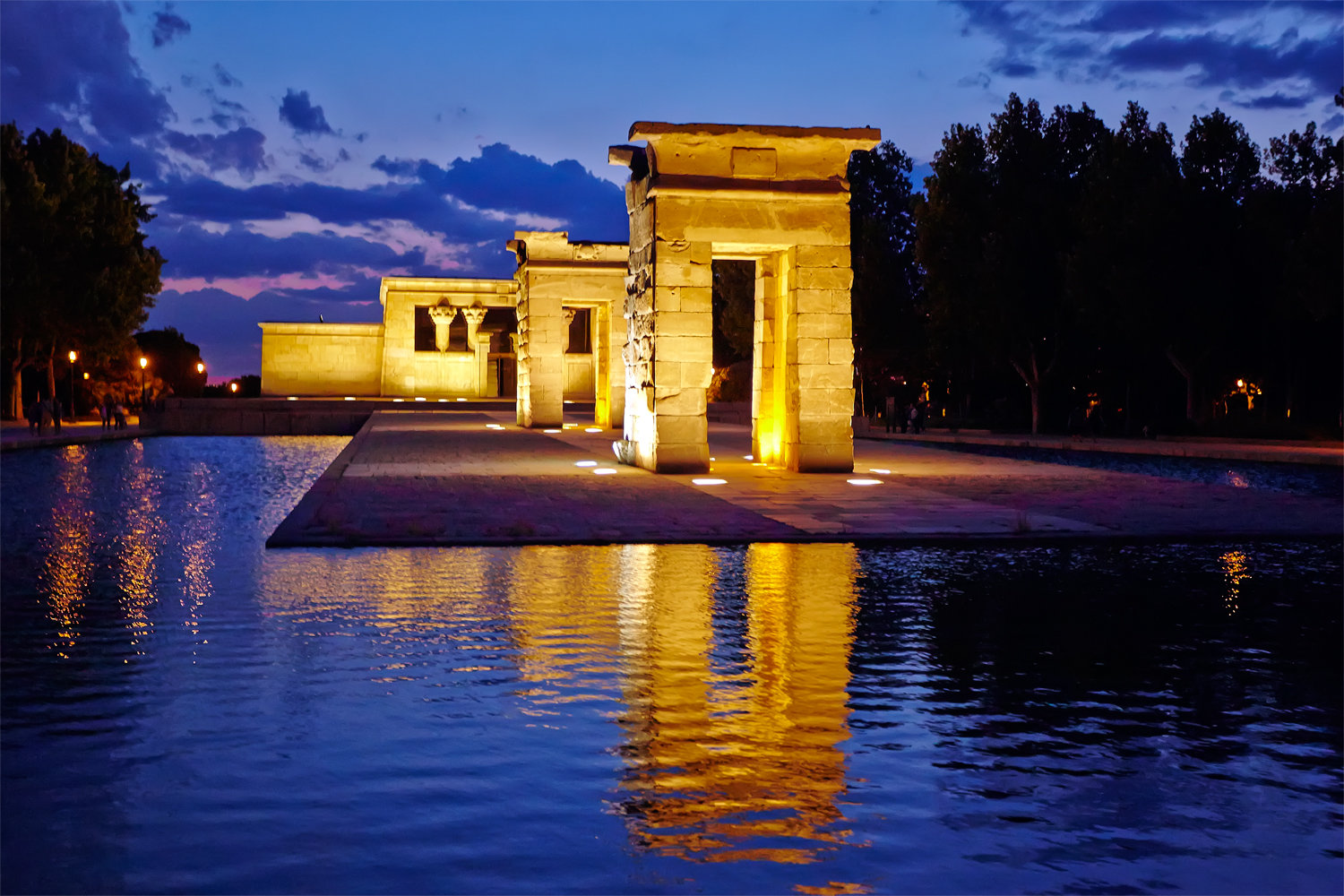 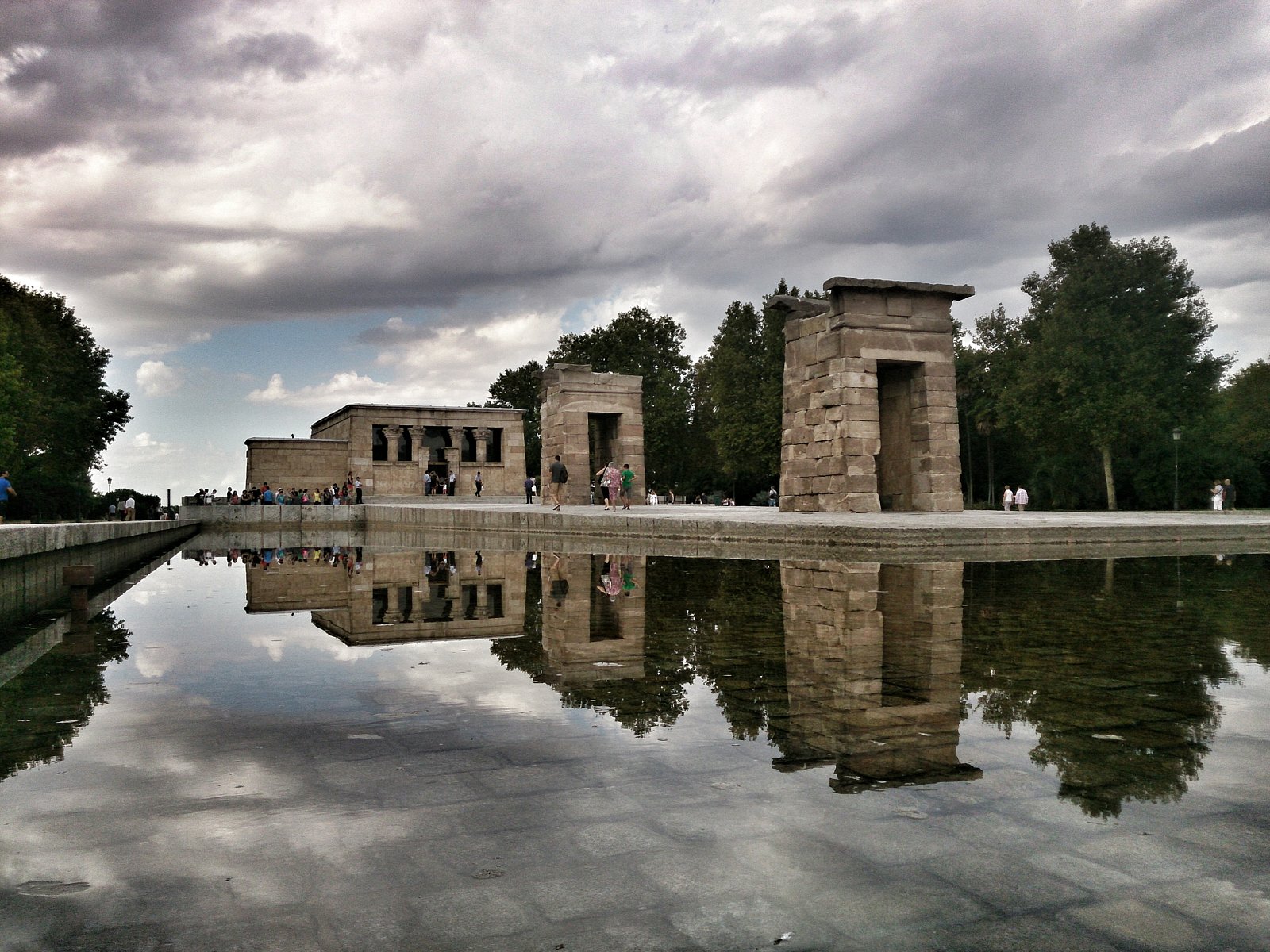 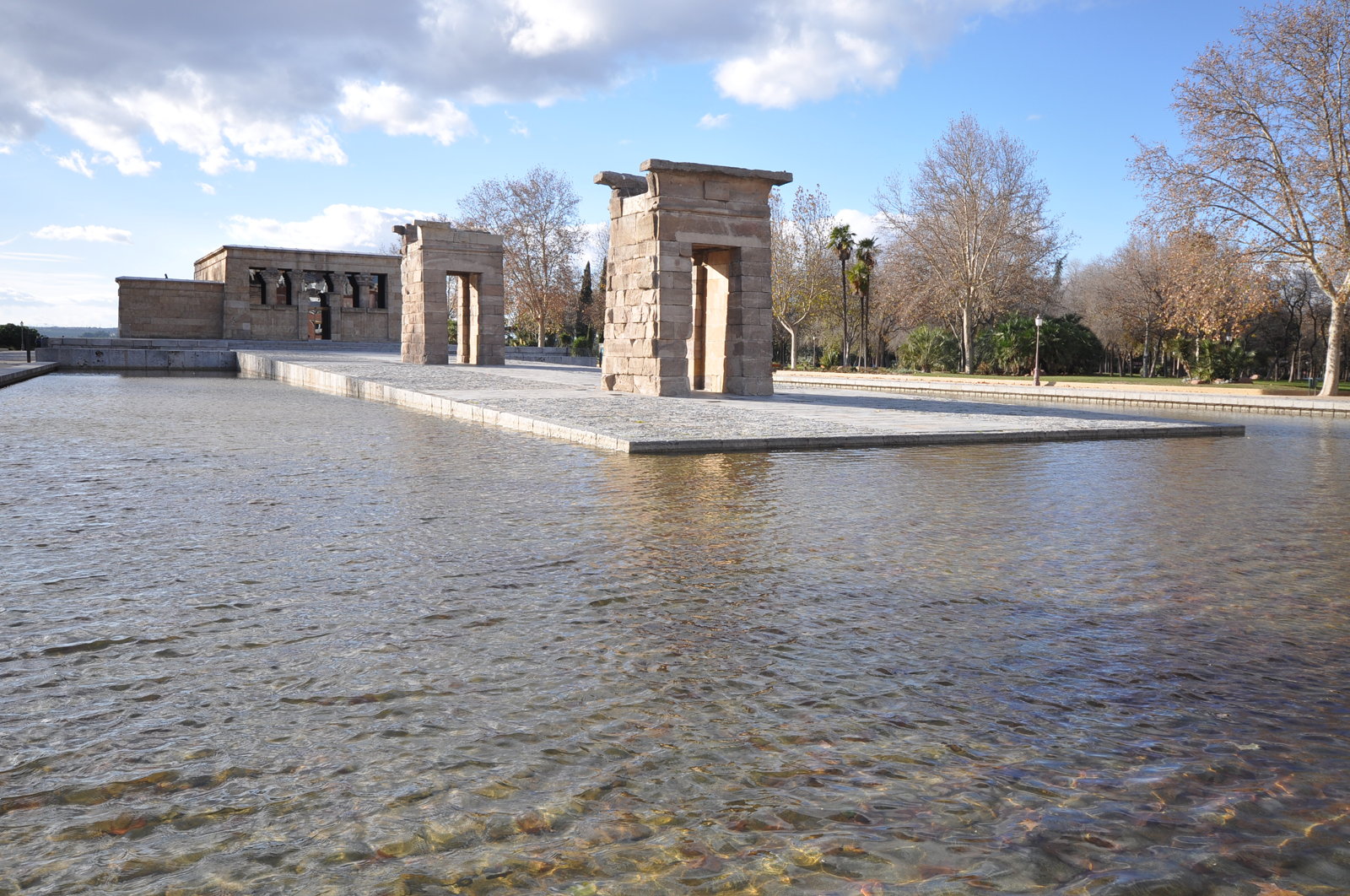 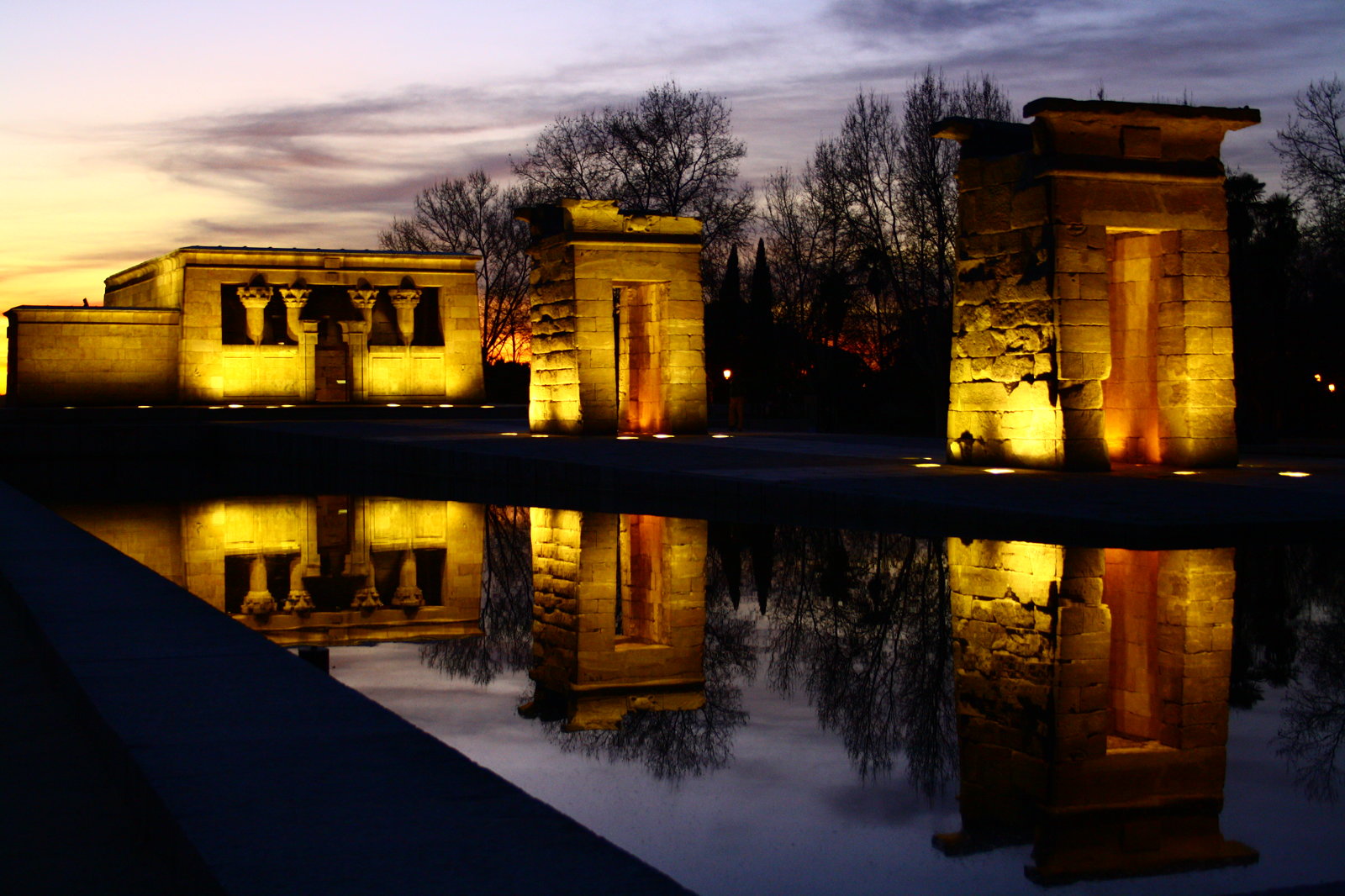 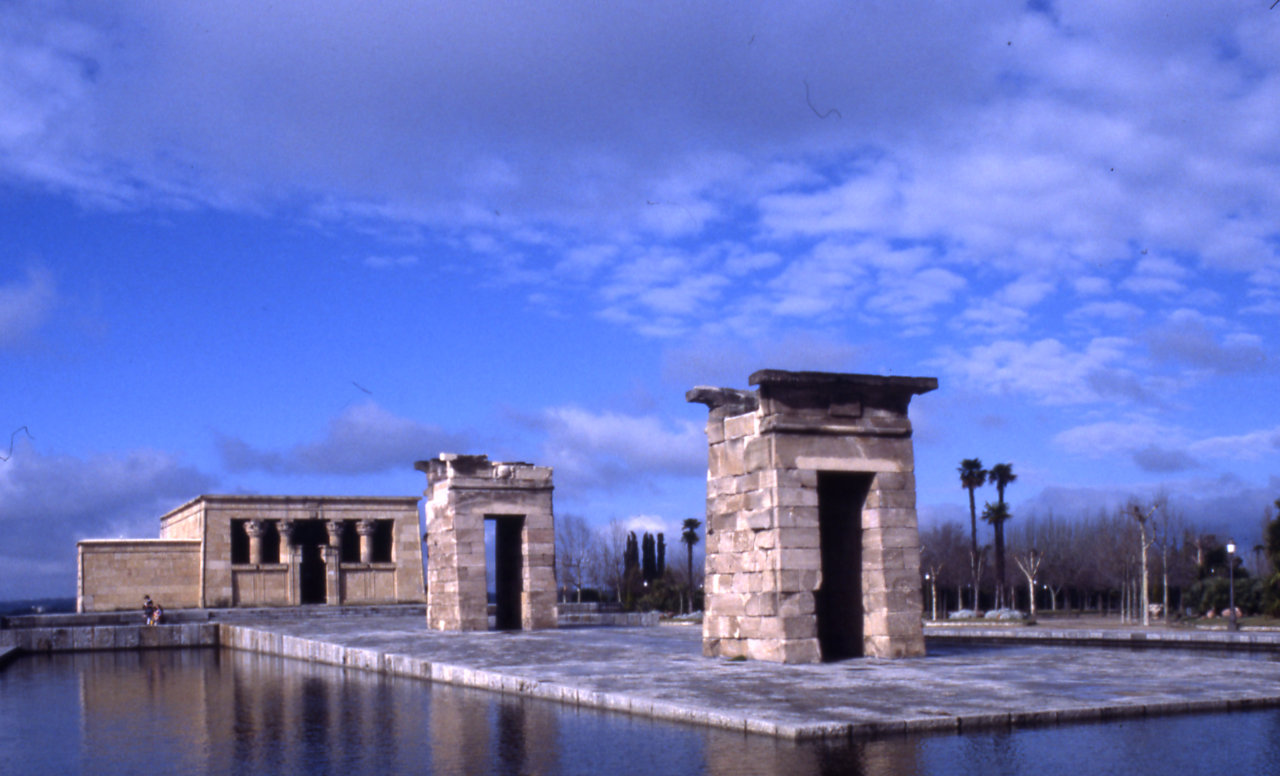 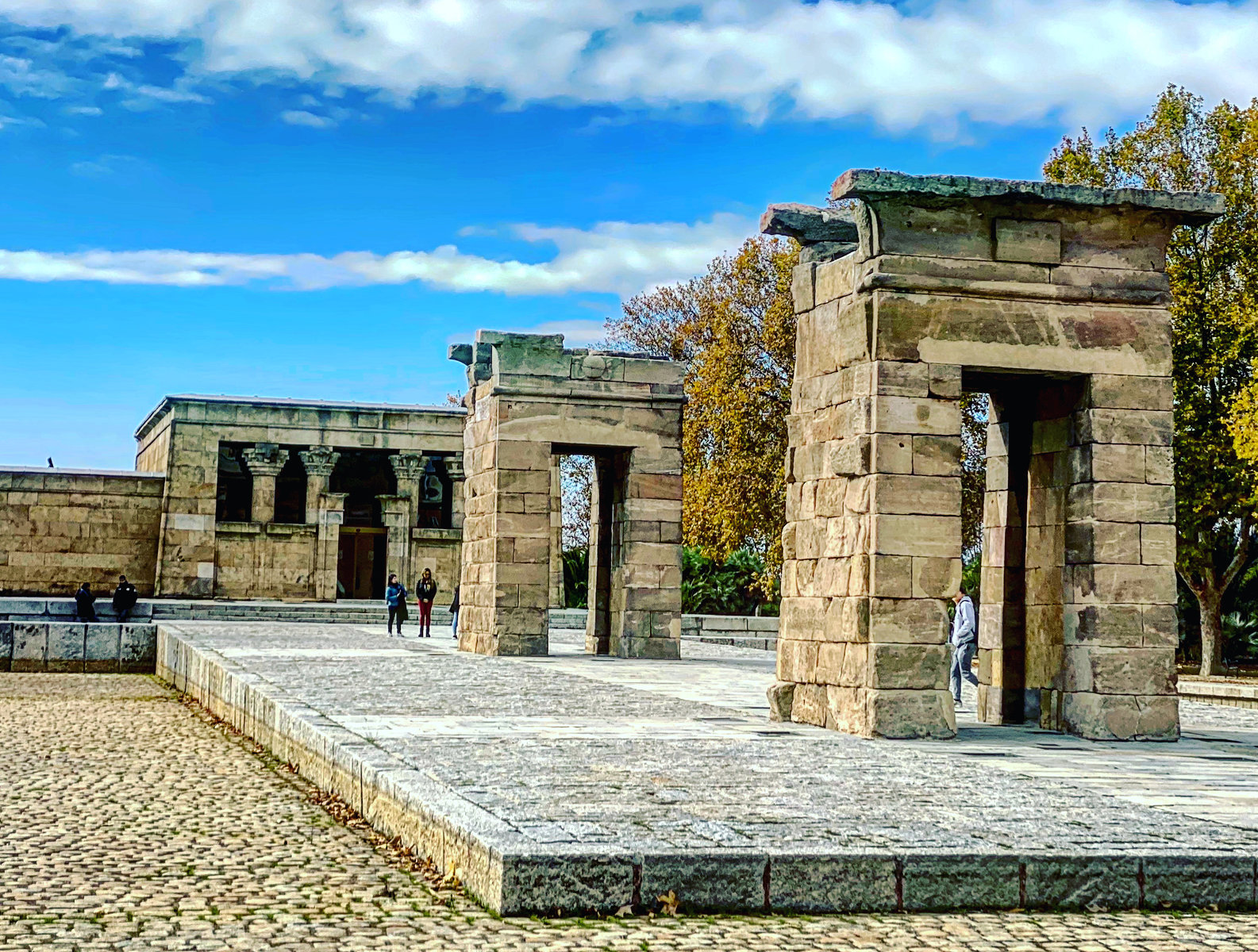 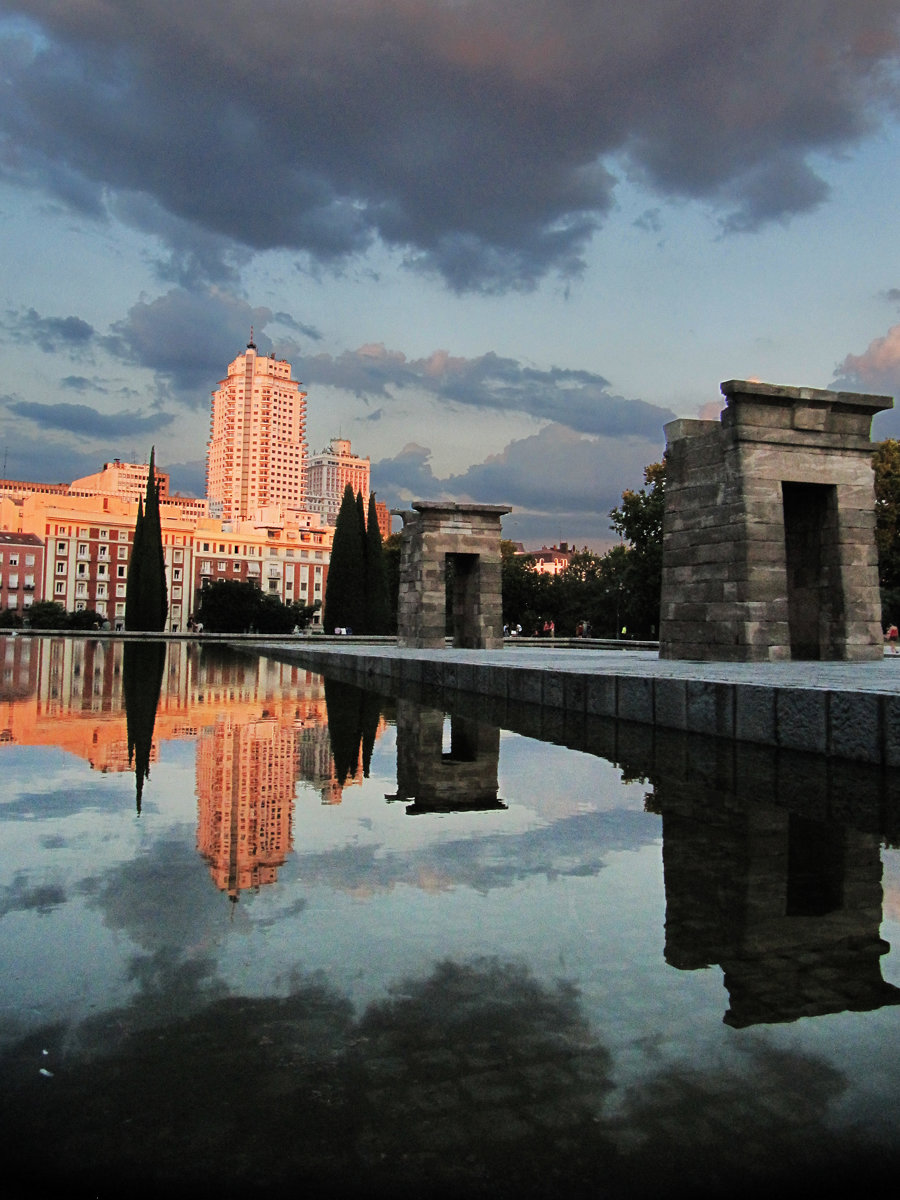 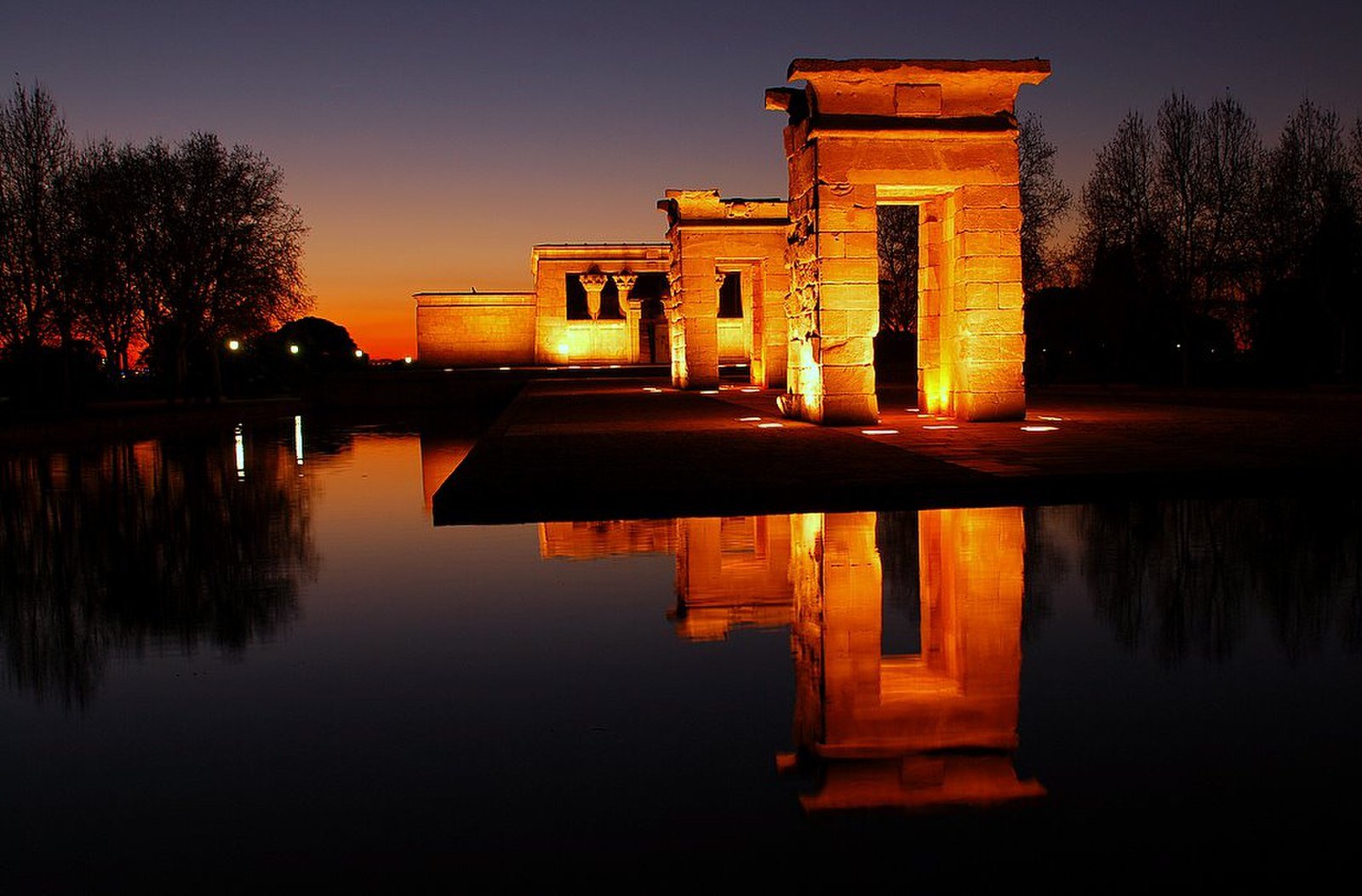 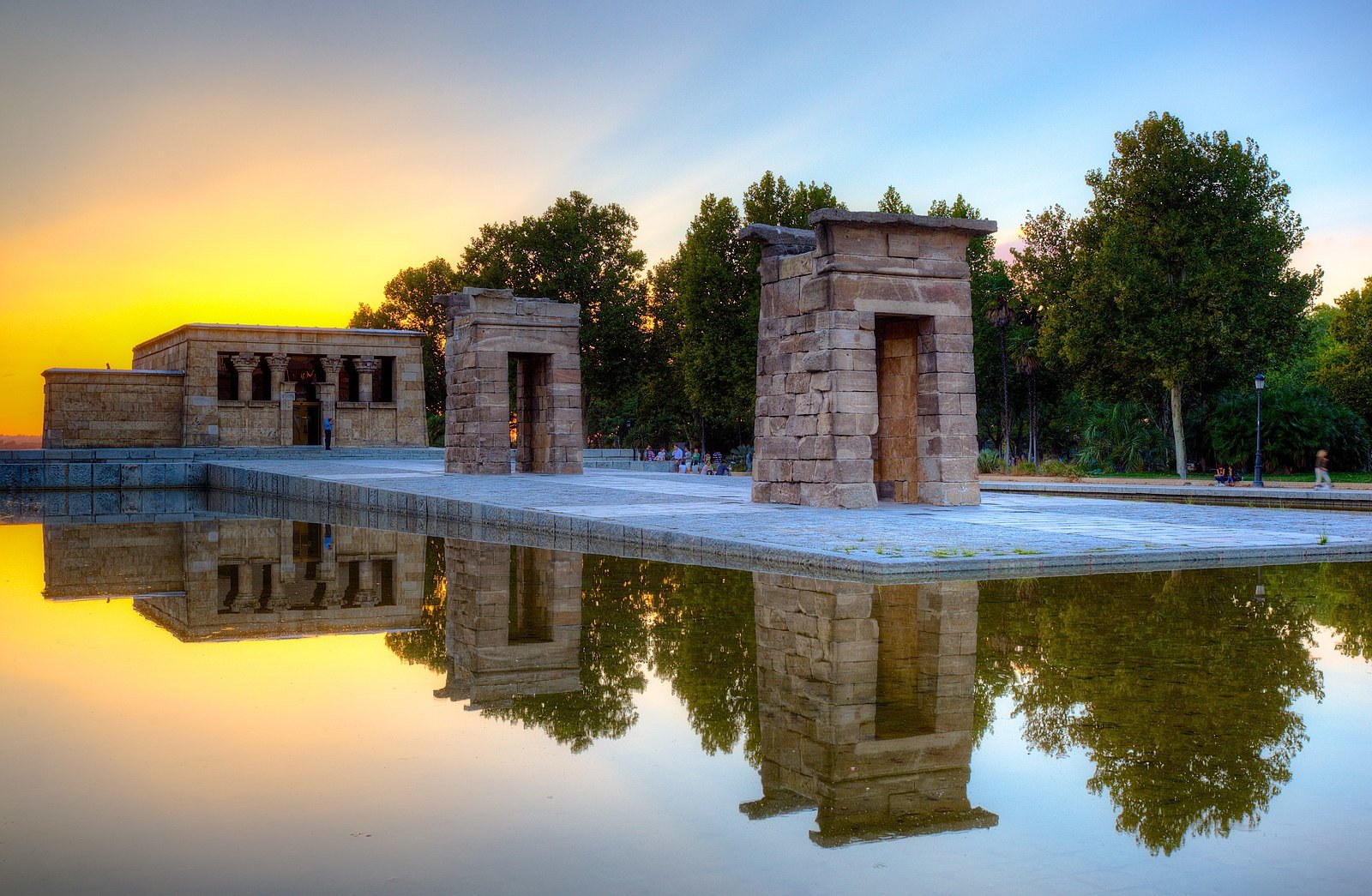 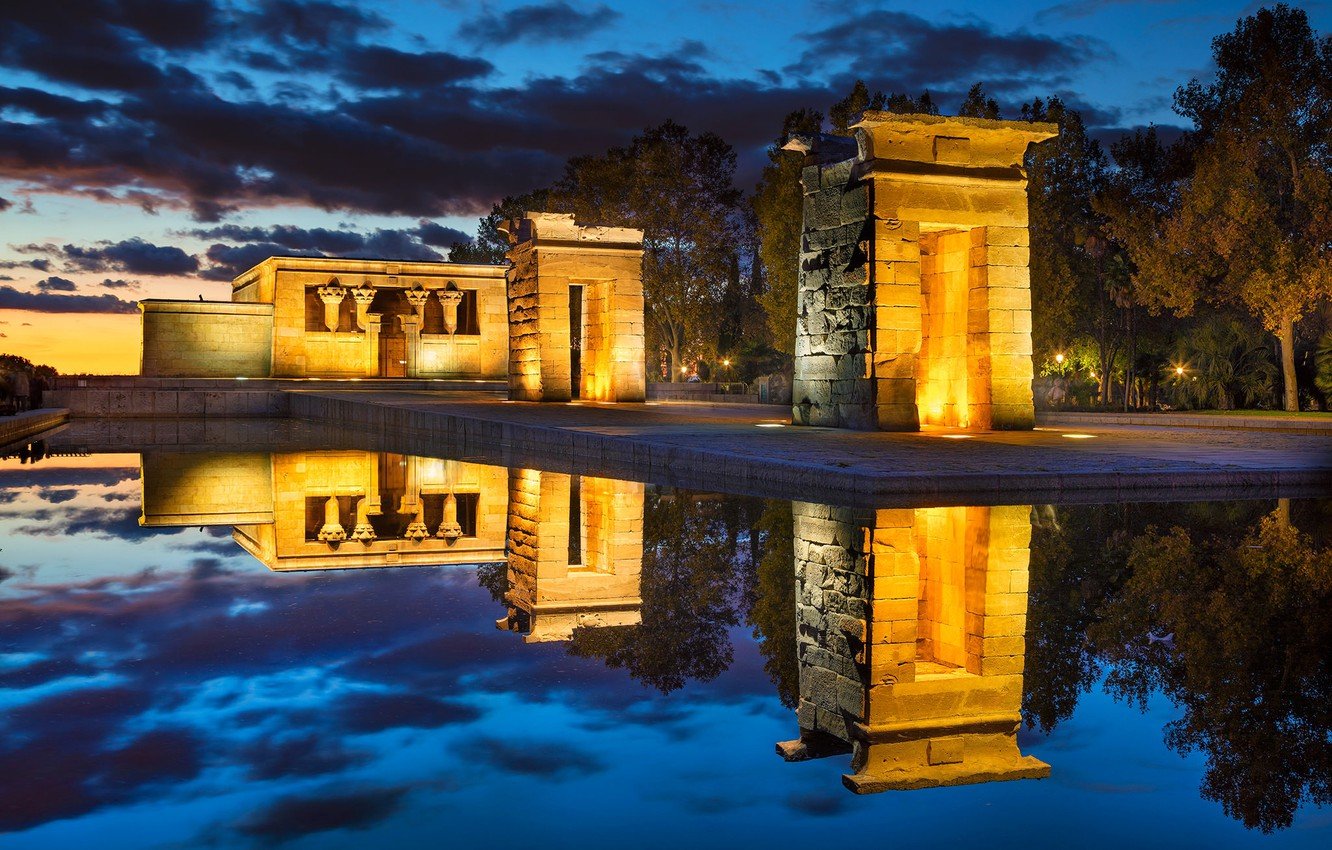 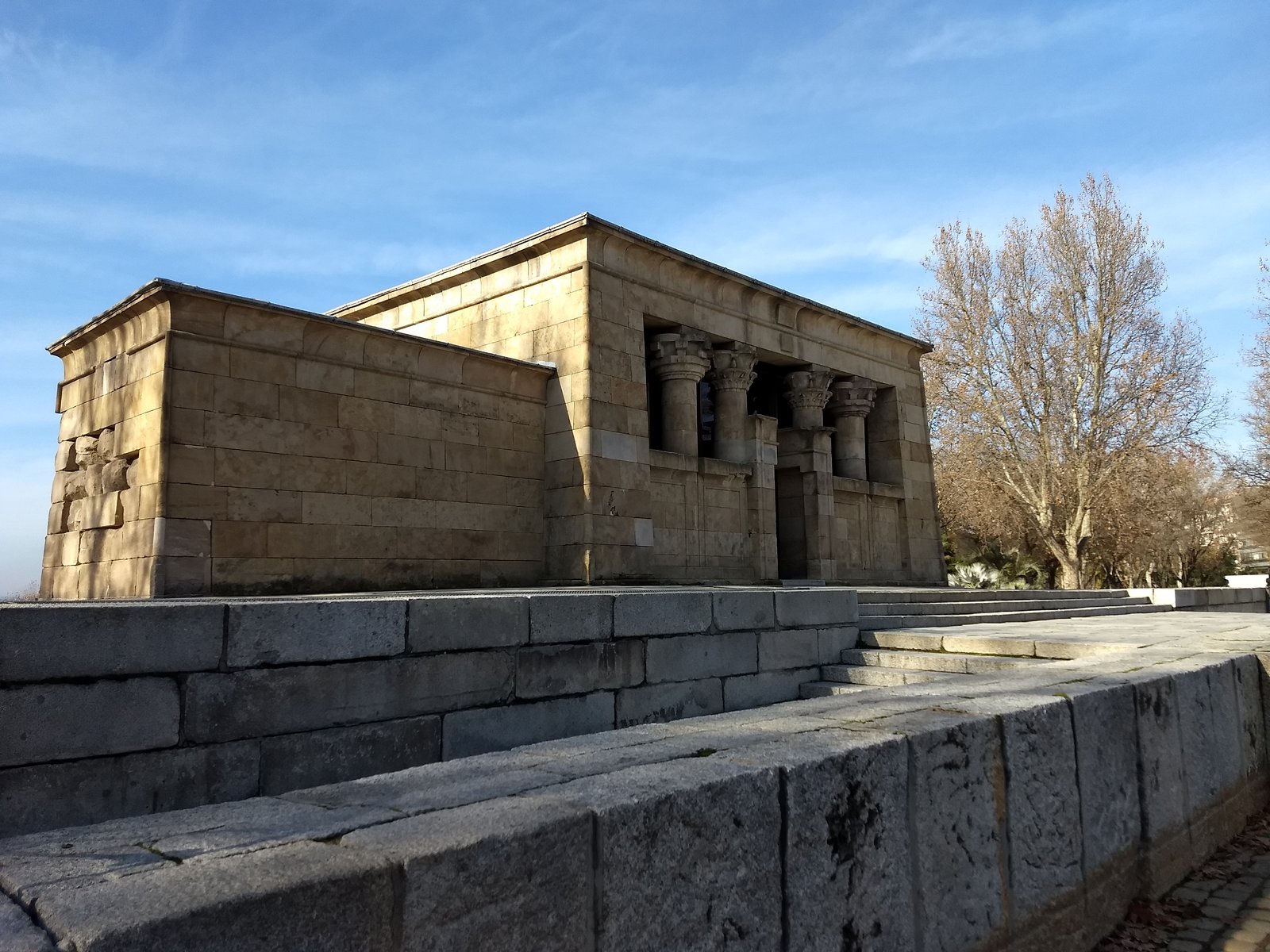 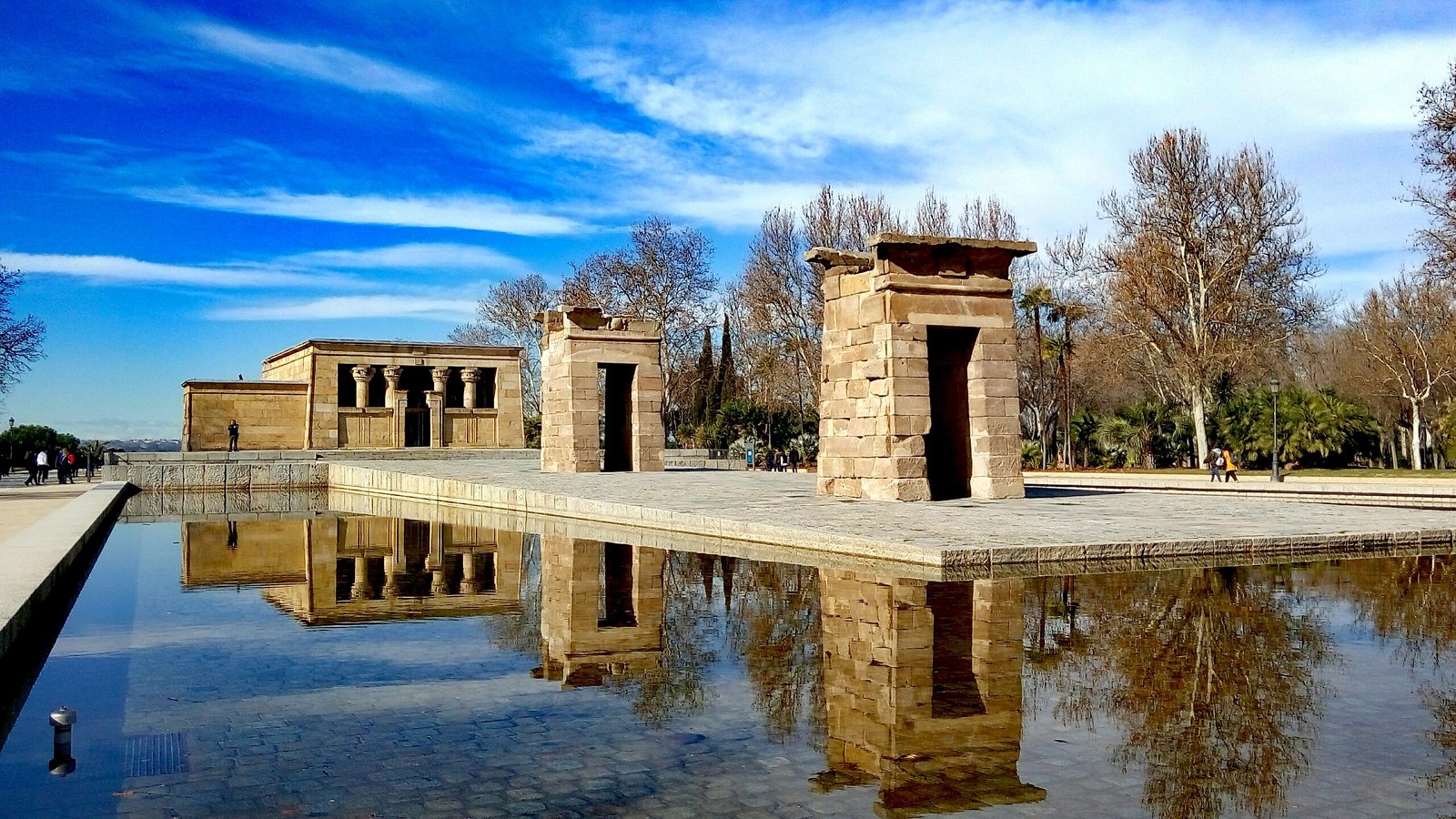