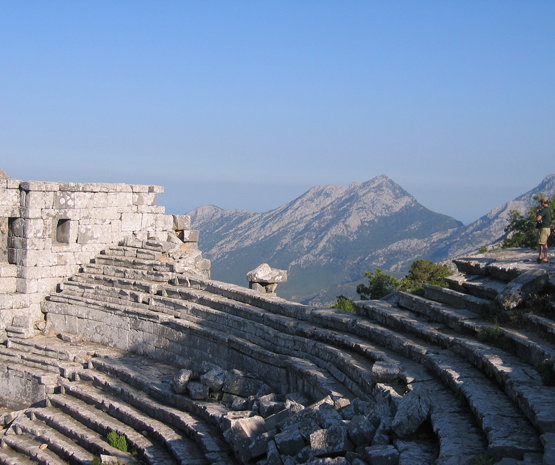 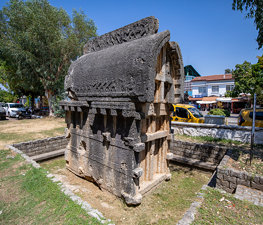 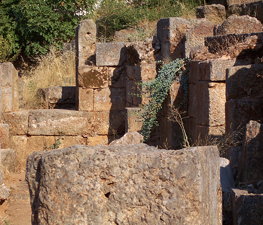 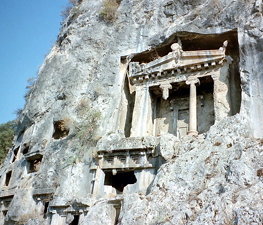 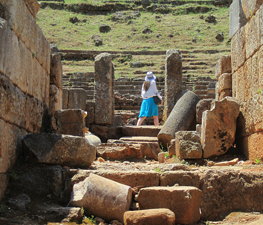 The name of the modern town on the site is Fethiye.

Telmessos was a flourishing city in the west of Lycia, on the Gulf of Fethiye. It was famed for its school of diviners, consulted among others by the Lydian king Croesus, prior to declaring war against Cyrus, and by Alexander the Great, when he came to the town after the siege of Halicarnassus.

Telmessos was a member of the Delian League in the 5th century BC. It was taken by Alexander in 334 BC.

Telmessos was renamed Anastasiopolis in the 8th century AD, apparently in honour of Emperor Anastasios II, but this name did not persist. The city came to be called Makri, after the name of the island at the entrance to the harbor. This name is attested for the first time in 879 AD.

However, an inscription of the 7th century found in Gibraltar and bearing the ethnonym "Makriotes" (from Makri) may indicate an earlier existence of name Makri.

Its ruins are located at Fethiye.

Le Quien (Oriens christianus, I, 971) mentions two bishops of Telmessus: Hilary (370) and Zenodotus, at the Council of Chalcedon (451). The latter is called "Bishop of the Metropolis of Telmessaei and the Isle of Macra". The Notitiae Episcopatuum mentions Telmessus among the suffragans of Myra until the 10th century, when it is no longer called Macra; in 1316 mention is made of the See of "Macra and Lybysium". Lybysium or Levissi, about four miles south-west of Makri, had in the early 20th century 3000 inhabitants, nearly all Greeks.

The see is included, under the name Telmissus, in the Catholic Church's list of titular sees. The historically important former Bishop of Montreal, Ignace Bourget's first epsicopal title was as bishop of the Catholic titular see of Telmessos. In the Eastern Orthodox Church, Telmessos is also a titular episcopal see of the Ecumenical Patriarchate of Constantinople. The current holder of the see, Archbishop Job, is primate of the Patriarchal Exarchate for Orthodox Parishes of Russian Tradition in Western Europe, based in Paris.

Tips & Hints
Arrange By:
Popular first New first
There are no tips nor hints for Telmessos yet. Maybe be you will be the first one to post useful information for fellow travellers? :)
1.0/10
I've been here
Add to wishlist

Ölüdeniz (literally Dead Sea, due to its calm waters even during s

Xanthos (Lycian: Arñna, Greek: Ξάνθος) was the name of a city in anc

The sanctuary of Leto called the Letoon, sometimes Latinized as

Temple of Apollo (Apollon Tapınağı) is a tourist attraction, one of 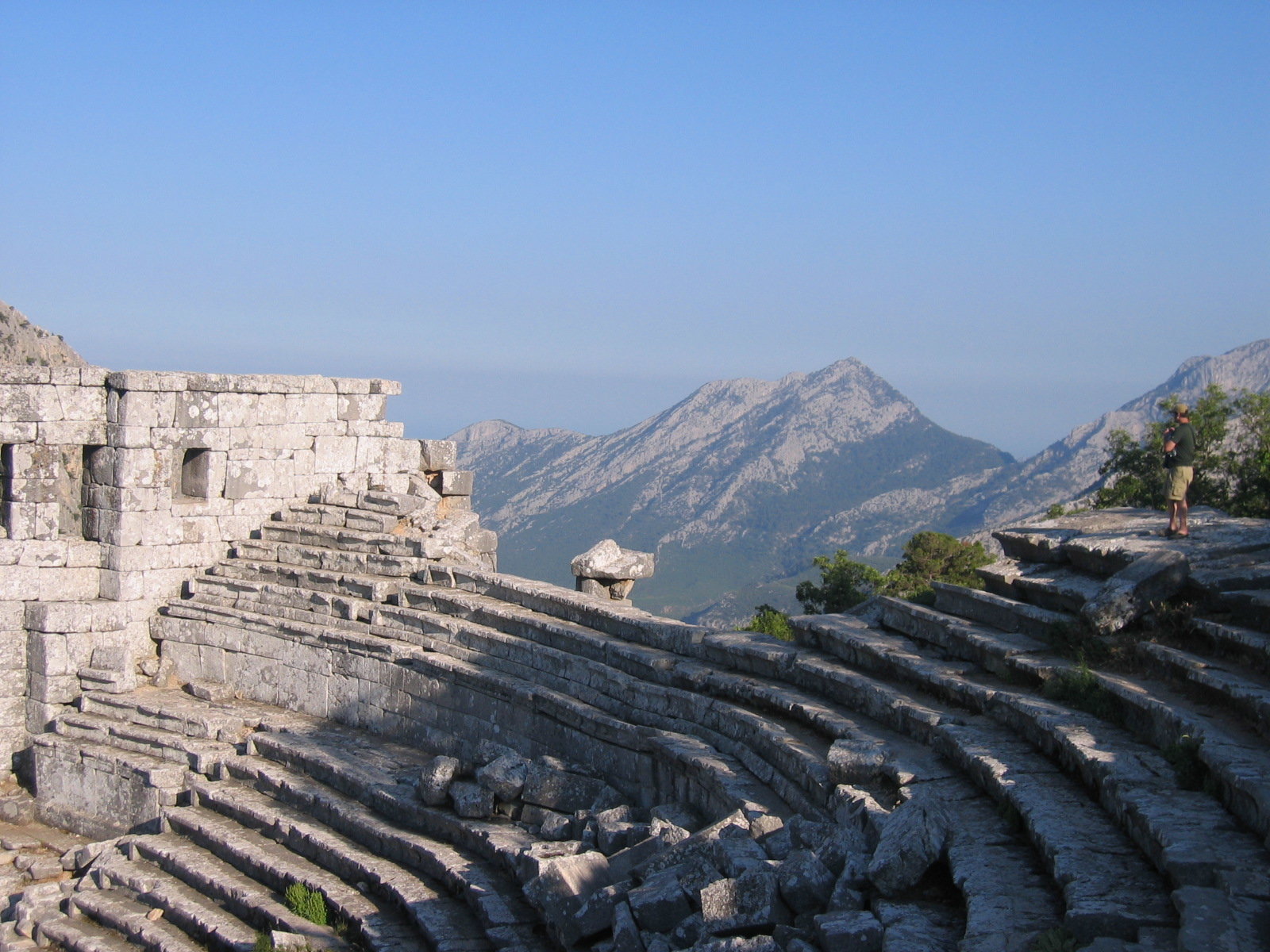 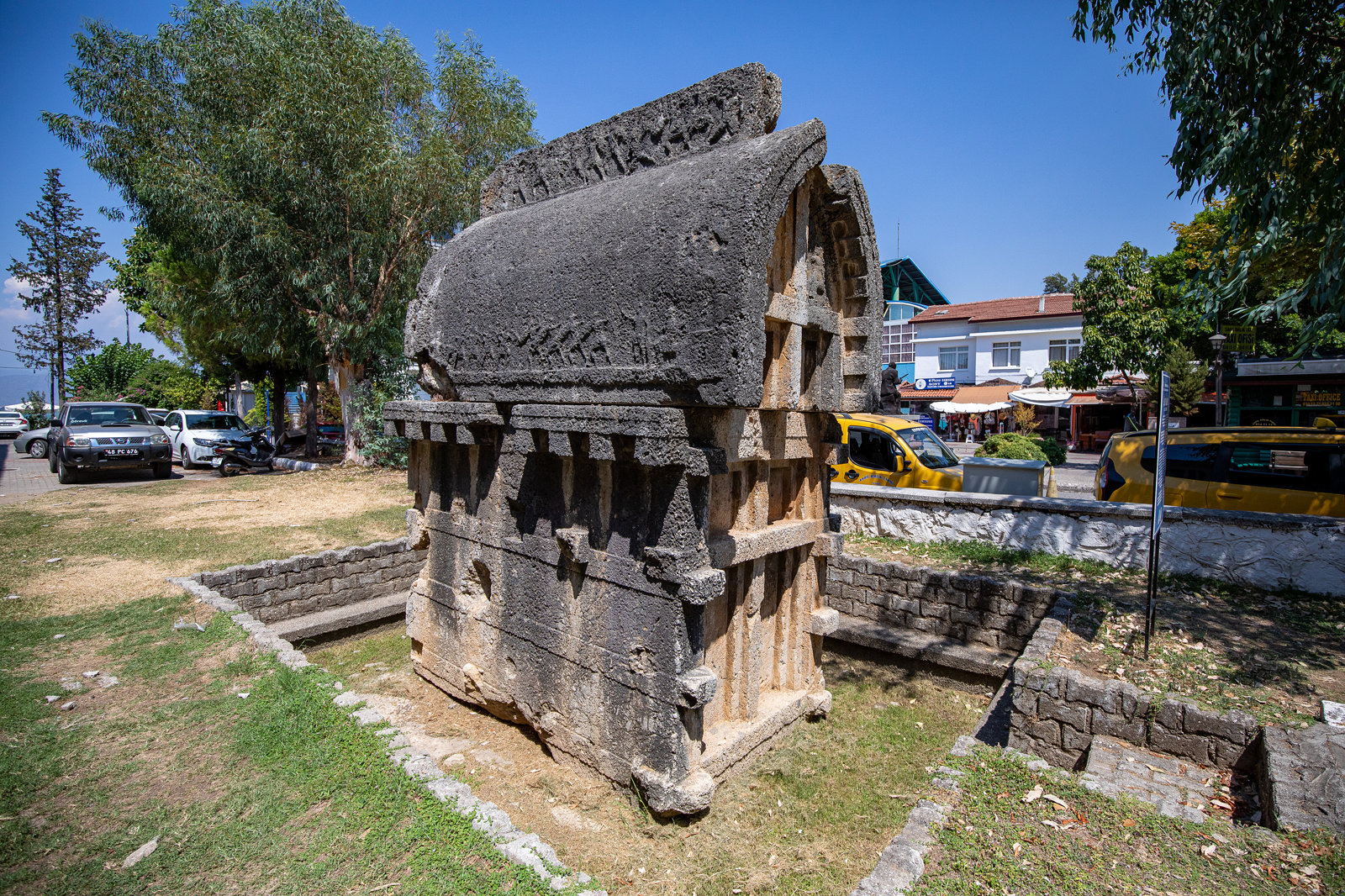 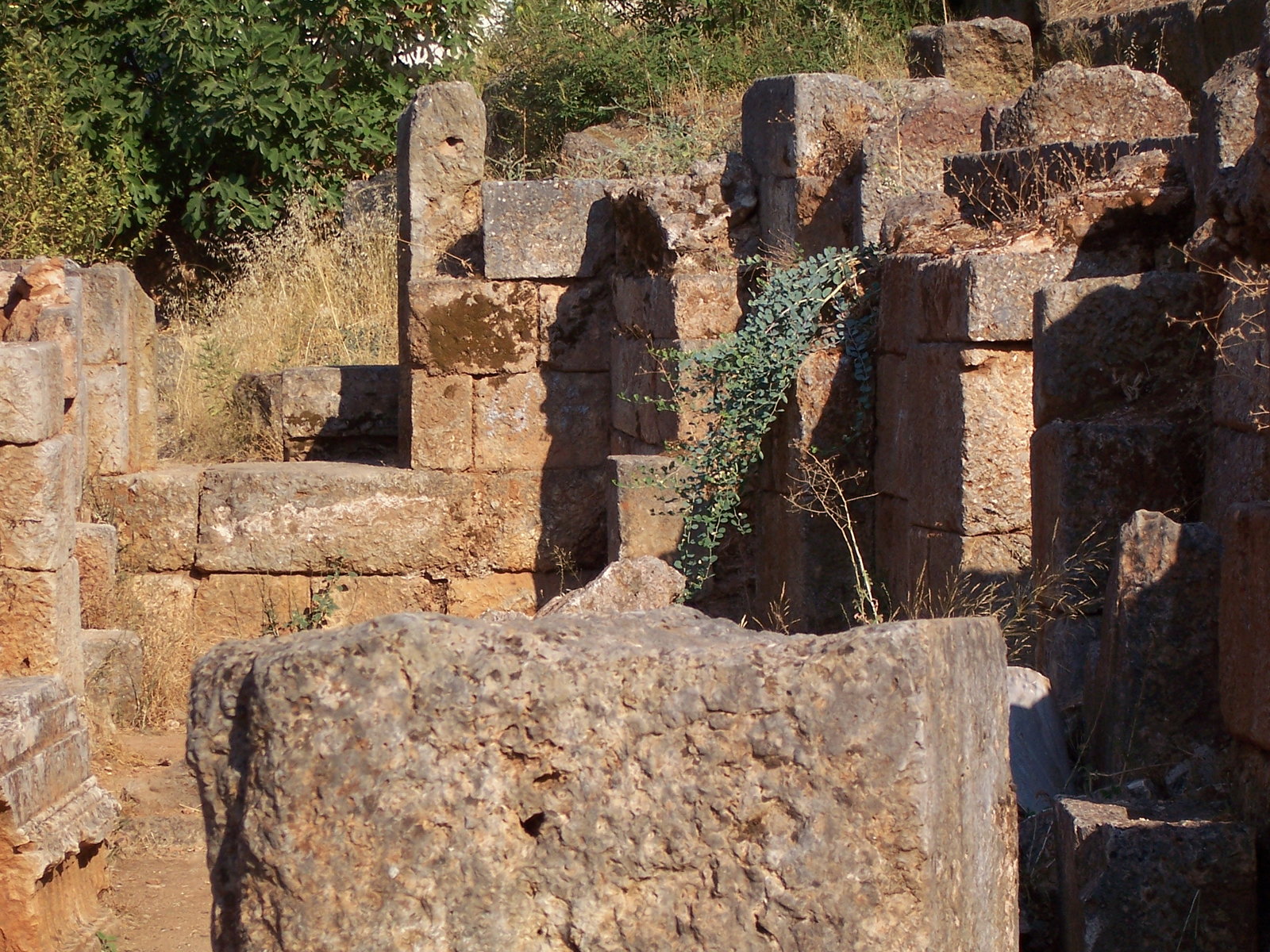 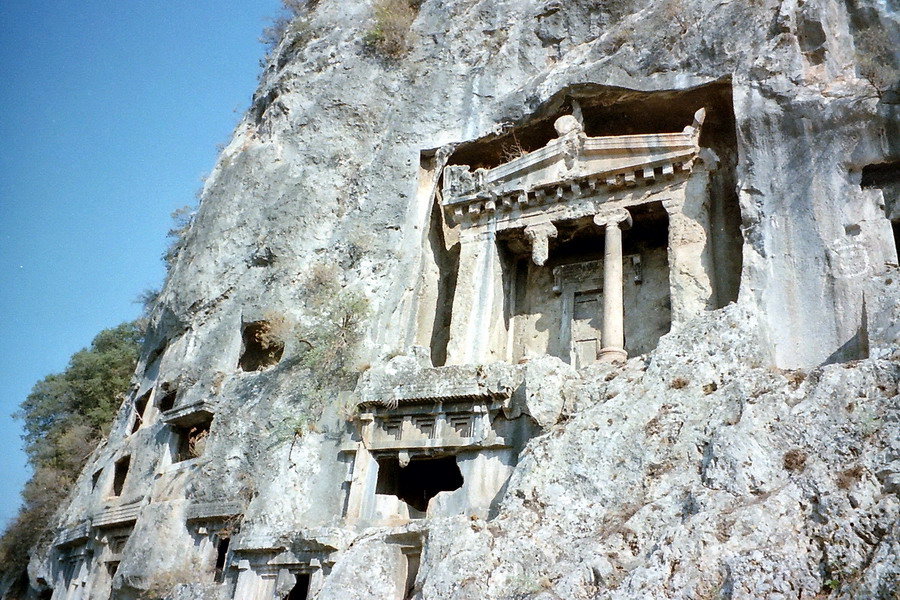 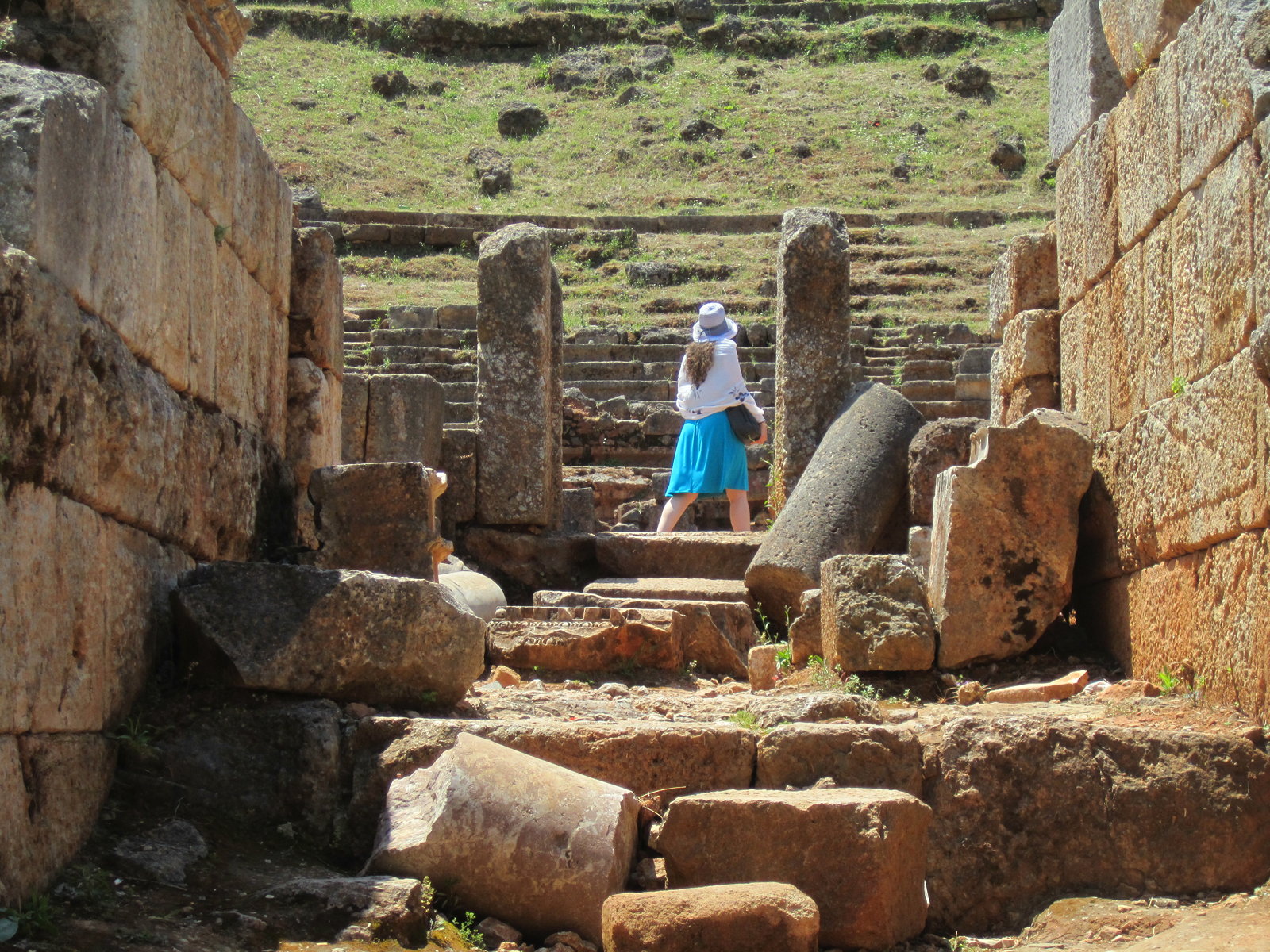 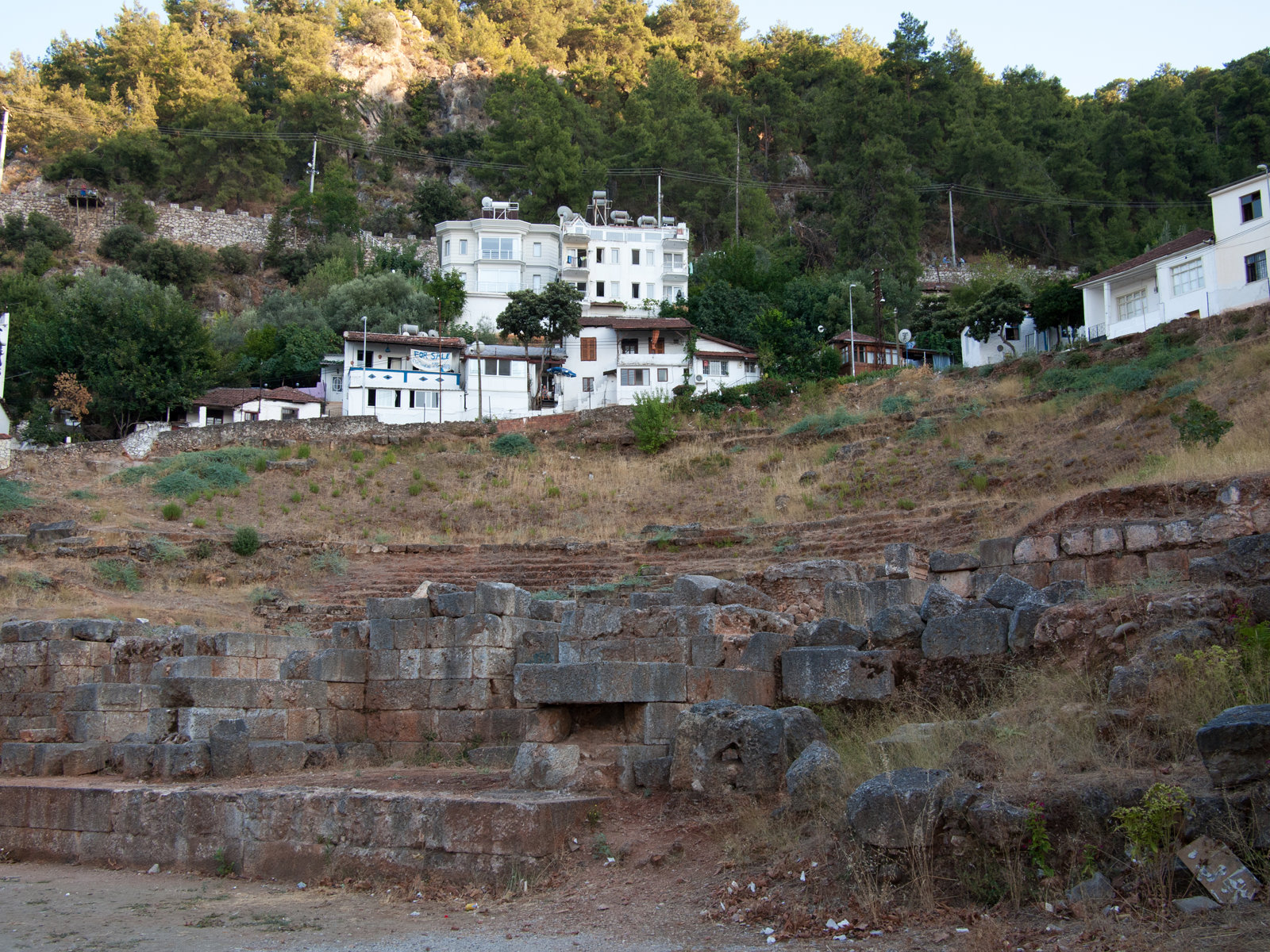 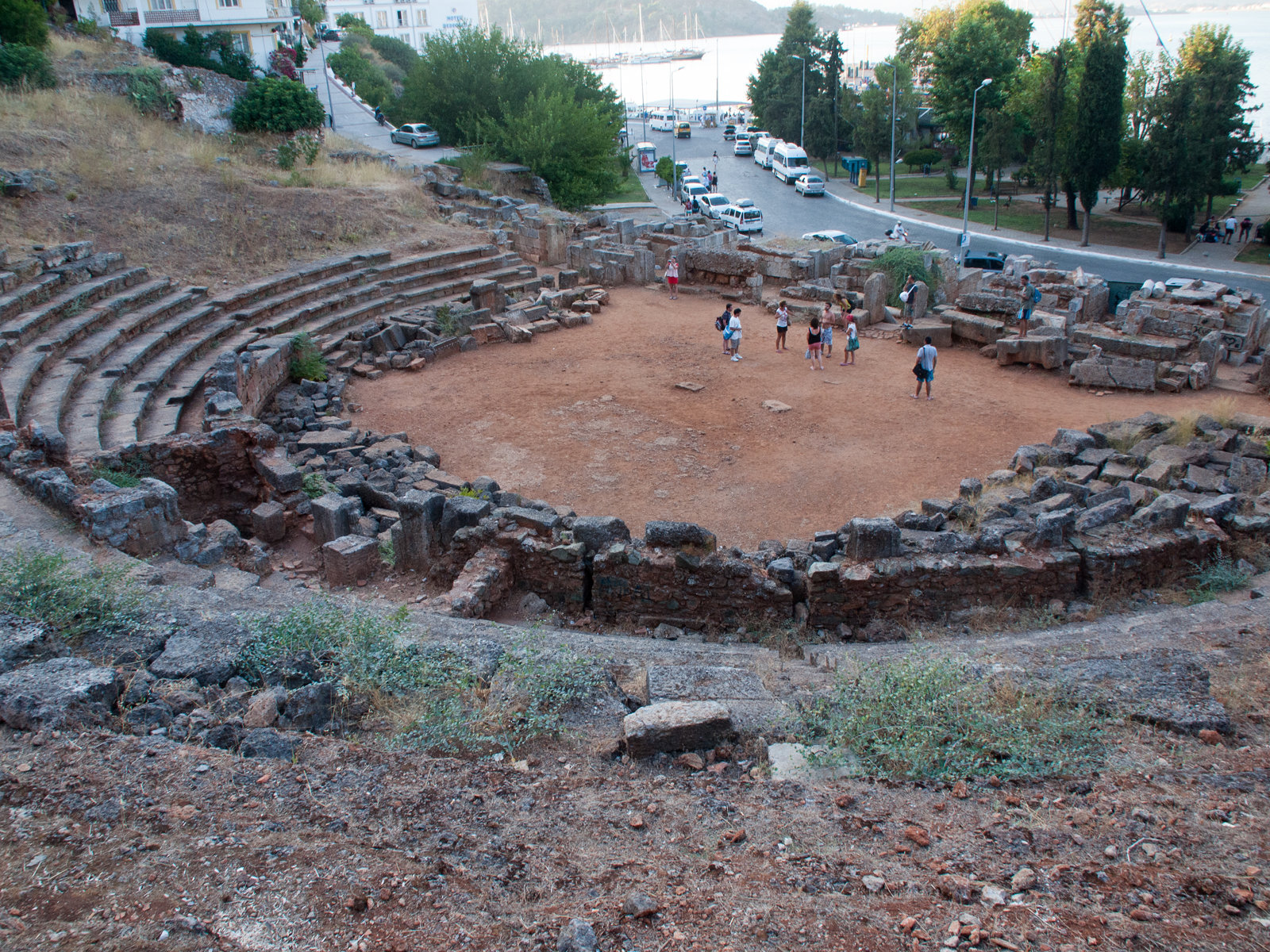 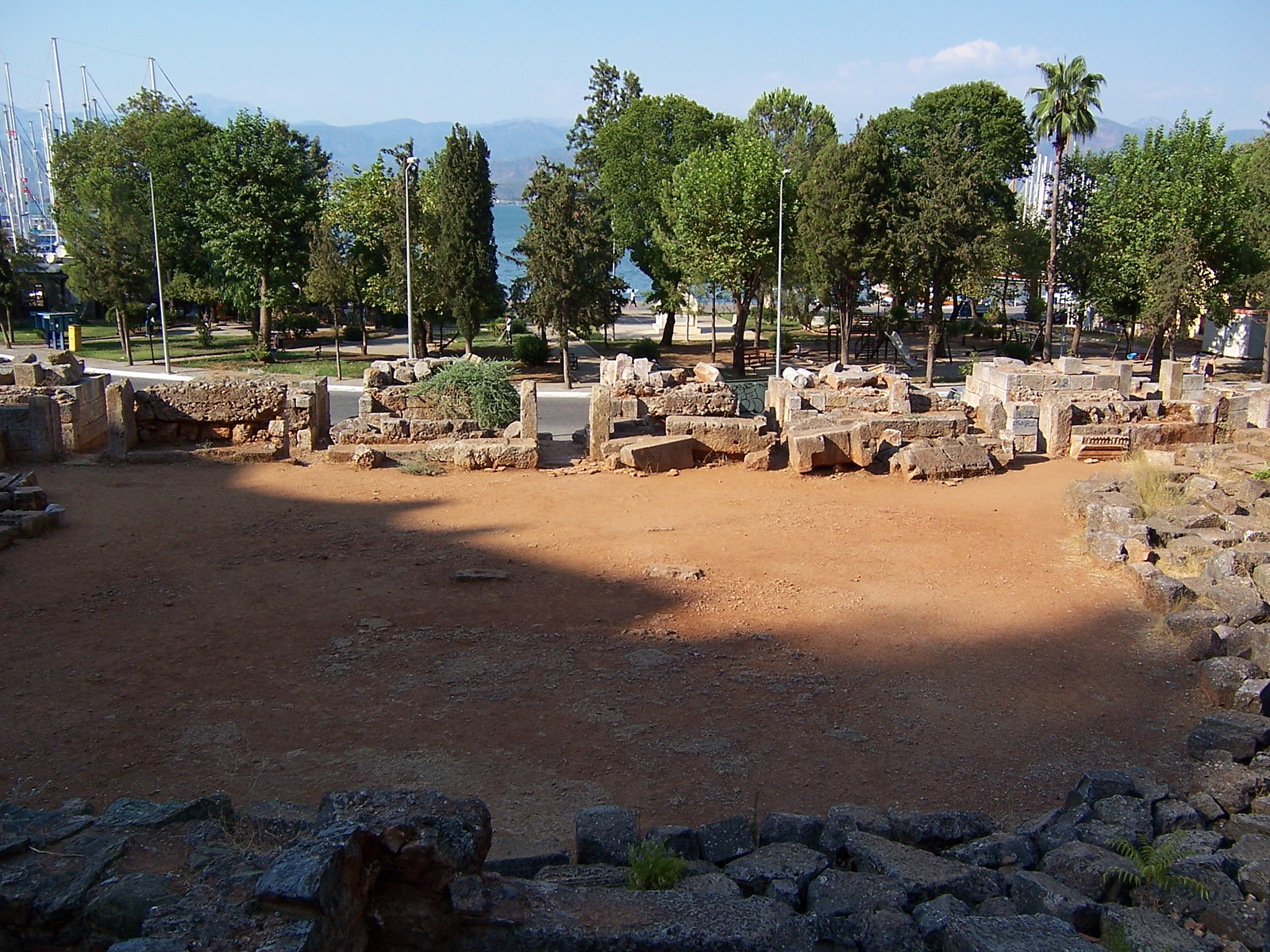 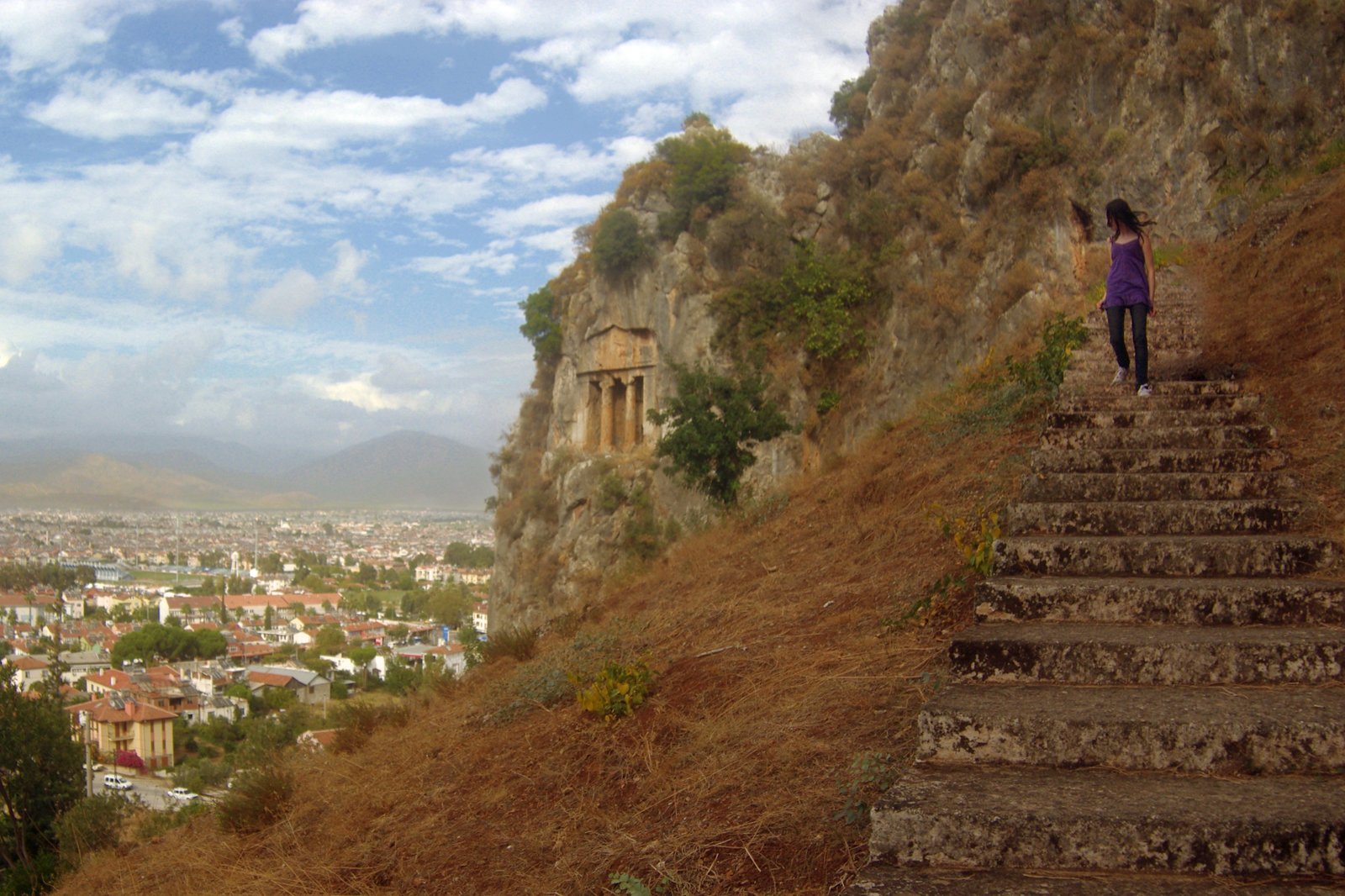