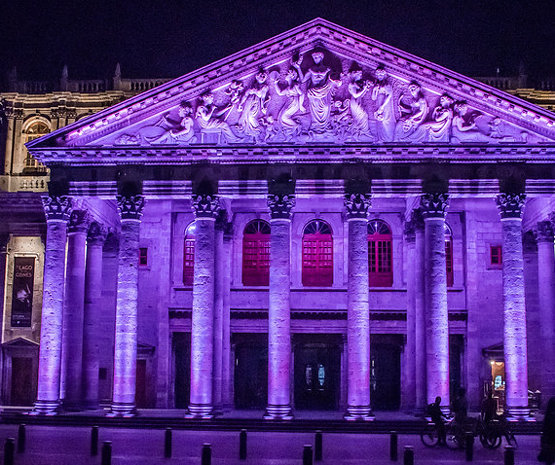 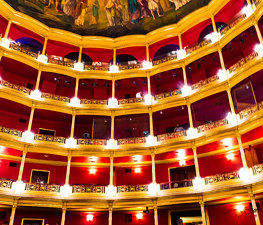 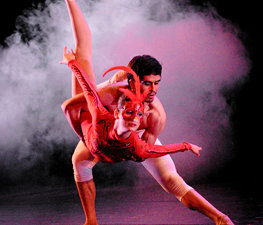 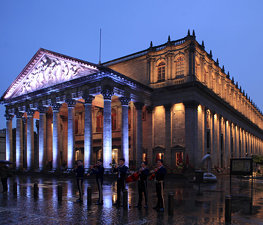 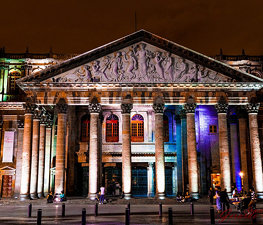 Teatro Degollado (Degollado Theater) is a neoclassical Mexican theater known for its diverse performances and artistic design. It is located in the central plaza of Guadalajara, Jalisco, Mexico on Belen Street between Hidalgo Avenue and Morelos Avenue. Many performances (from cultural Mexican dances to international operas) take place in this building. Meant to be a monument of Guadalajara's culture, the theater was inaugurated in September 1866; breathing life to the city through its innovative artistic beauty.

Degollado Theater was constructed during Mexico's 1800's theatrical movement. There was a high demand for a great theater in Guadalajara, Jalisco that displayed the cultural arts of the city. In response to the demand, on October 1, 1855, Antonio Perez Verdia proposed the construction of Alarcon Theater (after the classic dramatist Juan Ruiz de Alarcon) to the current governor of the time, Santos Degollado. On December 12 of that same year, Degollado signed the official decree to build the structure, and in March, 1856, Degollado set the first cornerstone of the building. In April 1856, Jacobo Galvez was appointed to lead the initial construction of the theater.

Due to a three year war in Mexico, and a change of government during the dispute, the completion of the project was slow. On November 12, 1861, Governor Pedro Amazon changed the proposed name of the project from the "Alarcon Theater" to the "Degollado Theater", after ex-governor and general at the time of his death, Santos Degollado (killed in a battle on June 16, 1861). This change of name was not acknowledged at the time of inauguration, but was adopted on December 18, 1866, when Mexican liberal troops regained control of the plaza where the theater is located.

The theater's first inauguration was on September 13, 1866, with the opera "Lucia di Lammermoor", performed by Angela Peralta, opera soprano noted as the "Mexican Nightingale". At this point in time the theater had not been completed. Subsequently, there were many renovations and four more inaugurations.

These are the dates of all the inaugurations following renovations of the structure:

Degollado Theater is famous for its beautiful paintings along its golden walls on the interior of the building and its symbolic mosaic on the exterior.

Most of the theater's renovations were made to improve the interior design by adding paintings and giving it its current red and golden color. Before the theater's first inauguration, Gerardo Suarez and Carlos Villasenor decorated the theater with a mural representing Dante Alighieri's fourth song in the Divine Comedy. On 1877, Fermin Riestra was ordered to continue with the construction of the building; a three year process on which a gilded eagle holding a Mexican flag on its talons and a chain on its beak was placed on the center of the inner arch of the building. Within the three year construction, Felipe Castro painted the murals Time and Hours and The Fame on the proscenium arch. Between 1880 and 1890, the stucco on the concert hall was completed and a golden color was added to the interior walls. By 1893, tiles were removed from the stage, due to the lack of support they provided for the structure, and were replaced by a metal arch on 1905. Between 1909 and 1910 artist Roberto Montenegro focused on the reconstruction and decoration of the interior of the building which included the addition of a crystal lamp on the theater's vault. Fifty years later, architect Ignacio Diaz Morales was in charge of a complete restoration of the building where sculptures by Benito Castaneda replaced Venetian mosaics. On May 2001, a chamber hall that can hold 200 people was added to the inside of the building.

With fewer renovations than the interior, the exterior of the building still retains its artistic beauty. Between 1953 and 1959 Montenegro painted the mosaic of Apollo and the nine muses on the pediment of the theater. The portico supporting the pediment consists of 16 Corinthian columns. When Ignacio Diaz was in charge of the renovation of the theater, he ordered the engraving of the phrase "May we never hear a hint of discord" along Montenegro's mosaic on the main entrance.

Several measurements of the Theater:

Brian Zink
Grab a coffee or drink at the cafe next door, great service....

Oscar Fajardo
Amazing architecture in the center of the historic center. Lit up nicely at night.

The Guadalajara Cathedral' or Cathedral of the Assumption of Our Lady

The Templo Expiatorio del Santísimo Sacramento is a Catholic church

Tequila is a municipality in the central part of the state of Jalisco,

The Estates Theatre or Stavovské divadlo is a historic theatre in

Teatro El Círculo is a theater in Rosario, Argentina. 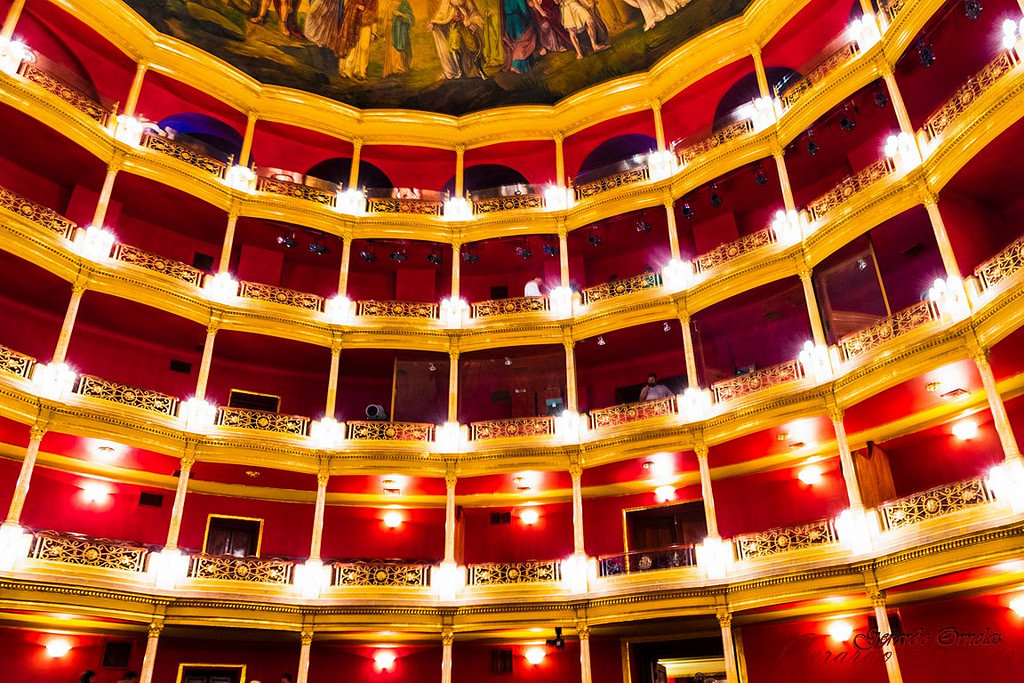 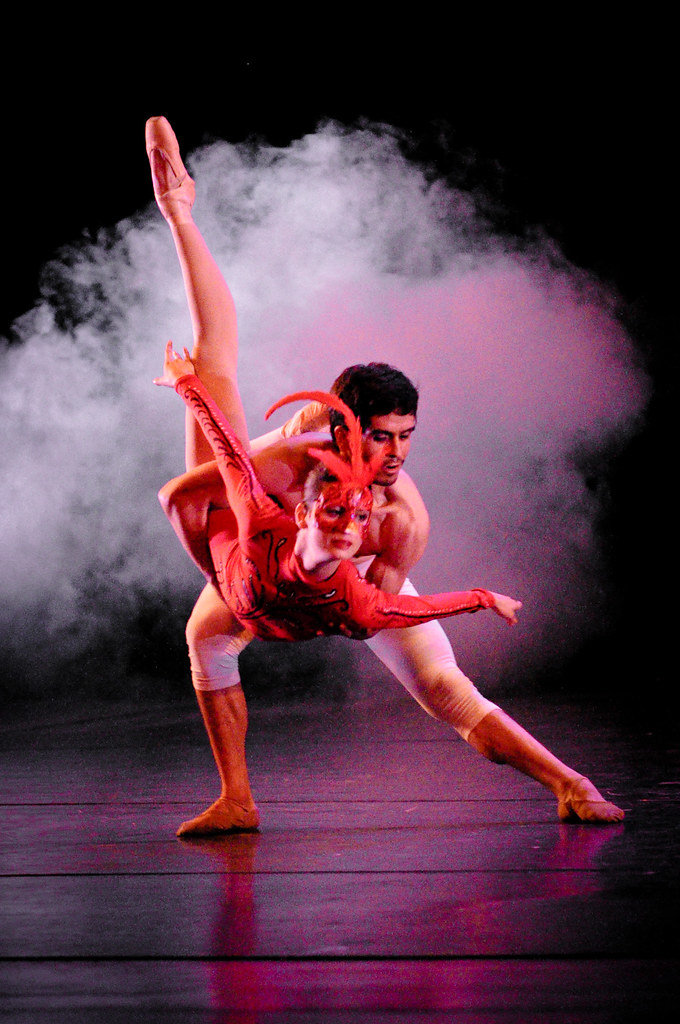 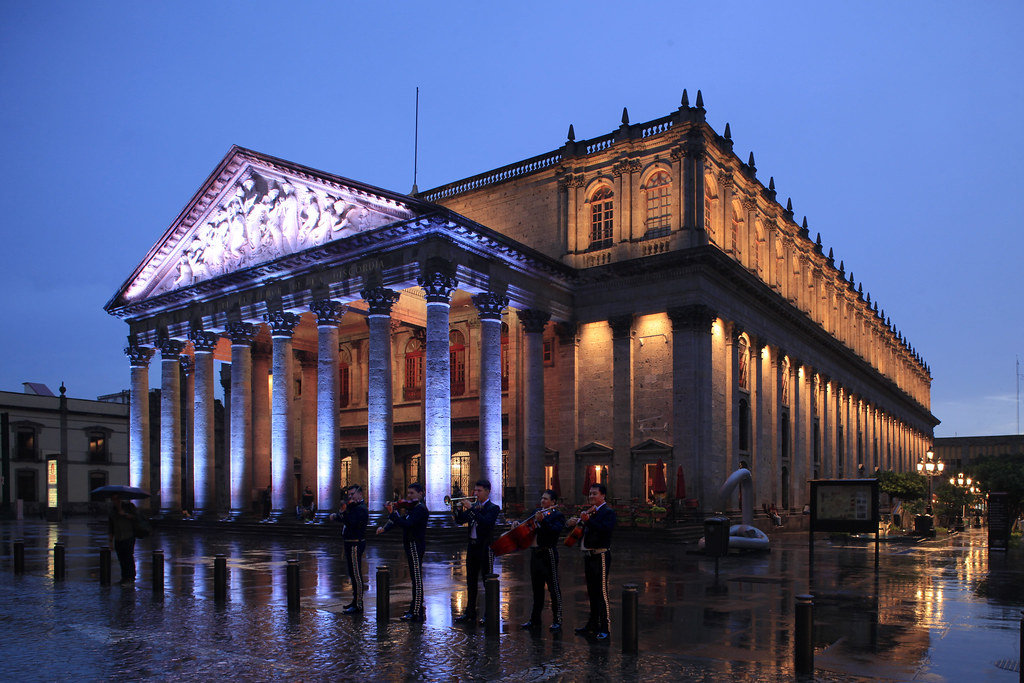 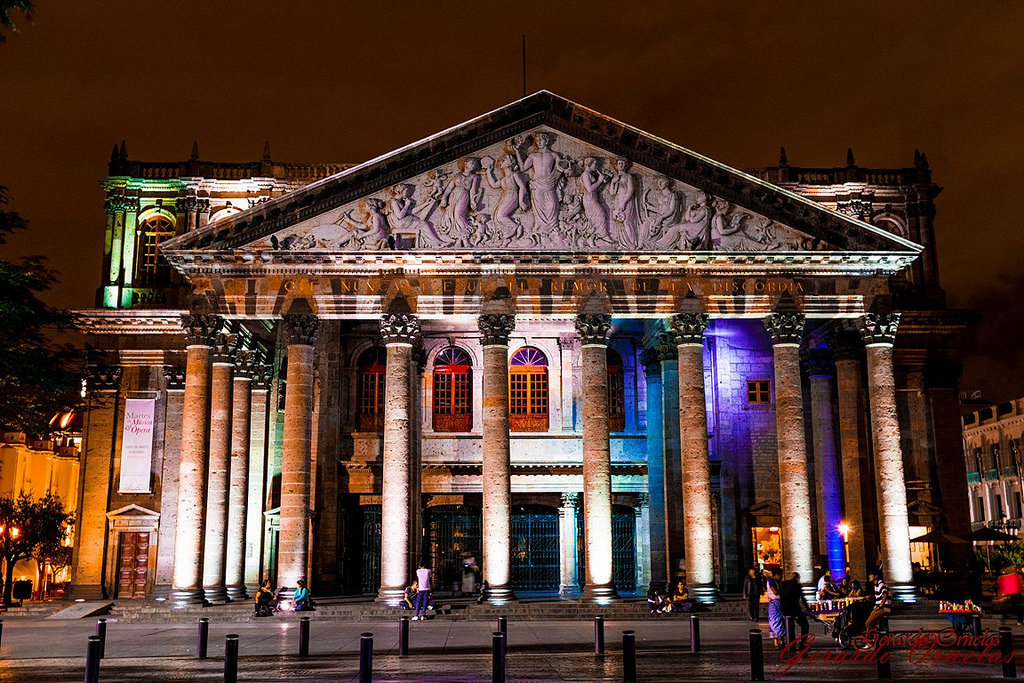 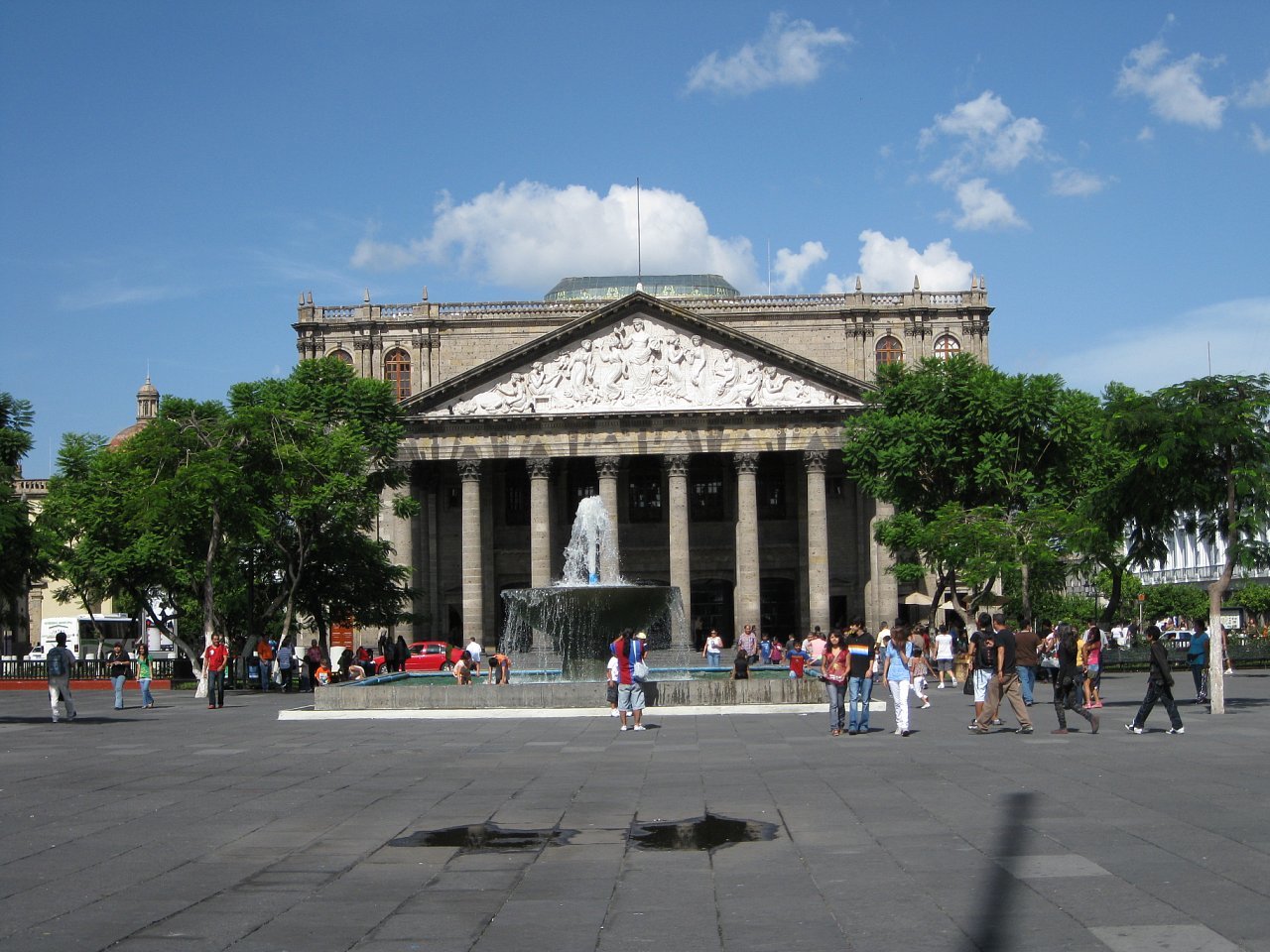 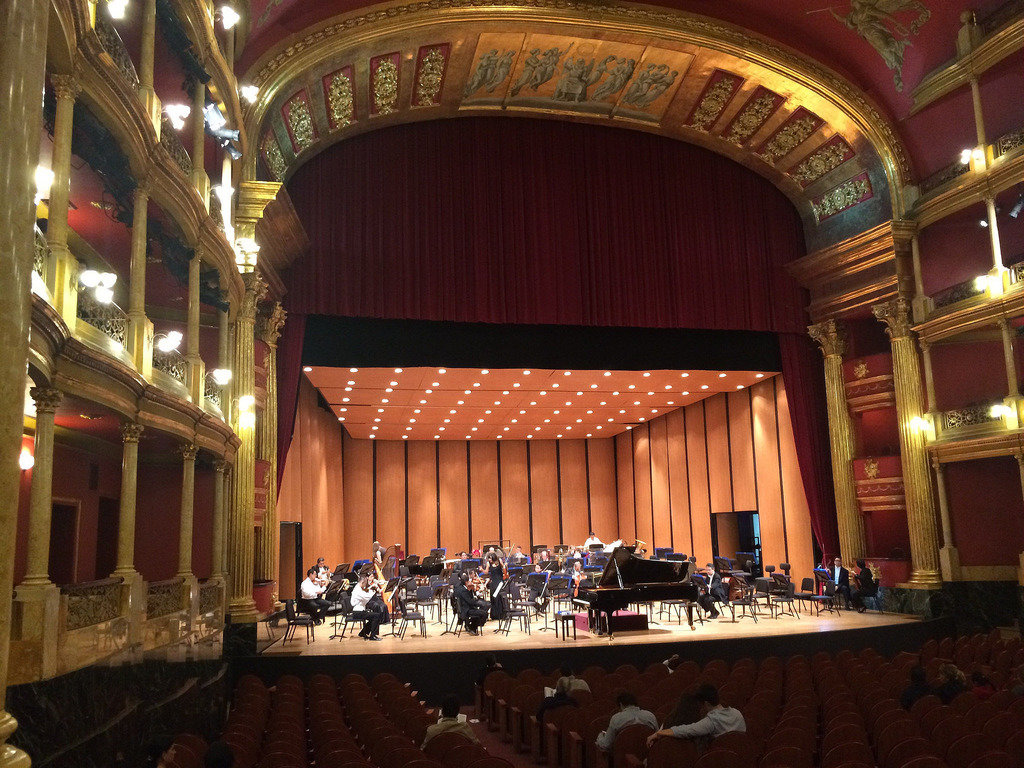 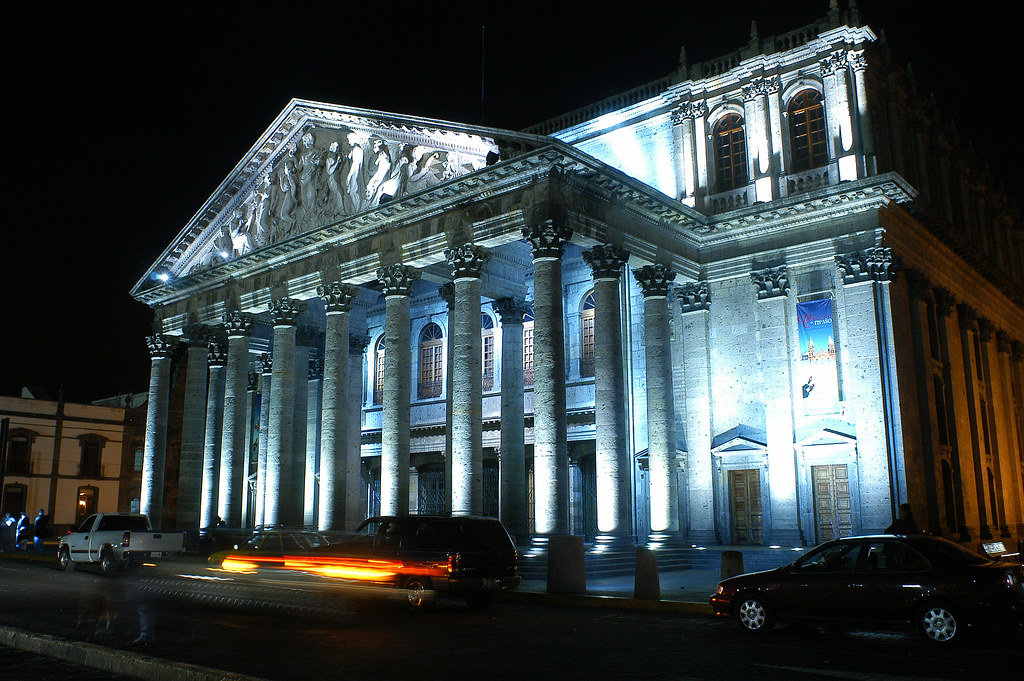 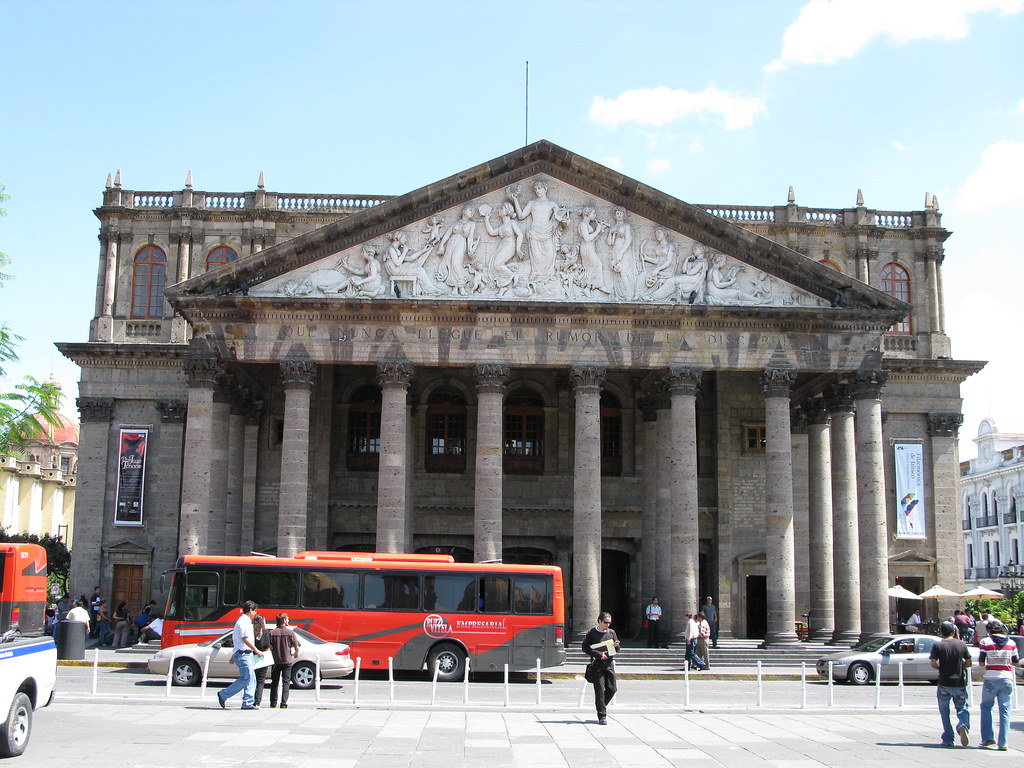 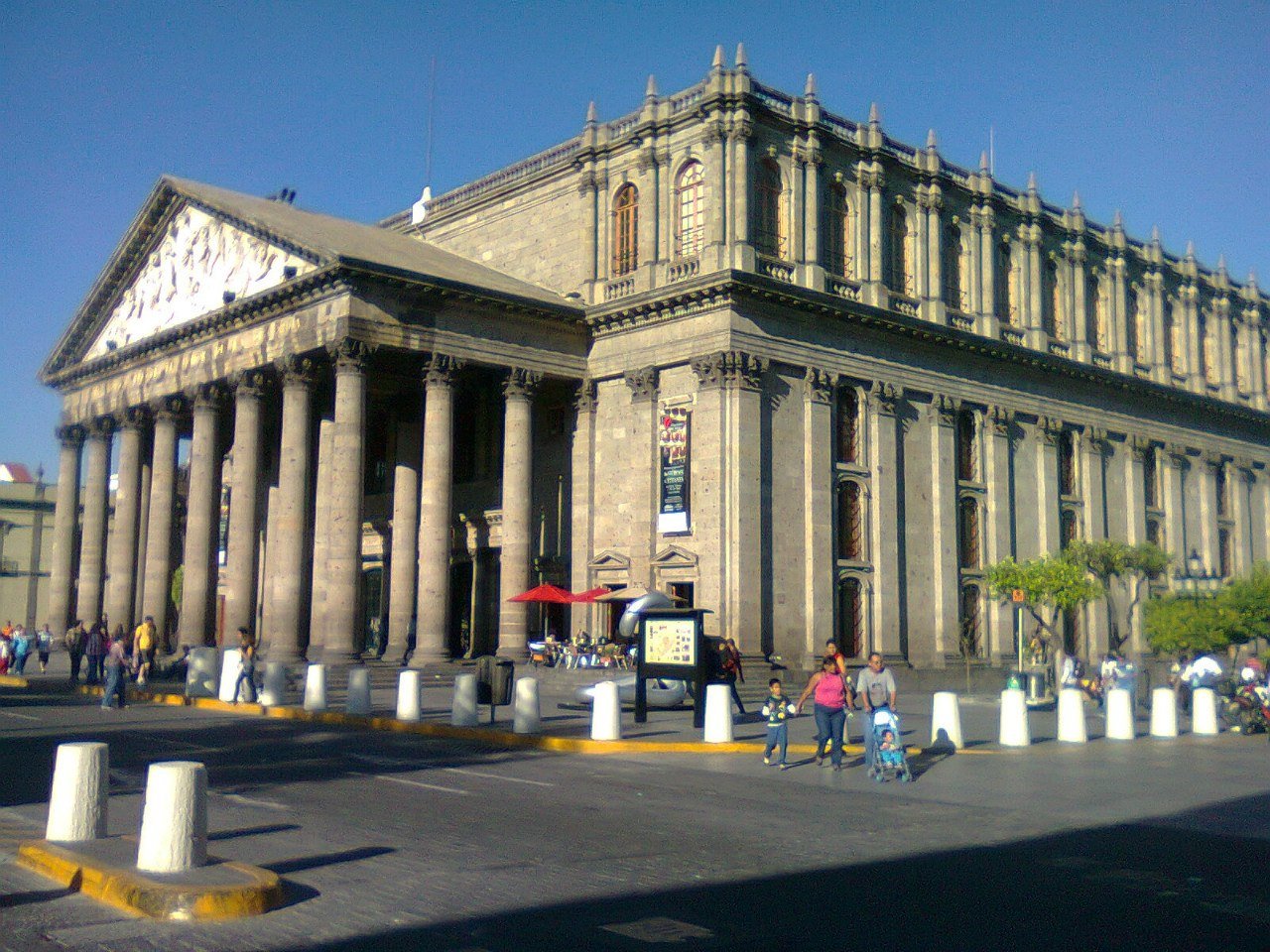 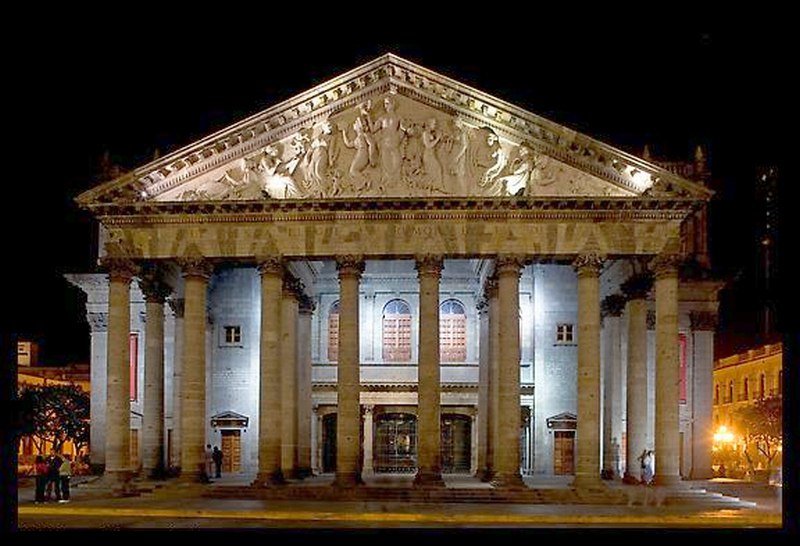 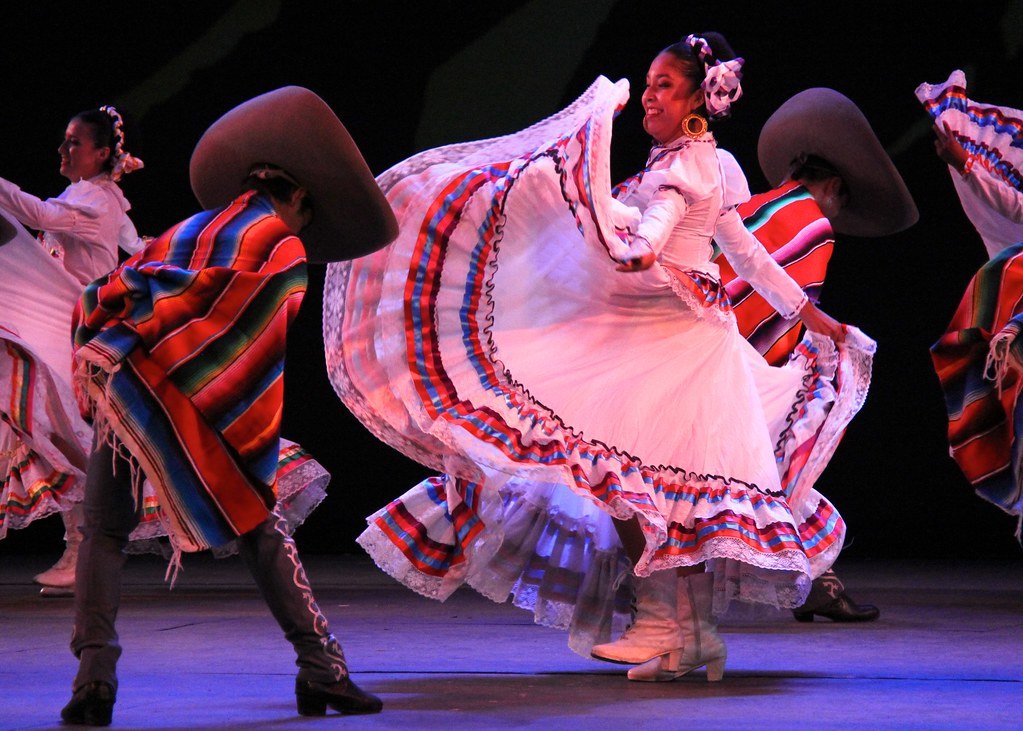 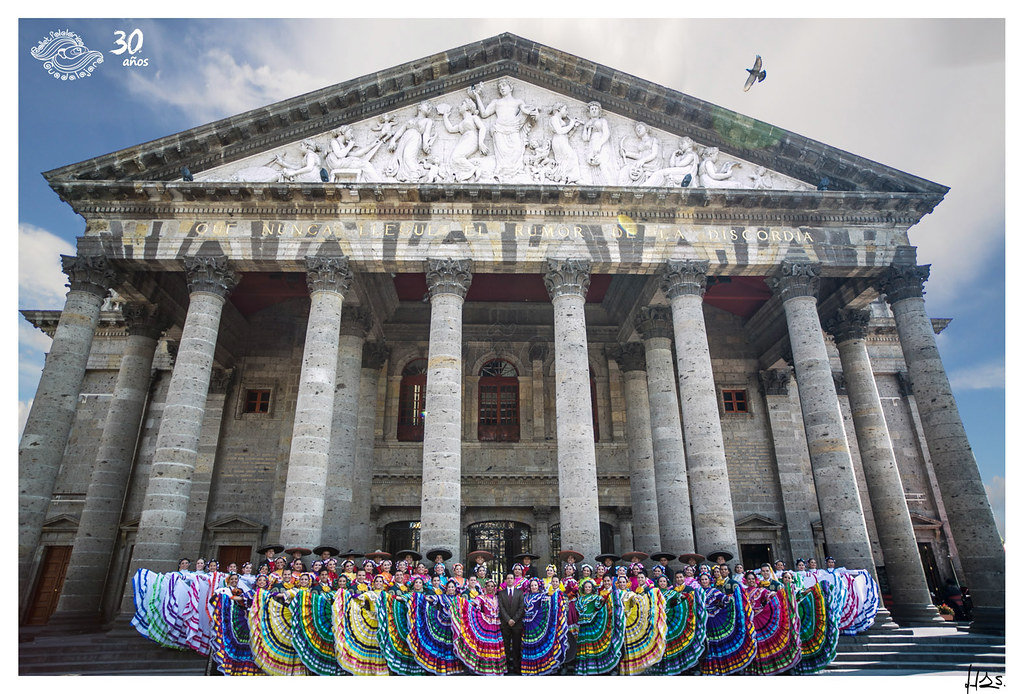 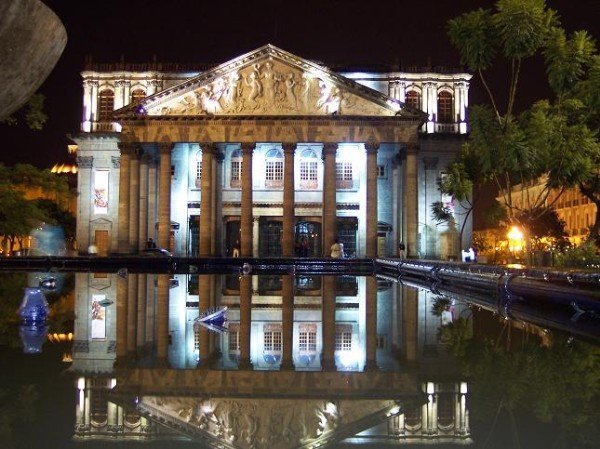 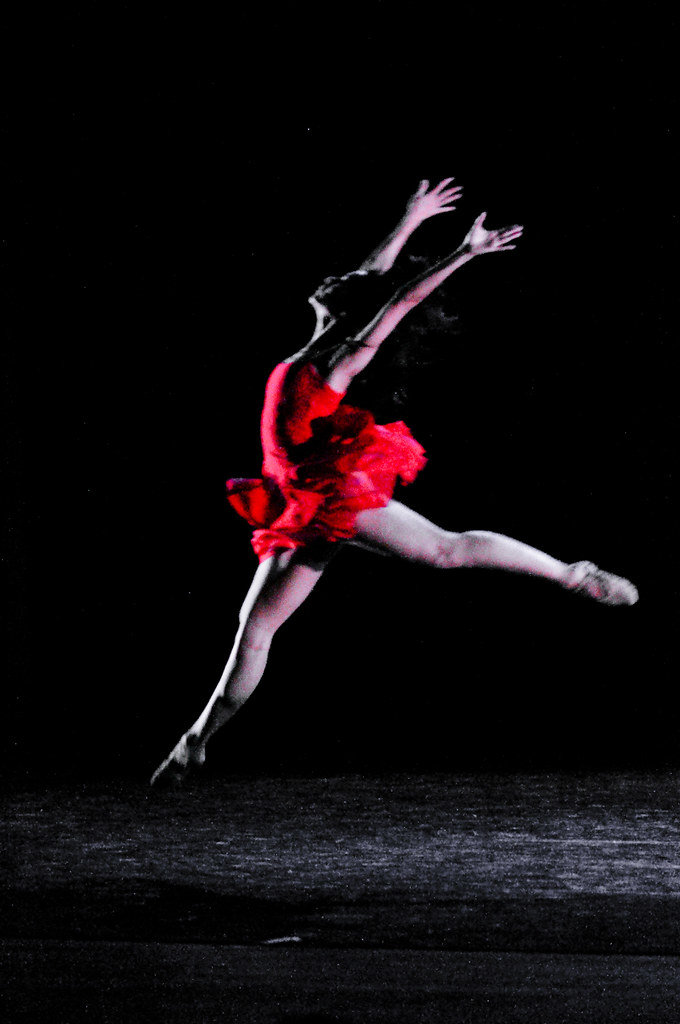 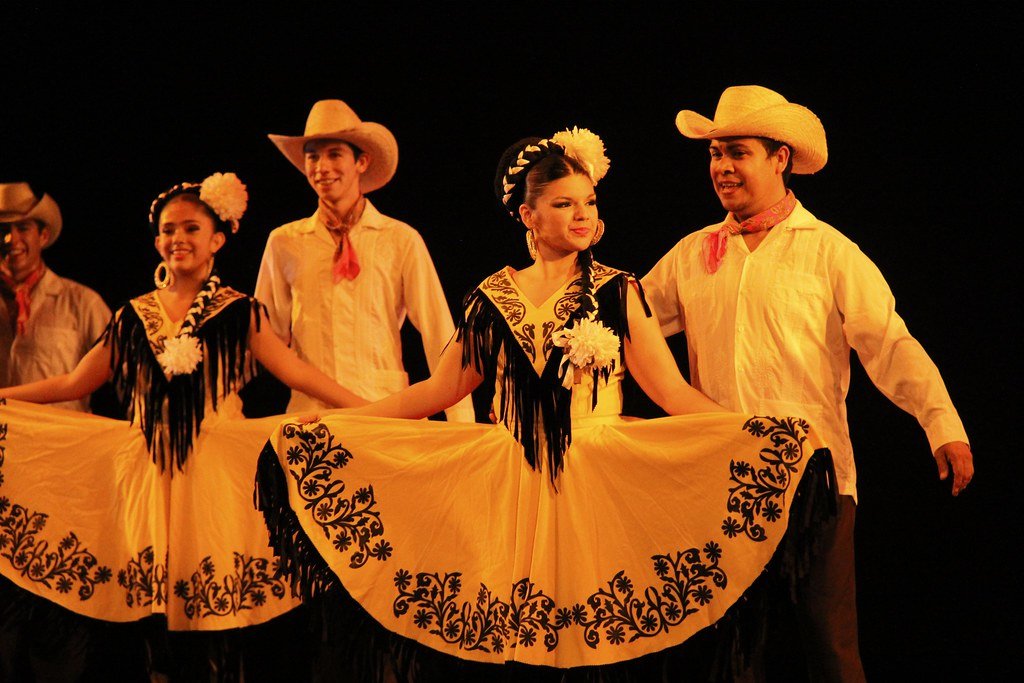 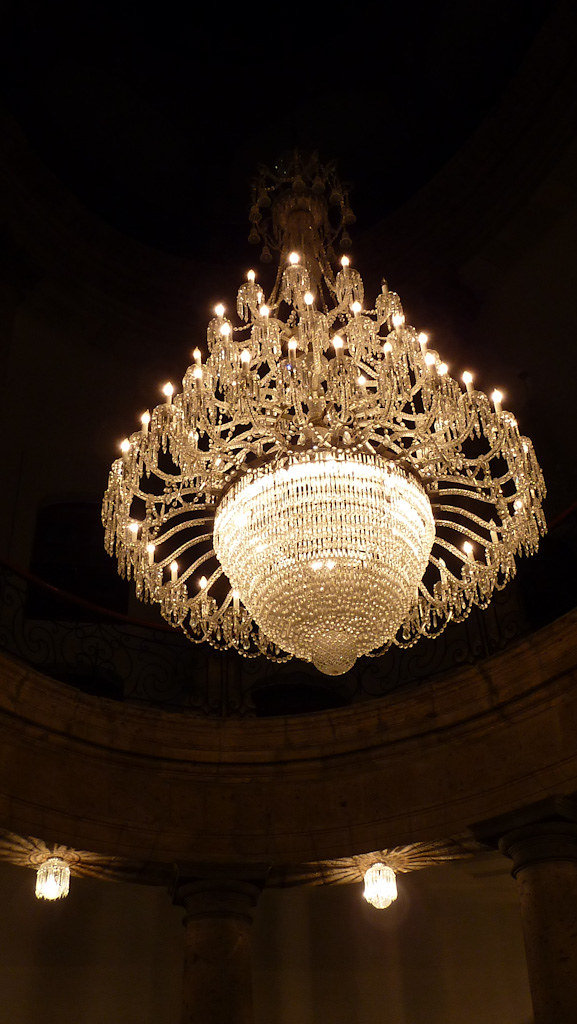 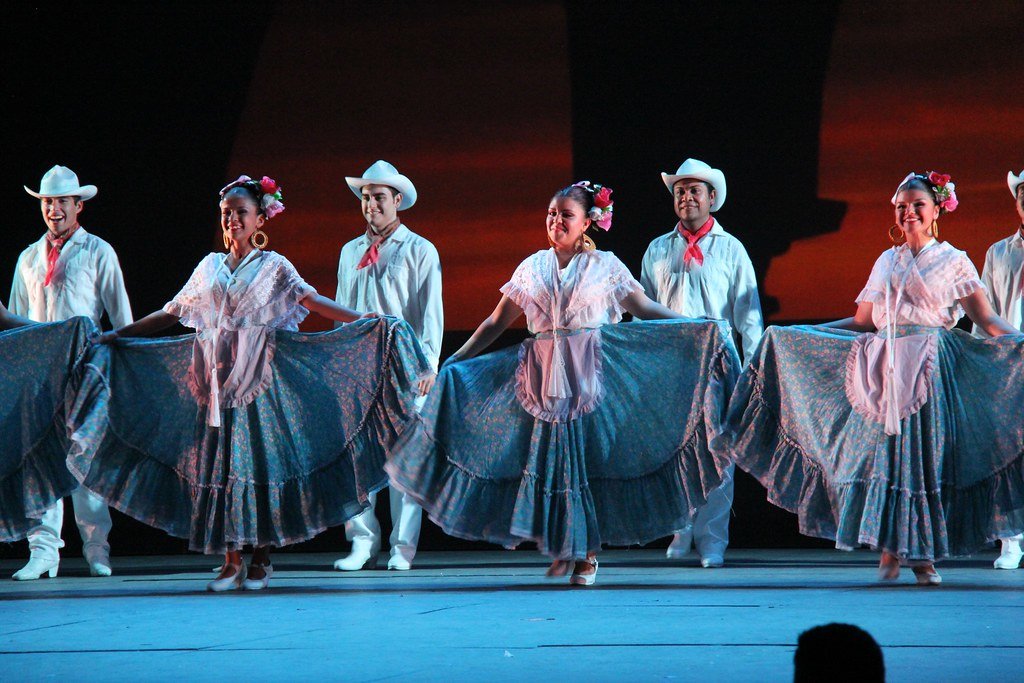 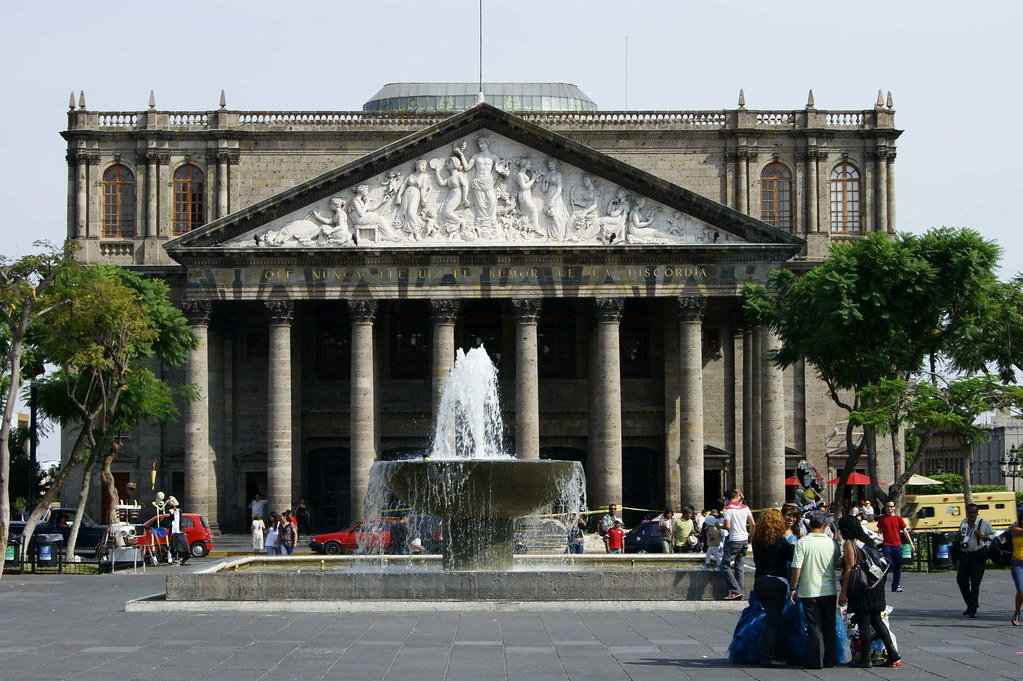 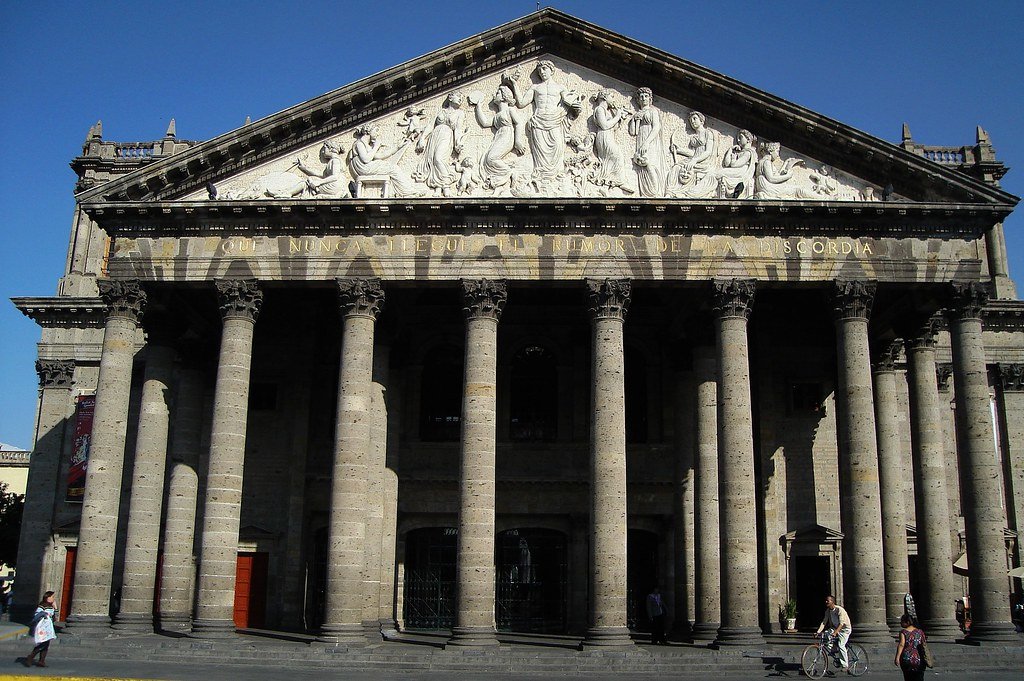 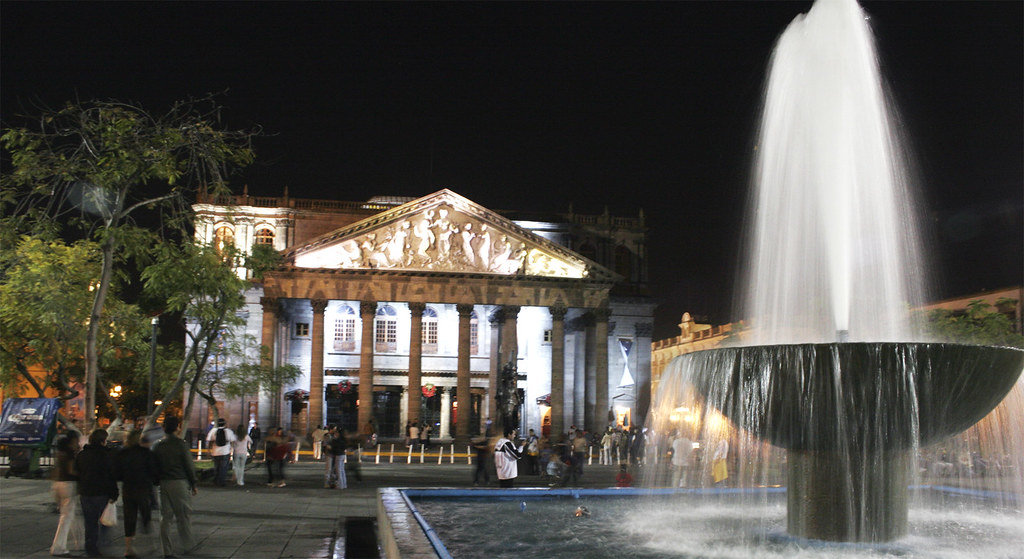