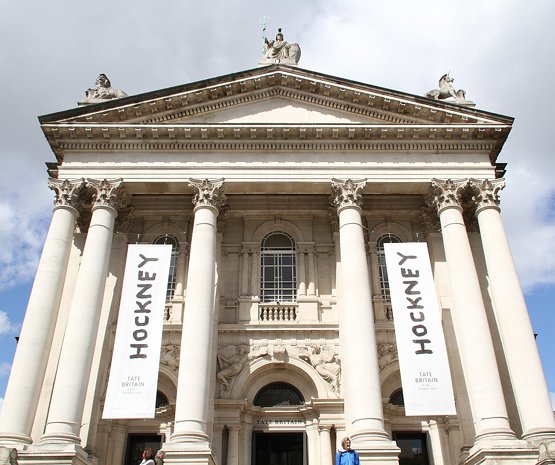 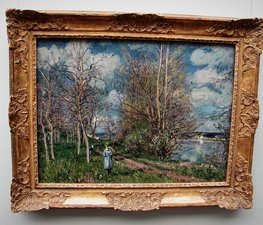 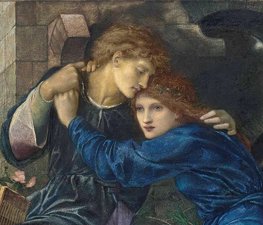 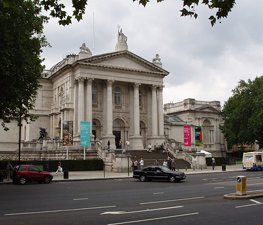 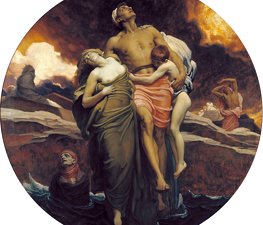 Tate is the United Kingdom's national museum of British and Modern Art, and is a network of four art galleries in England: Tate Britain (opened in 1897 and renamed in 2000), Tate Liverpool (1988), Tate St Ives (1993) and Tate Modern (2000), with a complementary website, Tate Online (1998). It is a non-departmental public body.

, used in several similar versions and colours.]] Tate is used as the operating name for the corporate body which was established by the Museums and Galleries Act 1992 as The Board of Trustees of the Tate Gallery.

The gallery was founded in 1897 as the National Gallery of British Art. When its role was changed to include Modern Art it was renamed the Tate Gallery after Henry Tate, who had laid the foundations for the collection. The Tate Gallery was housed in a building at Millbank, London. In 2000, the Tate Gallery split its collection into four museums: Tate Britain (housed in the original building) displays the collection of British art from 1500 to the present day; Tate Modern which is also in London, houses the Tate's collection of British and International Modern and Contemporary Art from 1900 to the present day. Tate Liverpool, in Liverpool has the same purpose as Tate Modern but on a smaller scale, and Tate St Ives displays Modern and Contemporary Art by artists who have connections with the area. All four museums share the Tate Collection. One of the Tate's most publicised art events is the annual Turner Prize, which takes place at Tate Britain.

In 1915, Hugh Lane bequeathed his collection of European Modern Art to Dublin, but controversially this went to the Tate, which expanded its collection to include foreign art and continued to acquire contemporary art. In 1926 and 1937 the art dealer and patron Joseph Duveen paid for two major expansions of the gallery building. His father had earlier paid for an extension to house the major part of the Turner Bequest, which in 1987 was transferred to a wing paid for by Sir Charles Clore. Henry Courtauld also endowed Tate with a purchase fund. By the mid 20th century it was fulfilling a dual function of showing the history of British art as well as international Modern art. In 1954 the Tate Gallery was finally separated from the National Gallery.

opened in 1988]] During the 1950s and 1960s, the visual arts department of the Arts Council of Great Britain funded and organised temporary exhibitions at the Tate Gallery including in 1966 a retrospective of Marcel Duchamp. Later the Tate began organising its own temporary exhibition programme. In 1979 with funding from a Japanese bank a large modern extension was opened that would also house larger income generating exhibitions. In 1987 the Clore Wing opened to house the major part of the Turner bequest and also provided a 200 seat auditorium. (The 'Centenary Development' in 2001 provided improved access and public amenities.)

(on right), opened 1993, overlooks Porthmeor Beach]] In 1988 an outpost in the North West England opened as Tate Liverpool. This shows various works from the London Tates as well as mounting its own temporary displays. In 2007 Tate Liverpool hosted the Turner Prize, the first time this has been held outside London. This is an overture to Liverpool's being the European Capital of Culture 2008.

In 1993 another offshoot opened, Tate St Ives. It exhibits work by modern British artists, particularly those of the St Ives School. Additionally the Tate also manages the Barbara Hepworth Museum and Sculpture Garden which opened in 1980.

opened in 2000]] Neither of these two new Tates had a significant effect on the functioning of the original London Tate Gallery, whose size was increasingly proving a constraint as the collection grew. It was a logical step to separate the "British" and "Modern" aspects of the collection, and they are now housed in separate buildings in London. The original gallery is now called Tate Britain and is the national gallery for British art from 1500 to the present day, as well as some modern British art. Tate Modern, in Bankside Power Station on the south side of the Thames, opened in 2000 and now exhibits the national collection of modern art from 1900 to the present day, including some modern British art. In its first year, Tate Modern was the most popular museum in the world, with 5,250,000 visitors.

Sir Nicholas Serota has been the director of the Tate since 1988.

Tate Online is the Tate's web site. Since its launch in 1998, the site has provided information on all four physical Tate galleries (Tate Britain, Tate St Ives, Tate Liverpool and Tate Modern) under the same domain. Tate Online helps visitors prepare and extend visits to the physical sites but also acts as a destination in its own right. Other resources include illustrated information on all works in Tate's Collection of British and Modern international art, structured and informal e-learning opportunities for all visitors, over 400 hours of archived webcast events, all articles from the magazine Tate Etc., and a series of bespoke net art commissions. BT has been the exclusive sponsor of Tate Online since 2001.

In addition to providing information about the galleries and organisation, Tate Online has been used as a platform for Internet art exhibits, termed Net Art, which are organised as part of Tate's Intermedia Art initiative covering new media art. So far 13 net art exhibitions have been shown since the initiative started in 2000 including Tate in Space (2002) which was nominated in the Interactive Art category for the 2003 BAFTA Interactive awards.

The Tate receives annual funding from the Department for Culture, Media & Sport. It is administered by a board of trustees, who are responsible for the running of the gallery and appoint the Director (for a period of seven years). Under the Charities Act 1993, the Tate is an exempt charity accountable directly to Government rather than the Charities Commission for financial returns etc. However, the Trustees are still expected to follow the broad responsibilities of charity trustees, and may be subject to Charity Commission oversight on these elements of their activities.

Various bodies have been set up to support the Tate including Tate Members for the general public, where a yearly fee gives rights such as free entry to charging exhibitions and members rooms. There is also Tate Patrons for a higher subscription fee and the Tate Foundation. There are a number of corporate sponsors. In addition individual shows are often sponsored.

The Outset Contemporary Art Fund was established in 2003 by Tate patrons, Yana Peel and Candida Gertler, in collaboration with the Frieze Art Fair, to buy works from the fair for the Tate.

Aaron
Often overlooked for the higher profile Tate Modern -- which is sad, because this collection and its building is tremendous. 20th century British section is an ongoing education for me.

Sasha S
Try to view the pieces in chronological order. In the end there is a room with computers showing nice video guide about the museum. It really helps to understand what you just have seen. Free wifi

Yeliz Atici
the building it self is amazing!tate britain is really great! turner hall is amazing! especially queen elizabeth 1's portrait is a must see!spend half a day at least!

Ksenia V.
Edward Burnes Jones exhibition was very good. The permanent exhibition is less robustly laid out/narrated and it’s harder to make sense of it. However, the collection is really strong.

Łukasz Tyrała
On the -1 floor there are different types of restaurants and cafes. Beautiful interior and nice exhibitions.

Lucille Fisher
It's unfortunate that Tate Britain has a been overshadowed by its younger sibling Tate Modern, but if one is into British Art history, this is the place to be!
Load more comments
foursquare.com
9.0/10
Dan S., Konstantin Raspopov and 82,054 more people have been here
I've been here
Add to wishlist

The Buxton Memorial Fountain is a memorial and drinking fountain in

Lambeth Palace is the official London residence of the Archbishop of

Add to wishlist
I've been here
Visited
The Burghers of Calais

The Collegiate Church of St Peter at Westminster, which is almost

New Scotland Yard (NSY) is the headquarters of the Metropolitan

Add to wishlist
I've been here
Visited
Palace of Westminster

The Palace of Westminster, also known as the Houses of Parliament or

The Garage Museum of Contemporary Art, also referred to as The GARAGE 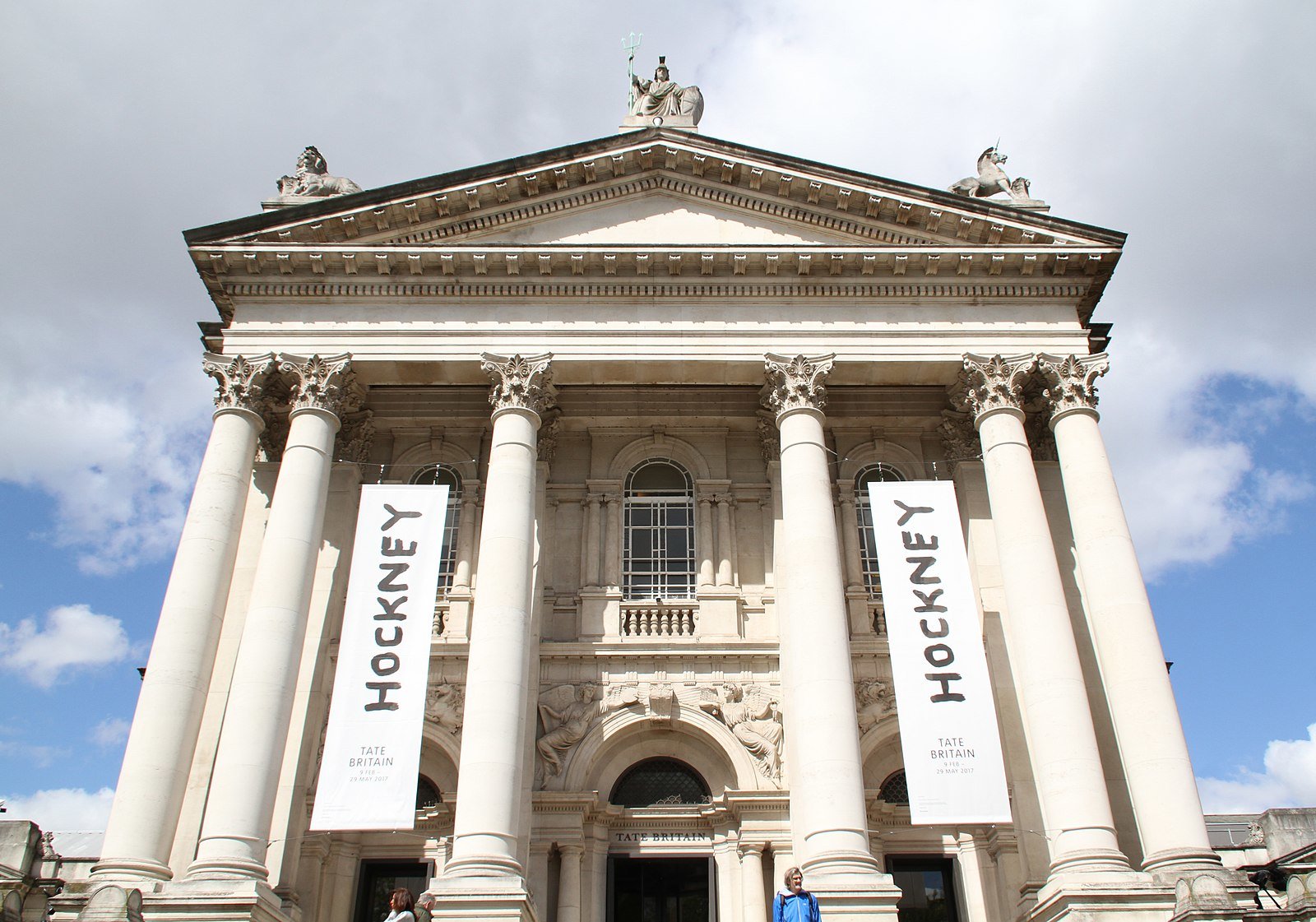 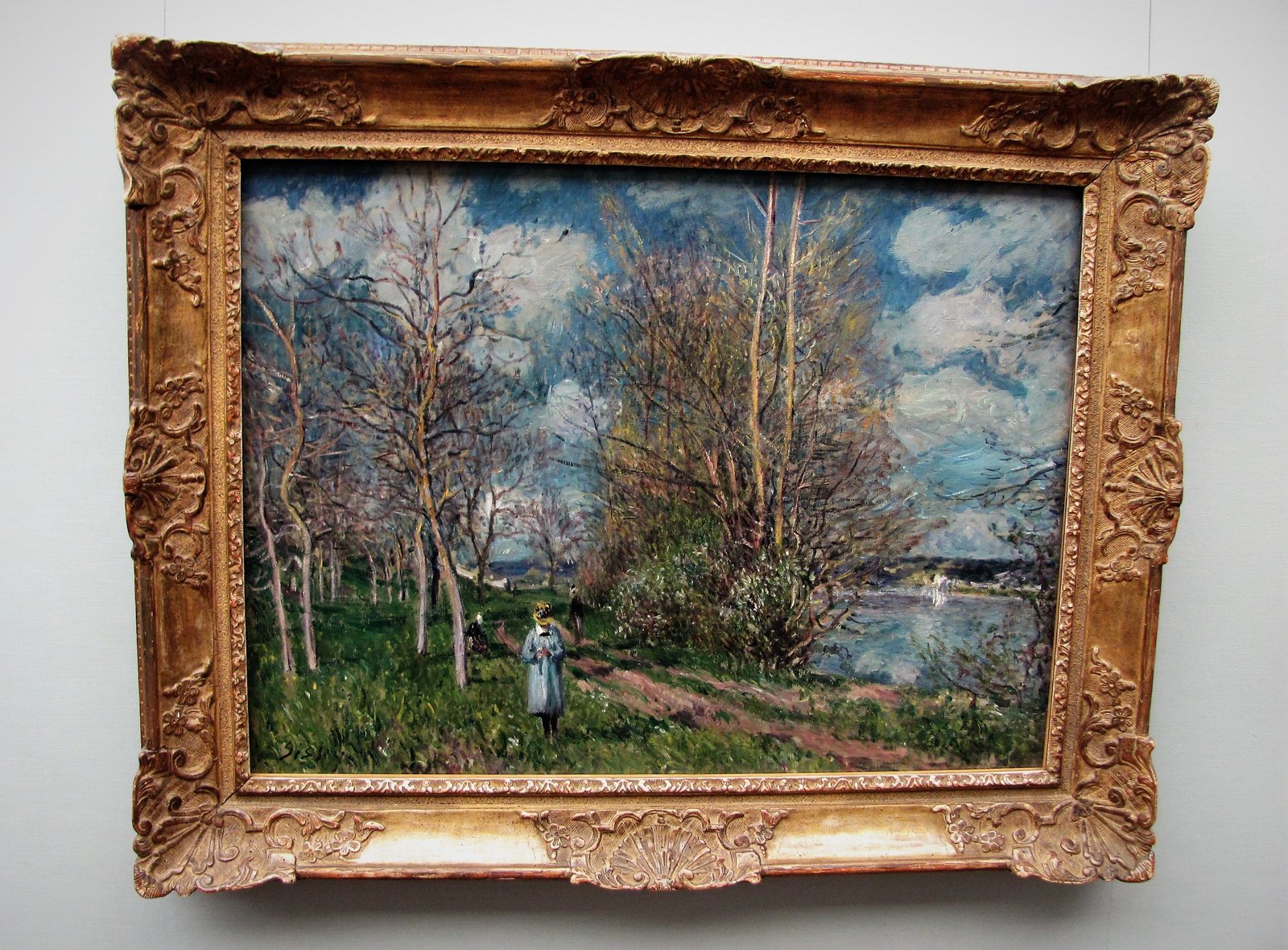 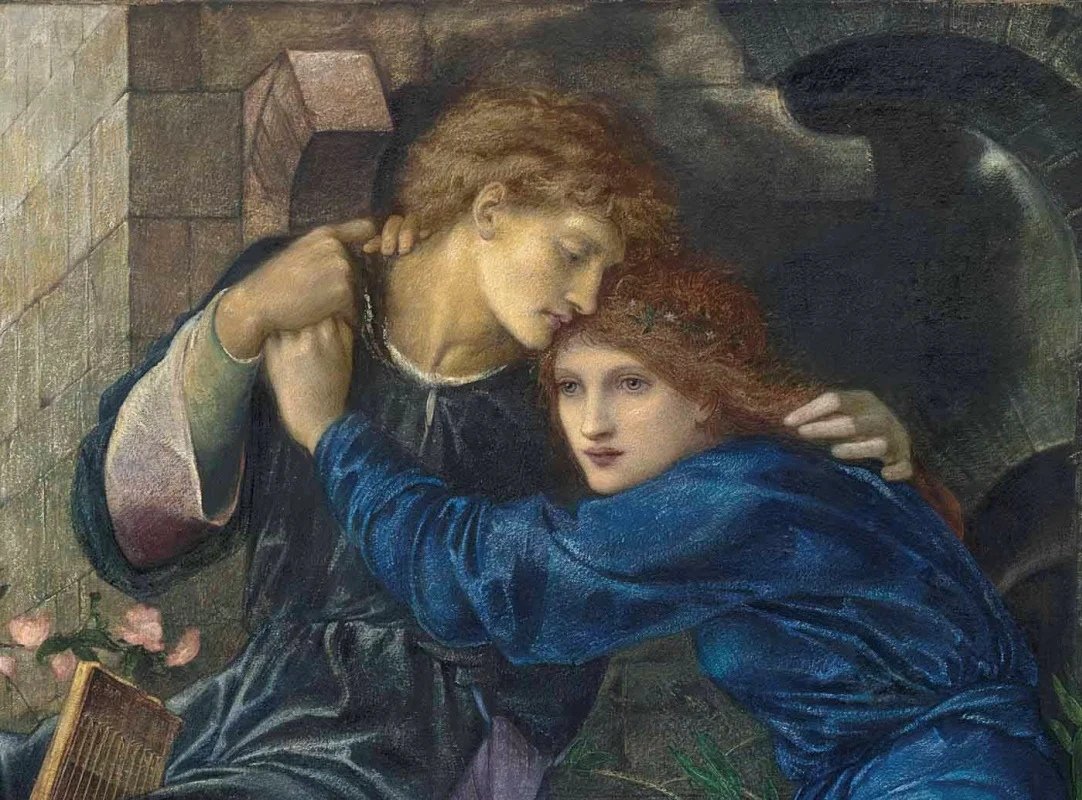 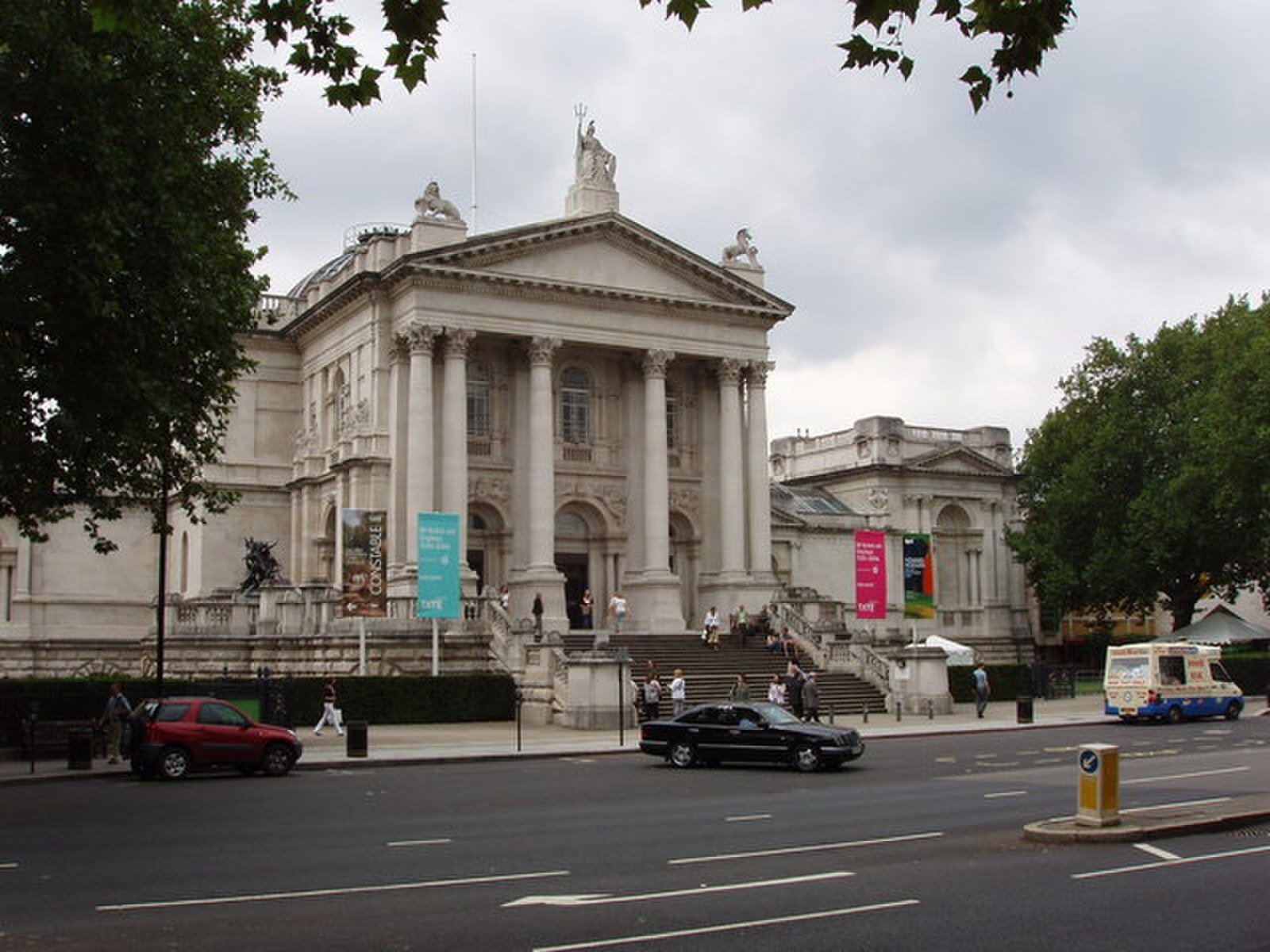 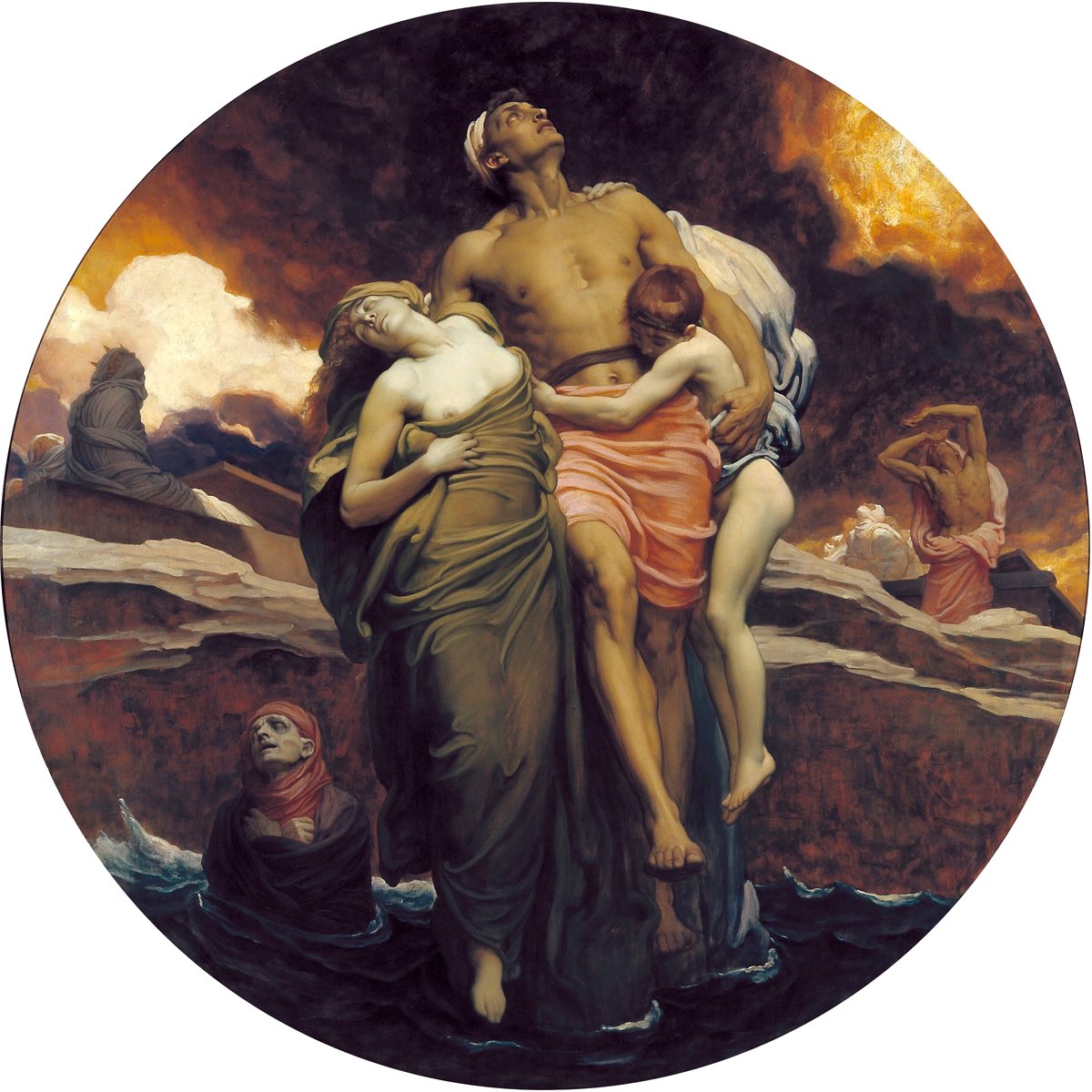 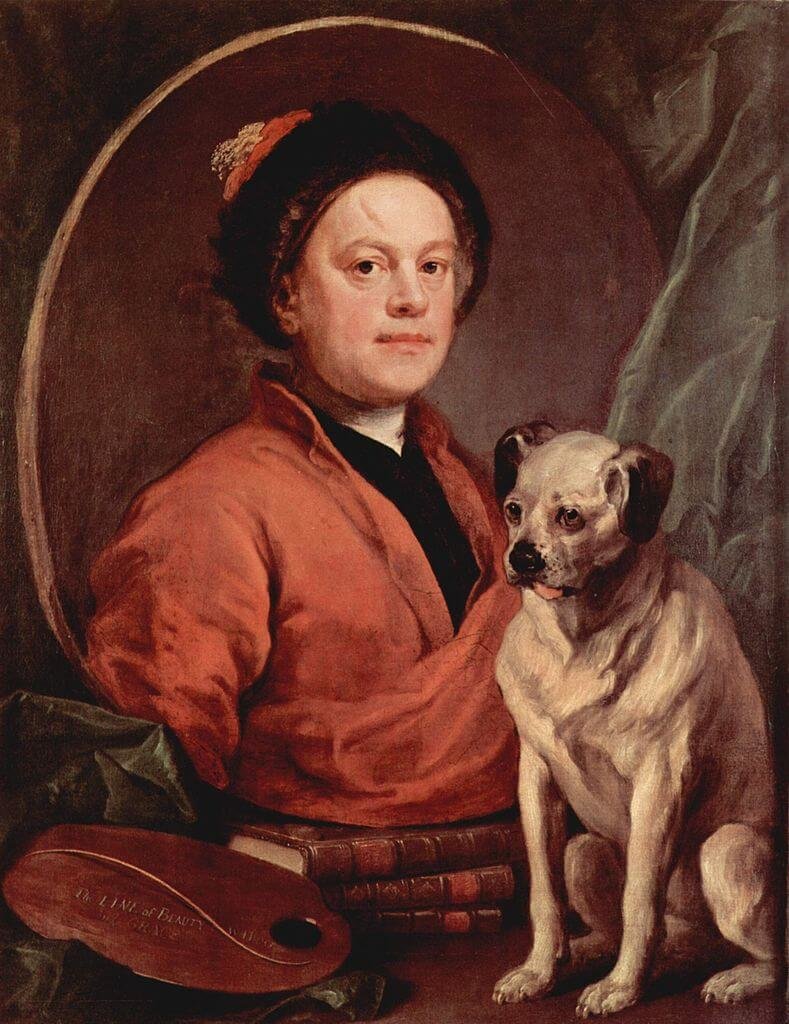 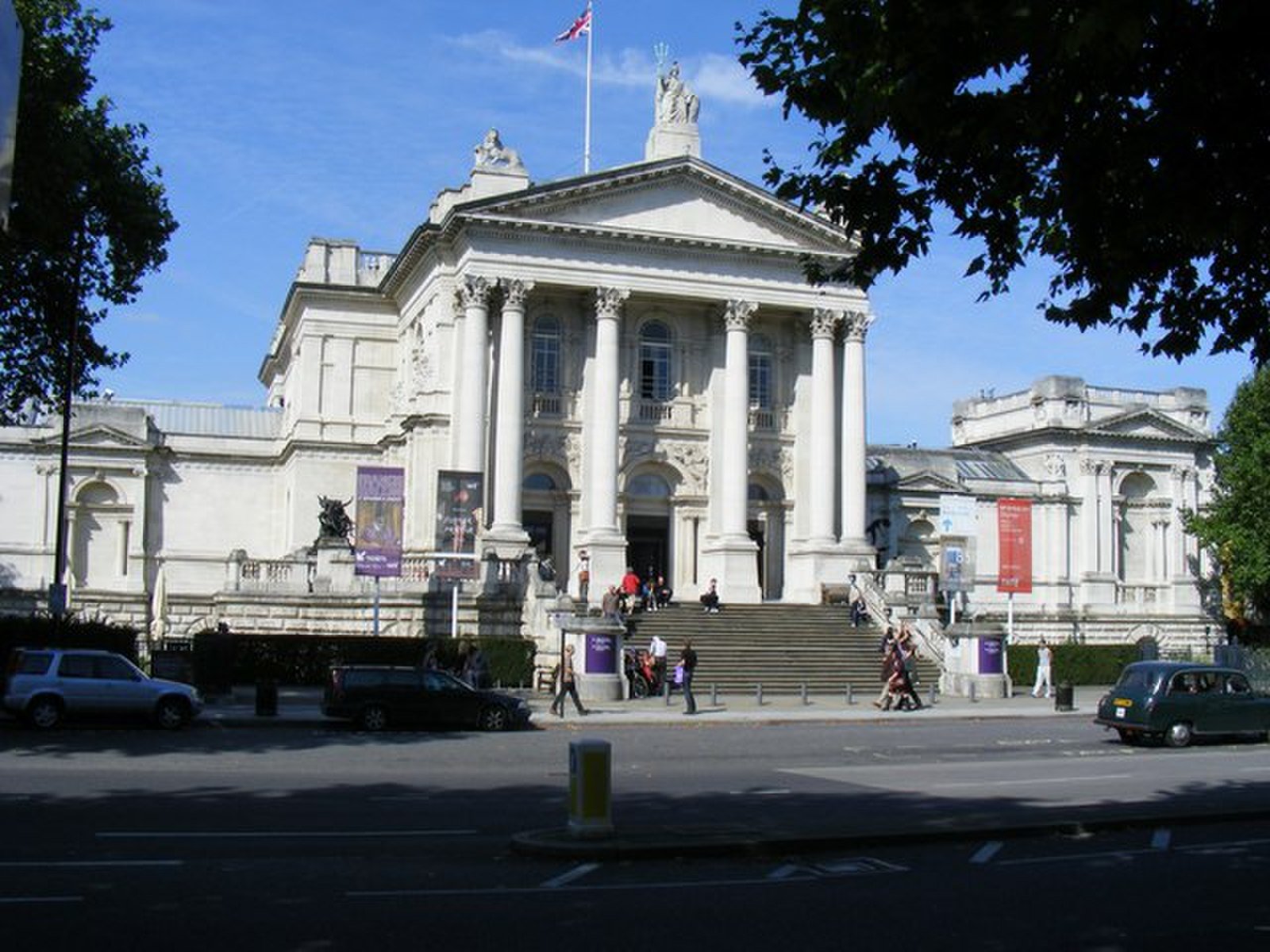 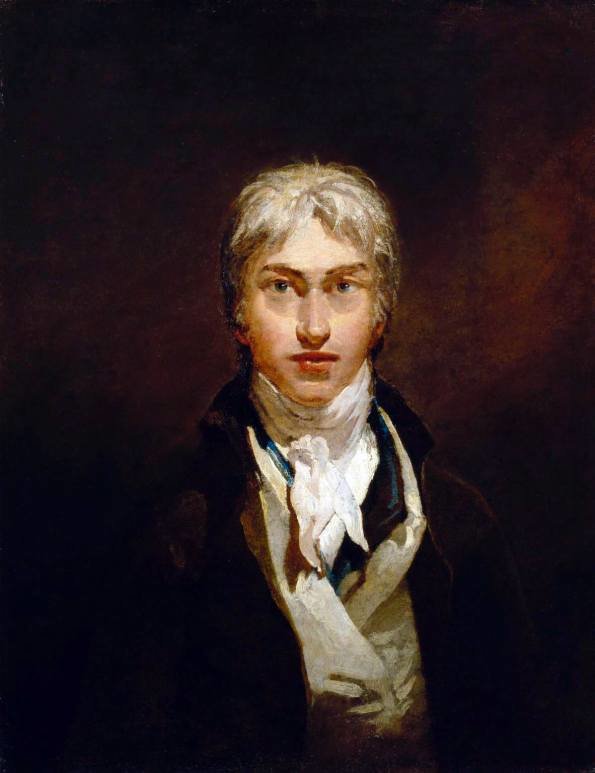 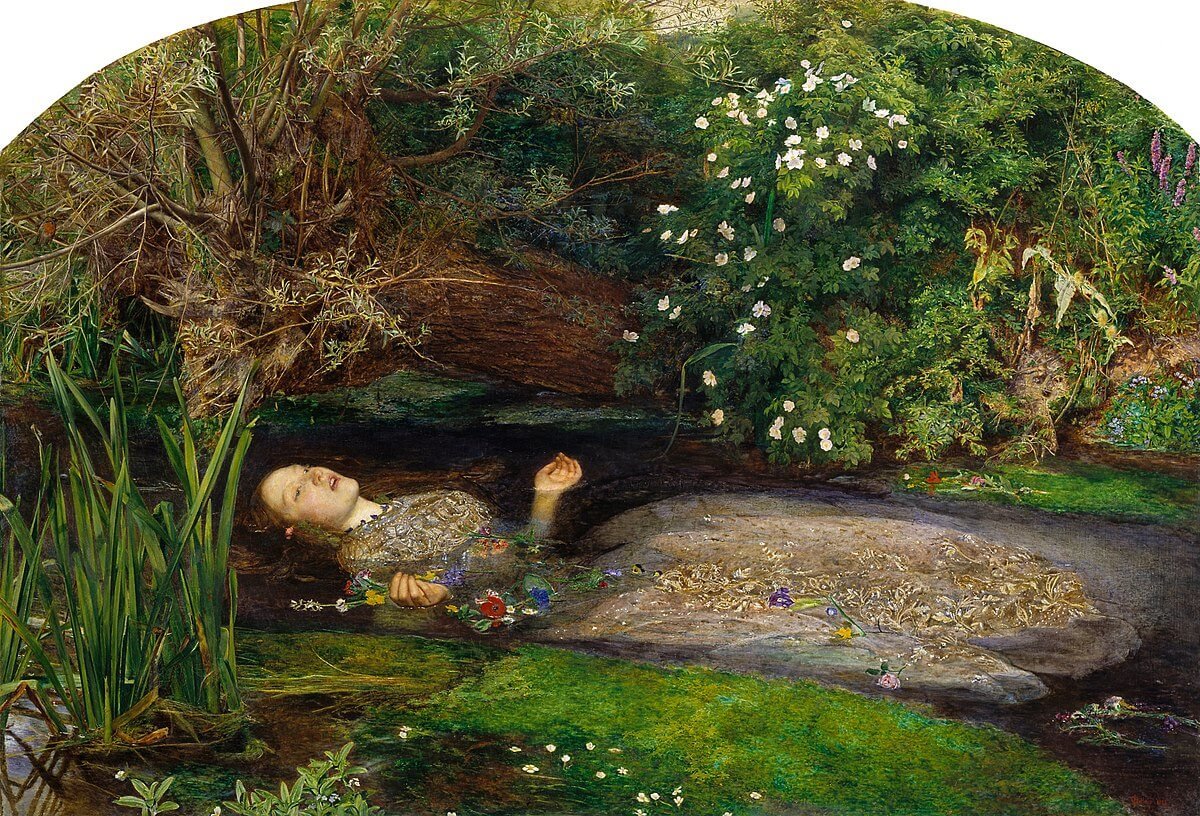 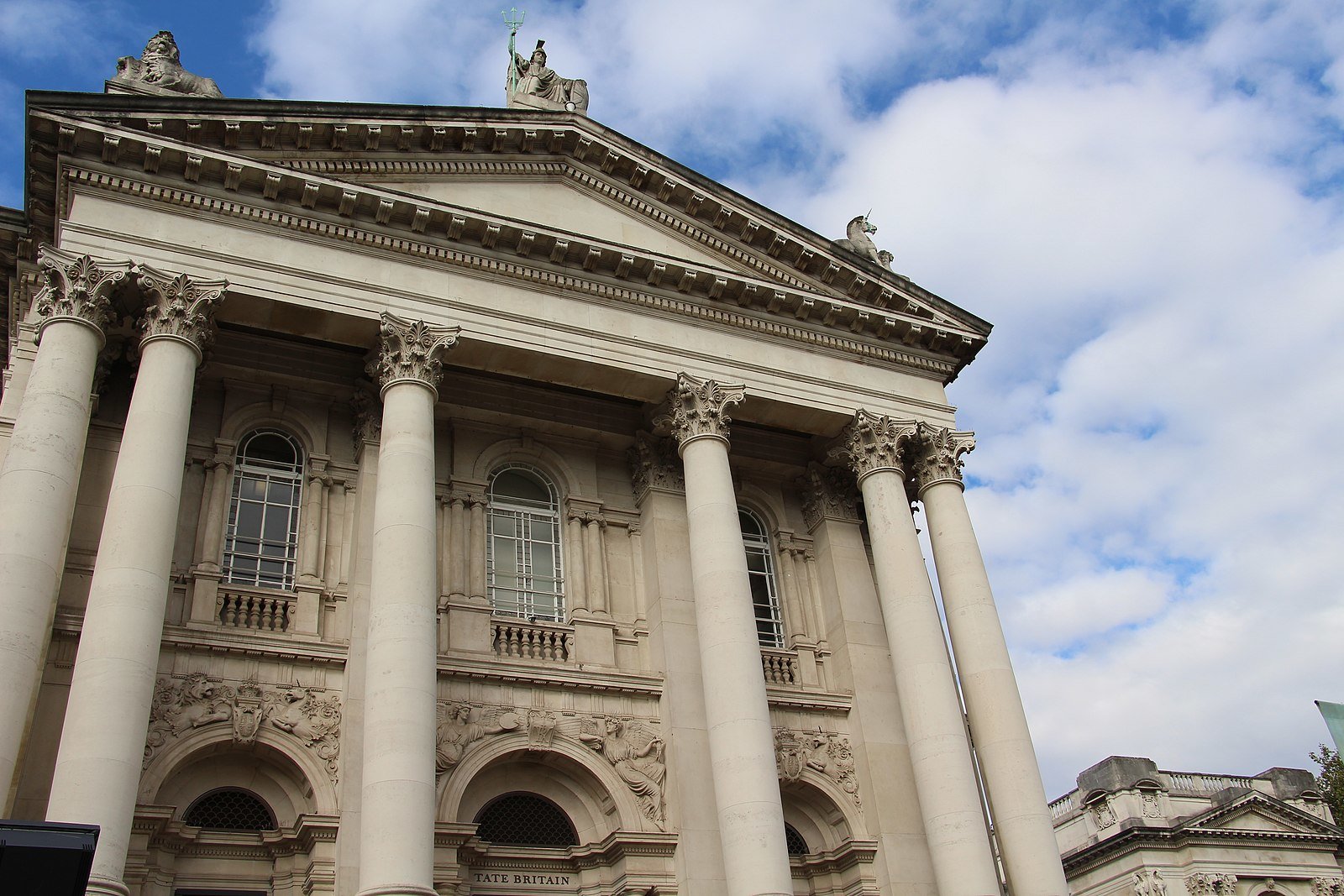 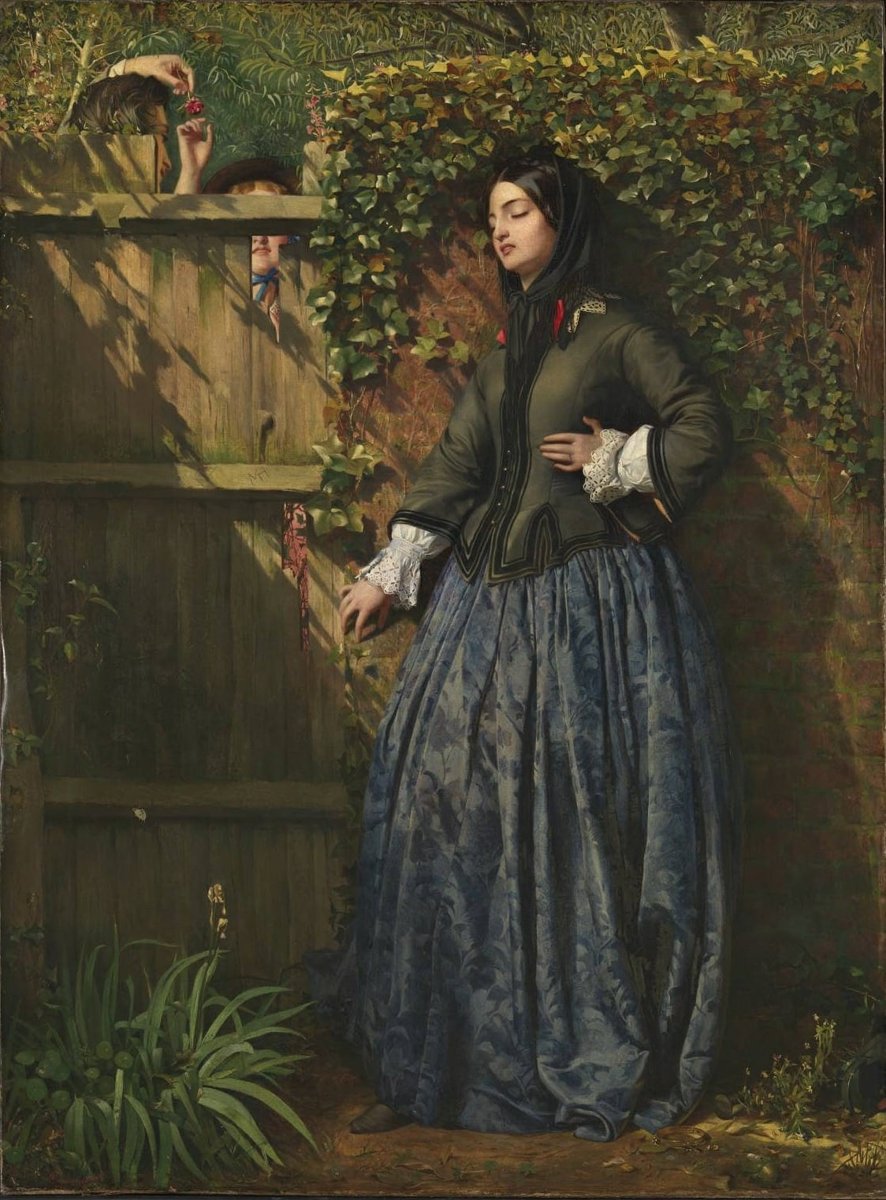 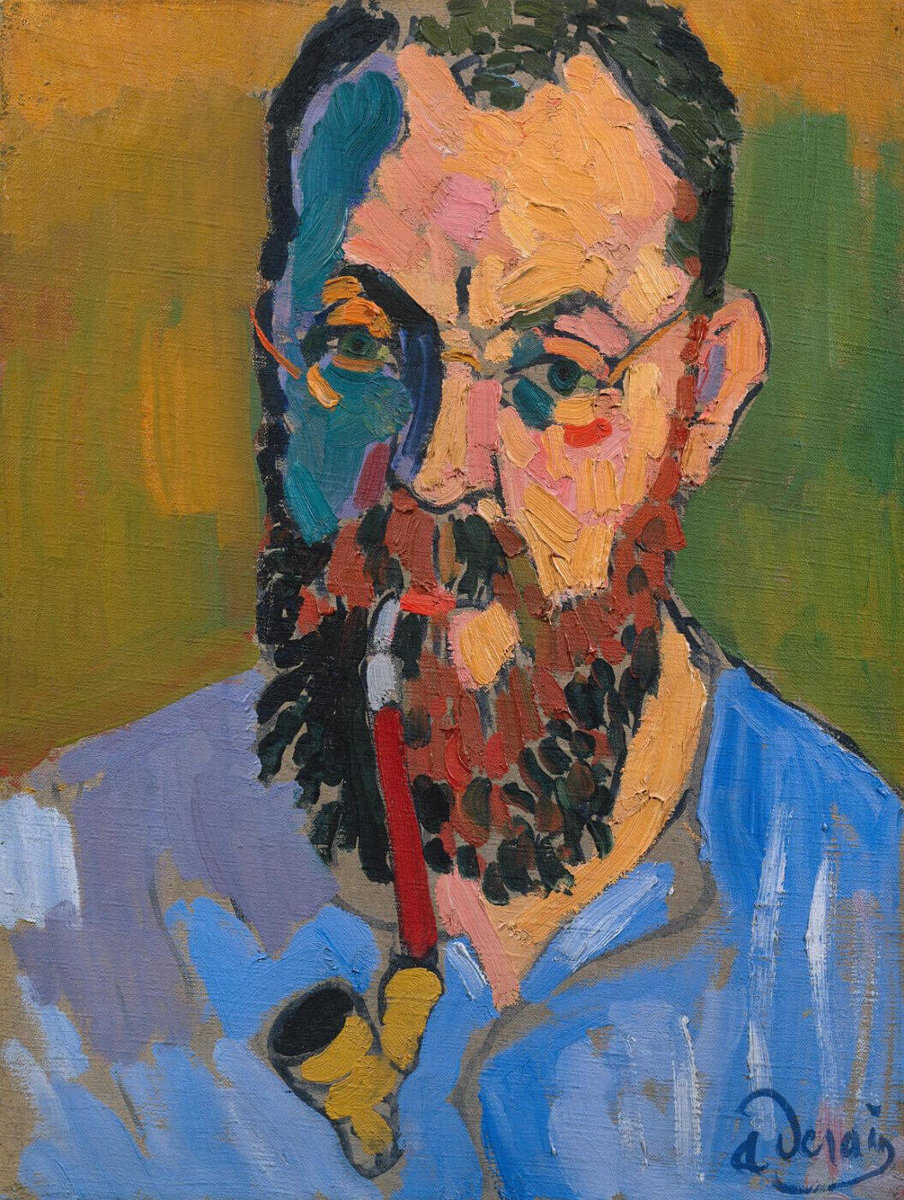 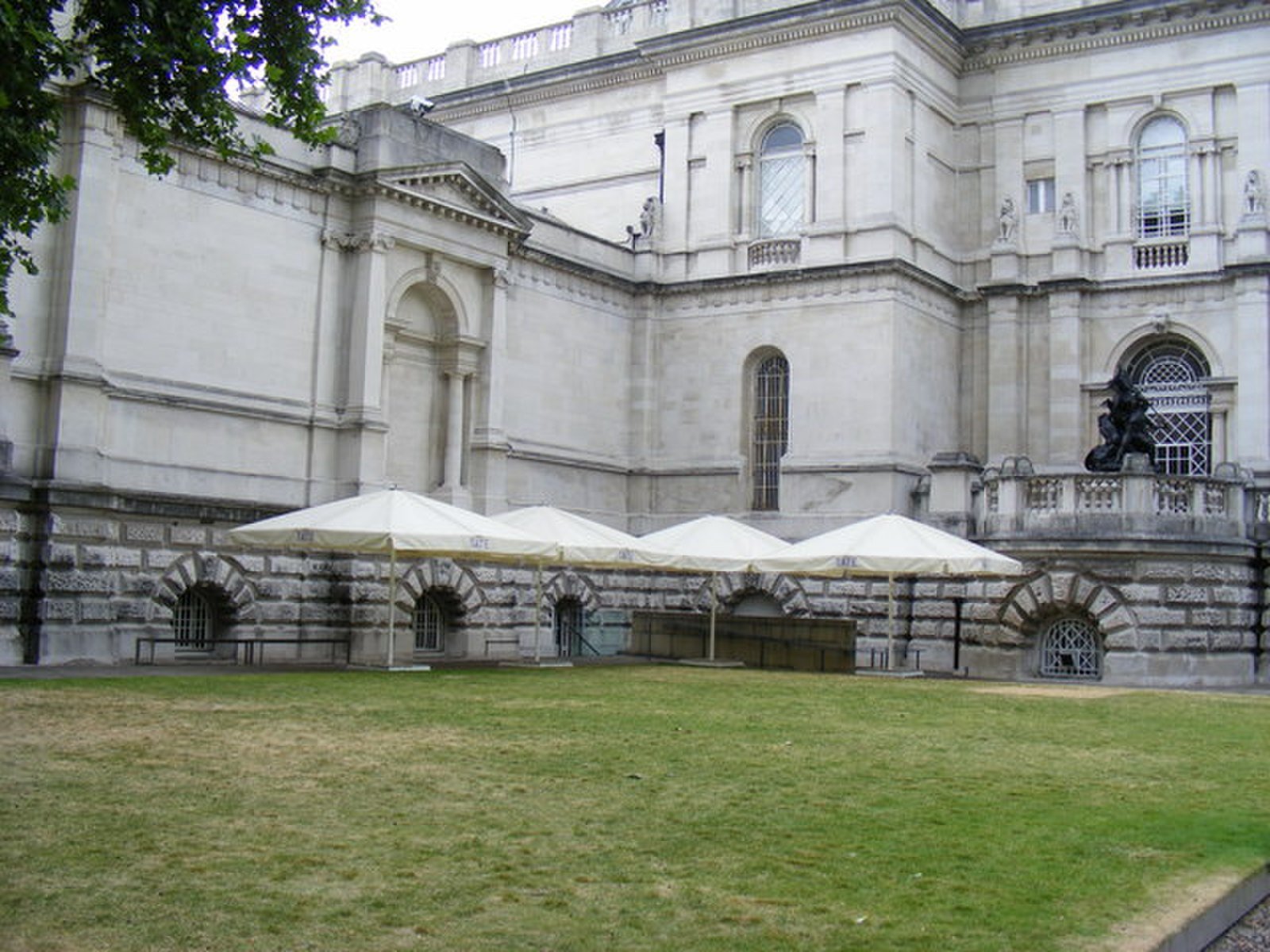 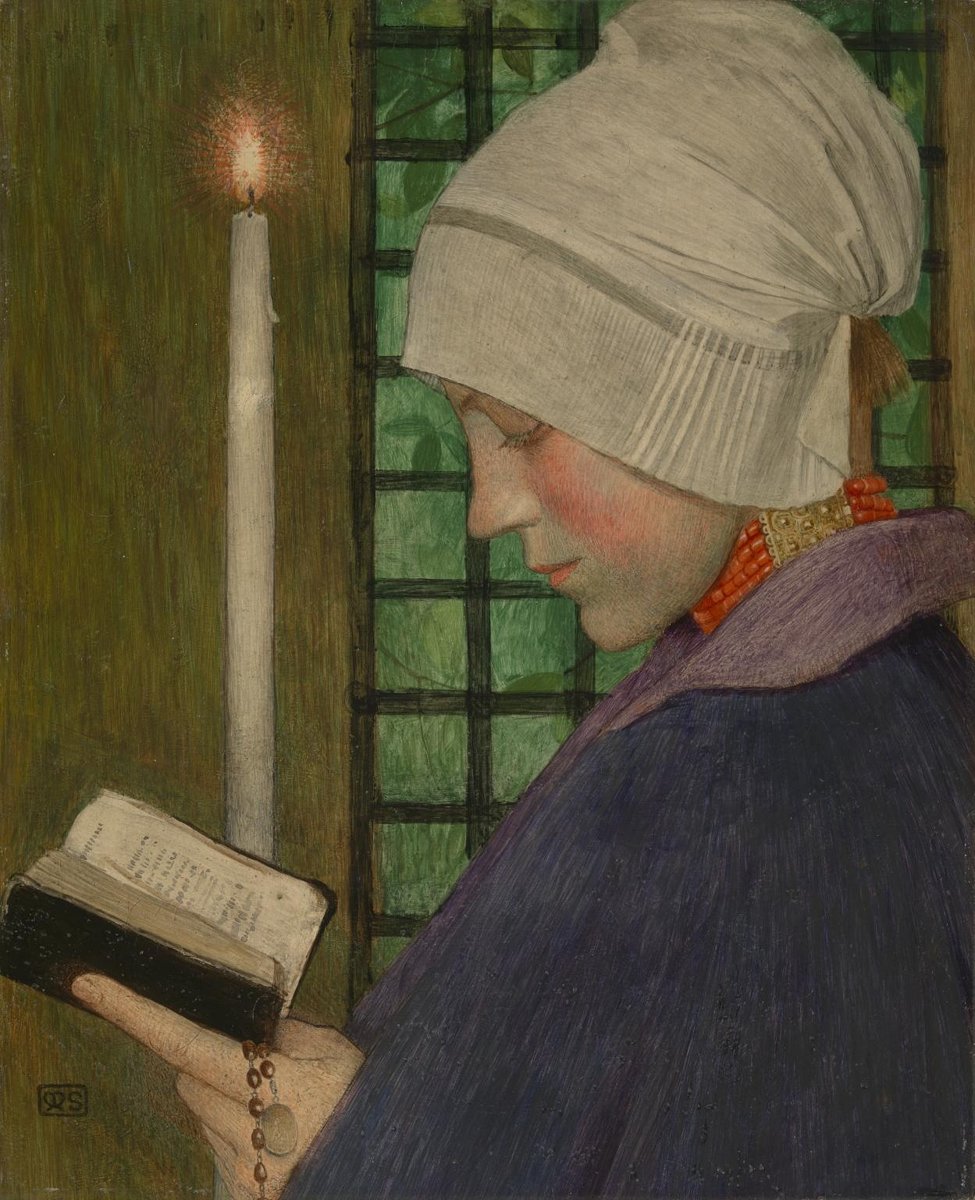 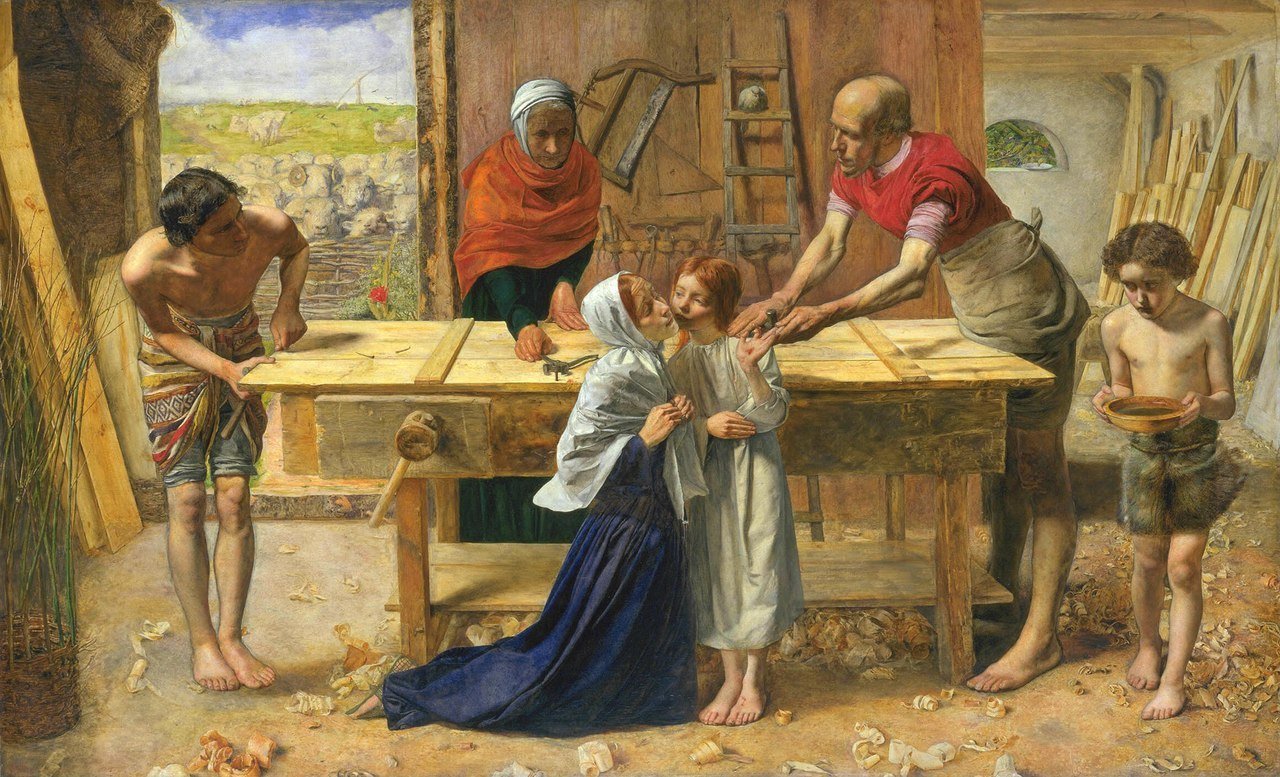 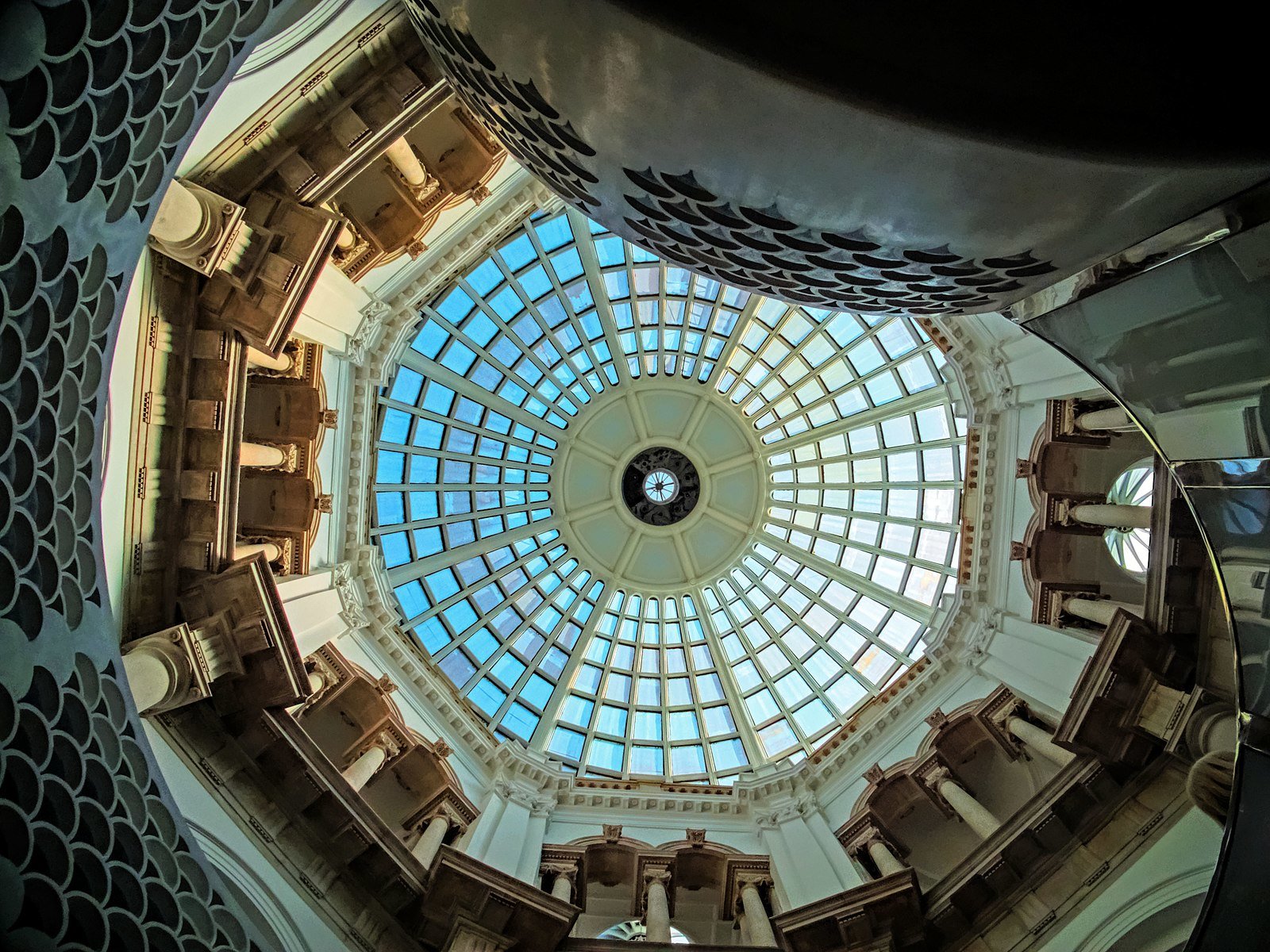 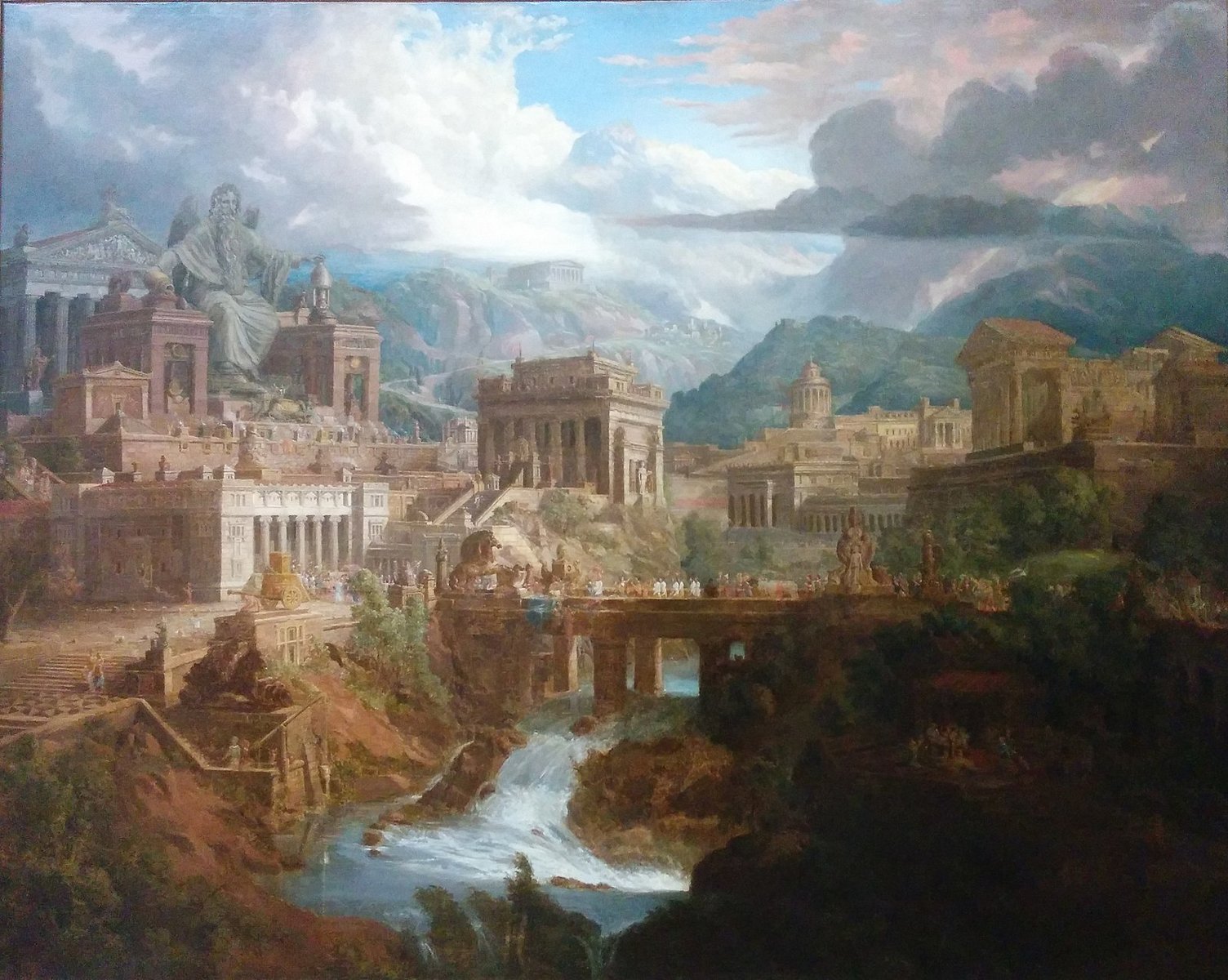 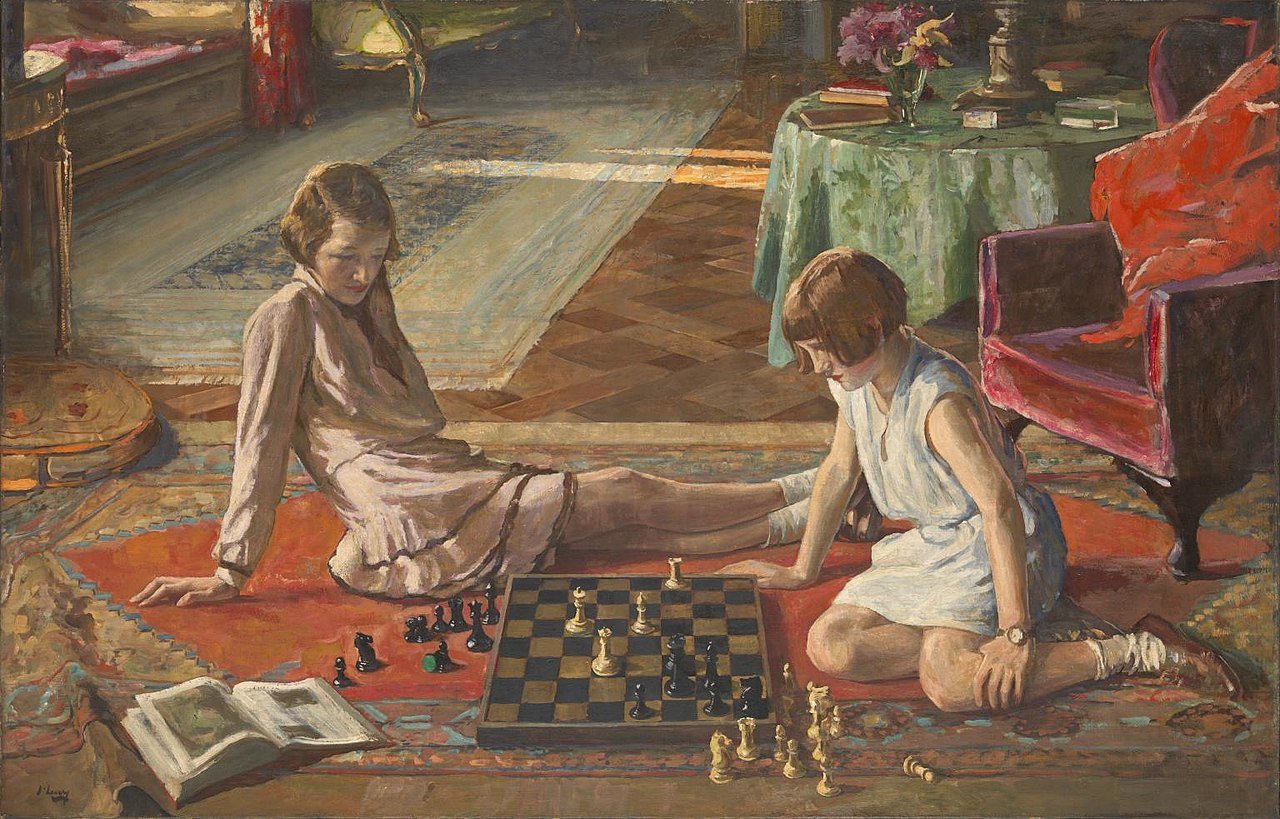 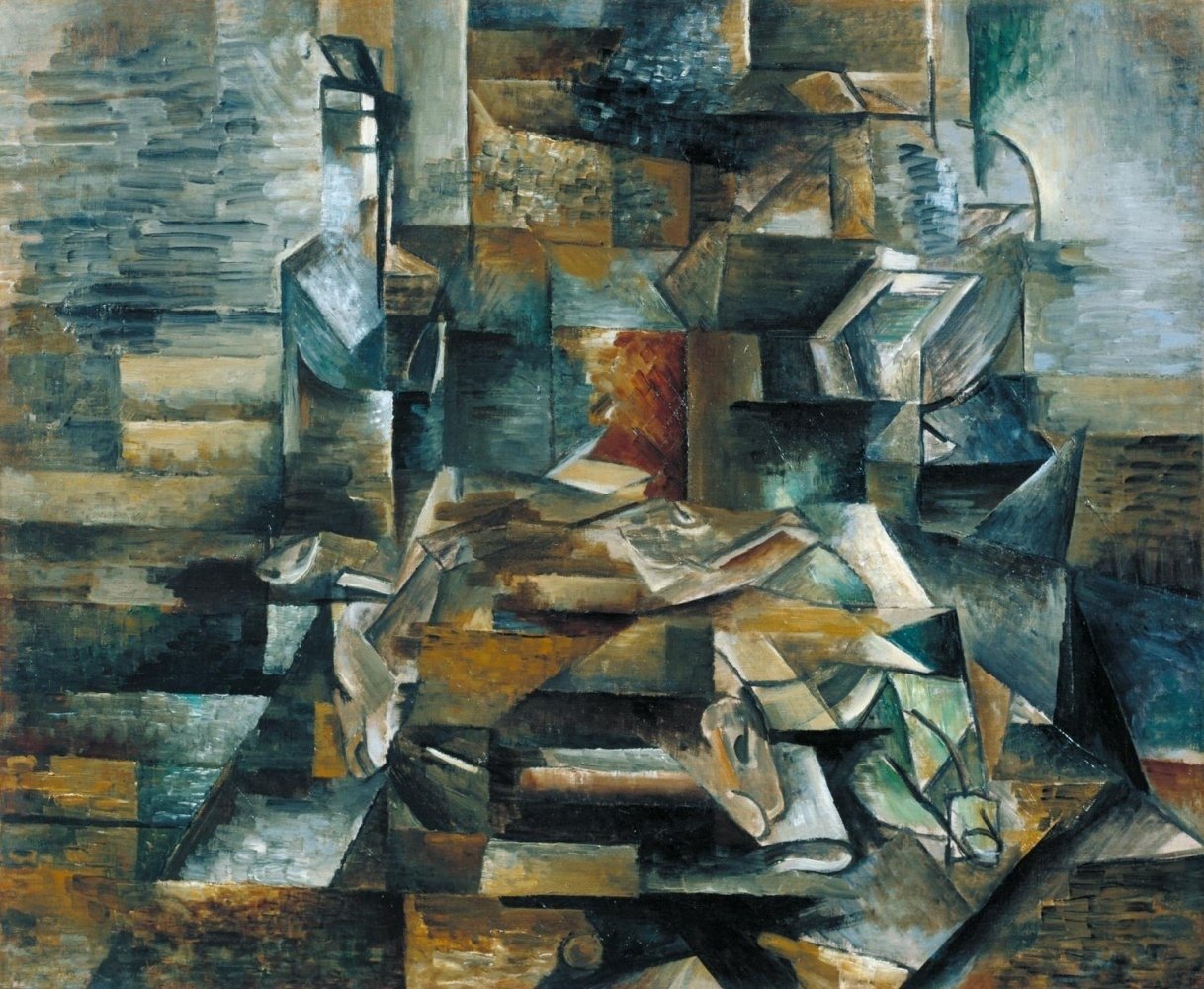 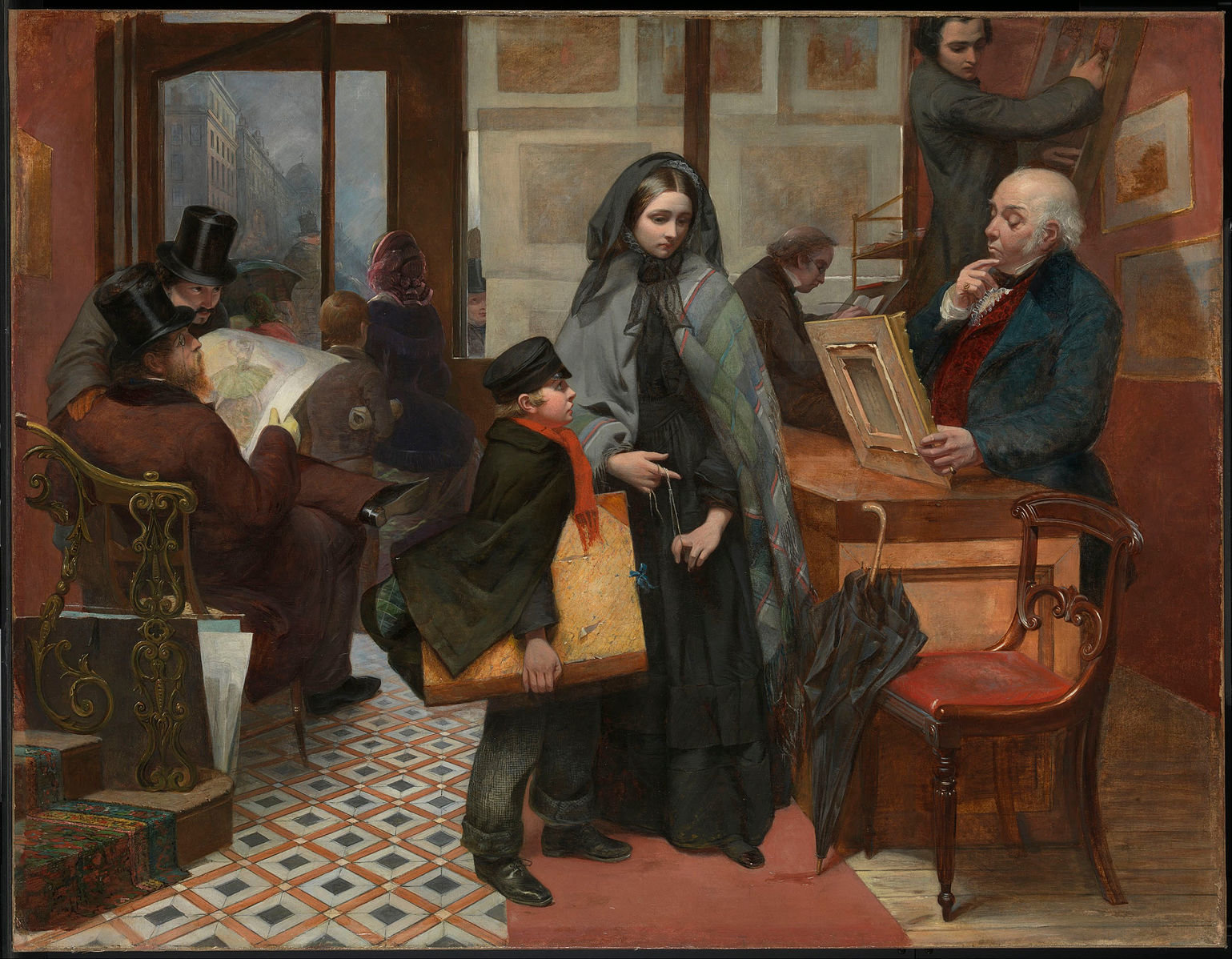 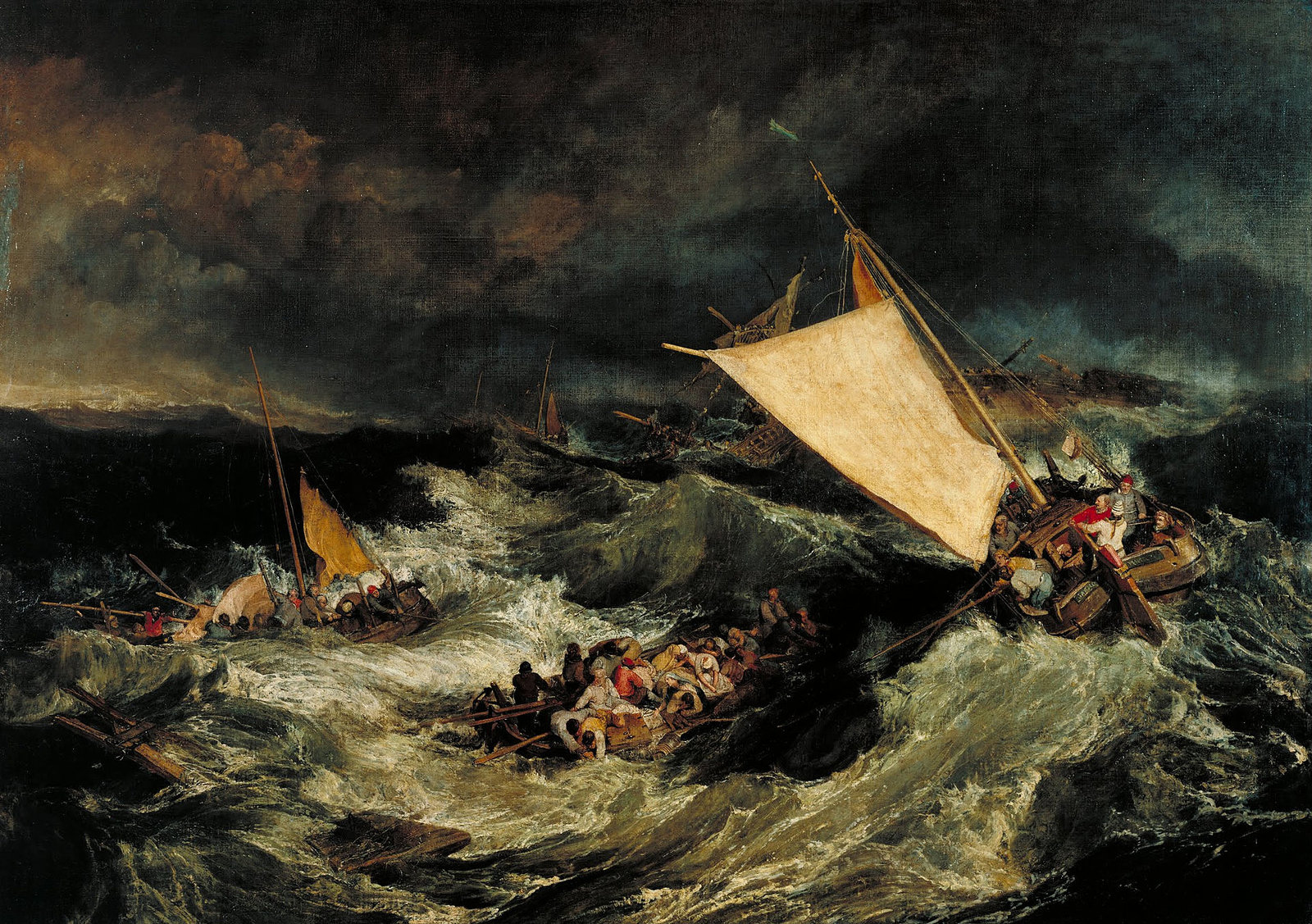