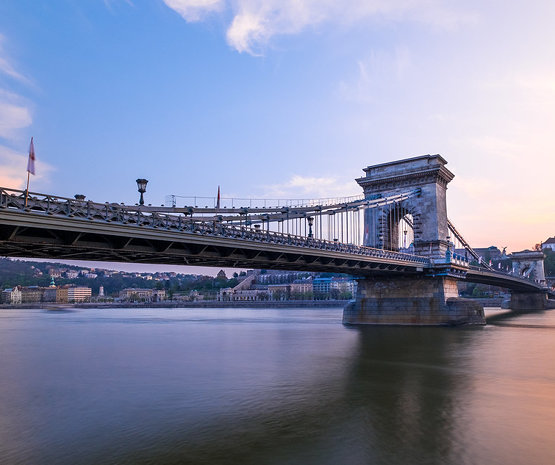 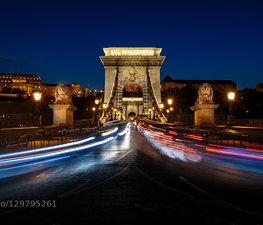 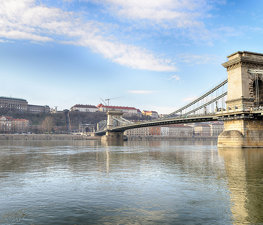 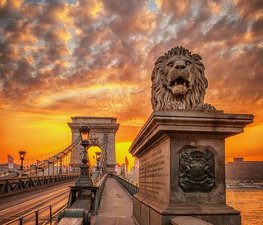 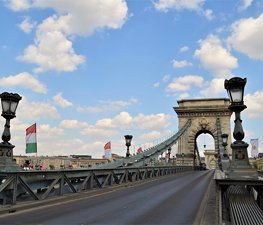 Széchenyi lánchíd or Széchenyi Chain Bridge is a suspension bridge that spans the River Danube between Buda and Pest, the western and eastern sides of Budapest, the capital of Hungary. It was the first permanent bridge across the Danube in Budapest, and was opened in 1849.

Its two ends are:

The bridge is named after István Széchenyi, a major supporter of its construction. At the time of its construction, it counted as a wonder of the world.[] It had an enormous significance in the country's economics and life. Its decorations made of cast iron, and its construction, radiating calm dignity and balance, raised it among the most beautiful industrial monuments in Europe. It became a symbol of advancement, national awakening, and the linkage between East and West.

The bridge was opened in 1849, and thus became the first permanent bridge in the Hungarian capital. At the time, its center span of 202 m was one of the largest in the world. The pairs of lions at each of the abutments were added in 1852. The bridge was given its current name in 1898.

The bridge's cast iron structure was totally updated and strengthened in 1914. In World War II, the bridge was damaged and needed to be rebuilt. The rebuilding was completed in 1949.

Among the mythical anecdotes relating to the bridge, the most popular is that the lions were sculpted without tongues and the sculptor was mocked so much that he jumped into the Danube in shame. The lions do have tongues (although they are not visible from below, which is the usual point of view, as the lions are lying on a stone block some three meters high). The sculptor lived into the 1890s, and the only message he sent to mocking people was "Your wife should have a tongue just as my lions have, and woe will be unto you!" He jumped into the Danube when a little boy asked him about it. []

In 2001, Hungarian stunt pilot Péter Besenyei flew upside down under the bridge, a maneuver that became a standard in Red Bull air races today.

The bridge is featured in the 2002 movie I Spy.

The Ritz-Carlton
The Chain Bridge was the first permanent stone-bridge connecting Pest and Buda. It is known as one of the most symbolic landmarks of Budapest offering beautiful views of both sides of the city.

Amit Gaharwar
Connects the centre of Pest to centre of Buda. On the Buda side, walks go up to castle and fisherman's bastion. The vistas of Danube from here especially during night are spectacular.

We Love Budapest
Day or night, the Chain Bridge is one of Hungary's most recognizable landmarks. Four stone-carved lions guard both Chain Bridge entrances.

Nm
One of the most famous landmarks in Budapest .. Stunning view of the Danube River at sunset & Fascinating view with the lights of the city at night !! A MUST TO VISIT ..

Siobhán
Easy to walk across (we did it in January) which gives great views of Buda, Pest, and everything in between.

Bébhinn Farrell
I had Spotify on my phone so listened to the Blue Danube while crossing the bridge and it felt pretty magical. Cheesy, but magical. Cheese is magic!
Load more comments
foursquare.com
9.0/10
Maria Kalinina, Nikolay Kalinin and 166,227 more people have been here
I've been here
Add to wishlist

Café Gerbeaud, situated at Vörösmarty tér 7 in Budapest, the cap

Vigadó (usually translated as 'Place for Merriment') is located on 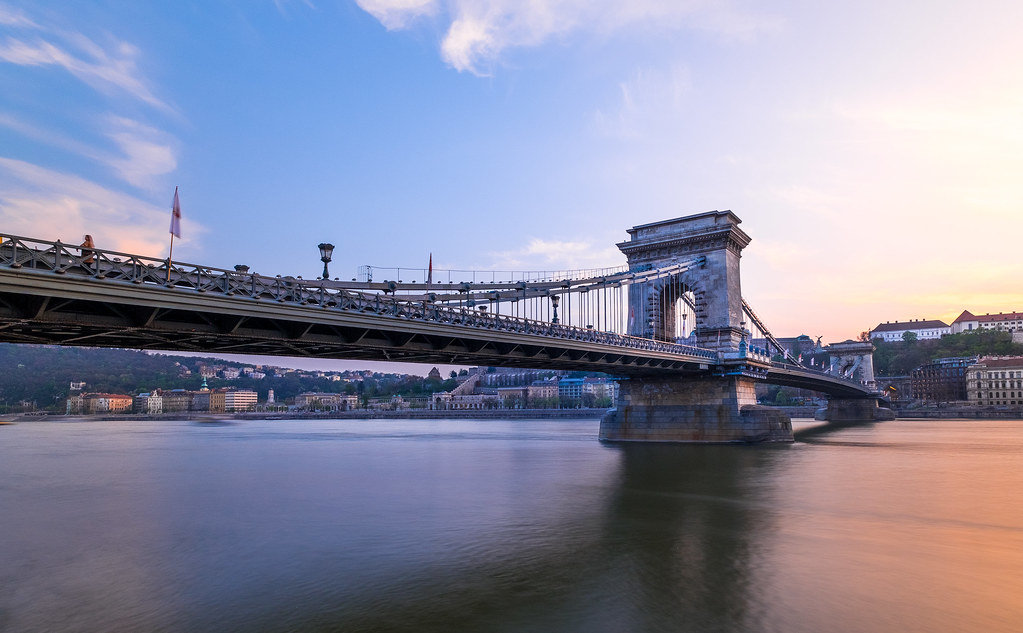 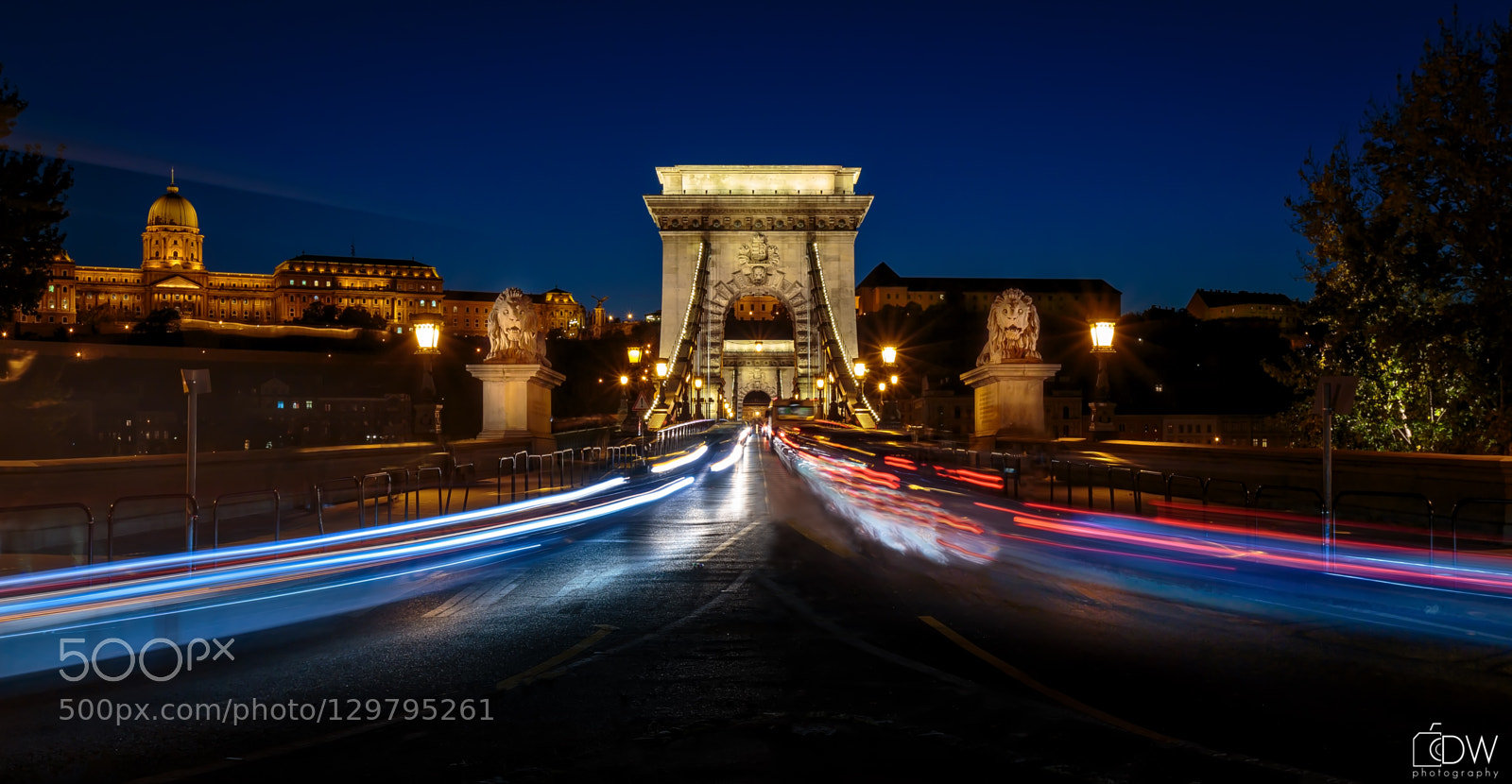 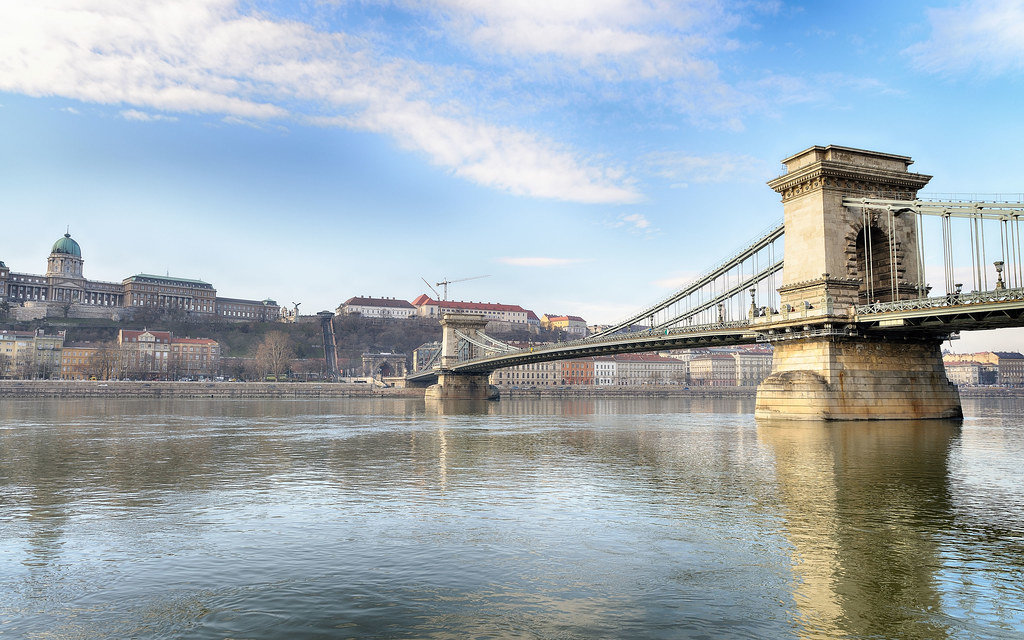 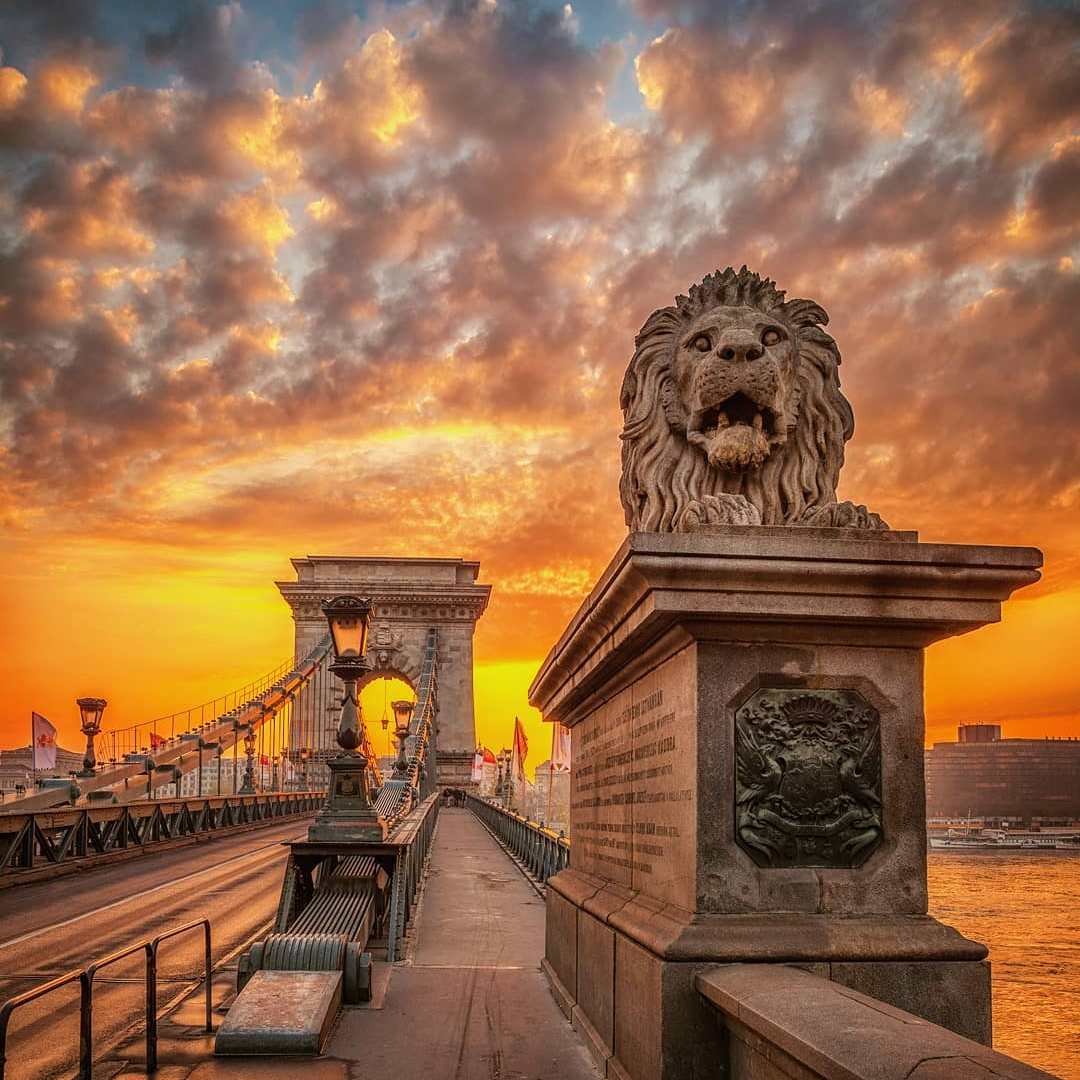 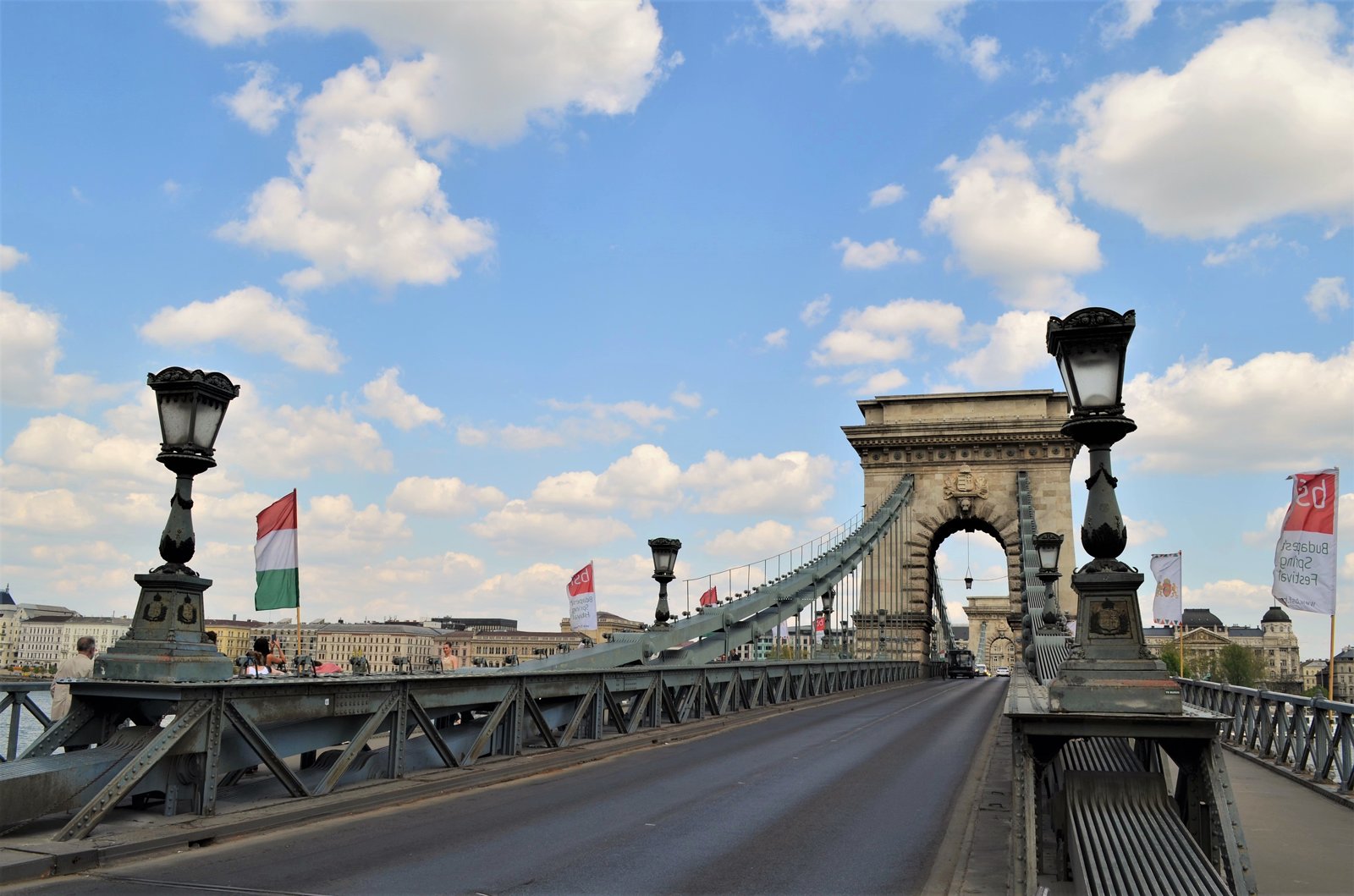 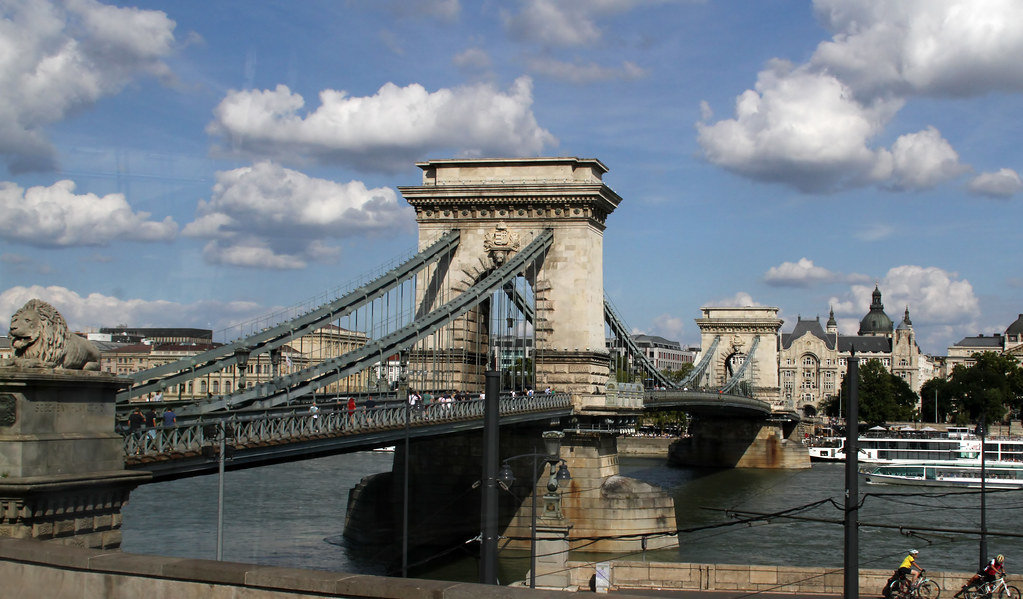 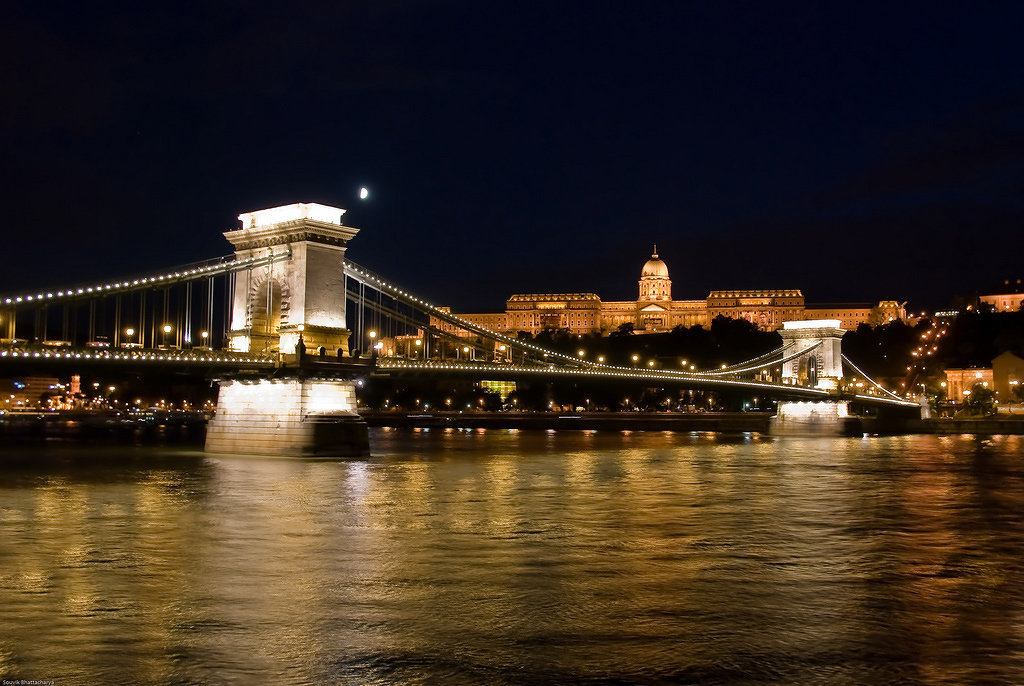 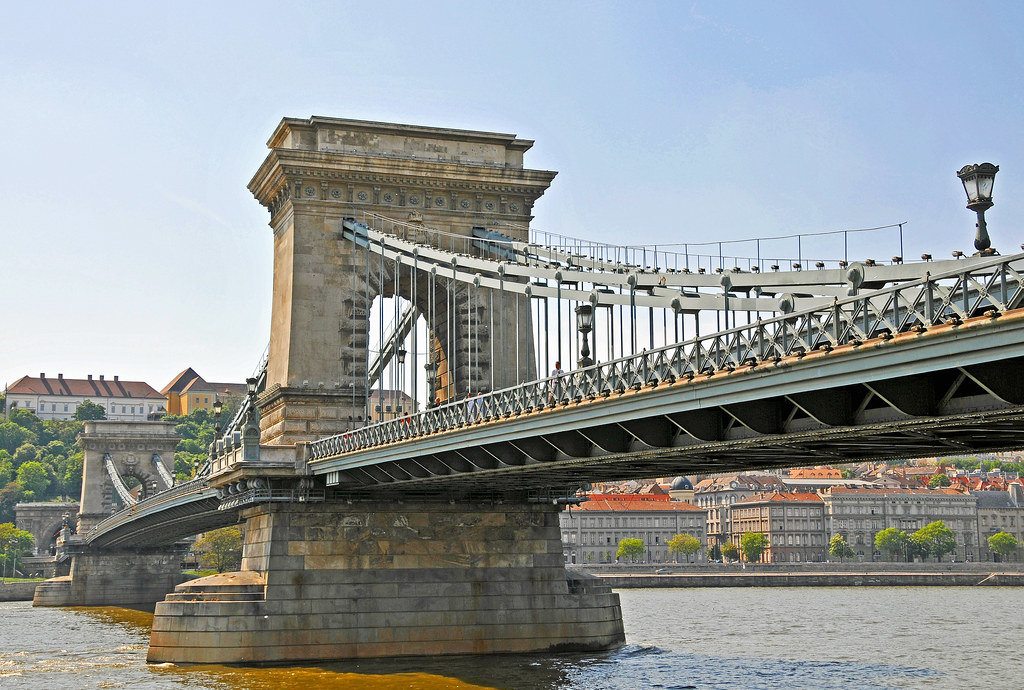 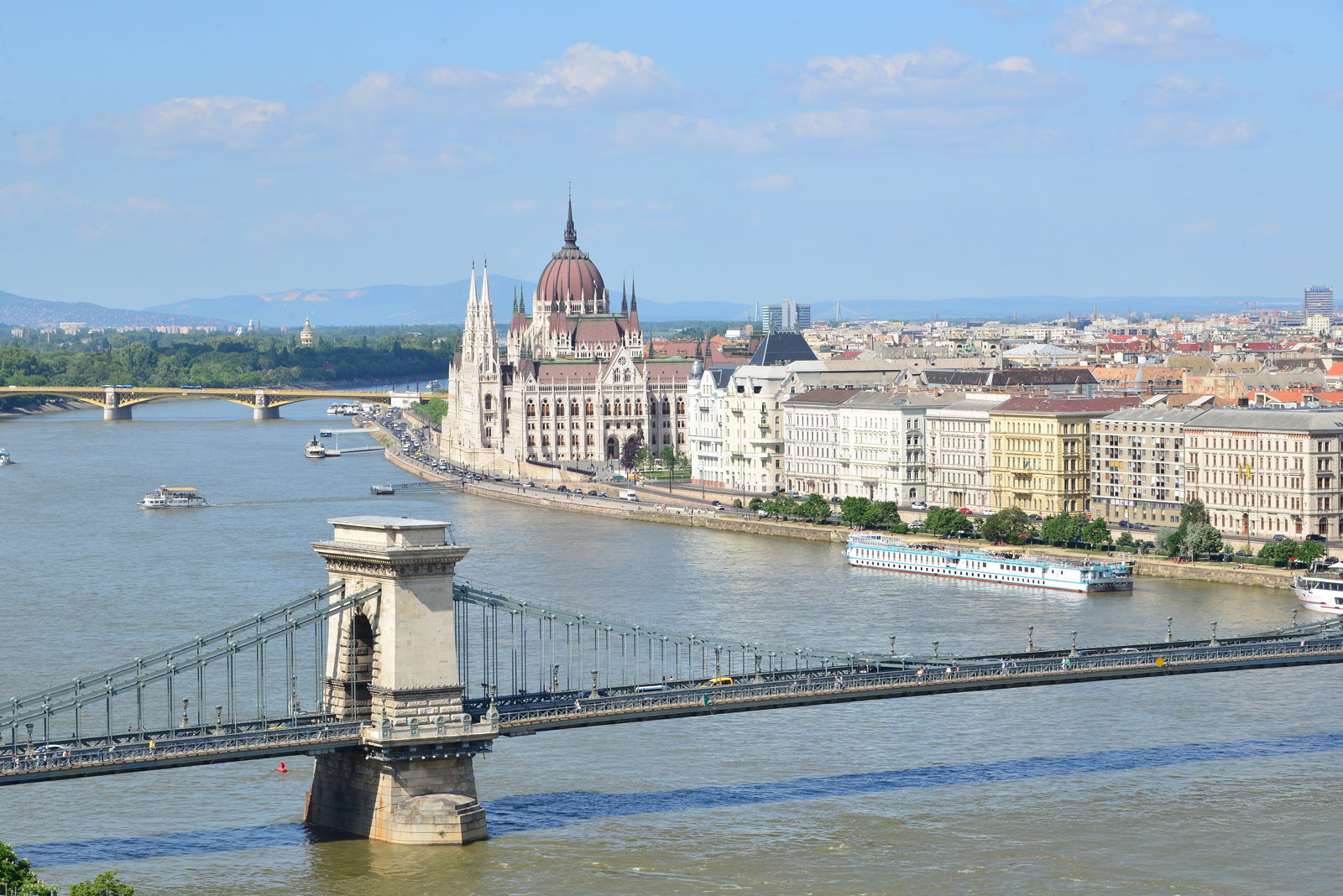 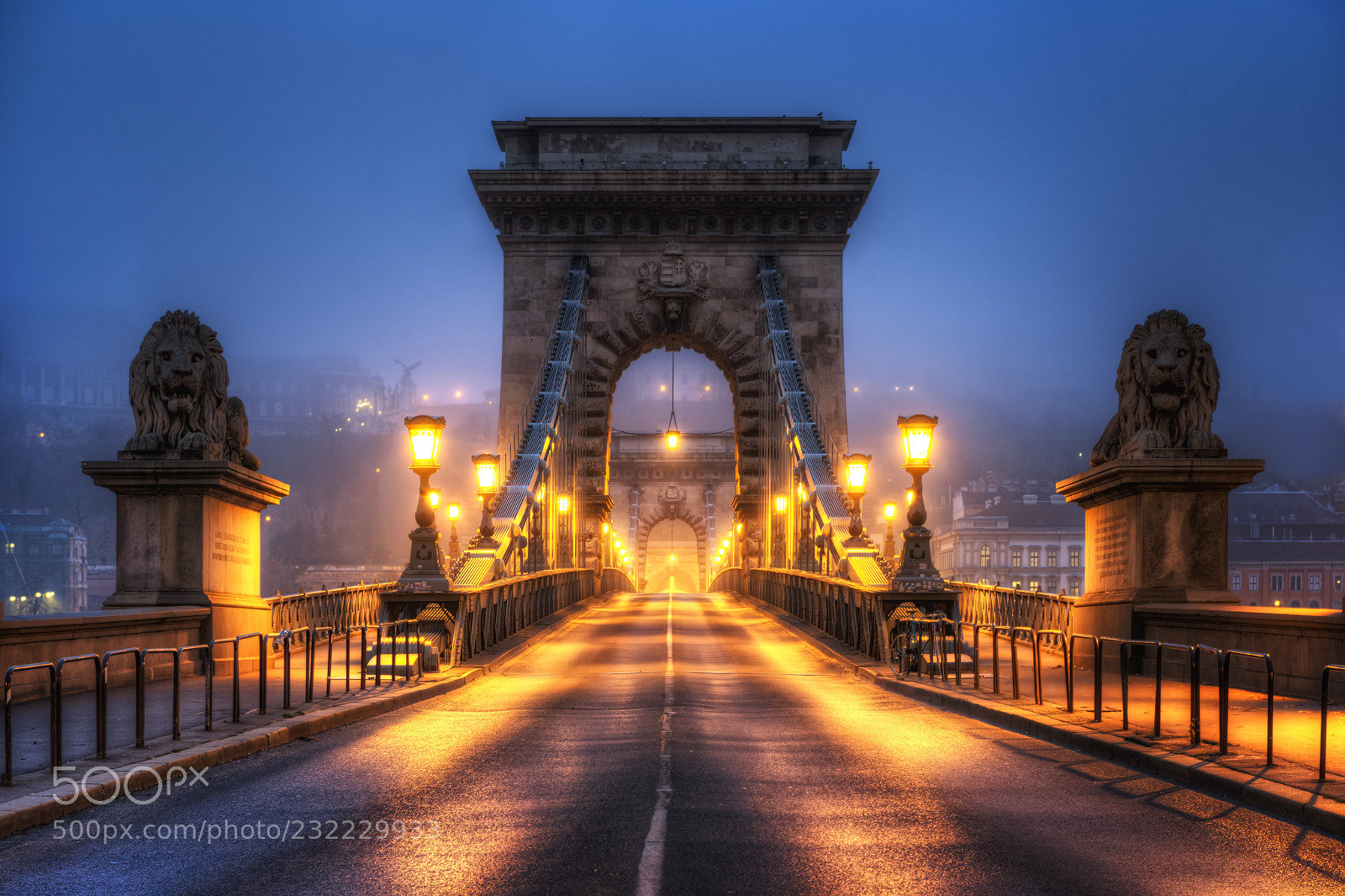 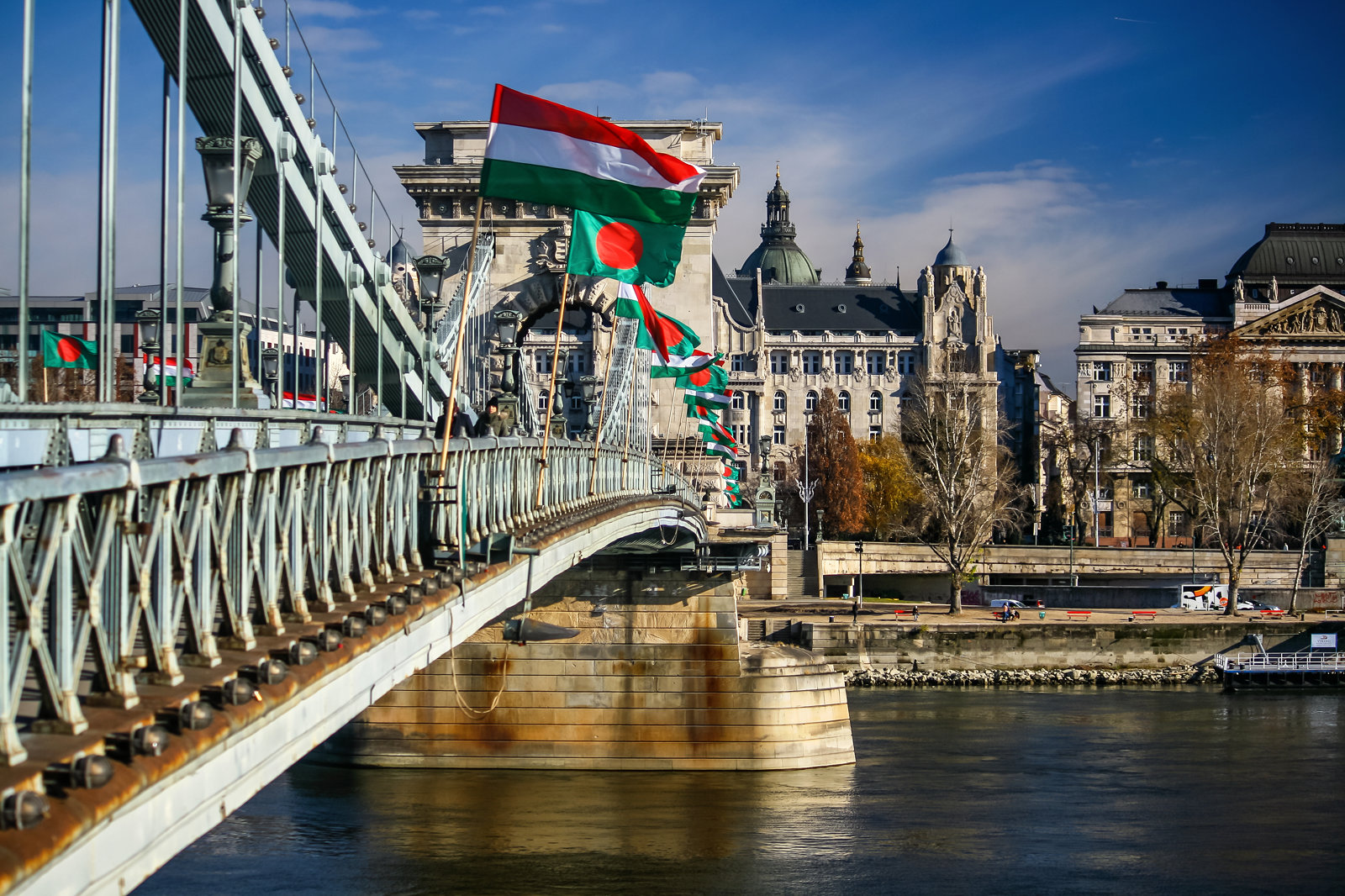 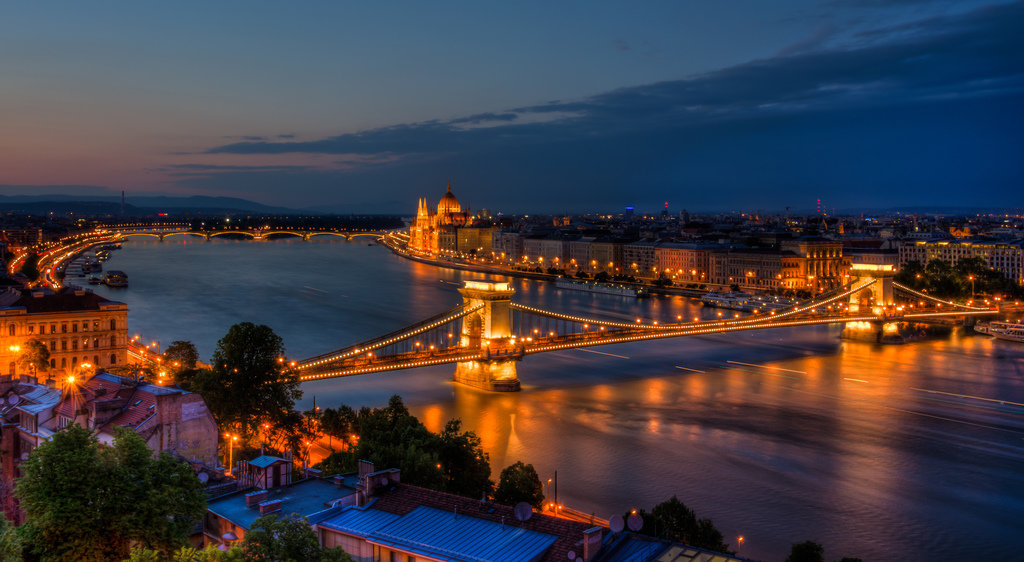 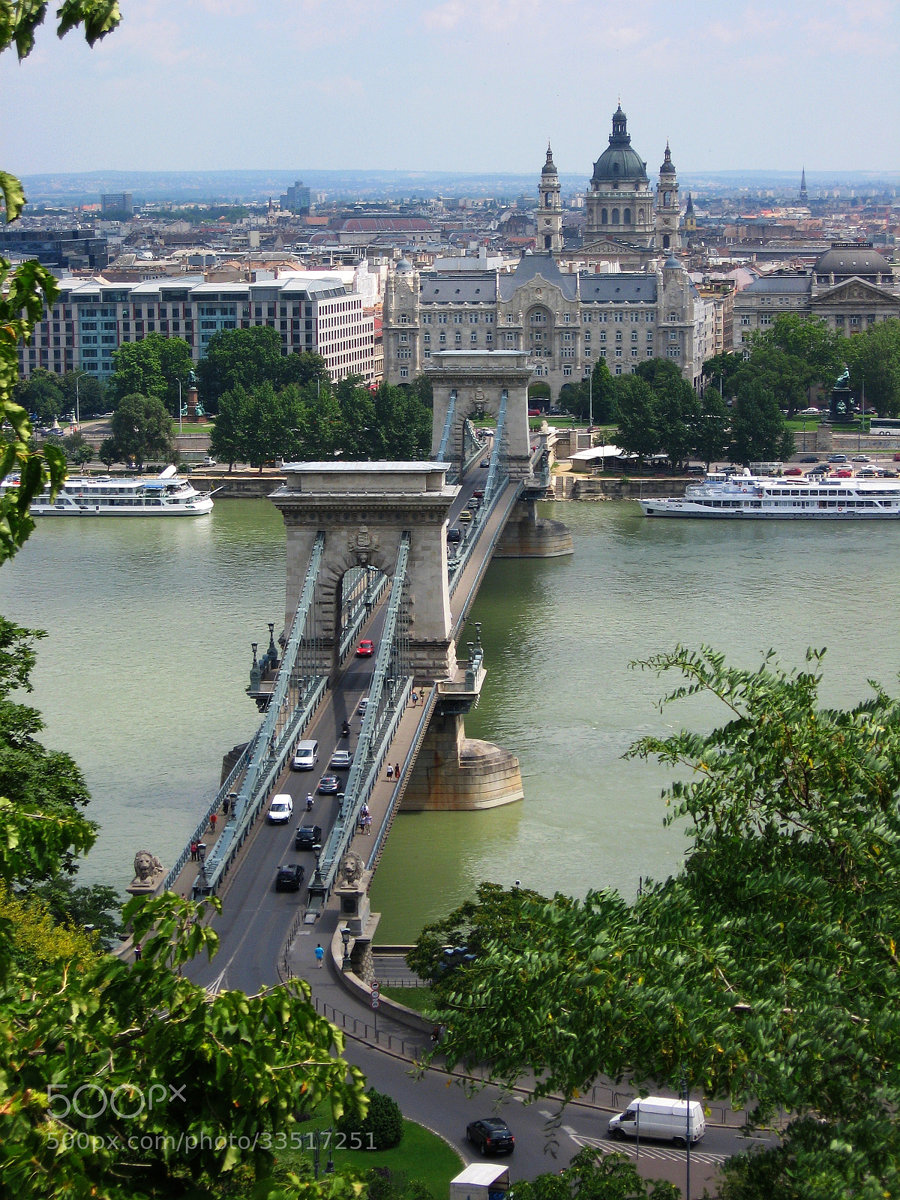 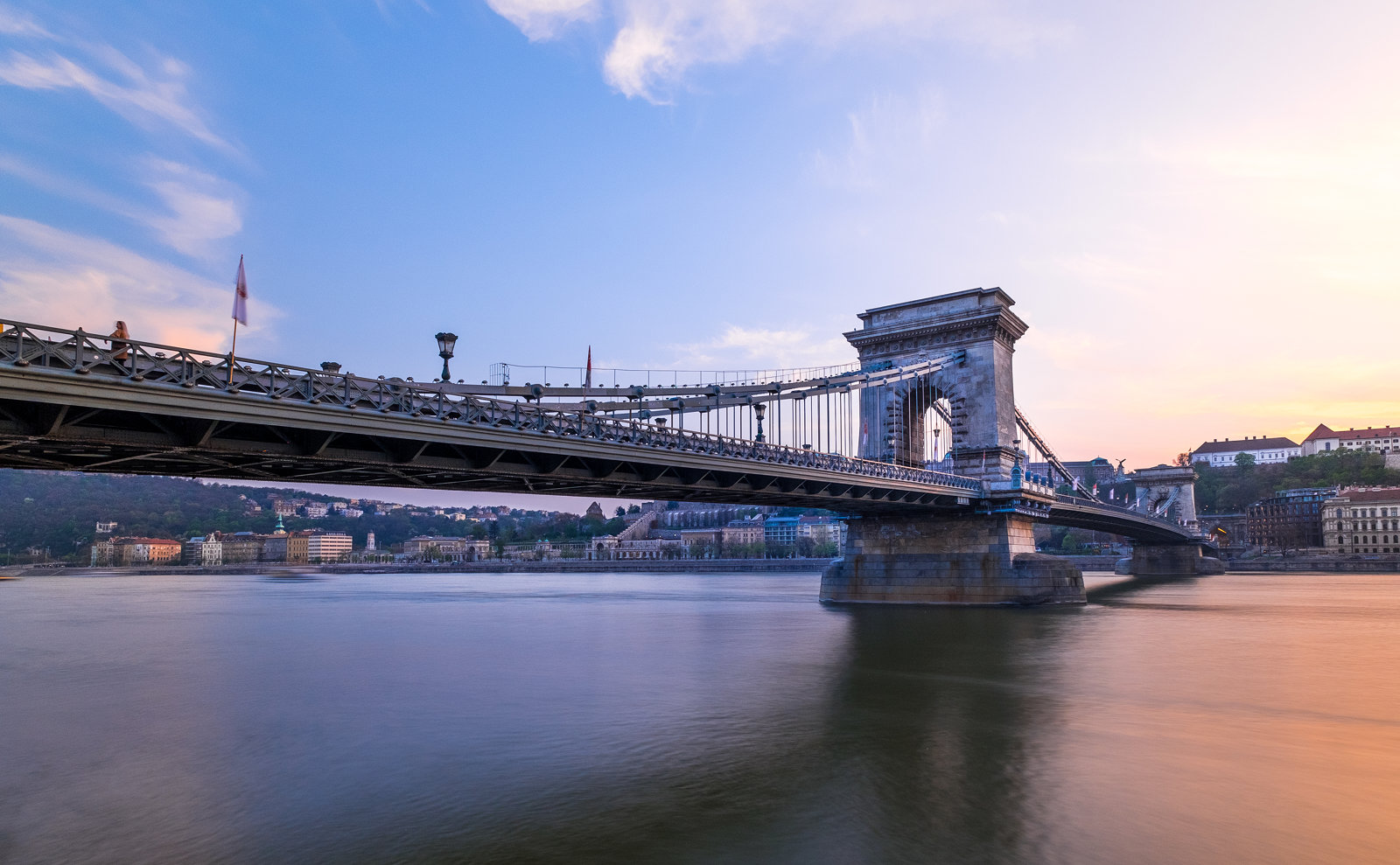 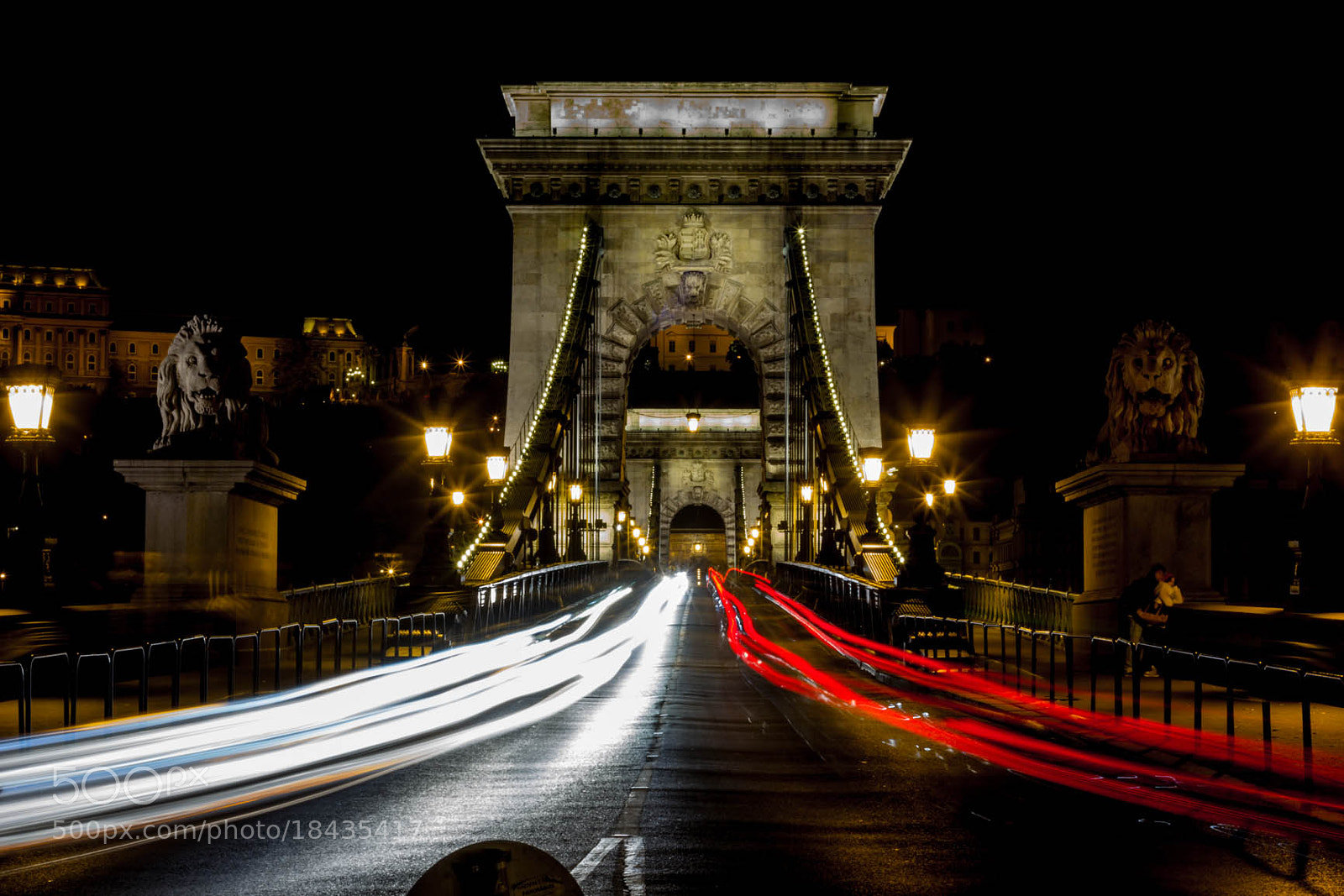 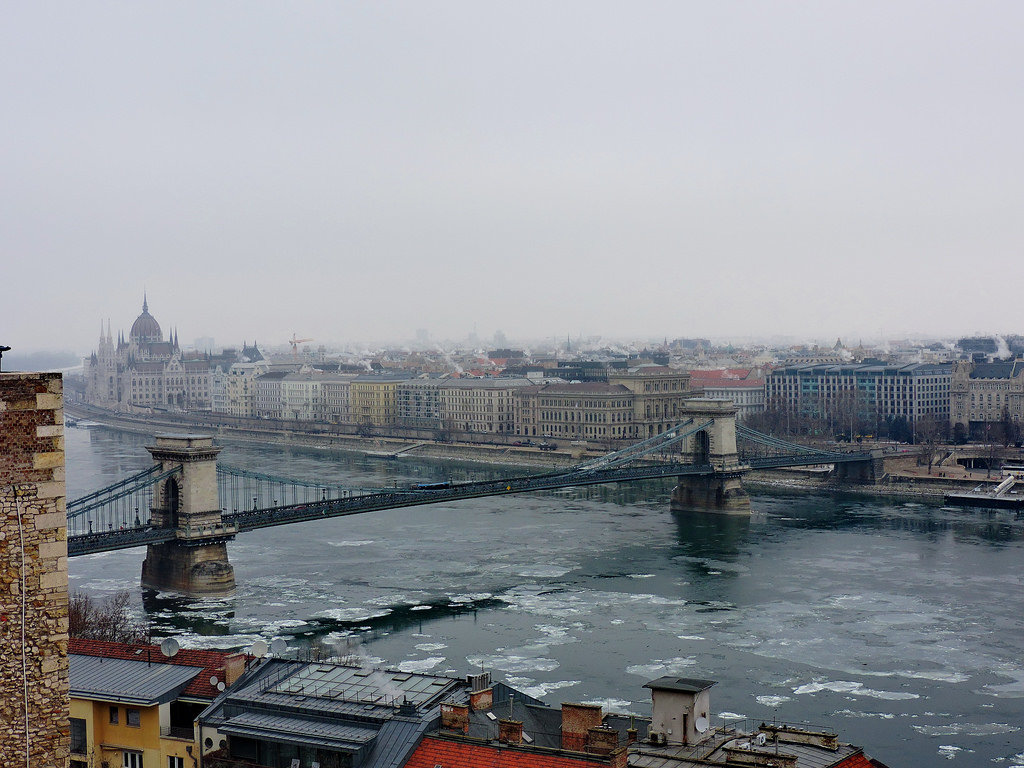 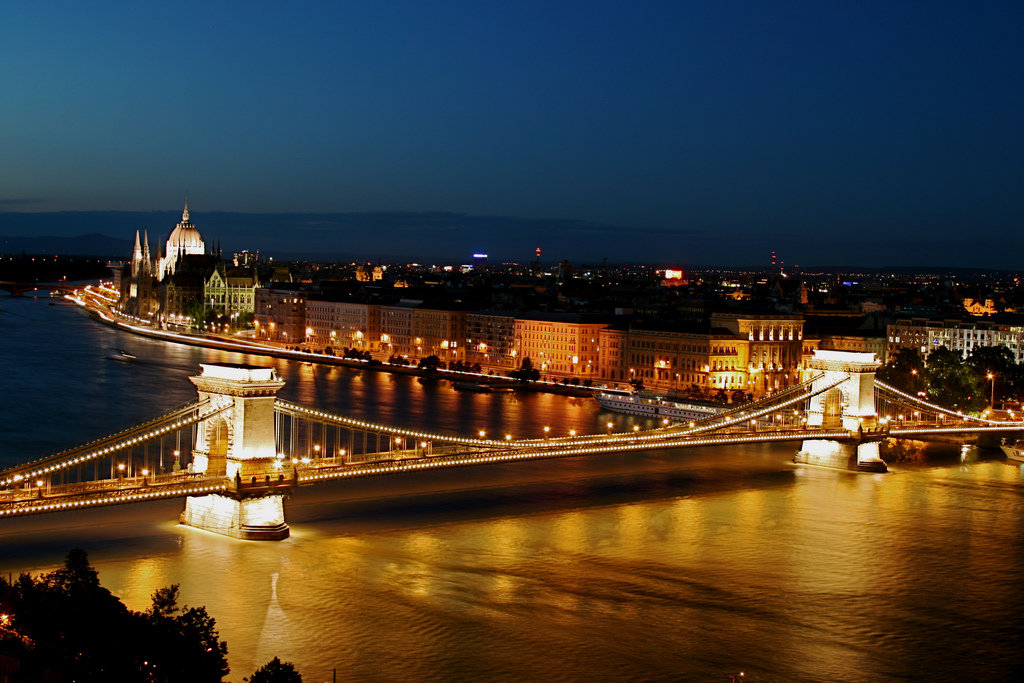 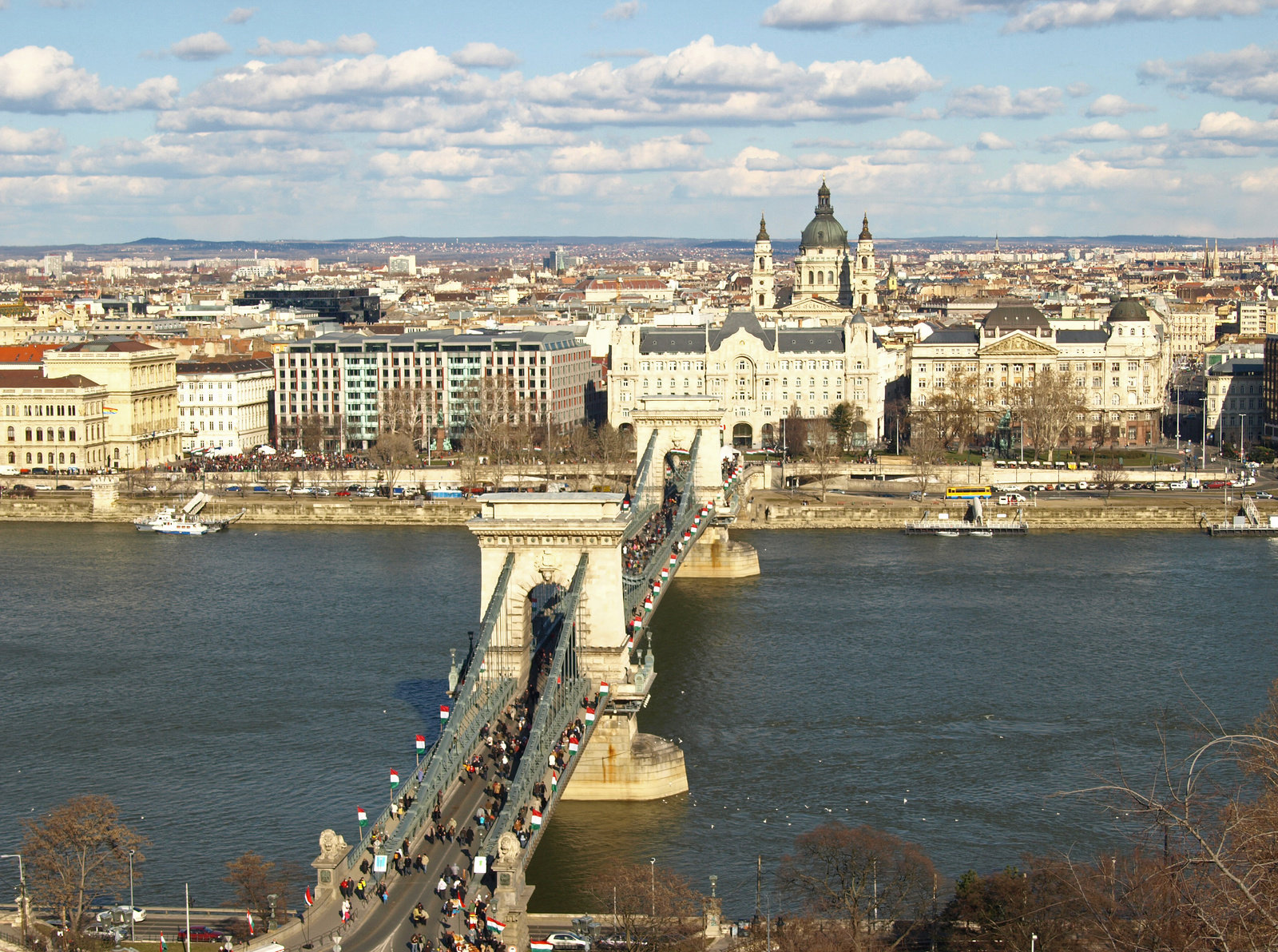 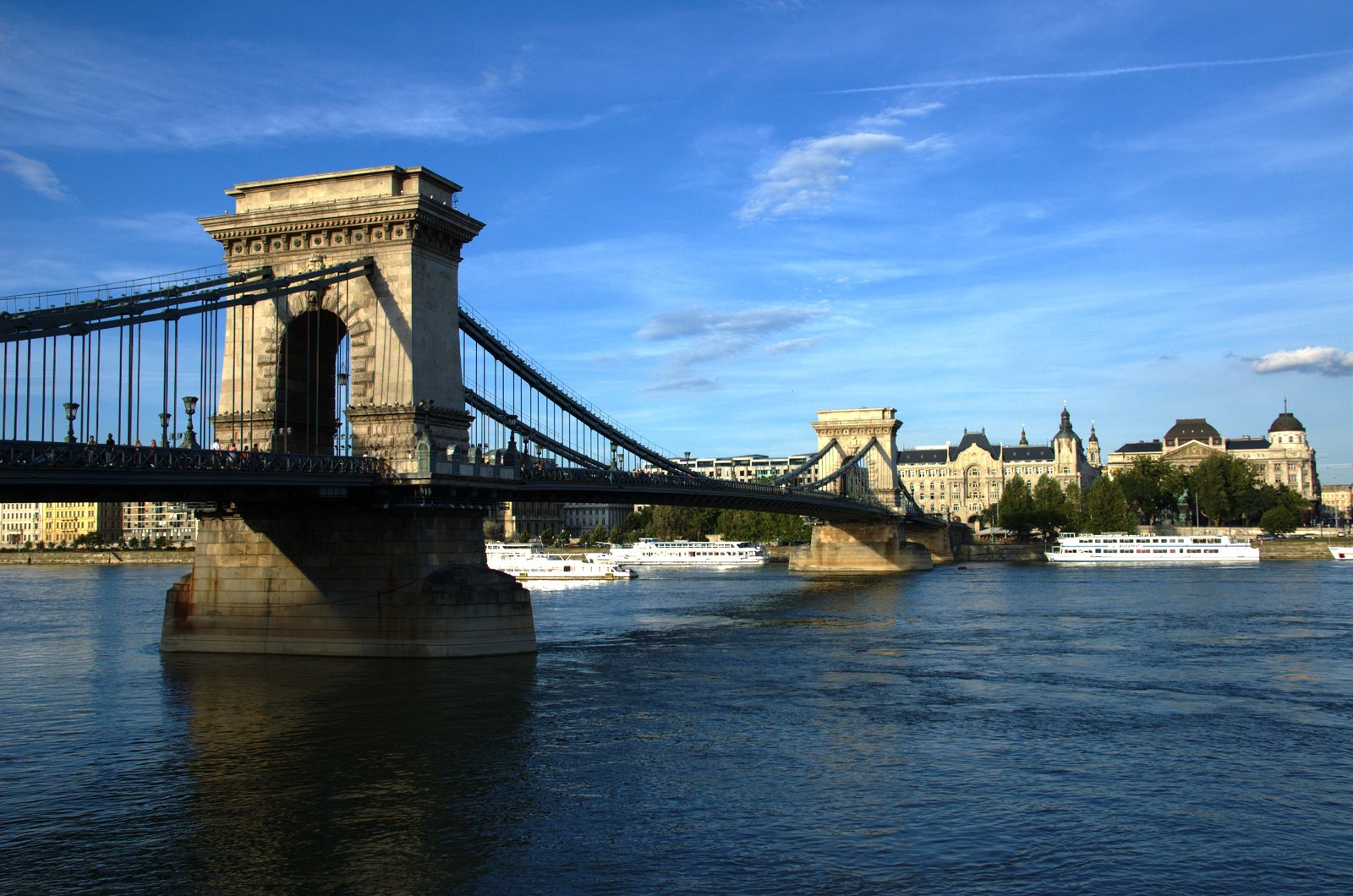 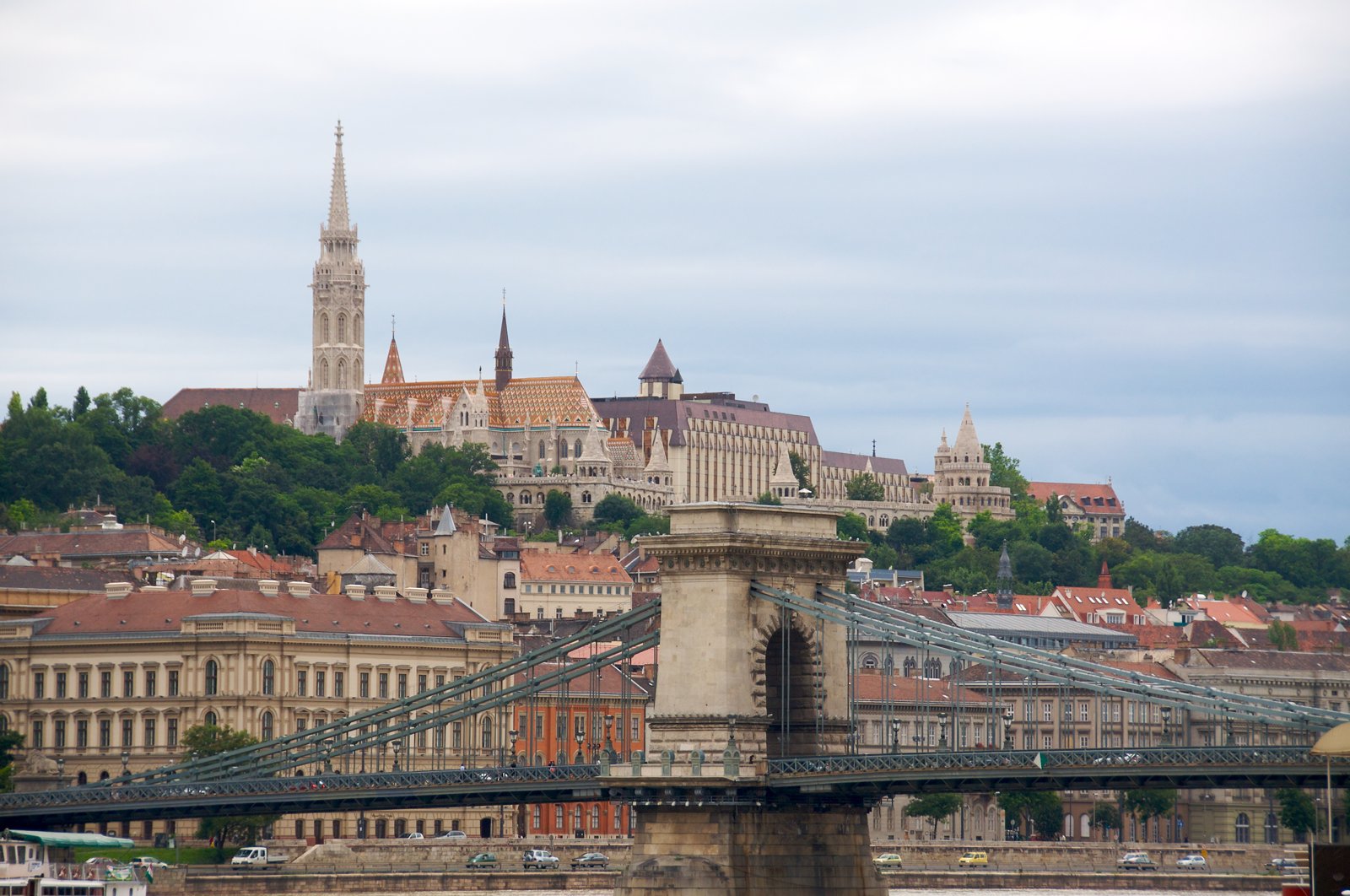 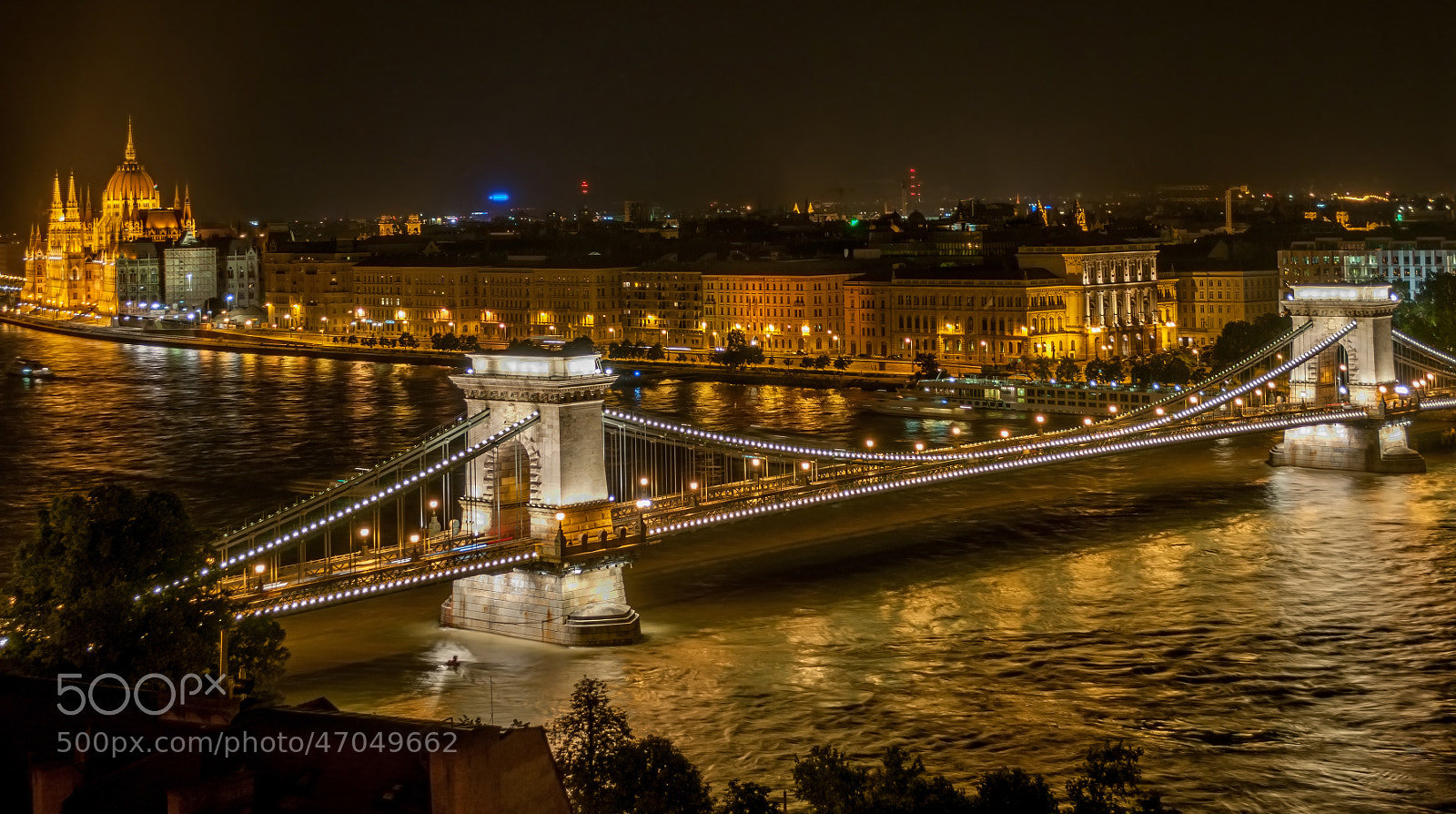