×
What are you looking for?
See all results
Ruins in San Francisco 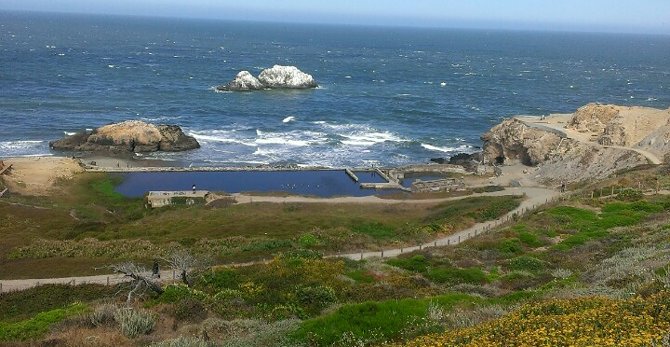 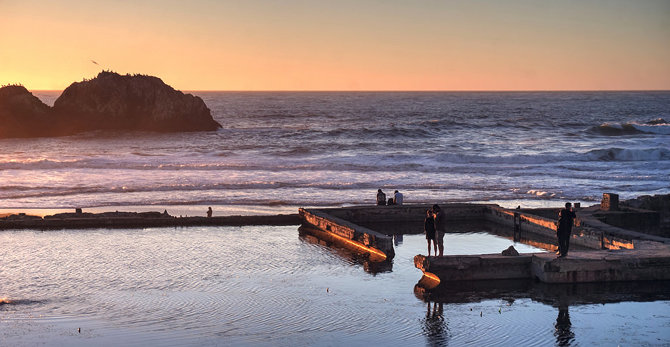 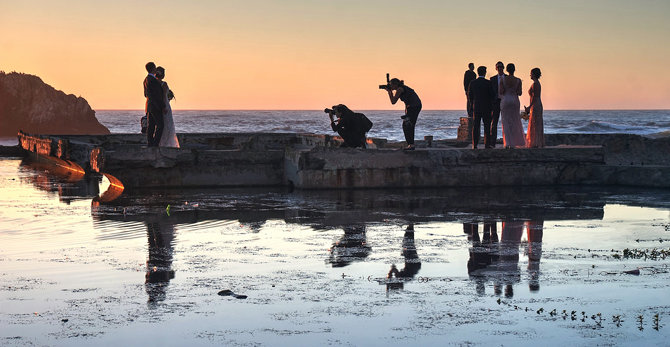 View all photos
I've been here
I Want to visit
Get directions
Vadim I, Anatoly P. and 104,926 more people have been here
8.2/10
Translate
Català Deutsch English Français Nederlands Google Translate

The Sutro Baths were a large, privately owned swimming pool complex in San Francisco, California built in the late 19th century. The building housing the baths burned down in 1966 and was abandoned. The ruins may still be visited.

On March 14, 1896 the Sutro Baths were opened to the public as the world's largest indoor swimming pool establishment. The Baths were built on the sleepy western side of San Francisco by wealthy entrepreneur and former mayor of San Francisco (1894-1896), Adolph Sutro. The vast glass, iron, wood, and reinforced concrete structure was mostly hidden, and filled a small beach inlet below the Cliff House, also owned by Adolph Sutro at the time. Both the Cliff House and the former Baths site are now a part of the Golden Gate National Recreation Area and operated by the United States National Park Service.

A visitor to the Baths not only had a choice of 7 different swimming pools—one fresh water and six salt water baths ranging in temperatures—but could also visit a museum displaying Sutro's large and varied personal collection of artifacts from his travels, a concert hall, seating for 8,000, and, at one time, an ice skating rink. During high tides, water would flow directly into the pools from the nearby ocean, recycling the 2 million US gallons (7,600 m³) of water in about an hour. During low tides, a powerful turbine water pump, built inside a cave at sea level, could be switched on from a control room and could fill the tanks at a rate of 6,000 US gallons a minute (380 L/s), recycling all the water in five hours.

The baths were once serviced by a rail line, the Ferries and Cliff House Railroad, which ran along the cliffs of Lands End overlooking the Golden Gate. The route ran from the baths to a terminal at California Street and Central Avenue (now Presidio Avenue).

The baths struggled for years, mostly due to the very high operating and maintenance costs, and eventually closed. A fire destroyed the building in 1966 shortly after, while in the process of being demolished. All that remains of the site are concrete walls, blocked off stairs and passageways, and a tunnel with a deep crevice in the middle. The Sutro Bath ruins are open to the public, but a warning sign advises strict caution, as visitors have been swept off by large waves and drowned at the site.

Currently, visitors coming to the Sutro Baths from the above parking lot are presented with a sign that describes the history of Sutro Baths starting from its construction and glamorous opening to the public in 1896. Another sign describes the later years of the site's history up until its demolition and complete destruction by fire in 1966. As one walks up out of the ruins toward the historic Cliff House, home to two full service restaurants: "Sutro’s at the Cliff House" and "The Bistro", as well as the "Terrace Room", a private Dining/reception room, one can find other pictures, paintings, and relics from the golden age of Sutro Baths’ functional operation.

Seal Rock is just offshore from the bath ruins.

Footage preserved by the Library of Congress

Several films are stored by the Library of Congress as part of the American Memory collection and available for downloading and viewing online.

The 1958 film The Lineup was the only non-documentary film to use the fully-built baths as a shooting location. The scenes were shot after Sutro Baths' conversion to an ice skating rink.

The baths are featured in a scene in the 1971 film Harold and Maude in which Harold pretends to assault Maude while she acts the part of a war protester, in order to convince Harold's uncle (a high-ranking military man) that he is unfit for service. Maude "falls" down a hole in the ground and disappears after Harold grabs her protest sign and chases her with it, striking her and calling her various names such as "Commie!"

Statistics according to a 1912 article written by J.E. Van Hoosear of Pacific Gas and Electric.

Over 100 photos taken at the Sutro Baths, including interiors not seen at any other links and pictures taken immediately before, during, and after the fire.

Kirsten Alana
Hike down early to grab your spot for sunset. It's well worth the walk down from the main road. Just stunning!

Caroline Deng
There's a secret cave at the bottom of the staircase that's really cool. The best time to come is around sunset, but there are a lot of tourists. Parking is difficult.

The Ritz-Carlton
The other-worldly Sutro Bath ruins on the north end of Ocean Beach, was formerly a family swimming and amusement center in the late nineteenth century built by millionaire Adolph Sutro.

Mary Dawson
Great walk along the water. Highly recommend checking everything out at the top of the hill for amazing views!

Darlene King
Walking and hiking thru the reins of the old foundation of the sutra bath next to the water. The views are breathtaking! If you have kids they will love it! There is a visitor building with bathrooms.

Samuel Bowles
Beautiful and totally worth the trip. Stop by the gift shop and page through some books on what it used to look like. Prepare to be amazed.
Load more comments
foursquare.com

Lincoln Park in San Francisco, California, was dedicated to President

The Dutch Windmill is the northern of two functioning windmills, the

The Murphy Windmill is a functioning windmill in San Francisco, 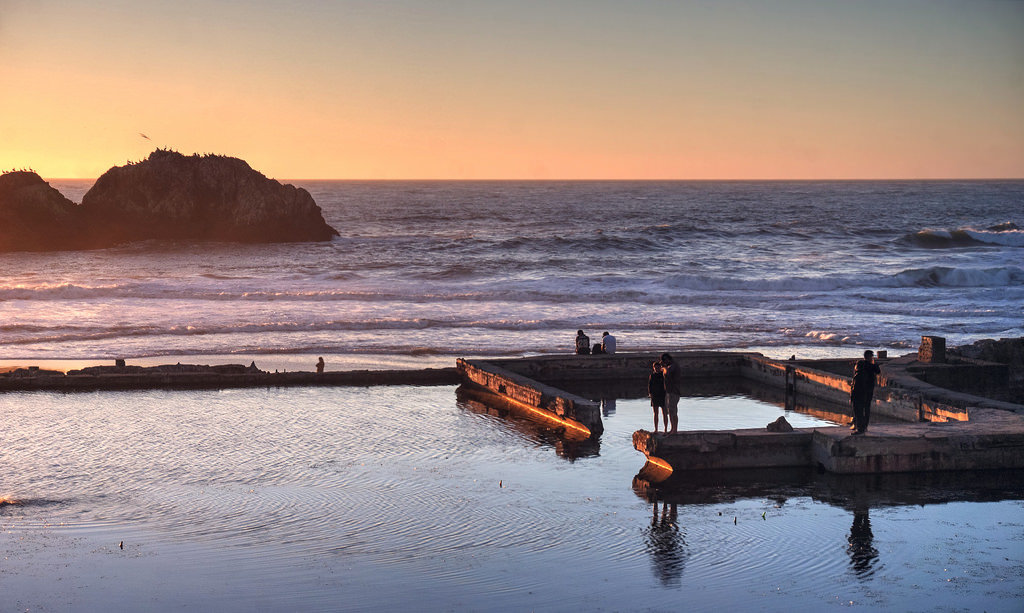 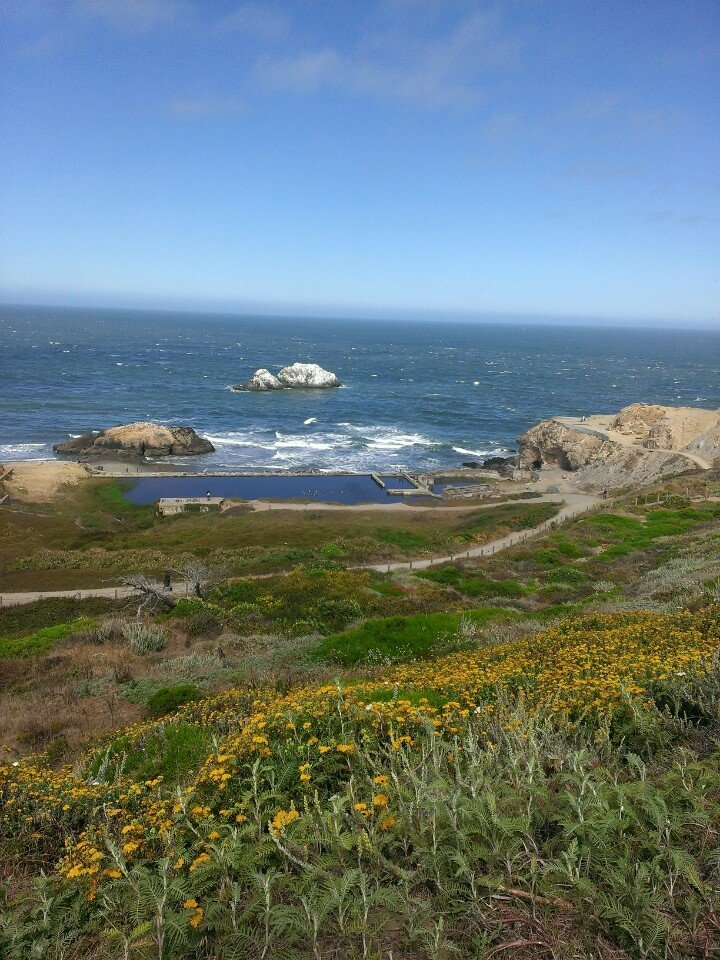 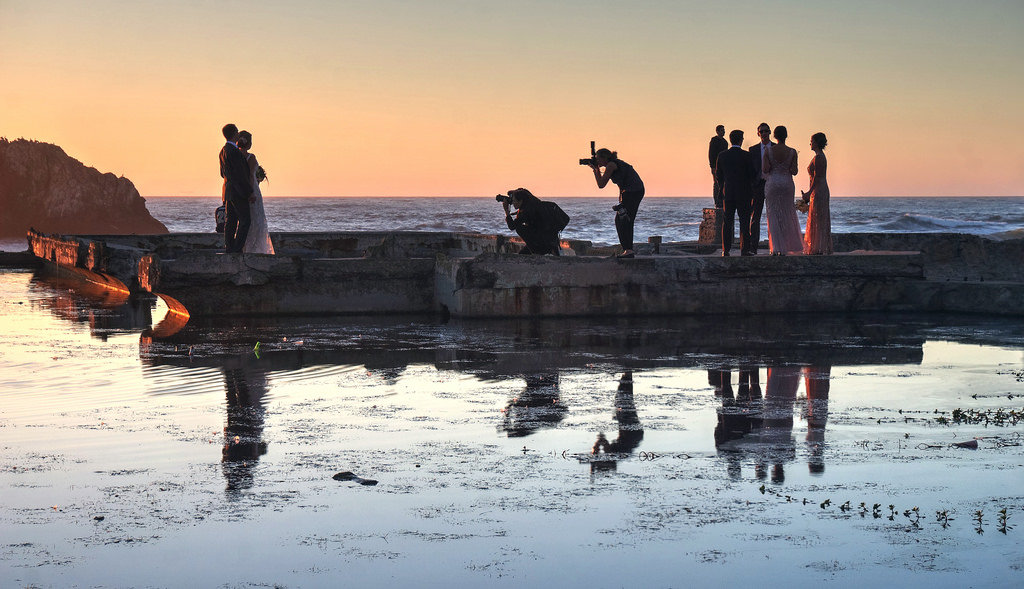 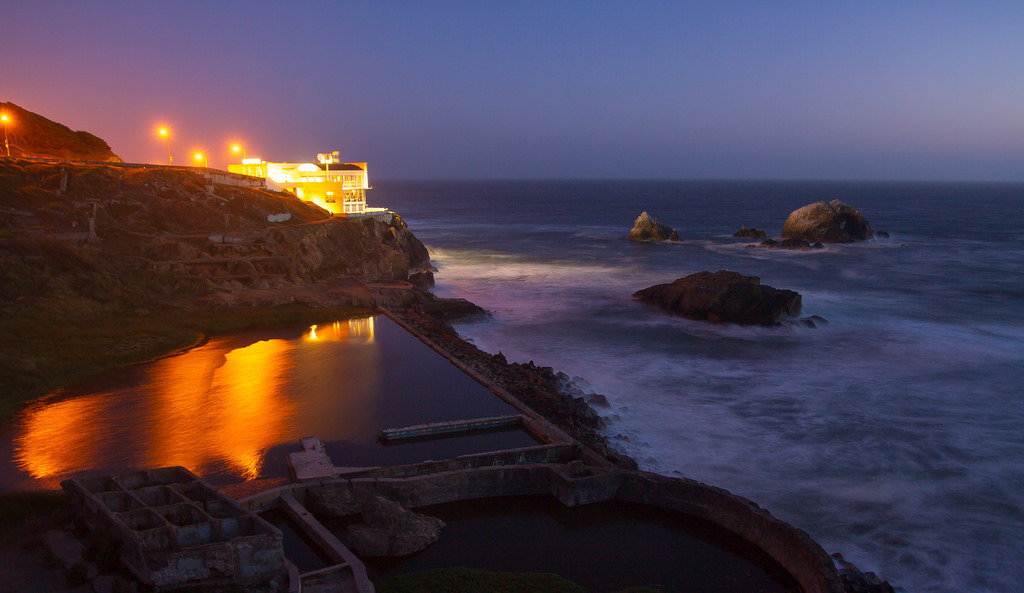 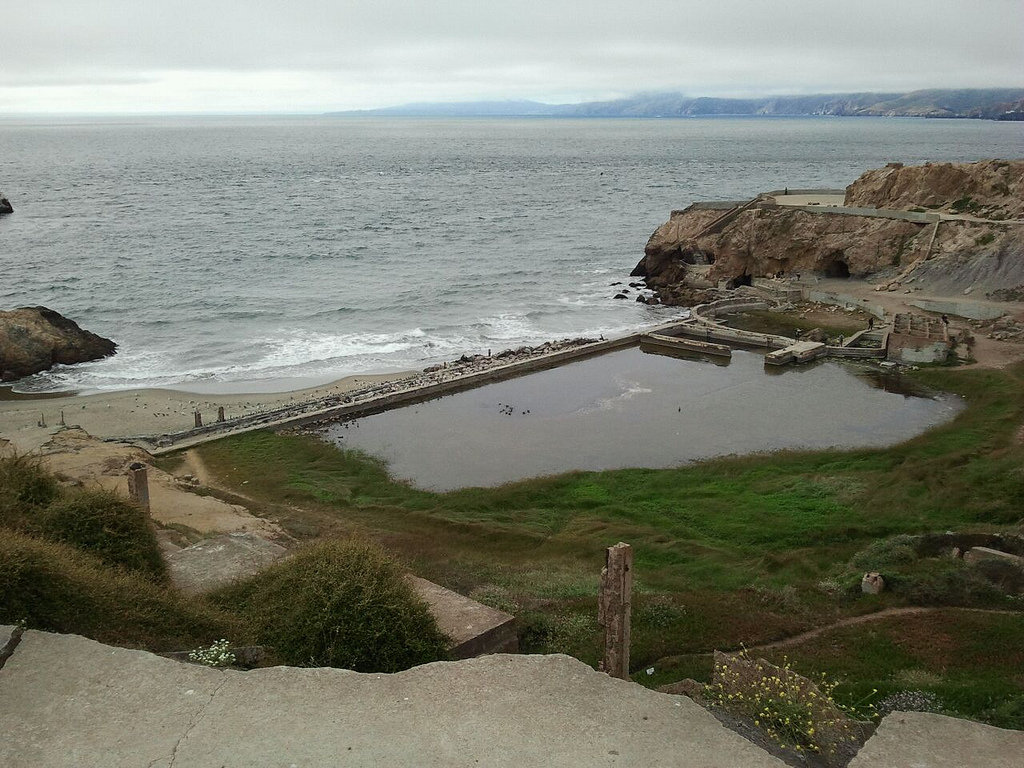 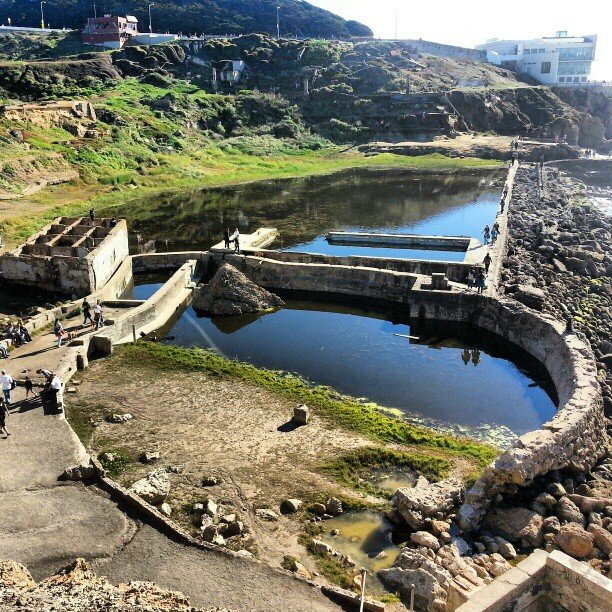 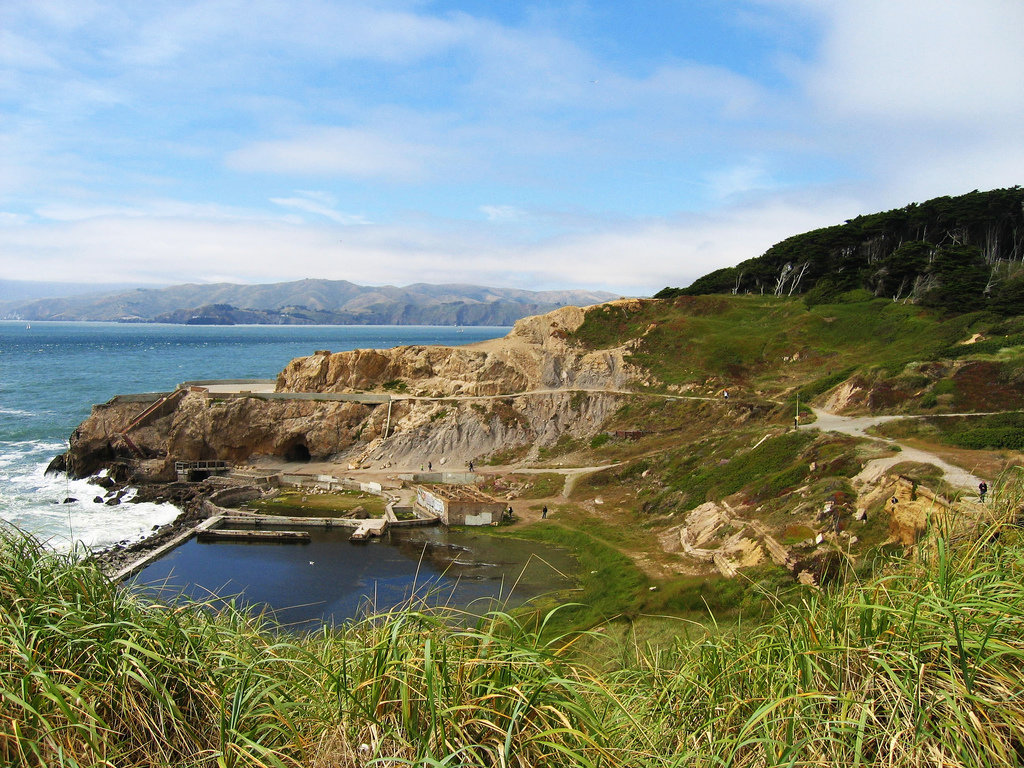 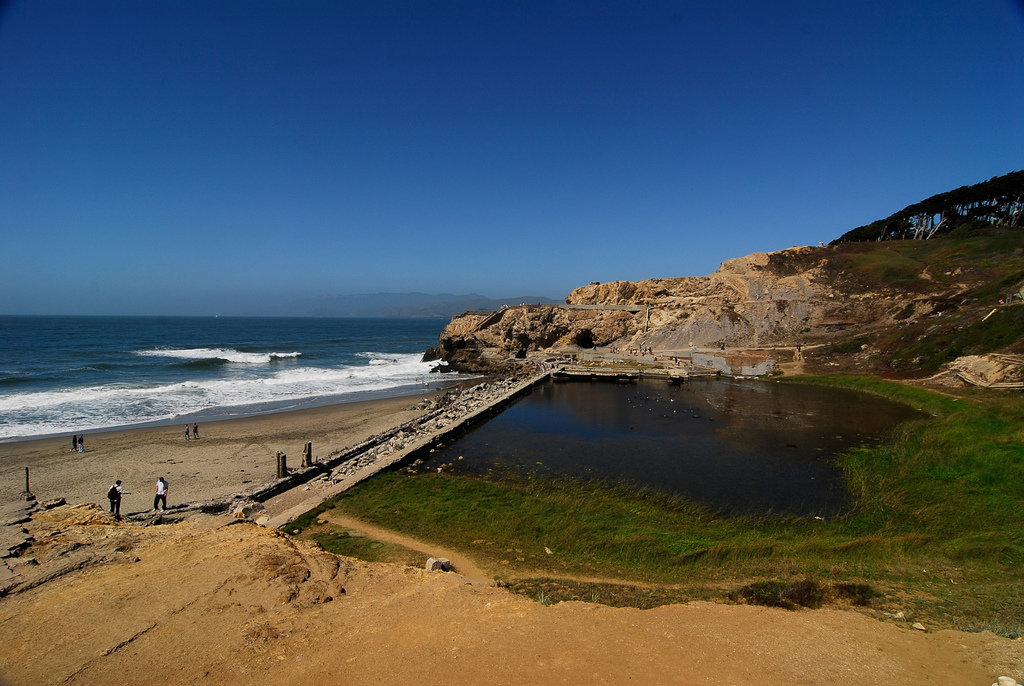 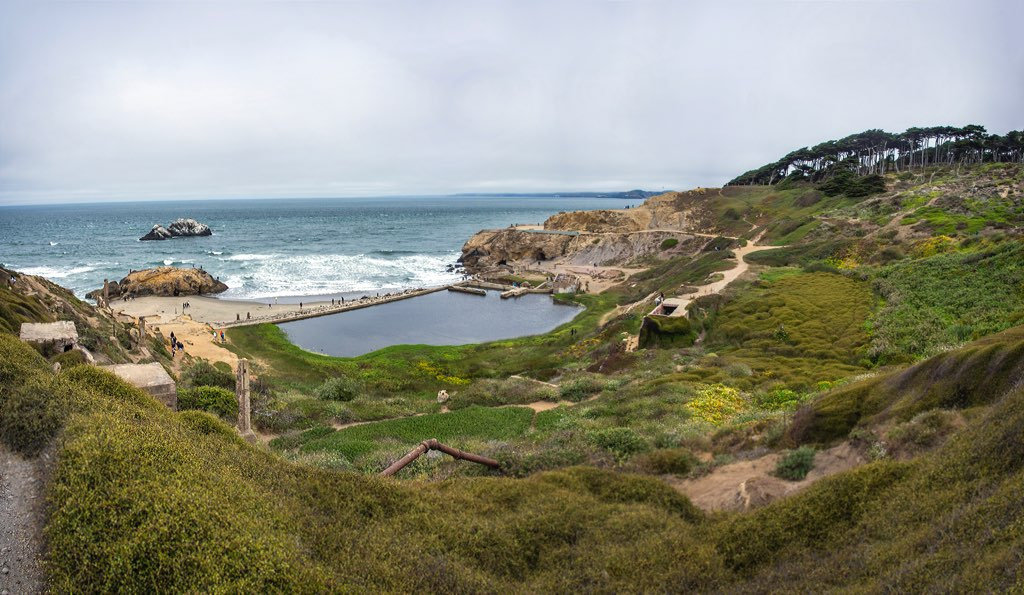 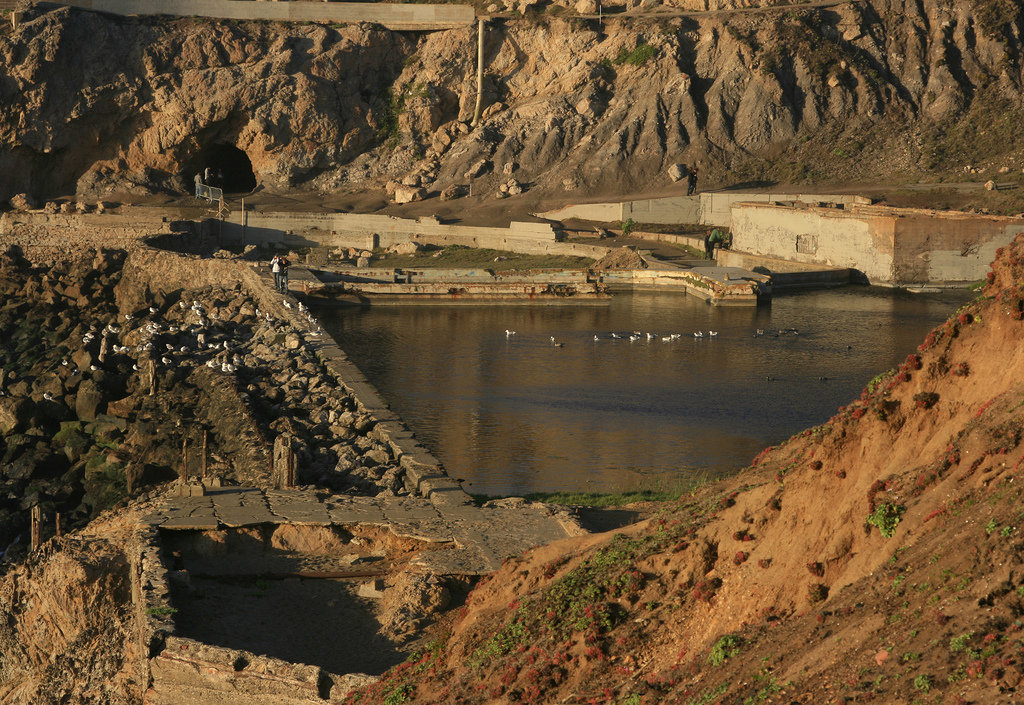 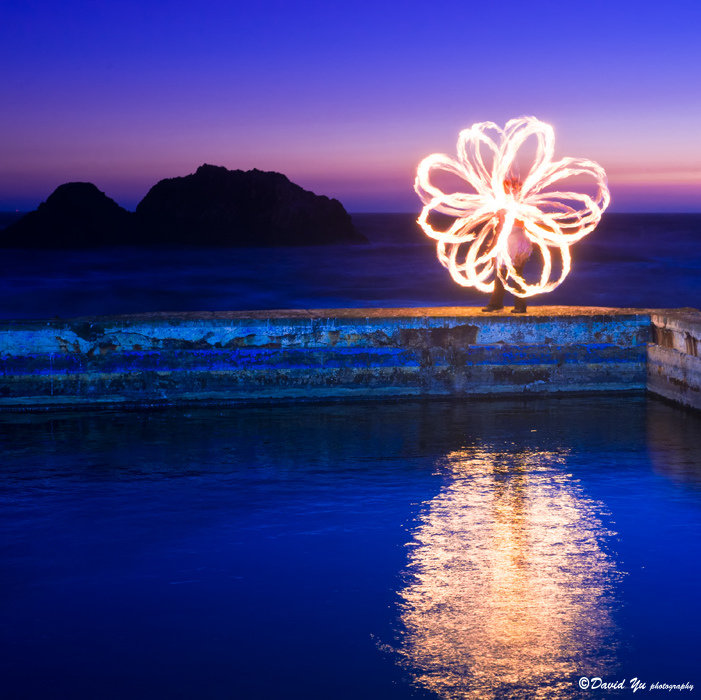 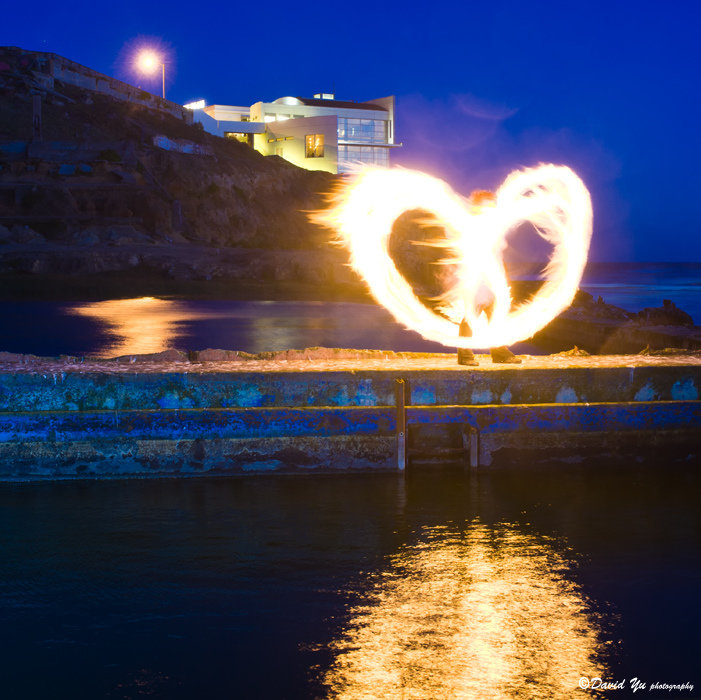 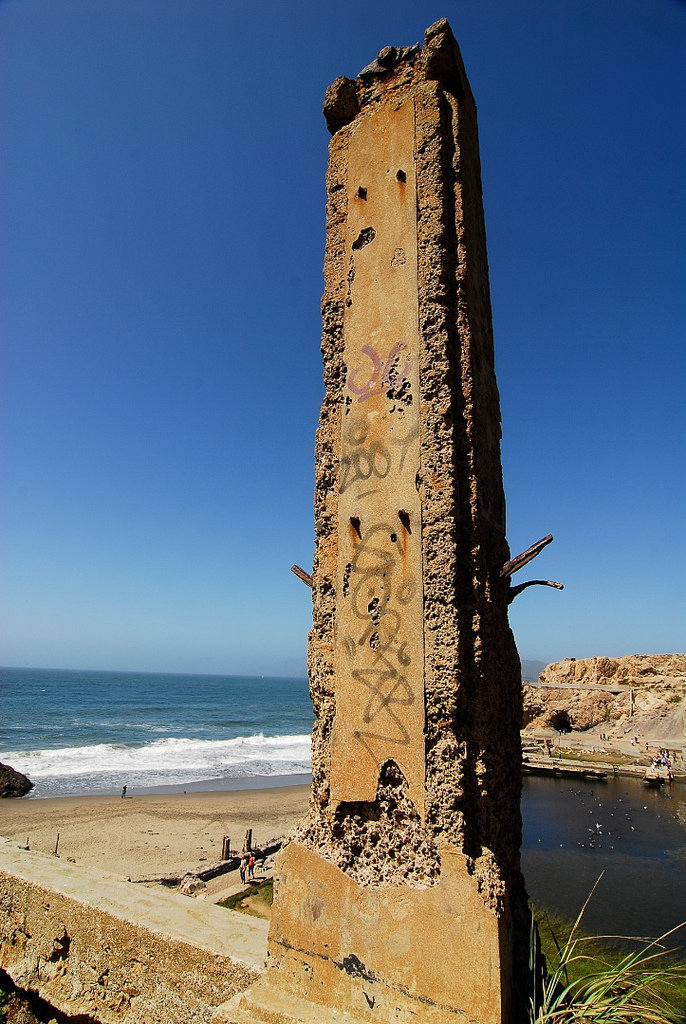 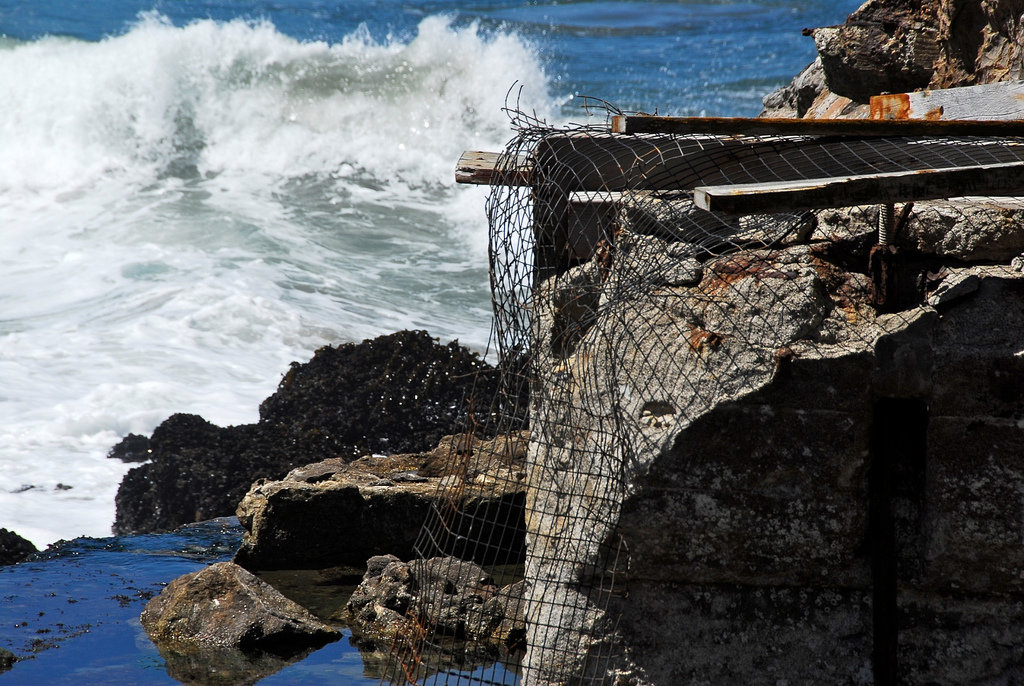 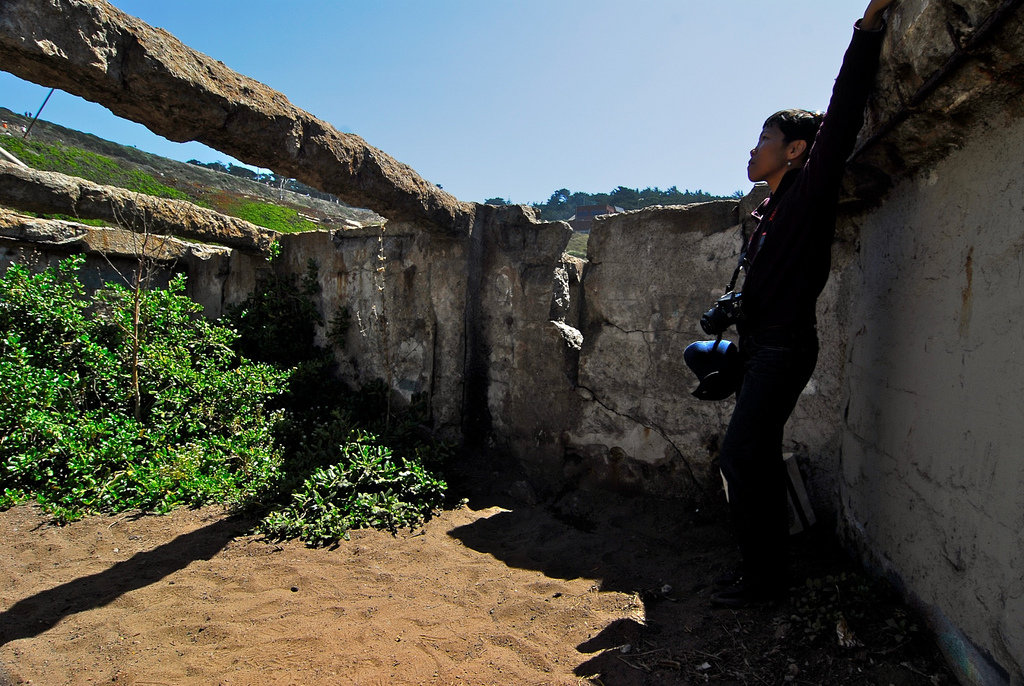 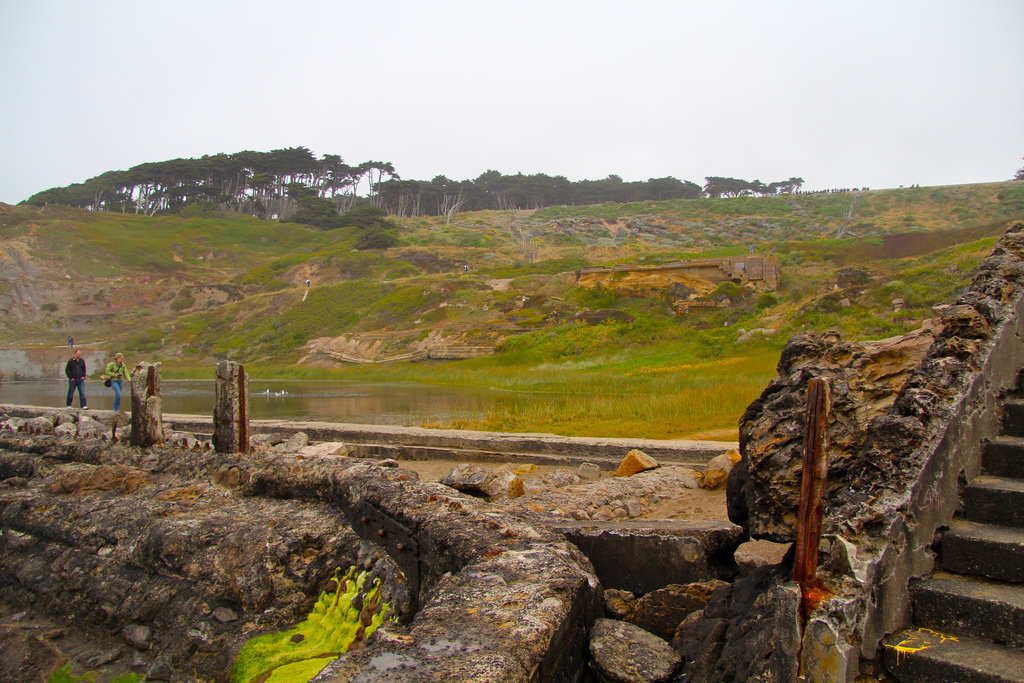 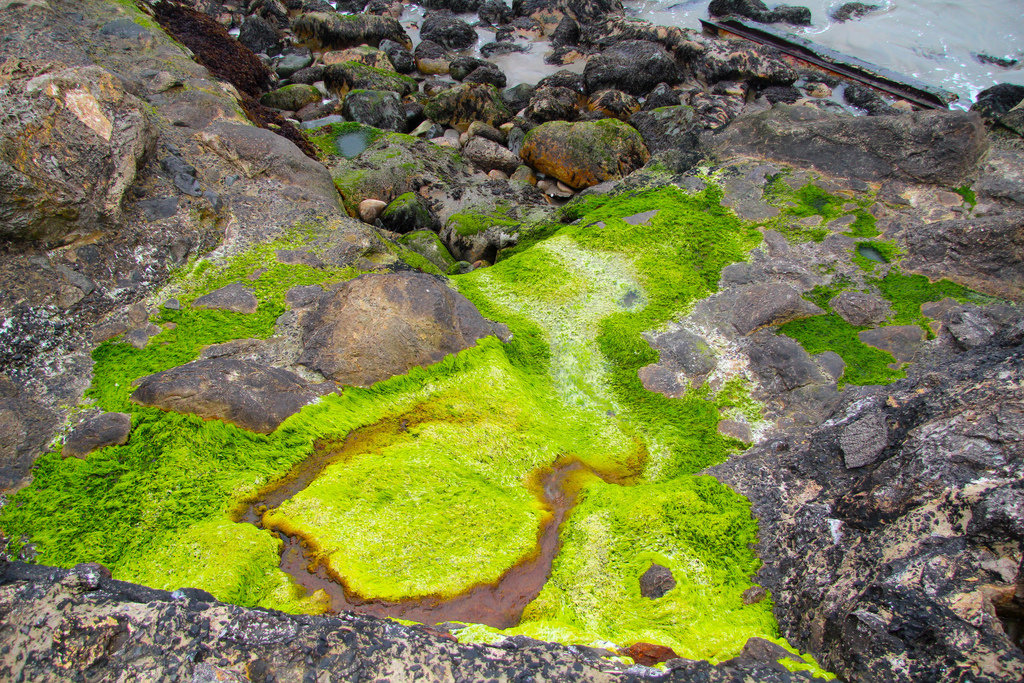 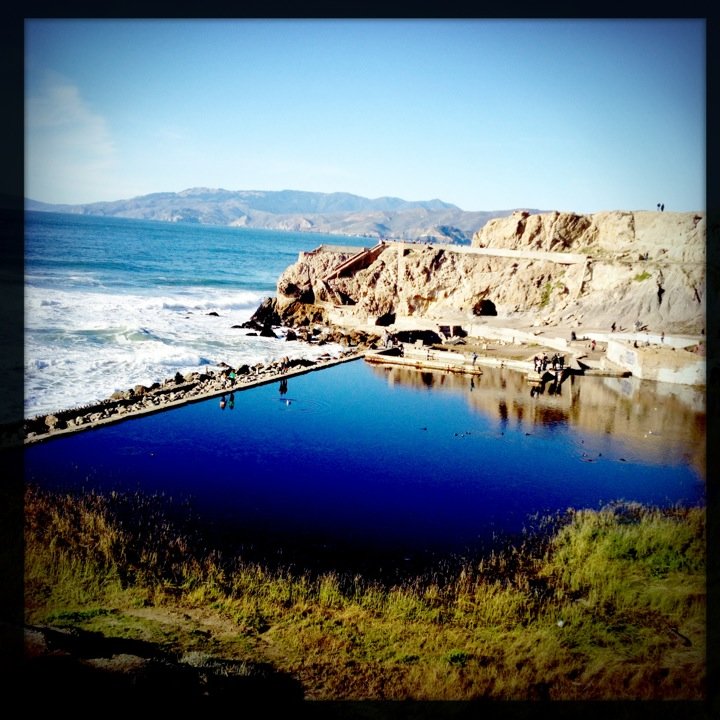 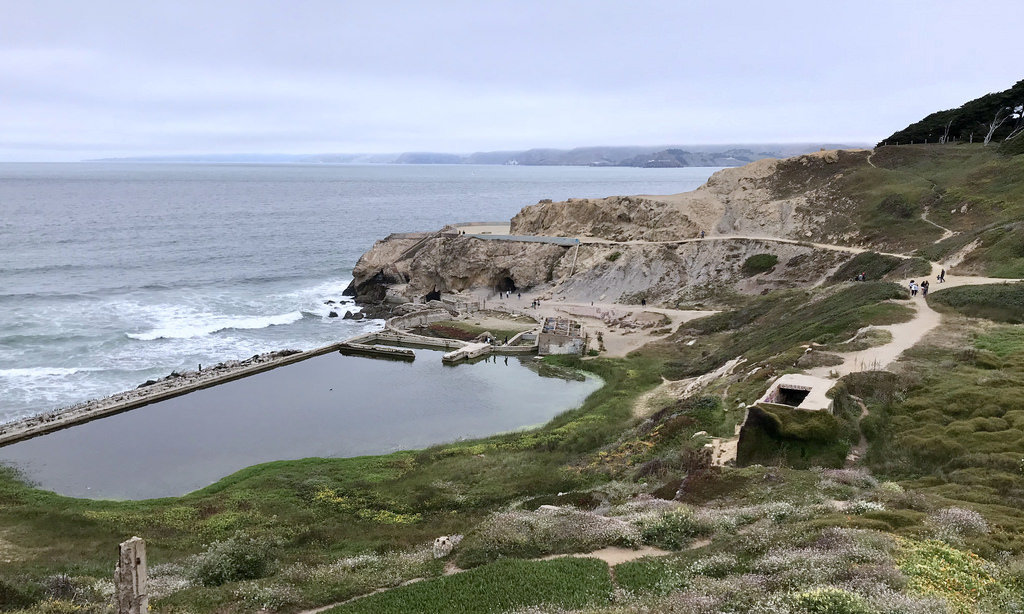