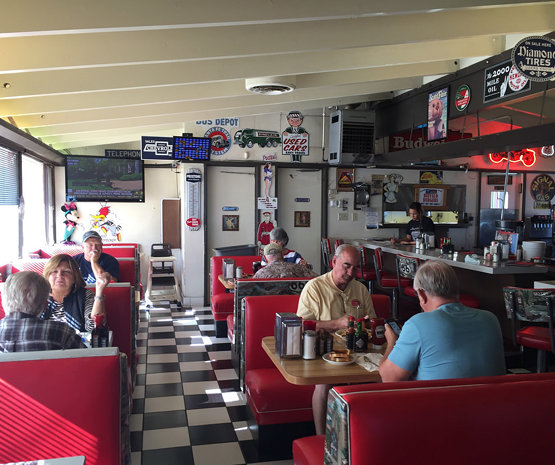 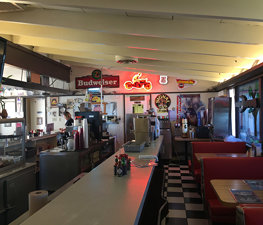 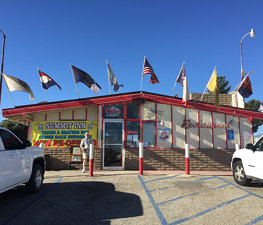 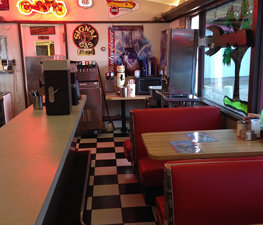 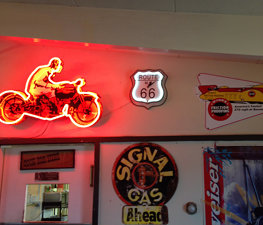 The Summit Inn, a historic U.S. Route 66 roadside diner built in 1952, is one of the few of its kind left in Southern California.

The original Summit Inn was in operation in 1928 and takes its name from its original location at the summit of the Cajon Pass between the westbound and eastbound lanes of US 66.

The present location in unincorporated Oak Hills, California has been in operation since 1952 when 66 was rerouted along a somewhat lower elevation. 1953-era postcards depict a Horseless Carriage Rally at the Summit Inn which included vintage Ford Model T's.

Cecil “C.A.” Stevens bought the station and restaurant from original builder Burt Riley in 1966; he'd wanted just the Texaco filling station on the site but agreed to buy both if Hilda Fish, a German woman who ran the restaurant, were willing to stay to run the place. Hilda Fish retired in 2002 and is now deceased.

Route 66 in the area was obliterated by Interstate 15 in California by 1970.

On March 27, 2014 an intoxicated driver, Jayson Ernest Johnson of Riverside, California, was arrested for crashing a stolen van into the restaurant, causing $200,000 in damage. The driver pled guilty to a lesser charge and received a suspended sentence. The entire kitchen was rebuilt using an insurance payout and the restaurant re-opened at the end of July 2014.

The vintage building which once served as a Texaco station remains on the property, although gasoline is no longer sold there. The Summit Inn's small gift shop still sells Texaco-related memorabilia and a great many original metal oil company signs decorate the rest of the interior. Other signs include two circa 1939 Standard Oil signs featuring Mickey Mouse and a genuine reflectorized US 66 highway shield.

Notable clients included Elvis Presley (who kicked the jukebox as it had none of his records at the time - an oversight soon fixed - and left without eating), James Bond (actor Pierce Brosnan), Pearl Bailey, Clint Eastwood and Danny Thomas.

During the restaurant's operating hours, the original red neon "SUMMIT INN" sign flashes on and off to beckon drivers on present-day Interstate 15. Antique cars can occasionally be spotted in the parking lot.

The menu at the Summit Inn is typical, inexpensive and satisfying roadside fare, but with a twist: Ostrich and buffalo products are also served, including an ostrich egg omelette and "buffalo burgers."

Though inaccessible by car, some patches of original pavement dating back to 66's earliest days can be found just south of the Summit Inn.

The Summit Inn is located at the Oak Hills exit via either north- or southbound I-15 at the Cajon Summit.

Will Hare
Try the ostrich burgers.

The Baitul Hameed Mosque (English: House of the Praiseworthy) is the

The Redlands California Temple is the 116th operating temple of The

Add to wishlist
I've been here
Visited
Planes of Fame

Planes of Fame is an aviation museum located in Chino, California and

La Degustation Bohême Bourgeoise is an upscale restaurant that offers 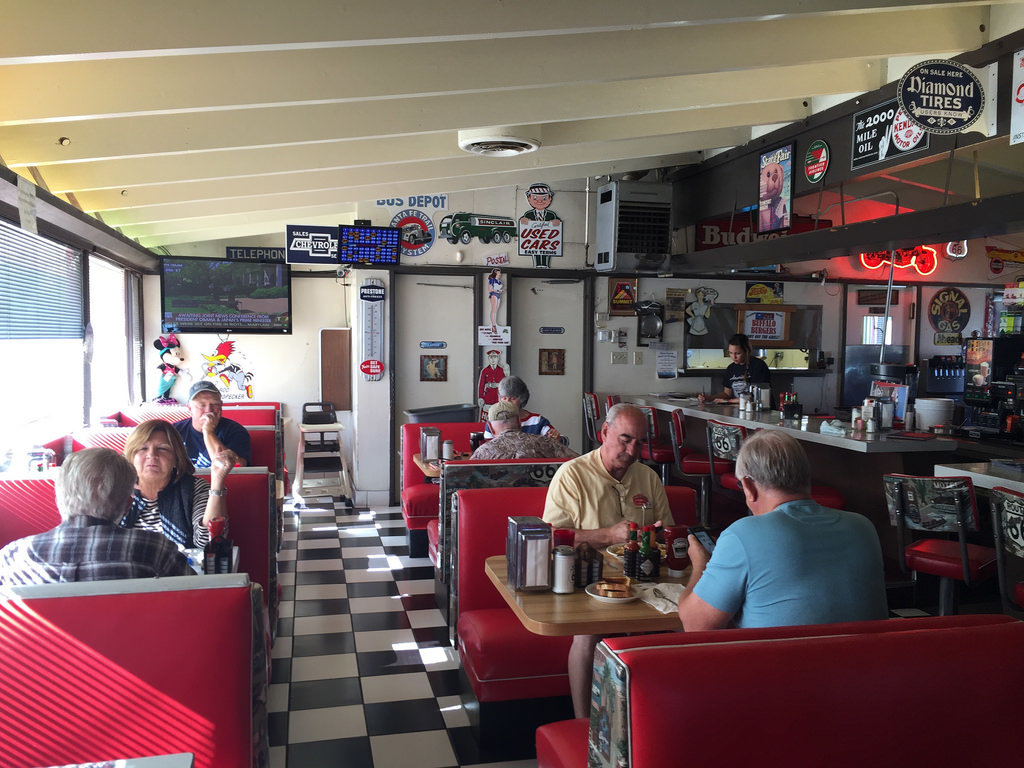 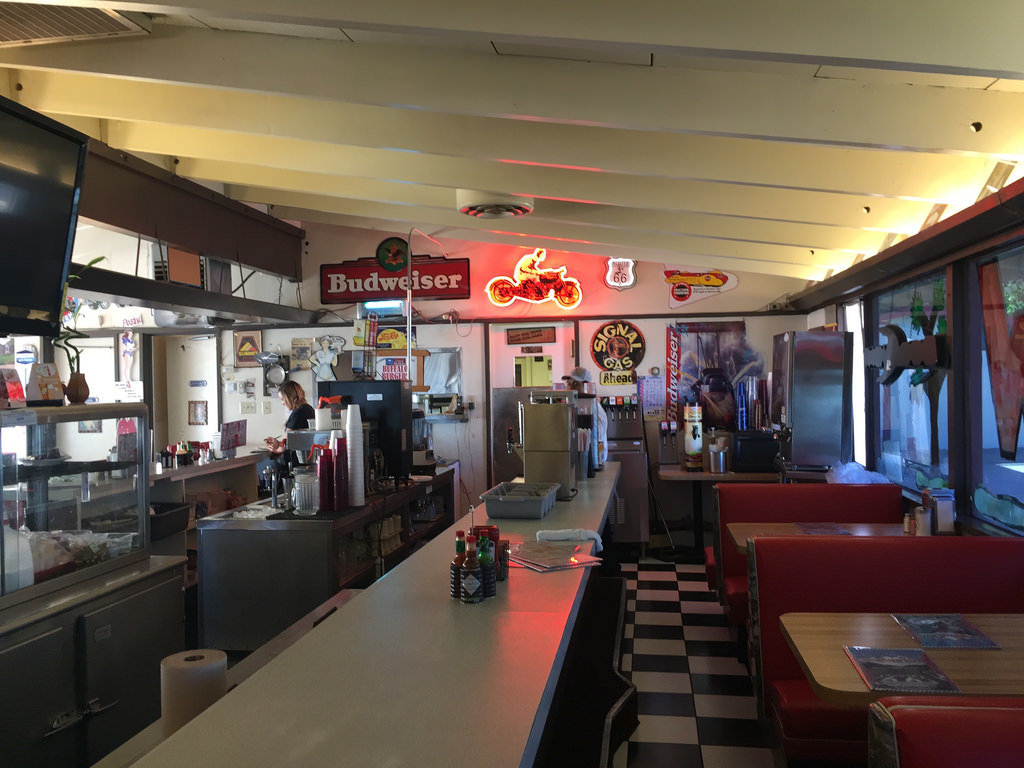 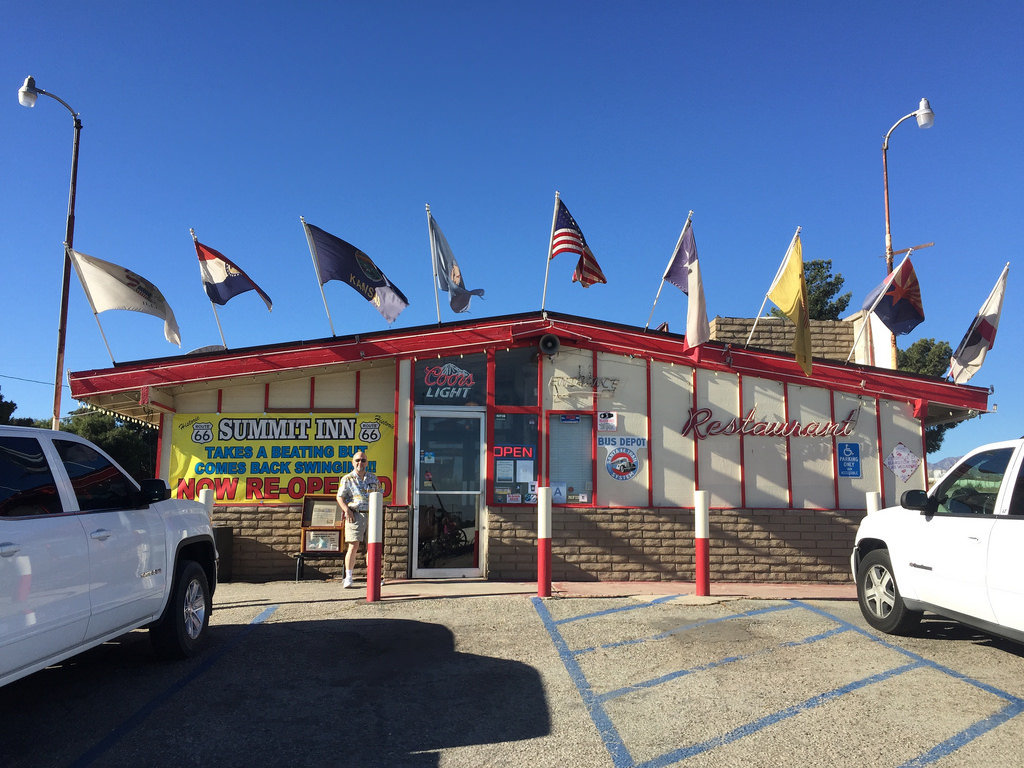 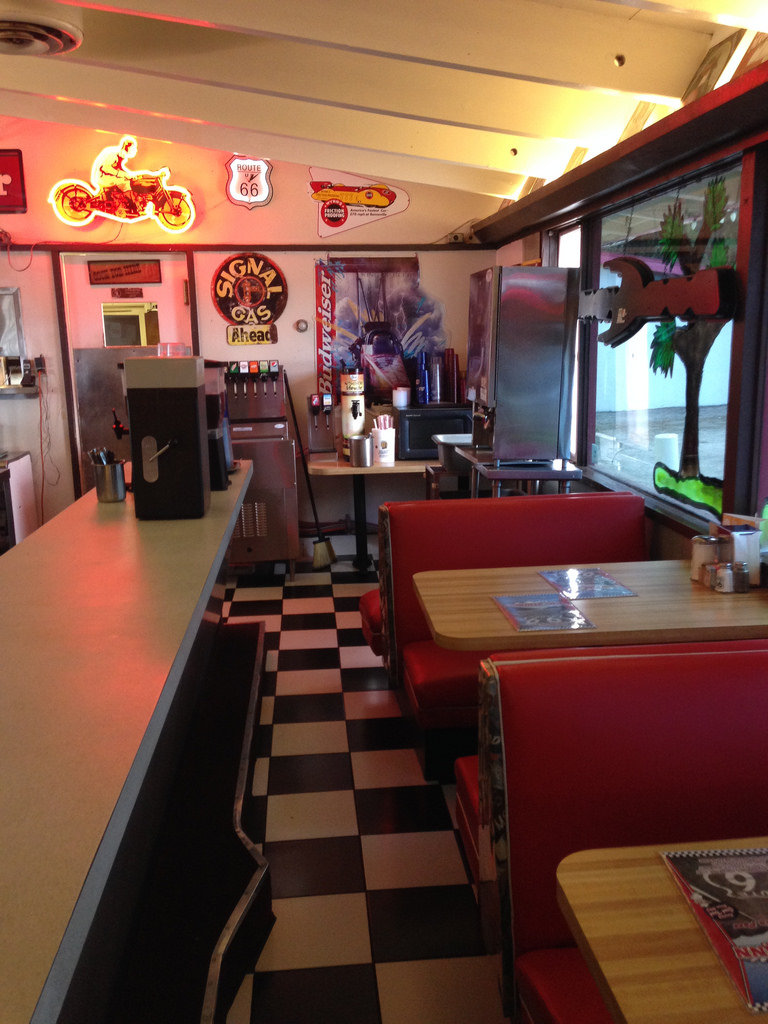 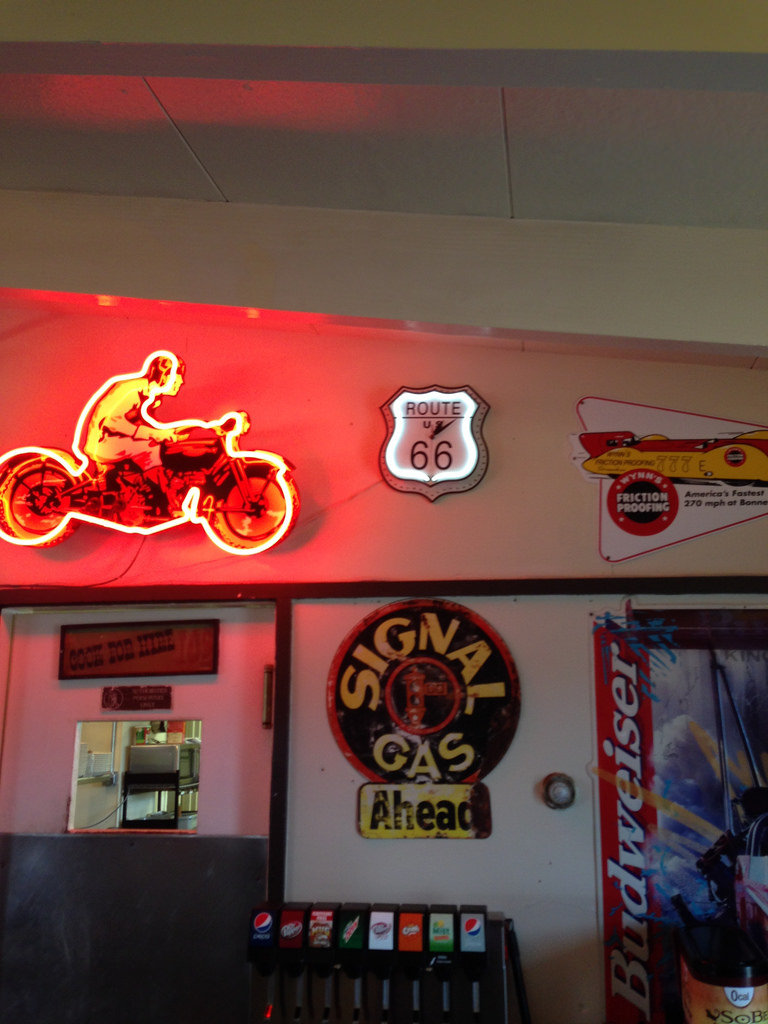 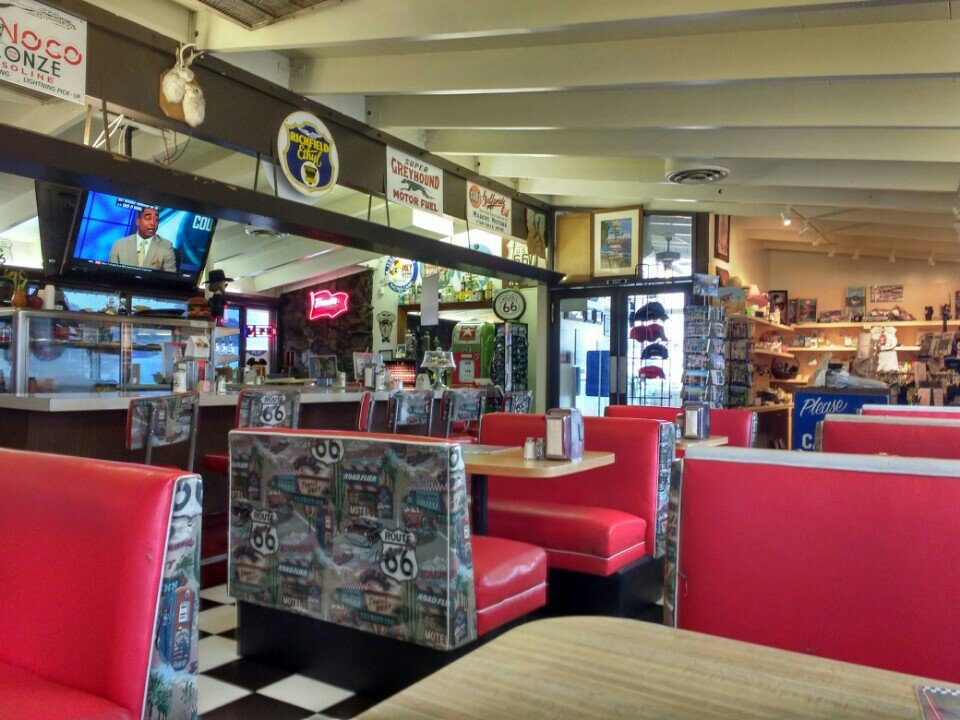 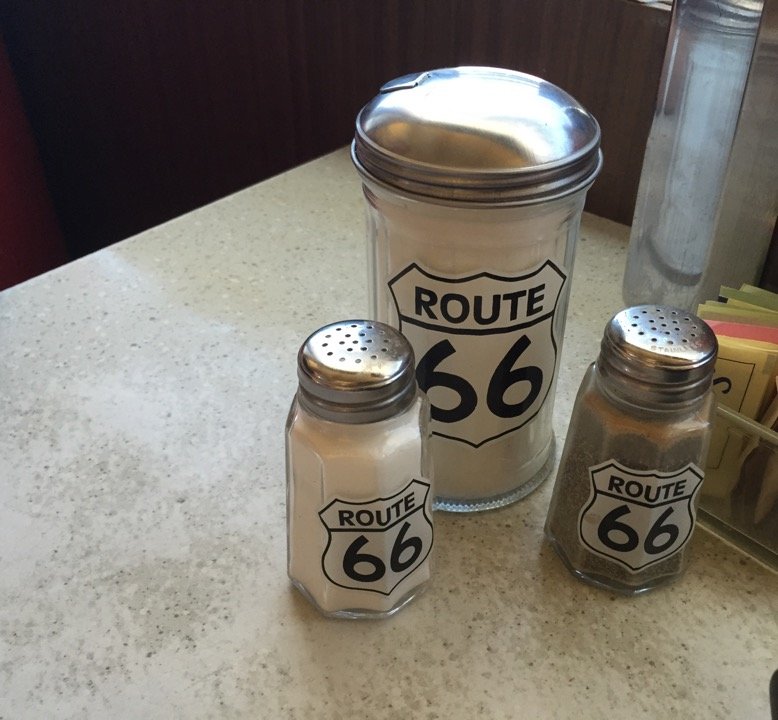 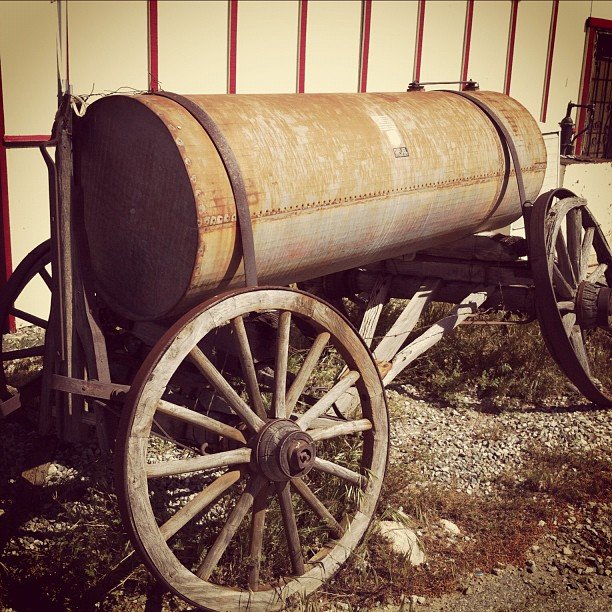